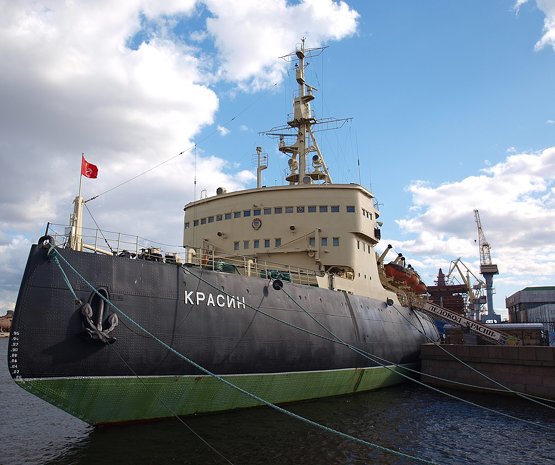 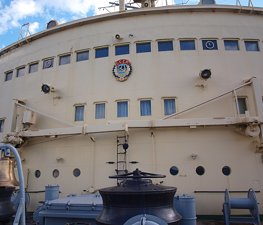 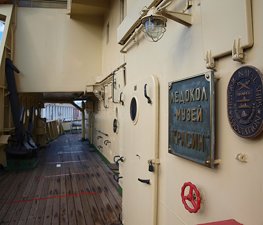 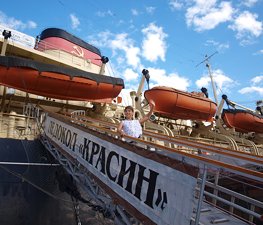 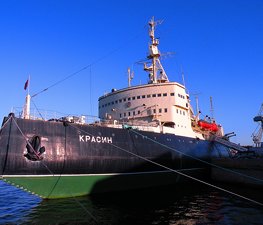 The first icebreaker Krasin (русский. Красин) was built for the Imperial Russian Navy as Svyatogor. She had a long, distinguished career in rescue operations, as well as a pathfinder and explorer of the Northern Sea Route. She has been fully restored to operating condition and is now a museum ship in Saint Petersburg.

The icebreaker was built by Armstrong Whitworth in Newcastle upon Tyne under the supervision of Yevgeny Zamyatin. The vessel was launched as the Svyatogor on 3 August 1916 and completed in February 1917. Up to the beginning of the 1950s she remained the most powerful icebreaker in the world.

During the allied intervention against the Bolsheviks in Northern Russia (1918-19) she was scuttled by the Royal Navy. They raised her for use in the White Sea and later brought her to Scapa Flow for minesweeping.

Svyatogor was returned to the USSR under the Krasin trade agreement in 1921. In 1927 this icebreaker was renamed by the Soviet government to honor the recently deceased politician and diplomat Leonid Borisovich Krasin.

Perhaps the most famous duty the Krasin performed was rescuing the expedition of downed balloonist General Umberto Nobile close to the North Pole, during his failed Italian Polar expedition in 1928. Later in the same year, Krasin rescued German passenger ship Monte Servantes, with 1835 passengers on board, after it hit an iceberg and its hull was severely damaged.

In 1933 Krasin became the first vessel to reach the inaccessible northern shores of Novaya Zemlya in the history of navigation. In the 1938, the Krasin rescued Icebreaker Lenin and her convoy, trapped in ice at the end of the previous summer.

During World War II, Krasin participated in many Russian convoys. In 1941 the US Government entered into negotiations with the Russian Government for the purchase or lease of one or more of their modern ice breakers for use by the US Coast Guard on the east coast of Greenland. The Krasin was offered, crossed the Pacific and passed through the Panama Canal to Bremerton, Washington. She was surveyed and found to be in need of repairs totalling about $500,000. Funds were allocated from President Franklin D. Roosevelt's "Emergency Fund for the President", but negotiations came to an abrupt end on 25 November 1941. Although the Krasin never served in the Coast Guard, the service gained valuable knowledge about icebreakers that was put to use in the design of the Wind class icebreakers.

She continued her journey to Great Britain, where she was armed with surface and anti-aircraft guns and proceeded to Reykjavik, Iceland to join convoy PQ-15. She escorted the convoy through the North and Barents Seas, around the Kola Peninsula and into Murmansk. In 1942 the Krasin and Lenin were spotted at the Mona Islands in the Kara Sea by a Kriegsmarine plane during Operation Wunderland. Heavy cruiser Admiral Scheer rushed to find them, but providential bad weather, fog and ice conditions saved the icebreakers from destruction.Шаблон:Fact

Between August 1953 to June 1960, under the East German war reparations program, Krasin was extensively reconstructed at VEB Mathias-Thesen-Werft, Wismar, Germany. Until 1971 she served the Arctic Northern Sea Route. Then the icebreaker was used as an Arctic scientific vessel. As of 1998, she was owned by the International Fund for the History of Science, Murmansk and registered at St. Petersburg, where she is docked as a floating museum.

After the war, the historic icebreaker took an active part in research expeditions in the Polar Ocean and led Soviet cargo convoys through the polar region. Rather than being destroyed (like the Icebreaker Yermak) to make way for more modern ships, the Krasin was preserved and restored. The vessel is now a museum ship in Saint Petersburg, the only icebreaker maritime museum commemorating the Arctic convoys. She has been fully restored to operating condition and there are plans to sail her to various European ports.

An island in the Nordenskiöld Archipelago was named after this icebreaker. Postage stamps and a coin have been issued in her honor.

Ivan Braun
Built by British, armed by Americans and modernized by Germans. Krasin had more surgery than Michael Jackson )

Erarta is the largest private museum of contemporary art in Russia,

The USS Hornet Museum is a museum ship in Alameda, California, USA.

USS Alabama (BB-60), a South Dakota-class battleship, was the sixth 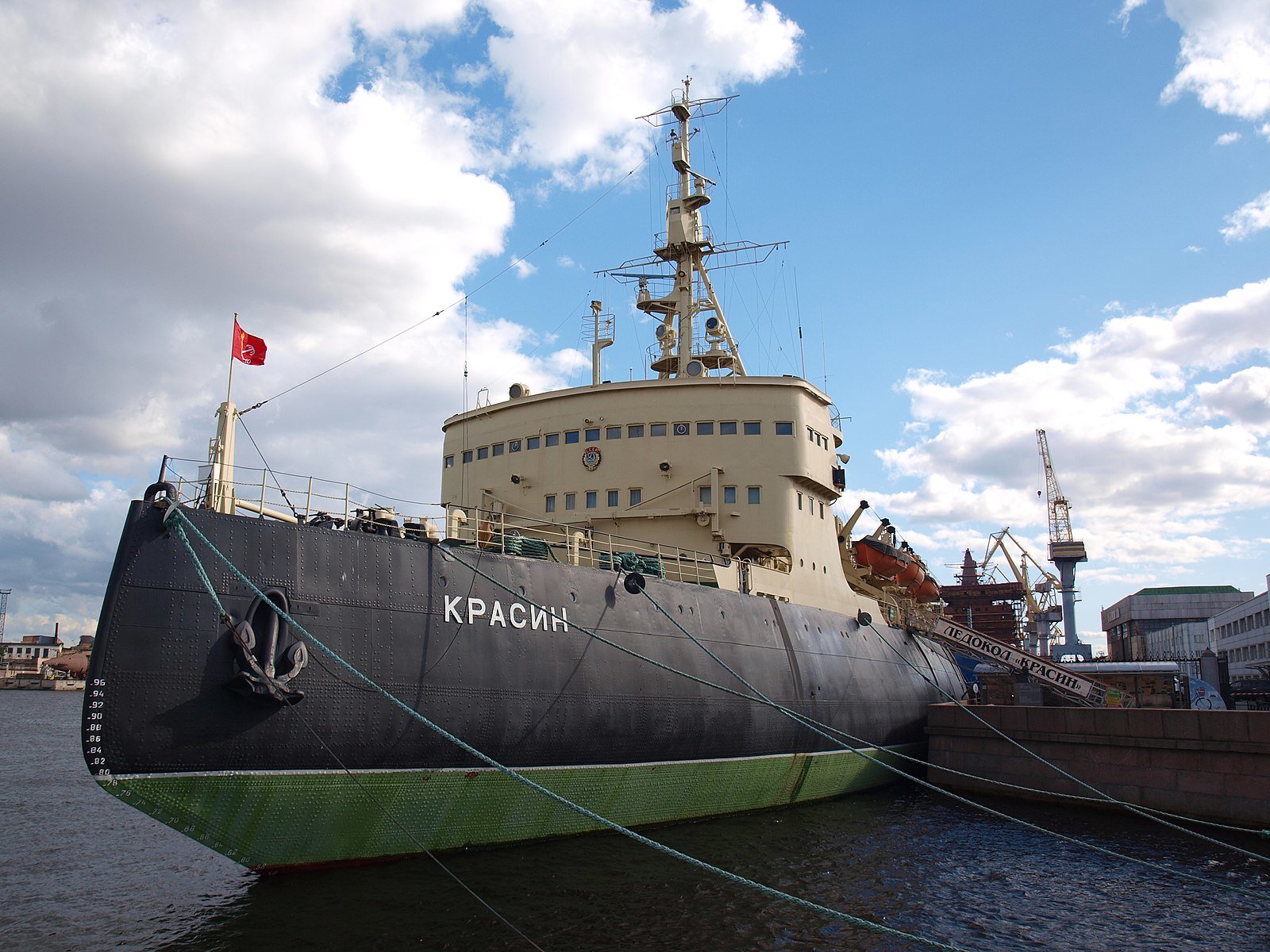 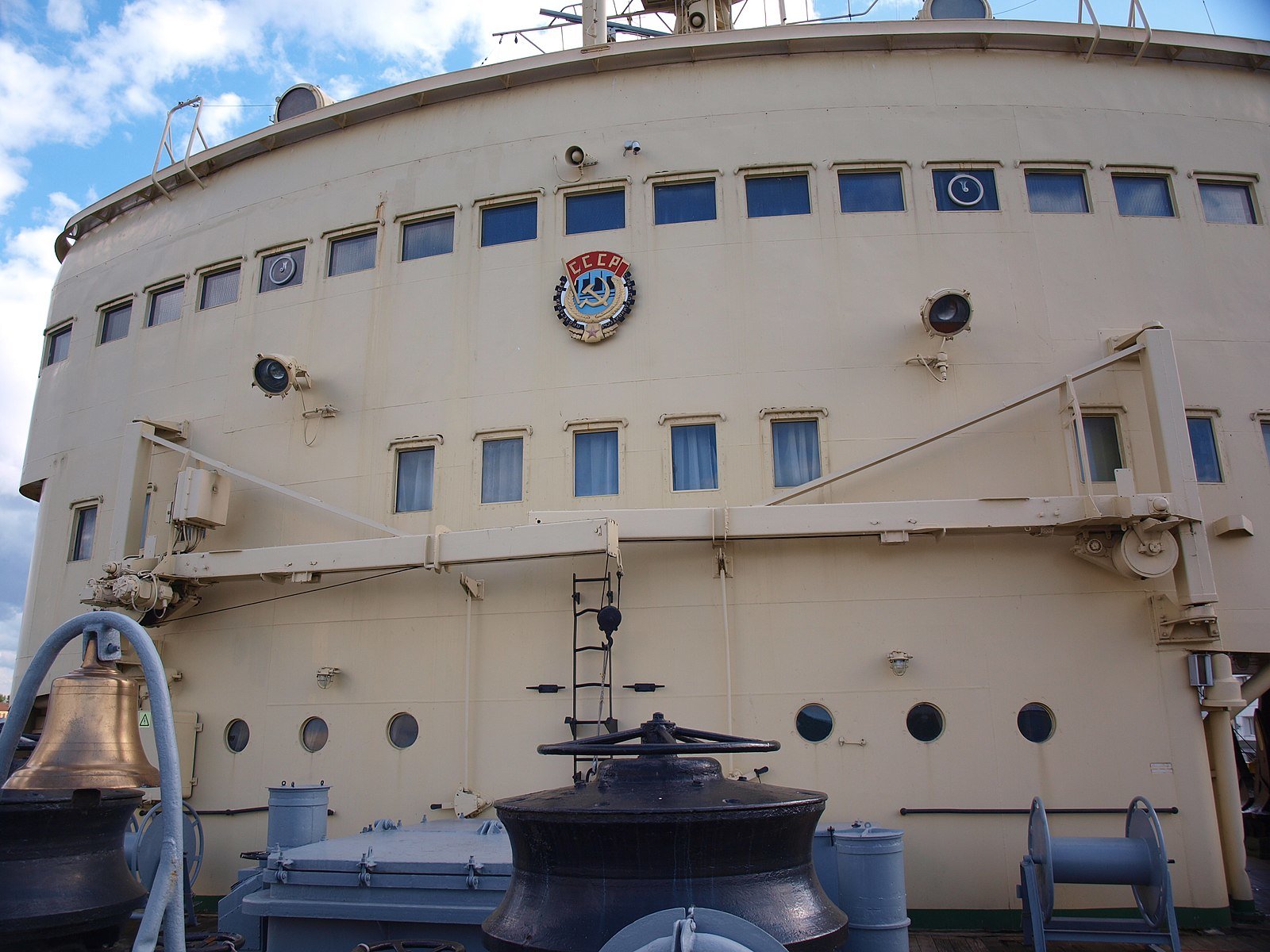 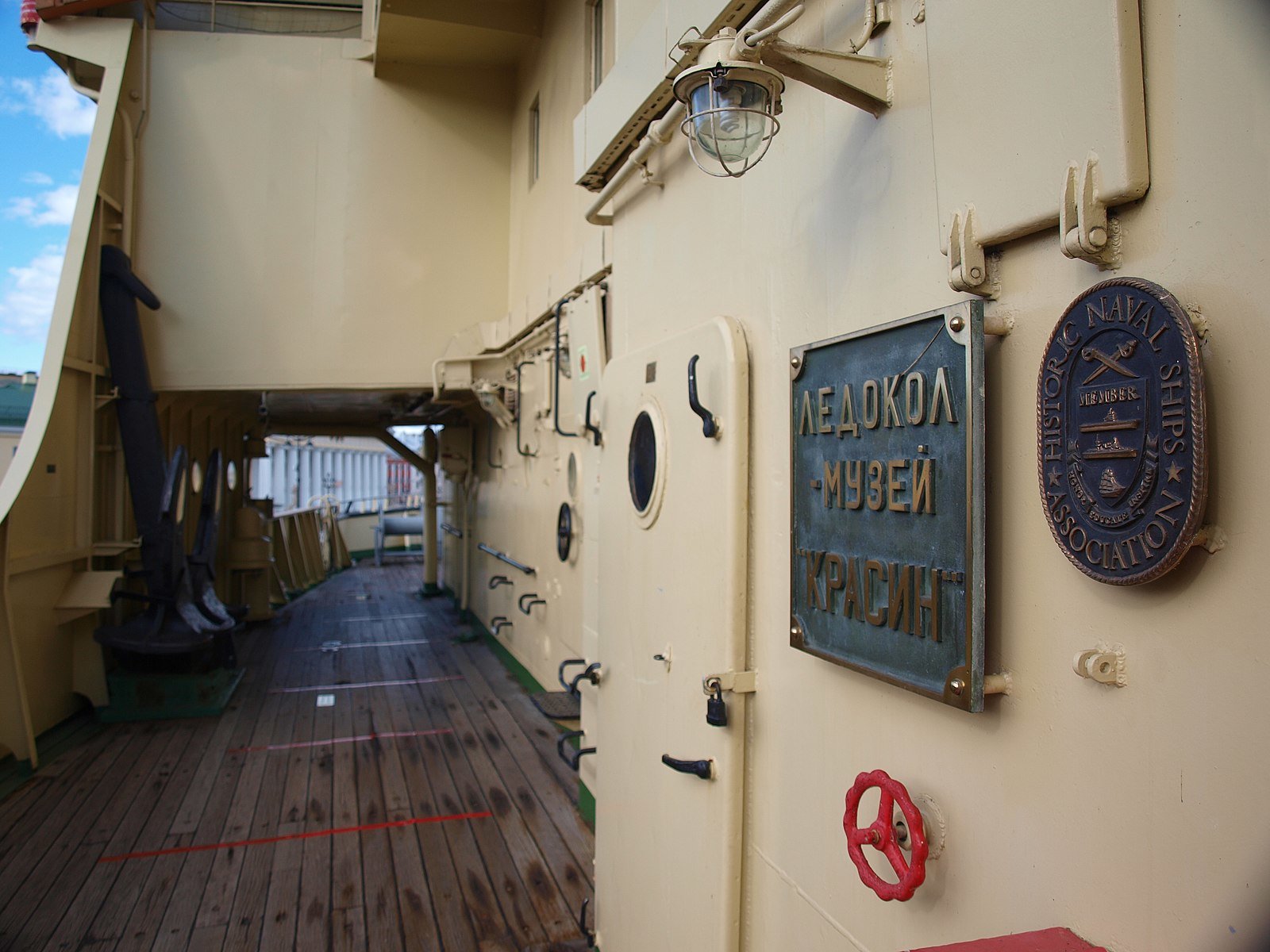 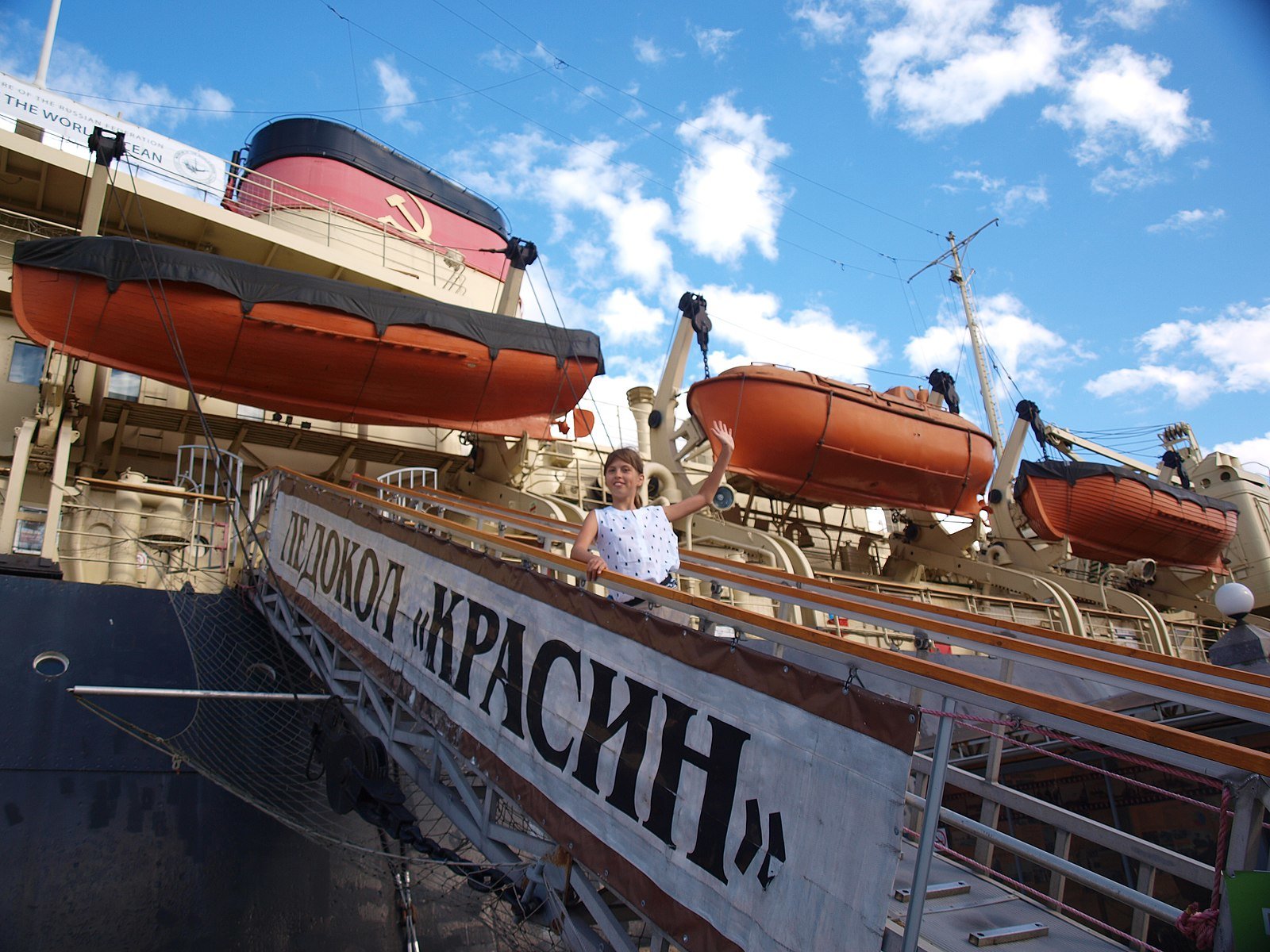 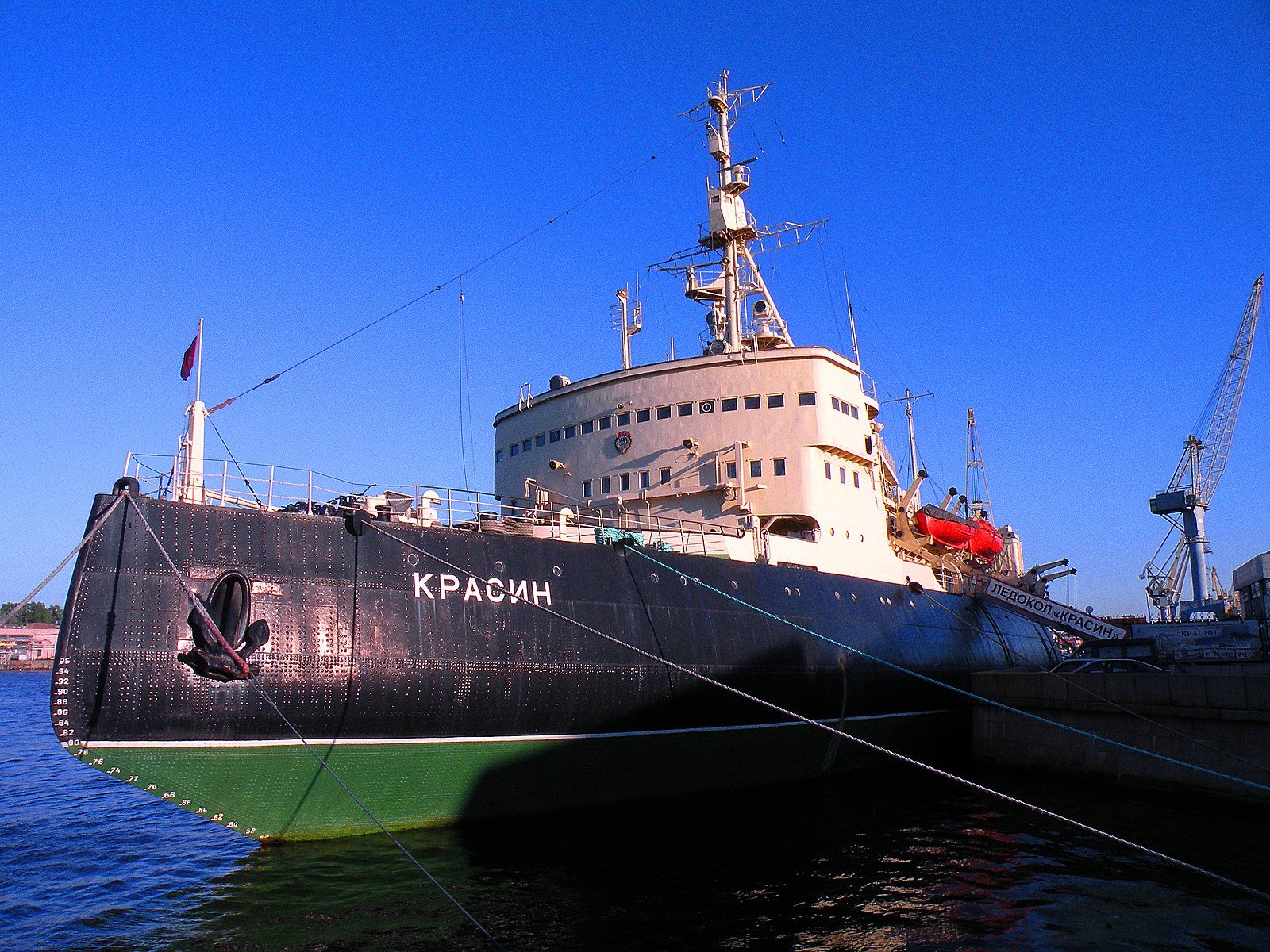 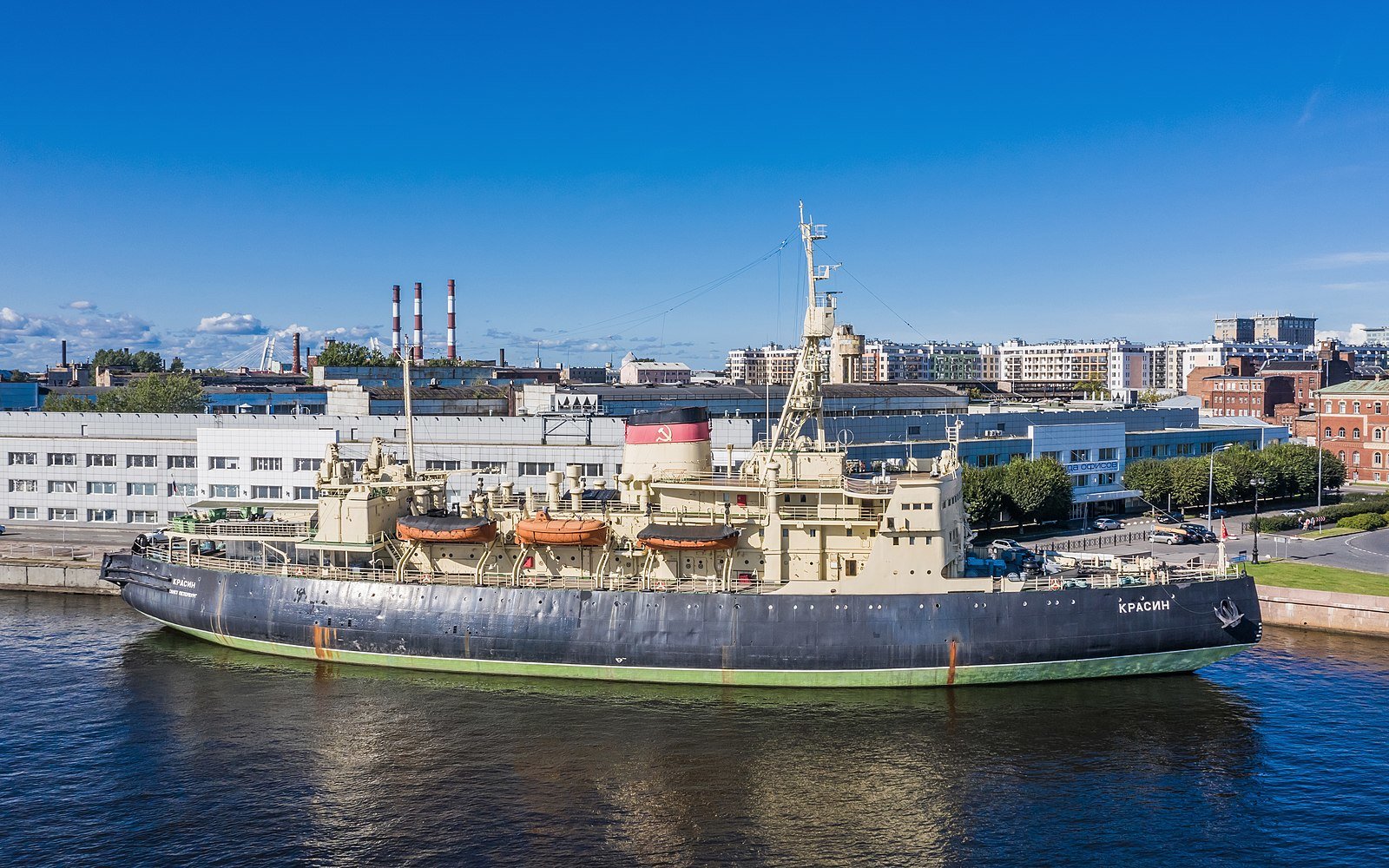 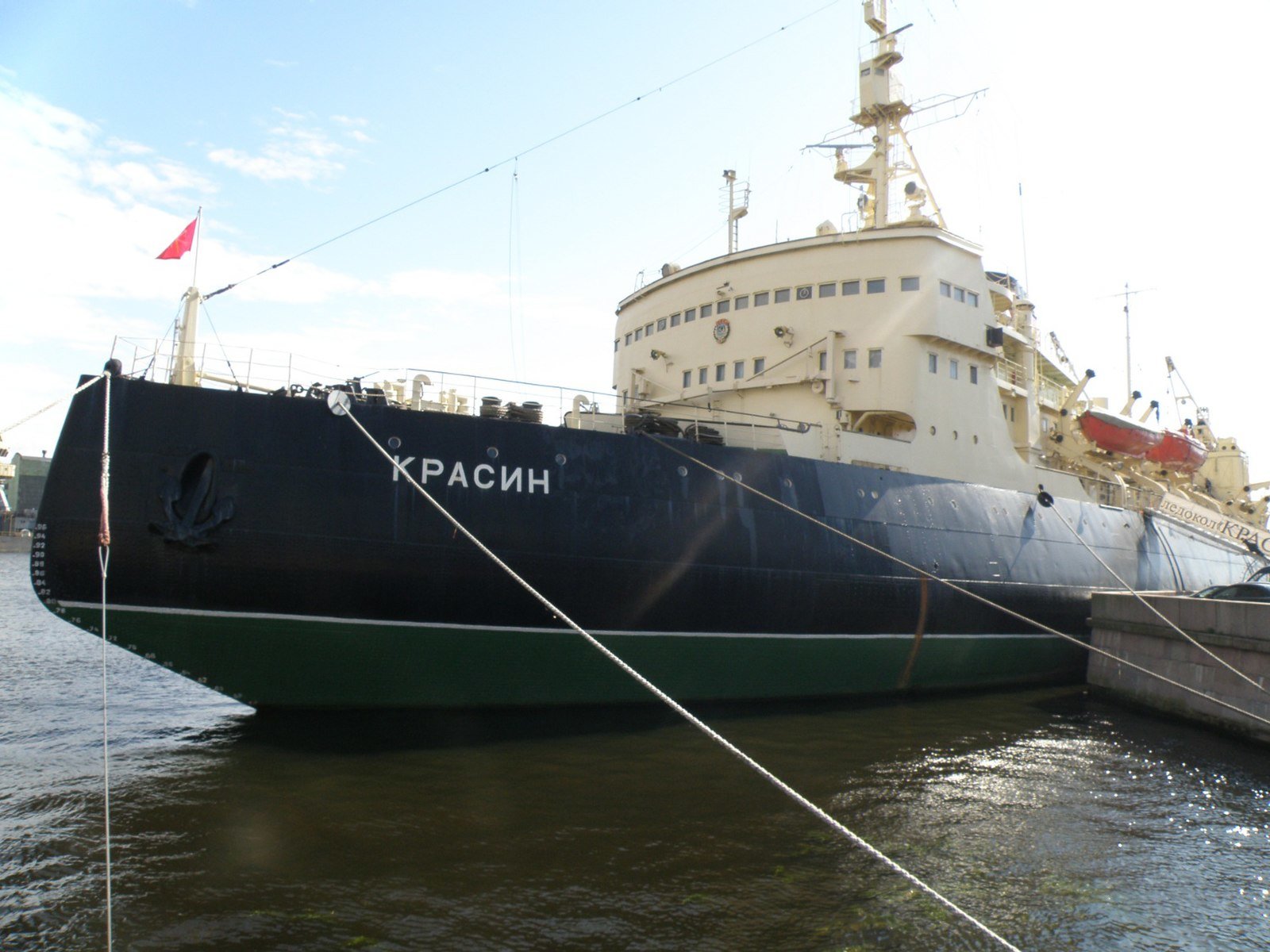 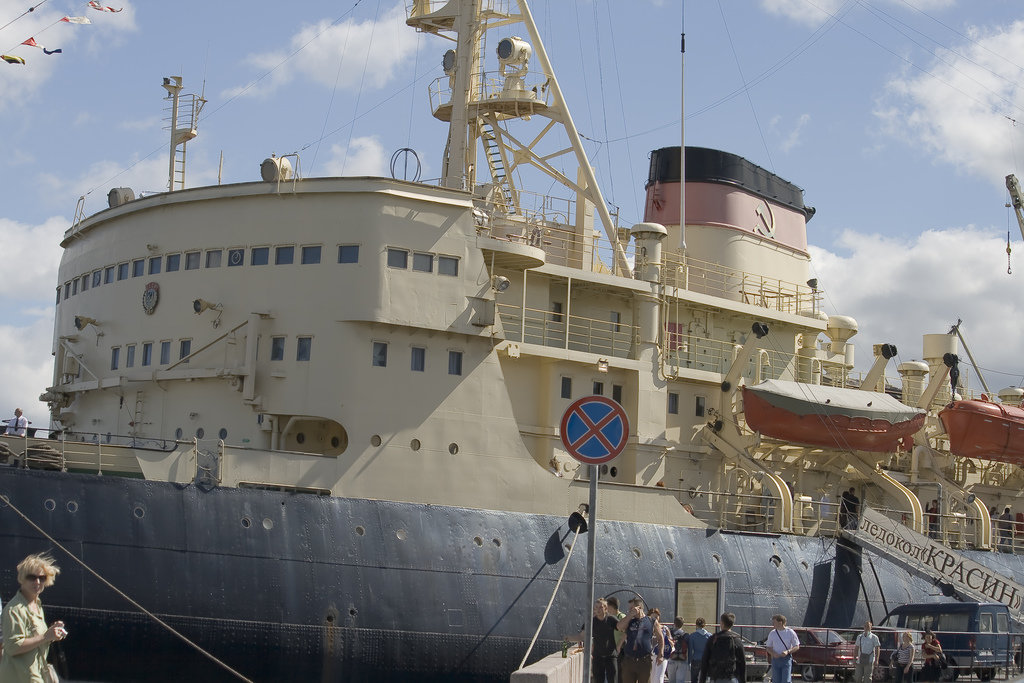 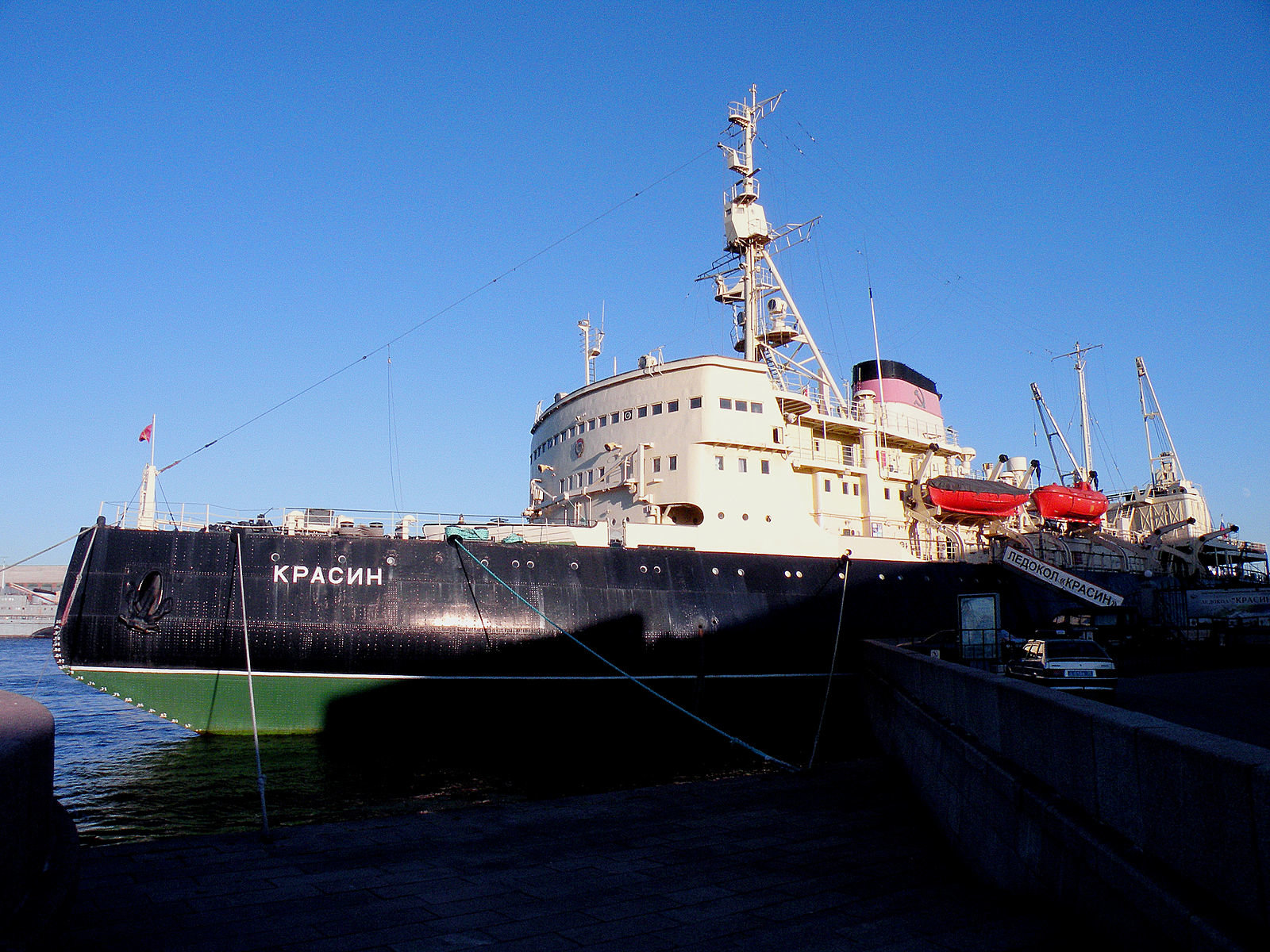 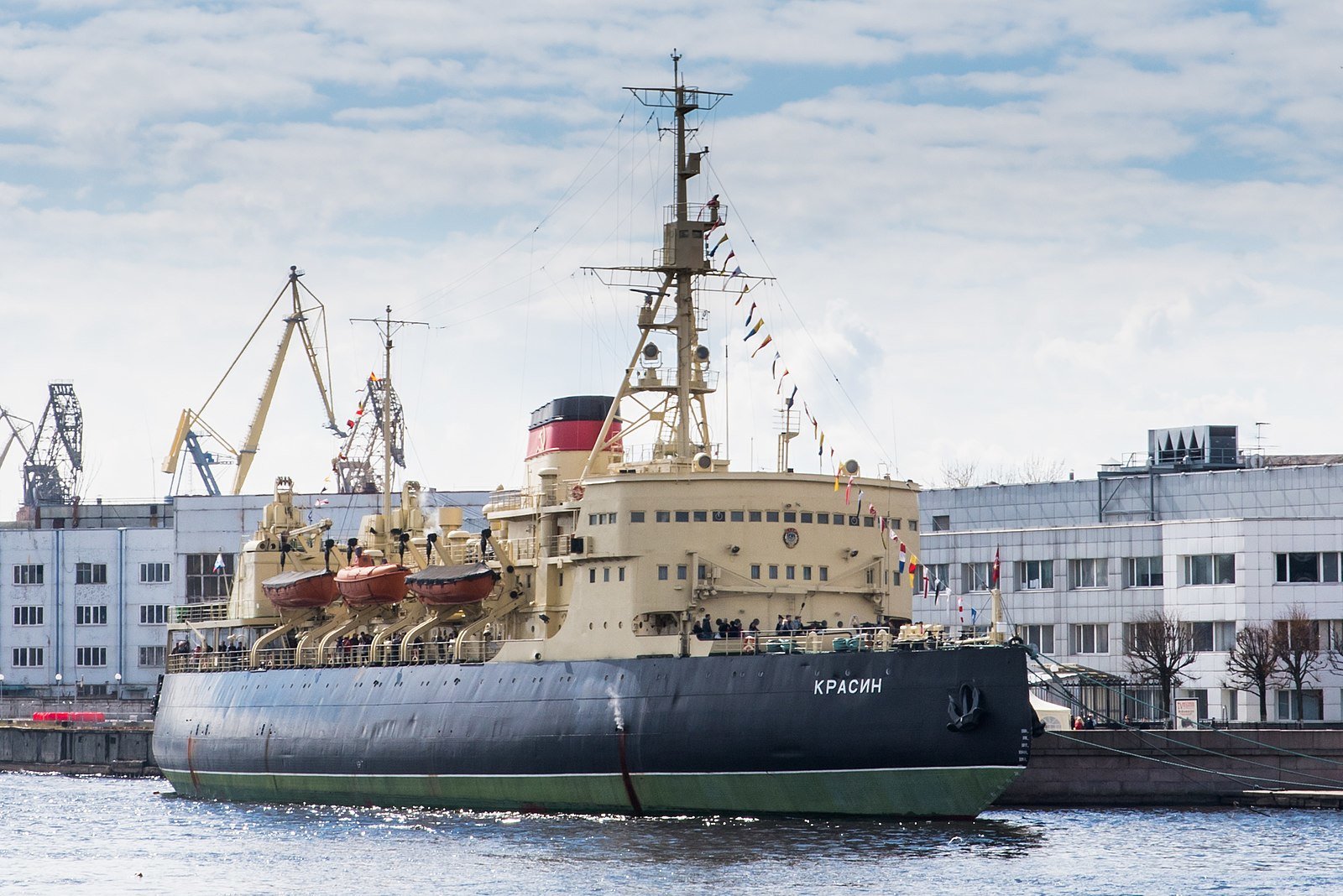 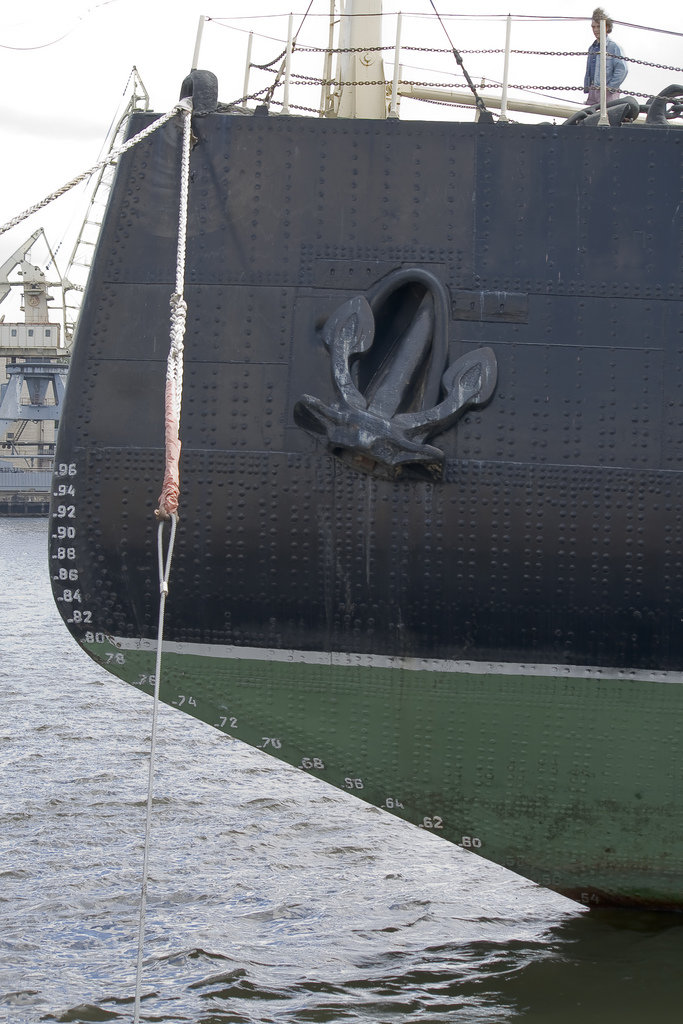 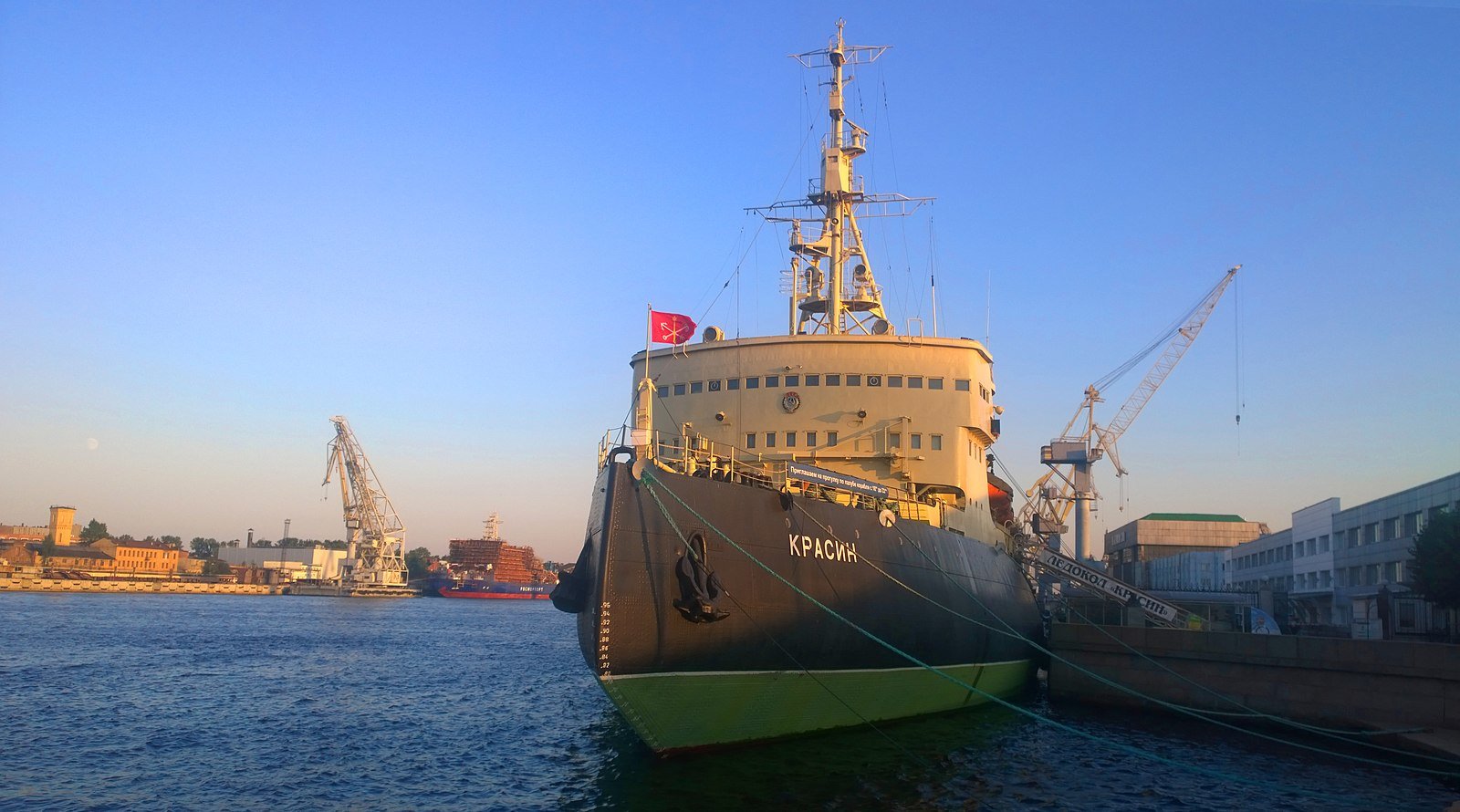 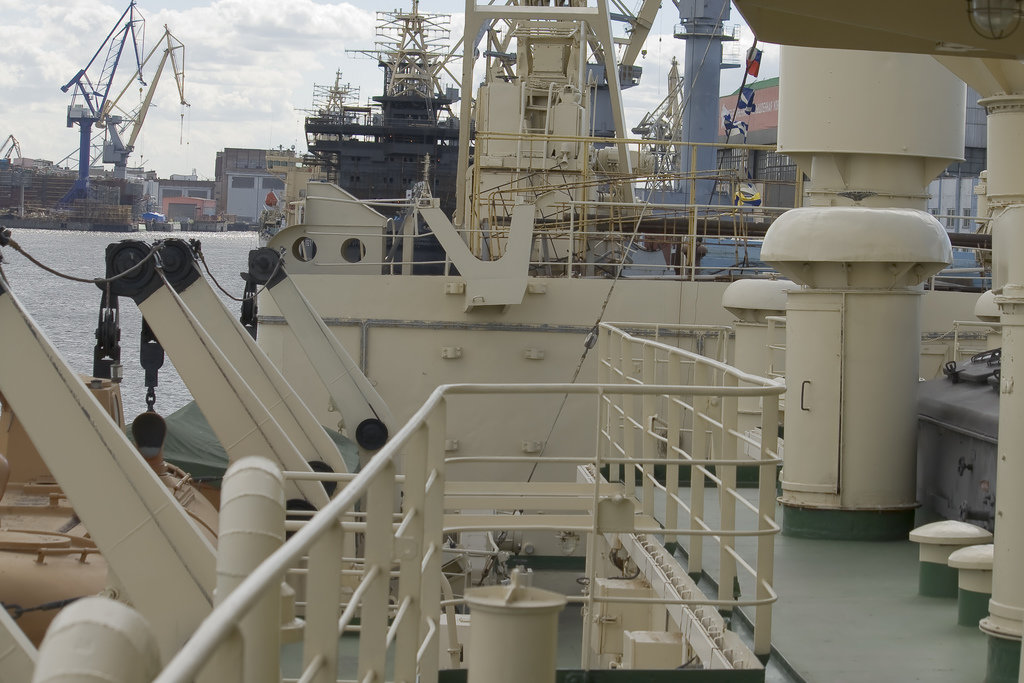 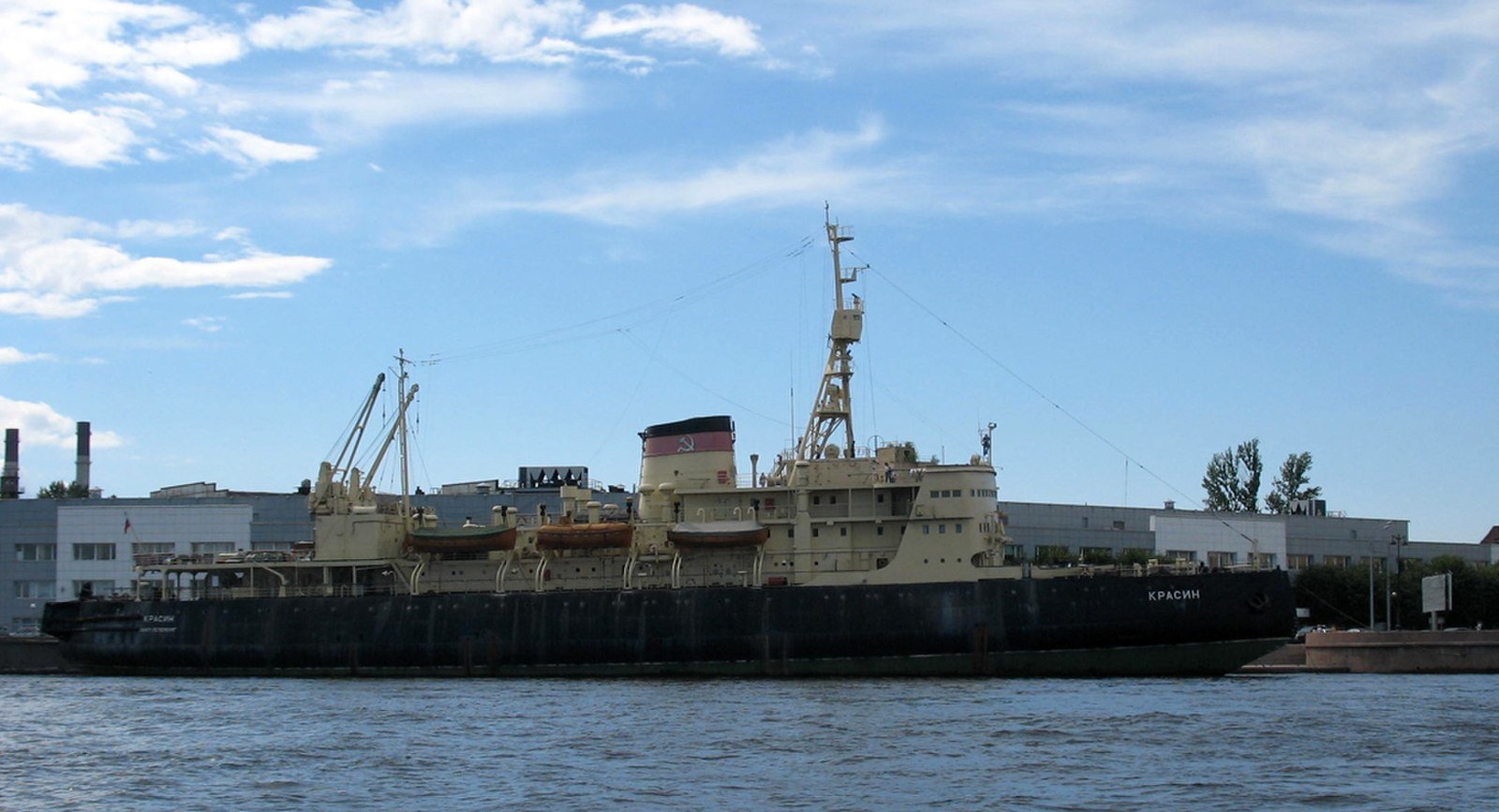 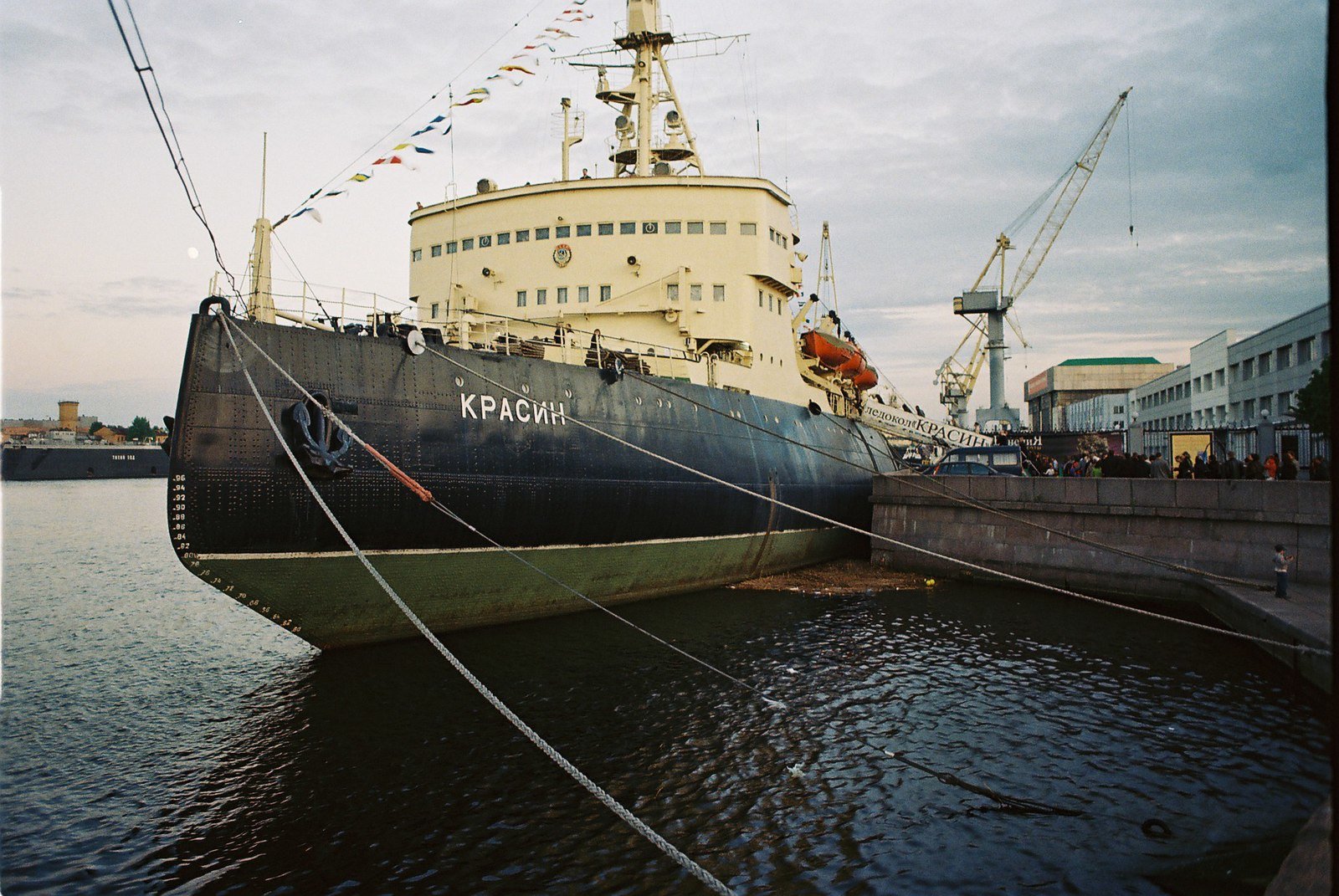 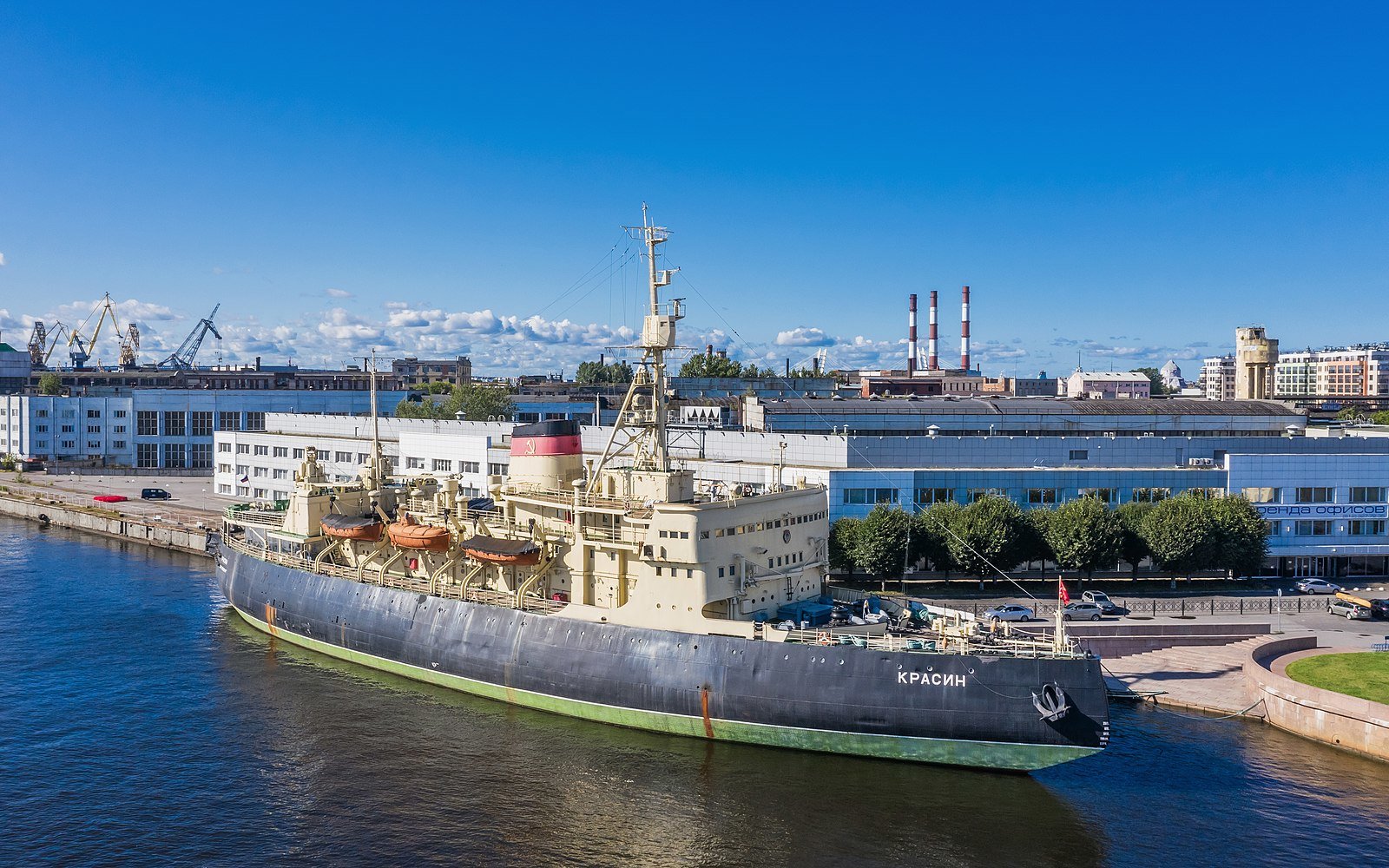 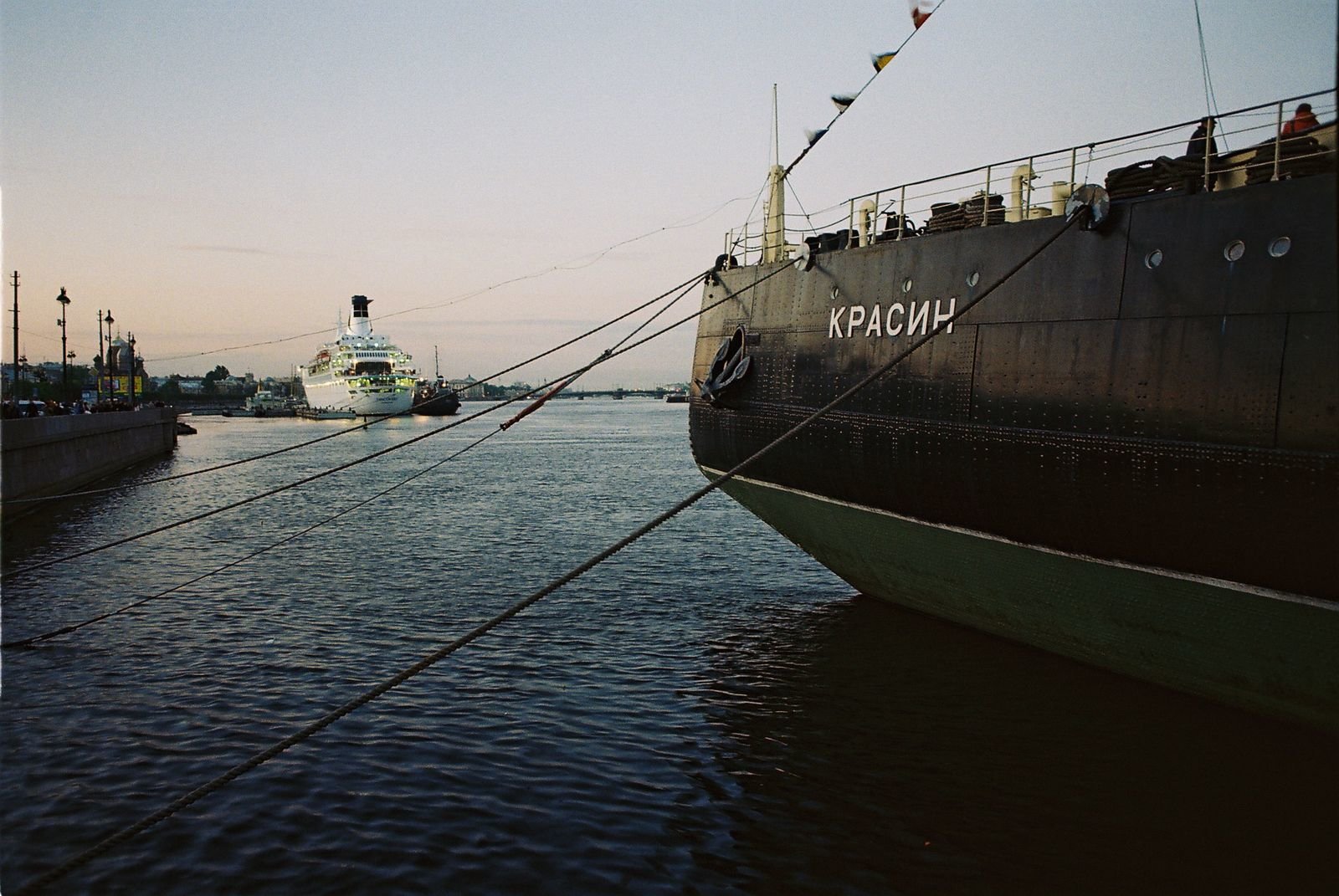 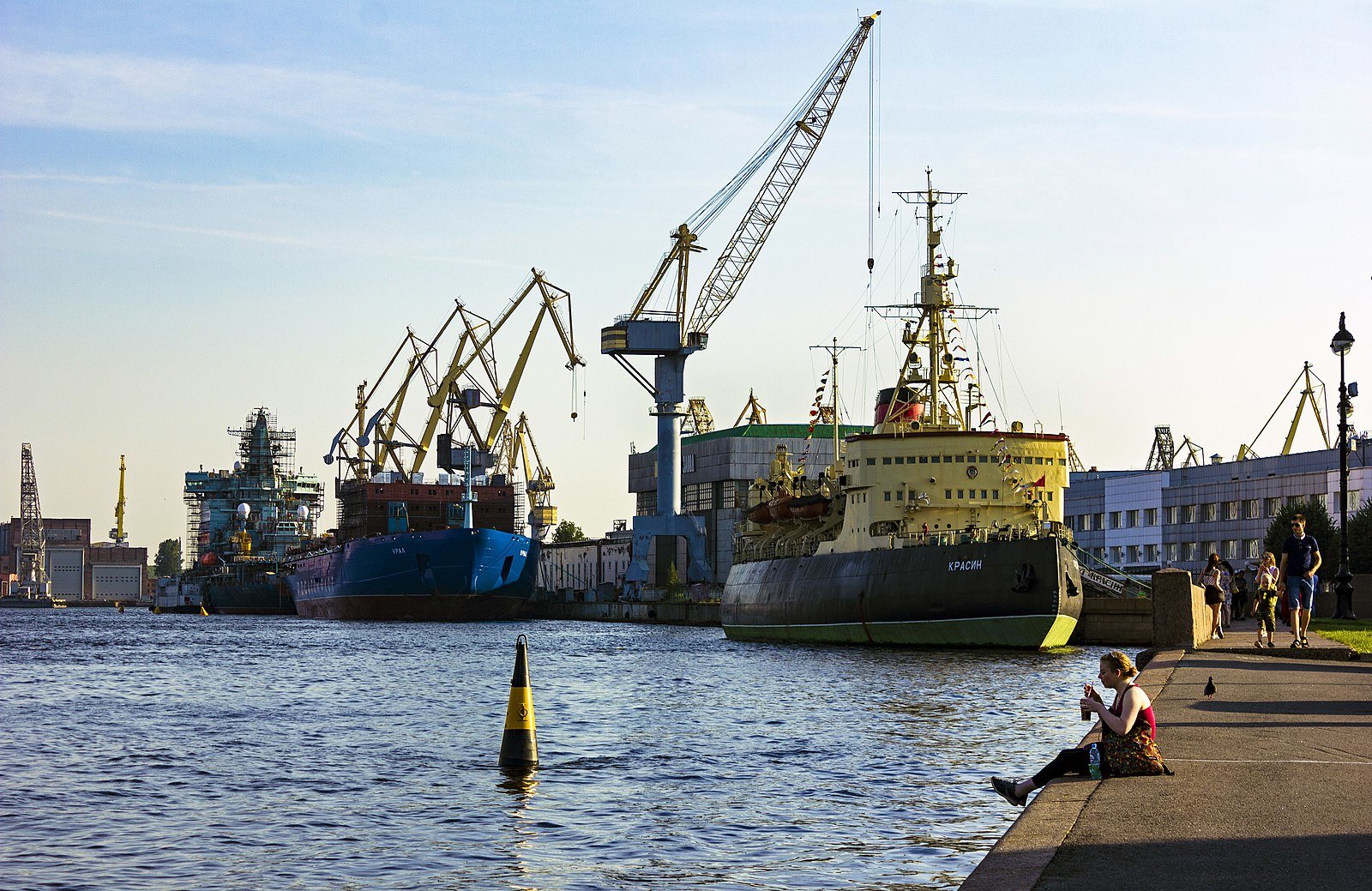 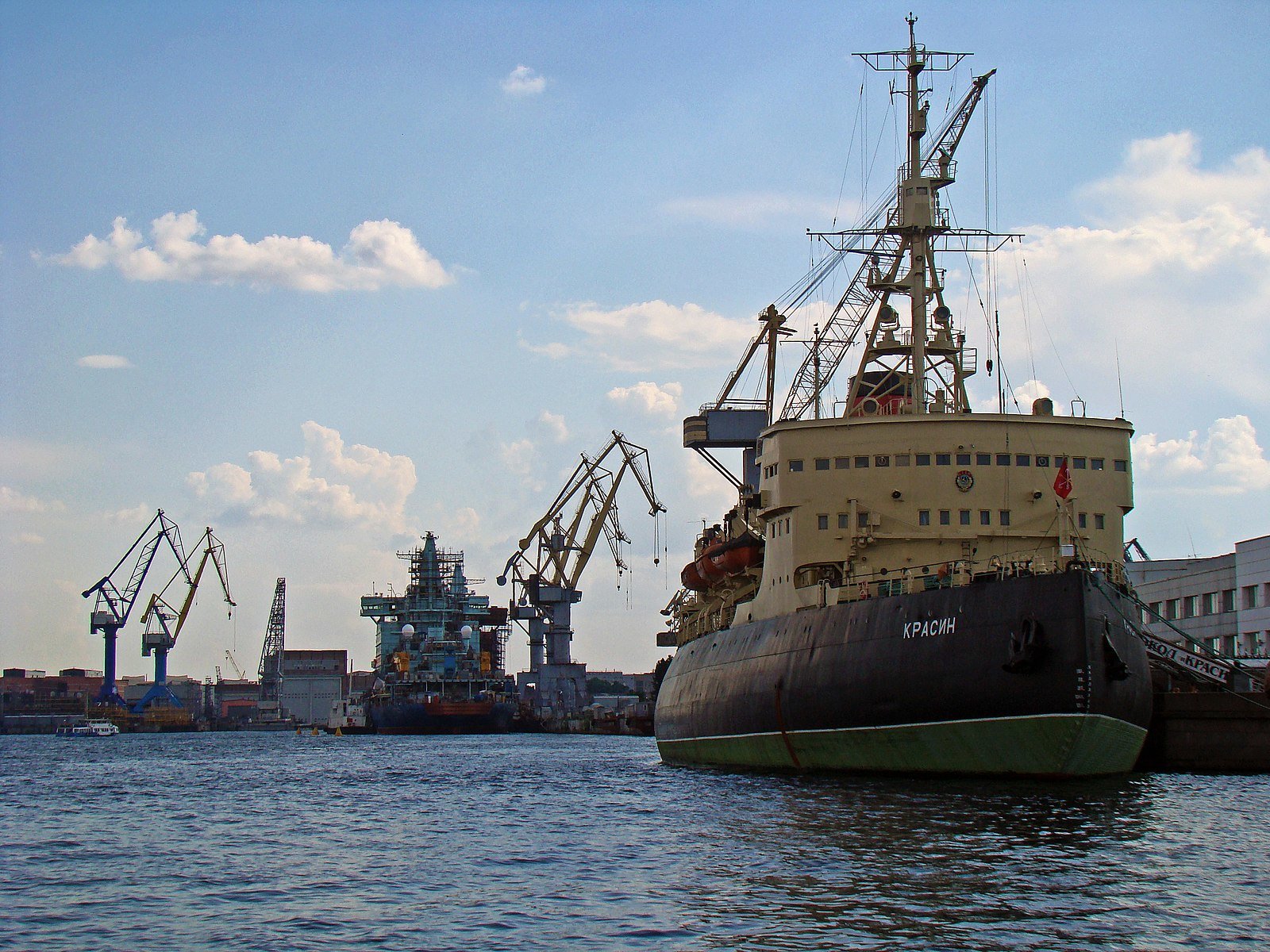 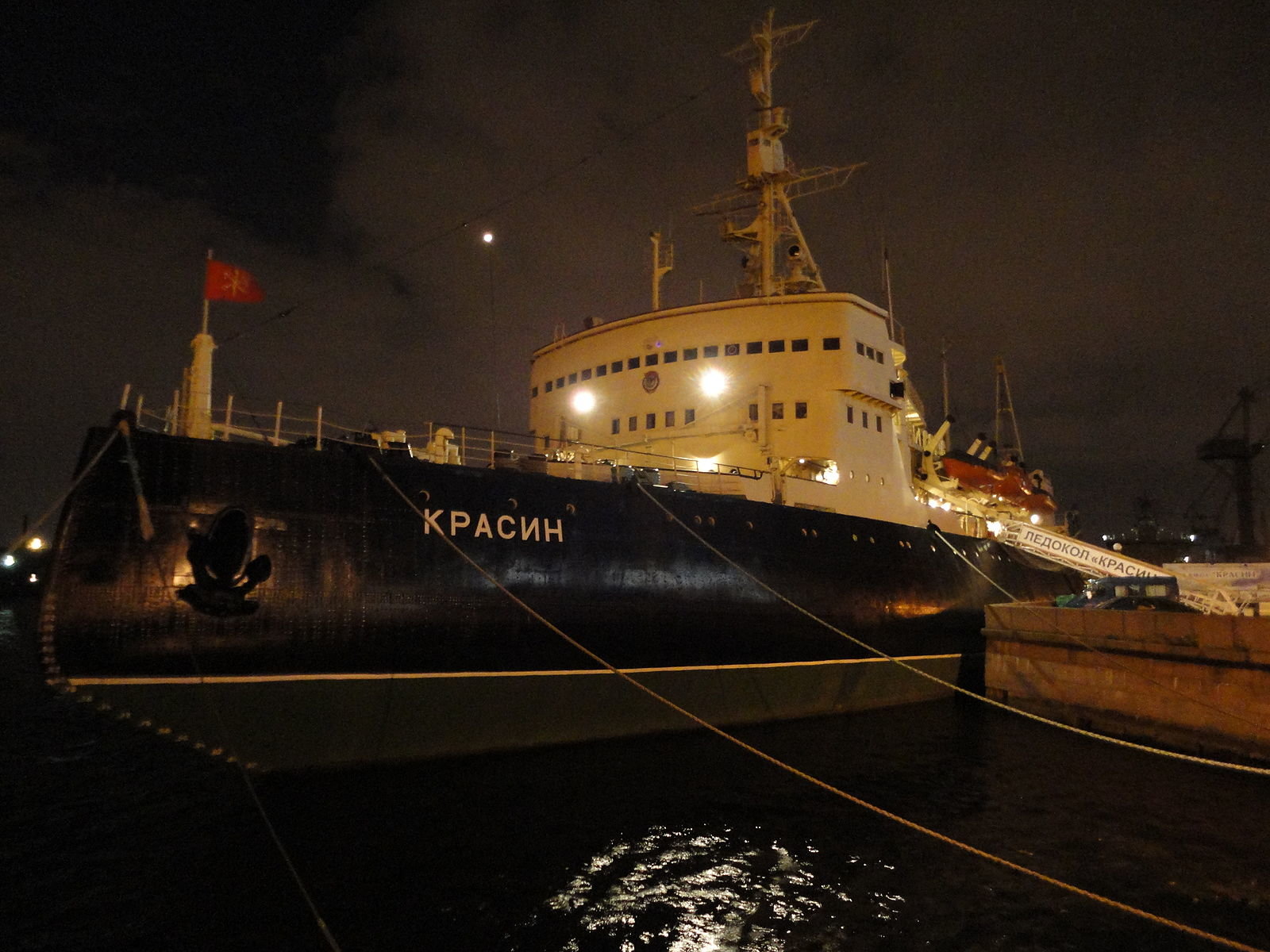 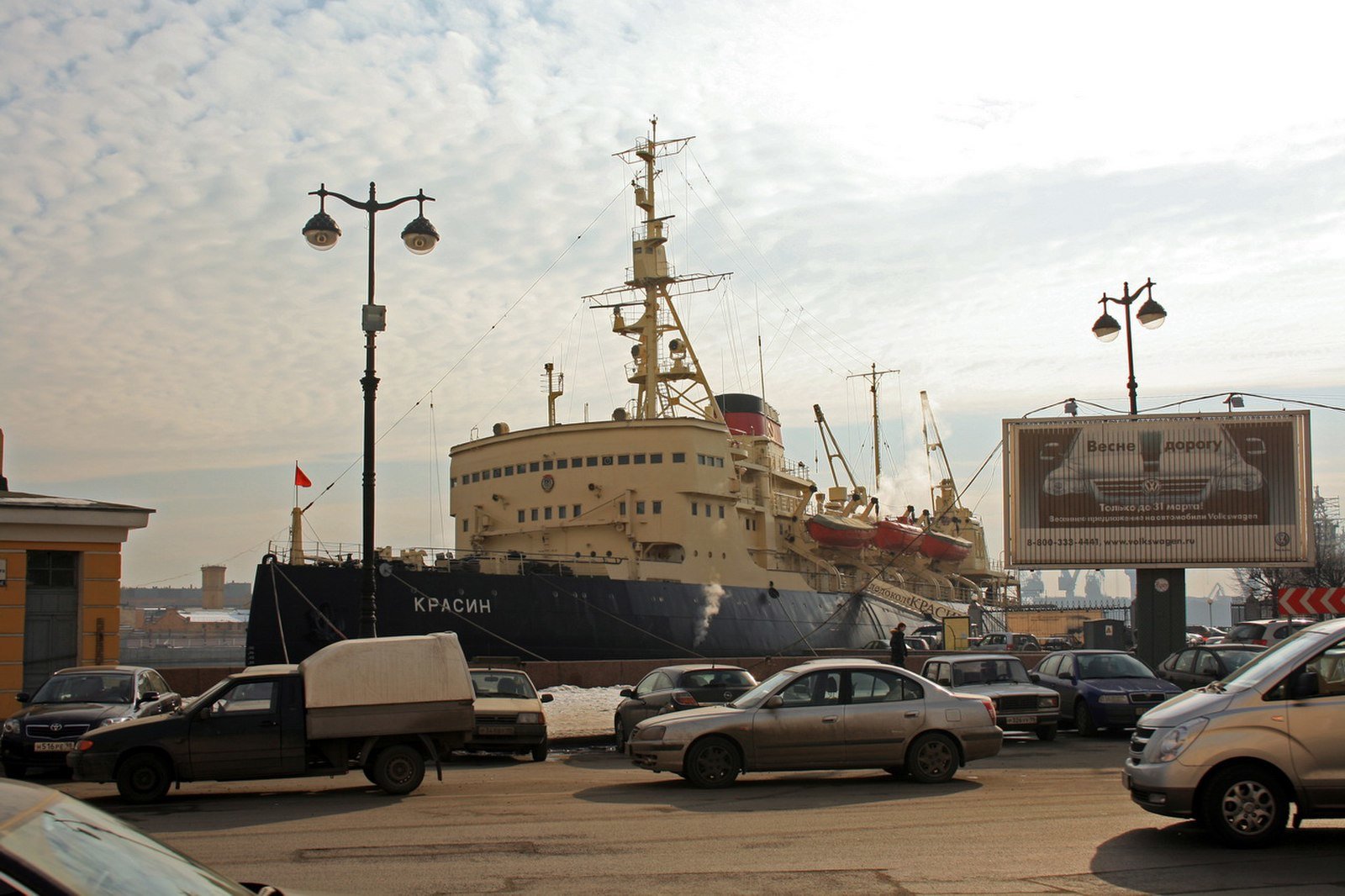