×
What are you looking for?
See all results
Archaeological sites in Kernavė 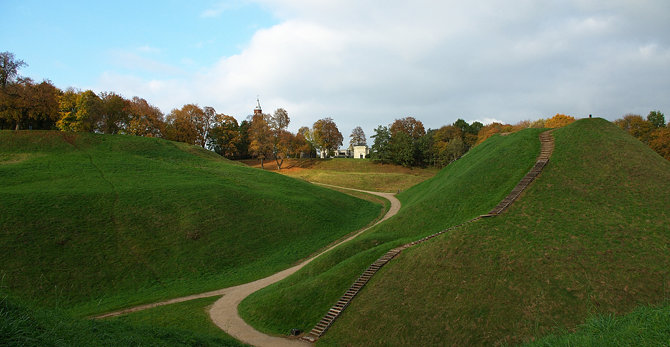 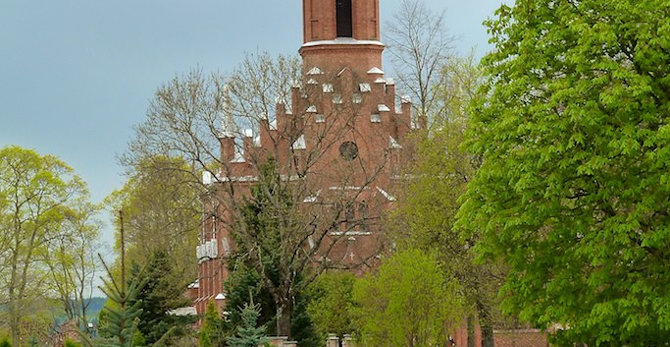 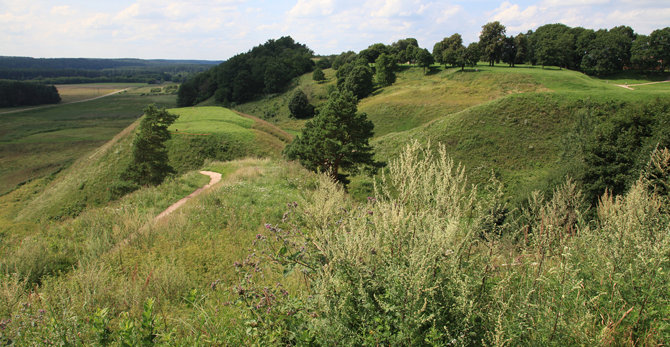 Kernavė a medieval capital of the Grand Duchy of Lithuania, today is a tourist and archeological village (with population of 318 as of 1999) in Širvintos district municipality in southeast Lithuania. A Lithuanian state cultural reserve was established in Kernavė in 2003.

Kernavė is situated near the bend of the Neris and the Pajauta valley, next to the area of historic hillfort mounds, piliakalnis.

Kernavė is situated on the right bank of the river Neris, on the upper Neris terrace. The distance to Širvintos is 21 kilometres, to Vilnius - 37 km. It is close to the Vilnius-Kaunas (18 km) and Vilnius-Panevėžys (17 km) highways. It is possible to travel to Kernavė from Vilnius by the river Neris.

Kernavė is at the center of one of the Lithuanian districts. The southern part of the town borders on a nature reservation.

The area of Kernavė was sparingly inhabited at the end of the Paleolithic era, with the number of settlements significantly increasing in the Mesolithic and Neolithic eras.

The town was first mentioned in 1279, when, as the capital of the Grand Duke Traidenis, it was besieged by the Teutonic Knights. In 1390, the knights burned the town and its buildings in the Pajauta valley, including the castle. After this raid, the town wasn't rebuilt, and the remaining residents moved to the top of the hill instead of staying in the valley.

In later years, the remains of city were covered with an aluvian earth layer, that formed wet peat. It preserved most of the relics intact, and it is a treasure trove for archaeologists, leading some to call Kernavė the "Troy of Lithuania".

The site became the subject of wider interest again in the middle of 19th century, when a romantic writer, Feliks Bernatowicz, depicted the area in his novel "Pojata, córka Lizdejki" ("Pajauta, the Daughter of Lizdeika", Warsaw, 1826). The hillforts were soon excavated by the Tyszkiewicz brothers and then by Władysław Syrokomla (1859). After the Second World War, the excavation works were restarted by Vilnius University in 1979, and then again by the Lithuanian Institute of History between 1980-1983. The State Cultural Reserve of Kernavė was created in 2003.

Next to the present-day church is the churchyard of the old churches. The foundations of the church built in 1739 have been excavated. This wooden church was moved in 1935 to Krivonys. A concrete monument with a cross erected in 1930 during the celebrations of the 500th anniversary of Vytautas death serves as a reminder of the Vytautas Church built in 1420.

In the grounds of the ancient churches, from the 15th to the 19th century, the people of Kernavė were buried. Two chapels stand nearby. The wooden chapel is an example of folk architecture. It is believed that it was built at the end of the 13th century on the Kernavelė estate, and moved to the Kernavė church. At the end of the 19th century the church used it as a storehouse. In 1920 a new church was built, and the chapel staffed to decay, since it was no longer part of the church. In 1959 it was repaired, and in 1993-1994 restored. The building belongs to the Kernavė parish. It is used to display exhibits of wooden church sculpture.

The brick chapel from the 19th century houses the mausoleum of the Romer family. It was built in 1851-1856 by the landowner Stanisław Romer. The chapel is built of brick and plaster, and is an example of late classicism. It is small and has an octagonal plan, which is unusual for classicism. Inside, there is an opening in the floor which leads to the crypt. Coffins were bricked into its niches. Inside the chapel the altar's mensa, built of stones, has survived. Along the side walls there are black benches. Memorial plaques with the Coat of Arms and names of the members of the Riomeriai family are attached to the walls. After the First World War the chapel was neglected. It was repaired in 1959 and 1987. At the present time the chapel belongs to the Kernavė parish.

Both chapels are situated in the Kernavė archaeological and historical reservation. The present-day church was built between 1910 and 1920. Neo-gothic elements are dominant in the architecture.

During the 1980s, on the initiative of Monsignor Česlovas Krivaitis, the churchyard was repaired, new gates were built and the altar and interior were restored. The churchyard is decorated with Stations of the Cross, arranged by the artist Jadvyga Grisiūtė. In the churchyard there are two monuments built to commemorate the 600th anniversary of Christianisation and the 700th anniversary of the first mention in written sources of the name of Kernavė. The first monument depicts a hearth and a sword, the transition from Paganism to Christianity; the second, a knight with a sword standing between the city gates, the main part of the town Coat of Arms. Millstones are incorporated into the structures of both monuments. The grave of the priest, writer and promoter of the history of Kernavė, Nikodemas Švogžlys-Milžinas is near the monument commemorating the 700th anniversary of Kernavė.

In the church there are several valuable pieces of art. The altar, two paintings, two sculptures, a small altar, three glasses and the bell are listed. The Neo-baroque altar is in the side nave. In its center is the painting Maria, on its sides are columns and sculptures of St. Peter and Saint Paul. Another five smaller sculptures depict St. Mary, two angels and two saints. All the sculptures belong to the Baroque style. The polychromatic architectural details of the altar are imitation marble, their features are bronze.

The painting Marija Škaplierinė (canvas, oil, metal, 220x120 cm) is on the altar in the central nave. It was painted in 1816 and depicts the Mother and Child, God the Father, and the Holy Spirit (a dove). The painting The Holy Family (canvas, oil, 143x104 cm) comes from the 18th century. The painting shows the Mother and Child and a lamb. In the background is St. Joseph; above are angels. The composition is asymmetric, and has several lines of perspective.

In the presbytery is an exhibition of the way of life of parishioners, and historic and holy relics. In 1987 a museum of sacramental relics was opened in the old presbytery building. At the parish hall the pre-war sculpture of the Iron Wolf has been rebuilt. The cultural activities of the church contribute much to the general historical and cultural life of Kernavė. A wide pavement leads from the town centre to the church. The State Kernavė Archaeological Historical Museum and the district office have moved into the cultural center (architect A. Alekna).

The Kernavė Primary School, is a two-story building built in 1929. Here, on December 28, 1930, the teacher J. Šiaučiūnas opened the first exhibition of the museum. He devoted his life to educational and cultural work at this school until his deportation on June 14, 1941 by Soviets. He died in Siberia on October 17, 1943. In 1998 the school was repaired and restored. In 1998, by decision of the Board of the Širvintos District, the Kernavė primary school was given the name of Juozas Šiaučiūnas. In 1999 the school, and in the year 2000 the Kernavė museum, celebrated the 70th anniversaries of their foundation.

The old architecture of Kernavė is best preserved in Vilnius and Kriveikiškio streets. In the central part of the town, the buildings are mainly from the postwar period. The settlement is in harmony with the natural beauty of its surroundings. To the south of the town is the Archaeological and Historical Reservation, the spectacular natural relief on both sides of the Neris.

Tourists can find the latest information about events and surrounding tourist attractions at Kernavė tourist information bureau. In summer Kernavė comes to life. Celebrations and folk festivals are organized. Archaeological expeditions have been held for more than 20 years, in which Lithuanian and foreign archaeologists, students, and school children take part.

Kernavė is also famous for its traditional Rasa festivals. As early as 1967 a group of university students held the very first Rasa festival, which later became a tradition. For several decades it was not only a way to clean the soul, but also to protest against the humiliation of national consciousness and the forced implantation of Soviet traditions. Attempts to prohibit this festival were not successful.

Kernavė is famous for national celebrations of Mindaugas coronation day on the 6th of July. On that day a festival is held, where medieval authentic crafts, war games and folk music are presented. The craftsmen come from around the Baltics and neighboring countries.

Trakai Island Castle is located in Trakai, Lithuania on an island on

Trakai Peninsula Castle is one of the castles in Trakai, Lithuania. It

Chogha Zanbil (فارسی. چُغازَنبیل) is an ancient Elamite complex in the 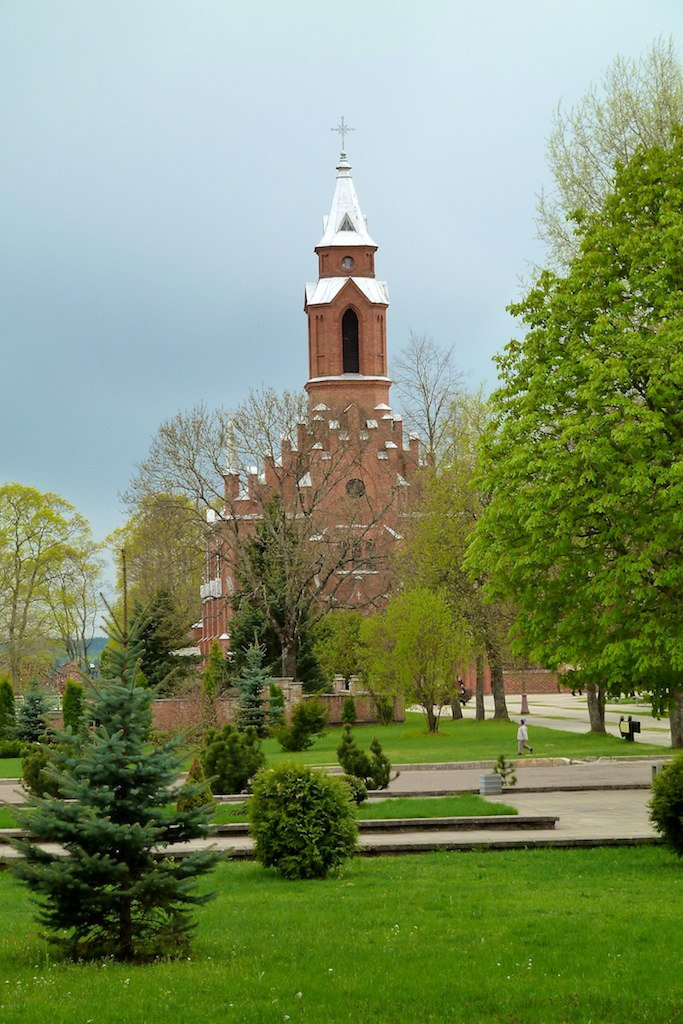 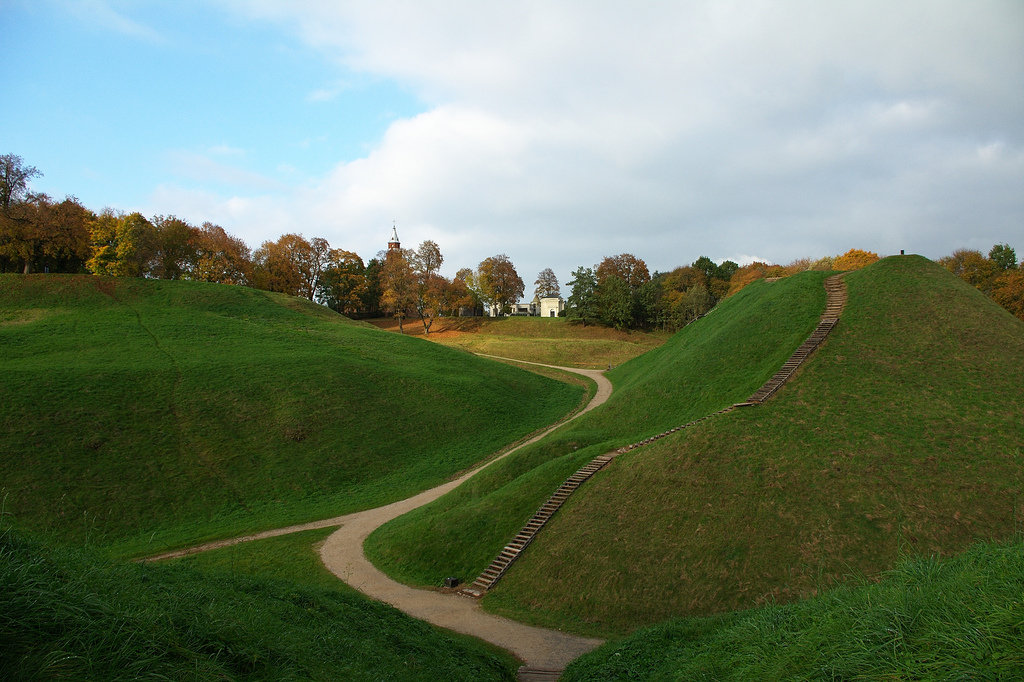 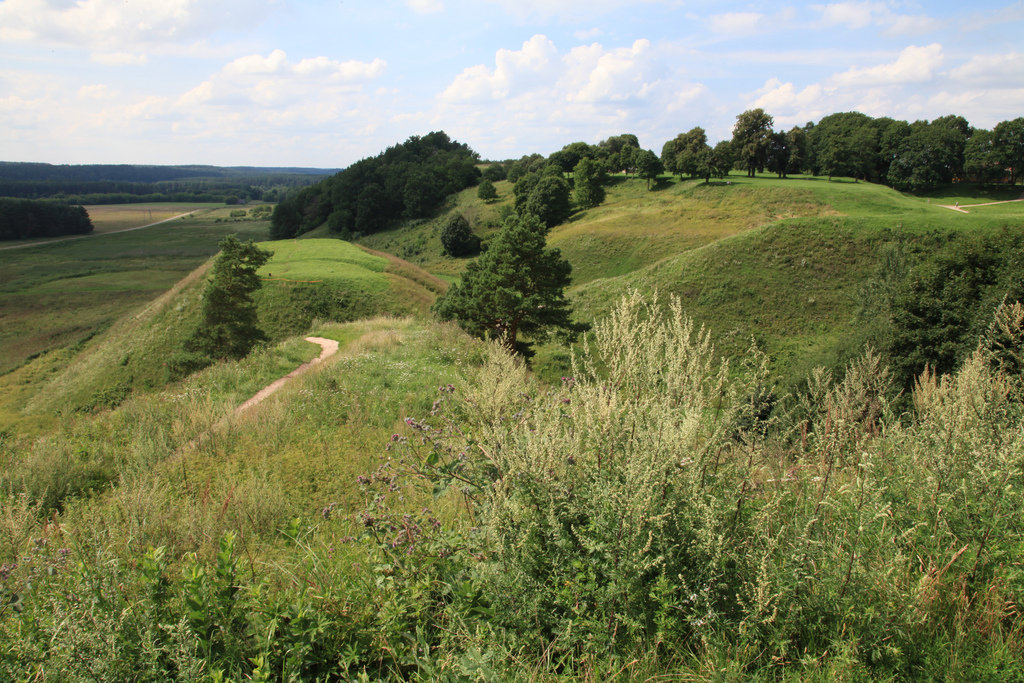 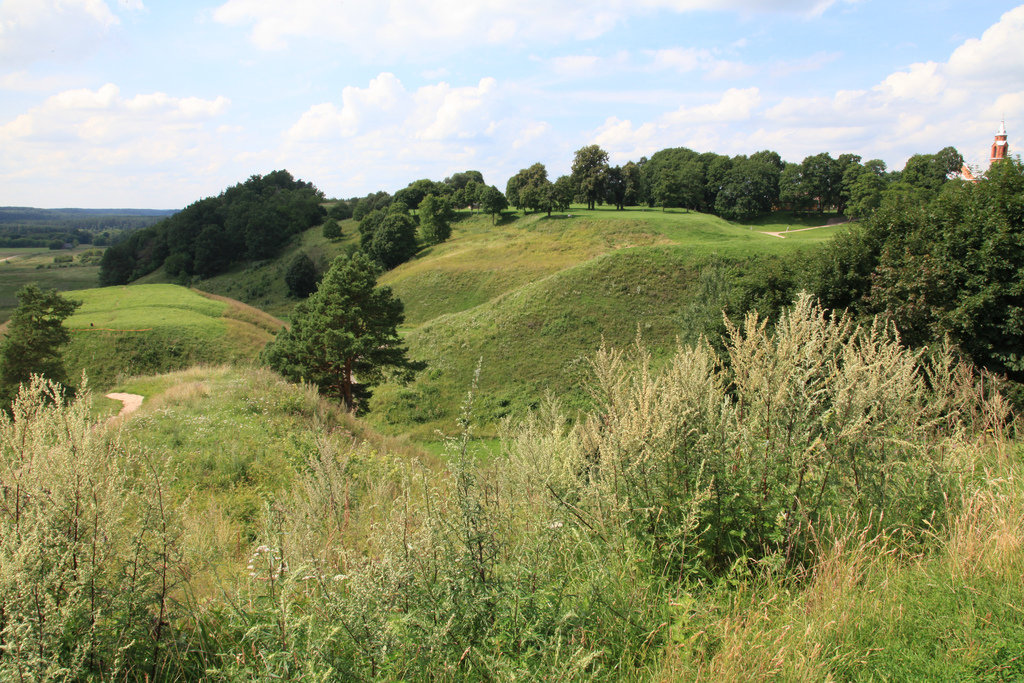 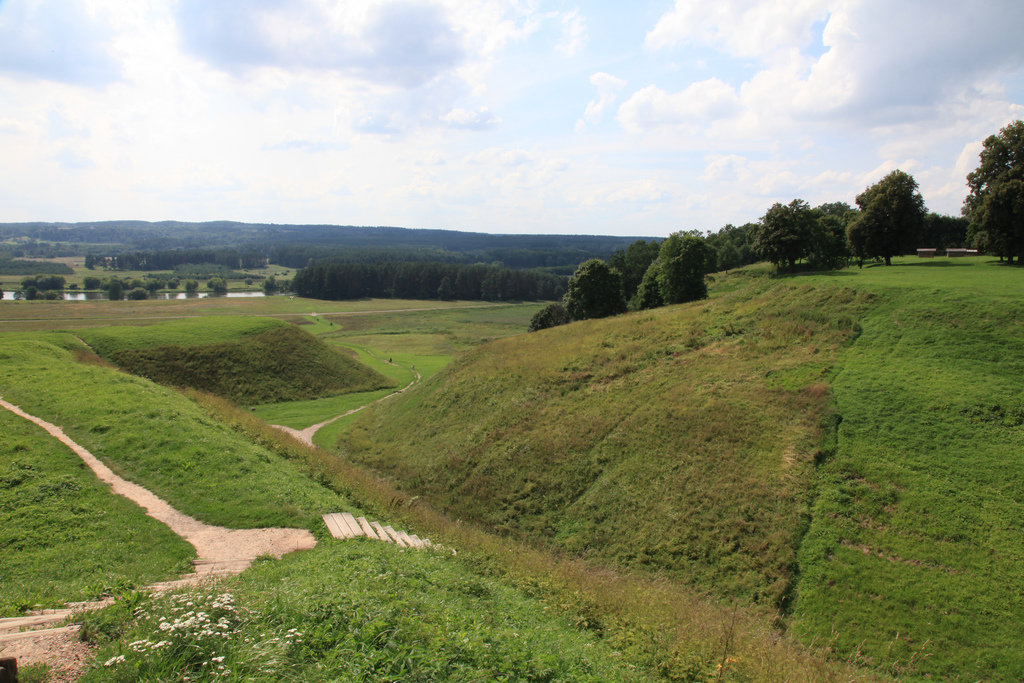 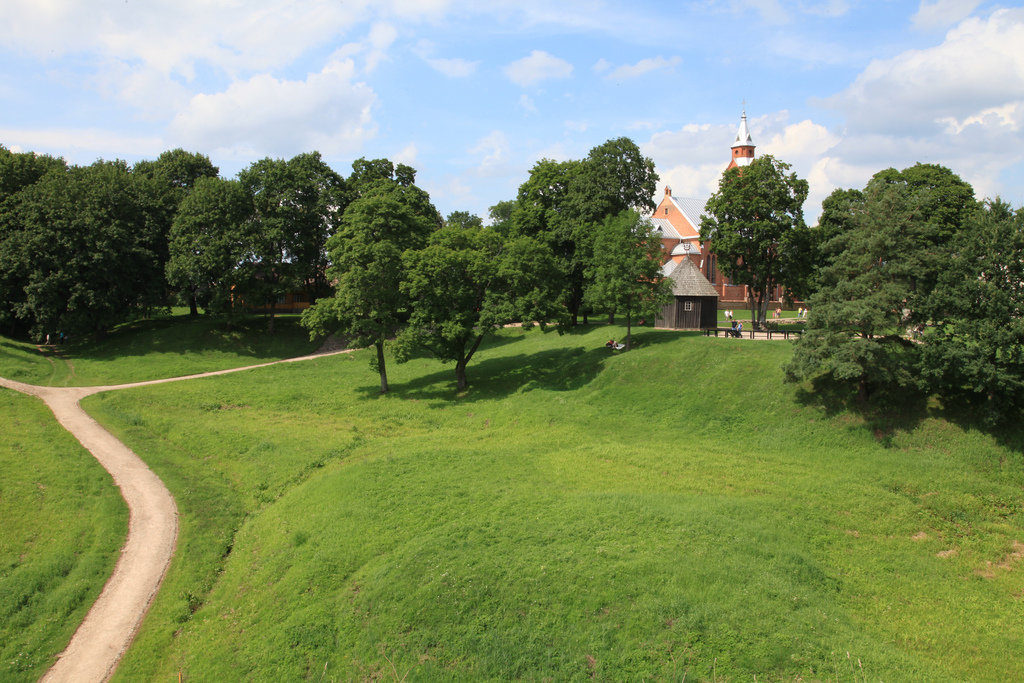 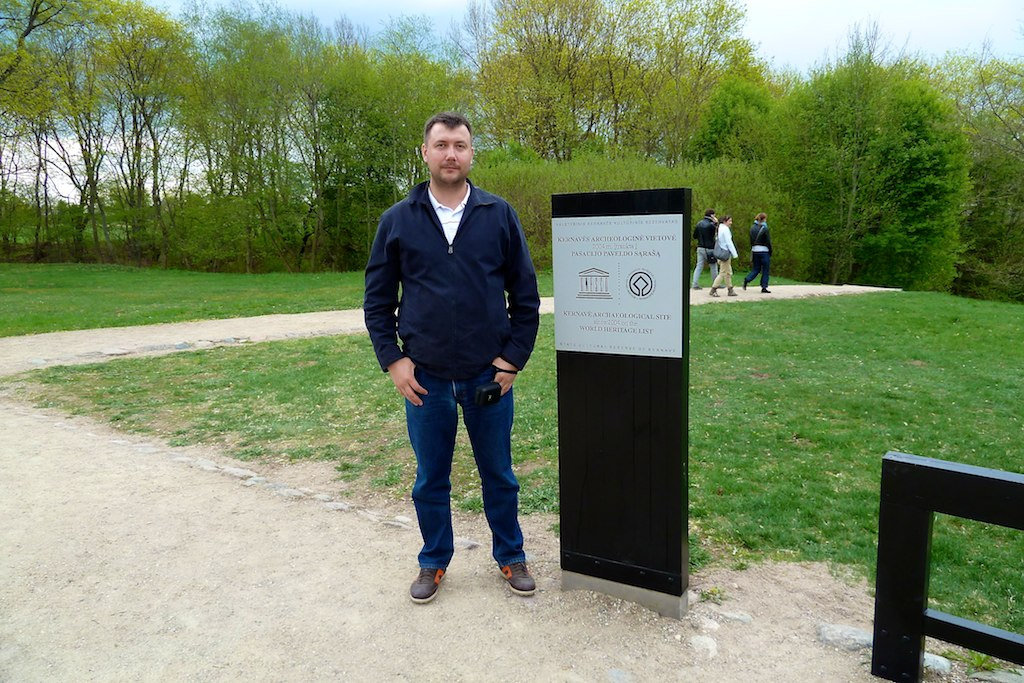 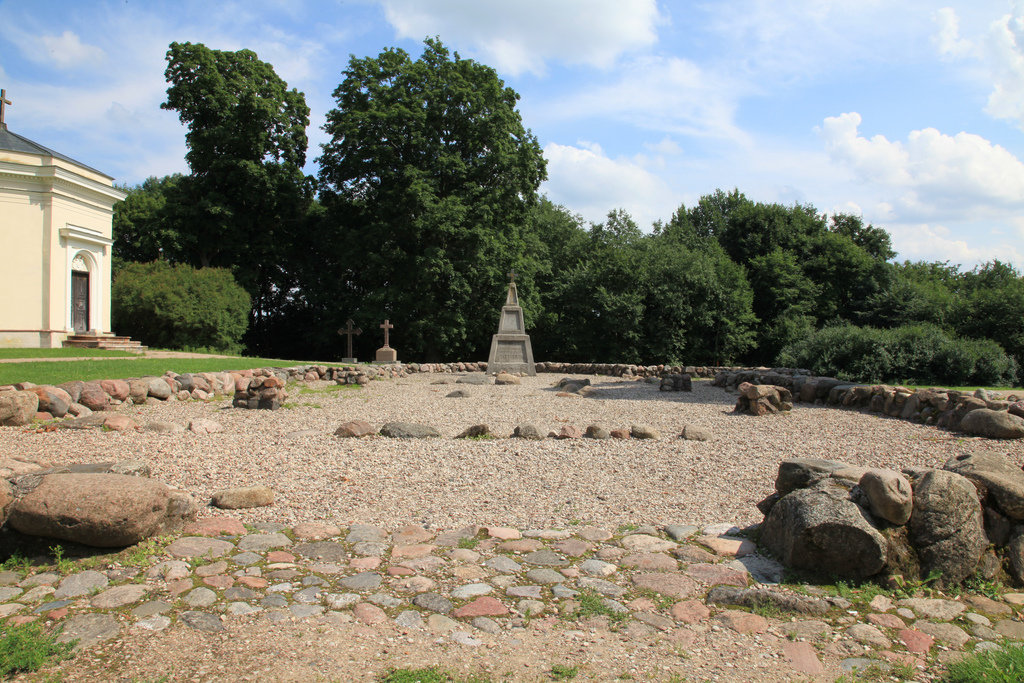 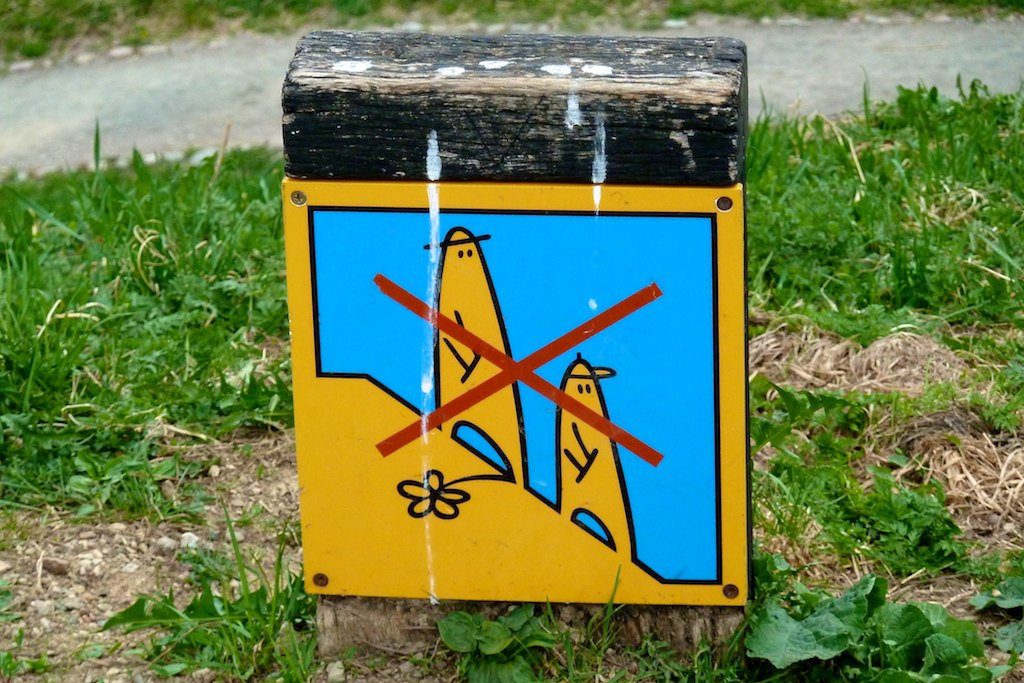 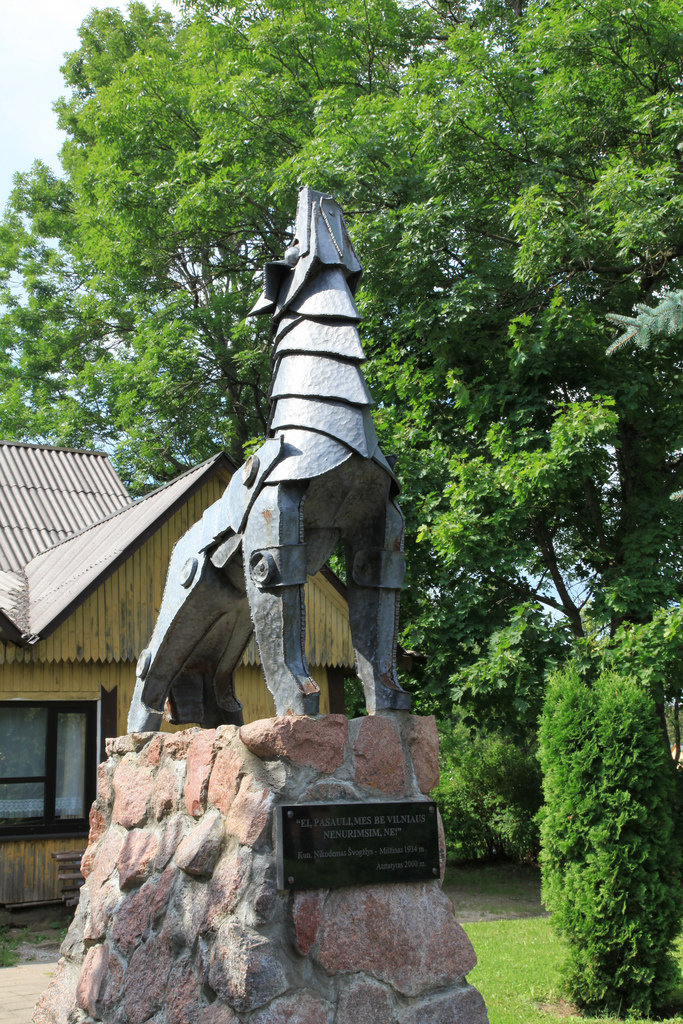 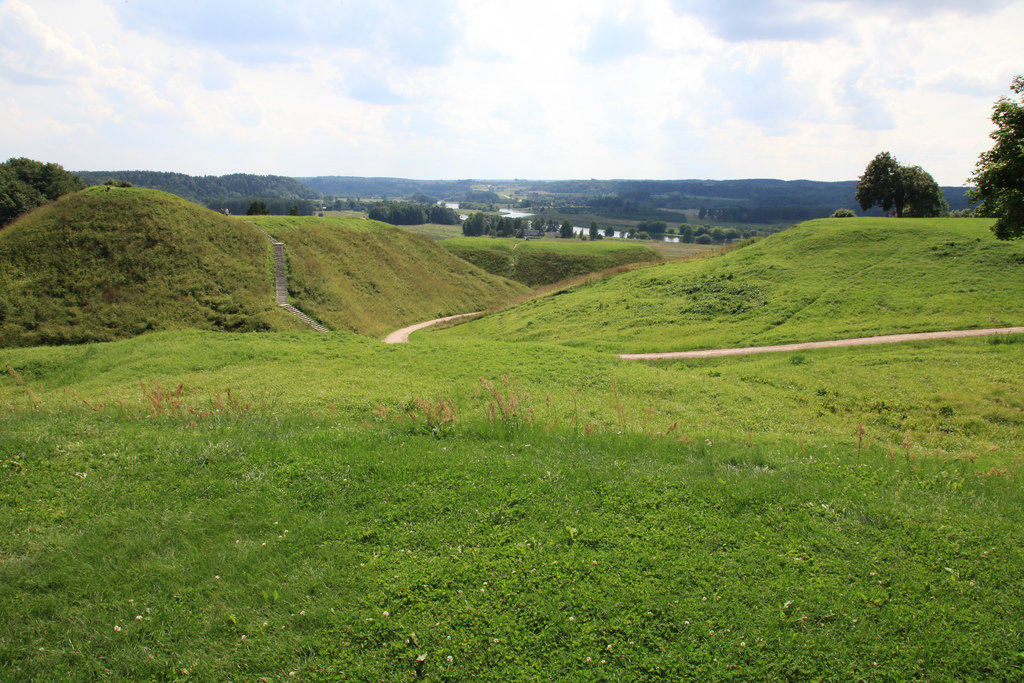 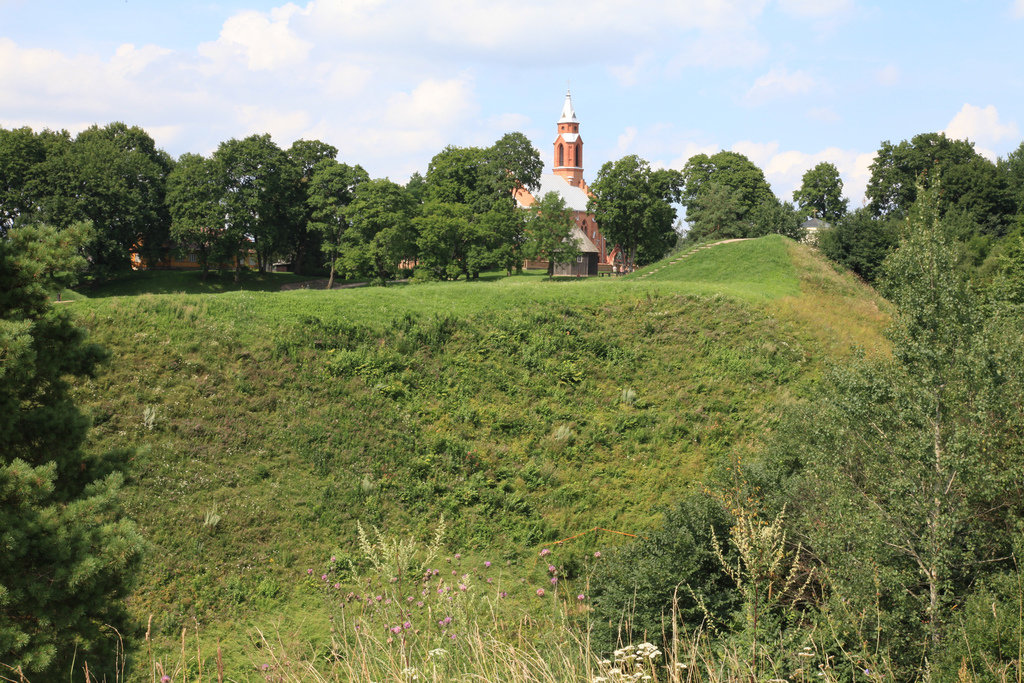