×
What are you looking for?
See all results
Ruins in Priory 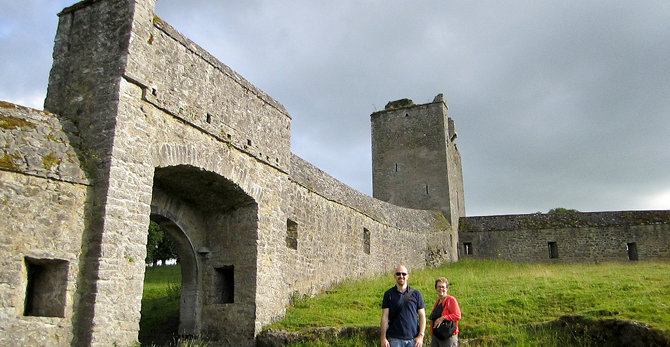 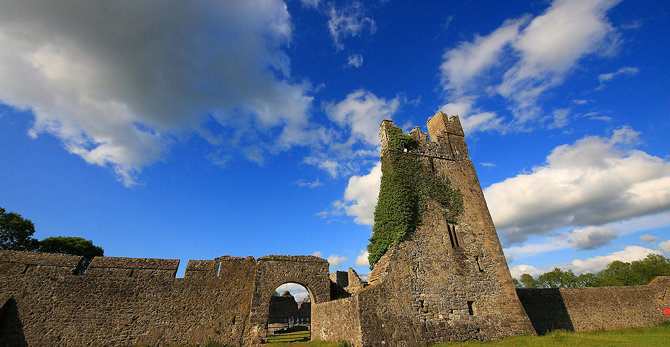 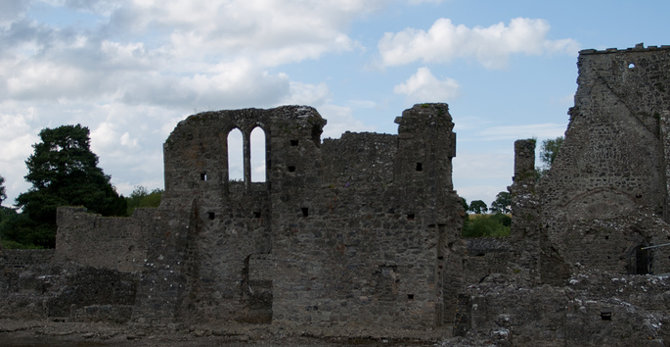 View all photos
I've been here
I Want to visit
Get directions
1,321 people have been here
6.3/10
Translate
English Euskara Gaeilge Google Translate

Kells Priory is one of the largest and most impressive medieval monuments in Ireland.

The Augustine priory is situated alongside King's River beside the village of Kells, about 15 km south of the medieval city of Kilkenny. The priory is a National Monument and is in the guardianship of the Office of Public Works. One of its most striking feature is a collection of medieval tower houses spaced at intervals along and within walls which enclose a site of just over 3 acres (12,000 m2). These give the priory the appearance more of a fortress than of a place of worship and from them comes its local name of "Seven Castles".

4 km southeast of the priory on the R697 regional road is Kilree round tower and 9th century High Cross, said to be the burial place of Niall Caille.

Kells Priory was founded by Geoffrey FitzRobert in 1193. FitzRobert was brother-in-law to Strongbow and the priory succeeded an earlier church which was dedicated to St. Mary, the Blessed Virgin and served as parish church to nearby Kells village.

In 1324 the Bishop of Ossory Richard de Ledrede paid a lenten visit to the priory. Following an inquisition into a Kilkenny sect of heretics, Alice Kyteler and William Outlawe were ordered to appear before the Bishop to answer charges of witchcraft. Outlaw was supported by Arnold de Paor, Lord of Kells who arrested the Bishop and had him imprisoned in Kilkenny Castle for 17 days. This caused great scandal and on his release the Bishop successfully prosecuted the heretics. Alice Kyteler fled to England and remained there, Alice Smith also fled, but her mother Petronilla de Meath became Ireland's first heretic to be burned at the stake.

Dissolution of Kells Priory finally took place in March 1540 and the church and property were surrendered to James Butler, 9th Earl of Ormonde.

The priory is divided into two parts, an inner monastic Precinct alongside the river and a large outer enclosure to the south. In the fifteenth century, the latter was referred to as Villa Prioris but in more recent times it has been known as Burgher's Court, the Burgess or Burgess Court. Burgess Court is adopted here because it best reflects the purpose for which it was constructed. In the past Burgess Court was though to have been the site of the medieval borough of Kell but modern research has shown that this was not the case. Today all the monastic remains are grouped together in the Precinct while Burgess Court is little more than a walled field populated by tourists and sheep.

Tom Fanning, a state archaeologist and subsequently senior archaeology lecturer in NUI Galway began an excavation of the site in 1972, his work was completed by Miriam Clyne after Mr. Fanning’s death in 1993. The excavation is one of the largest ever undertaken in Ireland at a monastic house and the publication by Clyne (2007), Kells Priory, Co. Kilkenny: archaeological excavations by T. Fanning & M. Clyne, is one of the largest ever published on a rural medieval site.

There were some 20,000 archaeological finds which range from pieces of carved stone, pottery including Ham Green, floor and ridge tiles, metal objects as well as a collection of painted window glass which has allowed the reconstruction what some of the window patterns may have looked like. The original priory church was a simple cruciform building, but, over time, was extended in almost every possible direction including the fifteenth century second enclosure.

Jerpoint Abbey is a Cistercian abbey, founded in the second half of

The Callan Augustinian Friary is situated in Callan, Co Kilkenny,

Dysart Castle is a castle ruins and property just outside Thomastown

Duiske Abbey or Graiguenamanagh Abbey is a 13th century Cistercian

Dunmore Cave is a limestone cave in Ballyfoyle, County Kilkenny,

Dunbrody Abbey is a former Cistercian monastery in County Wexford,

The Roman Forum (Latin: Forum Romanum), sometimes known by its 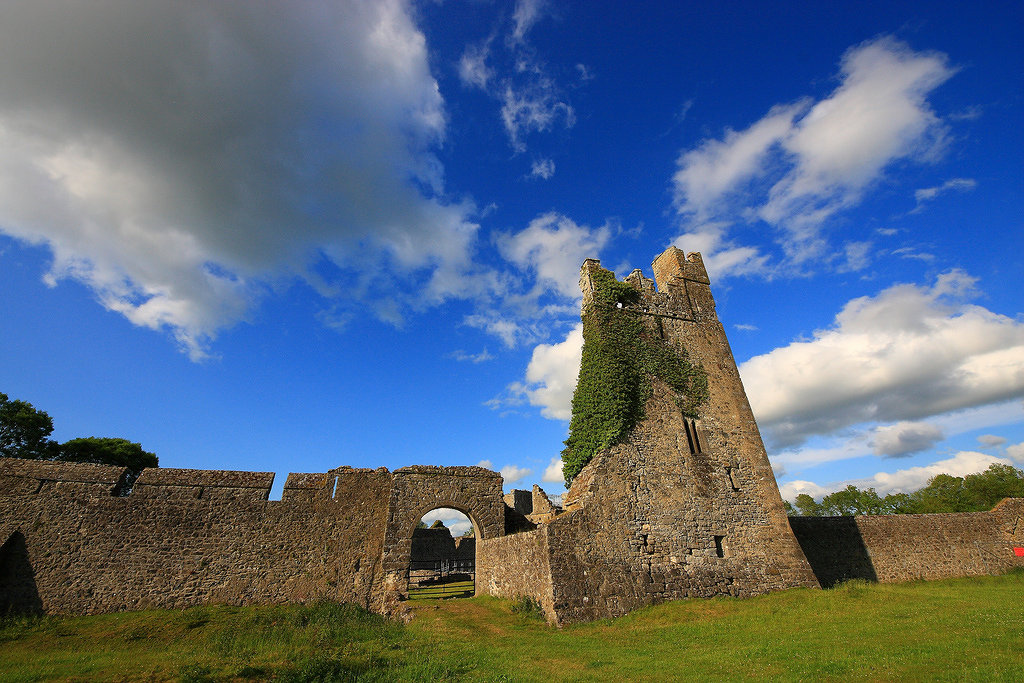 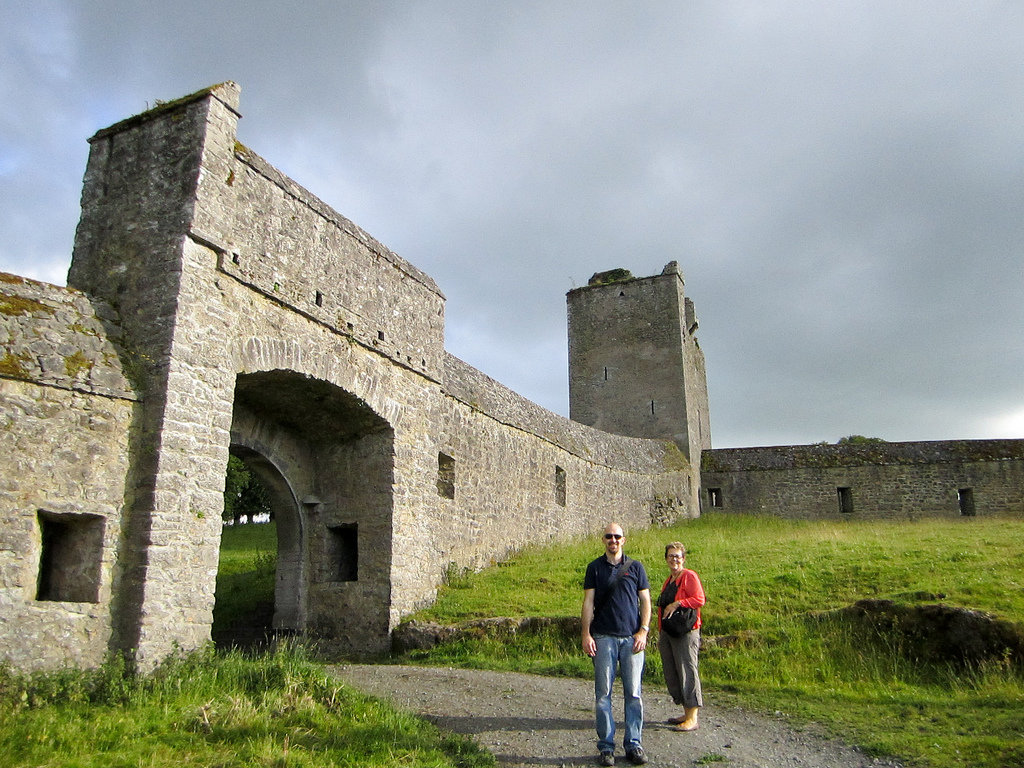 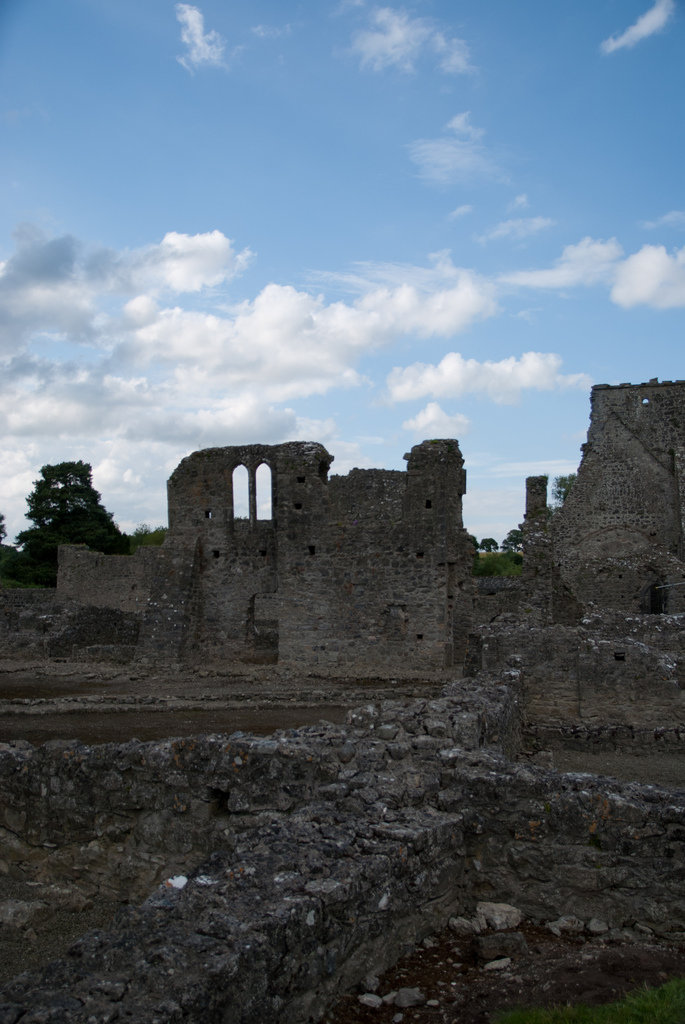 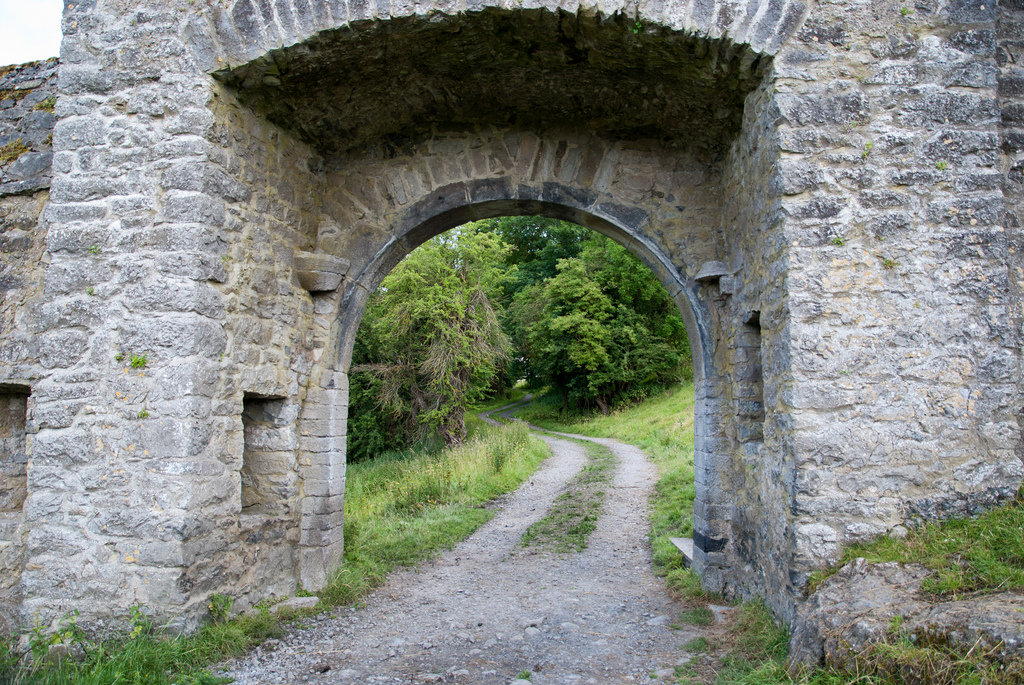 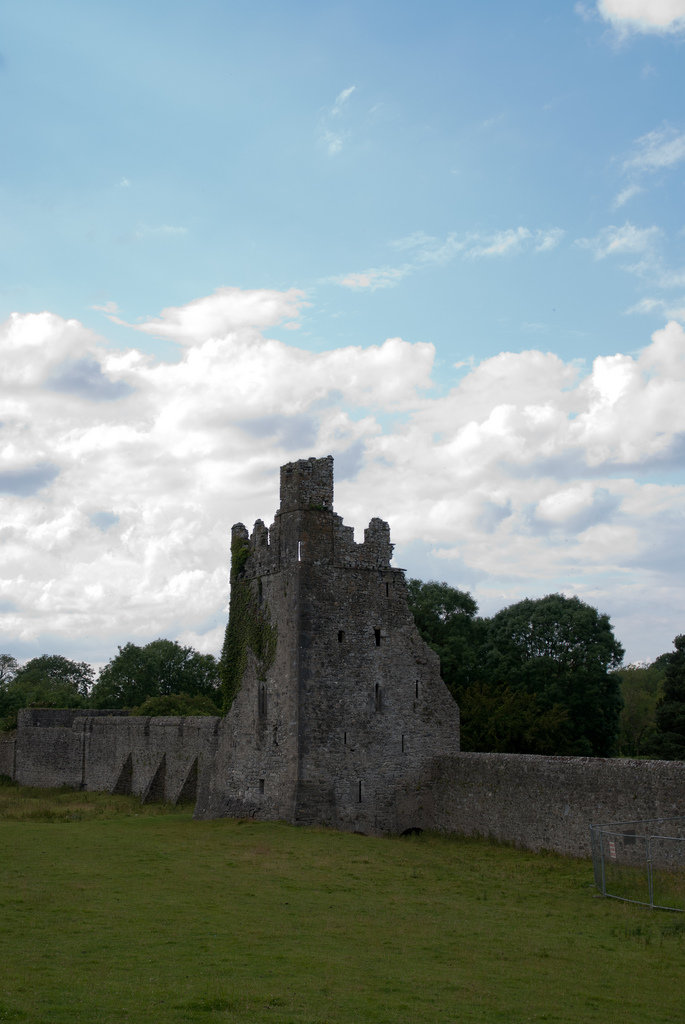 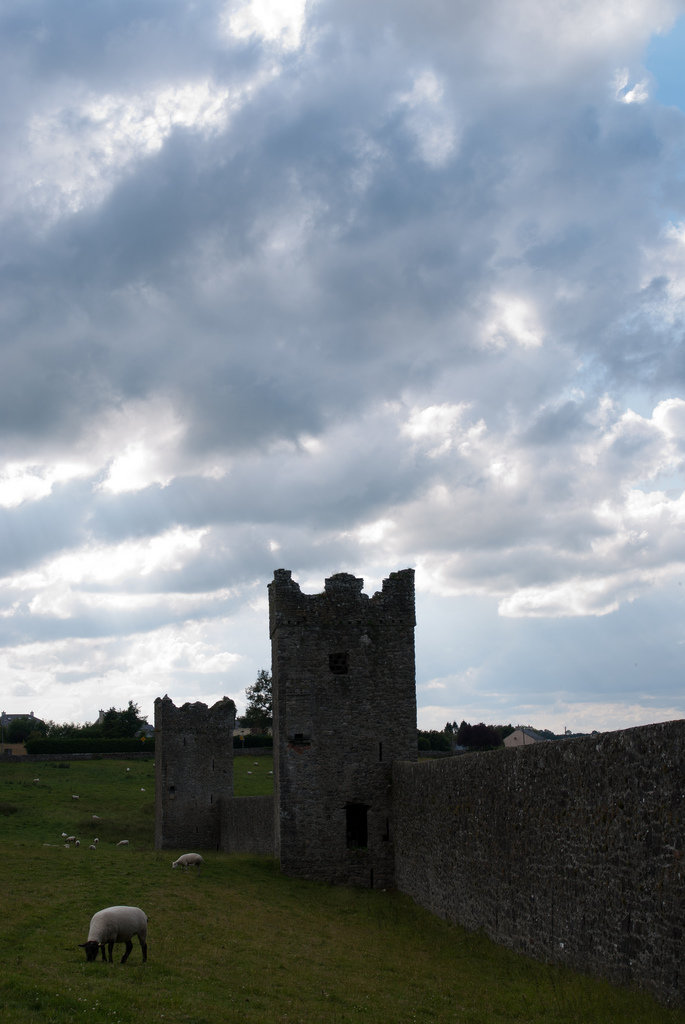 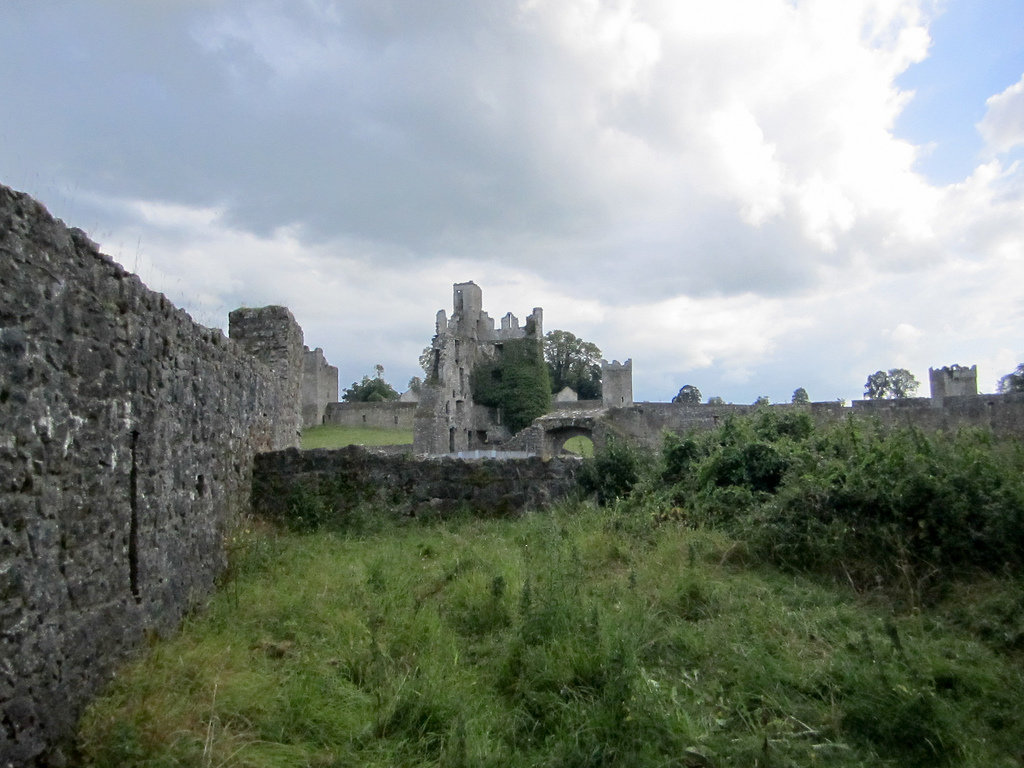 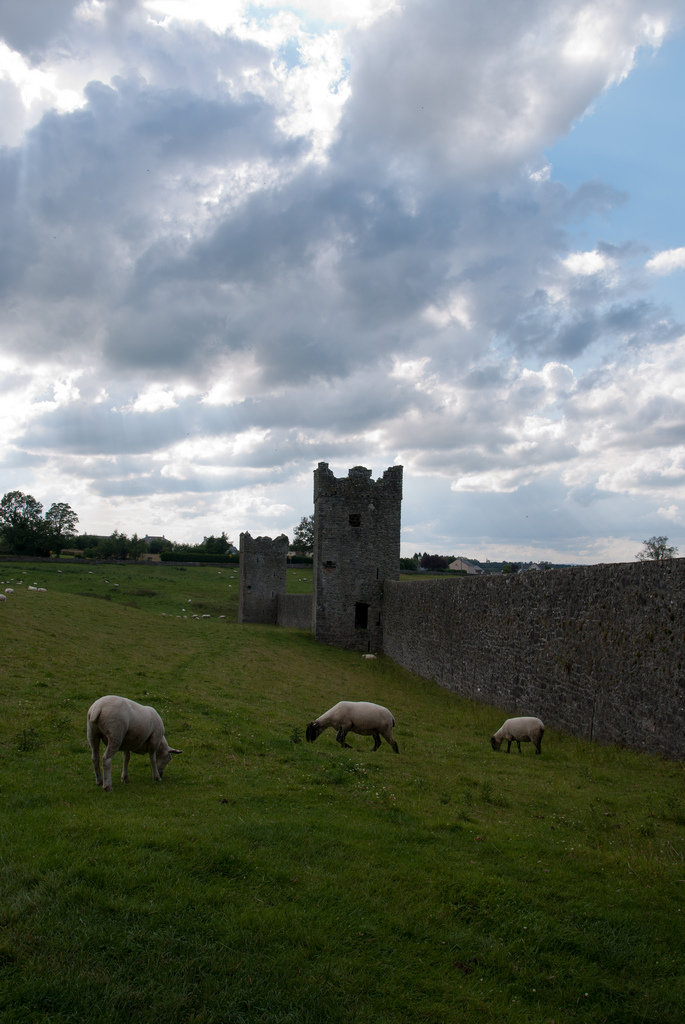