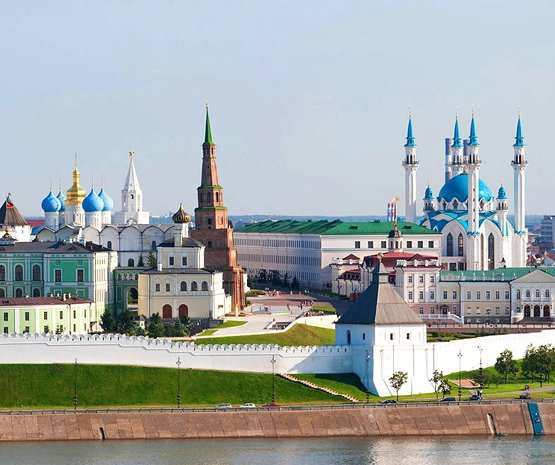 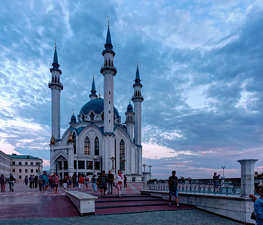 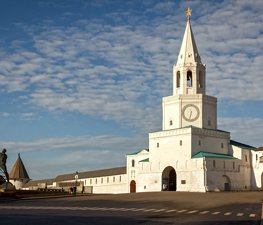 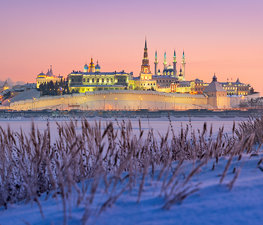 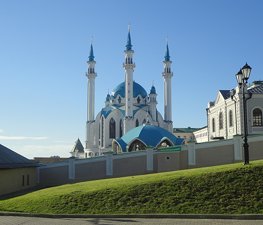 The Kazan Kremlin (русский. Казанский Кремль; татарча/tatarça. Казан кирмәне|Qazan kirmäne) is the chief historic citadel of Tatarstan, situated in the city of Kazan. It was built on behest of Ivan the Terrible on the ruins of the former castle of Kazan khans. It was declared a World Heritage Site in 2000.

The Kazan Kremlin includes many old buildings, the oldest of which is the Annunciation Cathedral (1554-62), the only 16th-century Russian church to have six piers and five apses. Like many of Kazan's buildings of the period, it is constructed of local pale sandstone rather than of brick. The architect is sometimes said to have been the half-legendary Postnik Yakovlev, but this is purely speculative. The cathedral bell tower was erected in five tiers at the urging of Ivan the Terrible and was scored to resemble the Ivan the Great Belltower in Moscow, but was pulled down by the Soviets in 1930.

The most conspicuous landmark of the Kazan Kremlin is the leaning Söyembikä Tower, which probably goes back to the reign of Peter the Great. A well-known legend connects the tower with the last queen of Kazan. Another recognizable architectural feature is the Spasskaya Tower, which anchors the southern end of the Kremlin and serves as the main entrance to the Kremlin.

The Spasskaya Tower is named after the Spassky Monastery, which used to be located nearby. Among the monastery's buildings were the Church of St. Nicholas (1560s, four piers) and the Cathedral of the Saviour's Transfiguration (1590s, six piers). They were destroyed by the Communists during Stalin's rule.

Also of interest are snow-white towers and walls, erected in the 16th and 17th centuries but later renovated; the Qol-Şärif mosque, recently rebuilt inside the citadel; and the Governor's House (1843-53), designed by Konstantin Thon, now the Palace of the President of Tatarstan. The Palace is believed to be located on the site of former Khan's palace. Tucked between Presidential Palace and Söyembikä Tower is the palace church built on the foundation of medieval mosque.

Northern wall of the Kremlin contains another gated tower - Secret Tower, so named because it used to house a secret water supply well. This tower allows pedestrian access to Kremlin, but vehicle access is restricted to emergencies only.

The opening of the biggest mosque in Europe, the Qol-Şärif mosque, was held in Kazan on June 24, 2005. Roughly 17,000 people gathered for the celebration. Delegations from forty countries attended the event. The facility was reconstructed on the site where Kazan Khanate's principal mosque had been standing before the seventeenth century. Speaking at the ceremony, Tatarstan President Mintimer Shaeymiev said "the Qol-Şärif mosque is a new symbol of Kazan and Tatarstan... a bridge connecting... our past and future."

The decree on restoring the Qol-Şärif mosque (1995) also ordered the restoration of the Annunciation Cathedral in the Kazan Kremlin which had been taken away from Orthodox Christians after the Russian Revolution. On July 21, 2005, the feast day of the holy icon "Theotokos of Kazan", in the presence of the crowd of 10,000 pilgrims, Patriarch Alexius II and Mintimer Shaeymiev placed at the newly-restored Annunciation Cathedral the holiest copy of the long-lost icon, which had been returned to Russia by Pope John Paul II shortly before his death.

In 2005 the first stage of the Kazan Metro also included a station Kreml whose exits are right next to the Kremlin.

Kazan, the capital of Tatarstan — The Chuvash people of Krasnoyarsk region @ Flickr

See all hotels See all
Apartment-studio 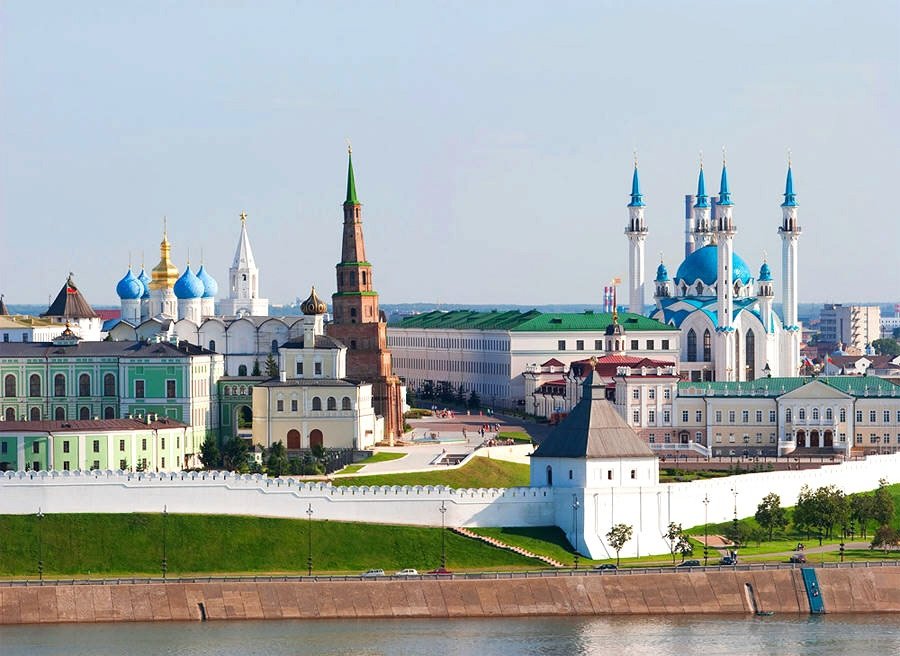 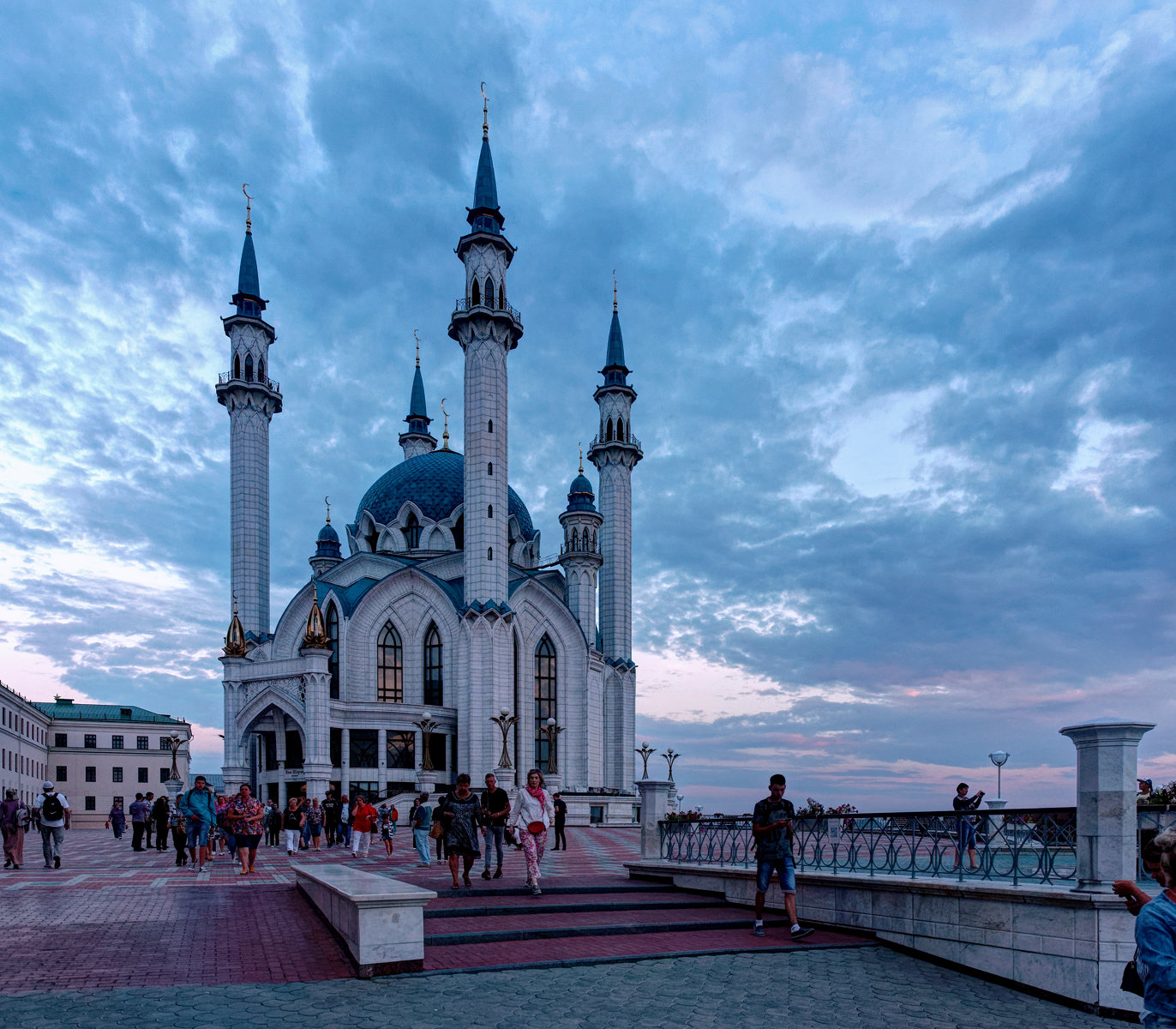 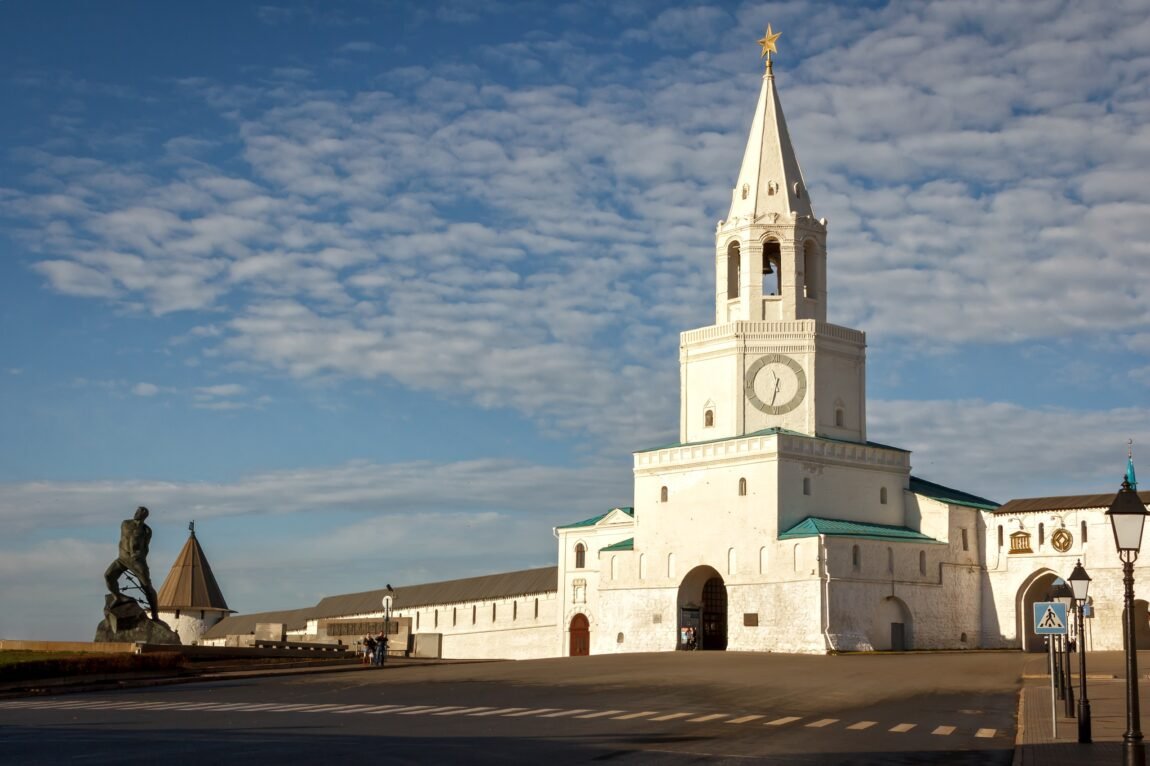 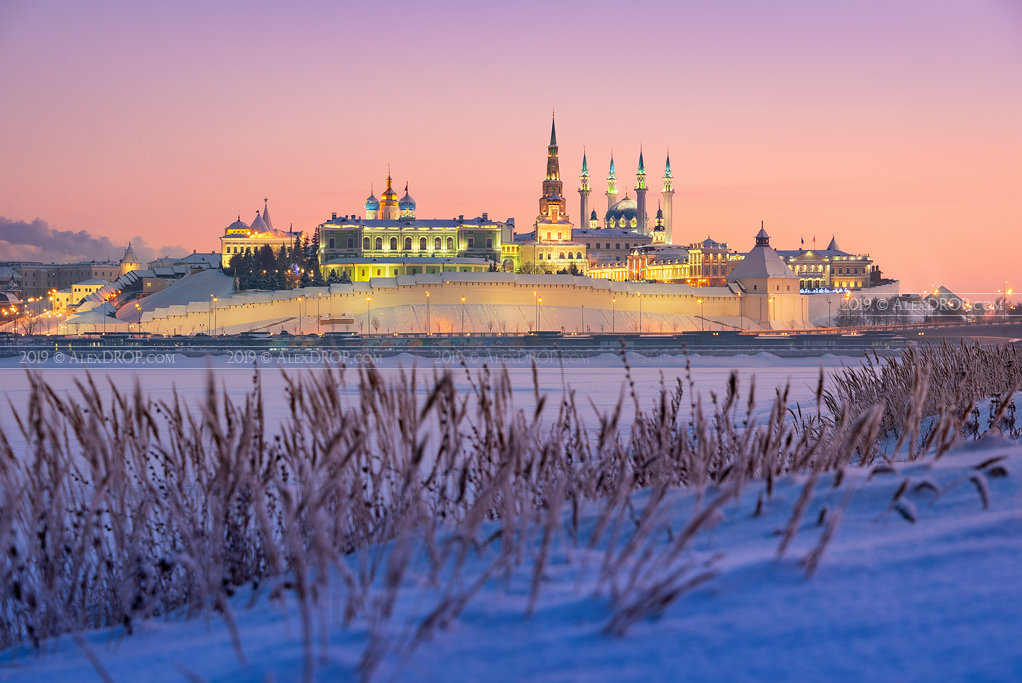 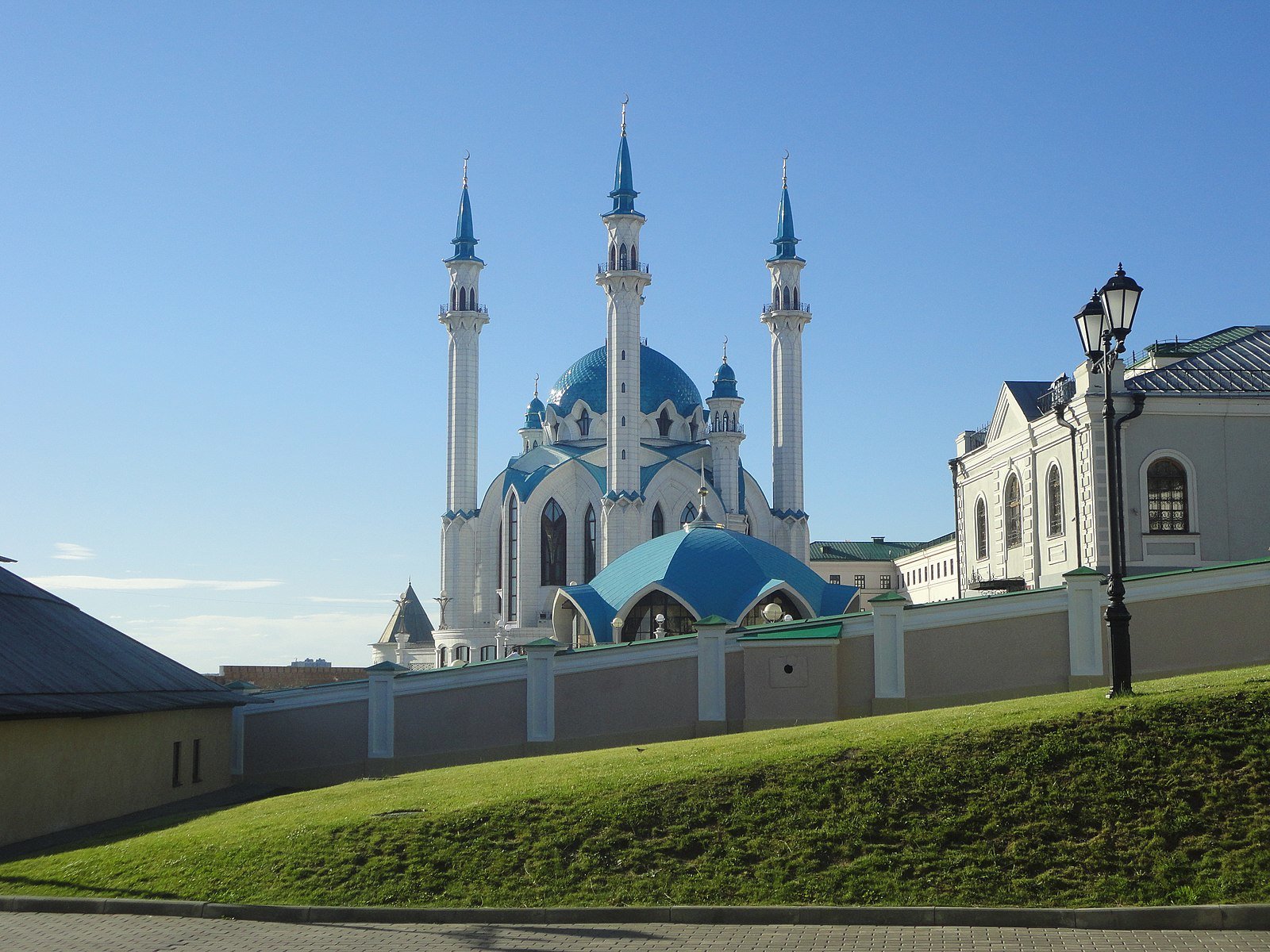 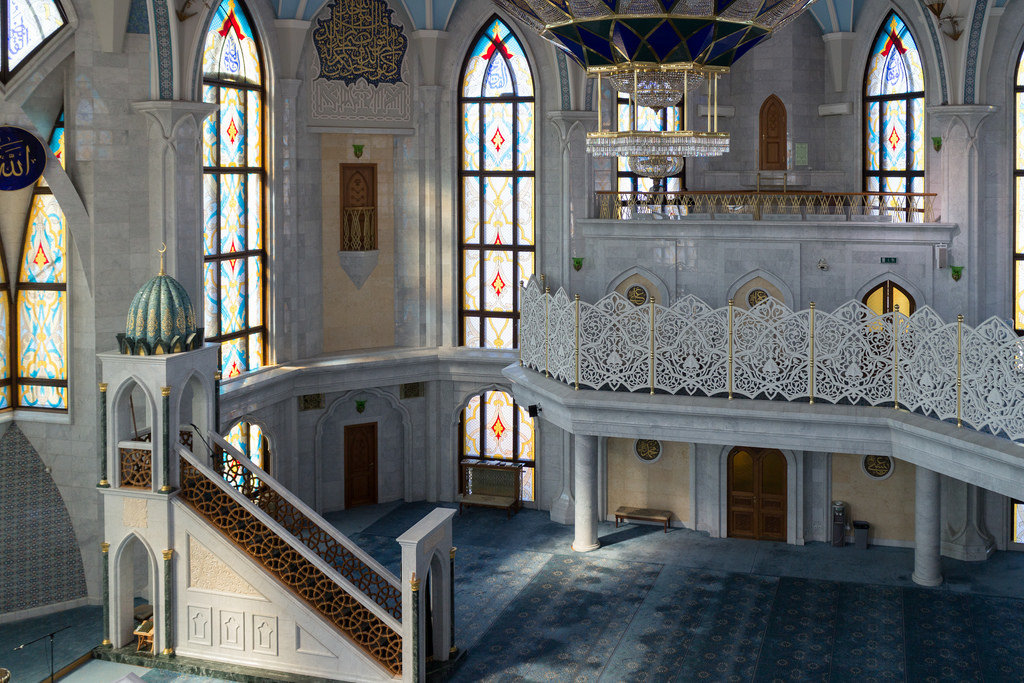 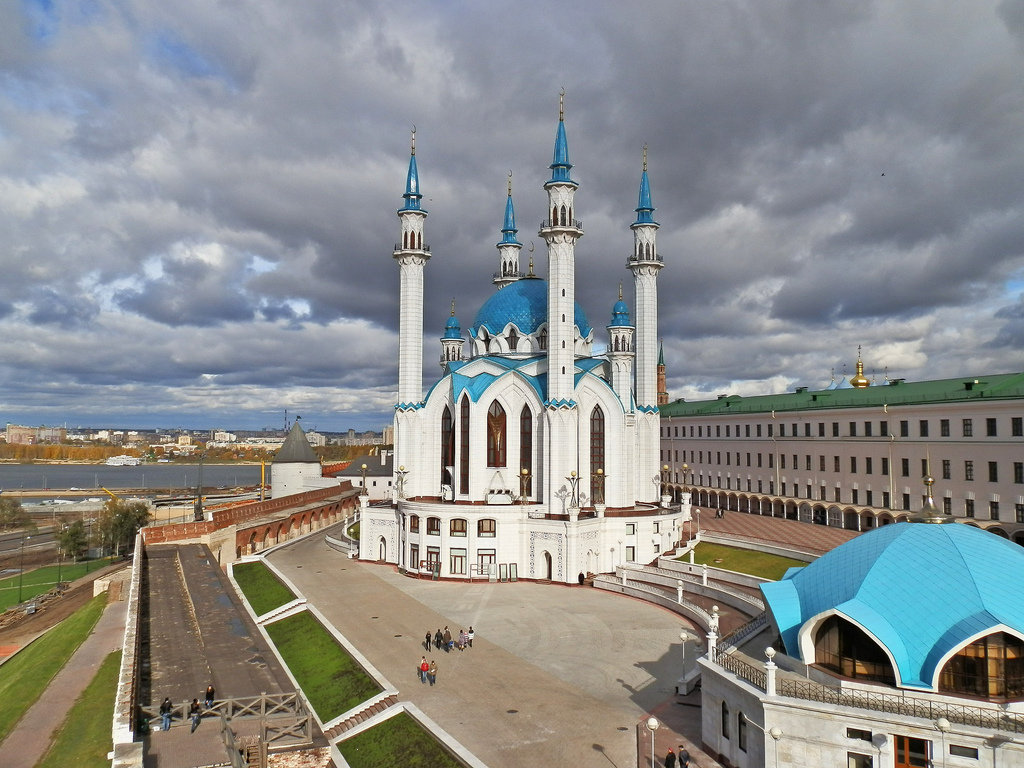 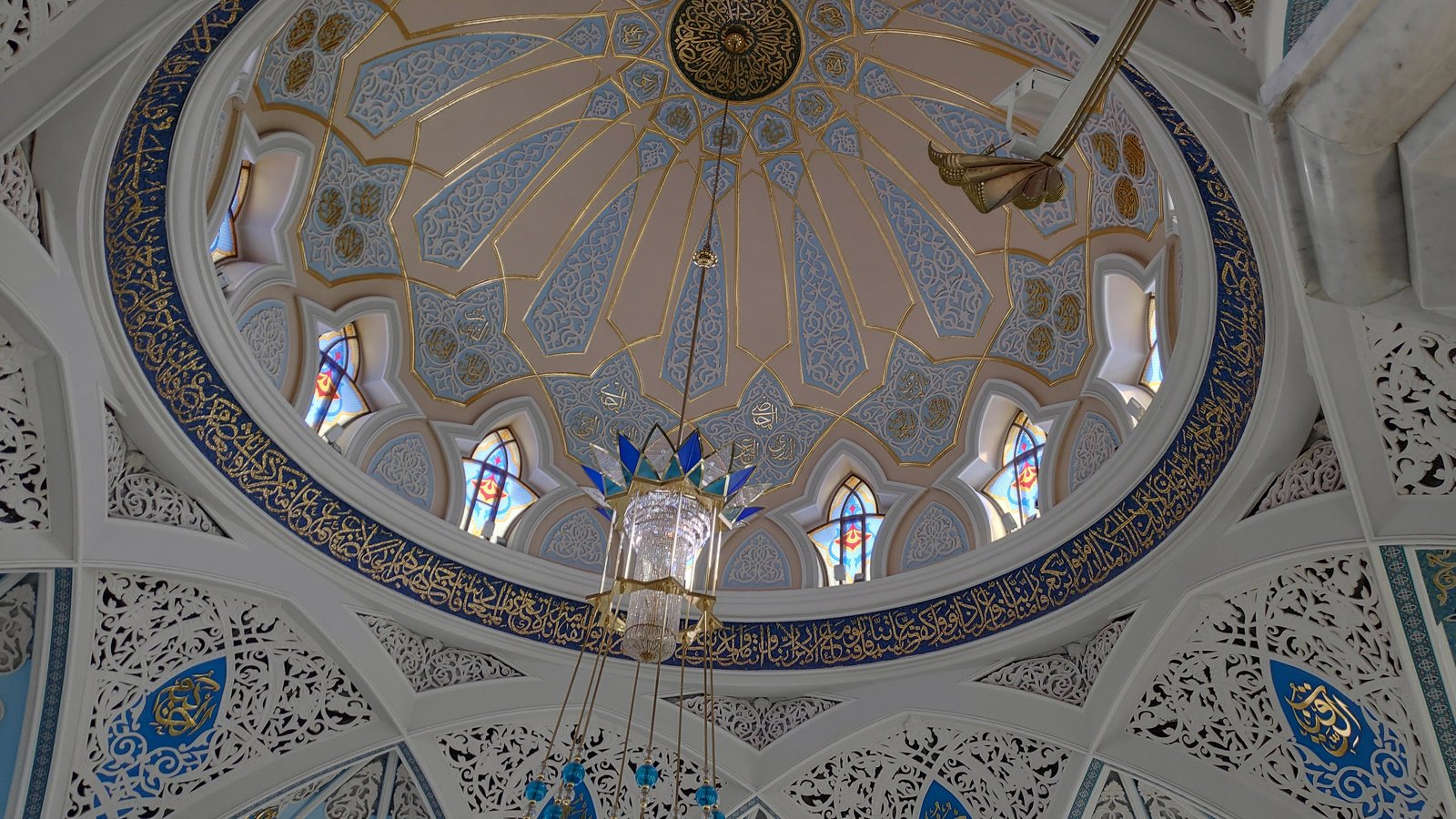 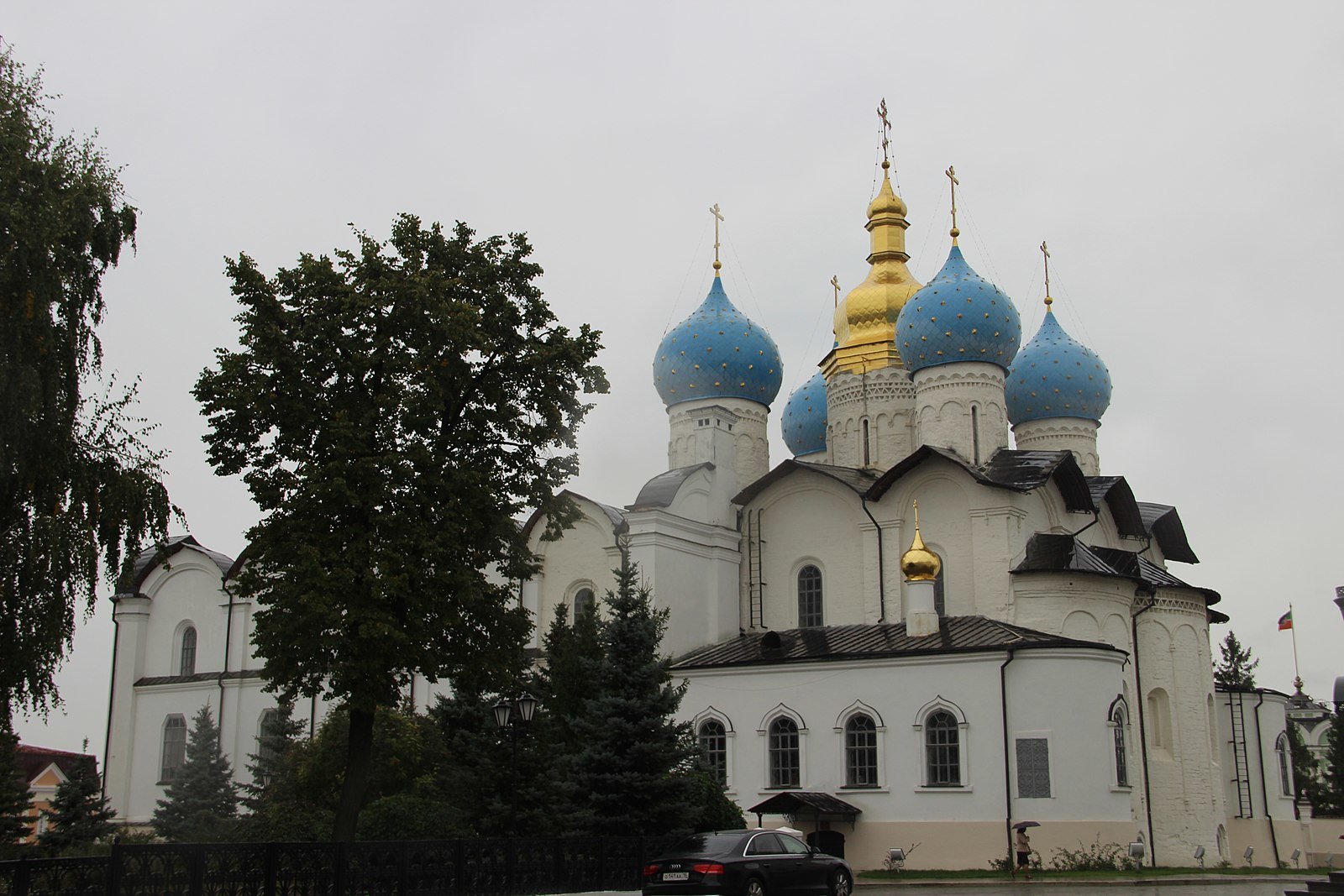 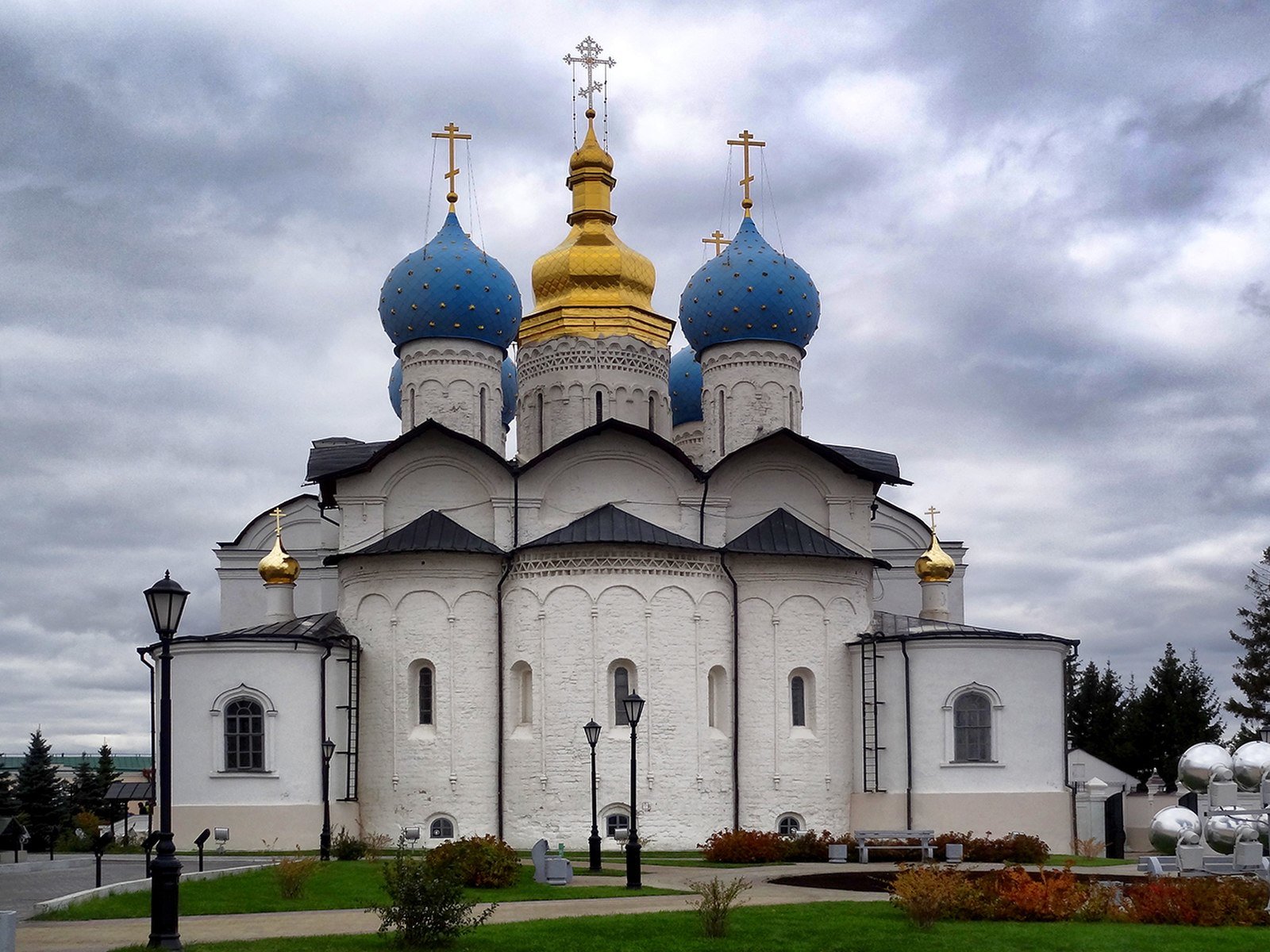 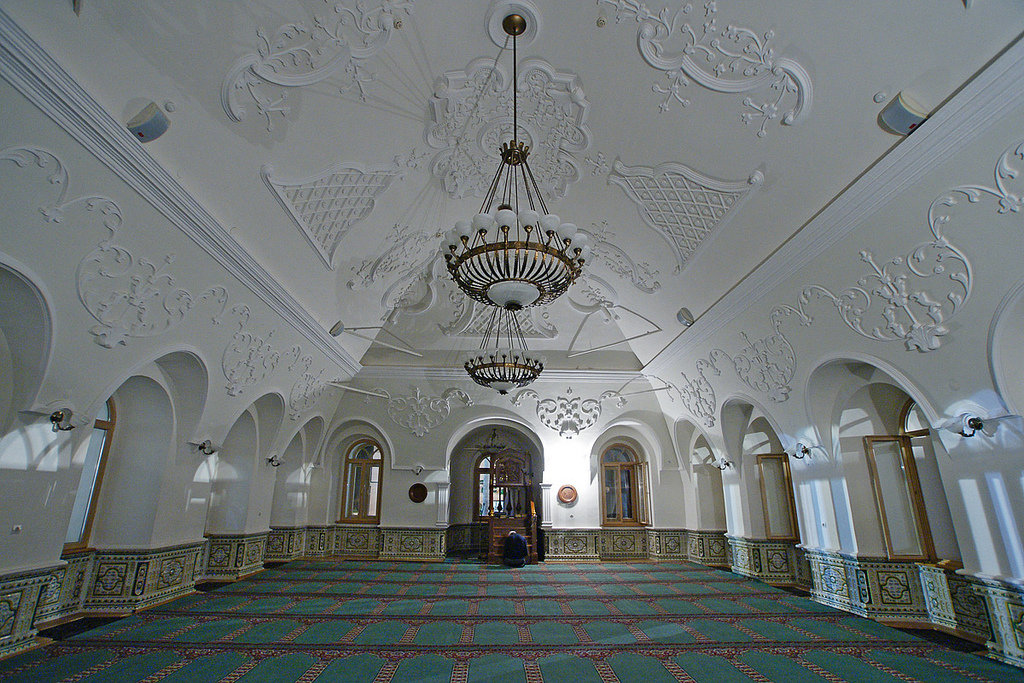 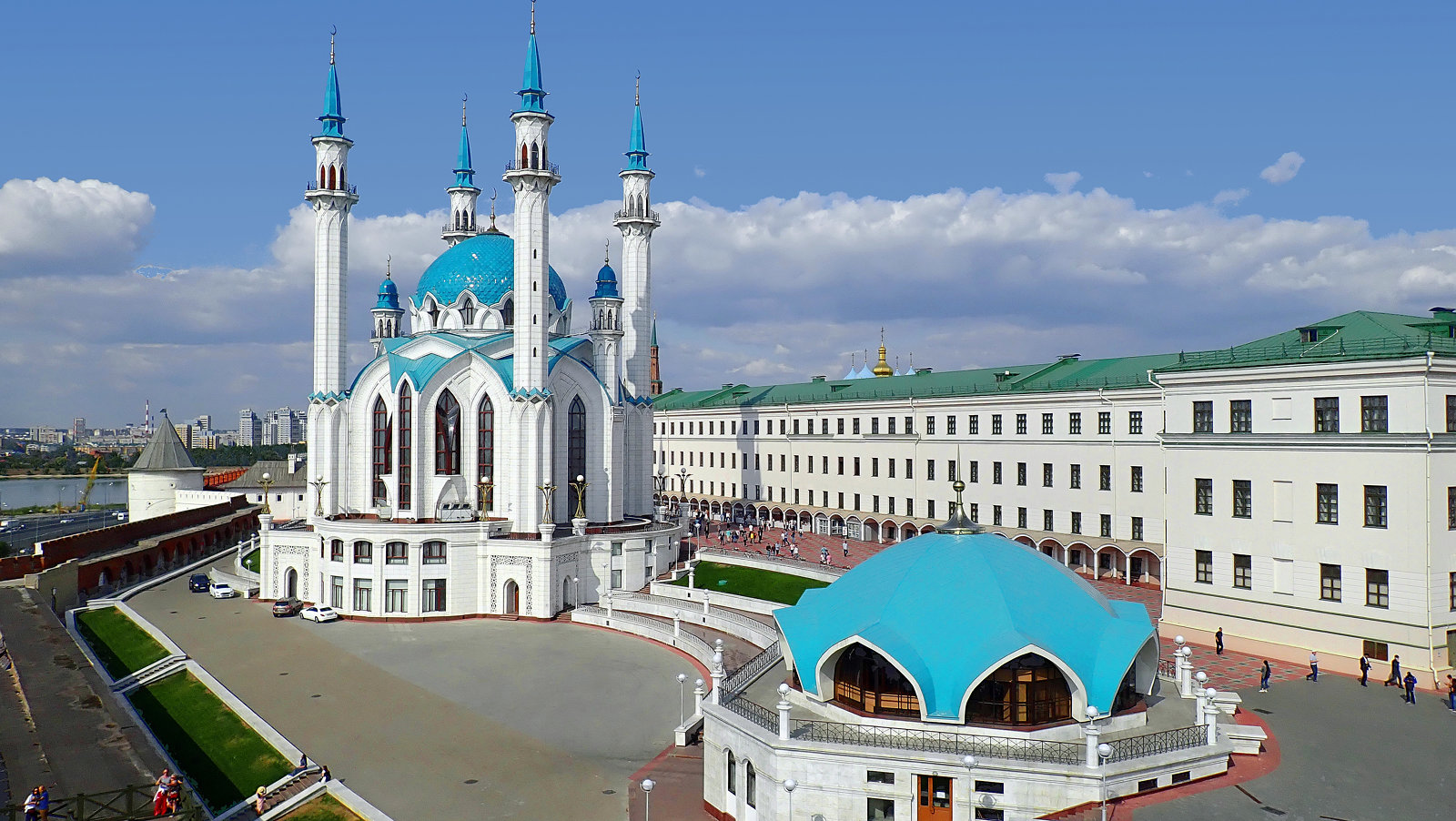 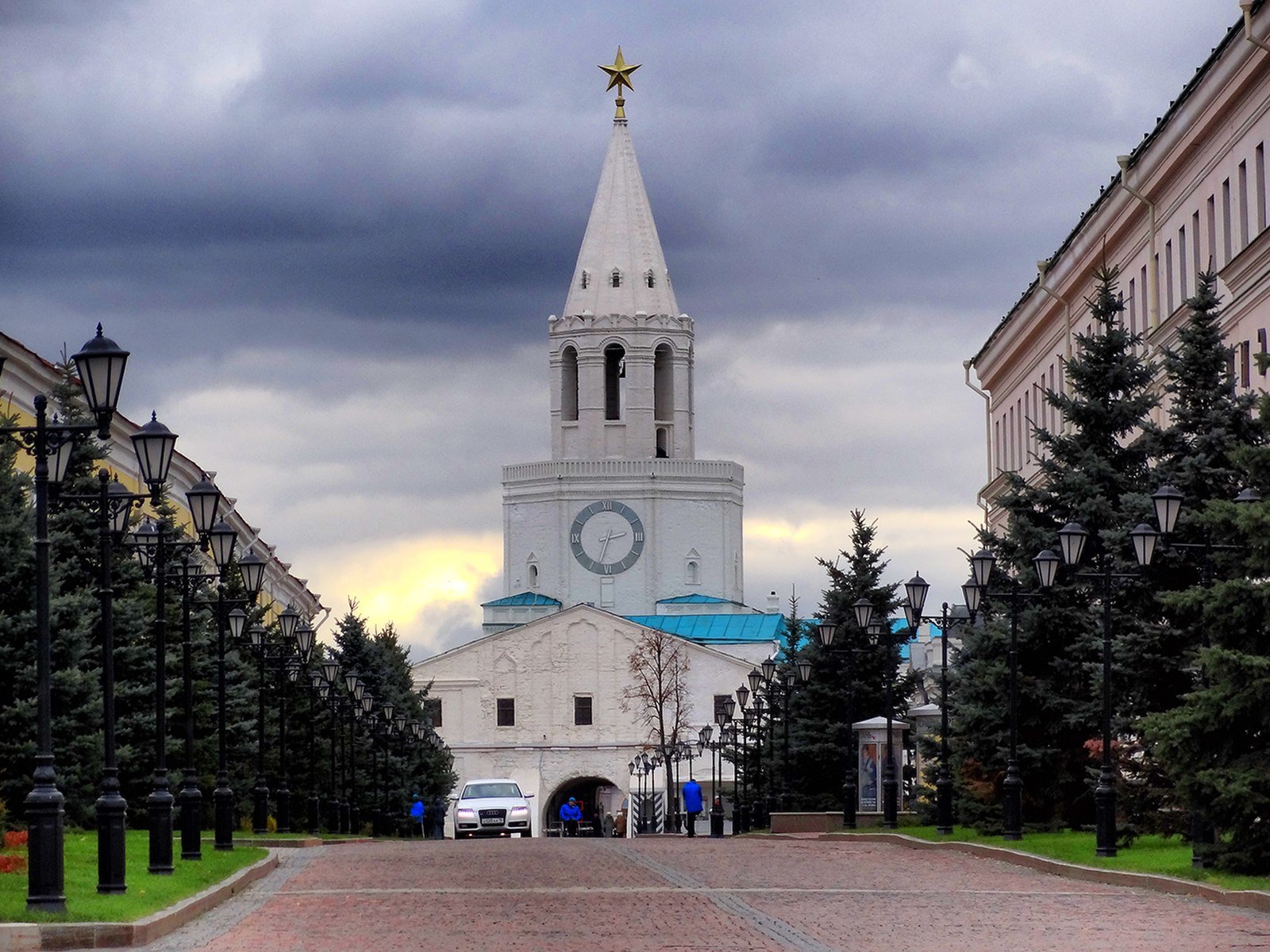 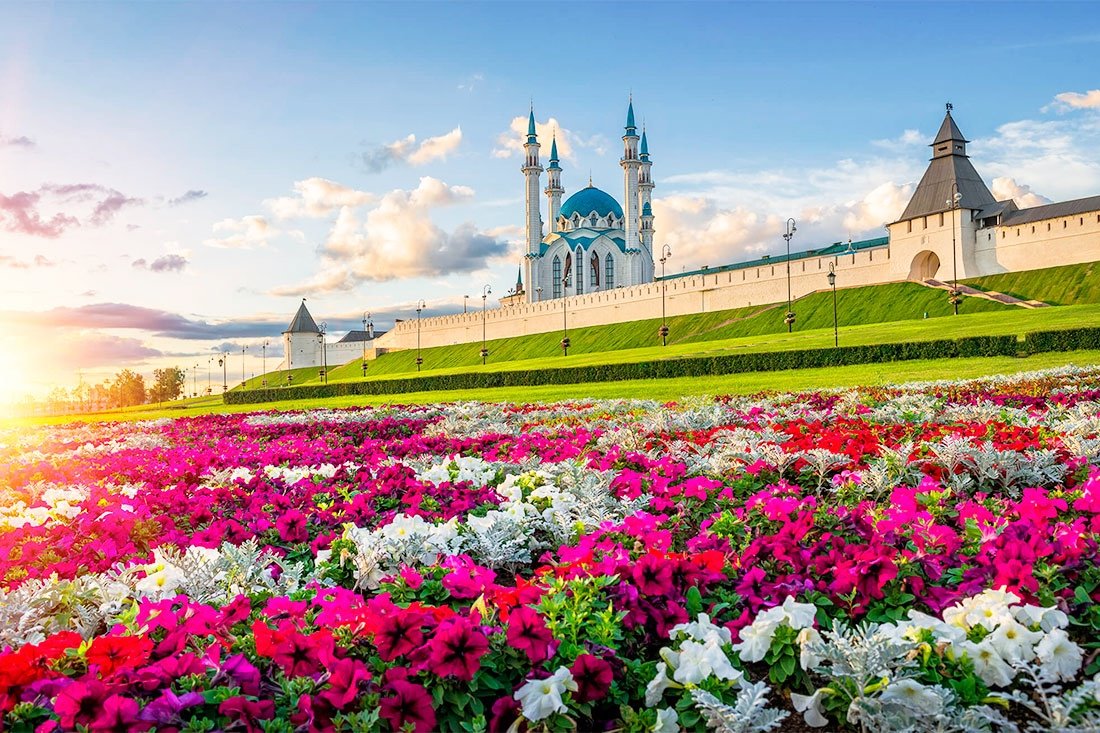 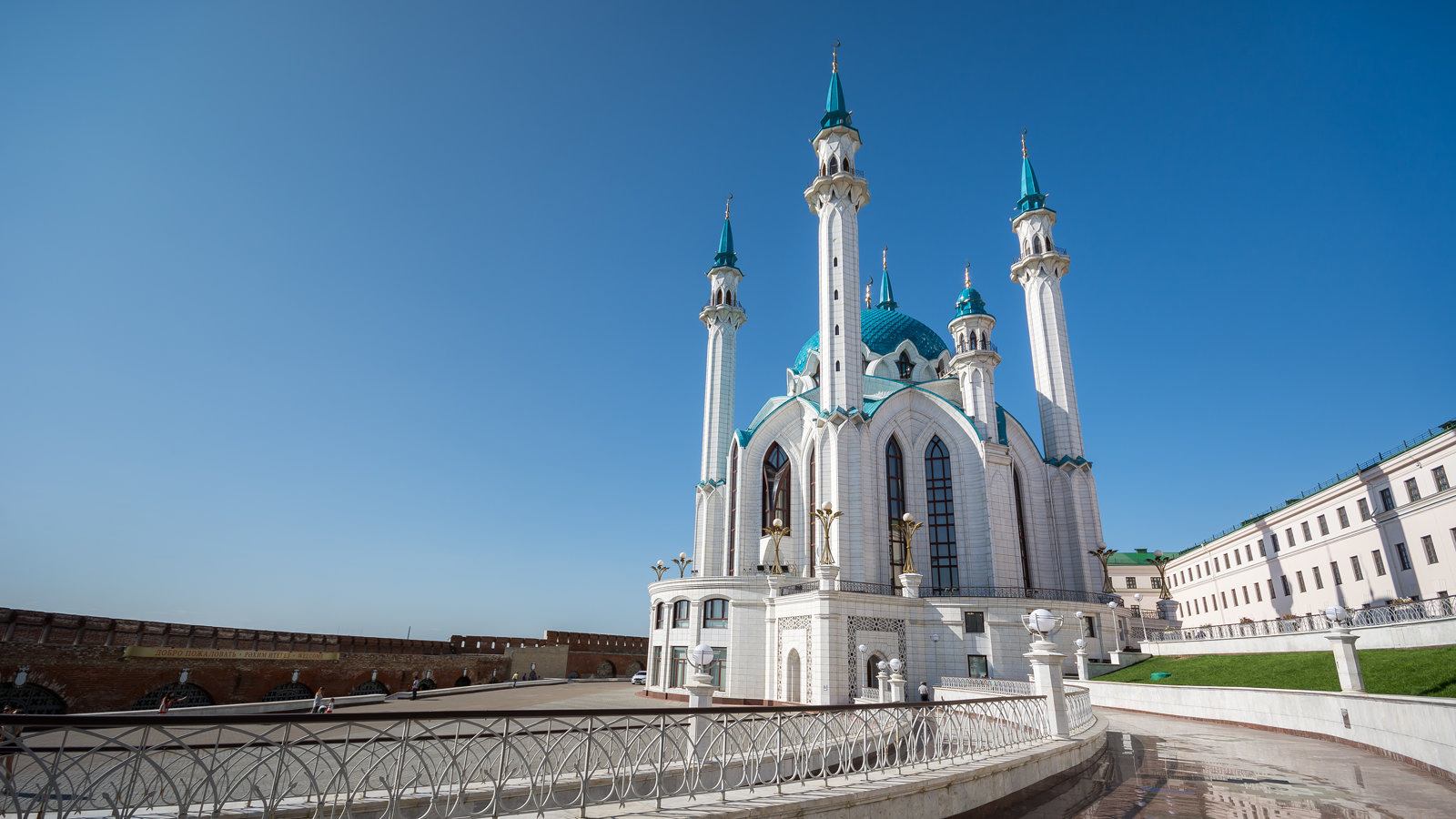 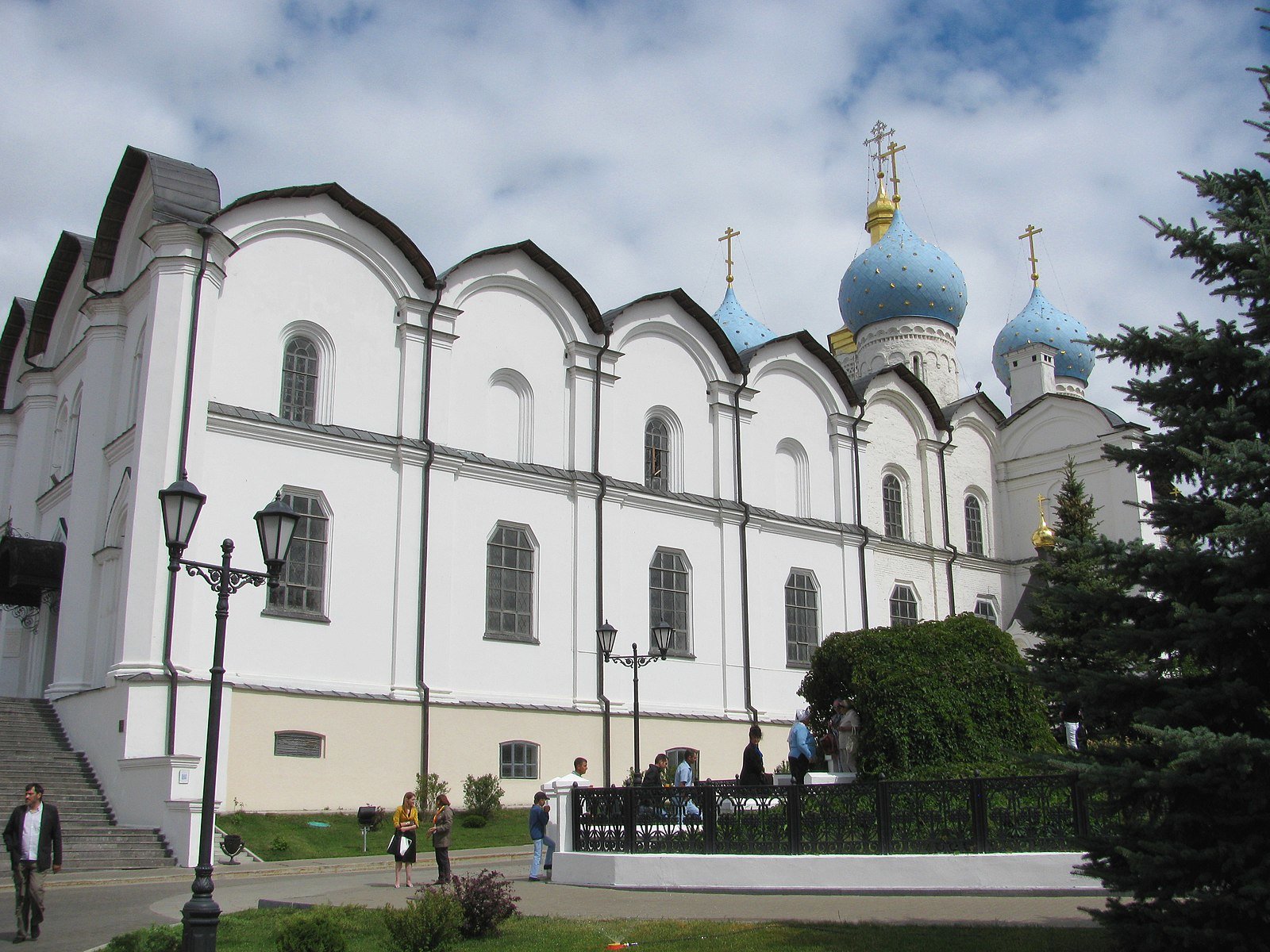 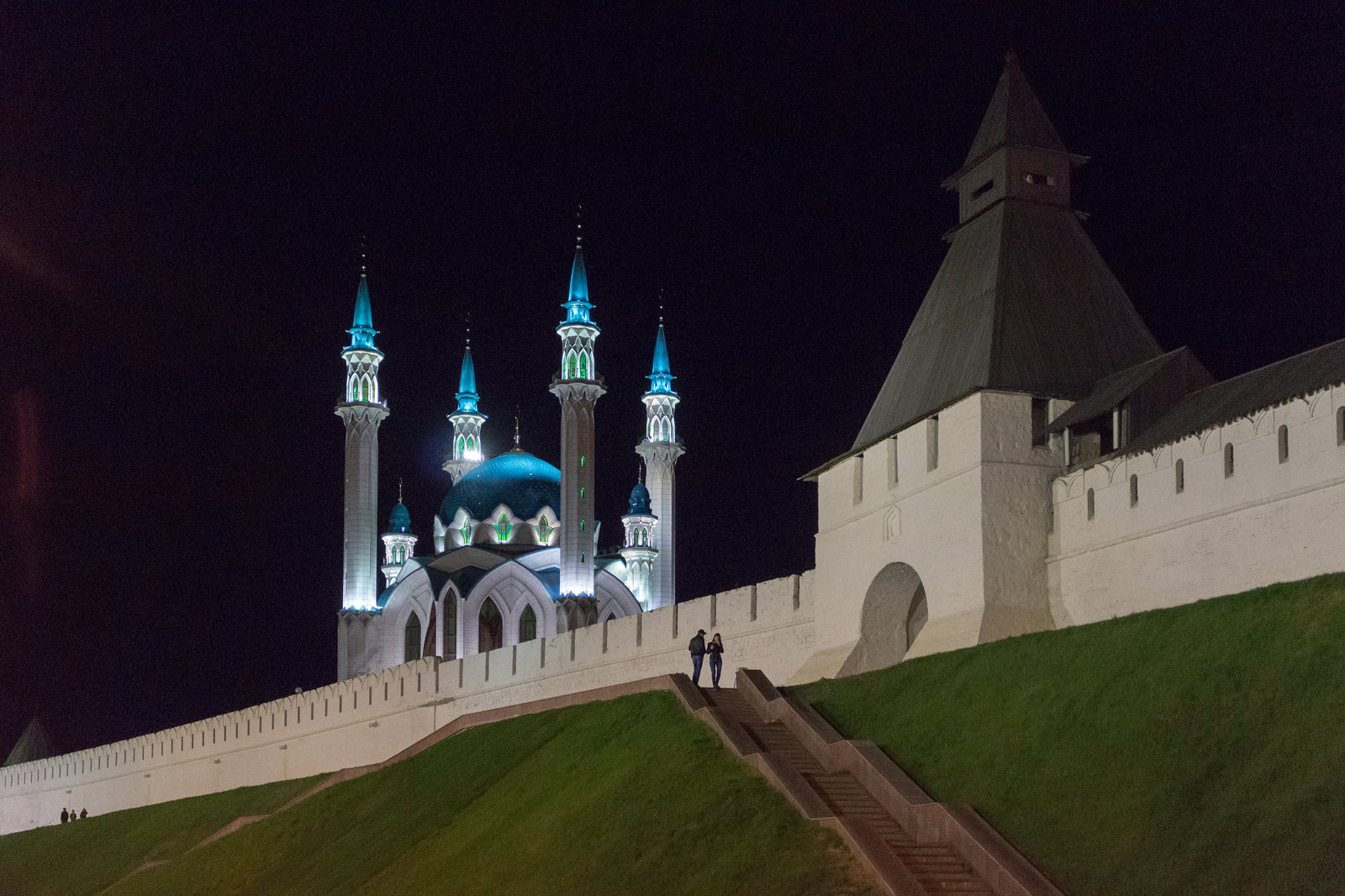 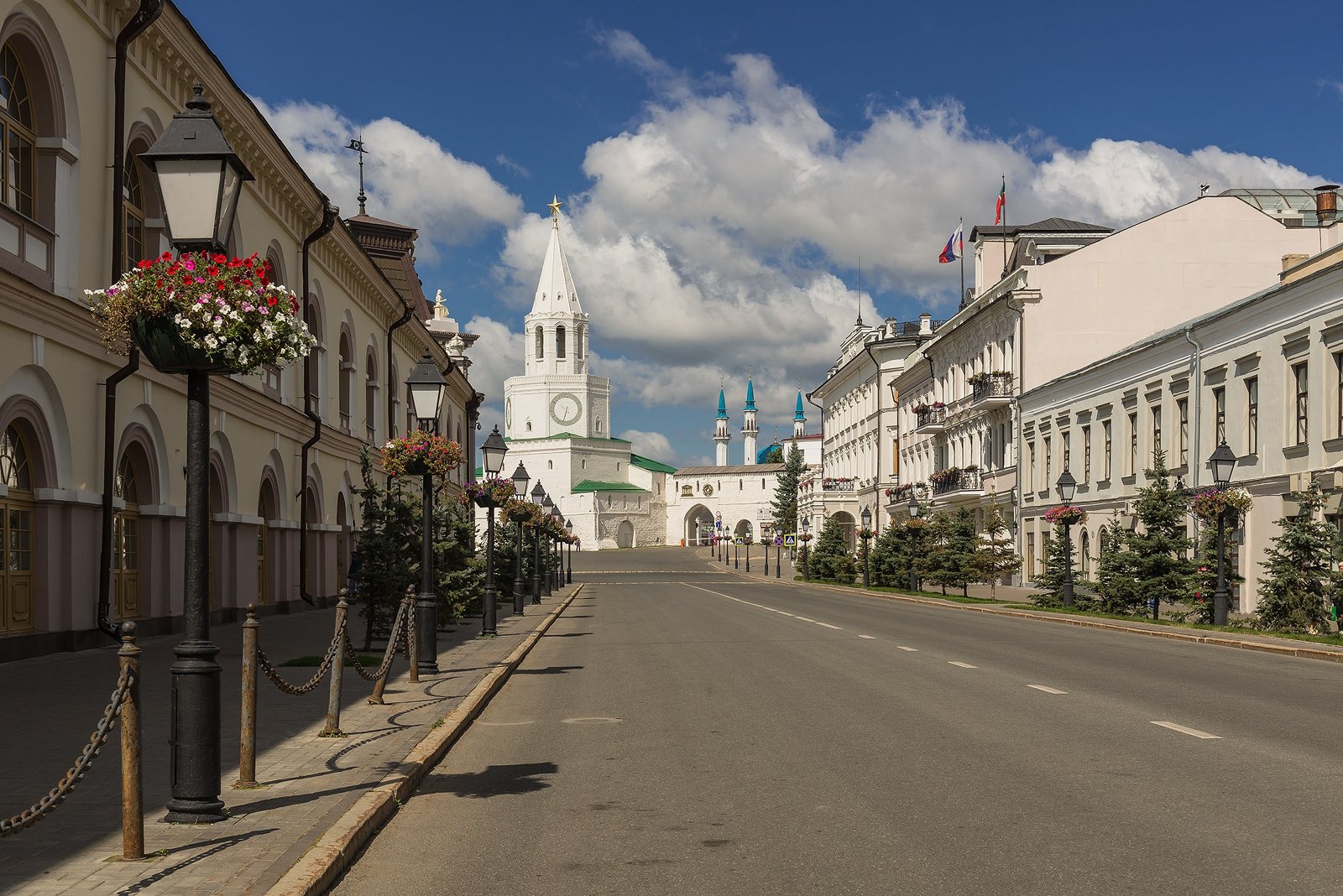 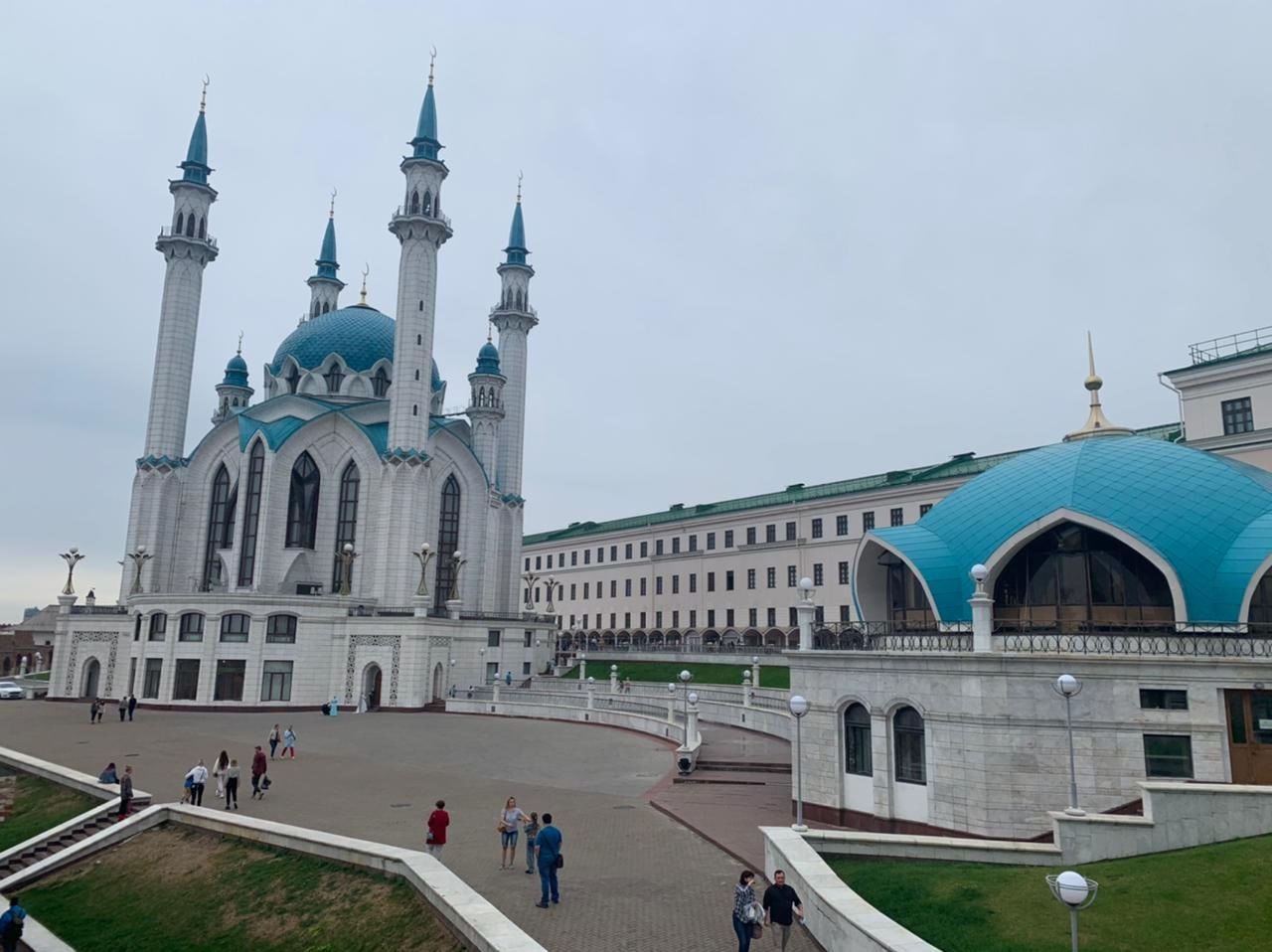 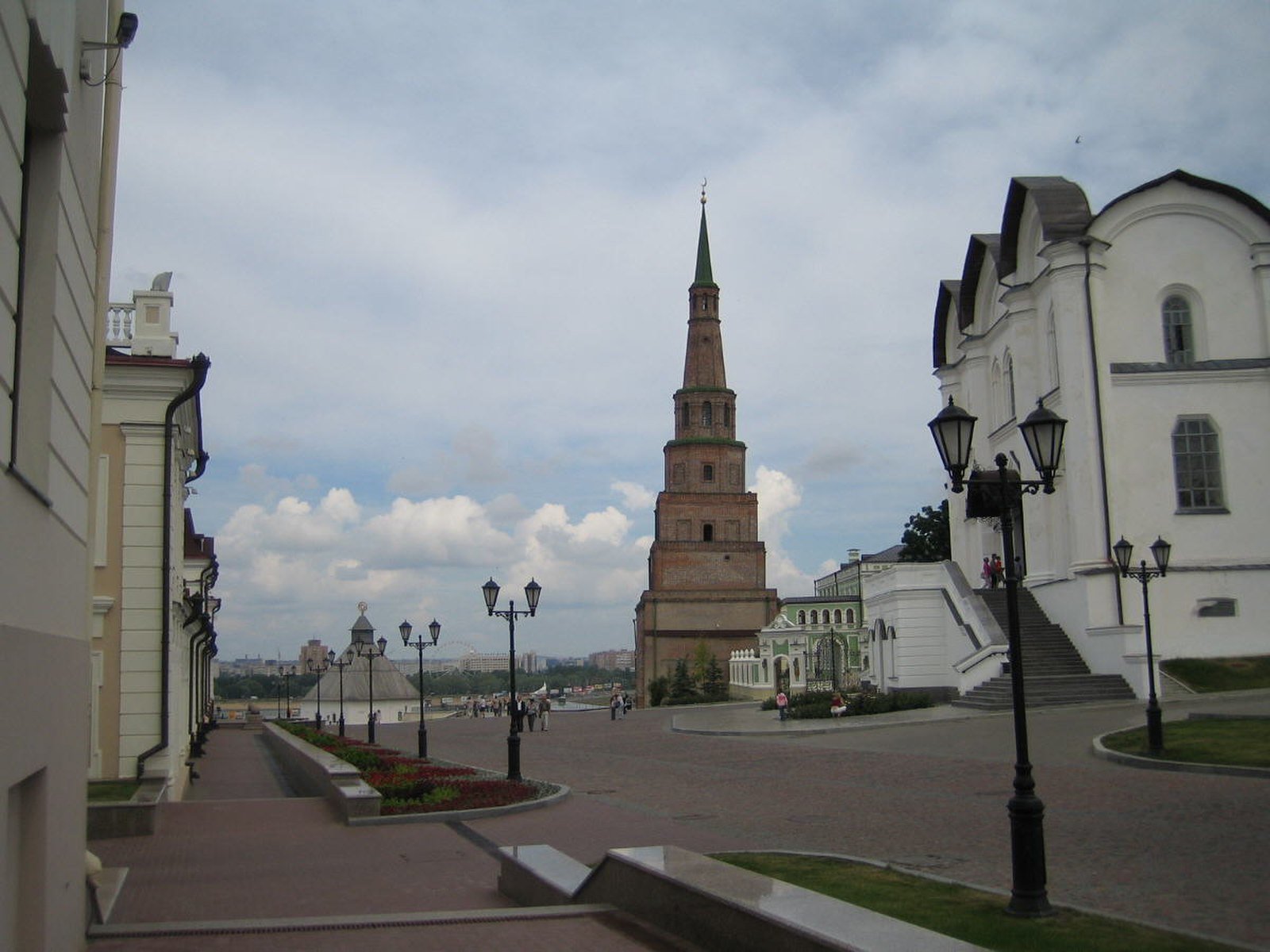 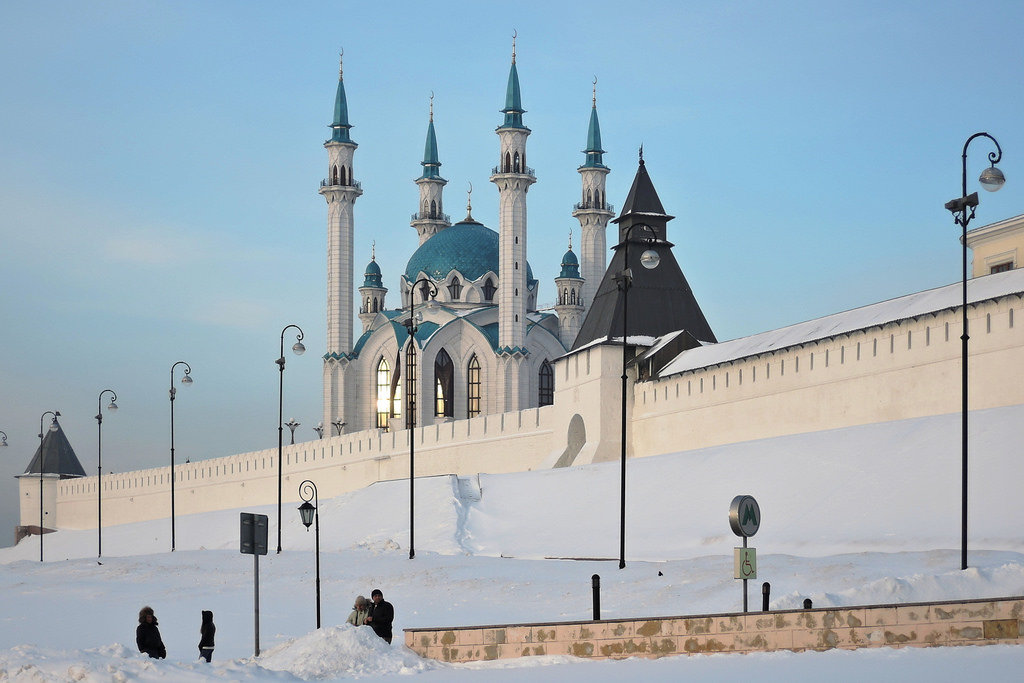