×
What are you looking for?
See all results
Ruins in Homburg 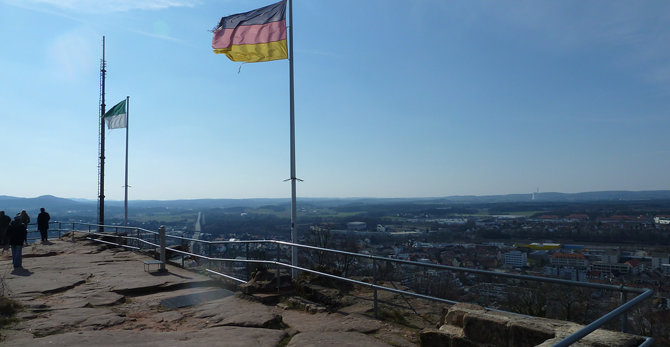 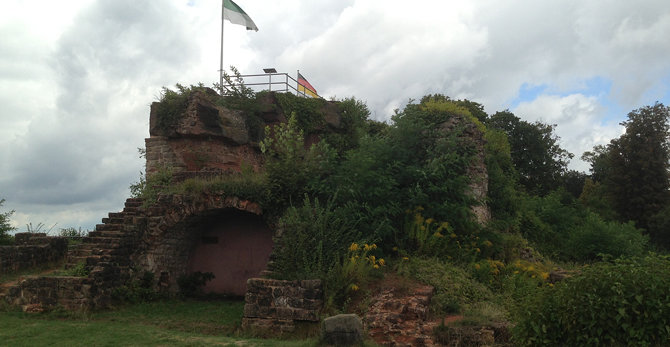 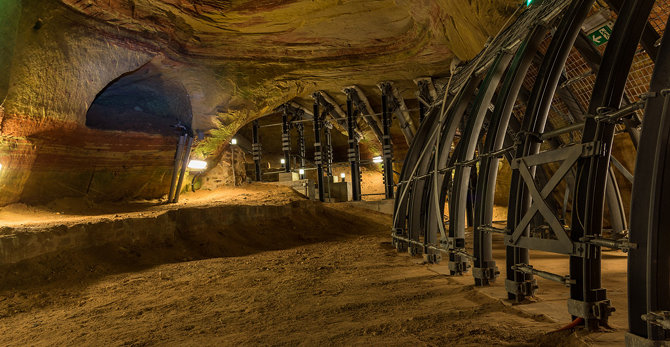 View all photos
I've been here
I Want to visit
Get directions
3,723 people have been here
6.3/10
Translate
Deutsch English Română Google Translate

His upbringing as the son of an unimportant poor prince did not give Charles II August the chance to build a castle of European standing. It was the extinction of the three main branches of the house of Wittelsbach, which gave him the opportunity to do so. In 1775 Christian IV, duke of Zweibrücken died without legitimate children. Charles August became his successor. At the same time, neither Charles Theodore, Elector of Bavaria, Elector Palatine, the head of the Protestant main branch of the house of Wittelsbach, nor Maximilian III Joseph, Elector of Bavaria, the head of the Catholic main branch of the house of Wittelsbach, had surviving legitimate children. So Charles August was expected to succeed these relatives too.

Charles Theodore was not interested in the Bavarian inheritance (because of their illegitimate birth, his own children would not benefit from the inheritance). Therefore he was willing to sell his hereditary title and, after the death of Maximilian Joseph, his Bavarian property to the Austrian house of Habsburg.

The European powers, especially Prussia, were not interested in seeing the house of Habsburg make further land gains. The only way to prevent this from happening was to make sure that, instead of selling his own hereditary title too, Charles August protested against every attempt to impede his succession to the Bavarian throne. To insure this, Charles August received financial support from European powers such as France and Prussia. Part of the demonstration of his position as the inheritor of the Electoral Palatinate and Bavaria was an extensive holding of court.

Architect of the castle was Johann Christian von Mannlich, painter and architect, who held the office general building director of the duke of Zweibrücken.

In 1760 the Baron of Closen built a house, called Luisenhof (Louise grange) after his wife Louise von Closen (born von Esebeck), on the Buchenberg. When he died, the estate was inherited by his widow.

On July 27, 1777, duke Charles II August bought the Luisenhof for the price of 23,000 gulden (a journeyman had to work two days to earn one Gulden) and 60 new Louis d'or (about twice the worth of a gulden). He was influenced by his mistress, Caroline von Esebeck, a cousin of the owner, who was seeking to sell the property she did not use any more, because she lived with her new husband, the count of Strahlenheim-Wasaburg in Forbach.

From 1778 to 1788, a castle was constructed on the area of the Louisenhof. Leading architect was Johann Christian von Mannlich (born 2 October 1741, Strasbourg; died 3 January 1822, Munich), a painter and architect, who became court painter and general building director of the duke of Zweibrücken.

The main entrance was located in the valley in front of the castle. There the Karlsberger Hof (Karlsberg grange), a farm building, was constructed. This is the only building of the castle complex that is still intact. From there, a meandering road led to the mansion, a three winged building, arranged around a court of honour.

The main buildings were constructed along the edge of a hill, giving a view over the surrounding countryside.

In 1778 the construction of the first buildings began. Several buildings were constructed at the same time.

In 1779 the castle became the residence of the dukedom. The castle was more than just a mansion with a garden, connected, to it. In addition to the mansion itself, there was a full functional small village with barracks, farms, nurseries, kennels and stables.

The buildings were constructed in a very plain style. The uniform design of the one and two storied buildings includes continuous cornices and architrave blocks and gabled roofs. Only the buildings of the Corps de logis have a mansard roof. The buildings only impress by their size. The right side of the main complex of buildings has a length of 1,250 meters, thus creating the largest country palace of Europe.

With 42 meters, the staircase was one of the biggest of the Baroque period.

In the upper floor, the state rooms could be found.

Main parts of the equipement of the castle were created by purveyors to the French court. Other parts came from older castles of the dukes of Zweibrücken.

Most of the elaborate carved and gilded furnitures and plankings were created by the French court cabinetmaker Georges Jacob gefertigt. Sculptures were produced by the French sculptors Francois-Joseph Duret and Martin-Claude Monot. The silverware was created by Jean-Jacques Kirstein in Strassburg and the drapery came from Lyon. The equipment followed the plans of Johann Christian von Mannlich und Jean-Démosthène Dugourc.

The main piece of the show bedroom was a bed "à la Romaine", which was the archetype of following furniture of the kings of France. Main parts of the furnitures of this room can be found at the Munich residence and Berchtesgaden castle.

The garden has three parts, the park nearby the mansion, Karlslust (Charles' pleasure) and Hirschwürzloch.

The park near the mansion is a baroque style; Karlslust and Hirschwürzlust are English parks. It is not known who created the gardens. It looks like Mannlich worked on the plans but Friedrich Ludwig von Sckell did as well.

After the outbreak of the French revolution and the begin of the first coalition war (1792–1797), the duke held a neutral position in relation to the revolutionary government of France. The dukedom of Zweibrücken had a close relationship to France. There even served a Royal Deux-Ponts Regiment, within the French army, which participated in several battles, especially the siege of Yorktown, where they played a prominent part of taking redoubt 9. As compensation for this policy of neutrality, the duke was granted neutrality by the French government. Because of this guarantee, unlike other princes, the duke stayed within his dukedom, close to the French territory and the French armies. After the execution of Louis XVI, Charles II August was to be put on trial in front of a revolutionary tribunal, which would have meant his death. Before French troops could arrest him, he was warned by a nearby farmer and was able to escape to Mannheim, to live in his castles of Mannheim and Rohrbach near Heidelberg.

Within the next six months, French and Prussian troops alternately gained control of the region around the castle. Protected by the Prussian army, the equipment was transported to Mannheim too.

When the French troops capitulated in Mainz, the relief troops retired back home to France. Leaving the region, they marauded the castle and the residents of the nearby villages were allowed to plunder the buildings. On the eve of July 28th, the French soldiers set fire to the main buildings. To be able to do so, about one hundred cartloads of straw had to be transported from Metz.

The fire did not destroy all of the buildings. The mansion was destroyed, but most of the service rooms and farming buildings were unaffected.

In the aftermath, the castle hill was still inhabited. In November 1793, there were still children born and documented in the church register. Until 1797, the court still settled accounts concerning the castle, although there were no real efforts to secure or maintain the buildings. Therefore the buildings decayed even more. Napoleon returned the ruins to the duke's widow, under the condition that she remove all the ruins.

Parts of the furniture and equipment were auctioned off after the death of Charles II August. The rest was spread on several castles and museums of the house of Wittelsbach.

Today, only one building remains. The Karlsberger Hof, a former farmhouse near the main entrance of the castle territory. After serving for different purposes as a sugar factory or a forester's house, the Karsberger Hof is owned by the Karlsberg brewery.

Of the other buildings nothing remains, except parts of the foundations. Soon after the destruction, the hill was forested. Within this forest, there are some ponds, especially the Karlsberg weiher (Karlsberg pond), which are remains of water basins of the castle park.

Burg Nanstein is a castle in Landstuhl, Rhineland-Palatinate, Germany.

Lichtenberg Castle (German: Burg Lichtenberg) has a length of 425m and

Ouvrage Simserhof was a gros ouvrage of the Maginot Line, located near

Ouvrage Welschhof was a lesser work (petit ouvrage) of the Maginot 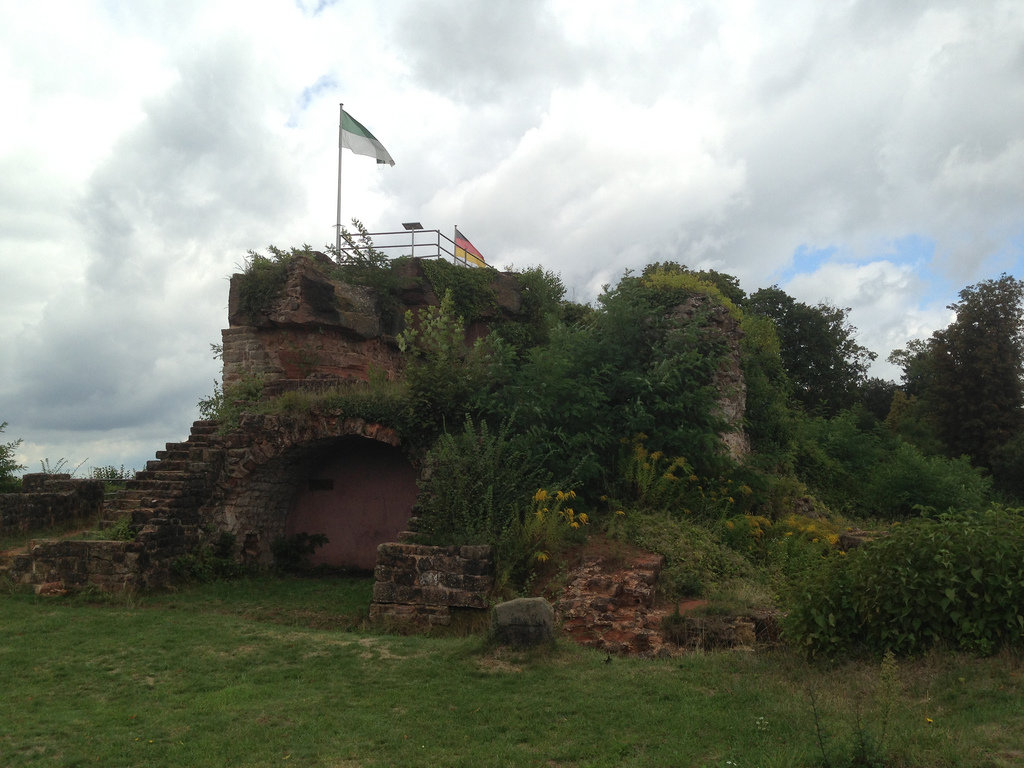 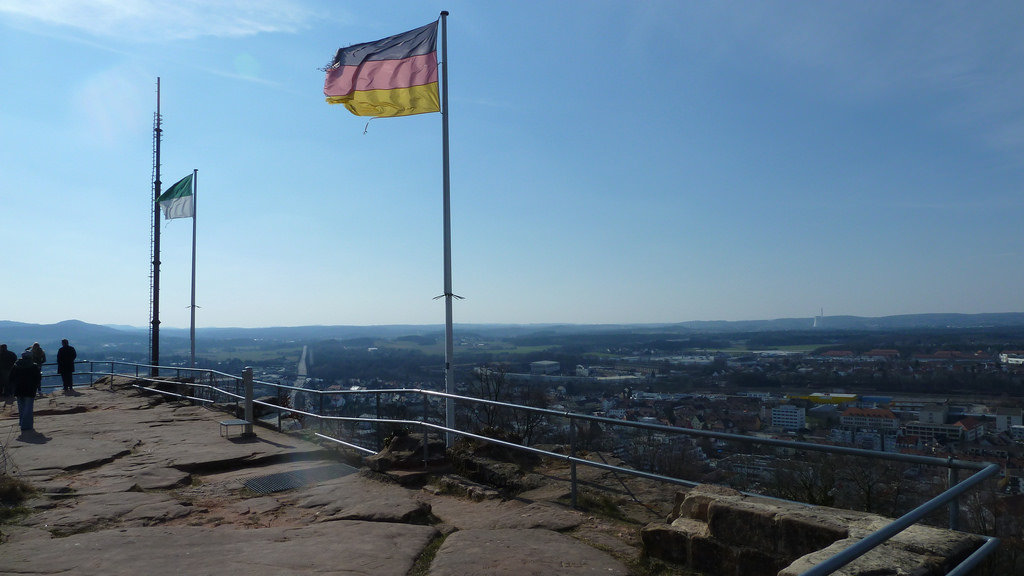 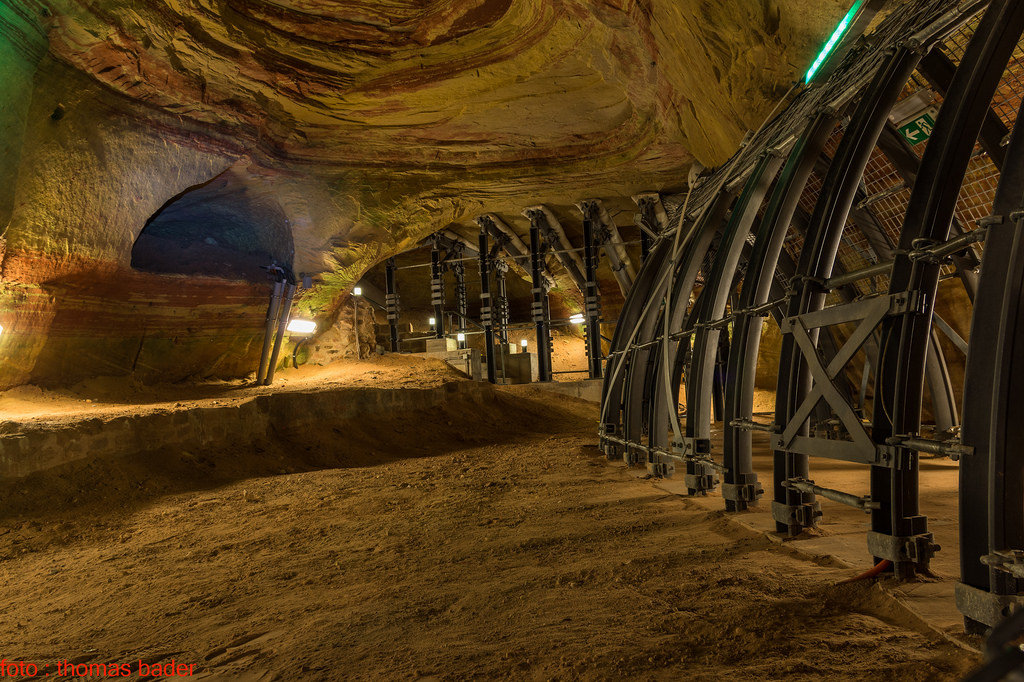 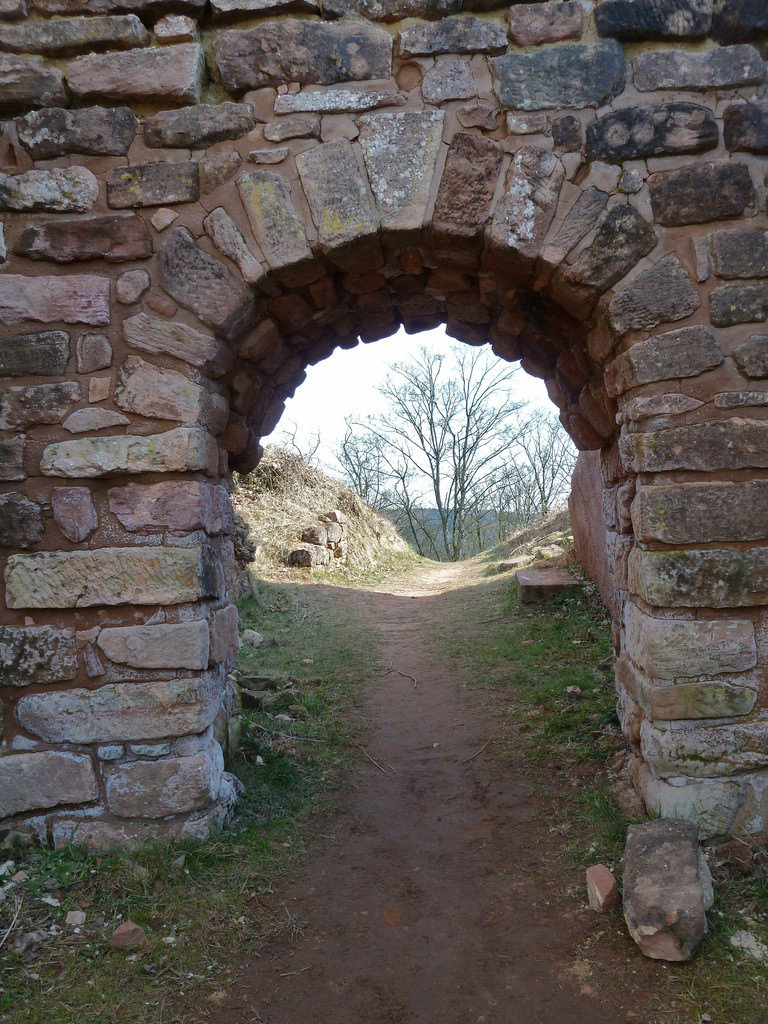 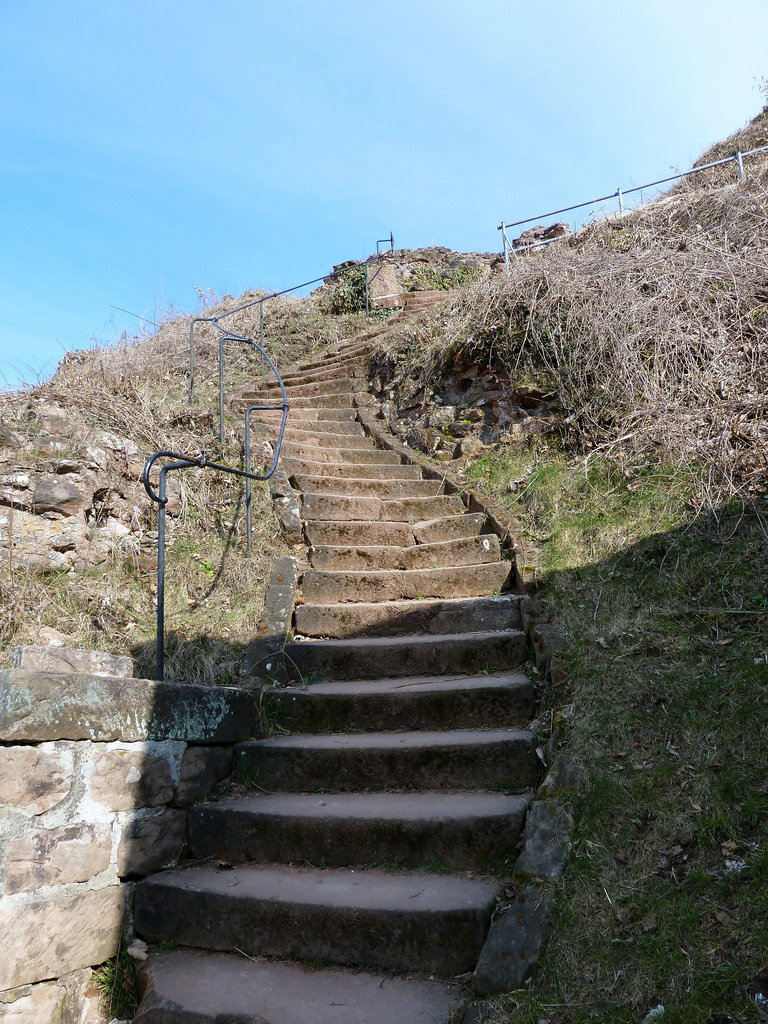 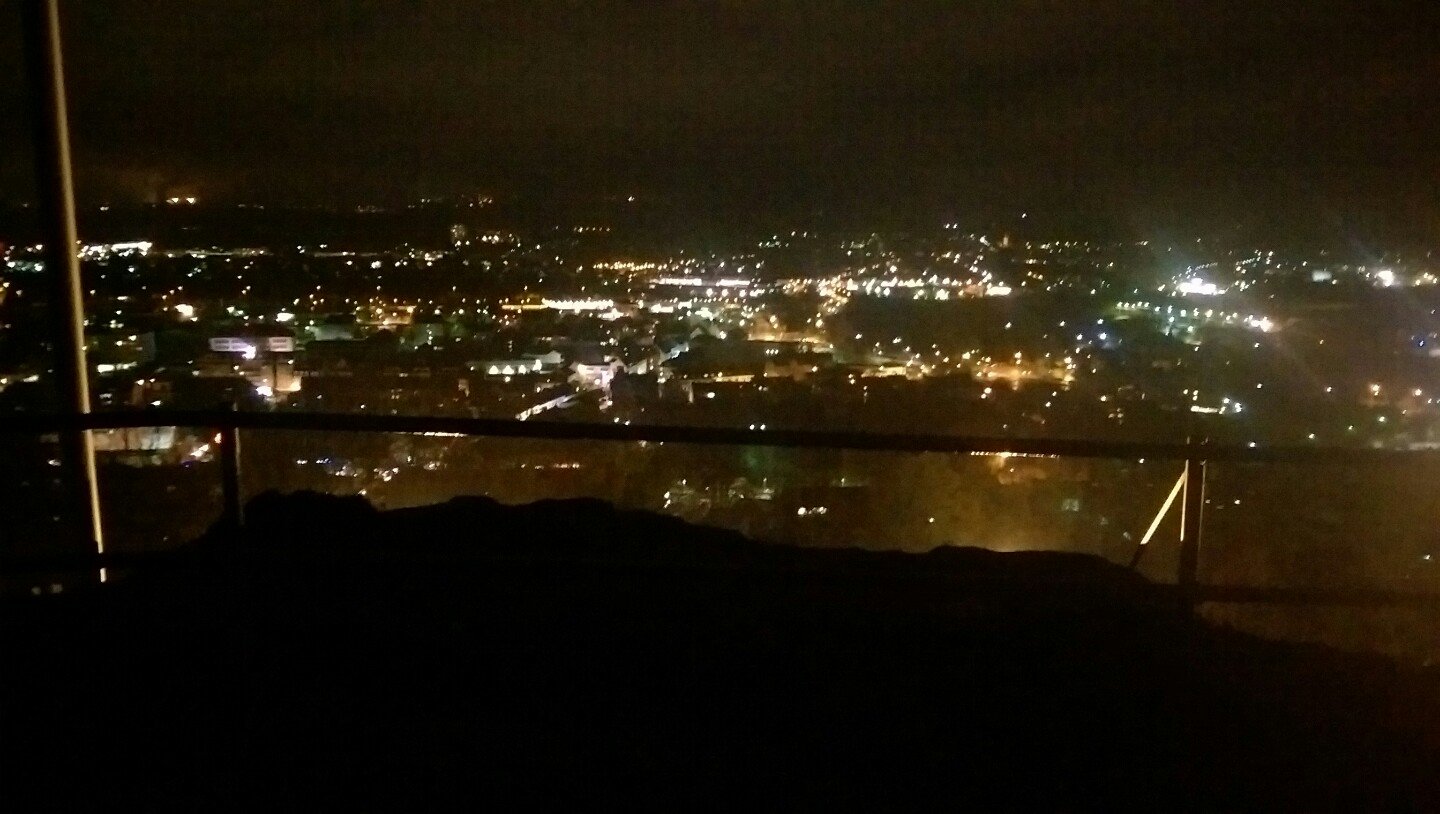 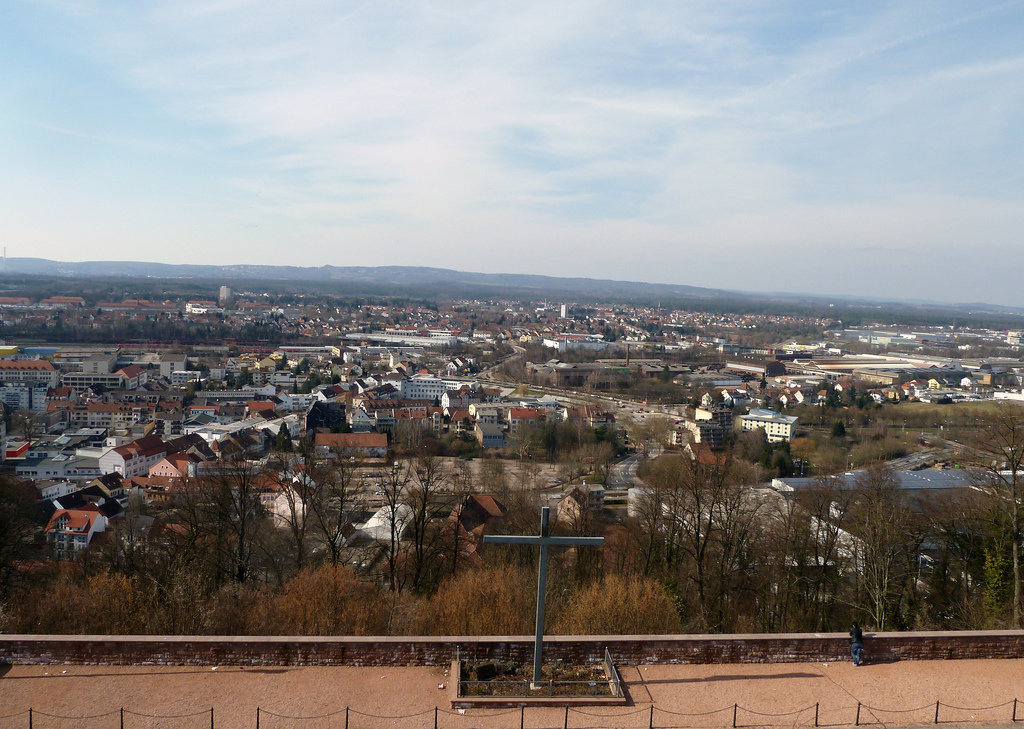