×
What are you looking for?
See all results
Castles in Kanazawa 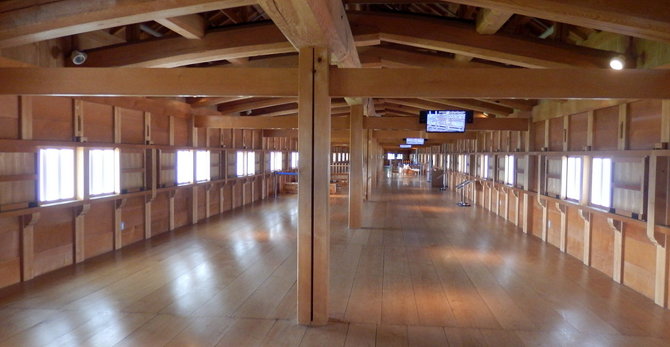 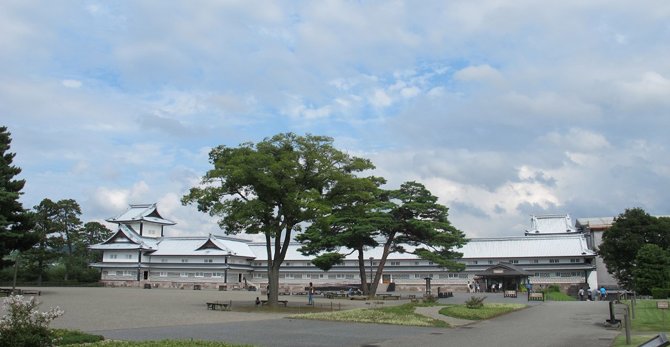 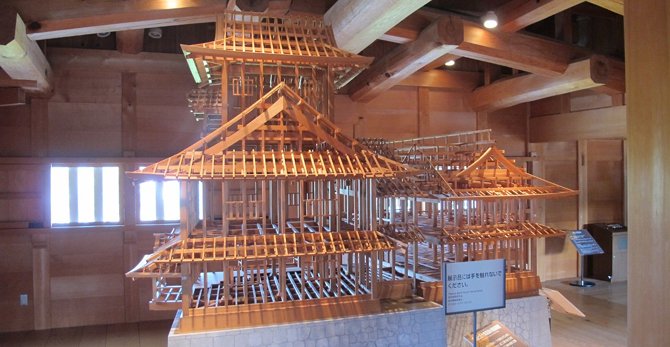 Kanazawa CastleШаблон:Nihongo is a large, well-restored castle in Kanazawa, Ishikawa Prefecture, Japan. It is located adjacent to the celebrated Kenroku-en Garden, which once formed the castle's private outer garden.

The castle was founded in 1583 when the Maeda family moved to Kanazawa to establish the Kaga Domain. It was greatly reconstructed in 1592 after the first of Hideyoshi's invasions of Korea, at which time its moats were dug. It was burned down and reconstructed in 1620-21 and again in 1631-32, then almost completely gutted in the great Kanazawa fire of 1759, and rebuilt in 1762 and 1788 (Ishikawa-mon Gate). After several minor fires and an earthquake, it was again destroyed by fire in 1881.

What remains, including the 1788 Ishikawa Gate, is now part of Kanazawa Castle Park. The Sanjukken Nagaya (an Important Cultural Asset) and the Tsurumaru Storehouse are two additional remaining structures.

The Hishi Yagura turret, Gojikken Nagaya warehouse, and Hashizume-mon Tsuzuki Yagura turret were faithfully restored in 2001 to their 1809 form, using traditional construction methods. Today's pillars are Japanese Hinoki Cypress with massive American cypress as ceiling beams. It is such a large structure within that in the late 1700s it was called "the palace of 1,000 tatami". The castle's distinctive, whitish roof tiles are made of lead. The reason for that is not only that they are fireproof, but also that in times of siege, the tiles could be melted down and cast into bullets.

The castle's main features are as follows:

Until 1989, Kanazawa University was located on the castle grounds. The large campus is now on the edge of town in an area called Kakuma. Prior to World War II, the grounds served as headquarters of the 9th Division of the Imperial Japanese Army.

Eric Dallemagne
Symbolizing the castle town of Kanazawa, this impressive structure stands to the east of the remnants of Kanazawa Castle facing Kenrokuen Garden.

Nicole Aptekar
Seeing the interior of the rebuilt castle is worthwhile, the construction is incredible!

The Шаблон:Nihongo is a large Japanese villa in the city of Kanaz

Omicho Market is a tourist attraction, one of the Markets and bazaars

Shirakawa (白川村, Shirakawa-mura) is a village located in the north 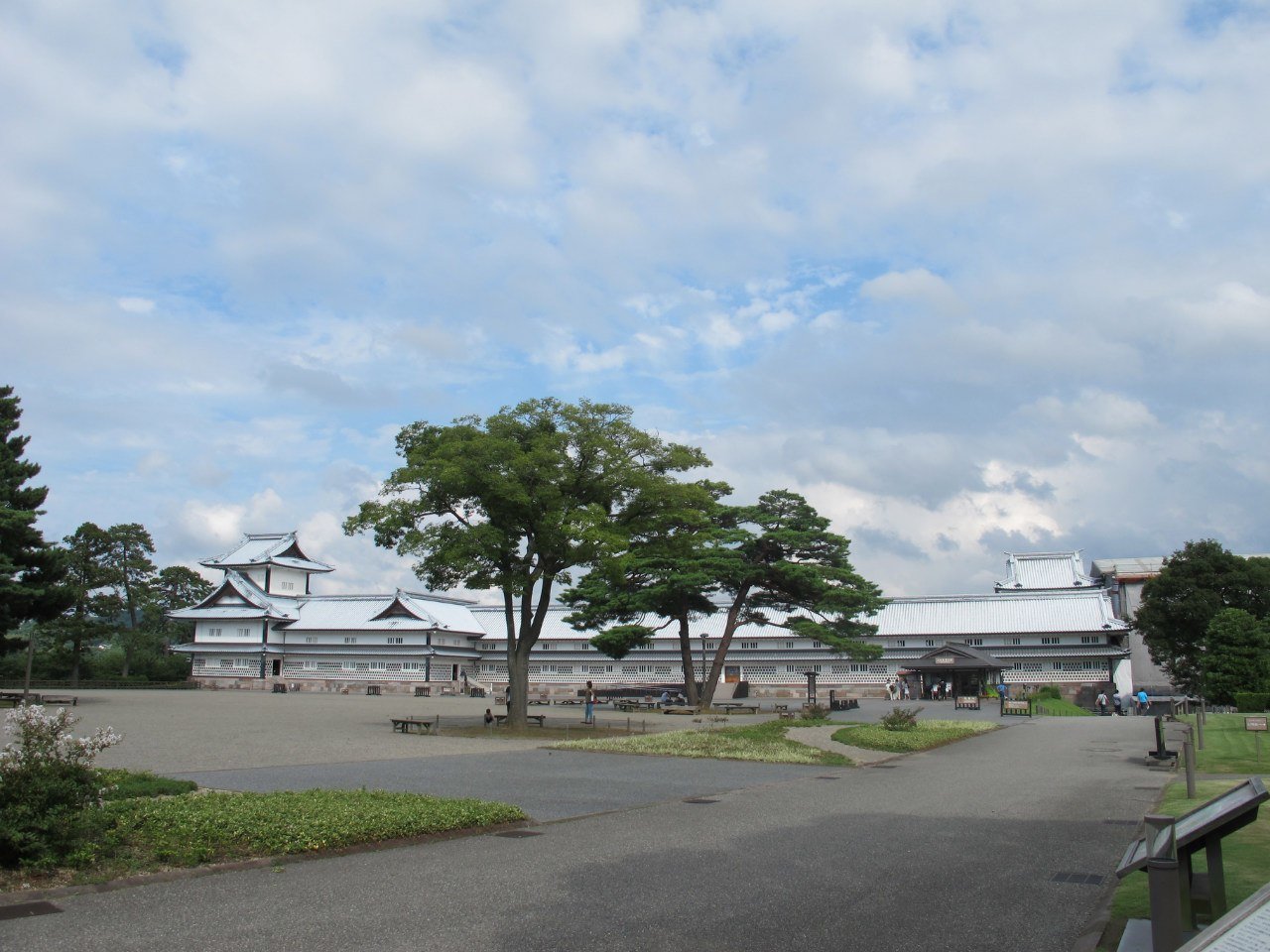 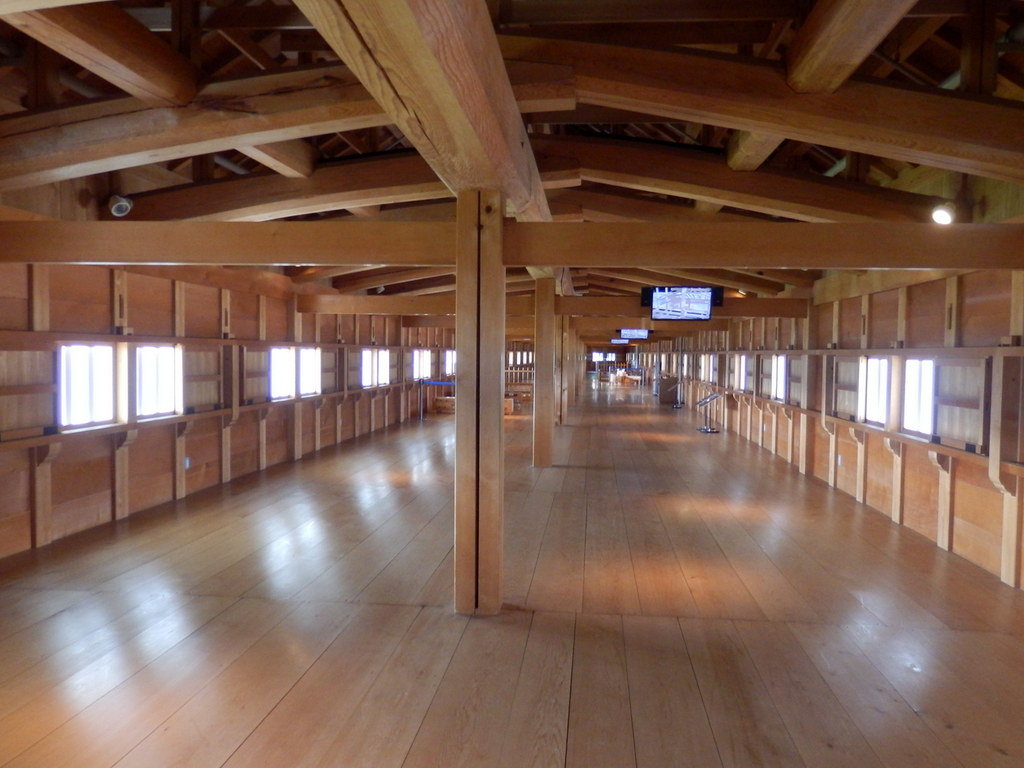 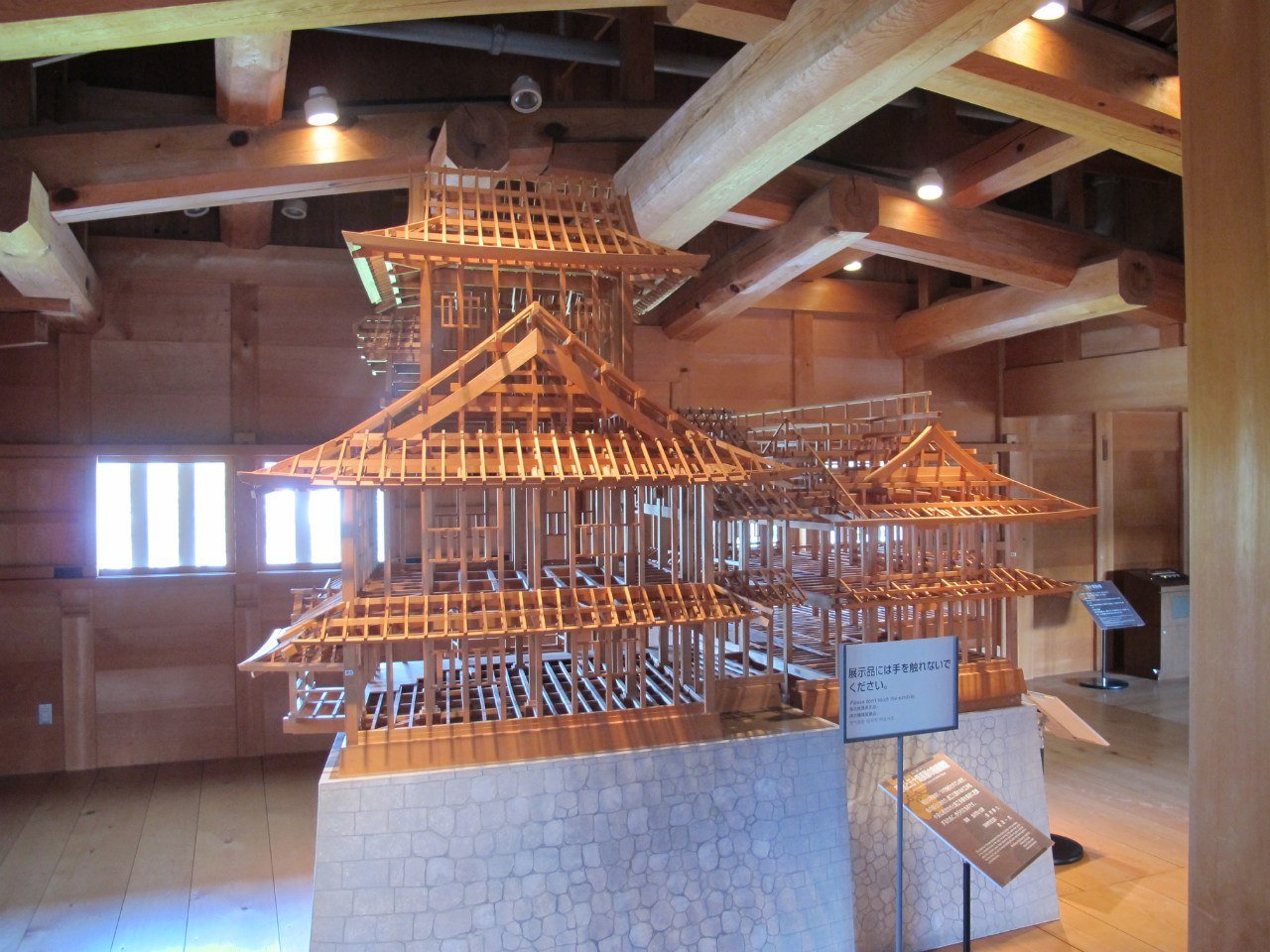 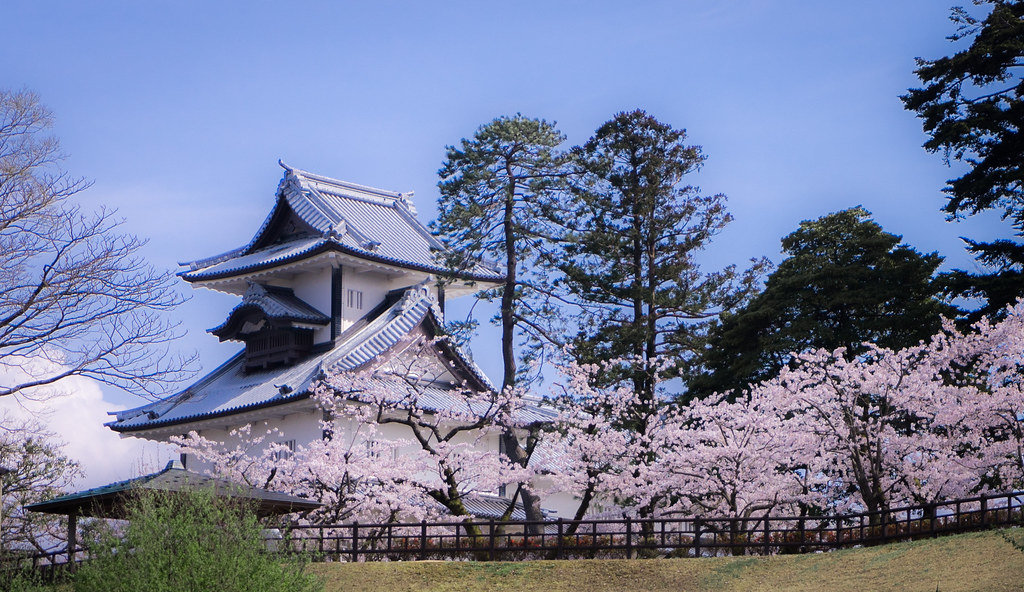 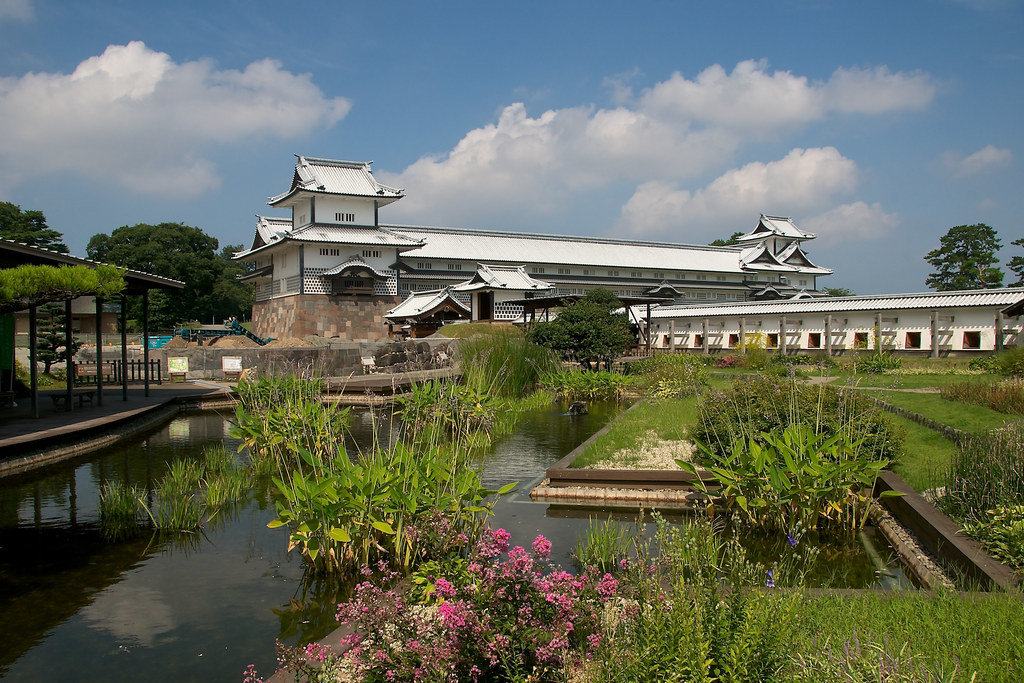 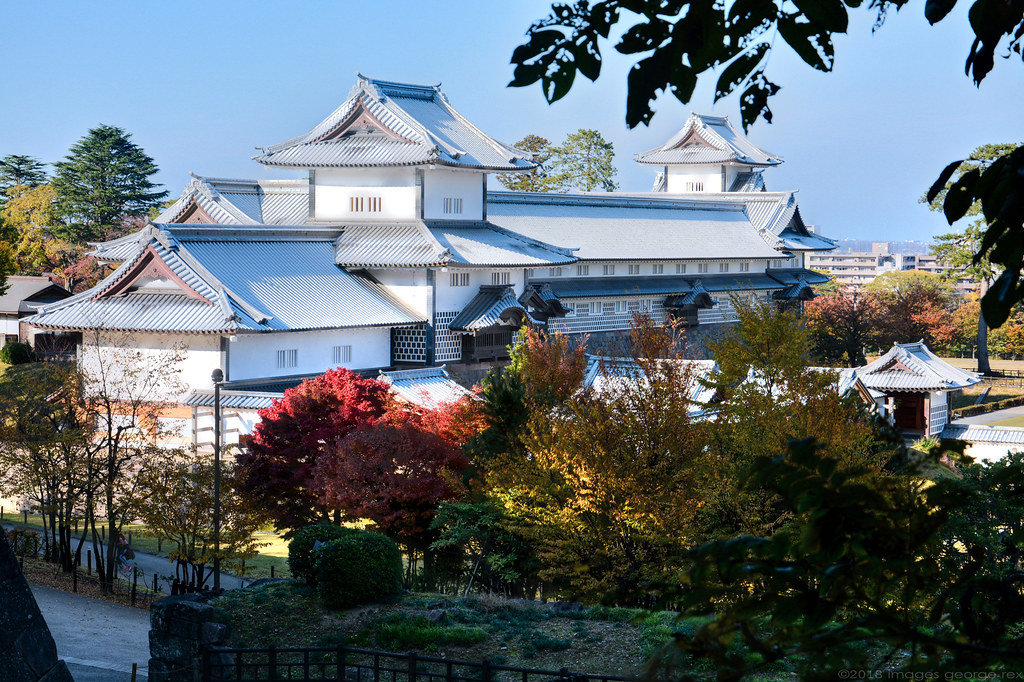 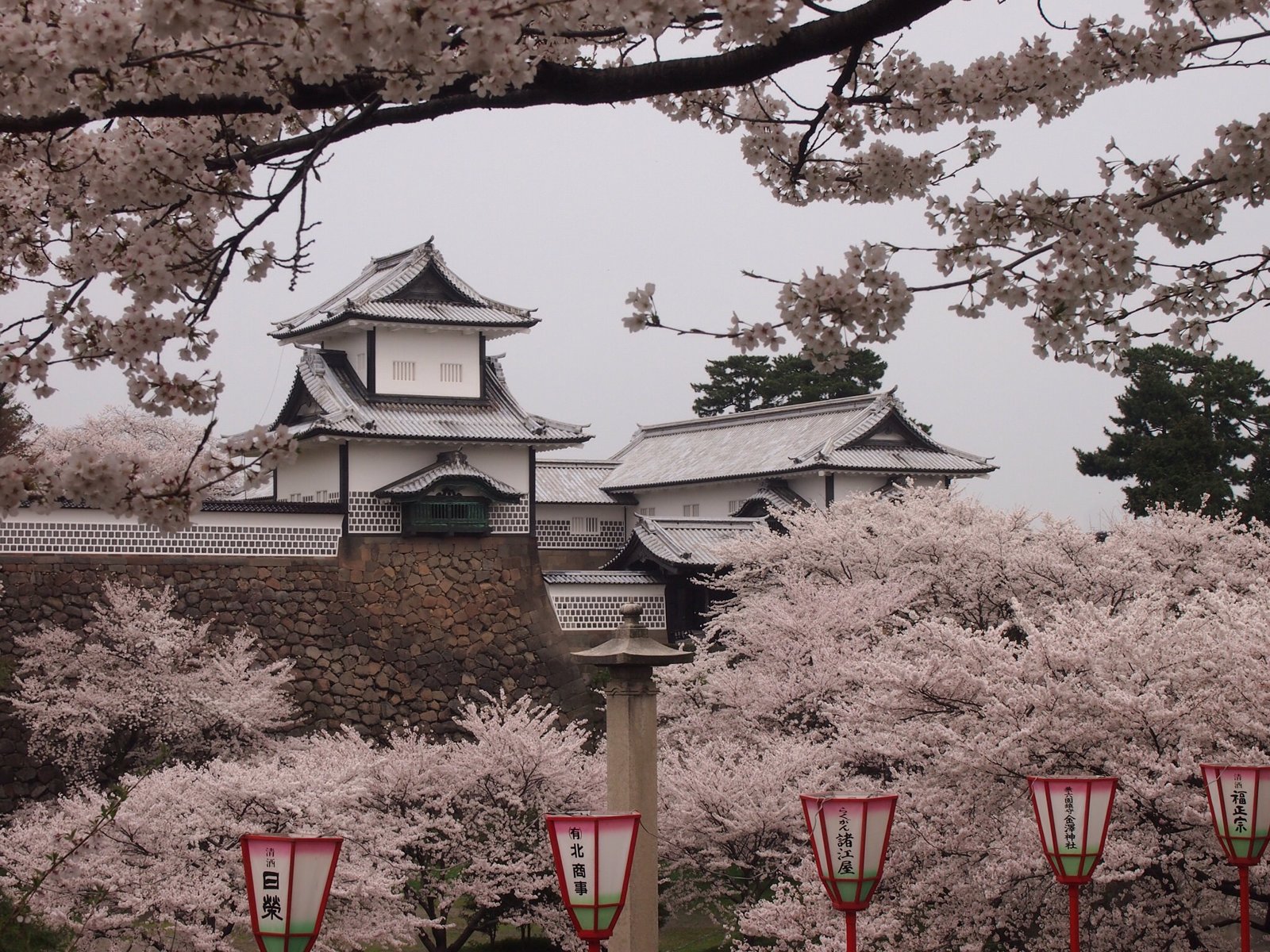 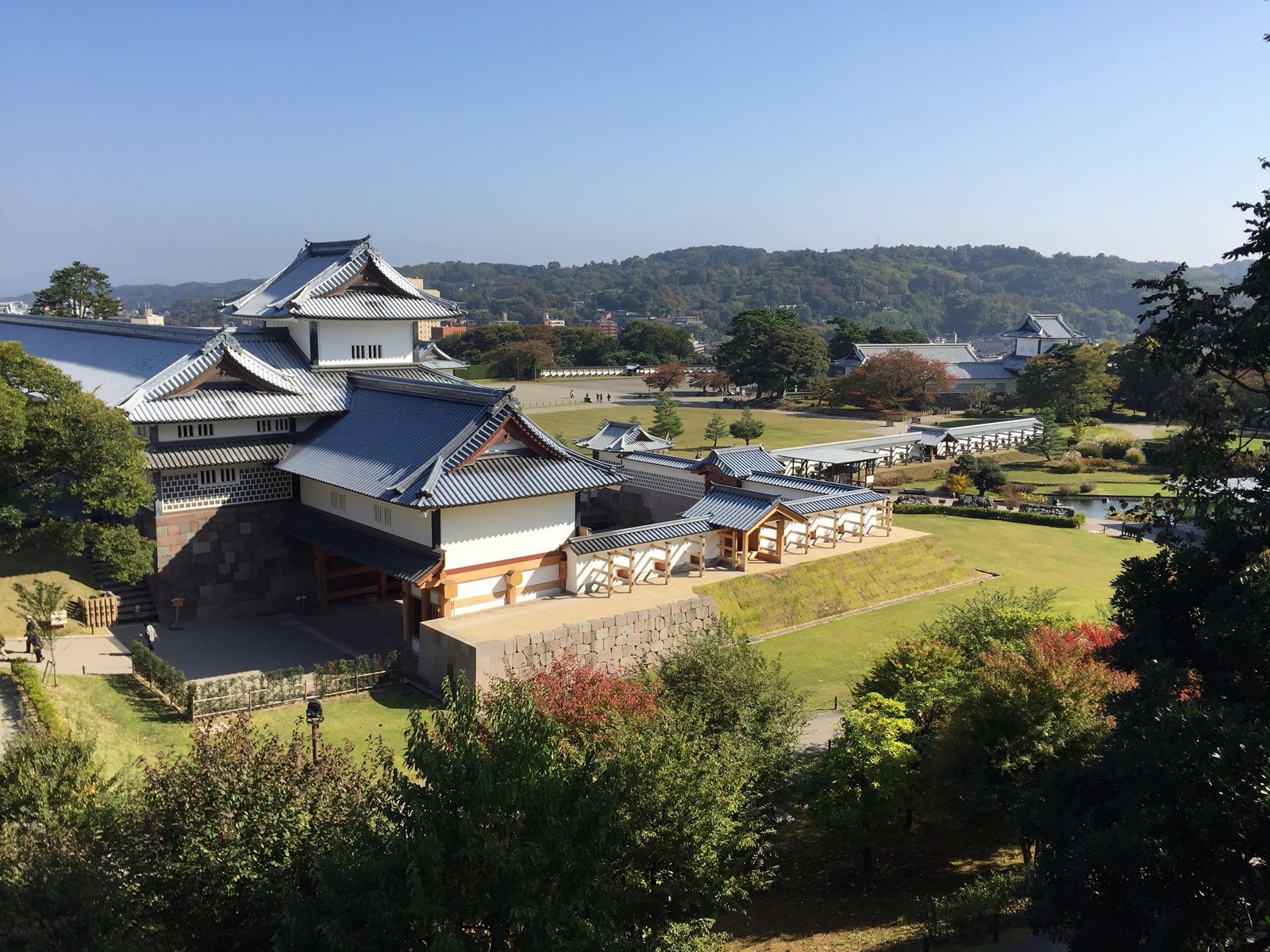 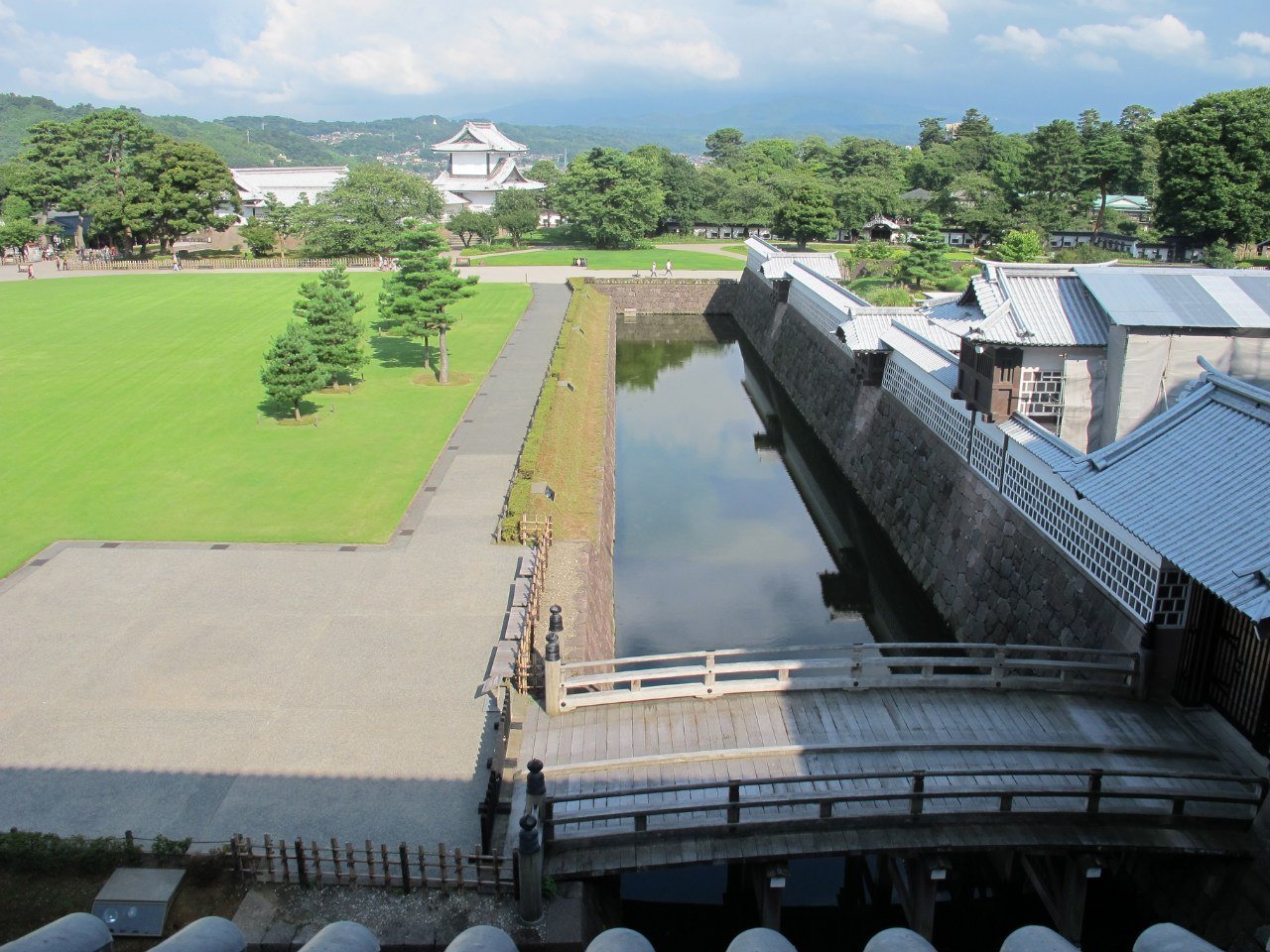 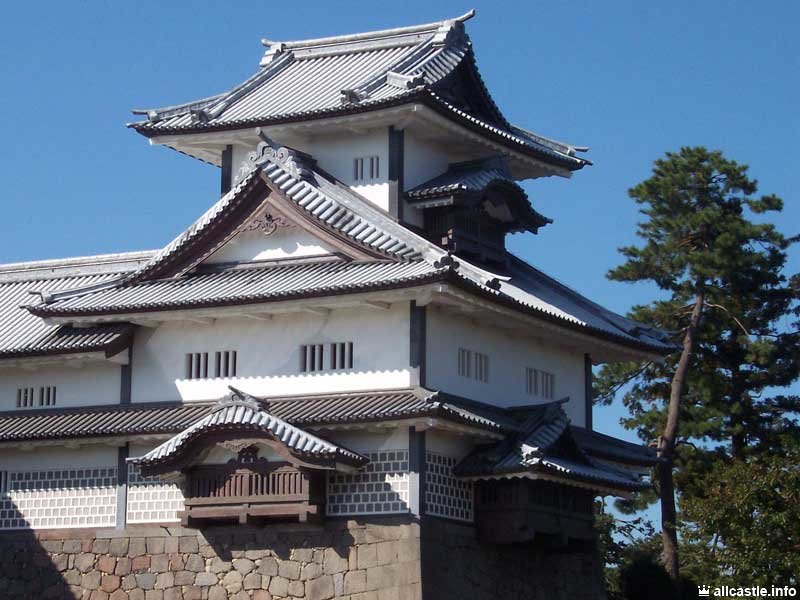 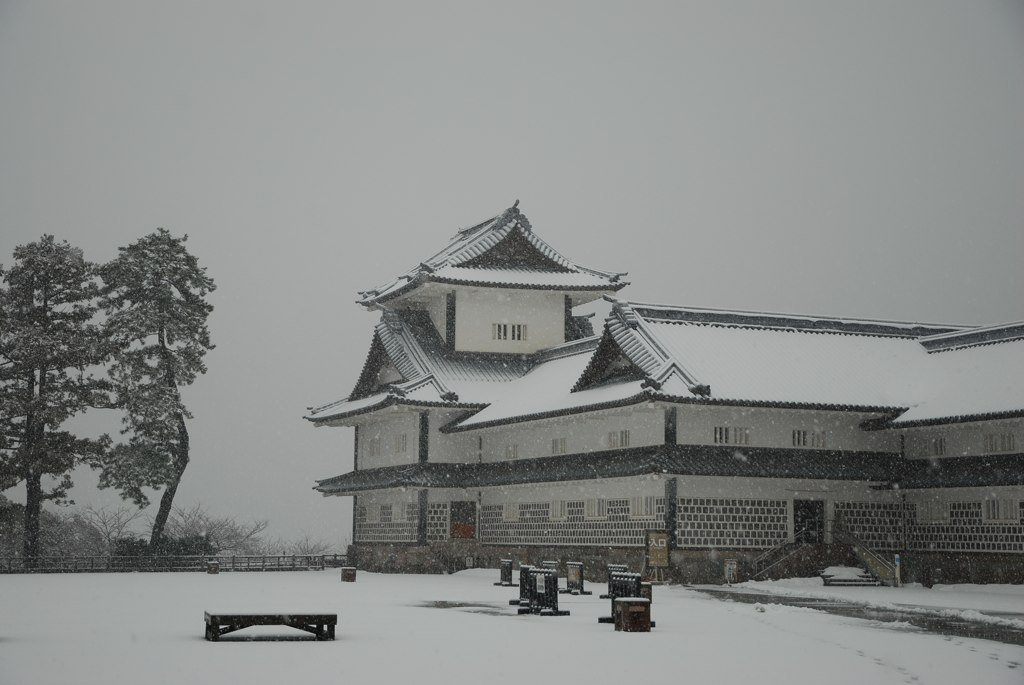 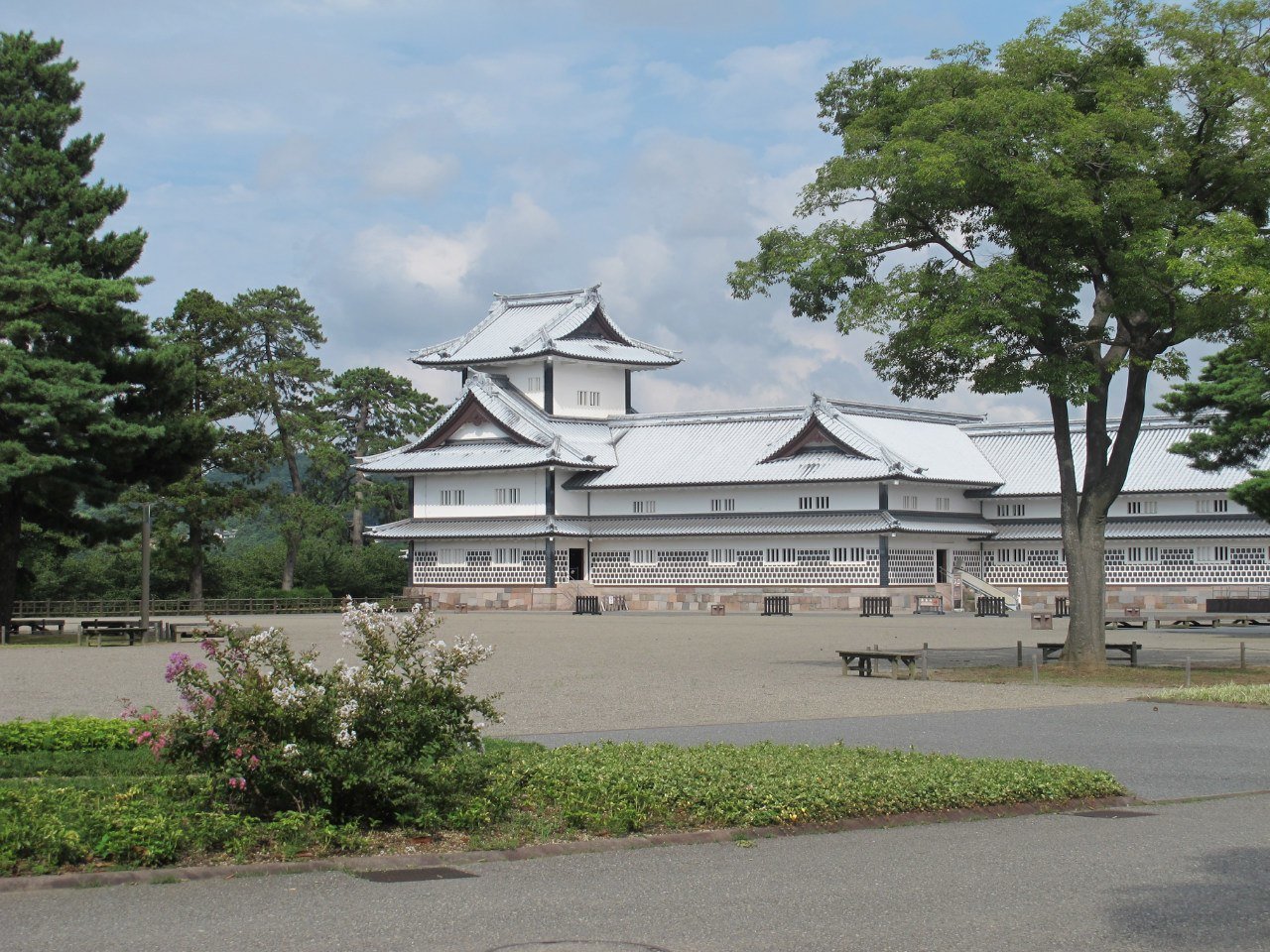 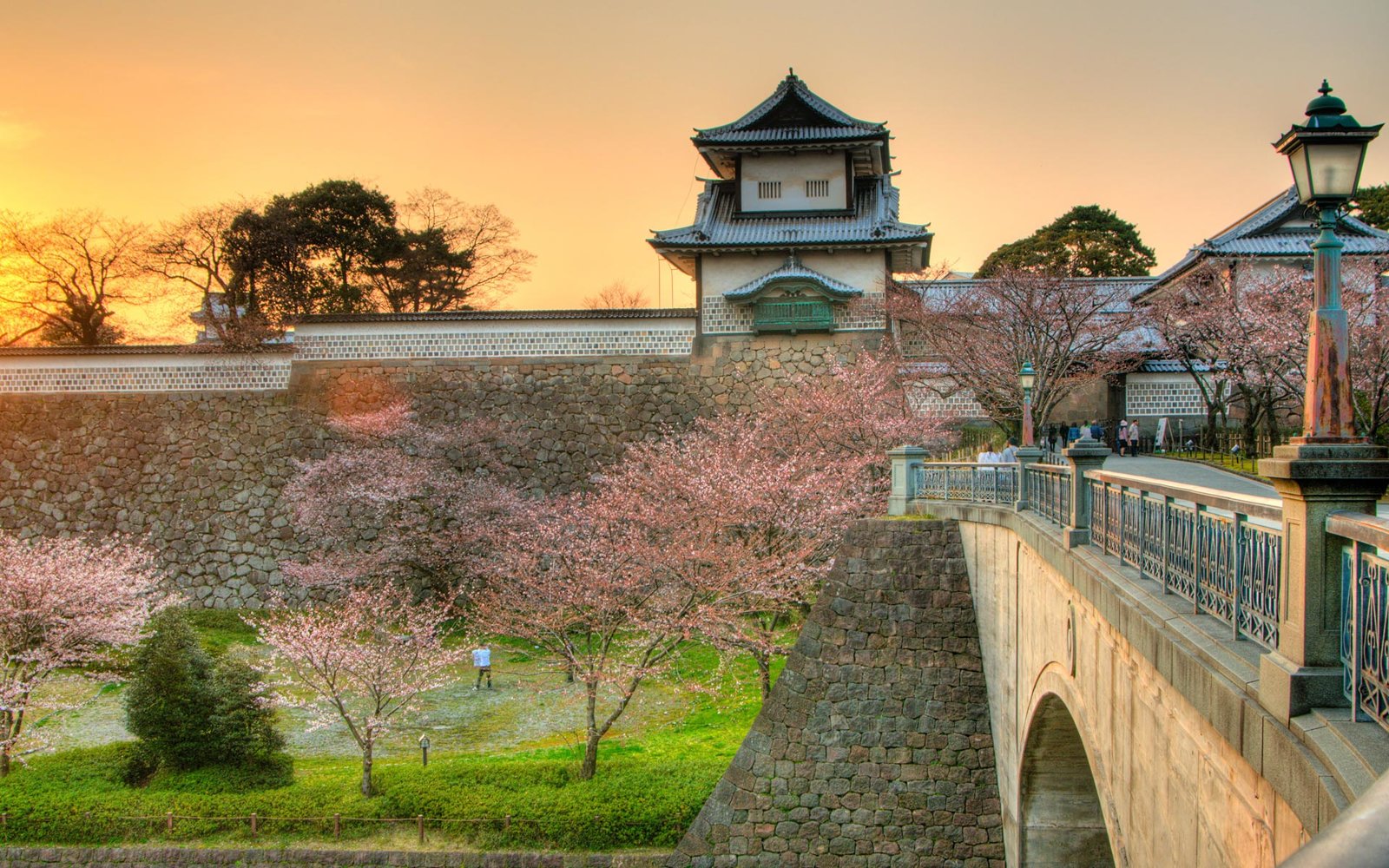 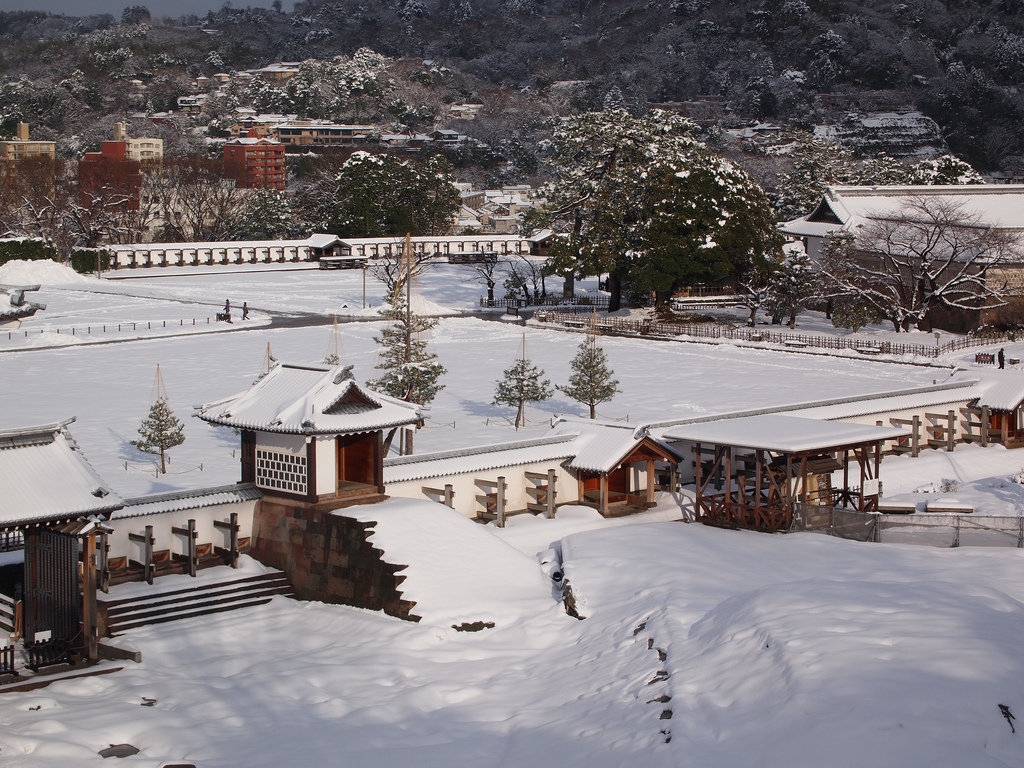 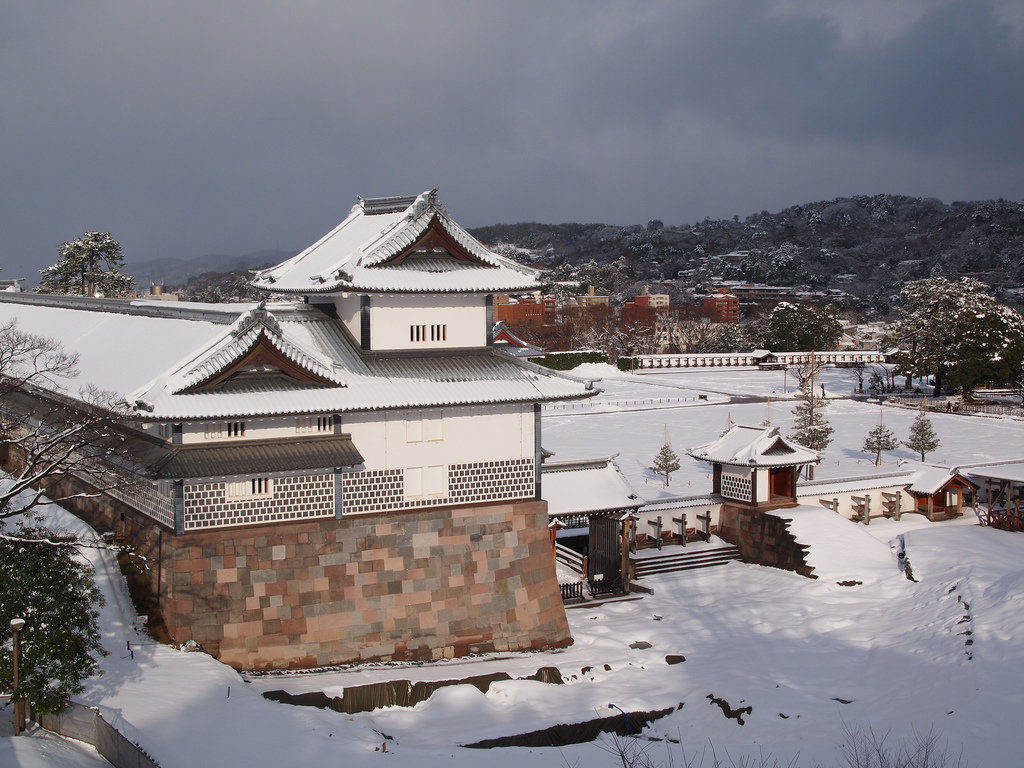 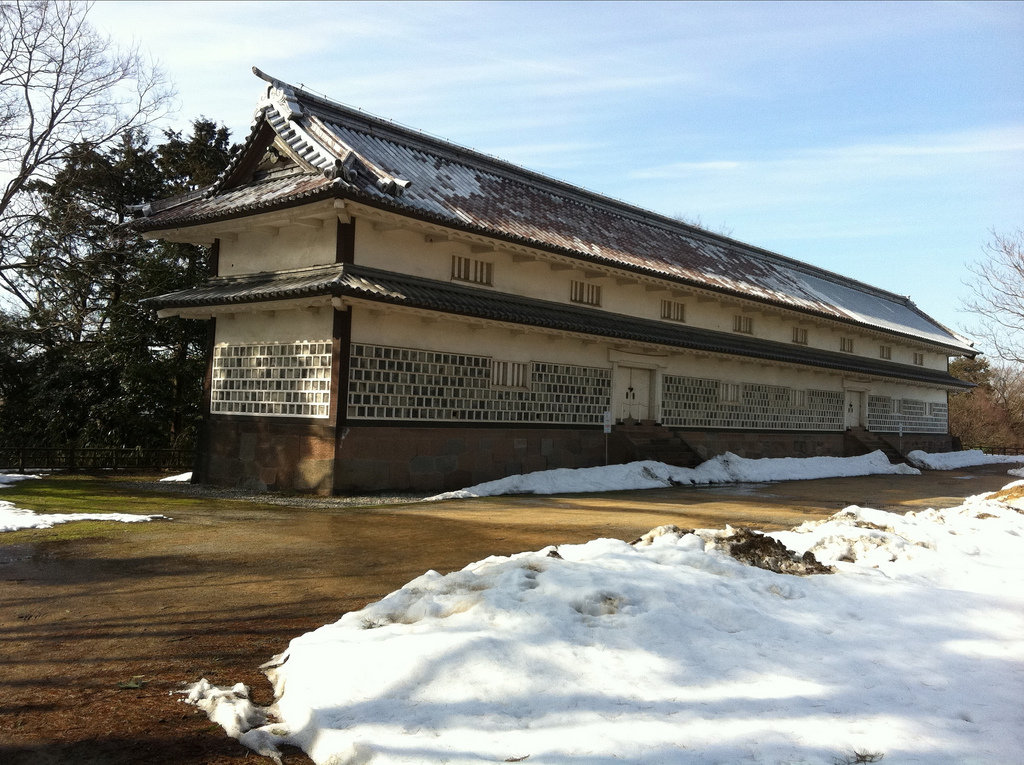 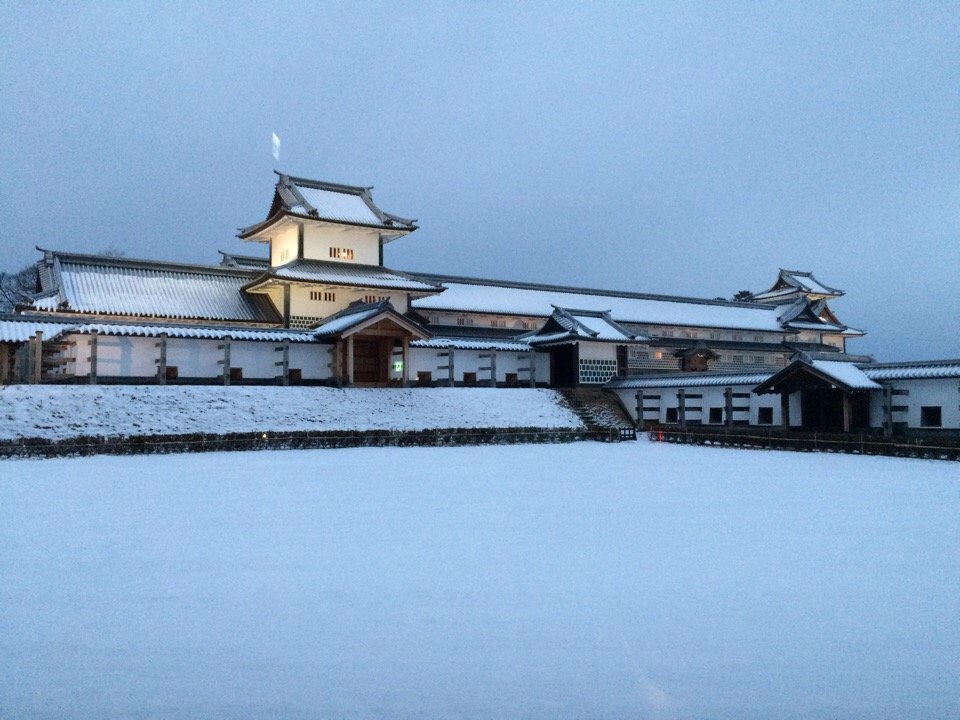 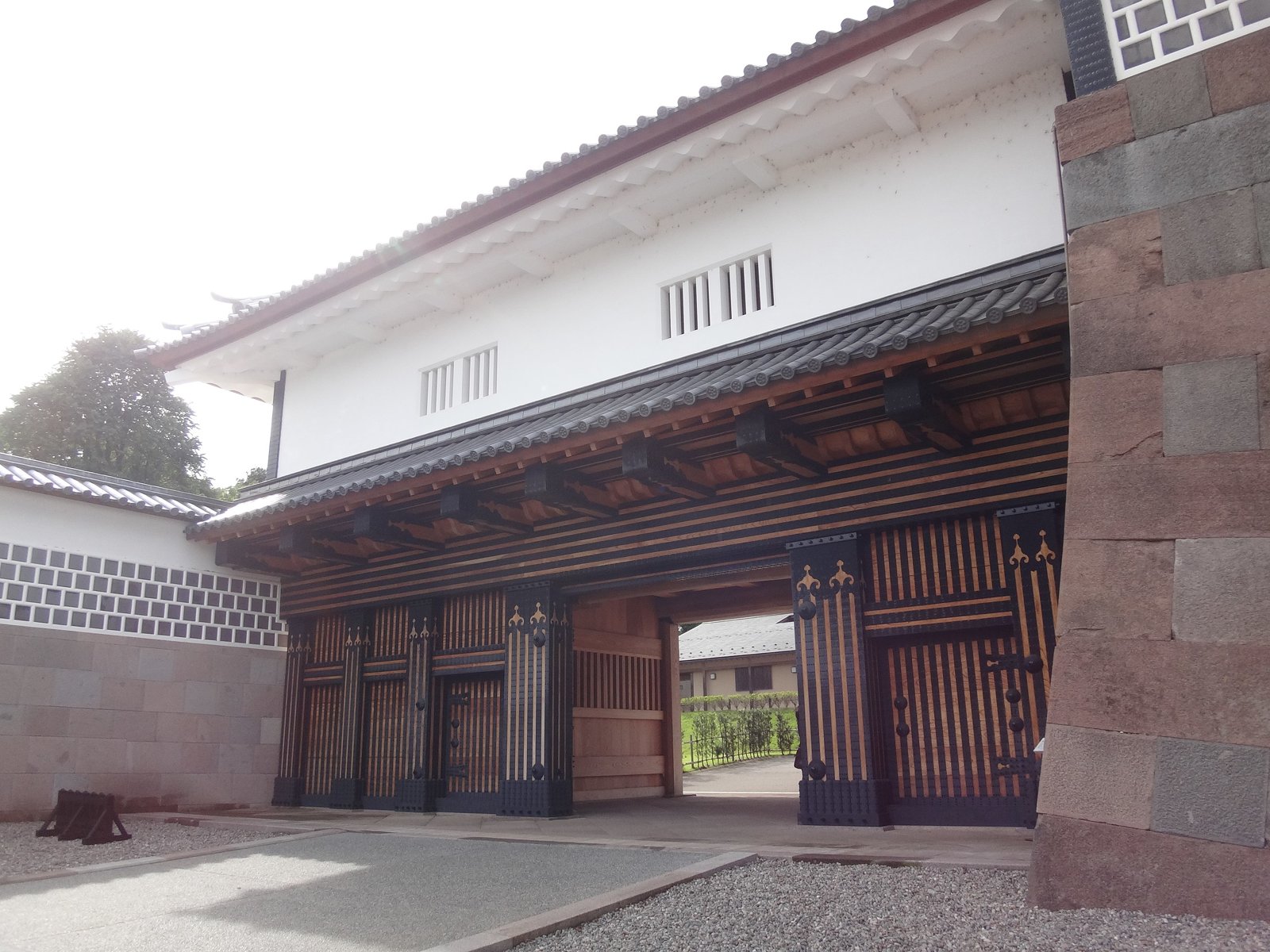 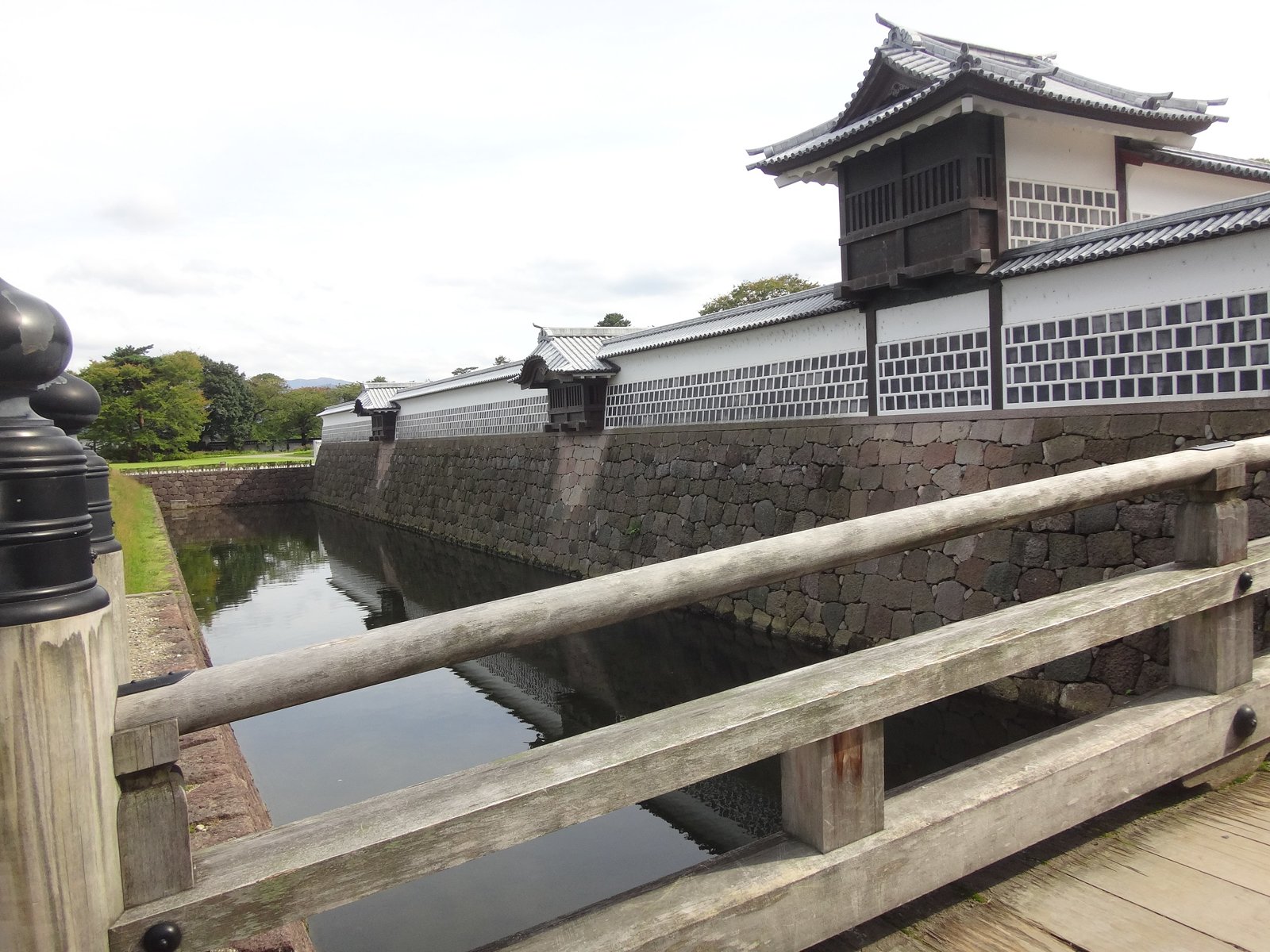 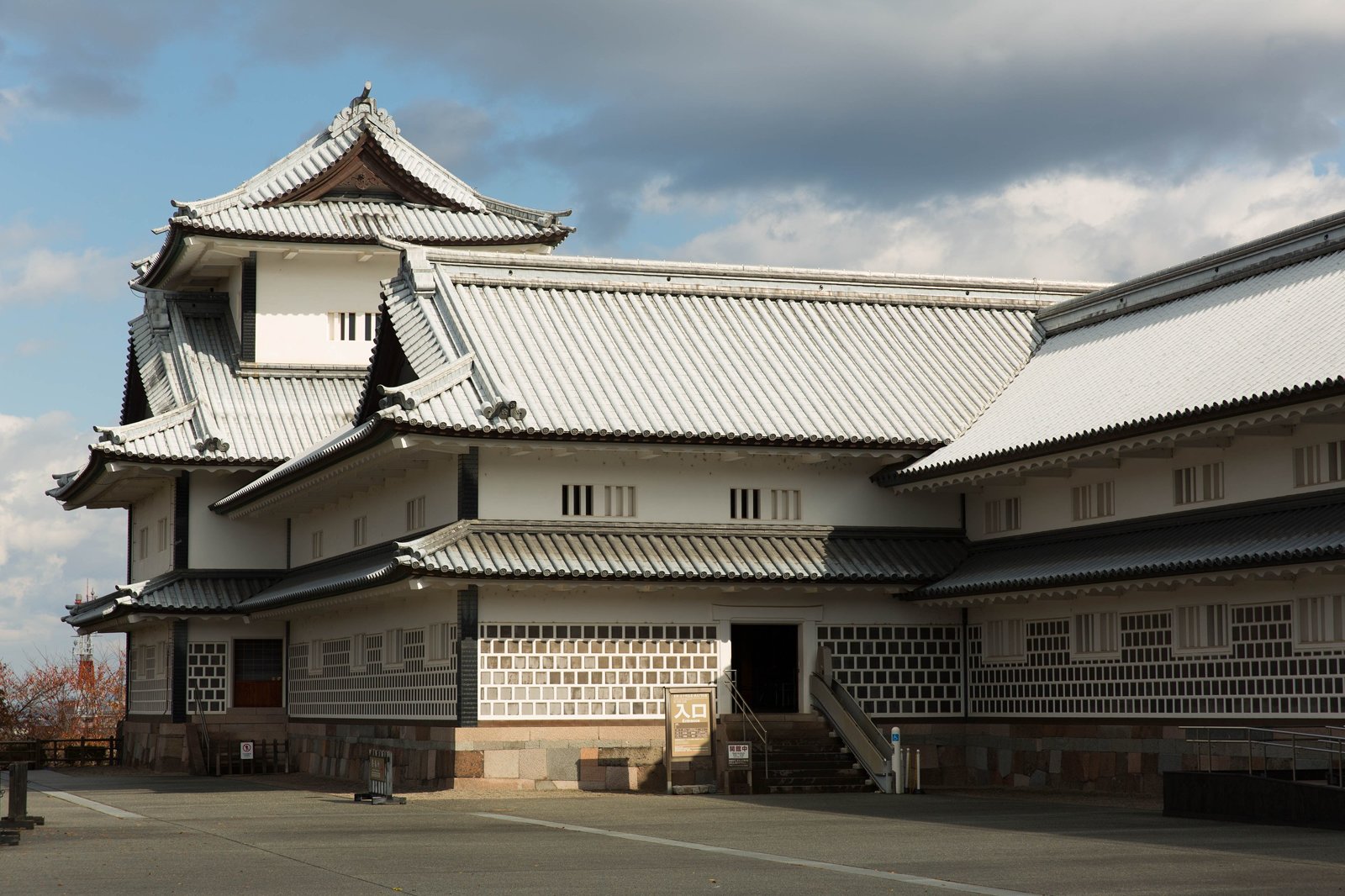 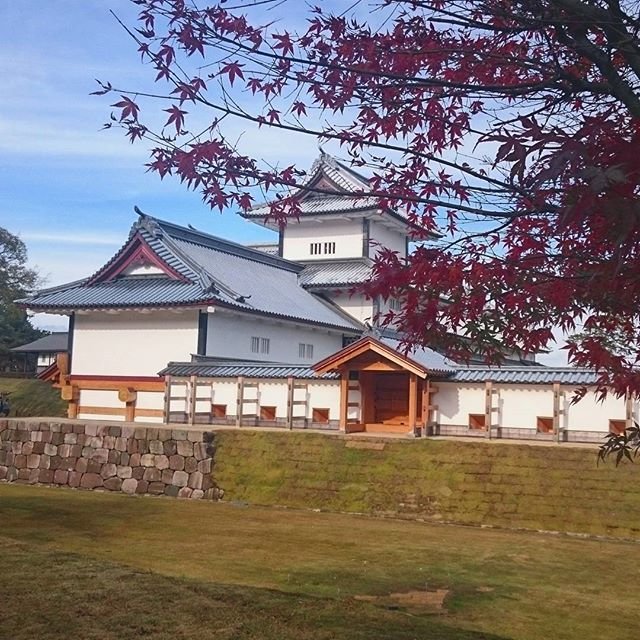