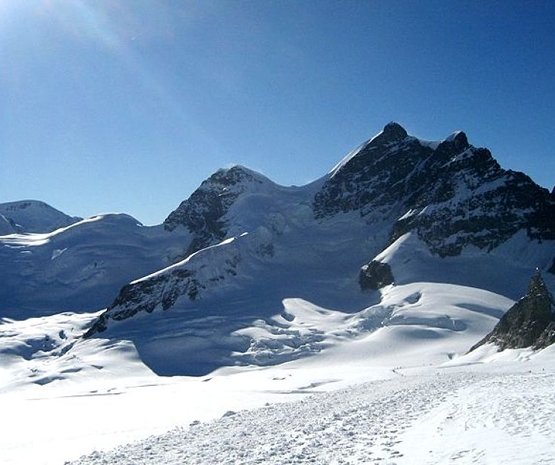 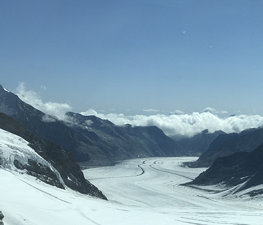 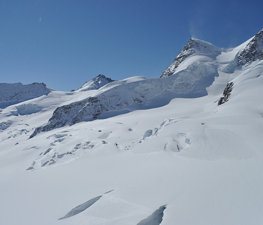 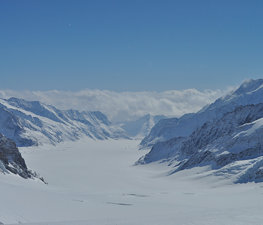 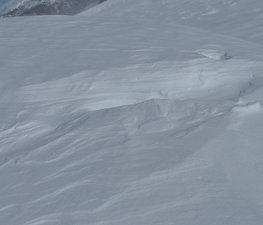 Jungfraujoch is a col or saddle between the Mönch and the Jungfrau in the Bernese Alps on the boundary between the cantons of Bern and Valais, inside the Jungfrau-Aletsch Protected Area.

Not far east of the Joch rises a peak called the Sphinx, which tops out at an elevation of 3,571 meters (11,716 ft). It begins from the Jungfraujoch on the Valais side and at the Great Aletsch Glacier. There is an elevator to the summit of the Sphinx, where a small viewing platform and a scientific observatory, the Sphinx Observatory, are located.

The Jungfraujoch is also home to one of the Global Atmosphere Watch's atmospheric research stations. The Jungfraujoch can only be reached through a 7.3 km long cog railway tunnel, served by the Jungfraubahn, the highest in a series of cooperating railway companies that provide access to the Jungfraujoch from Interlaken.

Adolf Guyer-Zeller first thought of the idea of a tunnel in 1893 and at that point he had planned to have 7 stations inside the tunnel before reaching what is now the Sphinx. The building of the tunnel started on July 27, 1896 and took 16 years to complete. The construction phase was troubled by many problems including monetary shortages, inclement weather and mounting deaths due to construction accidents. The worst accident occurred in 1908, when 30 tons of dynamite accidentally exploded.

Once construction was halted, the tunnel reached only to the height of the Jungfraujoch, rather than the Sphinx, with only two intermediate stations. However, even in its current state, the Jungfraubahn is an awesome achievement in engineering and construction, still holding the title for highest railway in Europe.

The train into the mountain leaves from Kleine Scheidegg, which can be reached by trains from Grindelwald and Lauterbrunnen. The train enters the tunnel running eastward through the Eiger shortly after leaving Kleine Scheidegg.

It runs close behind the Eiger's north face, stopping at Eigerwand, where there is a window about 8 m long and a metre high, halfway up the face. The windows have been placed in holes used to remove excavated rock from the tunnel during construction, and are also occasionally used as access points to rescue climbers. This window was used for one of the final scenes of a Clint Eastwood spy movie the The Eiger Sanction. There one can get off the train to admire the view before the train continues five minutes later. The tunnel then turns west, heading towards the Jungfrau. There is a second stop at a window looking out on the Eismeer ("Sea of Ice") before the train continues to the Jungfraujoch. The tunnel was constructed between 1898 and 1912; it is about 7 kilometers (4 mi) long, with gradients of up to 25%. The journey from Kleine Scheidegg to Jungfraujoch takes approximately 50 minutes including the stops at Eigerwand and Eismeer; the downhill return journey taking only 35 minutes.

The Mönch (German: 'monk') is a mountain in the Bernese Alps.

The Bietschhorn (3,934 m) is a mountain in the Bernese Alps in

The Eiger is a mountain in the Bernese Alps in Switzerland, rising to

The Trummelbach Falls (In German: Trümmelbachfälle) in Switzerland a

The Silberhorn (3,695 m) is a pyramid-shaped mountain in the Bernese

Mount Huang, also known as Huangshan (Шаблон:Zh-cpl), is a mount

Troodos is the biggest mountain range of Cyprus, located in the center

is the generic name of specific mountains in Wakayama prefecture to 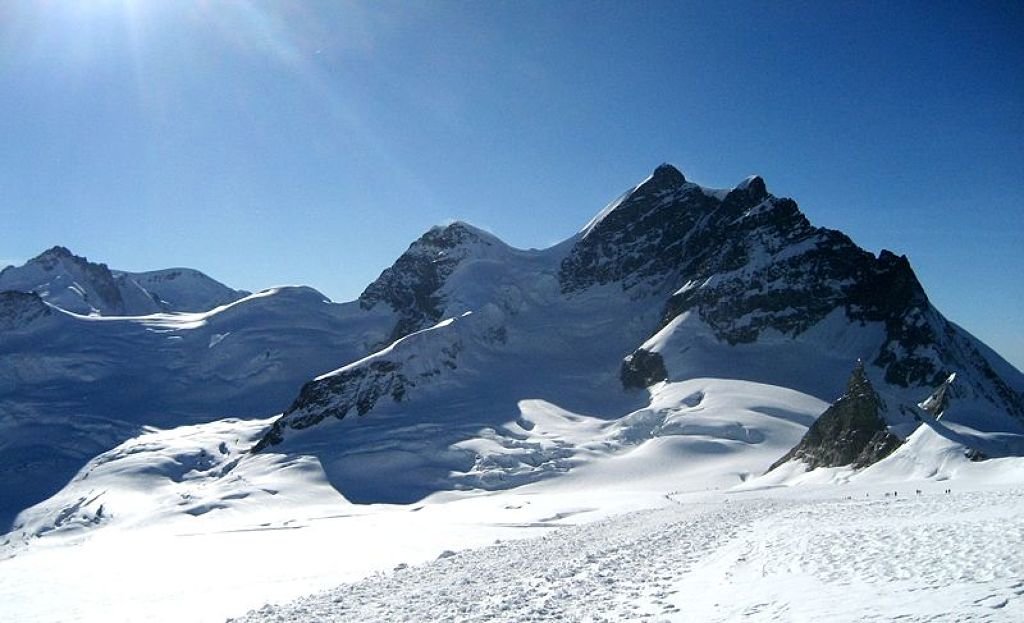 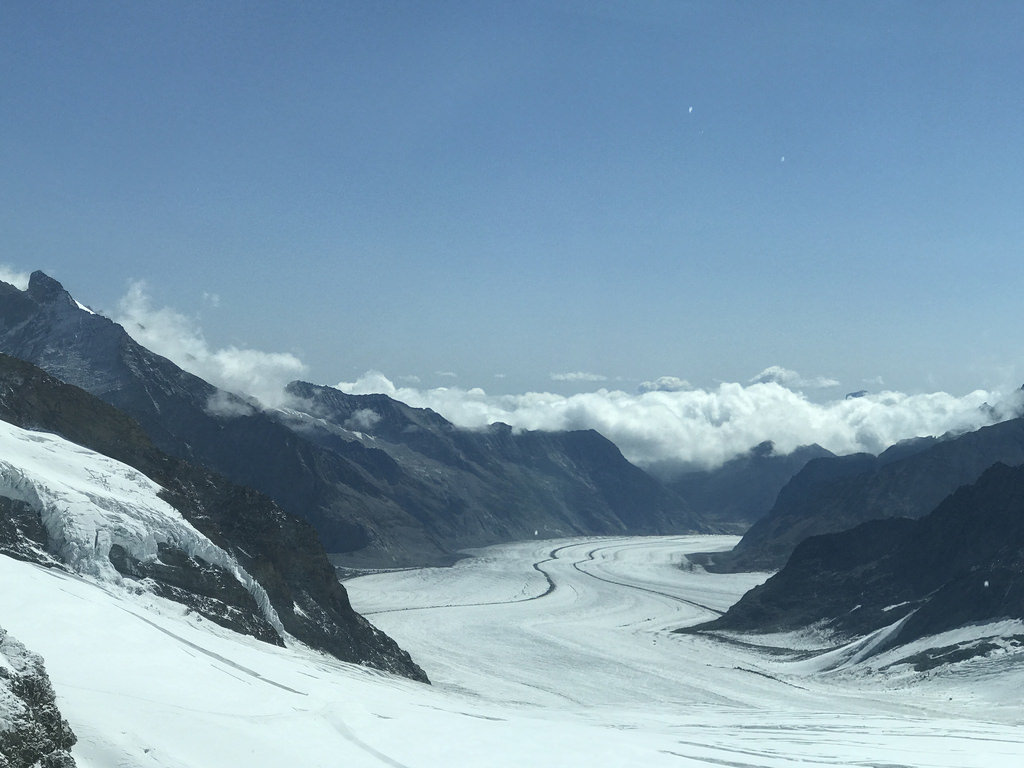 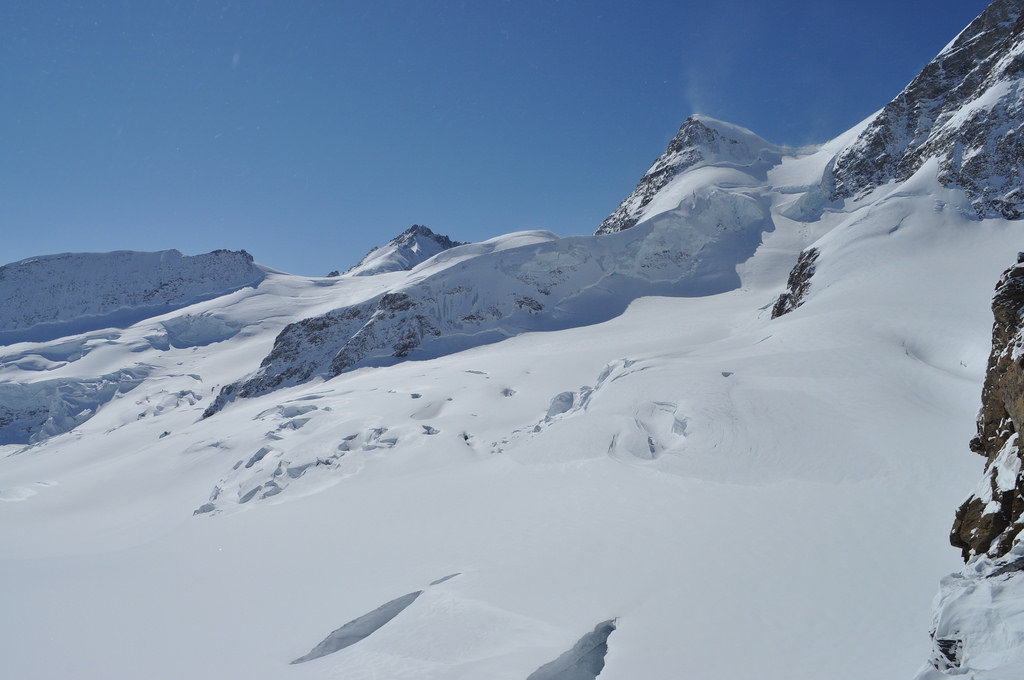 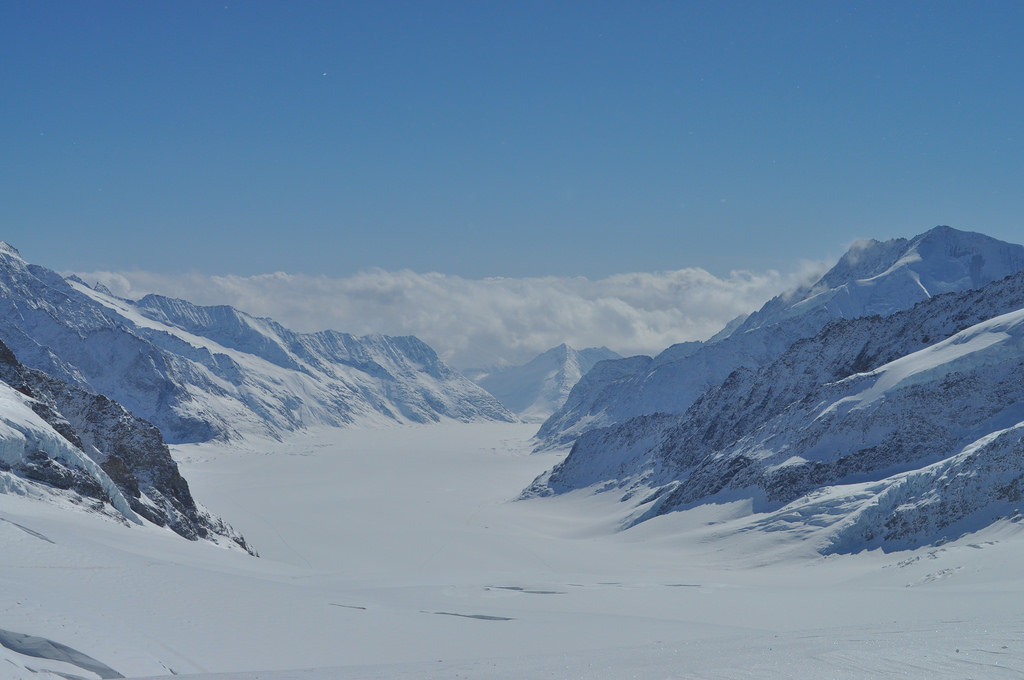 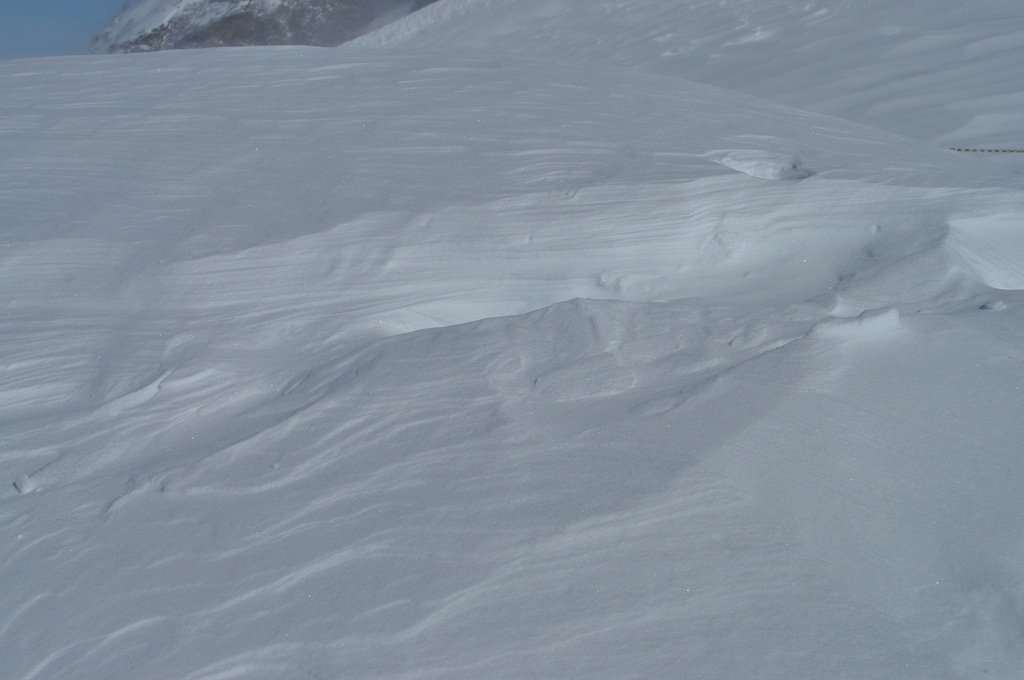 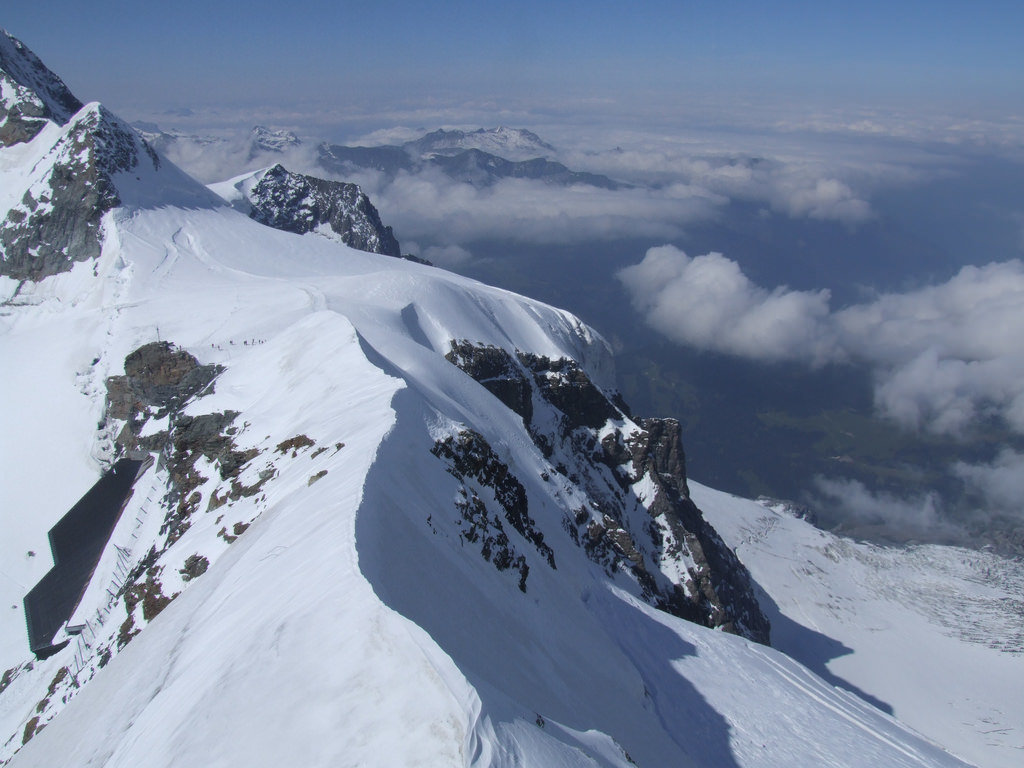 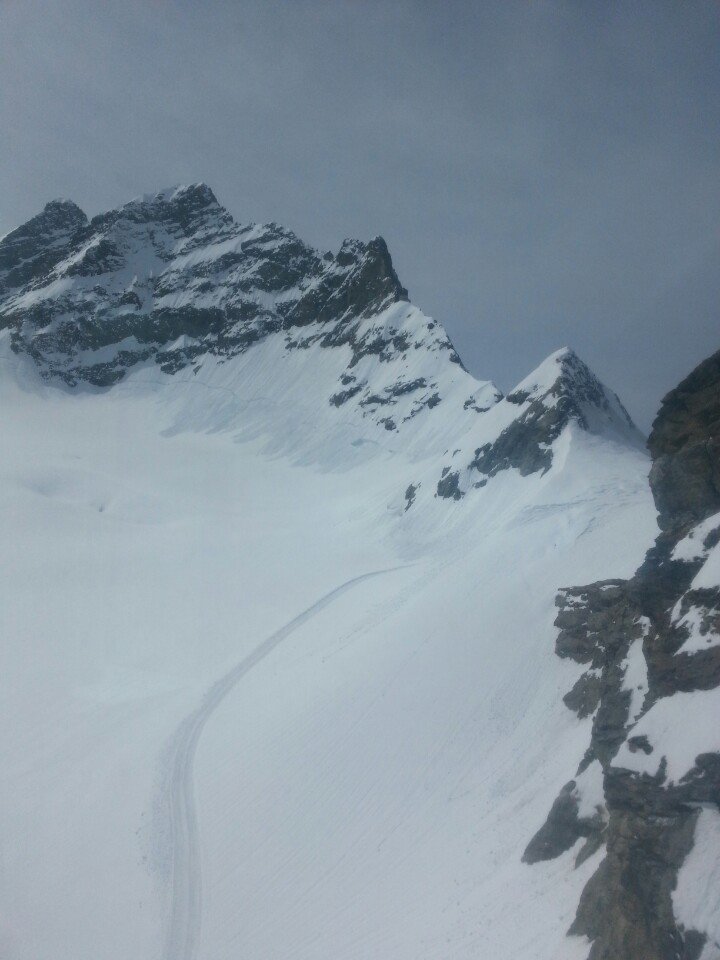 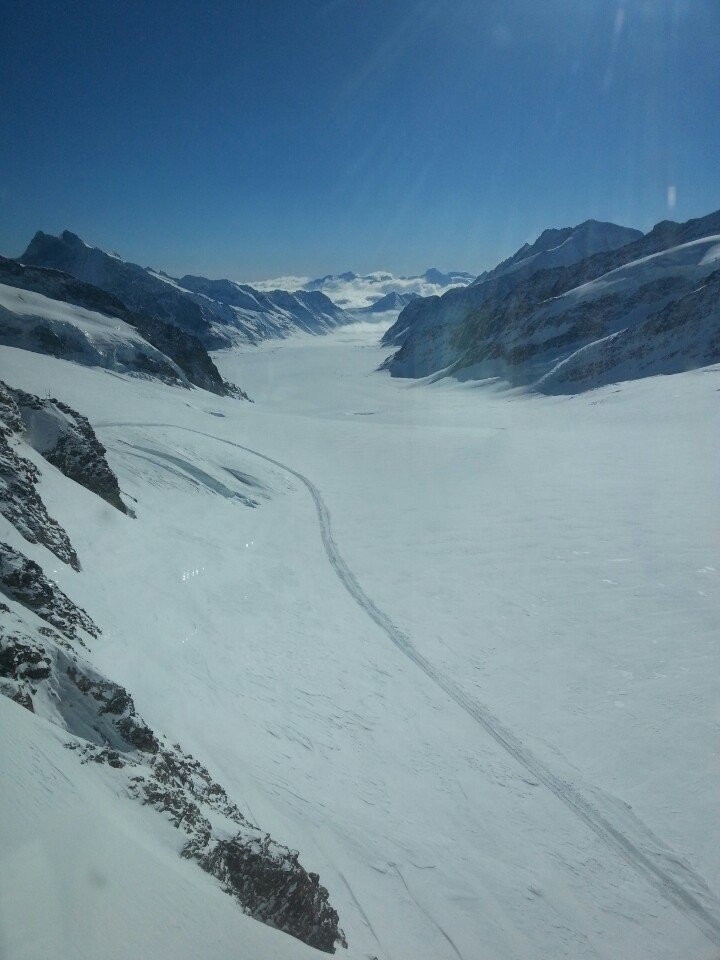 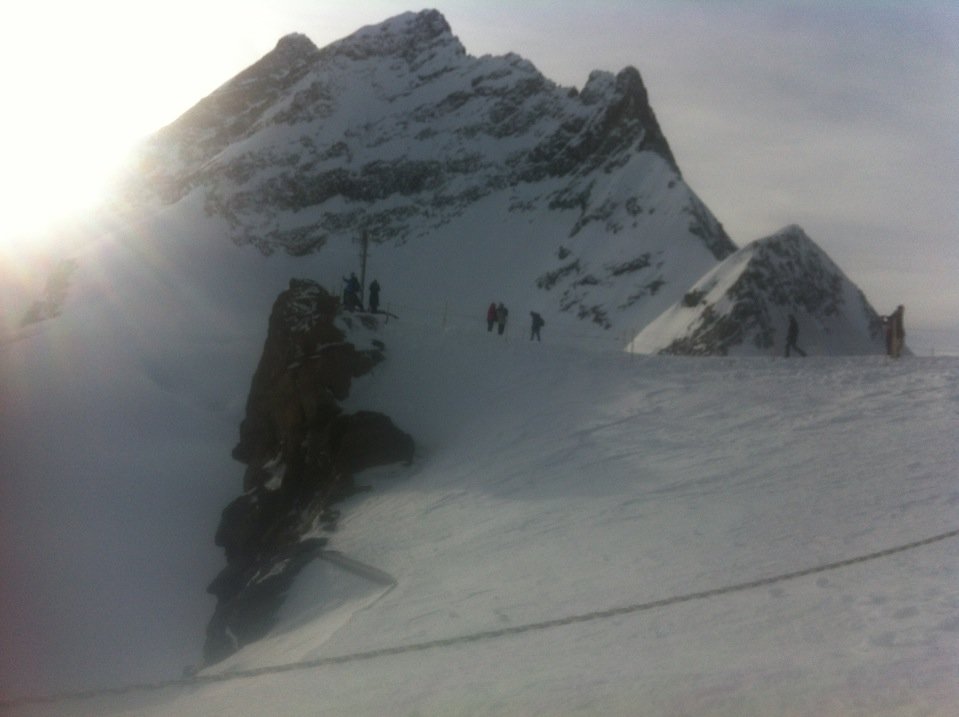 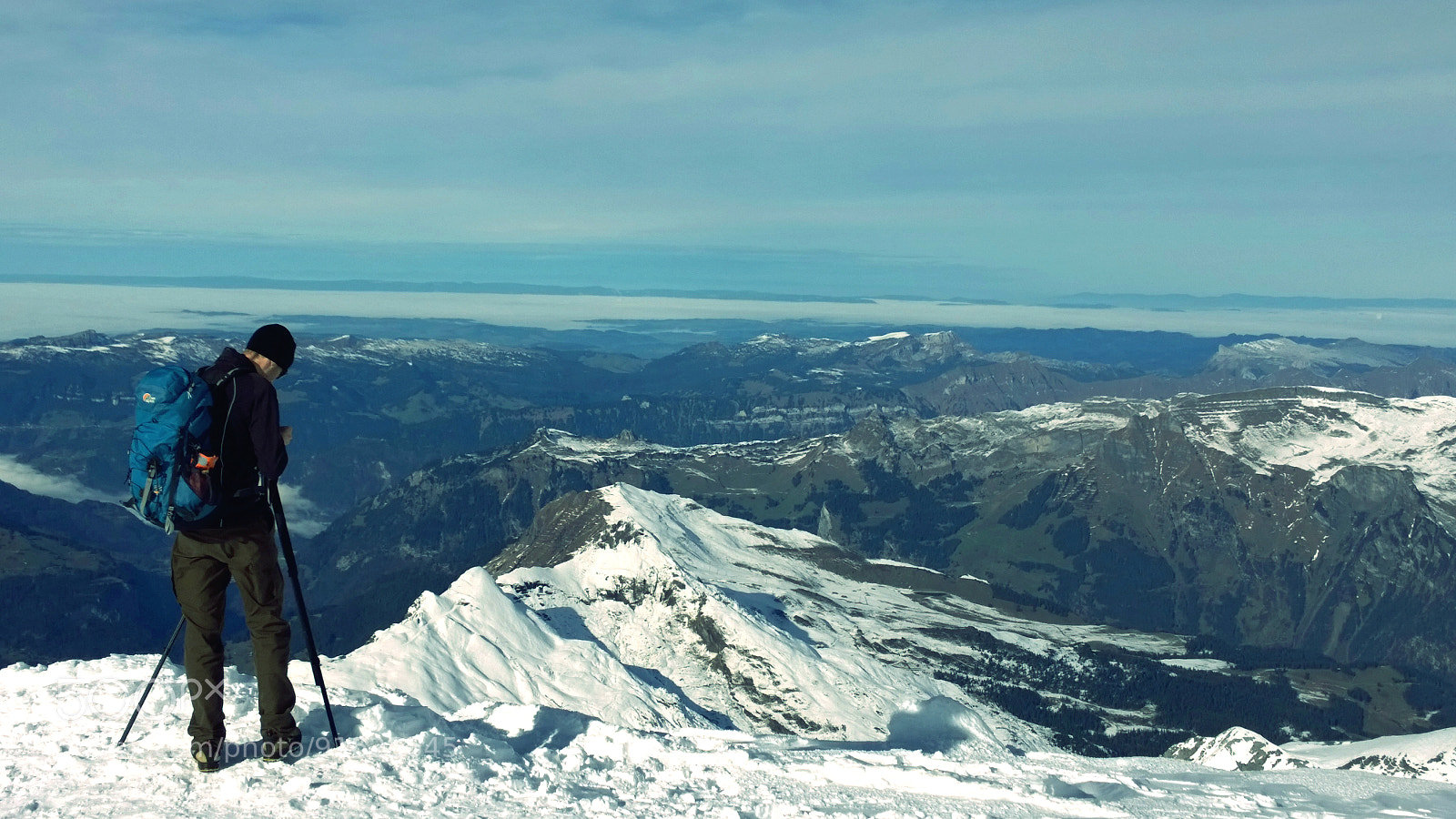 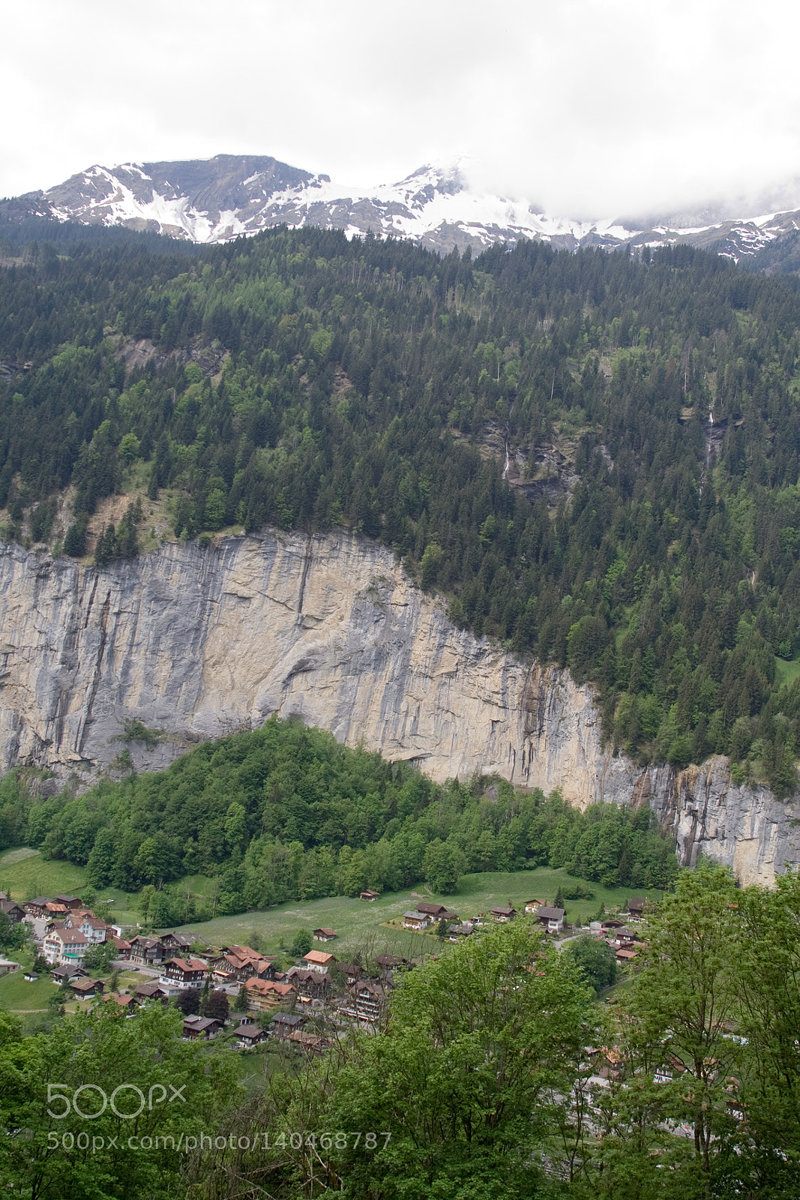 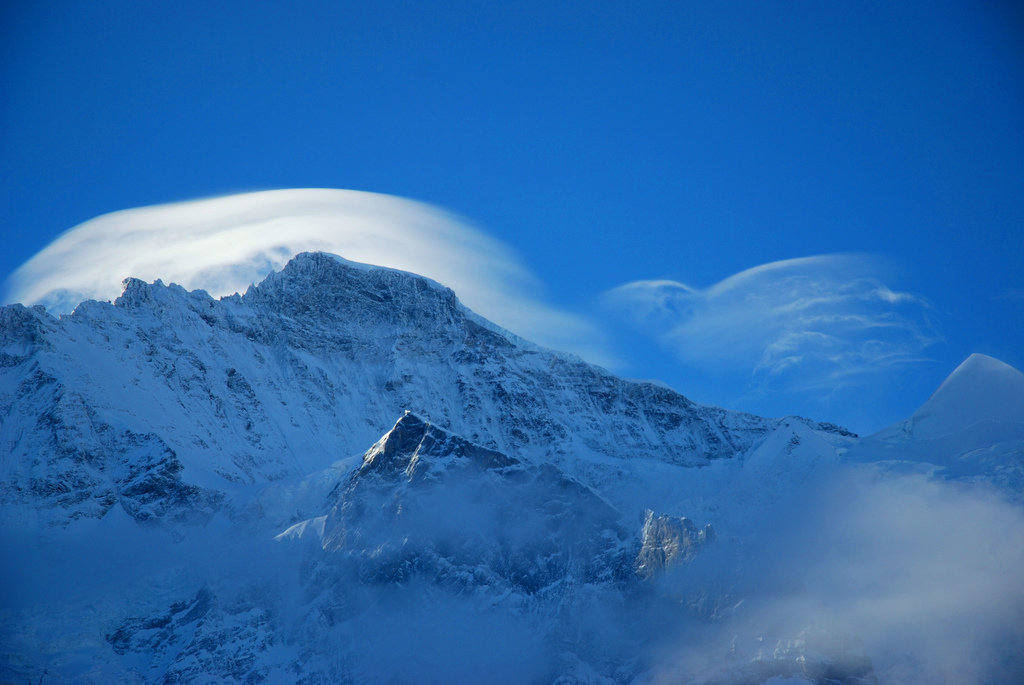 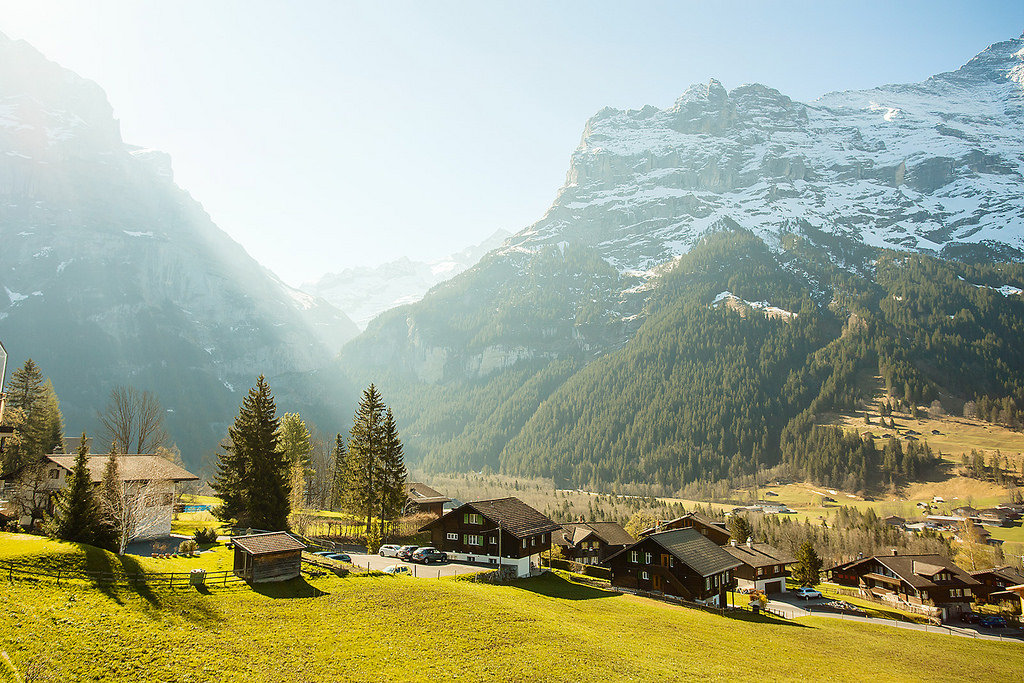 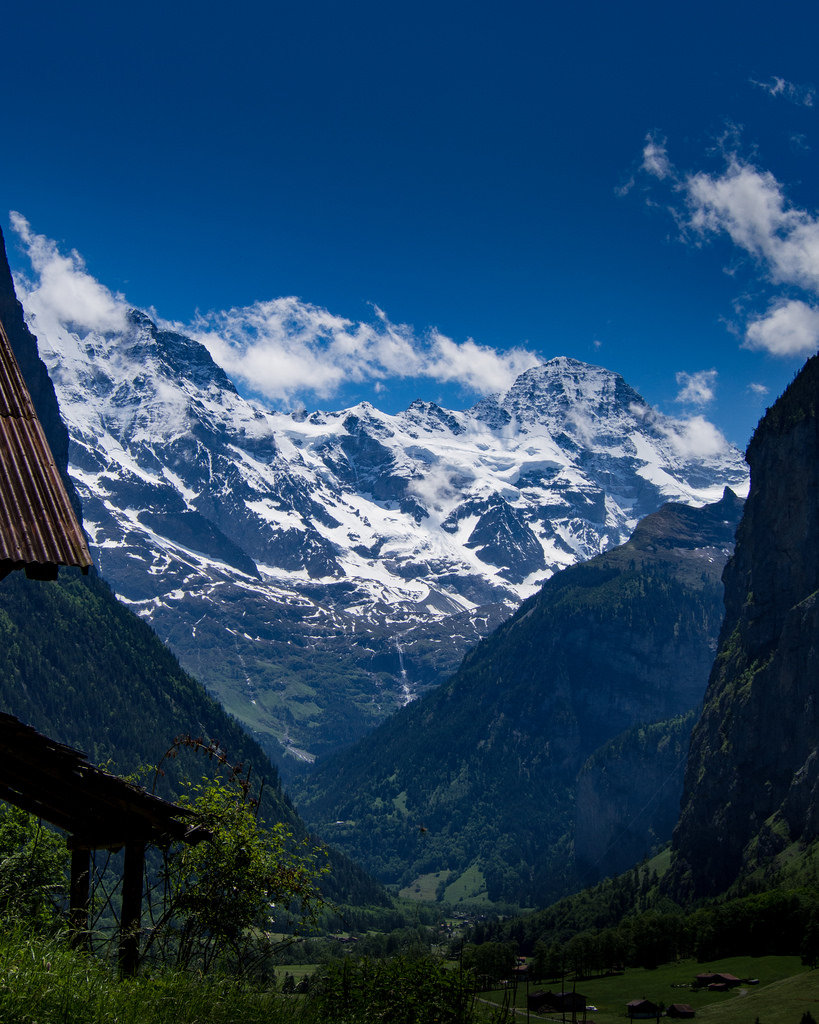 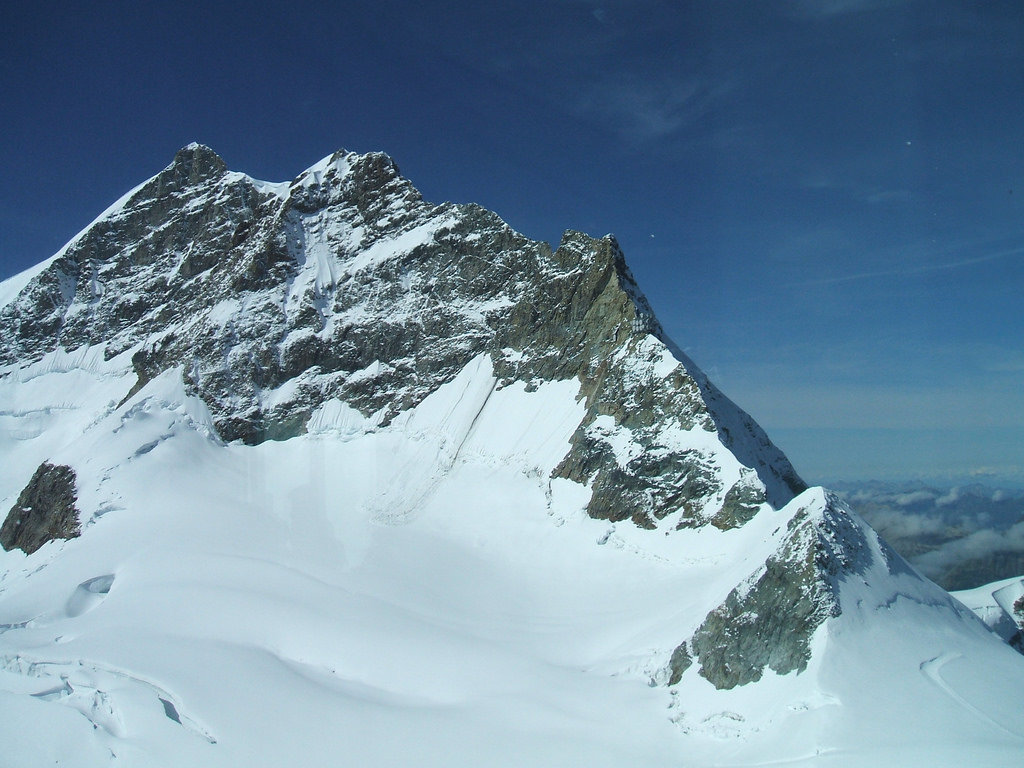 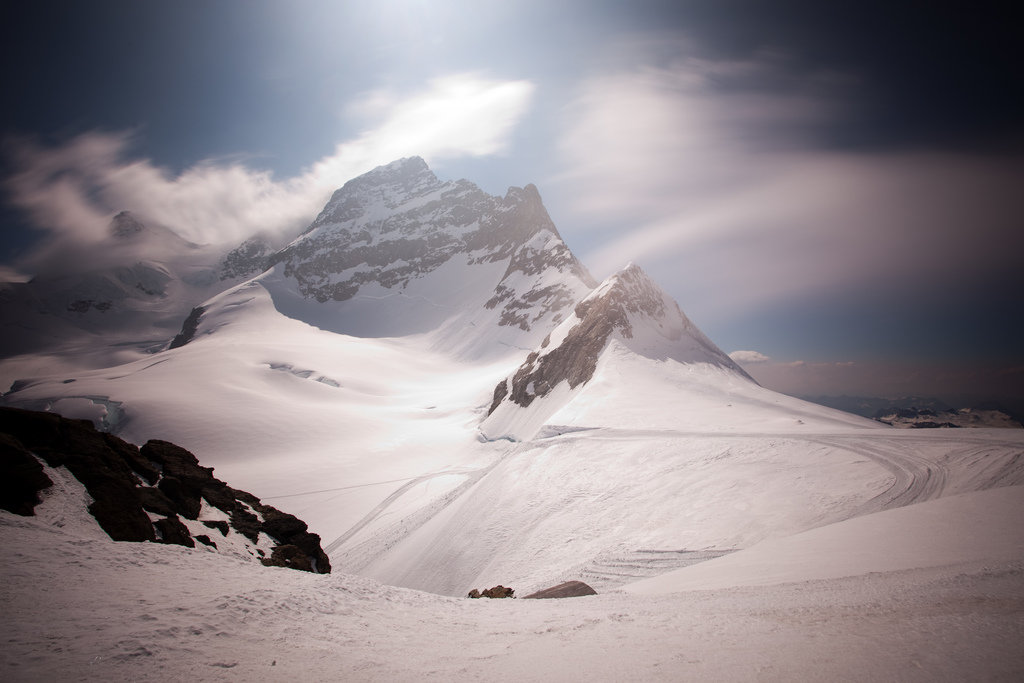 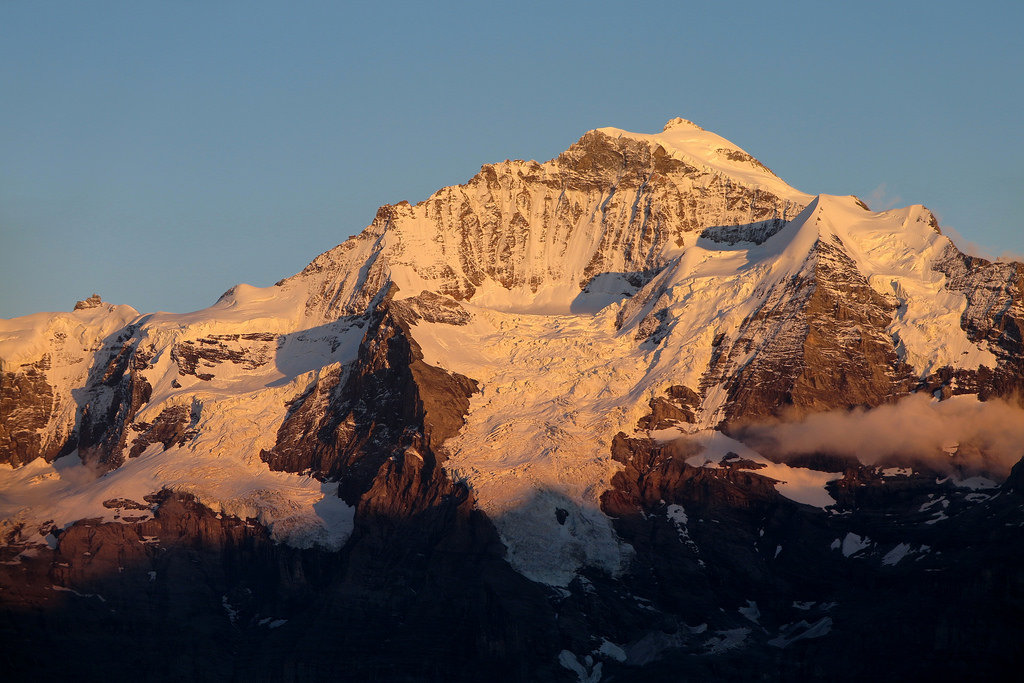 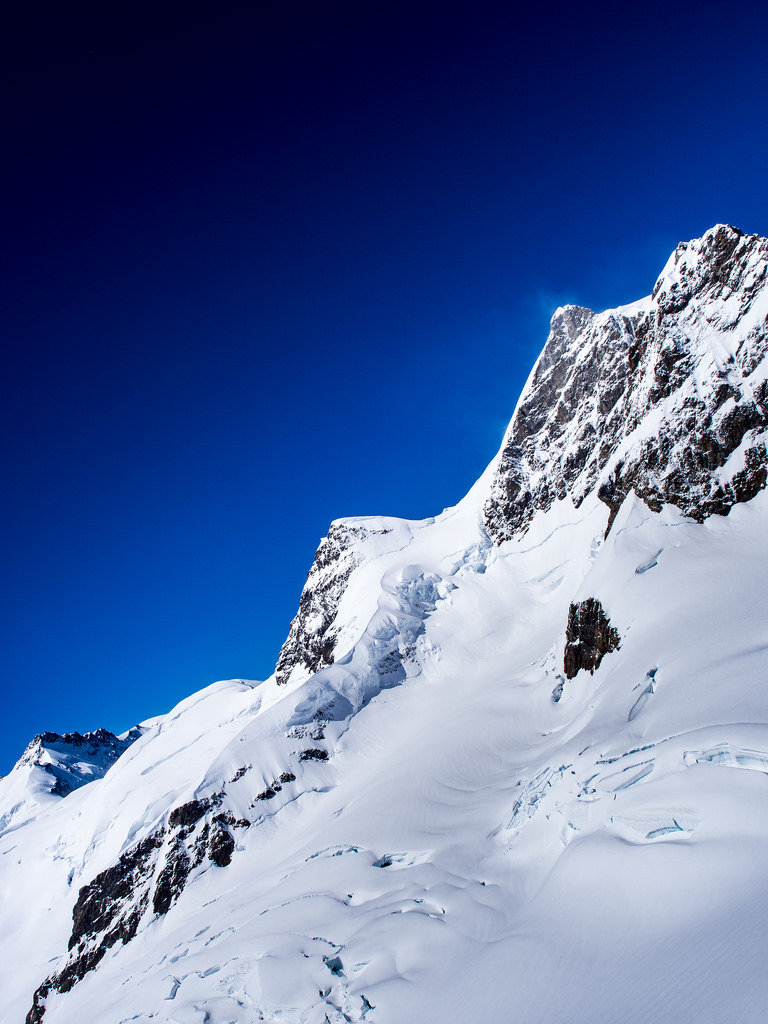 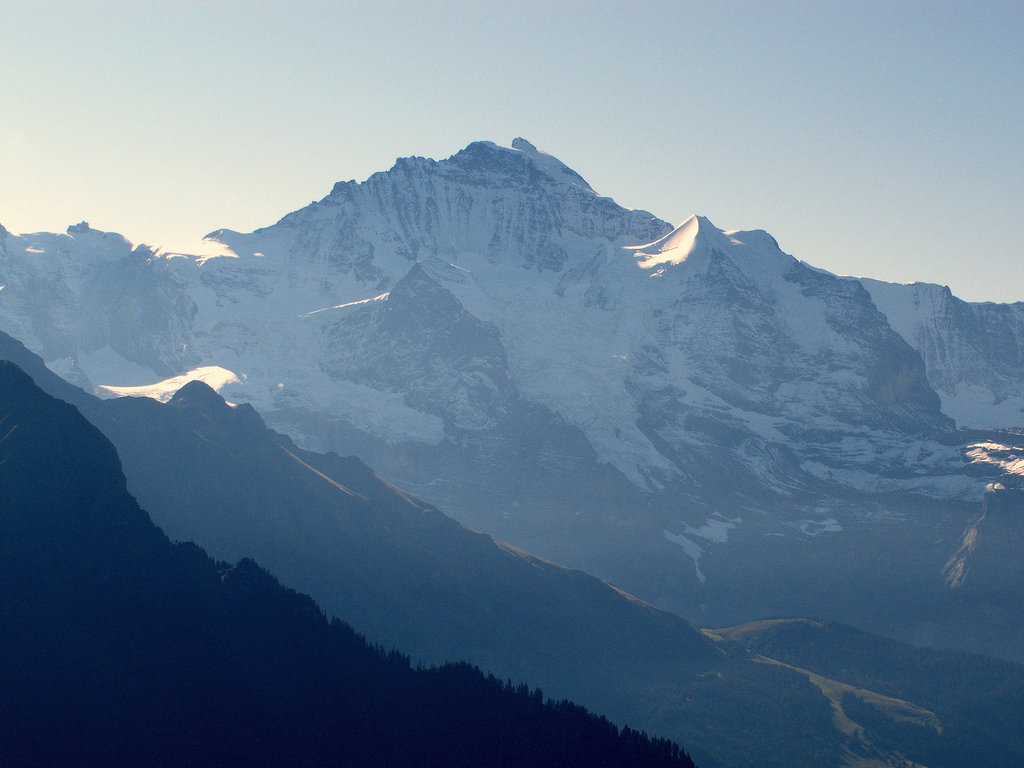