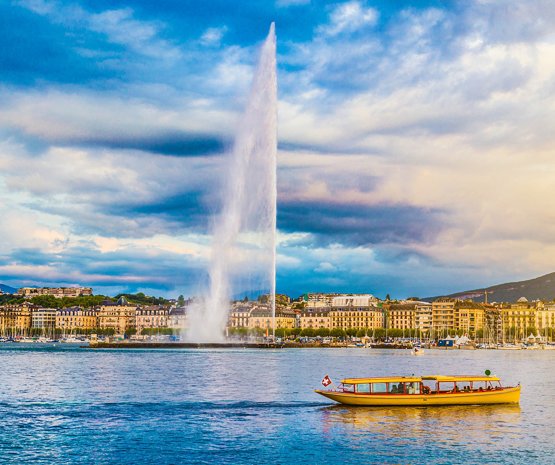 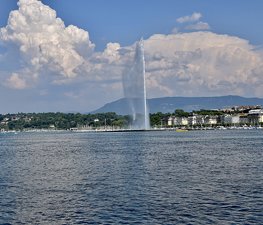 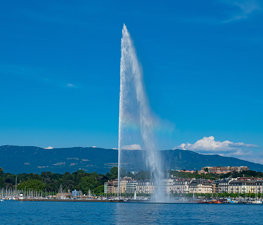 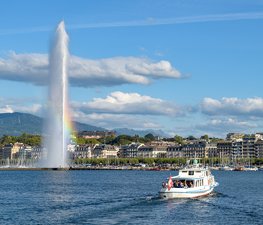 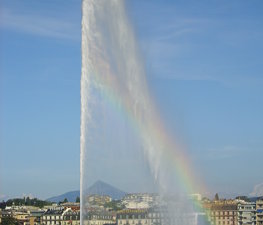 The Jet d'Eau, or water-jet, is a large fountain in Geneva, Switzerland, and is one of the city's most famous landmarks, being featured on the city's official tourism web site and on the official logo for Geneva's hosting of the 2008 UEFA Championships. It is also one of the largest fountains in the world. Situated at the point where Lake Geneva empties into the Rhone River, it is visible throughout the city and from the air, even when flying over Geneva at an altitude of 10 km (33,000 ft).

Five-hundred litres (132 gallons) of water per second are jetted to an altitude of 140 metres (459 feet) by two 500 kW pumps, operating at 2,400 V, consuming over one megawatt of electricity. The water leaves the nozzle at a speed of 200 km/h (124 mph). When it is in operation, at any given moment there are about 7,000 litres (1849 gallons) of water in the air. Unsuspecting visitors to the fountain—which can be reached via a stone jetty from the left bank of the Lake—may be surprised to find themselves drenched after a slight change in wind direction.

The first Jet d'Eau was installed in 1886 at the Usine de la Coulouvrenière, a little bit further downstream from its present location. It was used as a safety valve for a hydraulic power network and could reach a height of about 30 metres (98 feet). In 1891, its aesthetic value was recognised and it was moved to its present location to celebrate the Federal Gymnastics Festival and the 600th anniversary of the Swiss Confederation, on which occasion it was operated for the first time. Its maximum height was about 90 metres (295 feet). The present Jet d'Eau was installed in 1951 in a partially submerged pumping station to pump lake water instead of city water.

Since 2003, the fountain has operated during the day all year round, except in case of frost and particularly strong wind. It also operates in the evening between spring and autumn and is lit by a set of 12 lights totaling 108 kW.

Adam Nabil
You haven't been to Geneva until you go to this water fountain!! Its really impressive when you get close to it! The breeze makes sure you receive droplets to refresh you ;p

Jan Spacir
Try to be there for the morning switch-on. The guy pressing the ON button may even let you do it if you're nice :) (the switch is located on the wooden building next to the jet)

The Ritz-Carlton
The Water Fountain has graced the center of Geneva's harbor since 1891, where it was initially used for distributing the Rhône's propelling force to the city's craftspeople.

Amit Gaharwar
In the winters the fountain is open from 10 to 4. On a cloudy day you might not enjoy against the grey backdrop. Swans and ducks are always there. Enjoy the Geneva shoreline from here.

The Ritz-Carlton
Jet d'Eau is one of the city's most famous landmarks, spouting glistening water 140 metres (460 feet) into the air. Get up close and personal with the fountain on the stone jetty.

Elle
Standing at it's current location since 1891 for the celebration of the 600th anniversary of Swiss Confederation; 500 litres of water per sec everyday get shot up 140m! What a spectacular sight!
Load more comments
foursquare.com
9.2/10
Paul Colomiets, Ekaterina and 18,262 more people have been here
I've been here
Add to wishlist

The Brunswick Monument is a mausoleum built in 1879 in Geneva,

The St. Pierre Cathedral is a cathedral in Geneva, Switzerland,

The Natural History Museum of Geneva (in French: Muséum d'histoire

The International Monument to the Reformation (French: Monument

The Musée Rath is an art museum in Geneva, Switzerland. It is used

The Purdue Mall Water Sculpture, often referred to as the Engineering

Located on Parliament Hill in Ottawa, Ontario, Canada, the Centennial 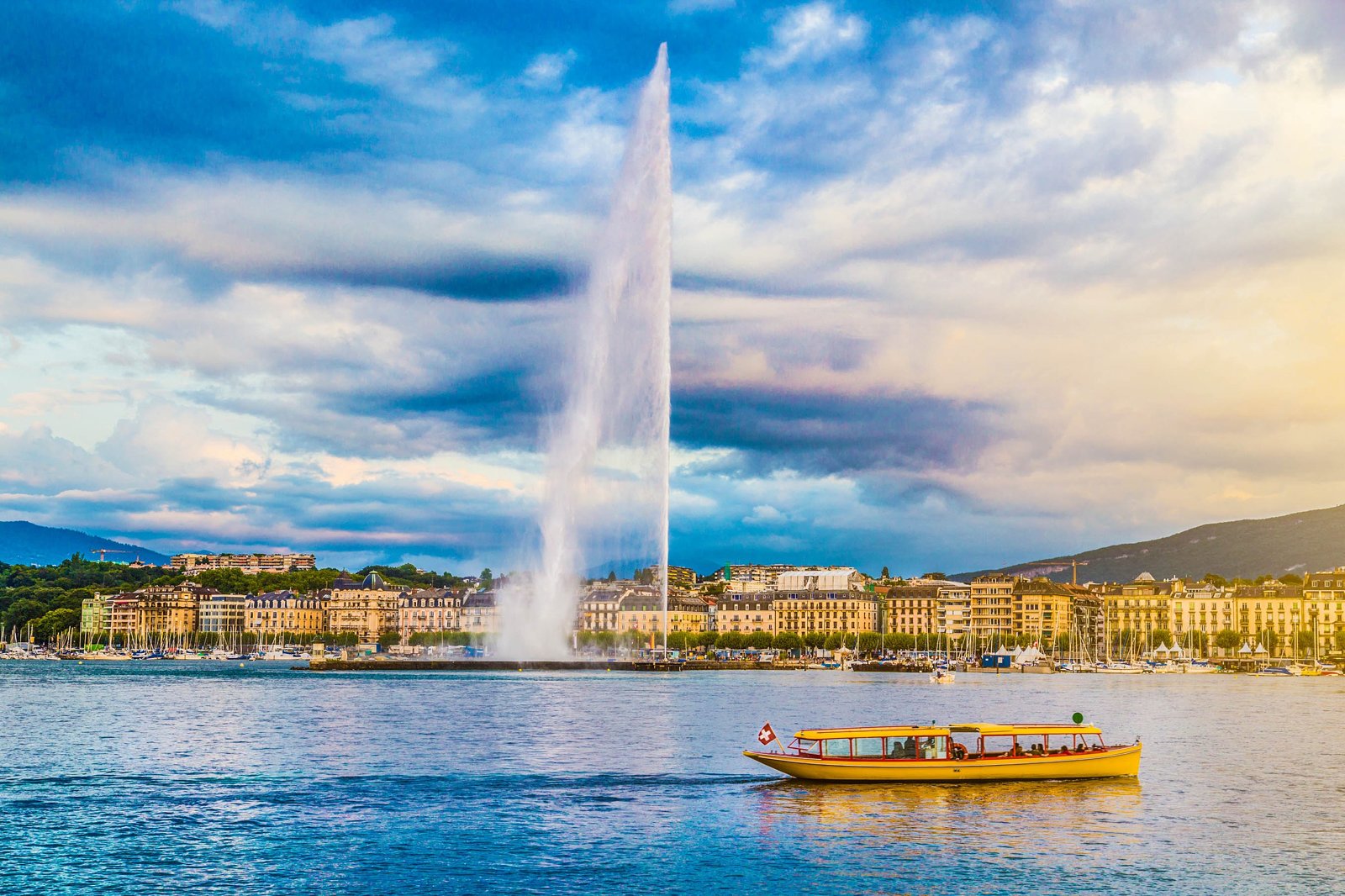 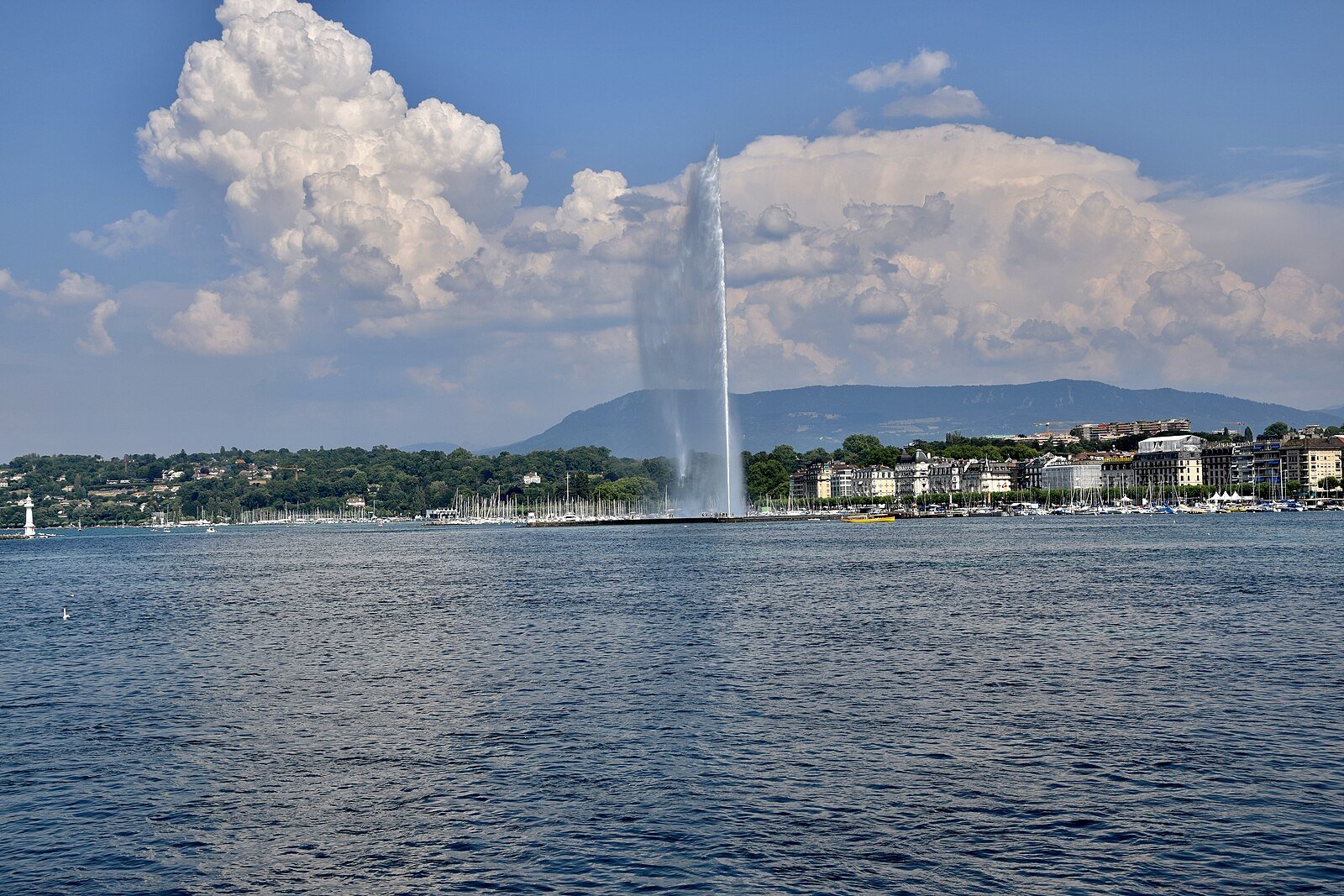 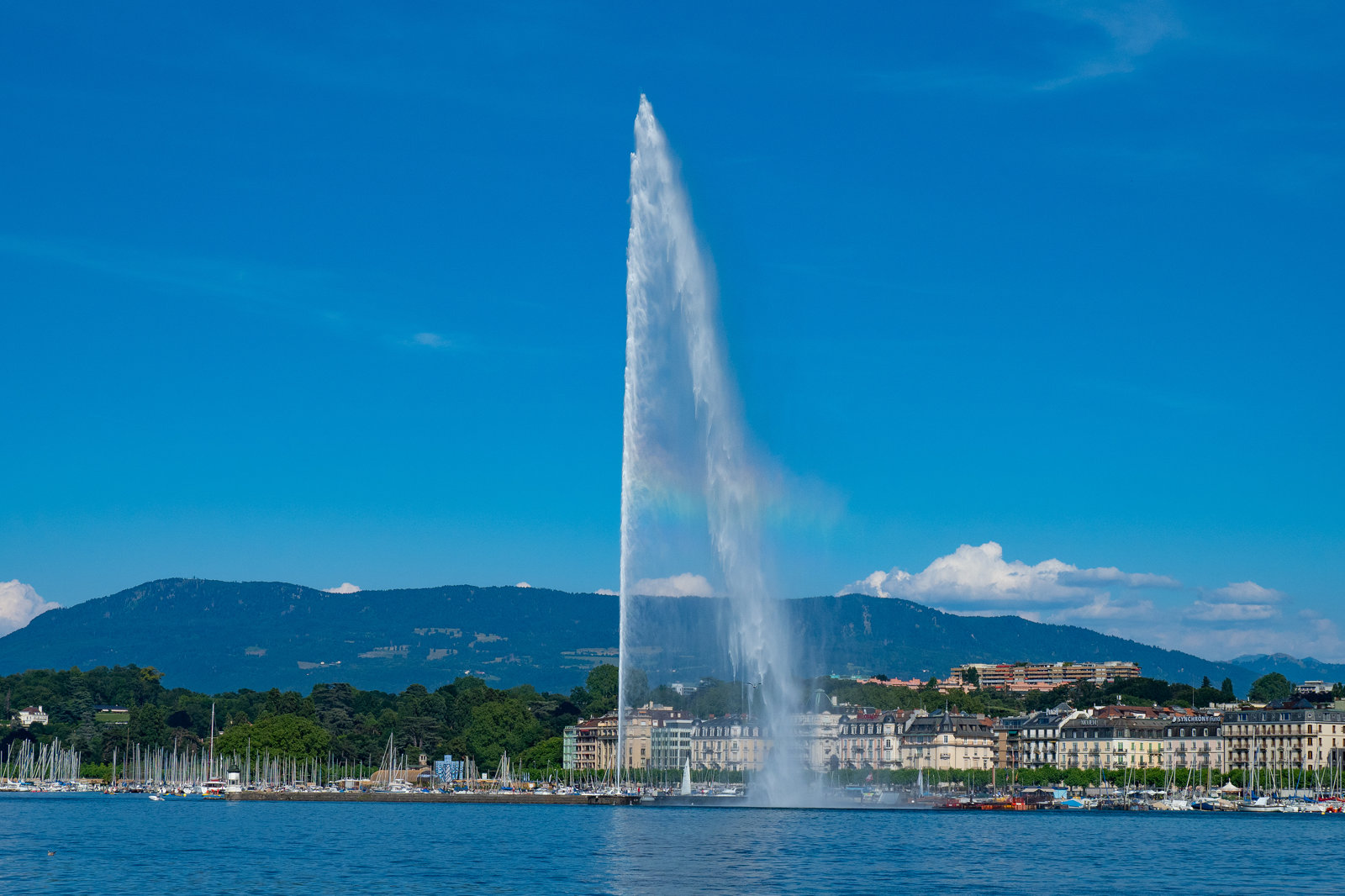 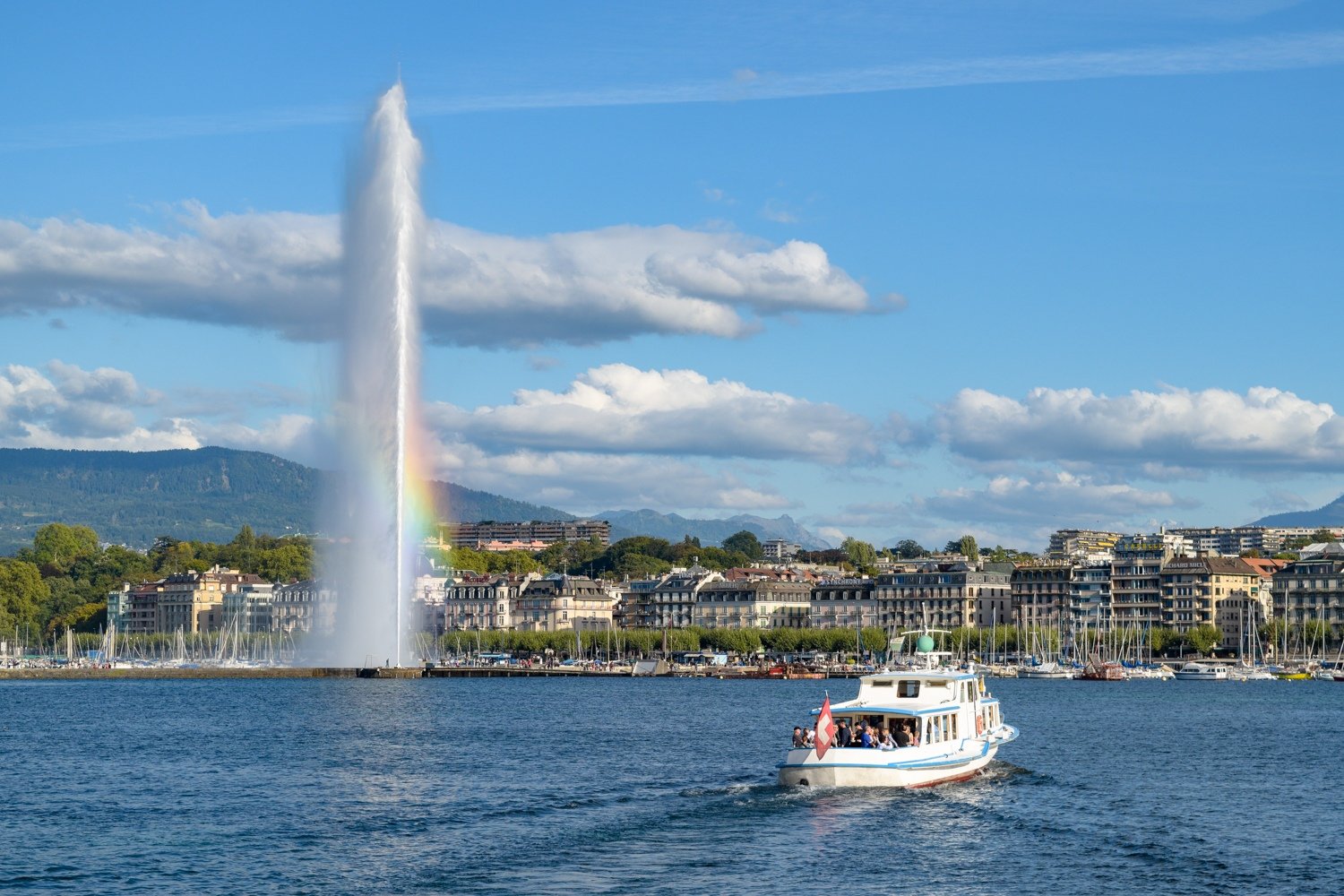 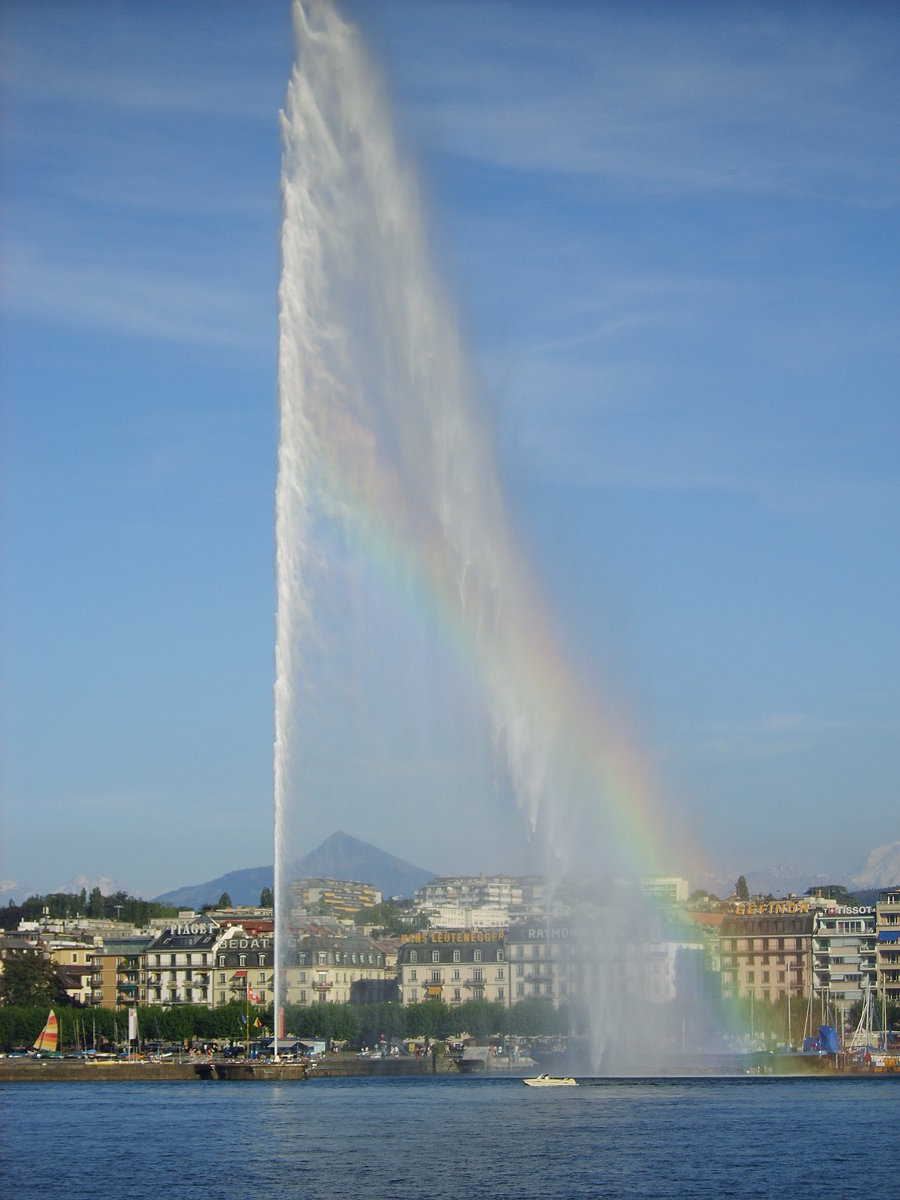 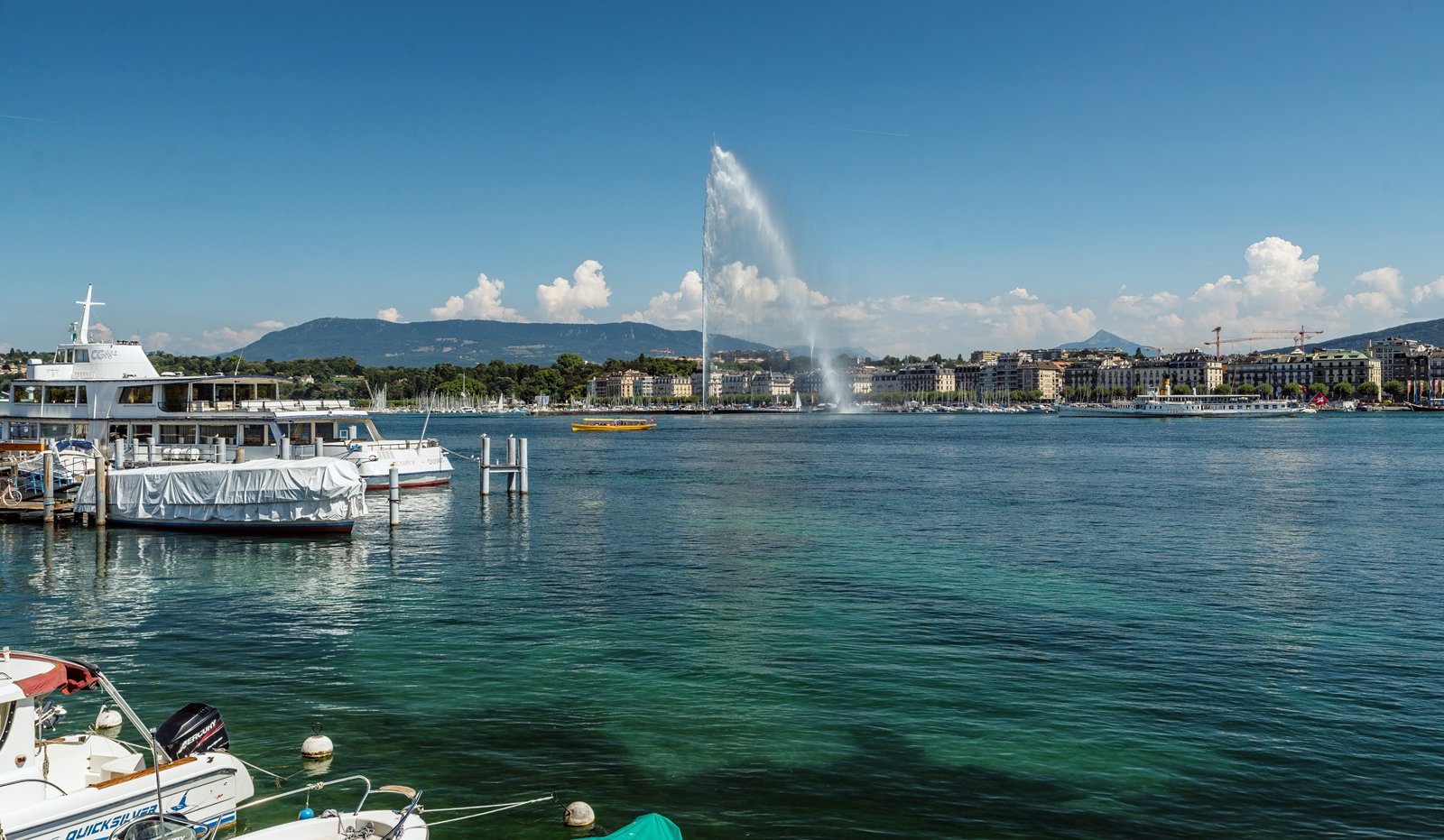 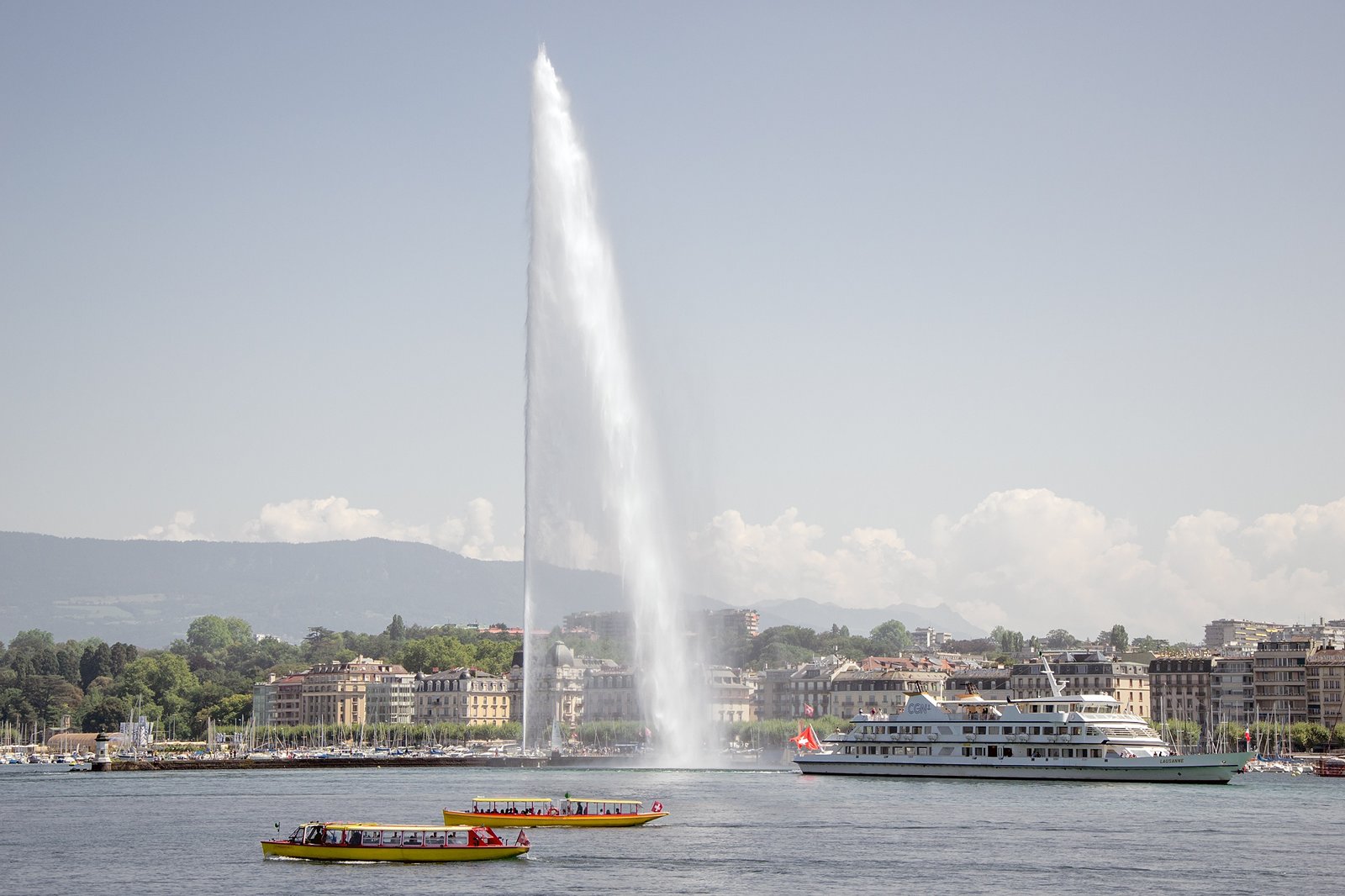 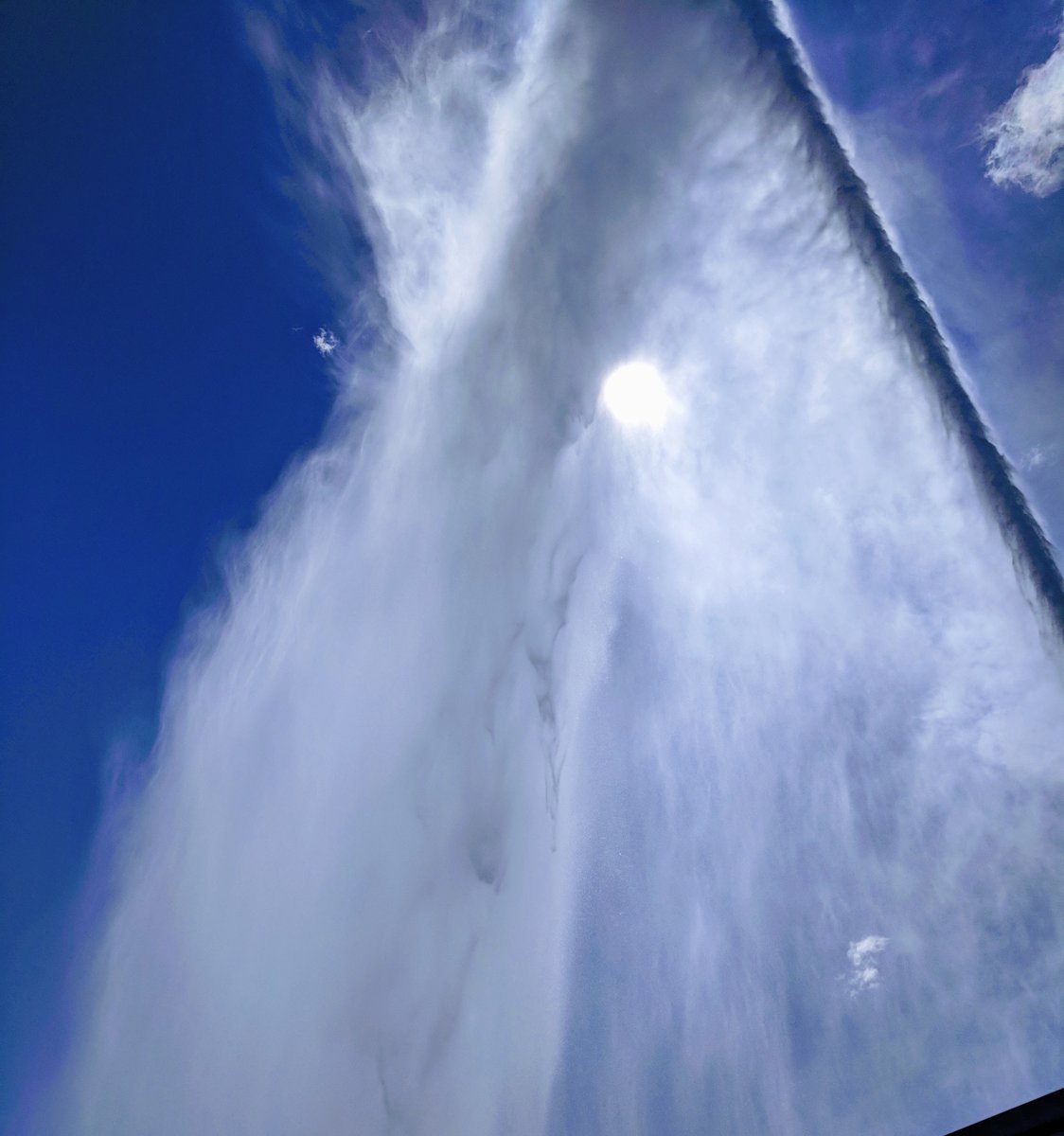 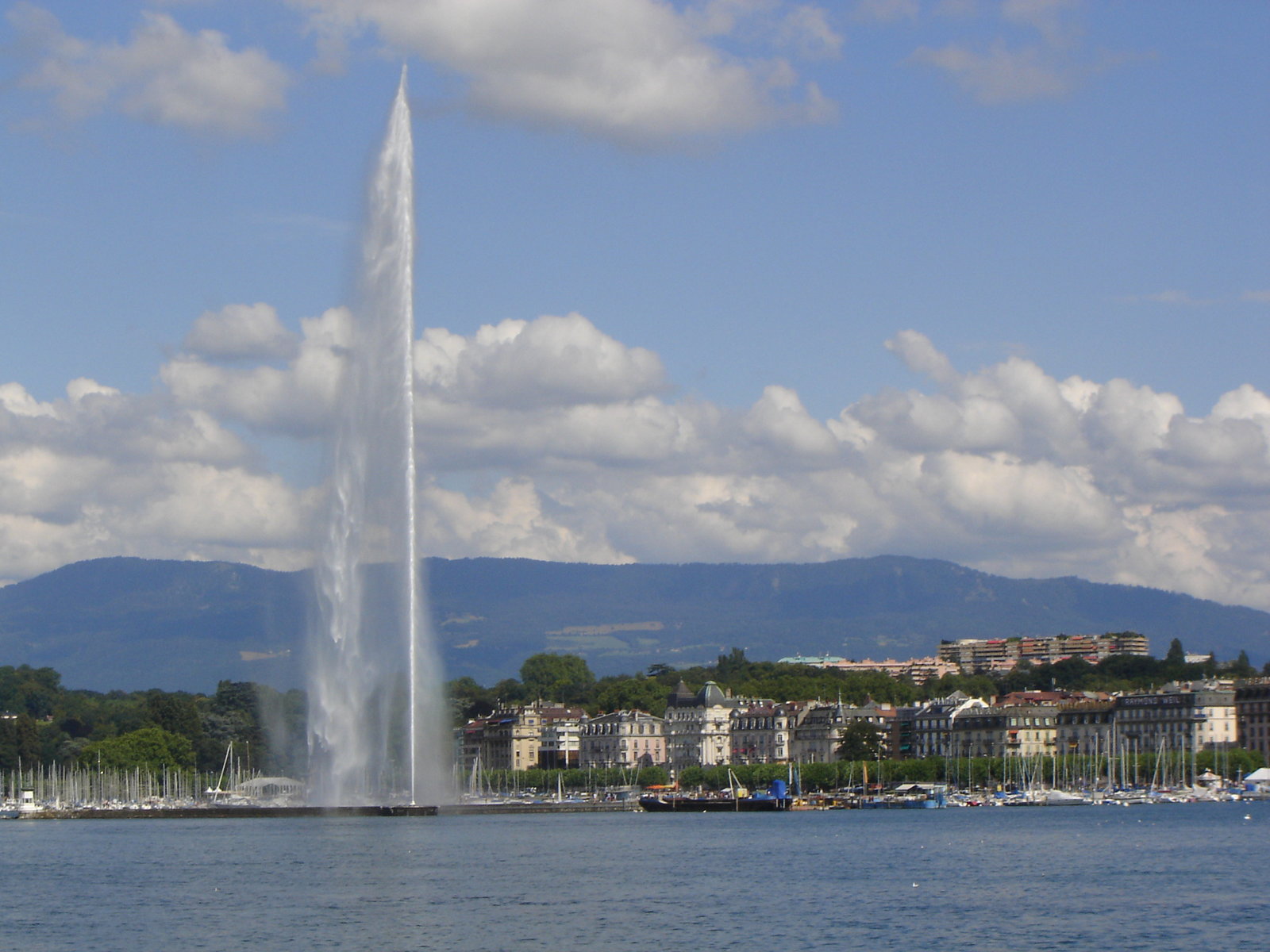 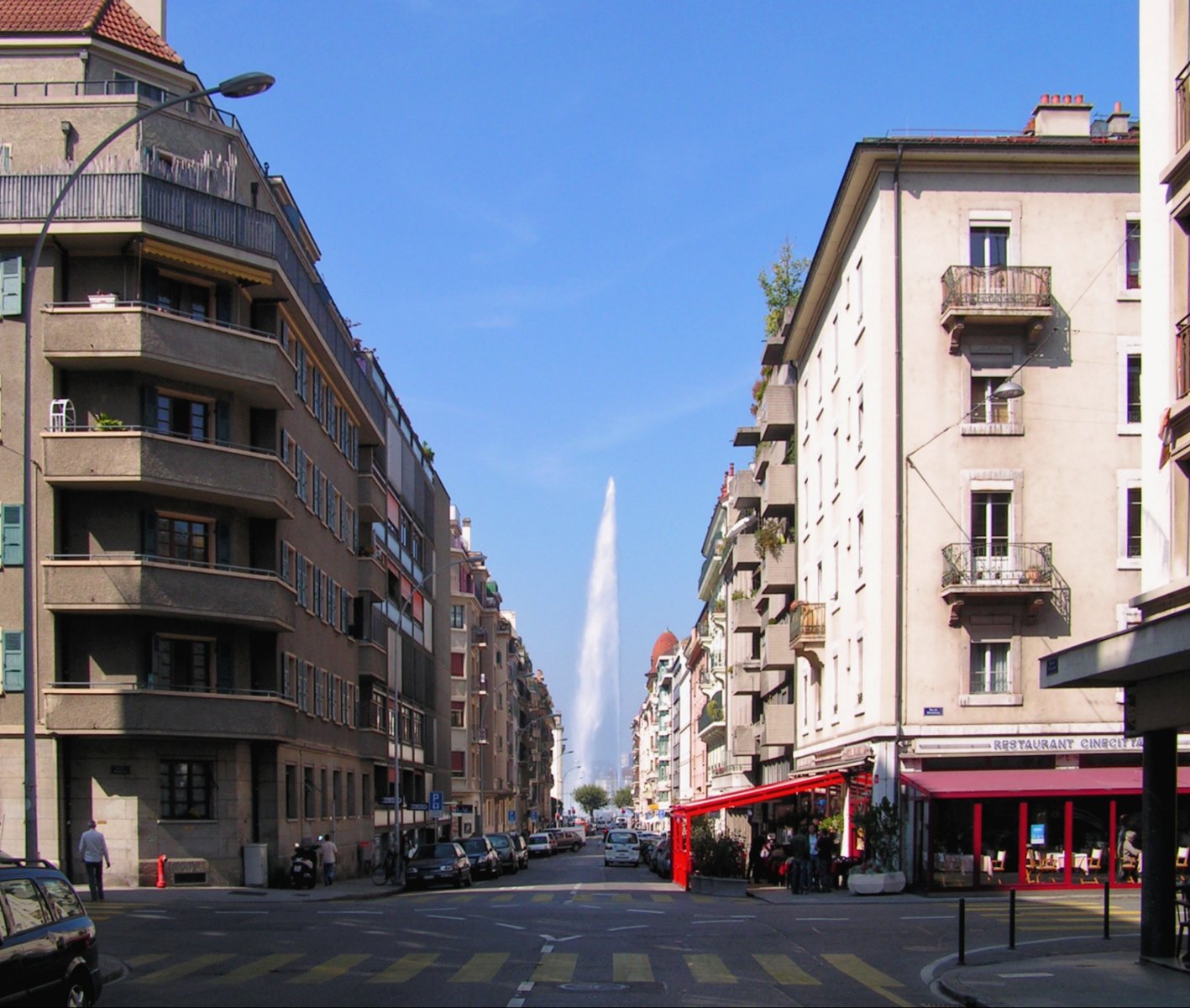 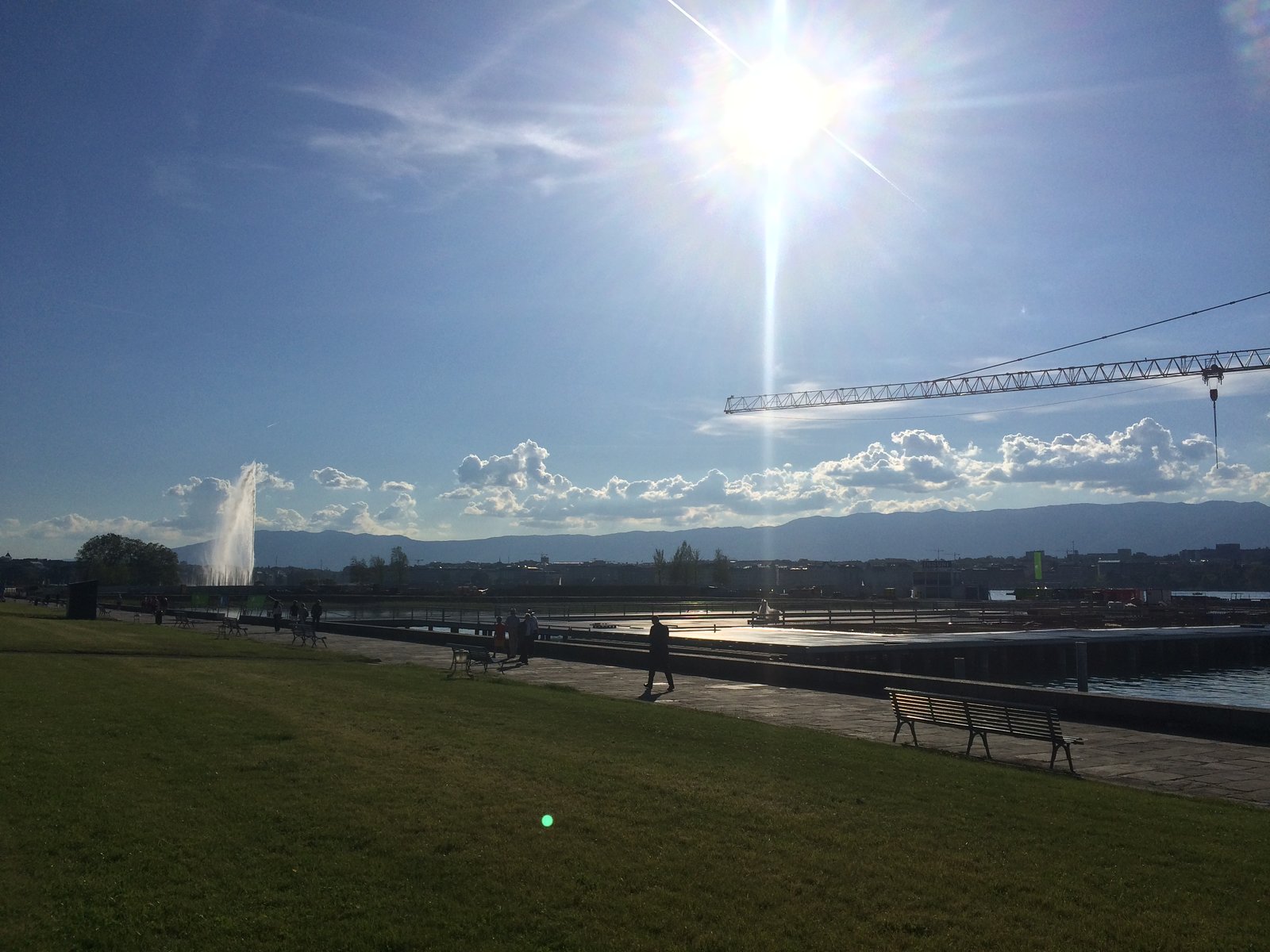 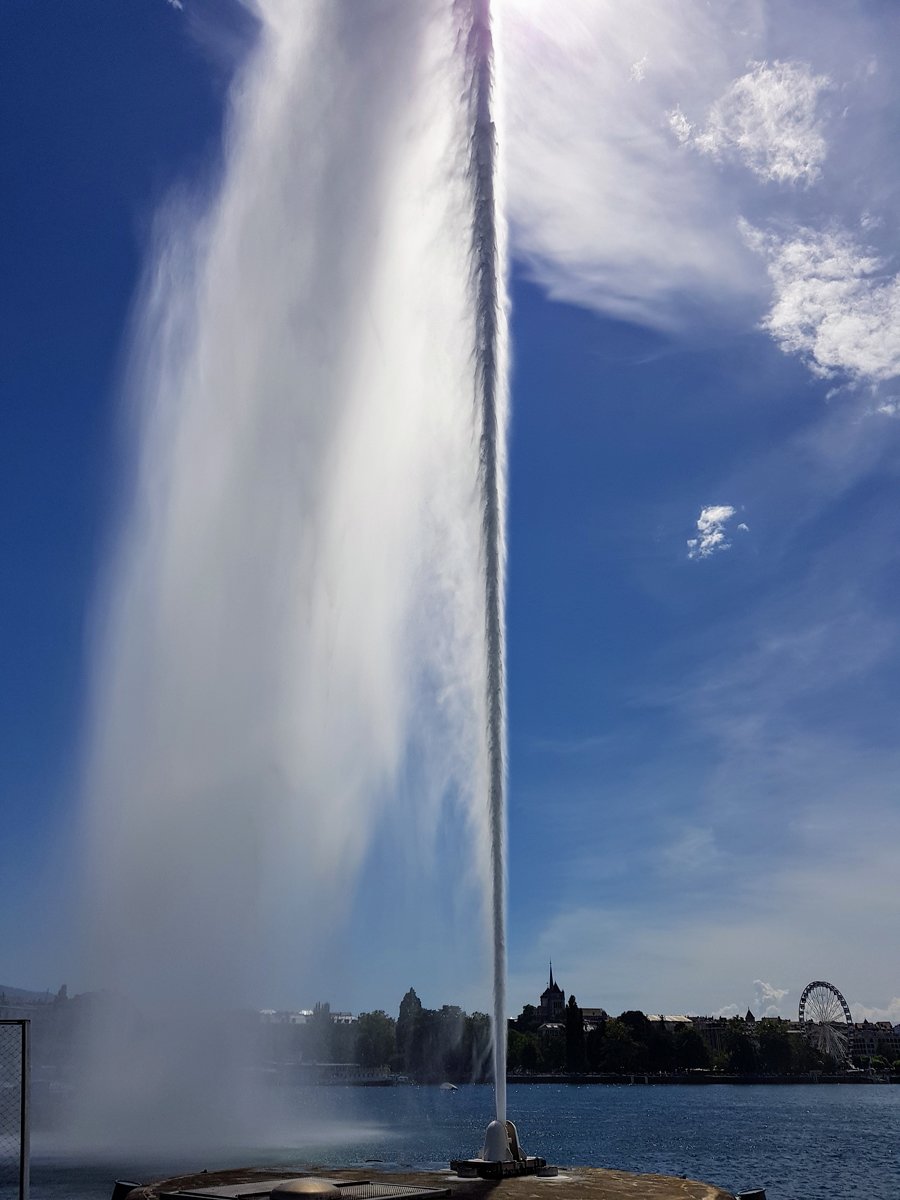 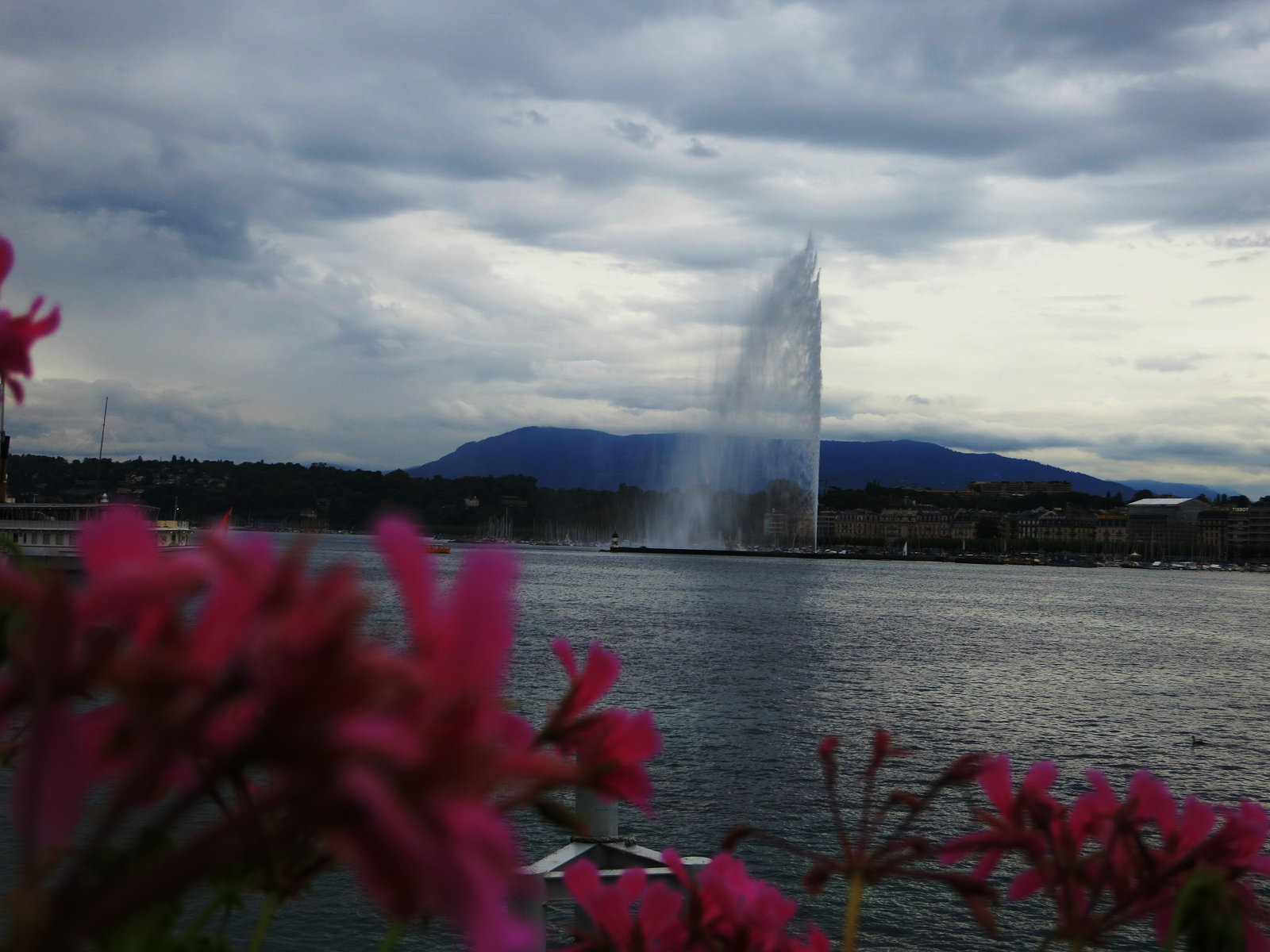 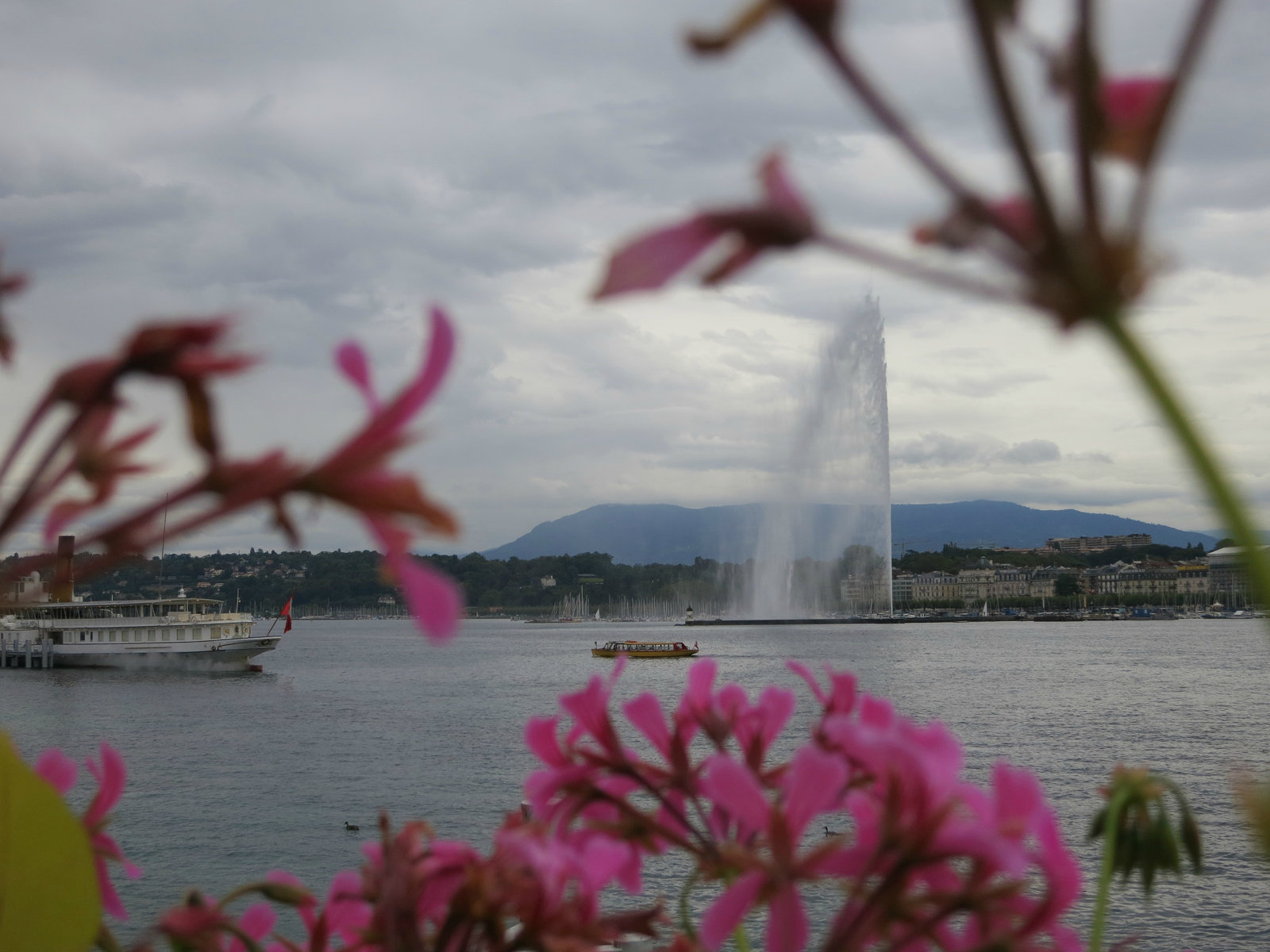 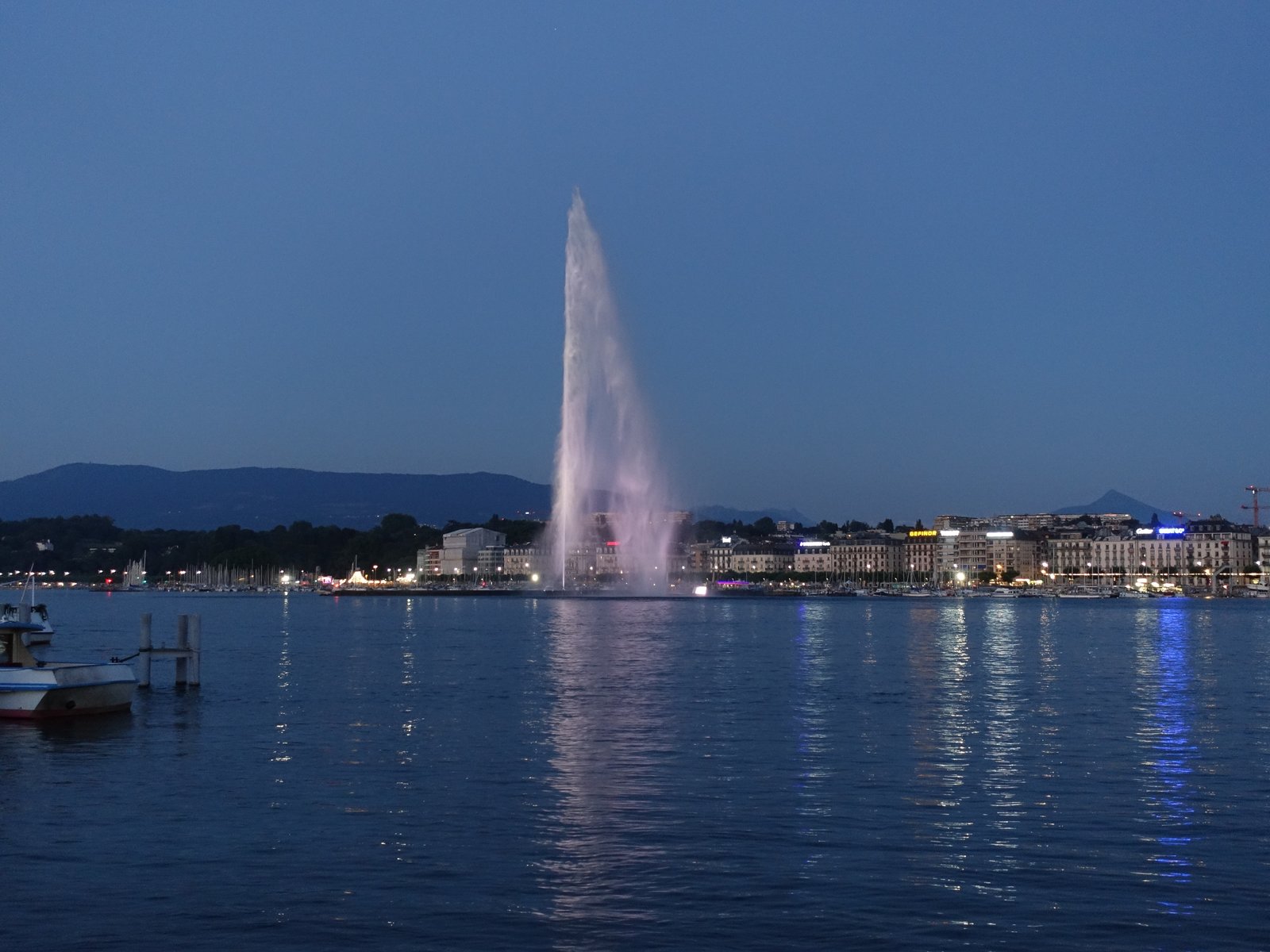 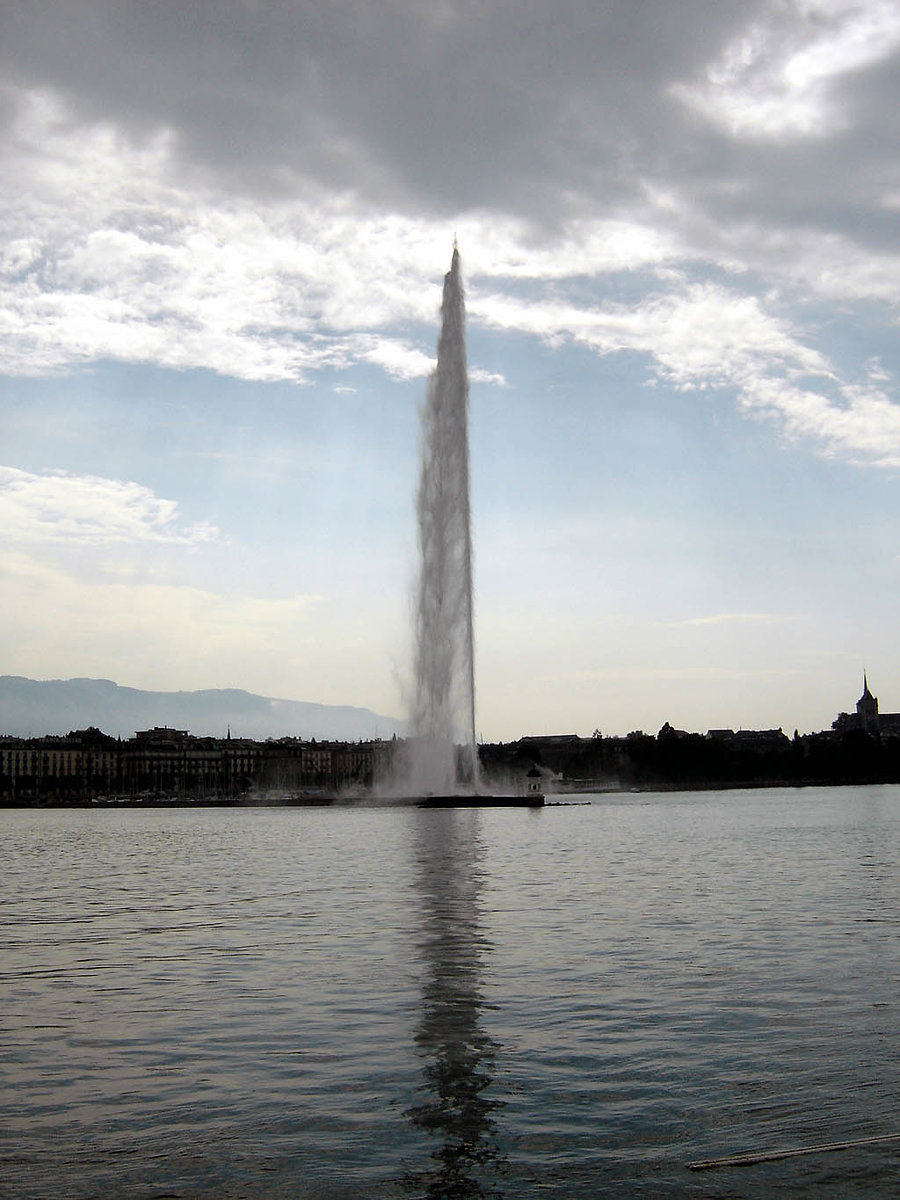 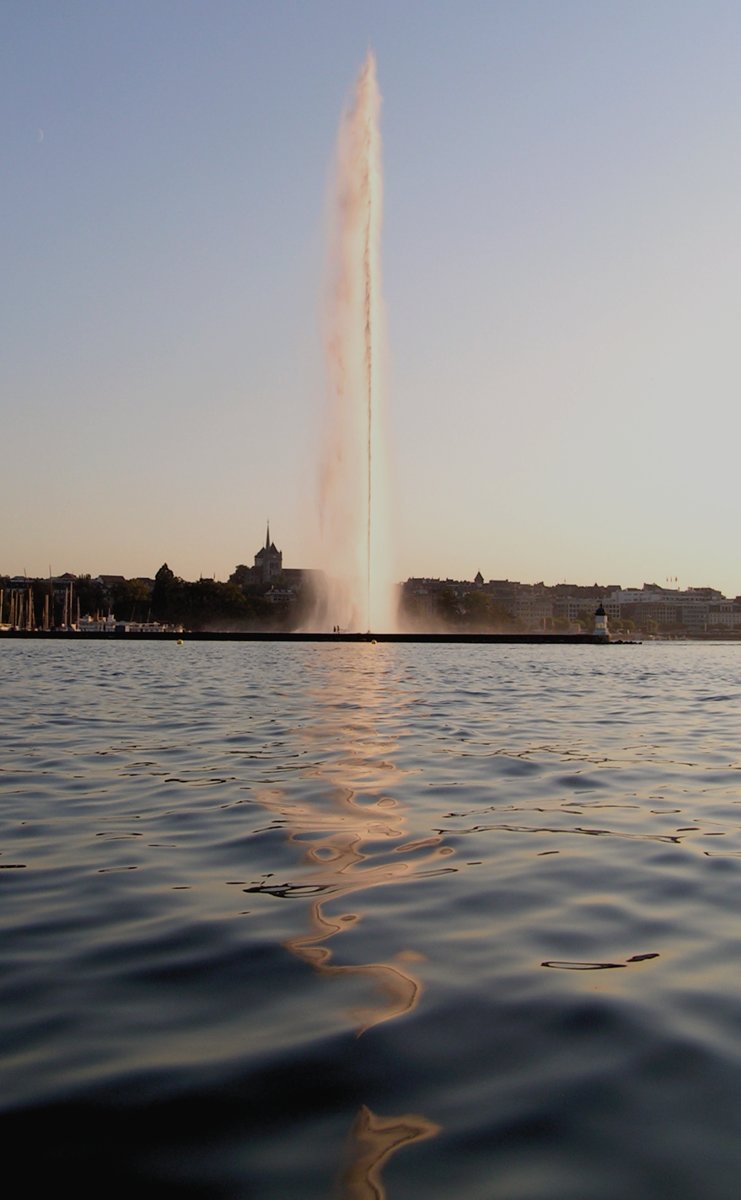