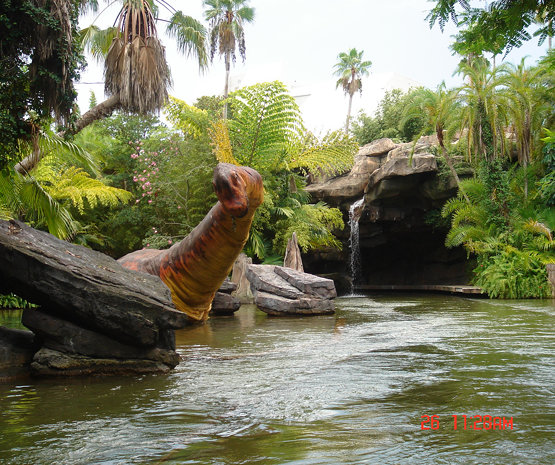 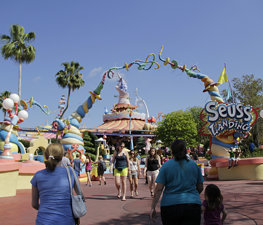 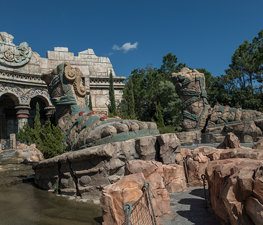 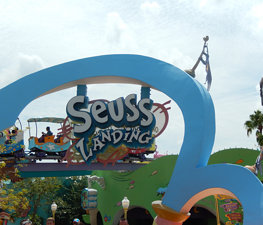 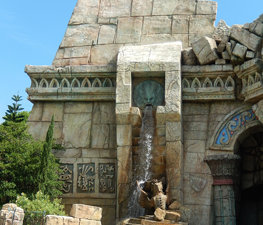 Universal's Islands of Adventure (Sometimes abbreviated IOA) is a theme park located in Orlando, Florida. It opened May 28, 1999 as part of an expansion that, along with CityWalk and the Portofino Bay and Hard Rock hotels, converted Universal Studios Florida into the Universal Orlando Resort. The park's overall theme is that of a journey of exploration, where guests depart from a main port on an "inland sea" to visit five "islands," each having its own distinct theme, but all emphasizing fun and adventure. A planned sixth island, to open in 2010, will be based on the popular Harry Potter franchise.

In 2007, Islands of Adventure hosted approximately 5.3 million guests, ranking it #9 among United States parks and #15 among all parks worldwide.

The park has even inspired a that once was available in its many souvenir shops.

Islands of Adventure had a soft opening beginning March 27, 1999 during which visitors could preview the park at a discounted price while the staff conducted a technical rehearsal and put the finishing touches in place. In this period, guests were informed that attractions might open and close throughout the day without notice and that some attractions might not be open at all. Initial plans were to open the park in mid-May, but this was ultimately delayed until May 28, 1999.

Islands of Adventure consists of five "islands" plus the Port of Entry, arranged around a "lagoon." The islands are presented in clockwise order, starting at the park entrance (as if you were standing with your back to the main entrance). Various live characters interact with guests throughout the day, including: Spider-Man, Captain America, the X-Men (Wolverine, Cyclops, Storm and Rogue), Dr. Seuss' Cat in the Hat, Merlin the Magician, Sindbad, Princess Amoura, Popeye, Bluto, Olive Oyl and plenty more. King's Row and Comic Strip Lane are just two locations where visitors can mingle. The locations, characters and times vary from day to day.

The Port of Entry is the park's main entrance and is home to many shops and services, including Guest Relations. Its main features are the Confisco Grille restaurant (one of two full-service restaurants in the Park) and the Islands of Adventure Trading Company, the park's primary gift shop. An attraction information board is located near the shore of the lagoon.

Marvel Super Hero Island has rides inspired by Marvel comic books, and focuses primarily on thrilling rides. The island features such Marvel characters as Wolverine, Captain America, Spider-Man, The Incredible Hulk, and some villains such as Doctor Doom, M.O.D.O.K., Hobgoblin, and Kingpin. Although The Walt Disney Company is in the process of acquiring Marvel Entertainment, Universal announced that Marvel's new ownership would not affect Marvel Super Hero Island, and Disney CEO Robert Iger acknowledged that Disney would continue to honor any contracts that Marvel currently has with Disney competitors.

Toon Lagoon is geared toward both kids and adults, and is based on the characters of King Features Syndicate and Jay Ward. The area focuses on water-based rides (hence the name) and features 3 counter-service restaurants: Comic Strip Cafe (offering Italian & Chinese Cuisine, Burgers & Dogs, and Fried Chicken & Fish), Blondies (home of the famous Dagwood), and Wimpy's (only open during peak seasons) & All On Mulberry Street.

Set in the time of the Jurassic Park movie. The area has some thrilling rides and has discovery-based exhibits. The characters of John Hammond and Ian Malcom even put in an appearance from time to time.

This island is themed to ancient myths and legends, and is roughly divided into two smaller sections. The first section is ancient Arabia, while the second is mythological Greece. It contains several live-action shows. This land is also home to Mythos, winner of best theme park restaurant several times by Theme Park Insider, and one of two full-service restaurants in the park. Formerly, the Lost Continent included a medieval section, but much of that area was relocated and re-themed for the new Wizarding World of Harry Potter.

Seuss Landing is specially geared towards small children and is based on the works of author Dr. Seuss. It has several Seuss-themed attractions. There is also a Green Eggs and Ham Cafe and Circus McGurkus restaurant. One of the unique characteristics of this area is, like in the books, there is not a single straight line anywhere. Palm trees, curved by the winds of Hurricane Andrew, were even installed in the area to continue this theming.

The Wizarding World of Harry Potter

On May 31, 2007, Universal Orlando announced that it had secured the rights from Warner Bros. and from British author J. K. Rowling to bring The Wizarding World of Harry Potter to Islands of Adventure. The 20-acre (81,000 m2) island will feature attractions, shops and restaurants set inside such locations as the Forbidden Forest, Hogsmeade Village and the iconic Hogwarts castle. Ground breaking began in 2007, with the official opening for Spring 2010. As part of the promotion for the upcoming area, a behind the scenes documentary on production of the park section is included on the DVD release of Harry Potter and the Half-Blood Prince.

Main article: List of attractions at The Wizarding World of Harry Potter

Several attractions in Islands of Adventure allow guests to utilize the "Universal Express Plus" Pass. This pass admits users to a separate line for the attraction, which is given priority status when boarding. Universal Express Plus is not a virtual queuing service, where users receive a specific time to return to the priority line. Instead, passholders may enter the Express Plus line whenever they wish.

Universal Express Plus is not included in park admission. There are a limited number of passes available each day and they are often sold out in advance. The cost of the pass varies based on what parks are selected and even what day is selected, with higher prices charged on peak operating days during the year.

Purchasers of the Express Plus pass may use the shorter priority line once per enabled attraction. Guests of Universal's three on-site resorts—the Royal Pacific Resort, the Hard Rock Hotel and the Portofino Bay Hotel—may show their room keys for unlimited uses of the faster line for each ride. Also, guests who hold Universal Orlando's Premier Annual Pass receive the same unlimited privilege extended to hotel guests after 4 pm.

As with almost any amusement park, older attractions are sometimes removed to make way for newer ones. Some will simply close, not to be replaced, while others will be changed from their initial concepts, sometimes significantly.

Poseidon's Fury, Lost Continent's special effects show, originally had a different storyline. In this first version, an old tour guide known as The Keeper wove a tale about the great lost city of Atlantis and an epic battle between Zeus and Poseidon. The Keeper led guests to the Temple of Poseidon, where the evil god appeared and welcomed guests to their new permanent home. The Keeper revealed himself to be Zeus in disguise and, after an effects-laden battle, defeated Poseidon. Based on guest polling data, Universal decided to revise the attraction story. Now, guests meet Taylor, a nerdy archaeologist, who guides them through the attraction, albeit slightly differently. Upon reaching the lost city, the party is captured by Darkanon, a new evil god-like being. Fortunately, Poseidon, a benevolent god in this version, comes to the guests' rescue thanks to Taylor's assistance and defeats Darkanon.

While Poseidon's Fury's plot has changed, its arsenal of special effects has remained intact. The battles use water projection screens, fire and water effects, and high-speed set-changing technology.

Over in Toon Lagoon, the island's show arena has hosted numerous presentations. Originally, it featured a live show with the various cartoon characters of Toon Lagoon. It was replaced in 2002 by a Mat Hoffman-themed BMX stunt show. It has also hosted Bill and Ted's Excellent Halloween Adventure (during Halloween Horror Nights). It was the home studio of NBC's iVillage Live television show until June 29, 2007.

The Lost Continent once had a third section, known as Merlin Woods, which held the Flying Unicorn and Dueling Dragon coasters. This area has been demolished for the upcoming Wizarding World of Harry Potter, with its attractions going to be incorporated into the Harry Potter universe.

Seuss Landing was slated to open with 'Sylvester McMonkey McBean's Very Unusual Driving Machines', a track-based aerial ride where guests would drive individual cars around the elevated track. However, it was pushed back due to contractual disputes and safety issues. The bankruptcy of the ride's original manufacturer postponed its opening indefinitely. In 2006, the track was rebuilt in a new format and finally opened as the 'High in the Sky Seuss Trolley Train Ride.'

Courtney Adams
Frozen butter beer is best. Don't get too many. Two people can share 1. One for each is too filling. Hulk and both dueling dragons are amazing. The red one is a bit more intense. Over all its amazing!

Orlando Informer
When you enter the park, be sure to grab a in-park guide map right away. It includes all the attractions, dining venues, show times, and characters meet and greets.

Andres Sanchez
The experience is Awesome!! It is always better to get tickets online and always go for the Express Ticket! Is pricy but worth the money!!!

Aris Galatis
If you are into roller coasters and rides then this is your park. Incredible hulk ride great but short. Spiderman 3D ride is AMAZING! Lots of food and drinking options. Must visit!

Hanan Mal
All of the Harry Potter rides are amazing, the forbidden adventure is a must! Spider-Man and the hulk were great fun too! Dr Seuss is great for kids. Express pass is a must.

Kari Twogood
Take a change of clothes and a towel as 2 of the best rides will get you completely drenched. There is no warning that you will get that wet. Ride the Hulk - it is awesome.
Load more comments
foursquare.com
9.0/10
Geraldine ?????????, JoJo Joshua and 175,886 more people have been here
I've been here
Add to wishlist

Universal's Islands of Adventure on Foursquare

Bill Frederick Park at Turkey Lake is a tourist attraction, one of 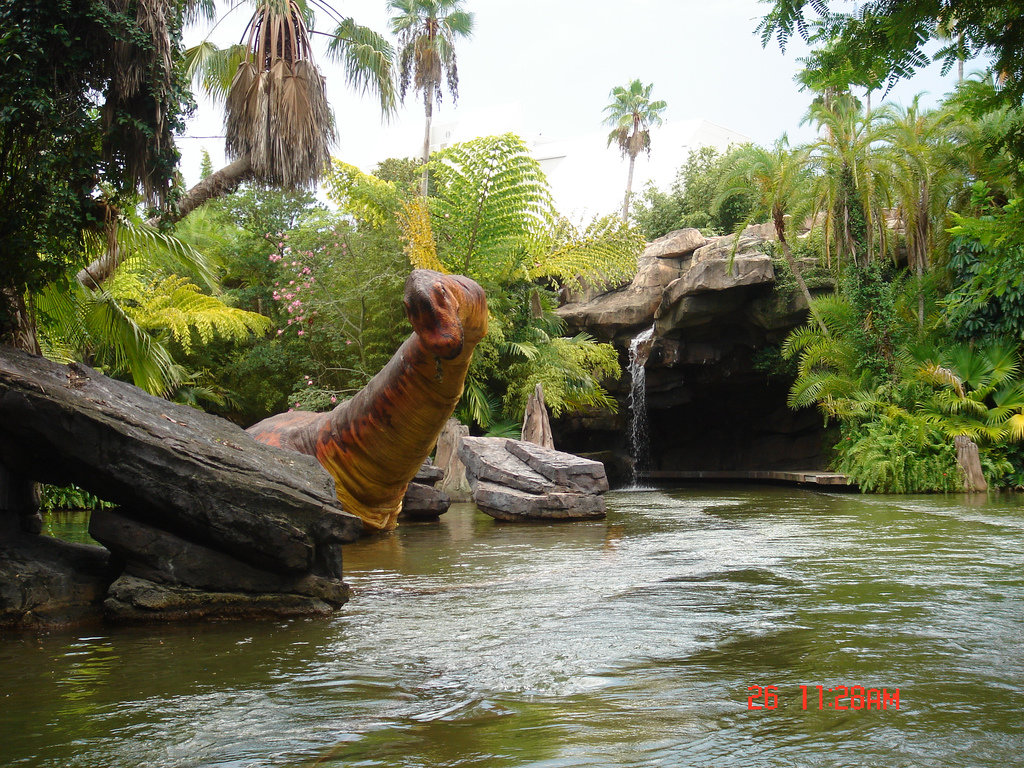 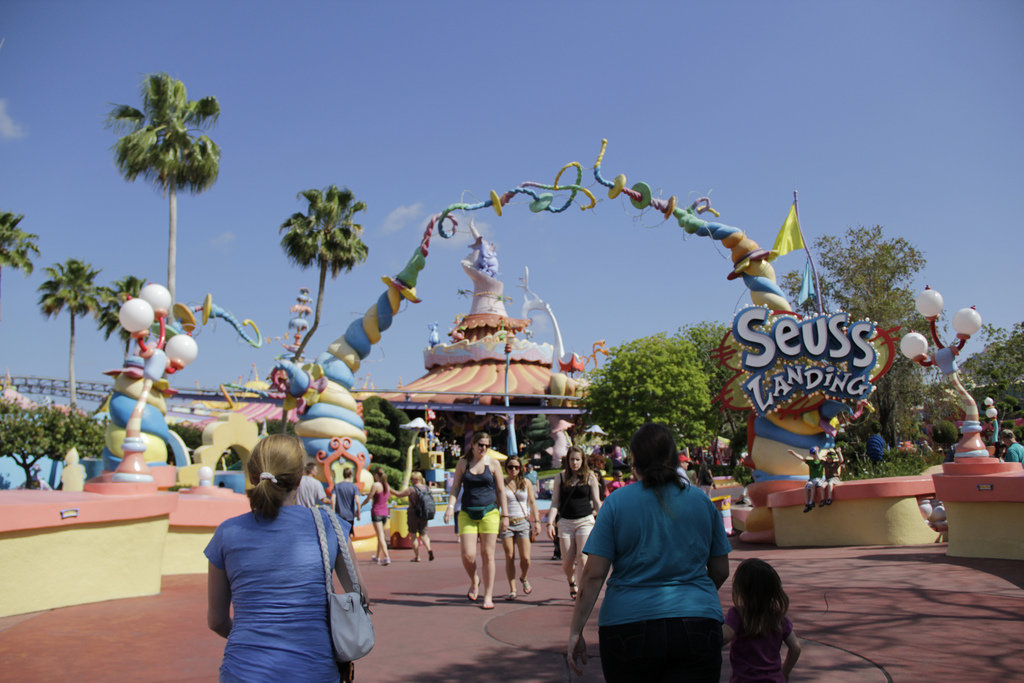 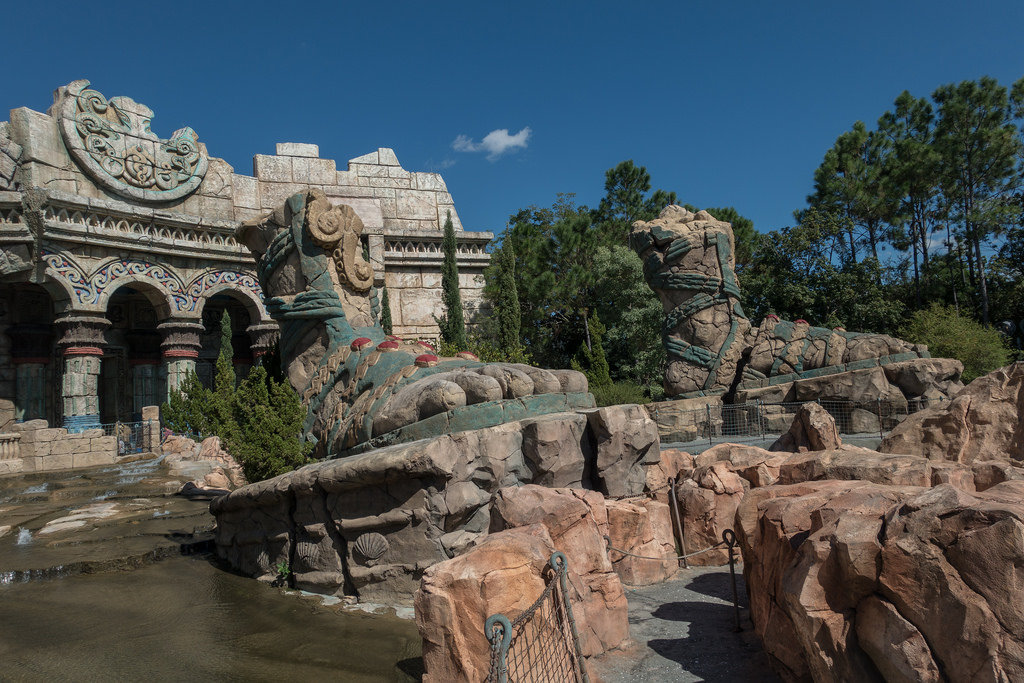 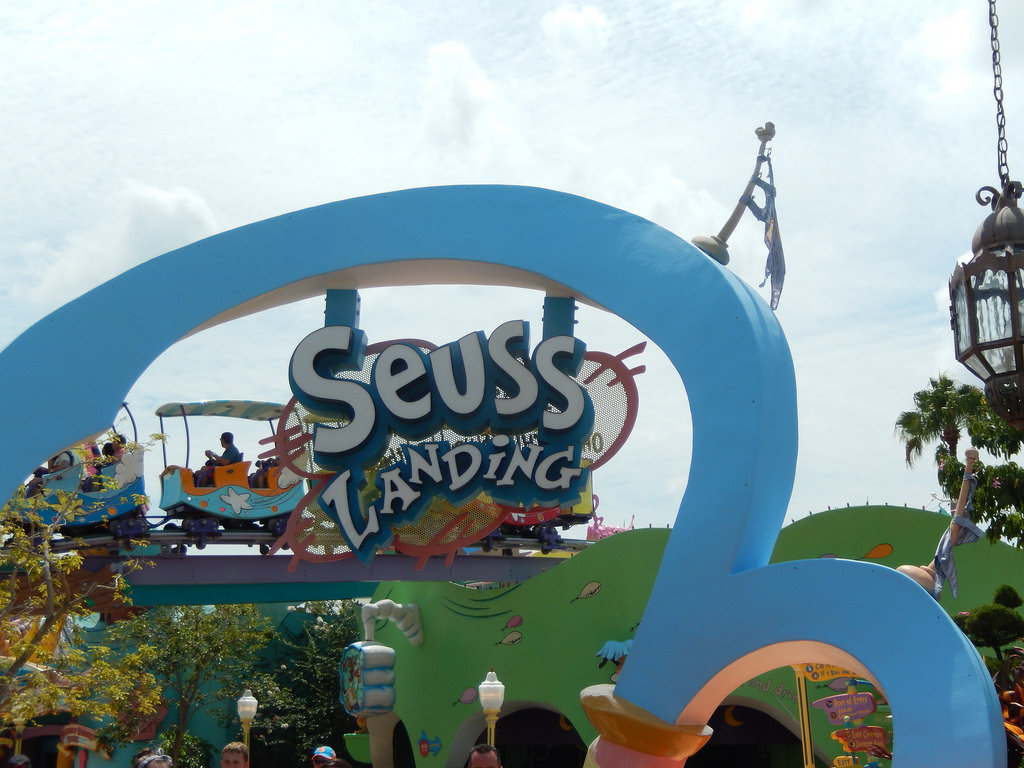 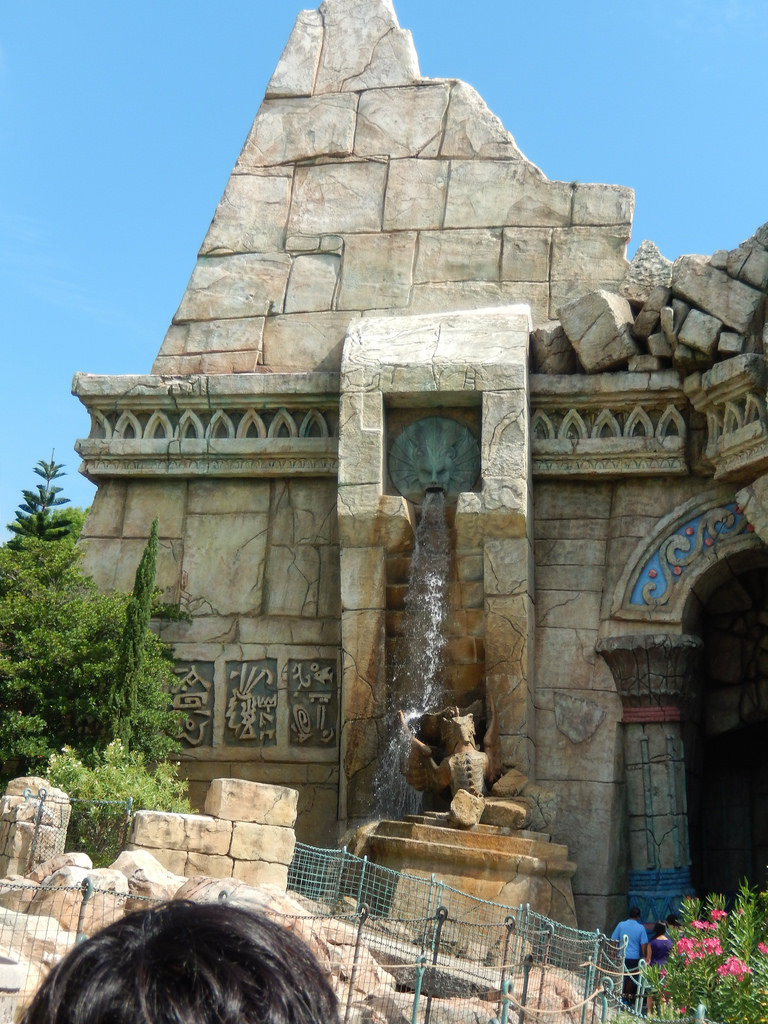 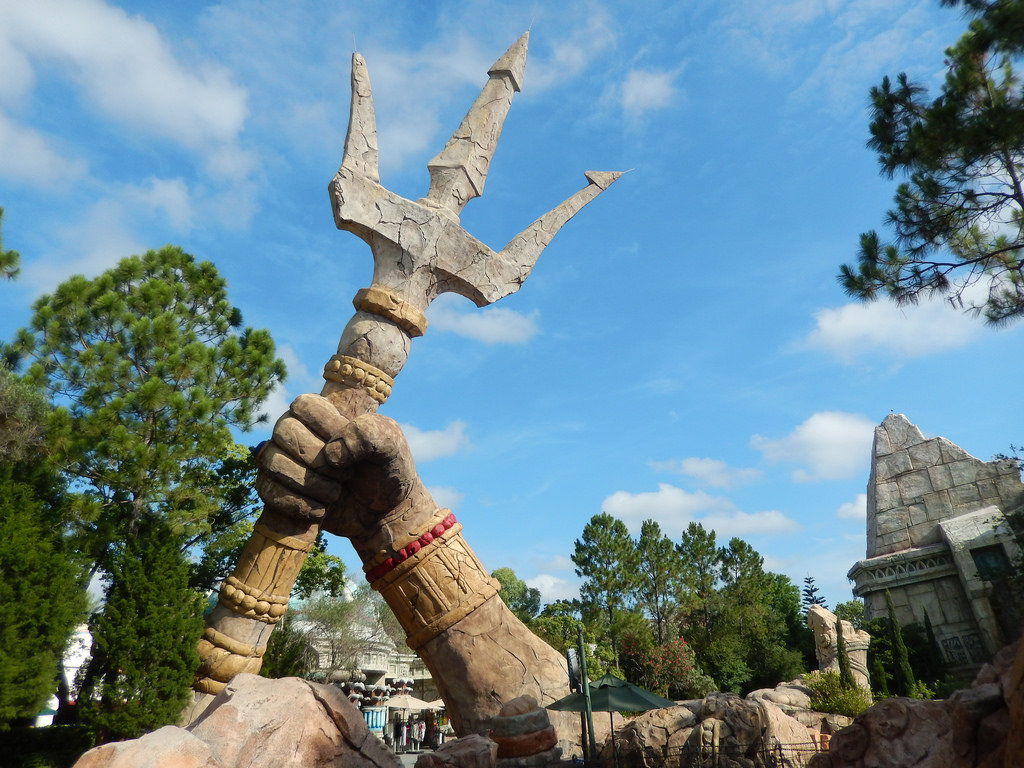 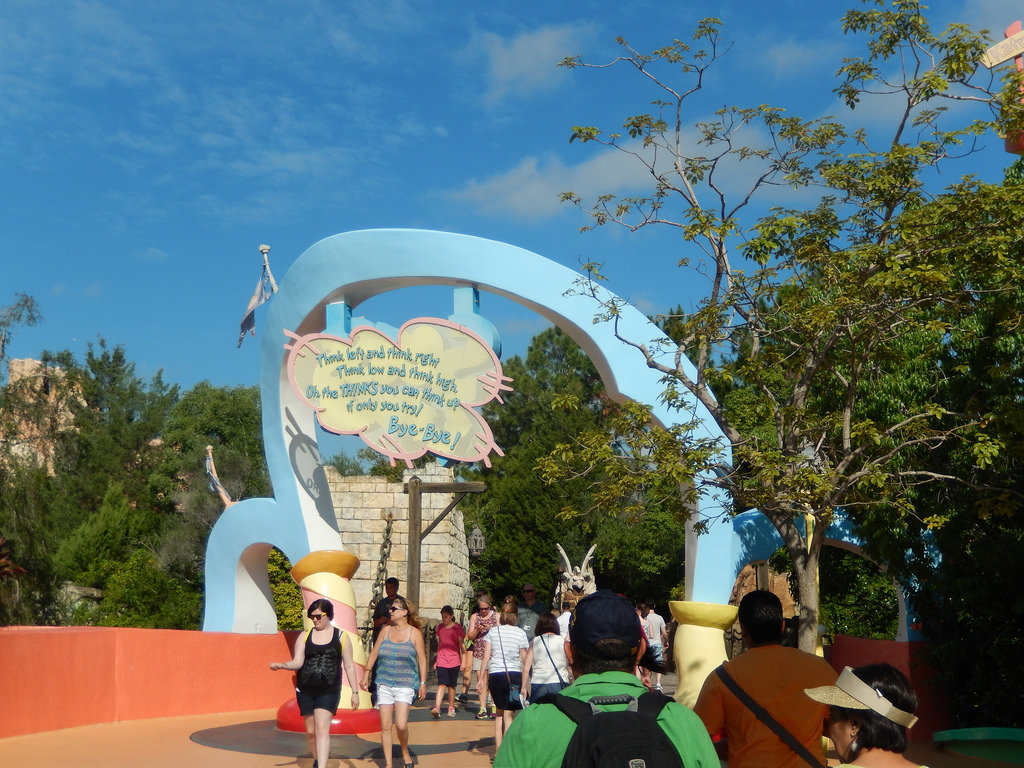 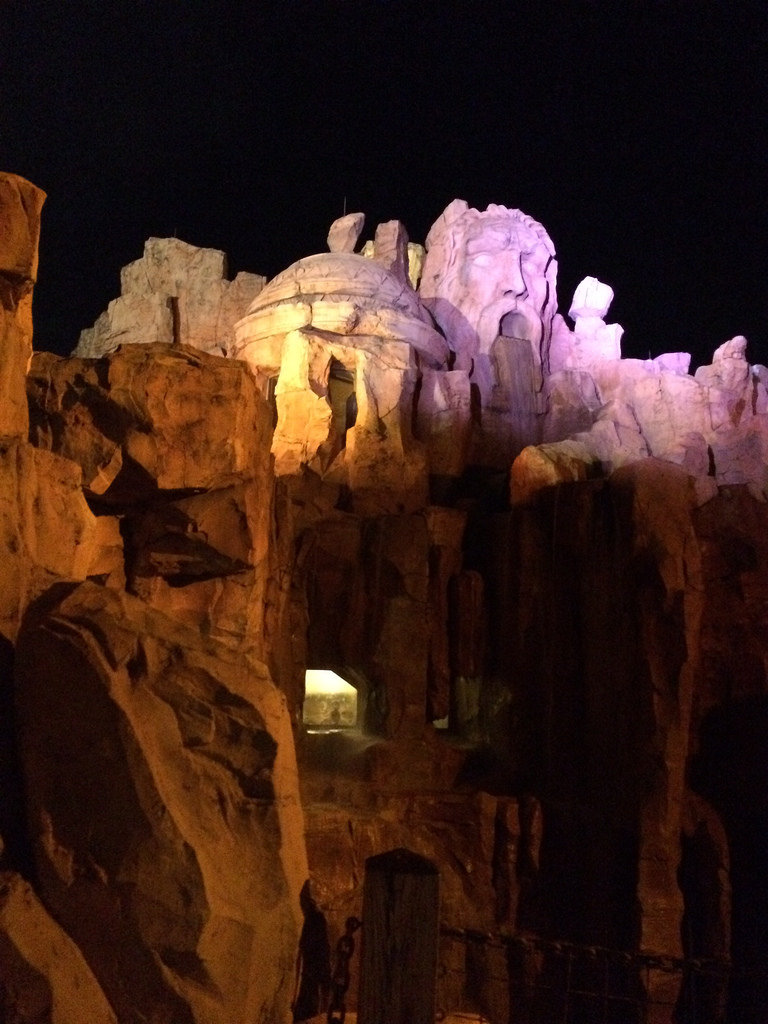 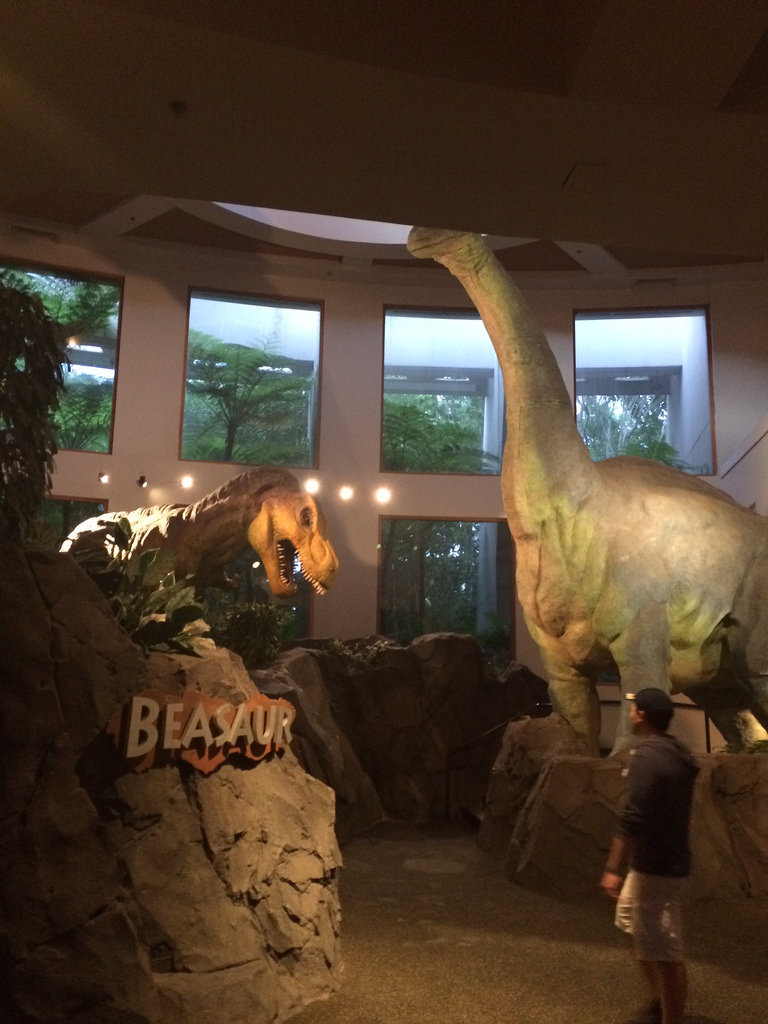 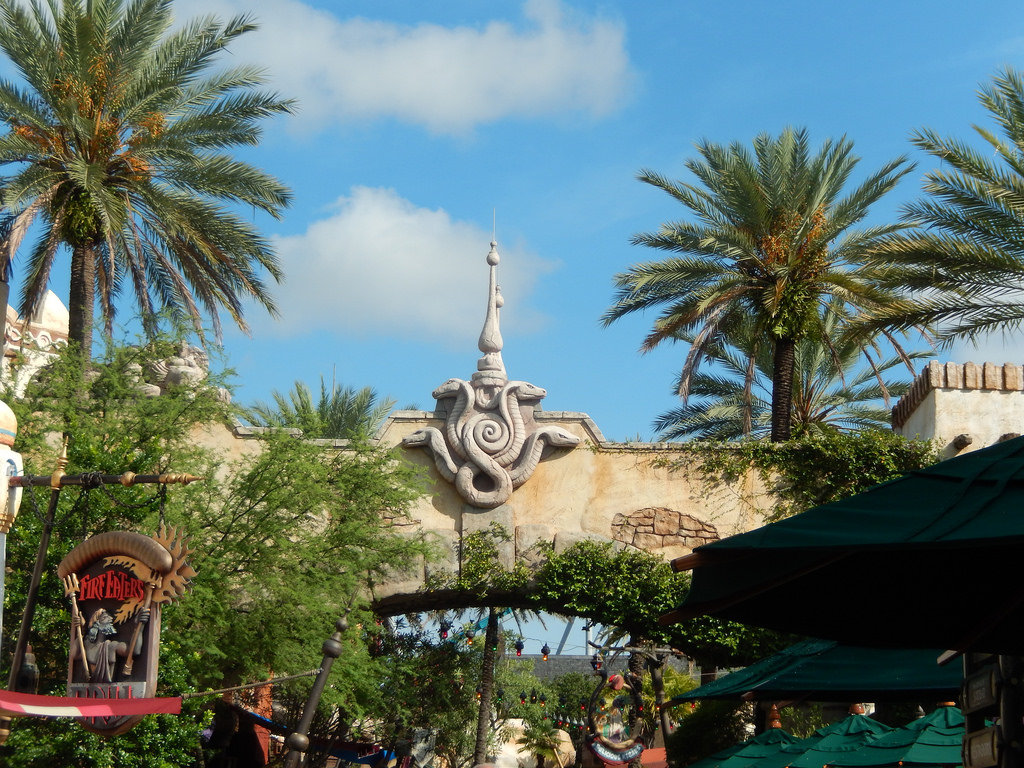