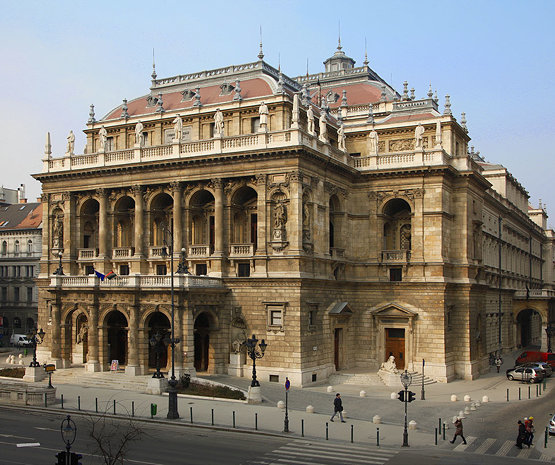 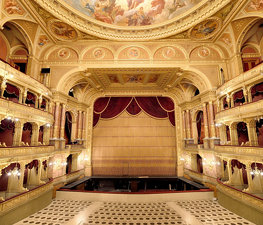 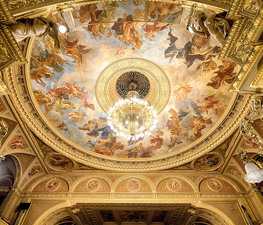 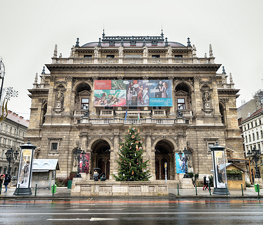 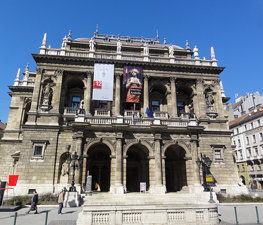 Designed by Miklós Ybl, a major figure of 19th century Hungarian architecture, the construction lasted from 1875 to 1884 and was funded by the city of Budapest and by Emperor Franz Joseph of Austria-Hungary. The Hungarian Royal Opera House (as it was known then) opened to the public on the September 27, 1884.

It is a richly-decorated building and is considered one of the architect's masterpieces. It was built in neo-Renaissance style, with elements of baroque. Ornamentation includes paintings and sculptures by leading figures of Hungarian art of the time including Bertalan Székely, Mór Than and Károly Lotz. Although in size and capacity it is not among the greatest, in beauty and the quality of acoustics the Budapest Opera House is considered to be amongst the first few opera houses in the world.

The auditorium holds 1261 seats. It is horseshoe shaped and - according to measurments done in the 1970s by a group of international engineers - has the 3rd best acoustics in Europe after the Scala in Milan and the Paris Opera House. Although many opera houses have been built since, the Budapest Opera House is still among the best in terms of the acoustics. In front of the building are statues of Ferenc Erkel, composer of the Hungarian national anthem, and the first music director of the Opera House. He was also founder of the Budapest Philharmonic Orchestra. The other statue is of Franz Liszt, the best known Hungarian composer.

Each year the season lasts from September to the end of June and besides opera performances the Opera House is home to the Hungarian National Ballet.

Many important artists were guests here including Gustav Mahler the composer who was director in Budapest from 1887 to 1891 and Otto Klemperer who was music director for three years from 1947 to 1950.

In the 1970s the state of the building prompted the Hungarian State to order a major renovation which eventually began in 1980 and lasted till 1984. The reopening was held exactly 100 years after the original opening, on the 27th of September 1984.

The second house of the Hungarian State Opera is Erkel theatre. It is a much bigger building and it also hosts opera and ballet performances during the opera season.

There are guided tours in the building in six languages (English, German, Spanish, French, Italian and Hungarian) almost every day.

Daria M
If you have a box seat, you can take your upper clothes with you, there is a place for it. Don't forget to visit the balcony facing Andrasi on the second floor and enjoy. The place is magic!

Jose A. Madariaga
Very cheap seats for every play. The guided tour (eng, ita, spa..) is very recommended too. Dont pay the picture fee, you will be able to take them anyway (the leaders doesnt stop anyone)

Fluying ✅
Tour in English usually run at 15:00 and 16:00. If your are attending to a performance, you may skip the tour as the greatest thing is the interiors.

We Love Budapest
Worth seeing a show as much for the opera as to admire the ambience of the stunning architecture - both inside and out. Keep in mind tickets often sell out in advance.

Ilana Zholobovsky
You can find really cheap tickets for ballet, for as little as 1500 HUF. Easy to order, everything is on their website.
Load more comments
foursquare.com
9.0/10
Katka, William Davis and 90,308 more people have been here
I've been here
Add to wishlist

Erzsébet tér is a tourist attraction, one of the Parks in Budapest, H

Add to wishlist
I've been here
Visited
House of Terror

House of Terror is a museum located at Andrássy út 60 in Budapest, H 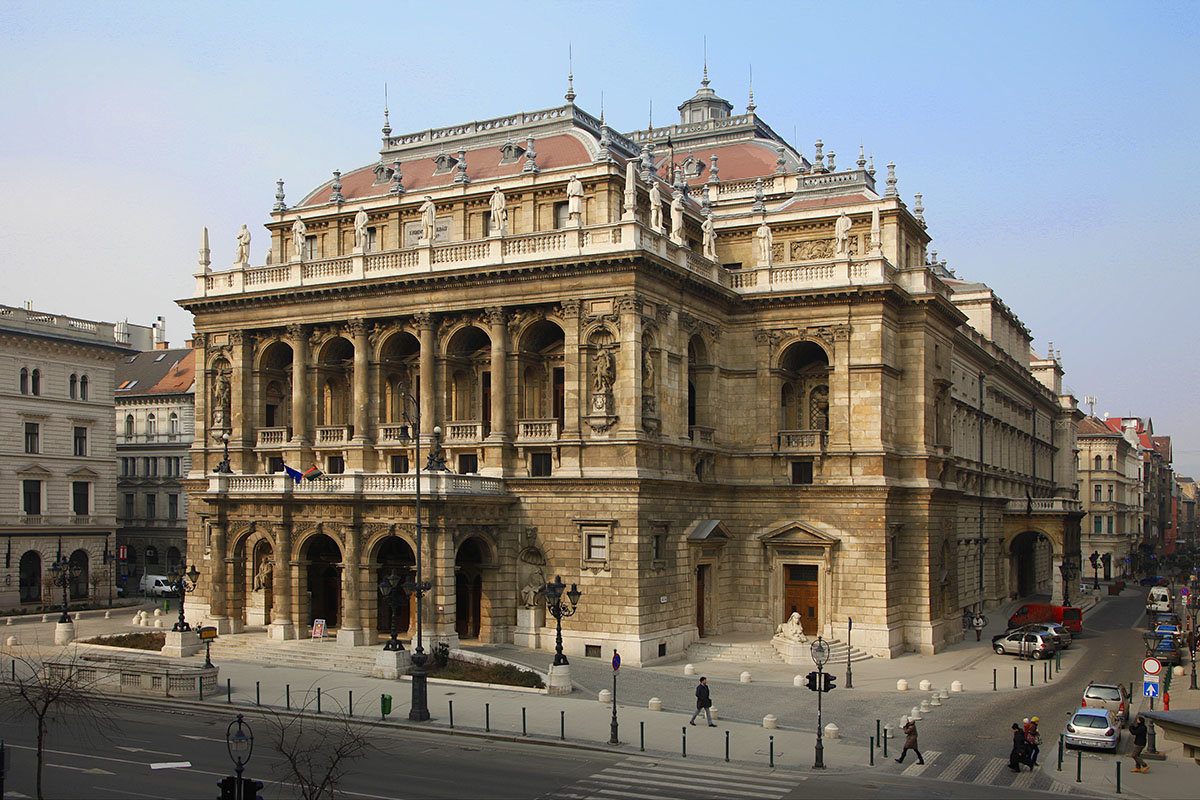 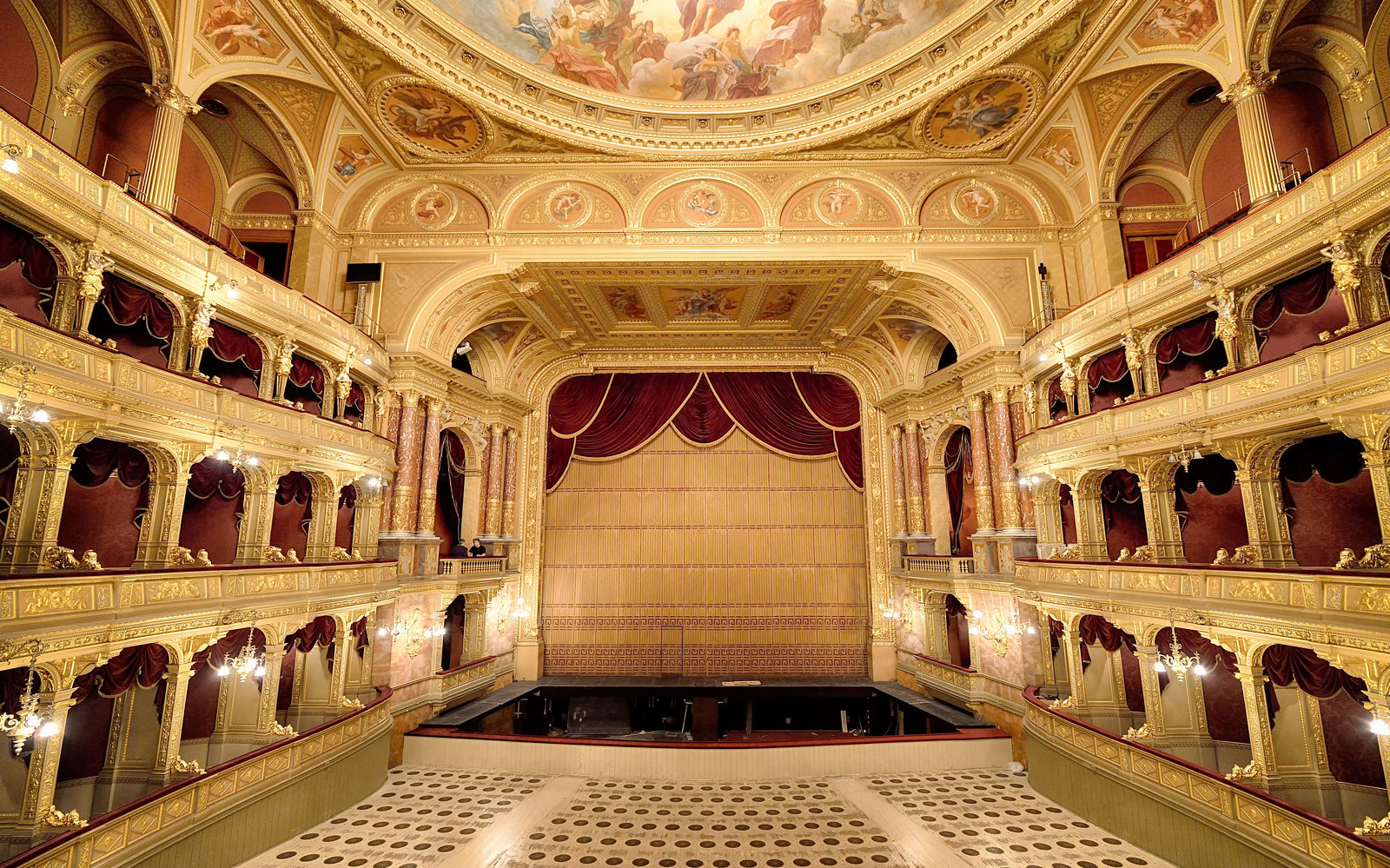 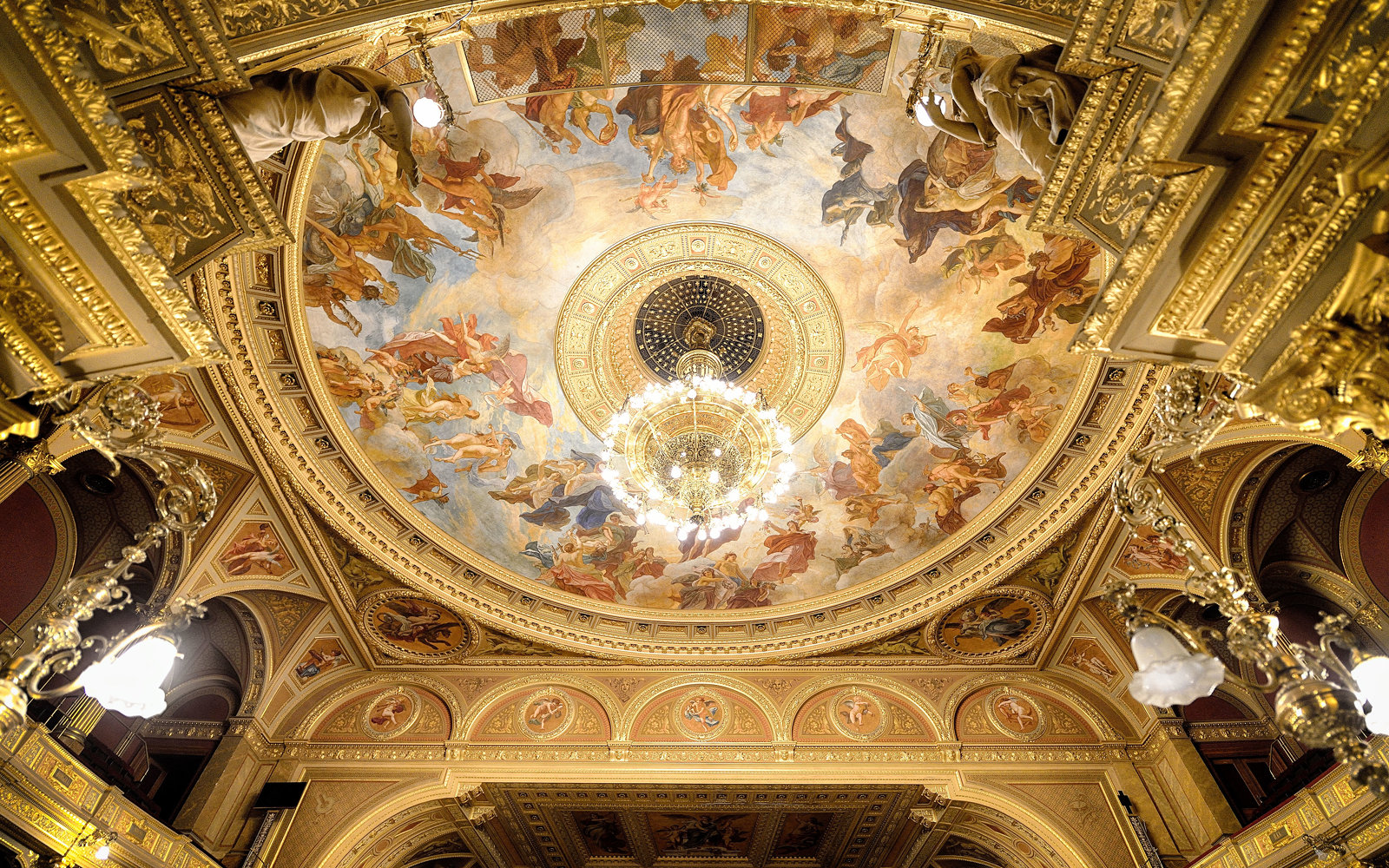 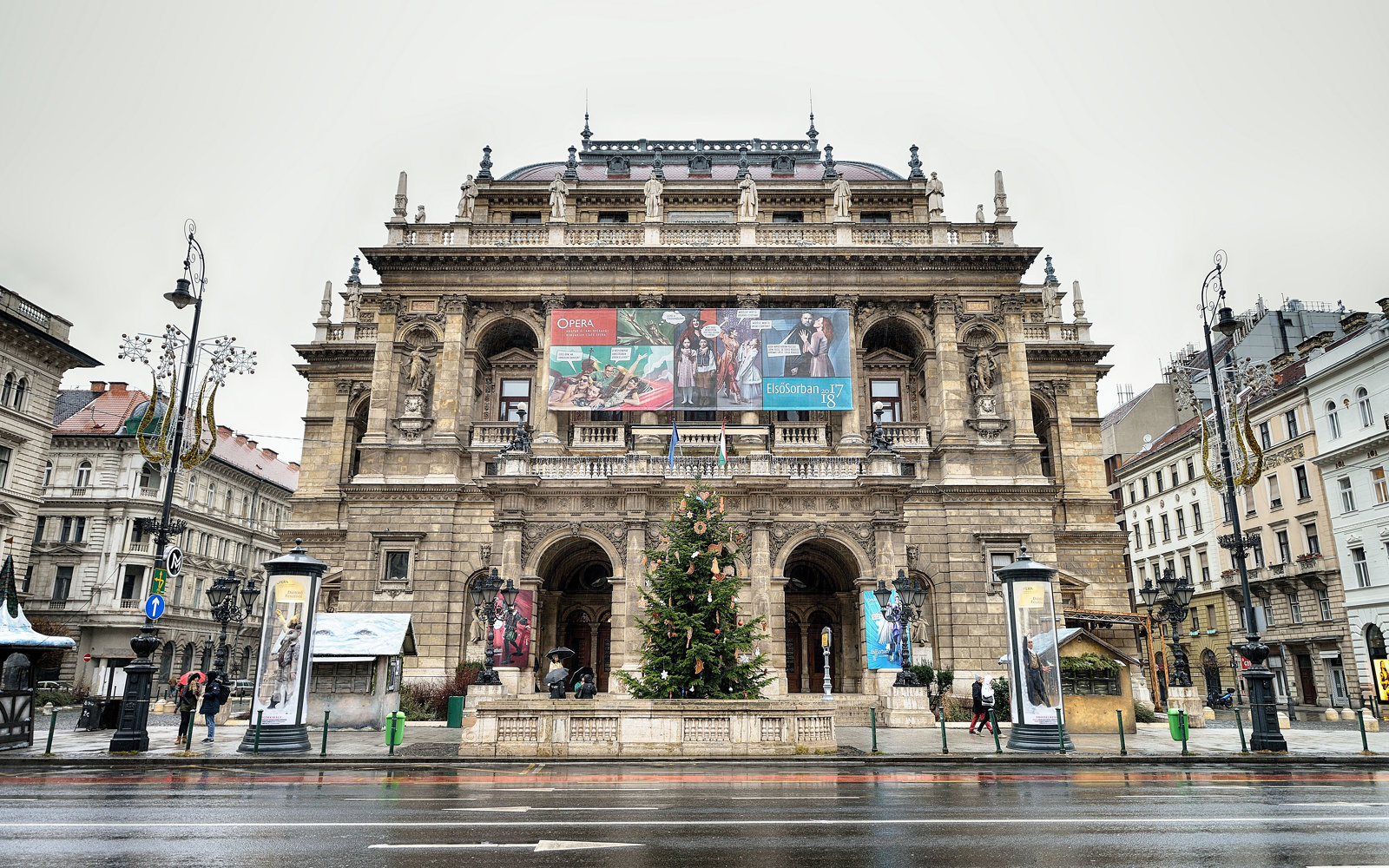 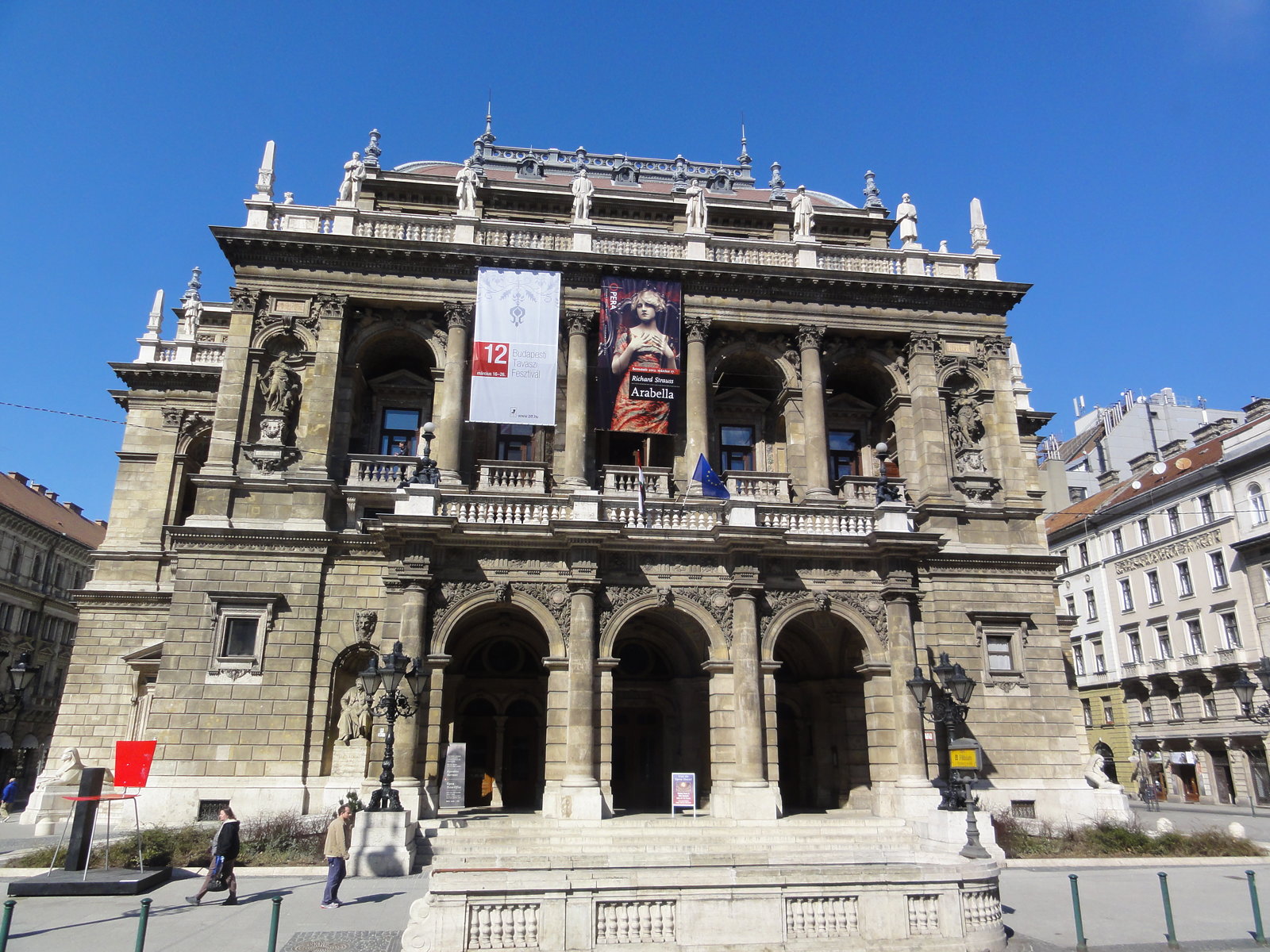 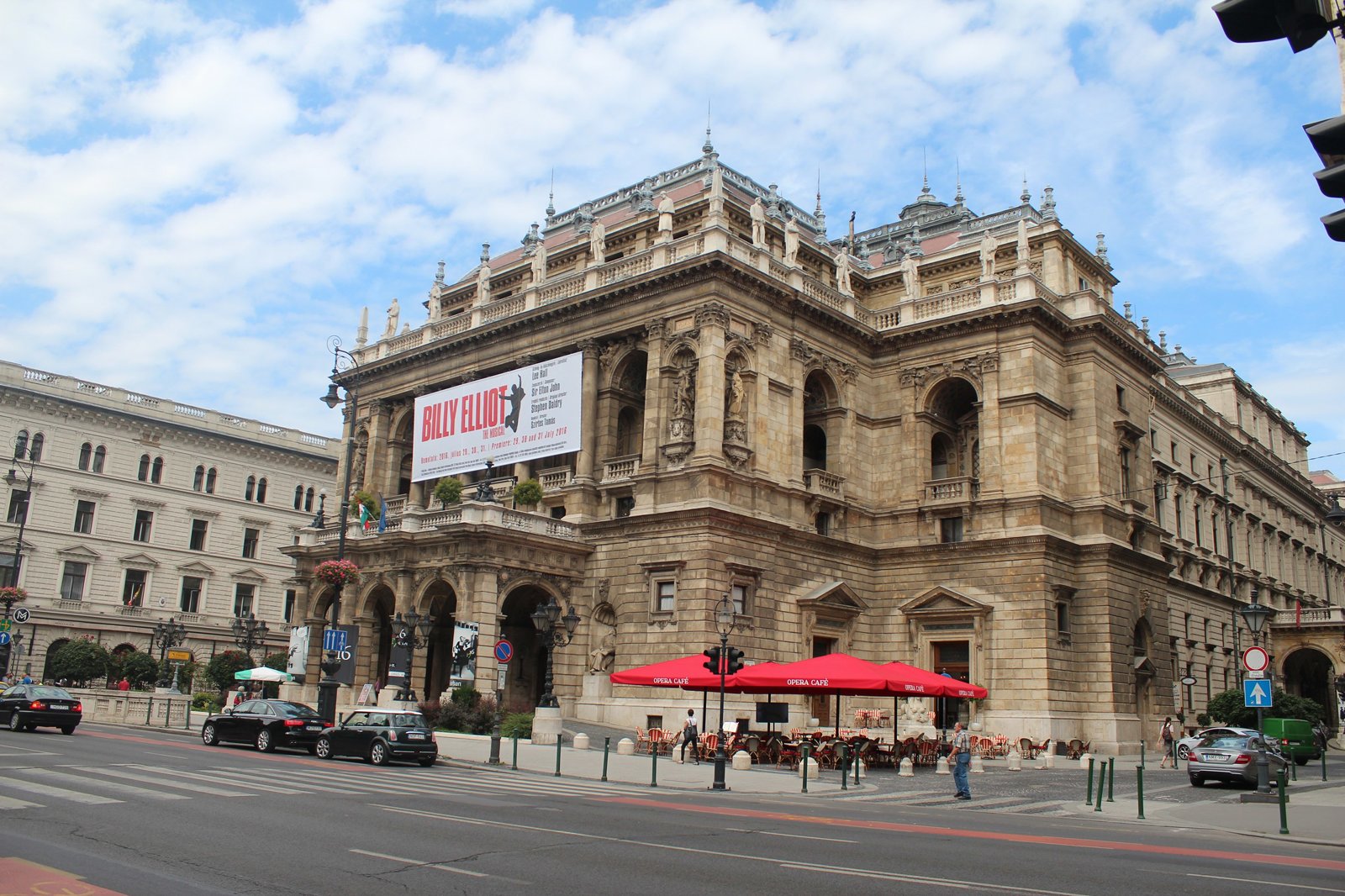 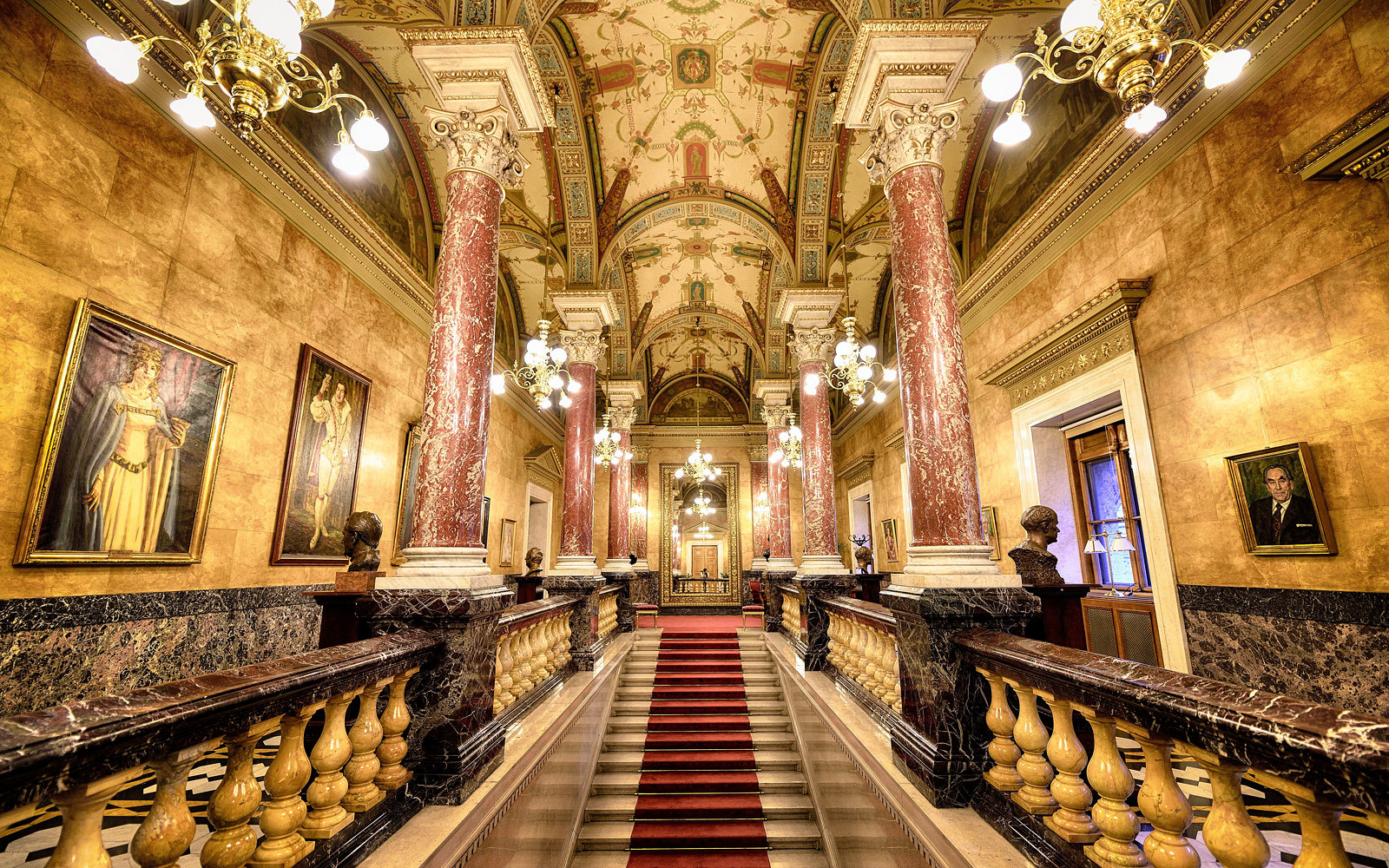 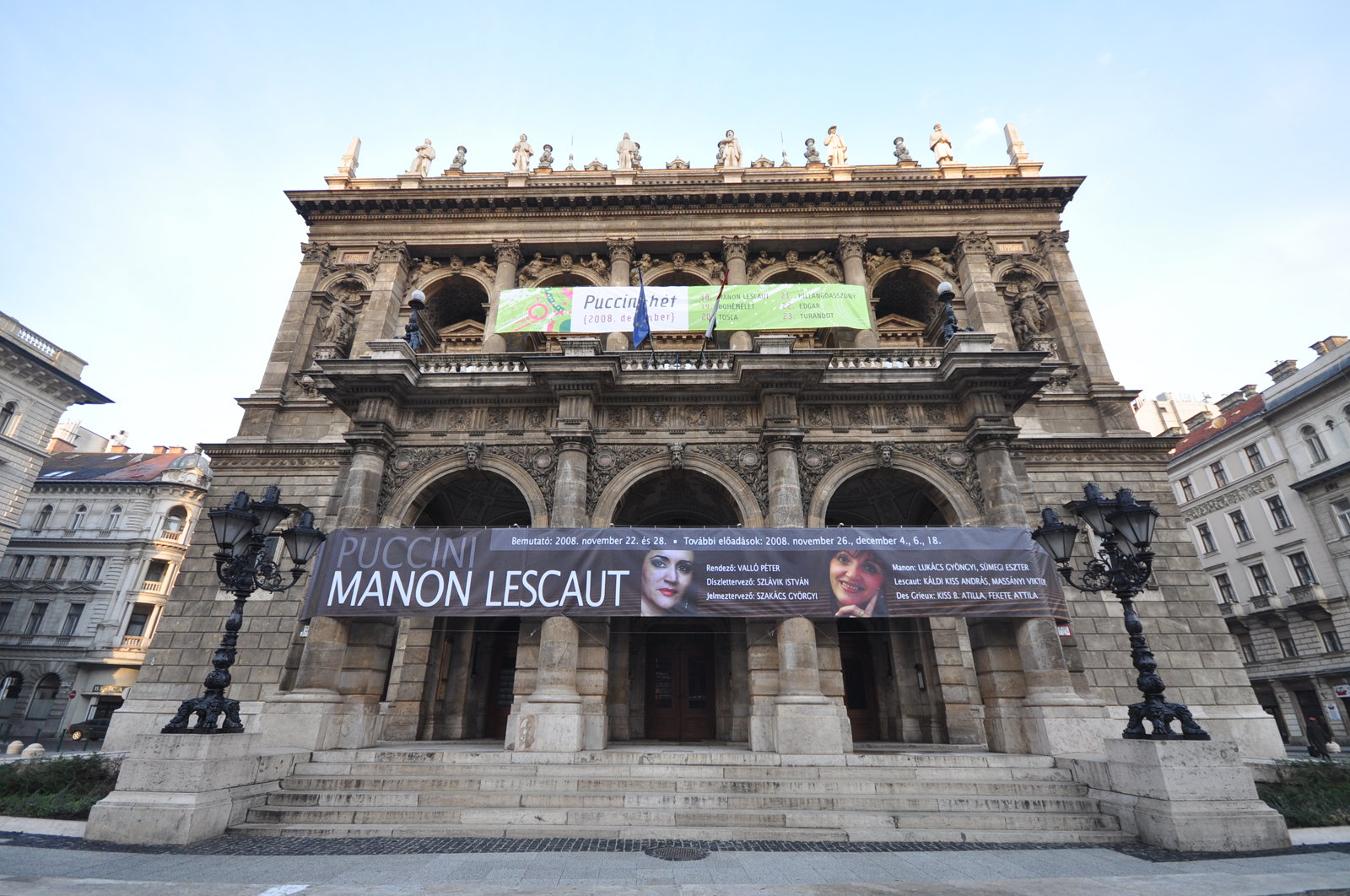 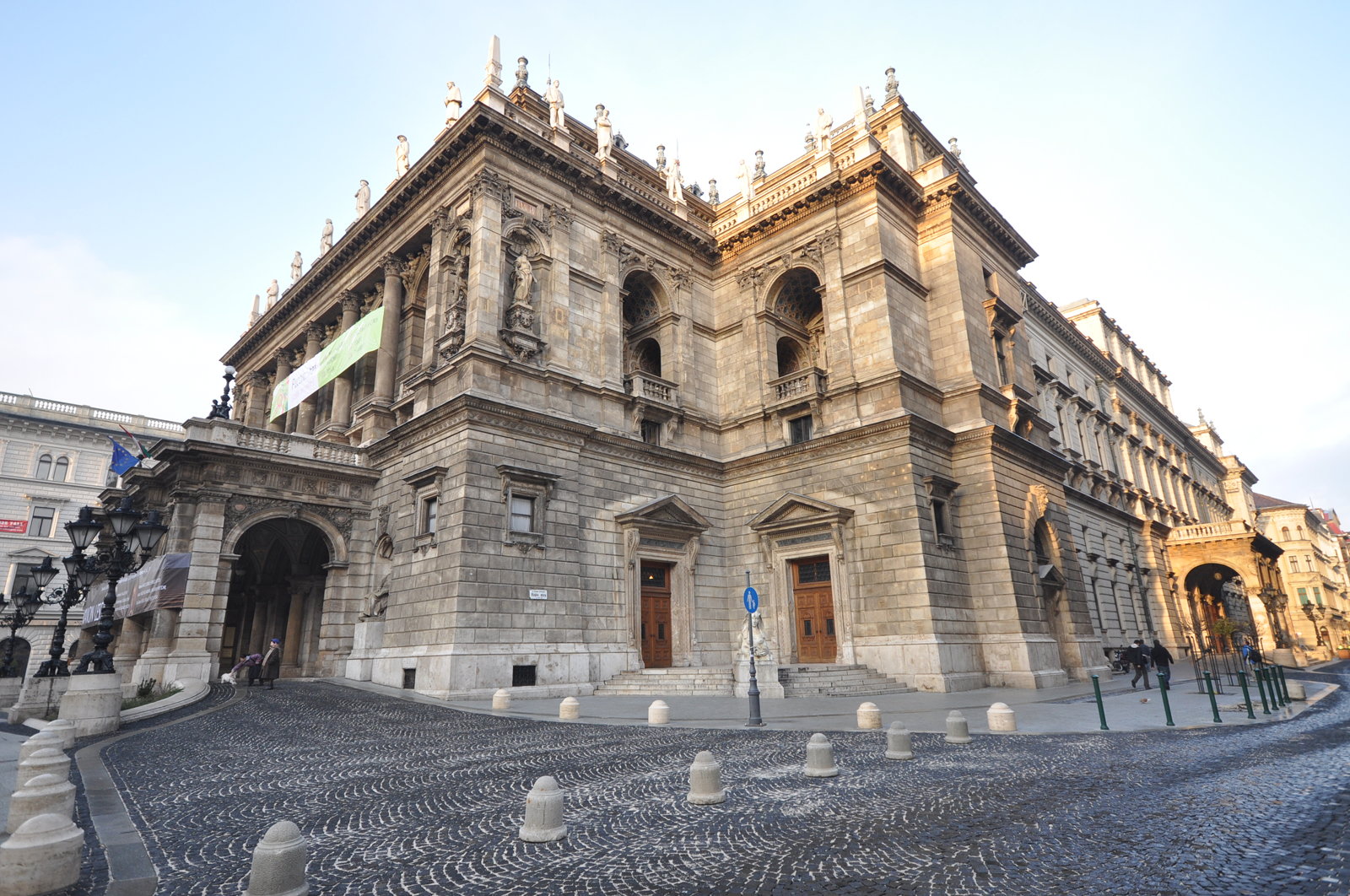 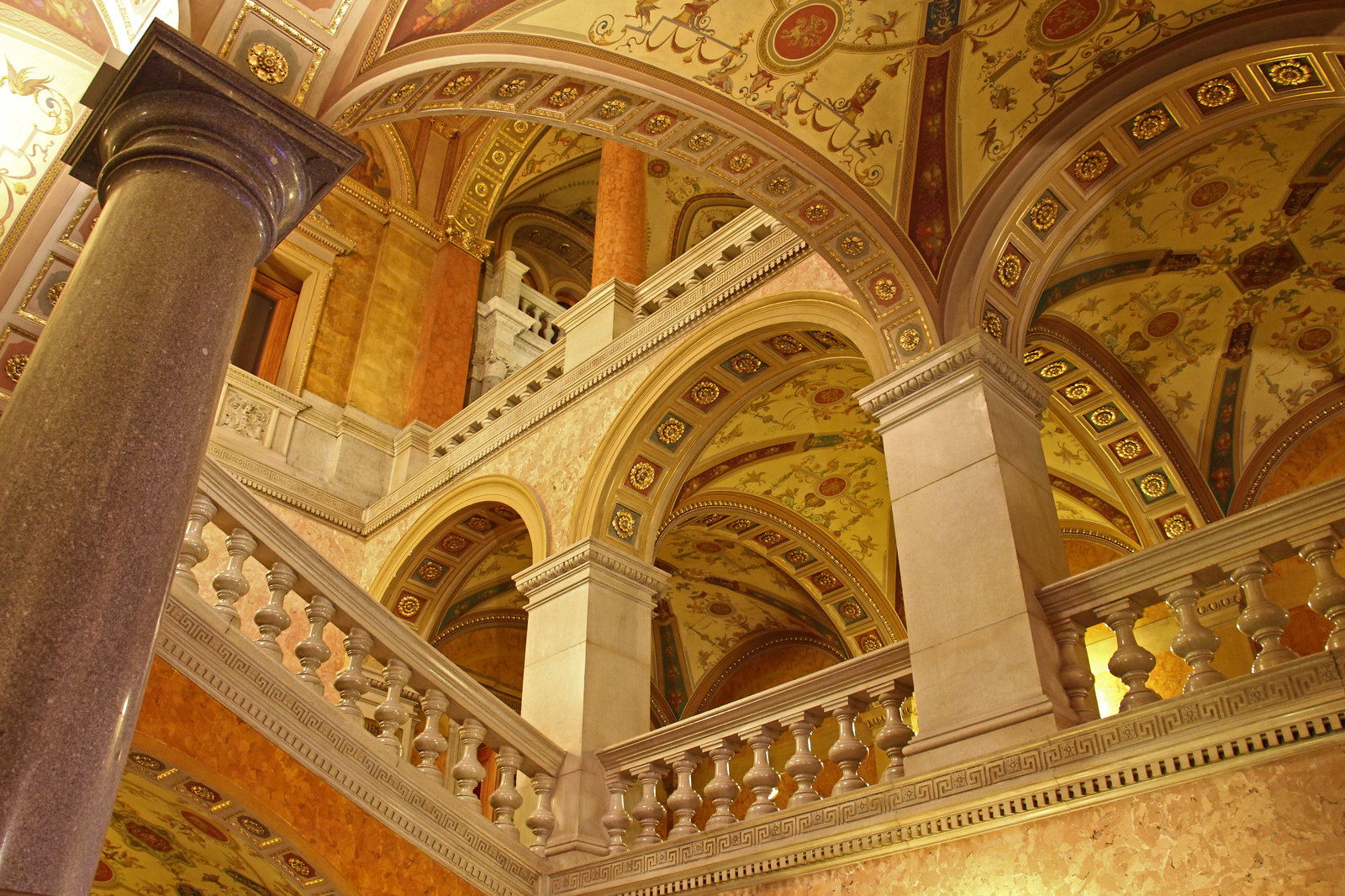 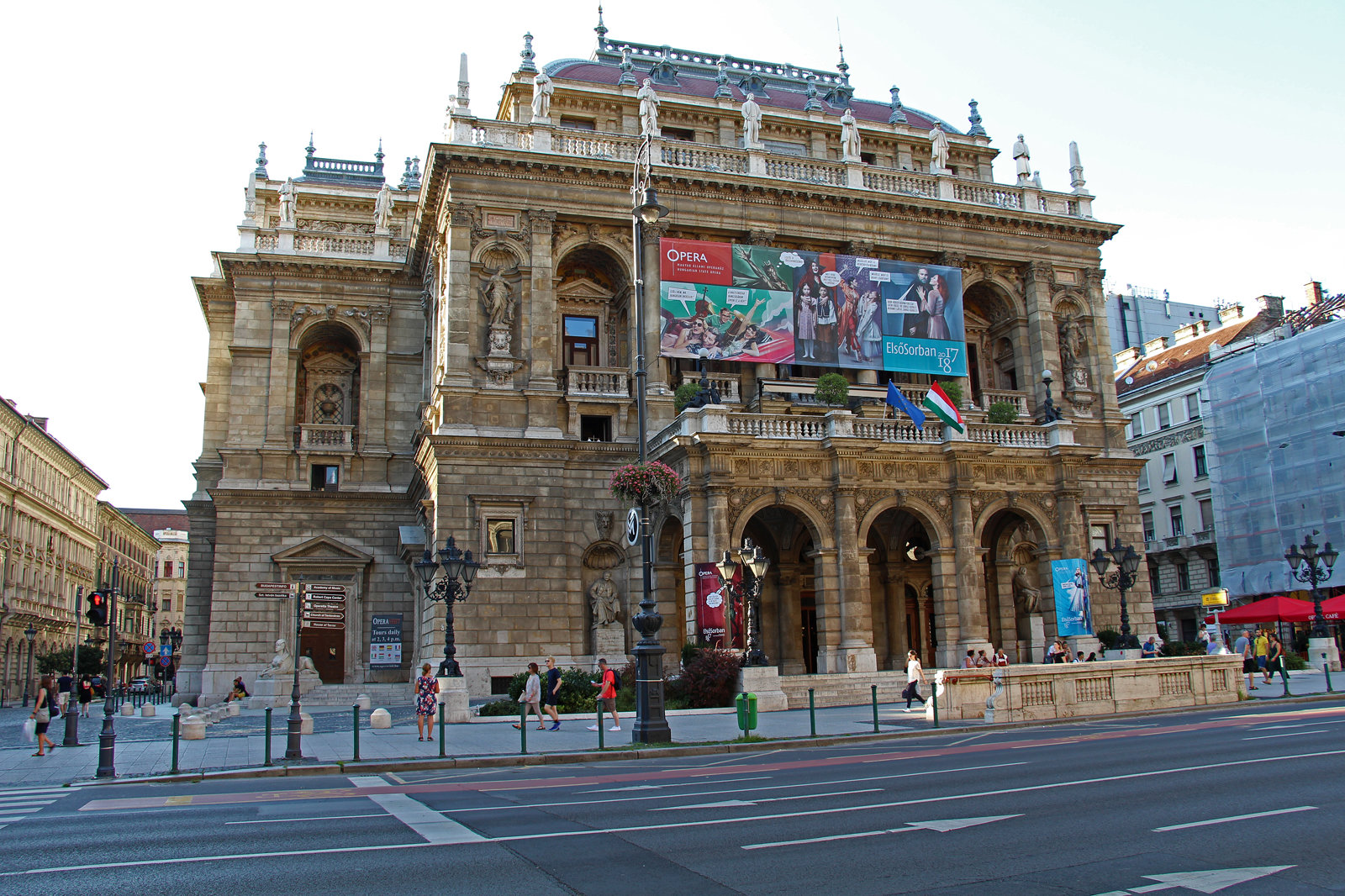 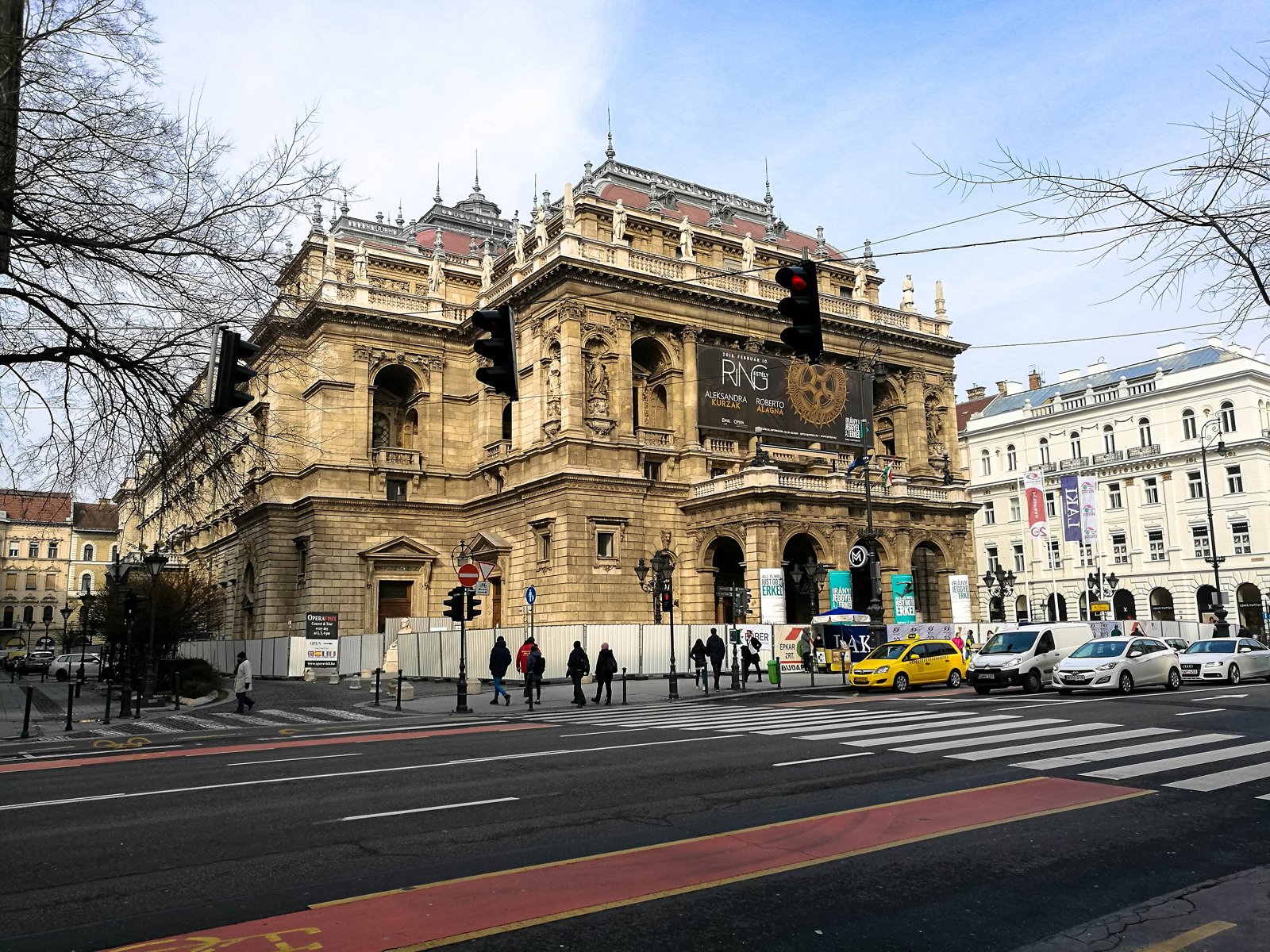 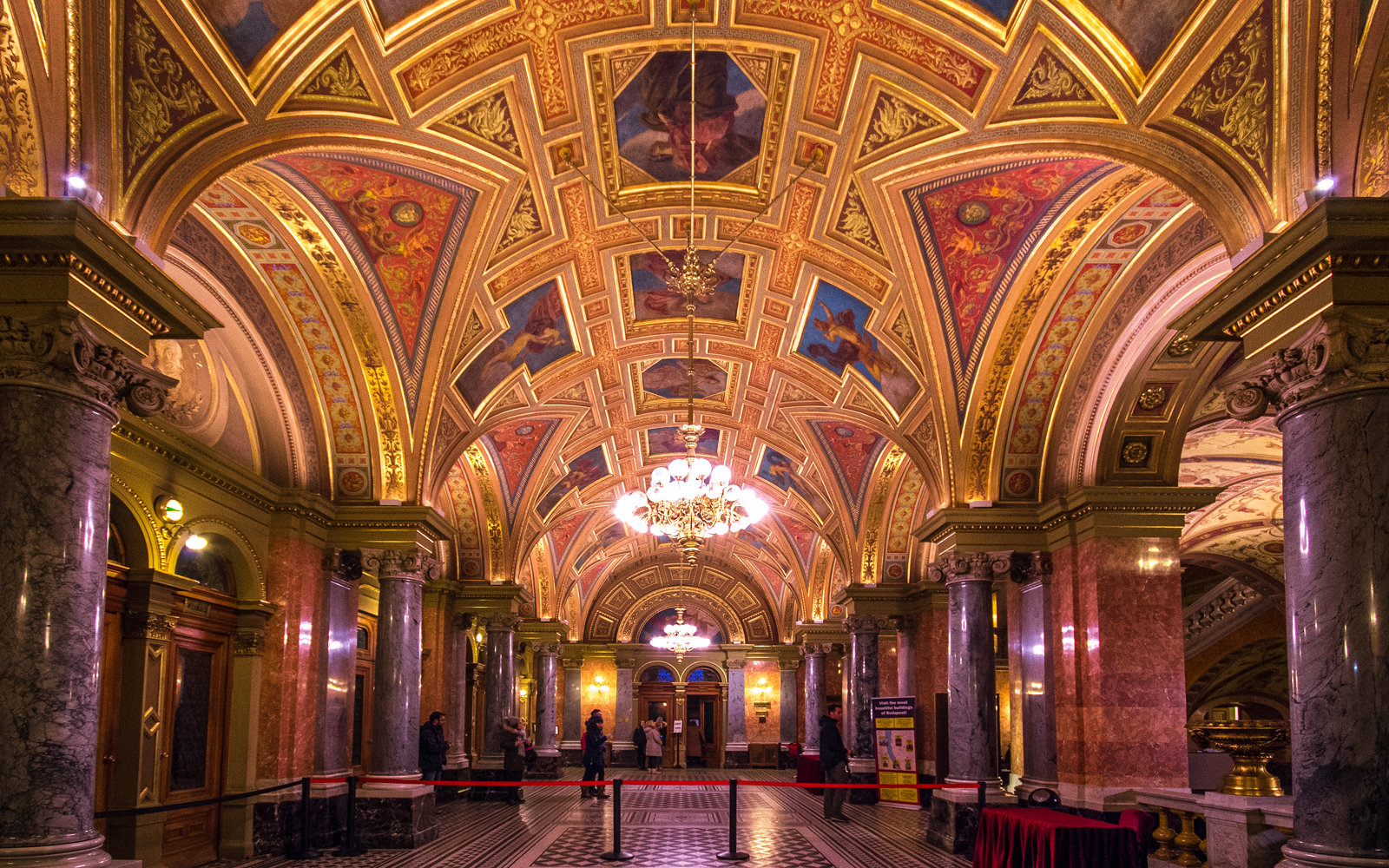 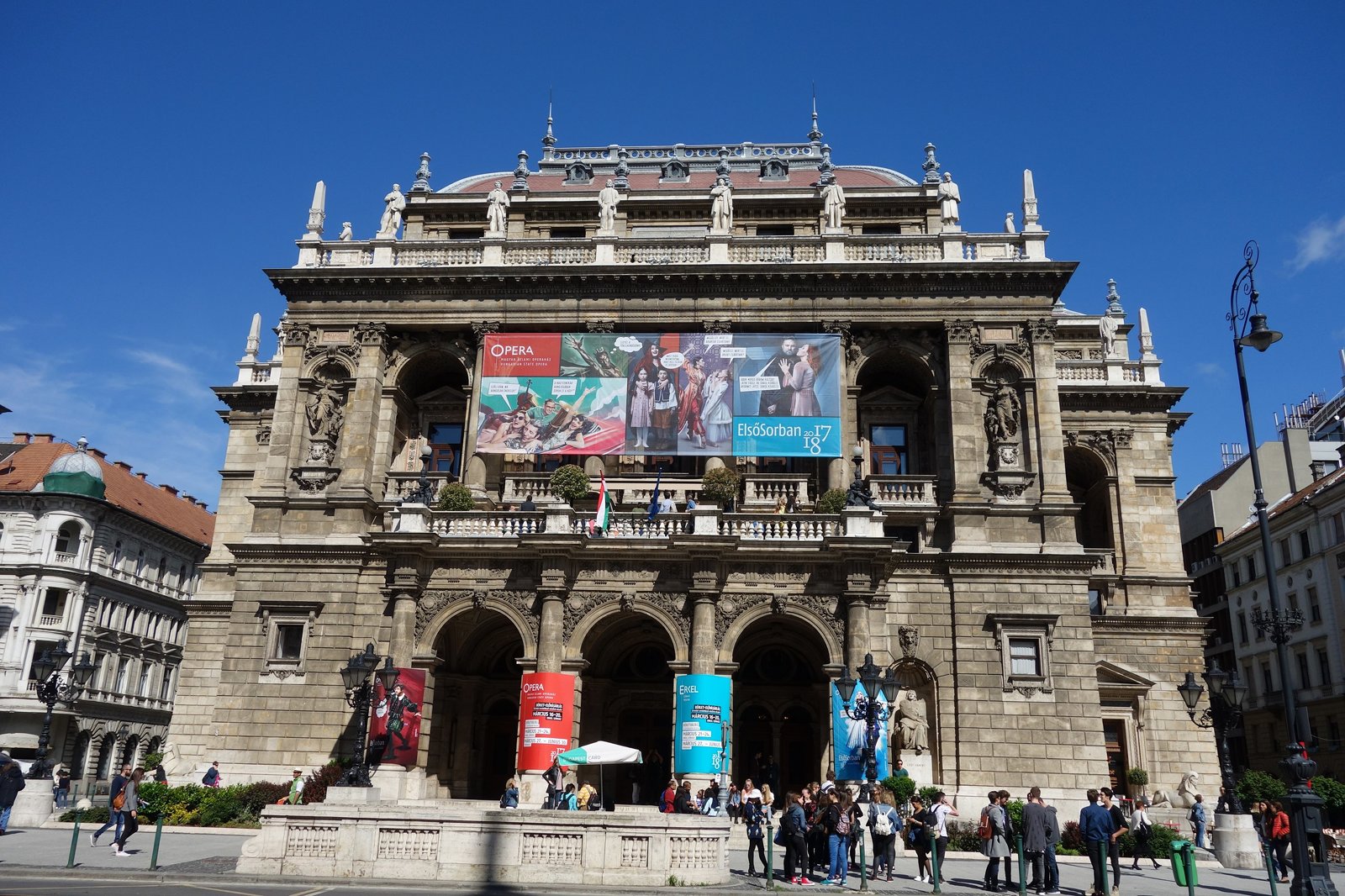 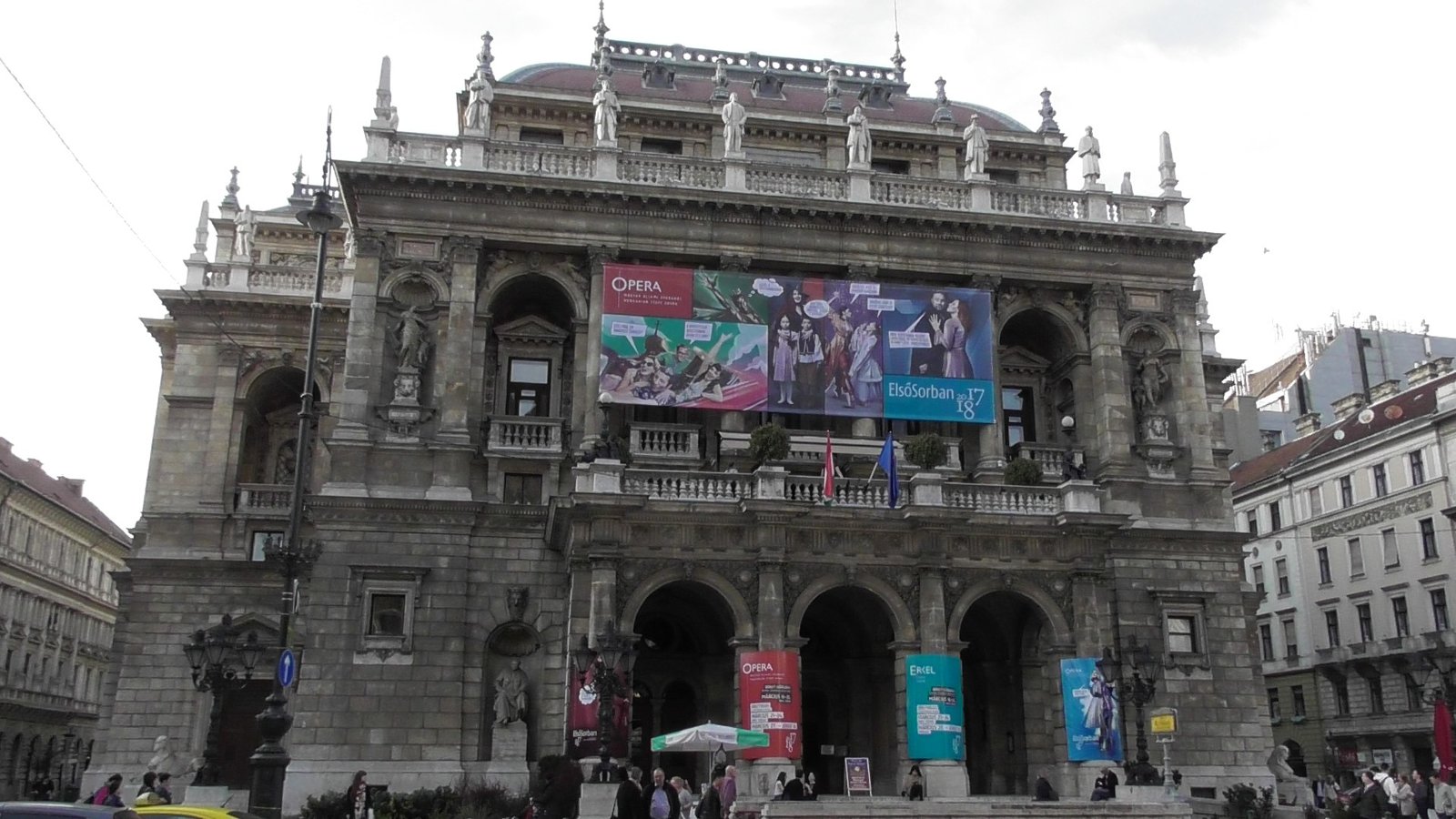 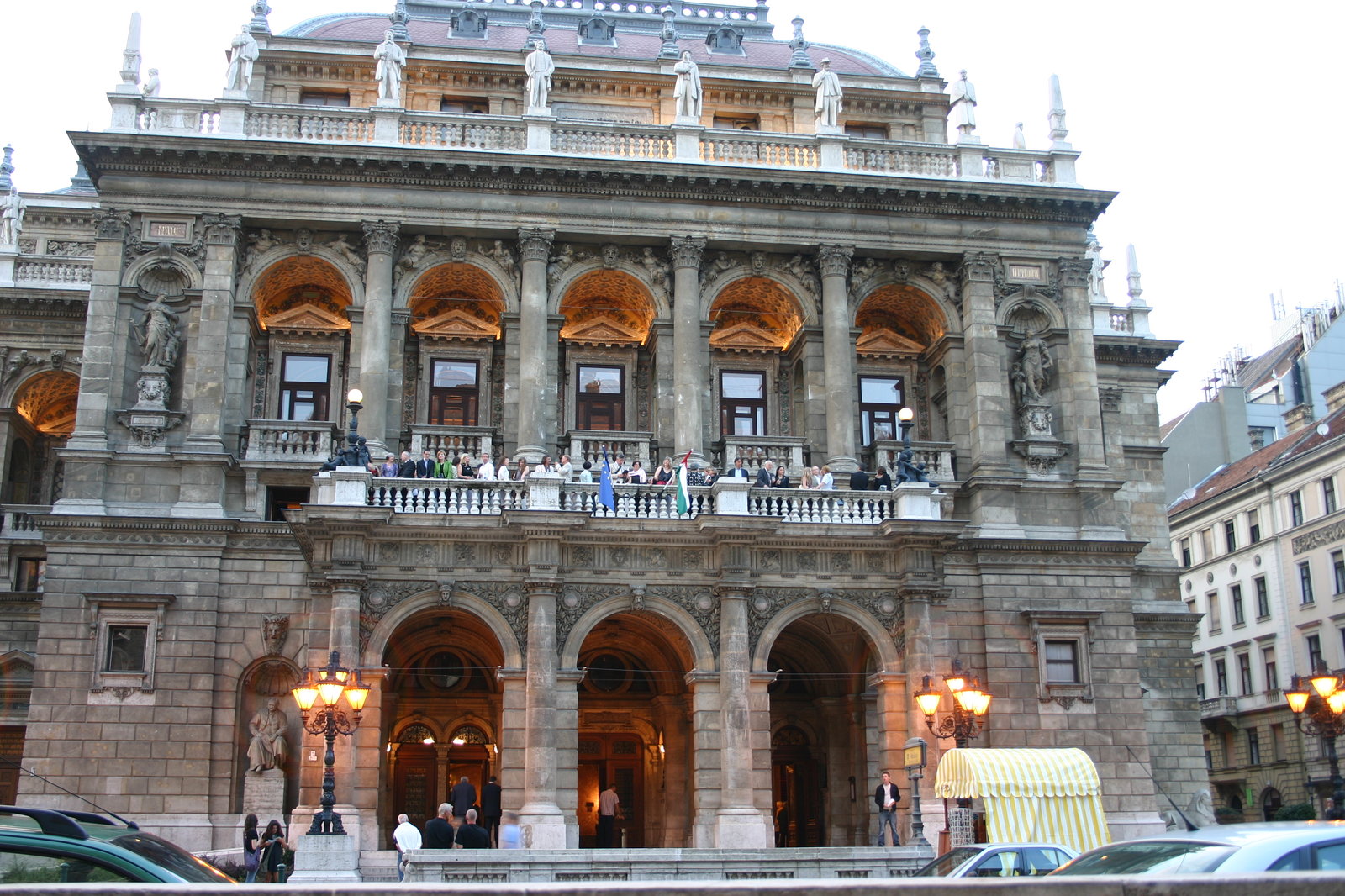 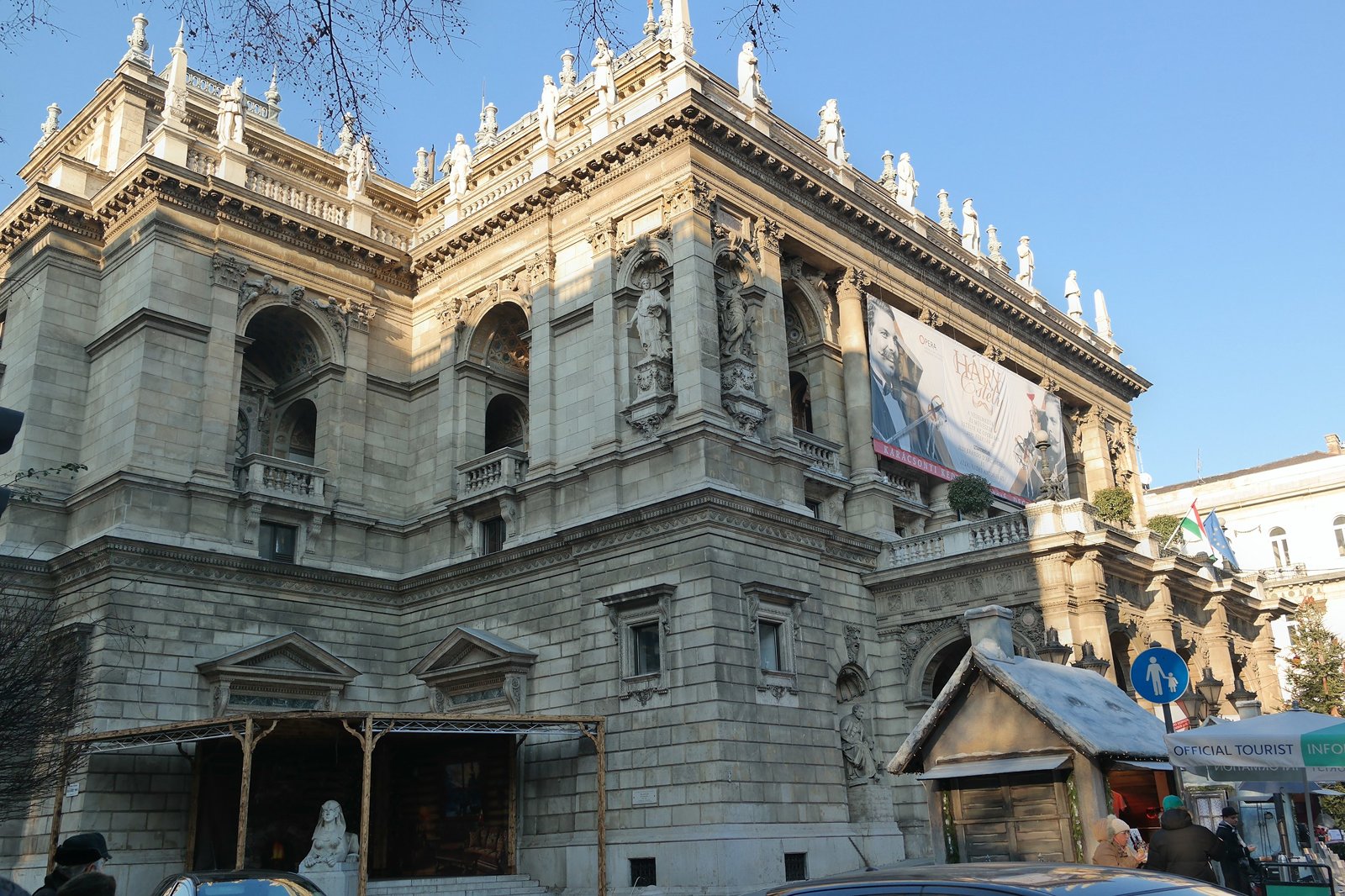 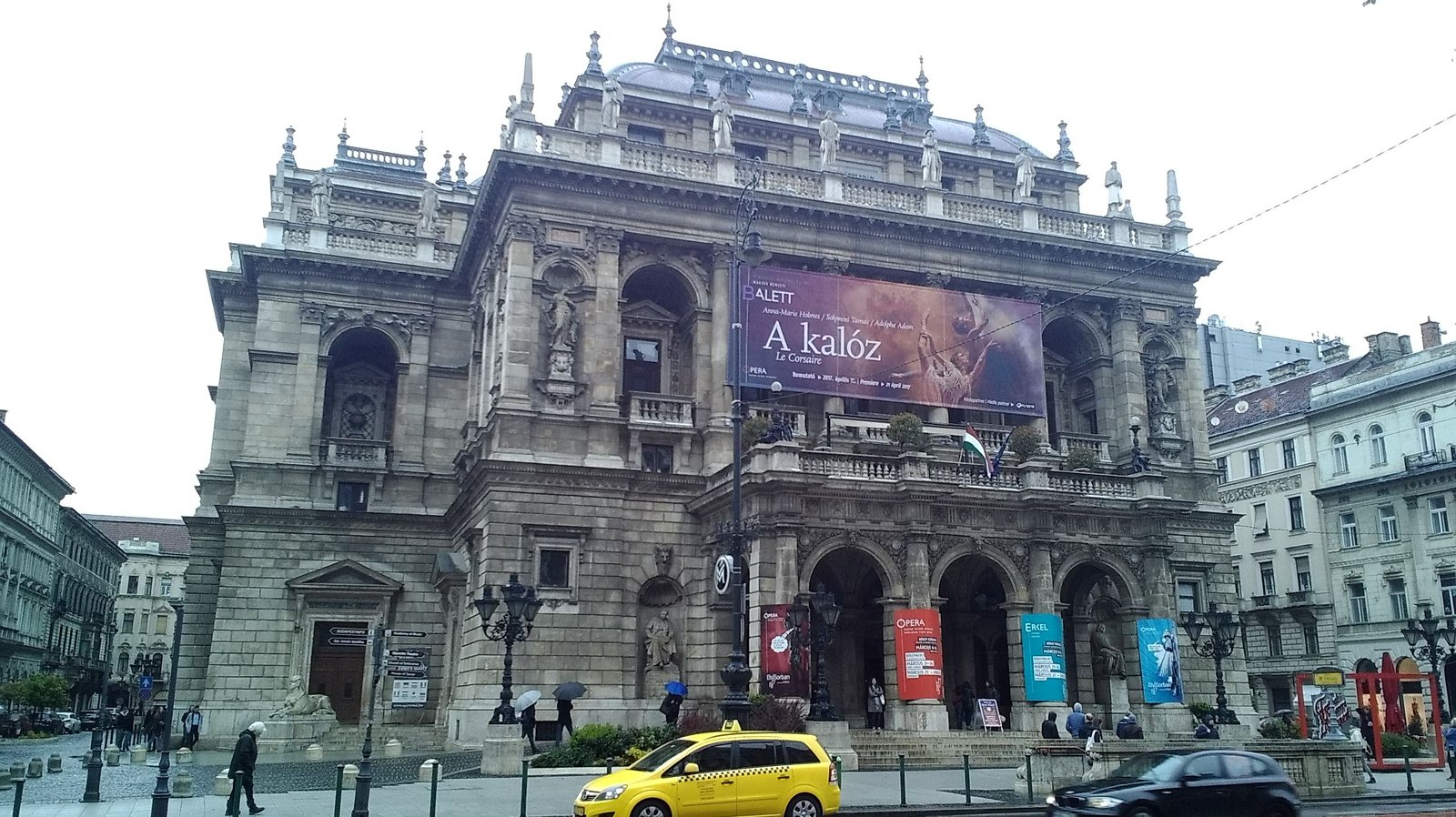 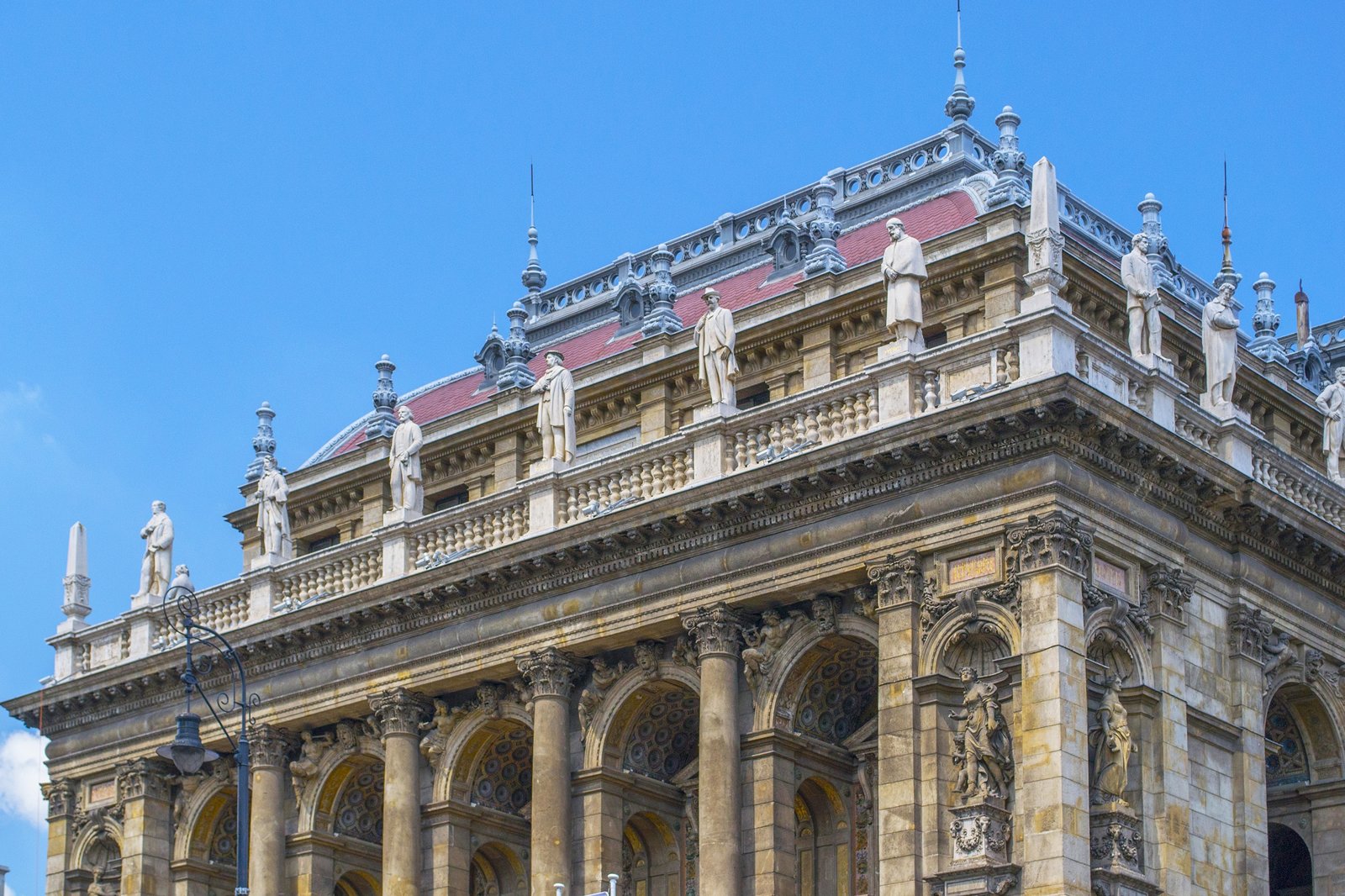 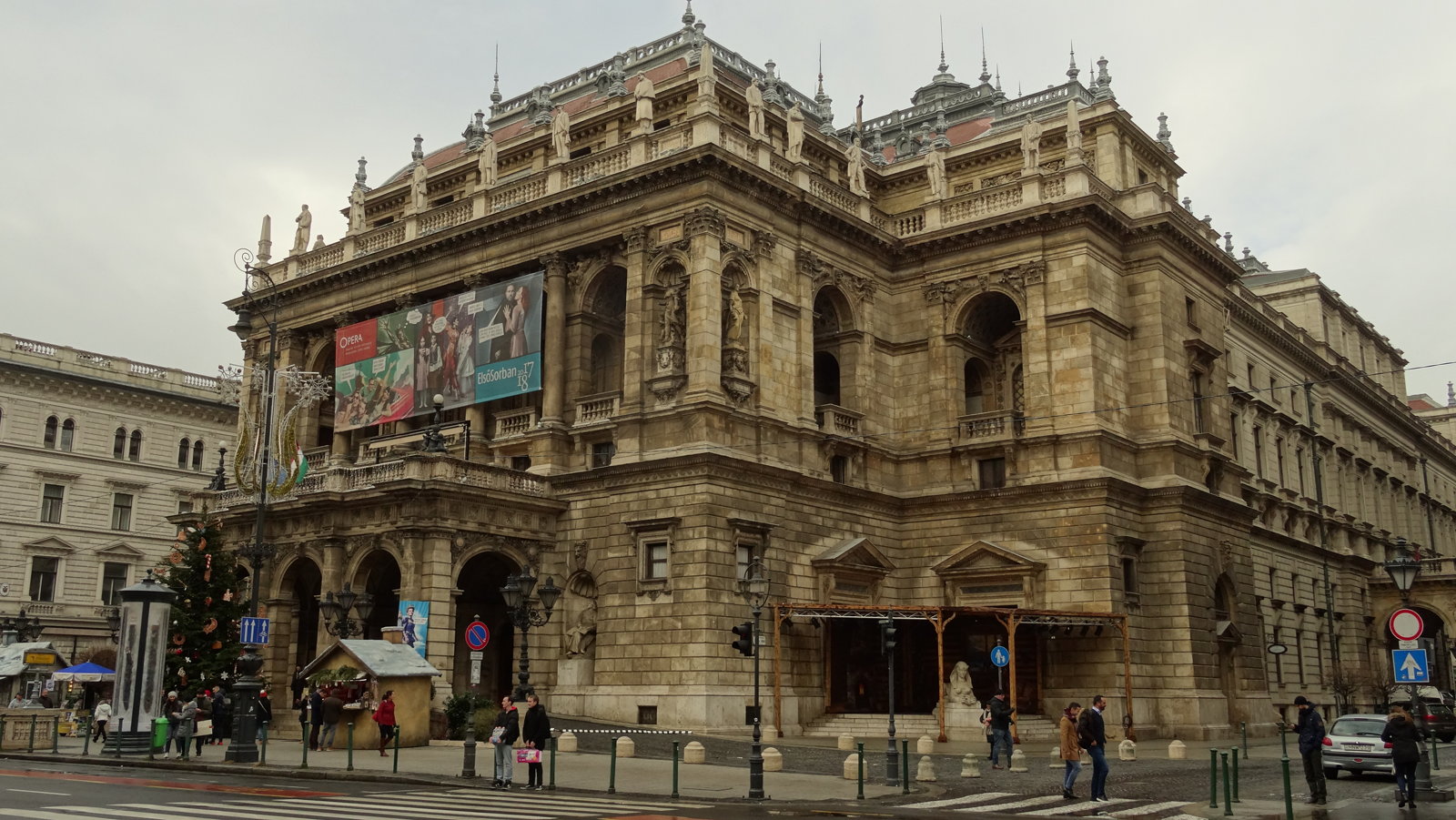 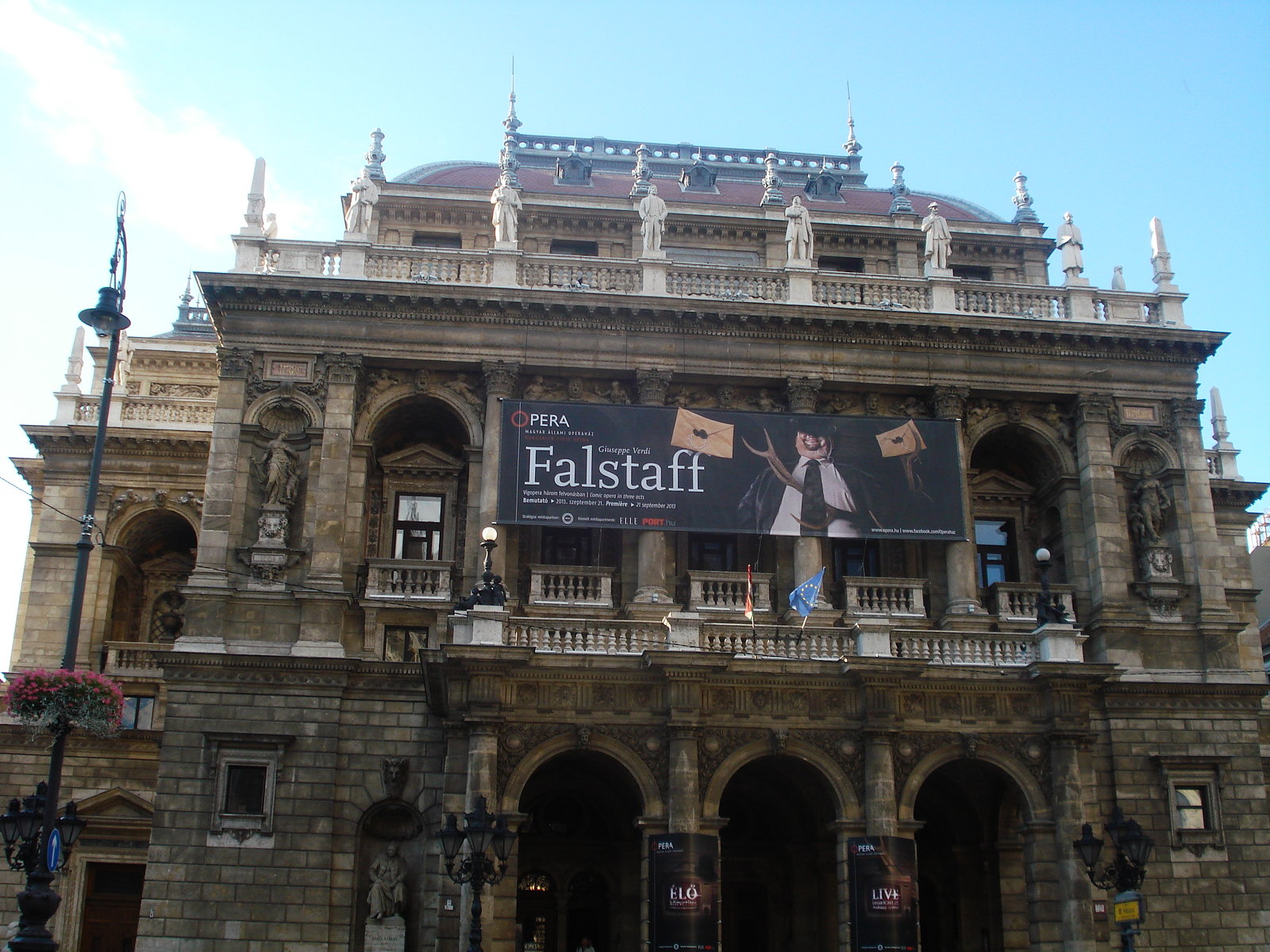