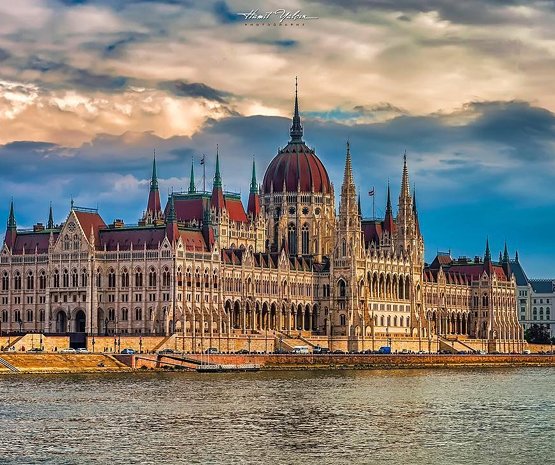 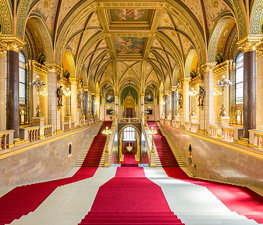 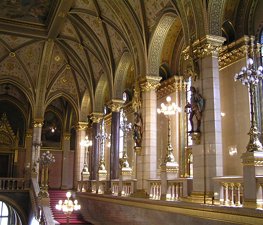 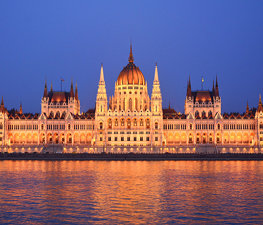 The Hungarian Parliament Building (magyar. Országház, Шаблон:IPA-hu, which translates to House of the Country or House of the Nation) is the seat of the National Assembly of Hungary, one of Europe's oldest legislative buildings, a notable landmark of Hungary and a popular tourist destination of Budapest. It lies in Lajos Kossuth Square, on the bank of the Danube. It is currently the largest building in Hungary and still the tallest building in Budapest.

Budapest was united from three cities in 1873 and seven years later the Diet resolved to establish a new, representative Parliament Building, expressing the sovereignty of the nation. An international competition was held, and Imre Steindl emerged as the victor; the plans of two other competitors were later also realized in the form of the Ethnographical Museum and the Hungarian Ministry of Agriculture, both of which face the Parliament Building. Construction from the winning plan was started in 1885 and the building was inaugurated on the 1000th anniversary of the country in 1896, and completed in 1904. (The architect of the building went blind before its completion.)

About one thousand people were involved in construction, during which 40 million bricks, half a million precious stones and Шаблон:Convert of gold were used. After World War II the legislature became unicameral and today the government uses only a small portion of the building. During the communist regime a red star perched on the top of the dome, but was removed in 1990. Mátyás Szűrös declared the Hungarian Republic from the balcony facing Lajos Kossuth Square on 23 October 1989.

The Parliament Building is in the Gothic Revival style; it has a symmetrical facade and a central dome. The dome is Renaissance Revival architecture. Also from inside the parliament is symmetrical and thus has two absolutely identical parliament halls out of which one is used for the politics, the other one is used for guided tours. It is Шаблон:Convert long and Шаблон:Convert wide. Its interior includes 10 courtyards, 13 passenger and freight elevators, 27 gates, 29 staircases and 691 rooms (including more than 200 offices). With its height of Шаблон:Convert, it is one of the two tallest buildings in Budapest, along with Saint Stephen's Basilica. The number 96 refers to the nation's millennium, 1896, and the conquest of the later Kingdom of Hungary in 896.

The main façade faces the River Danube, but the official main entrance is from the square in front of the building. Inside and outside, there are altogether 242 sculptures on the walls.

On the façade, statues of Hungarian rulers, Transylvanian leaders and famous military people are displayed. Over the windows, there are pictures of coats of arms of kings and dukes. The main entrance is the stairs located on the eastern side, bordered by two lions.

When entering the Parliament, visitors can walk up great ornamental stairs, see frescoes on the ceiling and pass by the bust of the creator, Imre Steindl, in a wall niche. Other statues include those of Árpád, Stephen I and John Hunyadi.

One of the famous parts of the building is the hexadecagonal (sixteen-sided) central hall, with huge chambers adjoining it: the Lower House and the Upper House. The modern National Assembly is unicameral and meets in the Lower House, while the Upper House is used as a conference and meeting room. The Holy Crown of Hungary, which is also depicted in the coat of arms of Hungary, has been displayed in the central hall since 2000.

Further features include the stained glass and glass mosaic paintings by Miksa Róth.

Due to its extensive surface and its detailed handiwork, the building is almost always under renovation.

During the Communist regime, the government added a large red star to the central steeple at the dome of the building, but after its downfall, the star was removed from the steeple.

Шаблон:Main The Parliament is accessible with Line 2 of the Budapest Metro, from the Lajos Kossuth Square station. In front of the building a 1956 Hungarian Revolution memorial is to be found, as well as the imposing Kossuth Memorial and the equestrian statue of Francis II Rákóczi. There is also a sitting statue of Attila József at the side of the Parliament building, as described in his poem By the Danube. Martyrs' Square (Vértanúk tere) is immediately adjacent to Kossuth Square, with a statue of Imre Nagy.

Sunset Over the Danube River and the Parliament, Budapest May 2017 — leonyaakov @ Flickr

Daniel Carrera
Amazing building during the day, impressive to watch during the night, the tallest building in Budapest. Many parts of it’s interior are made with gold, here you´ll find the Hungarian crown

Fluying ✅
Top notch building in Hungary, a neo-gothic palace with neo-Renaissance dome. Built for the 1000 yr anniversary of the Hungarians in 1896 (but finished in 1902). Best views at sunset across the Danube

Artyom Fedosov
The most beautiful government building I've ever seen. Made in neogothic style, it looks stunning both day and night time. But admission fee is frustrating: 20 € (non-EU) for 30 min with a group tour.

Nikka
Architectonical monument of whole Budapest- it's so huge that you can see its part quite from all parts of the city.Below it's a riverwalk path,from which you can take snaps of it,especially at night.

Chris Giapitzis-Papandreou
Beautiful building, day and night. Not sure if the indoor tour is actually worth it but in any case it's not expensive so go for it if you are a politics/history "junkie"

Ariana Voyer
To view the beautiful architecture and enjoy the setting, try going on a Sunday morning. I went around 10:30 and hardly any tourists had arrived yet. Lovely!
Load more comments
foursquare.com
9.0/10
Roman Bikbaev, Dan S. and 110,376 more people have been here
I've been here
Add to wishlist

Kossuth Memorial is an imposing statue of former Hungarian

The Ethnographic Museum (Hungarian: Néprajzi Múzeum) is a national m

The Shoes on the Danube Promenade is a memorial concept by 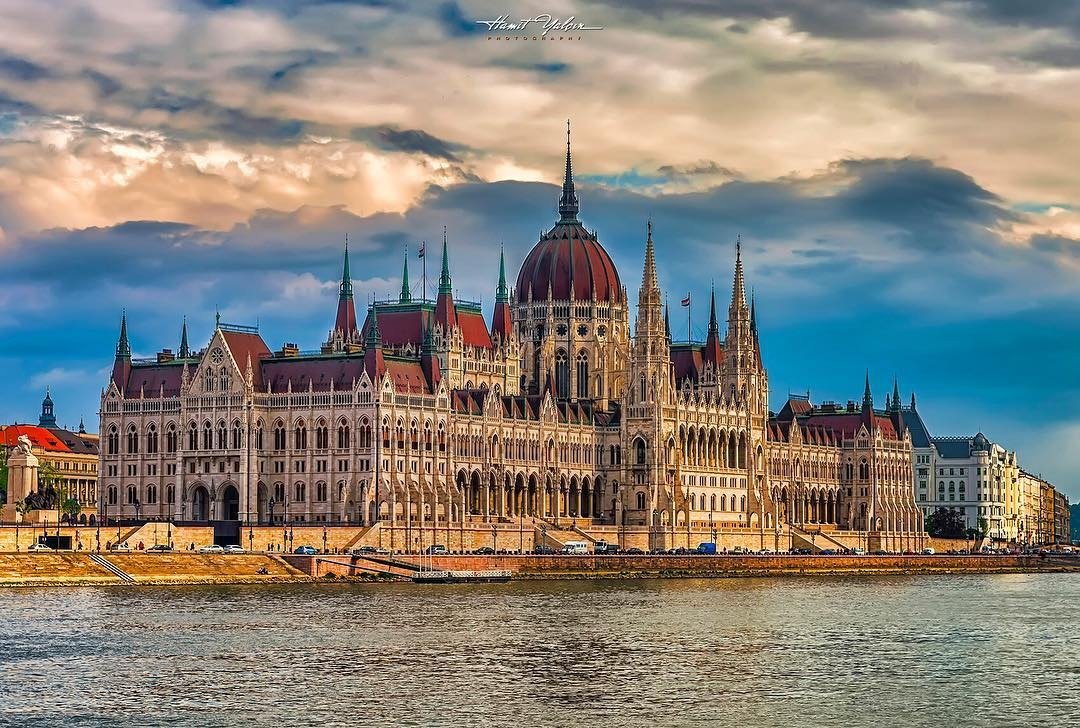 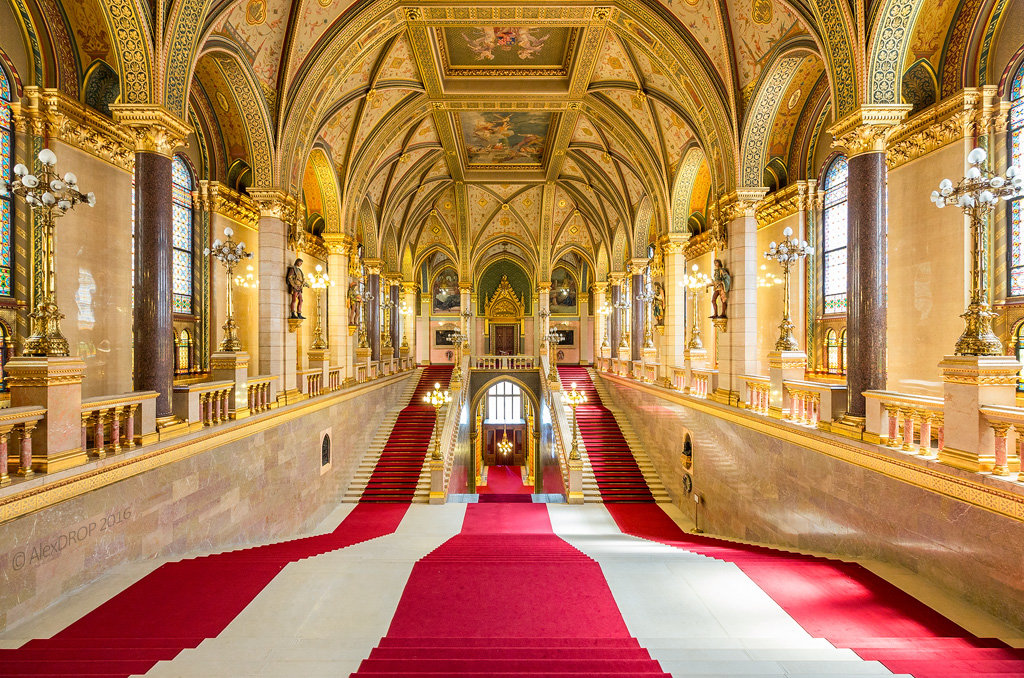 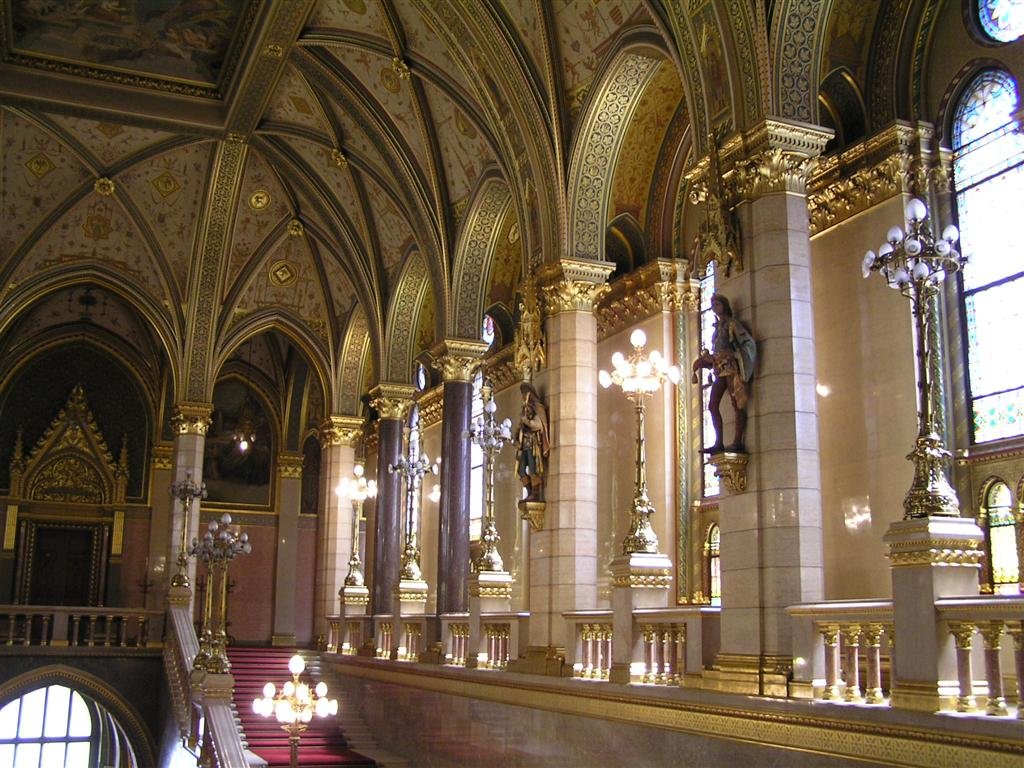 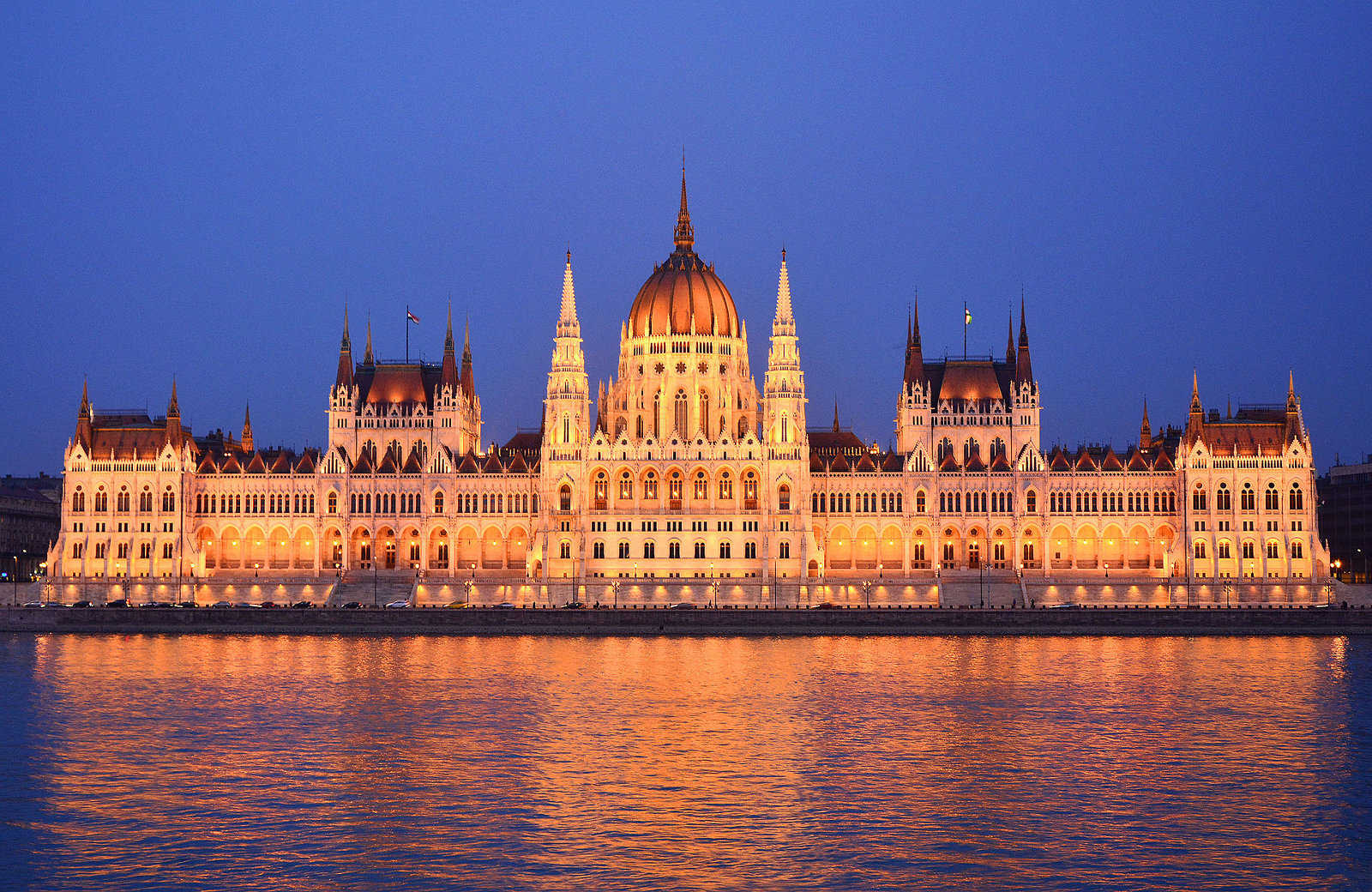 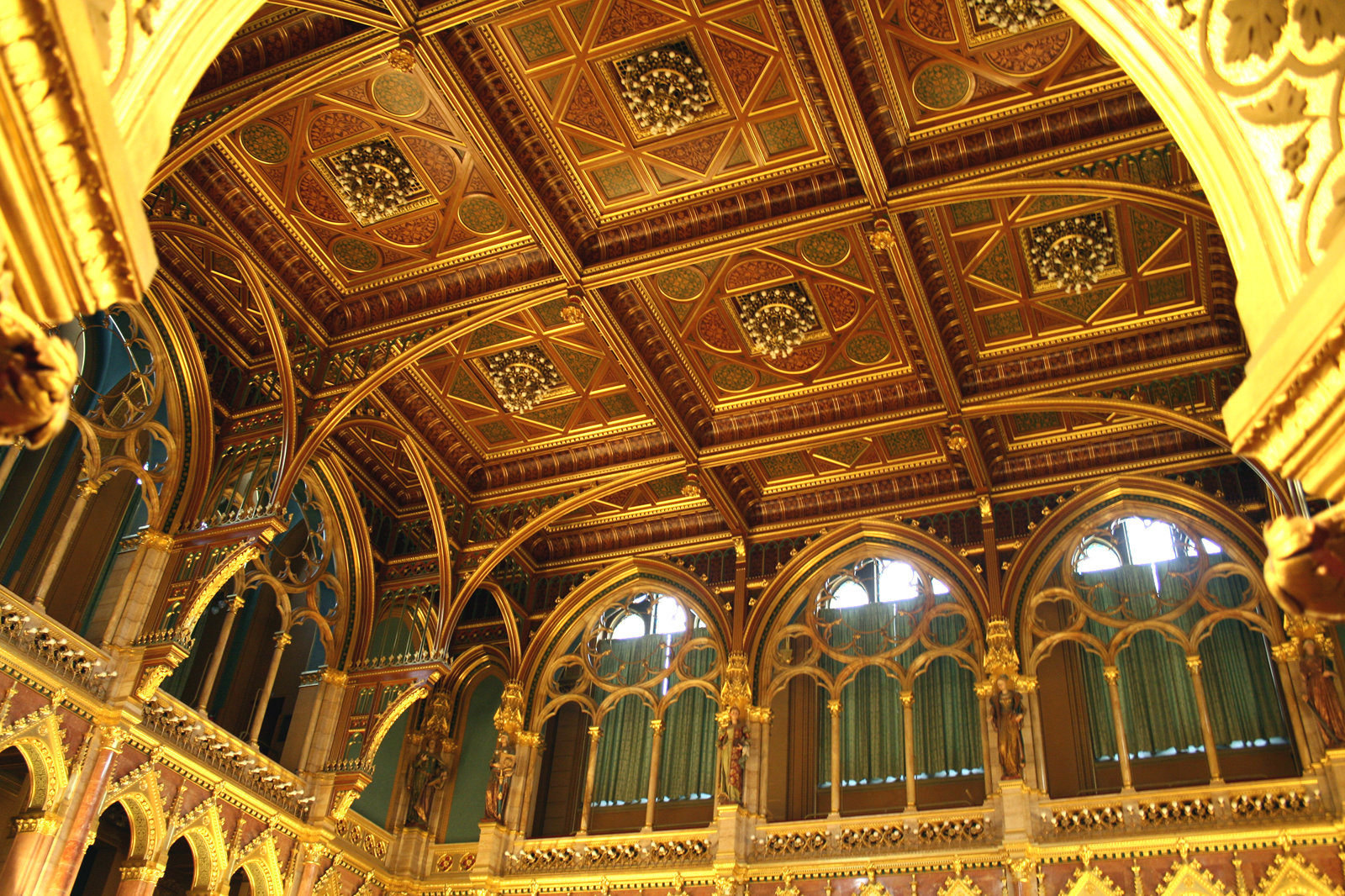 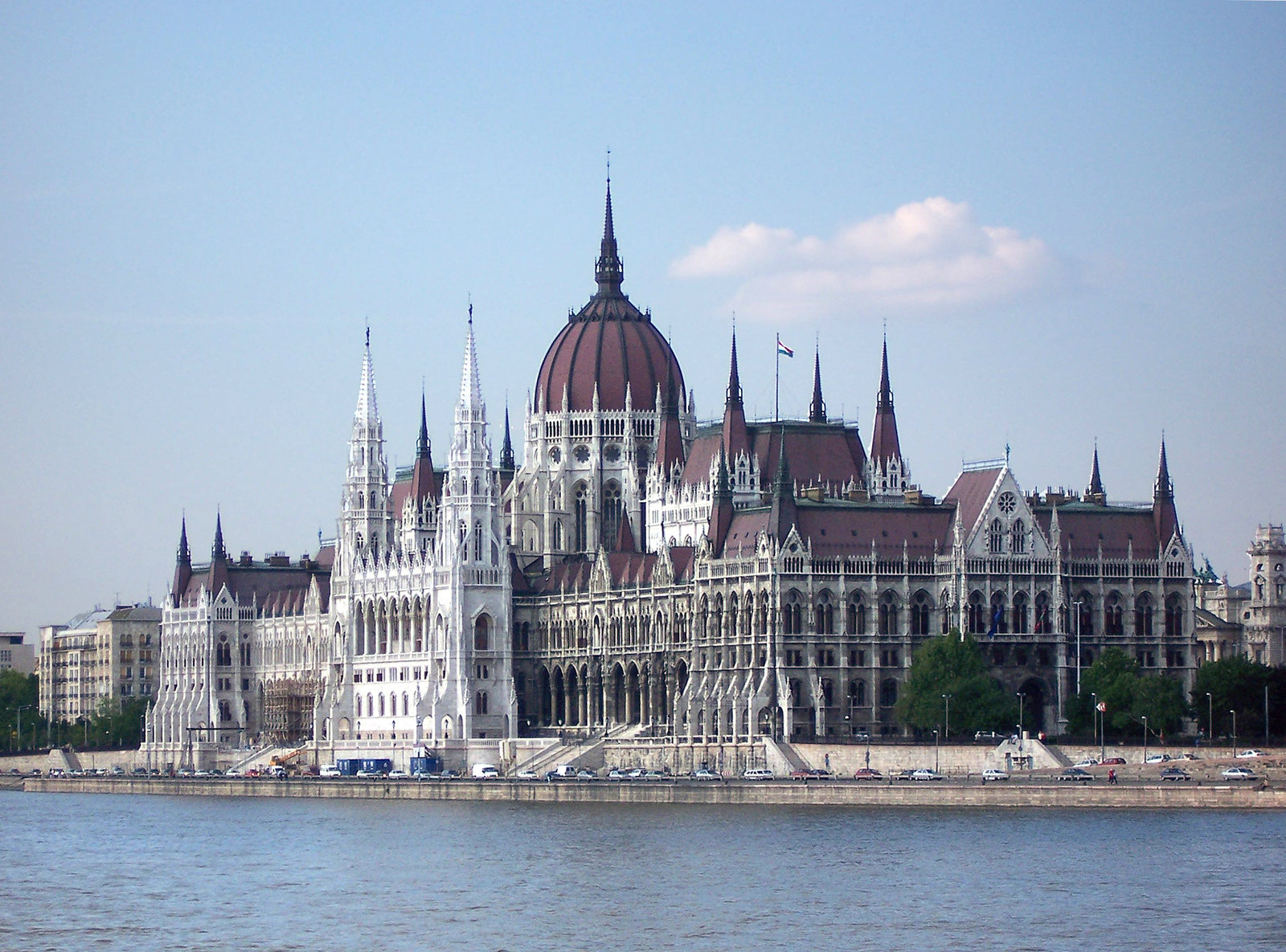 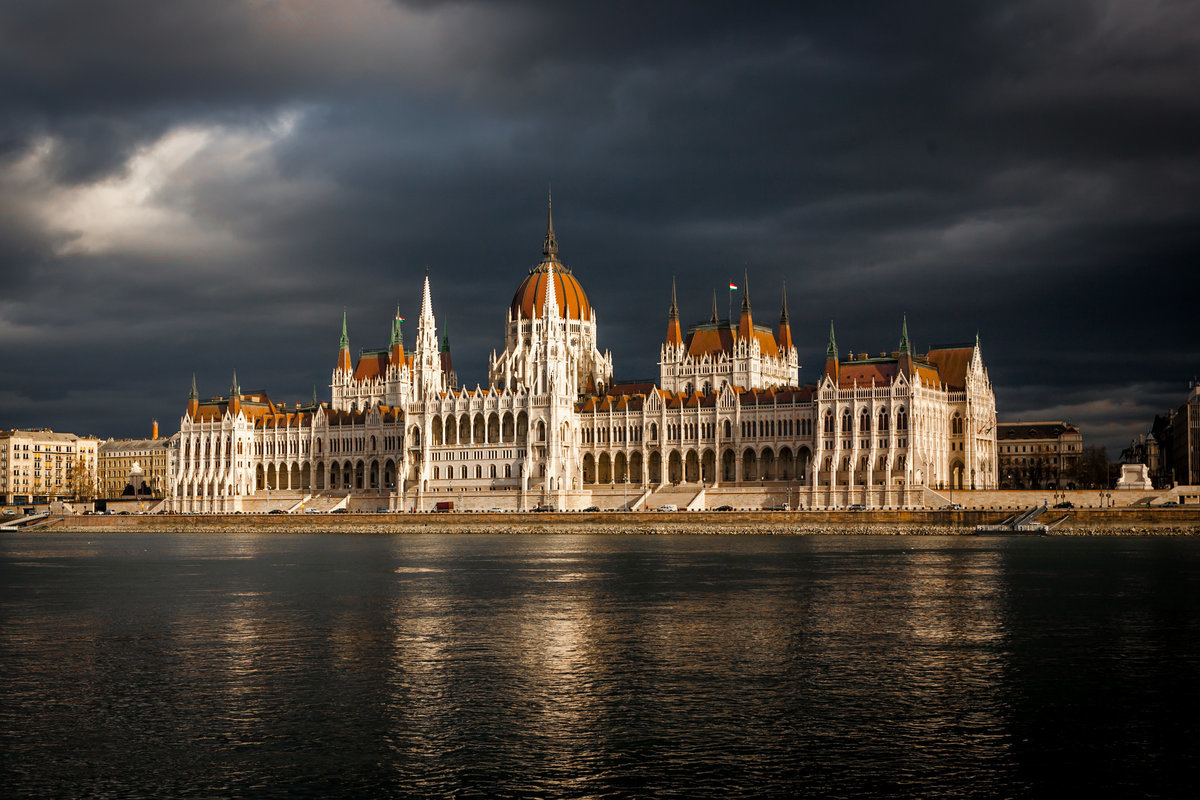 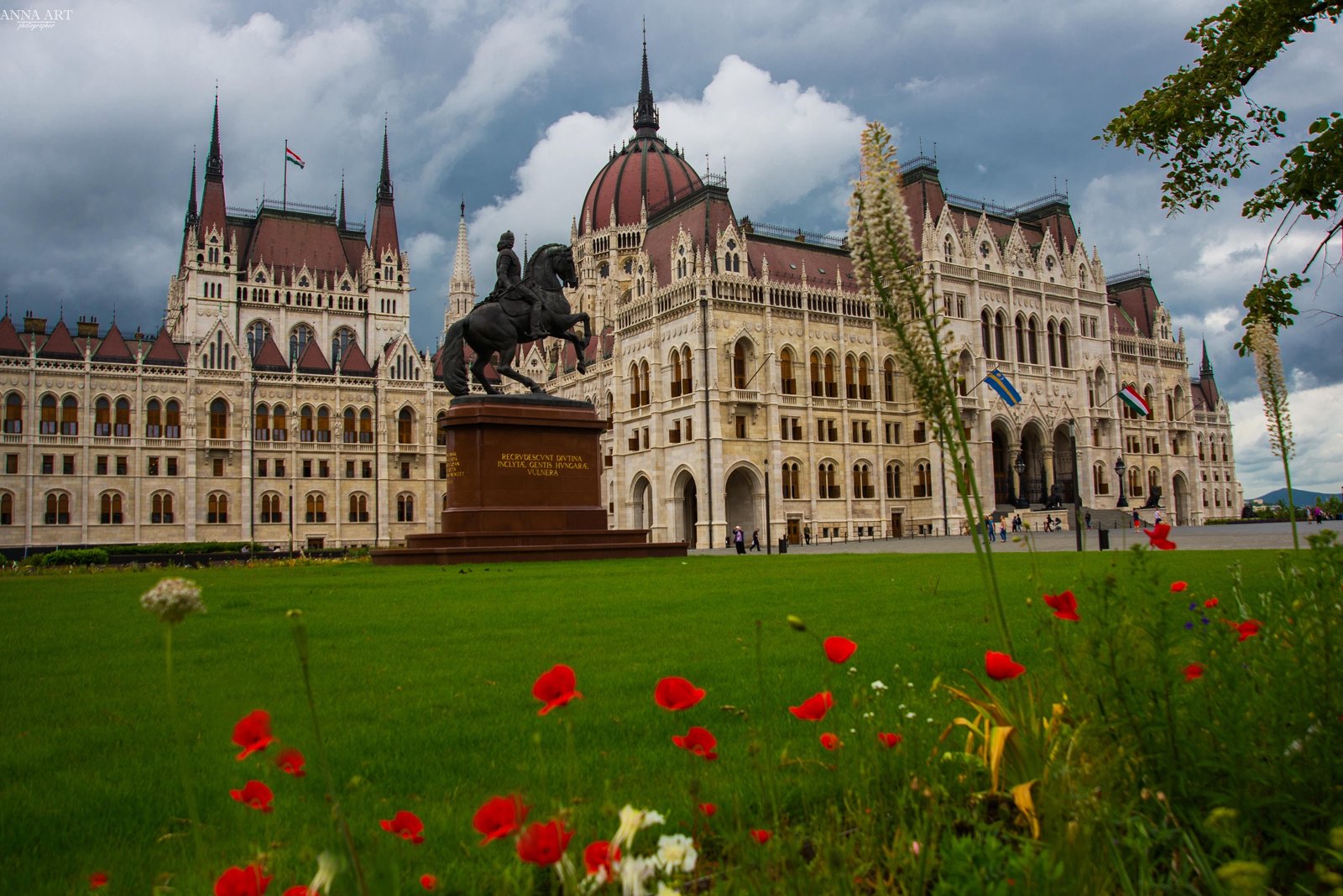 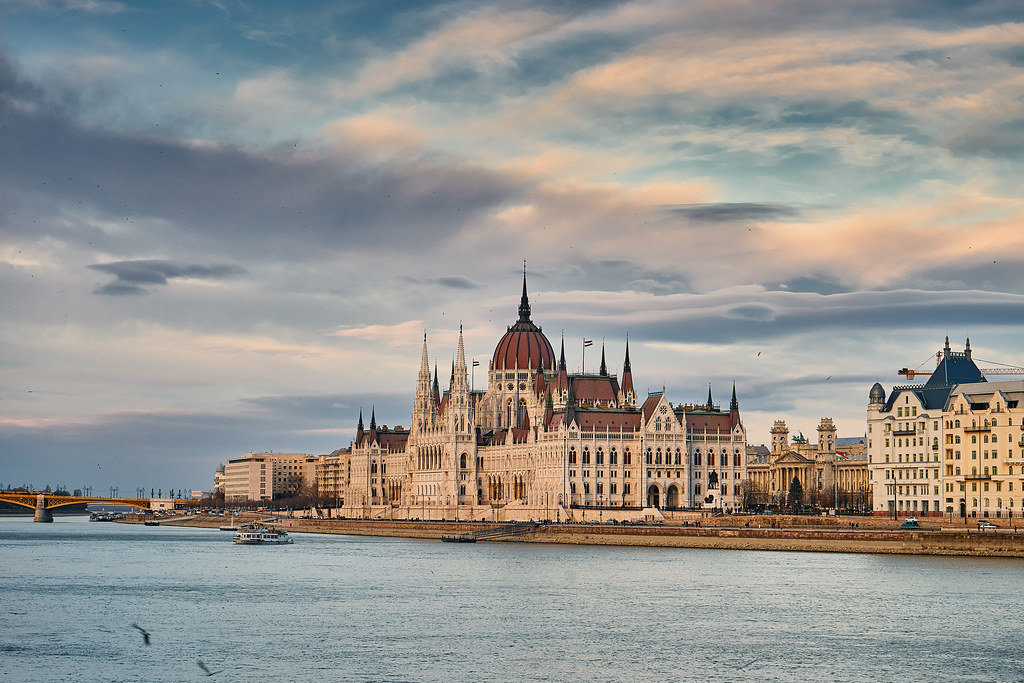 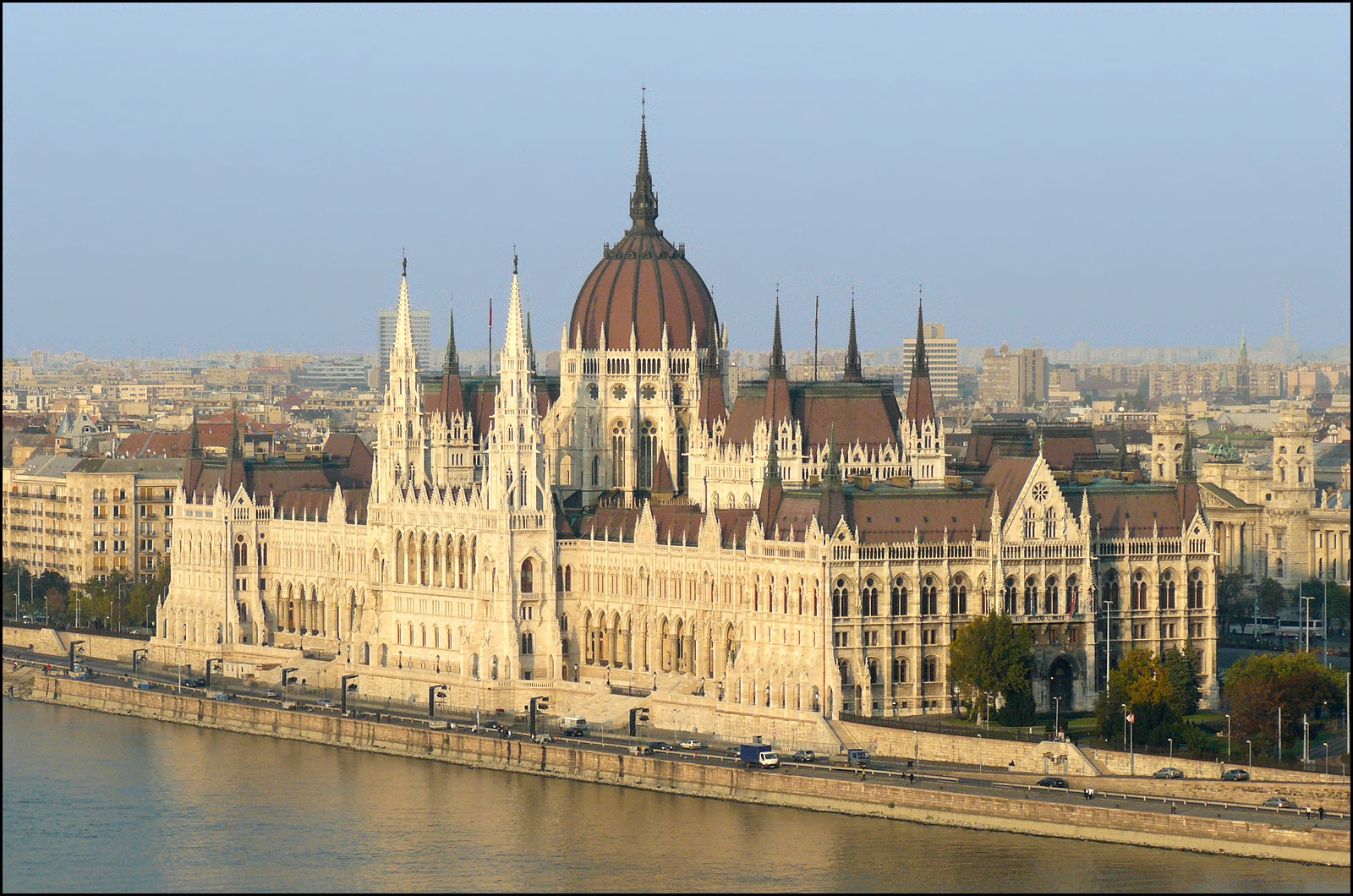 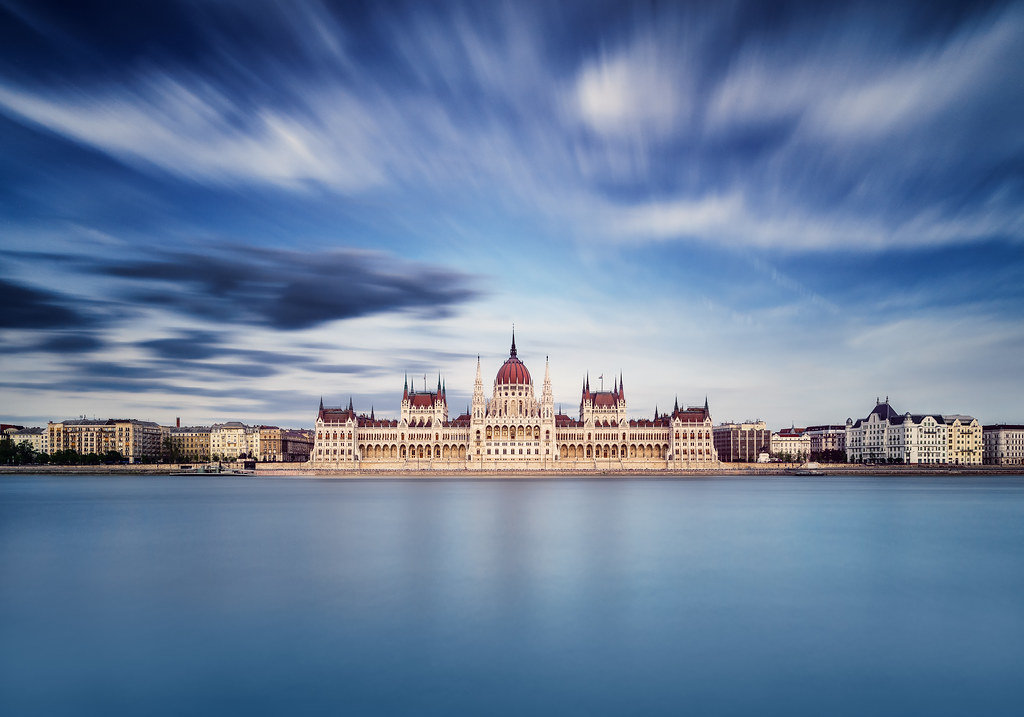 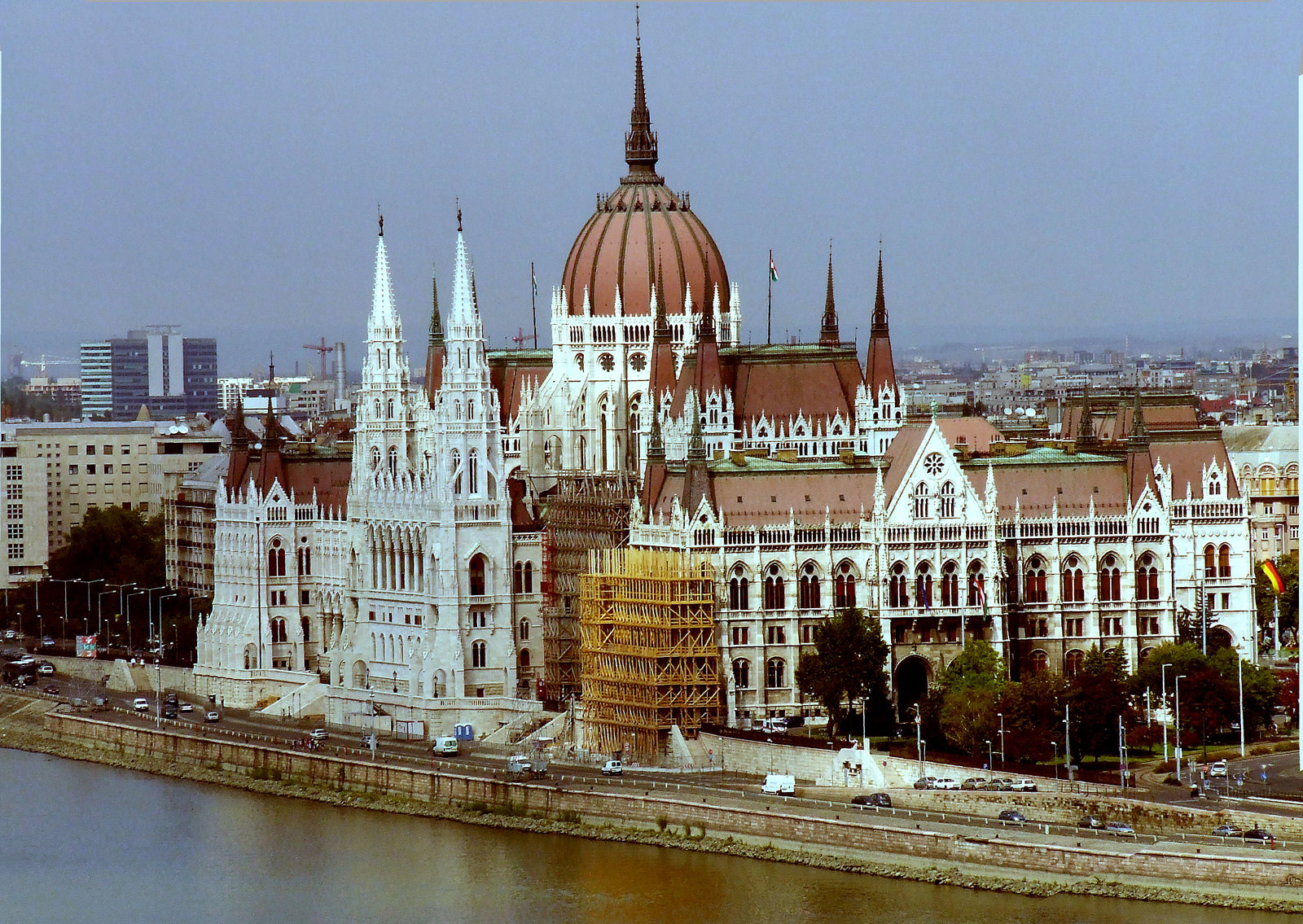 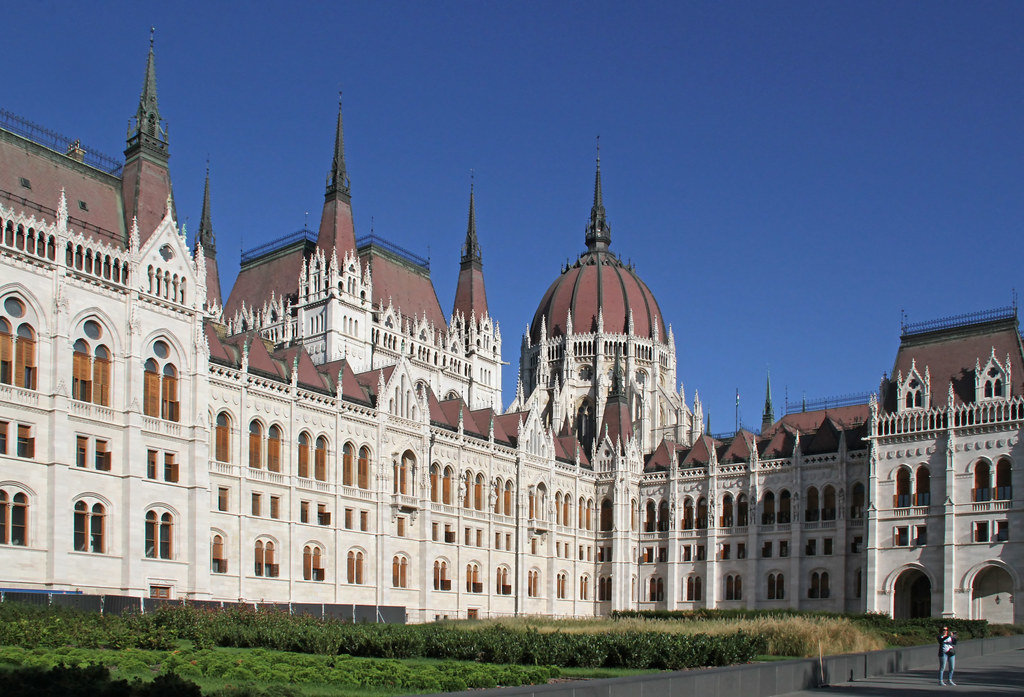 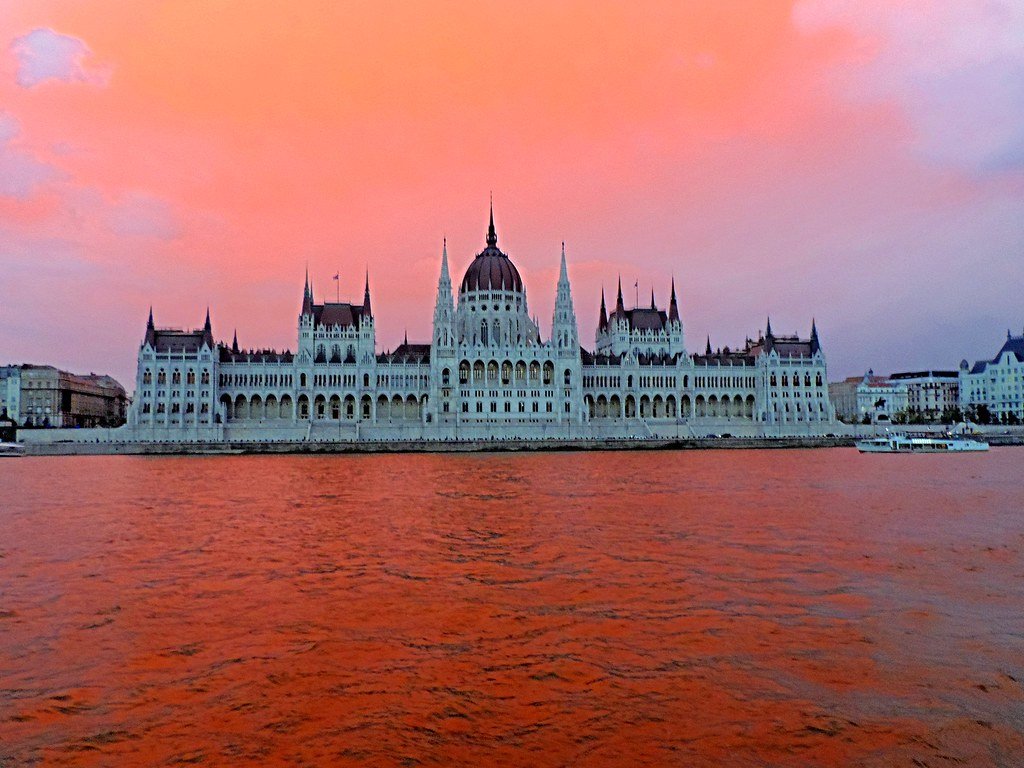