×
What are you looking for?
See all results
Castles in Hirado 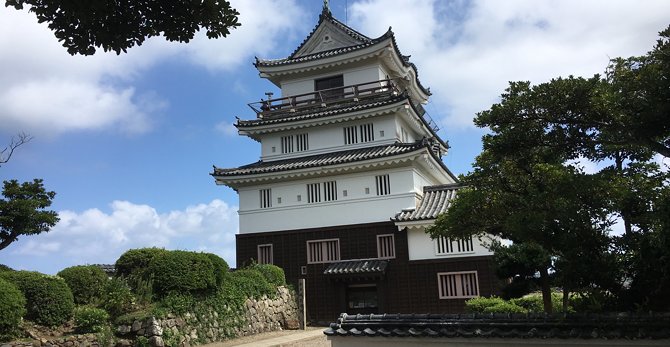 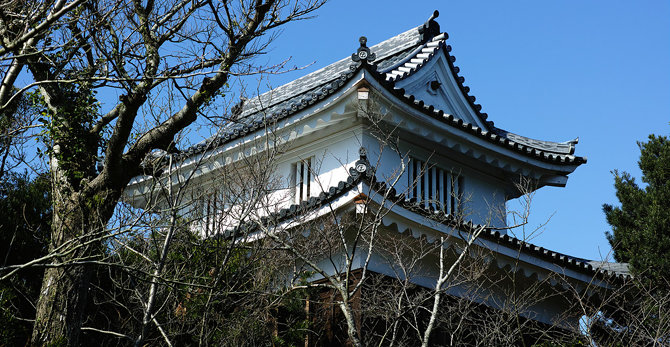 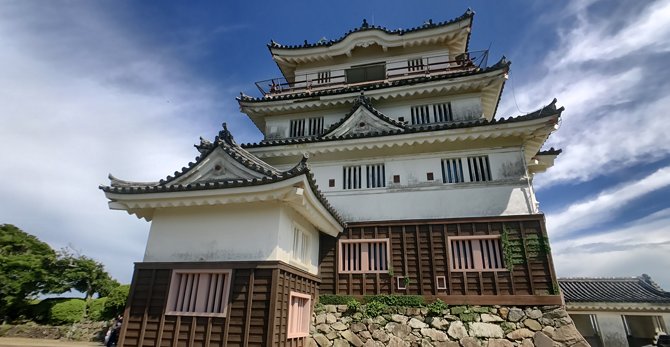 Hirado CastleШаблон:Nihongo was the seat of the Matsuura clan, the daimyo of Hirado Domain, of Hizen province, Kyūshū. It is located in present-day Hirado city Nagasaki prefecture, Japan. It was also known as Шаблон:Nihongo.

After Toyotomi Hideyoshi’s successful conquest of Kyūshū, local warlord Matsuura Shigenobu was granted Hirado County and the Oki Islands to be his domain. During the Japanese invasions of Korea, Hirado was a forward base of operations for Japanese forces. In 1599, Matsuura Shigenobu erected a castle called Hinotake-jō on the site of the present-day Hirado Castle. However, he burned the castle down himself in 1613, as a gesture of loyalty towards Shōgun Tokugawa Ieyasu, having served in the losing Toyotomi side during the Battle of Sekigahara. In return, he was allowed to retain his position as daimyō of Hirado Domain under the Tokugawa bakufu.

The present Hirado Castle was constructed in 1704 by order of the 4th daimyō of Hirado domain, Matsuura Takashi with the assistance of the Tokugawa shogunate to be the keystone in seaward defenses of Japan in the East China Sea region, now that the country had implemented a policy of national seclusion against western traders and missionaries. The design was partly influenced by the theories of the military strategist Yamaga Soko. The new construction was completed in 1718, and the castle remained home to the Matsuura daimyō until the Meiji Restoration of 1868.

In 1871, with the abolition of the han system, all structures of Hirado Castle were dismantled, with the exception of the northern gate, a yagura and the moat, and the grounds turned into Kameoka Park, with a Shinto shrine dedicated to the spirits of the successive generations of the Matsuura daimyō. The former residence of the final daimyō, Matsuura Akira was turned into a local history museum.

In 1962, four yagura, the earthen walls, and the donjon were reconstructed. The modern donjon is a five-story ferroconcrete structure, and contains a museum with artifacts of the Matsuura clan. One of these artifacts is a 93-cm long including a Japanese sword (tachi) dating from the Asuka period, which legend states was carried by a general during the time of Empress Jingu’s invasion of Korea. An heirloom of the Matsuura clan, it is now owned by Matsuura Shrine and is classed as a National Important Cultural Property (ICP).

Matthew C
Stop here and see a restored version of what the first Europeans to arrive did. From the walls, you can see the restored Dutch warehouse before they moved to Nagasaki.

The Шаблон:Nihongo is a suspension bridge in Nagasaki Prefe

The Sasebo Zoological Park and Botanical 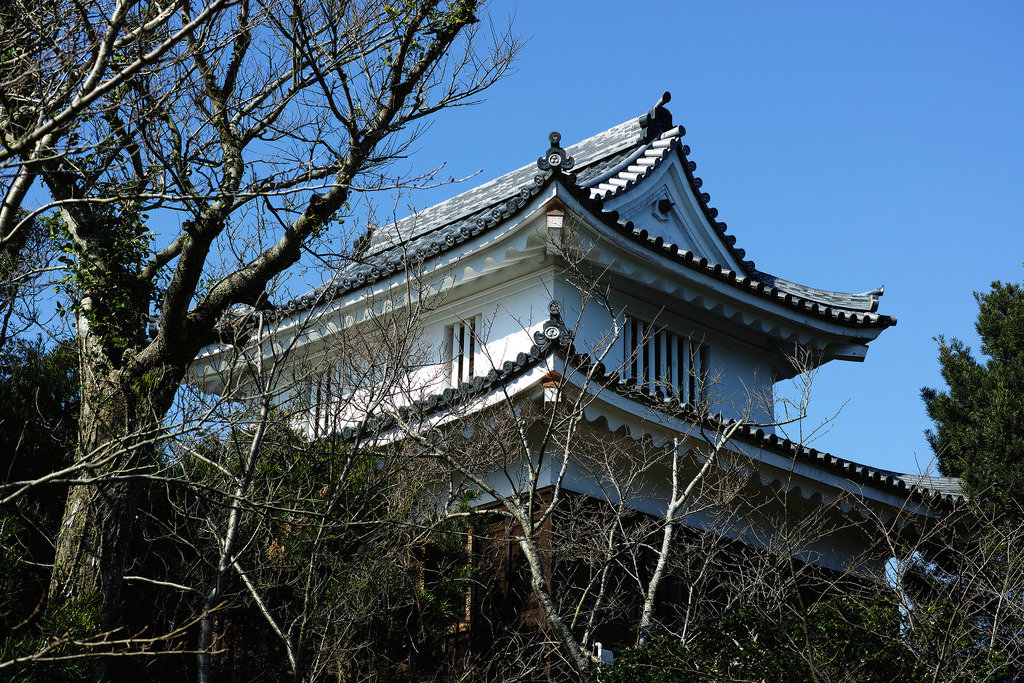 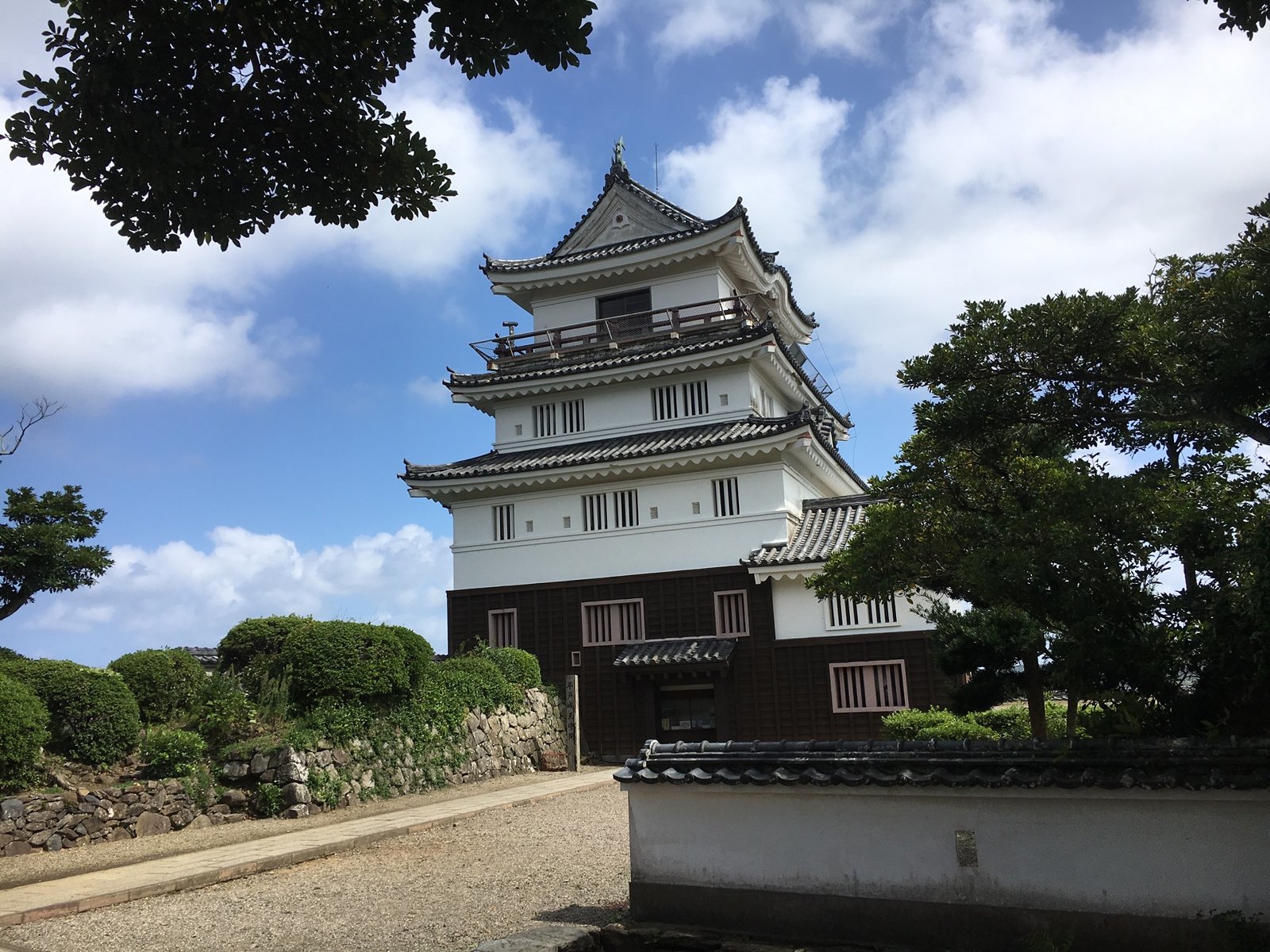 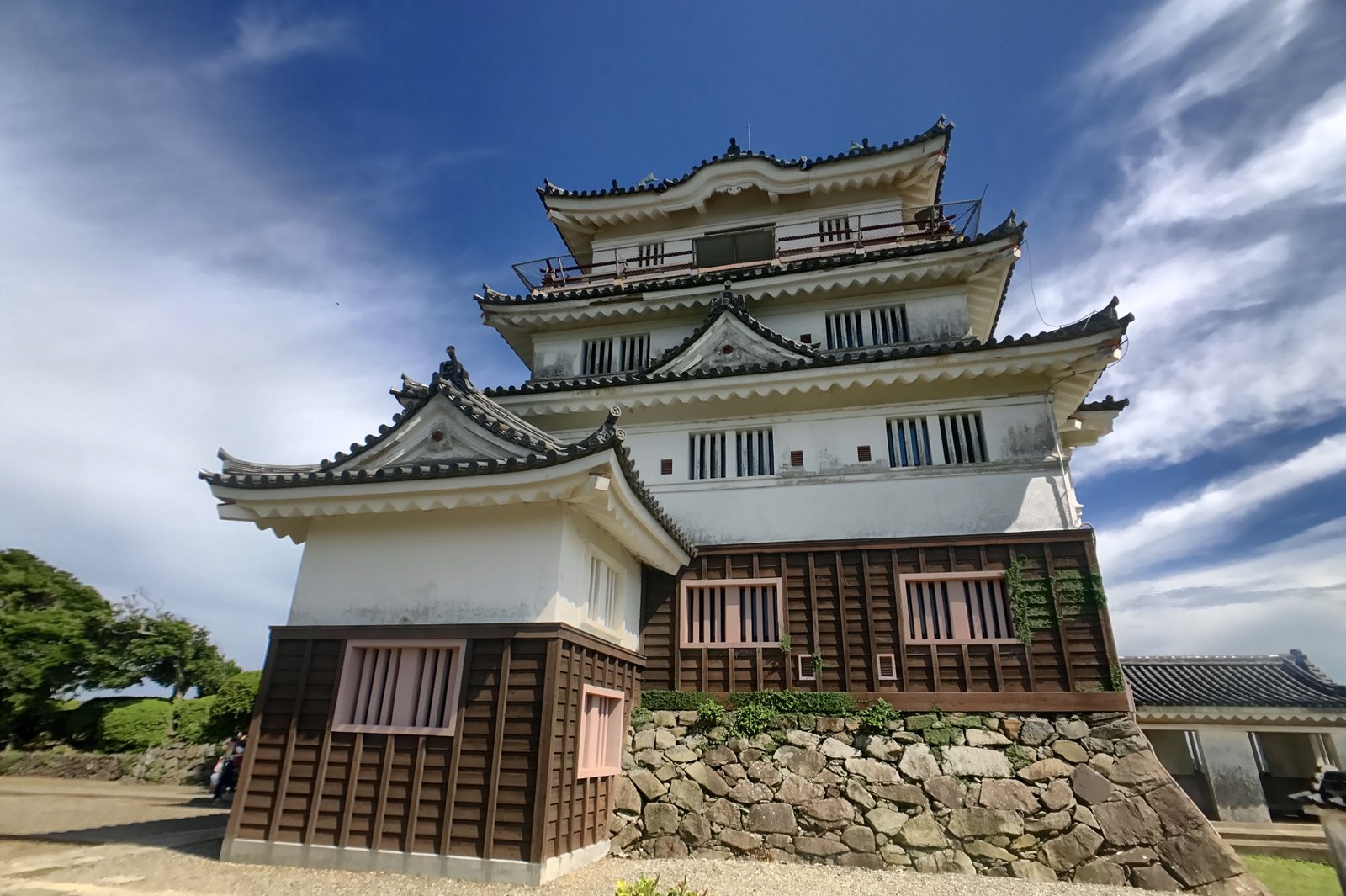 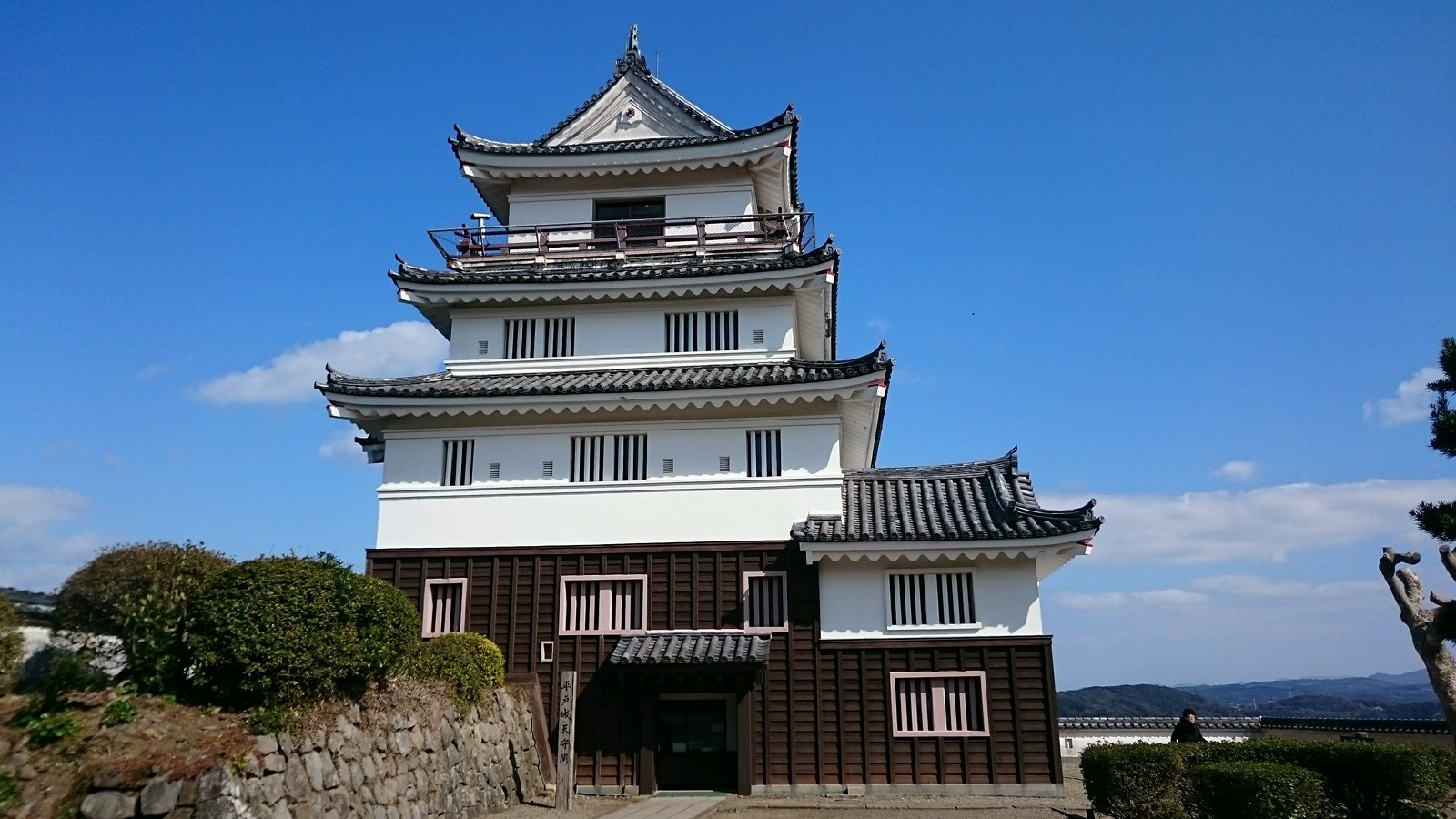 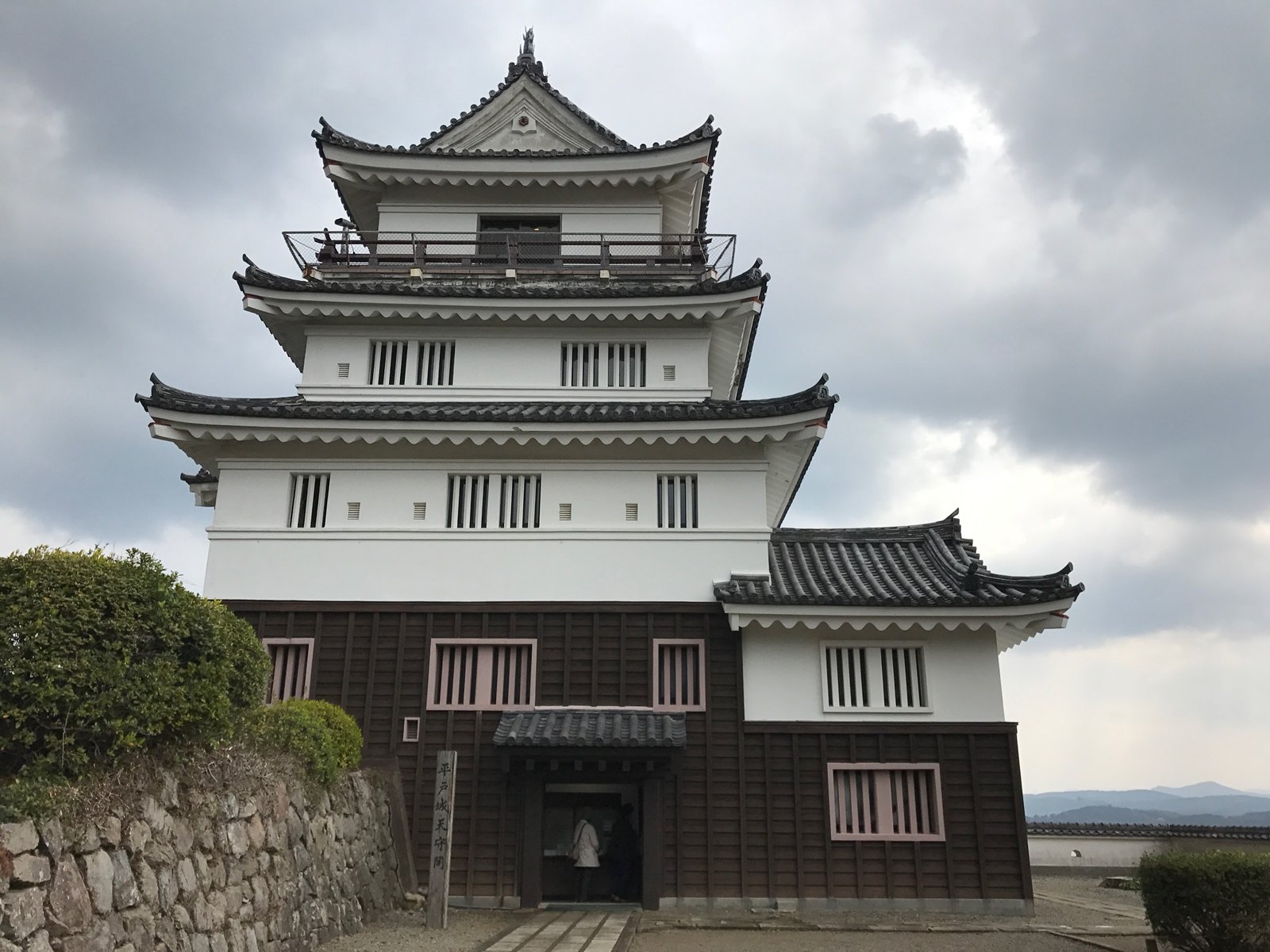 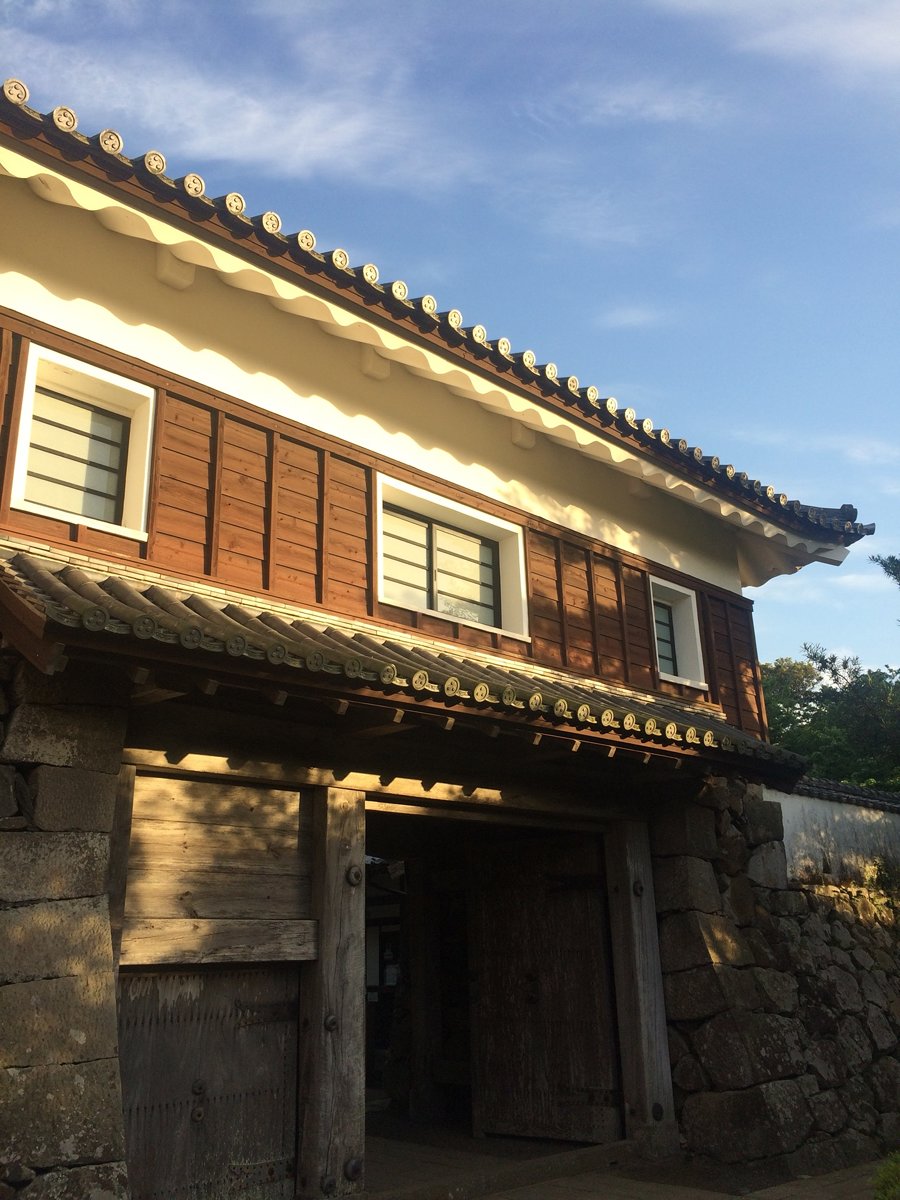 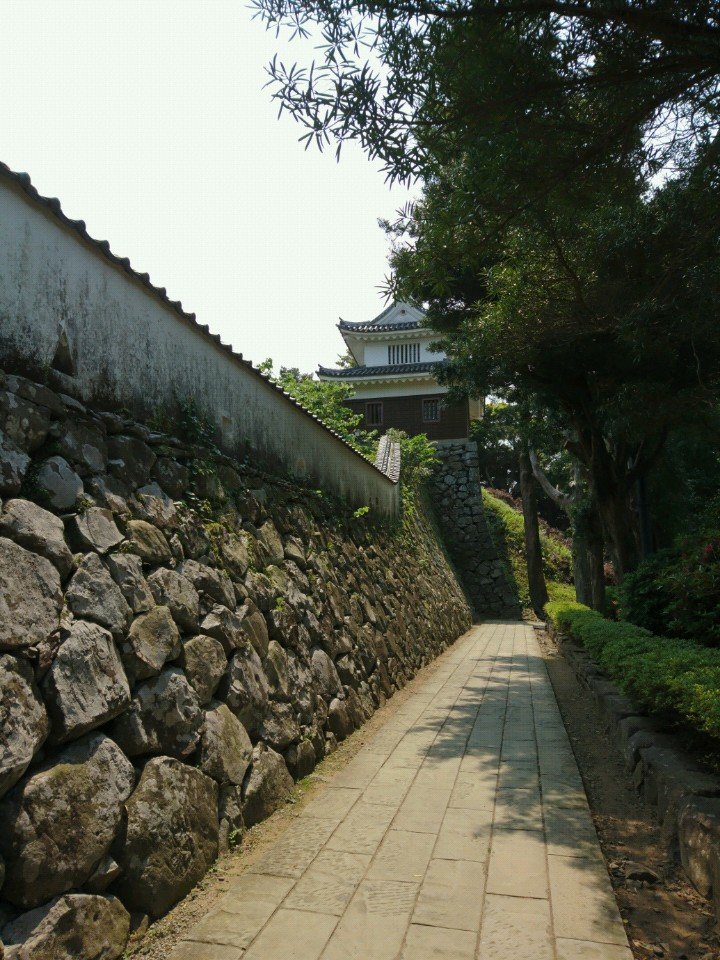 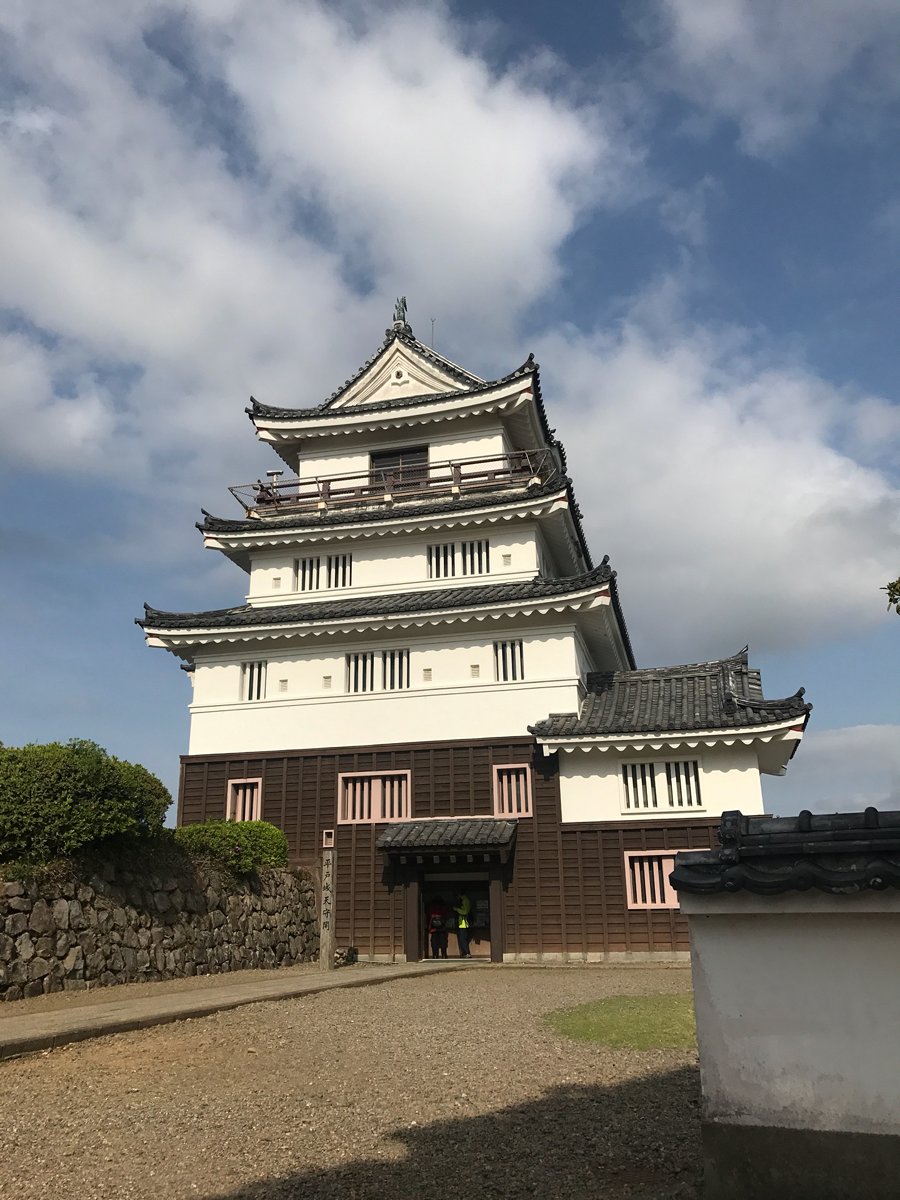 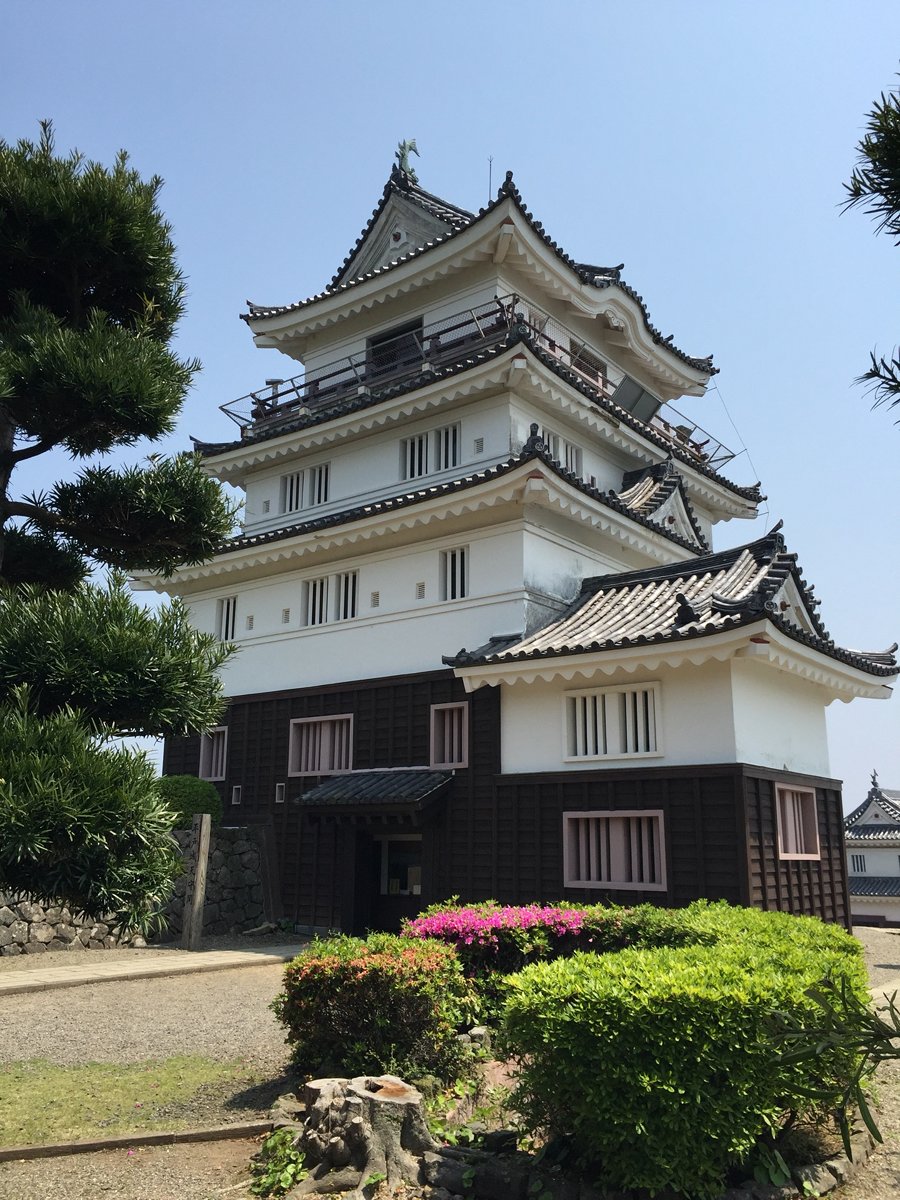 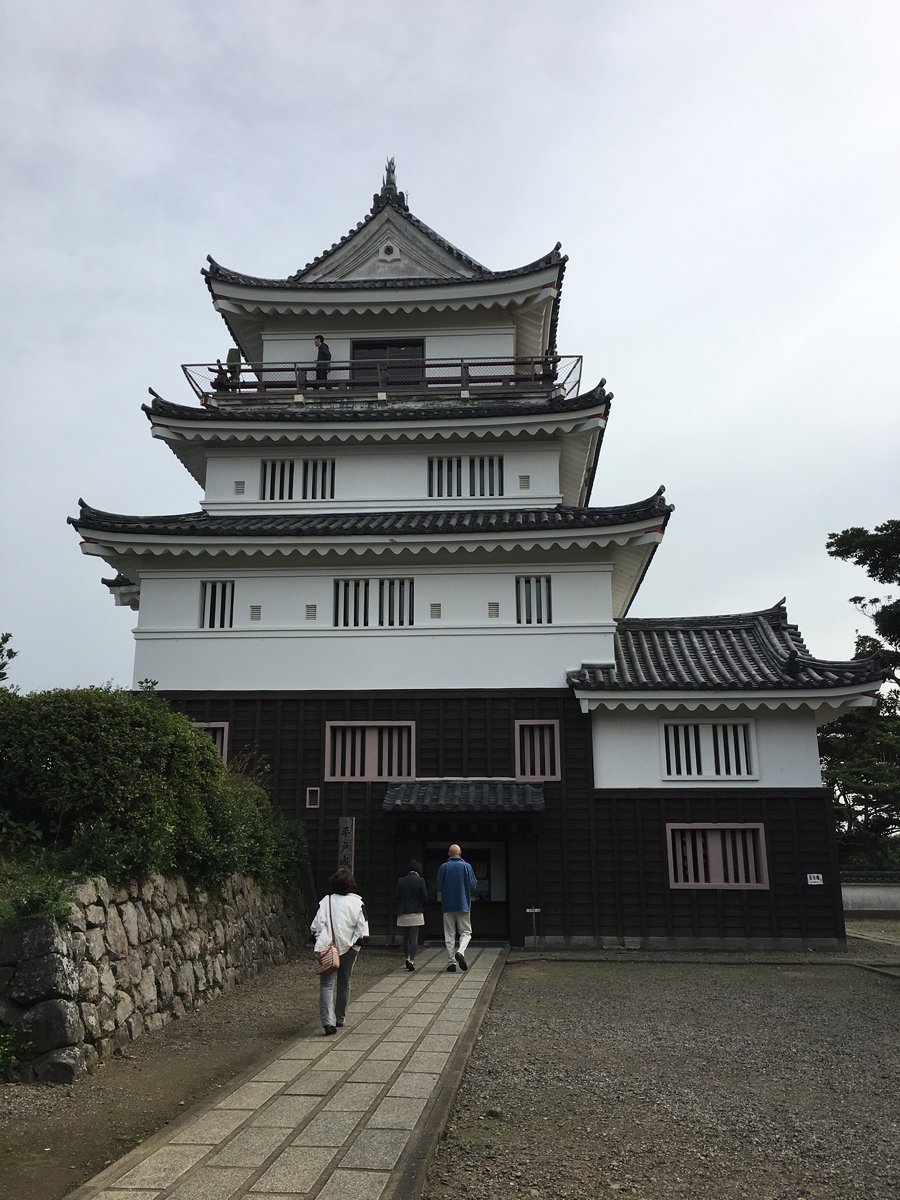 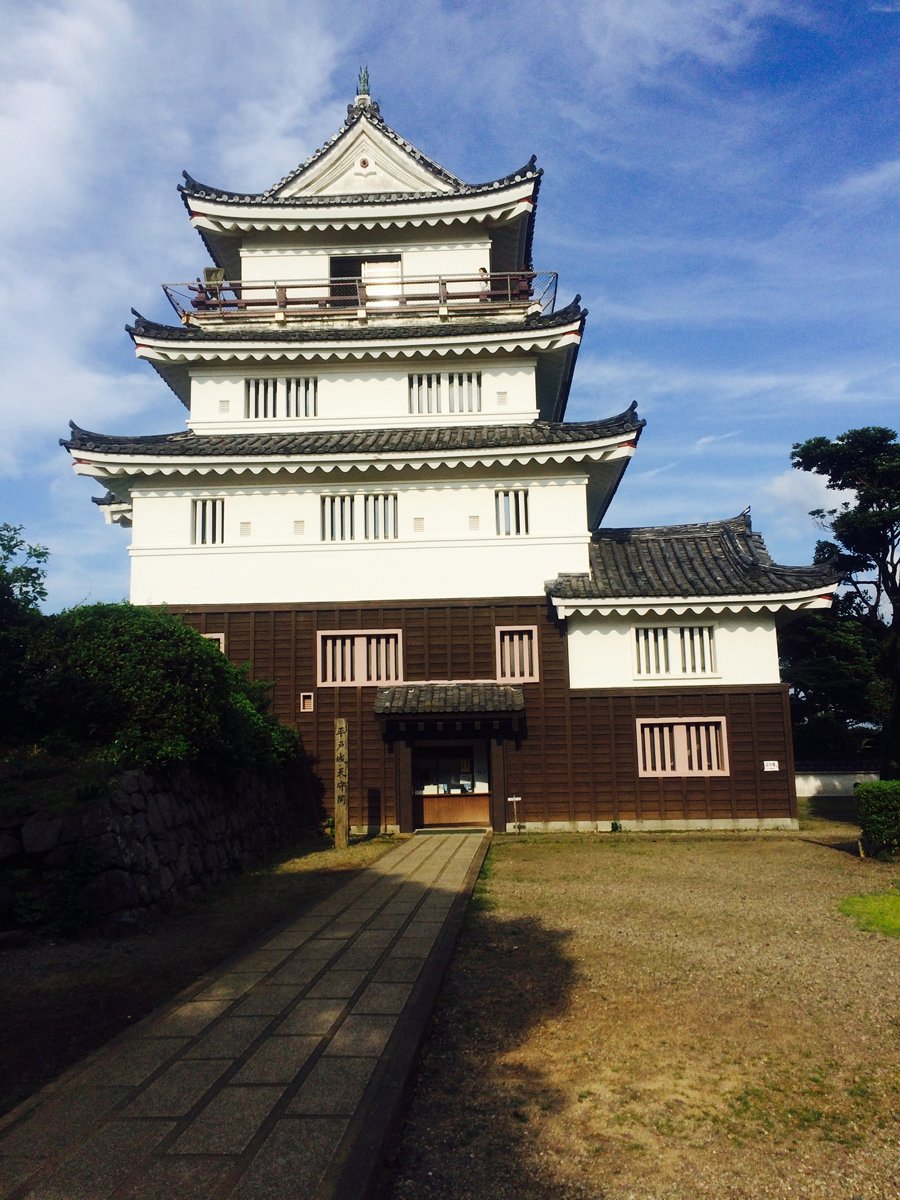 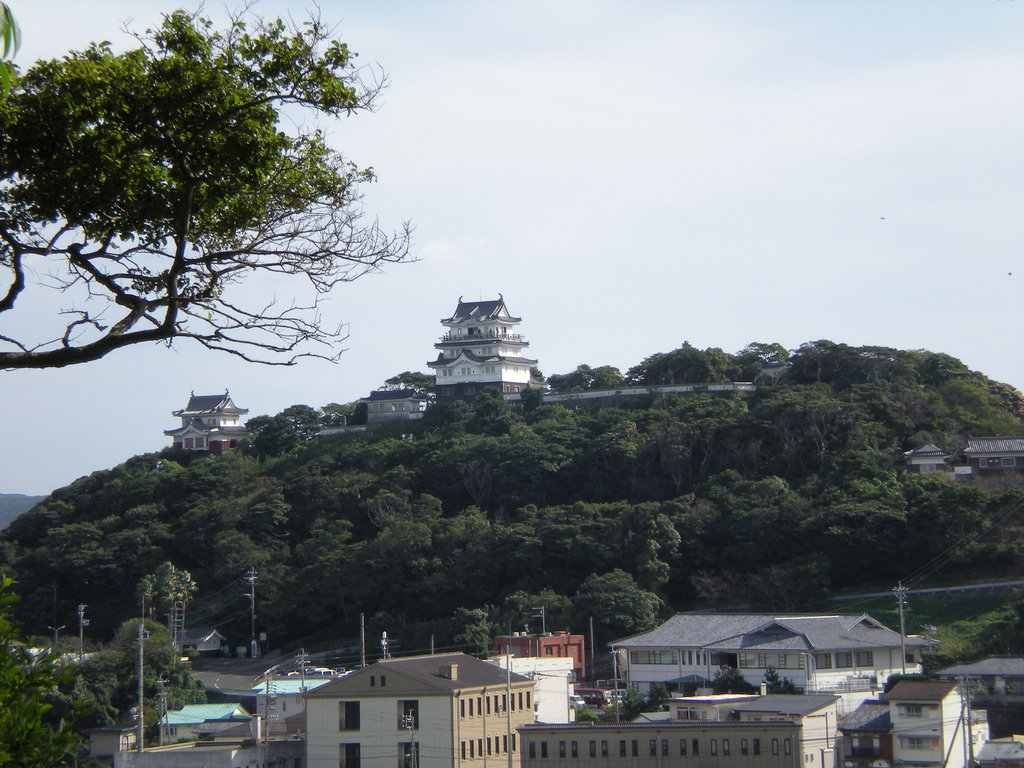 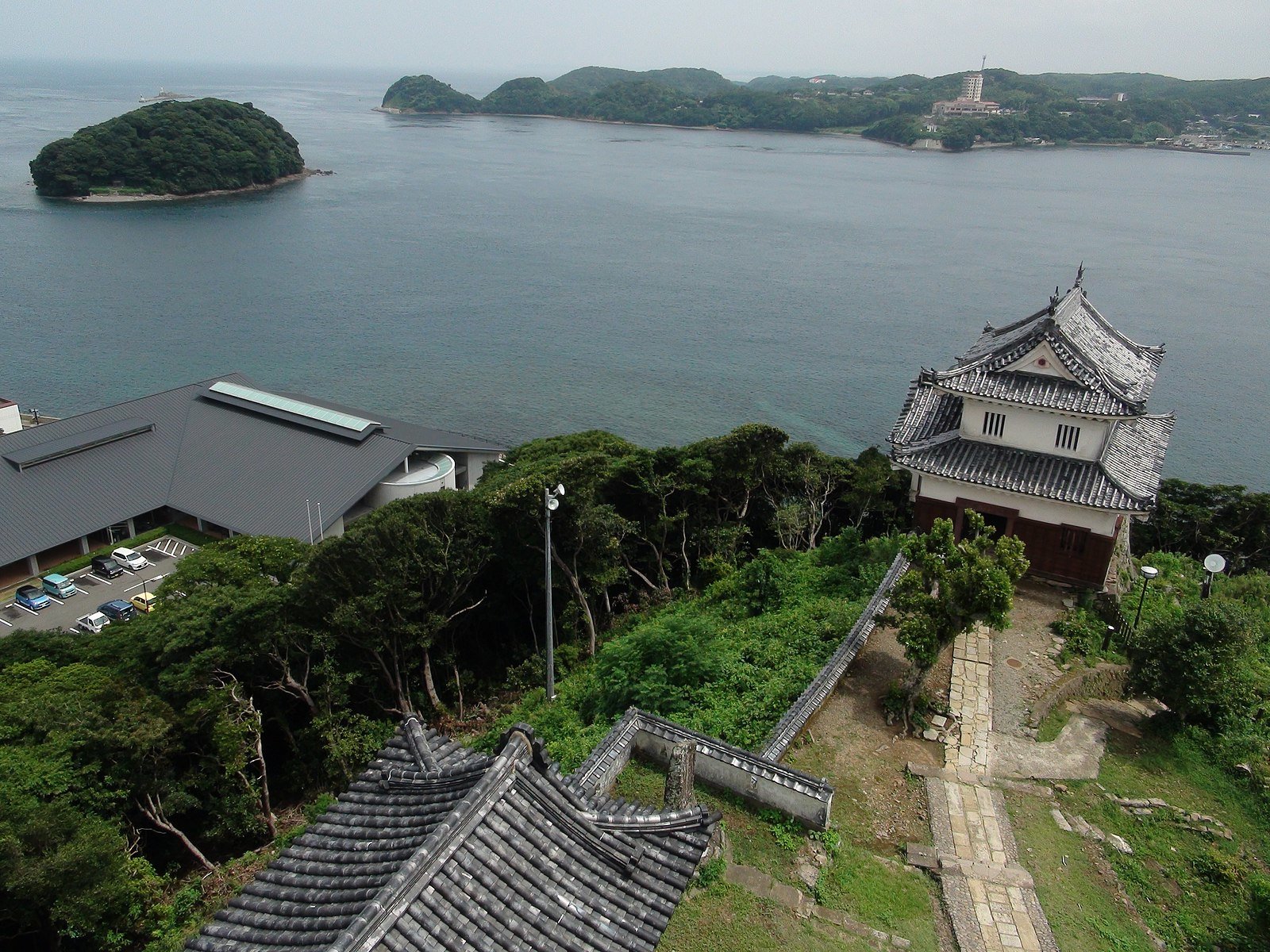 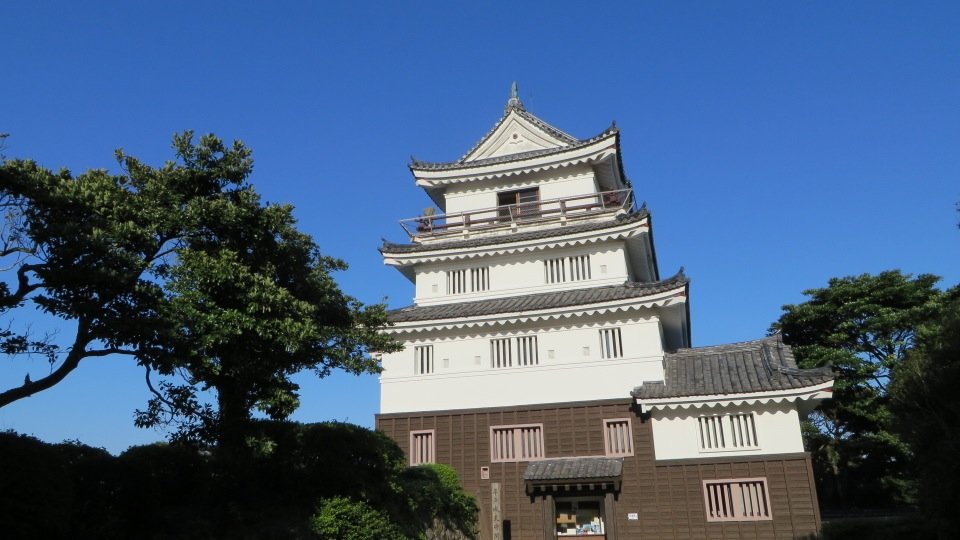