×
What are you looking for?
See all results
Museums in Yokohama 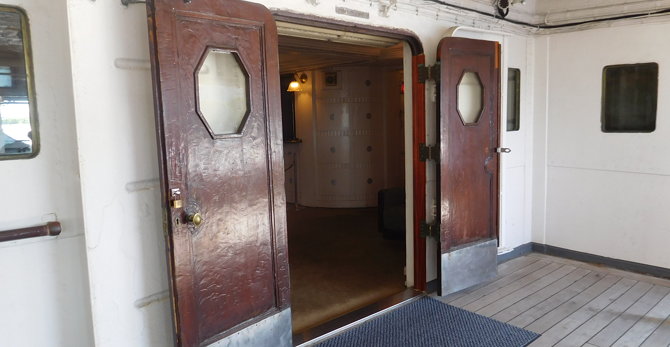 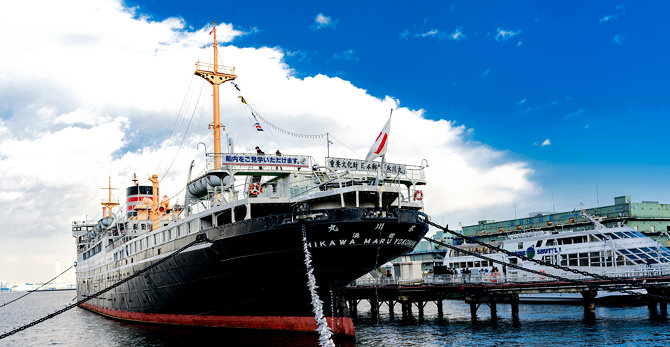 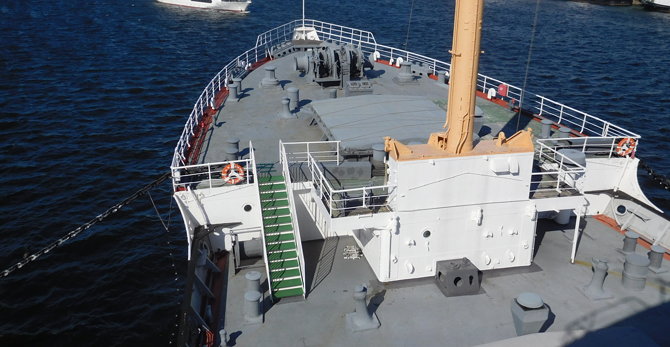 Hikawa Maru (氷川丸) is a Japanese ocean liner that Yokohama Dock Company built for Nippon Yūsen Kabushiki Kaisha ("NYK Line"). She was launched on 30 September 1929 and made her maiden voyage from Kobe to Seattle on 13 May 1930. She is permanently berthed as a museum ship at Yamashita Park, Naka-ku, Yokohama.

Hikawa Maru was one of three Hikawa Maru class motor ships, all named after major Shinto shrines. The Hikawa Shrine is in Saitama in central Honshu. Her two sister ships, both lost in the Second World War, were Heian Maru and Hie Maru.

Hikawa Maru and her sisters ran a regular liner route between Yokohama, Vancouver and Seattle. She had a reputation for service that combined splendid food and beautiful art deco interiors, and she was nicknamed "The Queen of the Pacific". Charlie Chaplin travelled on her for part of the round the World tour that he made in 1932. Kanō Jigorō, the founder of Judo and Japan's representative on the International Olympic Committee, died traveling on her in 1938.

In 1940–41, before Japan's entry to the Second World War, hundreds of Jewish refugees from Nazi persecution fled to Canada and the USA via Japan, and many of them sailed on Hikawa Maru. In August 1940 a party of 82 German and Lithuanian Jews who had travelled via the USSR and Vladivostok reached Seattle on Hikawa Maru. Later, Rabbi Zerach Warhaftig and his family travelled east from Lithuania to Japan. They left Yokohama on Hikawa Maru on 5 June 1941 and landed in Vancouver, British Columbia, Canada on 17 June. He described the trip as "a summer vacation and with the war seeming to be so far away" although, he said "I didn't have a peaceful mind because of the strong responsibility I had to help the Jewish refugees with the troubles they faced."

In July 1941 the US and other countries retaliated against Japan's invasion of French Indochina by ordering the seizure of Japanese assets. However, the USA gave assurances that the liners would not be seized so Heian Maru and Hikawa Maru continued their regular service to US ports. In October 1941 Hikawa Maru became the last NYK ship to visit a US port before Japan and the US went to war. She brought US refugees to Seattle, and on her return voyage she repatriated 400 Japanese nationals.

On 1 December 1941, a week before Japan's attack on Pearl Harbor, the Mitsubishi Zosen dockyard at Yokohama started to convert Hikawa Maru into a hospital ship, completing work on her on 21 December. She treated Japanese casualties from the US Task Force 8's attacks on Kwajalein and Wotje atolls in February 1942 and repatriated the seriously wounded to Yokosuka. On 15 June 1942 the Japanese cruiser Nagara brought about 500 Japanese wounded from the Battle of Midway to Hashirajima, where they were transferred to Hikawa Maru.

Three times Hikawa Maru survived being damaged by mines. The first was on 3 October 1942 while entering port at Surabaya, Java. She was repaired in port and departed on 10 October. The second was on 15 July 1944 when a magnetic mine damaged her off the Caroline Islands. She stopped in Davao in the Philippines on 19–26 July where her damage was inspected and on 1 August she reached Yokosuka for repairs. The third was on 17 February 1945 when she was leaving the Port of Singapore. Her stern struck a mine in the Singapore Strait but she returned to port and was repaired. In March and April the Mitsubishi dockyard at Yokohama made further repairs on her, and from 21 June to 4 July she was drydocked at Maizuru.

When Japan surrendered on 15 August Hikawa Maru was one of only two Japanese large passenger ships to have survived the war. The other was another hospital ship, Osaka Shosen Kaisha's Takasago Maru. Hie Maru and Heian Maru had been converted into submarine depot ships and were attacked and sunk in 1943 and '44.

The USA occupied Japan and in September 1945 the Shipping Control Authority for the Japanese Merchant Marine (SCAJAP) requisitioned Hikawa Maru as ship number H-022. She repatriated thousands of Japanese soldiers and civilians from the Pacific Islands, Korea, the Dutch East Indies and China until August 1946, when she docked in Yokohama for repairs.

In 1947 SCAJAP returned Hikawa Maru to NYK, which despite her passenger capacity ran her mostly as a cargo ship until 1953. Her work included general cargo between Japan and the East Coast of the United States, a liner service between Japan and Burma in 1949, and iron ore from Thailand. In the war NYK had lost 172 ships totalling 1.028 million gross tons, which may explain why the company used an ocean liner for any cargo.

In 1953 NYK had Hikawa Maru refitted as an ocean liner and returned her to her pre-war Yokohama – Seattle route. She remained on the route until NYK decommissioned her on 21 December 1960. Her peacetime service on the route 1930–41 and 1953–60 totalled 238 voyages and 25,000 passengers.

In 1961 Hikawa Maru was permanently berthed at Yamashita Park, Naka-ku, Yokohama as a floating museum, hotel and restaurant. In 2005 her owners announced that they had suffered substantial financial losses and were seeking to sell Hikawa Maru. In December 2006 her museum was closed and doubts about her future were raised.[] However, NYK Line underwrote her restoration, which began in August 2007. She was renamed NYK Hikawamaru and was reopened to the public at Yamashita Park on 25 April 2008.

Miyuh Fuji
If you see Hikawamaru Let's by all means go to the NYK Museum. It is possible to know the history of the passenger ship from Yokohama. http://www.nyk.com/rekishi/

See all hotels See all
ESCALE-YOKOHAMA

Near Chukagai 1mins walk to stn up to 10

HappyFamily Chukagai 5mins walk to stn up to 8

Yamashita Park (山下公園, Yamashita Kōen) is a public park in

Yokohama Customs Museum is a museum in Yokohama, Kanagawa, Japan.

NYK Maritime Museum is a museum in Yokohama, Kanagawa Prefecture,

is a theme park in Yokohama, Kanagawa Prefecture, Japan.

Cosmo Clock 21 is a giant Ferris wheel located in Yokohama, Japan. It 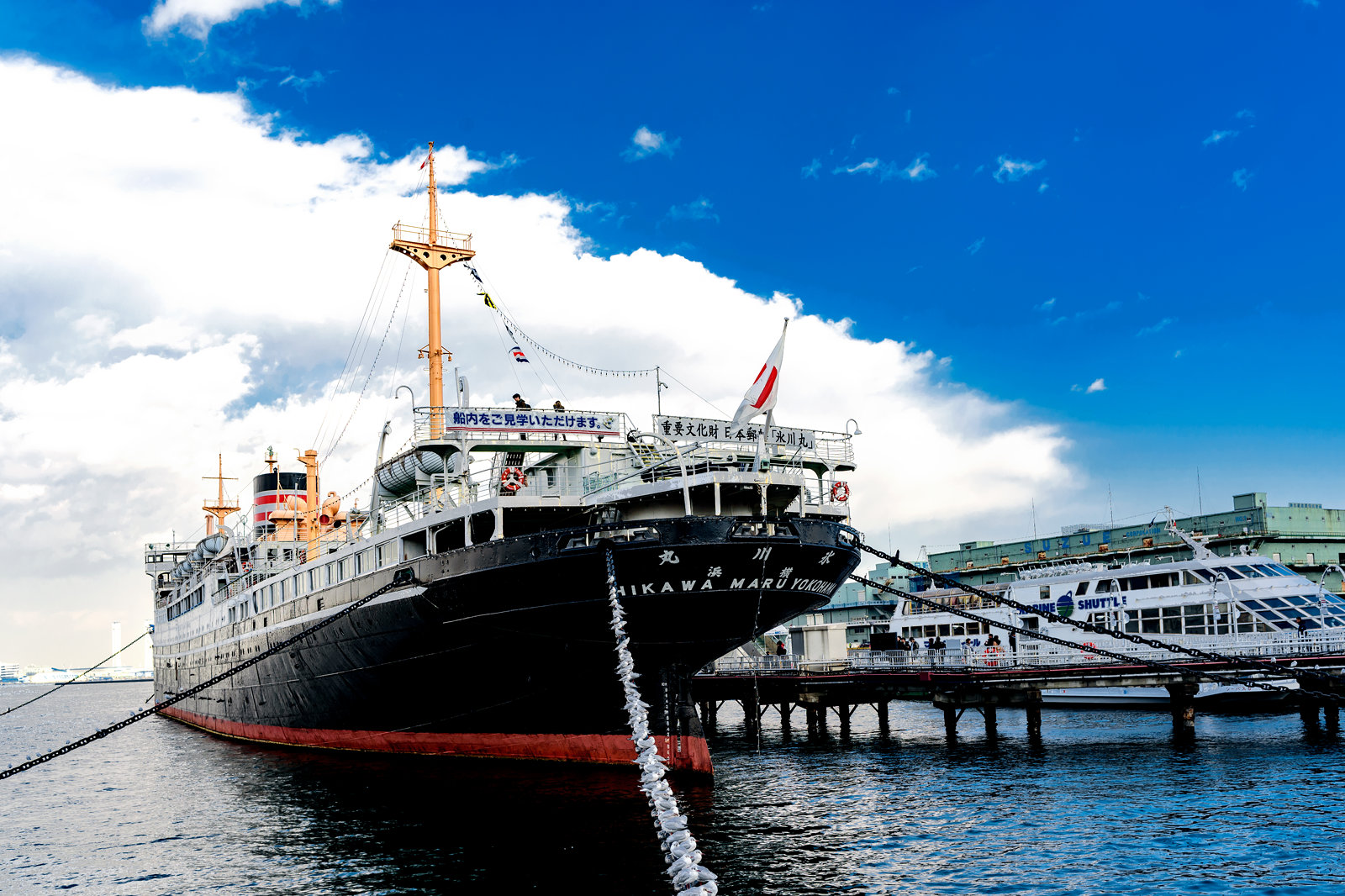 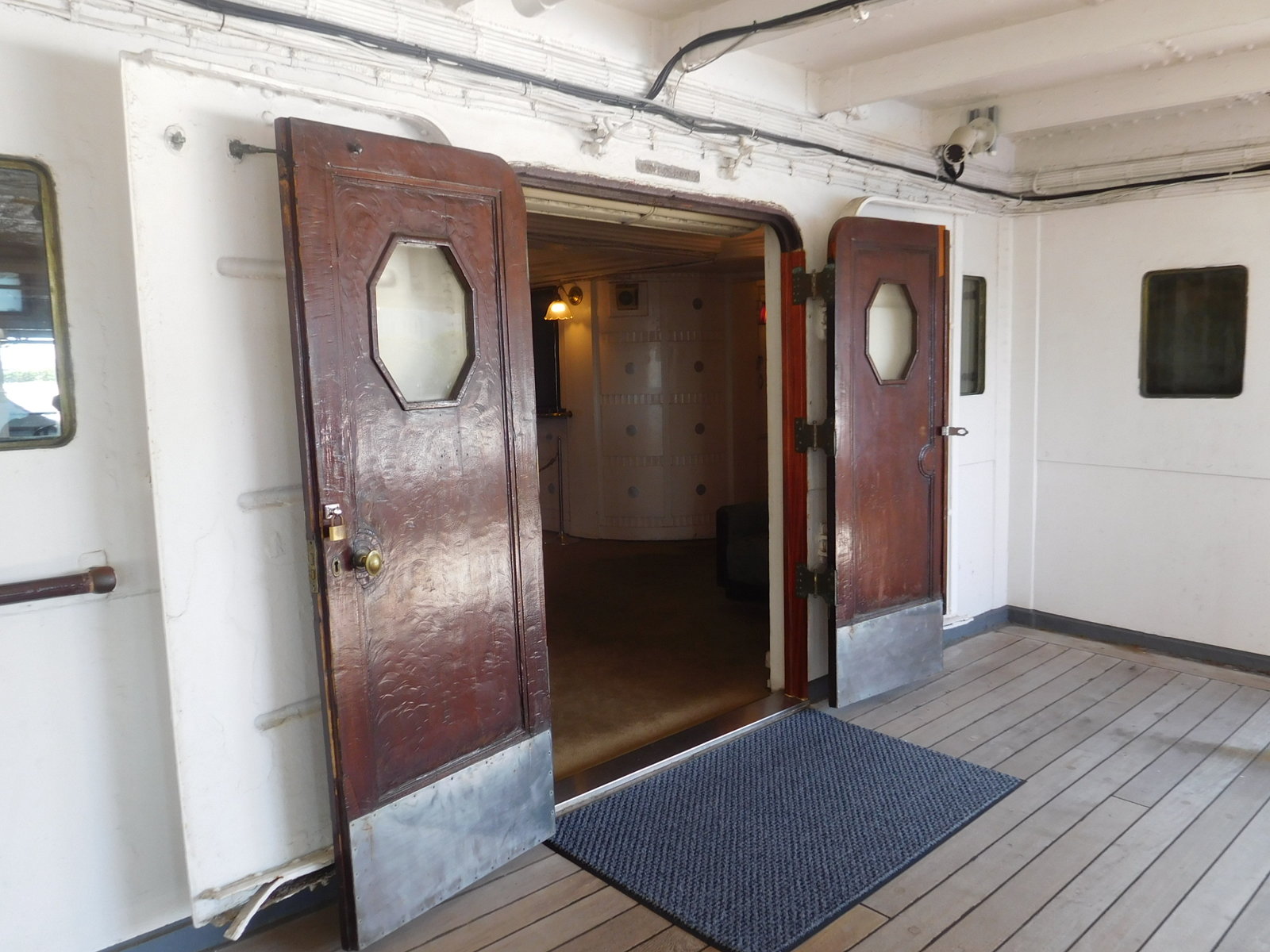 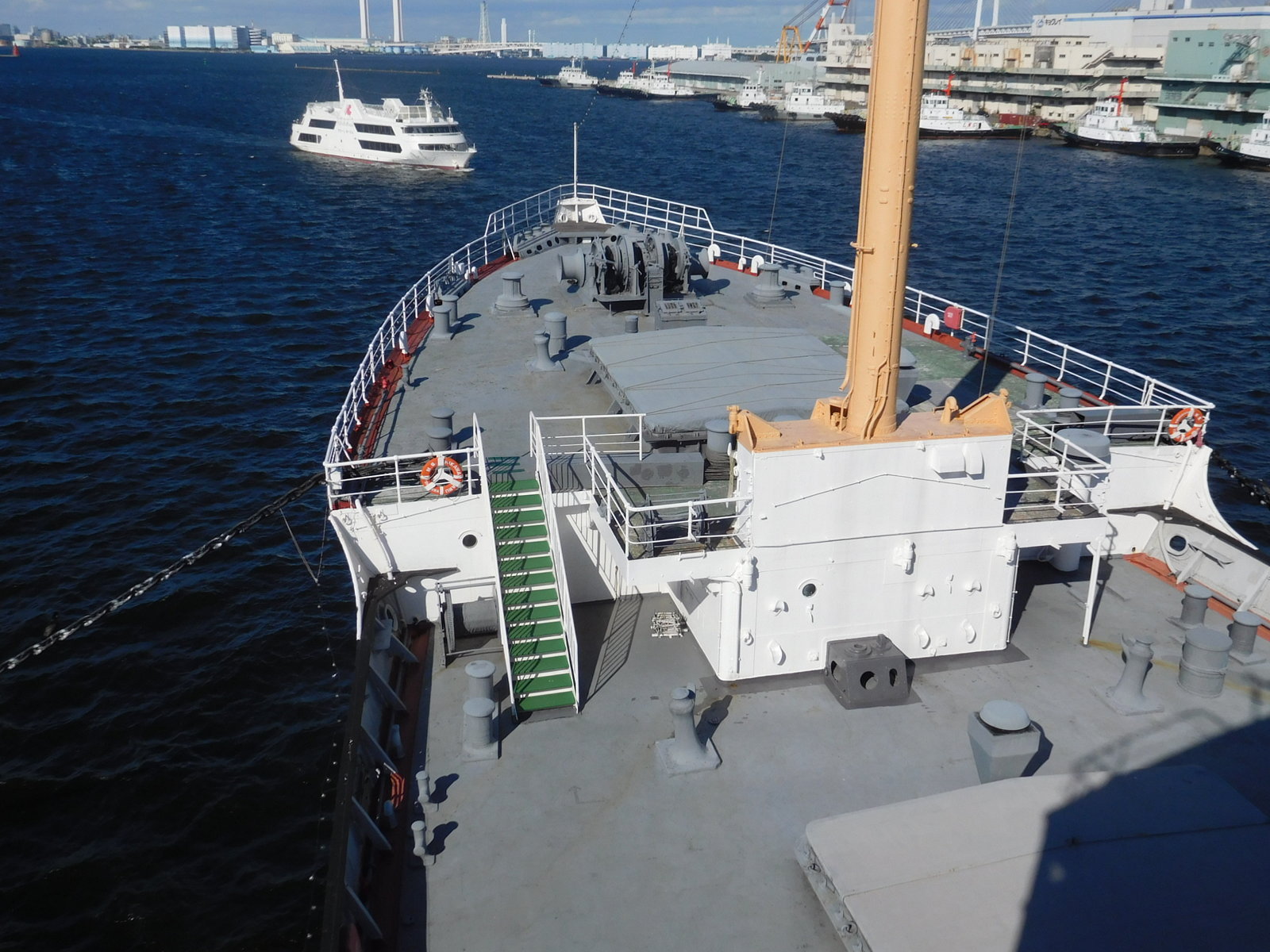 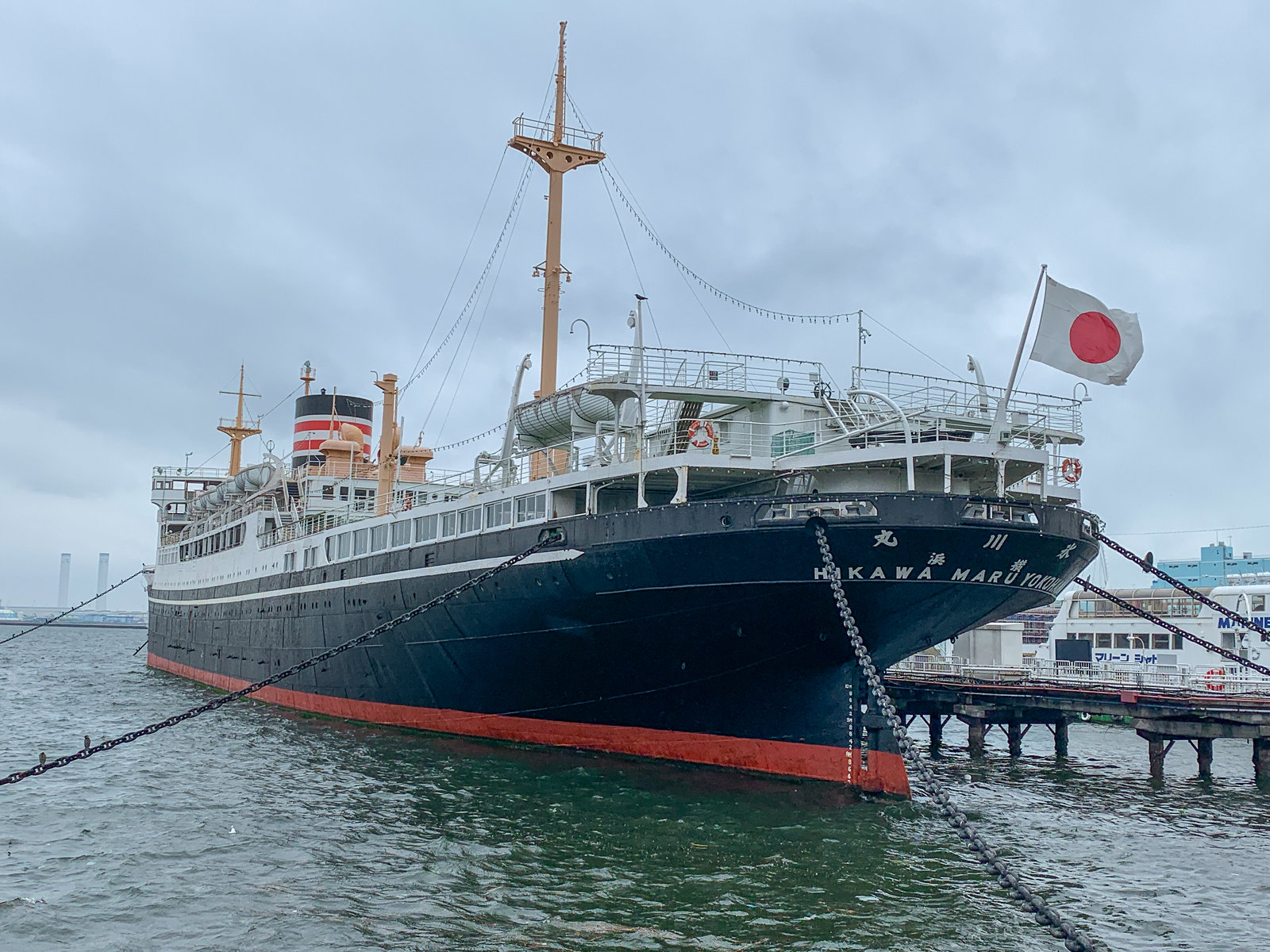 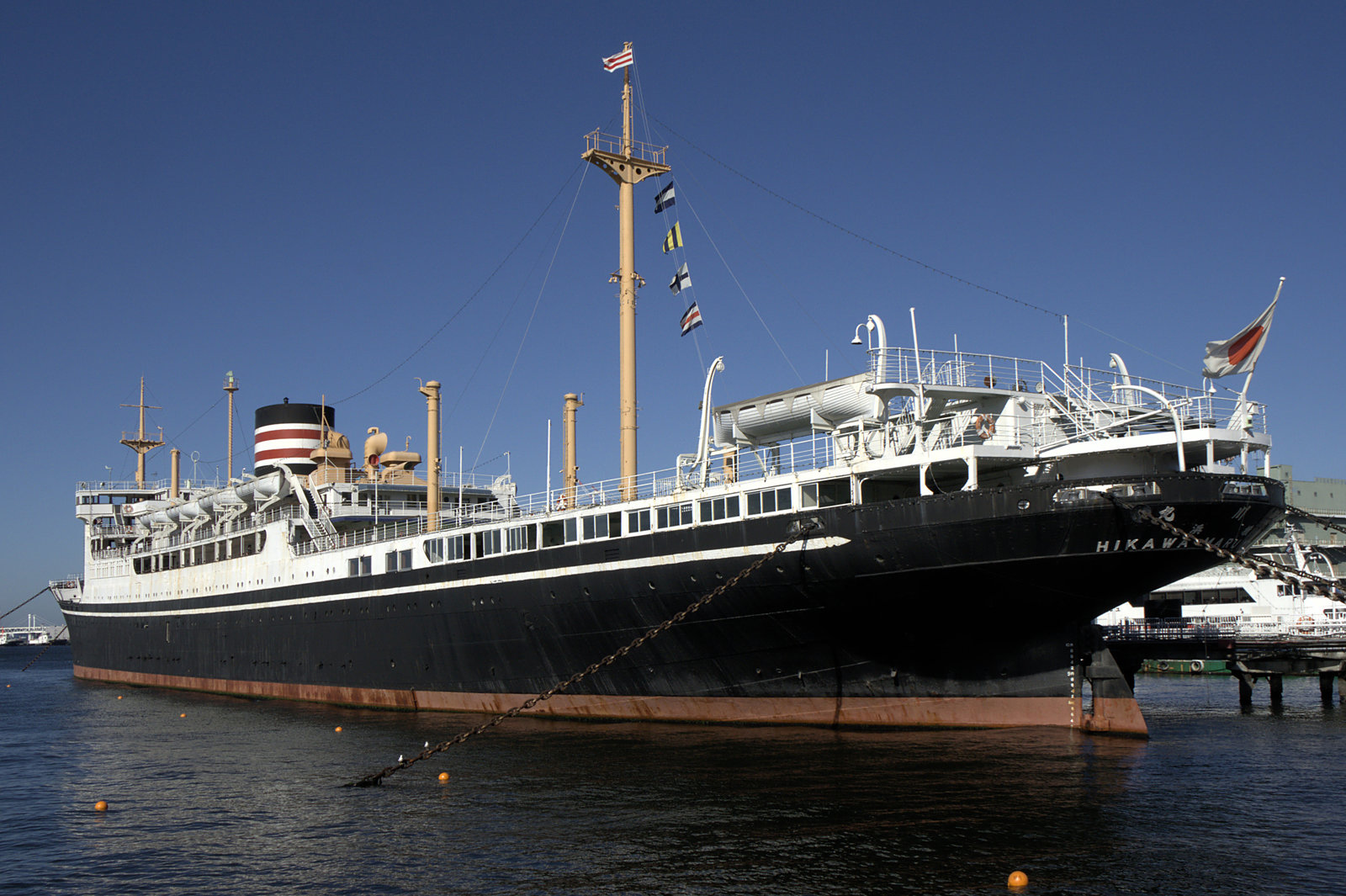 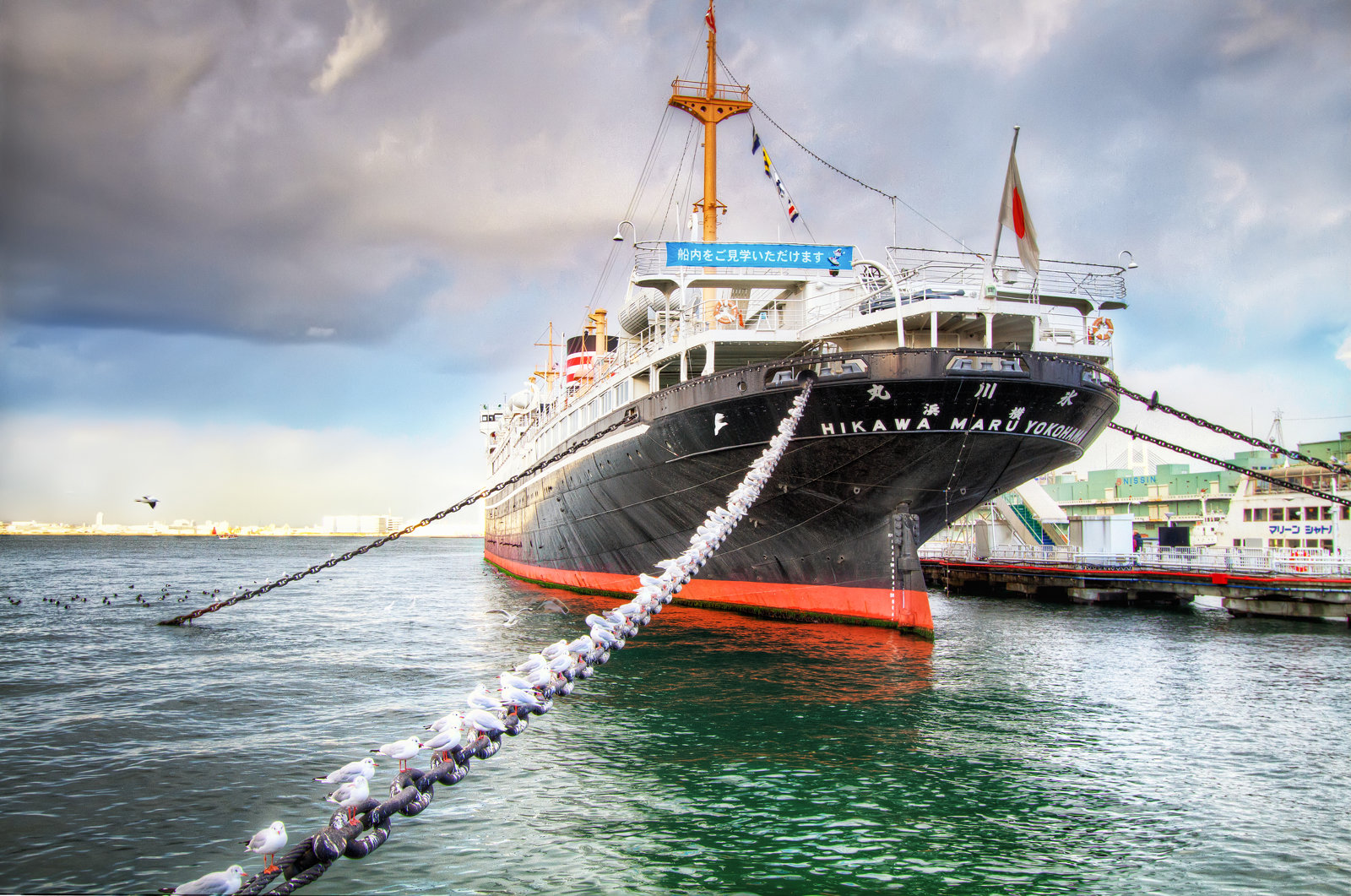 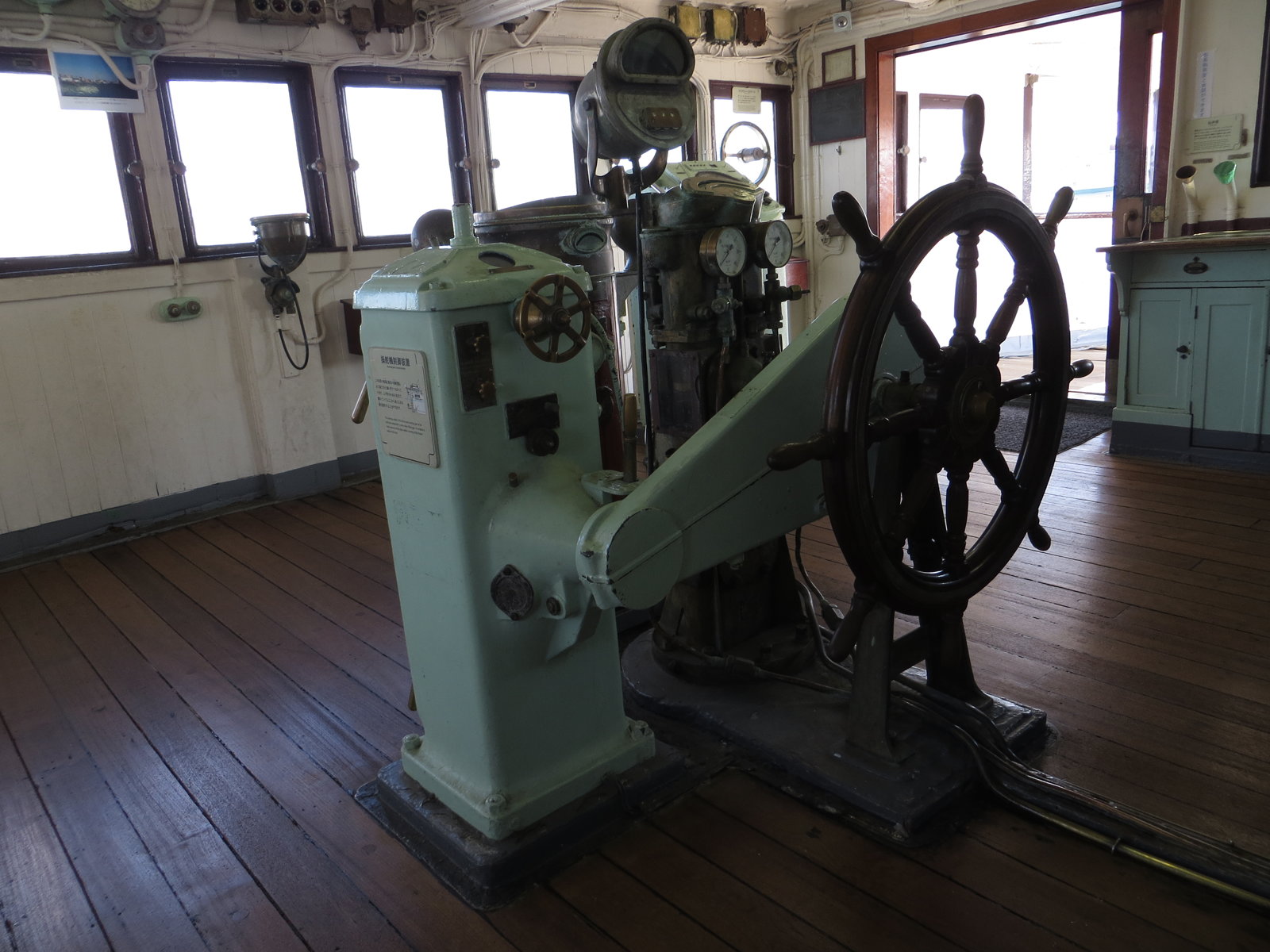 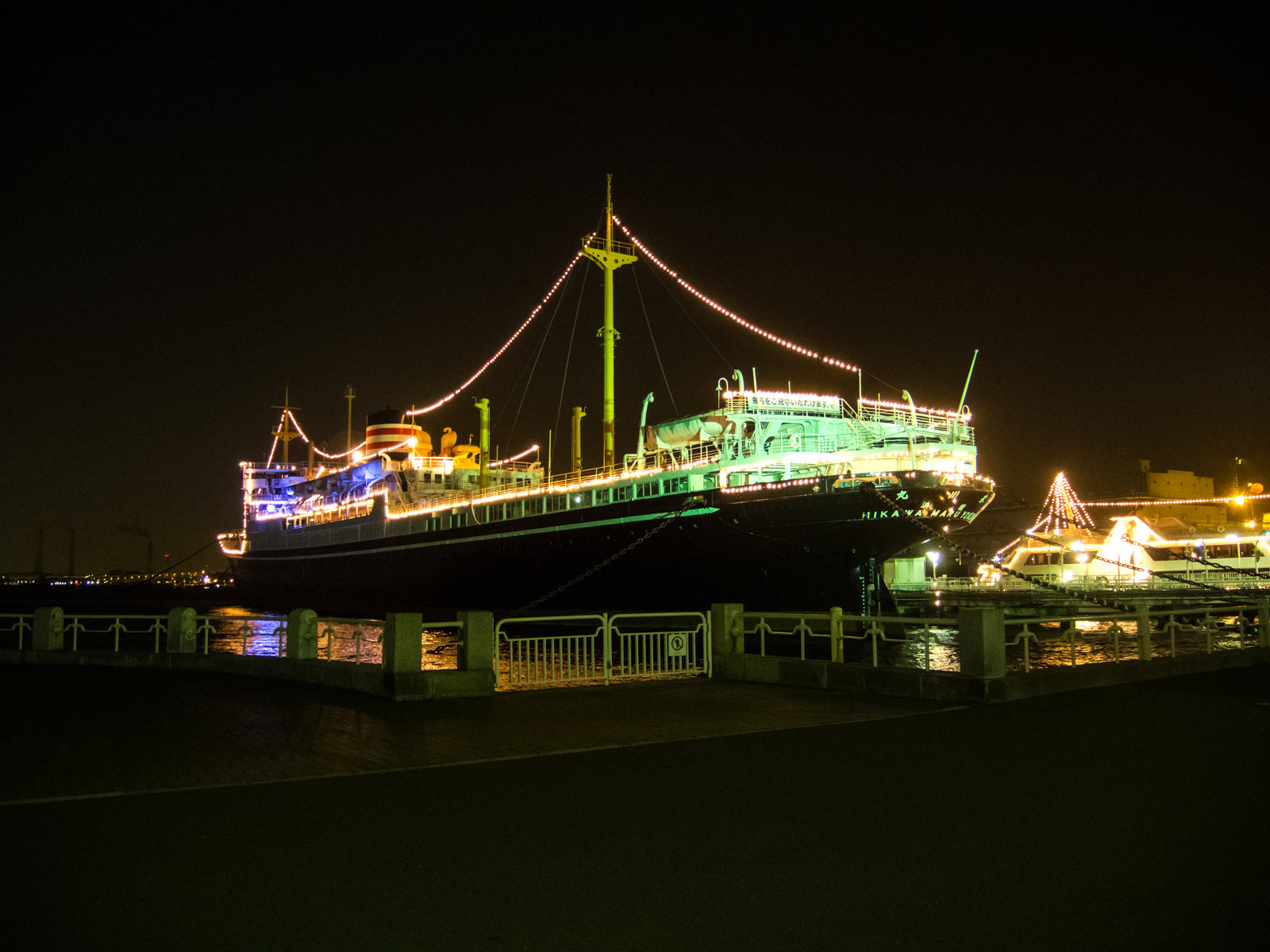 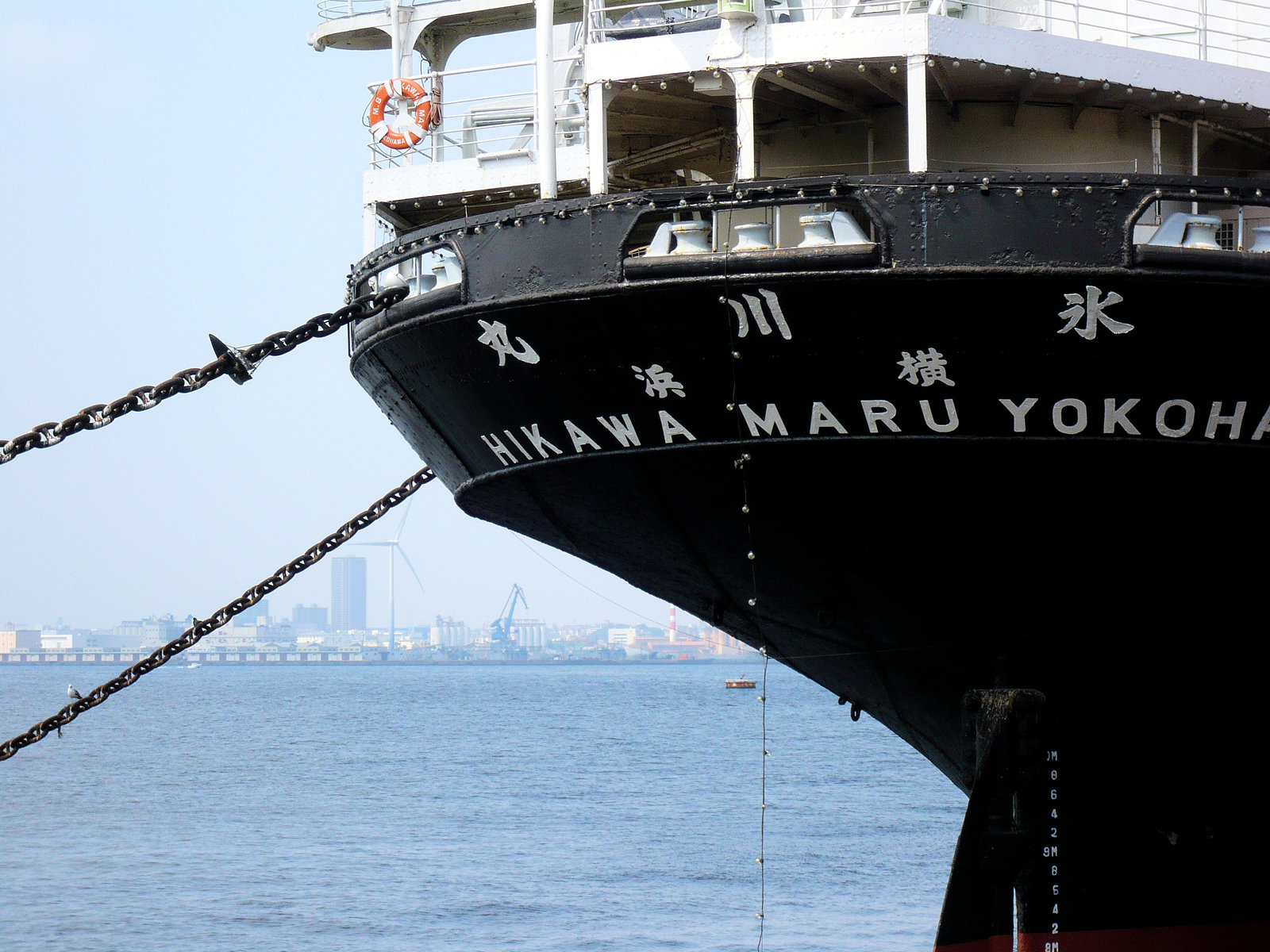 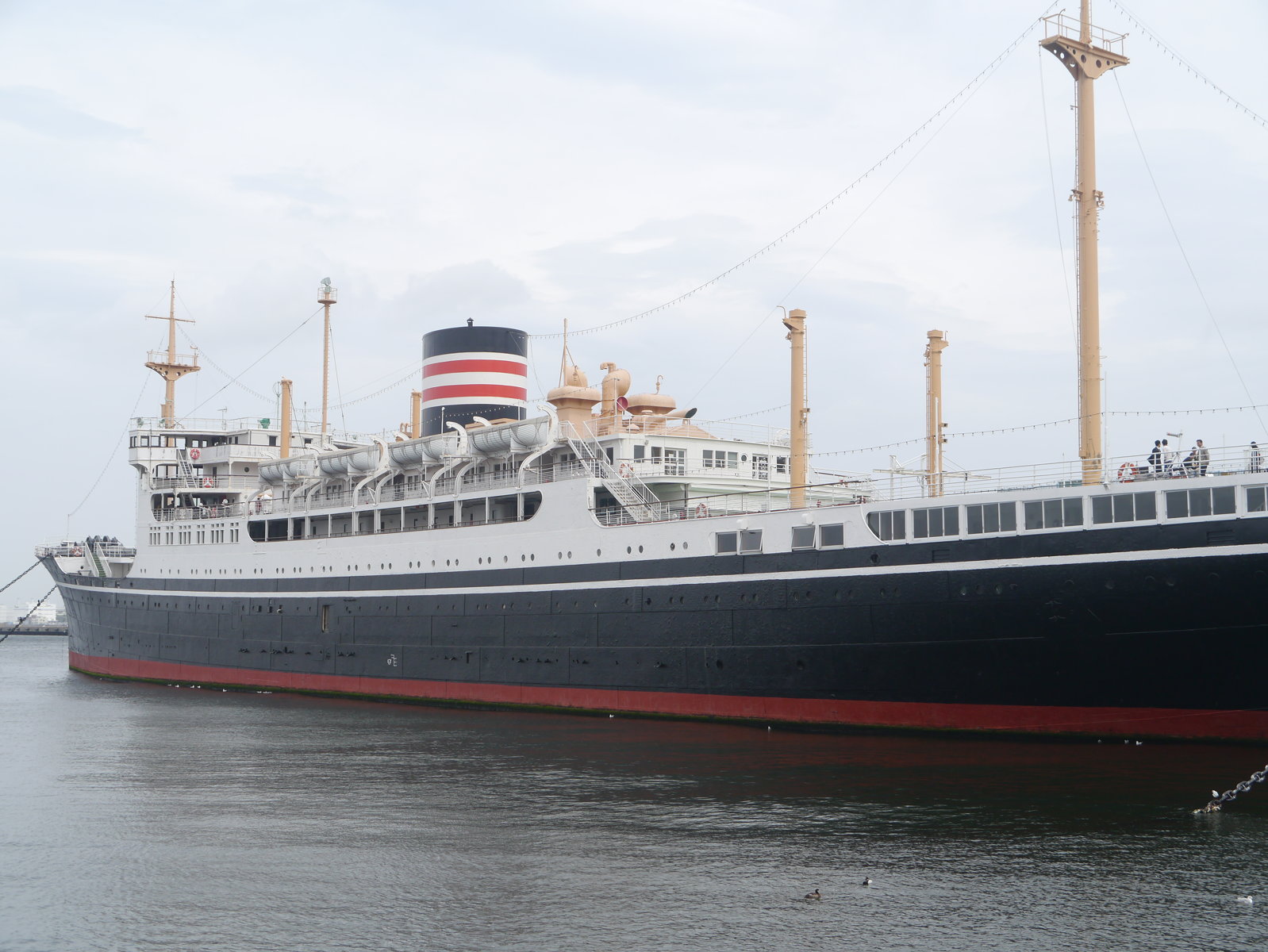 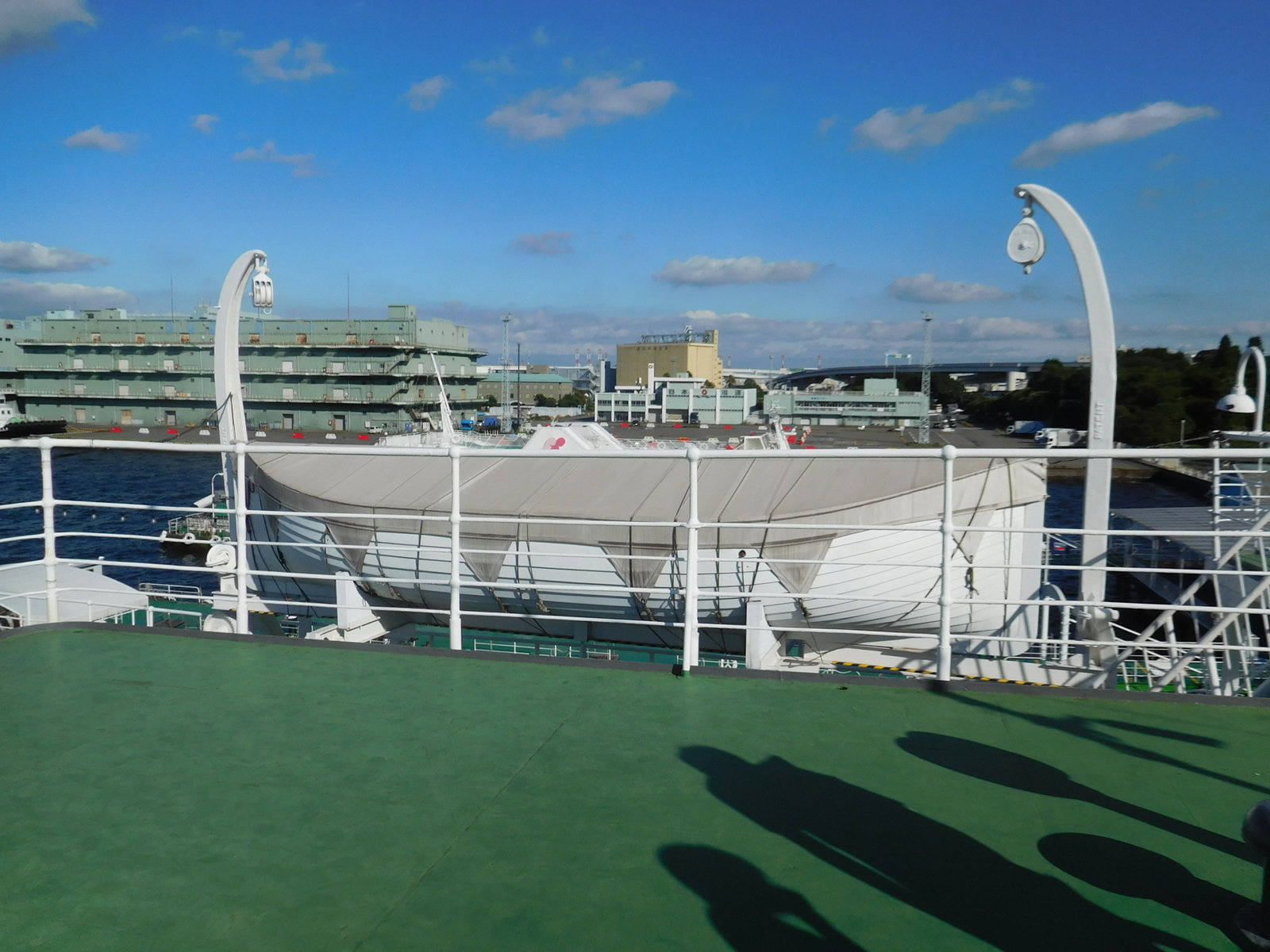 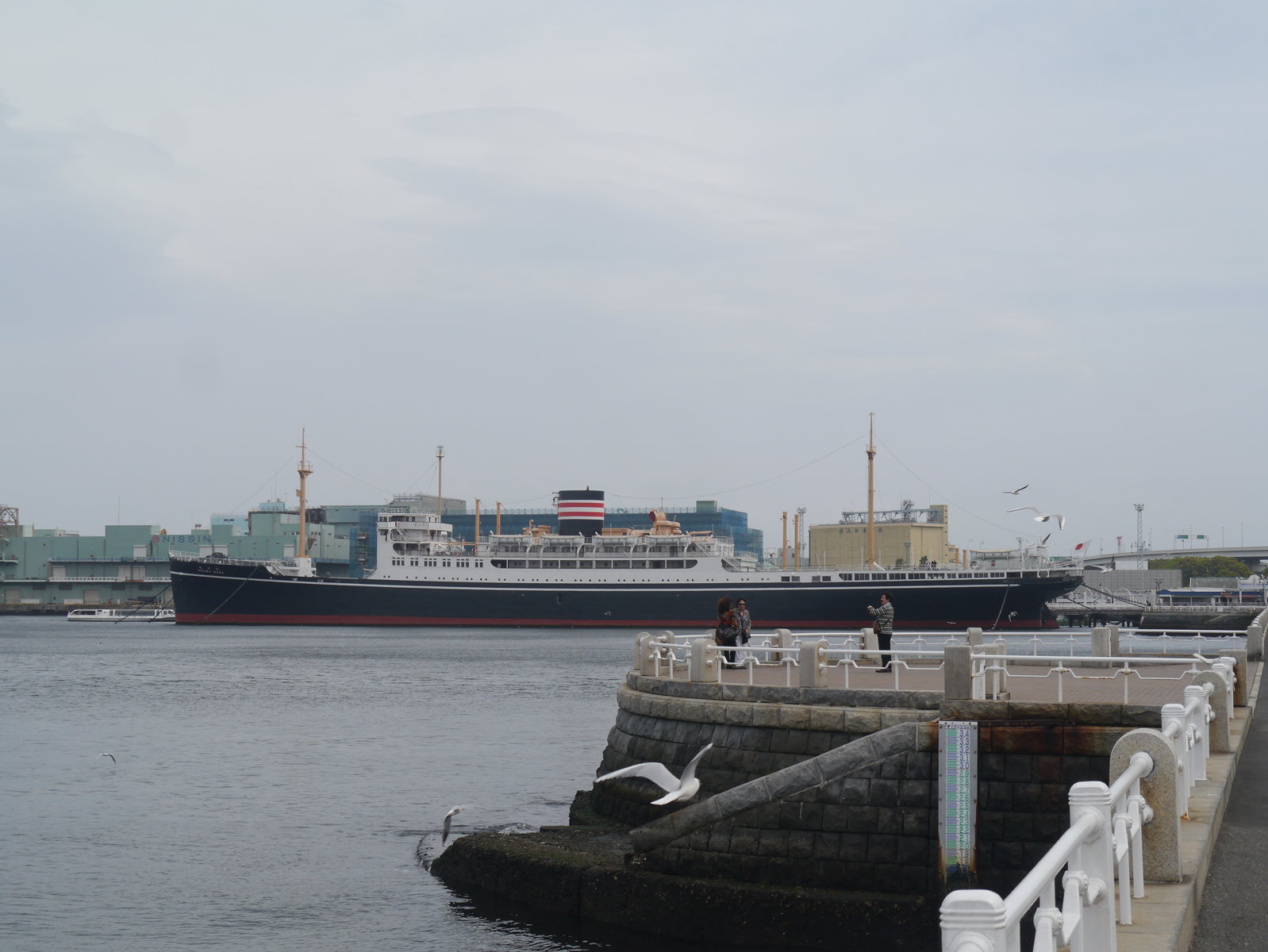 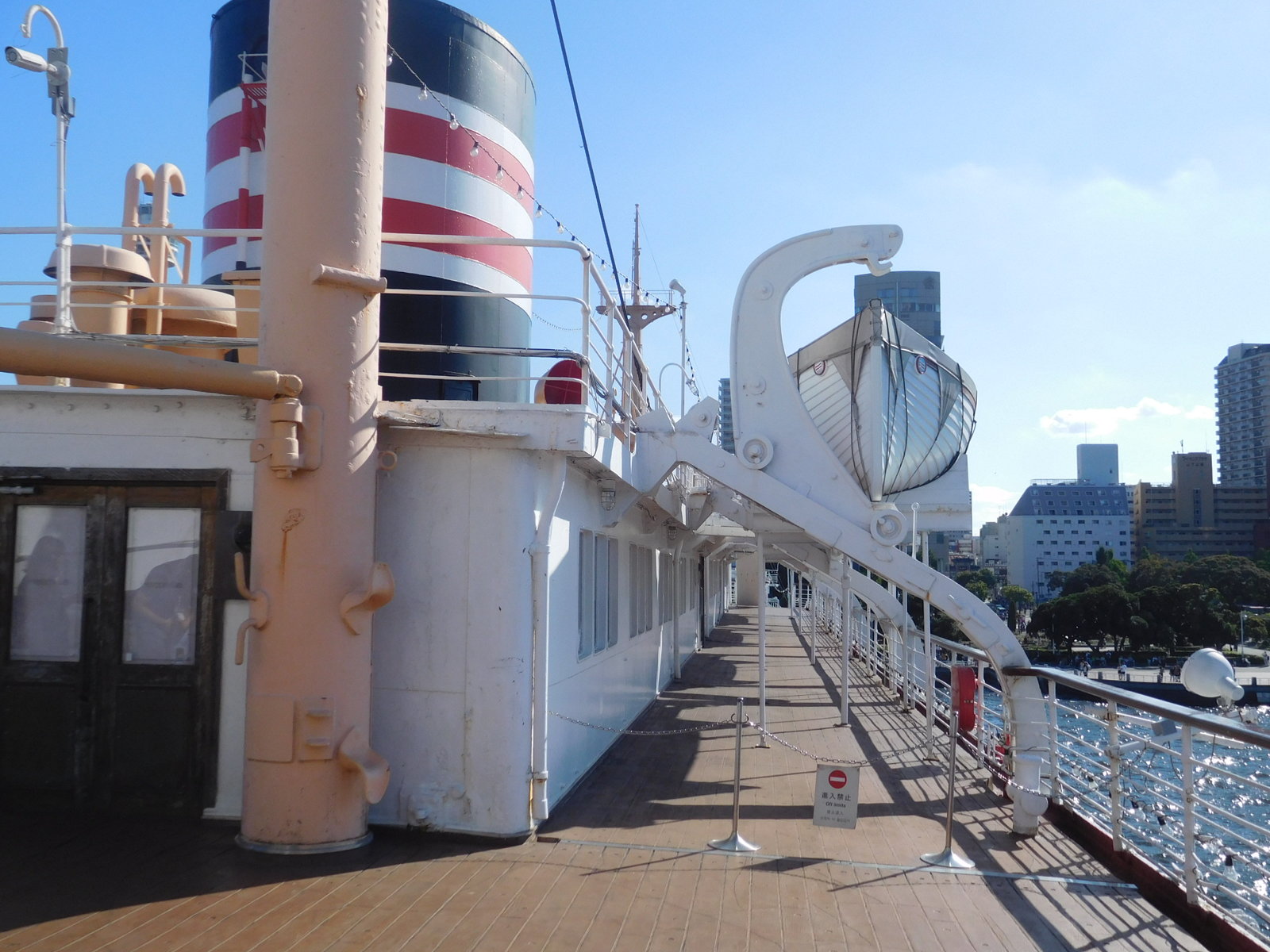 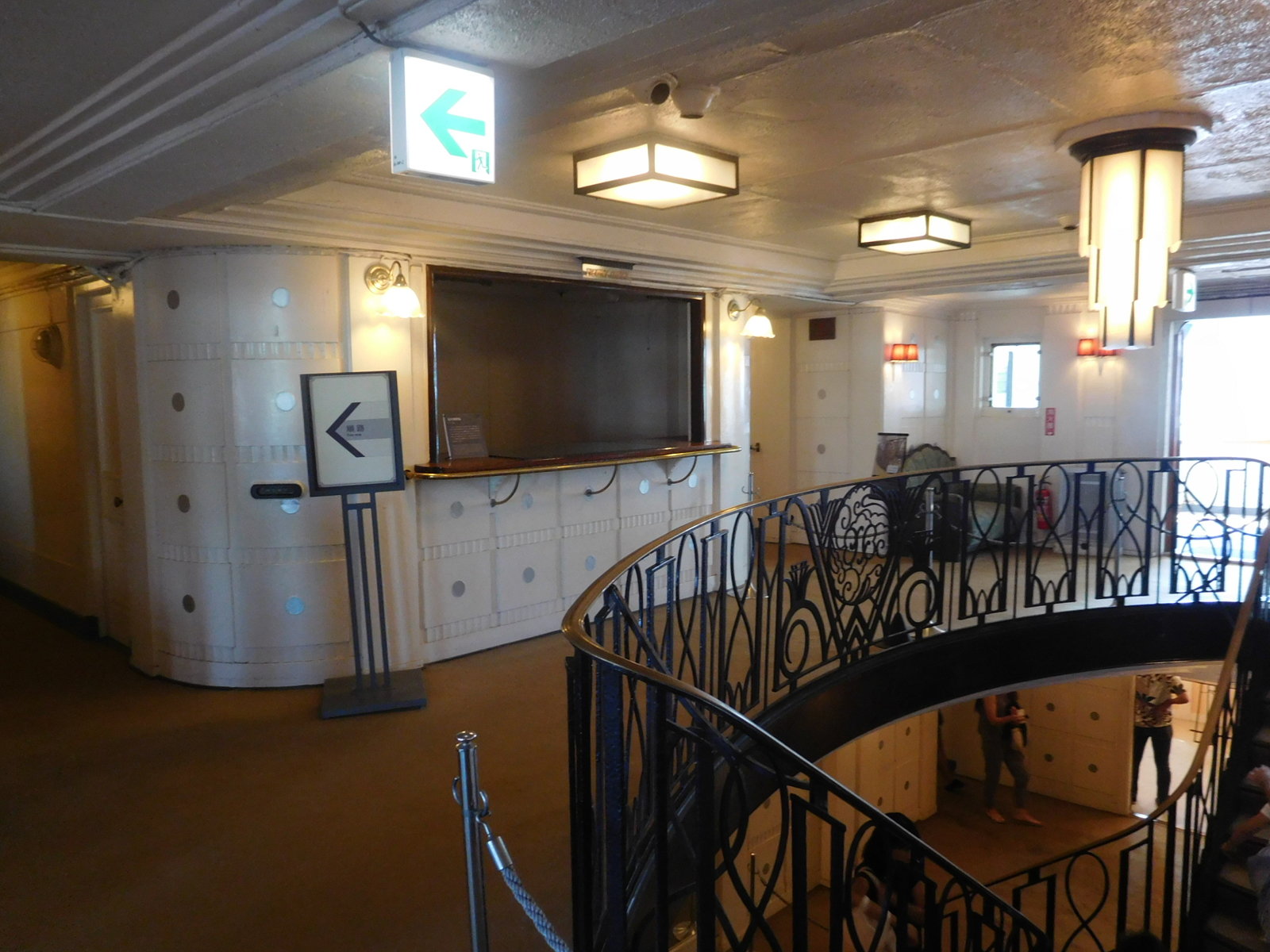 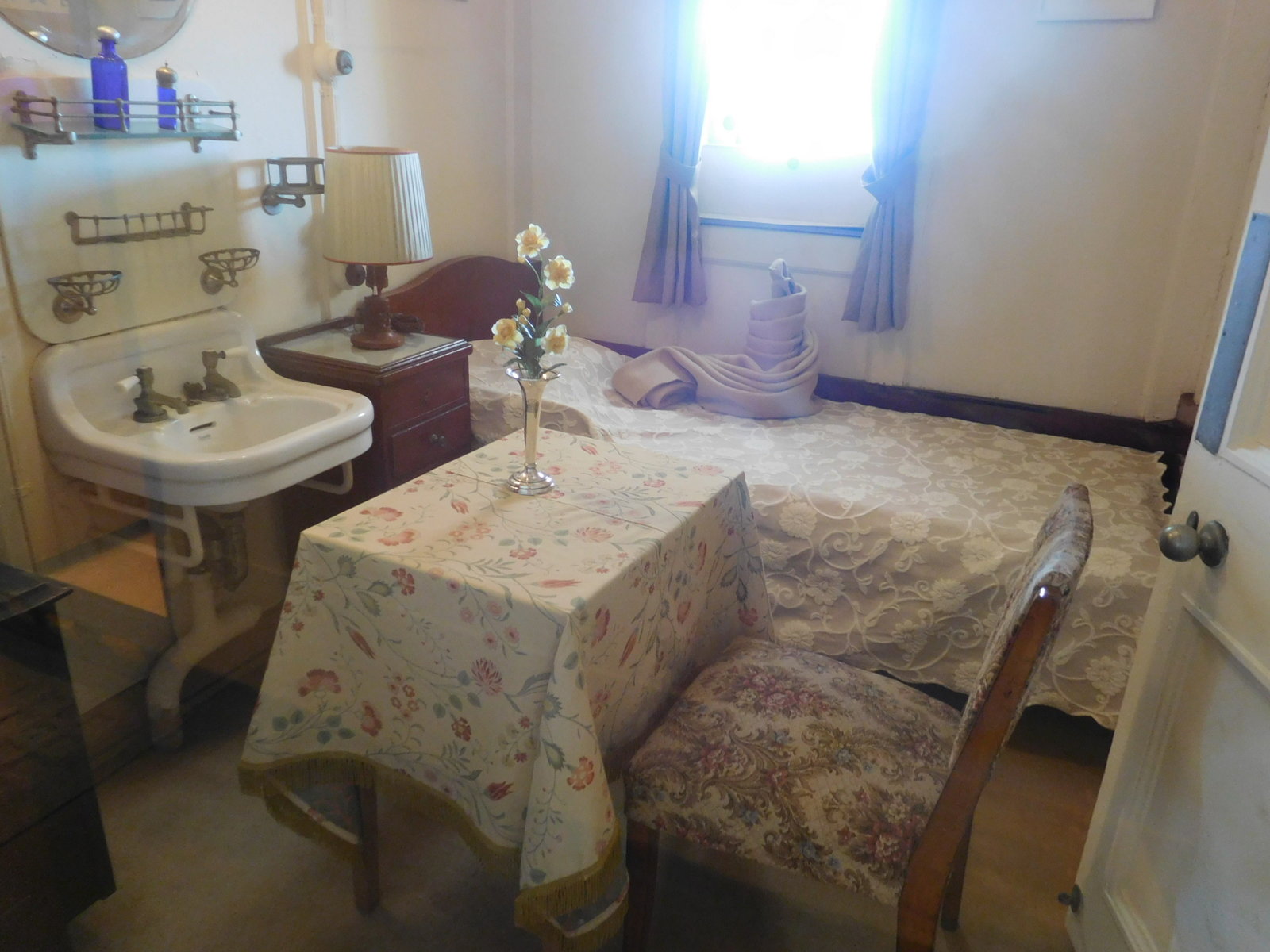 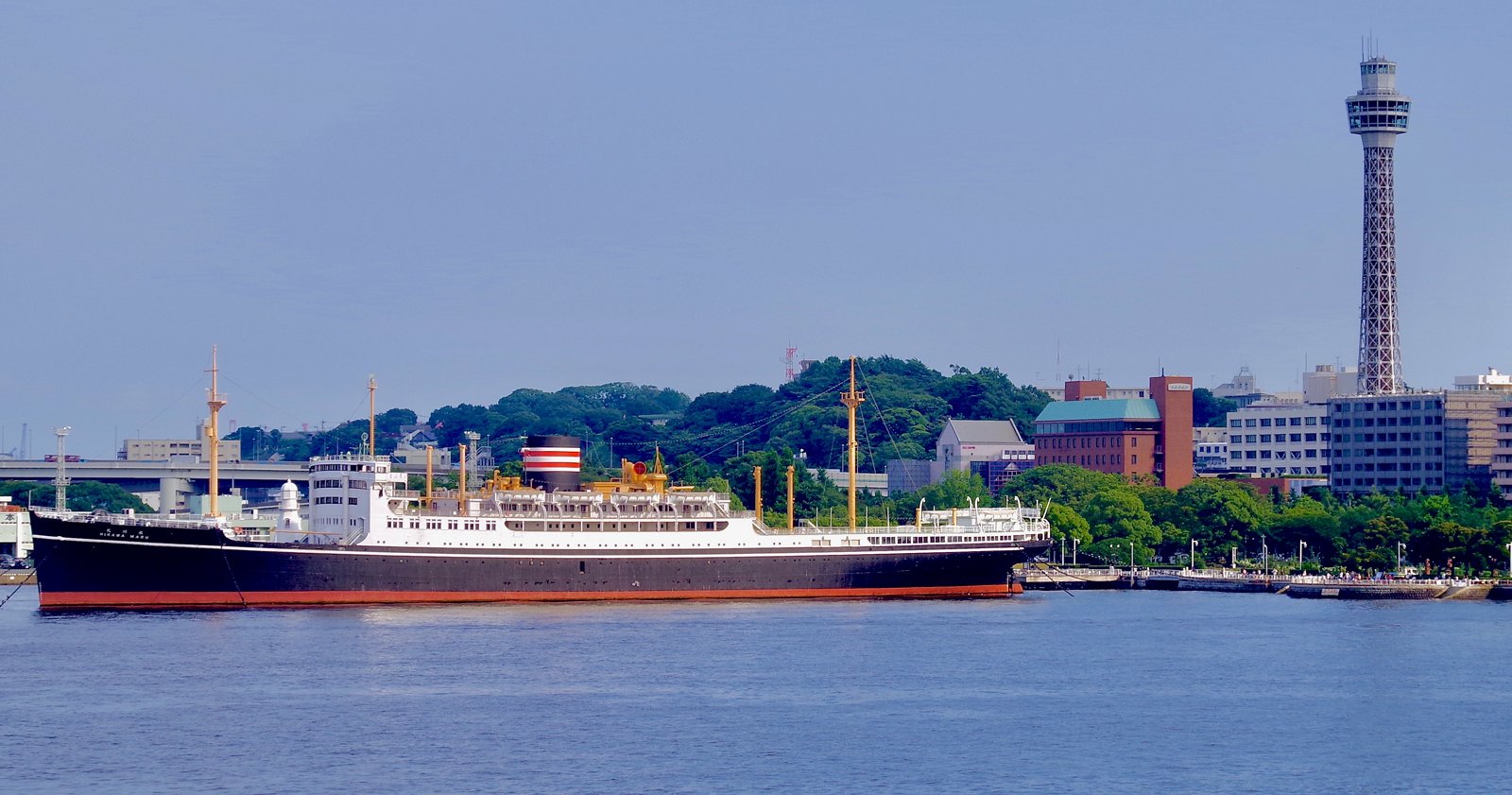 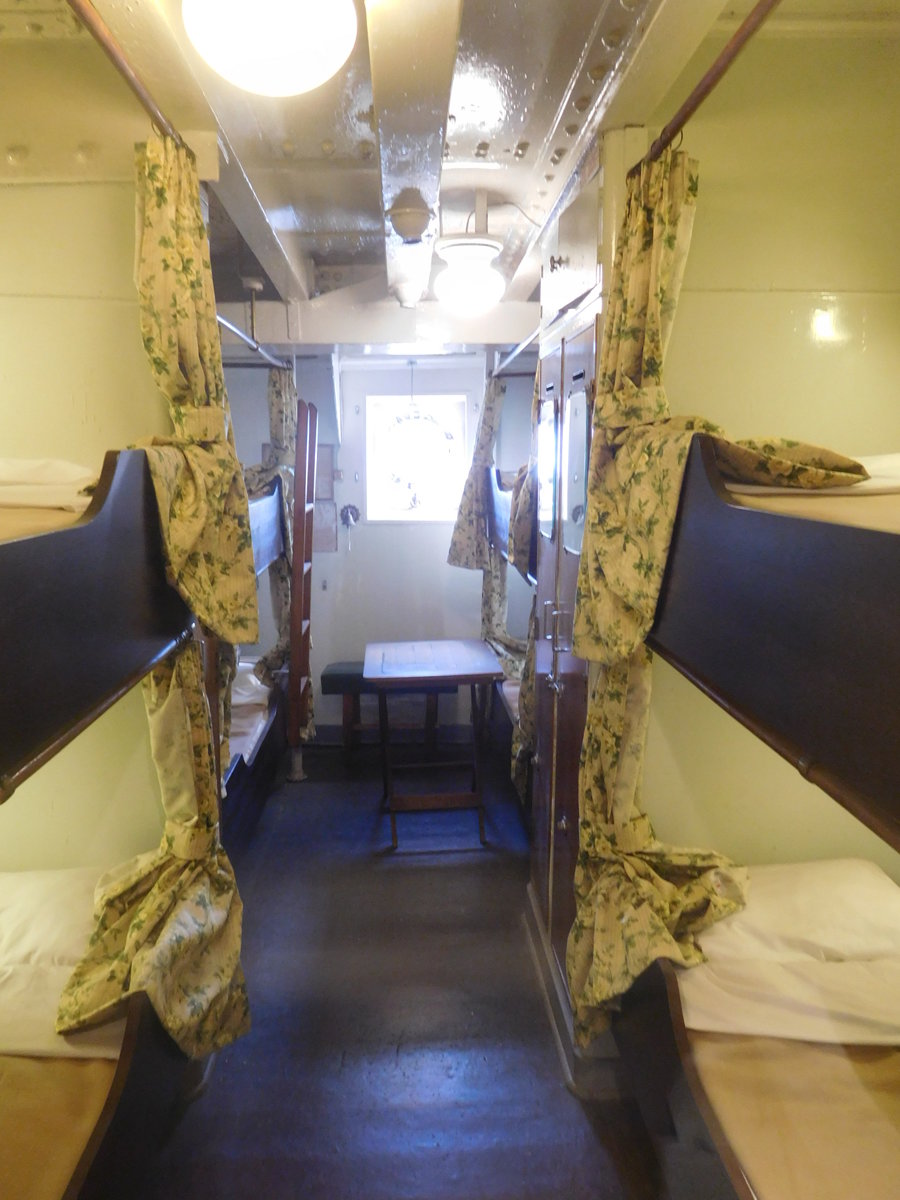 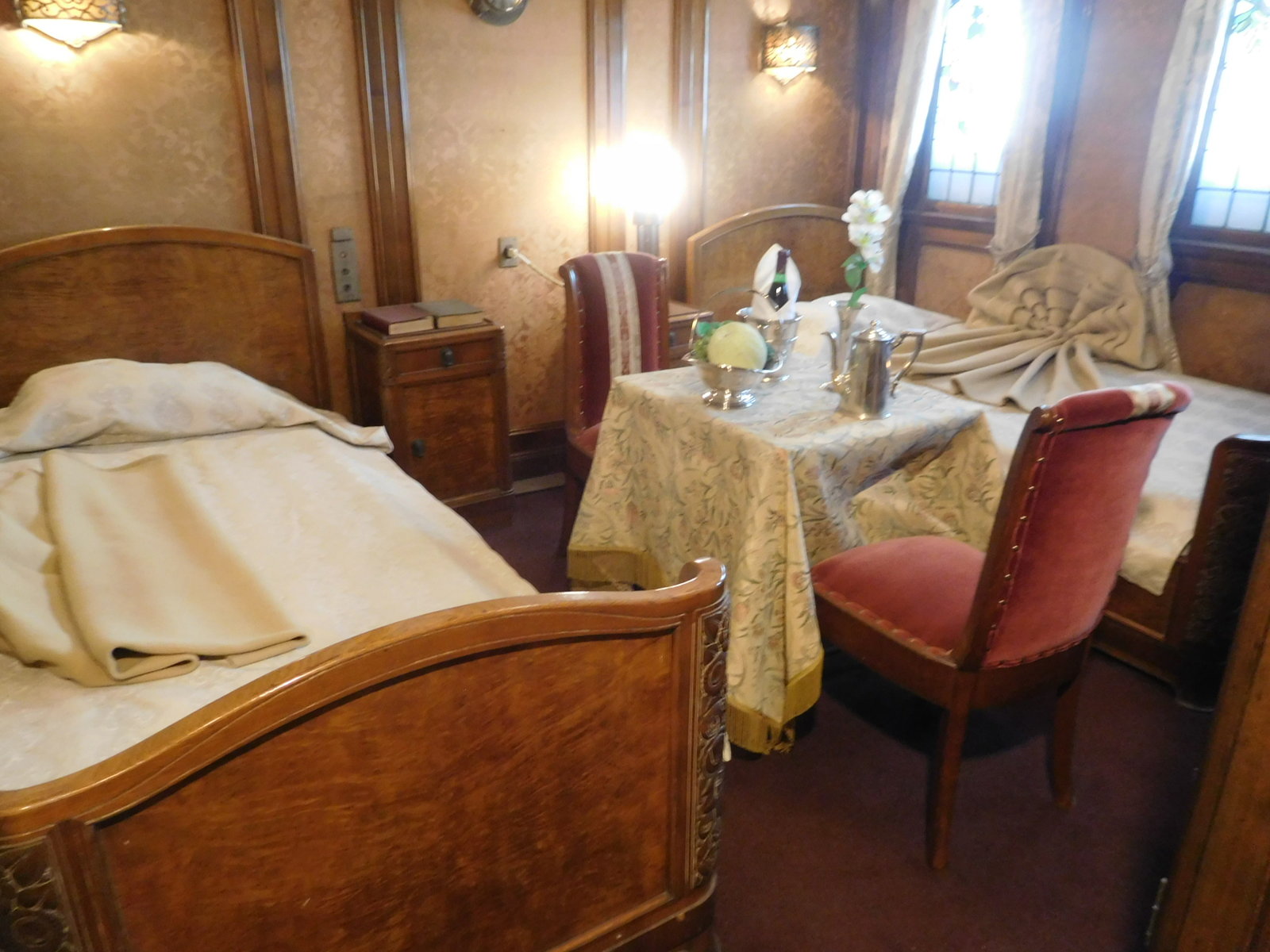 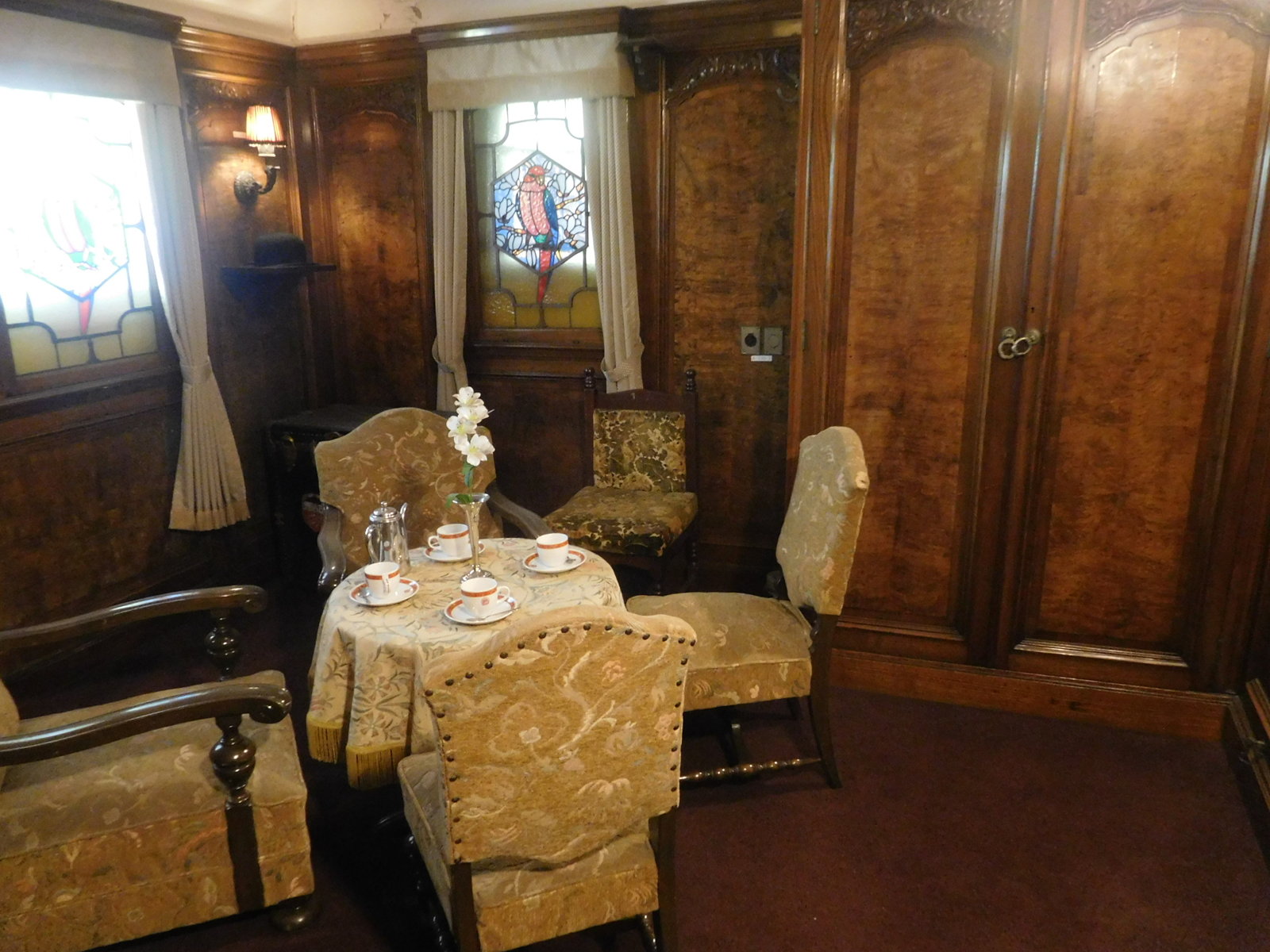 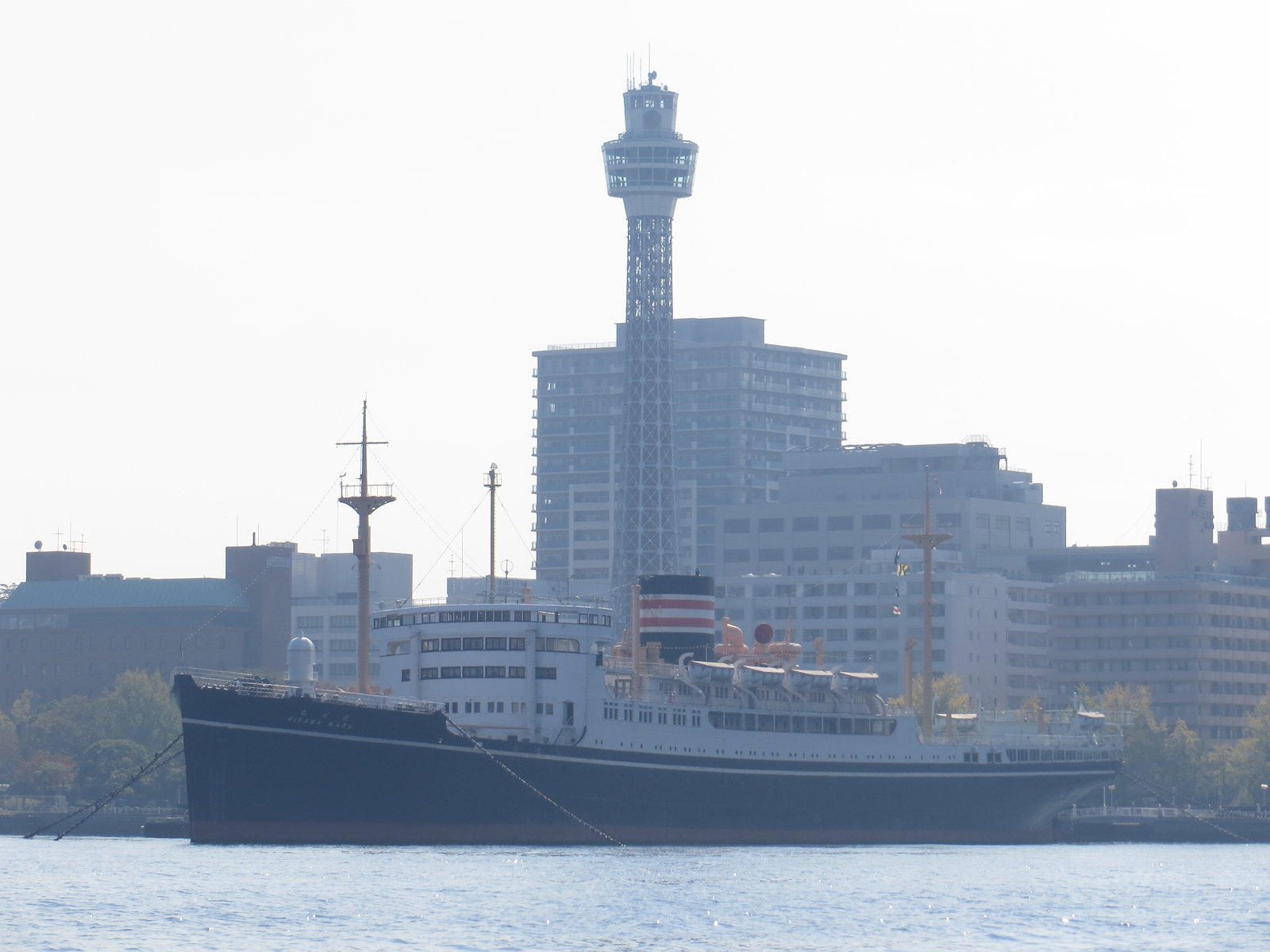