×
What are you looking for?
See all results
Cemeteries in London 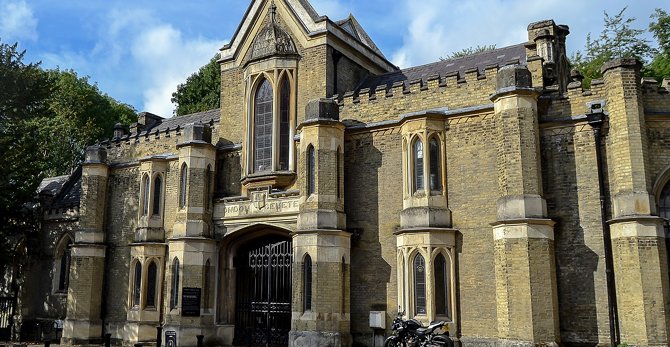 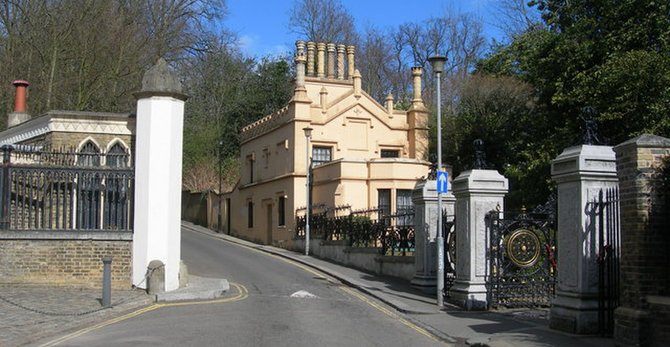 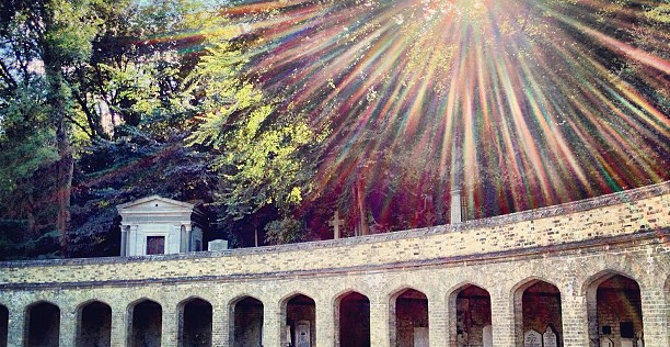 The cemetery is located on both sides of Swain's Lane in Highgate, N6, next to Waterlow Park. The main gate is located just north of Oakshott Avenue. There is another disused gate on Chester Road. The cemetery is in the London Boroughs of Camden, Haringey and Islington. The nearest transport link is Archway tube station.

The cemetery in its original form – the northwestern wooded area – opened in 1839, as part of a plan to provide seven large, modern cemeteries, known as the "Magnificent Seven", around the outside of central London. The inner-city cemeteries, mostly the graveyards attached to individual churches, had long been unable to cope with the number of burials and were seen as a hazard to health and an undignified way to treat the dead. The initial design was by architect and entrepreneur Stephen Geary.

On Monday 20 May 1839, Highgate Cemetery was dedicated to St. James by the Right Reverend Charles Blomfield, Lord Bishop of London. Fifteen acres were consecrated for the use of the Church of England, and two acres set aside for Dissenters. Rights of burial were sold for either limited period or in perpetuity. The first burial was Elizabeth Jackson of Little Windmill Street, Soho, on 26 May.

Highgate, like the others of the Magnificent Seven, soon became a fashionable place for burials and was much admired and visited. The Victorian attitude to death and its presentation led to the creation of a wealth of Gothic tombs and buildings. It occupies a spectacular south-facing hillside site slightly downhill from the top of the hill of Highgate itself, next to Waterlow Park. In 1854 the area to the east of the original area across Swains Lane was bought to form the eastern part of the cemetery. This part is still used today for burials, as is the western part. Most of the open unforested area in the new addition still has fairly few graves on it.

The cemetery's grounds are full of trees, shrubbery and wild flowers, most of which have been planted and grown without human influence. The grounds are a haven for birds and small animals such as foxes. The Egyptian Avenue and the Circle of Lebanon (topped by a huge Cedar of Lebanon) feature tombs, vaults and winding paths dug into hillsides. For its protection, the oldest section, which holds an impressive collection of Victorian mausoleums and gravestones, plus elaborately carved tombs, allows admission only in tour groups. The eastern section, which contains a mix of Victorian and modern statuary, can be toured unescorted.

The tomb of Karl Marx, the Egyptian Avenue and the Columbarium are Grade I listed buildings.

Highgate Cemetery was featured in the popular media from the 1960s to the late 1980s for its so-called occult past, particularly as being the alleged site of the "Highgate Vampire".

The Friends of Highgate Cemetery Trust was set up in 1975 and acquired the freehold of both East and West Cemeteries by 1981, since when they have had responsibility for the maintenance of the location. In 1984 they published Highgate Cemetery: Victorian Valhalla by John Gay.

The most famous burial in the East cemetery is arguably that of Karl Marx (whose tomb's attempted bombings on 2 September 1965 and in 1970 are still recalled by some Highgate residents), and it is celebrated by a memorial (he was buried nearby).

There are many other prominent figures, Victorian and otherwise, buried at Highgate Cemetery. Most of the historically notable figures lie in the eastern part. Tours of the most famous graves are available but, due to vandalism and souvenir hunters, visitors are no longer allowed to explore unaccompanied, unless they have a personal connection with the cemetery and hold a pass to their deceased relative's grave.

The cemetery contains the graves of 316 Commonwealth service personnel maintained and registered by the Commonwealth War Graves Commission, in both the East and West Cemeteries, 257 from the First World War and 59 from the Second. Those whose graves could not be marked by headstones are listed on a Screen Wall memorial erected near the Cross of Sacrifice in the older (western) cemetery.

As of 1 March 2013, a new pricing structure was implemented at Highgate Cemetery. The West Cemetery is accessible by guided tour only, the cost of which has increased to £12 per adult and £6 per child. However, this now includes access to the East Cemetery and a map. The tour lasts for approximately one hour.

Booking for a weekday tour (13h45) is essential and can be done via the Cemetery's website. However, weekend tours do not need to be booked online in advance and tickets can be purchased in person on the day for tours later that same day. These start at 11h00 and the last tour during summer hours departs at 16h00.

There are now no longer concessions for students, a decision taken in line with the policy of the National Trust.

HISTORY UK
This cemetery’s most famous resident is Karl Marx. In 1970 it became the scene of a mass hunt for the ‘Highgate Vampire’, sparked by local rumours of supernatural activity.

DAZED AND CONFUSED
Not as morbid as one might assume - Highgate Cemetary is as atmospheric and picturesque as it is historically pertinent. Be sure to visit Karl Marx's grave.
Load more comments
foursquare.com

Waterlow Park is a Шаблон:Convert park in the south east of Highg 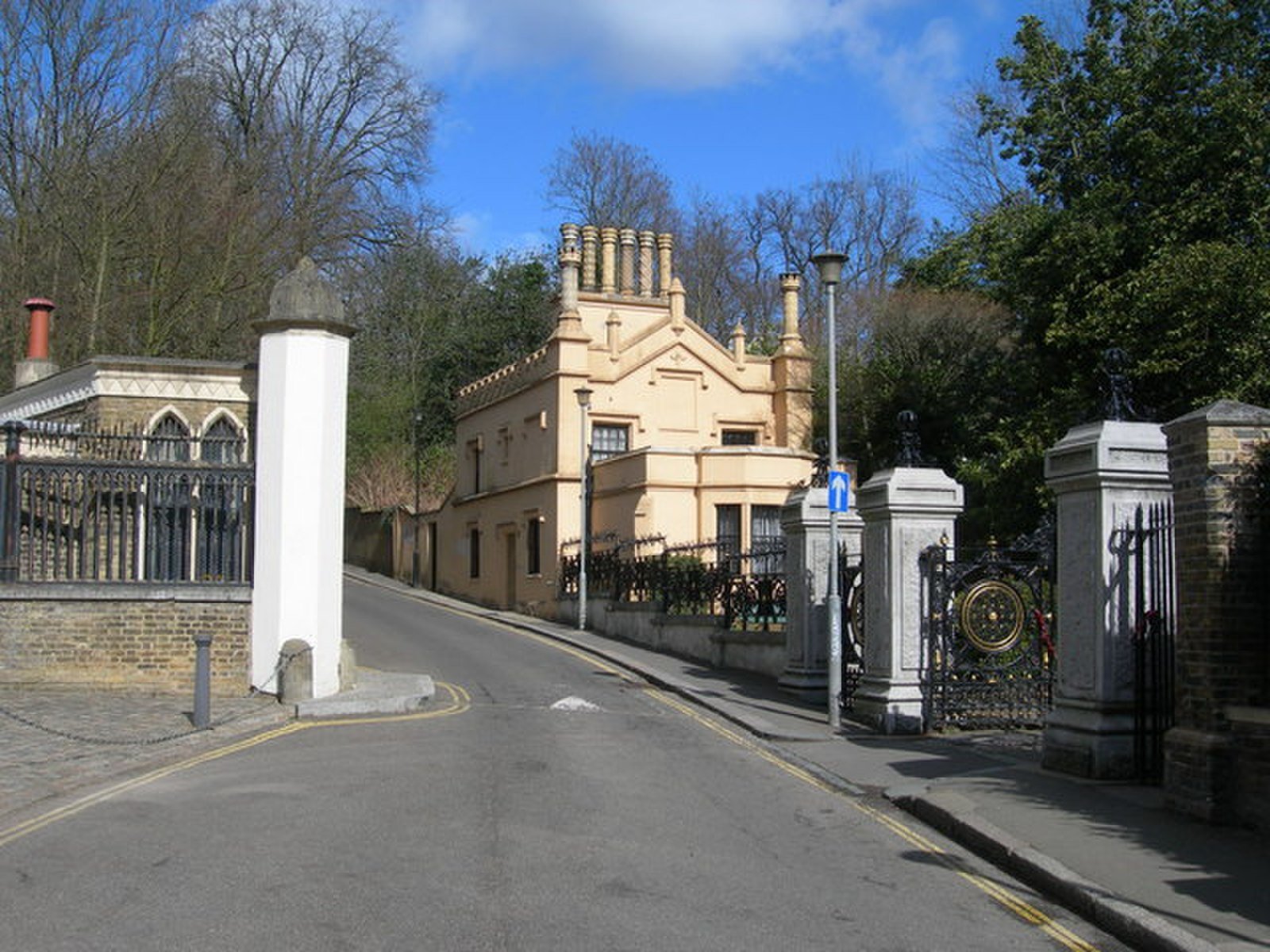 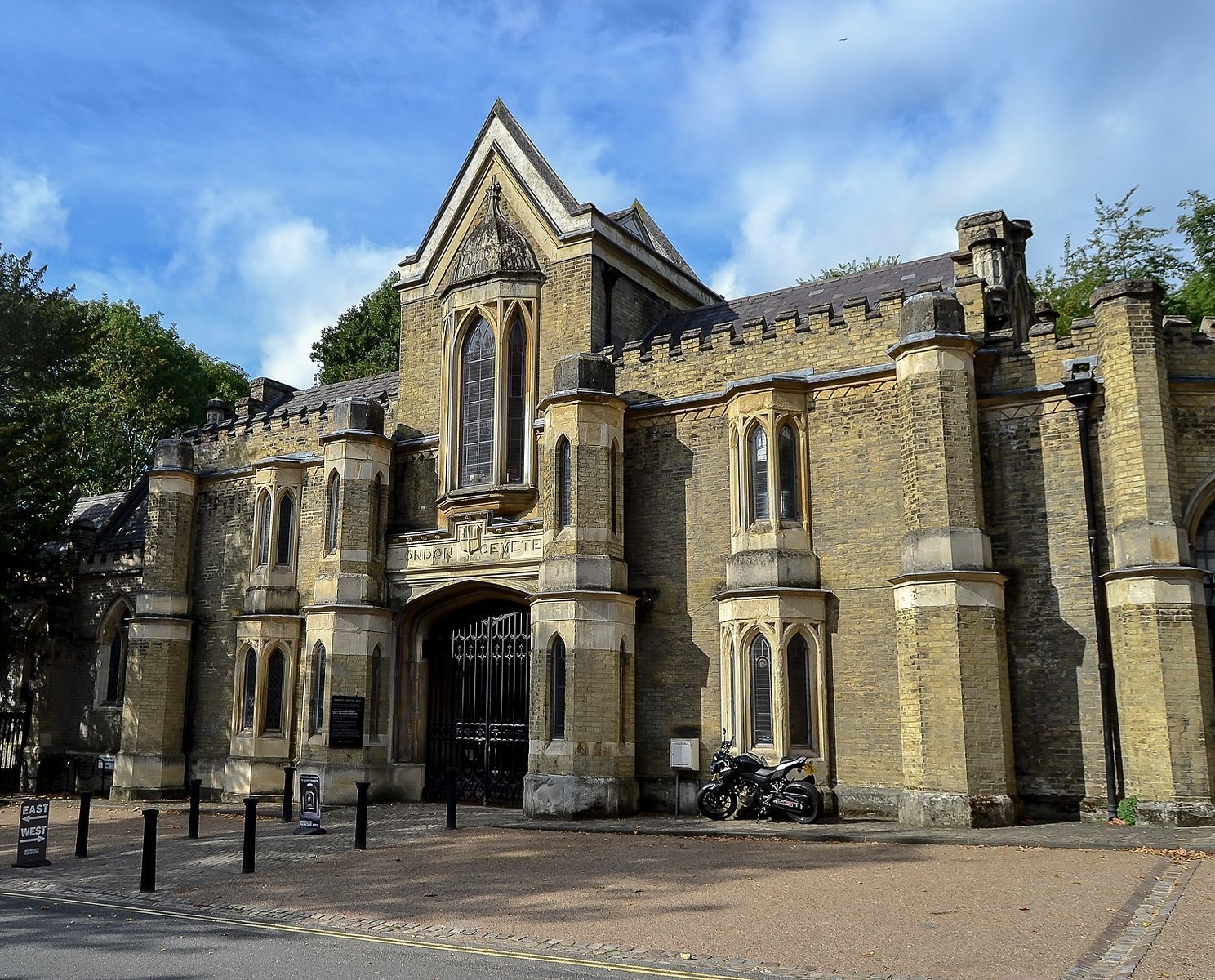 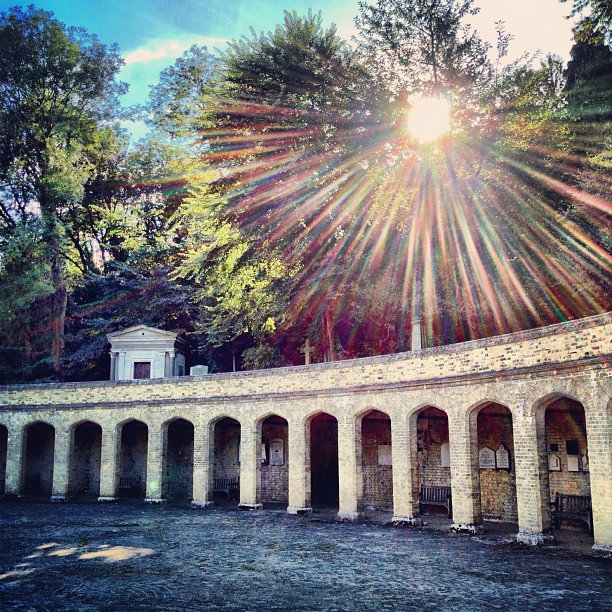 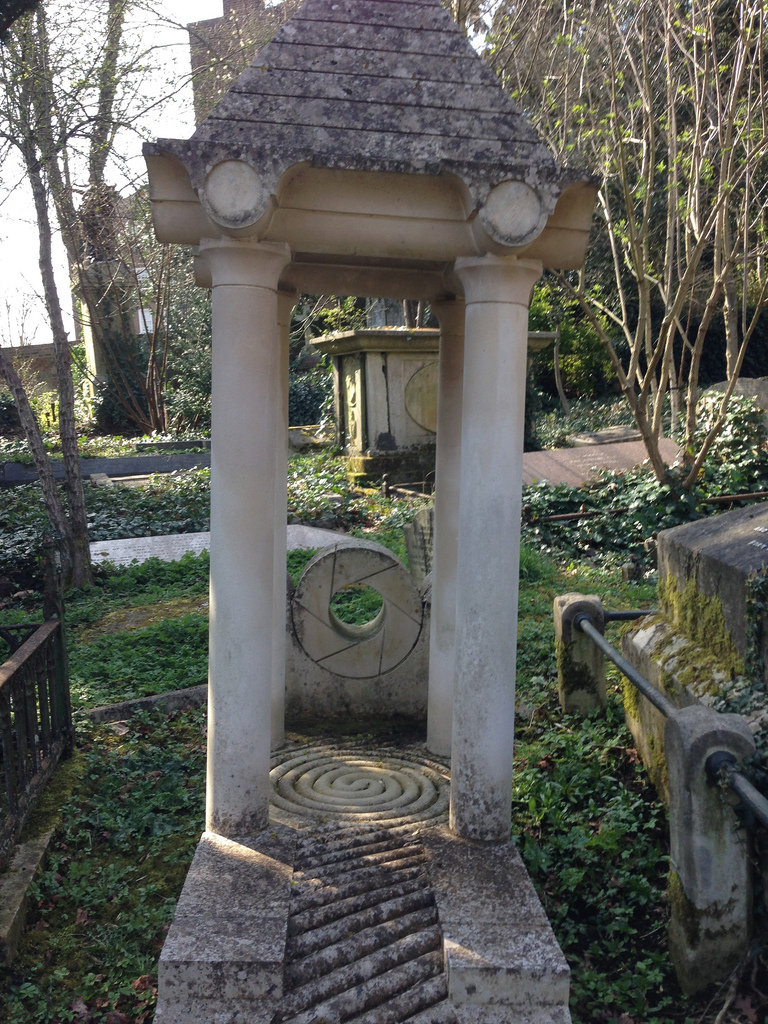 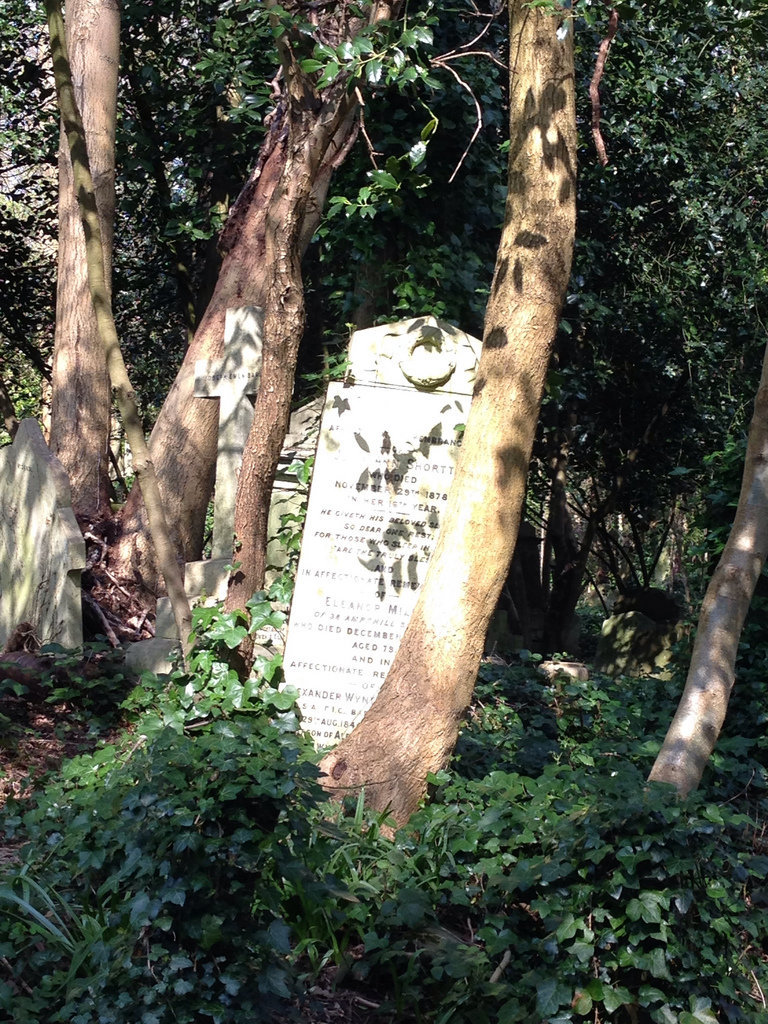 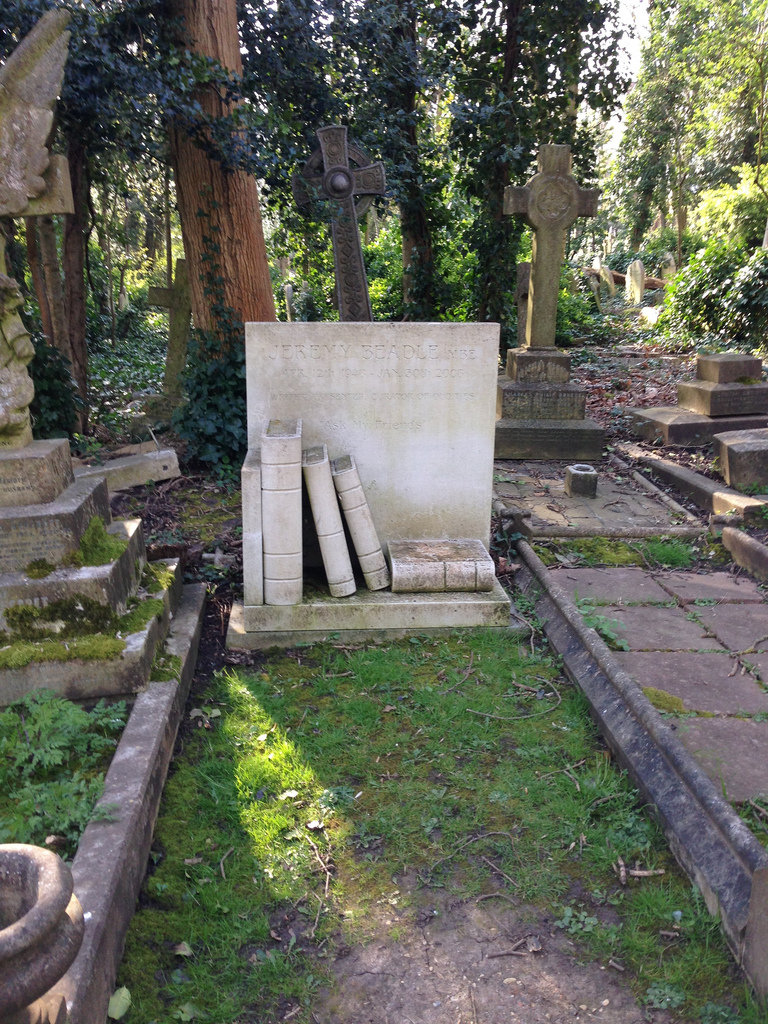 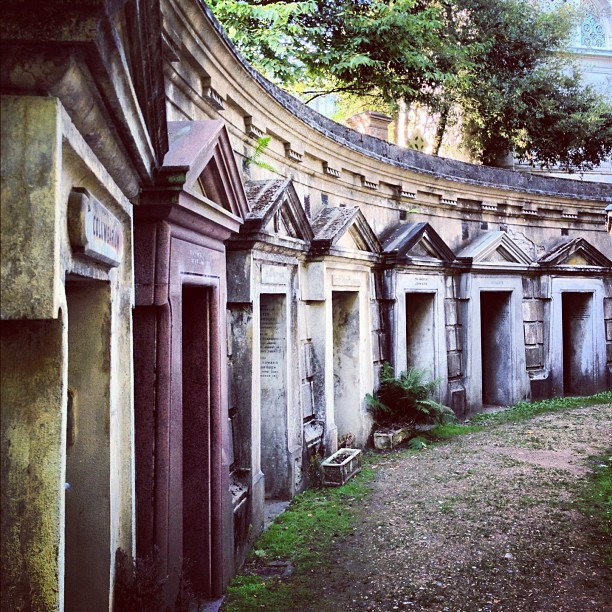 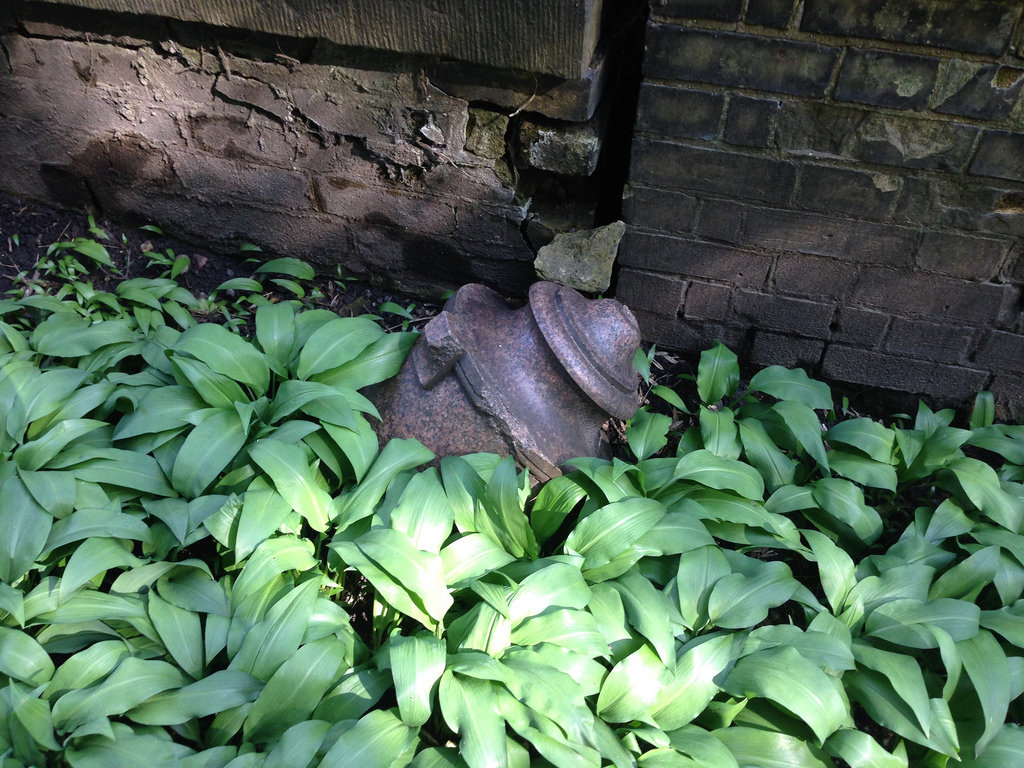 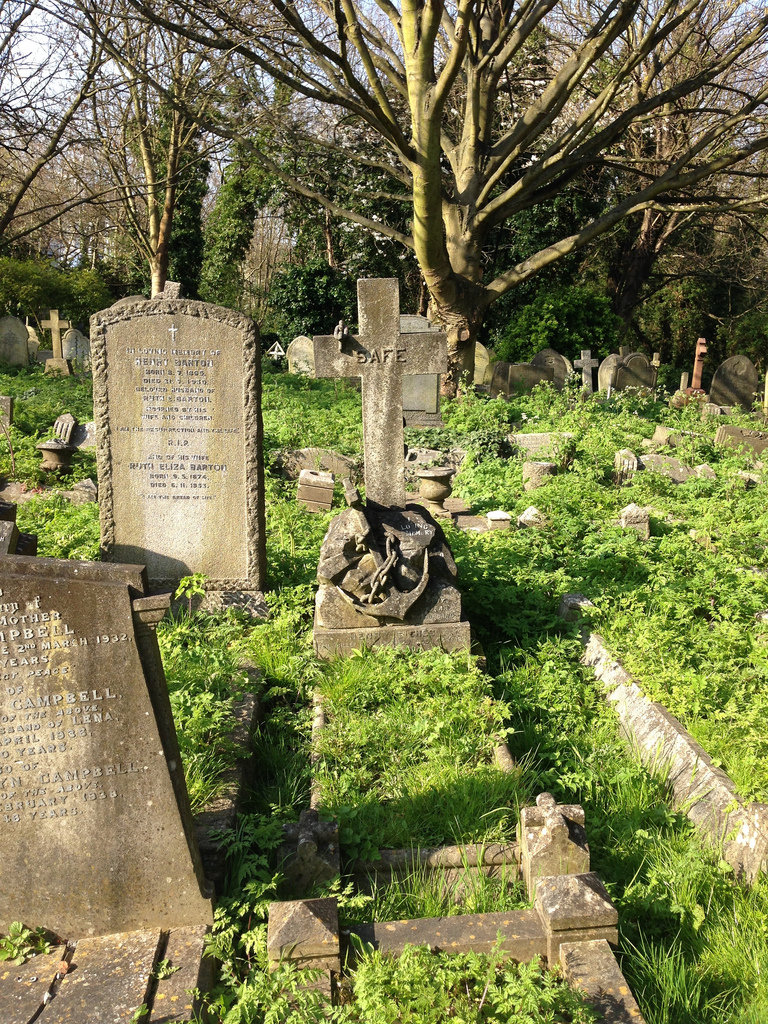