×
What are you looking for?
See all results
Planetaria in New York The Hayden Planetarium is a public planetarium located on Central Park West, New York City, next to and organizationally part of the American Museum of Natural History.

Since February 2000, the planetarium has been one of the two main attractions within the Rose Center for Earth and Space. The top half of the Hayden Sphere houses the Star Theater, which uses high-resolution fulldome video to project “space shows” based in scientific visualization of current astrophysical data, in addition to a customized Zeiss Star Projector system replicating an accurate night sky as seen from Earth. The bottom half of the Sphere is home to the Big Bang Theater, which depicts the birth of the universe in a four-minute program. As visitors leave the Planetarium theater, they exit to the Size Scales of the Universe exhibit which shows the vast array of sizes in the universe; the walkway itself is a timeline of the Universe from the Big Bang to the present. This exhibit leads to the Big Bang Theater and exits to the Cosmic Pathway, which shows the history of the universe. From the bottom of the Cosmic Pathway, visitors can stop by the Hall of Planet Earth to explore geology, weather, plate tectonics and more, or go down to the Hall of the Universe to explore the realms of planets, stars, galaxies and more.

The Hayden Planetarium offers a number of courses and public presentations including the Frontiers of Astrophysics and Distinguished Authors lecture series.

When the Hayden Planetarium reopened after renovation in 2000 with a model of only eight planets, excluding what was then called planet Pluto, it resulted in a headline-making controversy.

Rami A
I've come a long way for this place. It was a very memorable and moving experience. The "Dark Universe" show is unique and truly captivating, narrated by the one and only Neil Degrasse Tyson.

John B
Any time you think the world revolves around you, go watch the show and have Whoopi Goldberg explain to you that it doesn't.
Load more comments
foursquare.com

The American Museum of Natural History (AMNH), located on the Upper

Strawberry Fields is a 2.5-acre (1.0 ha) landscaped section in New

The Adler Planetarium & Astronomy Museum in Chicago, Illinois was

The Clark Planetarium is situated within the Gateway District at the

The Suffolk County Vanderbilt Museum is located in Centerport on the

The Newark Museum is the largest museum in New Jersey, USA. It holds 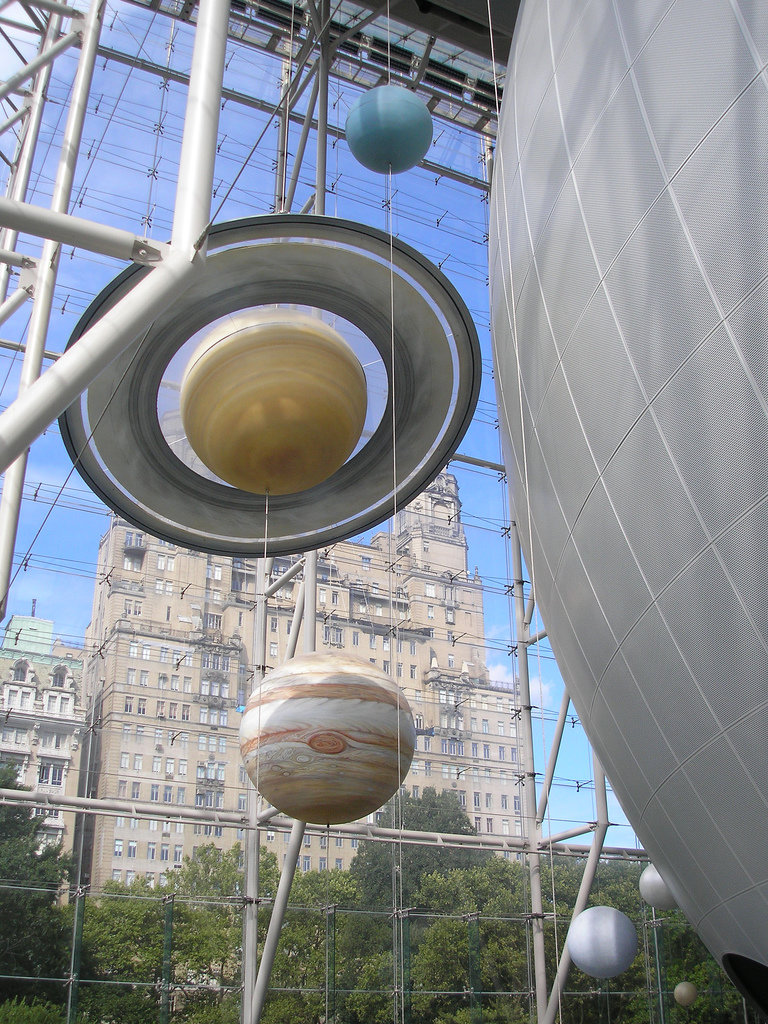