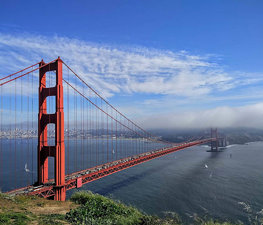 It is the lookout point for the largest known flight of diurnal raptors in the Pacific states. Each autumn, from August into December, tens of thousands of hawks, kites, falcons, eagles, vultures, osprey, and harriers are funneled by the peninsular shape of Marin County into the headlands. Hawks avoid flight over water since warm thermals that provide lift are rare. Abundant populations of small mammals protected by the park are one resource that helps maintain the large number of visiting raptors in the Headlands during the fall, but the strong onshore winds hitting the hills of the Headlands provide cold updrafts and hot late summer days provide warm thermals that allow these birds to fly more efficiently.

Volunteers with the Golden Gate Raptor Observatory count and track this fall migration using bird-banding and radio-tracking techniques, all in cooperation with the National Park Service.

The following table lists the annual average number of sightings by the GGRO in the Marin Headlands during autumn, for the years 2001-2009.

And All You See Are Zeros and Ones — Thomas Hawk @ Flickr

Vivian Wong
Biking up here before the #sunrise is a definite treat. Some days you can watch the #fog roll onto San Francisco. It's #beautiful

Edward Homick
This is one of the best hidden gems in the entire bay area. Amazing lookout at the top of the entire city skyline and the golden gate bridge. Still one of my favorite scenic places in the SF area

Fodor's Travel
Visit Hawk Hill on a clear day in the early afternoon and bring along a picnic lunch (park your car facing the view and enjoy), a windbreaker, and binoculars.

Ben Stott
I can confirm it is indeed a hill and there are in fact, hawks. Best experienced by bike.

Pavan Kulkarni
One of the best views of the golden gate. To get here take the immediate next exit after the golden gate vista point exit and make a left.

Adam Debreczeni
Great view of San Francisco and the bay. Go early on a weekday to miss all the tourists and traffic. And, watch out for cyclists!
Load more comments
foursquare.com
9.2/10
Fox Amoore, Daria В. and 39,674 more people have been here
I've been here
Add to wishlist

Vista Point is a tourist attraction, one of the Scenic Lookouts in

The Golden Gate Bridge is a suspension bridge spanning the Golden

Fort Baker is one of the components of California's Golden Gate

The Bay Area Discovery Museum is a children's museum located in

Fort Point is a masonry seacoast fortification located at the southern 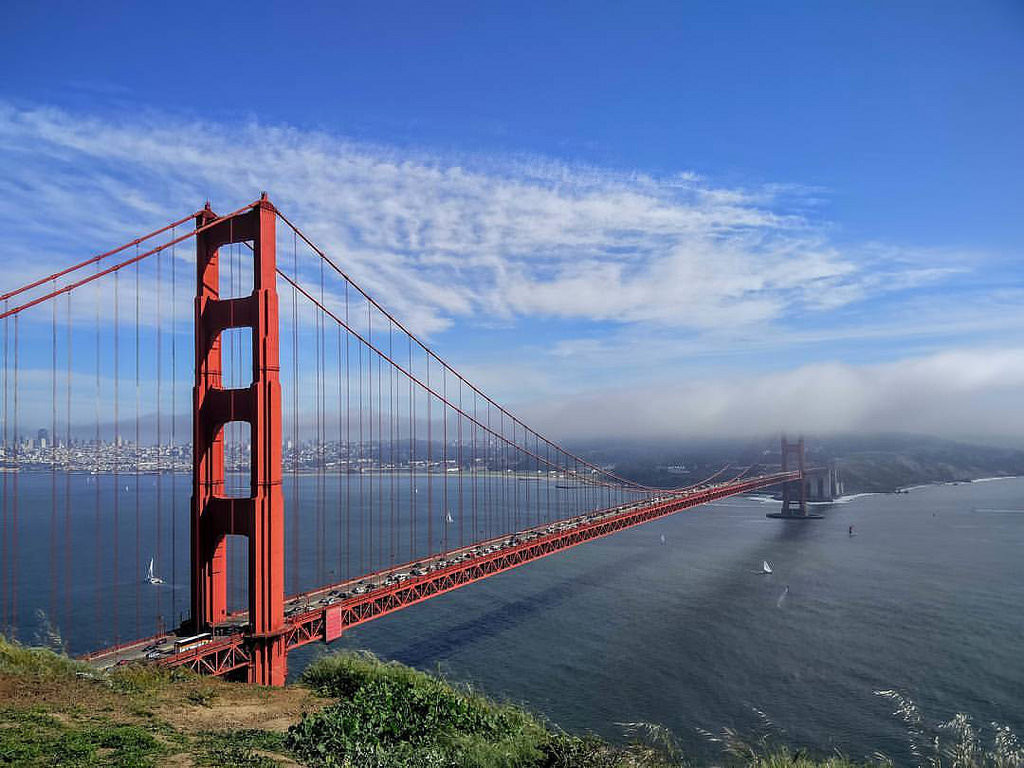