×
What are you looking for?
See all results
Aquaria in Vienna 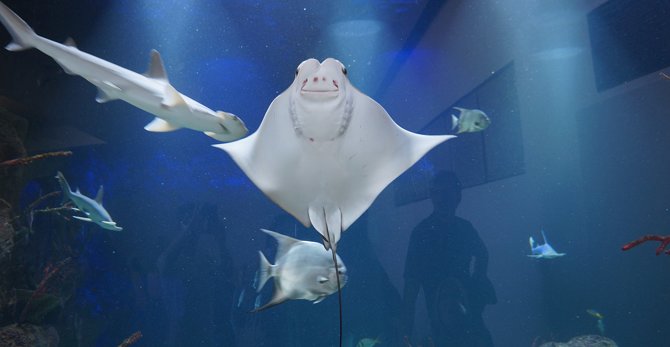 The Haus des Meeres (HdM, English: House of the Sea) is a public aquarium in Vienna, Austria. It is located in Esterhazy Park in downtown Mariahilf district, one block south of the busy Mariahilfer Straße. The Haus des Meeres houses over ten thousand aquatic beings on an area of around four thousand square meters inside a tall concrete flak tower built during World War II. In 2009 the Haus des Meeres attracted a record high of 353,000 thousand visitors, reaching number ten in the list of tourist attractions in Vienna in a year when other venues lost visitors in the wake of the global financial crisis. The Haus des Meeres is managed by Aqua Terra Zoo, a private non-profit organization which, according to its web site, receives only marginal financial support from municipal authorities. However, the maintenance costs for the former flak tower are paid by the taxpayer.

The first public seawater aquarium in Vienna was opened in 1860 by Gustav Jäger. Jäger's aquarium, like its contemporaries, relied on regular delivery of natural seawater. It became a reality in 1854 with the construction of the Semmering railway linking Vienna with the Mediterranean coast. After two years of experimenting with small seawater tanks Jäger built a large aquarium for public display. He described the feelings of contemporary people who faced the unknown submarine world: "The first-time visitor ... cannot contain his inner excitement. His curiosity is so great that he can hardly enjoy the moment: I am sorry, but he looks so helpless, as if he has suddenly found himself among people whose language he neither speaks nor understands." Visitors sought new experience, but resisted believing what they saw behind the glass. The aquarium was a financial loss, and Jäger had to close it after four years of operation.

The concrete tower housing present-day aquarium was erected as a fire control flak tower in ten months, October 1943 – July 1944. The tower is 47 meters tall, with a footprint of 31×15 meters, and its gross volume, including extensive foundations, reaches 55 thousand cubic meters. In 1944 it was crowned with a Würzburg radar dome. In case of imminent air raid threat, the radar could be lowered into a safe concrete shaft with 3.5 meter thick concrete walls. The subordinate gun battery tower is located inside a city block north of Marihilfer Straße. The two towers operated as a single combat unit, in cooperation with two other pairs of flak towers built in Augarten (north) and in Arenberg Park (south-east). After the war the tower in Esterhazy Park was temporarily used as a hotel with 38 rooms in a bunker, and then converted to a fire station.

The community of volunteers moved into the flak tower in November 1957. The ground floor and the bunkers were then occupied by the firefighters, which left only one and half habitable floors for the exhibition. The rest of the tower was filled with rubbish and open to the elements. Step by step, the aquarium conquered the empty shaft by building one floor after another. Eventually, when the aquarium expanded to six floors, the firefighters left the buildings, and the aquarium staff was at last allowed to clear the basement of war relics.

In 1991 the building was crowned with a lightweight wraparound box with the slogan Smashed to Pieces .. In the Still of the Night (in English and German), a memorial against war and fascism designed by Lawrence Weiner. Eventually it became an obstacle to the expansion plans. The city authorities divided whether Weiner's work was a disposable billboard or a piece of artistic heritage, but by 2005 the latter viewpoint prevailed and the city picked up its maintenance costs. The old elevator, installed in 1944, operated without failure until 1997. It was replaced during an extensive renovation that enabled opening of three new floors (7, 8 and 9). The glass wings which house the reptiles and tropical birds, were added in 2000 and 2007. As of 2010, the tower houses ten habitable above-ground floors plus an open sightseeing roof deck. The tenth floor, which recreates a flak turm control vault, houses World War Two exhibits and is open only on weekends, with advance registration of visitors. The expansion had a side effect: the City of Vienna struck the "defaced" tower off the list of protected landmarks but enforced preservation of Weiner's billboard.

In 2007 the Haus des Meeres installed its largest, 300,000 liter tank for sharks. On May 7 the aquarium moved six adult blacktip sharks, properly sedated, to the new tank. All sharks quietly died in a few hours after awakening. Autopsy revealed fatal internal bleeding which was blamed on stress (after the accident other zoos confirmed that blacktip sharks are, indeed, prone to stress injury). The four replacement sharks of the same species that were delivered next month survived without lasting effects. The gravel lining the bottom of the tank was recycled from World War Two concrete which was torn down during the expansion. It is visible on the 55 euro cent commemorative stamp 50 Jahre "Haus des Meeres" issued by the Austrian Post in 2007.

The global financial crisis caused an abrupt drop in visitor numbers of Viennese art museums. The Haus des Meeres, on the contrary, steadily attracted more visitors every year: 258 thousand in 2007, 336 thousand in 2008, 353 thousand in 2009. In 2009 it rose to number ten in the list of Vienna's tourist attractions ranked by ticket sales, despite a significant increase in ticket price.

Further expansion and ownership of the tower is a controversial matter. The property is owned by the City of Vienna, which pays for the maintenance costs, and is determined to get rid of the financial burden. In 2008 the City proposed selling the tower to an outside investor and approved plans to build a private hotel on top of the flak tower. The plans were vocally opposed by the residents of Mariahilf. The Haus des Meeres itself wanted to retain future upward expansion rights. They proposed building three new exhibition space floors inside an all-glass capsule shaped like a manta ray. As of 2010, both these projects were canceled. The Haus des Meeres received a vote of confidence from local residents but had to choose a less radical solution. The six million Euro expansion project, scheduled for 2011, will add a million-liter fish tank and an open-air restaurant. The city officials are willing to consider the sale of the building to the Haus des Meeres, on condition that the new owner preserves Weiner's artwork and picks up the maintenance bill from the taxpayers.

J Kofler
Be prepared to queue, esp. on weekends, but the visit is definitely worth the wait. Amazing what they made out of an old Nazi building. The zoo is small, but nice. Amazing view from the top floor!

Anton Klink
Free-ranging bats, birds and monkeys plus exotic sea dwellers plus viewing platform, all in a WWII air defense tower. Watch out for peeing bats! One of the best places to visit in Vienna.

Cat Cat
Really friendly staff, happy to explain things! Lockers available. If visiting with baby, leave the stroller at the front and use a baby carrier. View from the cafe at the roof top is spectacular!

Clemens
Great view form the rooftop terrace, very children friendly environment. If you plan to go there more often I recommend the annual pass for EUR 30.

The Leopold Museum, housed in the Museumsquartier in Vienna, Austria,

The Naschmarkt is Vienna's most popular market. Located at the

The Volkstheater in Vienna (roughly translated as 'People's Theatre')

Located in Vienna, The Secession building was built in 1897 by Joseph

The Bermuda Aquarium, Museum & Zoo (BAMZ) is a facility located in

The National Mississippi River Museum & Aquarium is a museum 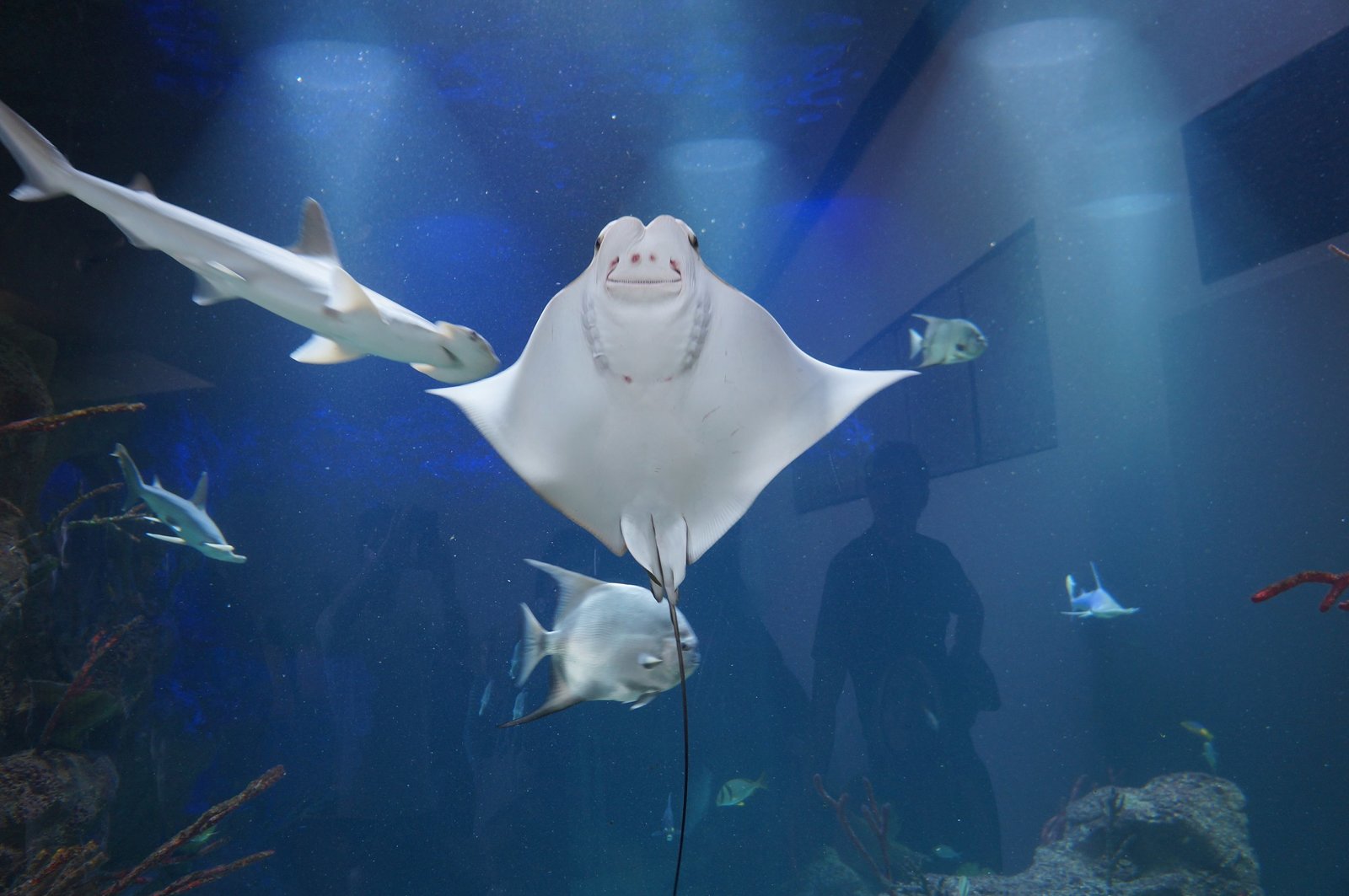 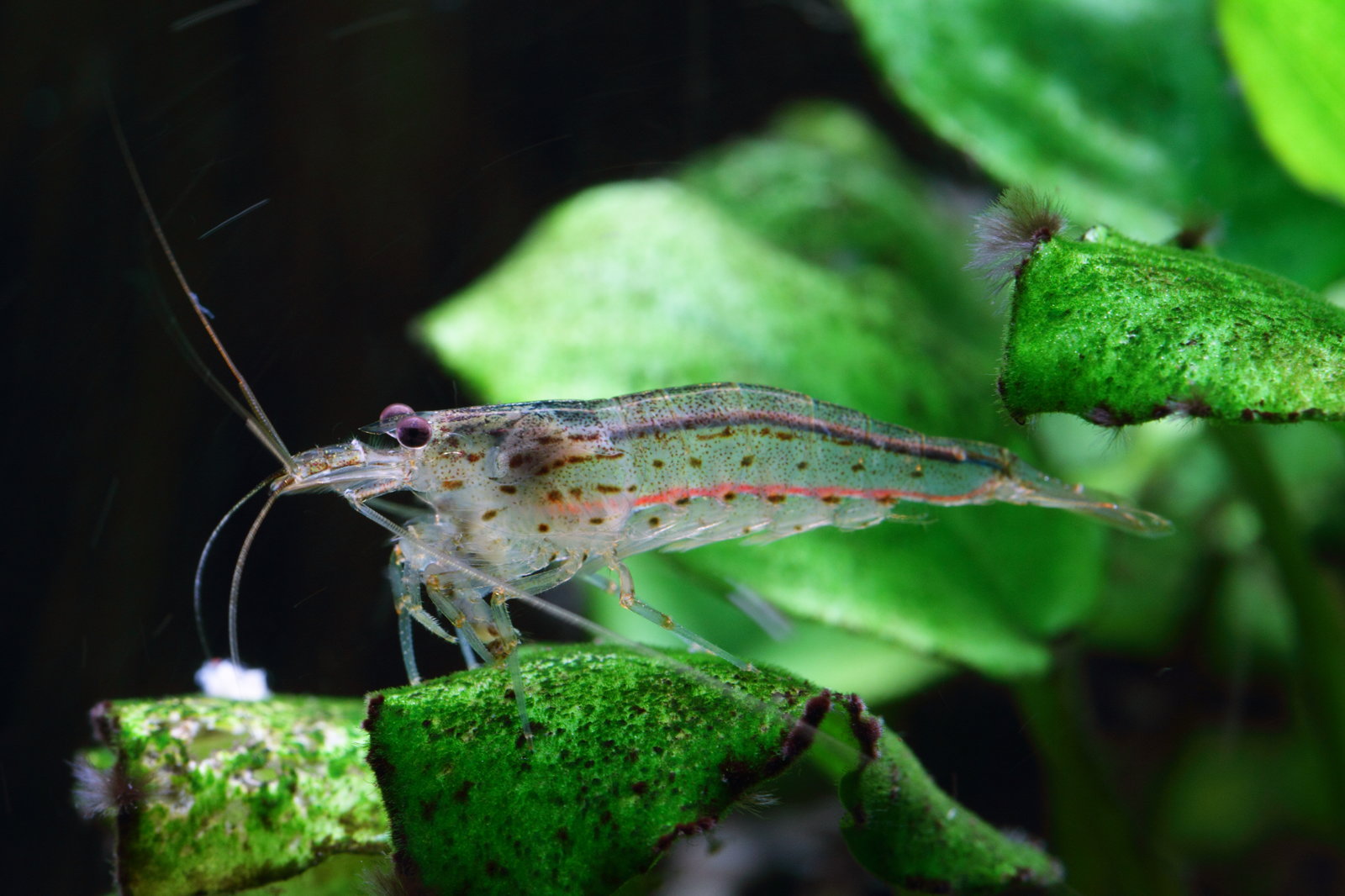 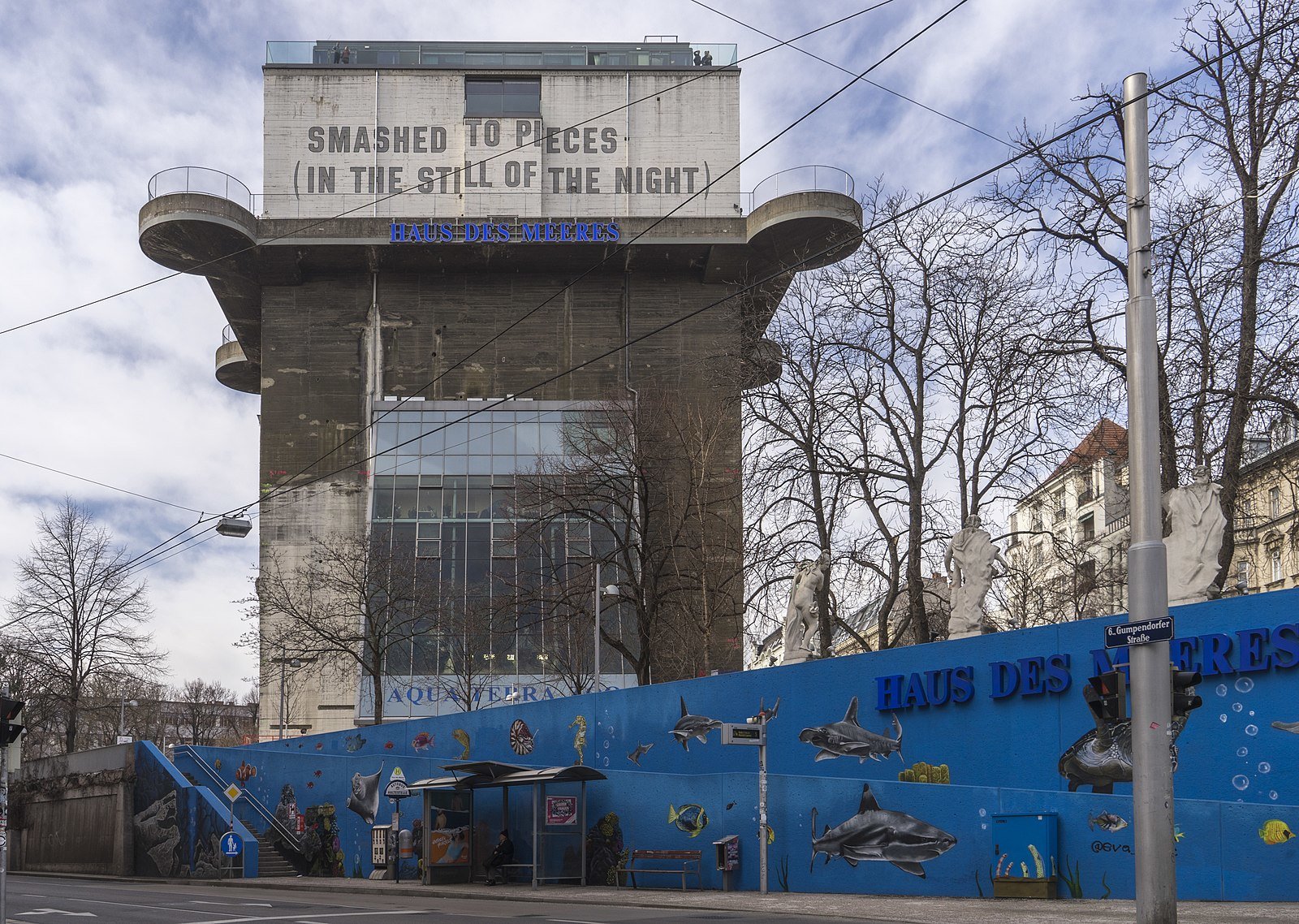 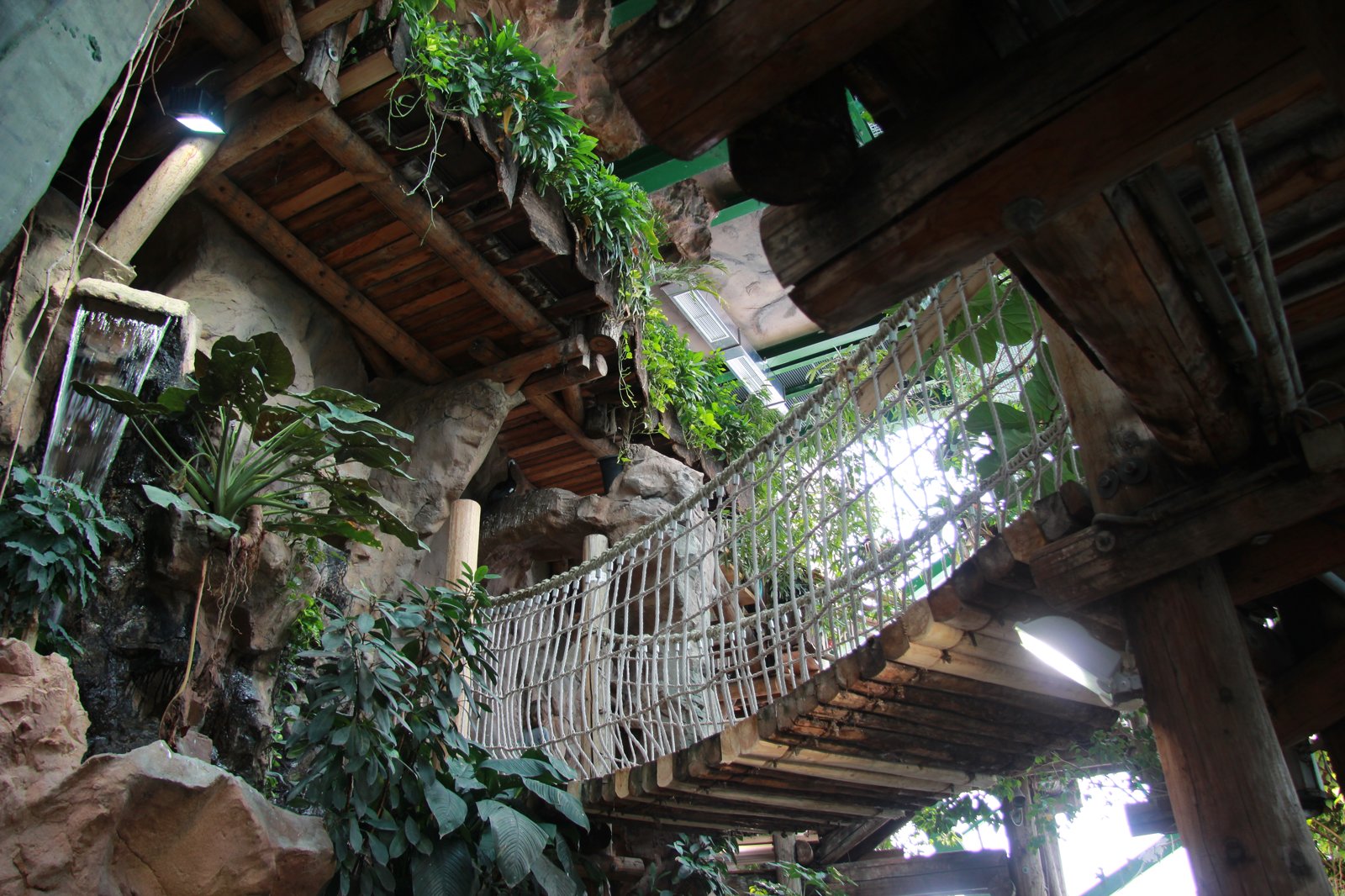 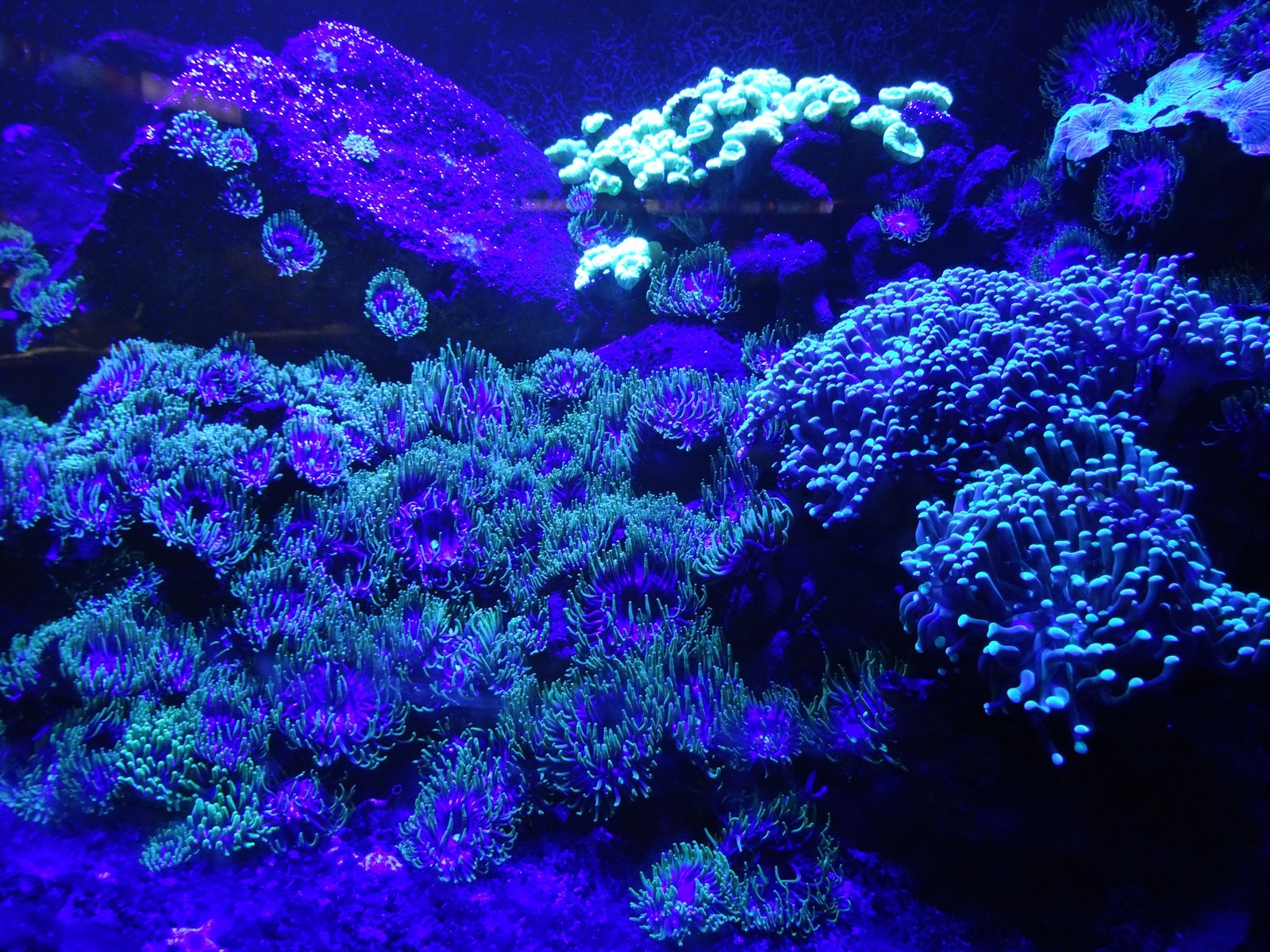 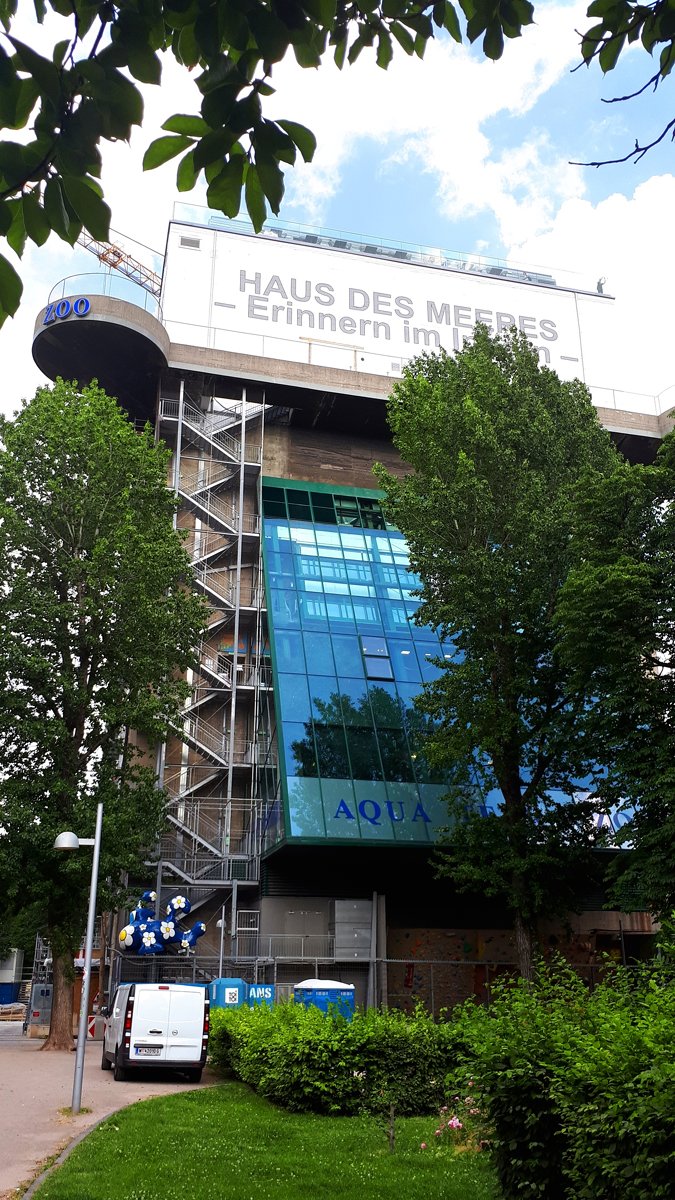 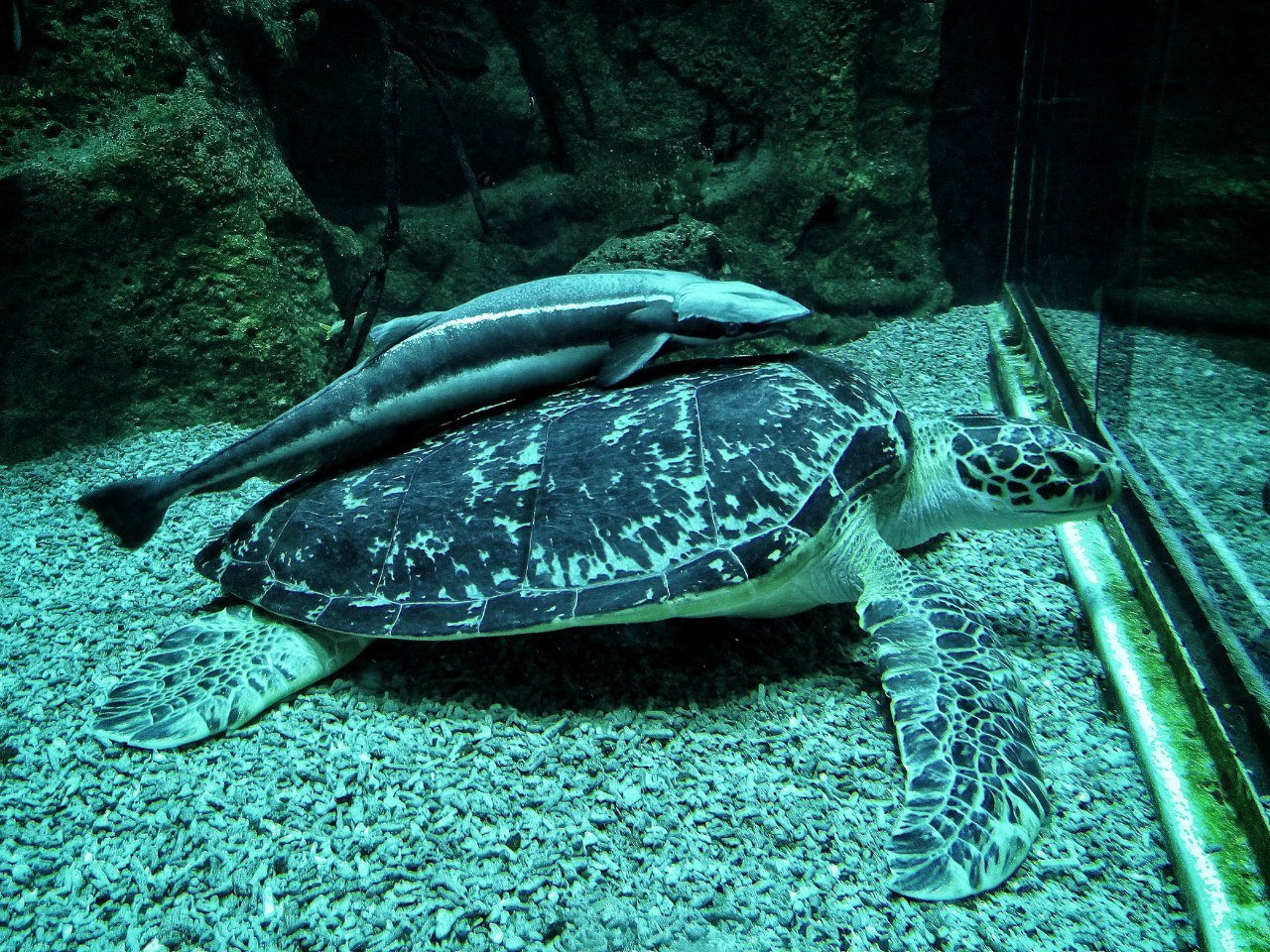 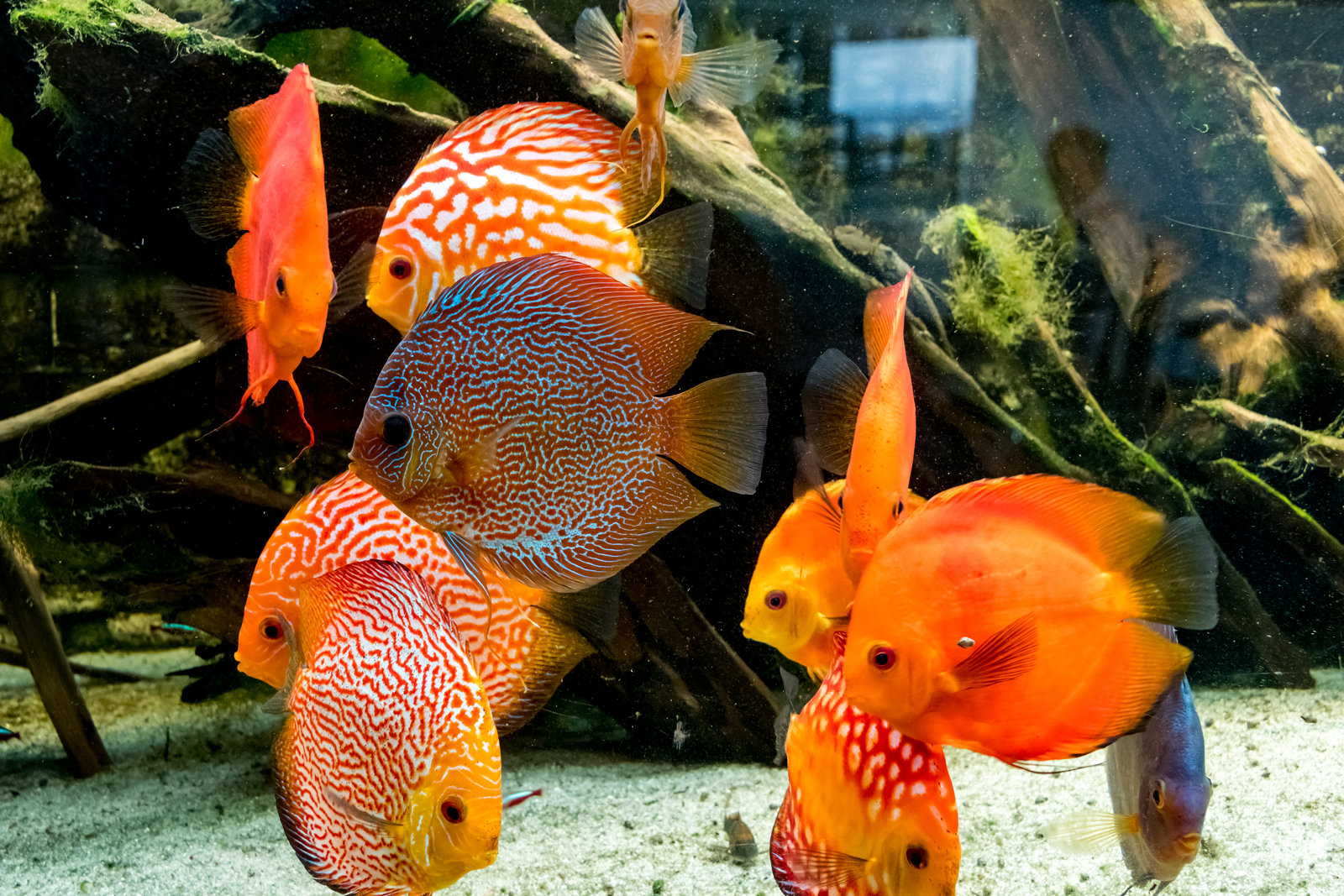 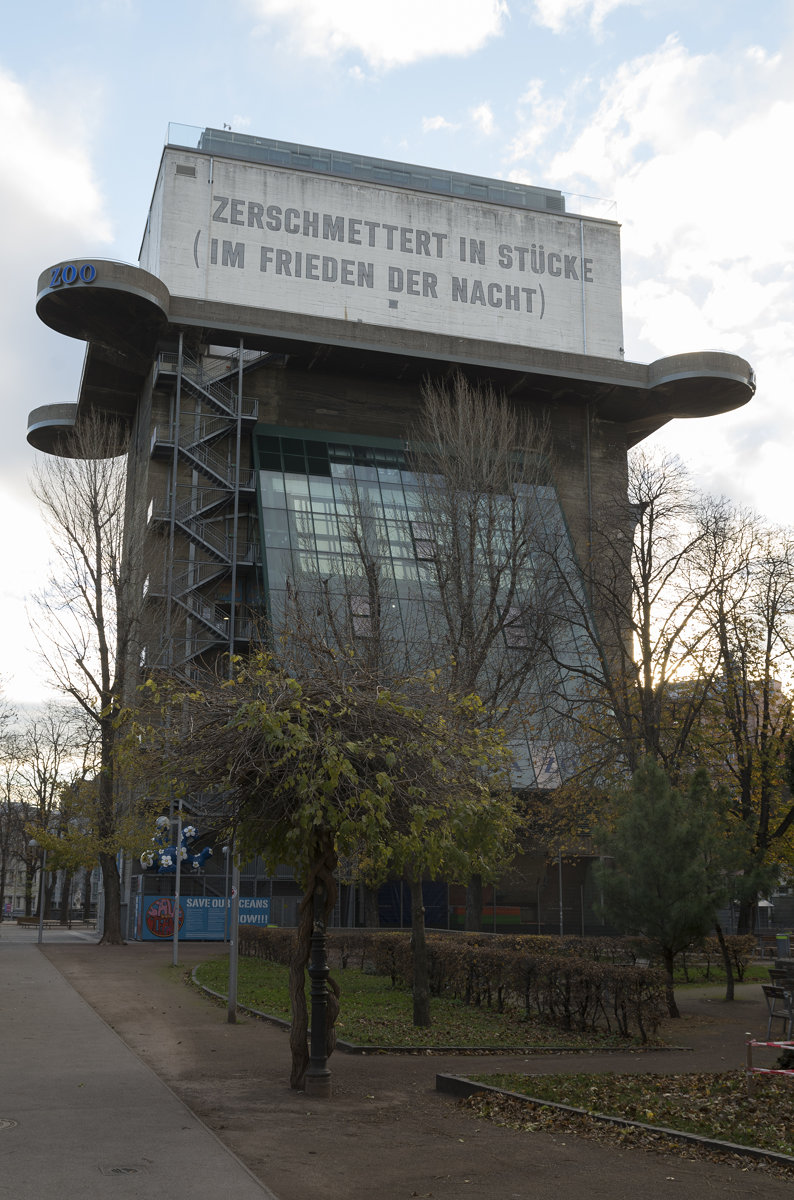 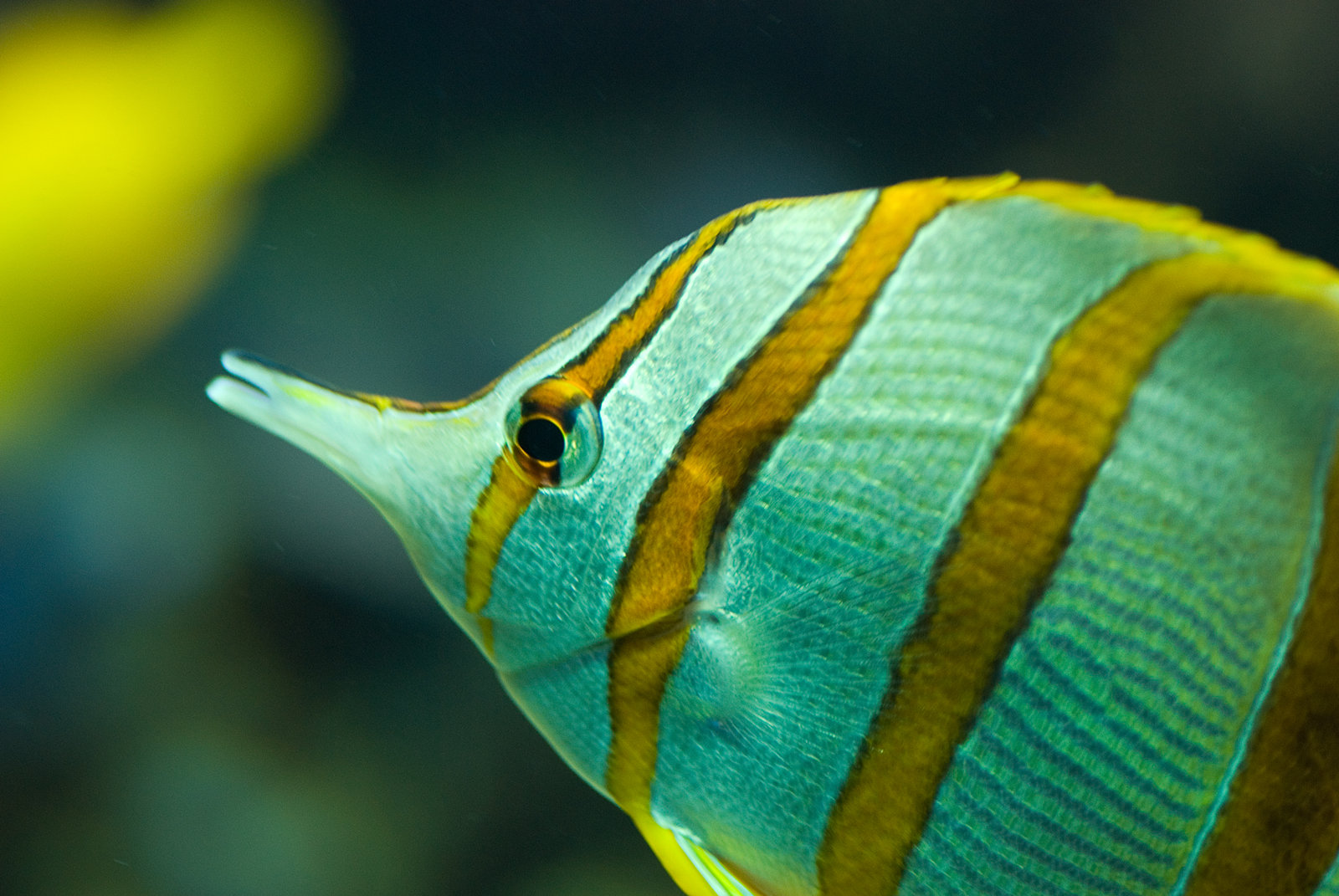