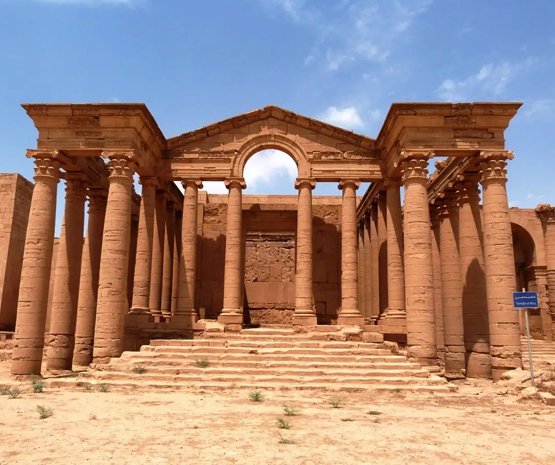 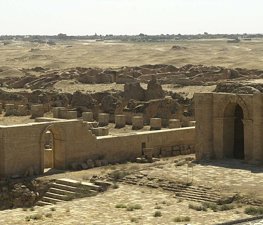 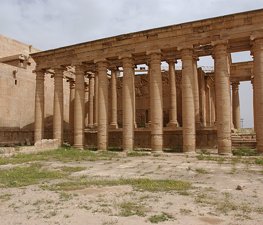 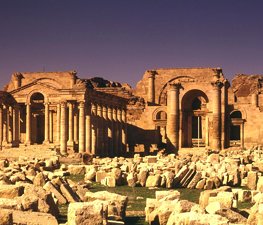 Hatra (Arabic: الحضر‎ al-Ḥaḍr) is an ancient ruined city in the Ninawa Governorate and al-Jazira region of Iraq. It is today called al-Hadr a name which has occurred once in the inscriptions, and it stands in the ancient Persian province of Khvarvaran. The city lies 290 km (180 miles) northwest of Baghdad and 110 km (68 miles) southwest of Mosul.

Hatra was founded by Arab tribes some time in the 3rd century BCE. A religious and trading centre under the Parthian empire, it flourished during the 1st and 2nd centuries BCE. Later on, the city became the capital of possibly the first Arab Kingdom in the chain of Arab cities running from Hatra, in the northeast, via Palmyra, Baalbek and Petra, in the southwest. The region controlled from Hatra was the Kingdom of Araba, a semi-autonomous buffer kingdom on the western limits of the Parthian Empire, governed by Arabian princes.

Hatra became an important fortified frontier city and withstood repeated attacks by the Roman Empire, and played an important role in the Second Parthian War. It repulsed the sieges of both Trajan (116/117) and Septimius Severus (198/199). Hatra defeated the Persians at the battle of Shahrazoor in 238, but fell to the Sassanid Empire of Shapur I in 241 and was destroyed. The traditional stories of the fall of Hatra tell of an-Nadira, daughter of the King of Araba, who betrayed the city into the hands of Shapur. The story tells of how Shapur killed the king and married an-Nadira, but later had her killed also.

Hatra is the best preserved and most informative example of a Parthian city. It is encircled by inner and outer walls nearly 4 miles (6.4 km) in circumference and supported by more than 160 towers. A temenos surrounds the principal sacred buildings in the city’s centre. The temples cover some 1.2 hectares and are dominated by the Great Temple, an enormous structure with vaults and columns that once rose to 30 metres. The city was famed for its fusion of Greek, Mesopotamian, Syrian and Arabian pantheons, known in Aramaic as Beiṯ Ĕlāhā ("House of God"). The city had temples to Nergal (Babylonian and Akkadian), Hermes (Greek), Atargatis (Syro-Aramaean), Allat and Shamiyyah (Arabian) and Shamash (the Mesopotamian sun god).

The Al Hadr Hotel, located within a kilometer of the Hatra ruins, was the Division HQ for the 101st ABN during the beginning of the 2003 invasion of Iraq.[]

Tips & Hints
Arrange By:
Popular first New first
There are no tips nor hints for Hatra yet. Maybe be you will be the first one to post useful information for fellow travellers? :)
5.0/10
12,510 people have been here
I've been here
Add to wishlist

See all hotels See all
In the Historical Center of Mardin

Monastery of the Martyrs Saint Behnam and his Sister Sarah (syr.

Mashki Gate are one of the gates of an ancient Nineveh city in Iraq.

Nergal Gate are one of the gates of an ancient Nineveh city in Iraq.

Adad Gate are one of the gates of an ancient Nineveh city in Iraq. The 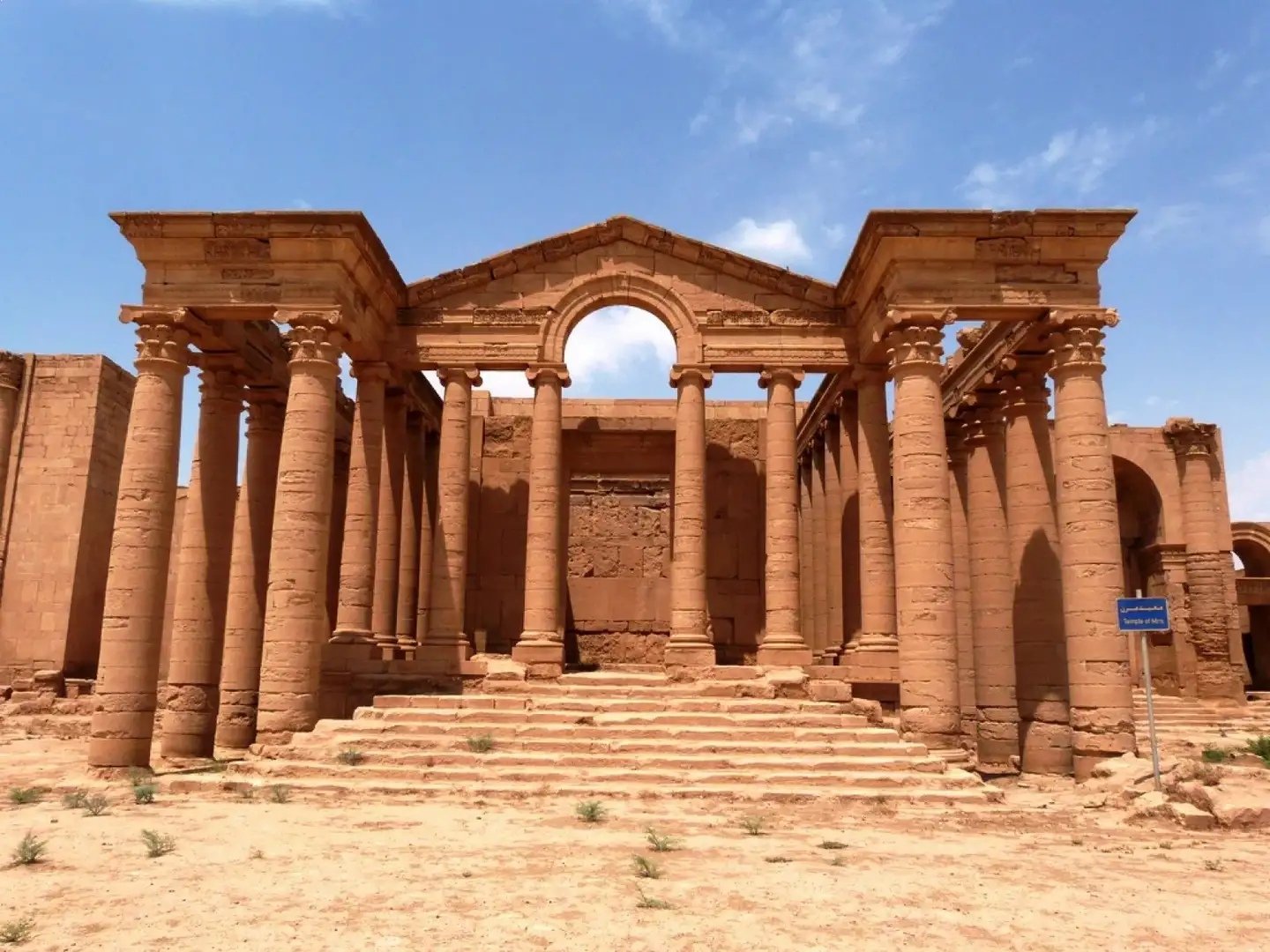 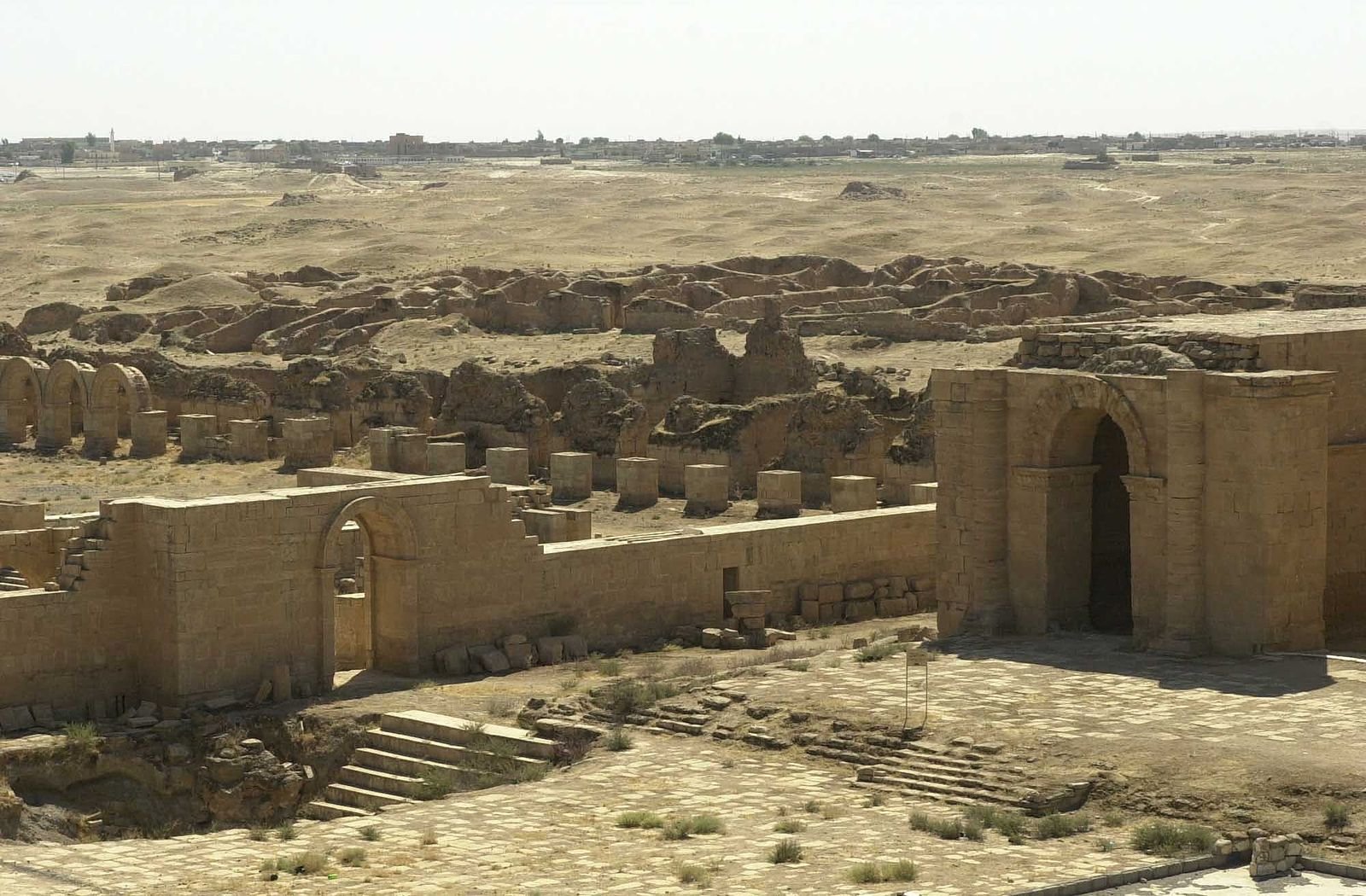 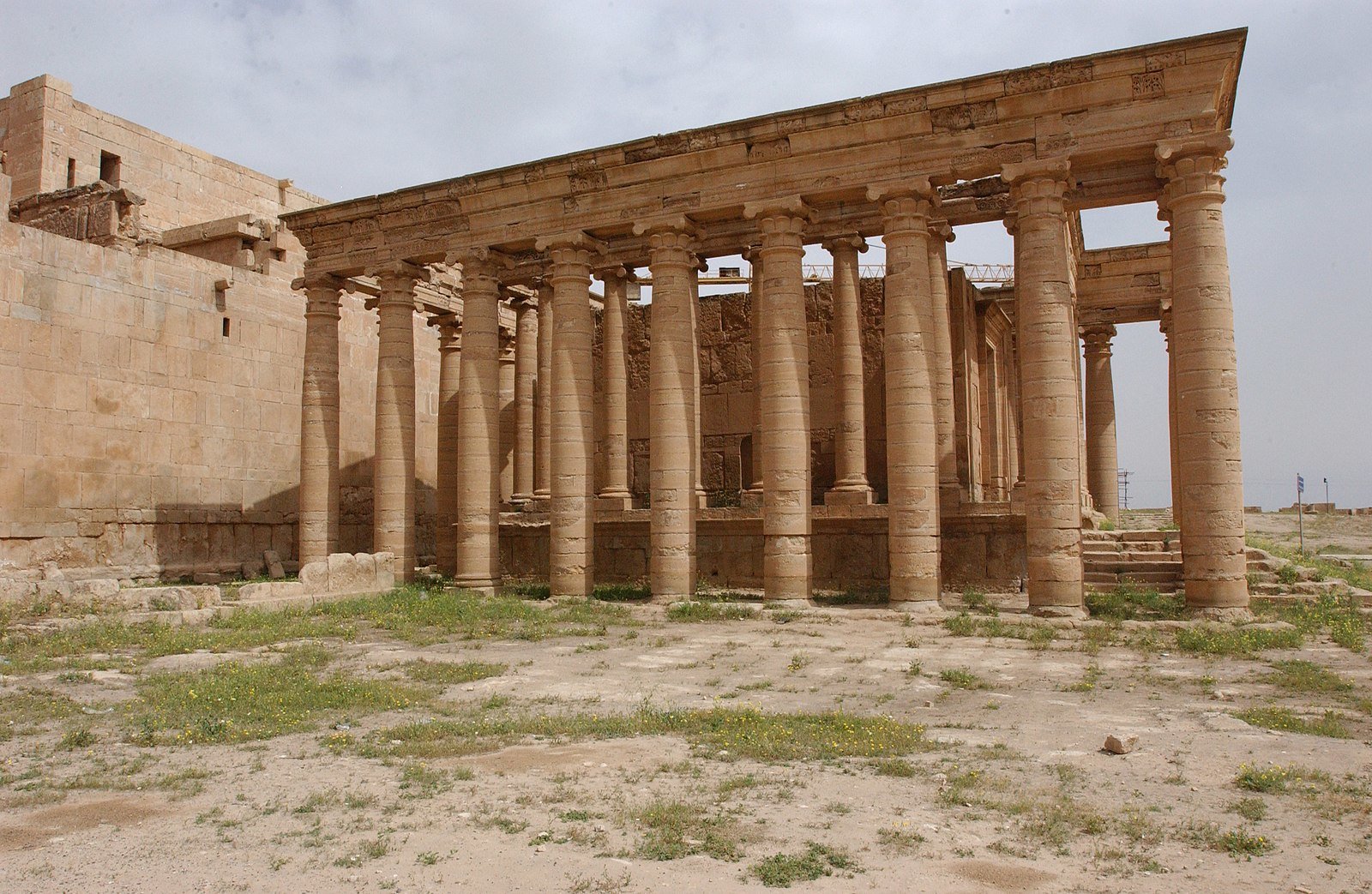 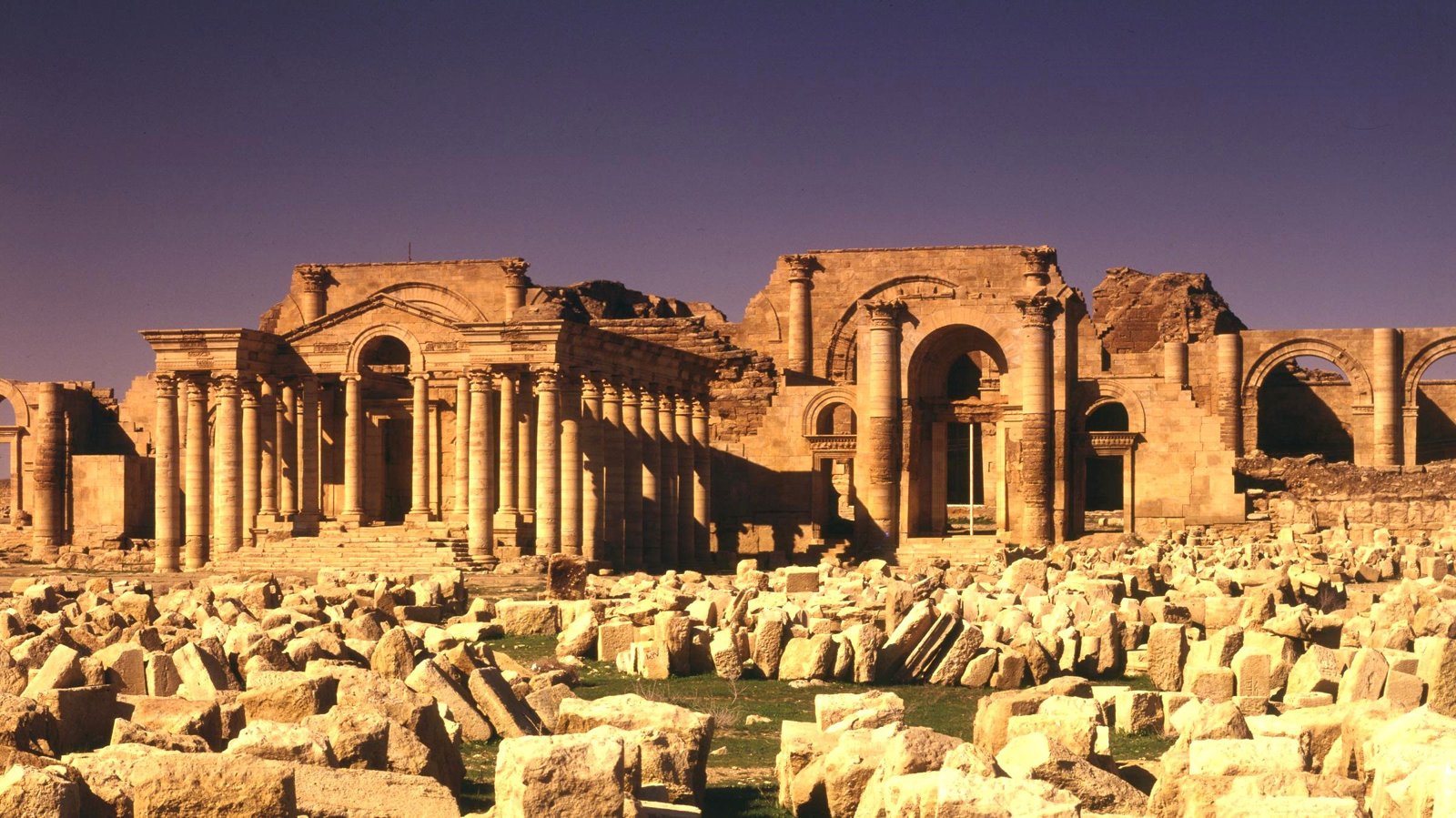 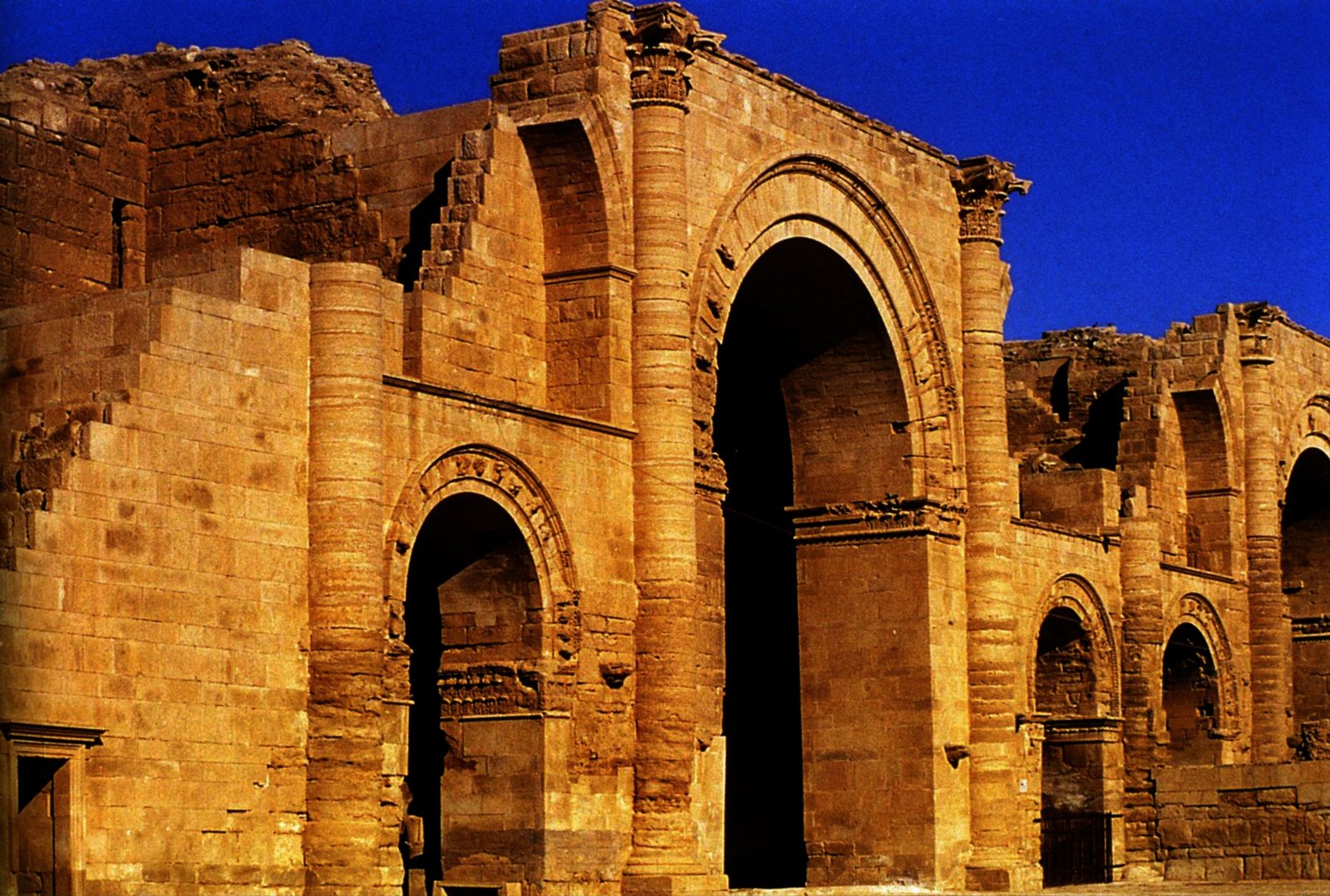 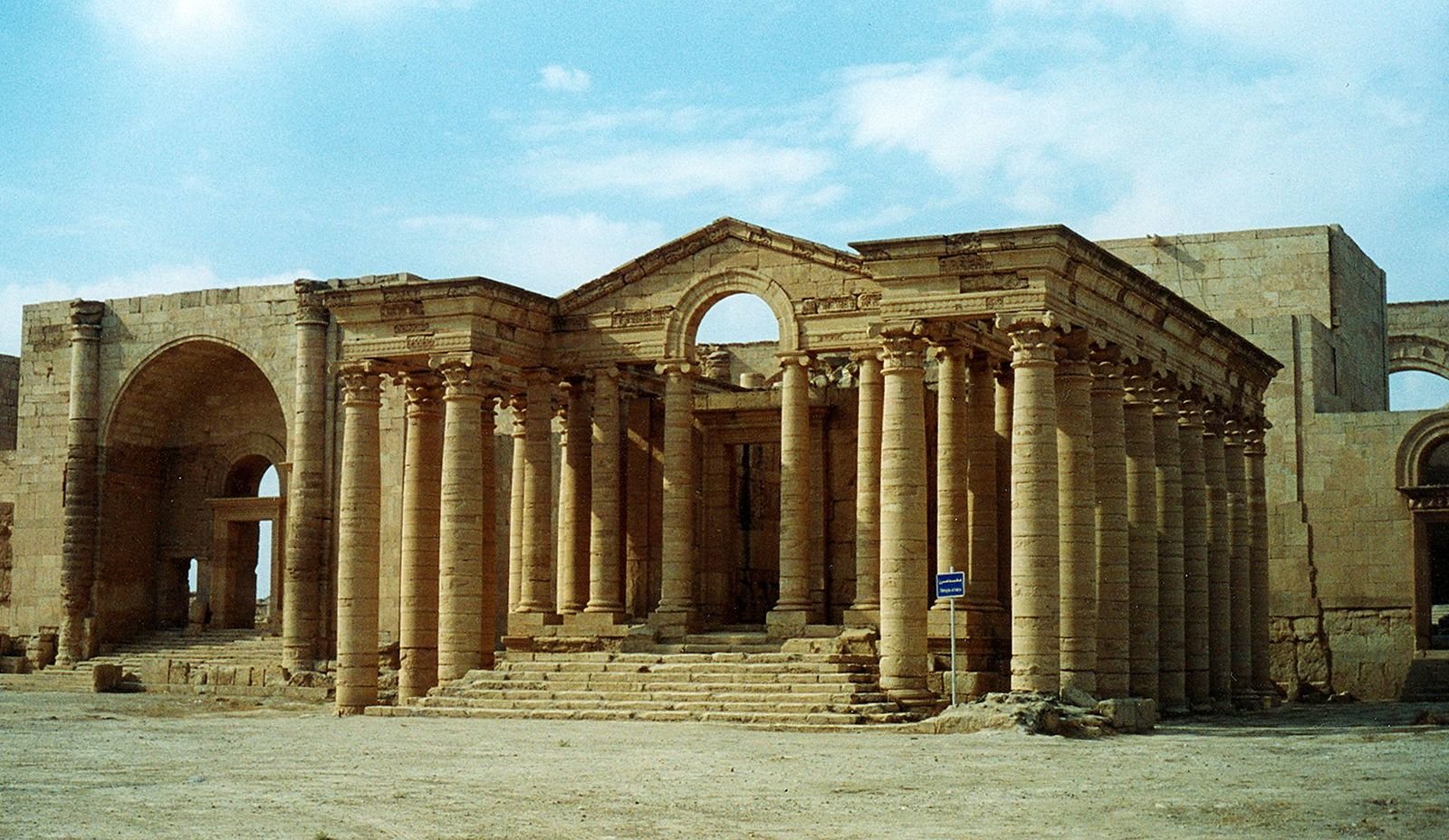 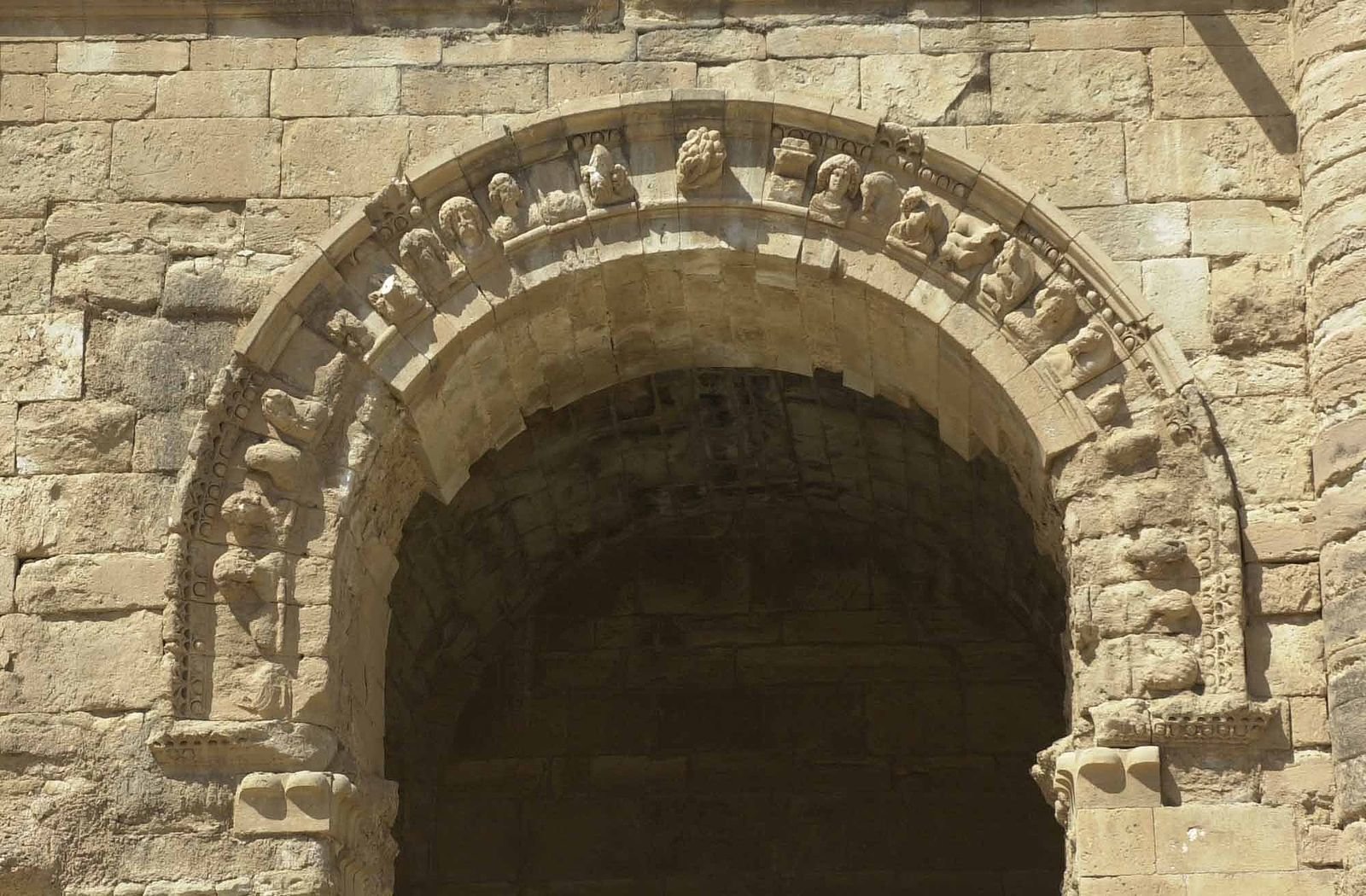 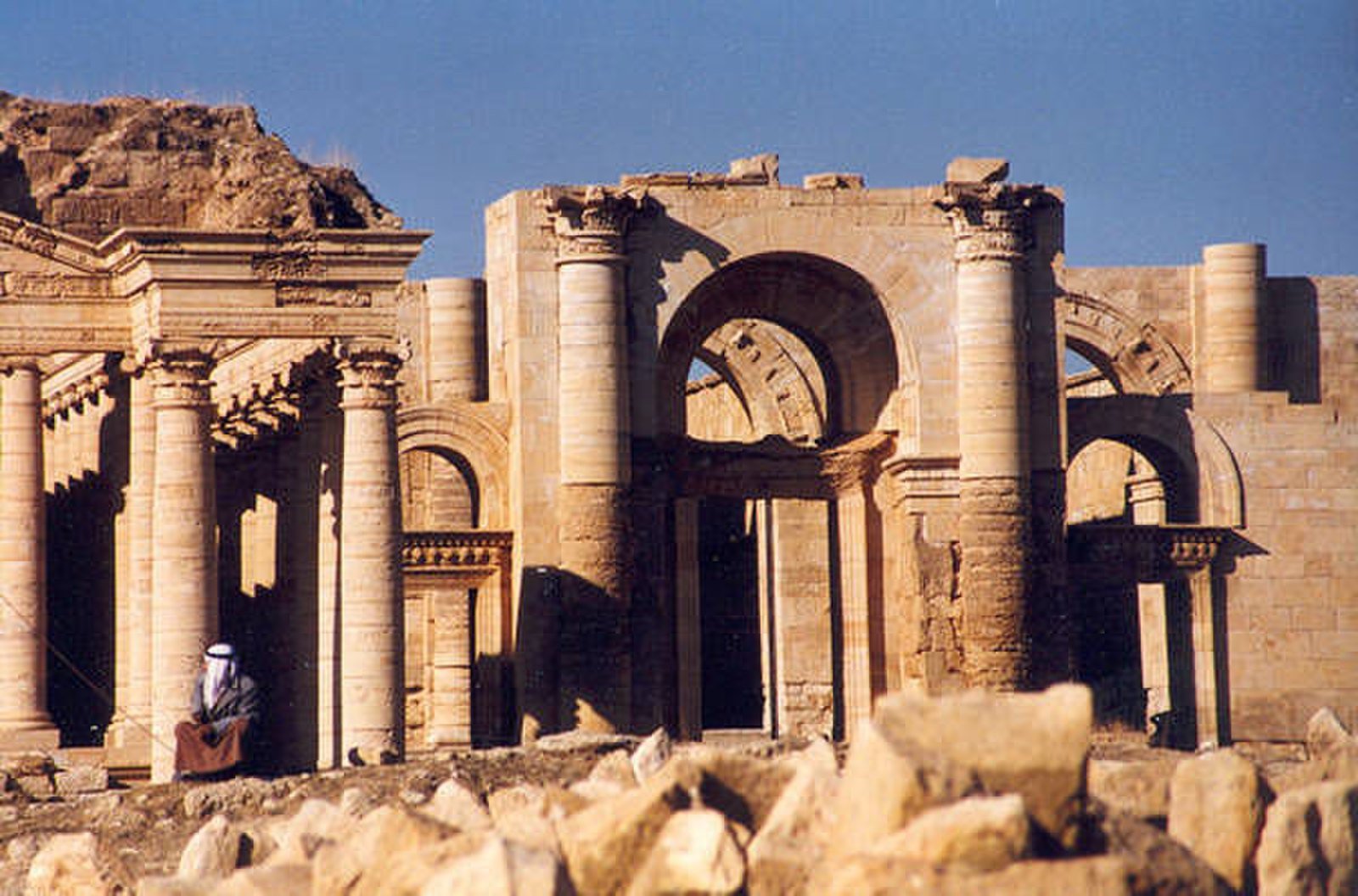 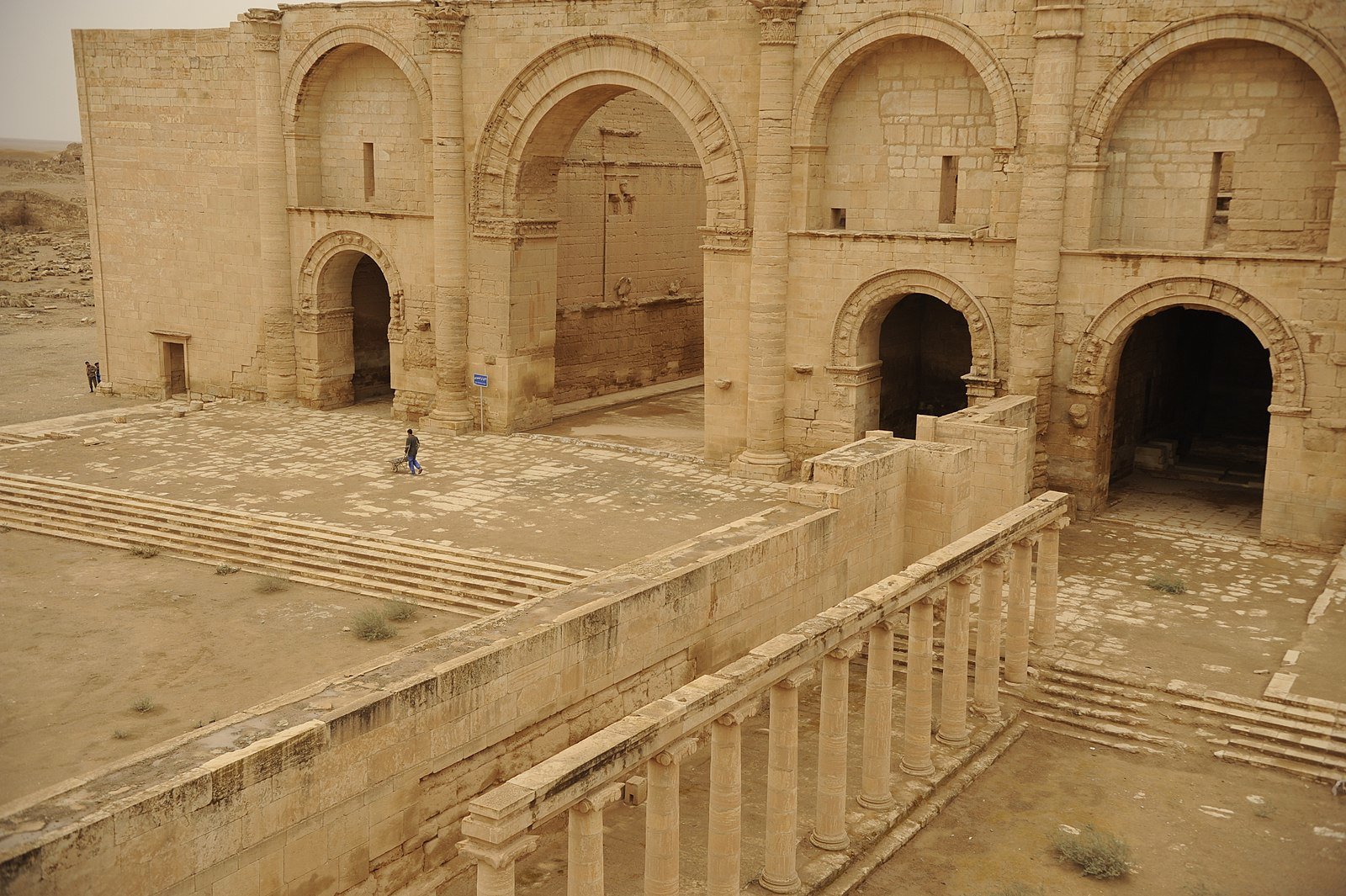 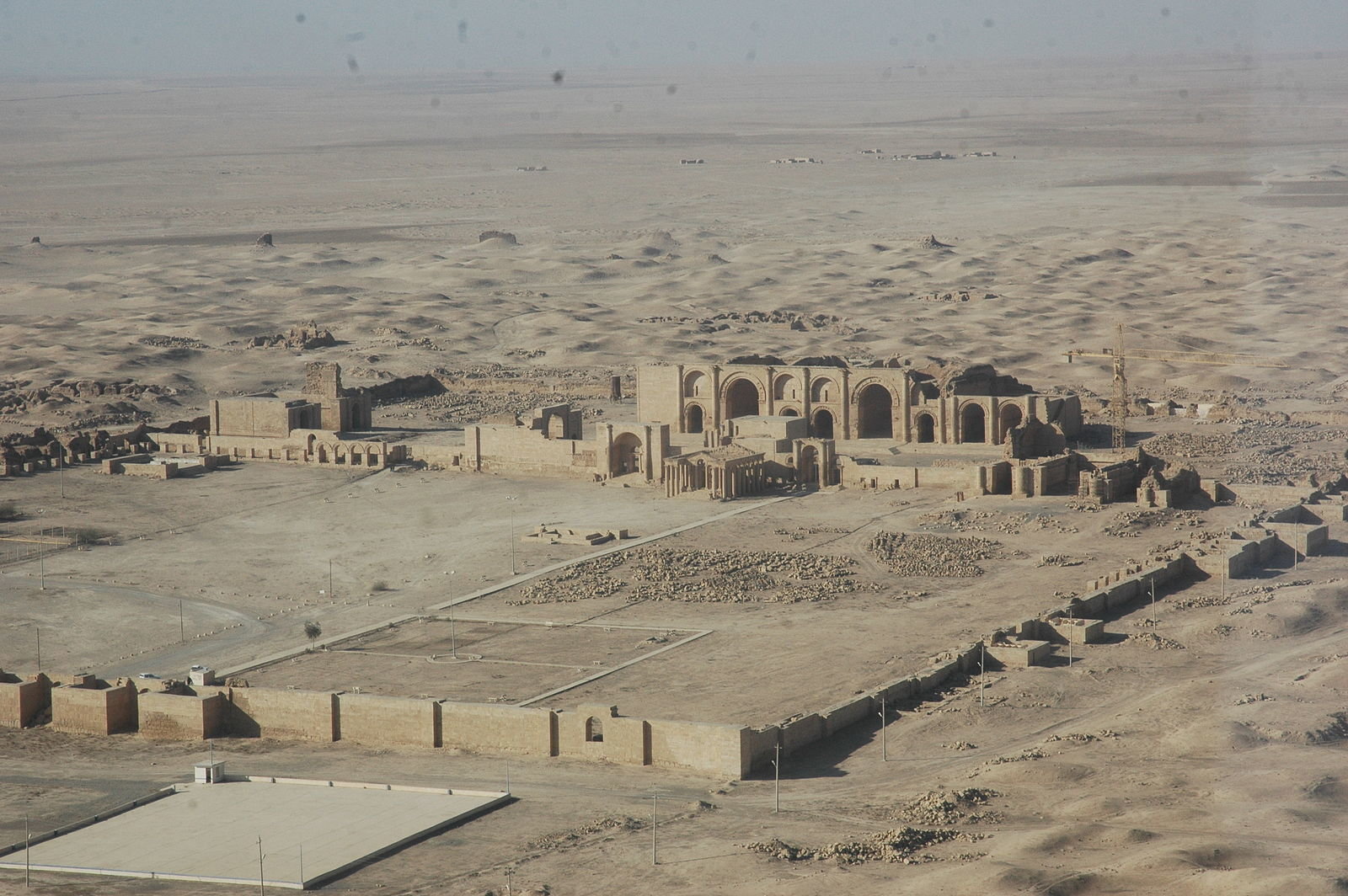 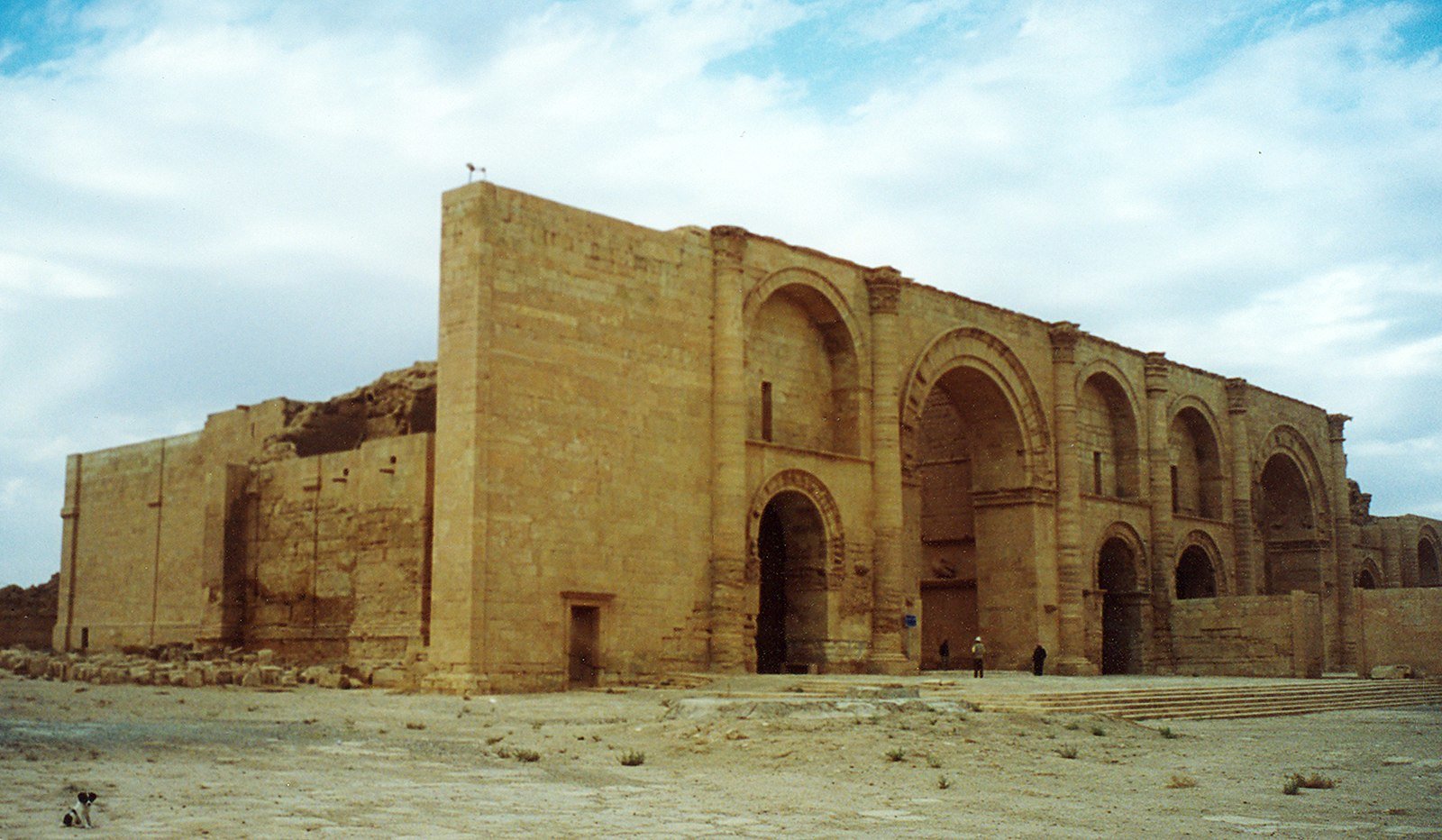 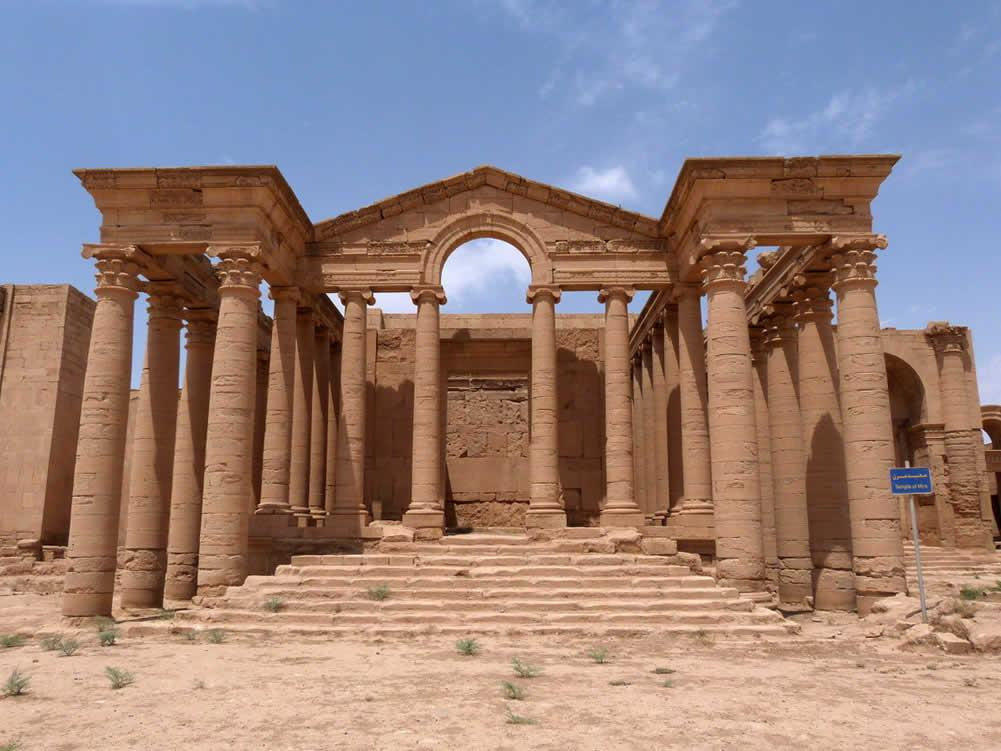