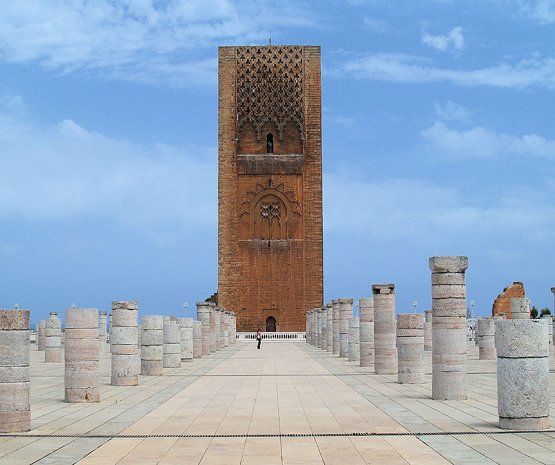 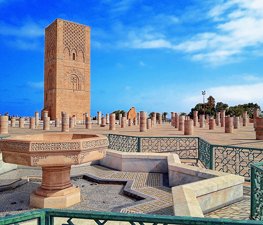 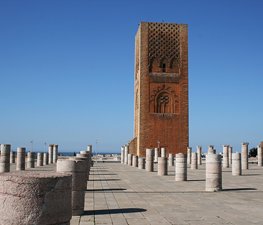 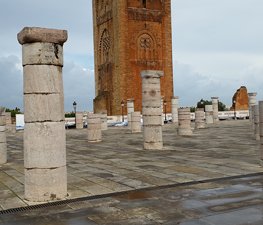 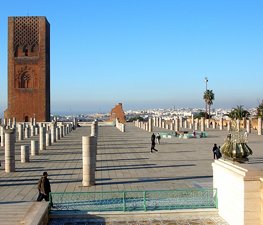 Hassan Tower or Tour Hassan (العربية. صومعة حسان) is the minaret of an incomplete mosque in Rabat, Morocco. Begun in 1195 AD, the tower was intended to be the largest minaret in the world along with the mosque, also intended to be the world's largest. In 1199, sultan Yacoub al-Mansour died and construction on the mosque stopped. The tower only reached 44m (140ft), about half of its intended 86m (260ft) height. The rest of the mosque was also left incomplete, with only the beginnings of several walls and 200 columns being constructed. The tower, made of red sandstone, along with the remains of the mosque and the modern Mausoleum of Mohammed V, forms an important historical and tourist complex in Rabat.

Instead of stairs, the tower is ascended by ramps. The minaret's ramps would have allowed the muezzin to ride a horse to the top of the tower to issue the call to prayer.

Founder of the Hassan Tower, Yaqub al-Mansur, was a member of the Almohad Dynasty, a Berber, Muslim empire in West Africa and Iberia. The tower, according to tradition, was designed by an architect named Jabir who used a similar design plan for Hassan's sister tower, the Giralda in Seville, modern day Spain. Both of the towers were modeled on the minaret of another one of Jabir's designs, the Koutoubia Mosque in Marrakech. Renaissance Spaniards later added a western style top to the Giralda, which was converted from a minaret to a bell tower for the Seville Cathedral after the Reconquista.

Yaqub al-Mansur conducted other works in Rabat, most notably reconstruction of the Kasbah of the Udayas and conversion of the Chellah ancient complex, built by the Phoenicians and Romans, to a necropolis usage.

This site was added to the UNESCO World Heritage Tentative List on July 1st, 1995 in the Cultural category.

Salvador Dali "Masketeer"
Hassan Tower is the minaret of an incomplete mosque in Rabat, Morocco.Built in 1195, the tower was intended to be the largest minaret in the world along with the mosque,

Hüseyin Yazıcı
Rising at the end of the column field opposite the Mausoleum Mohammed V. This tower, which is one of the symbols of Rabat, is basically an incomplete minaret of a mosque.

Salvador Dali "Masketeer"
This site was added to the UNESCO World Heritage Tentative List on July 1, 1995 in the Cultural category.[8] It was granted World Heritage Status in 2012.

Salvador Dali "Masketeer"
When al-Mansur died in 1199, construction stopped. The tower reached 44 m (140 ft), about half of its intended 86 m (260 ft) height The rest of the mosque was also left incomplete 348 columns

Toghrol Tower (also transliterated Toghrul, Tughrol, or Tughrul) is a 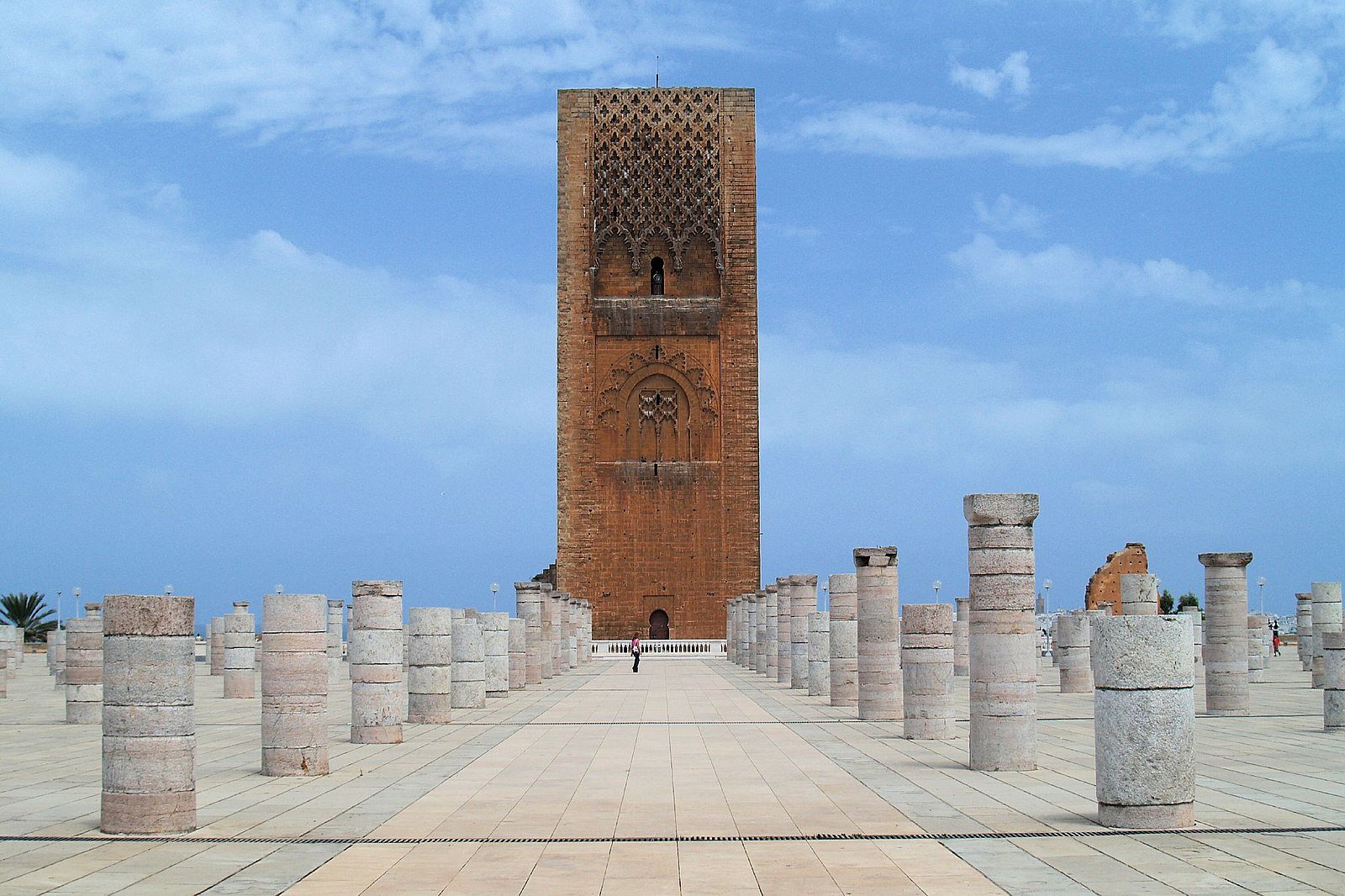 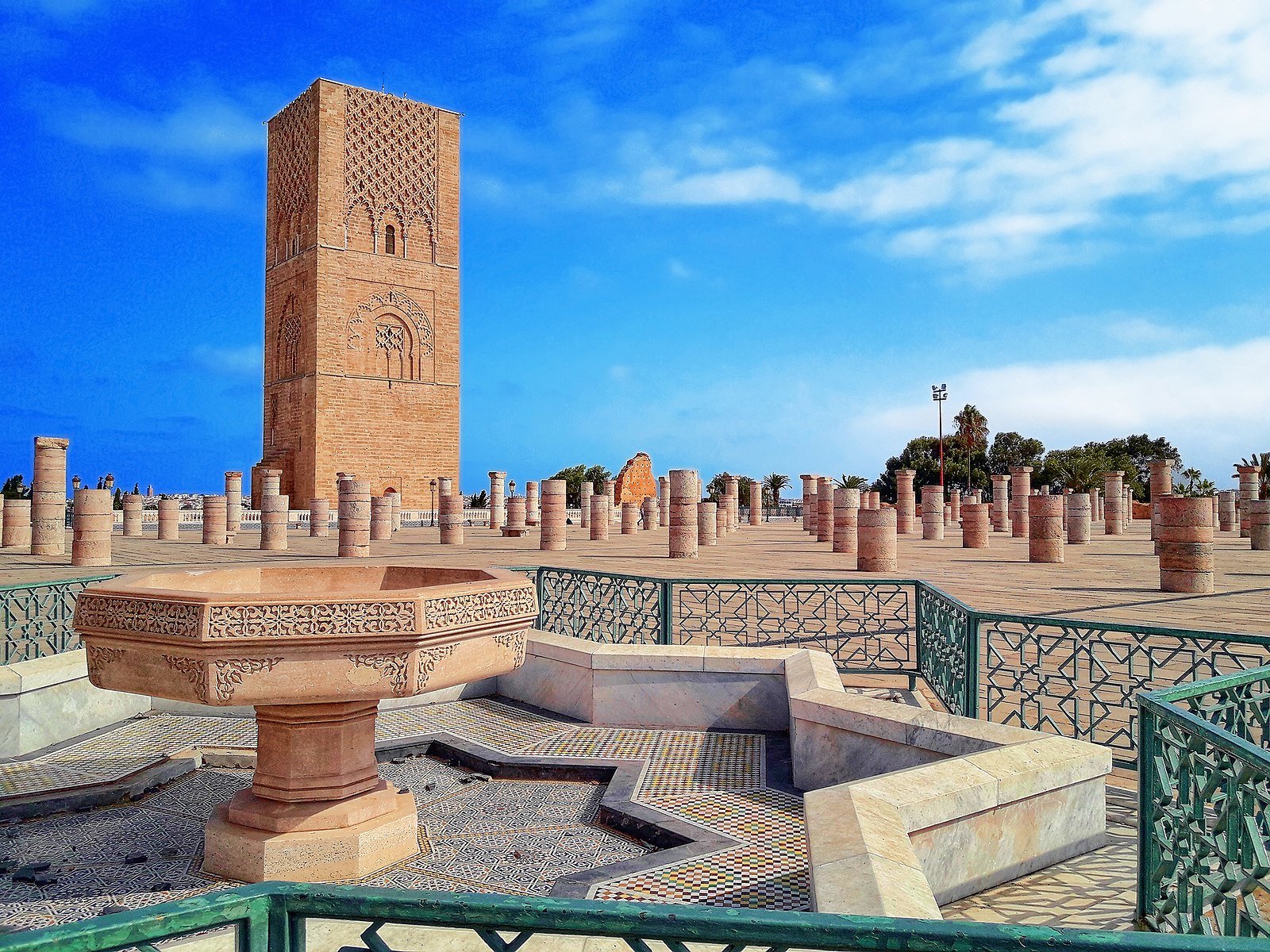 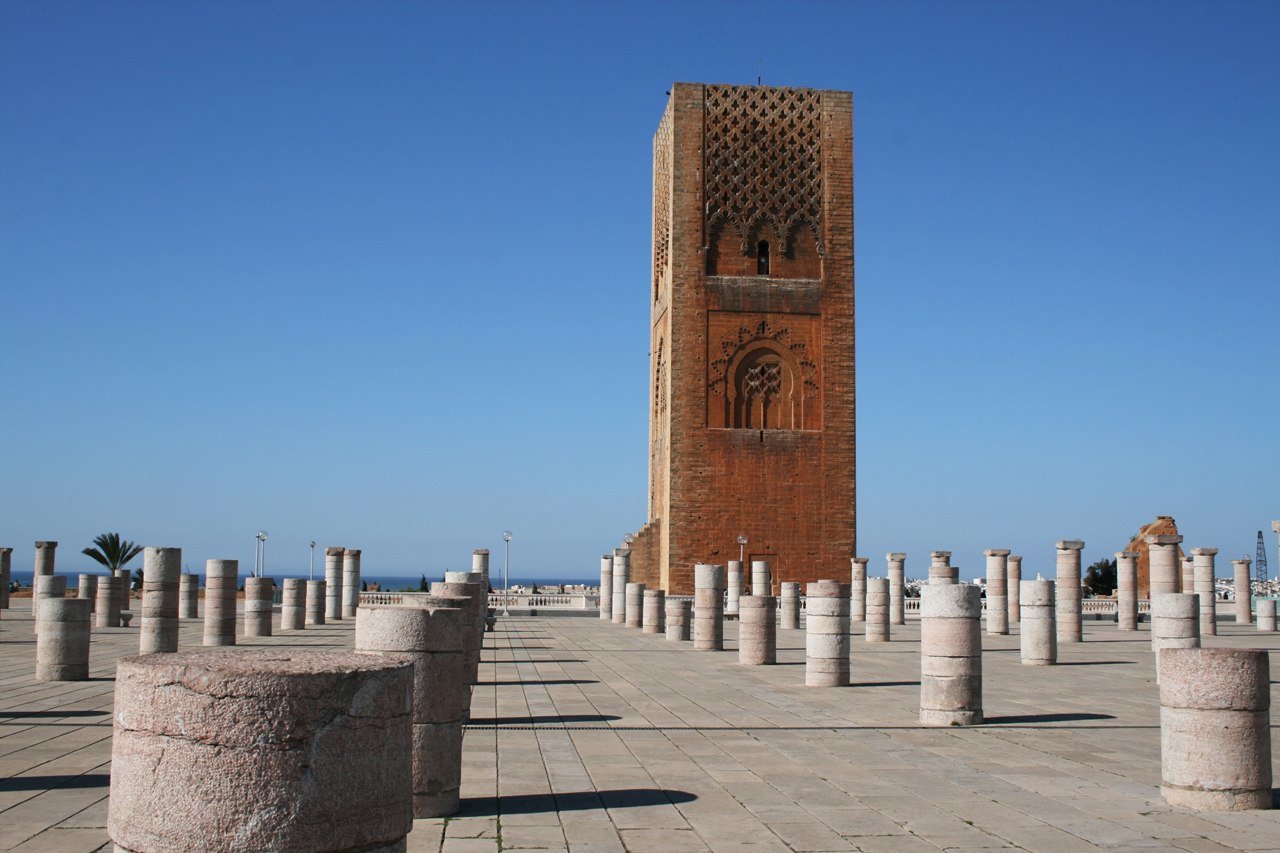 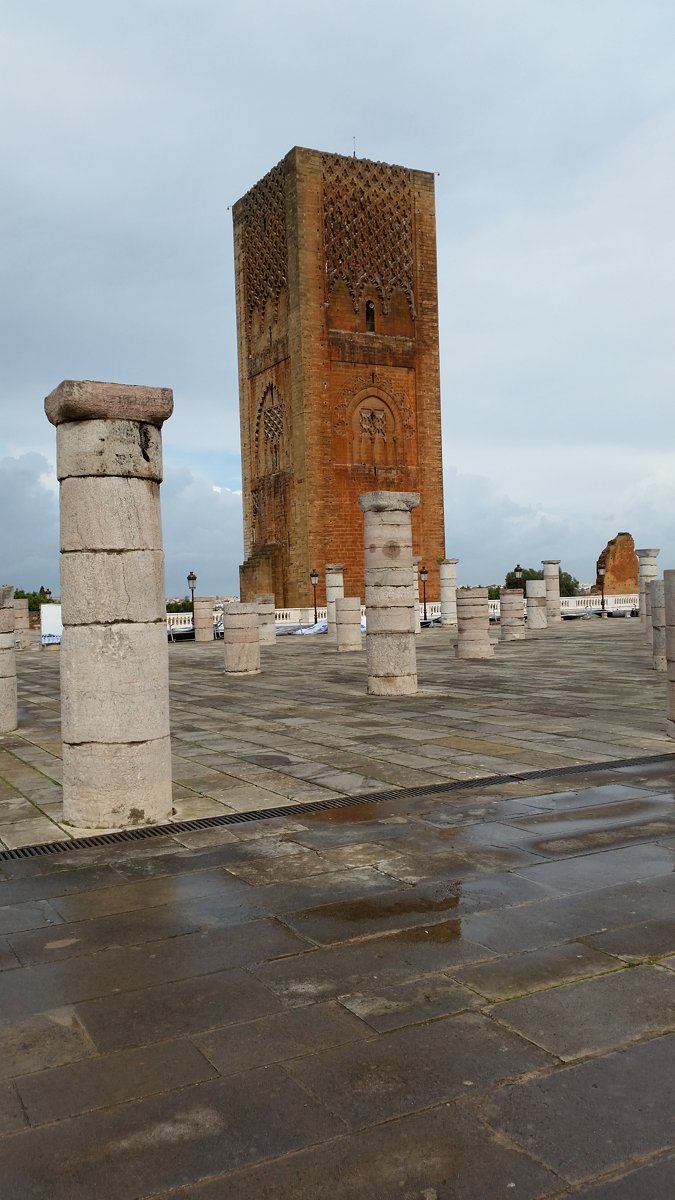 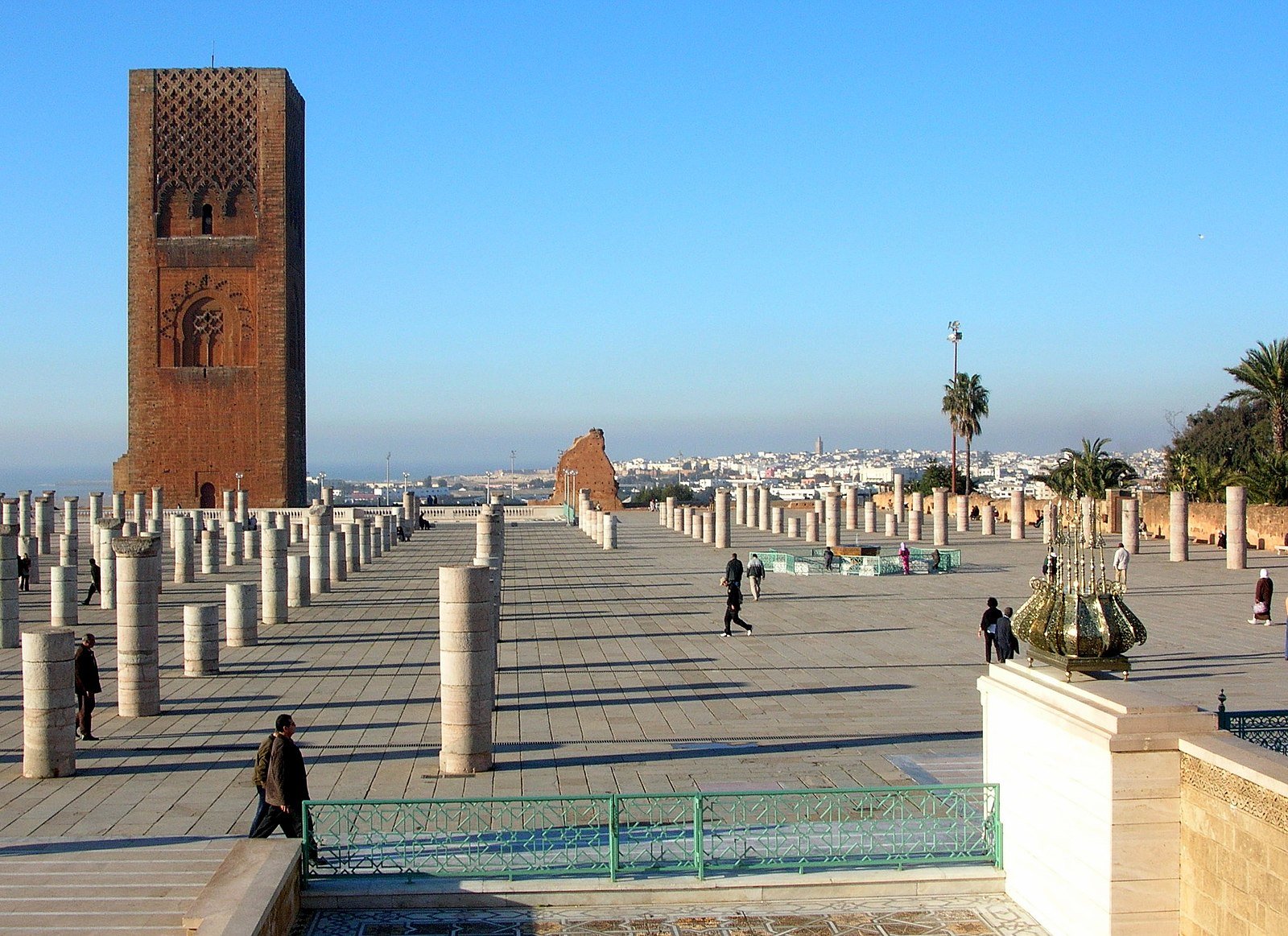 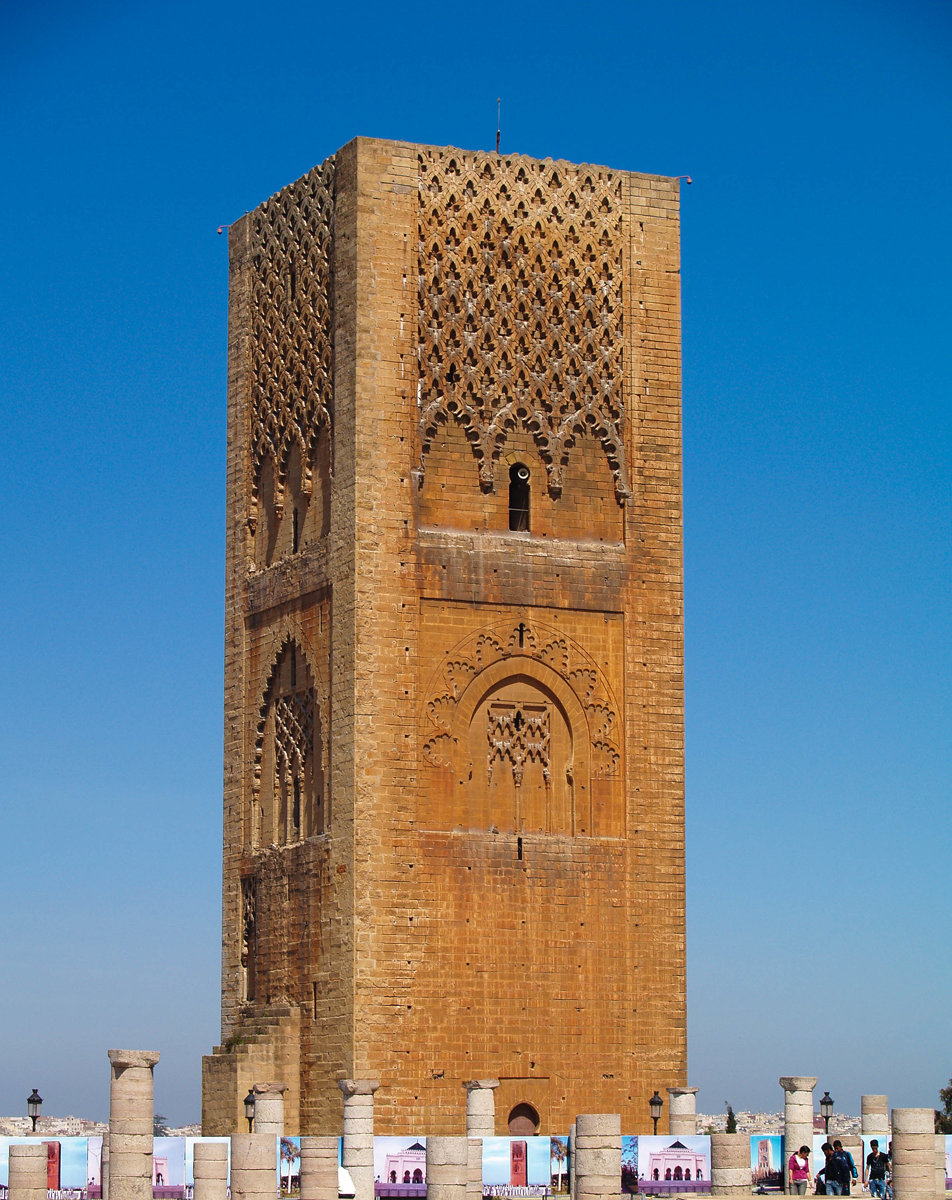 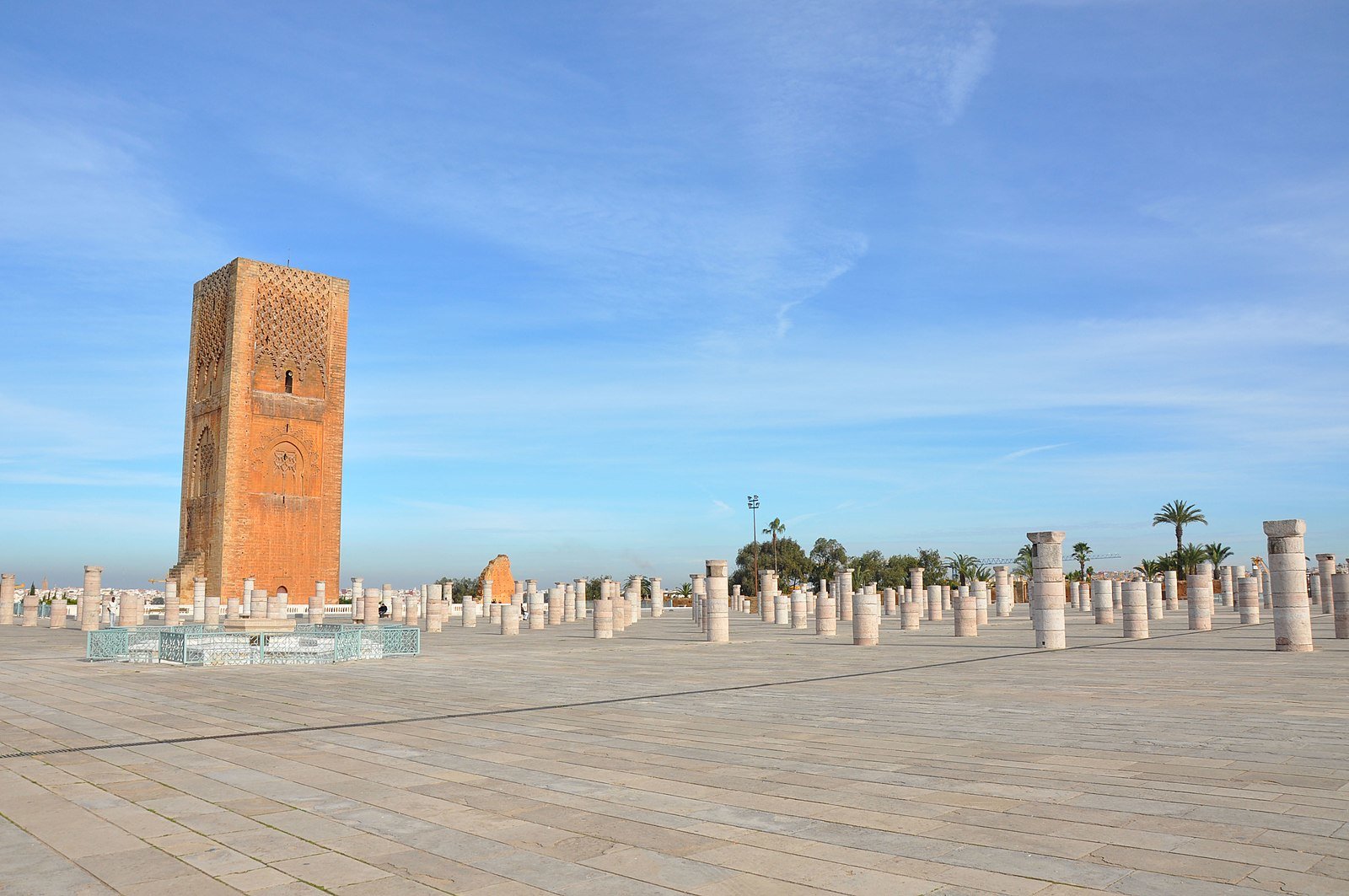 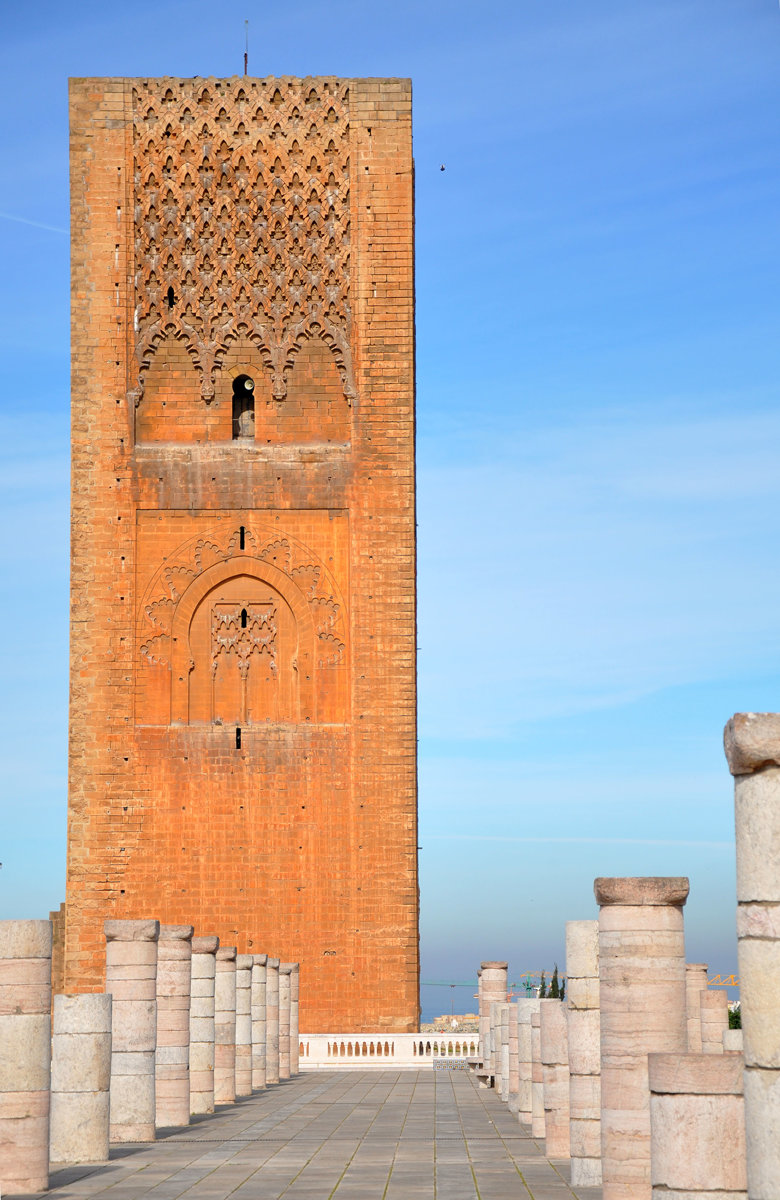 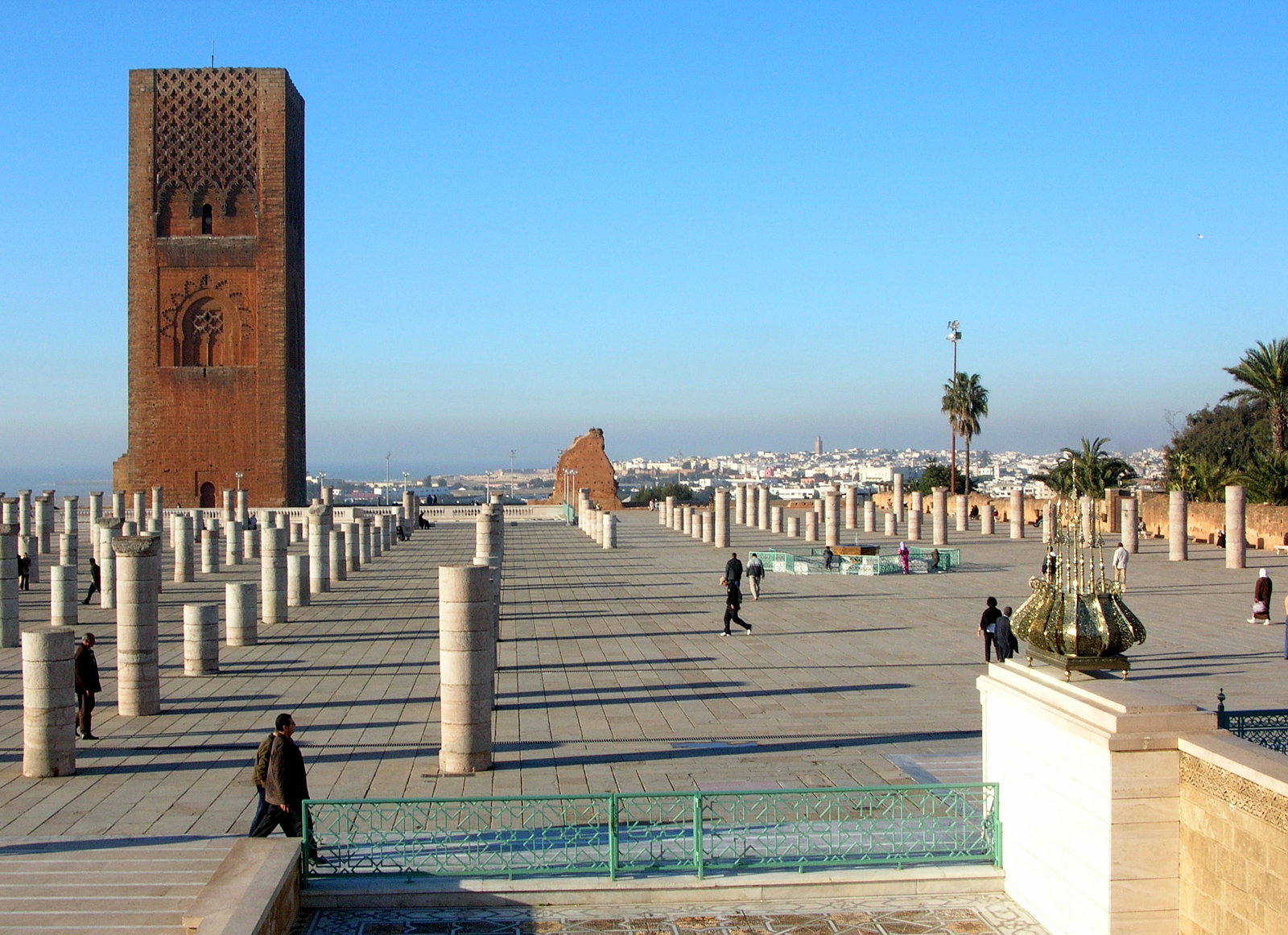 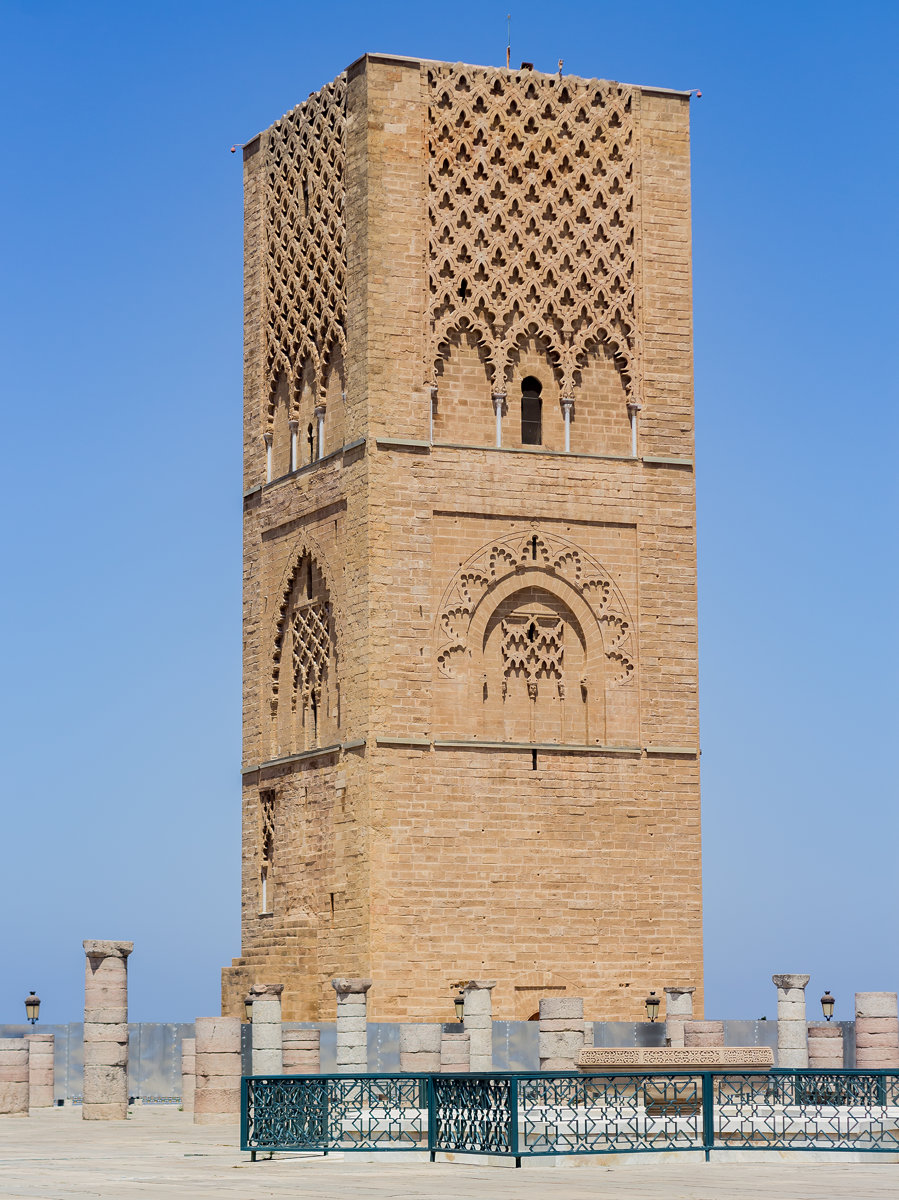 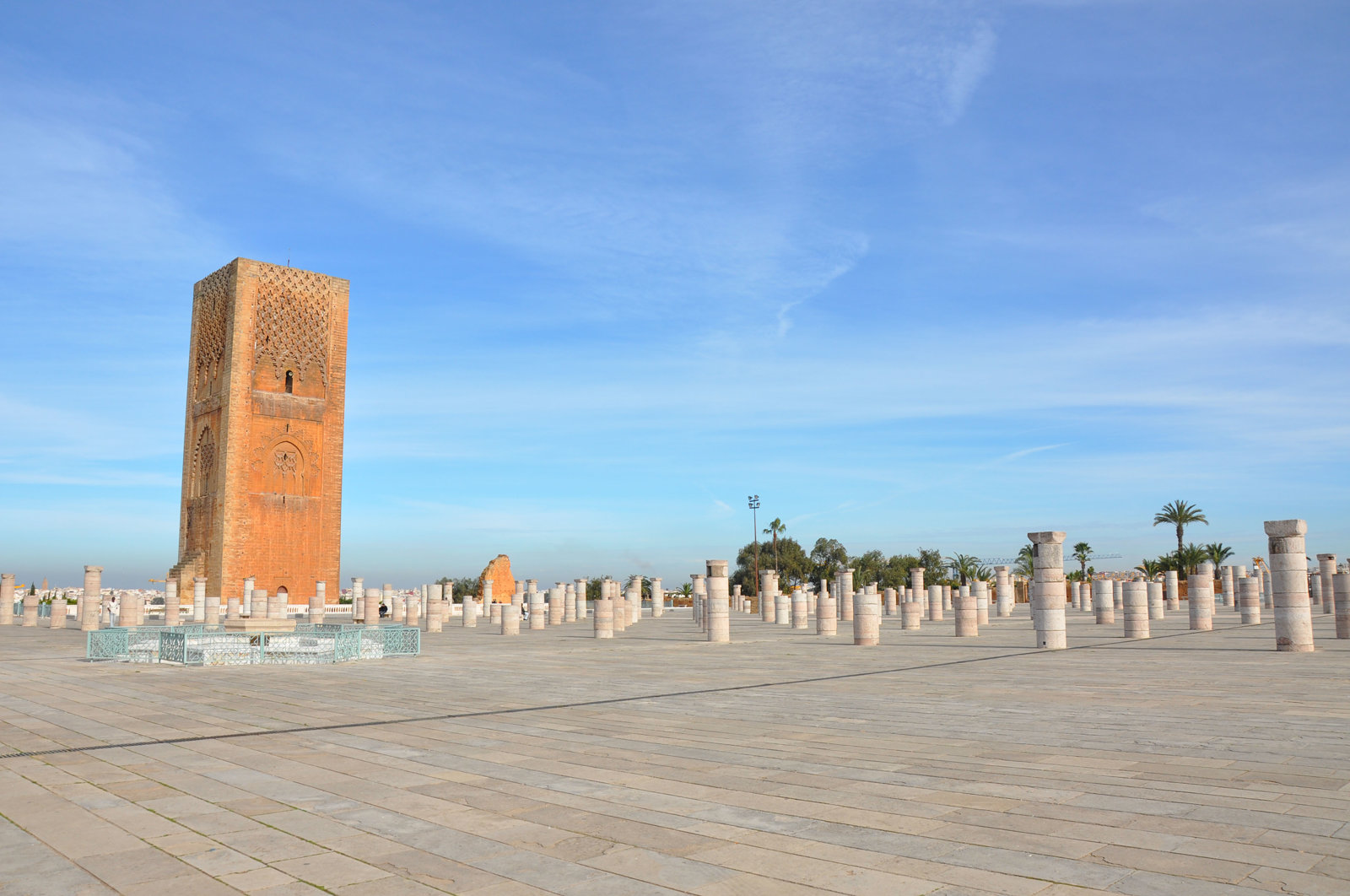 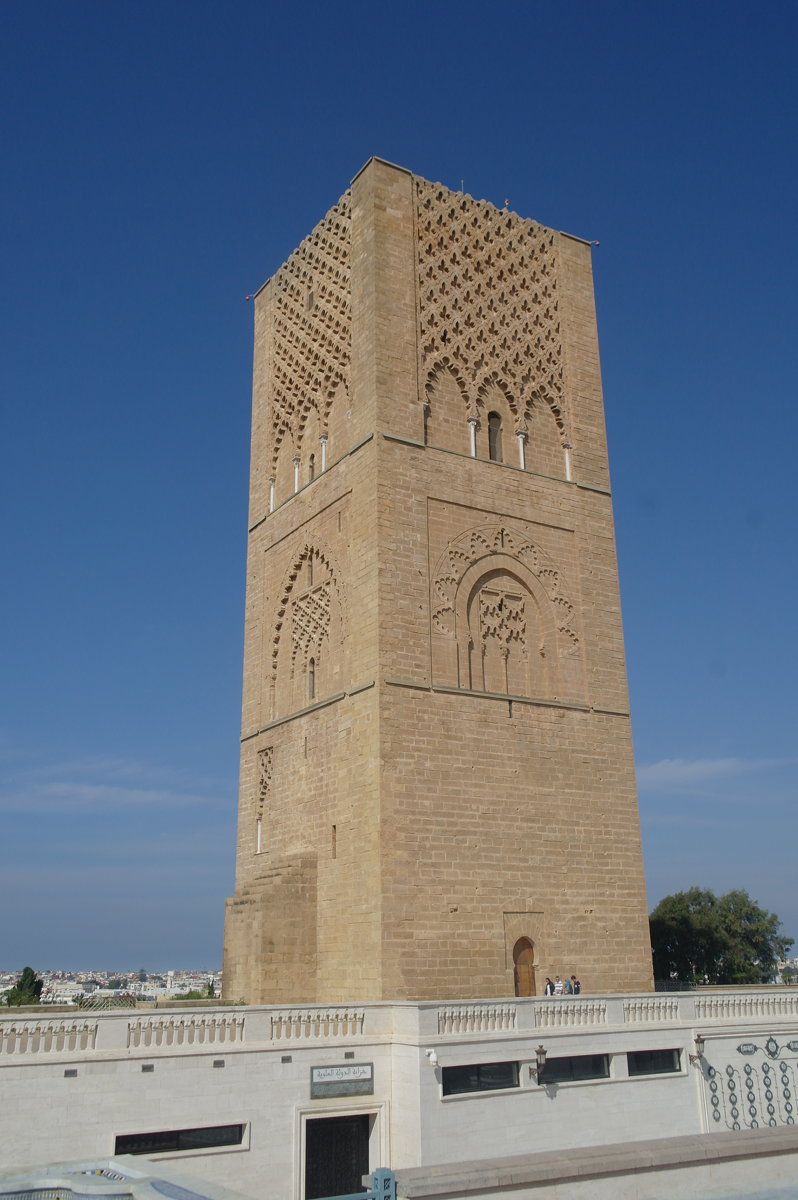 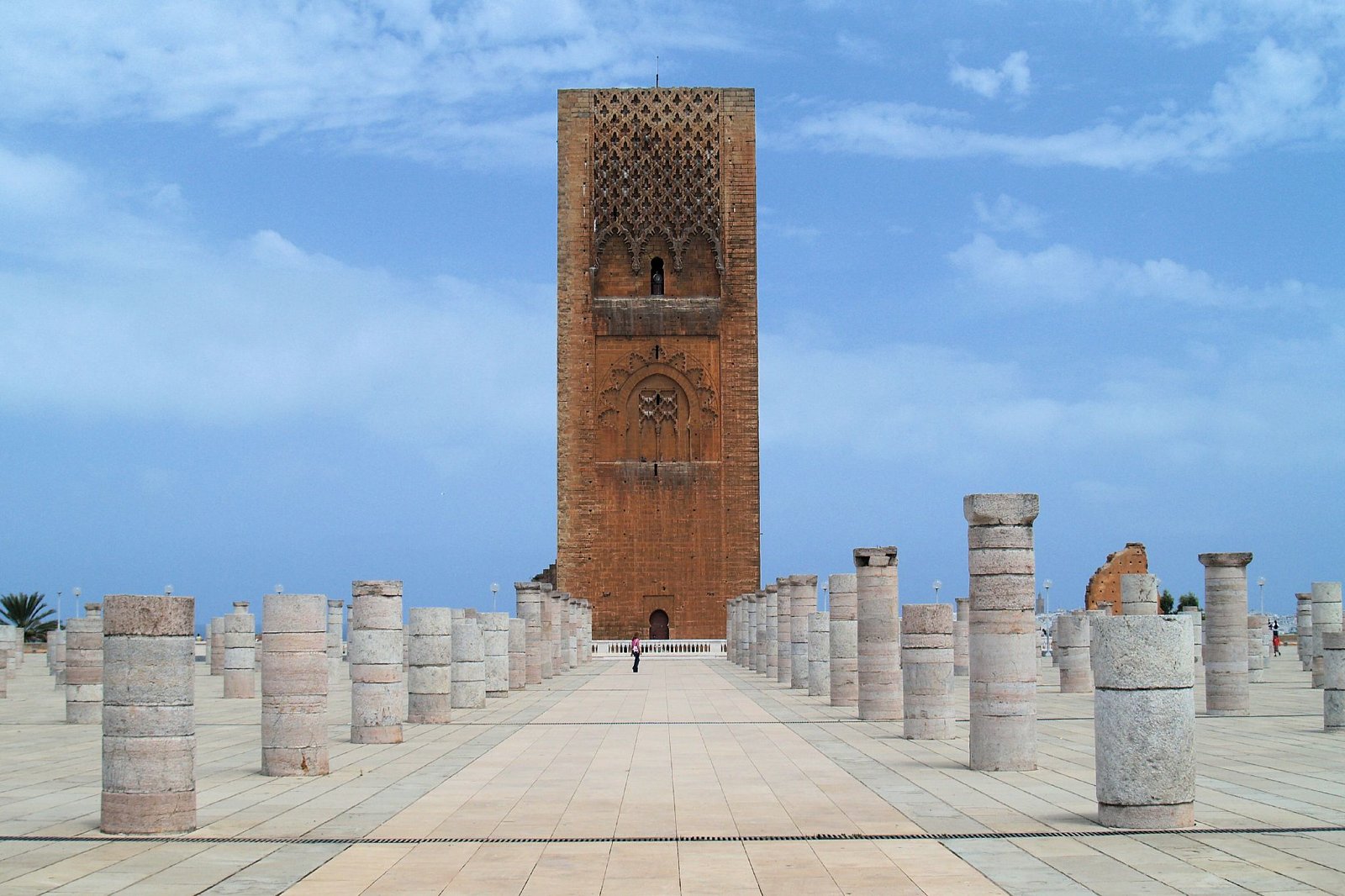 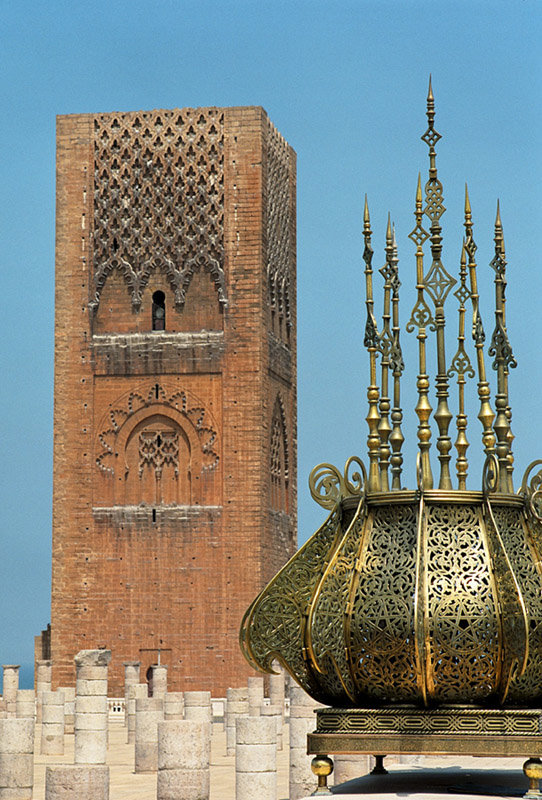 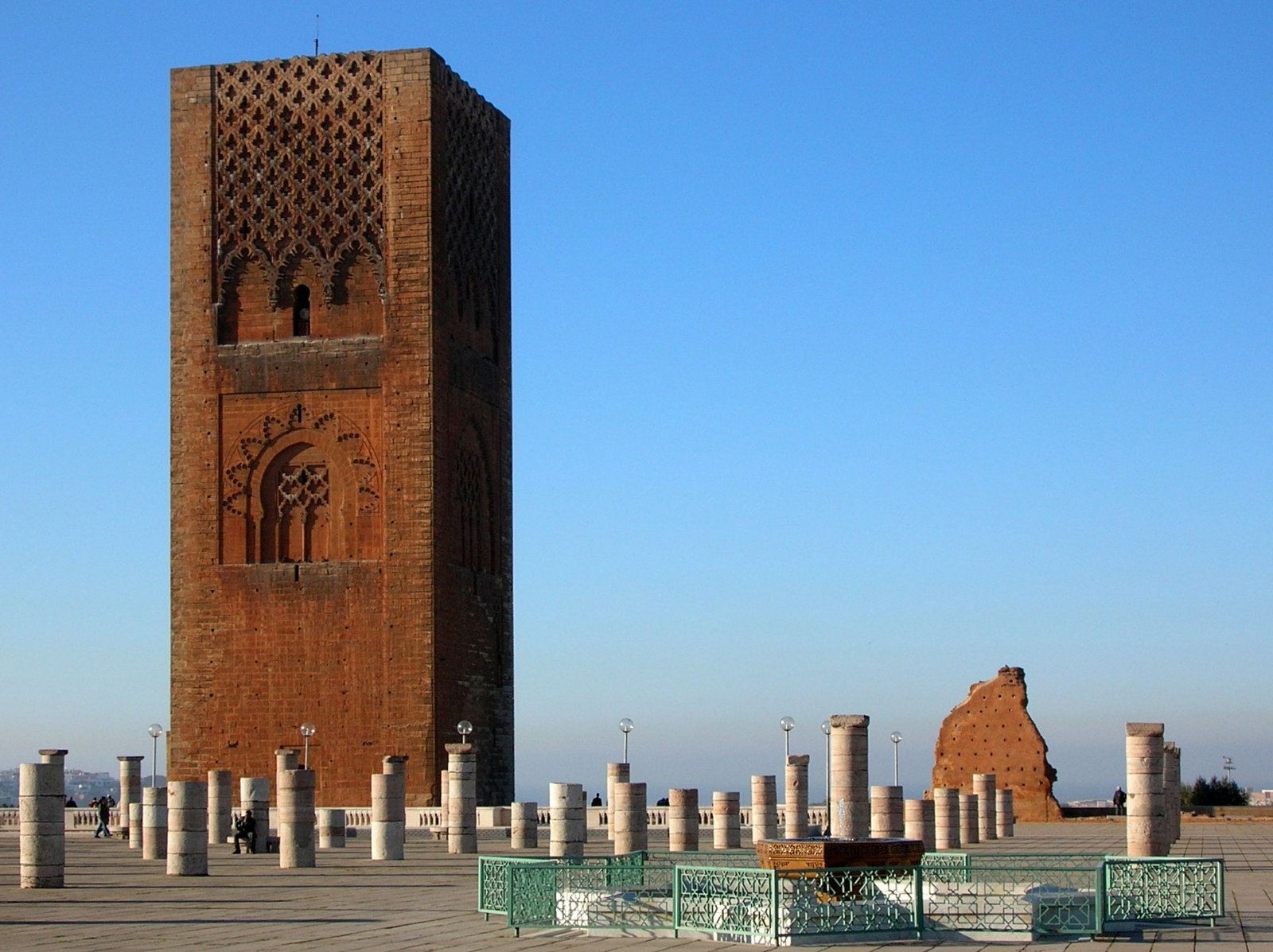 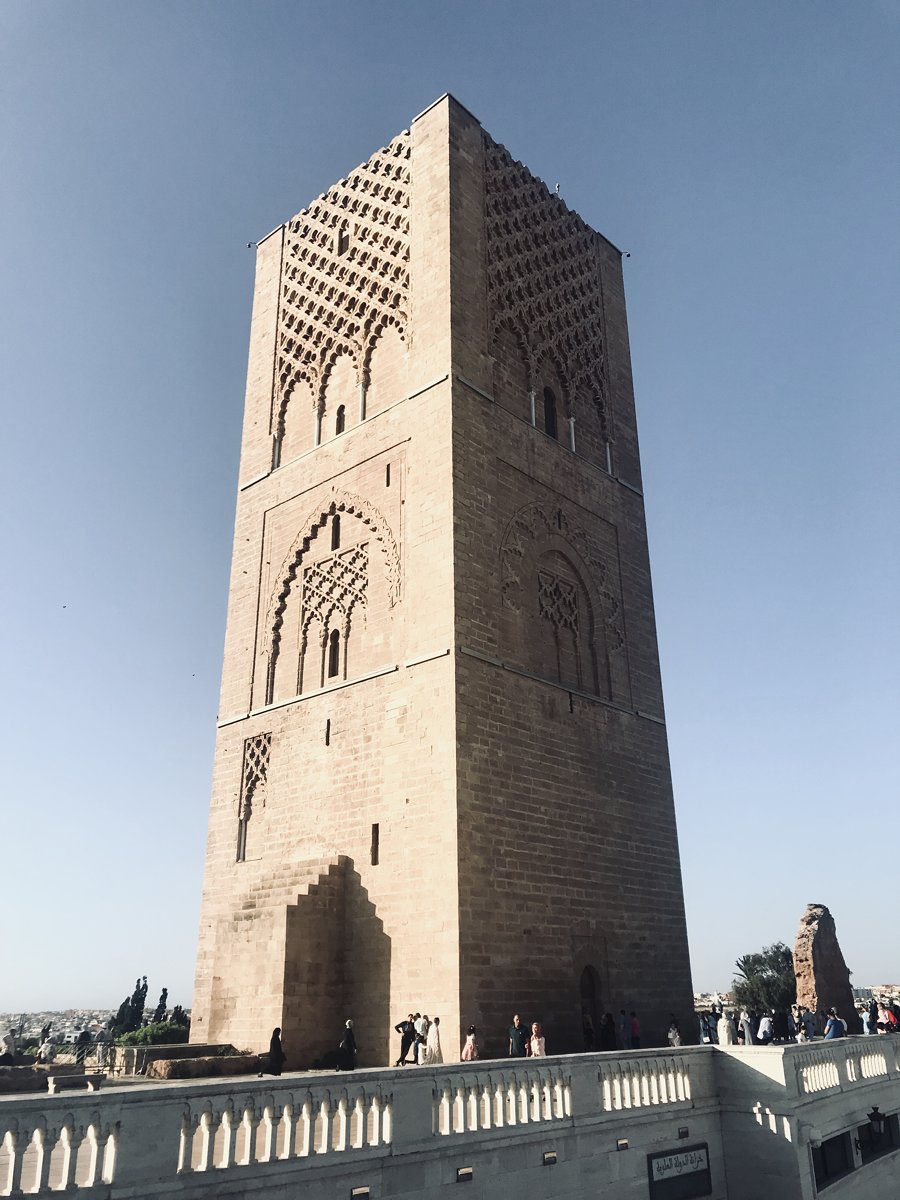 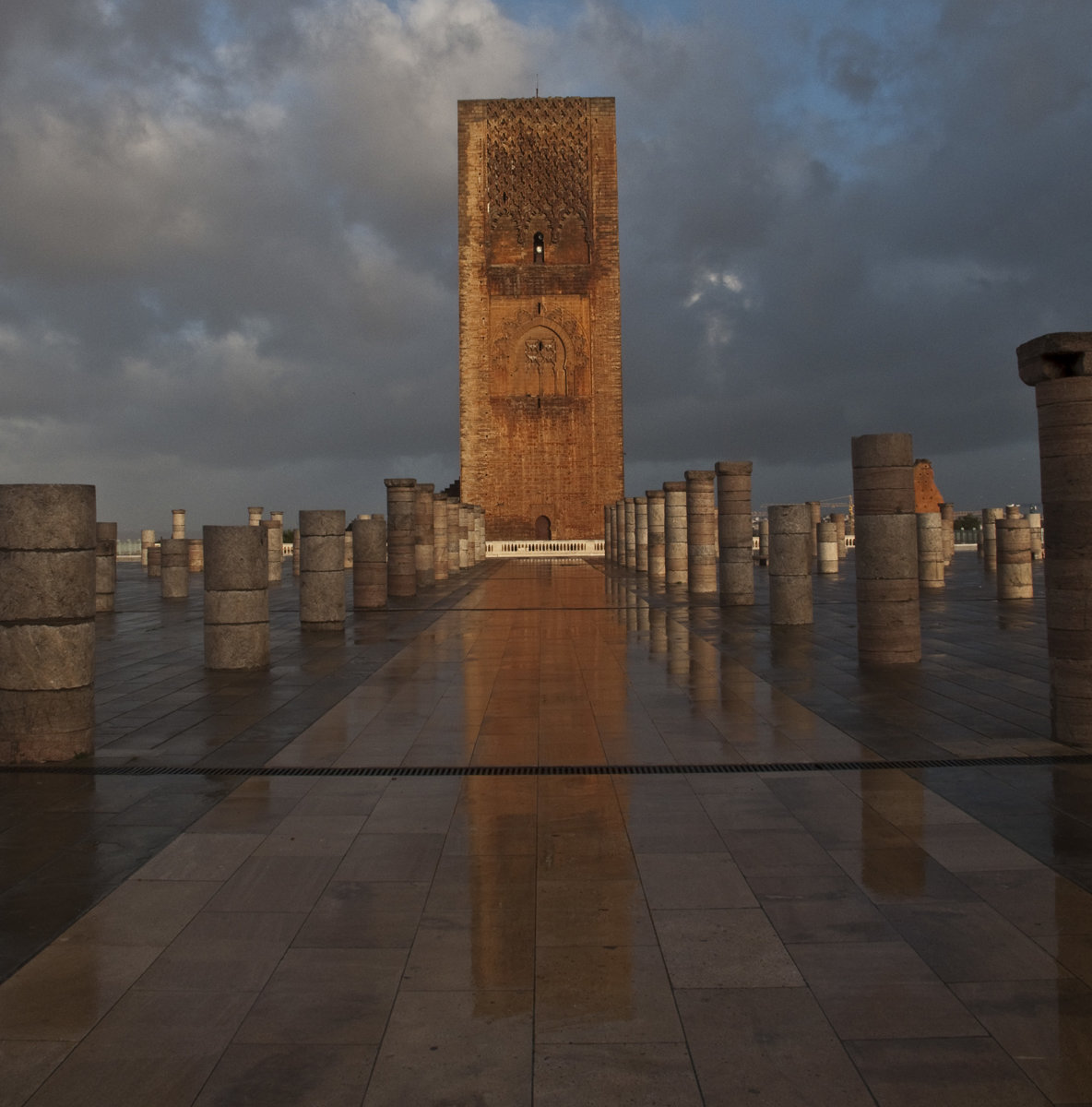 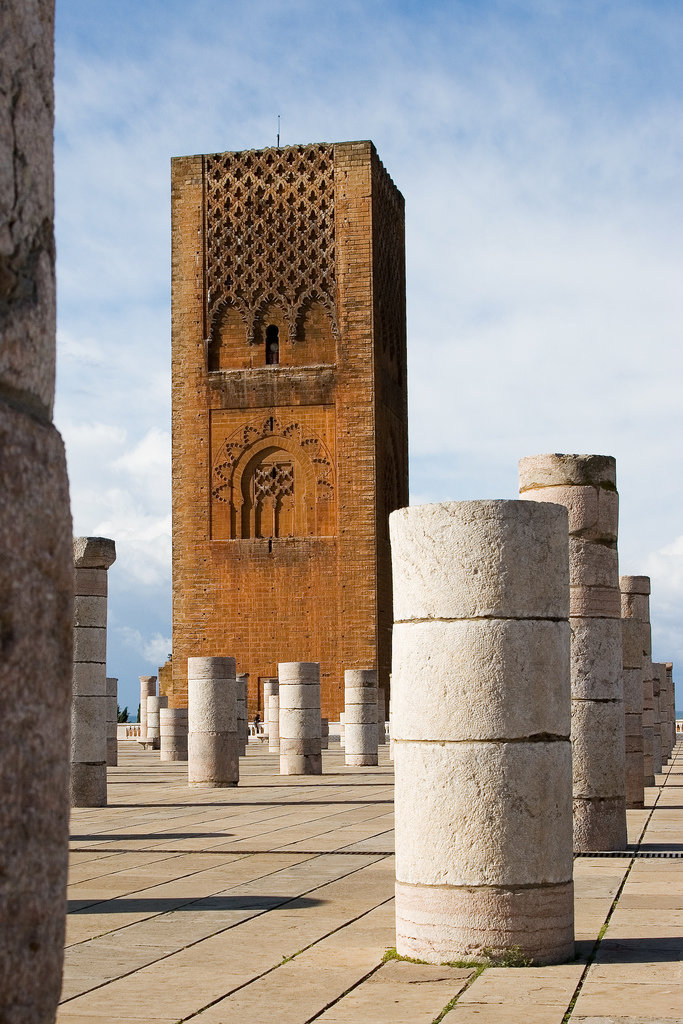 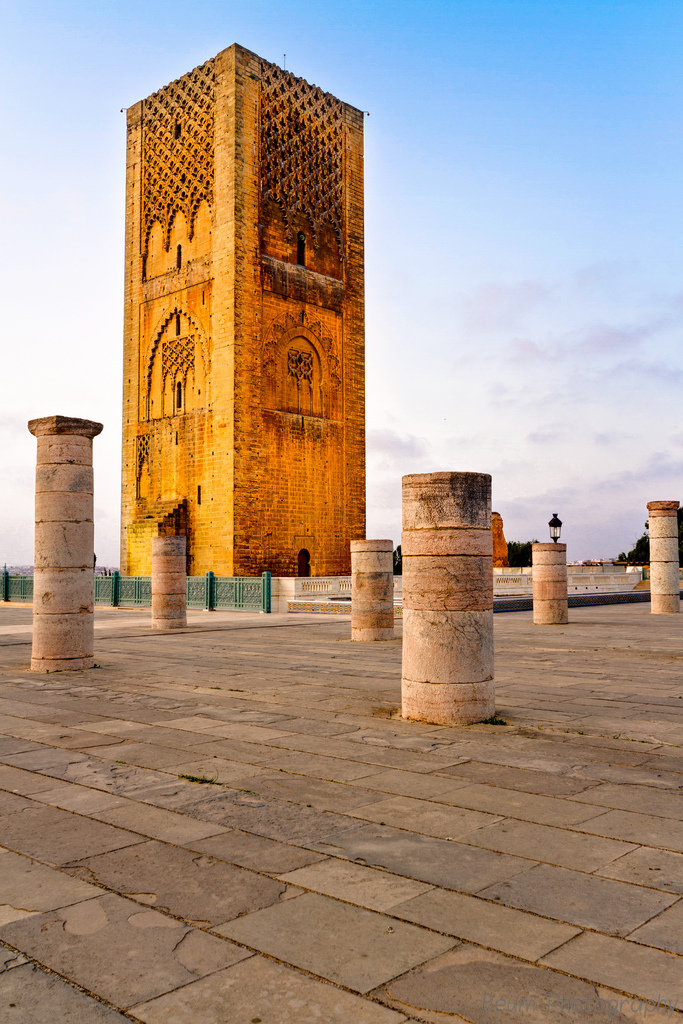 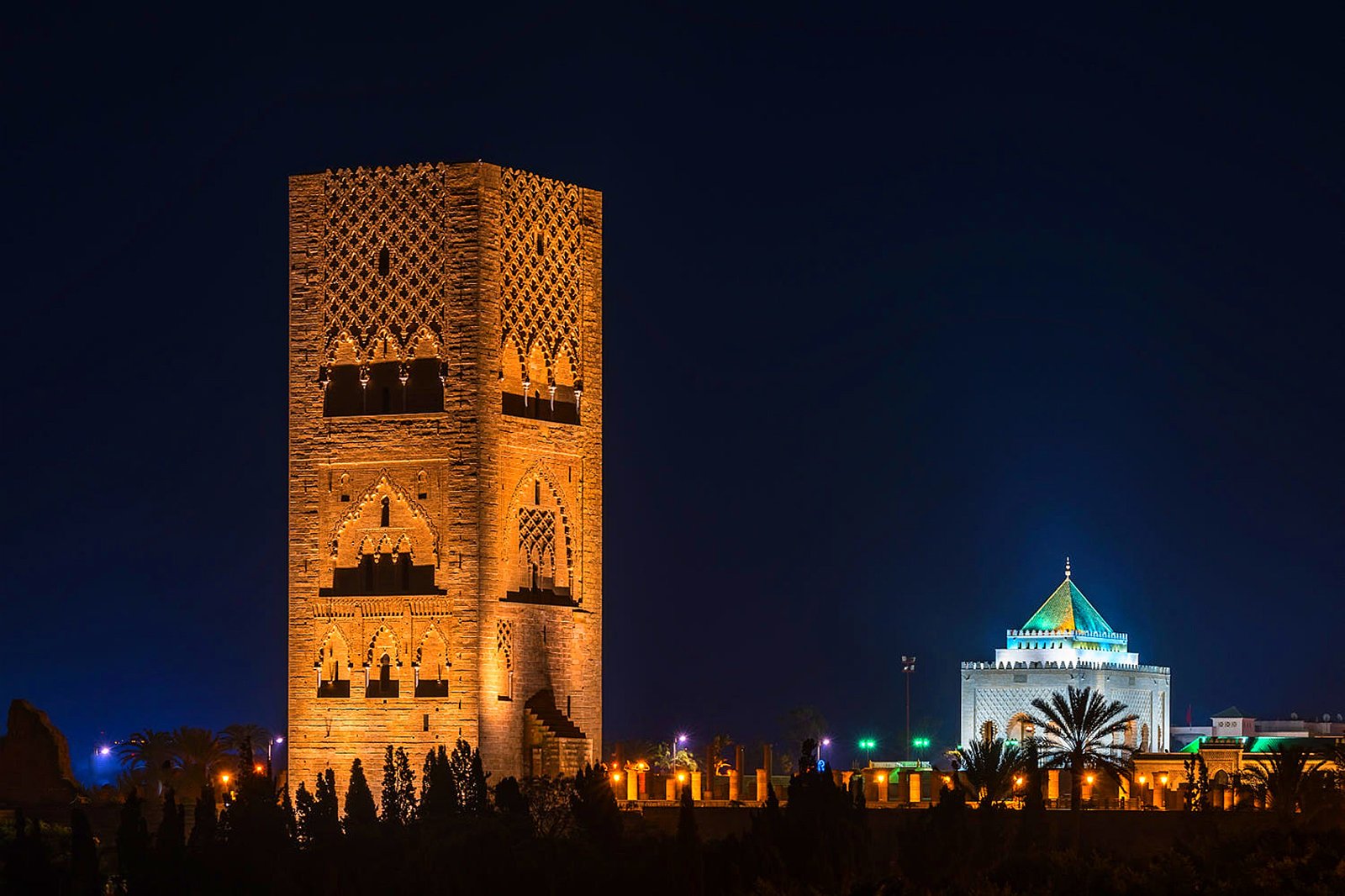 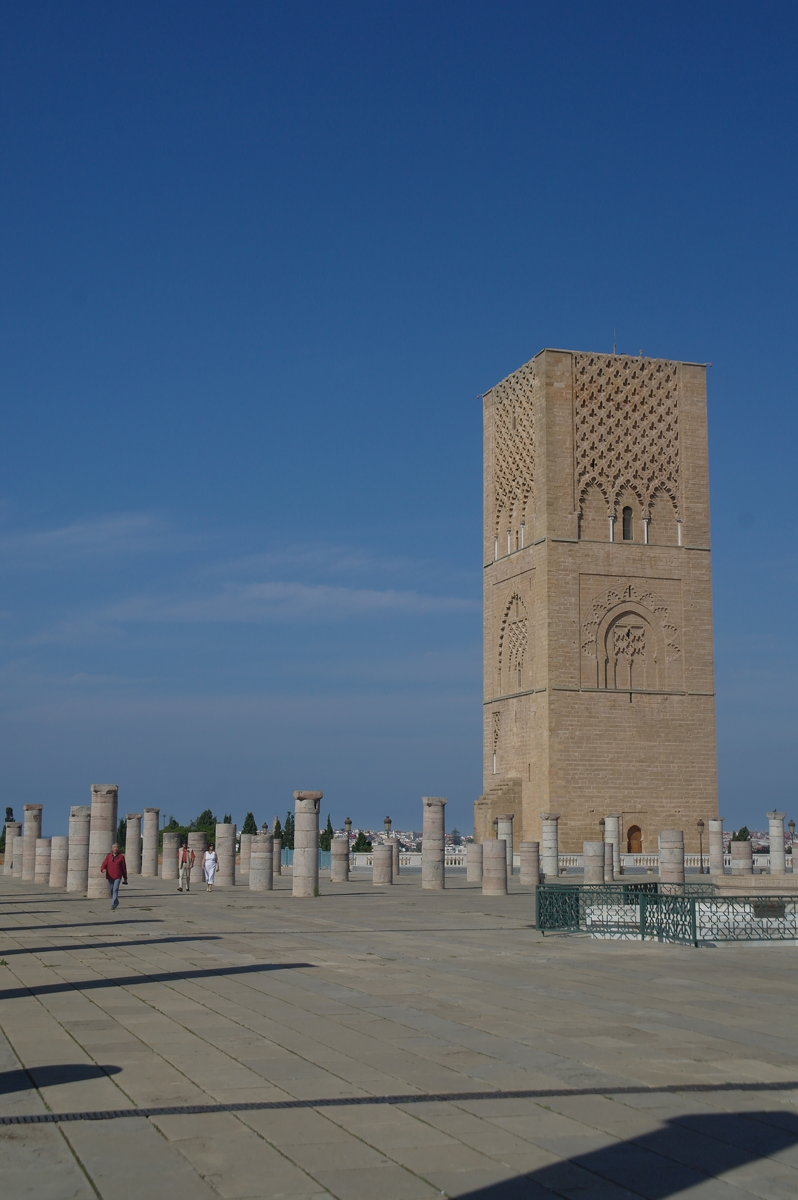