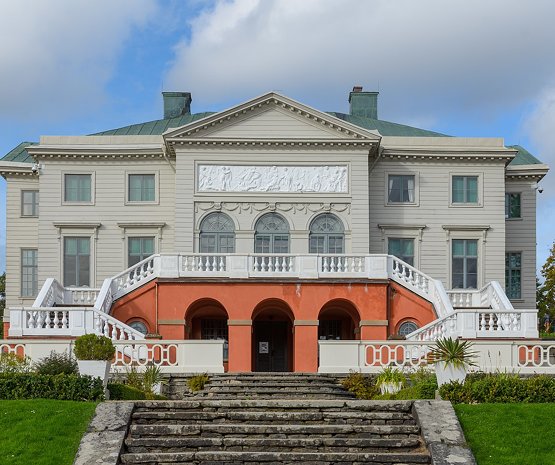 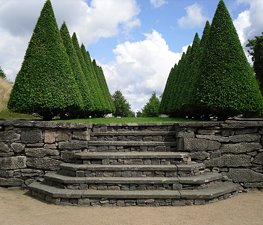 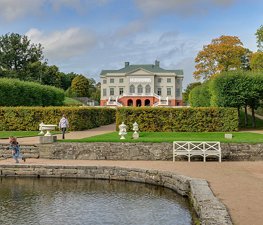 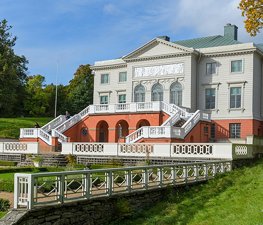 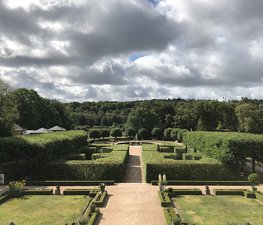 The estate consists of a main building from the end of the 18th century, built by merchant John Hall, and drawn by city architect Carl Wilhelm Carlberg in a Neoclassical architecture. All drawings and design plans are kept and through these, reconstructions and renovations of buildings and gardens are undergoing since the 1990s. Today, Gunnebo is one of Sweden's most complete 18th century estates.

After the death of Jon Hall in 1802, the House went to his son John Hall Junior. The son lost the family's trading business due to the recession during the Napoleonic wars and the family sold Gunnebo and all furnishings. The last private owner, baroness Hilda Sparre, died in 1948. The 18th century interior was recreated in the 1950s, when Mölndal Municipality bought the estate. Several original furniture have been brought back to Gunnebo during the 20th century. Today the House is a museum and a recreated 18th century home.

Gunnebo has one of Sweden's finest and best preserved baroque gardens. Surrounding these is a landscape garden between the lakes Stensjön and Rådasjön. The estate is a cultural reserve since 2003 and the main building is listed since 1963.

Both king Gustav III of Sweden and Marie Thérèse of France visited the Hall family at Gunnebo. King Gustav V visited Hilda Sparre at the House in the early 20th century. In June 2001 guests of the EU-summit in Gothenburg, among whom U.S. President George W Bush, visited Gunnebo House.

The parks are open to the public and the interior of the House can be seen with a guided tour. Guided tours are offered for visitors the year around and there is also a shop and a restaurant. Every summer, an open-air theatre is held in the gardens.

Mathilda Larsson
Food is very good. Most of it from the castles own garden. Lunch 165 sek during summer. Cardamom rolls were amaaaaziiing.

Do
Great place for a fika. Wander around the garden and stop at the cafe for a small refreshment or lunch.

Kristina Svensson
The restaurang has nice lunches and great cakes. I recommened the chocolat pie.

Emanuel Karlsten
Find the restaurant and enjoy the lunch buffet! Open til 14.30 during summers

Liseberg is an amusement park located in Gothenburg, Sweden, the park

The national Museum of World Culture opened in Gothenburg, Sweden, in

The Örgryte Old Church (svenska. Örgryte gamla kyrka) is a church b

Universeum is a public science centre and museum in Gothenburg, Sweden

The Gothenburg Museum of Art (svenska. Göteborgs konstmuseum) at

Götaplatsen is a public square in Gothenburg, Sweden, at the southern

Gothenburg Concert Hall is a concert hall located in Gothenburg,

Gothenburg City Theatre opened in 1934 at Götaplatsen square in

Melikhovo (русский. Ме́лихово) was the country estate of the Russian

Усадьба Быково is a tourist attraction, one of the Manors in By 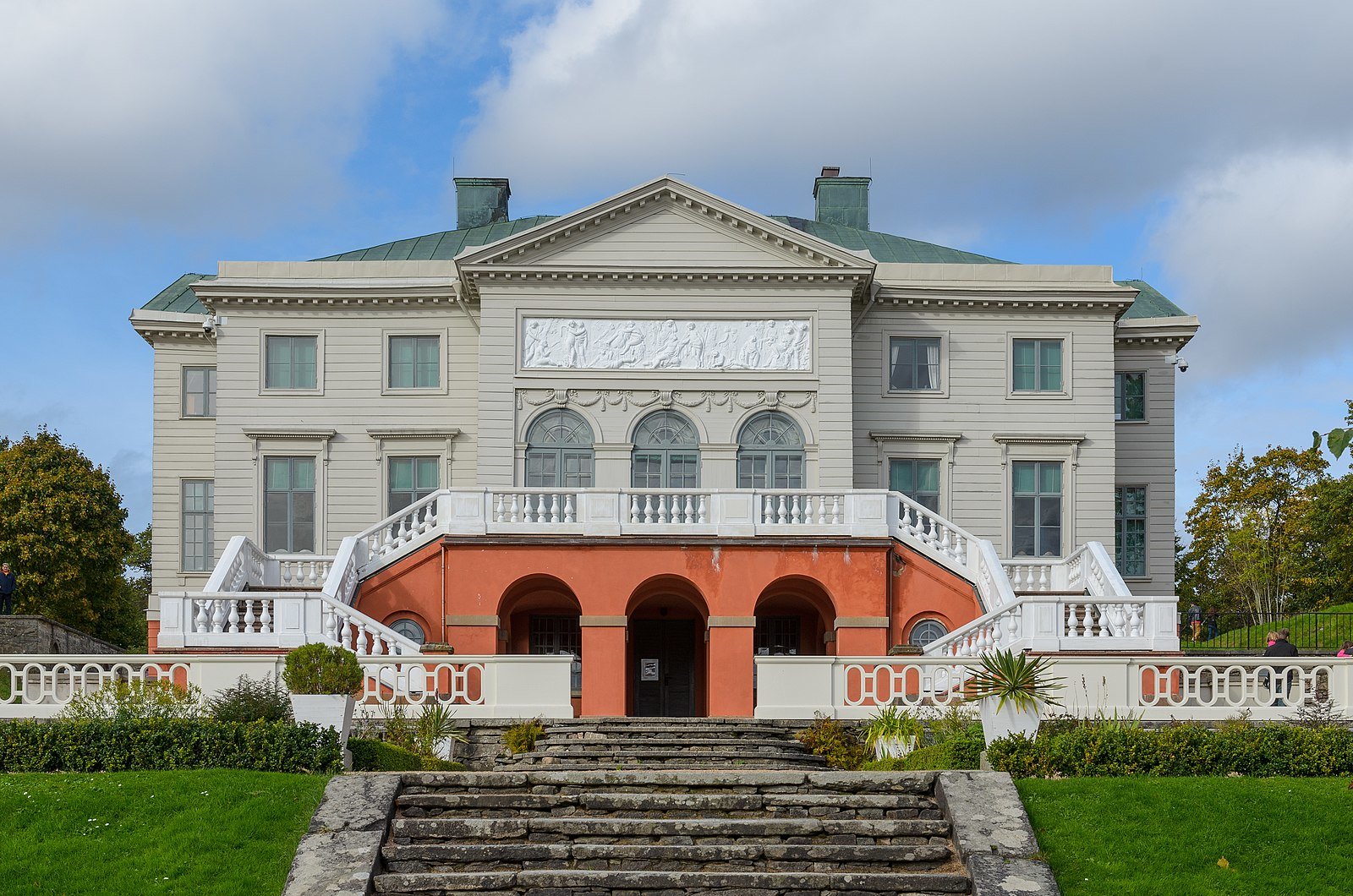 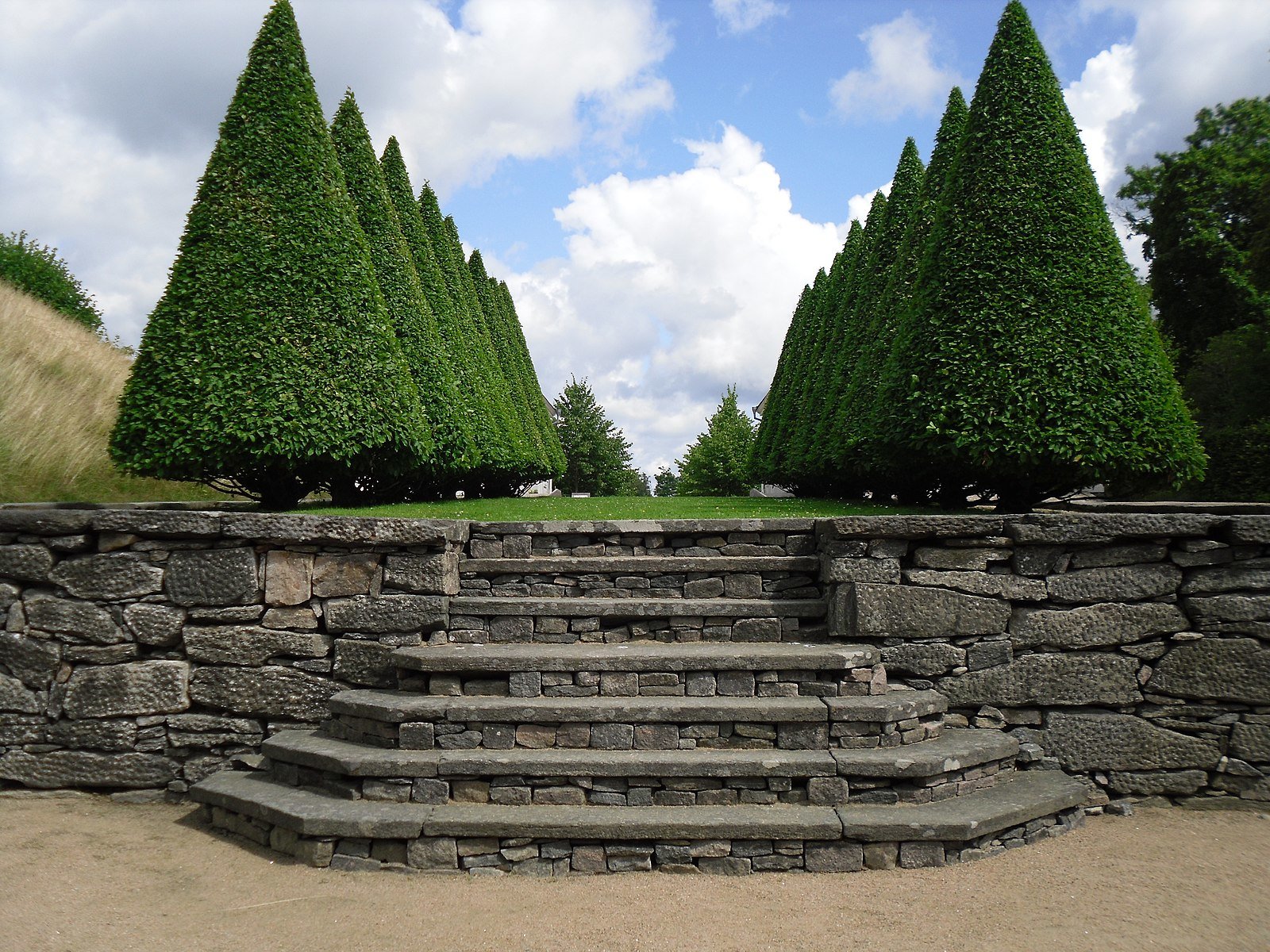 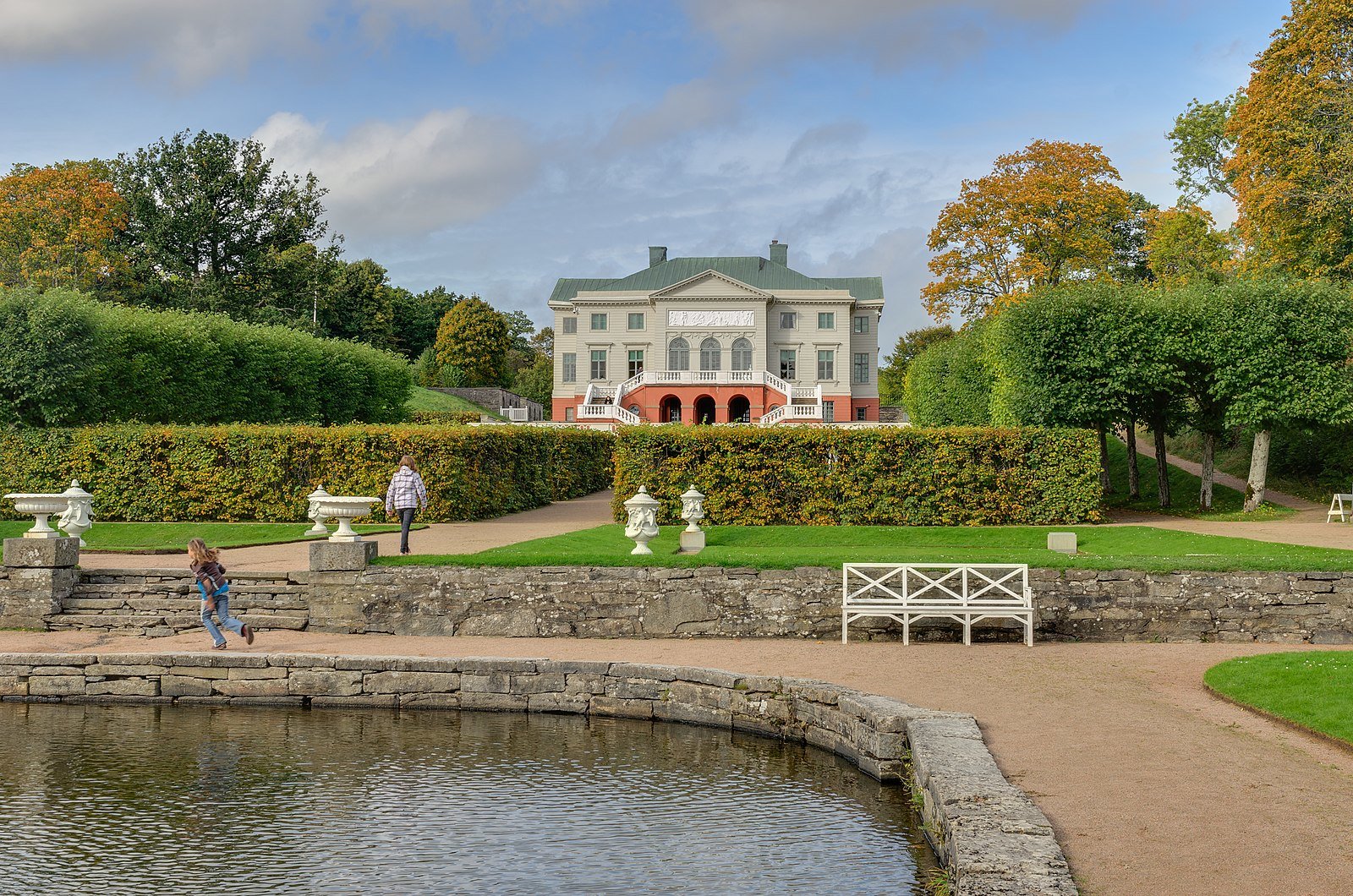 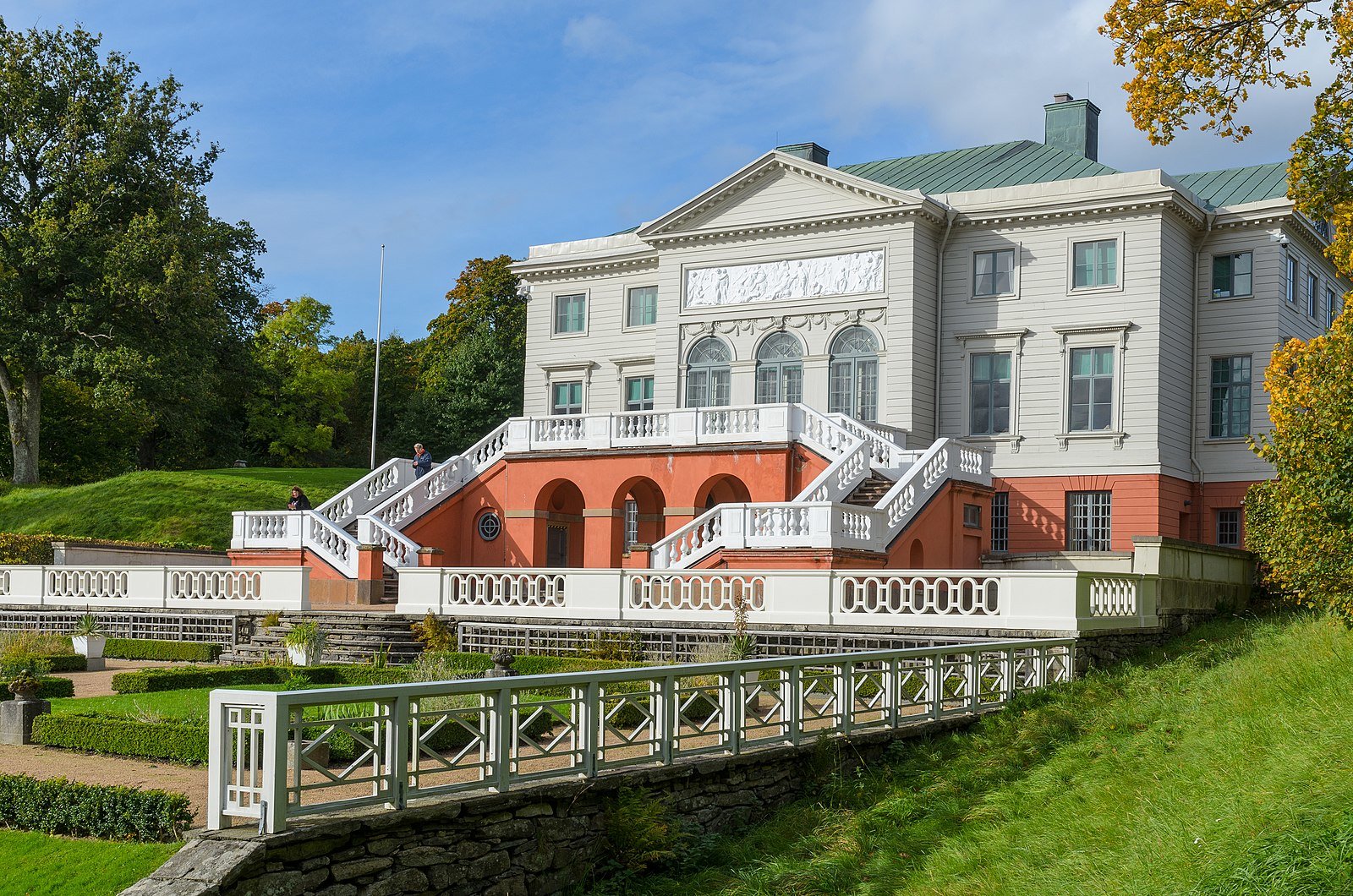 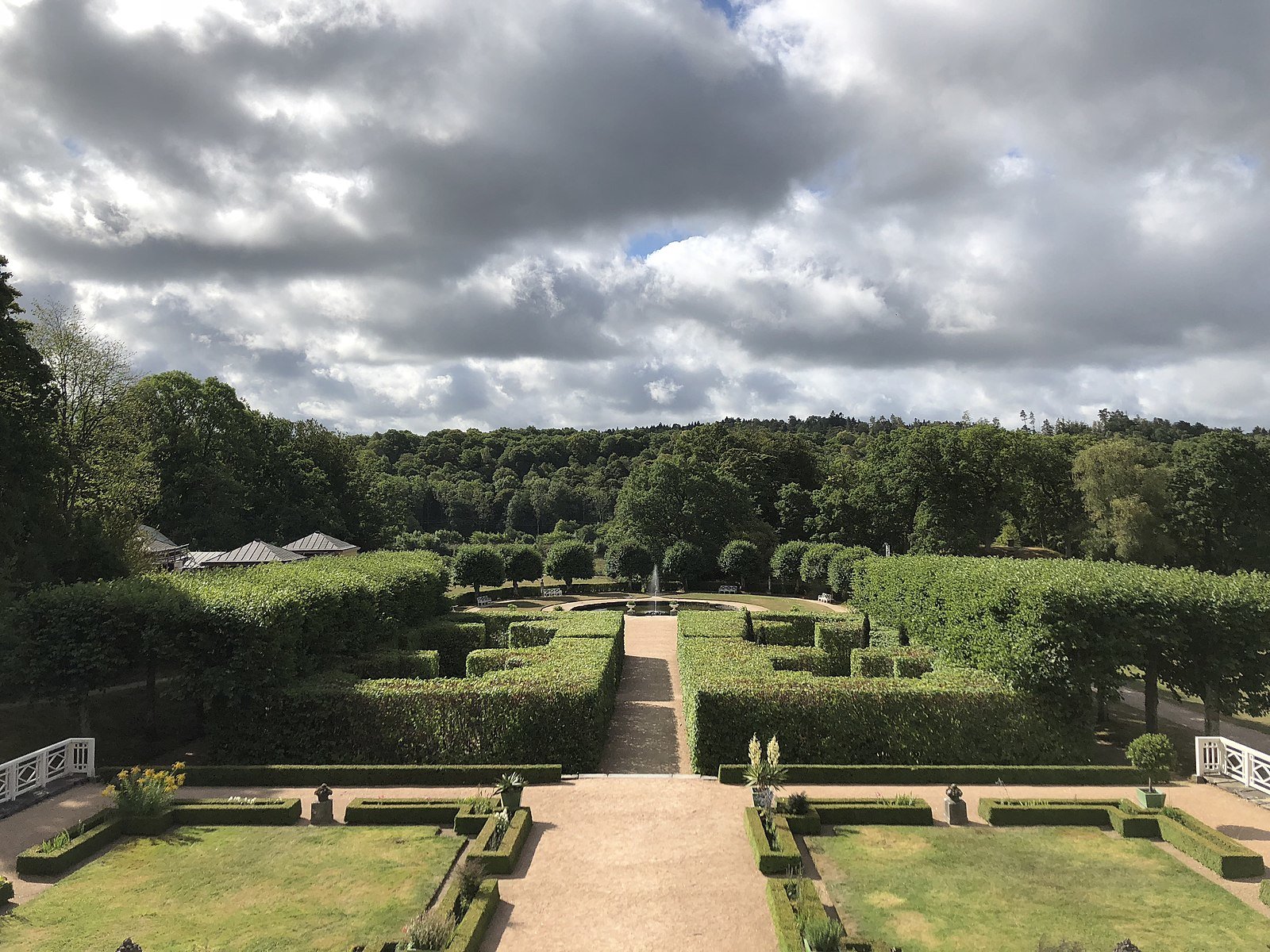 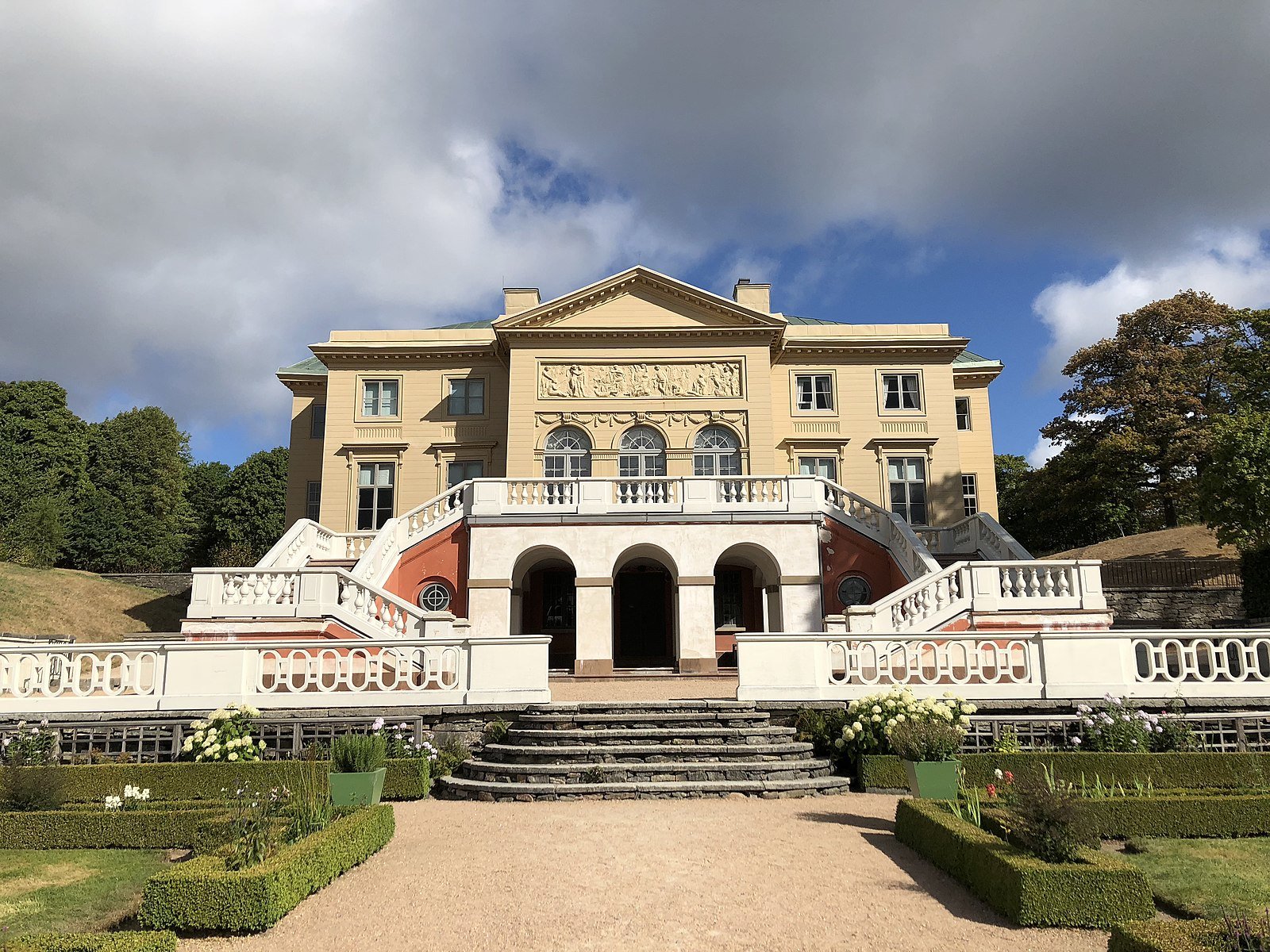 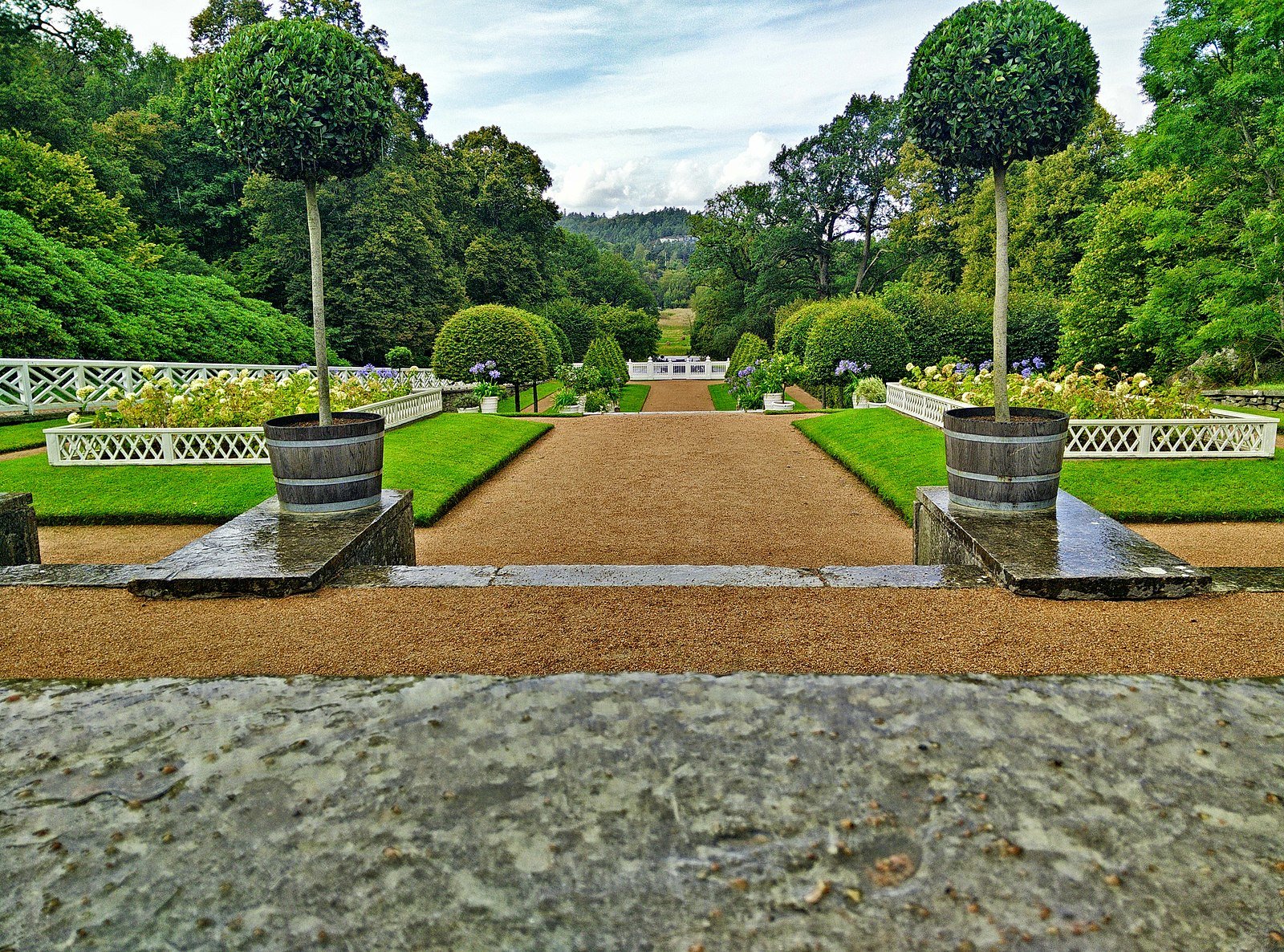 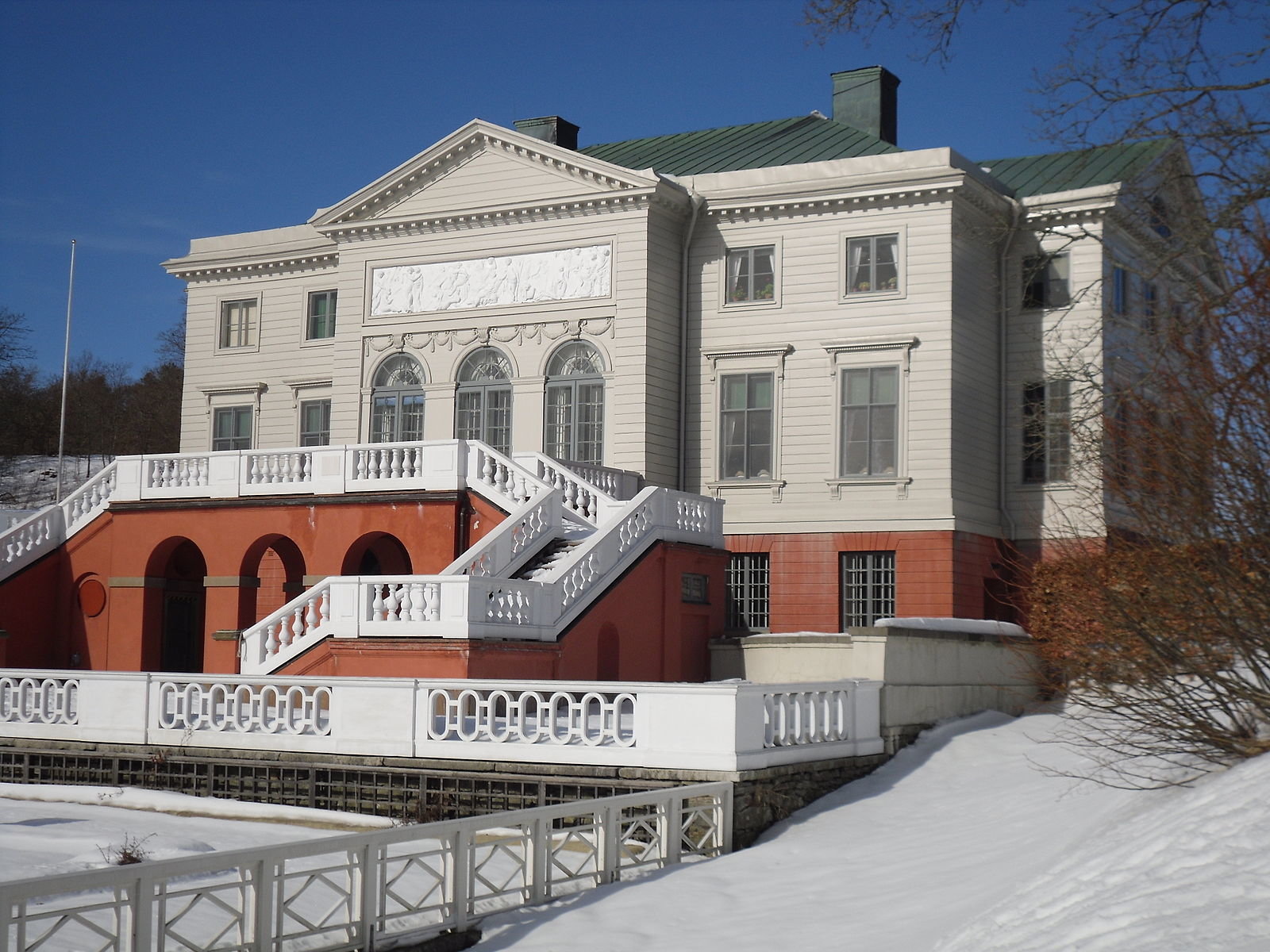 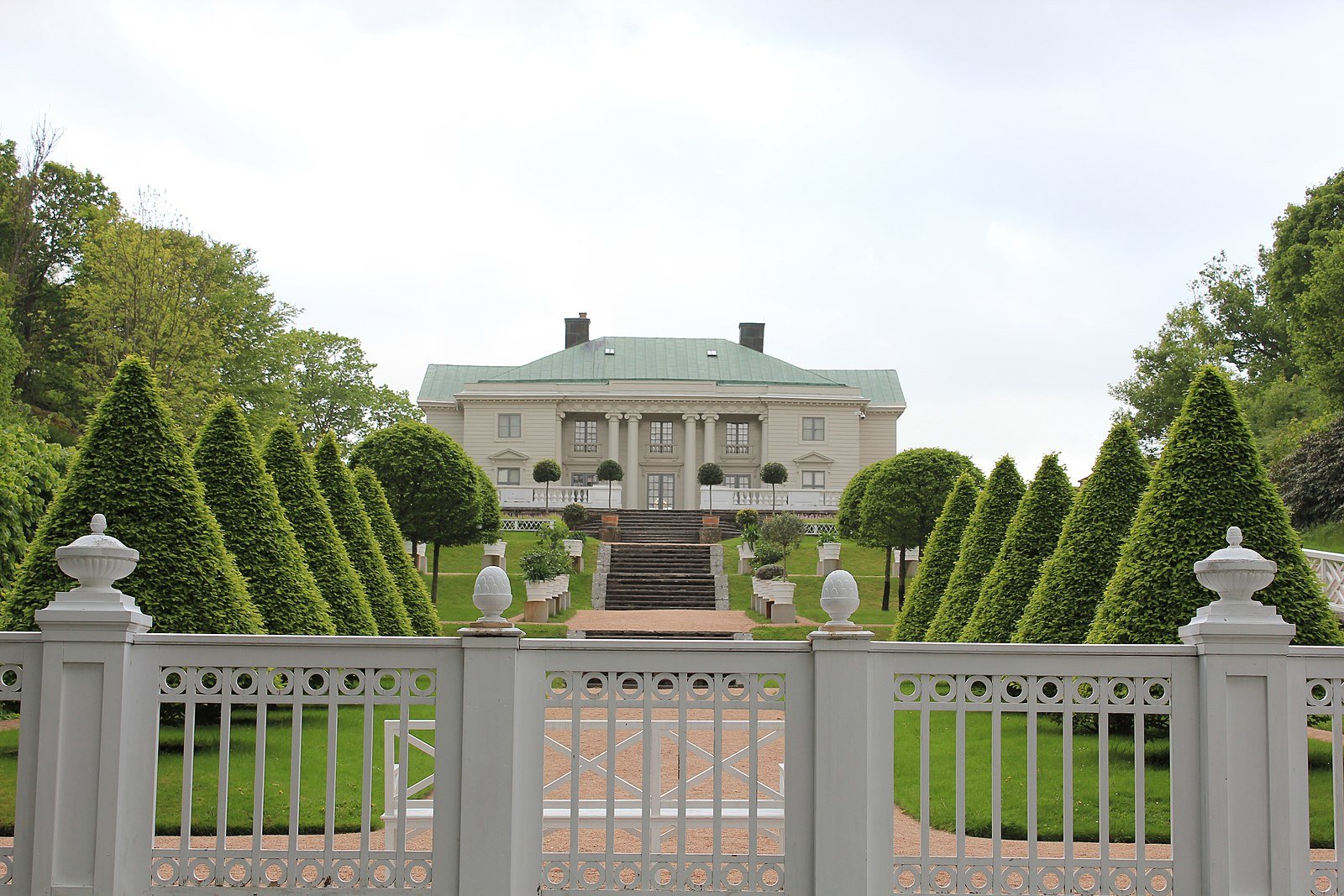 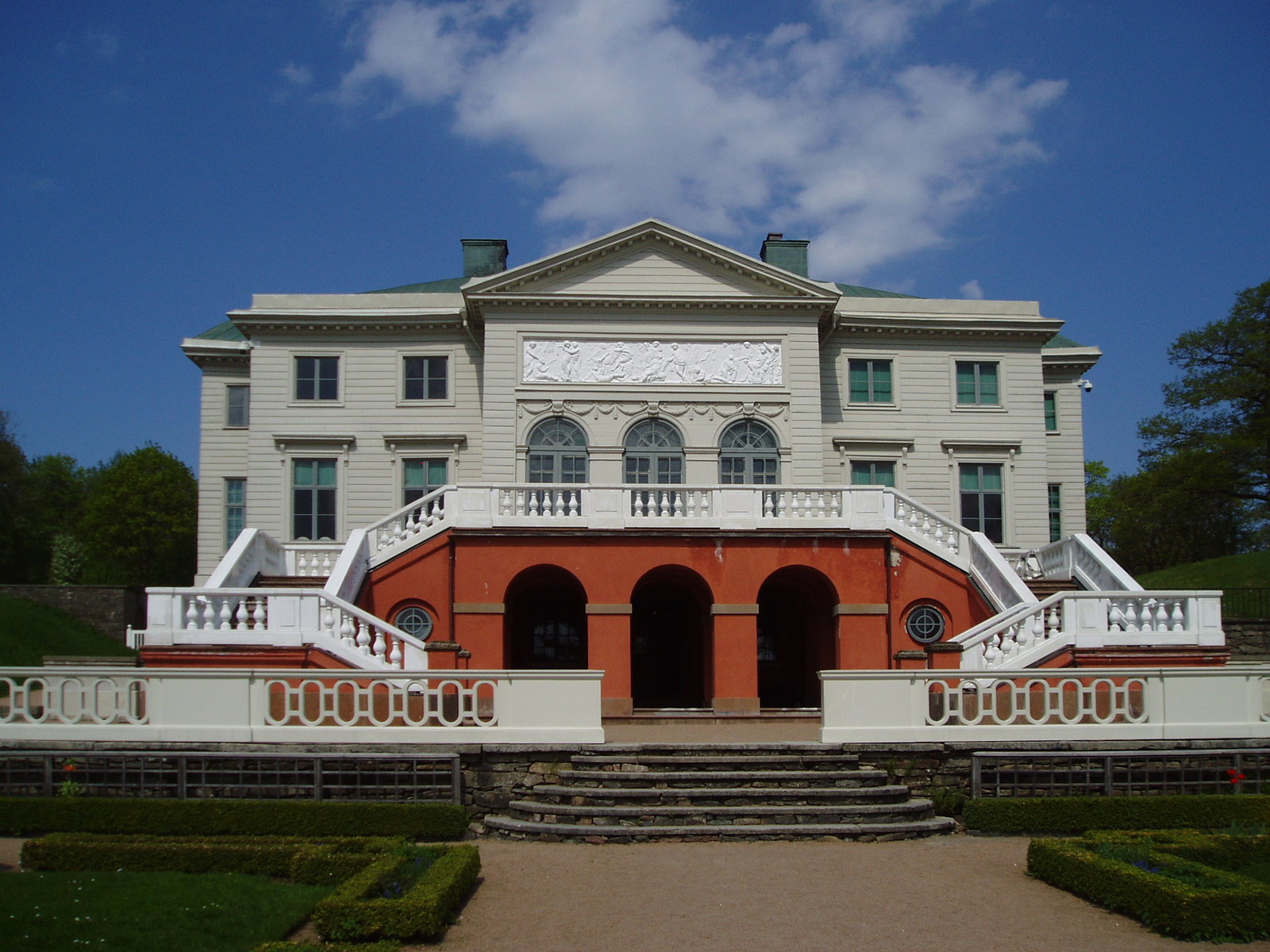 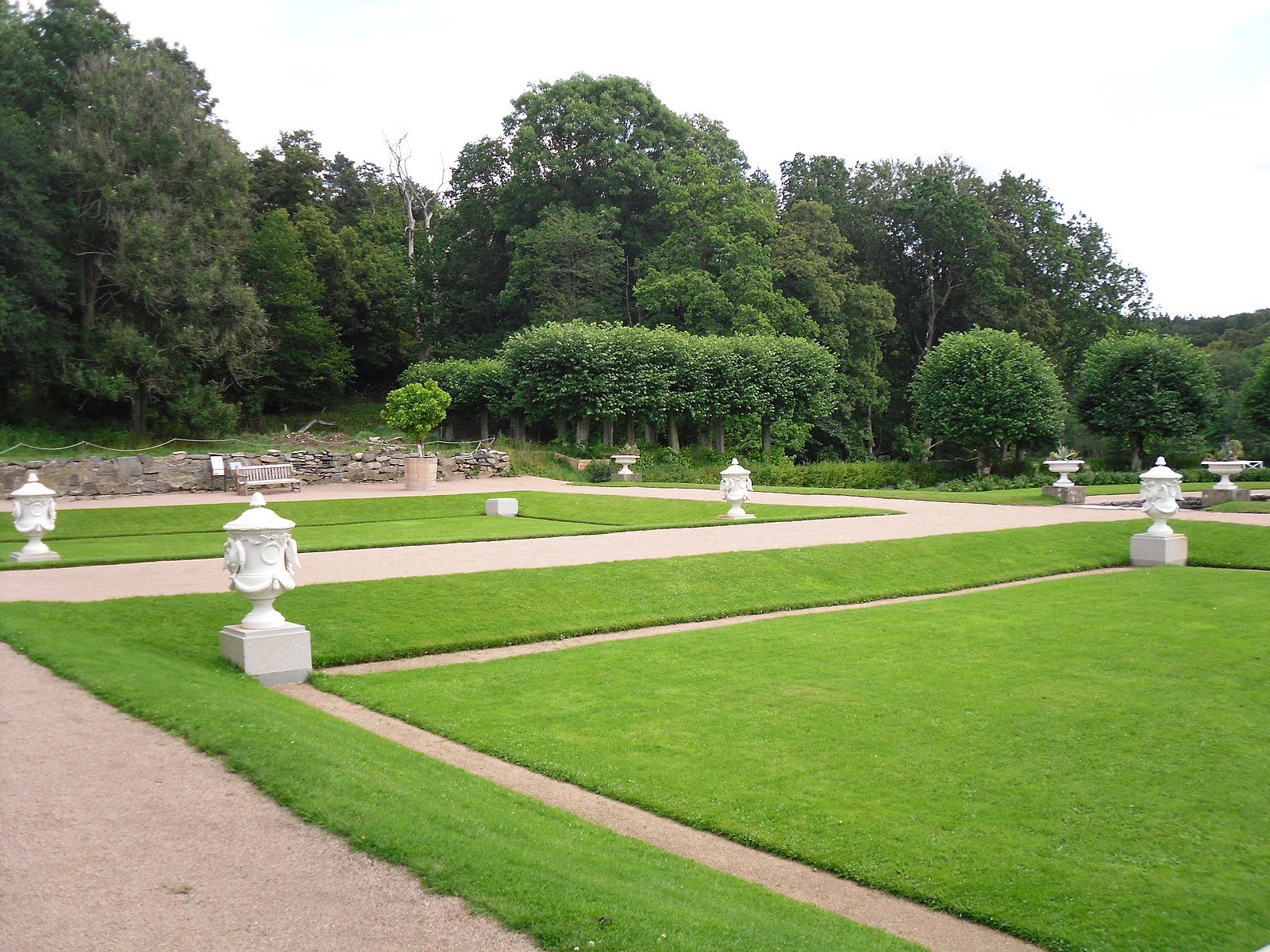 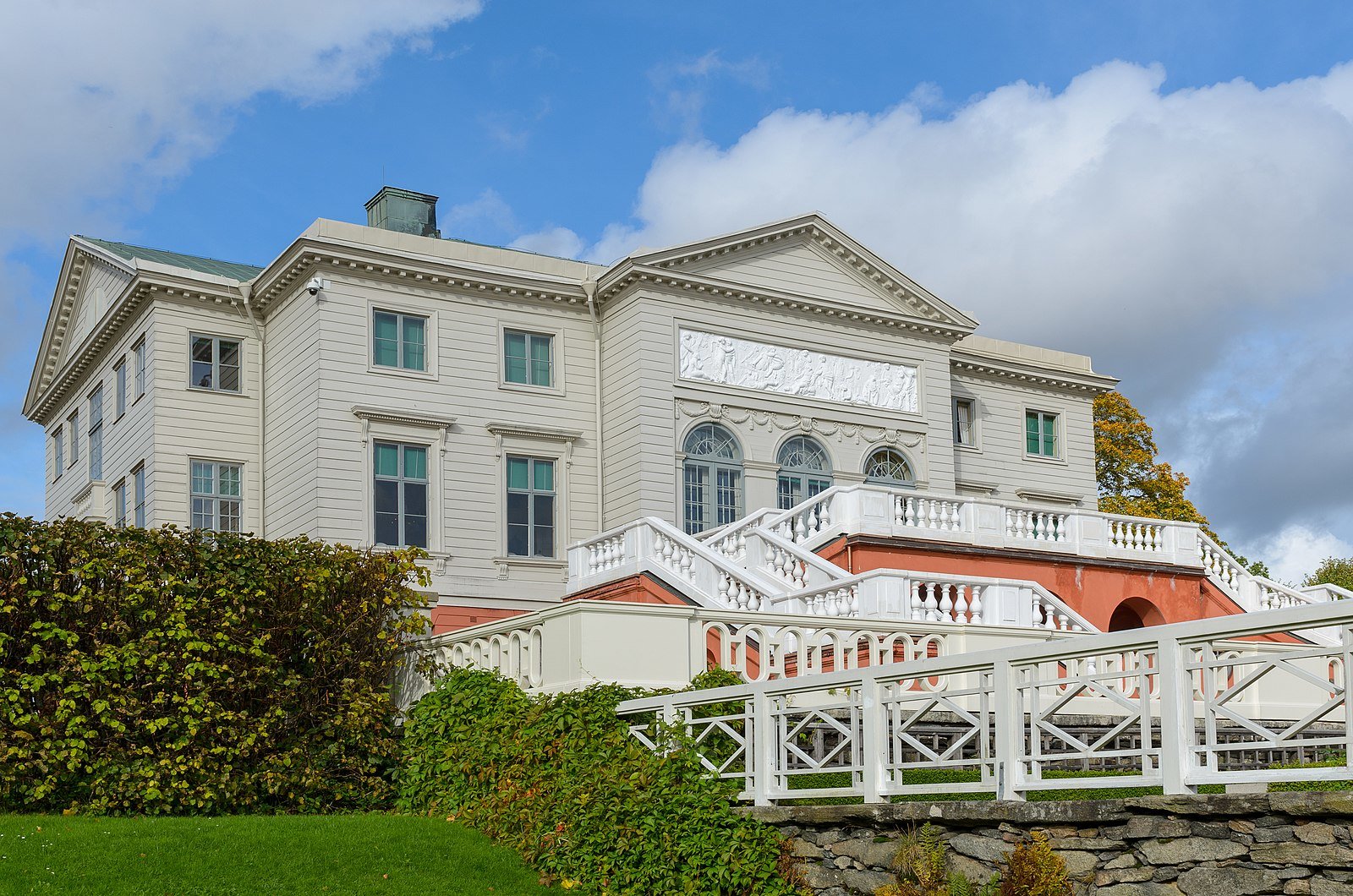 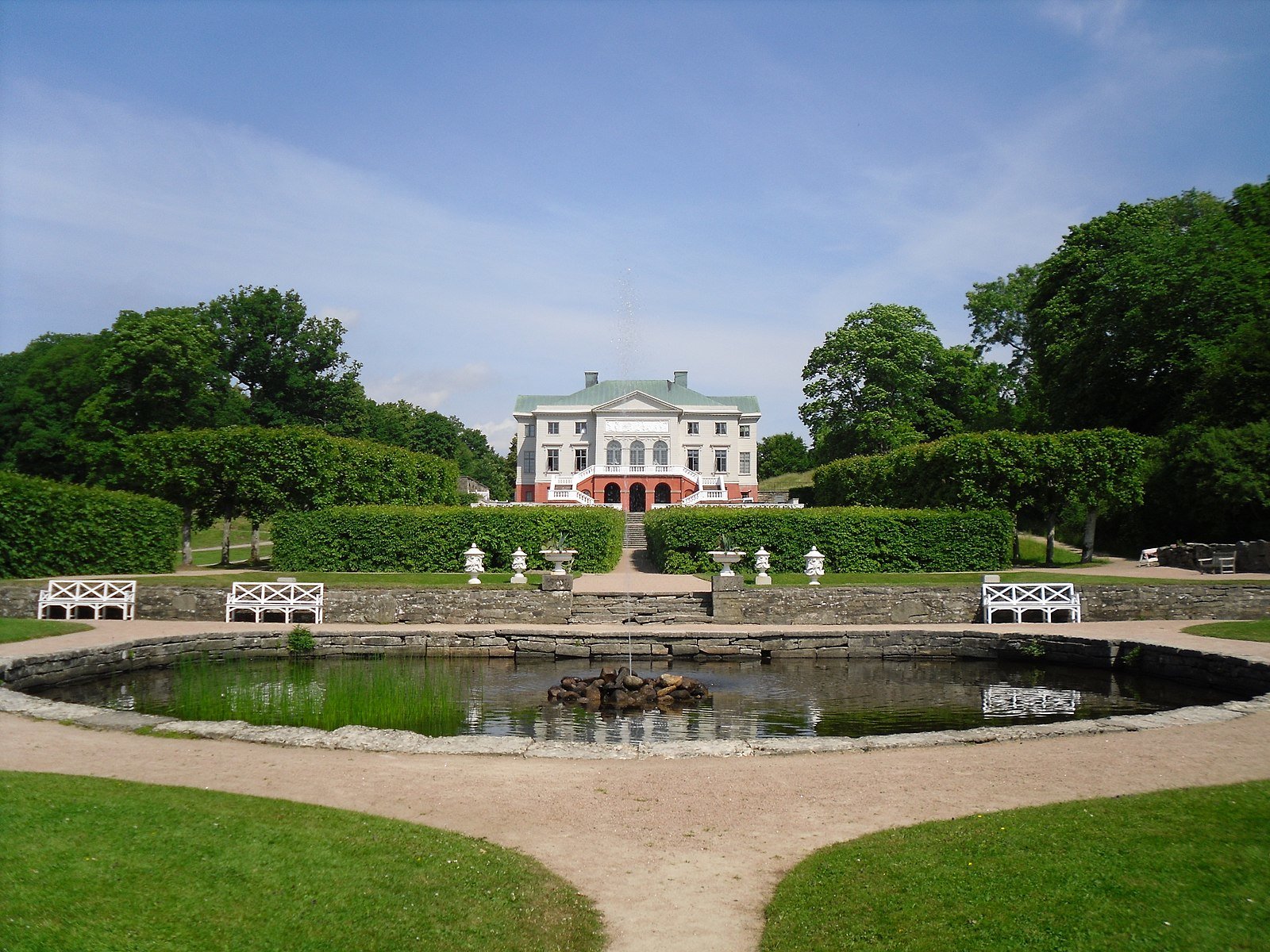 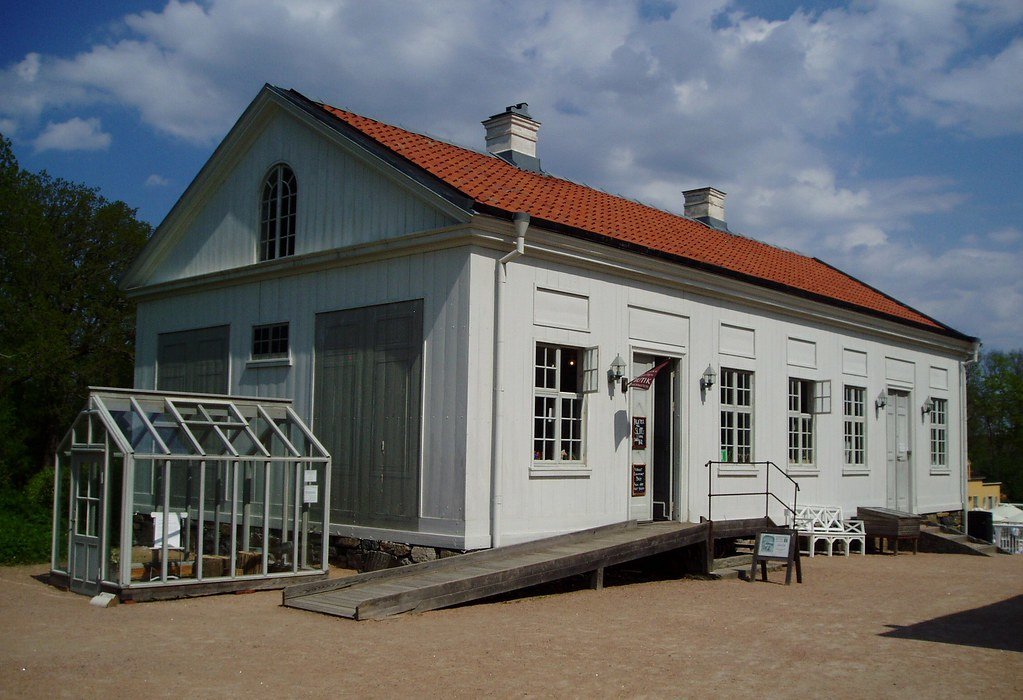 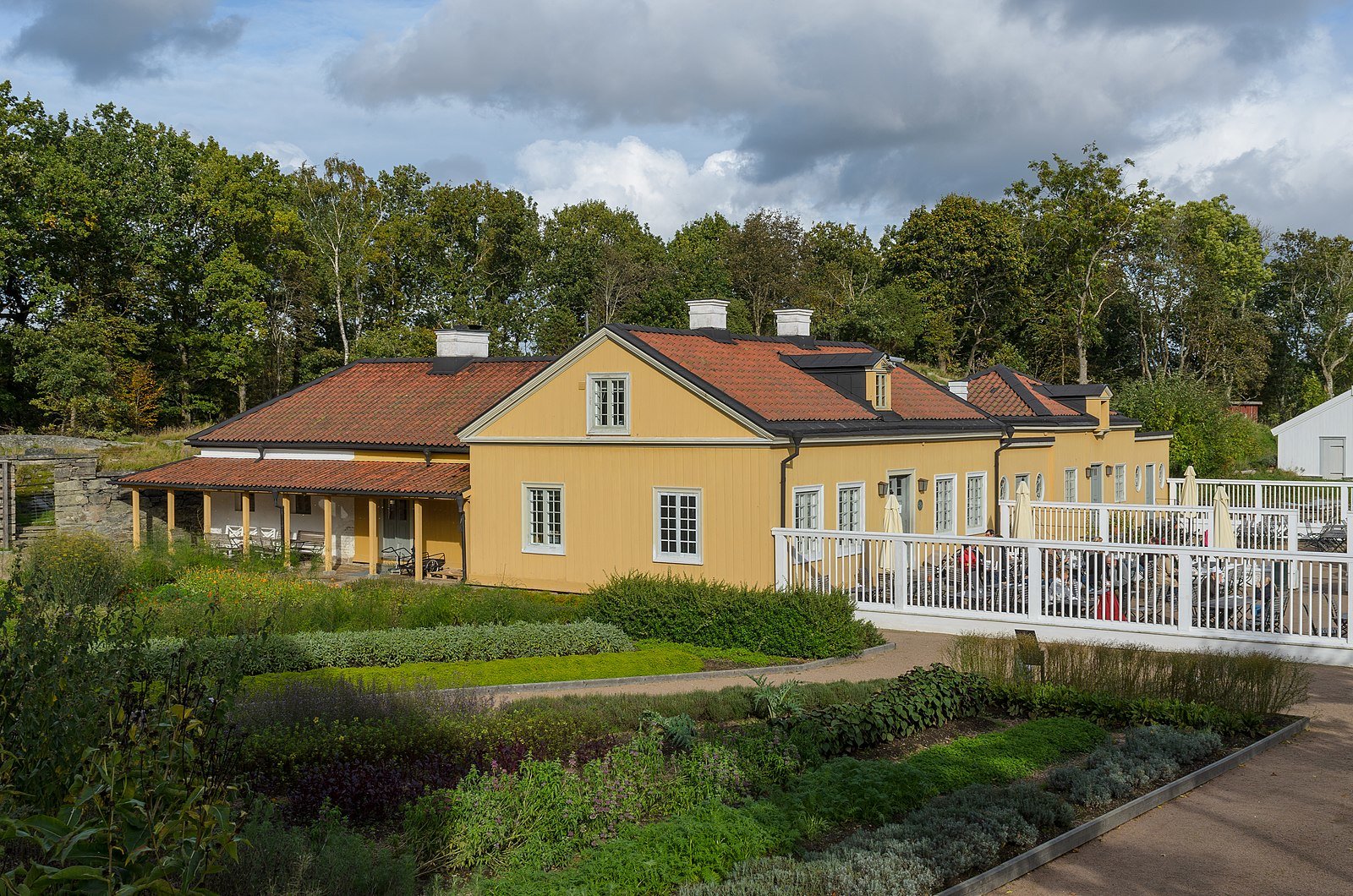 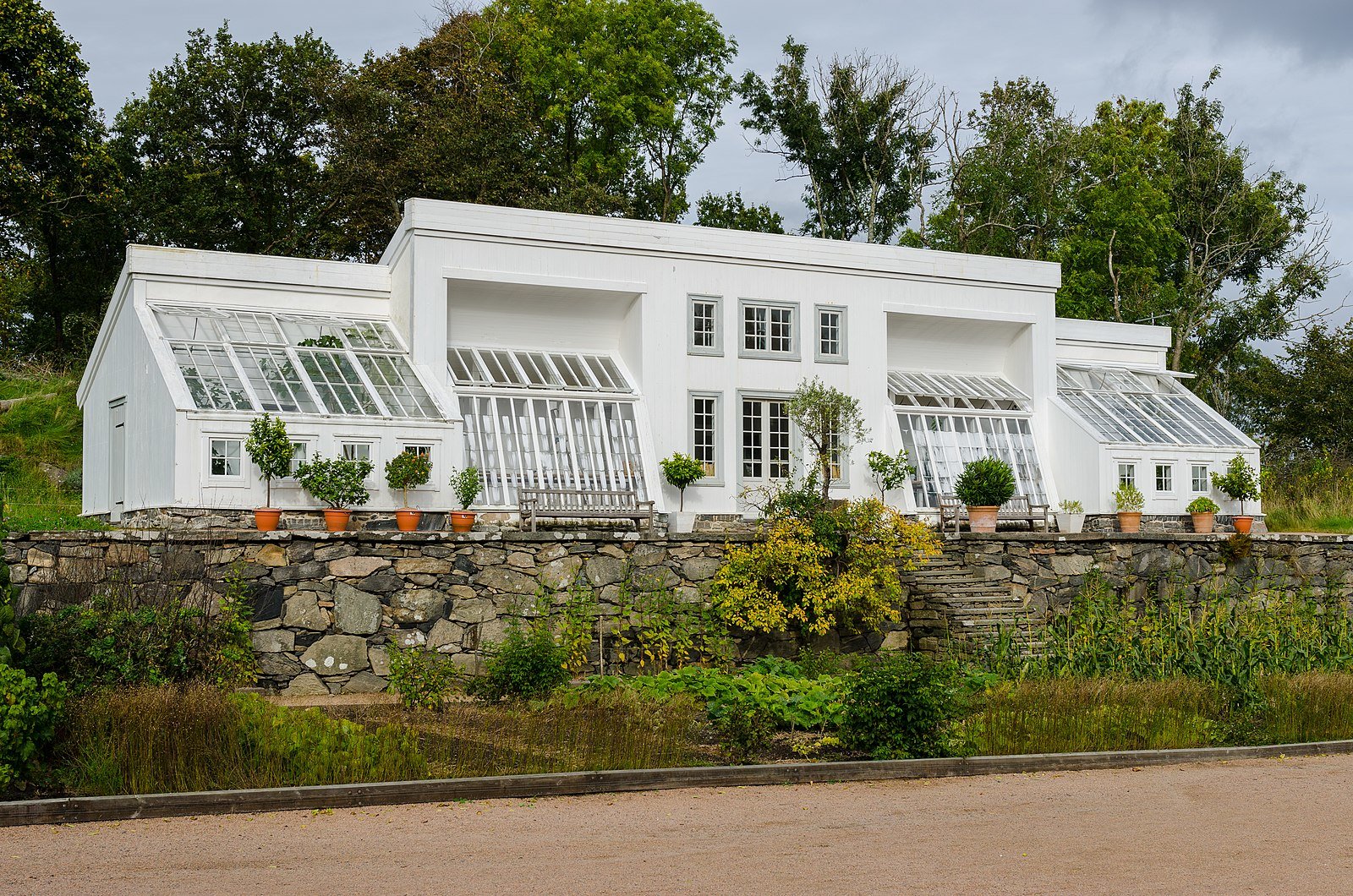 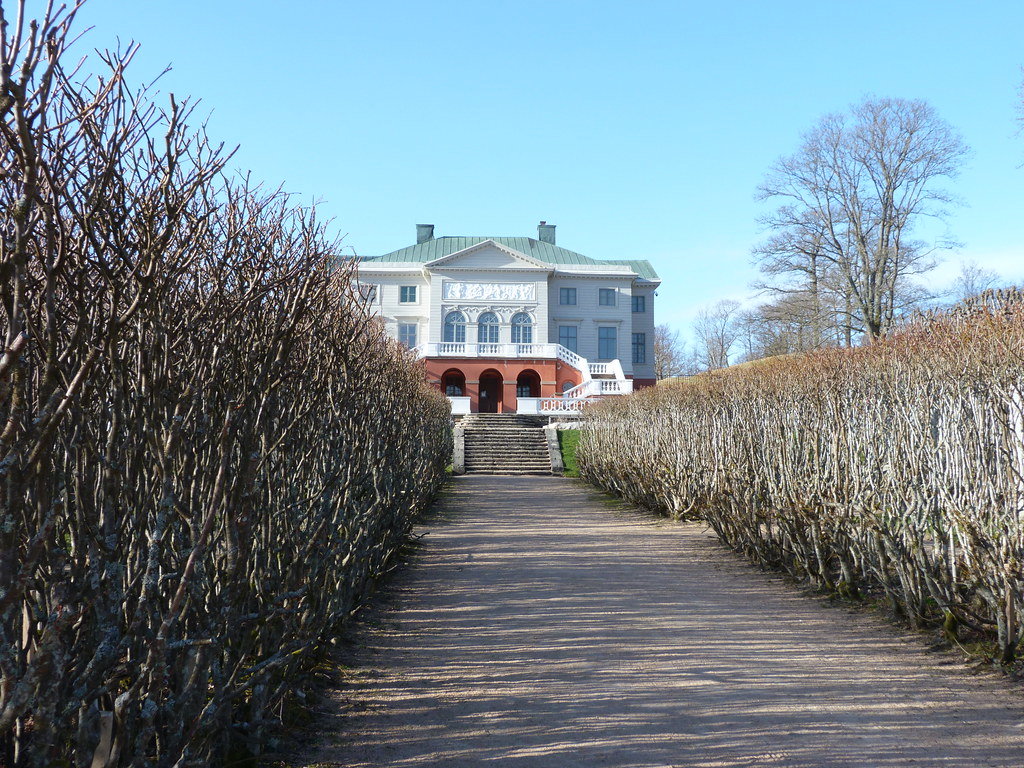 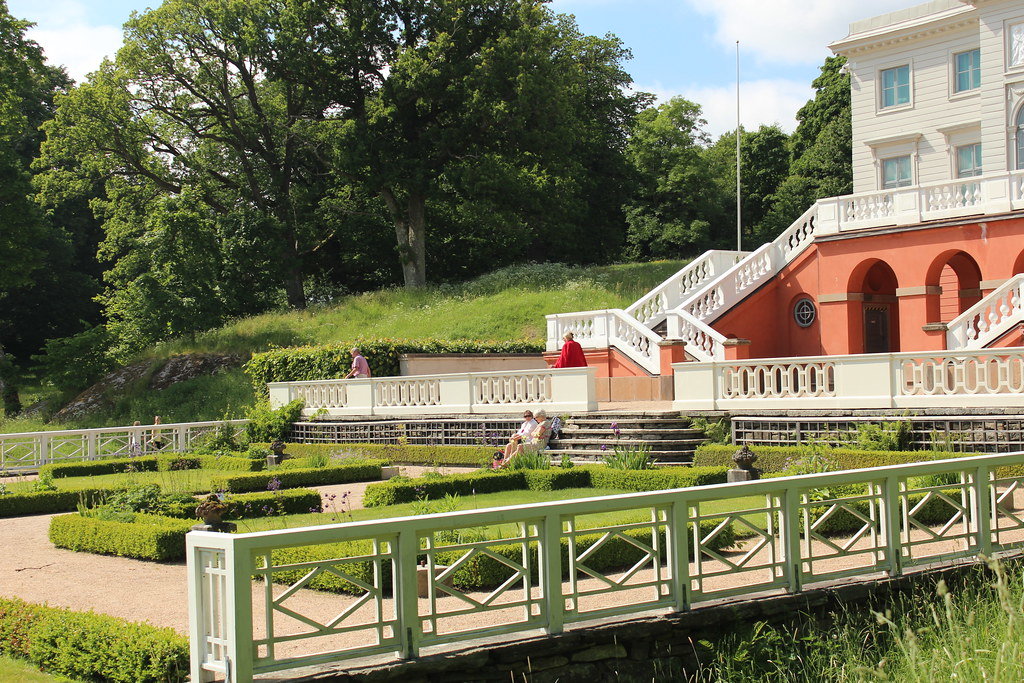 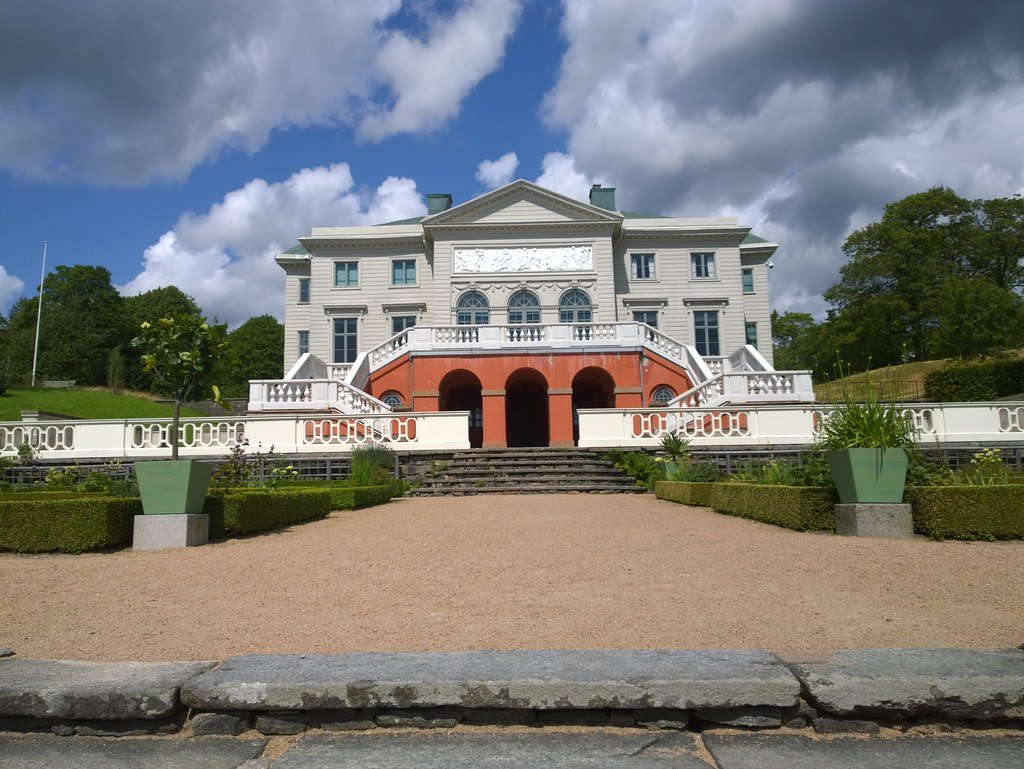 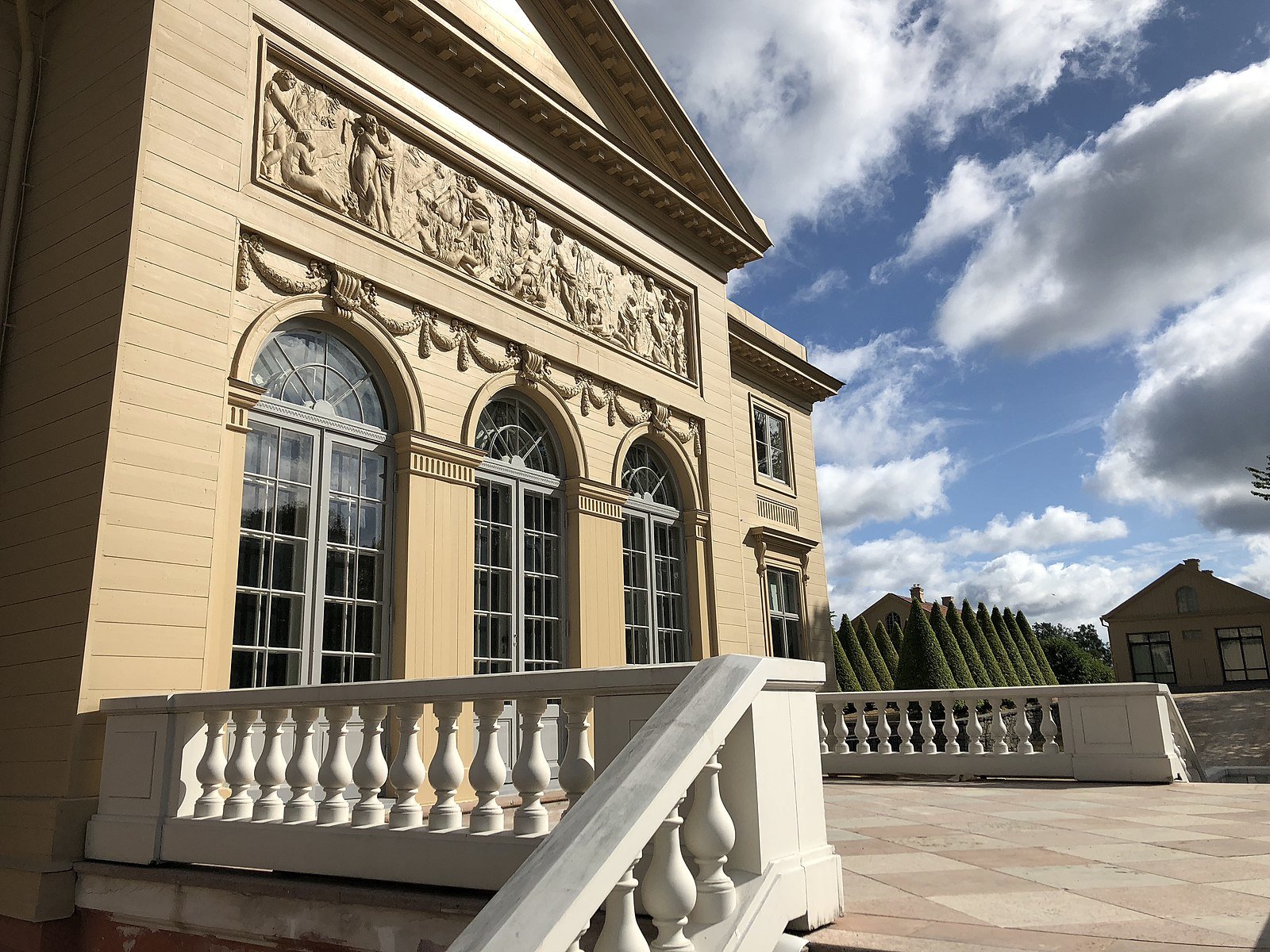 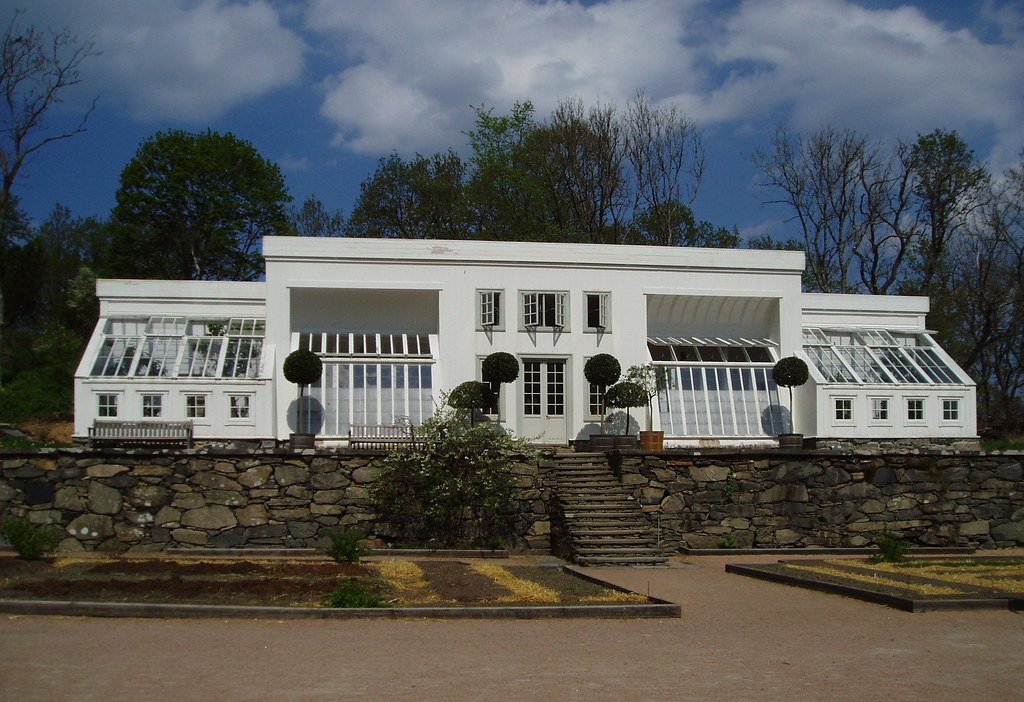