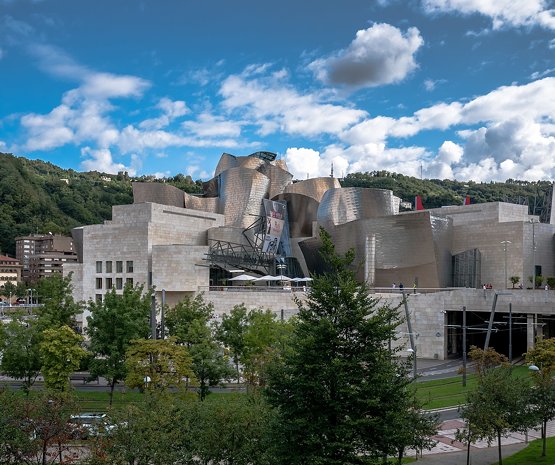 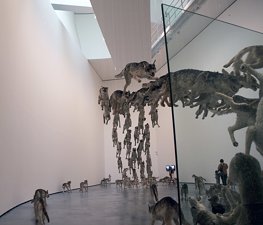 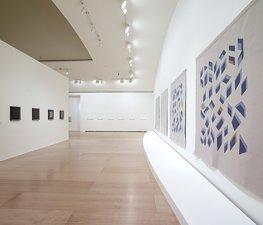 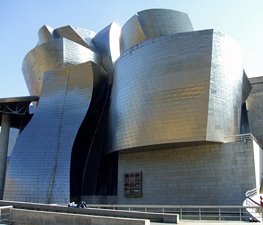 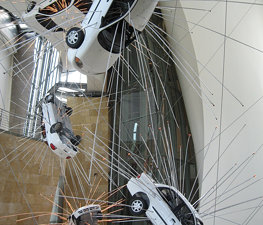 The Guggenheim Museum Bilbao is a modern and contemporary art museum designed by Canadian-American architect Frank Gehry, built by Ferrovial and located in Bilbao, Basque Country, Spain. It is built alongside the Nervion River, which runs through the city of Bilbao to the Atlantic Coast. The Guggenheim is one of several museums belonging to the Solomon R. Guggenheim Foundation. The museum features both permanent and visiting exhibits featuring works of both Spanish and international artists.

in downtown Bilbao, with the Maman, a huge spider by Louise Bourgeois]]

, Spain, which is made of glass, titanium, and limestone]] in front of the museum]]

in the Arcelor Gallery]]

The curves on the building have been designed to appear random. The architect has been quoted as saying that "the randomness of the curves are designed to catch the light". Designed by Canadian/American architect Frank Gehry and opened to the public in 1997, it was immediately vaulted to prominence as one of the world's most spectacular buildings in the style of Deconstructivism, although Frank Gehry does not associate himself with this architectural movement. Architect Philip Johnson called it "the greatest building of our time".

The museum's design and construction serve as an object lesson in Gehry's style and method. Like much of Gehry's other works, the structure consists of radically sculpted, organic contours. Sited as it is in a port town, it is intended to resemble a ship. Its brilliantly reflective titanium panels resemble fish scales, echoing the other organic life (and, in particular, fish-like) forms that recur commonly in Gehry's designs, as well as the river Nervión upon which the museum sits. Also in typical Gehry fashion, the building is uniquely a product of the period's technology. Computer Aided Three Dimensional Interactive Application (CATIA) and visualizations were used heavily in the structure's design.

Computer simulations of the building's structure made it feasible to build shapes that architects of earlier eras would have found nearly impossible to construct. It is also important to note that while the museum is a spectacular monument from the river, at street level it is quite modest and does not overwhelm its traditional surroundings. The museum was opened as part of a revitalization effort for the city of Bilbao and for the Basque Country. Almost immediately after its opening, the Guggenheim Bilbao became a popular tourist attraction, drawing visitors from around the globe. It was widely credited with "putting Bilbao on the map" and subsequently inspired other structures of similar design across the globe, such as the Cerritos Millennium Library in Cerritos, California.

The building was constructed on time and budget, which is rare for architecture of this type. In an interview in Harvard Design Magazine Gehry explained how he did it. First, he ensured that what he calls the "organization of the artist" prevailed during construction, in order to prevent political and business interests from interfering with the design. Second, he made sure he had a detailed and realistic cost estimate before proceeding. Third, he used CATIA and close collaboration with the individual building trades to control costs during construction.

The exhibitions in the museum itself change often, the museum hosts thematic exhibitions, centered for example on Chinese or Russian art.

The museum's permanent collection concerns 20th century art—traditional paintings and sculptures are a minority compared to installations and electronic forms. The highlight of the collection, and its only permanent exhibit, is The Matter of Time, a series of weathering steel sculptures designed by Richard Serra and housed in the Шаблон:Convert Arcelor Gallery (formerly known as the Fish Gallery but renamed in 2005 for the steel manufacturer that sponsored the project). The collections usually highlight Avant-garde art, 20th century abstraction, and non-objective art.

There is a tramway stop called Guggenheim 100 meters away from the museum. Line 18 of the bus system also has a nearby stop. The museum is located 500 meters north of Moyúa station on the Bilbao Metro.

Lucille Fisher
Awesome architecture outside & inside. Very well curated collection of contemporary art. Only downside is the no photo of art policy. Quite surprising it applies even to their permanent exhibitions.

Rafael Marin
This is one of the best museums I've ever visited. It's organic, like an animal, and you travel inside it and flow through its architecture. Unforgettable experience.

Dave Mc
The building is absolutely amazing, inside and out, and worth the price of admission itself, but aside from a couple paintings in the ‘masters’ room I have zero appreciation for the art though. ????

Noah Weiss
A borderline religious experience for any architecture (Gehry's masterpiece) or art lover (massive Serra collection, Koons, Warhol, etc). Takes at least 6 hours for the inside and outside.

Solomon R. Guggenheim Museum
Designed by architect Frank Ghery, Guggenheim Bilbao has been hailed as “the greatest building of our time.” Explore all 24,000 square meters, of which 11,000 are dedicated to exhibition space.

eric bornemann
Beautiful building but aside from the incredible Serra’s, you are at the mercy of the special exhibits, wish there was more of a permanent collection to explore. PS Koons puppy needs to go.
Load more comments
foursquare.com
8.7/10
Dave Mc, Chris Romas and 559,665 more people have been here
I've been here
Add to wishlist 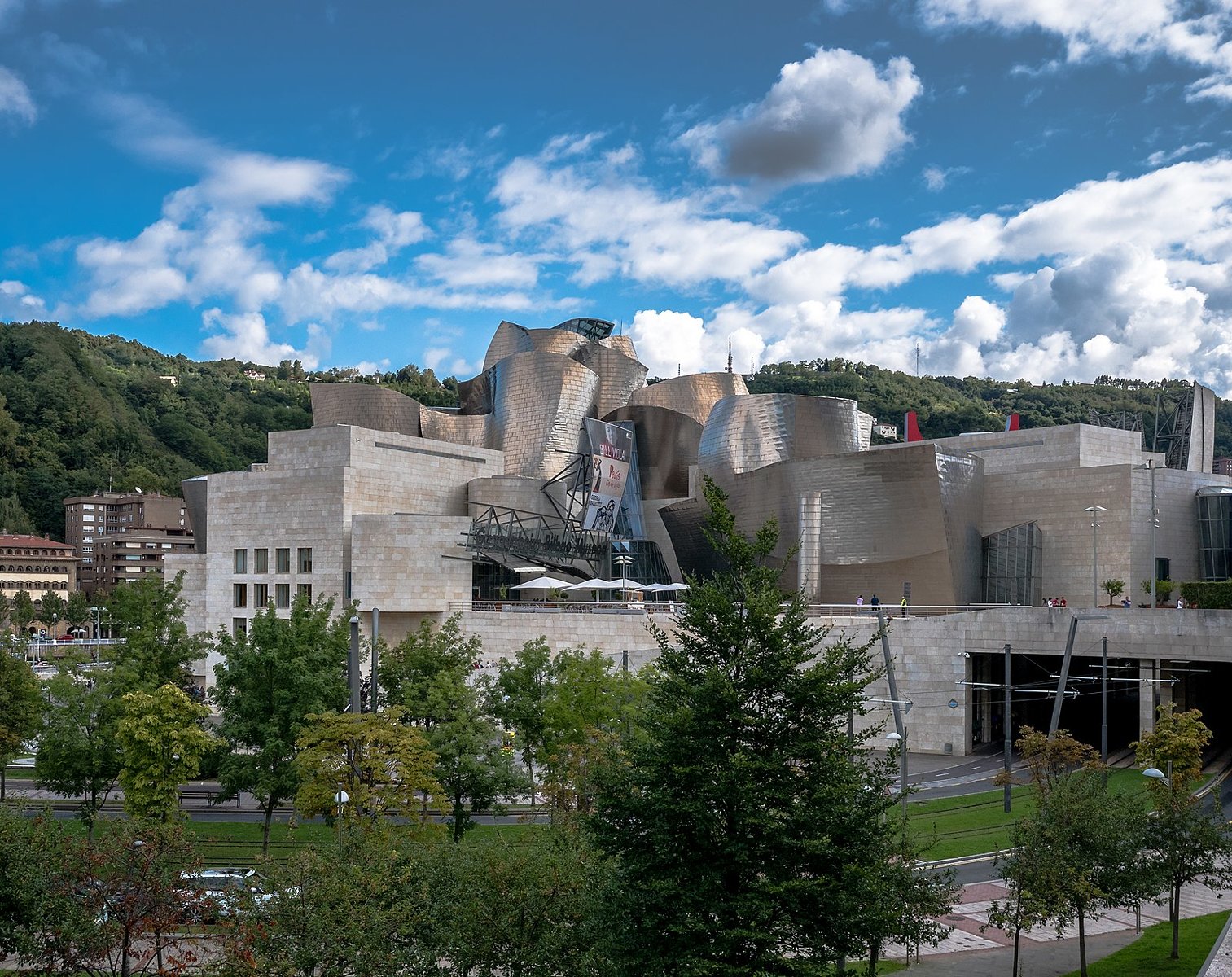 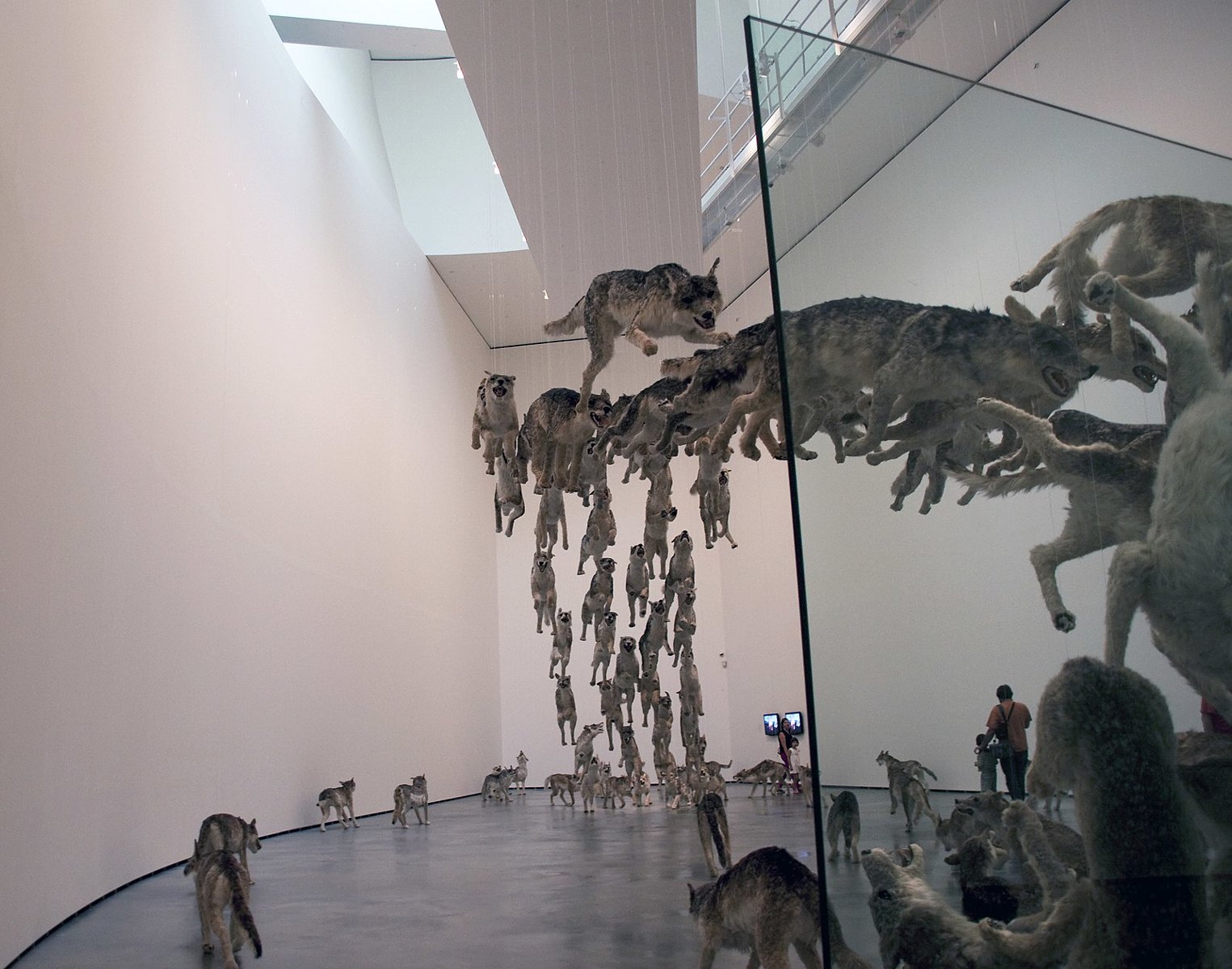 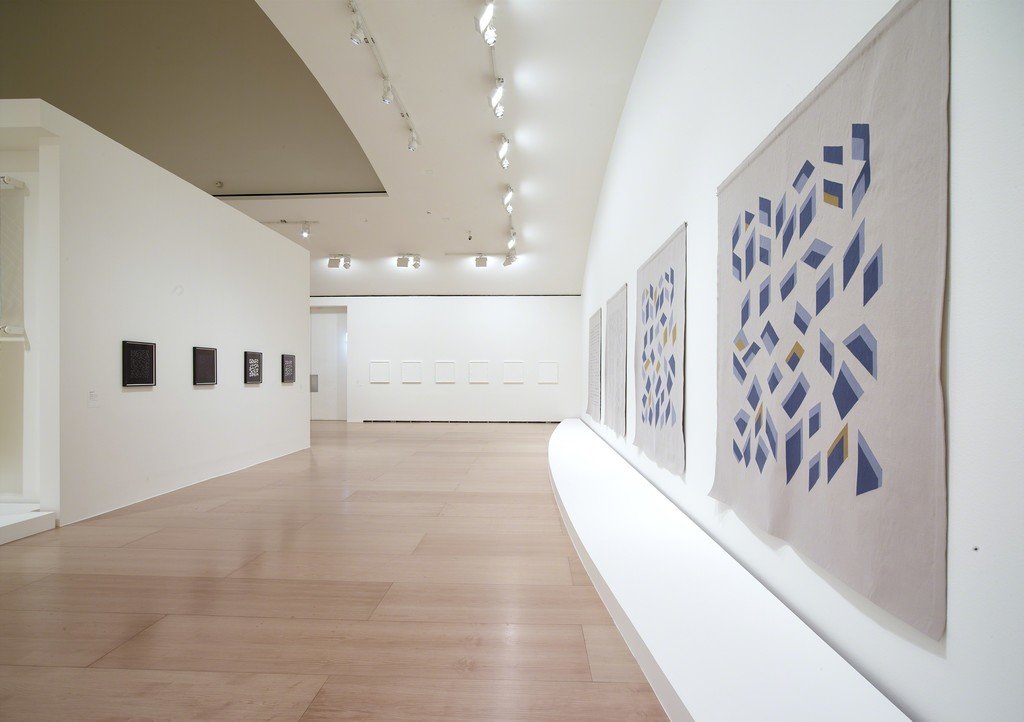 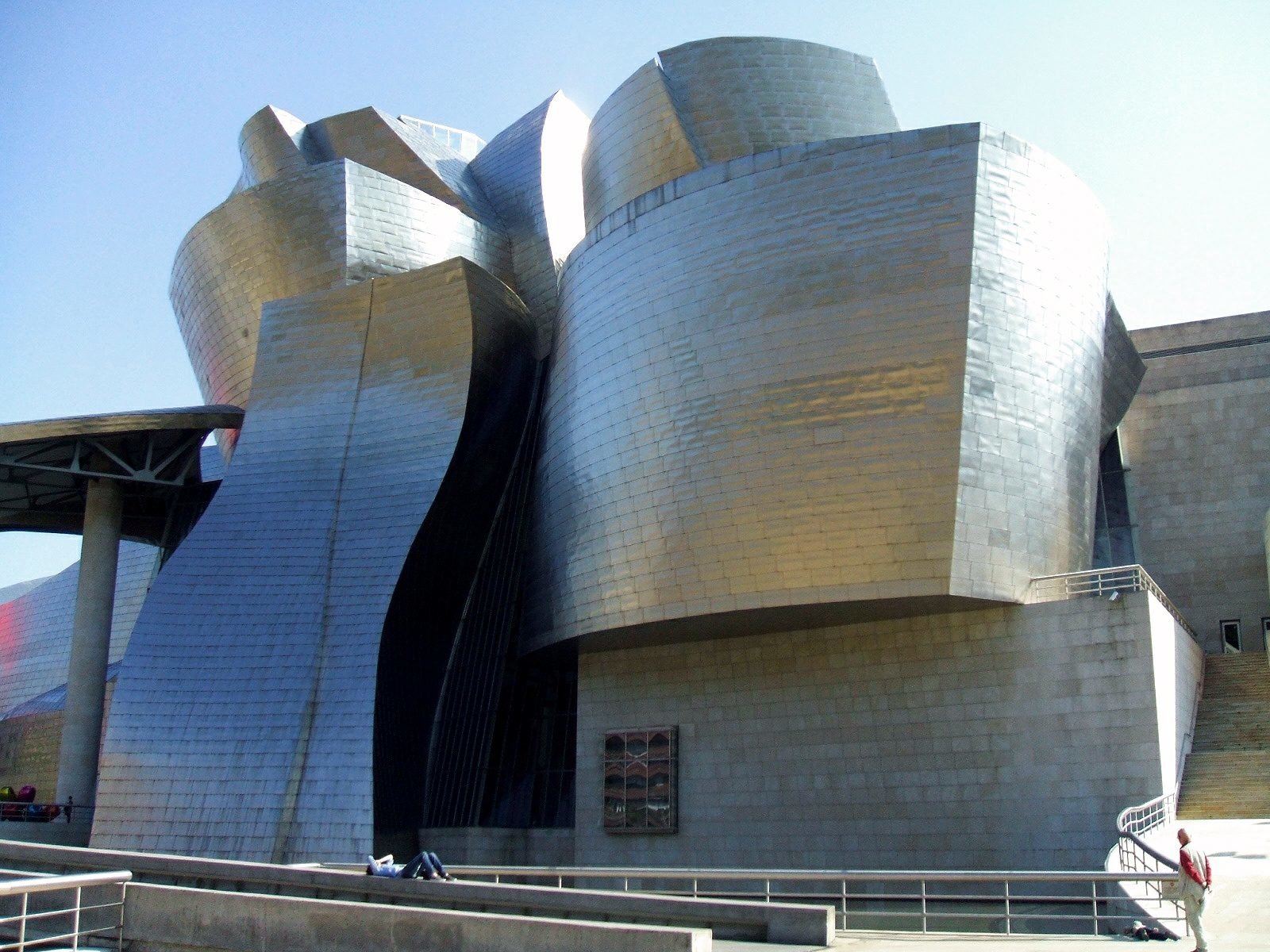 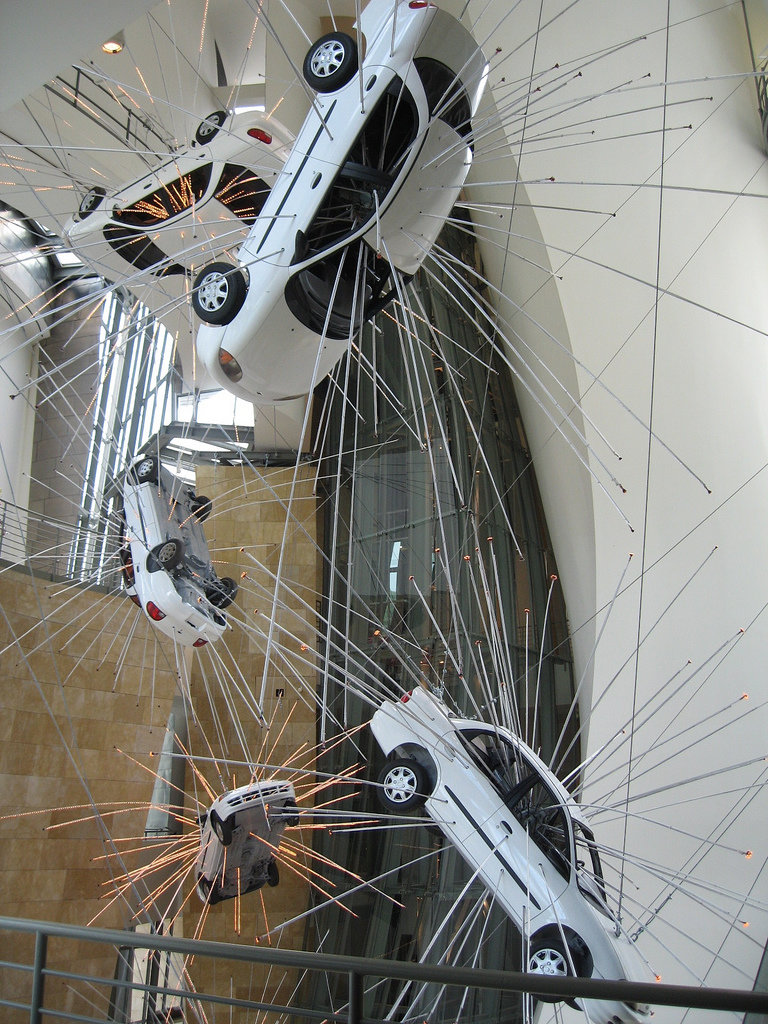 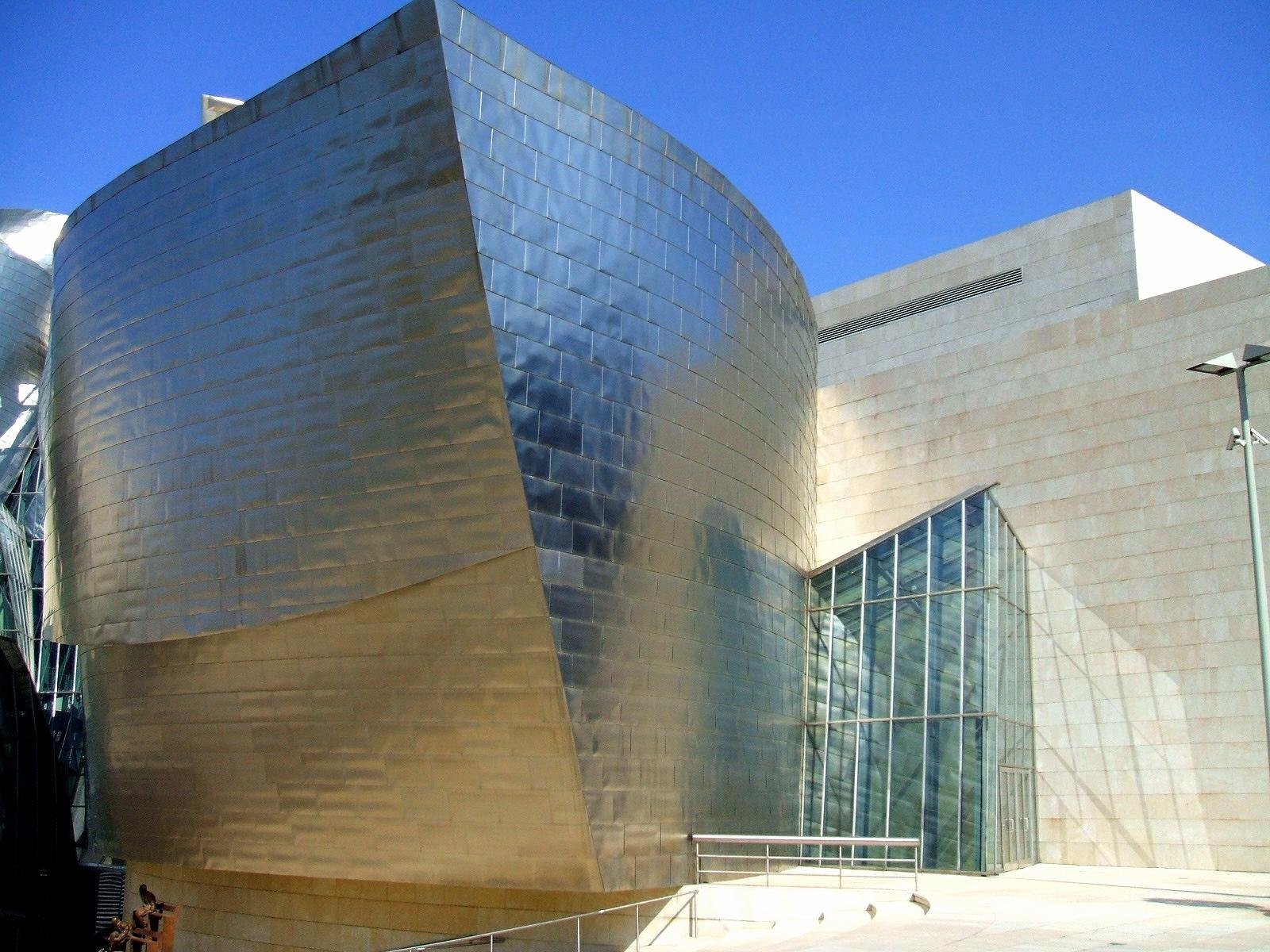 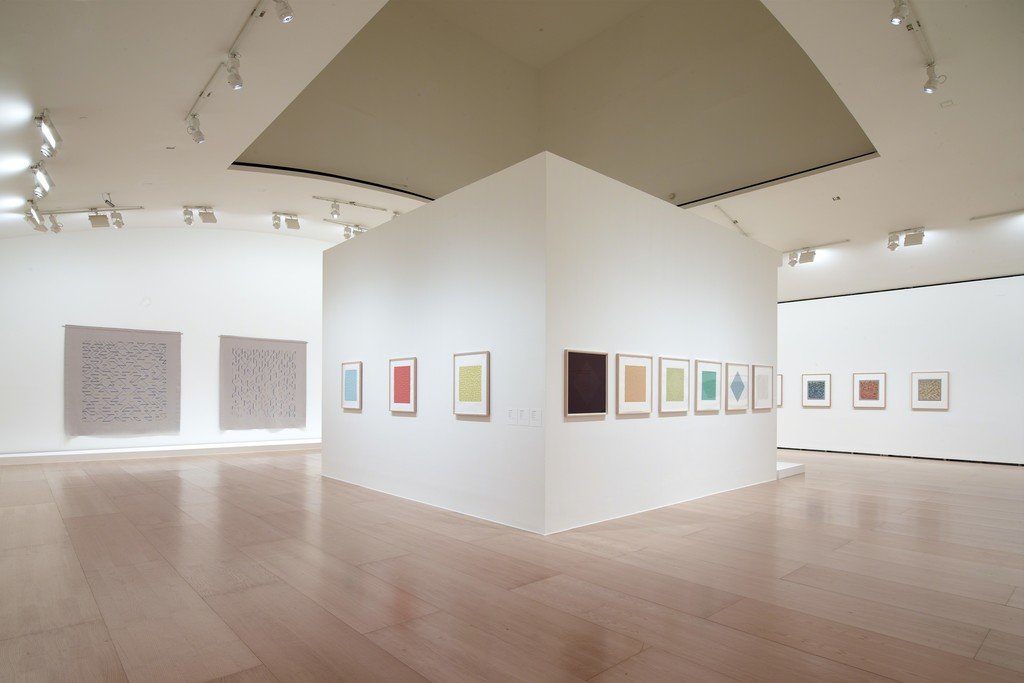 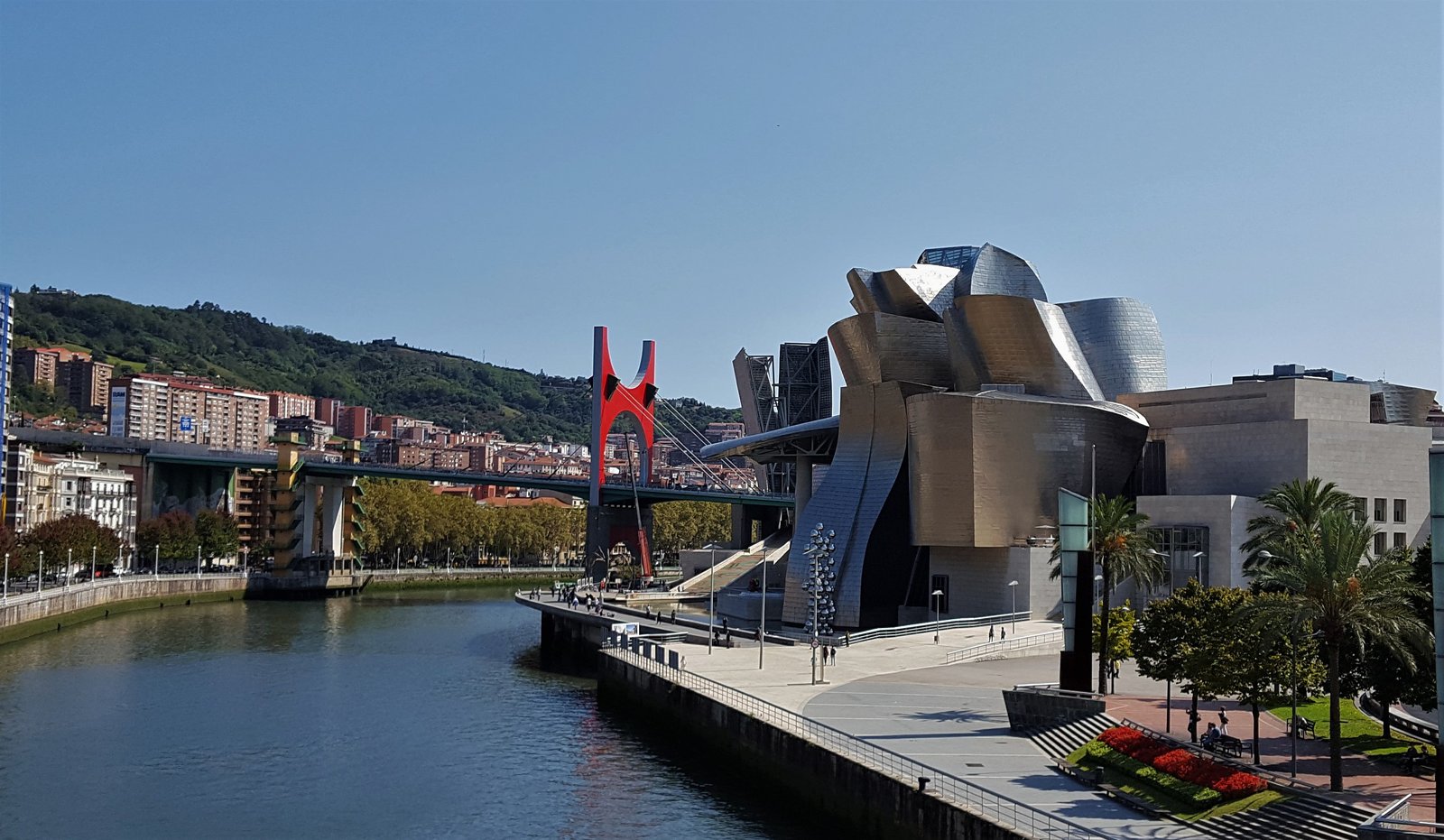 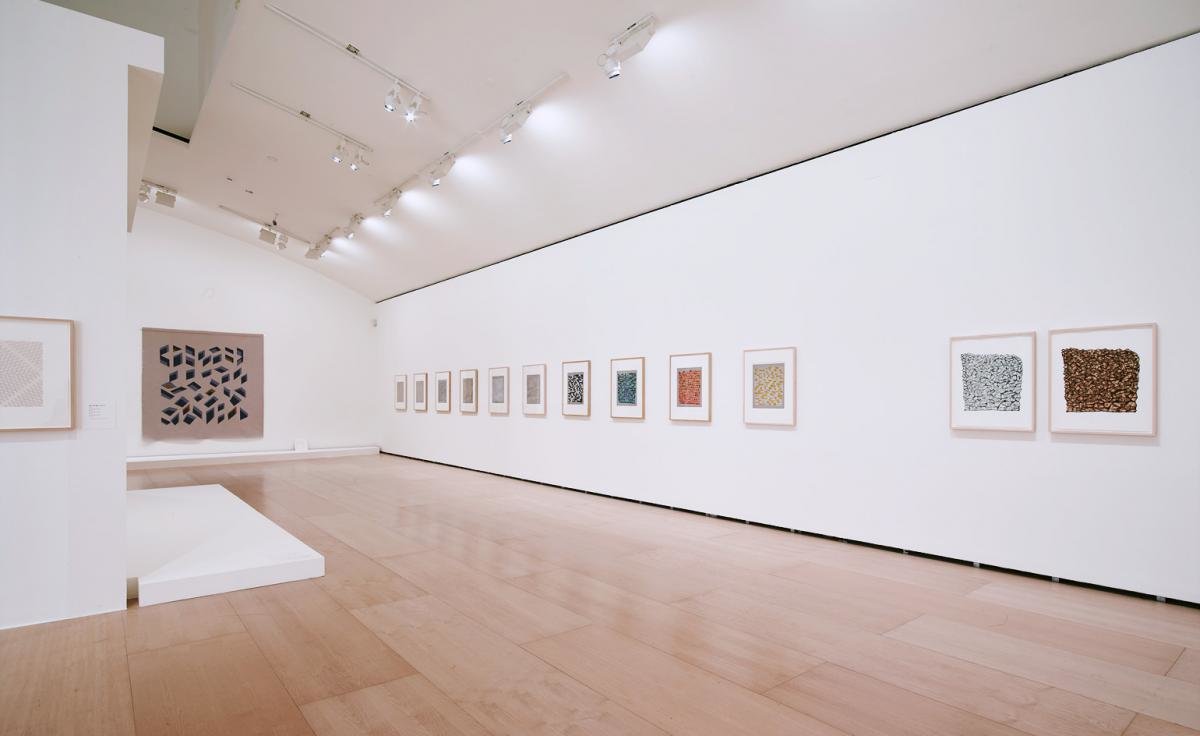 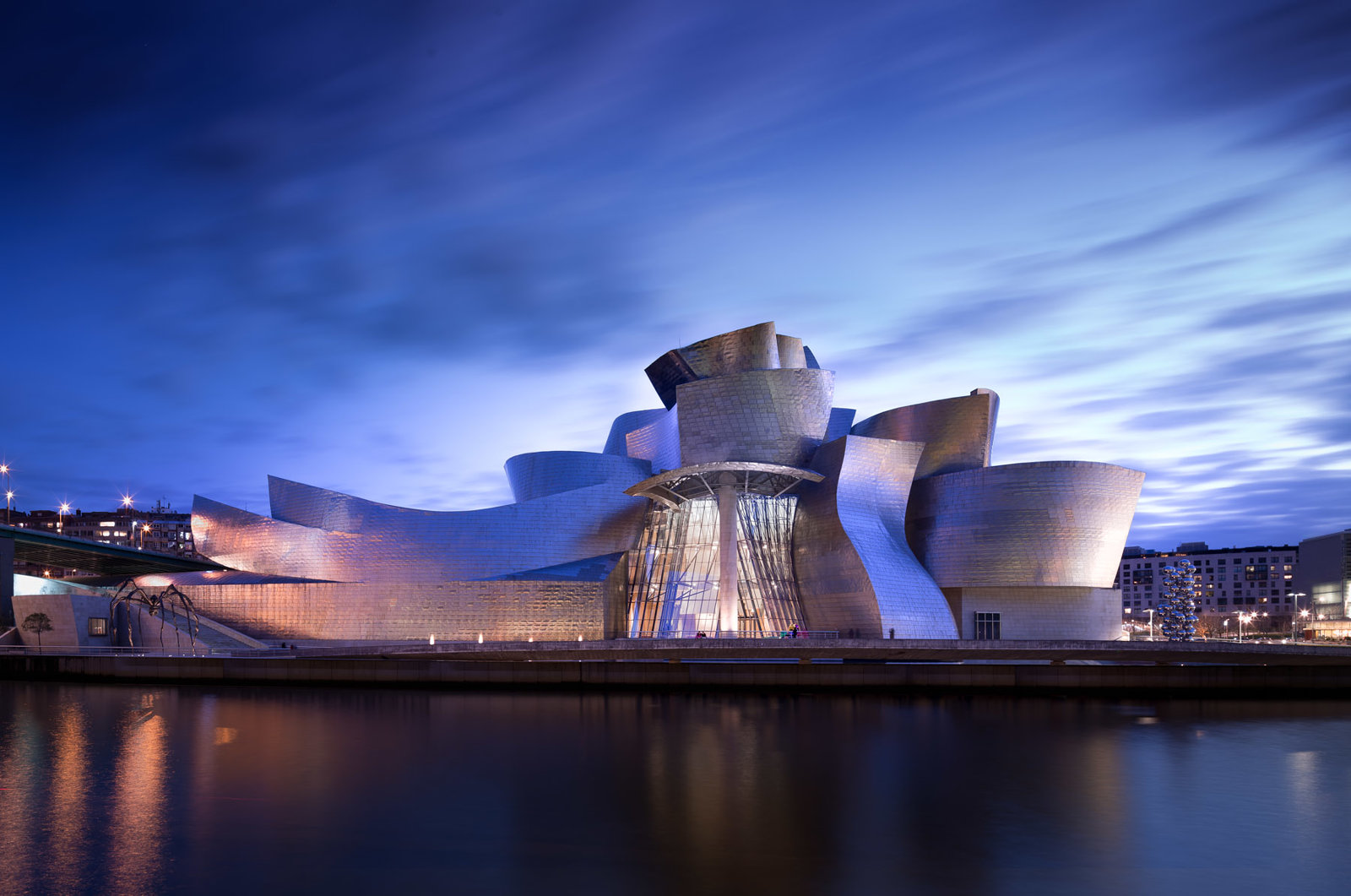 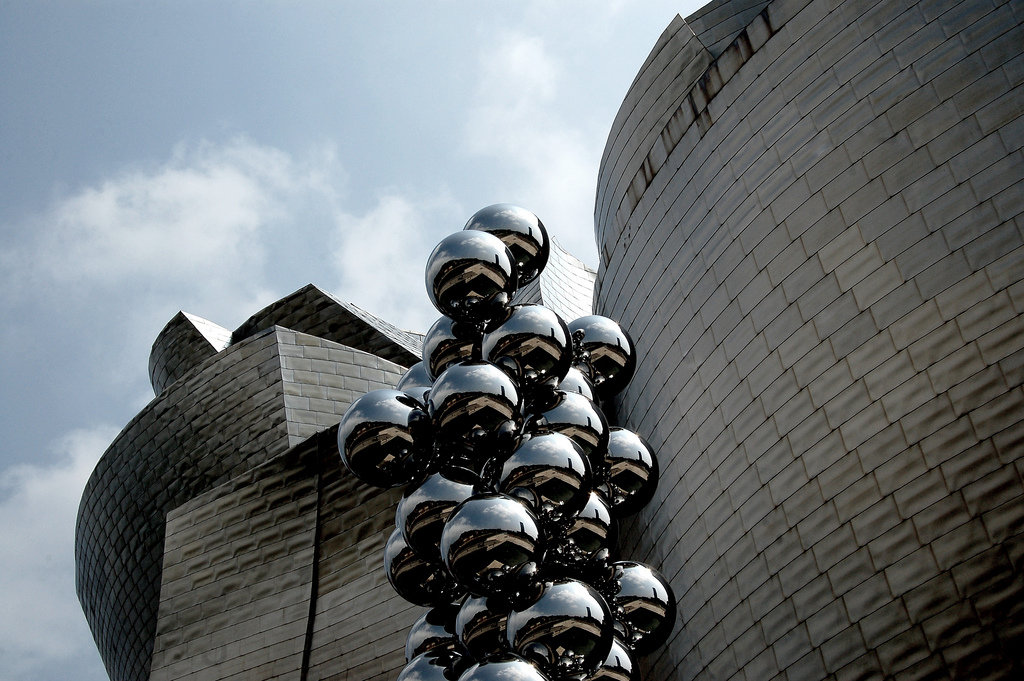 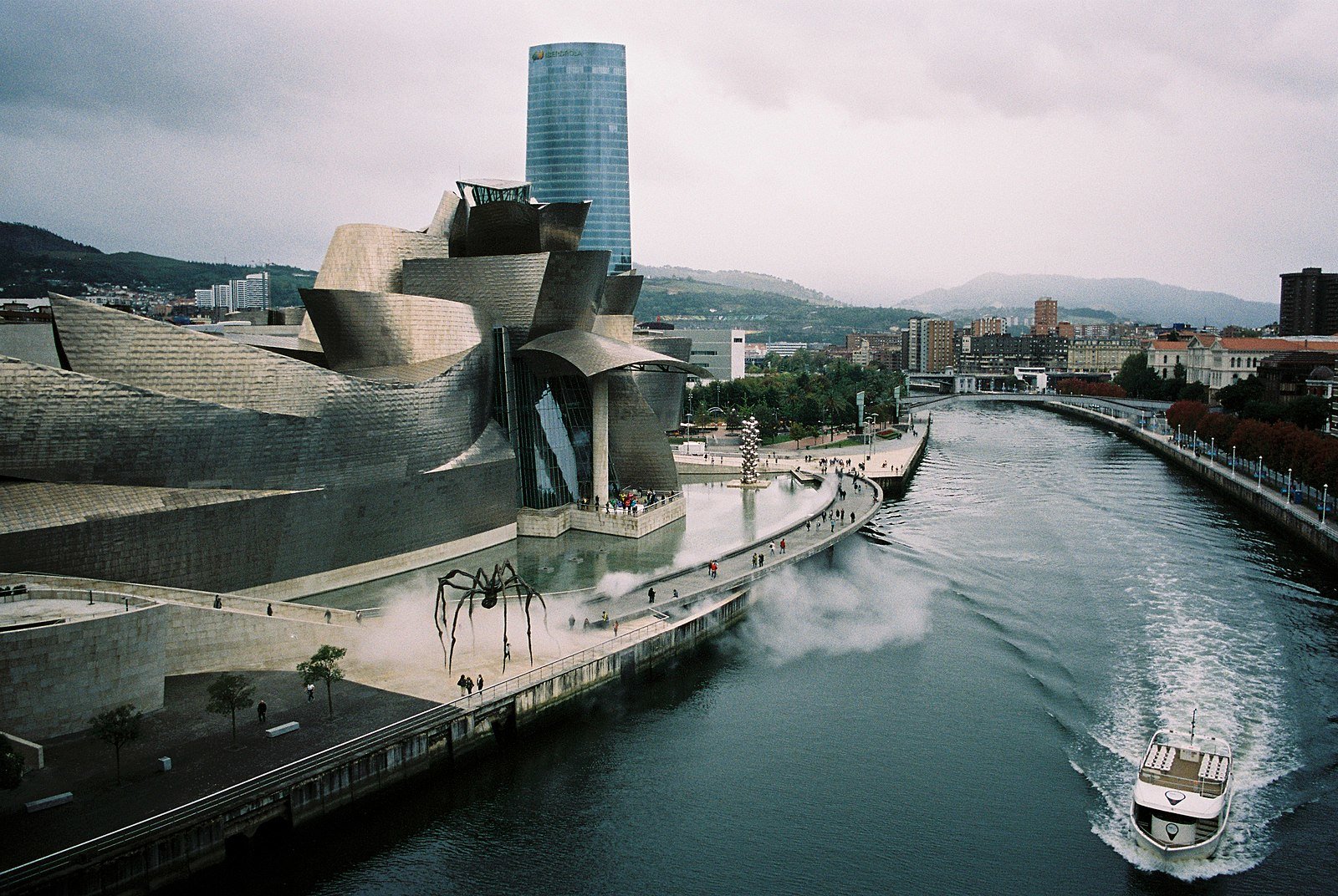 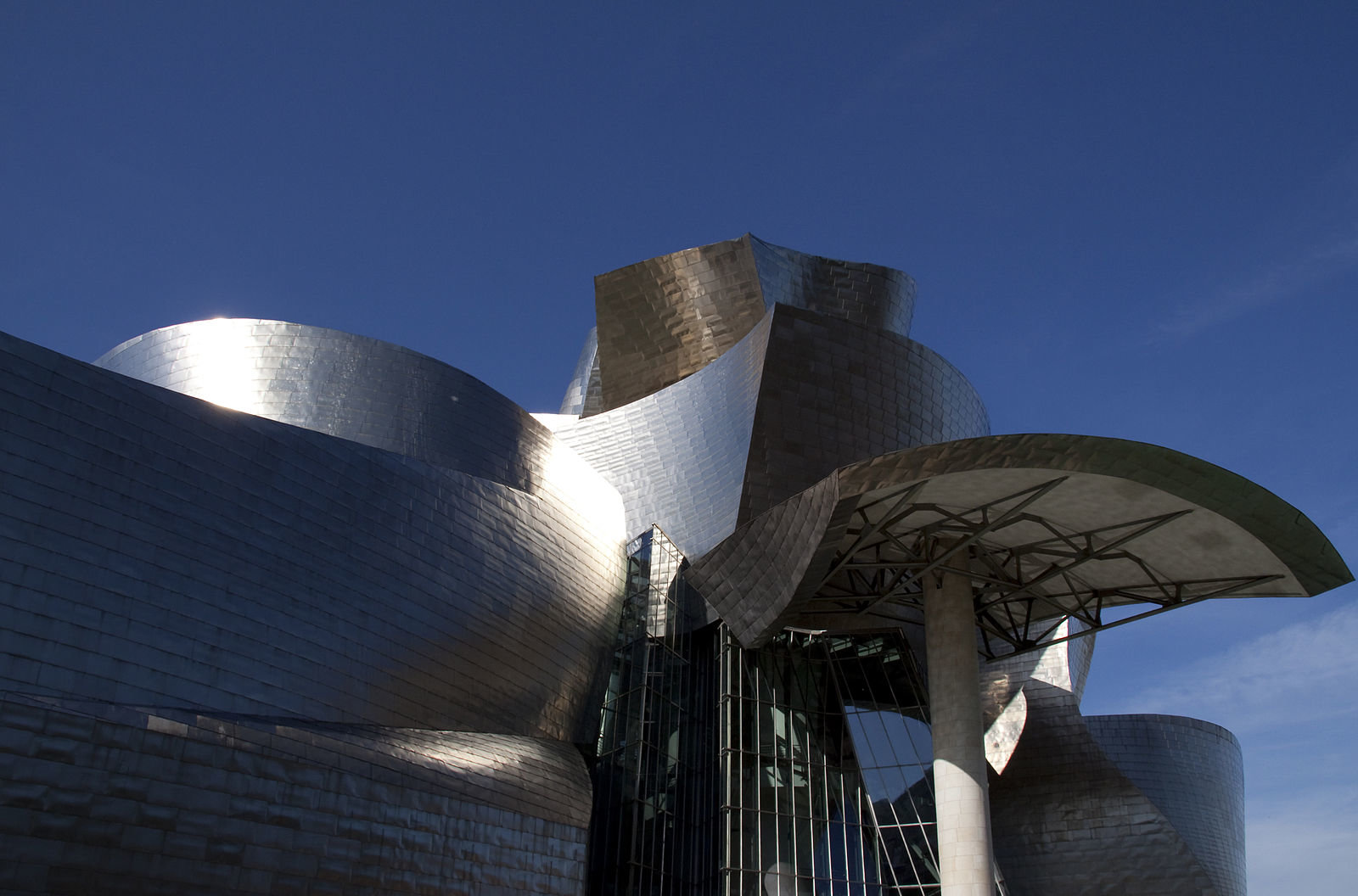 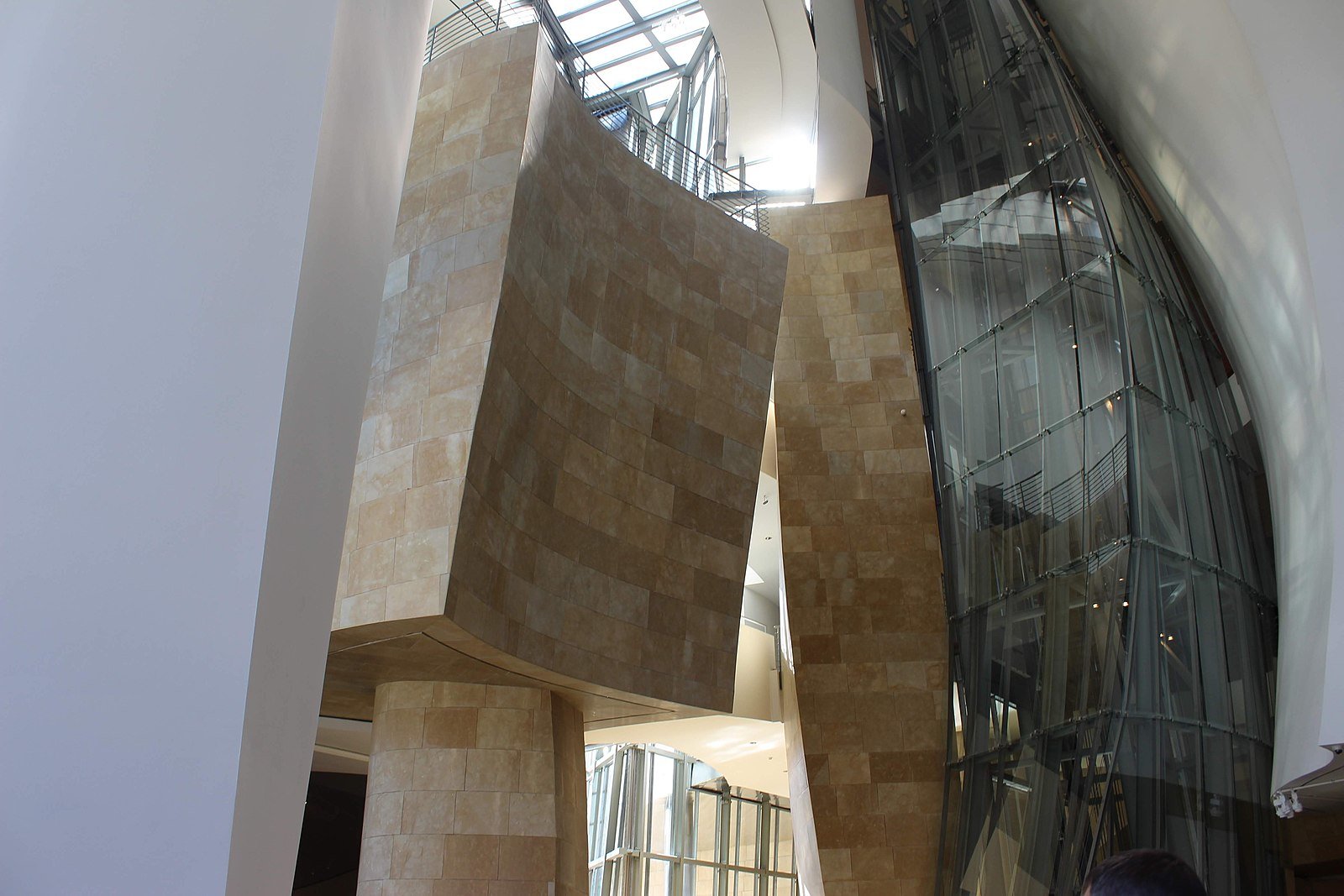 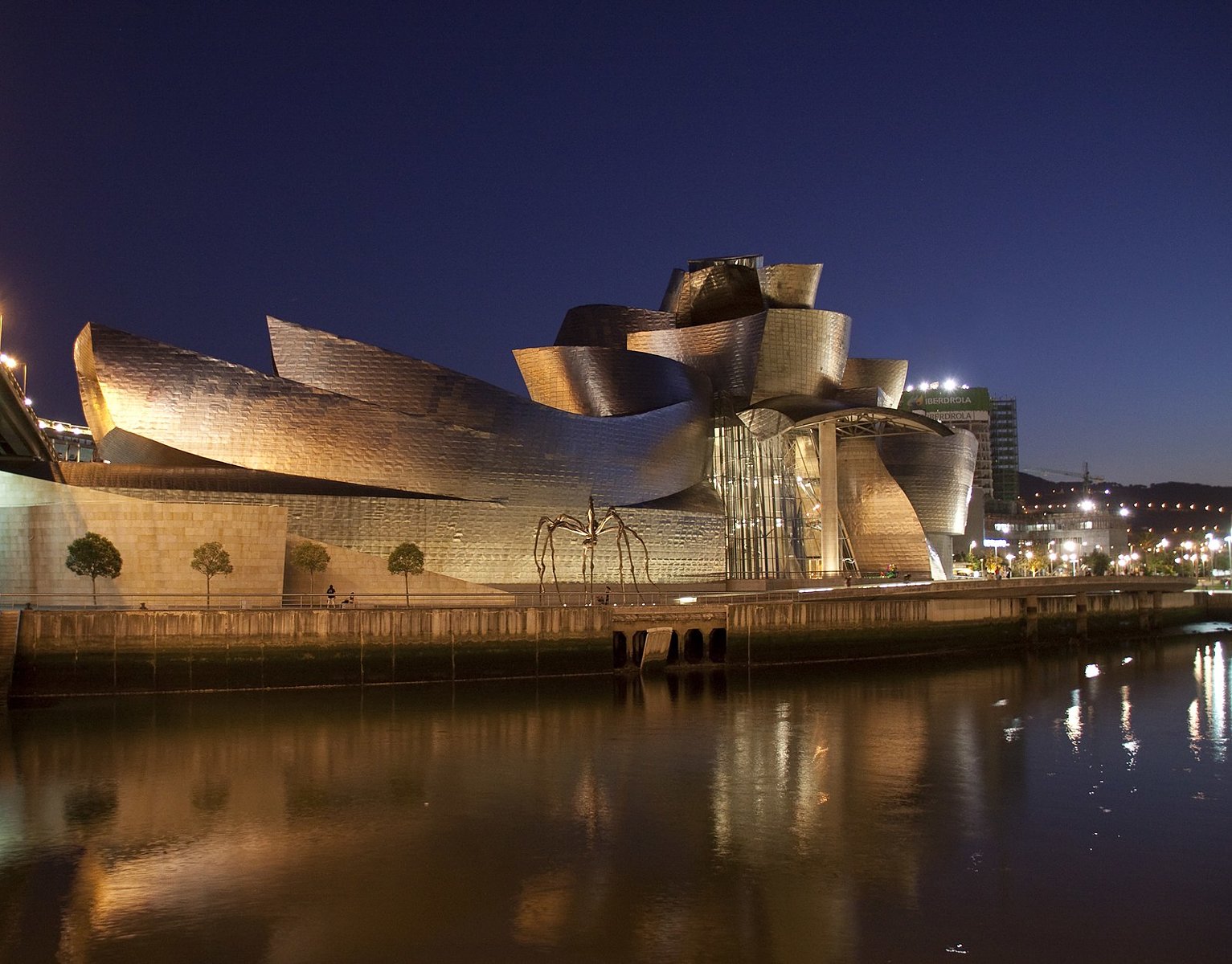 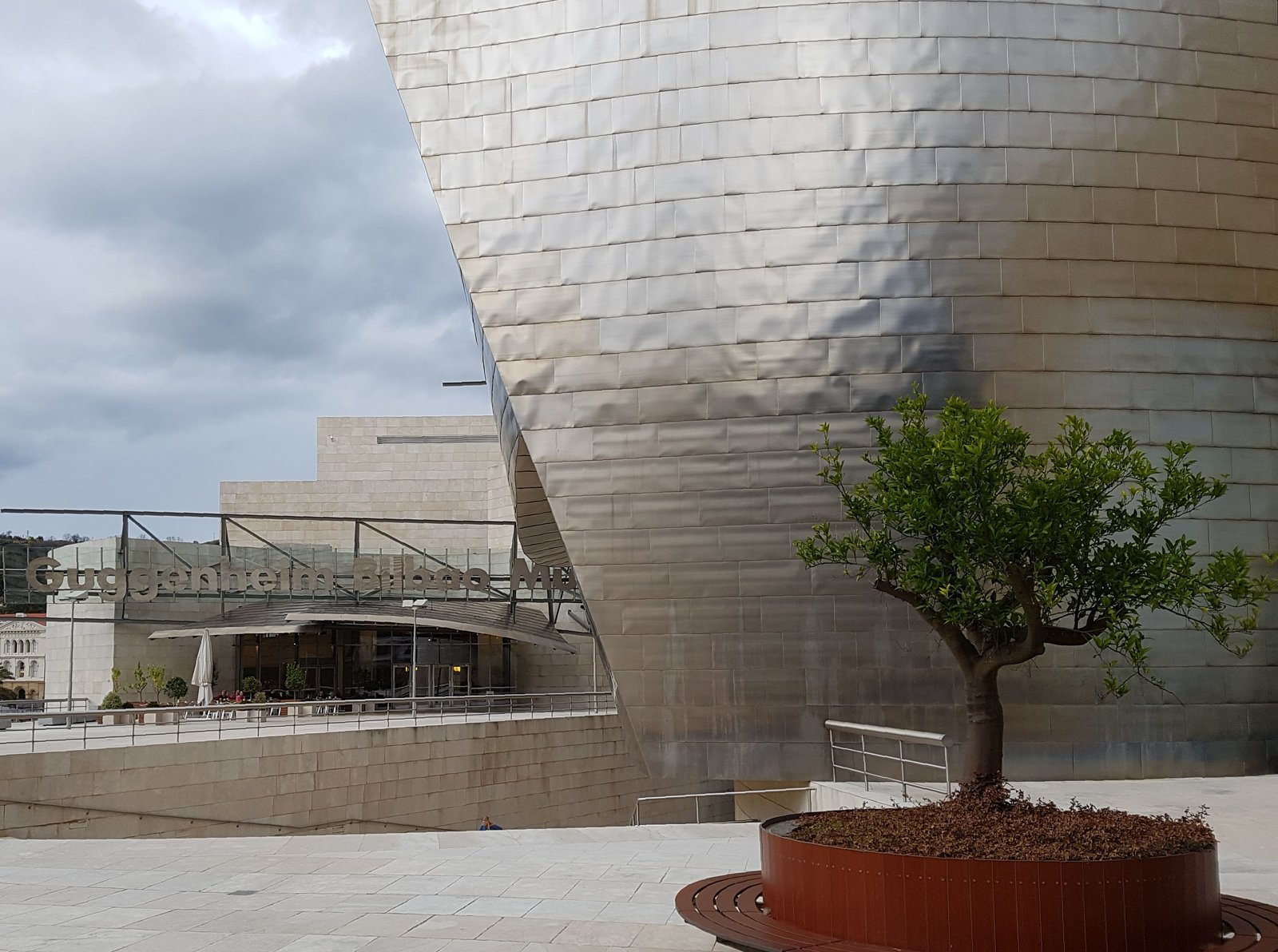 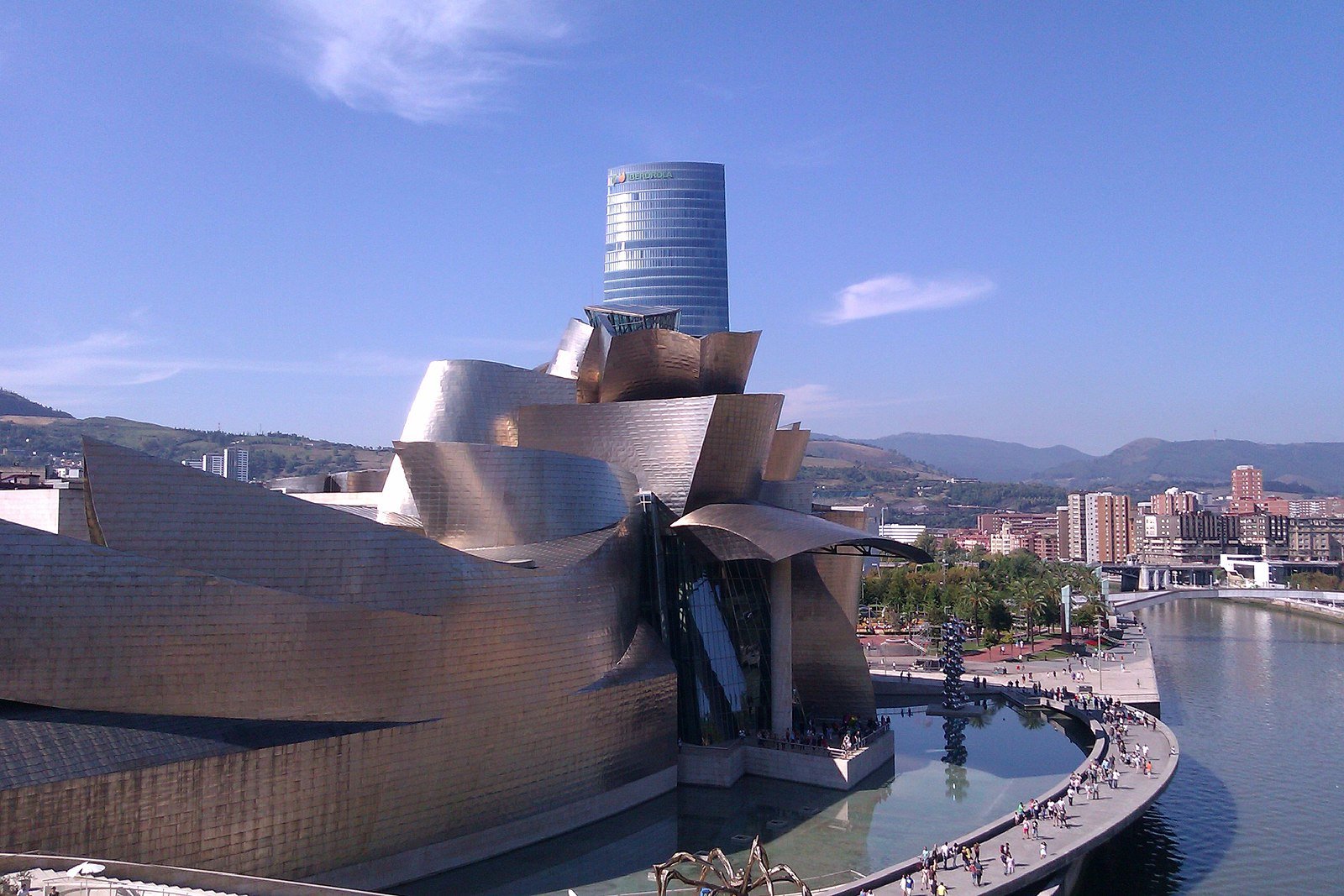 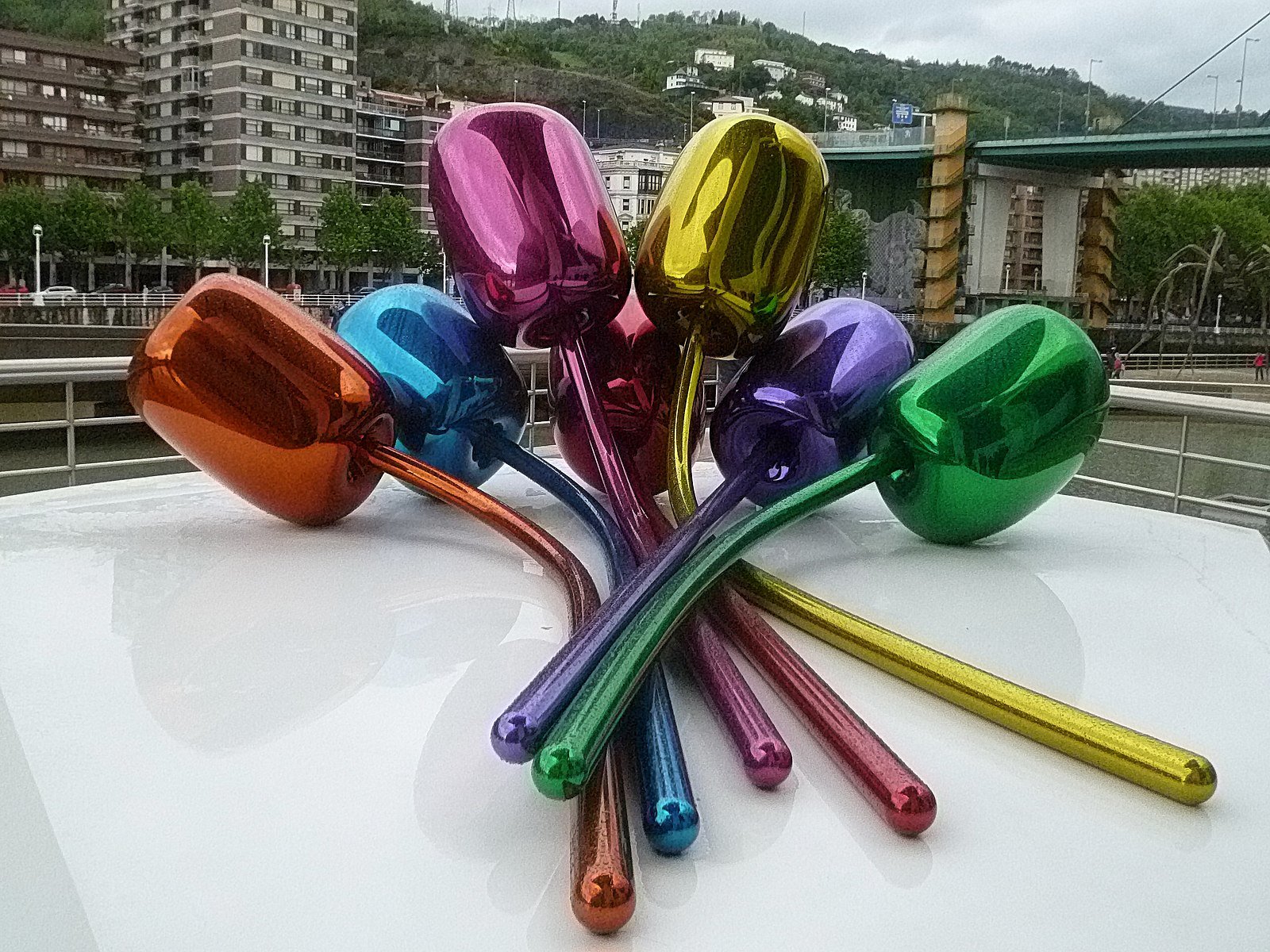 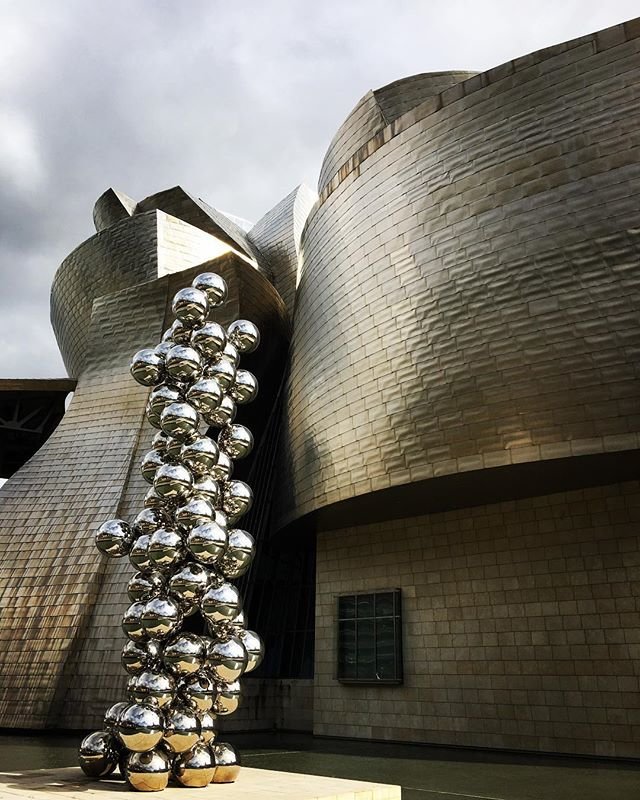 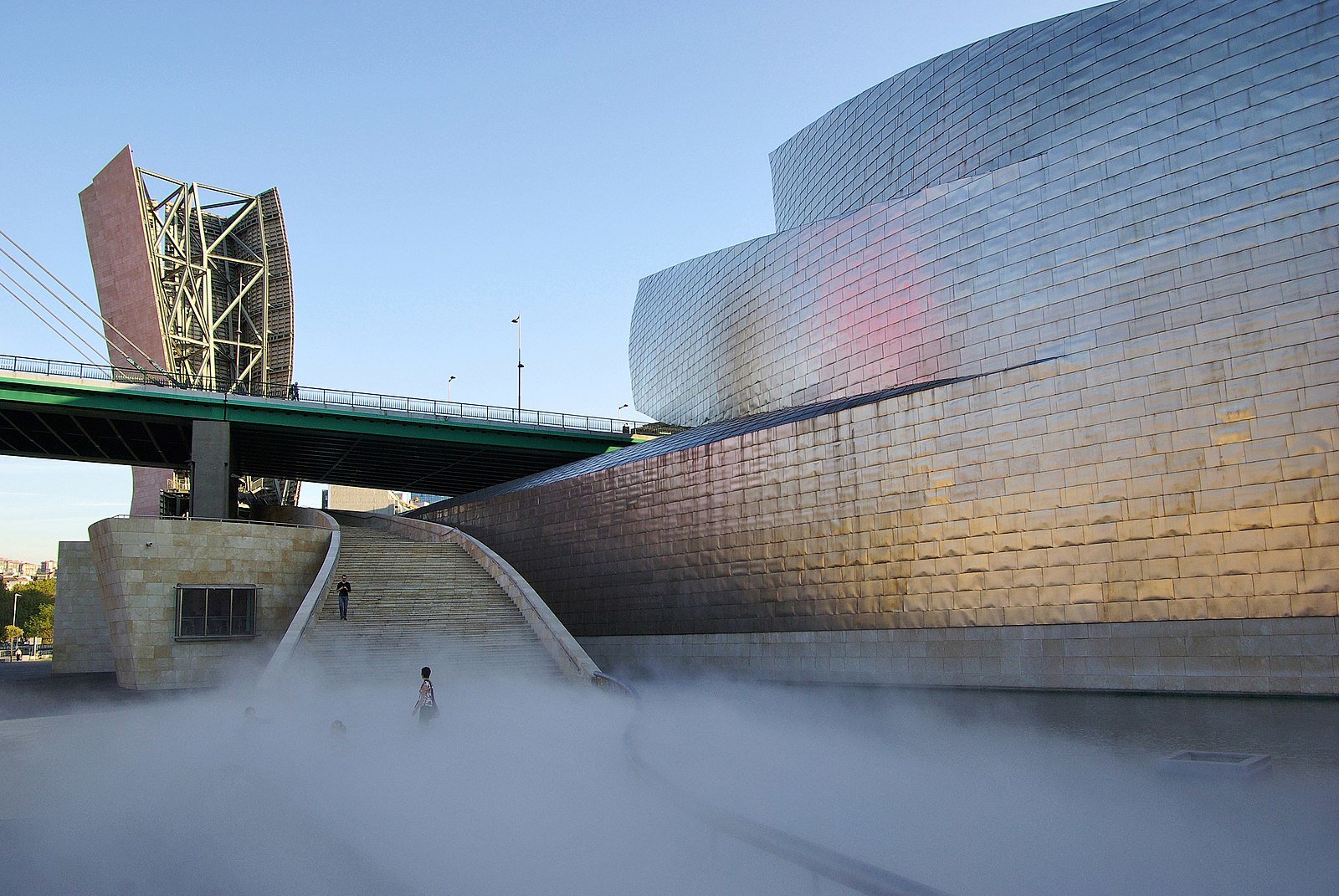 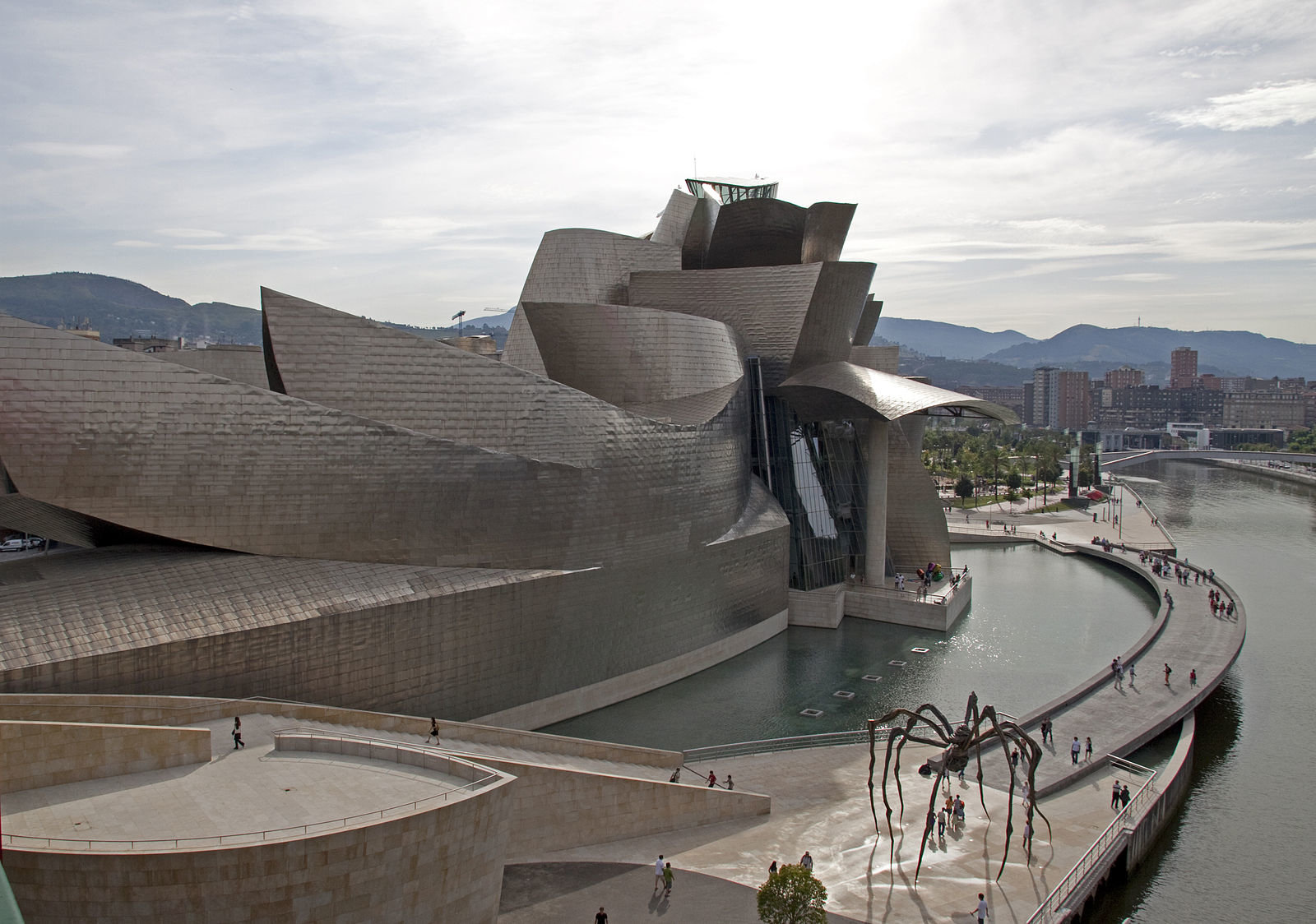