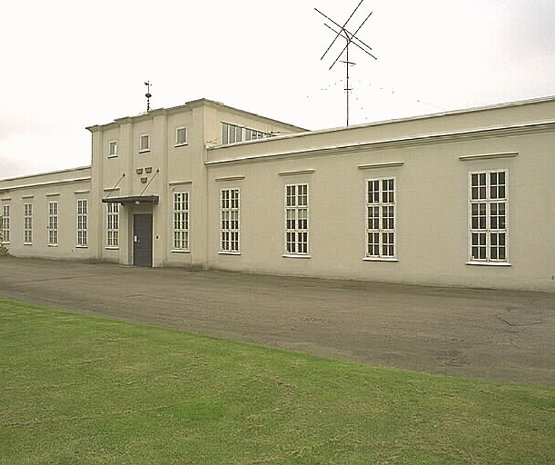 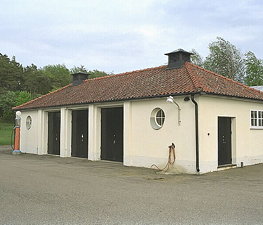 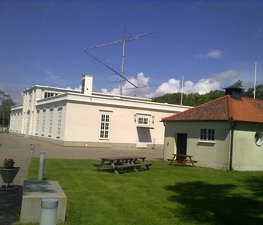 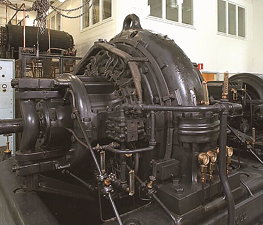 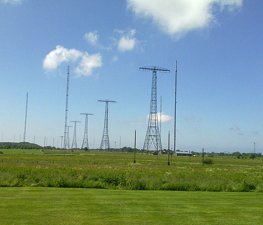 Grimeton Radio Station (Swedish pronunciation: ]) in southern Sweden, close to Varberg in Halland, is an early longwave transatlantic wireless telegraphy station built in 1922-1924, that has been preserved as a historical site. From the 1920s through the 1940s it was used to transmit telegram traffic by Morse code to North America and other countries, and during World War 2 was Sweden's only telecommunication link with the rest of the world. It is the only remaining example of an early pre-electronic radio transmitter technology called an Alexanderson alternator. It was added to the UNESCO World Heritage List in 2004, with the statement: "Grimeton Radio Station, Varberg is an outstanding monument representing the process of development of communication technology in the period following the First World War." The radio station is also an anchor site for the European Route of Industrial Heritage. The transmitter is still in operational condition, and each year on a day called Alexanderson Day is started up and transmits brief Morse code test transmissions, which can be received all over Europe.

Beginning around 1910 industrial countries built networks of powerful transoceanic longwave radiotelegraphy stations to communicate telegraphically with other countries. During the First World War radio became a strategic technology when it was realized that a nation without long distance radio capability could be isolated from the rest of the world by an enemy cutting its submarine telegraph cables. In 1921, Sweden's geographical dependence on other countries' underwater cable networks, and the temporary loss of those vital connections during the war, motivated a decision by the Swedish Parliament to build a radiotelegraphy station in Sweden to transmit telegram traffic across the Atlantic.

At the time, there were several different technologies used for high power radio transmission, each owned by a different giant industrial company. Bids were requested from Telefunken in Berlin, The Marconi Company in London, Radio Corporation of America (RCA) in New York and Société Française Radio-Electrique in Paris. The transmitter chosen was the Alexanderson alternator, invented around 1906 by Swedish-American Ernst Alexanderson and manufactured by RCA. This consisted of a huge rotating electromechanical AC generator (alternator) turned by an electric motor at a fast enough speed that it generated radio frequency alternating current, which was applied to the antenna. It was one of the first transmitters to generate sinusoidal continuous waves, which could communicate at longer range than the damped waves which were used by the earlier spark gap transmitters. After careful calculations, the station was located in Grimeton, on the southwest coast of Sweden, which allowed good radio wave propagation conditions over the North Atlantic to North America. To achieve daytime communication over such long distances, transoceanic stations took advantage of a earth-ionosphere waveguide mechanism which required them to transmit at frequencies in the very low frequency (VLF) range below 30 kHz. Radio transmitters required extremely large antennas to radiate these long waves efficiently. The Grimeton station had a huge flattop antenna 1.9 km (1.2 miles) long consisting of twelve (later reduced to eight) wires supported on six 127 m (380 foot) high steel towers. The station started operation in 1924, transmitting radiotelegraphy traffic with the callsign SAQ at 200 kW on a frequency of 16.5 kilohertz, later changed to 17.2 kHz, to RCA's Radio Central receivers on Long Island, New York.

The Alexanderson alternator technology was becoming obsolete even as it was installed. Vacuum tube electronic oscillator transmitters, which used the triode vacuum tube invented by Lee De Forest in 1907, replaced most pre-electronic transmitters in the early 1920s. However the large capital investment in an alternator transmitter caused owners to keep these huge behemoths in use long after they were technologically obsolete. By the 1930s transatlantic communication had switched to short waves, and vacuum tube shortwave transmitters were installed in the main building, and a log periodic shortwave antenna on the roof. The Alexanderson alternator found a second use as a naval transmitter to communicate with submarines, as VLF frequencies can penetrate a short distance into seawater.

Grimeton Radio Station is now the only station left in the transatlantic network of nine long wave stations that were built during the years 1918-1924, all equipped with Alexanderson alternators. In 2004 it was added to the UNESCO World Heritage List. The Grimeton transmitter is the last surviving example of an Alexanderson alternator, the only radio station left from the pre-vacuum tube era, and is still in working condition. Each year, on a day called Alexanderson Day, either on the last Sunday in June, or on the first Sunday in July, whichever comes closer to 2 July, the site holds an open house during which the transmitter is started up and transmits test messages on 17.2 kHz using its call sign SAQ, which can be received all over Europe.

The principle used is that of a generator (also called alternator) with an exact large number of poles is driven to an exact speed matching the number of pole changes with the desired output frequency (f = poles/2 * revolutions). The switch on and off of the transmitter with the signalling morse key makes the driver motor to change frequency just a bit, so the frequency is outside the narrow band of the antenna and thus transmitted with much less power. In fact this forms an early and clever form of frequency shift keying (FSK). In the days of construction this was the only way known how to output very high power at radio frequencies. Like turning the dynamo of a bike: a dynamo has for instance four poles and by turning this at 100 revolutions (turns) per second the output will be 200 Hertz. If the number of poles in the dynamo are increased to 80 the same driving speed will give us a 4 kHz signal. Increasing both the number of poles and the turning speed makes higher frequencies possible.

Between points a and b there will be a signal of 15 (because of 30 poles) times the number of revolutions. The turning rod with electrical windings creating a coil will undergo a sequence of North and South magnetic poles. This induces an alternating current that presents itself on the points a and b. This presented model has fixed (stator) magnets and a rotating (rotor) coil. The places of the two can be exchanged so the magnets are turning in the centre and the coils are in a ring around it. This makes transfer of the coil signal to the next stages (tuning network and antenna) easier.

The antenna system, consisting of high voltage power lines-like antenna towers with antenna wires, has a very low efficiency due to the fact that the length of the antenna is still relatively small compared to the output wavelength.

To achieve maximum range, like other transoceanic radiotelegraphy stations of this era it transmitted in the VLF band, at a frequency of 17.2 kilohertz and so the wavelength is approximately 17,442 meters. Even though the antenna is approximately 2 km long, it is short compared with the wavelength and so it is not very efficient. The six antenna masts each have a 46m cross-arm at the top and are 127m high. Today they carry 8 antenna conductors although originally there were 12.

There are 64 windings on the stator of the alternator/generator, and each provides 100V at up to 30A, i.e. approximately 3 kW. Thus the peak RF output power is approximately 64 x 3 kW or 200 kW, although these days it is usually limited to about 80 kW. The rotor is a steel disc measuring 1.6m in diameter and approximately 7.5 cm thick at the periphery. Around its circumference it has 488 brass filled slots. The air gap between the stator and rotor is 1 mm or less. The motor to drive the generator is capable of delivering 500HP (approximately 370 kW). It is supplied by a 2,200V supply from a transformer-derived 2 phase supply, and turns at 711.3 rpm to obtain the specified frequency of operation. The complete transmitter set weighs about 50 tons. Further details can be found here.

Bruno Neeser
An unusual place to visit. If you’re interested in communication/radio, it’s a required visit.

Falkenberg was a fort in Falkenberg, Sweden. It was first mentioned in

Halmstad Castle (Halmstads slott) is a 17th-century castle situated in

Göteborg Landvetter Airport (IATA: GOT, ICAO: ESGG) is an

Gunnebo House (Swedish: Gunnebo slott) is a mansion located outside 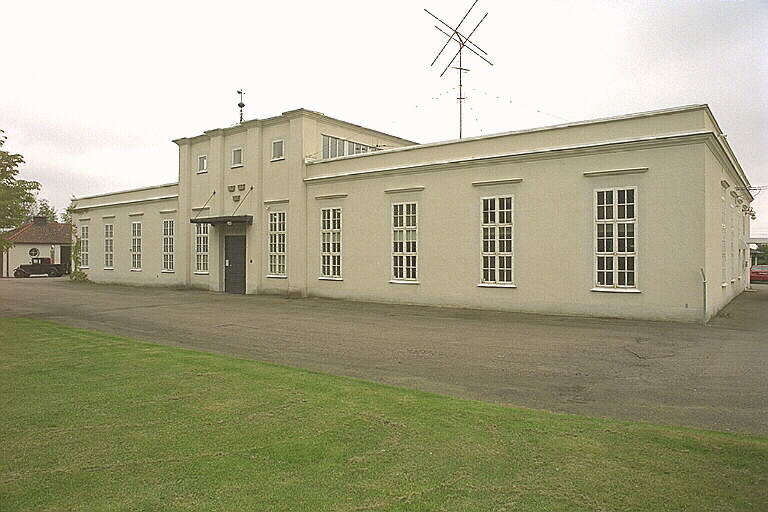 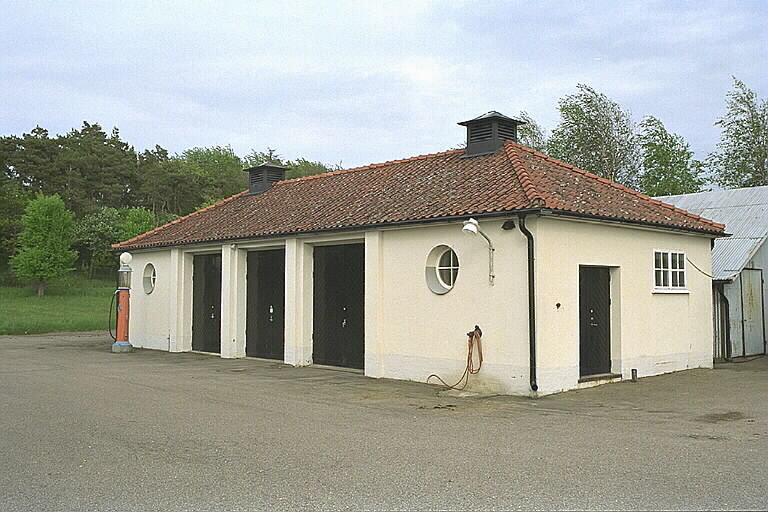 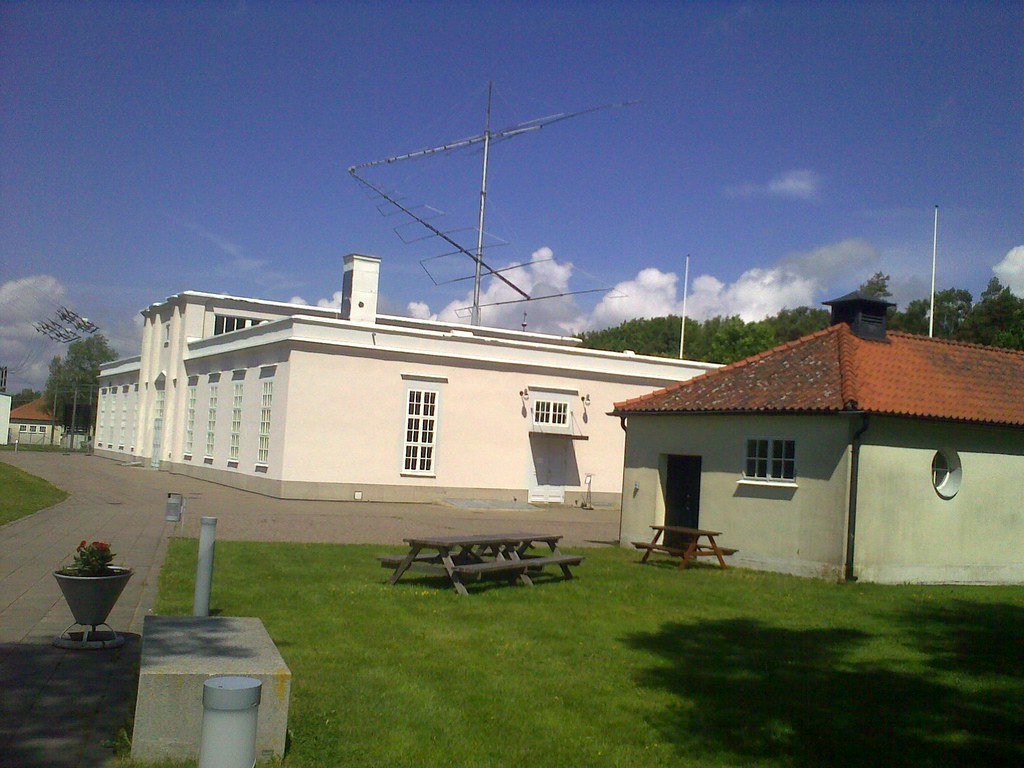 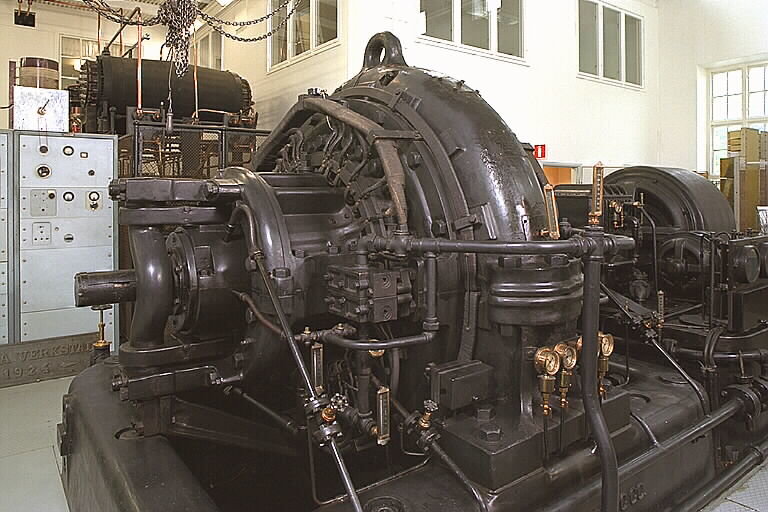 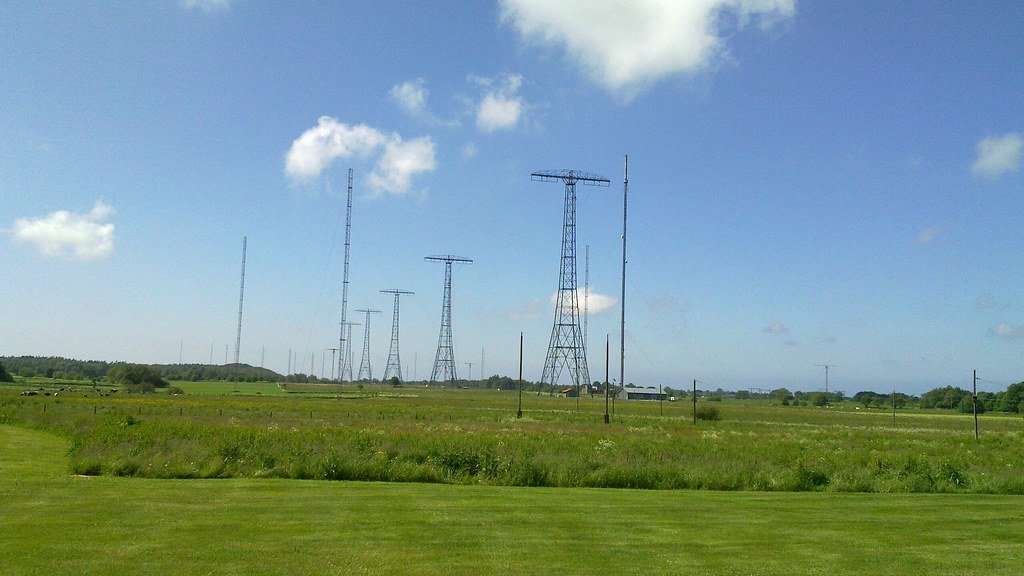 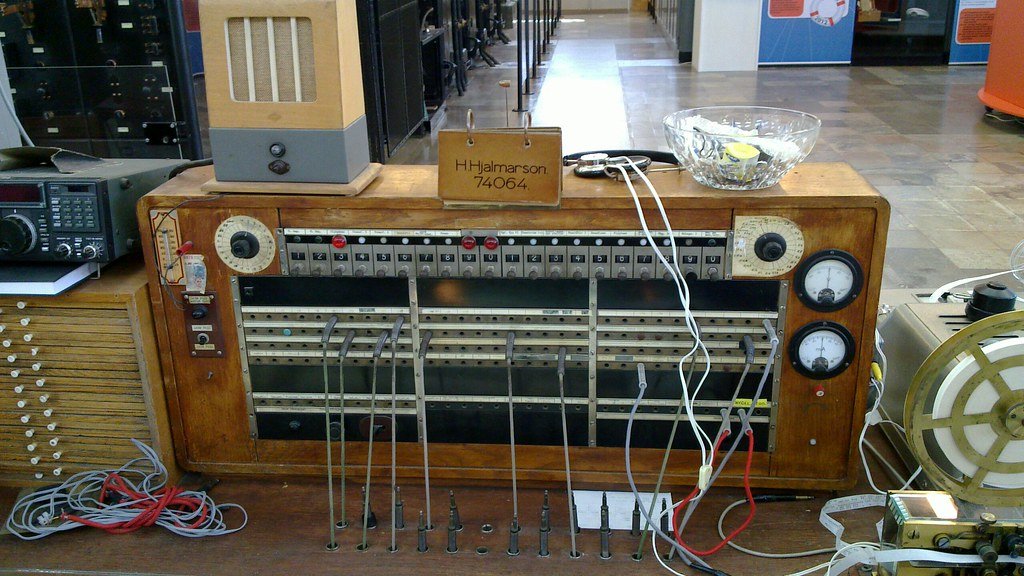 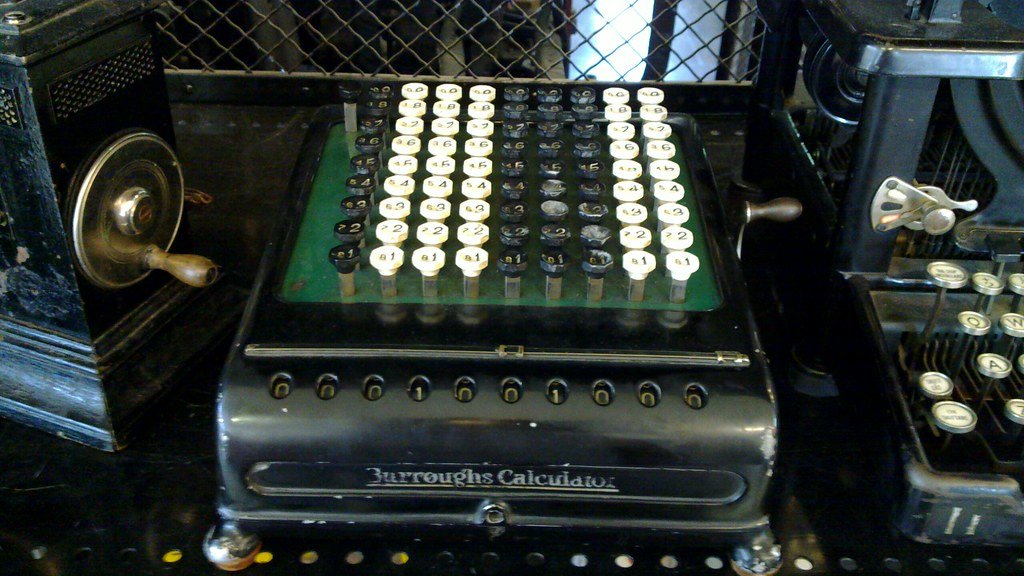 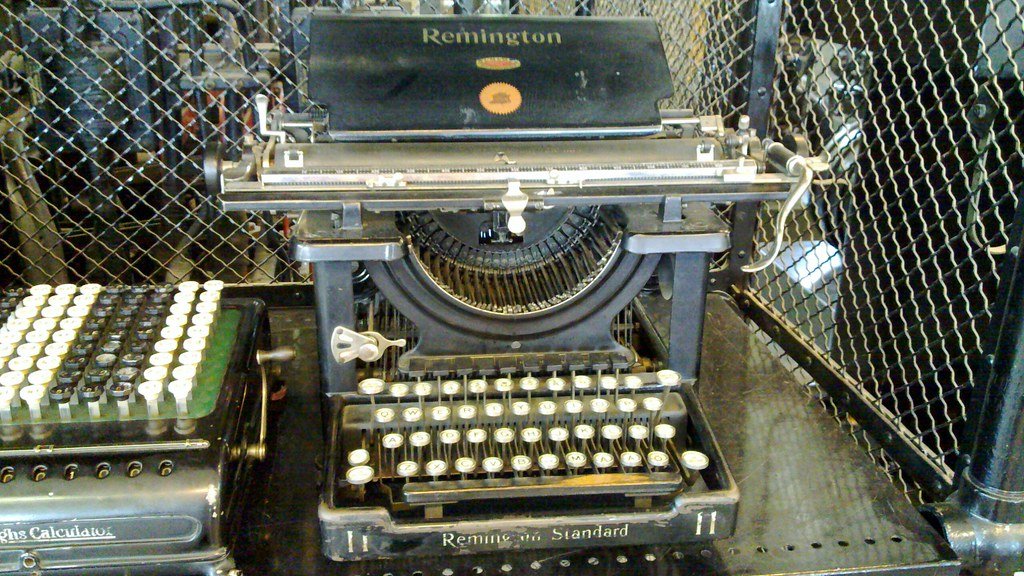 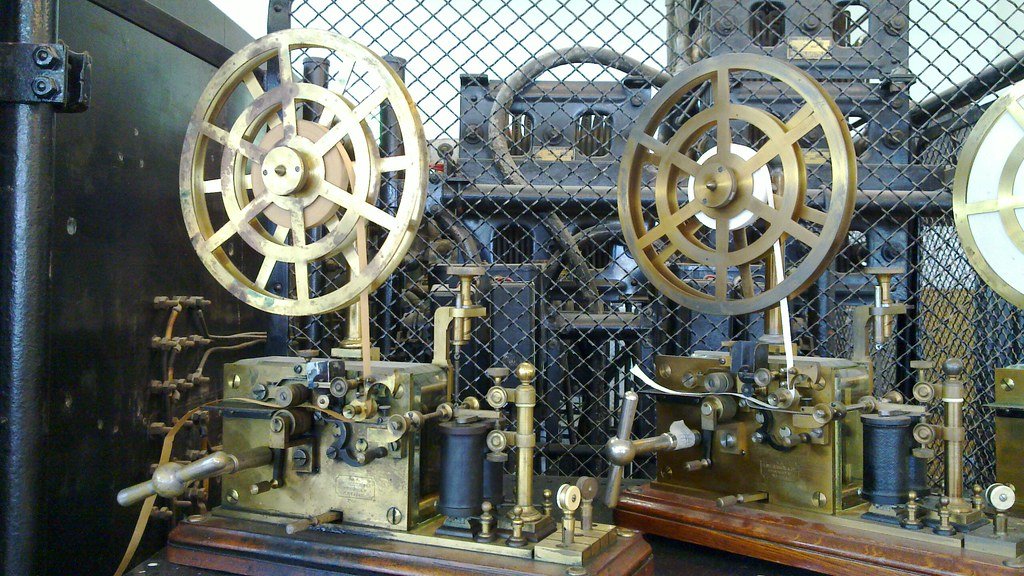 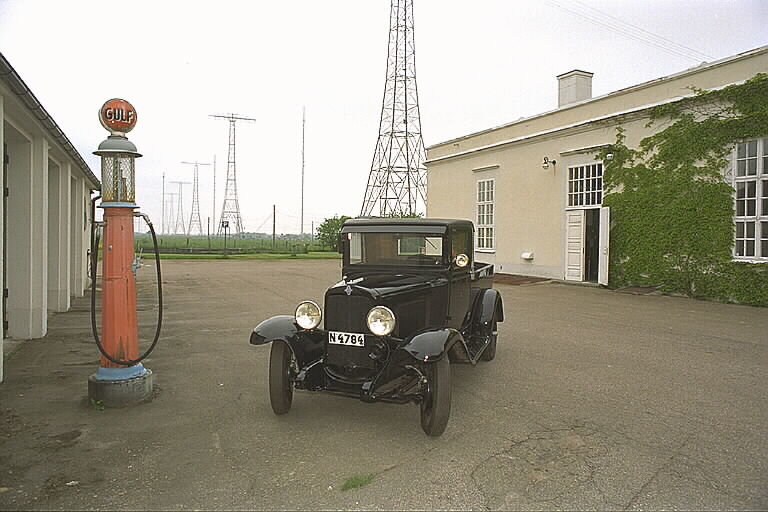 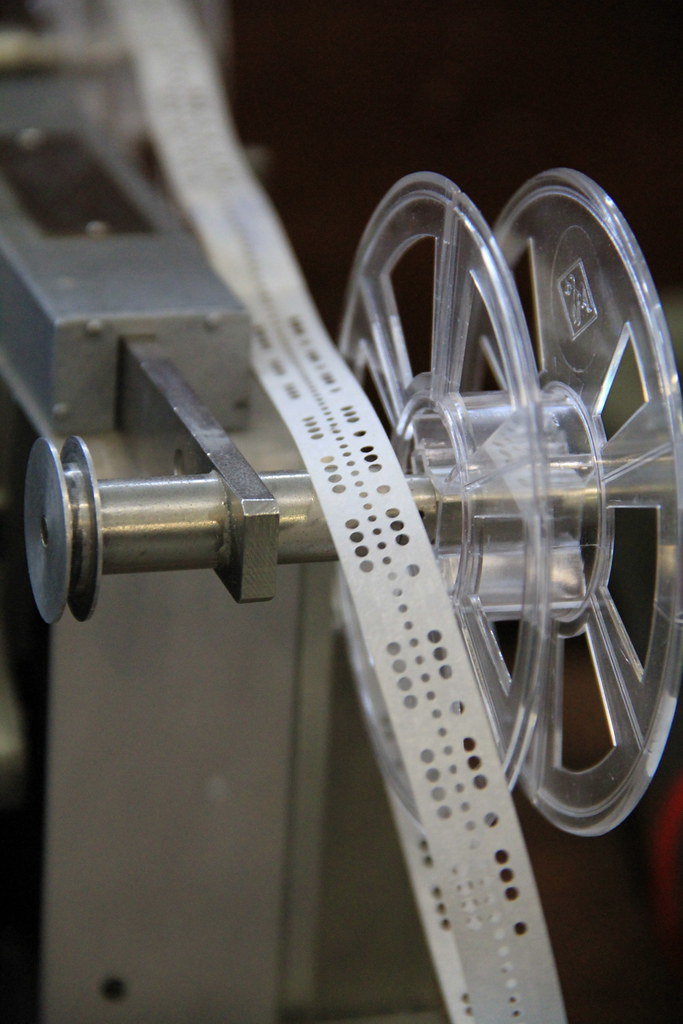 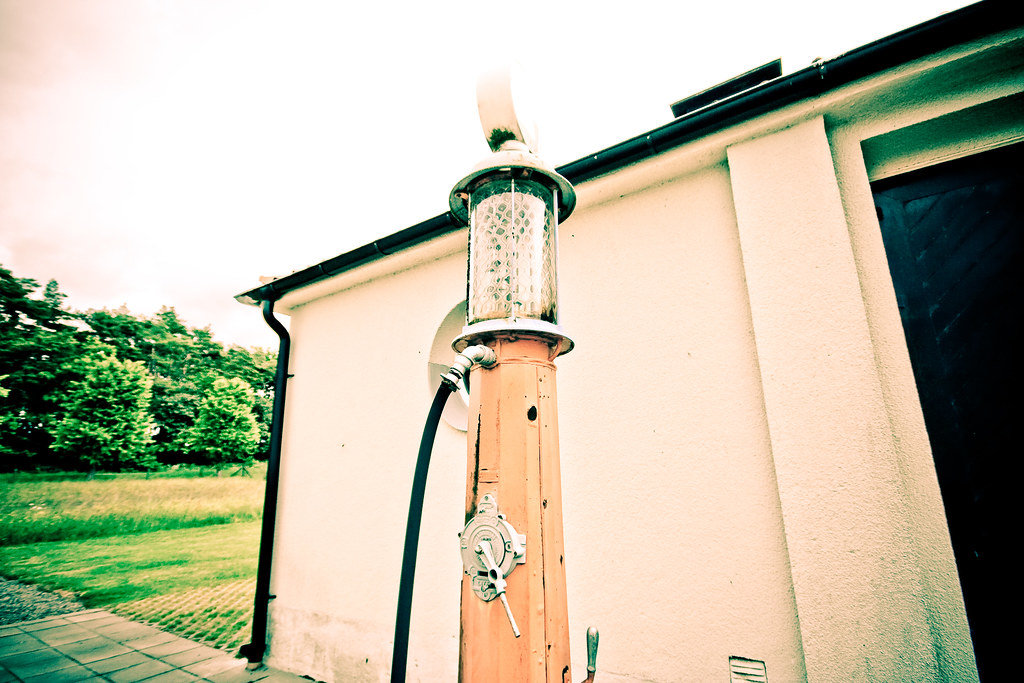 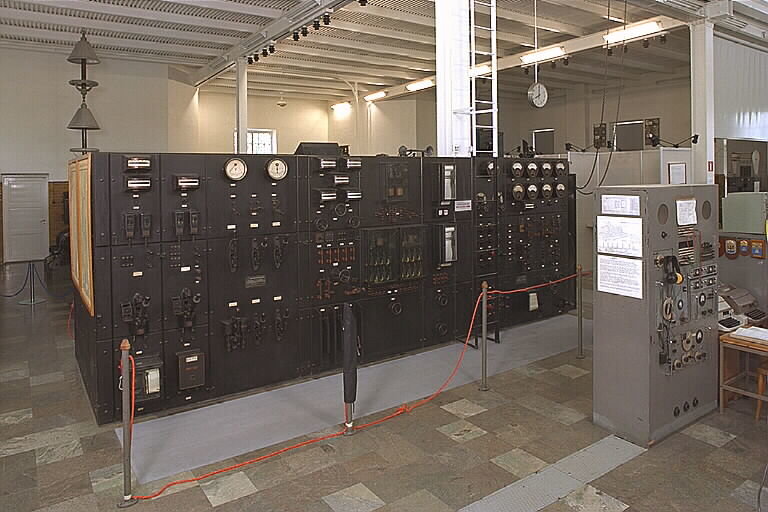 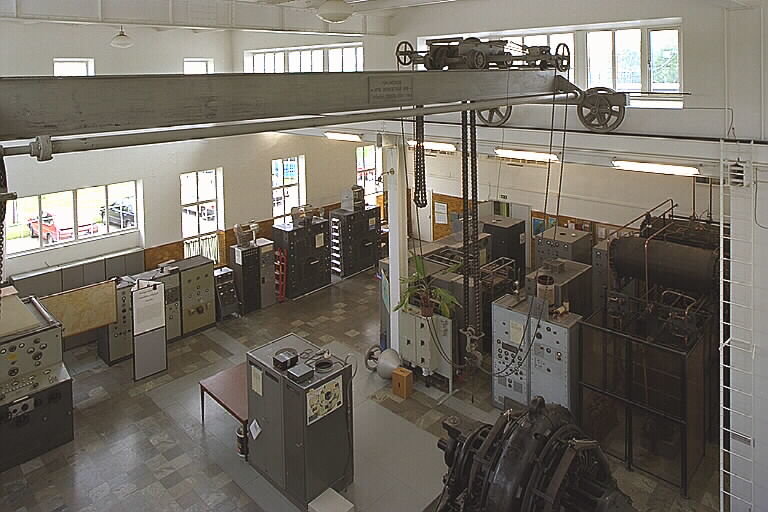 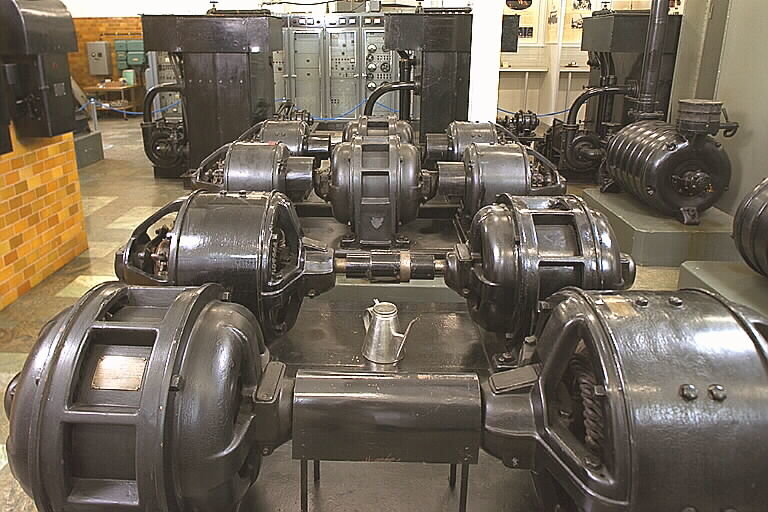