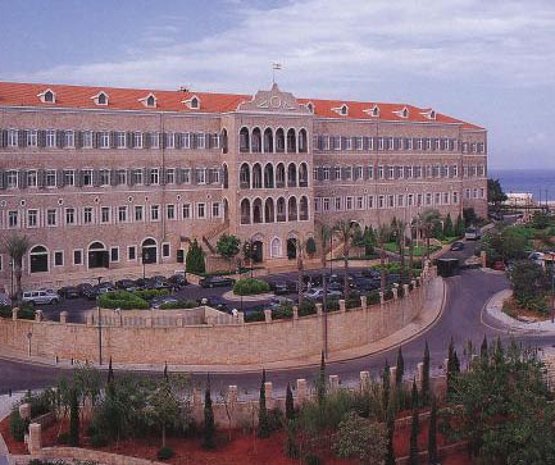 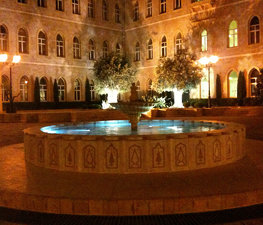 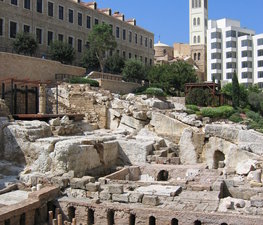 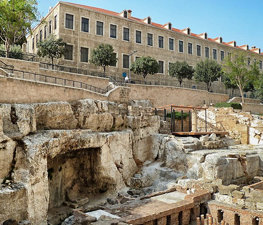 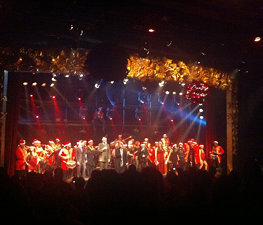 The Grand Serail (Arabic: السراي الكبير‎ (al saray al kabir); also known as the Government Palace) is the headquarters of the Prime Minister of Lebanon. It is situated atop a hill in downtown Beirut a few blocks away from the Lebanese Parliament.

The Grand Serail (Arabic: السراي الكبير‎ (al saray al kabir); also known as the Government Palace) is the headquarters of the Prime Minister of Lebanon. It is situated atop a hill in downtown Beirut a few blocks away from the Lebanese Parliament. The Grand Serail is a historic building, the most important of three Ottoman monuments on the Serail hill. The other two are the Council for Development and Reconstruction and the Hamidiyyeh clock tower. This historic building has earned its importance through successive roles which it held since 1832

After its short-lived victory over the Ottomans in 1831, an Egyptian military contingent took position and set up its barracks on the western side of a hill overlooking Beirut and outside its walls. Ibrahim Pasha selected this hill for military reasons. It was a high hill overlooking Suq-al Munajjidin (the weavers' bazaar), this Suq, known today as the banks street (shari' al Massarif), was located on a strategic area within downtown Beirut, and close to Tal'at al Amrican (American Hill), near Bab Yaacub (Jacob's Gate). In his book "Taqwim al Ikbal" Sheik Abdel Basit al Unsi describes that hill as being well situated, west of the city, away from the population and overseeing the sea and Beirut. Thus because of its situation, it allows the contingent to control the city and its suburbs. While the Egyptians were on that hill, the people customarily referred to it as the "Al Thakanat" (the barracks) because it was the lodging place that was selected by Ibrahim Pasha for his troops.

In 1840, the Ottoman Empire with the support of the Prussian, Russian, and English navies, recaptured authority over Syria. The Ottoman military authority took interest in the hill overlooking Beirut and set up a military base there. The building was first used as the headquarters of military and civilian departments and then, after its expansion, it turned into the headquarters of Ottoman governors. Beirutis referred to it then as al Quishleh (modern Turkish: Kışla), a Turkish word for "Garrison" or "soldiers quarter". Construction and fortification of the barracks was started in 1853 and was further expanded during the Crimean war. Until 1856 the Grand Serail only consisted of a single floor, another floor was added and the ground floor then served as the cavalry stables. Between 1877 and 1894 major structural modifications were made which gave the Serail its final form.

The Hospital and the Courthouse

Sultan Abdul Aziz (ruled 1861-1876) ordered the building of a hospital (Hastahane in Turkish, usually shortened to Hastane in current modern Turkish), which was built in 1865, people referred to it as the military infirmary. The hospital building included two wings. Its northern wing housed a drugstore (ajzah). When the French entered the city in 1918, they turned the hospital into a courthouse. Later the courthouse was moved to another location and the building became the Institute of Fine Art of the Lebanese University. however the war that raged through Beirut destroyed most parts of the courthouse and turned them into ruins until prime minister Rafik Hariri donated the sum needed for its reconstruction and renovation. Since its inauguration in 1992, the building serves as the headquarters of the Council for Development and Reconstruction.

In 1897, a clock tower was built near the Grand Serail to celebrate the 10th anniversary of Sultan Abdul Hamid II's coronation and to make up for the absence of a public clock indicating mandatory Muslim prayer times especially that many foreign institutions had built western style clock towers. The construction of the clock tower was approved by the Sultan following a letter of supplication from Beirut's governor Rashid Bey. The ceremonial laying of the first stone took place on January 9th 1897 (the birthday of the Sultan) in the presence of high officials, military representatives and members of the municipality of Beirut .

In 1918 after the defeat of the Ottoman Empire in World war one, the Flag of the Arab Revolt was briefly hoisted over the Grand Serail until the arrival of the allied forces who entered Lebanon by land and from the sea and occupied Beirut and the entire Lebanese coast in October 8, 1918. French colonel Depiepape was appointed by the commander of the allied forces General Allenby, he took control of the grand Serail and became the military governor of the country. With the removal of the Flag of the Arab Revolt, the Grand Serail was turned into the headquarters of the French Governor, who was granted the title of high commissioner of the French Government in the Levant. From then on the Grand Serail was referred to as the High Commission. In 1926 the French introduced changes to the northern facade of the Grand Serail. Thus a lobed arch balcony above the decorated entrance replaced the northern arched gate , which was moved to the southern entrance. The new balcony became a loggia for high commissioners and prime ministers' speeches. The French also removed a crown from over the arch of the northern entrance because it contained an engraved marble tablet showing the symbol of the Ottoman Empire.

Sheik Bechara El Khoury, who was the first post-independence President of Lebanon, holding office from 21 September 1943 to 18 September 1952, turned the Serail into the presidential headquarters before moving it to the Qantari Palace in Beirut.

The Grand Serail became the headquarters of the Lebanese prime minister Riad as-Solh who was the first Prime Minister of Lebanon (1943–1945), after the country's independence and has been used as the Office of the president of the council of ministers headquarters ever since.

The Grand Serail followed the architectural design epitomizing the new Ottoman military organization known as the “New Order” (niẓām cedīd). Its elevated location and austere façade copied the Selimiye Barracks in Istanbul. The finished structure consisted of two tall floors with the longer façade spreading over 80 metres (260 ft). The eastern façade is adorned by an arcaded protruding portico flanked by two symmetrical wings each divided by three rows of 16 windows. The monumentality of the building was further emphasized in 1861 when the military hospital was constructed.
Particularly hit during the civil war, the Serail was a scarred site at the end of the hostilities. Its renovation to its present state of grandeur is a symbol of the vision and challenge involved in the BCD reconstruction. Restoration was completed in 900 work days in 1998.
Today, the Grand Serail is a blend of heritage architecture with a modern interior and high-tech amenities. A faithful adaptation of the original Ottoman structure resulted in a larger, more functional building. The external walls were completely restored and stone from demolished buildings was used in the additional floor, thereby preserving a homogeneous facade. All contracting and handicrafts, including stone, marble, steel or carpentry works, were carried out by Lebanese firms. The Serail covers 39,700 sq. m of floor space. The Grand Serail's four wings are disposed around a large courtyard which flanked at the center by a limestone and Carrera marble fountain. Both the exterior and interior facades are covered by a total of 588 arches and arcades (282 lobes arches, 197 pointed arches, 6 rounded arches, 11 mandolin arches, 92 pointed arcades). The north gate is constitutes the central structural element of the four facades. It is 11 metres (36 ft) high and 7 metres (23 ft) in width and was inspired by the Beiteddine Palace's gates. In the middle of entrance's arch a marble tablet was inscribed under the request of prime minister Rafik Hariri which reads: "لو دامت لغيرك لما اتصلت إليك " which vaguely translates:"If _political_ rule lasts perpetually for anyone, it would not have reached you". The two upper floors comprise the Prime Minister's residence and office, offices for his staff, as well as the cabinet room and ministers' offices. The ground floor consists of a banquet hall, two receptions areas, a press room and a courtyard. Finally, an underground level includes a car-park, offices and rooms for the personnel. In all the Grand Serail includes 430 rooms and chambers in addition to the quarters for the maintenance and other service rooms.

The Hamidiyyah Clock Tower was designed by Youssef Aftimus, and restored in 1994 to its original condition. The Clock Tower stands 25 metres (82 ft) tall, it was the tallest structure in Beirut at the time of its completion. It was built of Beiruti sandstone, Jounieh limestone, Damascene Basalt and Deir el Qamar red stone. The clock tower's 300 kg bell, suspended on the third floor was accessible by a set of 125 cast iron steps inside the tower's 4 by 4 metres (13 ft) shaft. This floor has four miniature neo-orientalist style balconies topped by the four large French made clock faces which were especially imported by the Ottoman embassy.

Tips & Hints
Arrange By:
Popular first New first
There are no tips nor hints for Grand Serail yet. Maybe be you will be the first one to post useful information for fellow travellers? :)
6.9/10
6,798 people have been here
I've been here
Add to wishlist

0.1km from Army, Lebanon Get directions 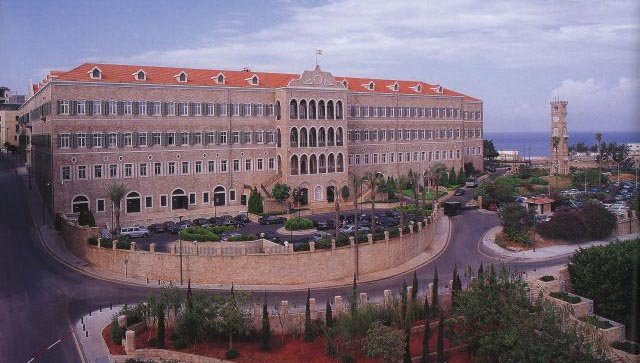 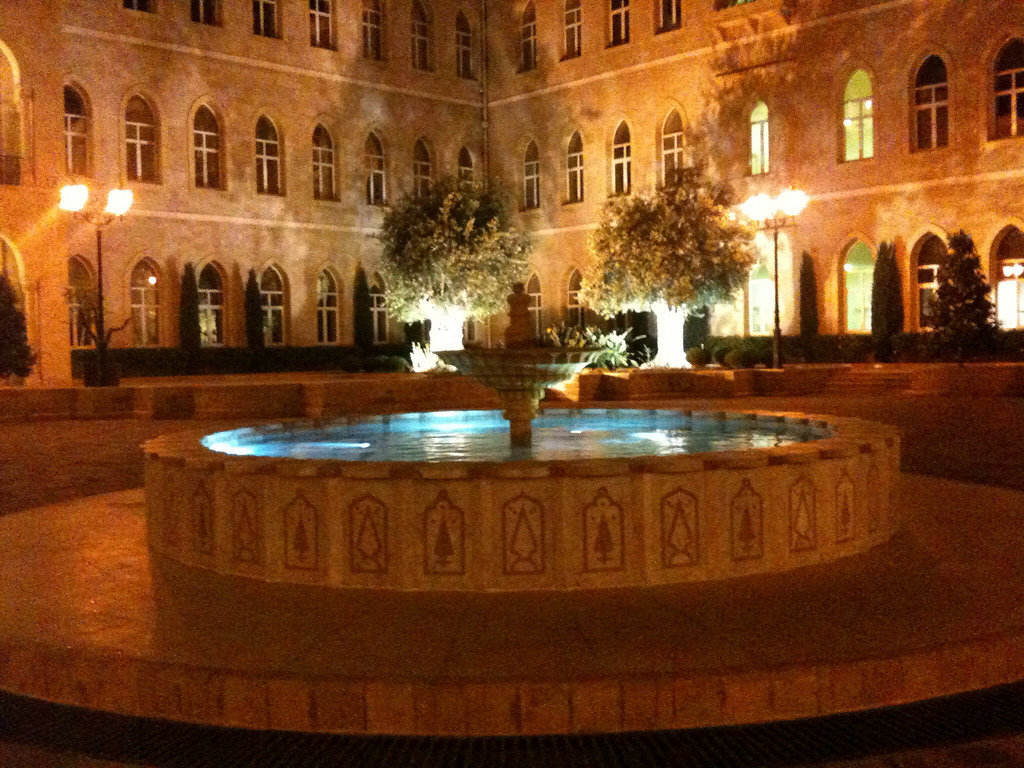 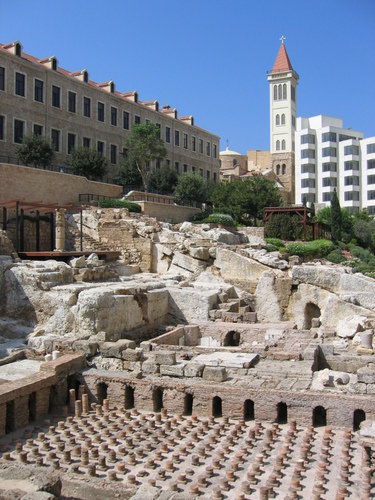 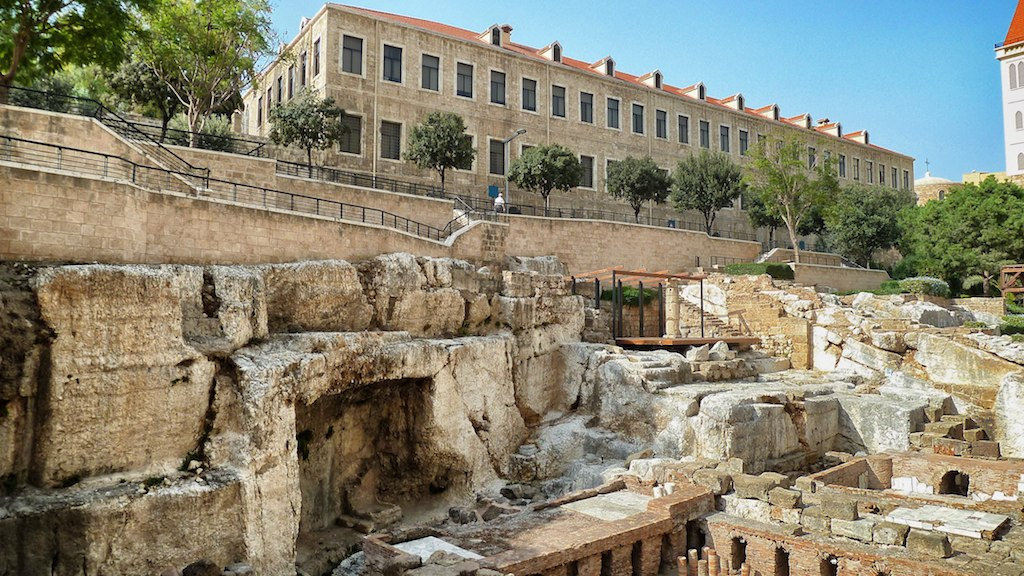 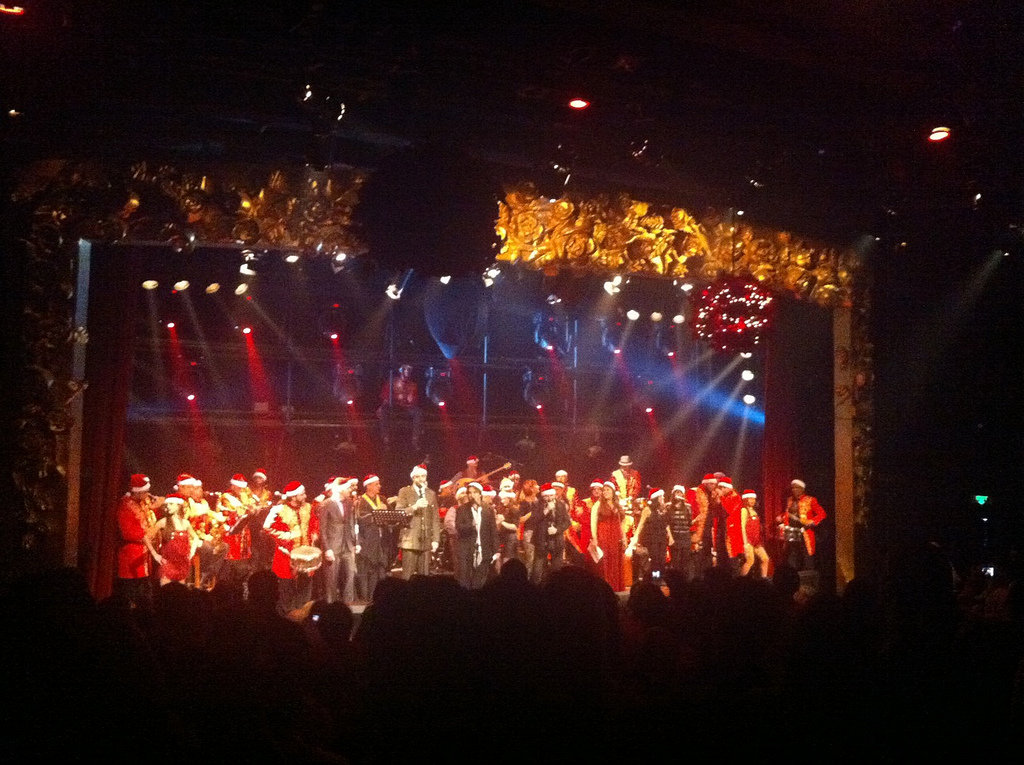 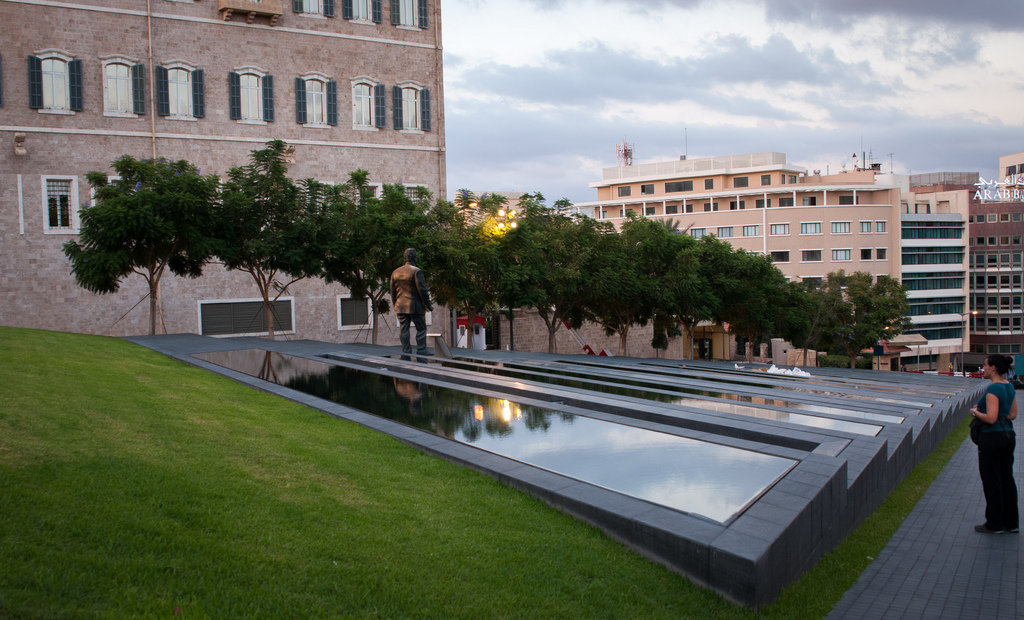 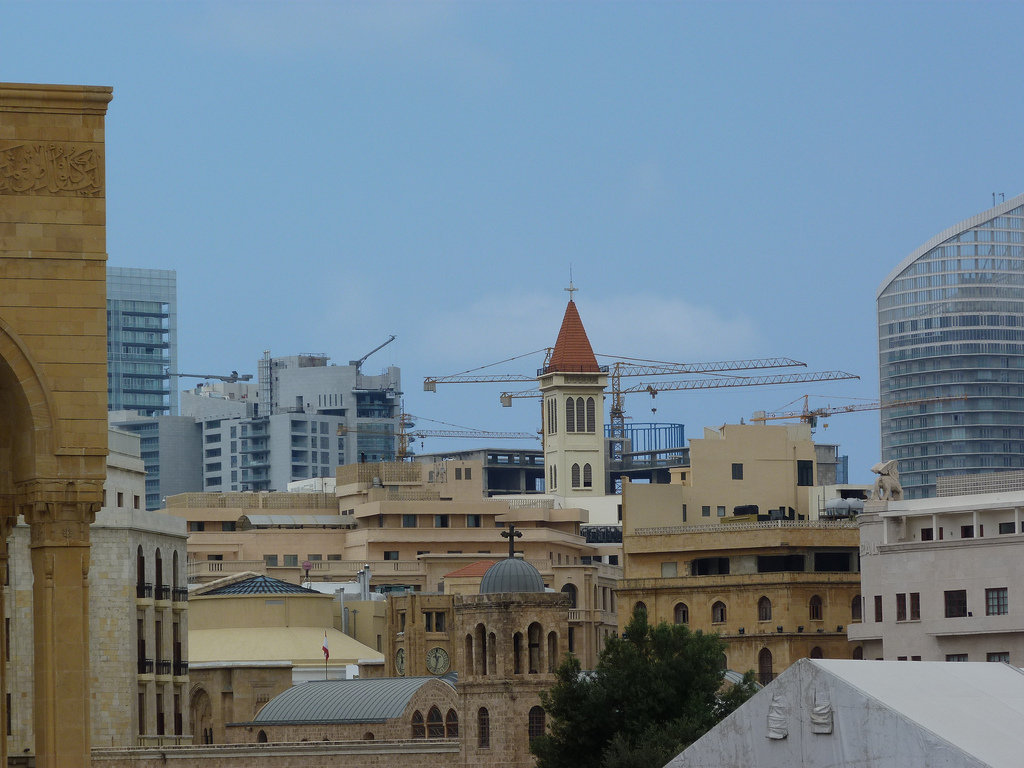 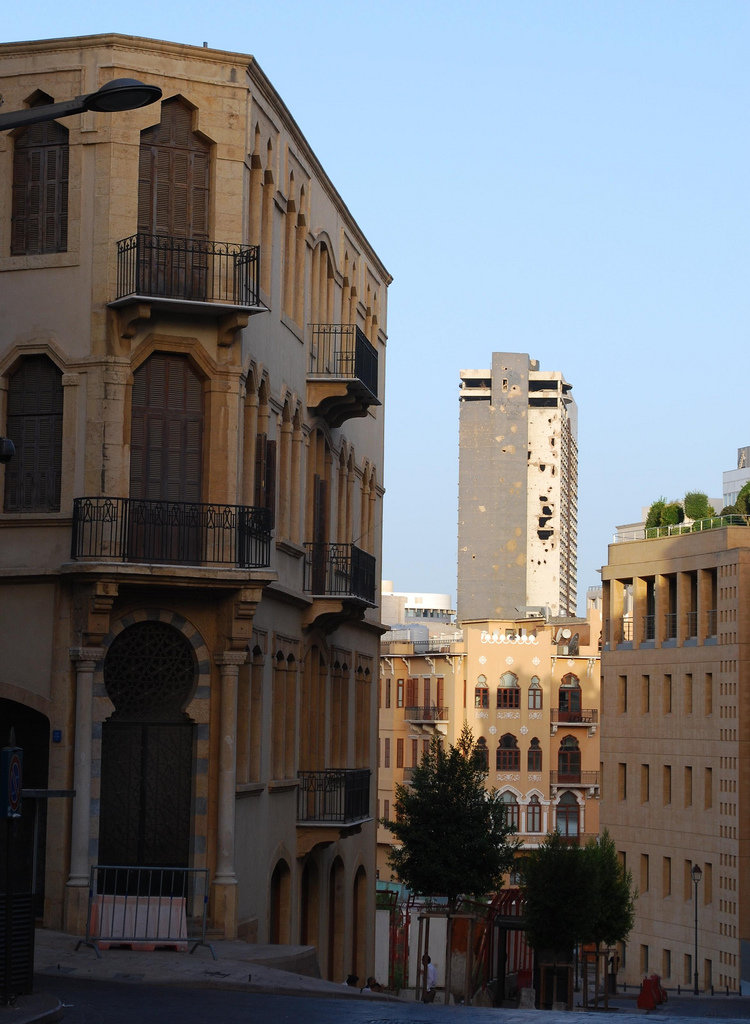 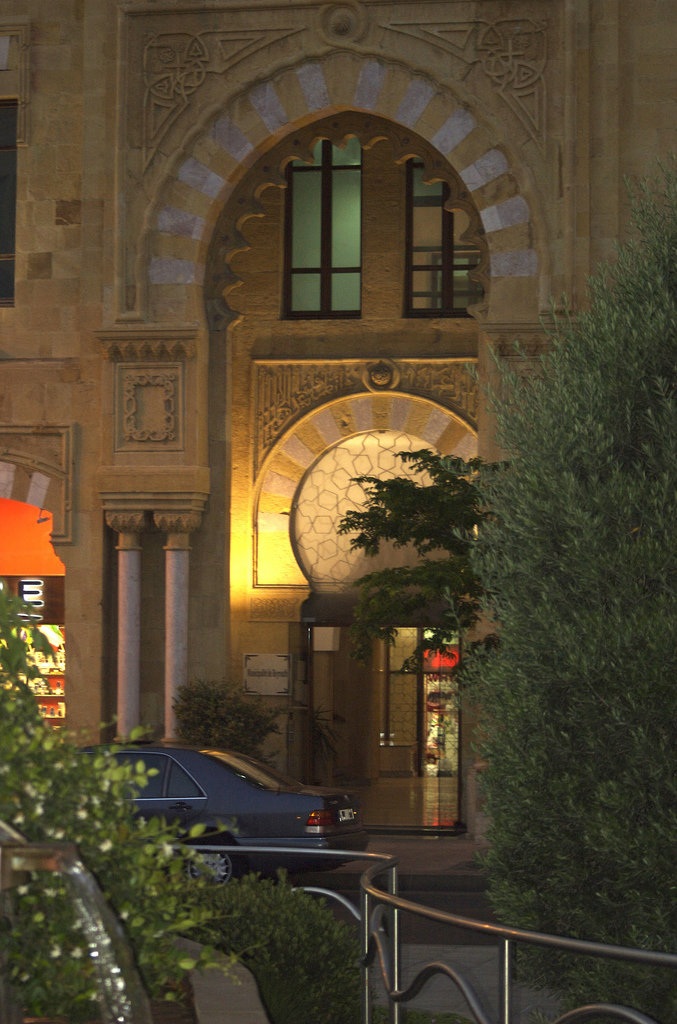