Grand Hotel Europe (русский. Гранд Отель Европа; known as Hotel Evropeiskaya until 1991) vies with Corinthia Nevskij Palace Hotel and Hotel Astoria for the title of the most luxurious five-star hotel in Saint Petersburg, Russia. One of great hotels of the 19th-century Europe, it opened its doors to the public on January 28, 1875, replacing an earlier inn situated on the same site. Its marble-and-gilt interiors, sweeping staircases and elegant furniture attracted crowds of well-to-do visitors, including Ivan Turgenev, Peter Ilyich Tchaikovsky, Claude Debussy, H.G. Wells, Igor Stravinsky, Gustav V of Sweden, Elton John, Jacques Chirac, to name only a few notables who lodged there.

In the 1910s, the hotel was remodelled in the Art Nouveau style to designs by Fyodor Lidval and Leon Benois. The latest major renovation was carried on between 1989 and 1991.

The hotel was featured in the 1995 James Bond movie, GoldenEye. However, none of the movie was shot at the hotel, the exterior used was actually the Langham Hotel in London, while the interiors were sets. Шаблон:-

Chloe
Such a beautiful hotel. The breakfast is impressive, try their made-to-order caviar crêpe. The bar is historical and elegant. They also have a wide range of pillow menu for you to chose from.

Miji Kim
I, myself as a backpacker, wore the unsuitable dress for this great hotel. But all the staffs here gave me the warmest welcome. Caviar was so great! Highly recommend it! A bit pricy though.

Spotted by Locals - city guides by locals
Stylish, elegant and posh bar’s a great place to surprise someone with the exclusive interior, perfectly made cocktails, warm atmosphere, charming music that hardly changed during the last century.

In Your Pocket
New pastry chef makes great cakes and desserts, a must try! New coffee cocktails served by the only professional barista in St. Petersburg. In the Mezzanine Cafe.

Geoffroy Bablon
Poke into l'Europe Restaurant, and imagine the room a hundred years ago, looking much the same. It was apparently one of the first places in the city to get electricity (before the royal palace!)
Load more comments
foursquare.com
8.7/10
vasily.malygin, EnMork and 43,373 more people have been here
I've been here
Add to wishlist

The Arts Square (Russian: площадь Искусств, Ploshchad Iskusstv) is a

Перинные ряды is a tourist attraction, one of the Arts centres in

Kazansky Bridge (Russian: Каза́нский мост) is a bridge across Griboy

The Italian Bridge (Russian: Италья́нский мост) is the bridge across t 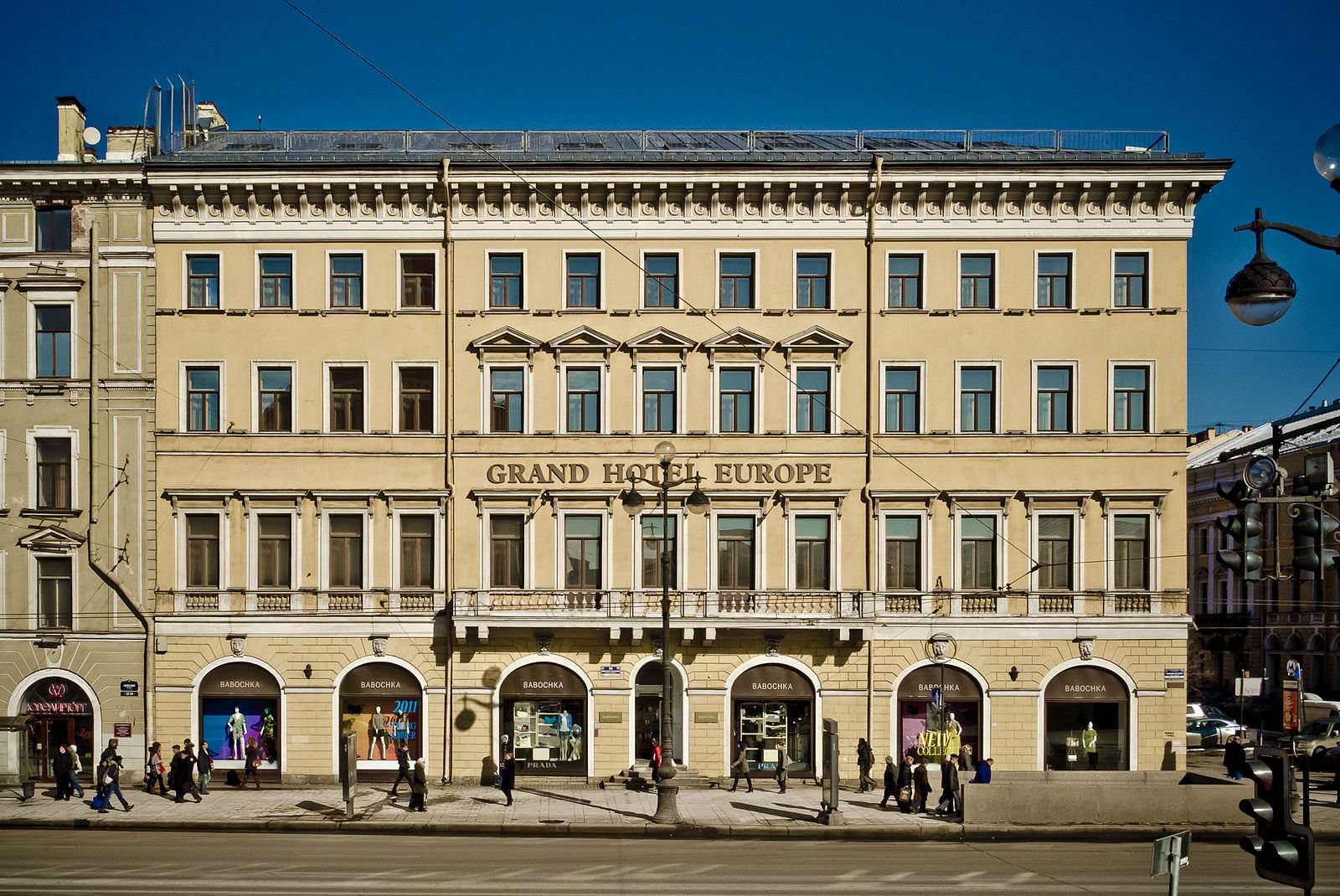 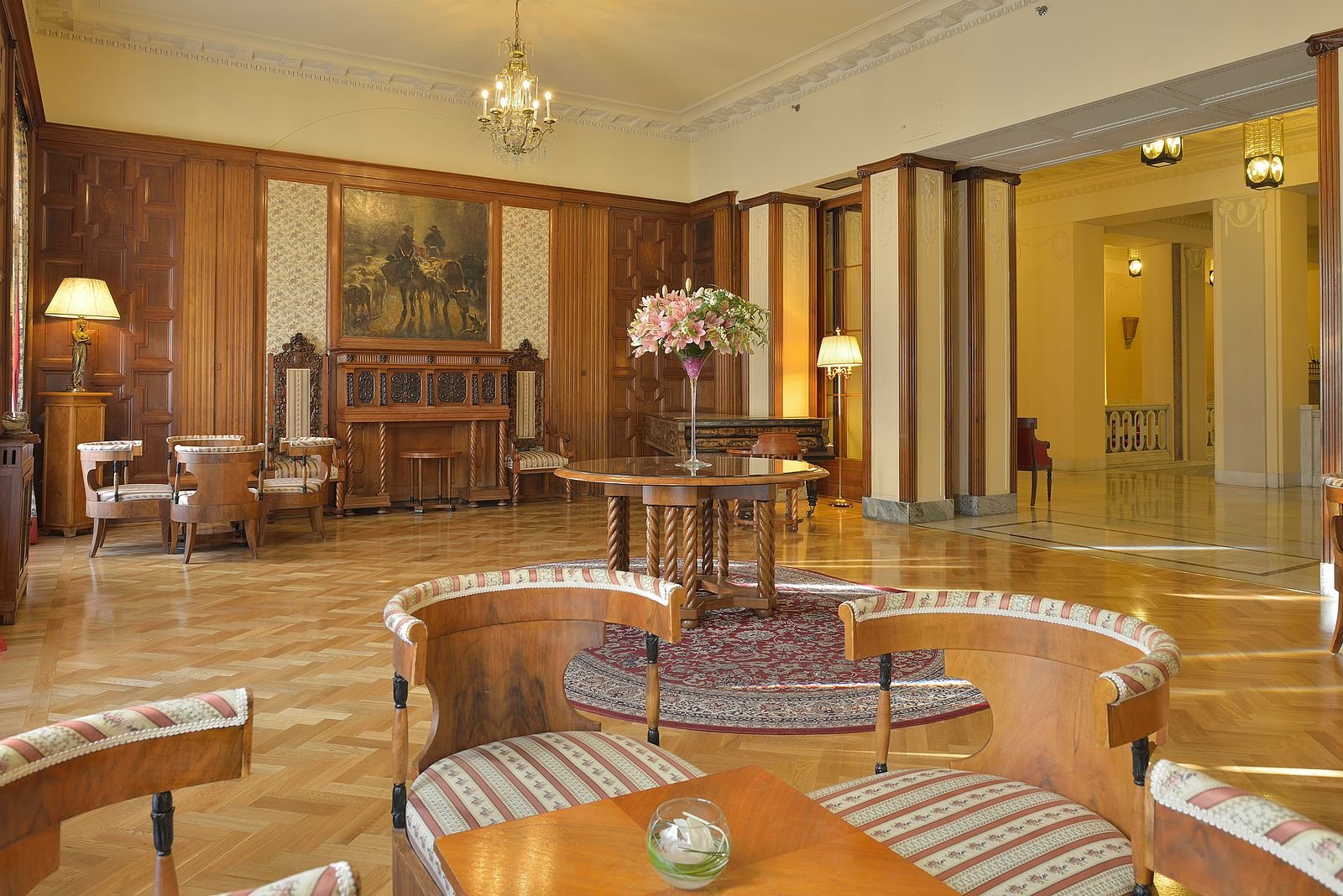 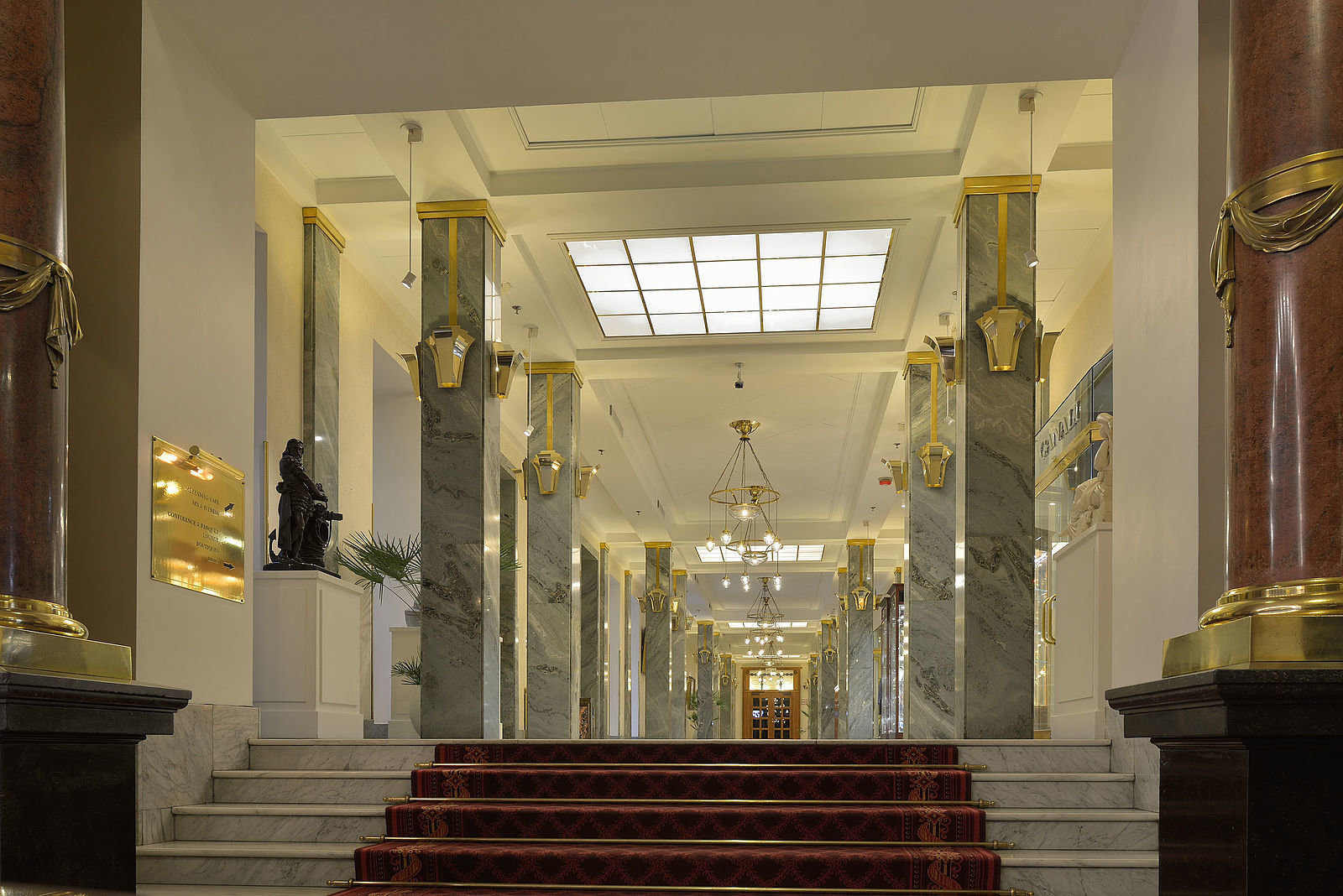 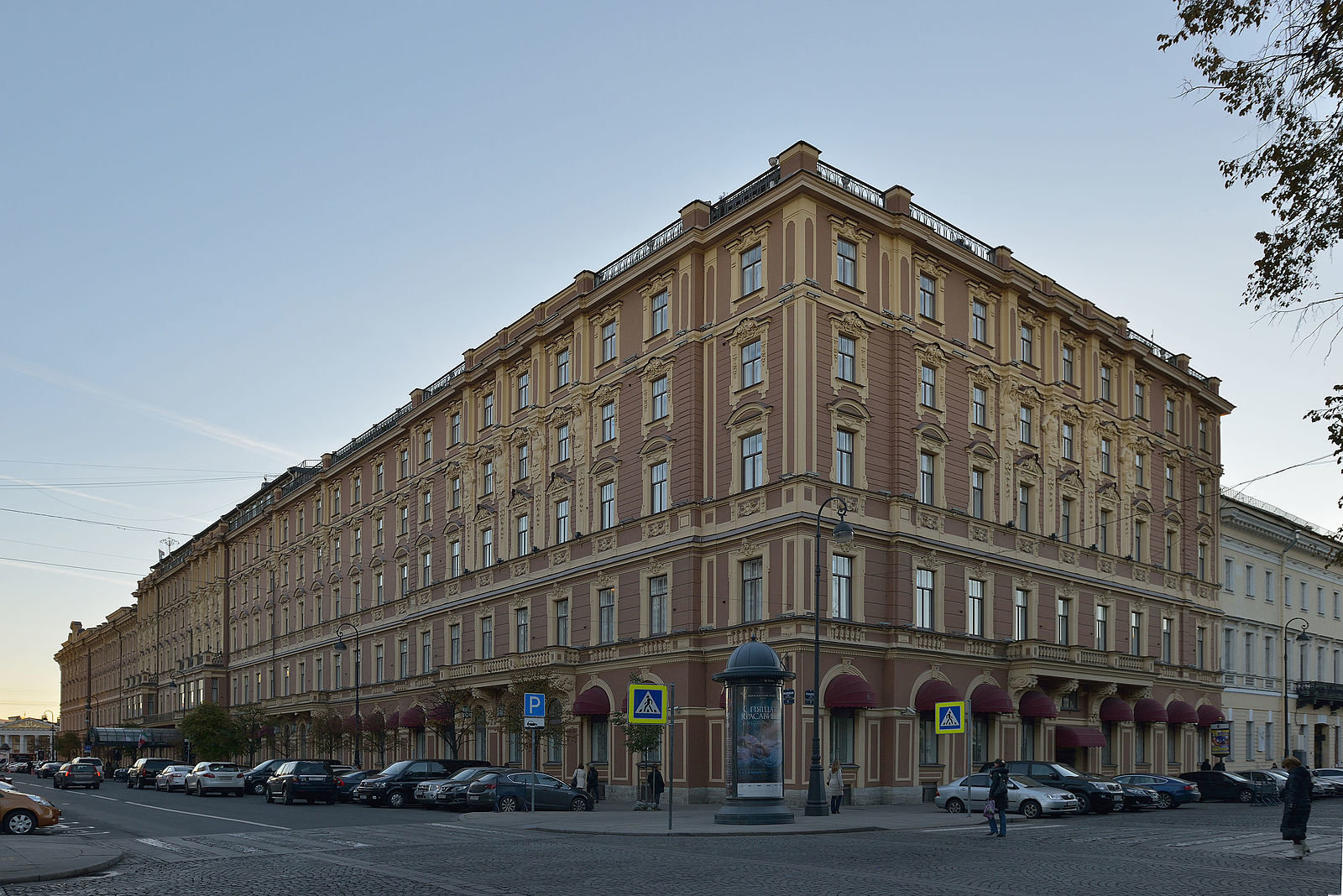 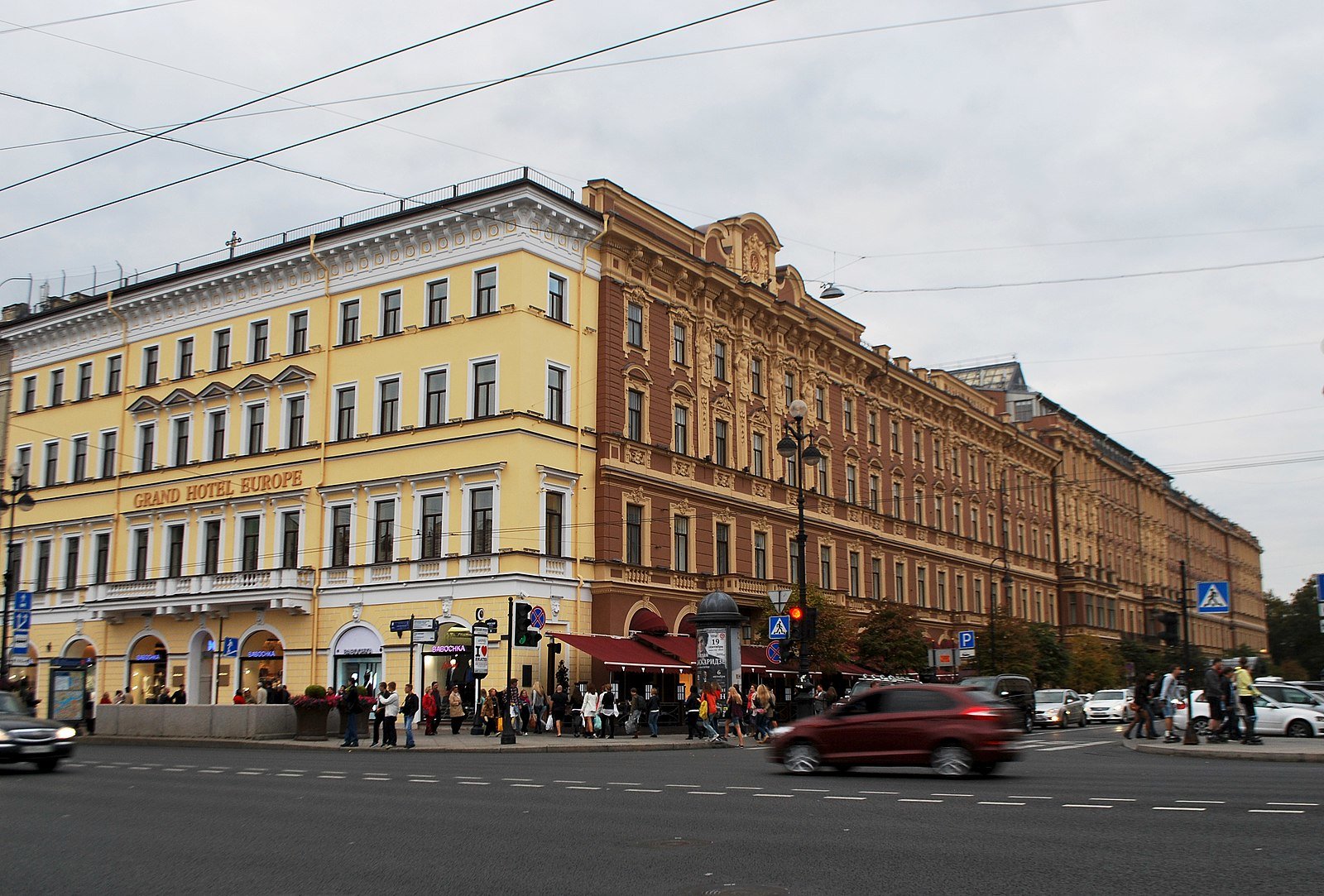