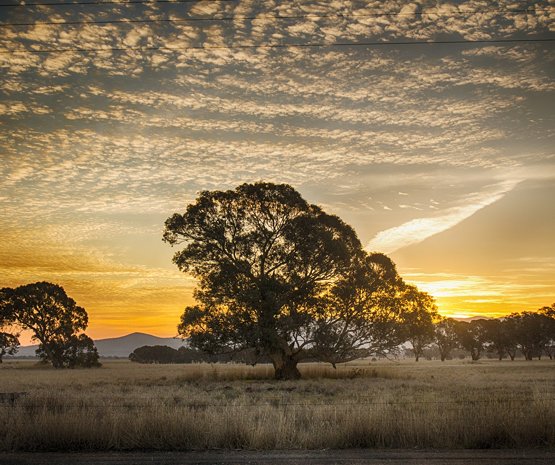 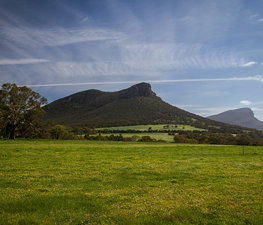 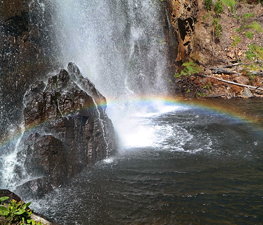 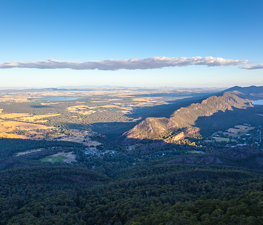 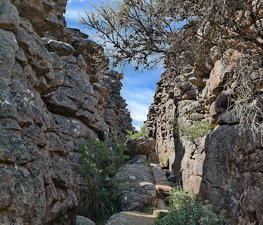 The Grampians National Park (also Gariwerd) is a national park in Victoria, Australia, 235 kilometres west of Melbourne. The Park was listed on the Australian National Heritage List on 15 December 2006 for its outstanding natural beauty and being one of the richest indigenous rock art sites in south-eastern Australia.

The Grampians feature a striking series of sandstone mountain ranges. The ranges were named in 1836 by Surveyor General of New South Wales Sir Thomas Mitchell after the Grampian Mountains in his native Scotland, but are also known by the name Gariwerd, from one of the local Australian Aboriginal languages, either the Jardwadjali or Djab Wurrung language. After a two-year consultation process, the park was renamed Grampians (Gariwerd) National Park in 1991, however this controversial formality was reversed after a change of state government in 1992. The Geographic Place Names Act 1998 reinstated dual naming for geographical features, and this has been subsequently adopted in the Park based on Jardwadjali and Djab Wurrung names for rock art sites and landscape features with the National Heritage List referring to Grampians National Park (Gariwerd).

The general form that the ranges take is, from the west, a series of low-angled sandstone ridges running roughly north-south. The eastern sides of the ridges, where the sedimentary layers have faulted, are steep and spectacular, beyond the vertical in places - notably at Hollow Mountain near Dadswell's Bridge at the northern end of the ranges. The most popular walking area for day trippers is the Wonderland area near Halls Gap. In summer the ranges can get very hot and dry. Winter and spring are the best times for walking. The Wonderland area is also host to "The Grand Canyon" on the "Wonderland Loop" on one of the tracks to the "Pinnacle".

In spring the Grampians wildflowers are a major attraction. The area is a noted rock climbing destination, and it is popular with campers and bushwalkers for its many spectacular views and unspoilt nature.

Mount William is known within the gliding community as the epicentre of the 'Grampians Wave', a weather phenomenon enabling glider pilots to reach extreme altitudes above Шаблон:Convert. This predominantly occurs during the months of May, June, September and October when strong westerly winds flow at right angles to the ridge, and produce a large-scale standing wave (Mountain Lee Wave).

The rock material that composes the high peaks is sandstone which was laid down from rivers during the Devonian era 380 million years ago. This sediment slowly accumulated to a depth of 7 km; this was later raised and tilted for its present form. Forty million years ago the Southern Ocean reached the base of the northern and western base of the mountain range, the deposition from the range forming the sea floor which is now Little Desert National Park.

The highest peak is Mount William at 1167 metres. Numerous waterfalls are found in the park and are easily accessible via a well-developed road network.

To the Jardwadjali and Djab wurrung peoples Gariwerd was central to the dreaming of the creator, Bunjil, and buledji Brambimbula, the two brothers Bram, who were responsible for the creation and naming of many landscape features in western Victoria.

Grampians National Park (Gariwerd) is one of the richest Indigenous rock art sites in south-eastern Australia and was listed on the National Heritage for its natural beauty and its past and continuing aboriginal cultural associations. Motifs painted in numerous caves include depictions of humans, human hands, animal tracks and birds. Notable rock art sites include:

The rock art was created by Jardwadjali and Djab Wurrung peoples, and while Aboriginal communities continue to pass on knowledge and cultural traditions, much indigenous knowledge has also been lost since European settlement of the area from 1840. The significance of the right hand prints at Gulgurn Manja is now unknown.

Dual naming of features has been adopted in the Park based on Jardwadjali and Djab Wurrung names for rock art sites and landscape features, including:

Halls Gap / Budja Budja is the largest service town in the area and is located at a point roughly equidistant between the towns of Ararat and Stawell. The town is located towards the eastern side of the park and offers accommodation to the many tourists who visit the area.

The Brambuk National Park and Cultural Centre in Halls Gap is owned and managed by Jardwadjali and Djab Wurrung people from five Aboriginal communities with historic links to the Gariwerd-Grampians ranges and the surrounding plains.

A major bushfire burned out about 50% of the Grampians National Park in January 2006. Soon afterwards the first signs of regeneration were already visible with, for example, regrowth of the eucalyptus trees. Many trees exhibit epicormic growth, where a mass of young shoots re-sprout along the whole length of the trunk to the base of the tree. Major flooding followed 5 years later in January 2011, forcing the closure of some parts of the Grampians National Park for several months. An earthquake with a magnitude of 3.8 followed six months later, although this did not cause any damage.

Yarn Lam
Hiking on the north face of the mountains really gives a great experience of the differences with the south faces. North faces in the Southern Hemisphere get more sun - more rugged, craggy landscape.

Rob
An amazing place to visit. Majestic mountain views can be seen all around. Be sure to check out some of the great bushwalking tracks such as The Pinnacles.

Robin Hu
good for seeing Kangaroos but watch out that they don´t hit you on road, beauty place for short and long hickingtracks, acctually it´s not at the right position on the map.

Sanny
Absolutely stunning. Worthwhile stopping over for a few nights & take on some hikes or short walks of the area.

Francesco Demoro
Wonderful park . After 6 PM a the wildlife is around you
Load more comments
foursquare.com
9.0/10
Christina Png and 69,047 more people have been here
I've been here
Add to wishlist

MacKenzie's Falls is a tourist attraction, one of the Waterfalls in

Reeds Lookout is a tourist attraction, one of the Scenic Lookouts in

The Silverband Falls are waterfalls located in Grampians National

Boroka Lookout is a tourist attraction, one of the Scenic Lookouts in

Halls Gap Zoo is a Шаблон:Convert zoo located about Шабло

The Nigretta Falls are waterfalls located in the Southern Grampians

The Wannon Falls are waterfalls located in the Southern Grampians

The Art Gallery of Ballarat, formerly known as the Ballarat Fine Art

Acadia National Park preserves much of Mount Desert Island, and 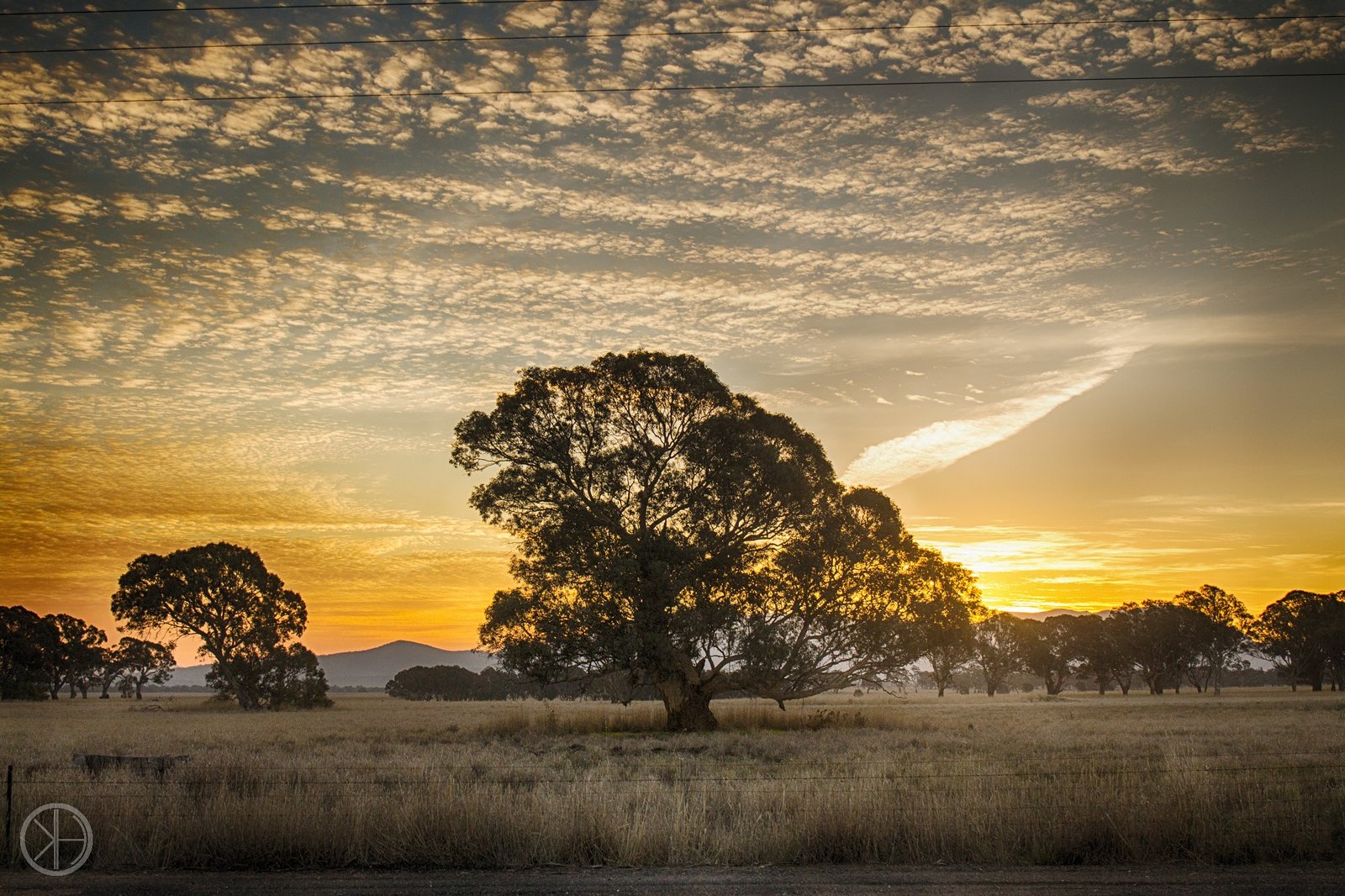 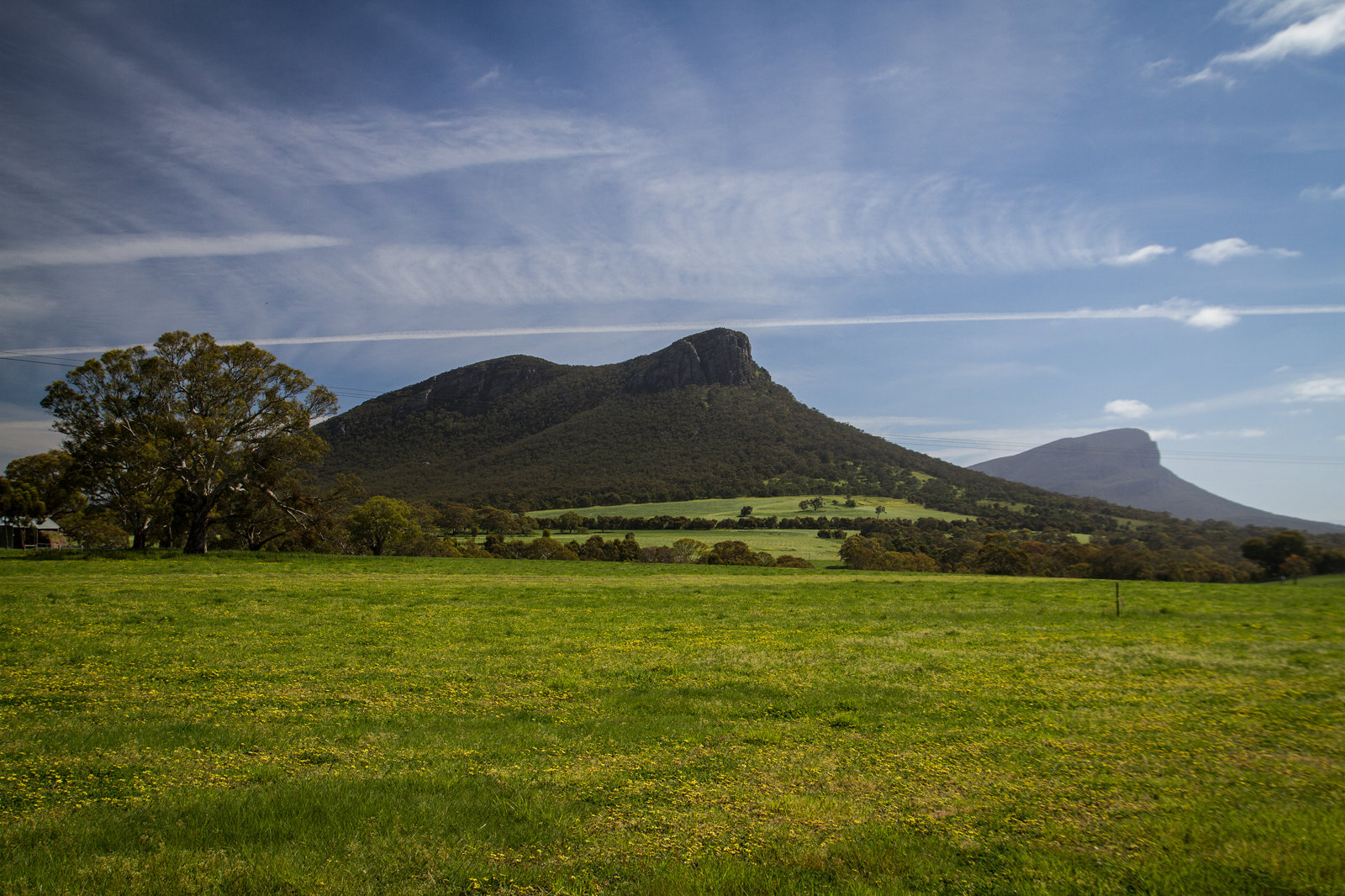 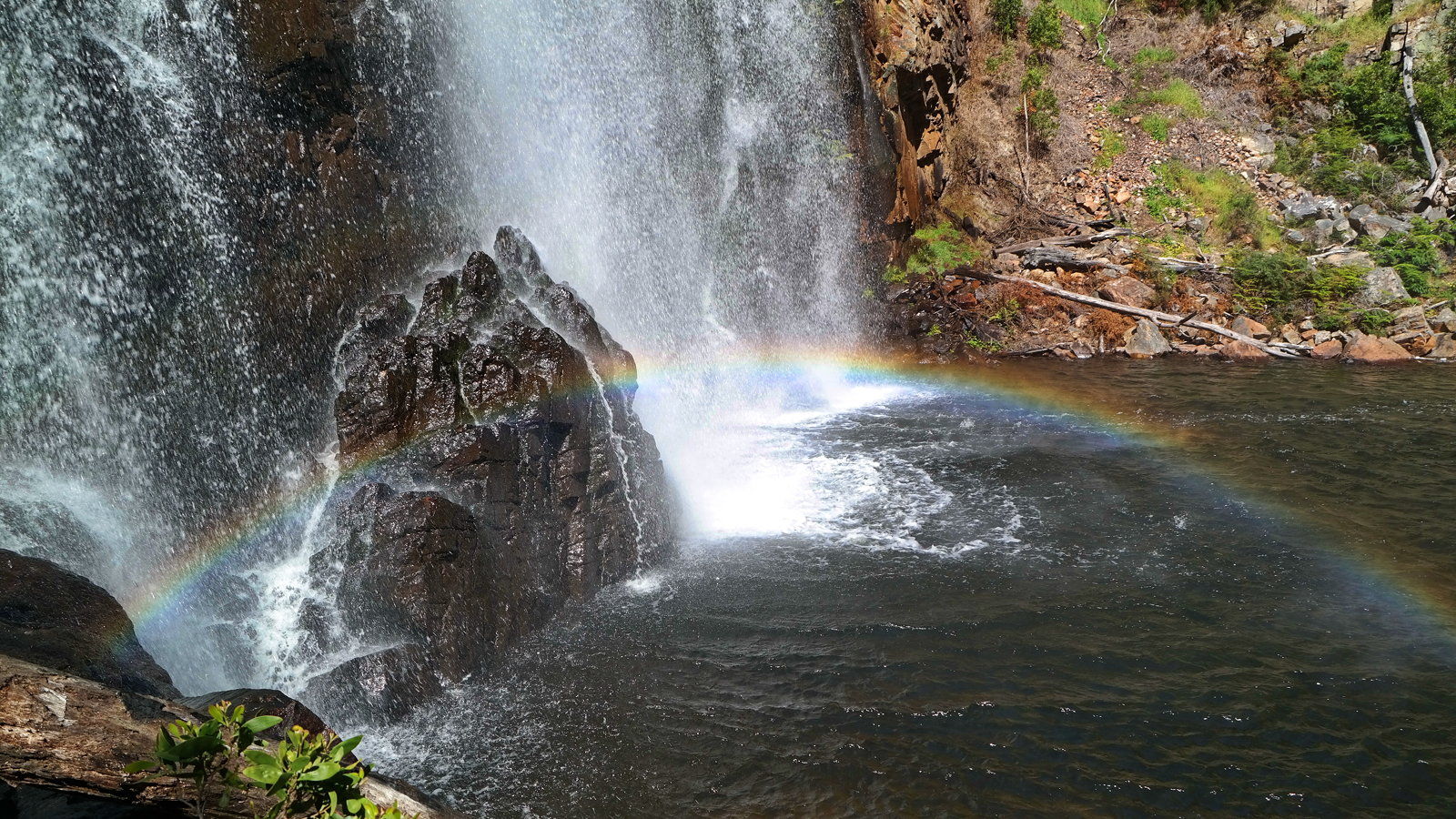 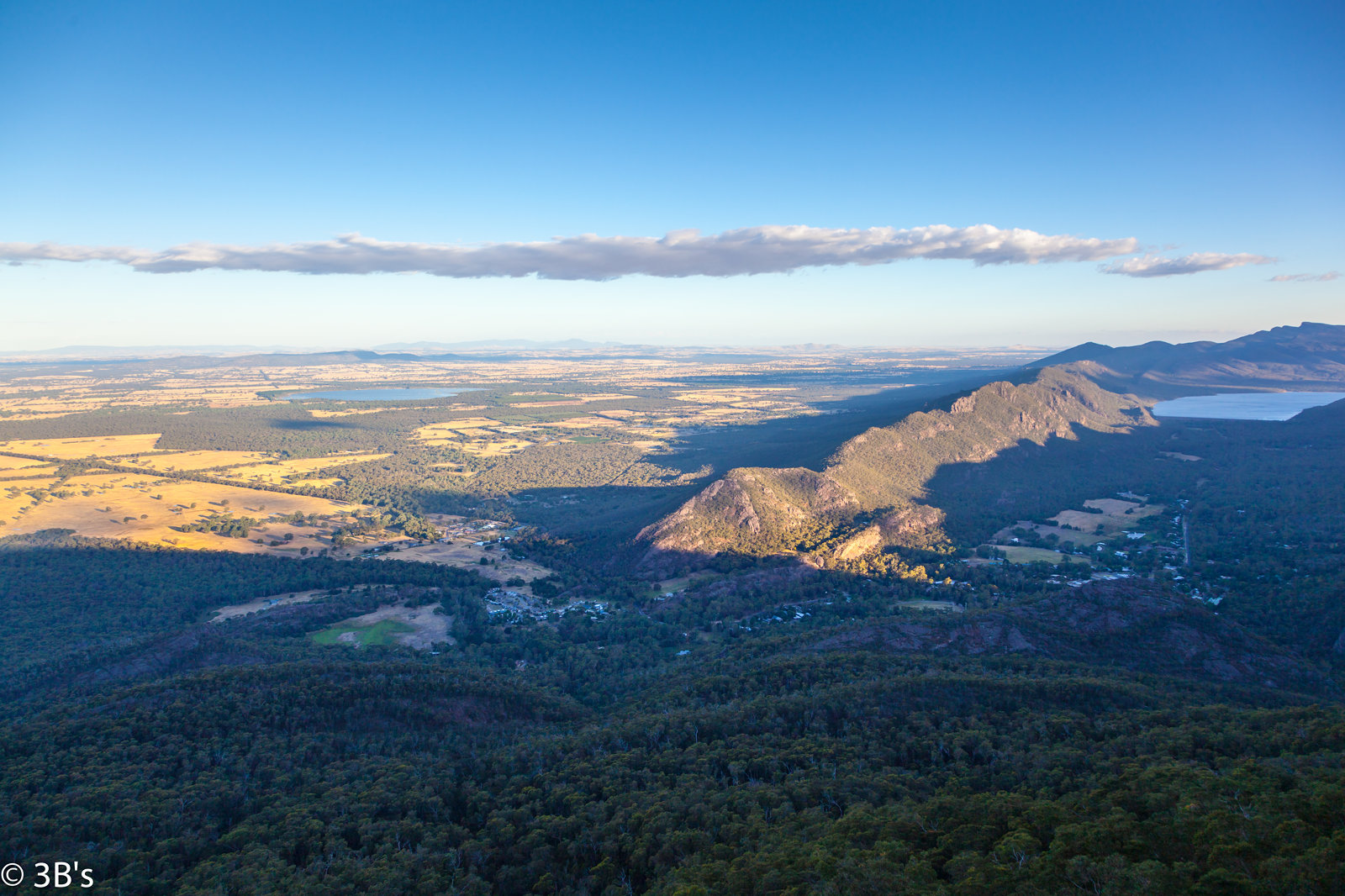 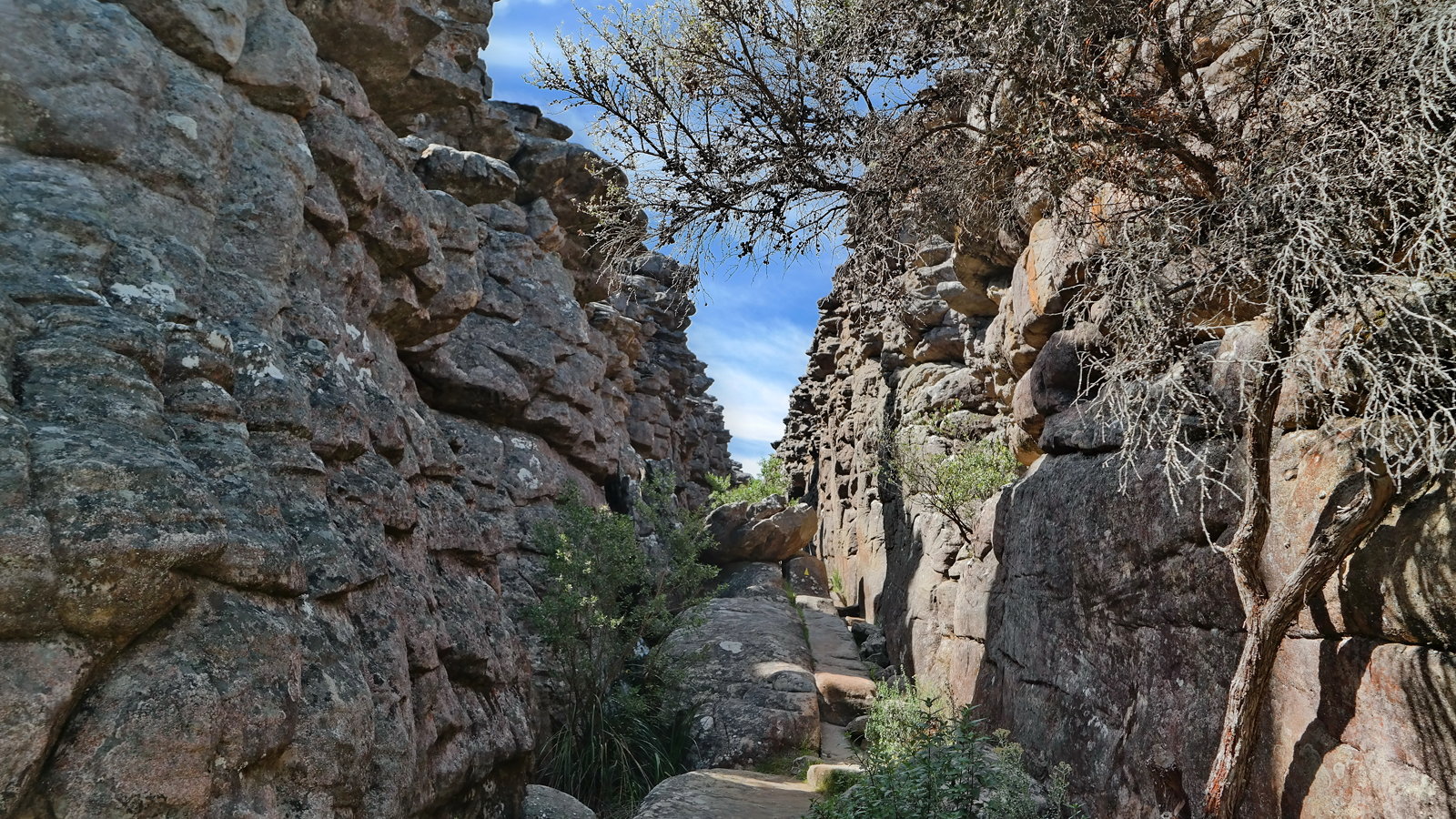 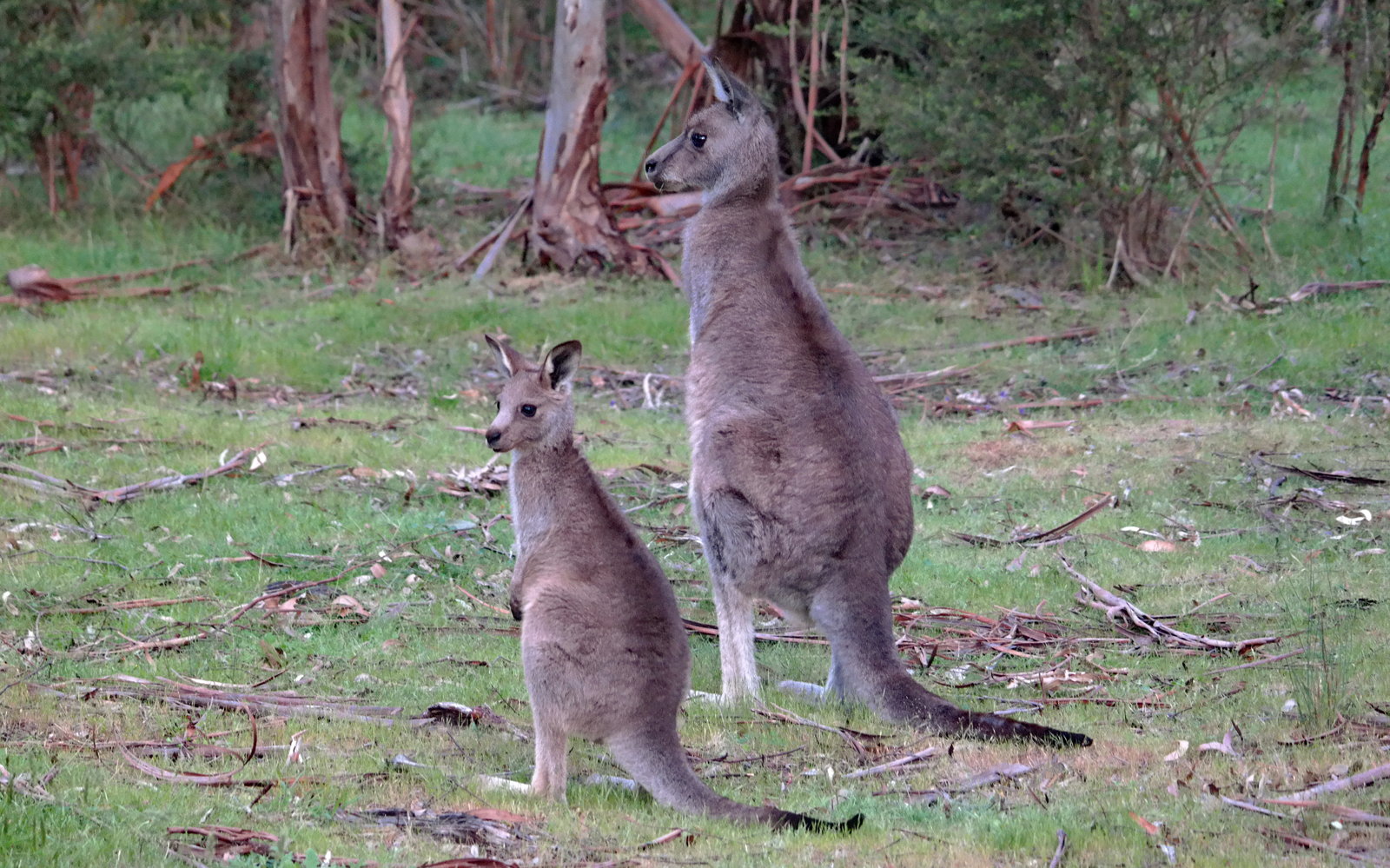 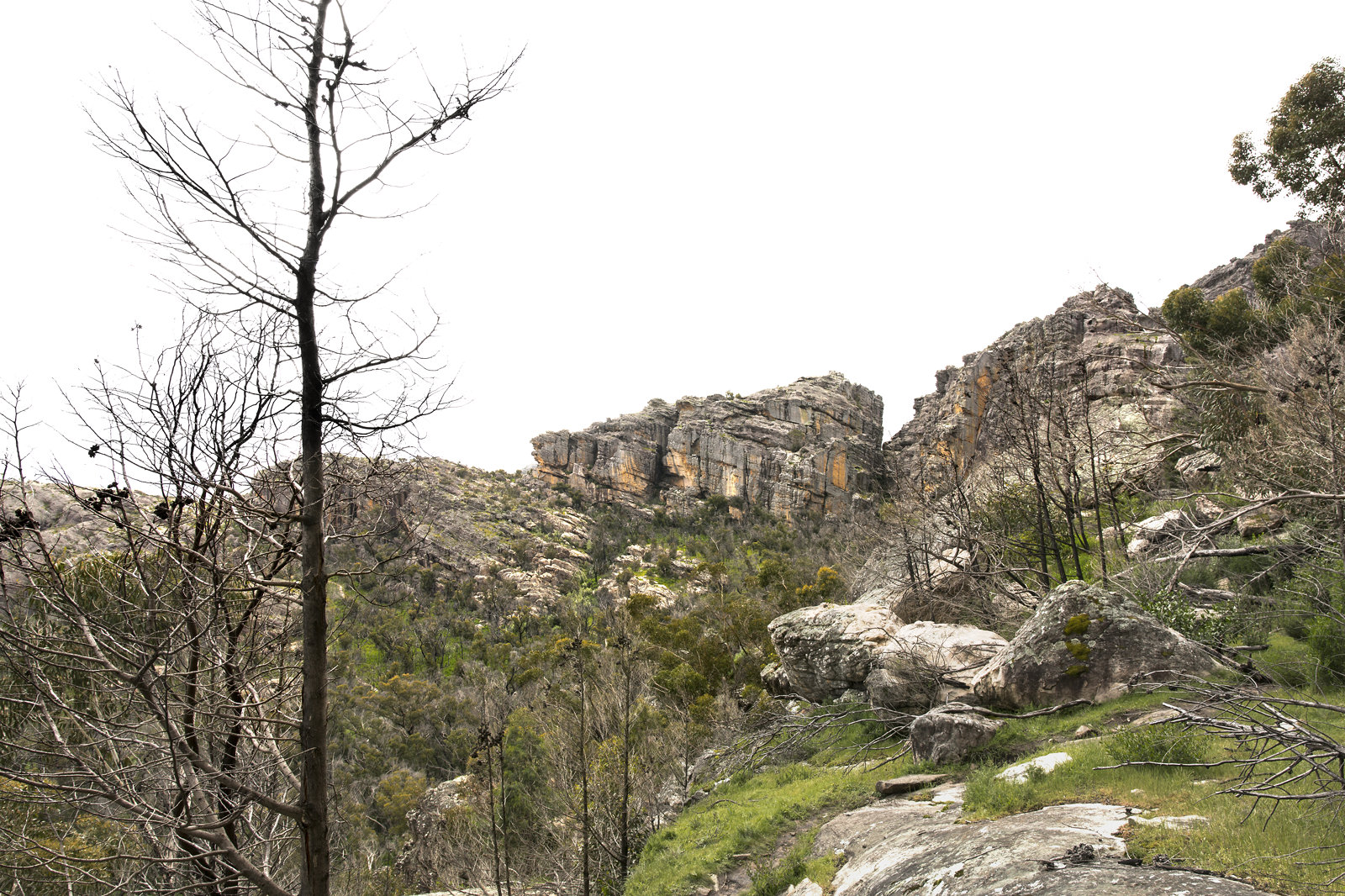 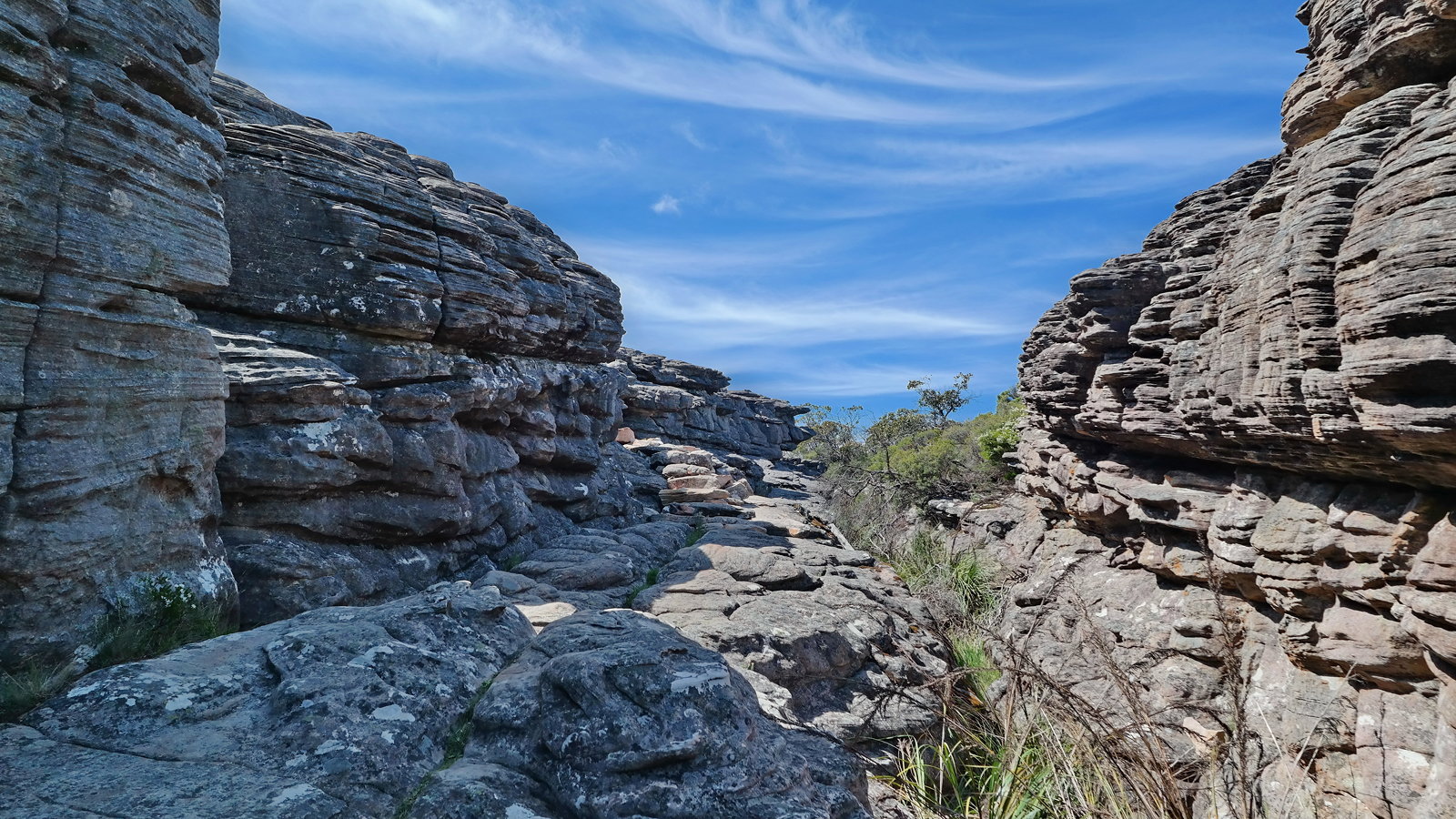 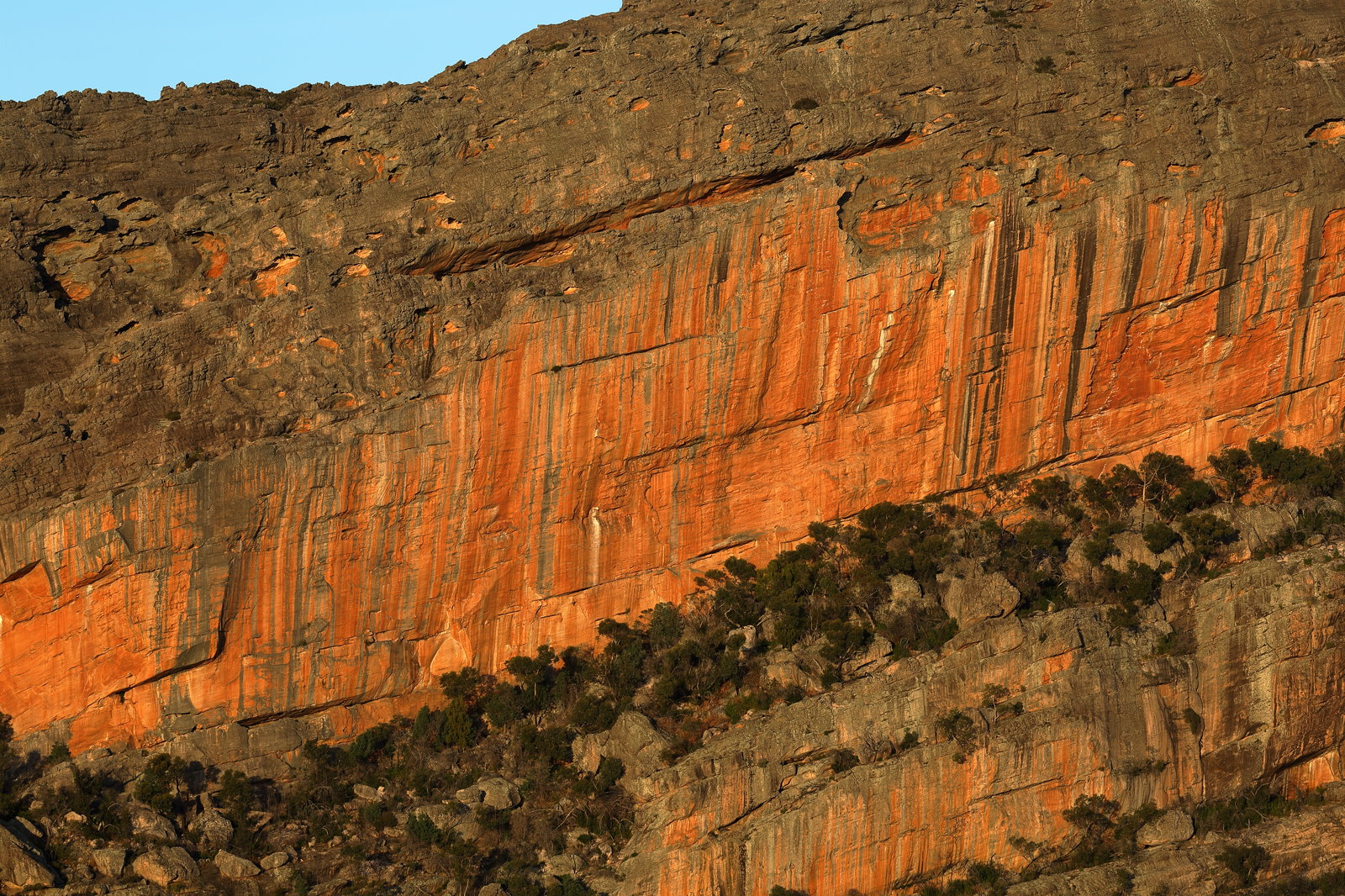 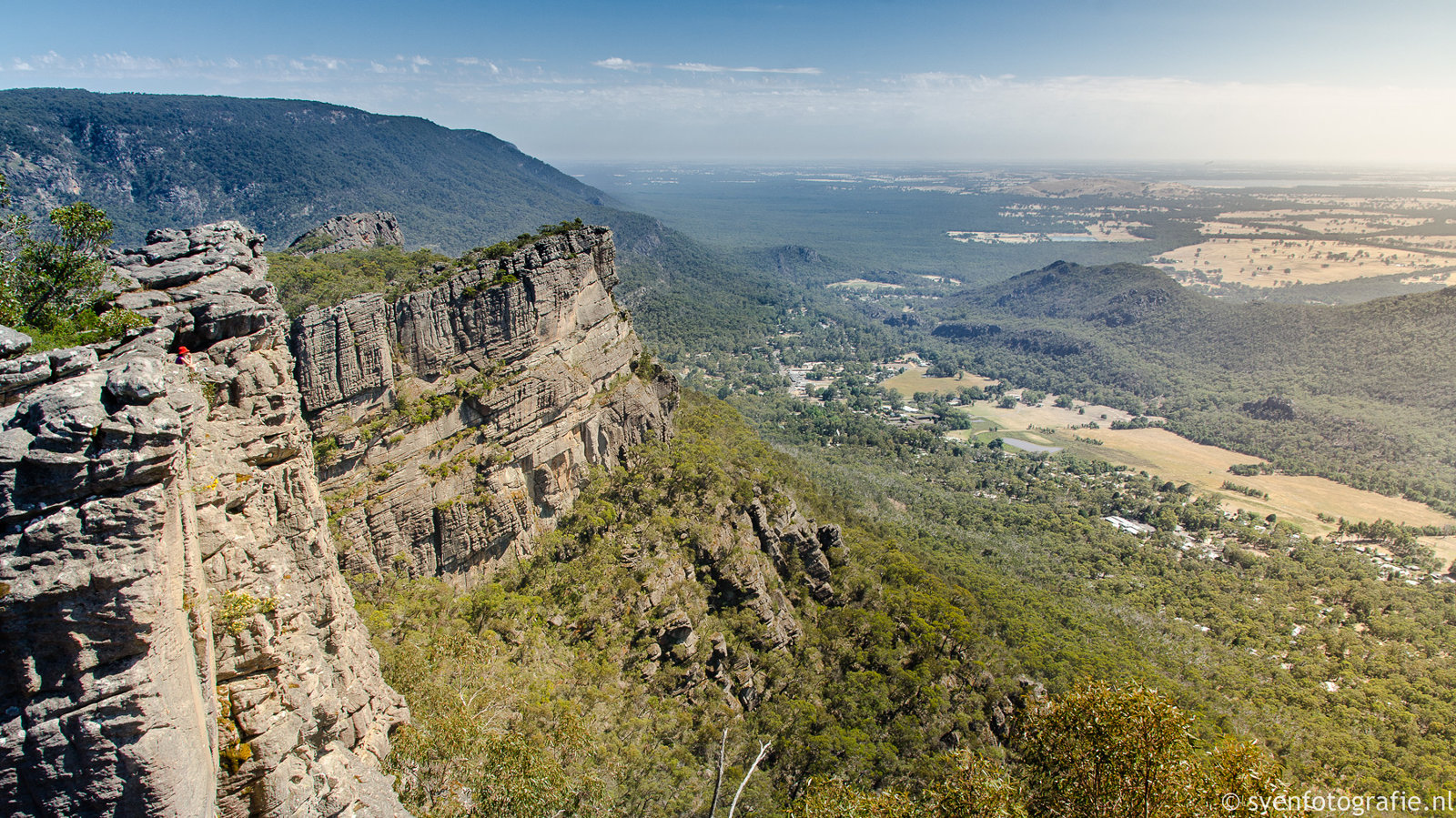 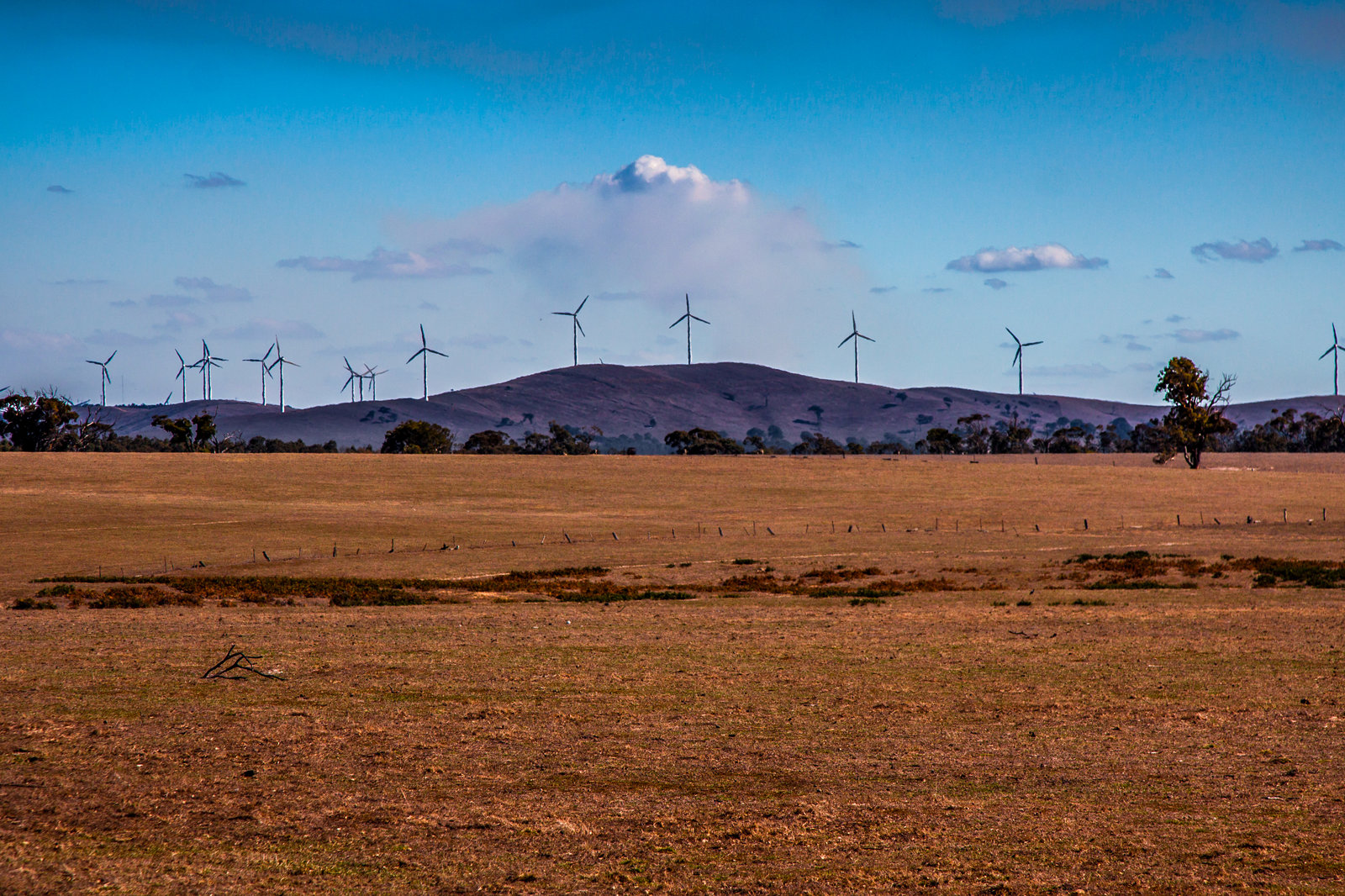 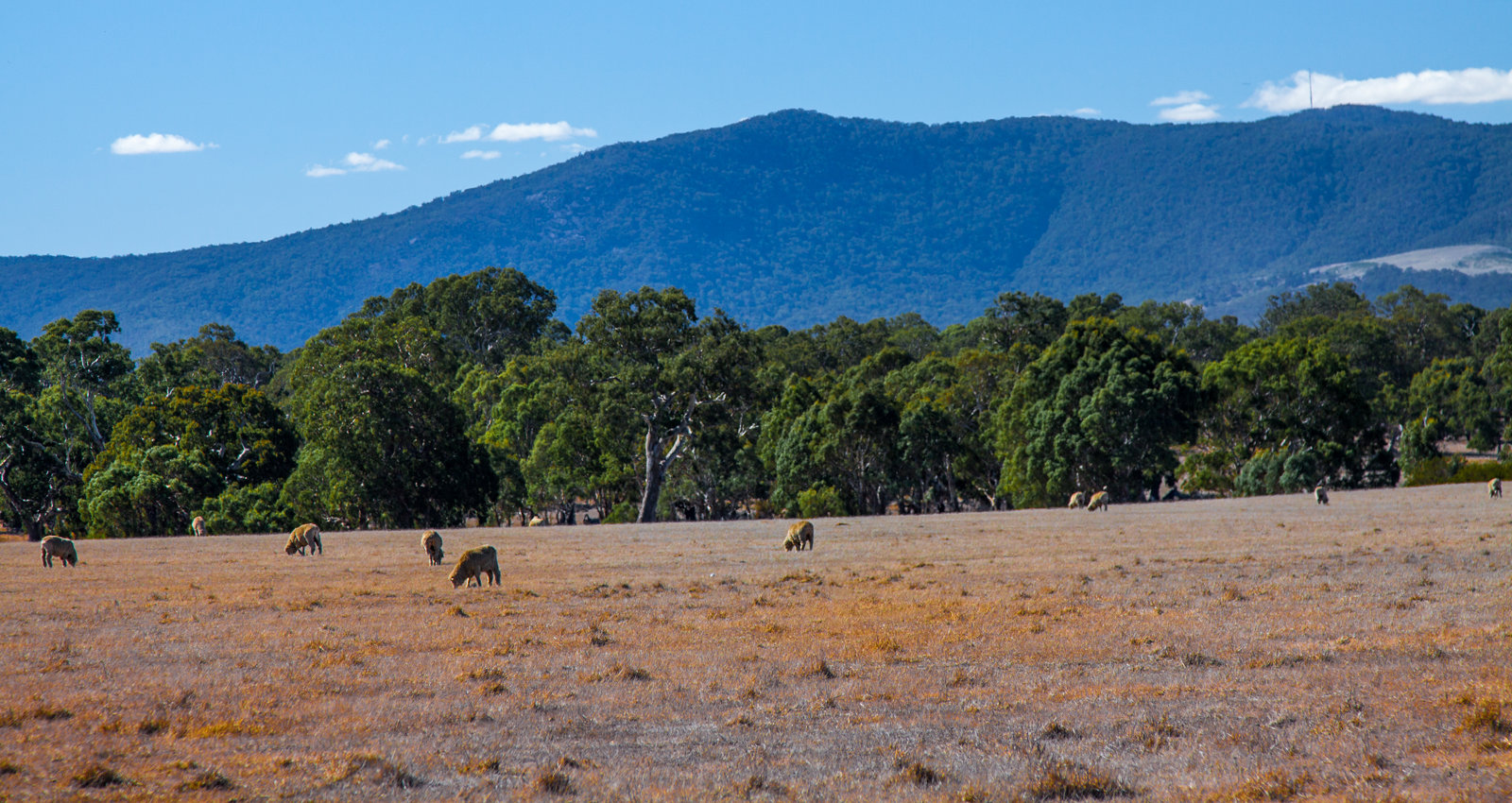 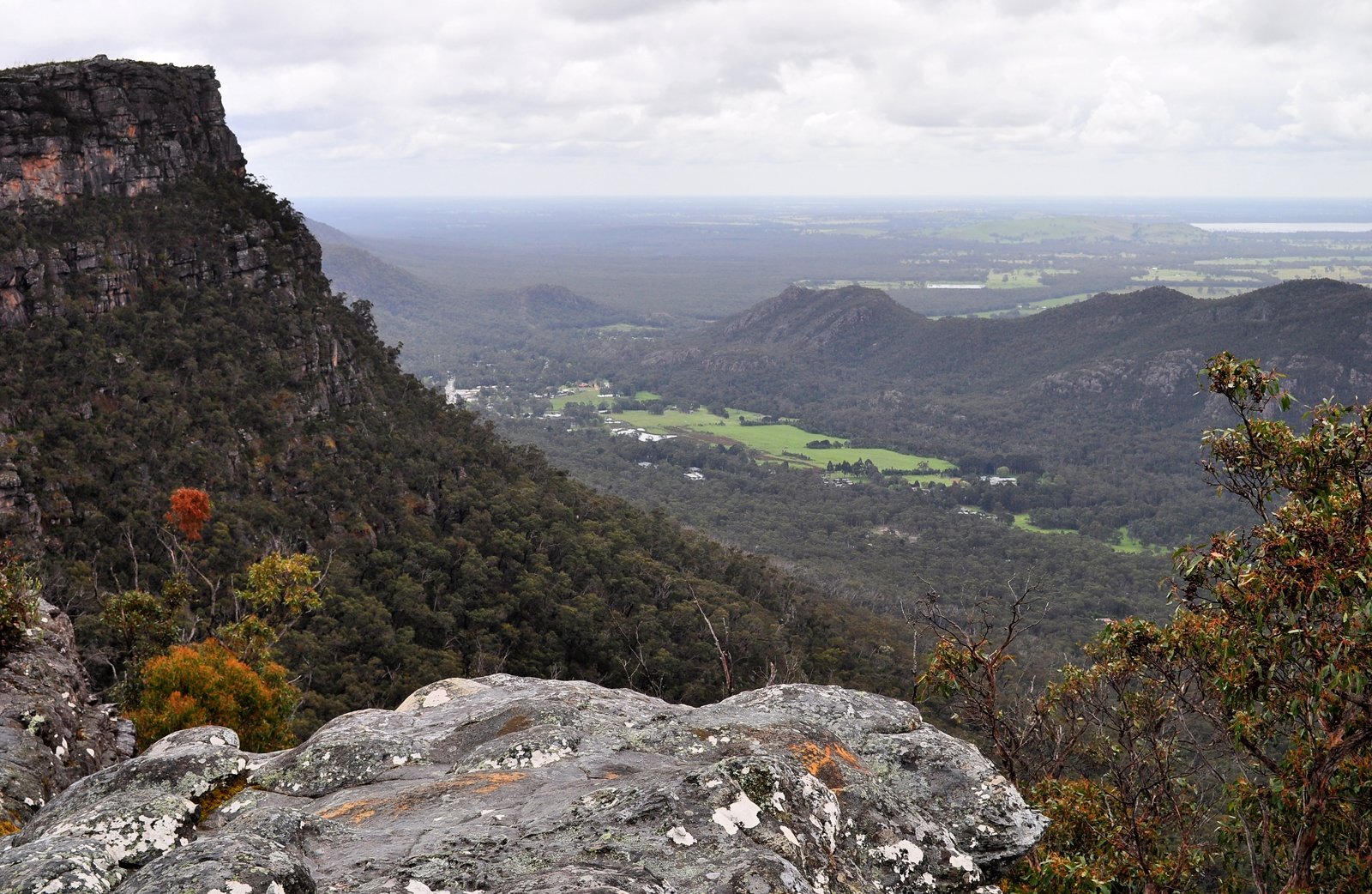 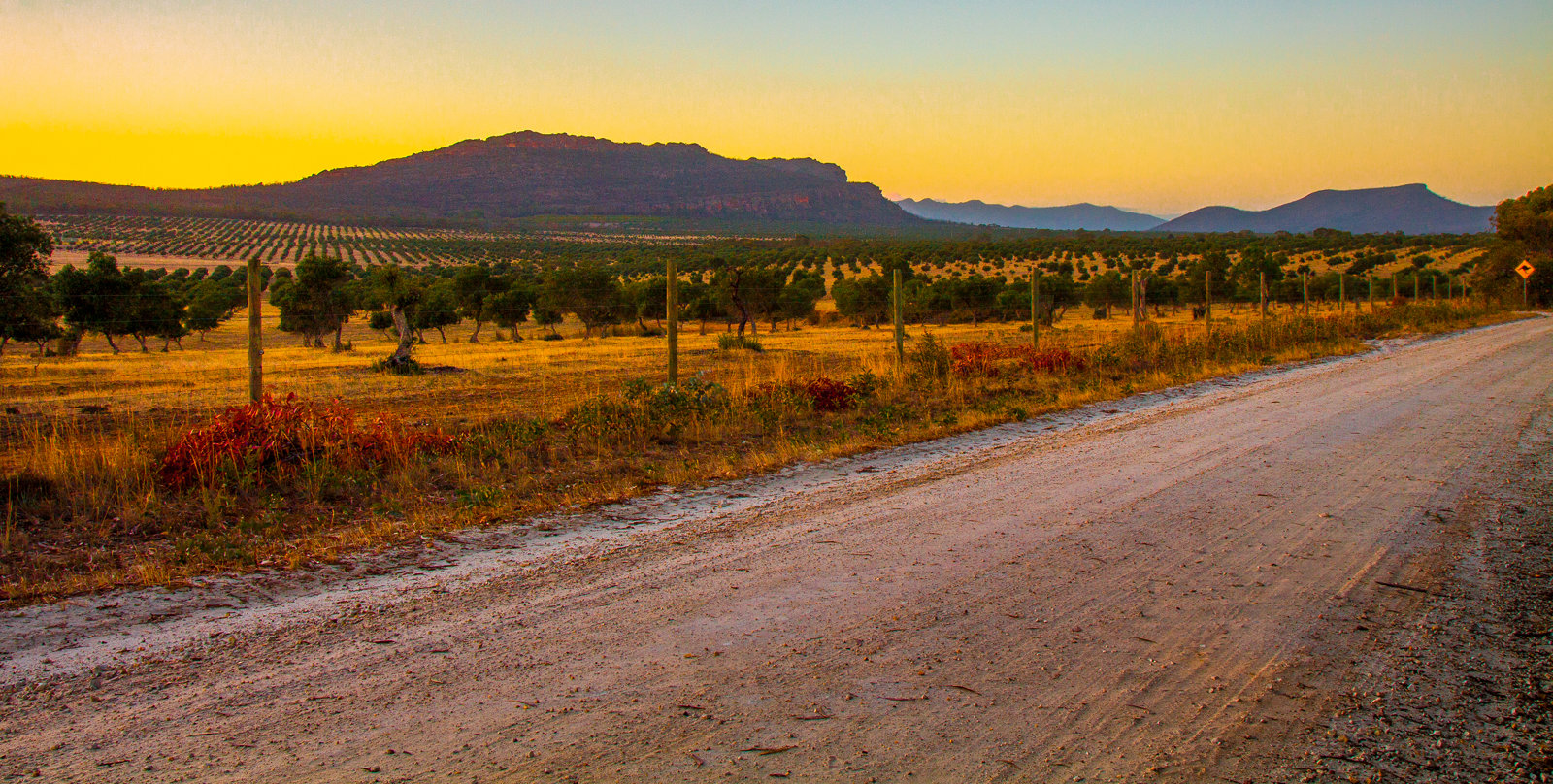 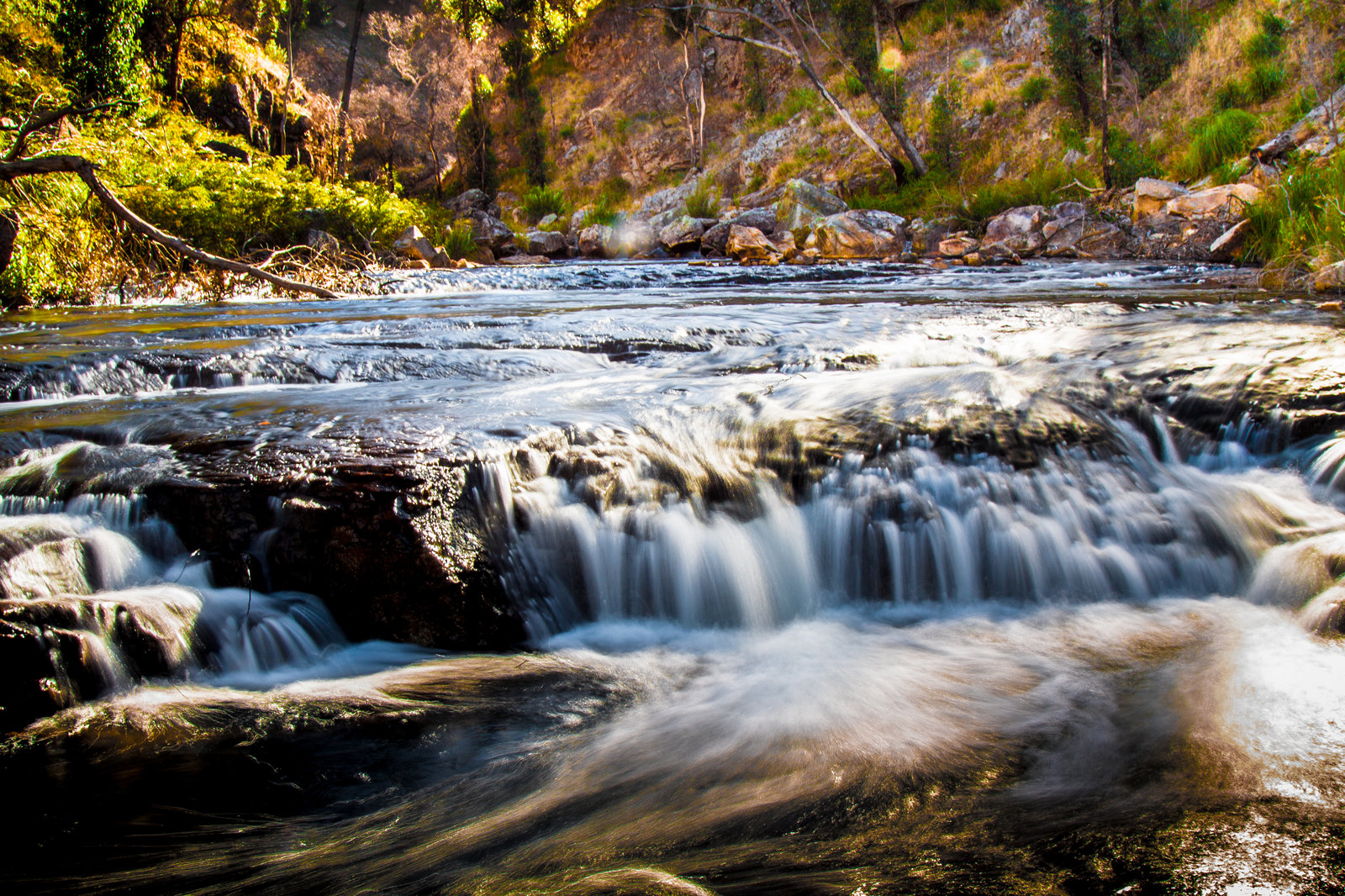 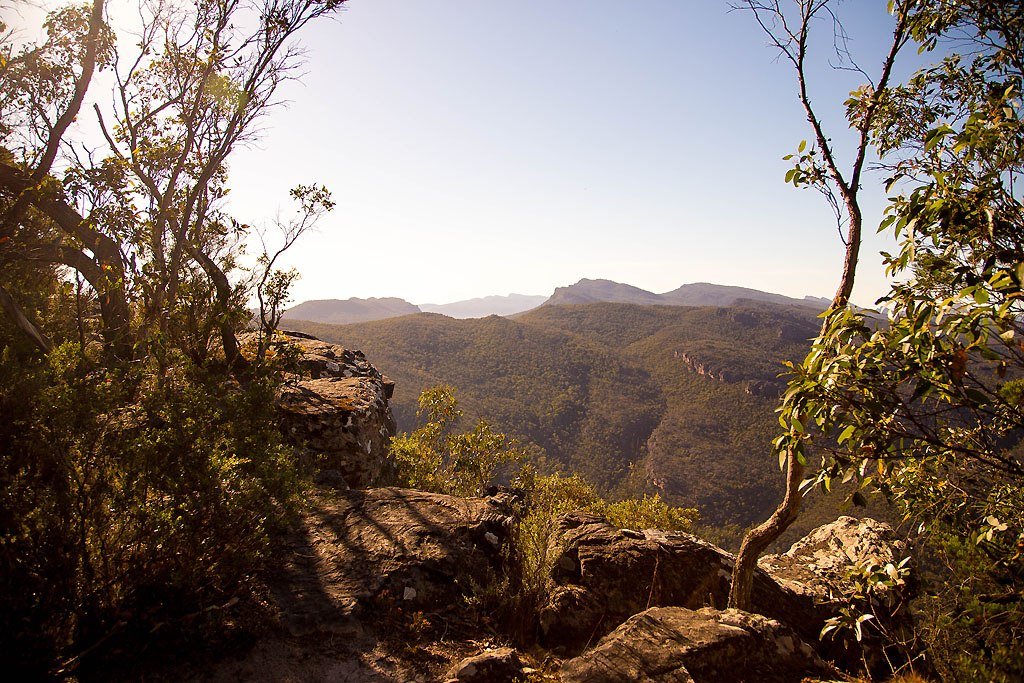 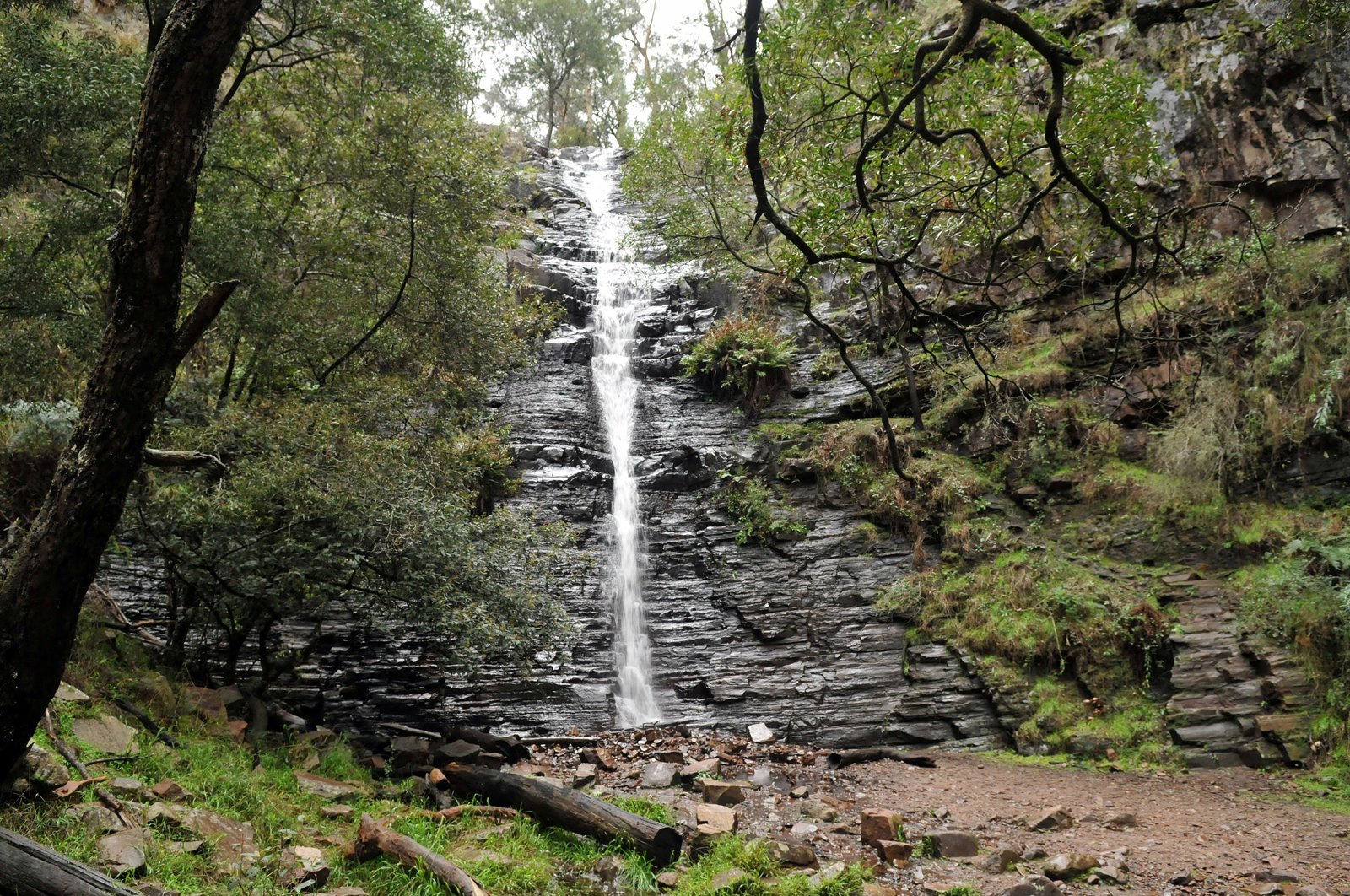 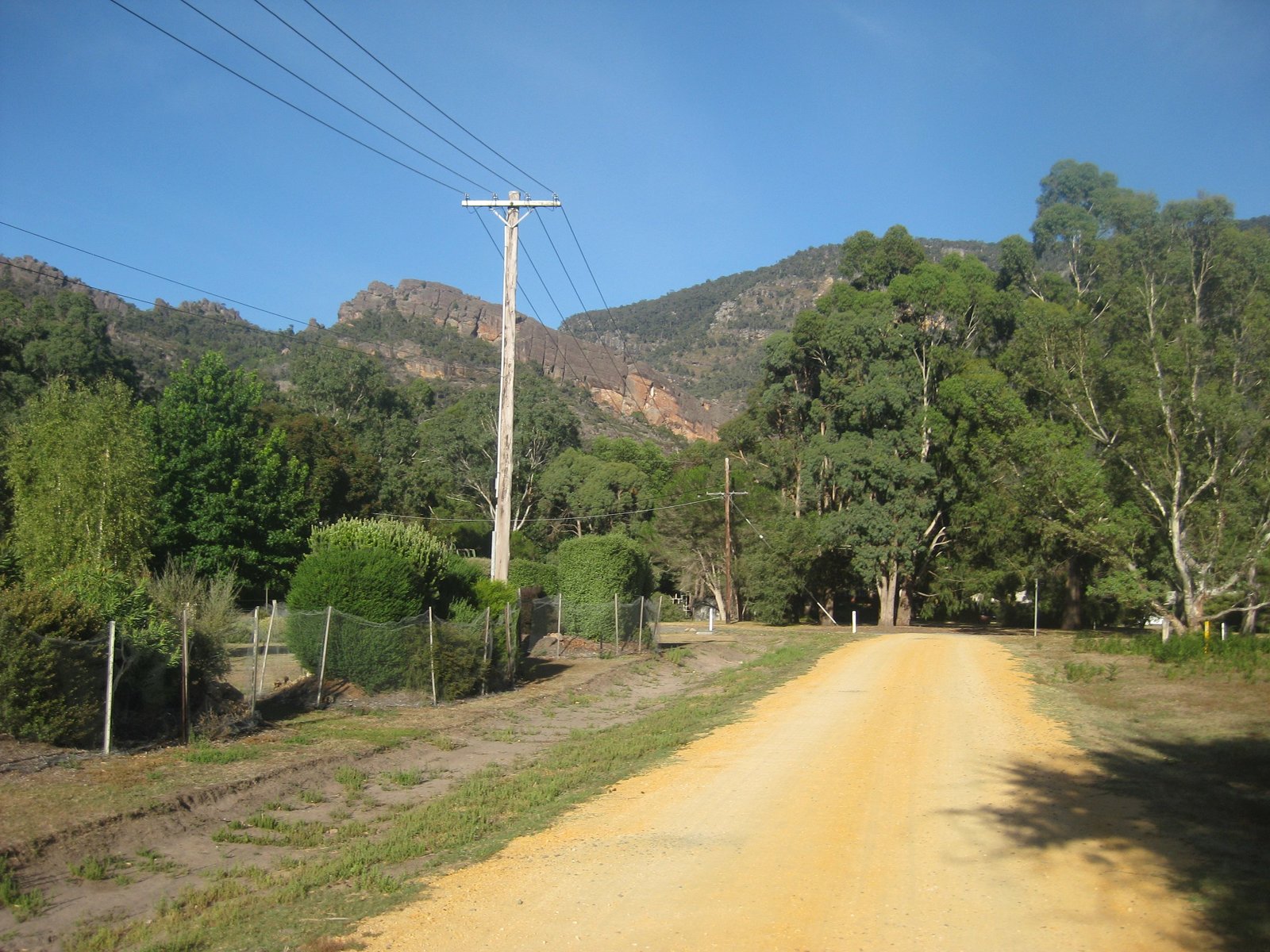 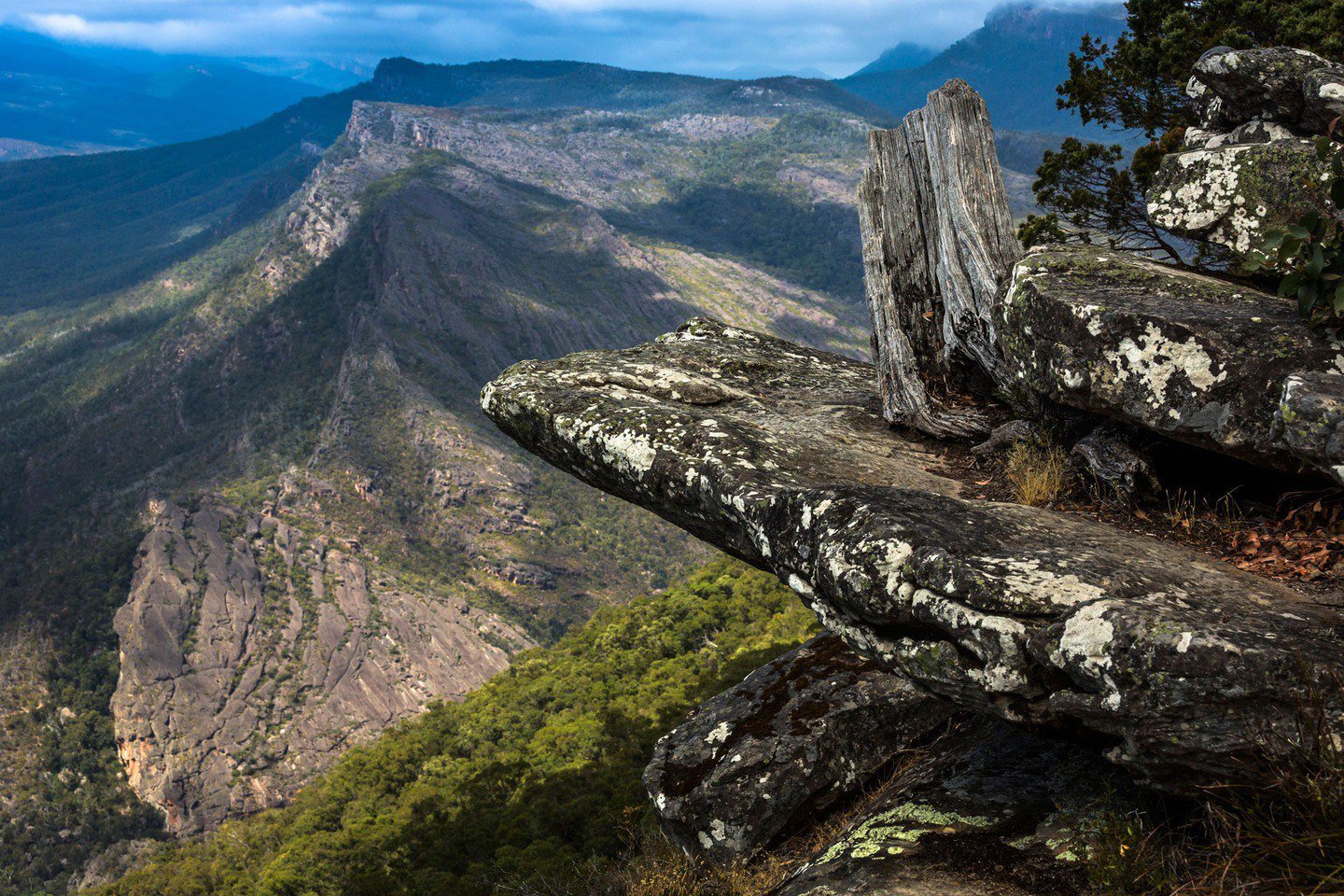 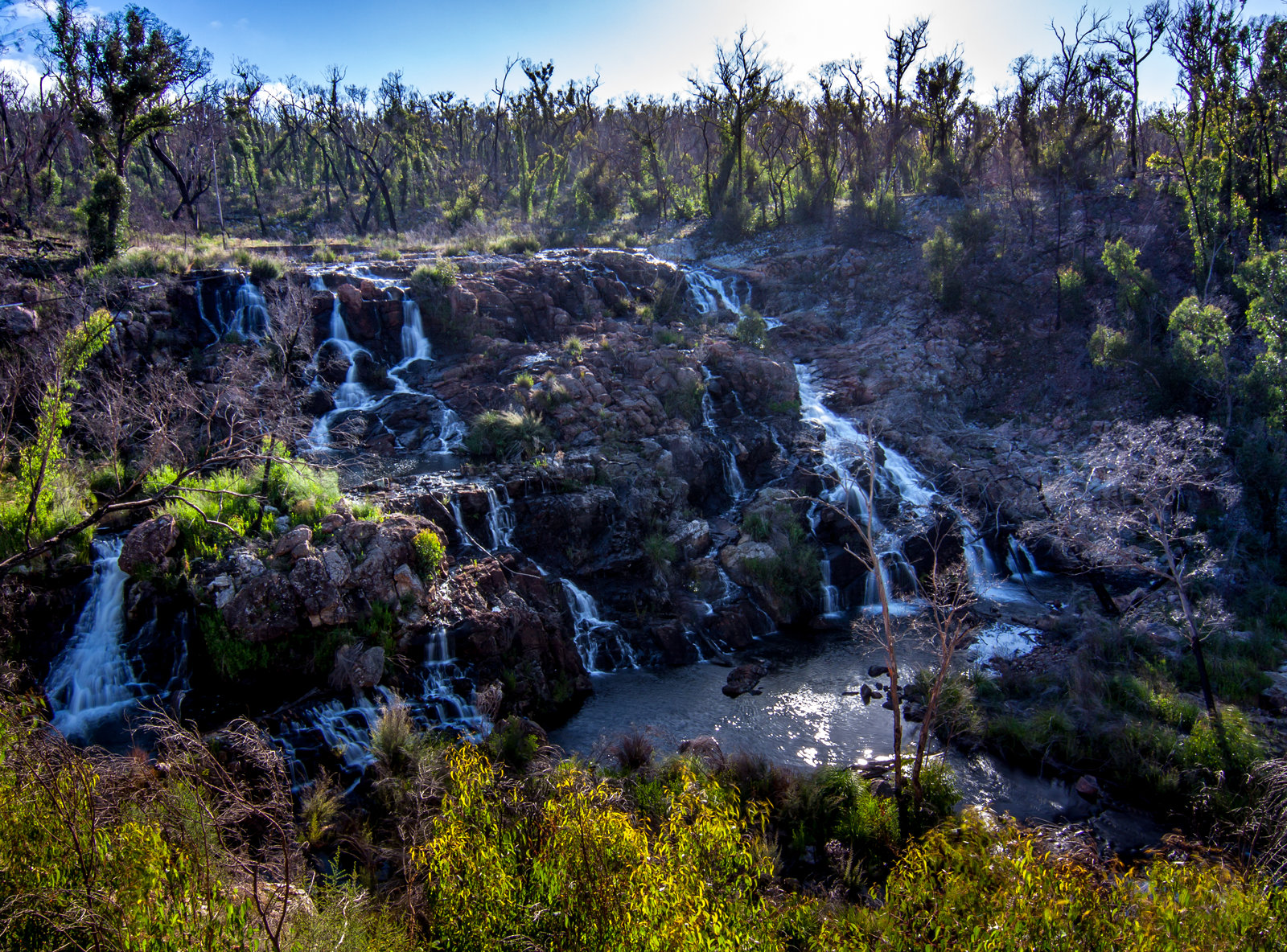 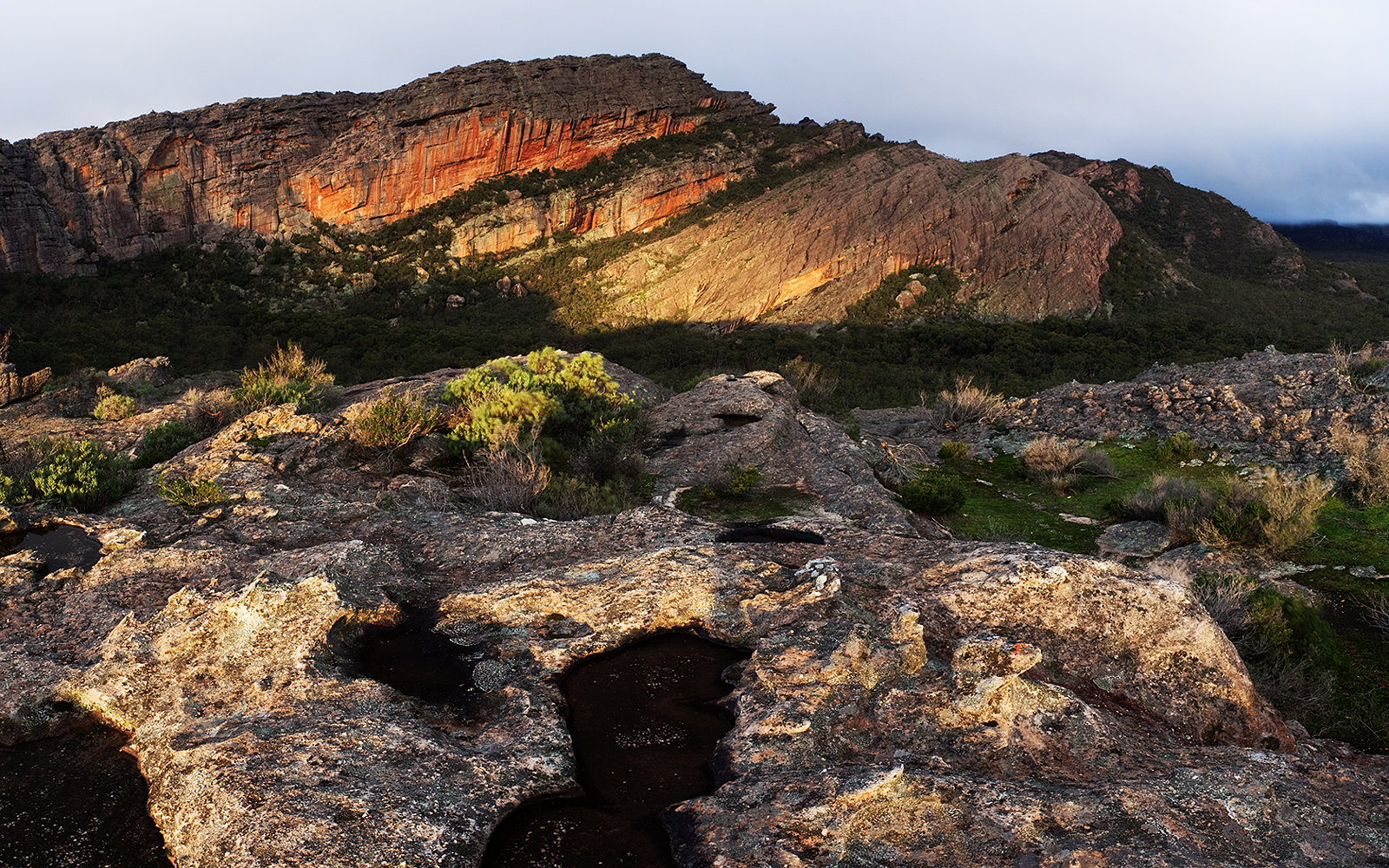