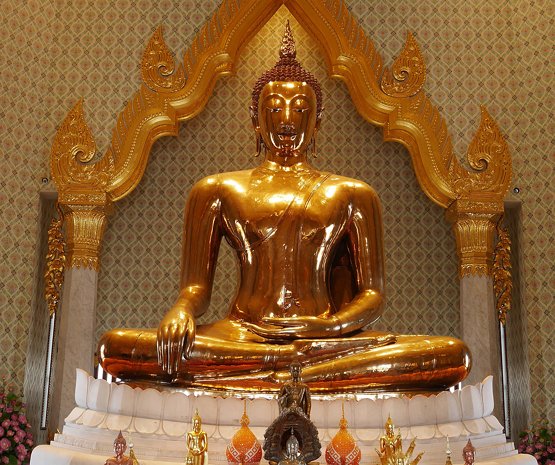 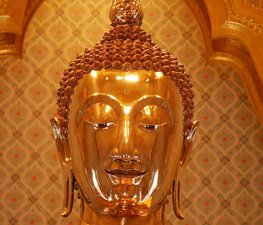 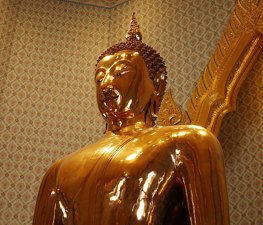 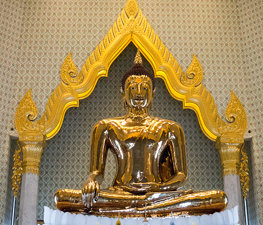 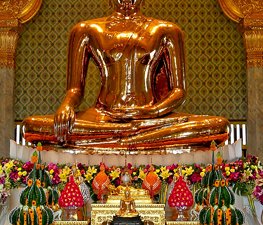 The Golden Buddha, officially titled Phra Phuttha Maha Suwan Patimakon (Thai: พระพุทธมหาสุวรรณปฏิมากร), is the world's biggest solid gold statue. It is located in in the temple of Wat Traimit, Bangkok (district of Samphanthawong, in Chinatown), Thailand.

In the early 1930's, reconstruction works in the banks of the Chao Phraya river near Chinatown required the destruction of an old abandoned temple that housed a gold painted stucco statue of Buddha. Despite the fact that the statue was not so attractive its destruction was not an option, so it was decided to move it to Wat Traimit, a pagoda of minor relevance like other hundreds of Buddhist temples that exist in Bangkok, keeping the statue in Chinatown. The temple didn't have a building big enough to house the statue, so it was kept for 20 years under a simple tin roof.

In 1955 a new building was built and the monks decided to install the statue inside it. A crane was supposed to move the statue carefully, but a cable broke and the statue fell in the mud, an event that was seen as a bad omen by the workers, who ran away from the place, leaving the statue on the soil. It was the rainy season and, as for confirming the bad omen, a terrible storm came and it lasted the whole night, flooding the whole city.

At the dawn of the next day, the abbot of the temple came to evaluate the damage and started removing the mud. He observed that the wet plaster was cracked and under it the statue was made of solid gold.

It is thought that the statue likely came from Ayutthaya and it was disguised under plaster to avoid the greed of the Burmese who were besieging the city. After being moved to Bangkok, its true composition was forgotten for almost 200 years.

It is thought to have been made during the Sukhothai period, in the 13th century and it was in an Ayutthaya temple until mid 19th century. It's provenance from Ayutthaya excludes the possibility of having been made after about 1750.

The Buddha is represented in the traditional pose of Bhumisparshamudra (touch the earth with the right hand to witness Shakyamuni Buddha's enlightenment at Bodh Gaya). The original statues of Sukhothai sit on a common pedestal. The flame that crowns the protuberance skull (ushnisha) is an innovation of Sukhothai that symbolises the splendour of spiritual energy. The line of the hairdressing shapes a "V" in the root of the hairs, underlined by the elegant curve of the eyebrows that join above the aquiline nose shaped like a parrot's beak, all according to the prescribed rules. The three wrinkles in the neck and the much elongated ear lobes, sign of his former status of prince, also make part of the code, as do the wide shoulders and the chest inflated with inspiration.

Robert P.
Golden Buddha is the world's largest solid gold statue, weights 5,5 tones. It is located in the temple of Wat Traimit. The entrance fee for the exhibition is 100 Bahts, and to see the statue 40 Bahts.

ThaiTourismGuide
Bangkok landmark tour brings you to the most must visit place in Bangkok : Wat Trimitr, the temple of the Golden Buddha - the statue of Buddha, Wat Pho, the Reclining Buddha, Wat Benchamabopit

Simple Discoveries
Closes at 5pm, so get here early. The outside architecture is still very impressive. Easy walk from the Hua Lamphong BTS station or Bangkok Railway Station.

Kenny Vermeulen
It'll cost you 40baht to see the statue. In return you get to see the biggest Buddha in the world and according to Guinness Book of Records the single most expensive object. Worth it.

Jesse Johnston
The Golden Buddha itself is impressive, but the monument and grounds are a bit boring and the staff all appear to be more interested in pushing souvenirs than explaining the historical significance.
Load more comments
foursquare.com
8.8/10
EnMork and 51,491 more people have been here
I've been here
Add to wishlist

Suphachalasai Stadium, also known as the National Stadium, is a 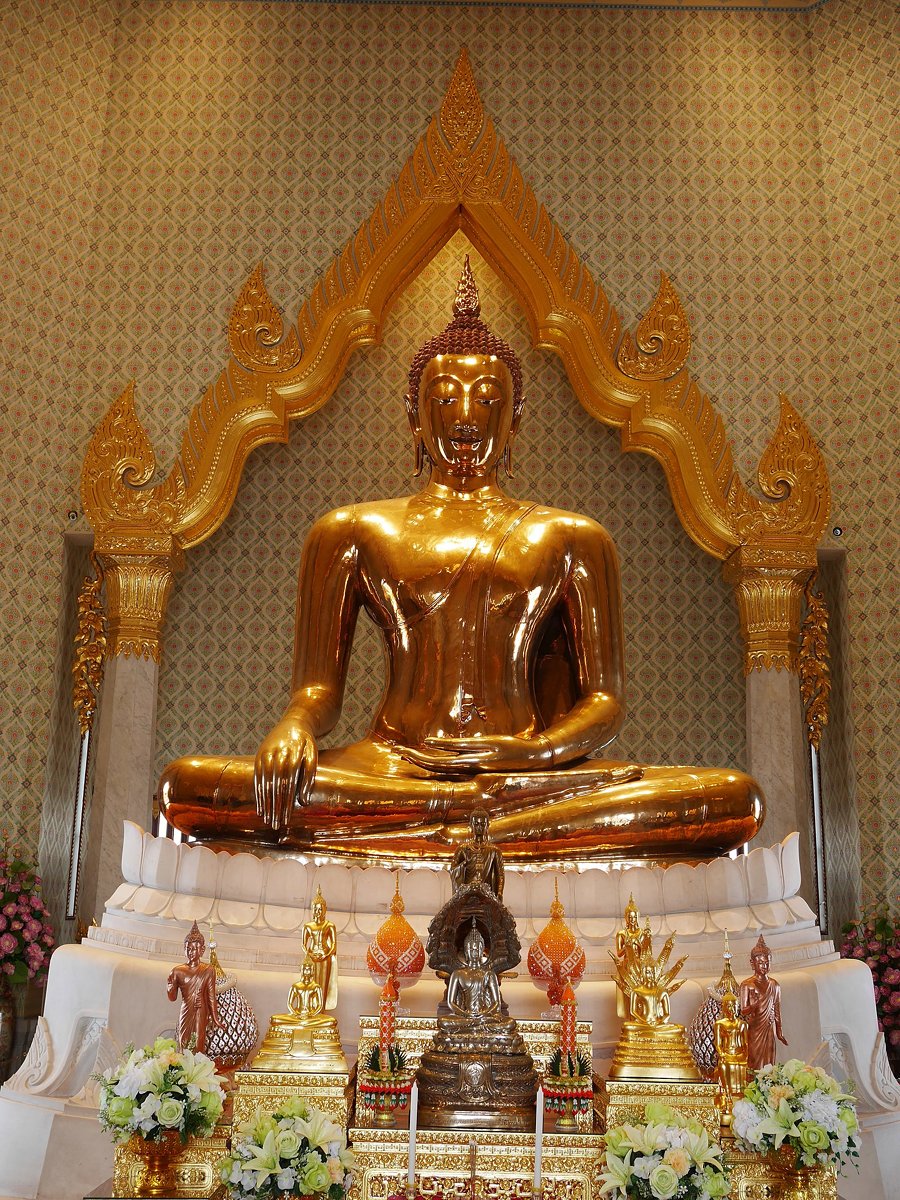 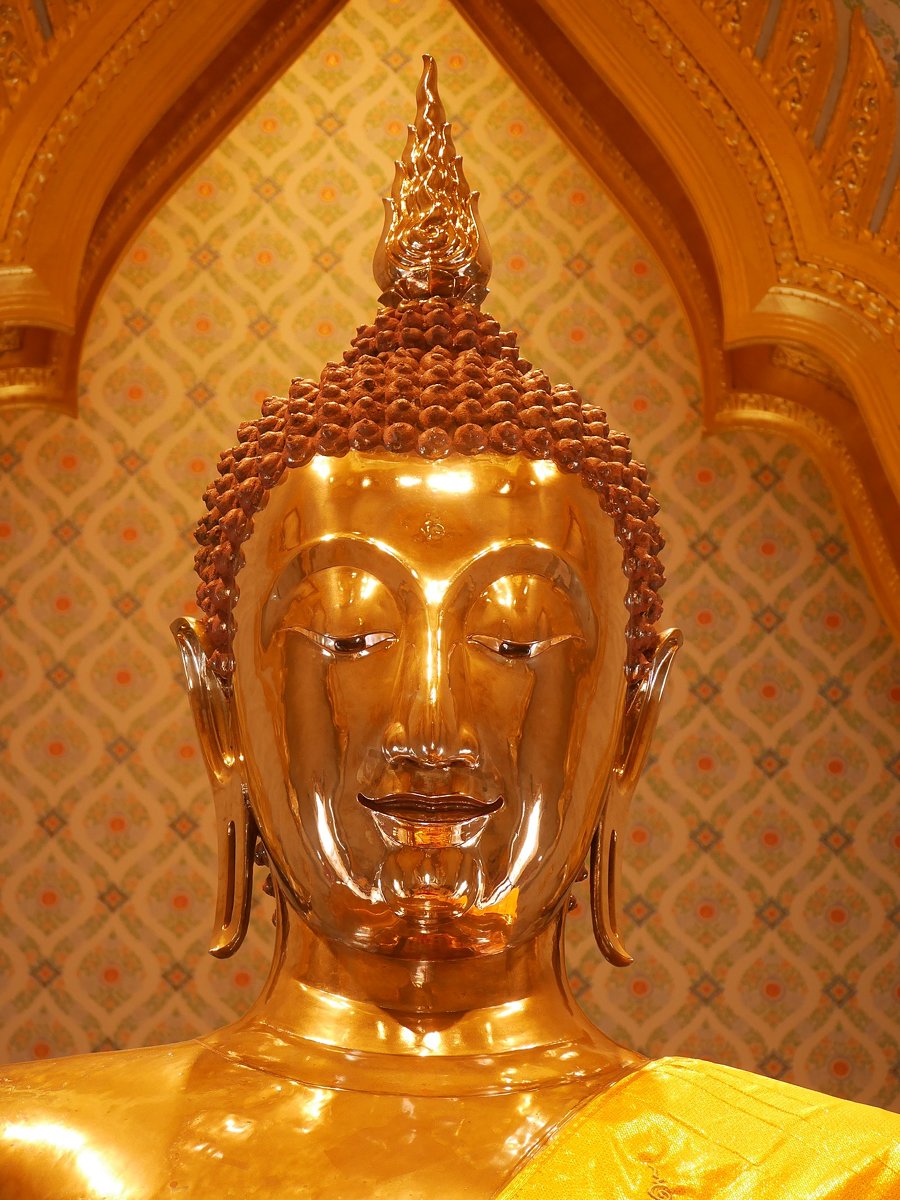 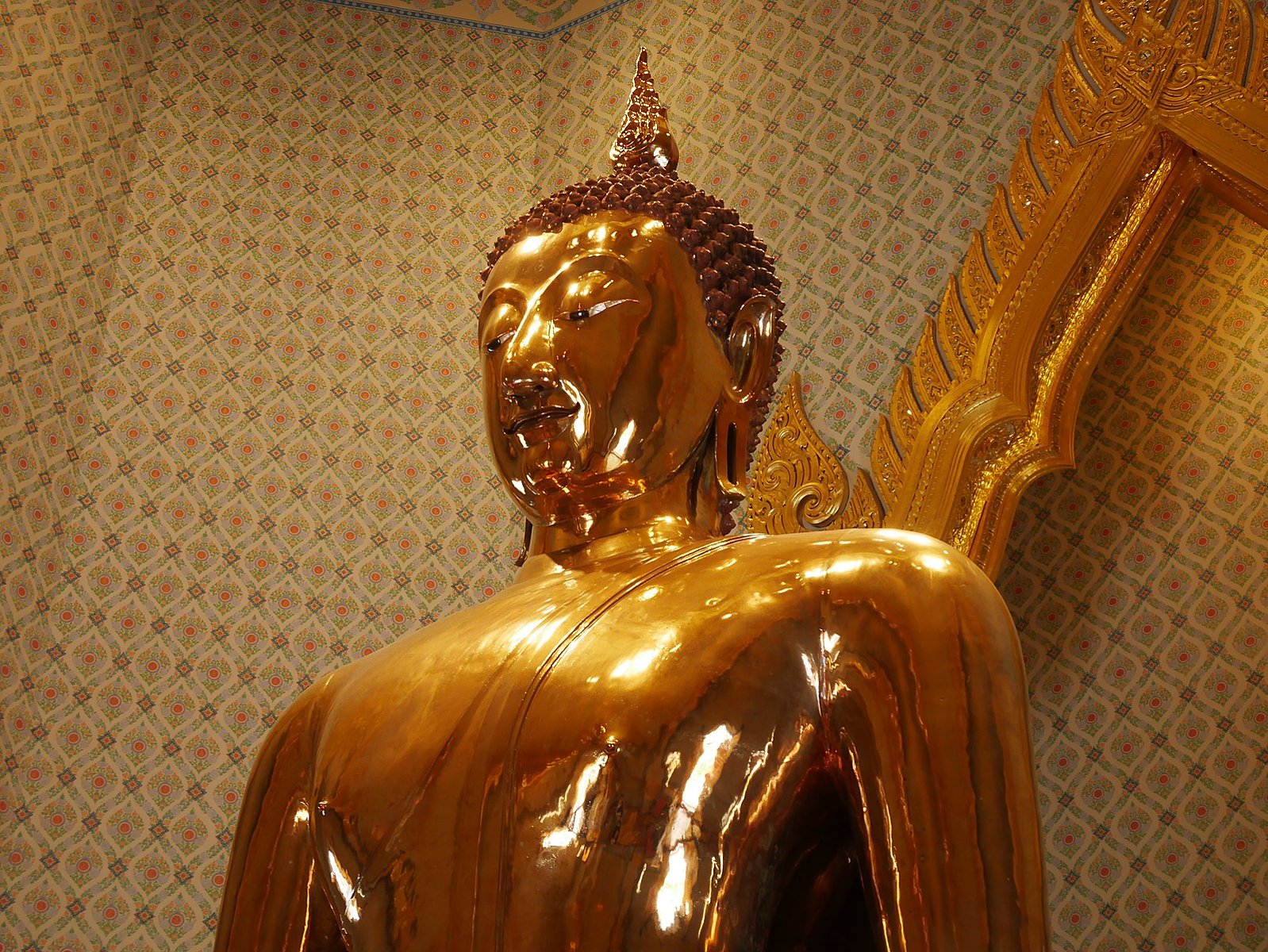 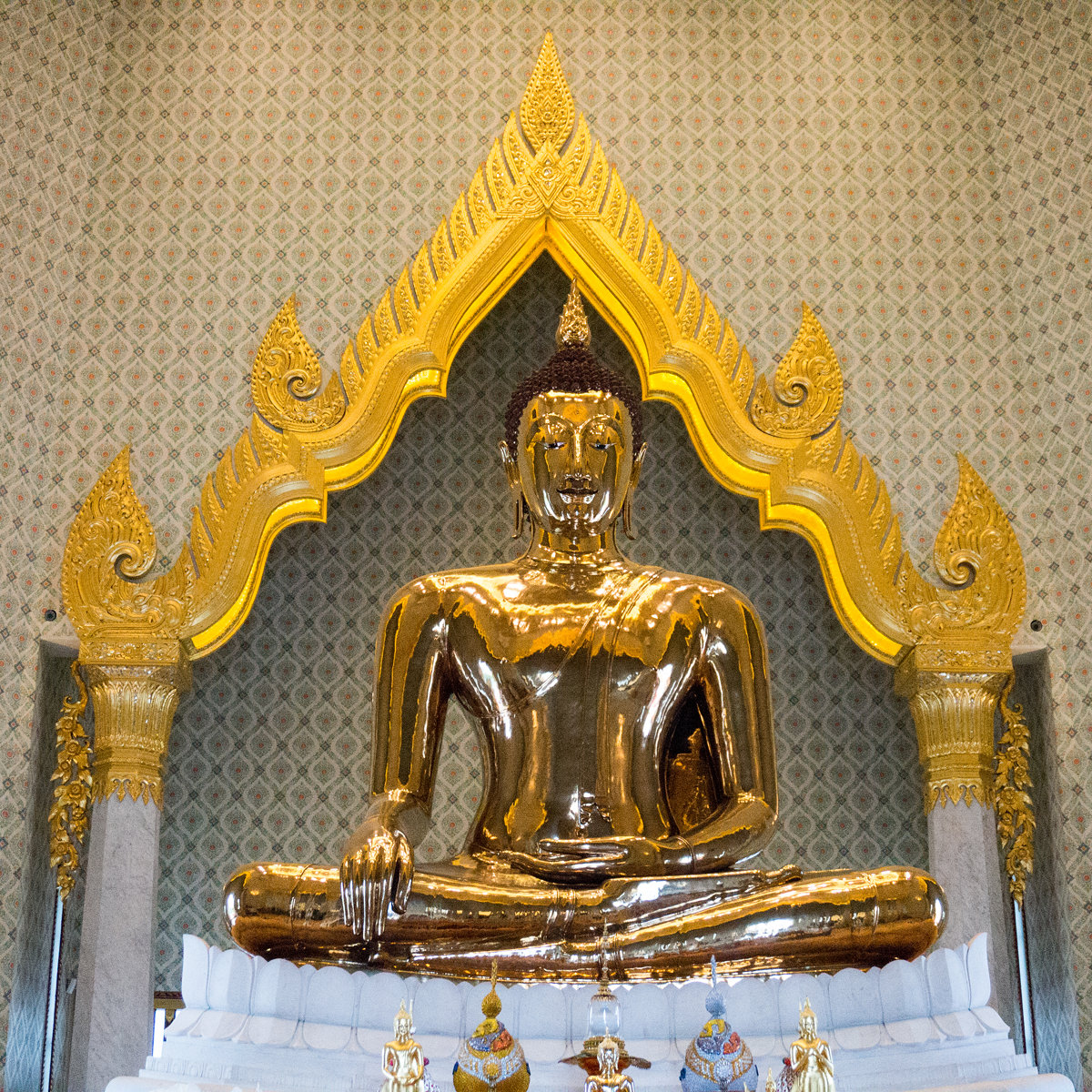 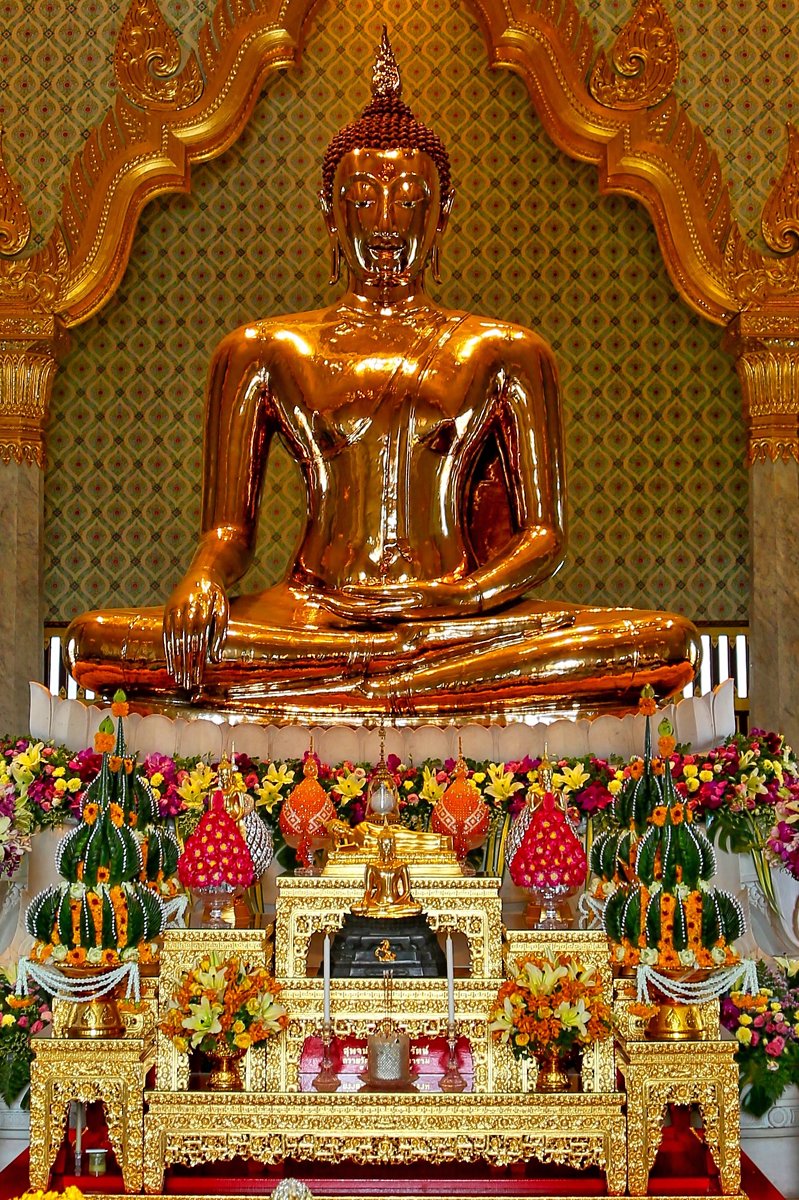 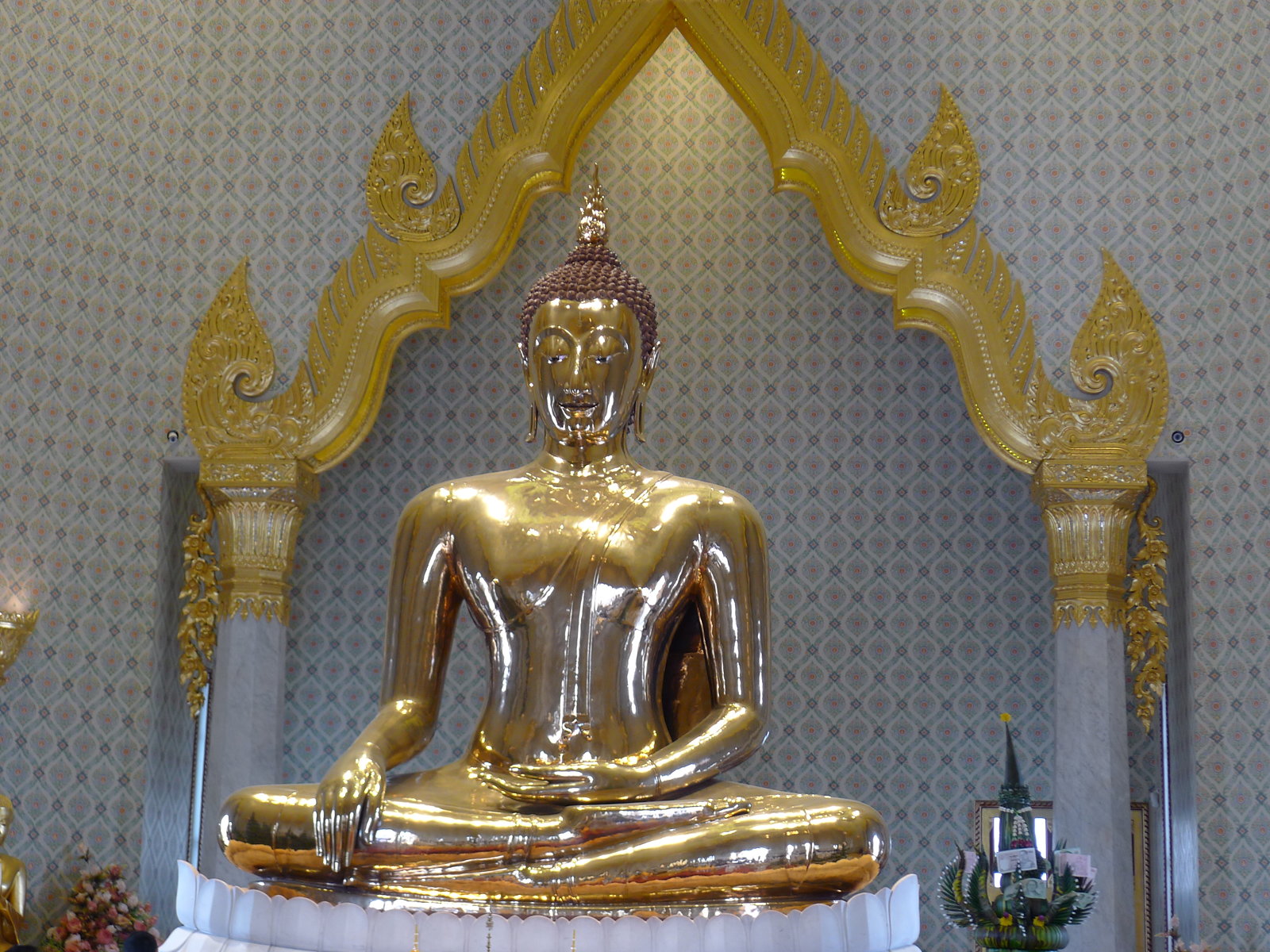 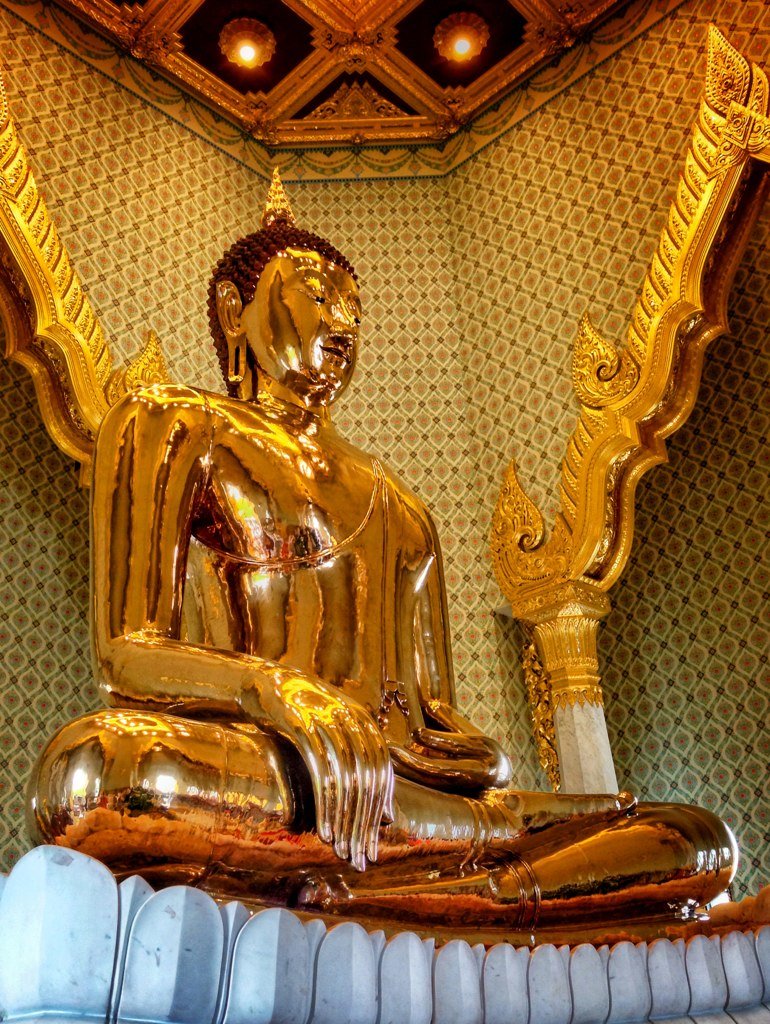 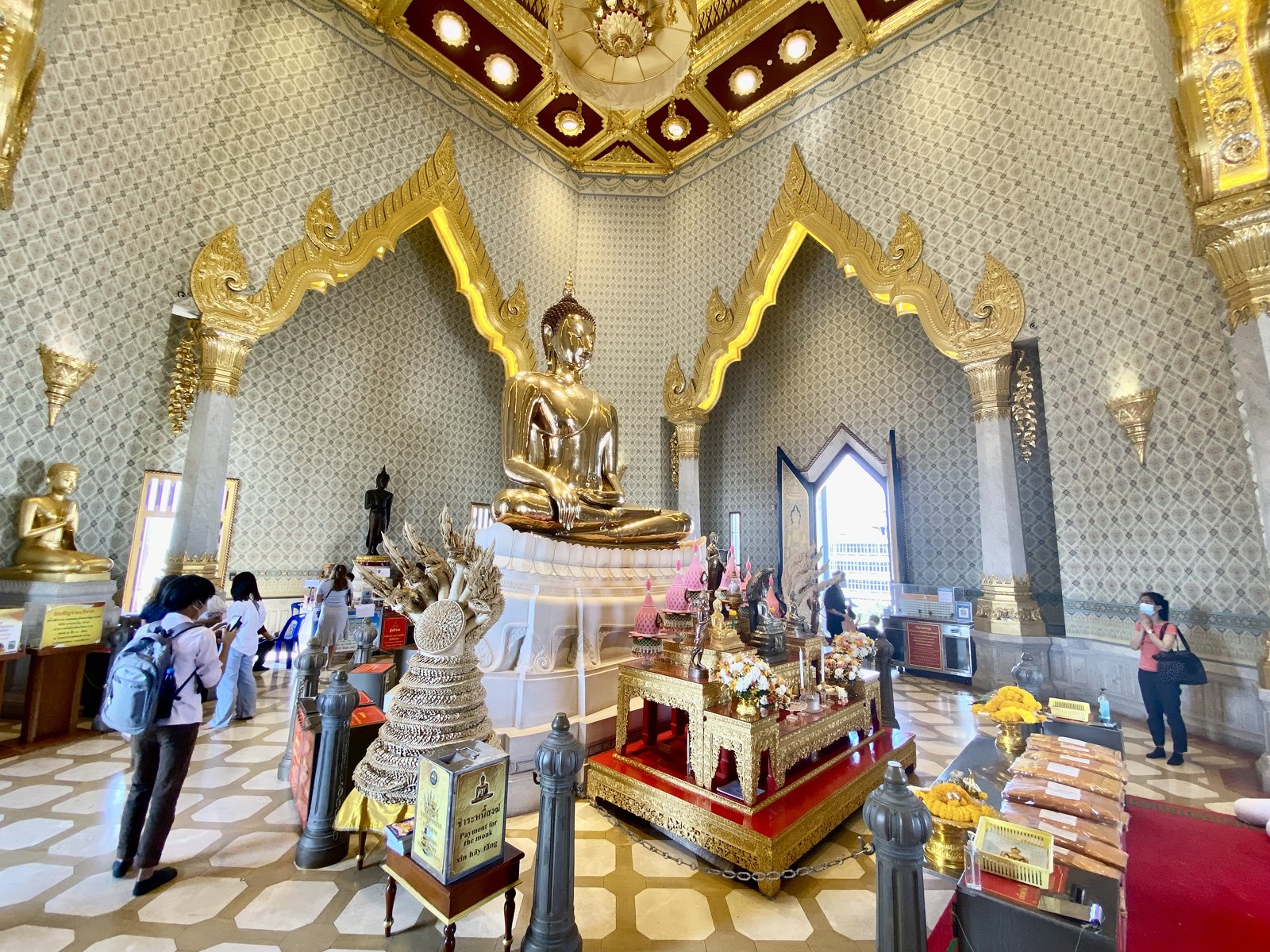 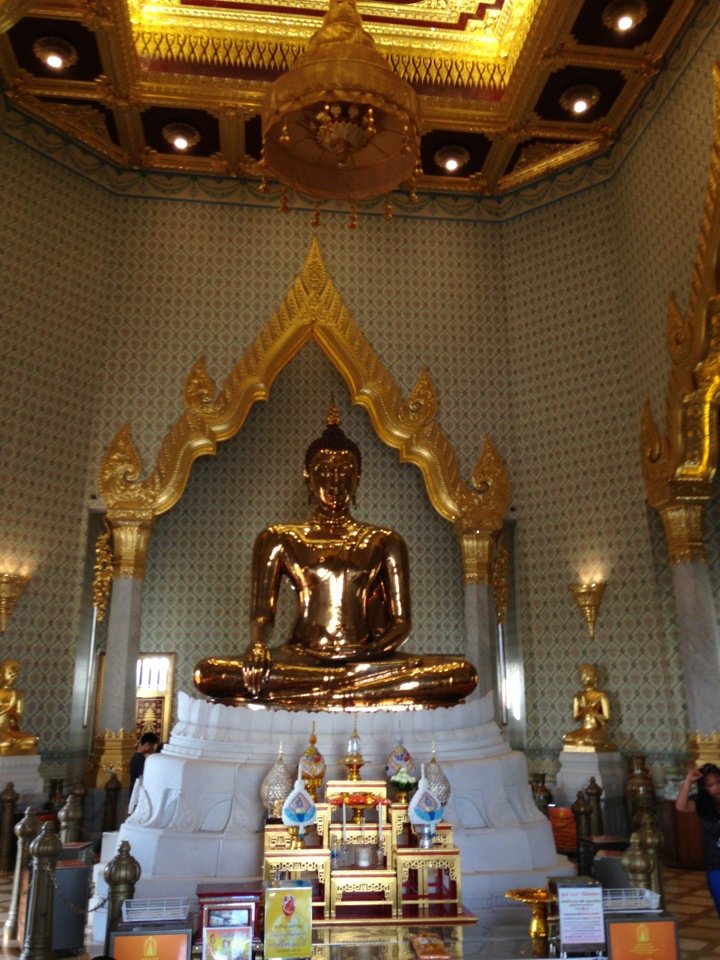 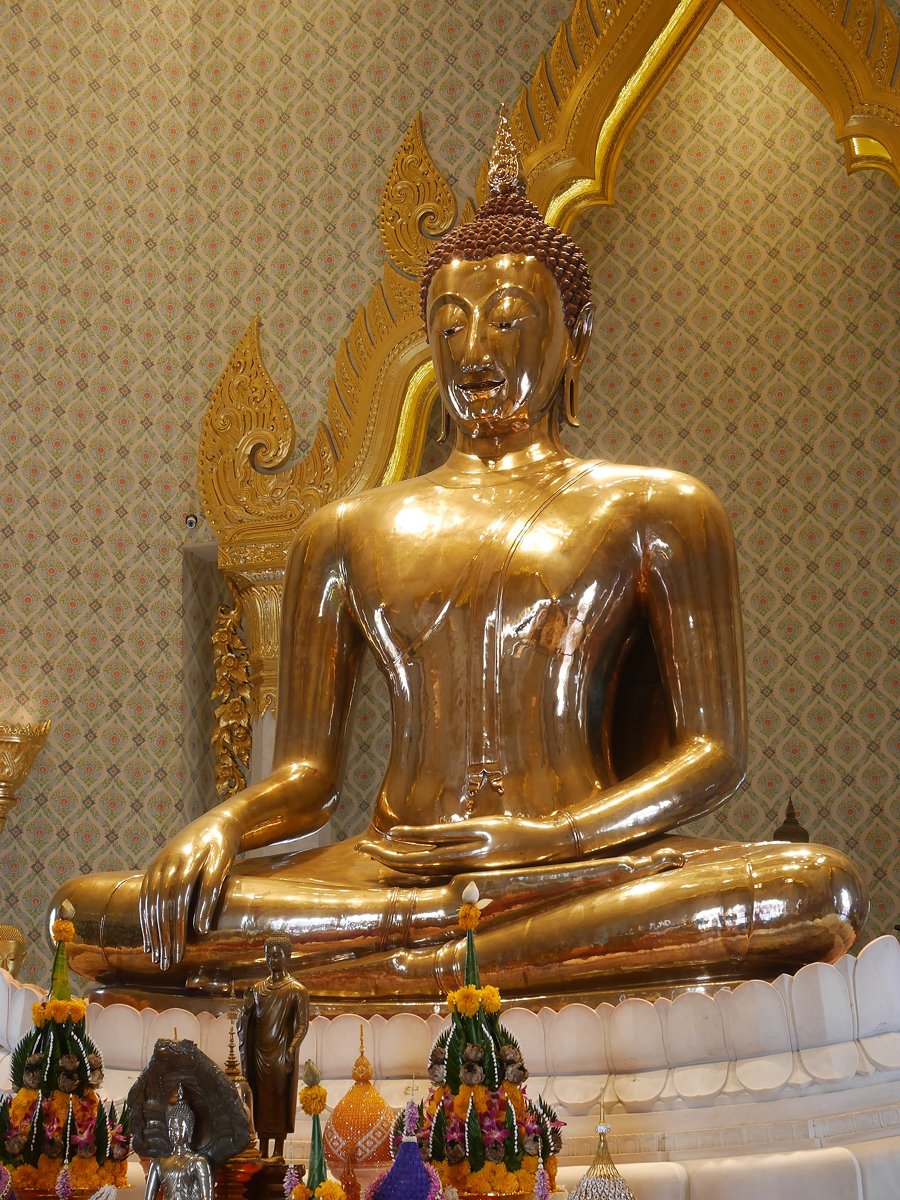 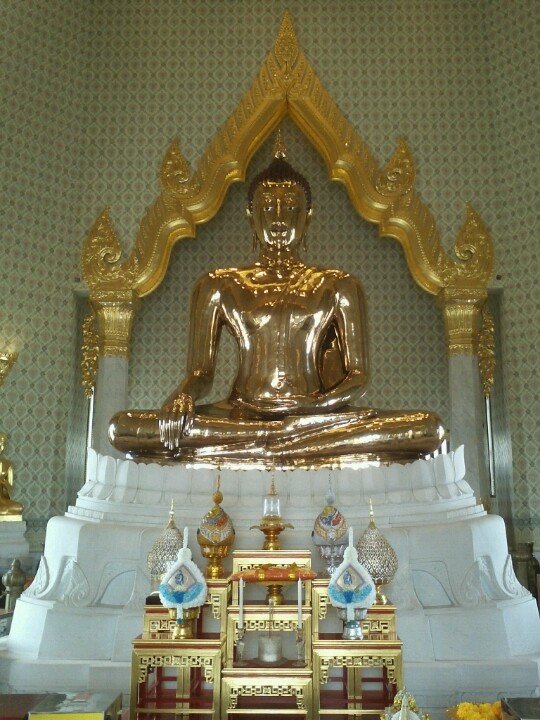 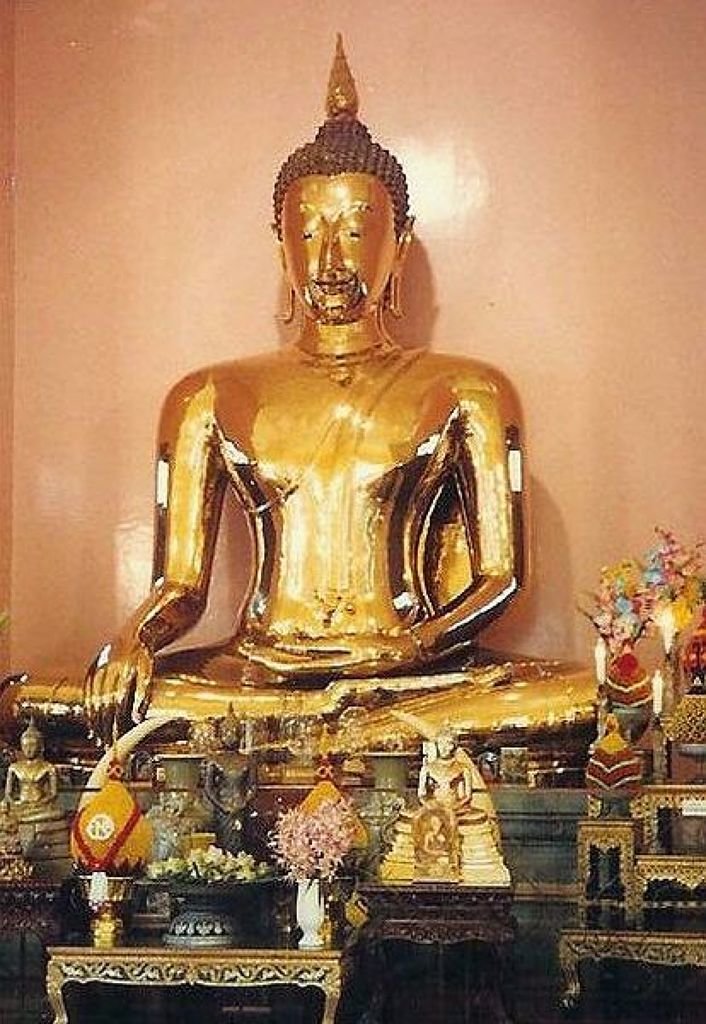 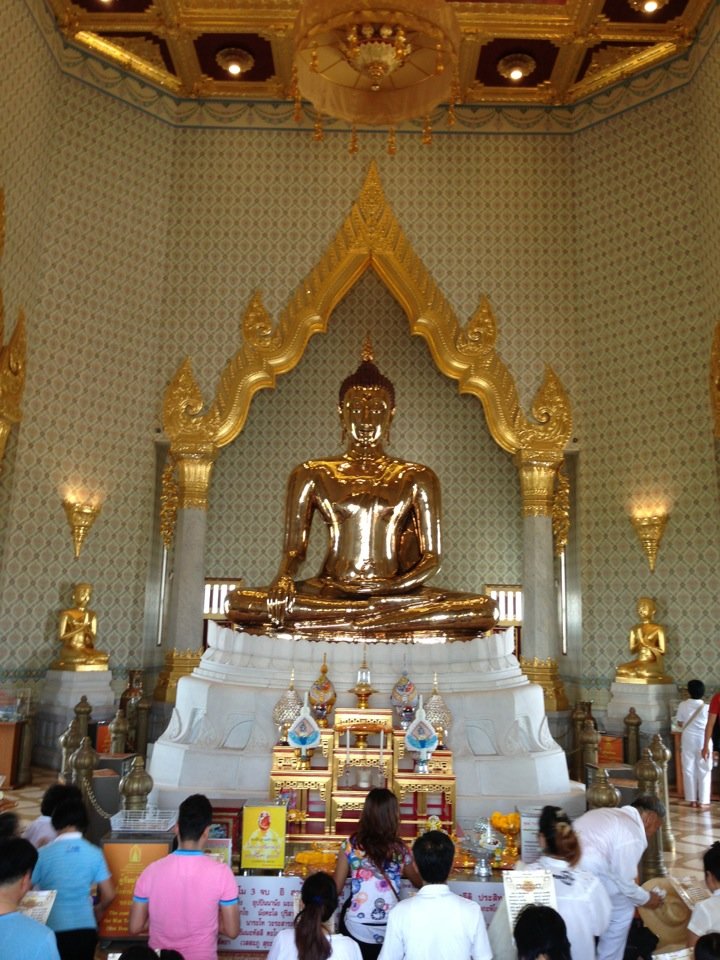 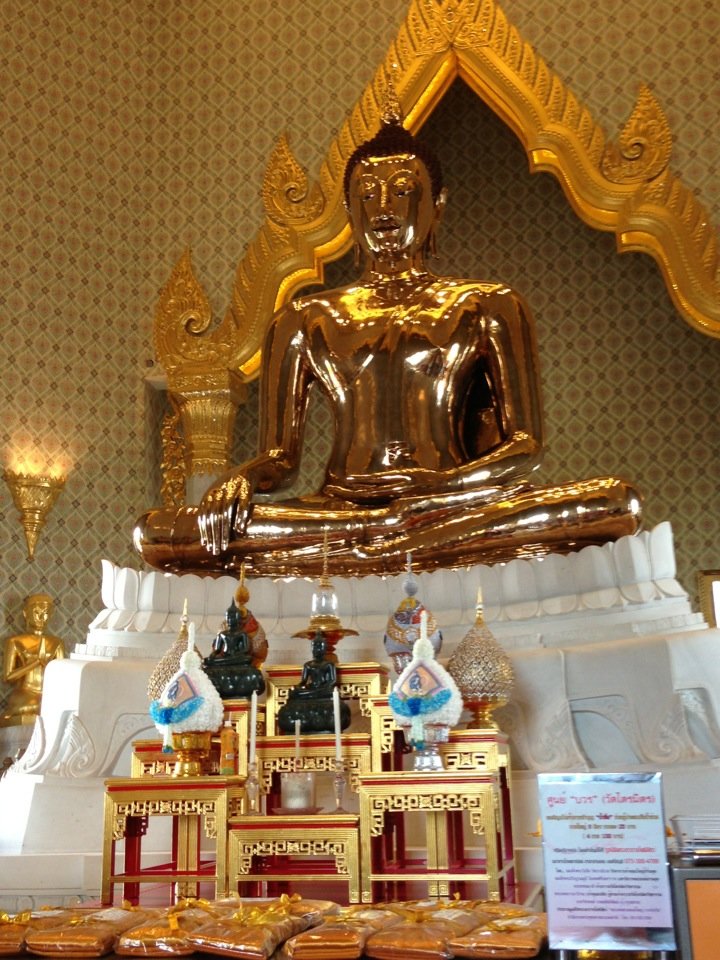 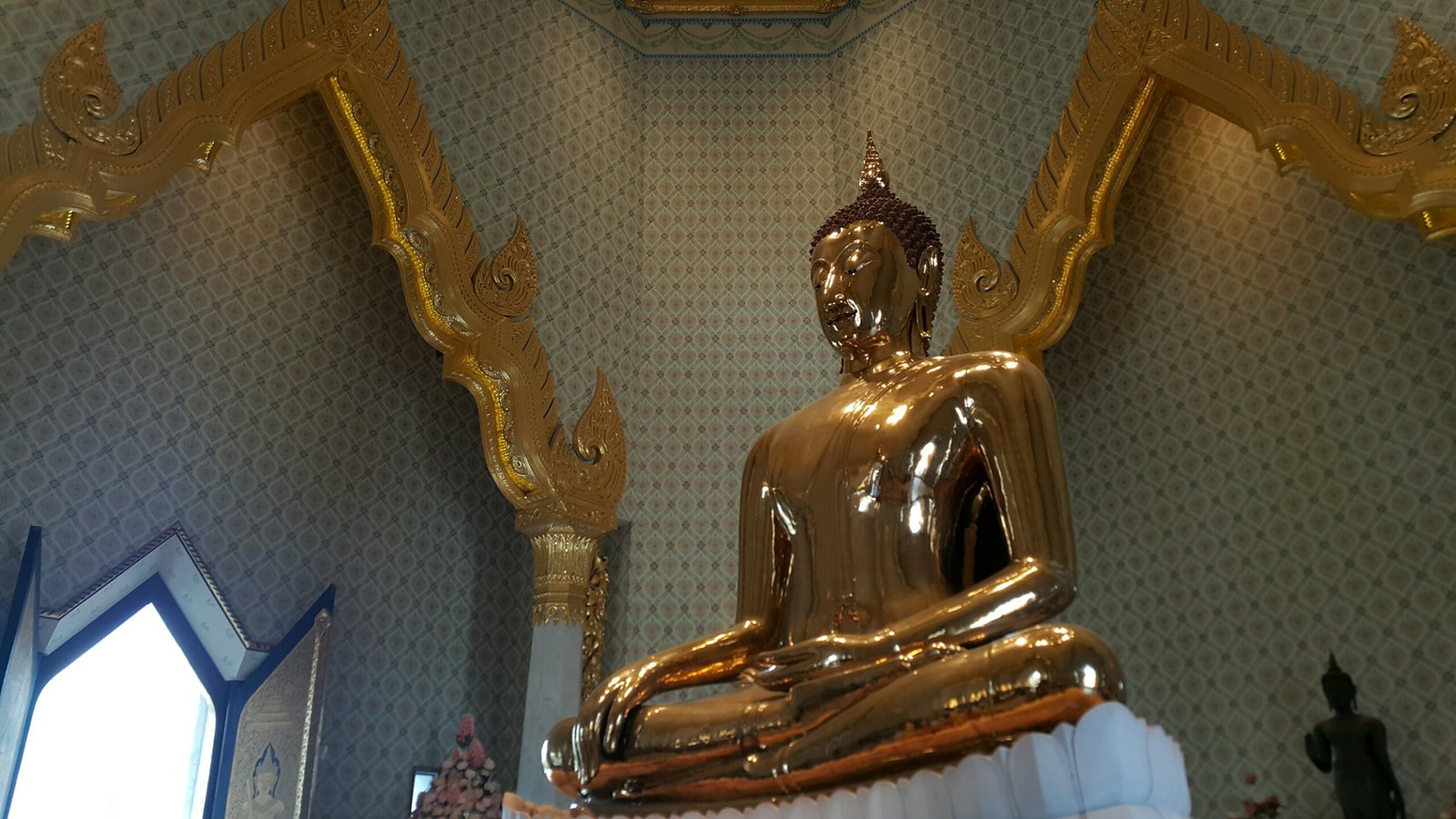 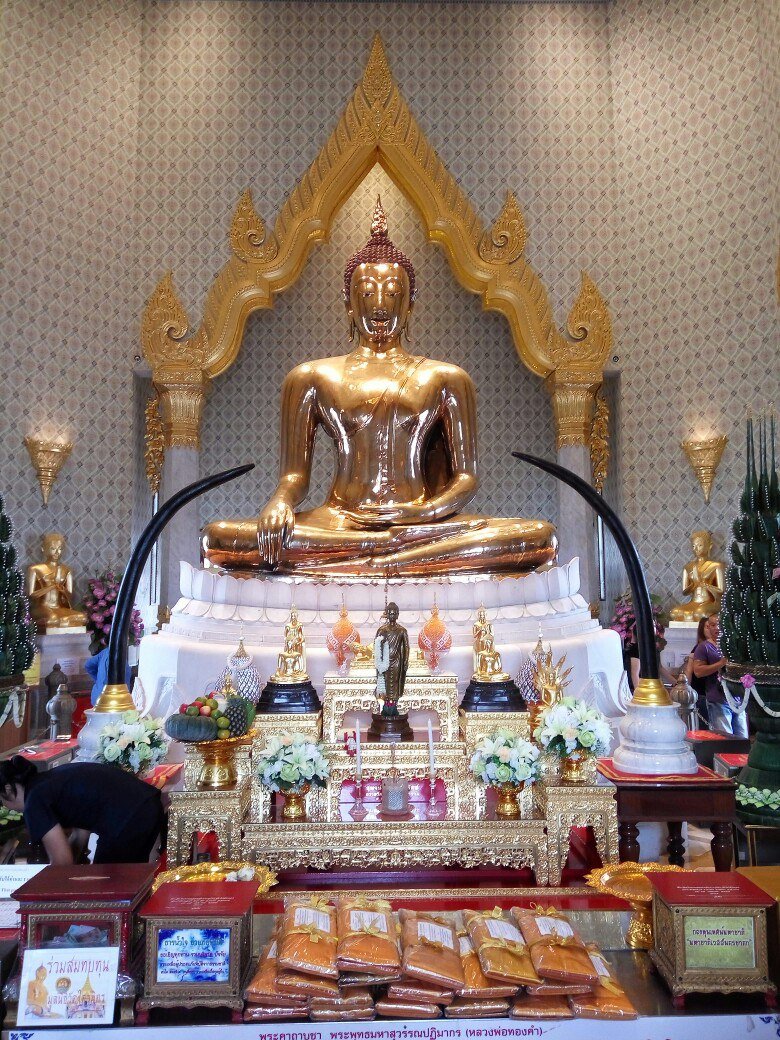 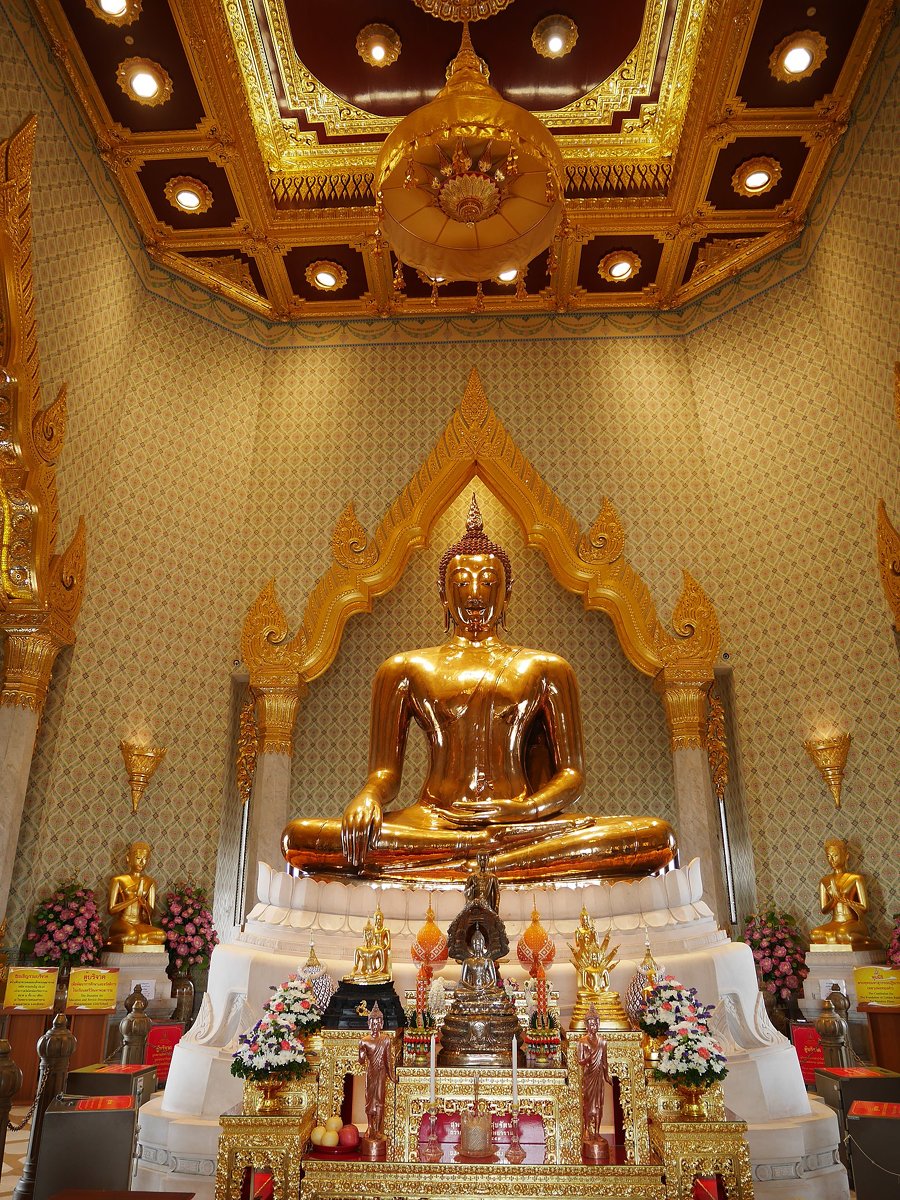 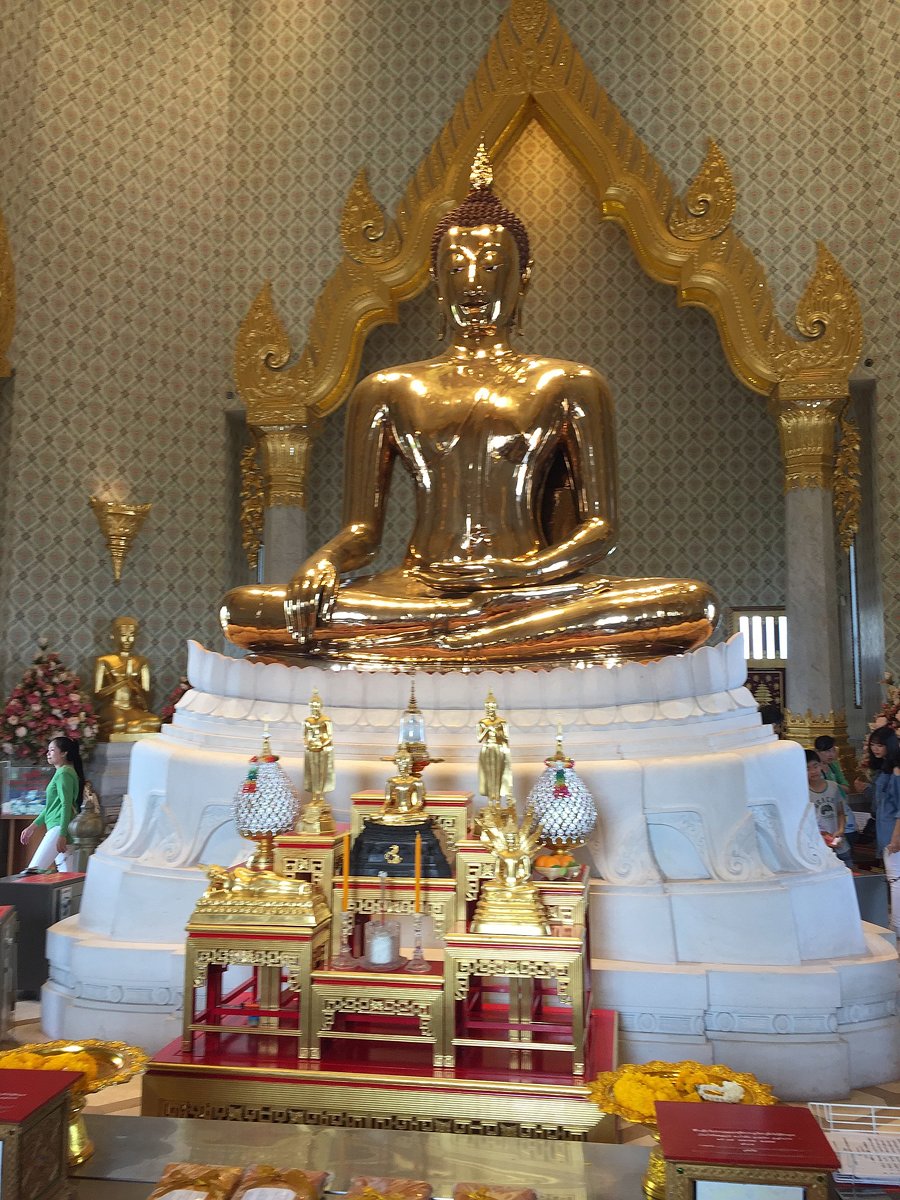 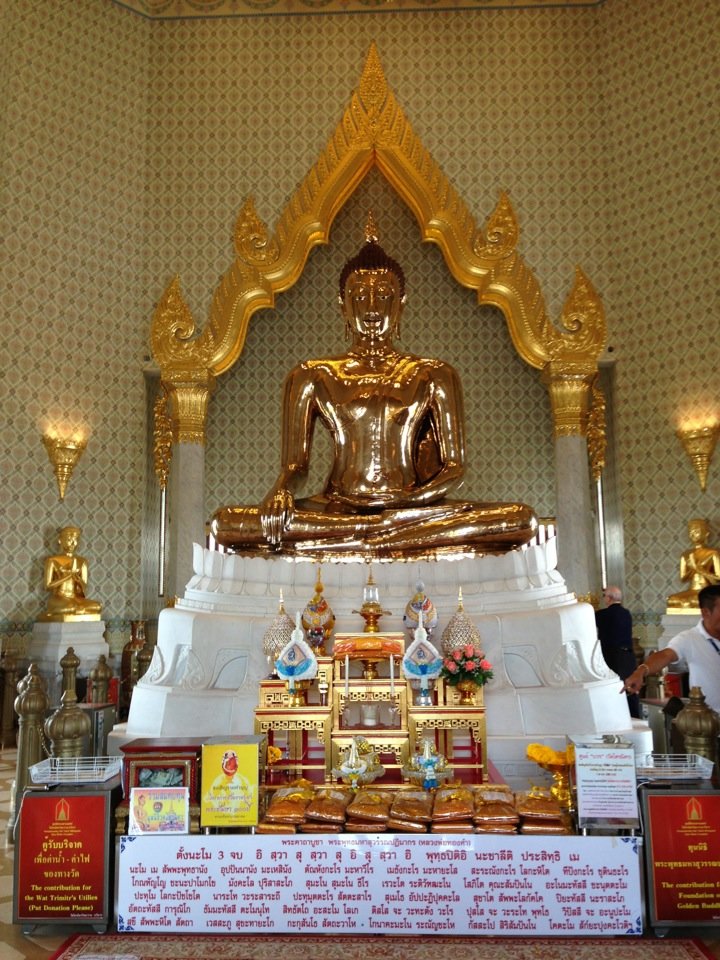 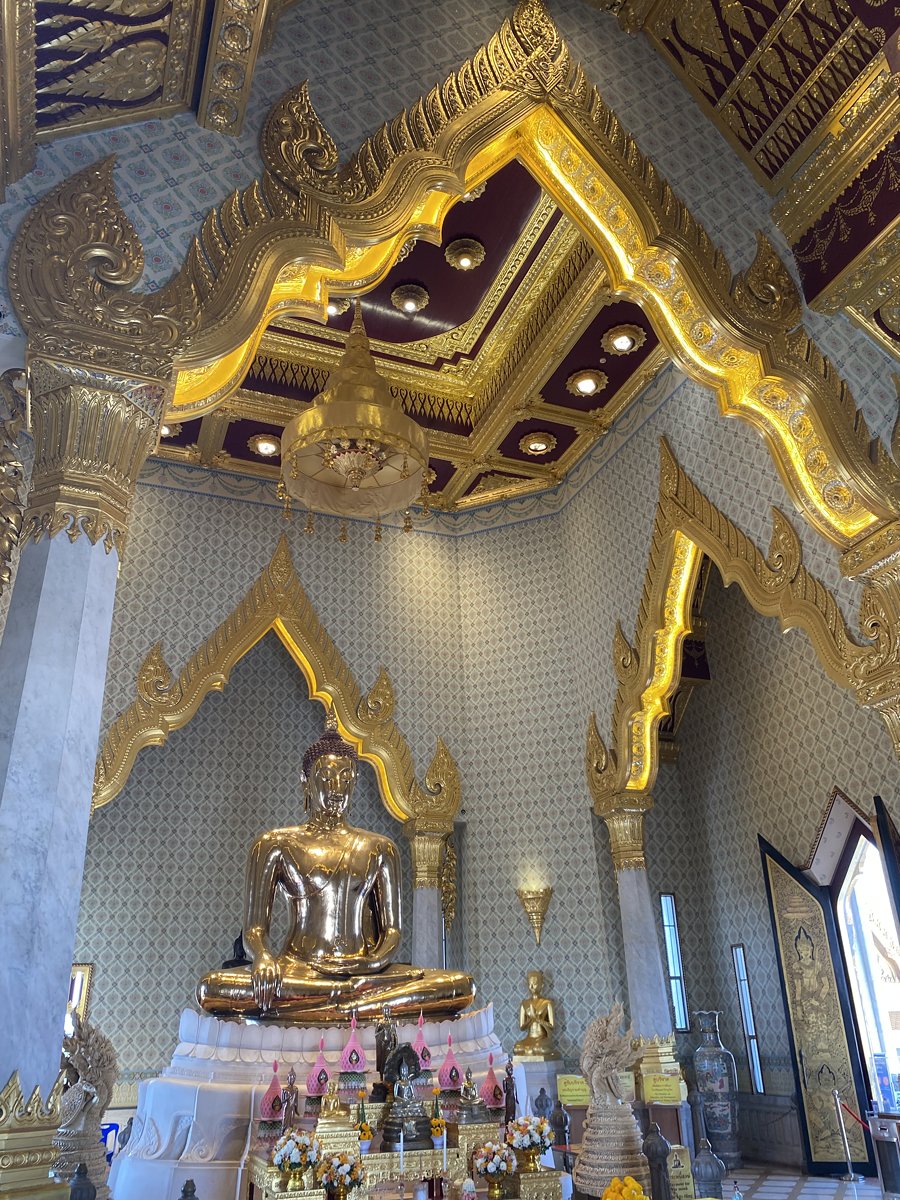 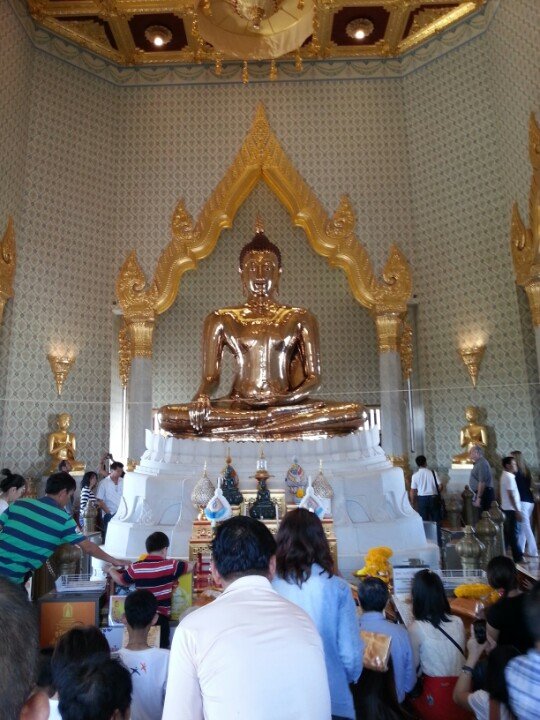