×
What are you looking for?
See all results
Waterfalls in Miðsandur 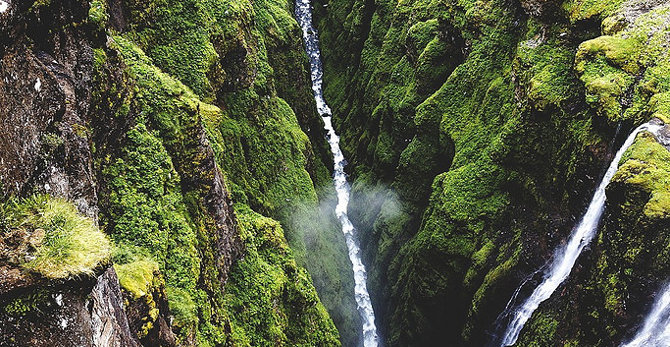 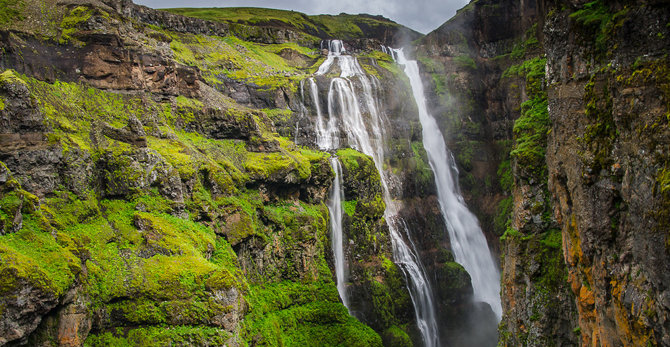 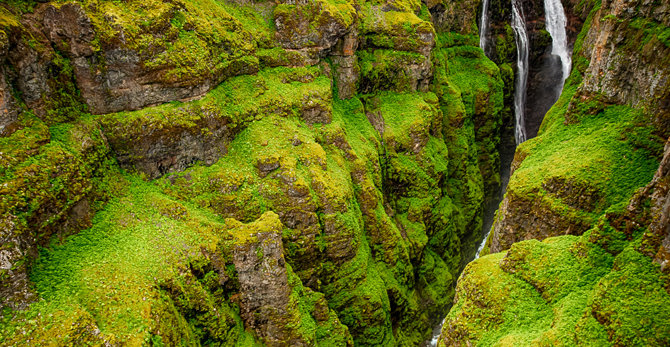 The waterfall Glymur, with a cascade of 196 m, is the highest waterfall of Iceland.

It is situated at the rear end of the Hvalfjörður. Since the opening of the tunnel under this fjord, most people bypass the area. However, it is a very beautiful part of the country with volcanoes and tree plantations.

The river Botnsá leaves the lake Hvalvatn and after a short distance the water falls down alongside the volcano Hvalfell into a canyon with green moss. The waterfall can be accessed from Botnsá, a small village of summerhouses named after the river. From the Botnsá parking area, one can hike up part of the mountain (350 m) on marked hiking paths. To get a better view of the waterfall it is necessary to see it from the south side of the river Botnsá, however the south side trail is strenuous and potential hazardous, passing along the adges of steep dropoffs.

From the parking area, both trails begin by passing through a gate and walking up a dirt road. The easier north side trail continues up the dirt road and is marked by rocks blazed with yellow paint. A few hundred meters up the road, the south side trail (also marked by yellow rocks) branches off to the right. This trail first becomes difficult when it drops over a small cliff face and descends through a cave down to the river. In the summer there is a small pole over the river with an adjacent cable for a handhold, where travellers can cross to the southern side.

After crossing the river, the south trail climbs steeply with various muddy, rocky and loose areas. At times it skirts steep dropoffs. About 3/4 way up this trail passes a small side waterfall with a sheltered pool. Hikers often stop here to refresh themselves; this point is a milestone only a short distance below the viewing area. Anyone attempting this trail should have proper boots, water, and preferably hiking poles though many people hike without poles. The south trail is a strenuous but non-technical climb rather than a mere walk.

Öxarárfoss is a small waterfall in Þingvellir National Park, Ic

The Hengill (Icelandic, pronounced ]) central volcano is situated in

Þingvallavatn is a lake in the south-west of Iceland. With a surface

Deildartunguhver is a hot spring in Reykholtsdalur, Iceland. It is 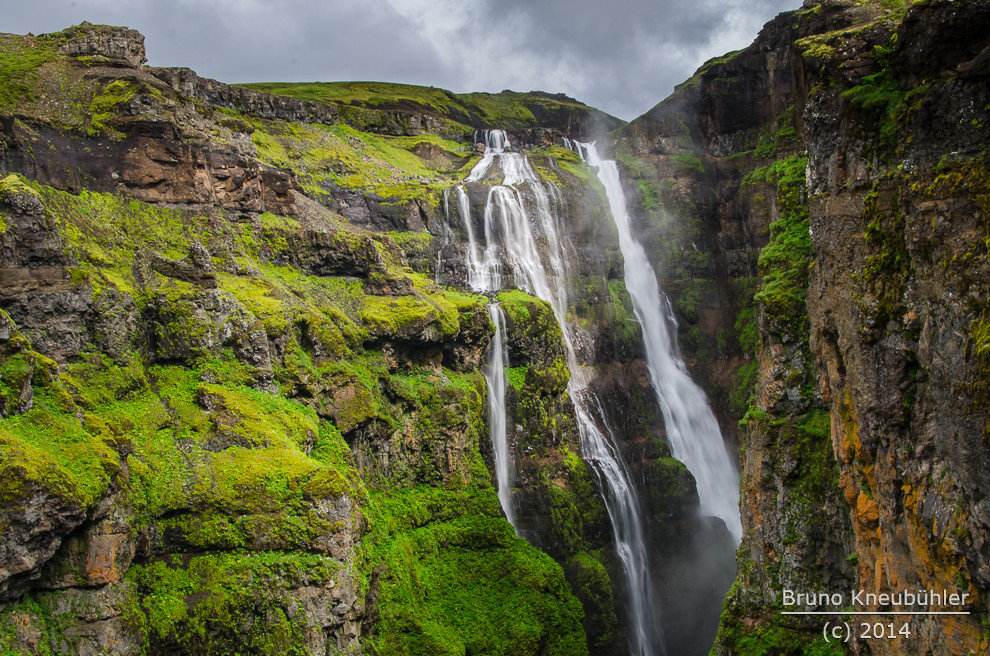 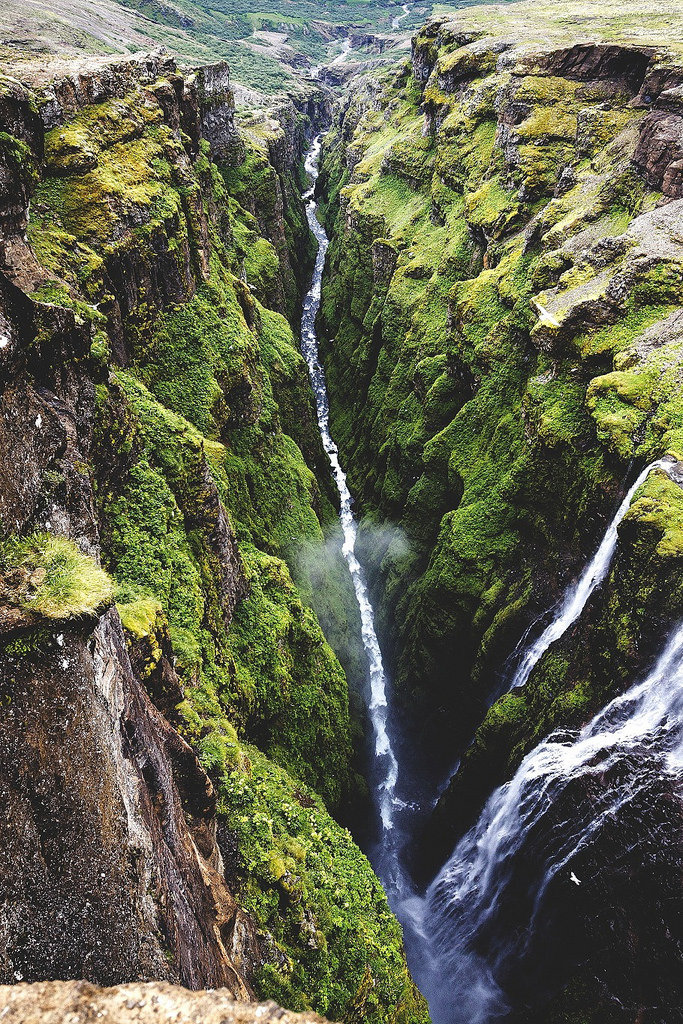 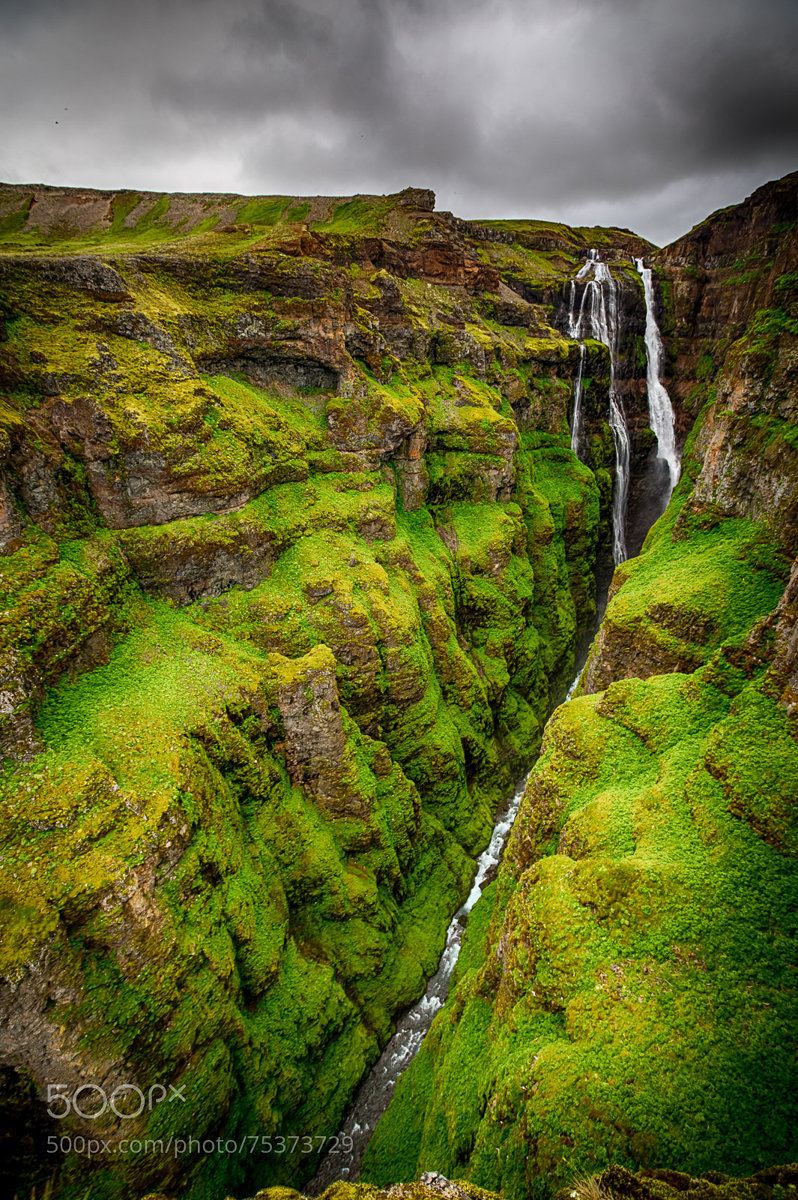 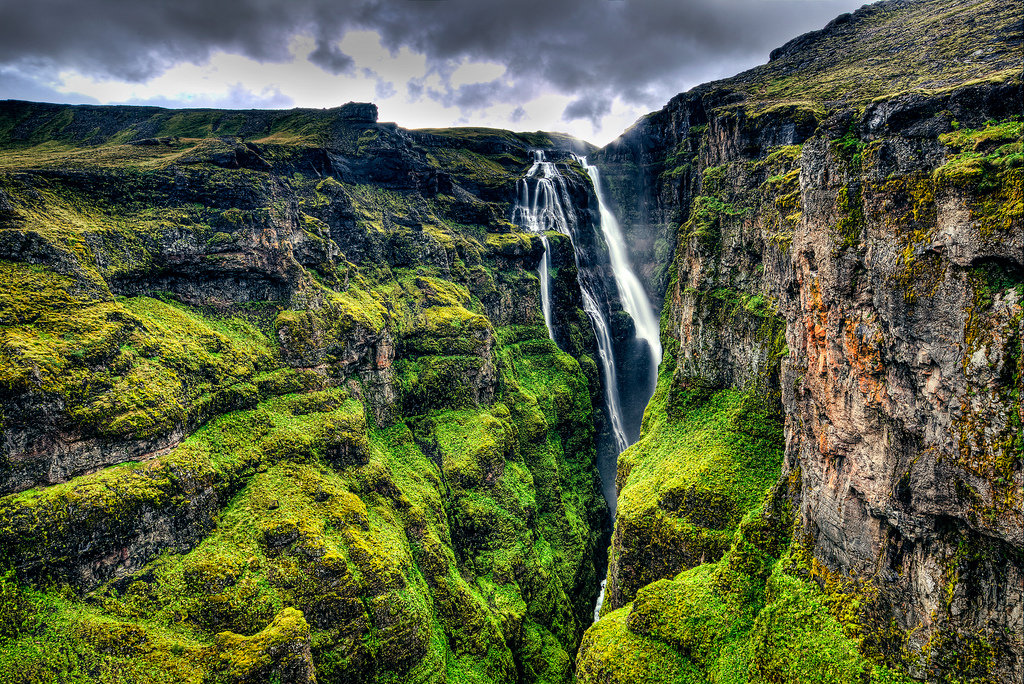 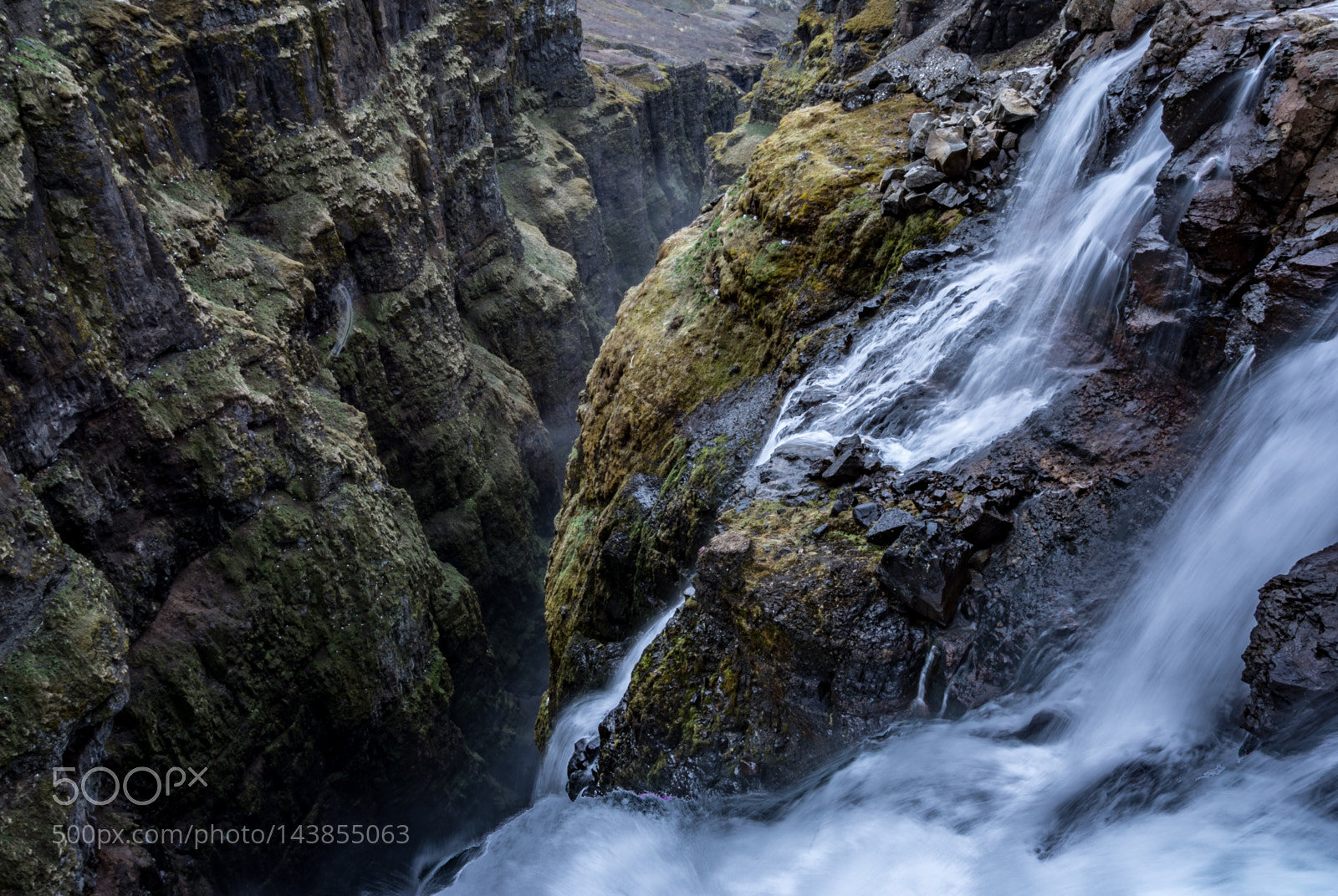 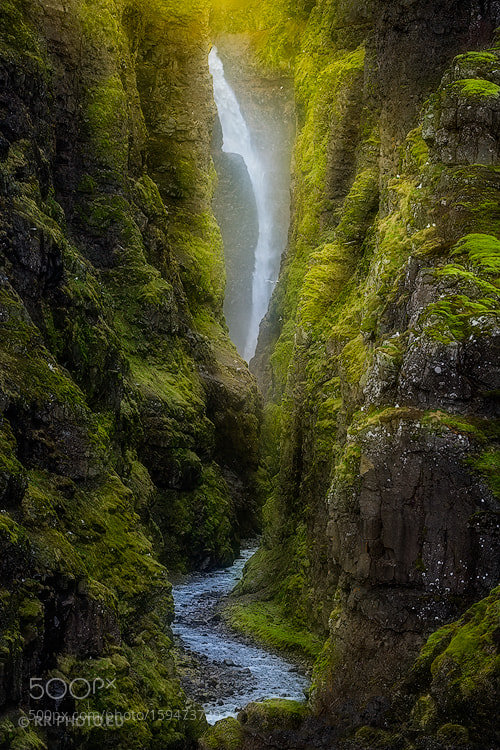 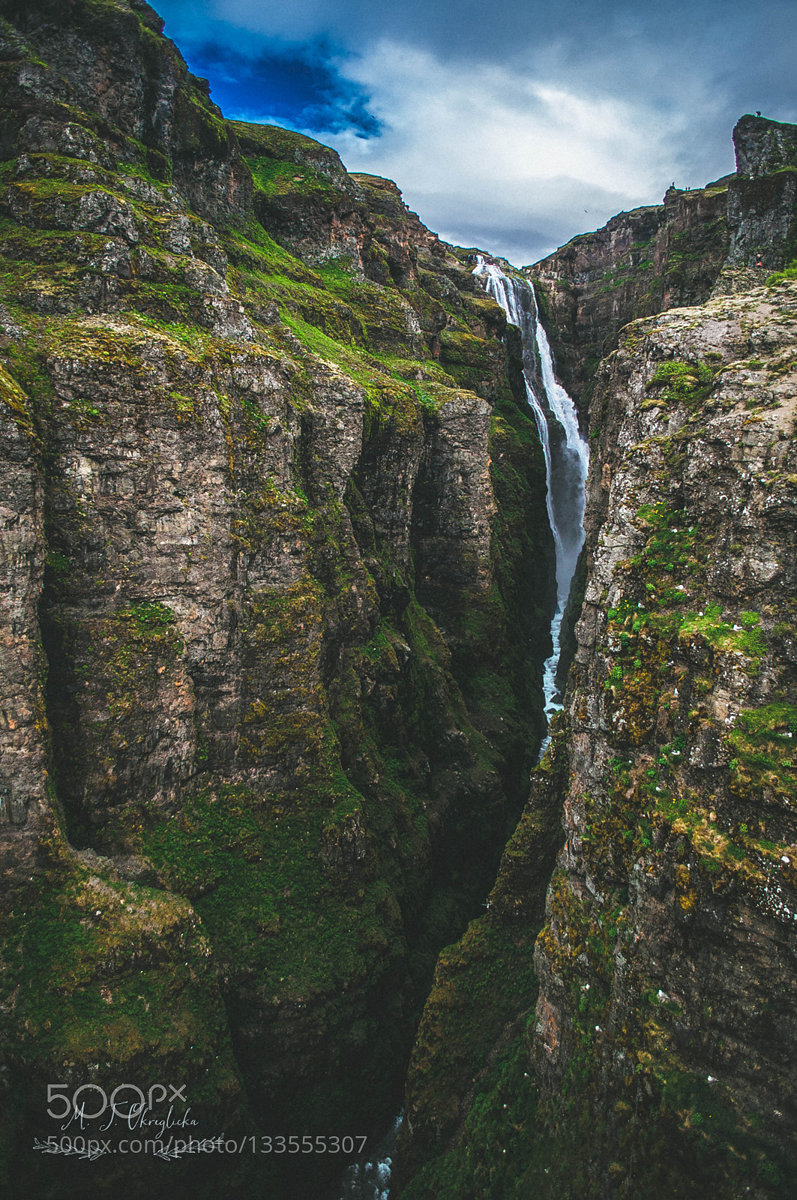 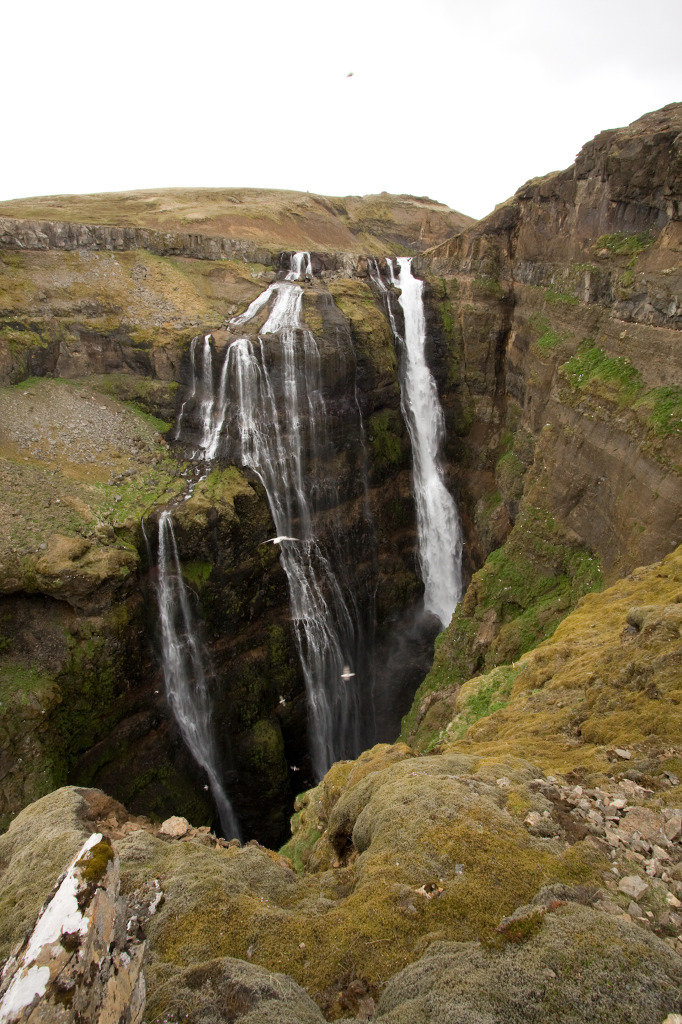 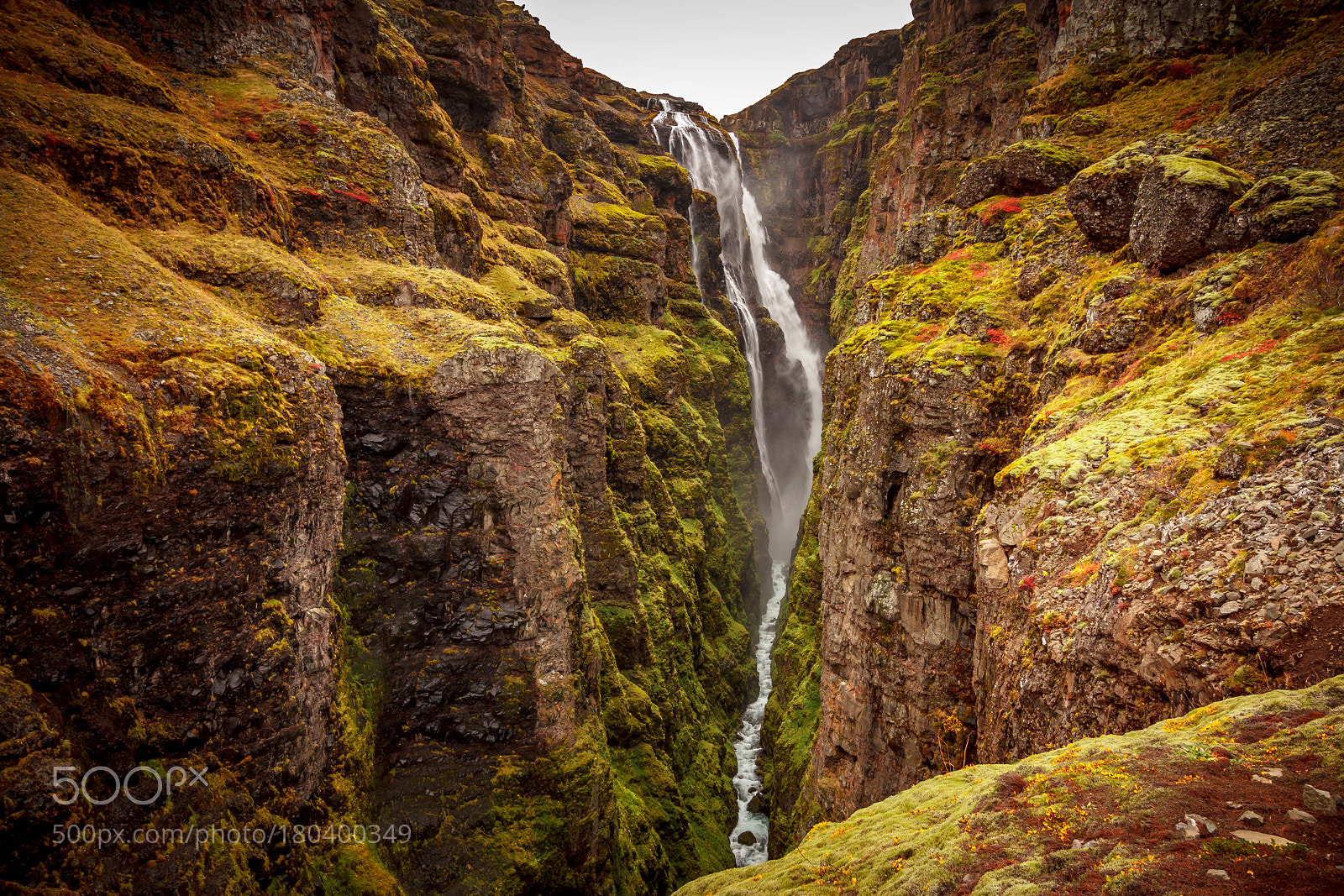 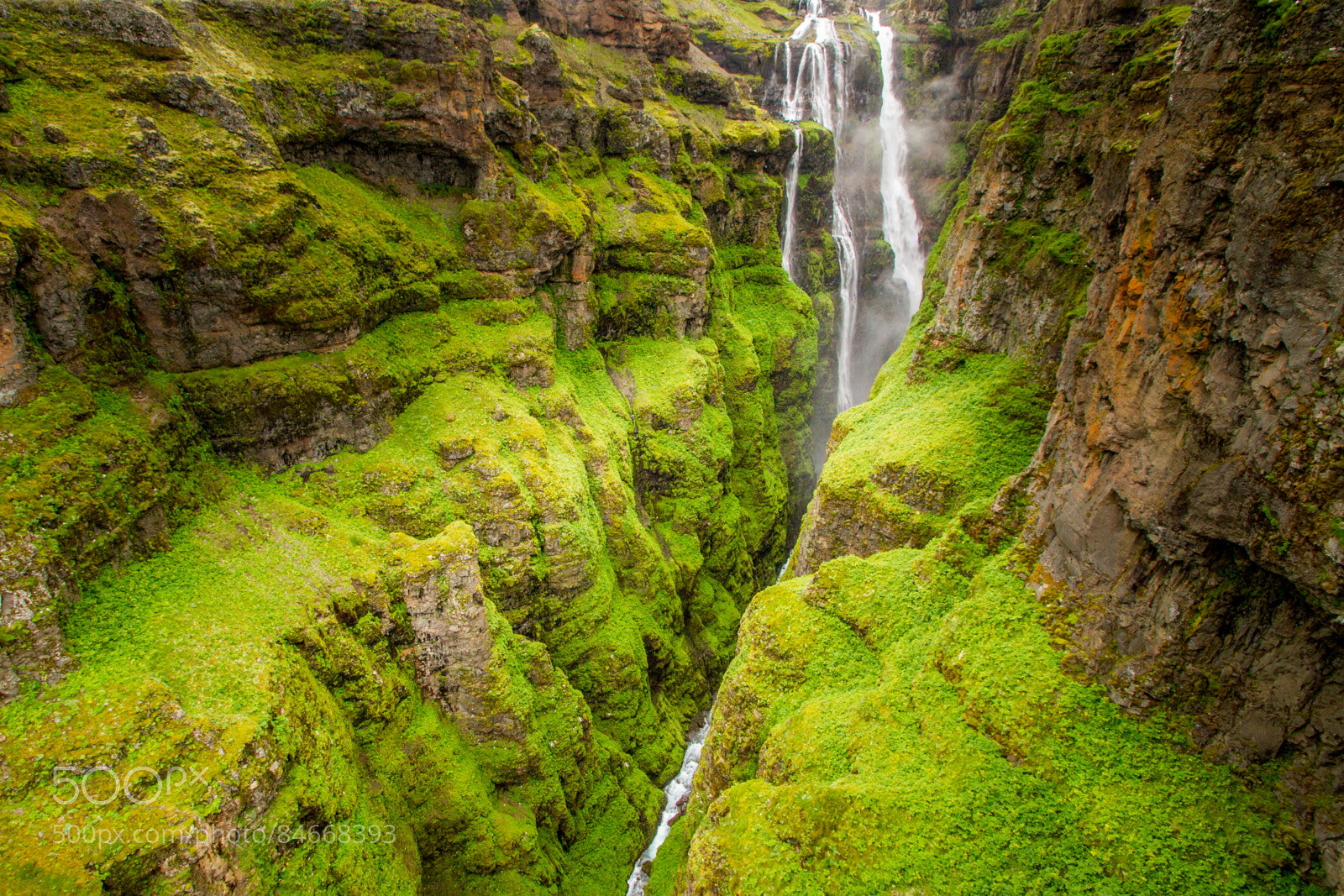 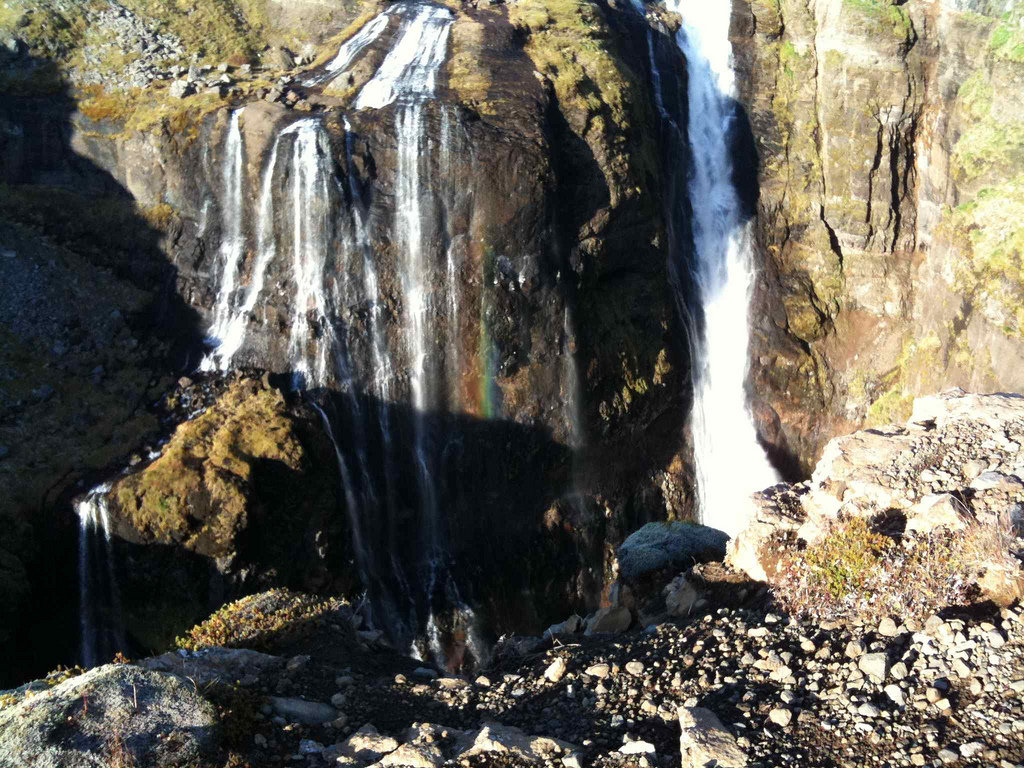 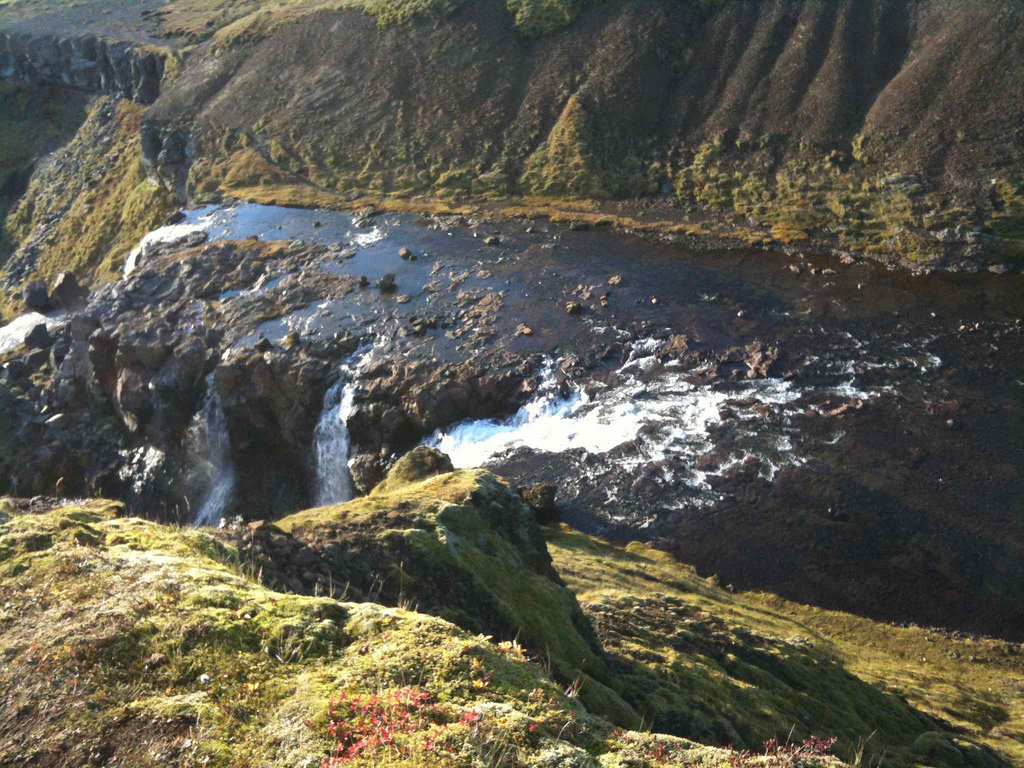 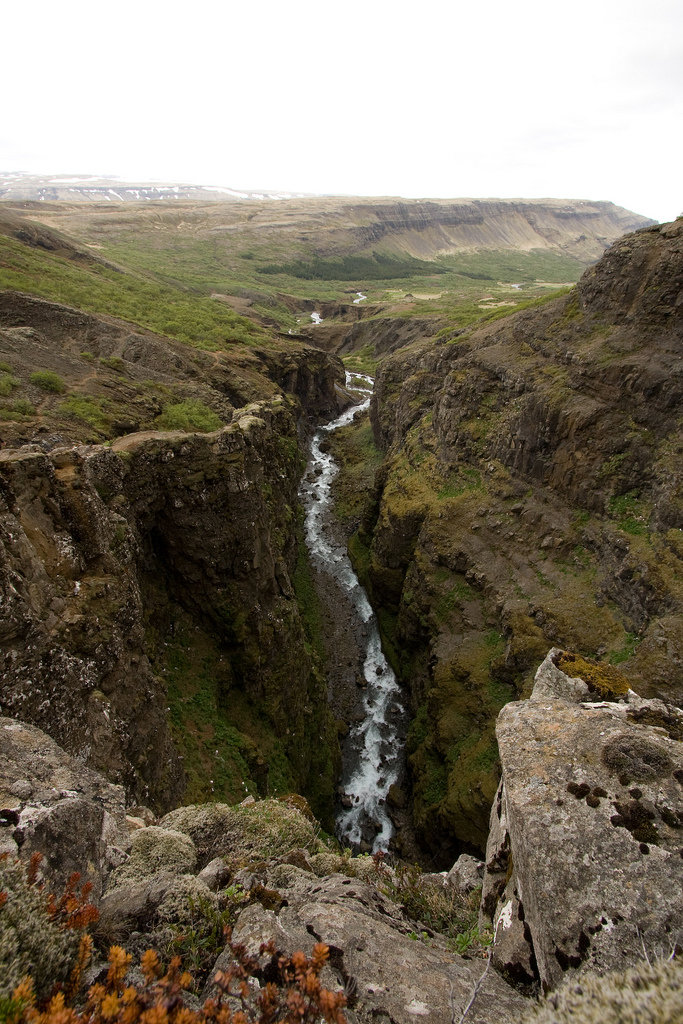 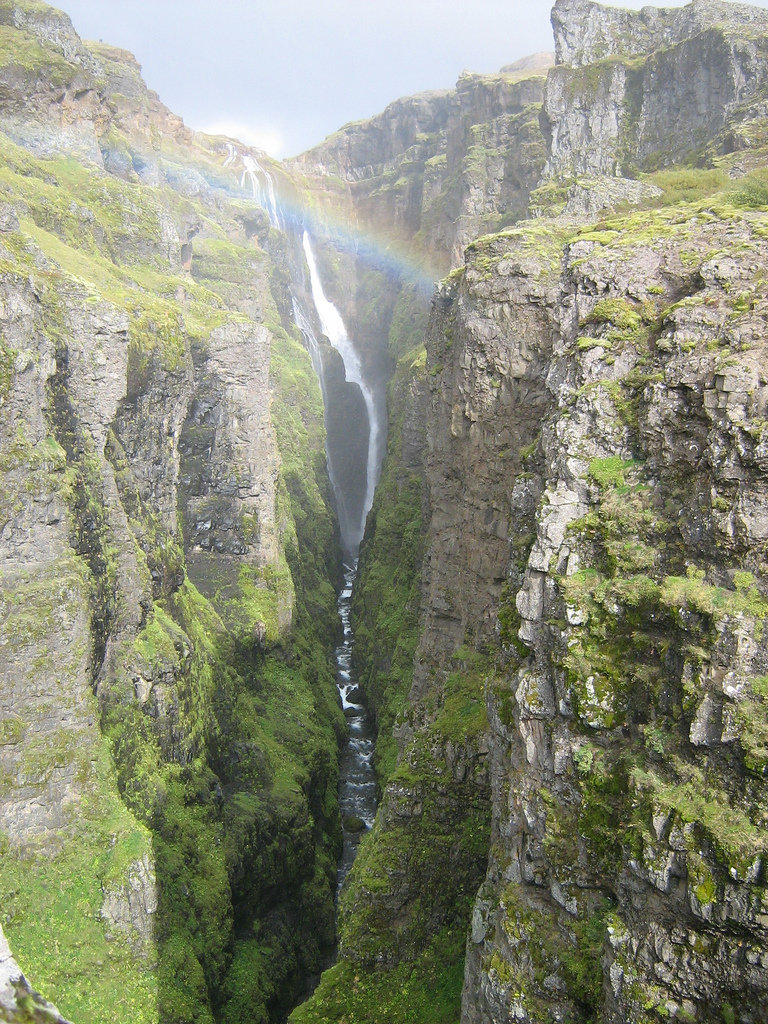 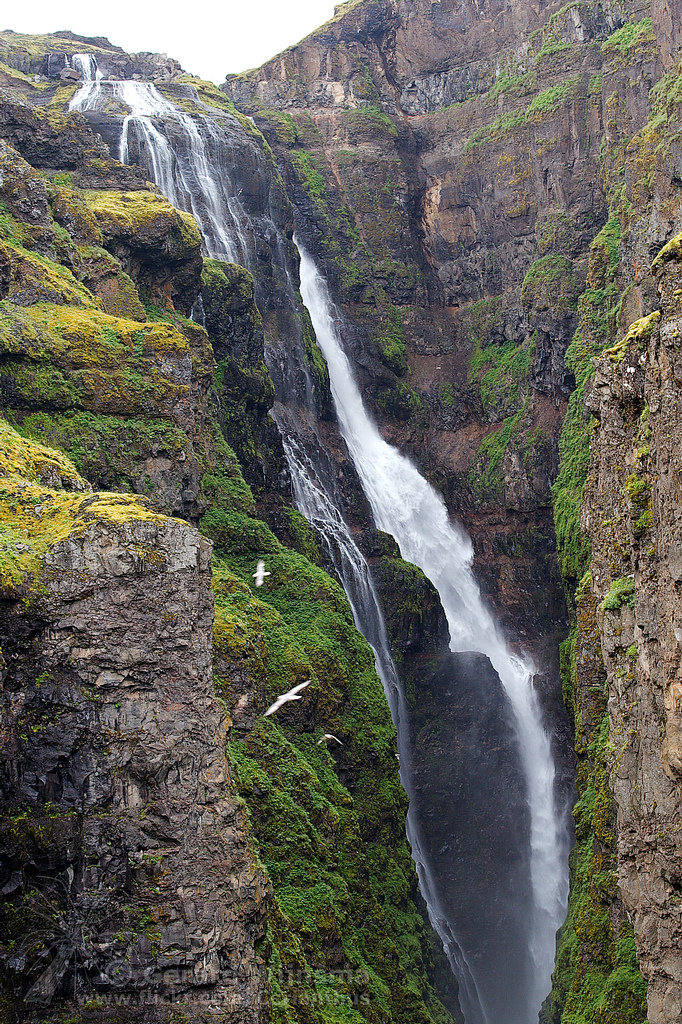 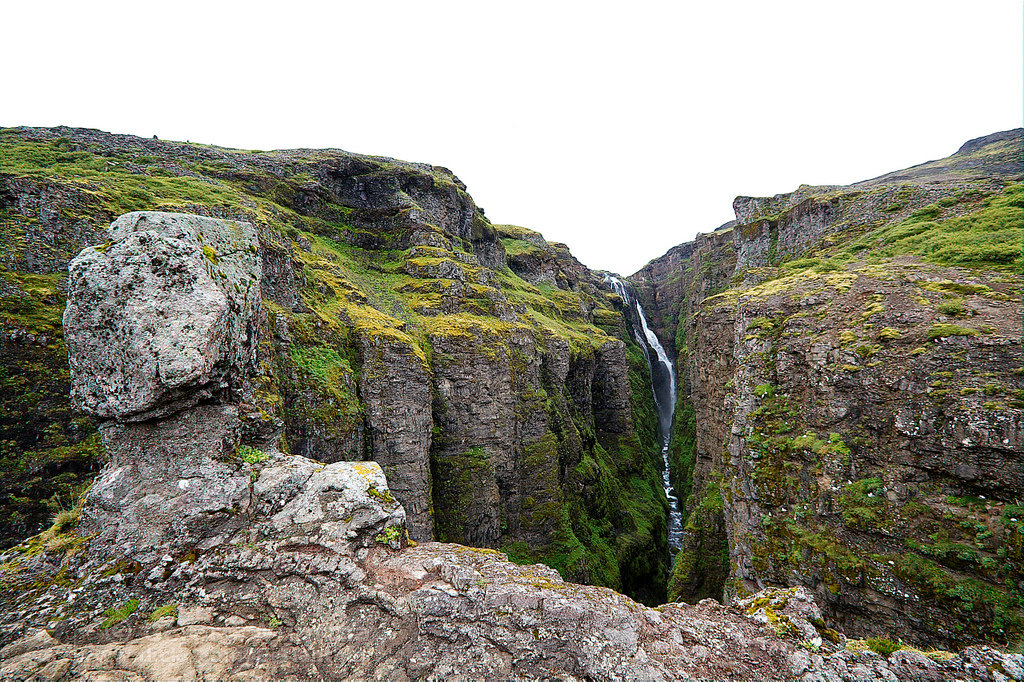