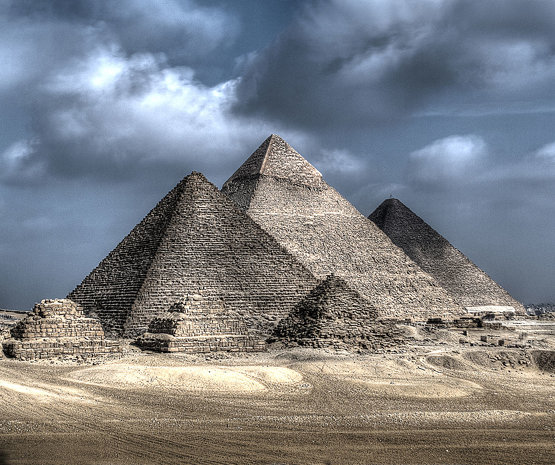 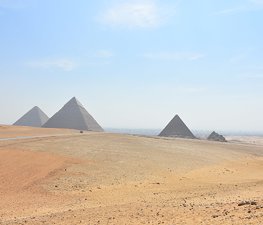 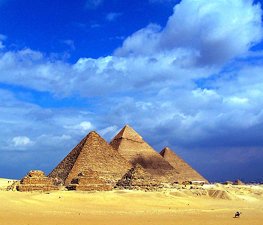 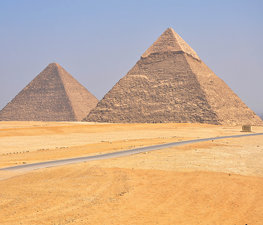 The Giza Necropolis stands on the Giza Plateau, on the outskirts of Cairo, Egypt. This complex of ancient monuments includes the three pyramids known as the Great Pyramids, along with the massive sculpture known as the Great Sphinx. It is located some 8 km (5 mi) inland into the desert from the old town of Giza on the Nile, some 25 km (15 mi) southwest of Cairo city centre. One of the monuments, the Great Pyramid of Giza, is the only remaining monument of the Seven Wonders of the Ancient World.

The Great Pyramids consist of the Great Pyramid of Giza (known as the Great Pyramid and the Pyramid of Cheops), the somewhat smaller Pyramid of Khafre (or Chephren) a few hundred meters to the south-west, and the relatively modest-sized Pyramid of Menkaure (or Mykerinos) a few hundred meters further south-west. The Great Sphinx lies on the east side of the complex, facing east. Current consensus among Egyptologists is that the head of the Great Sphinx is that of Khafre. Along with these major monuments are a number of smaller satellite edifices, known as "queens" pyramids, causeways and valley pyramids. Also associated with these royal monuments are what appear to be the tombs of high officials and much later burials and monuments (from the New Kingdom onwards).

Of the four major monuments, only Menkaure's Pyramid is seen today without any of its original polished limestone casing. Khafre's Pyramid retains a prominent display of casing stones at its apex, while Khufu's Pyramid maintains a more limited collection at its base. Khafre's Pyramid appears larger than the adjacent Khufu Pyramid by virtue of its more elevated location, and the steeper angle of inclination of its construction – it is, in fact, smaller in both height and volume. The most active phase of construction here was in the 23rd century BC. It was popularised in Hellenistic times when the Great Pyramid was listed by Antipater of Sidon as one of the Seven Wonders of the World. Today it is the only one of the ancient Wonders still in existence.

At the time of their construction and for many years after, the Pyramids of Giza were the tallest structures on the planet. Khufu's pyramid originally rose 479 feet but has been reduced to 449 feet with the loss of its limestone casing. Khafre's Pyramid had stood 471 feet at its completion while Menkaure's Pyramid stands at a modest 218 feet. "In 1300 AD the Great Pyramid was surpassed as the tallest structure in the world by England's Lincoln Cathedral." but to this day remains the most massive structure on Earth.

Due largely to 19th-century images, the Pyramids of Giza are generally thought of by foreigners as lying in a remote, desert location, even though they are located in what is now part of the most populous city in Africa [1]. In fact, urban development reaches right up to the perimeter of the antiquities site. The ancient sites in the Memphis area, including those at Giza, together with those at Saqqara, Dahshur, Abu Ruwaysh, and Abusir, were collectively declared a World Heritage Site in 1979 [2].

The Giza pyramids have been recorded in the Giza Plateau Mapping Project run by Ancient Egypt Research Associates, directed by Dr. Mark Lehner. In addition, Lehner's team undertook radiocarbon dating on material recovered from the exterior of the Great Pyramid. AERA's 2009 field season was recorded in a blog.

Researchers have long been impressed with the precision with which the pyramids of this complex were created. The base of the Great Pyramid forms a nearly perfect square, with only a 19-cm (about 7.50-in) difference between its longest and shortest sides[], out of a total length of about 230 m (756 ft). This huge square is also almost exactly level. When newly completed, the Great Pyramid rose 146.7 m (481.4 ft)—nearly 50 stories high. The pyramid’s core probably includes a hill of unexcavated rubble[], making it impossible to determine its exact number of blocks. Researchers estimate that 2.3 million blocks were used to build the Great Pyramid, with an average weight of about 2.5 metric tons per block. The largest block weighs as much as 15 metric tons.

It is not known how they were made but there have been varying theories regarding the construction techniques. Most construction theories are based on the idea that the pyramids were built by moving huge stones from a quarry and dragging and lifting them into place. The disagreements center on the method by which the stones were conveyed and placed and how possible the method was. A recent though unpopular theory proposes that the building blocks were manufactured in-place from a kind of "limestone concrete".

The work of quarrying, moving, setting, and sculpting the huge amount of stone used to build the pyramids might have been accomplished by several thousand skilled workers, unskilled laborers and supporting workers. Bakers, carpenters, water carriers, and others were also needed for the project. Along with the methods utilized to construct the pyramids, there is also wide speculation regarding the exact number of workers needed for a building project of this magnitude. When Greek historian Herodotus visited Giza in 450 BC he was told by Egyptian priests that "the Great Pyramid had taken 400,000 men 20 years to build, working in three-month shifts 100,000 men at a time." Although not unreasonable it is now believed by archeologists that "as few as 20,000 workers would have been adequate for the task." Some archaeologists and engineers think that the pyramid builders were not slaves, as was previously thought, but paid laborers who took great pride in their task. Most were probably farmers, contracted to work for a limited period. Specialists such as: architects, masons, metalworkers and carpenters, were permanently employed by the king to fill positions that required the most skill.

In building the pyramids, the architects might have developed their techniques over time. They would select a site on a relatively flat area of bedrock—not sand—which provided a stable foundation. After carefully surveying the site and laying down the first level of stones, they constructed the pyramids in horizontal levels, one on top of the other.

For the Great Pyramid, most of the stone for the interior seems to have been quarried immediately to the south of the construction site. The smooth exterior of the pyramid was made of a fine grade of white limestone that was quarried across the Nile. These exterior blocks had to be carefully cut, transported by river barge to Giza, and dragged up ramps to the construction site. Only a few exterior blocks remain in place at the bottom of the Great Pyramid. During the Middle Ages (5th century to 15th century) people may have taken the rest away for building projects in the city of Cairo. []

To ensure that the pyramid remained symmetrical, the exterior casing stones all had to be equal in height and width. Workers might have marked all the blocks to indicate the angle of the pyramid wall and trimmed the surfaces carefully so that the blocks fit together. During construction the outer surface of the stone was left unfinished; excess stone was removed later. []

The Pyramids of Giza and other were constructed to house the remains of the deceased Pharaohs who ruled over ancient Egypt. A portion of the Pharaoh's spirit called his ka was believed to remain with his corpse. Proper care of the remains was necessary in order for the "former Pharaoh to perform his new duties as king of the dead." The pyramid not only served as a tomb for the Pharaoh but also as storage for the various items he would need in the afterlife. "The people of Ancient Egypt believed that death on Earth was the start of a journey to the next world. The embalmed body of the King was entombed underneath or within the pyramid to protect it and allow his transformation and ascension to the afterlife."

The sides of all three of the Giza pyramids were astronomically oriented to be north-south and east-west within a small fraction of a degree. Among recent attempts to explain such a clearly deliberate pattern are those of S. Haack, O. Neugebauer, K. Spence, D. Rawlins, K. Pickering, and J. Belmonte. The arrangement of the pyramids is a disputed representation of the Orion constellation in the Orion Correlation Theory.

Dave Mc
The pyramids don't look that far from the road, but they're actually are really far, they're just wicked big so they look closer than they actually are. The camel tours are expensive, but worth it!

Dave Mc
The pyramids a really, really huge. You might think about climbing one, but once you get there, you'll change your mind!

Dave Mc
The pyramids are really a must see, bucket list item. If you have the opportunity, you definitely have to do it.

David Ladera
I would recommend to avoid crowded hours even if the weather is hot to have a better experience. Camel tours are 100 EGB / 30 min / 1 person

Veysel Soylu
It's amazing to visit pyramids at the age of thousands... No words enough to describe them. Get rid of people who asking money from you all the time
Load more comments
foursquare.com
9.6/10
A.W.F, Laurence Hewitt and 115,797 more people have been here
I've been here
Add to wishlist

Great Pyramids of Giza on Foursquare

The Great Pyramid of Giza (also called the Khufu's Pyramid, Pyramid of

Add to wishlist
I've been here
Visited
Pyramid of Menkaure

The Layer Pyramid (known locally in Arabic as il-haram il-midawwar,

Add to wishlist
I've been here
Visited
Pyramid of Djedefre

Add to wishlist
I've been here
Visited
Pyramid of Khafre

The Philopappos Monument (Greek: Μνημείο Φιλοπάππου) is an ancient Gr

The Great Pyramid of Giza (also called the Khufu's Pyramid, Pyramid of

Add to wishlist
I've been here
Visited
Pyramid of Djoser 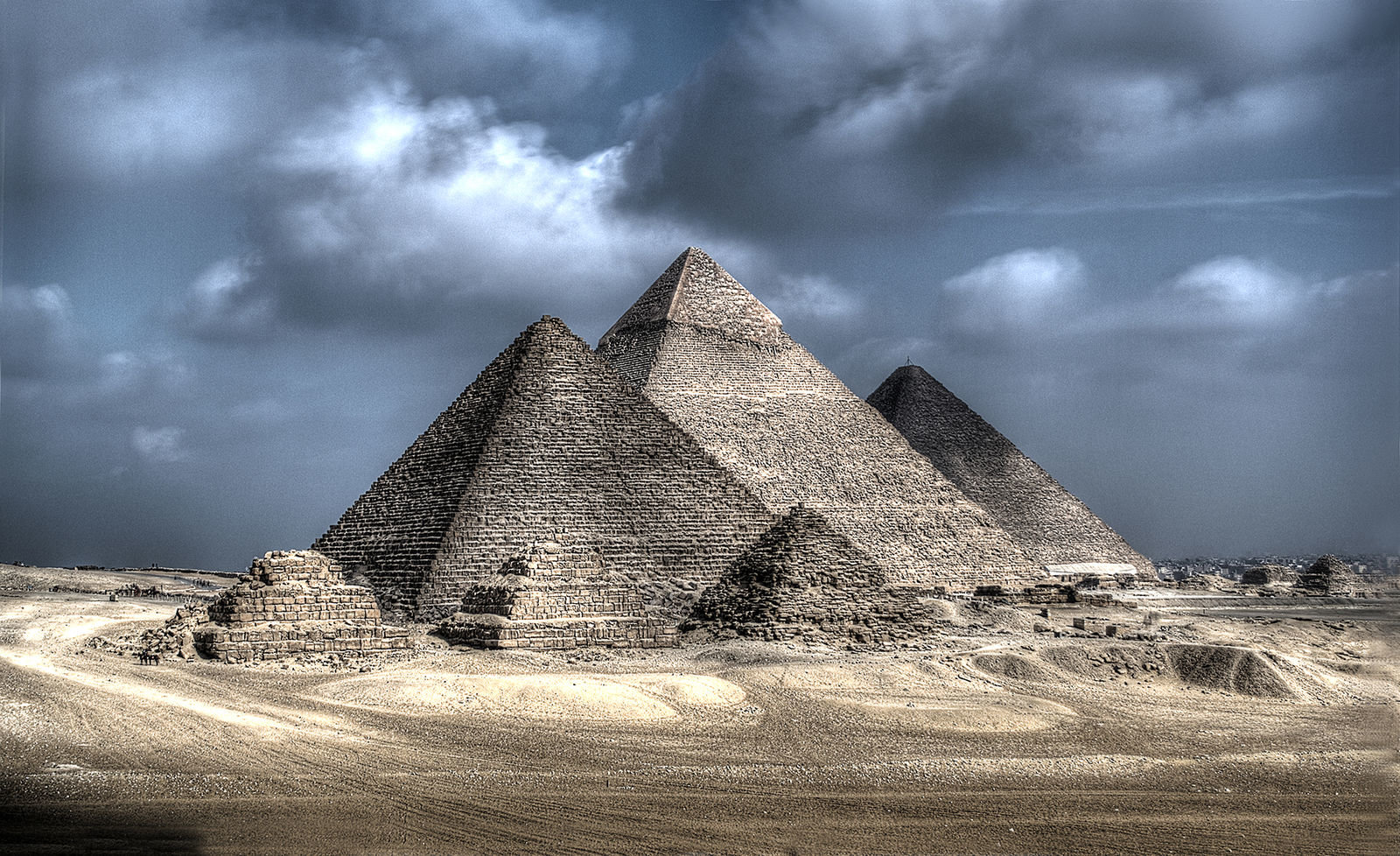 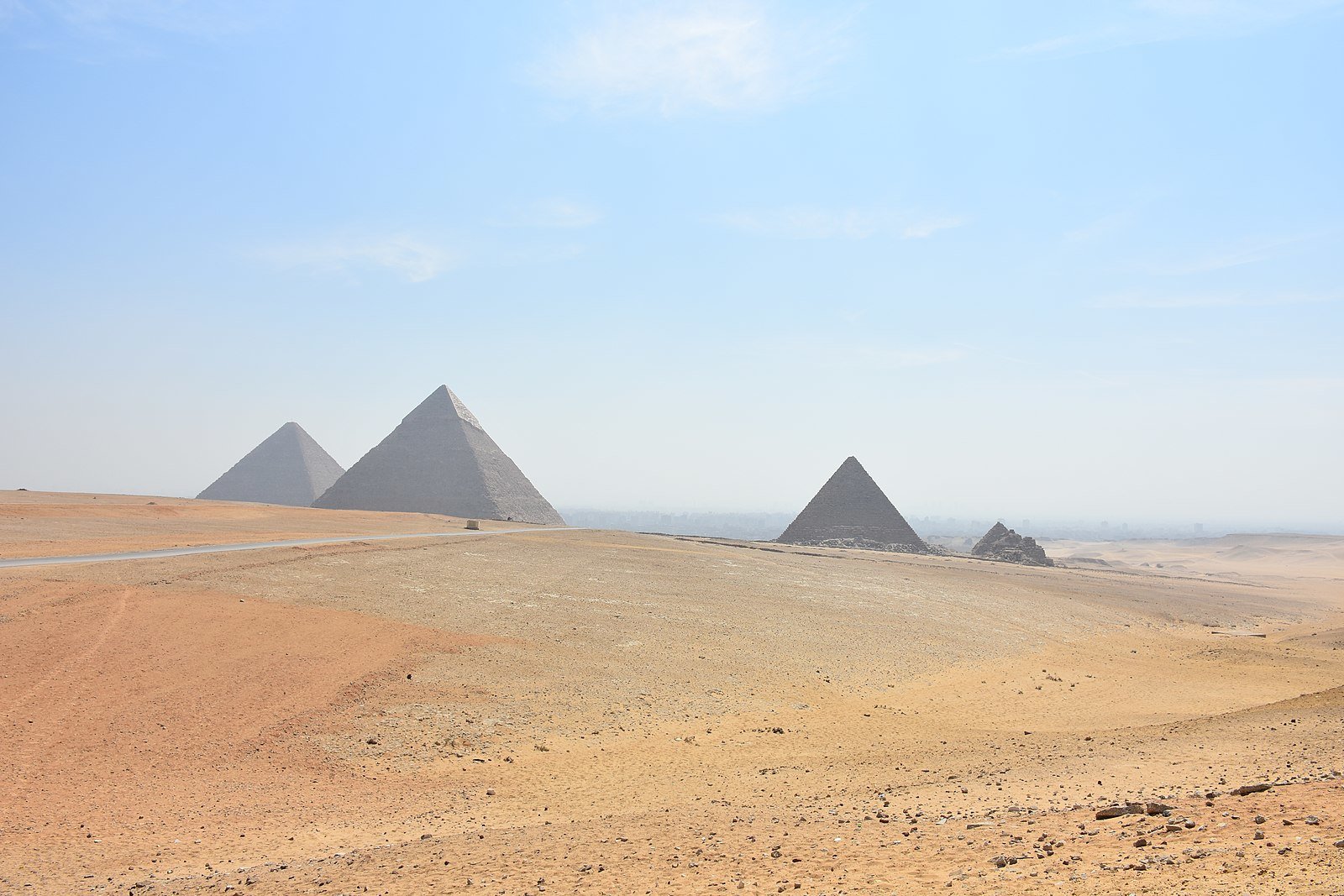 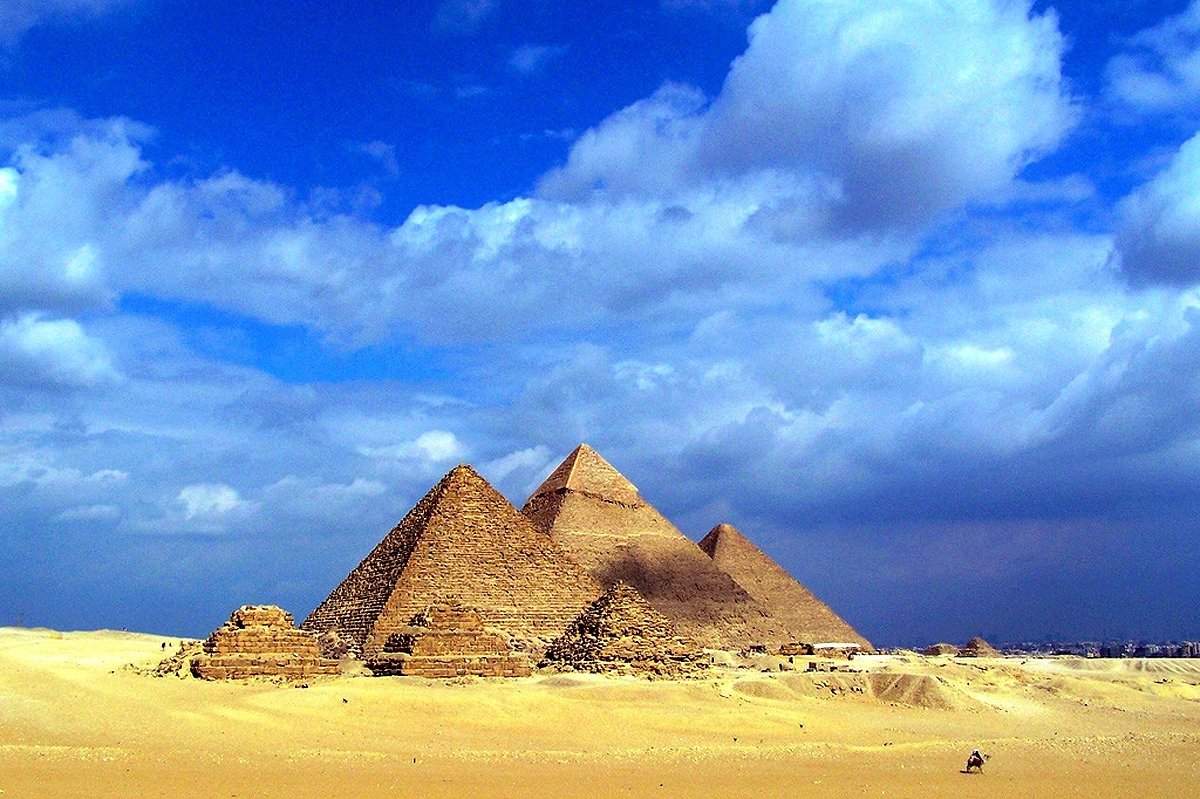 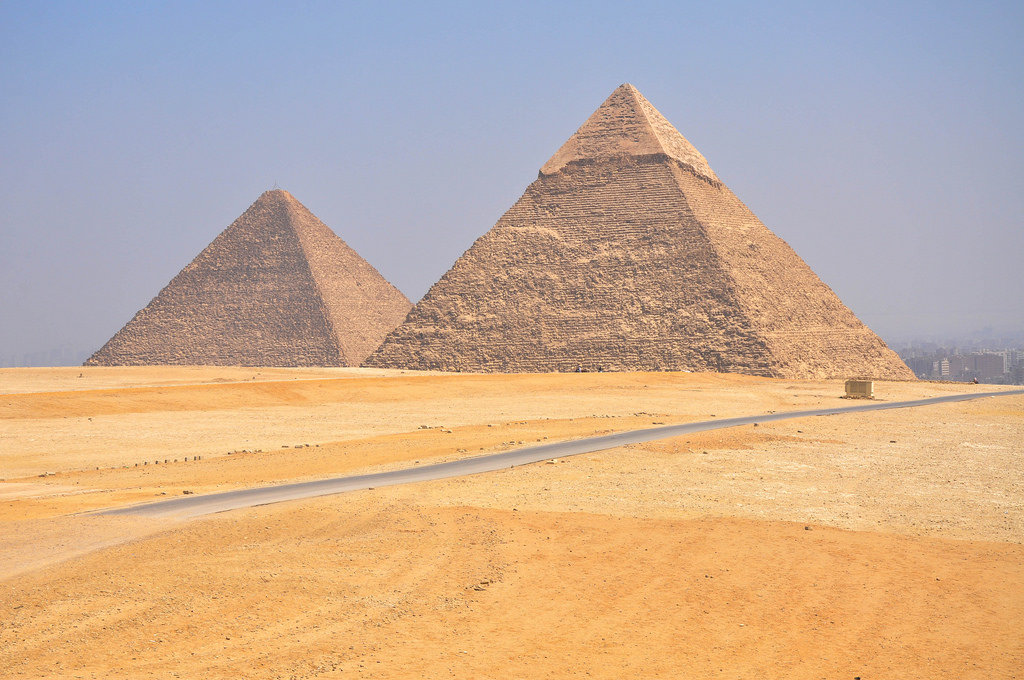 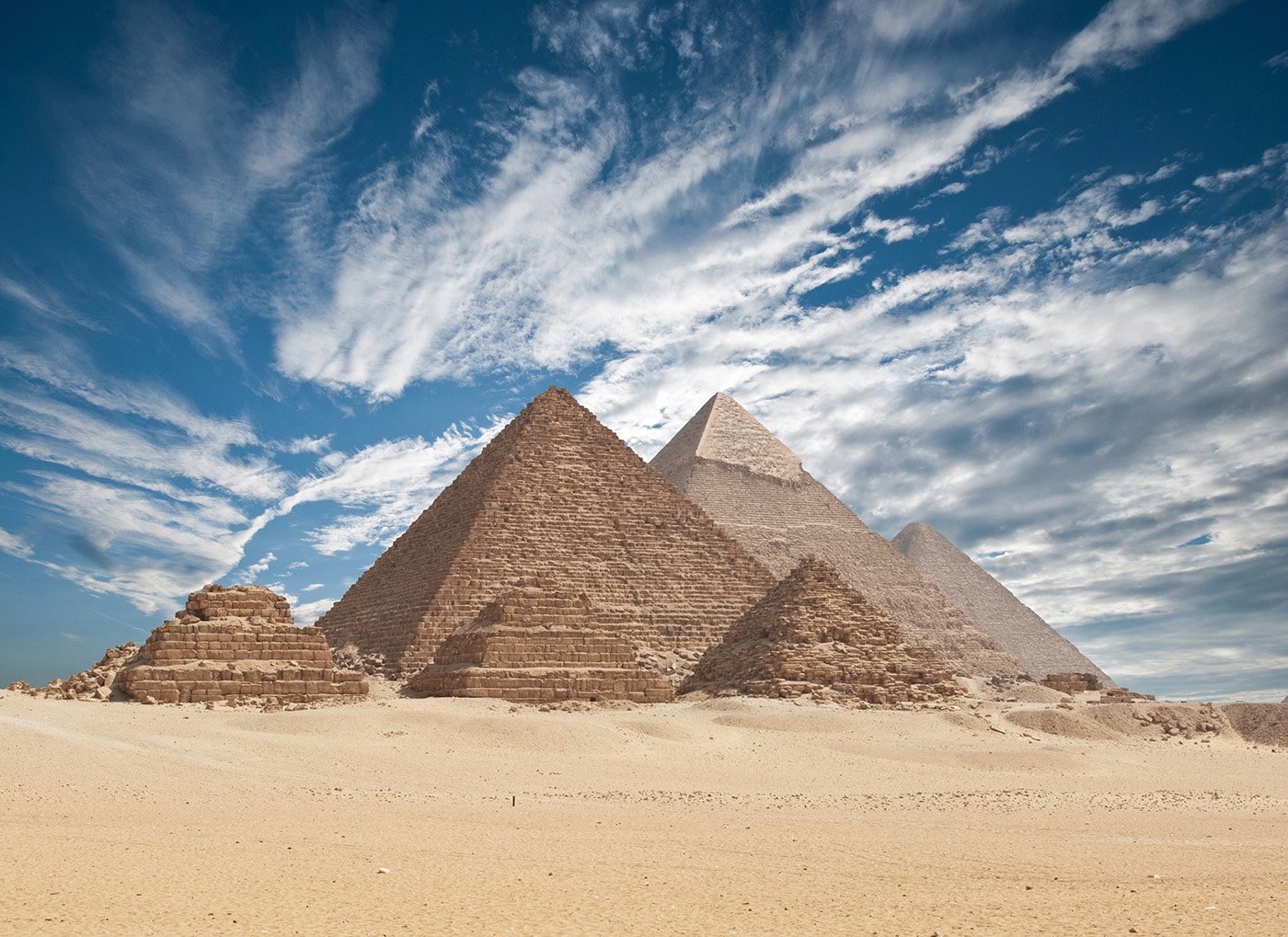 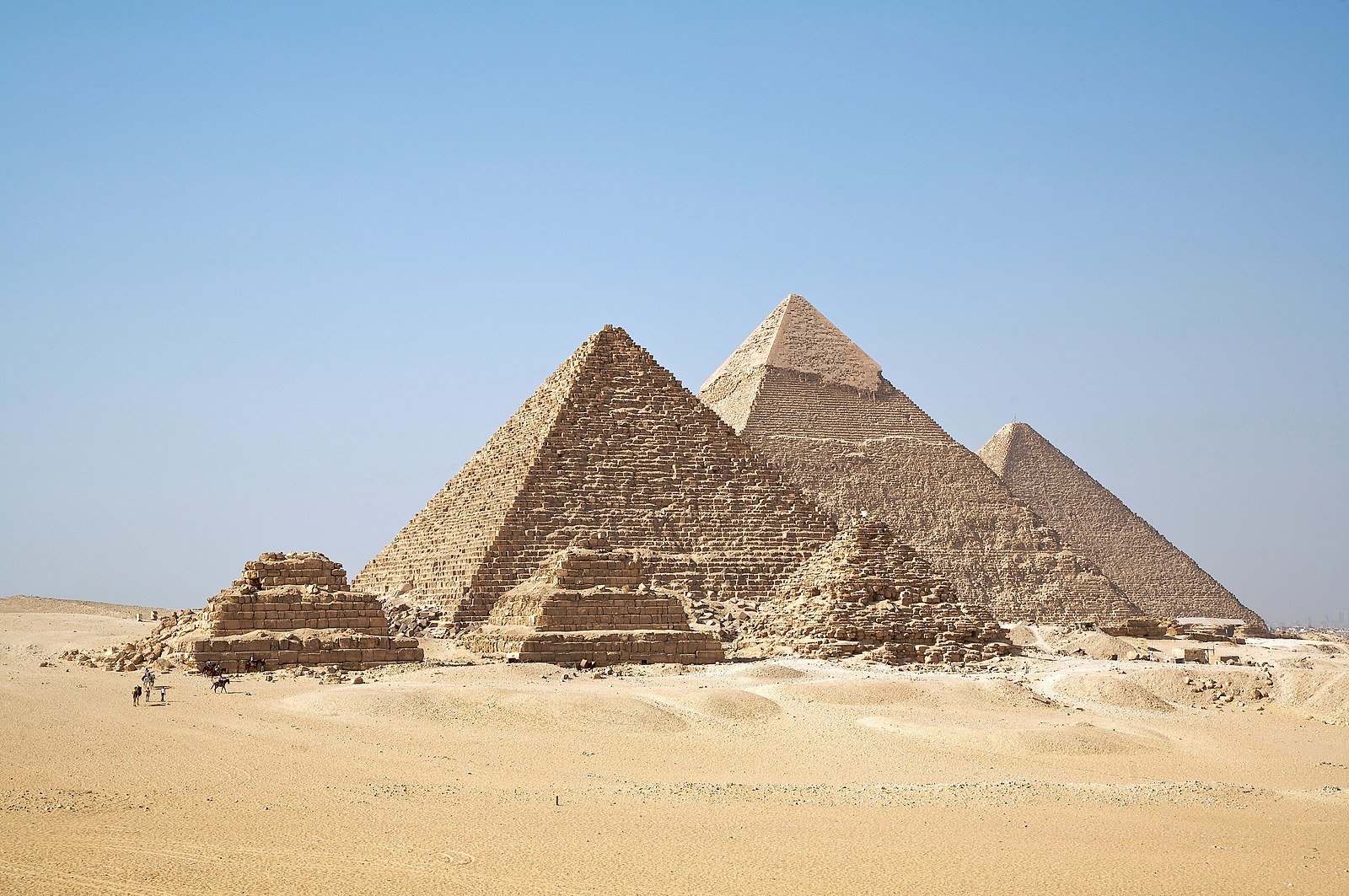 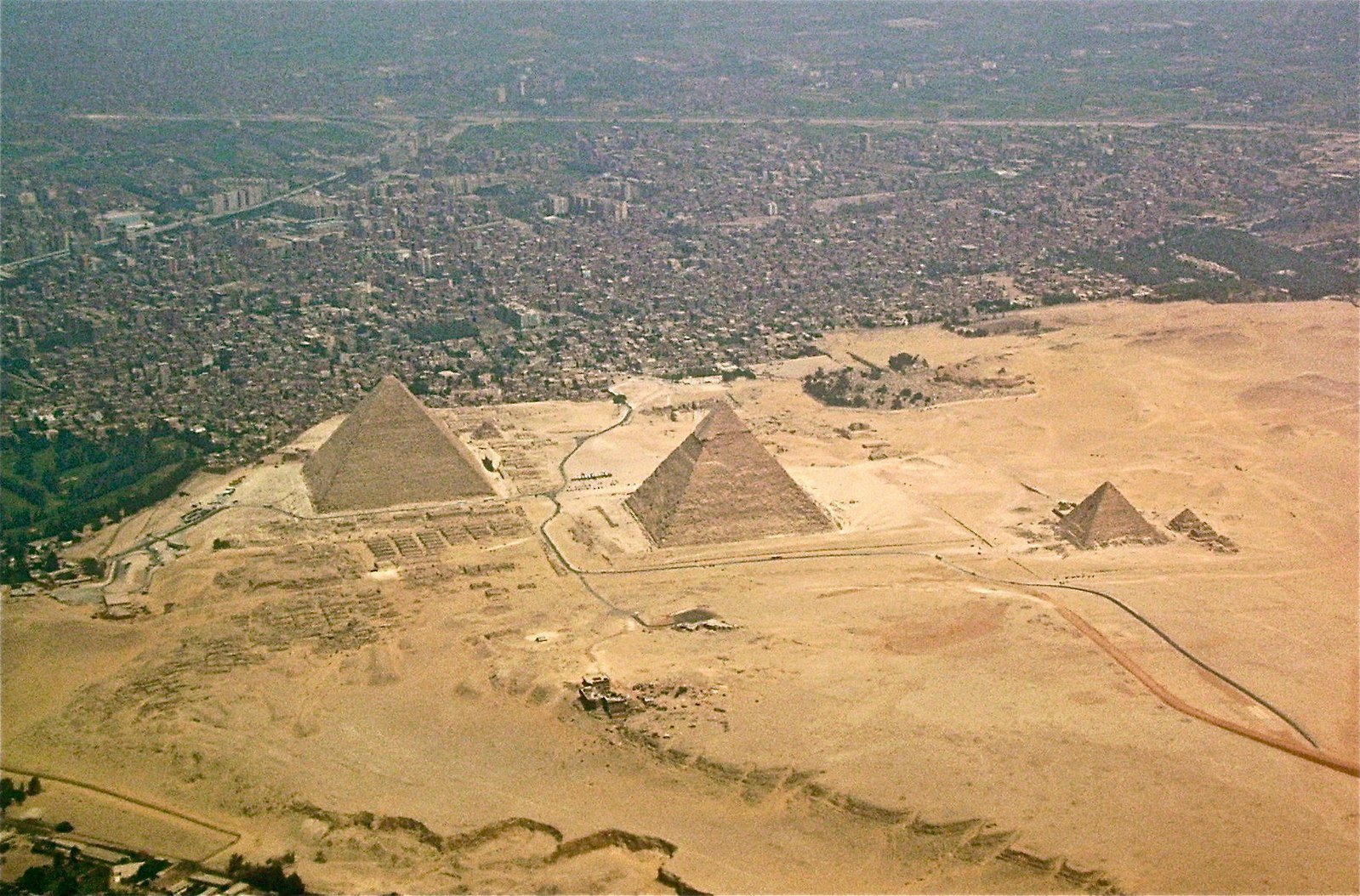 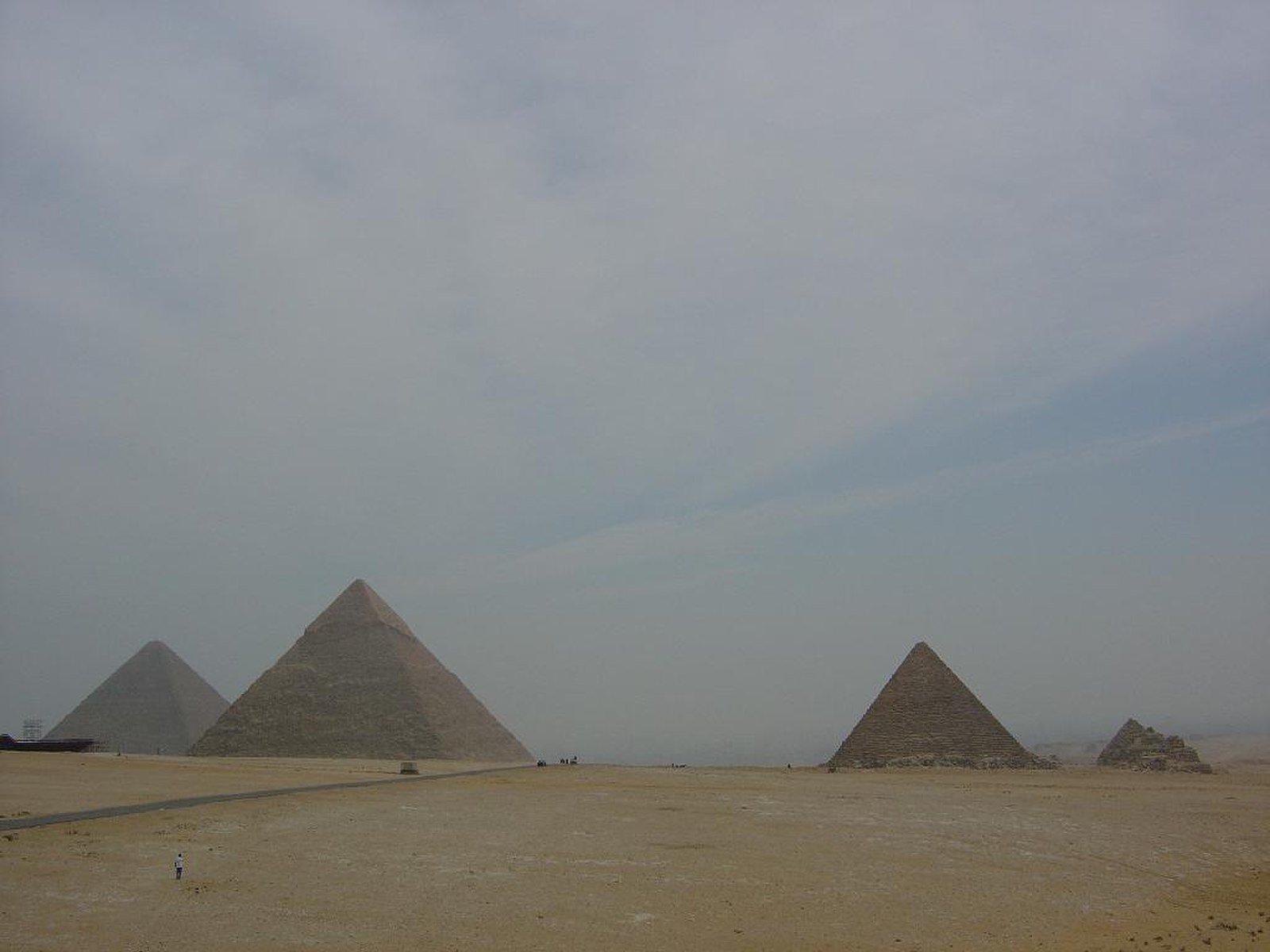 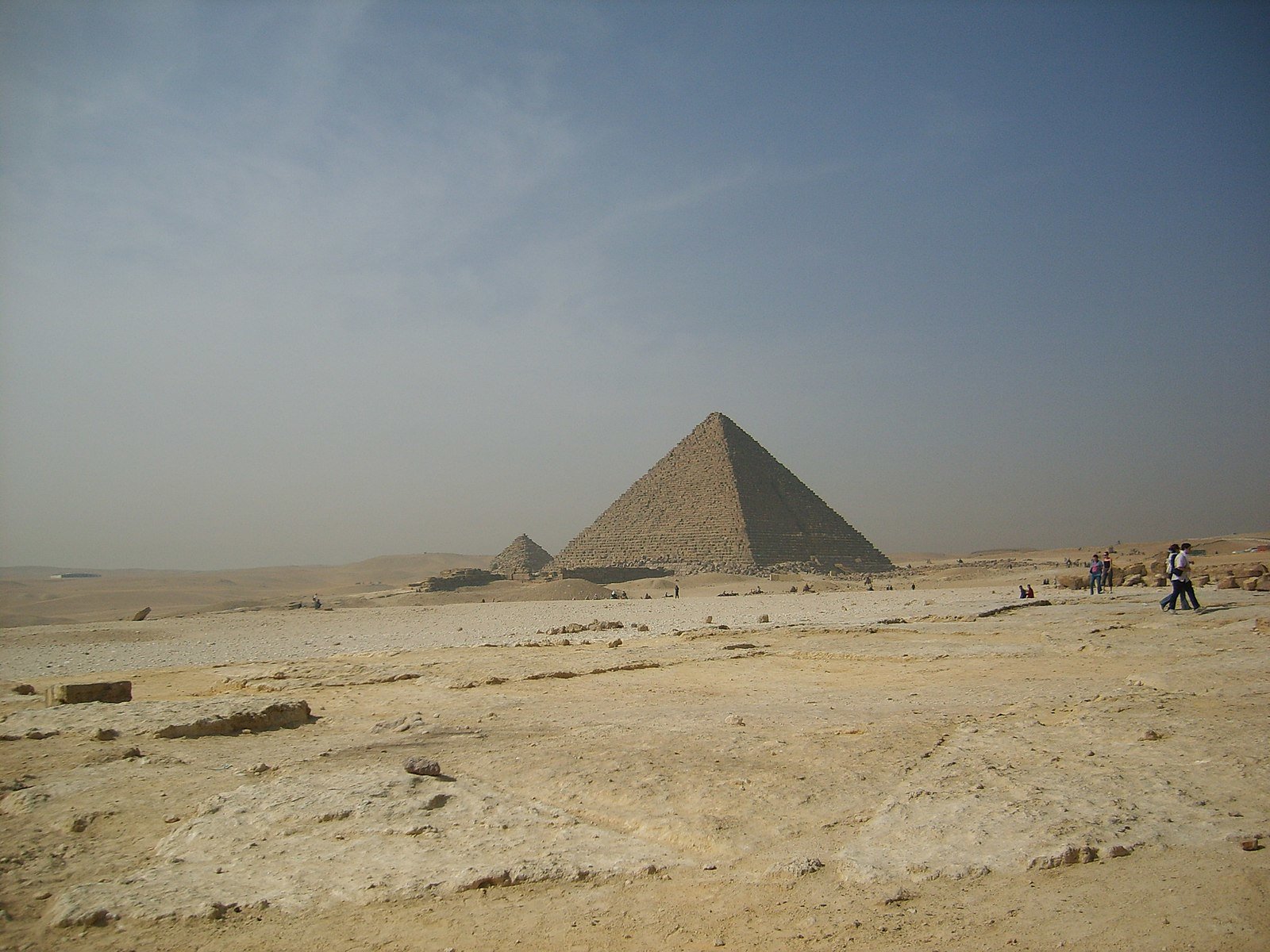 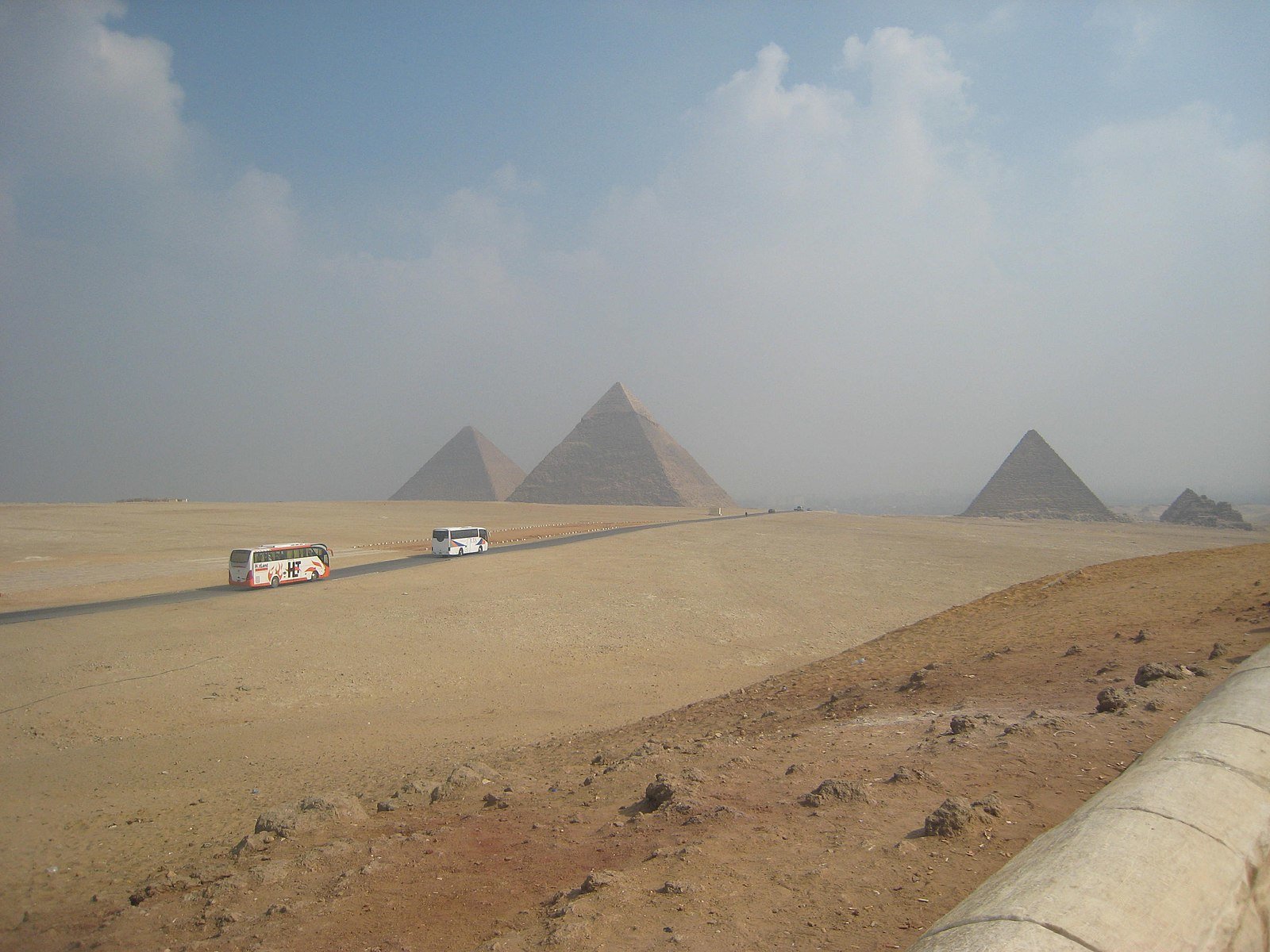 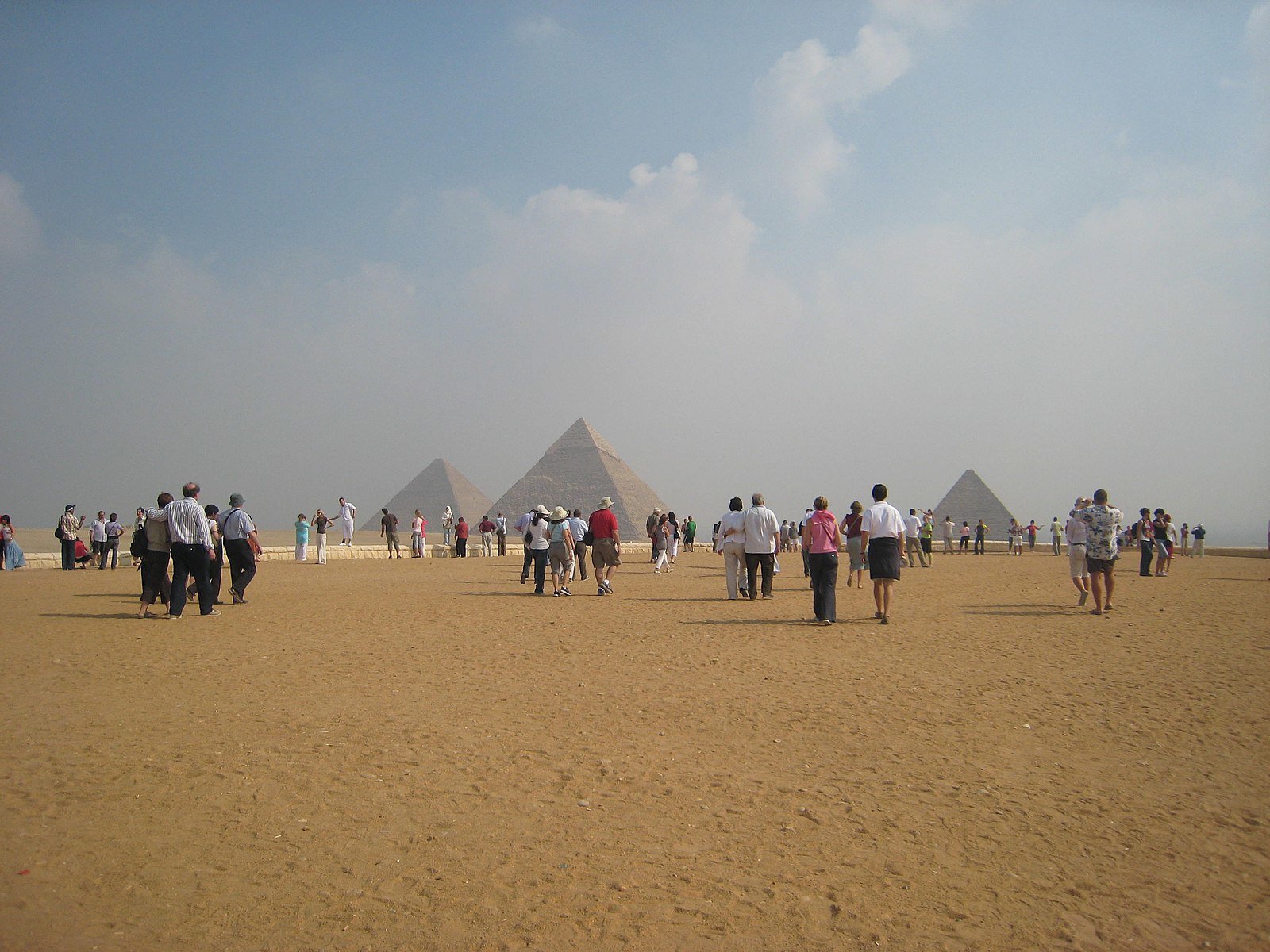 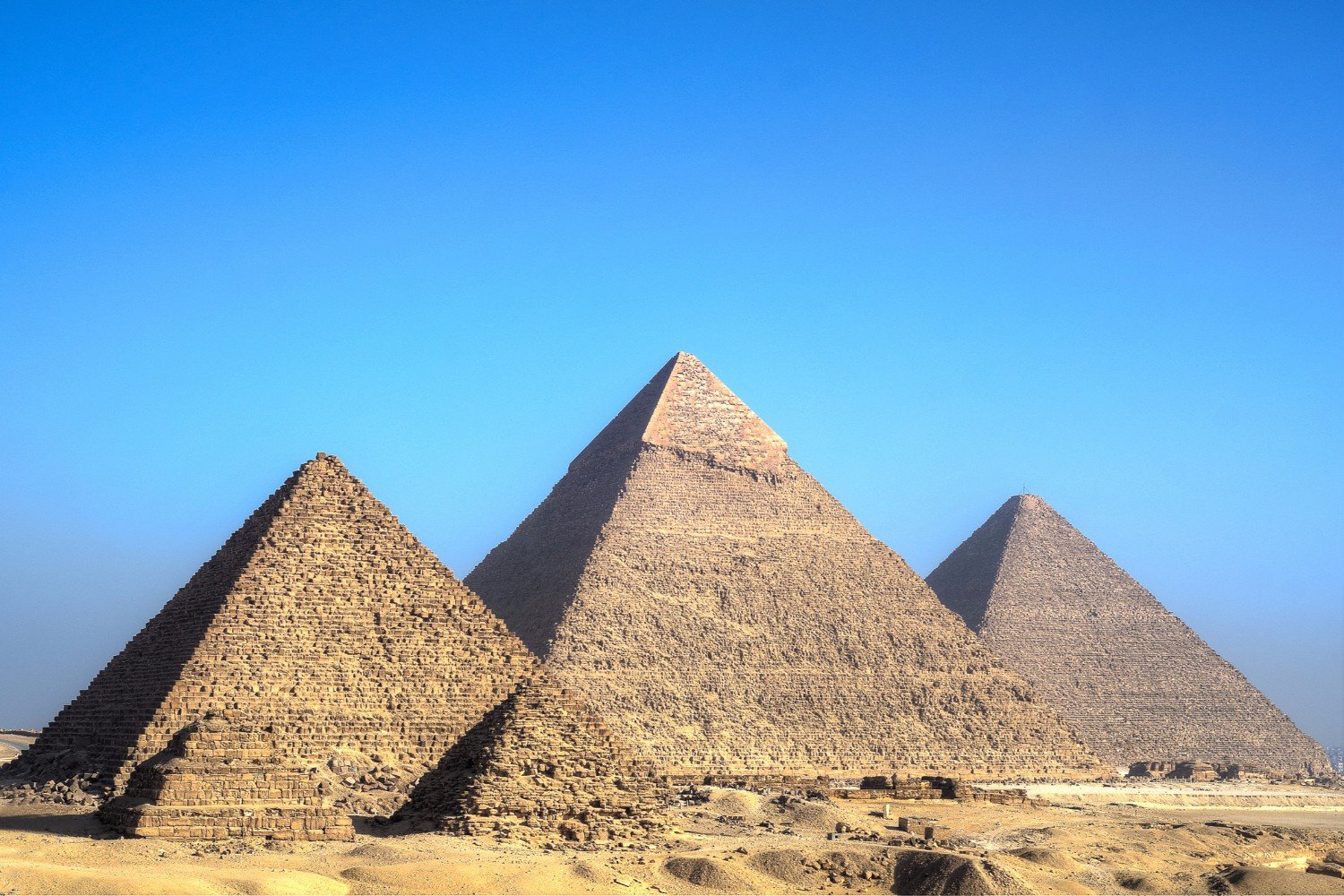