×
What are you looking for?
See all results
Zoological Natural Monuments in Gibraltar 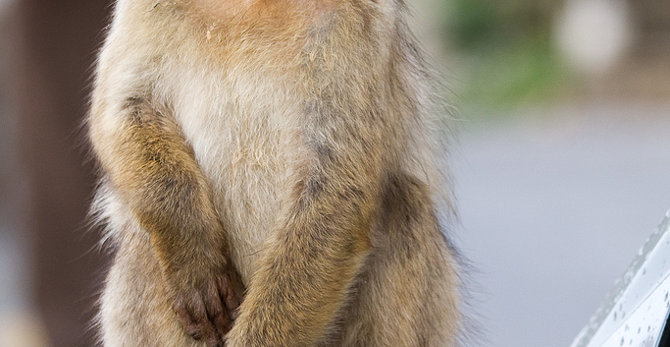 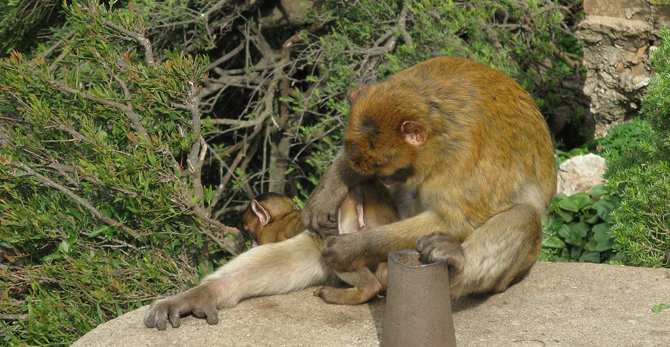 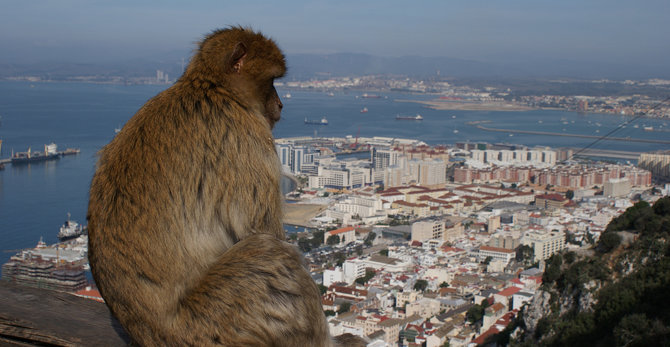 The Barbary Macaque population in Gibraltar is the last in the whole of the European continent, and, unlike that of North Africa, is thriving. At present there are some 230 animals in five troupes occupying the area of the Upper Rock, though occasional forays into the town may result in damages to personal property. As they are a tailless species, they are also known locally as Barbary Apes or Rock Apes, despite the fact that they are monkeys (Macaca sylvanus). Forming a double paradox, locals simply refer to them as monos (Spanish: monkeys) when conversing in Spanish or Llanito (the local vernacular).

Some scientists believe the Barbary Macaques were first introduced to Gibraltar from North Africa by the Moors (who occupied southern Iberia, including Spain and Portugal, between 711 and 1492), probably to be used as pets. On the other hand, it is possible that the original Gibraltar macaques were a remnant of populations that had spread throughout Southern Europe during the Pliocene, up to 5.5 million years ago.

One thing that is certain is that the macaque population has been present on The Rock long before Gibraltar became British in 1704. In 1610 Portillo wrote:

"But now let us speak of other and living producers which in spite of the asperity of the rock still maintain themselves in the mountain, there are monkeys, who may be called the true owners, with possession from time immemorial, always tenacious of the dominion, living for the most part on the eastern side in high and inaccessible chasms."

In 1782 Ayala, a Spanish historian like Portillo, wrote of the monkeys:

"Neither the incursions of Moor, the Spaniards nor the English, nor cannon nor bomb of either have been able to dislodge them."

]] The Barbary Macaques are considered by many to be the top tourist attraction in Gibraltar. The most popular troop is that of Queen's Gate at The Apes' Den, where people can get especially close to the monkeys. They will often approach and sometimes climb onto people, as they are used to human interaction. Nevertheless, they are still wild animals and will bite if frightened or annoyed.

The Barbary Macaques' contact with large numbers of tourists was causing the integrity of their social groups to break down, as they began to become dependent on humans. This induced the monkeys' urge to foray into the town, resulting in damages to personal property such as buildings, clothing and vehicles. For this reason, feeding the macaques in Gibraltar is now an offence punishable by law. Anyone caught feeding the monkeys will incur a penalty fine of up to £500.

The Gibraltar macaque population was under the care of the British Army and later the Gibraltar Regiment from 1915 to 1991, who carefully controlled a population that initially consisted of a single troop. An officer was appointed to supervise their welfare, and a food allowance of fruit, vegetables and nuts was included in the budget. Births were gazetted in true military fashion, and each new arrival was named. They were named after governors, brigadiers and high ranking officers. Any ill or injured monkey was taken to Royal Naval Hospital and received the same treatment as would an enlisted service man. Following the withdrawal of the British garrison, the Government of Gibraltar took over responsibility for the monkeys.

alongside two Gibraltar Barbary Macaques, looking down on the city of Gibraltar.]]

.]]The monkeys are currently managed by the Gibraltar Ornithological and Natural History Society (GONHS) and veterinarian expertise is provided by the Gibraltar Veterinary Clinic (GVC). The macaques receive a daily supply of fresh water and vegetables, fruit and seeds as supplement to natural food resources (leaves, olives, roots, seeds and flowers). The animals are caught on a regular basis in order to check their health status. Additionally, body size, weight and several other measures are taken. Finally, the animals are given a tattoo number and a micro chip as a means of identification. But tattoos are not the only way to recognise animals. Barbary macaques quite often show particular marks, scars or spots which can be used as distinguishing features. All monkeys are photographed and the pictures together with individual characteristics catalogued. Cataloguing work is carried out by the GONHS, and there are collaborative studies also with the Scientific Institute of Rabat-Agdal University (Morocco), University of Notre Dame (Indiana, USA), the University of Vienna (Austria), the German Primate Centre (Germany) and the University of Zurich (Switzerland).

Once every year, a census is conducted in order to actualise data and monitor reproductive success of the whole population. These demographic data are important for the management of the population generally, but also when it comes to the point of fertility regulation in selected individuals. Since Barbary macaque females reproduce well, the population on Gibraltar is steadily increasing, which in turn puts pressure on the limited habitat. Population control is therefore an essential part of the effective management of the Gibraltar monkey population.

A popular belief holds that as long as Barbary Macaques exist on Gibraltar, the territory will remain under British rule. In 1942 (during World War II), after the population dwindled to just a handful of individuals (just seven monkeys), British Prime Minister Sir Winston Churchill ordered that their numbers be replenished immediately from forest fragments in both Morocco and Algeria because of this traditional belief.

A story tells that Gibraltar is linked to Africa by a passage over 15 miles (24 km) long which begins at Lower St. Michael's Cave and passes under the Strait of Gibraltar. Legend has it that the Barbary Macaques entered The Rock from Morocco this way.

Tips & Hints
Arrange By:
Popular first New first
There are no tips nor hints for Gibraltar Barbary Macaques yet. Maybe be you will be the first one to post useful information for fellow travellers? :)

Møns Klint, English: the Cliffs of Møn, is an impressive landmark a 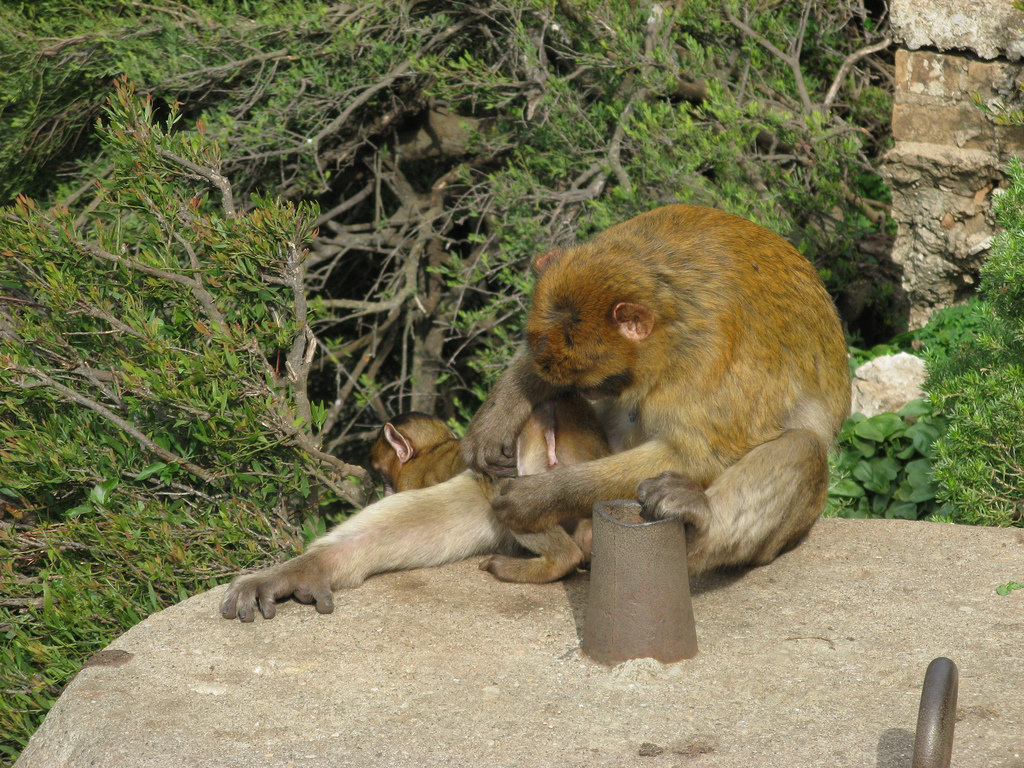 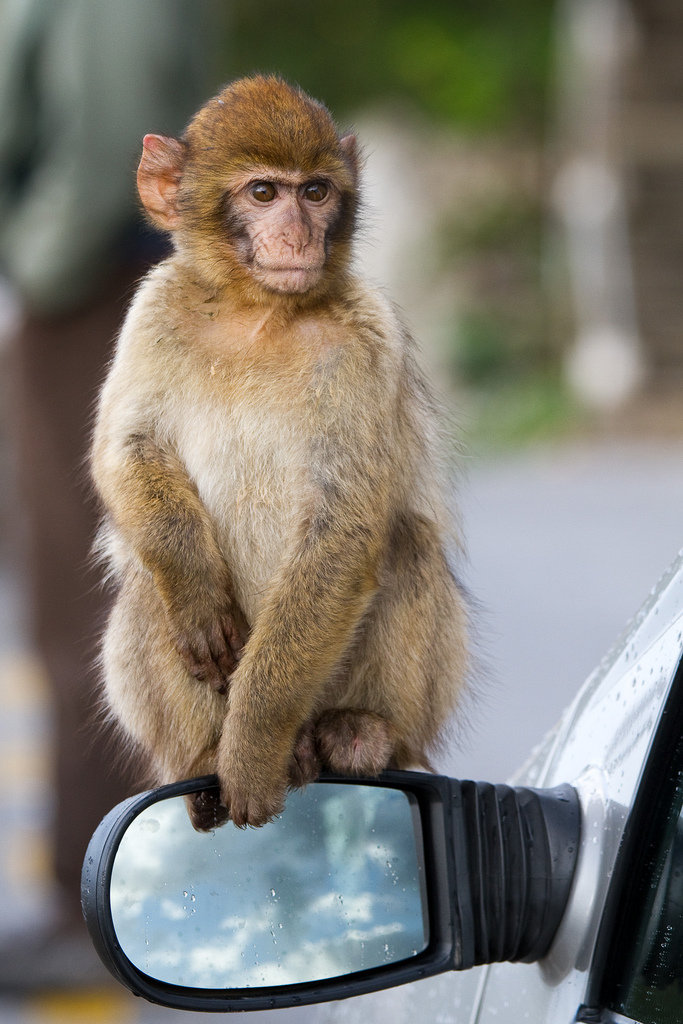 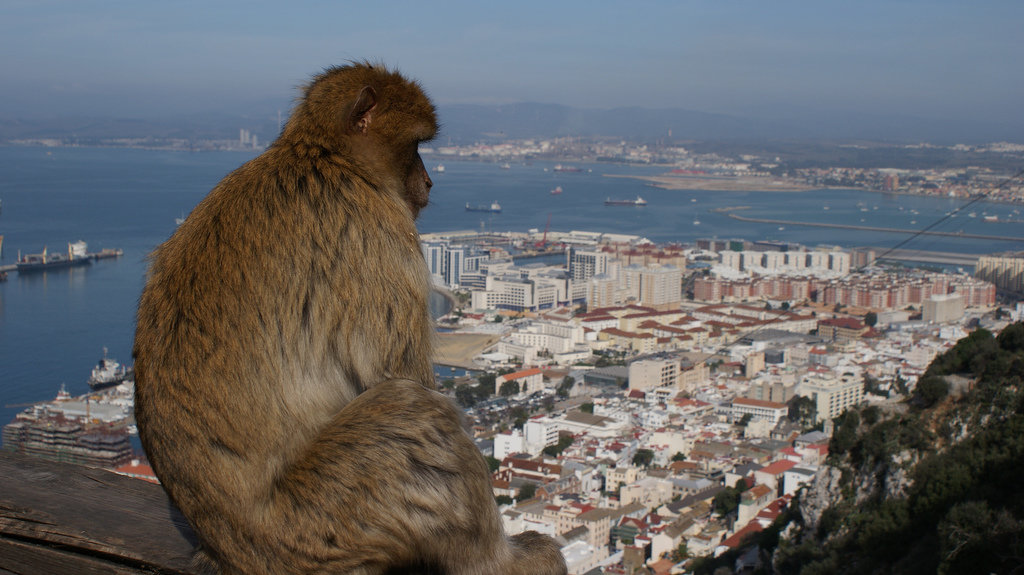 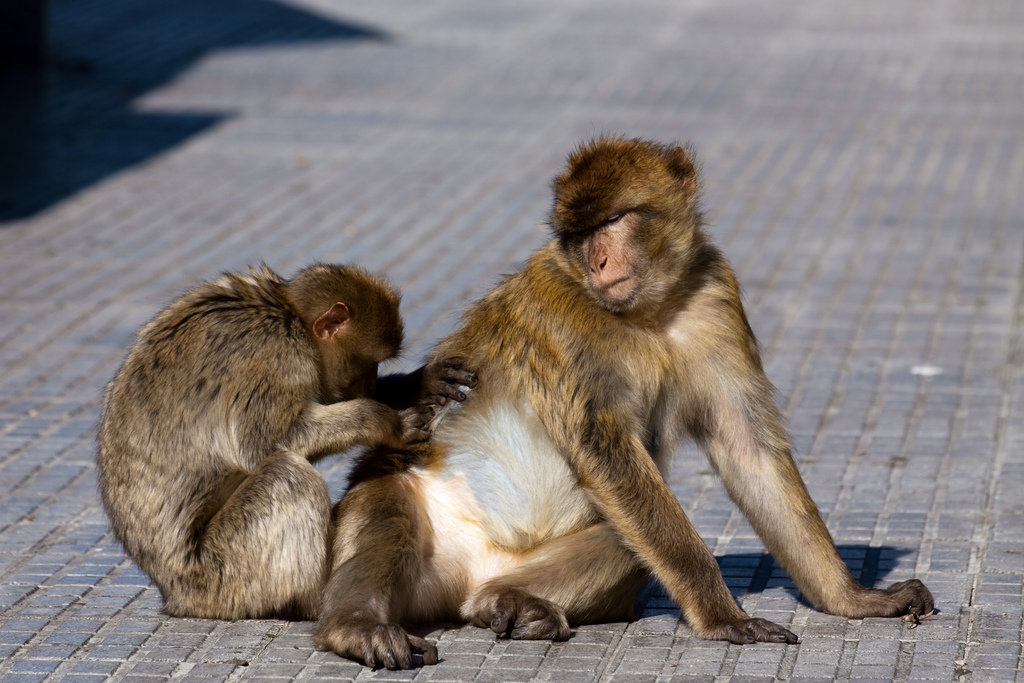 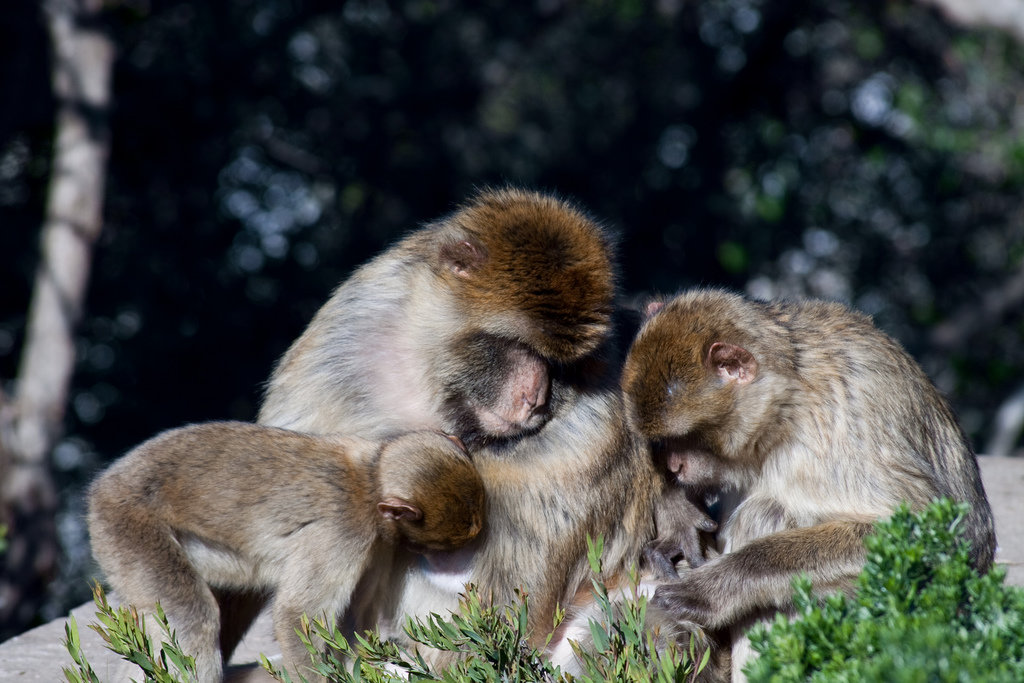 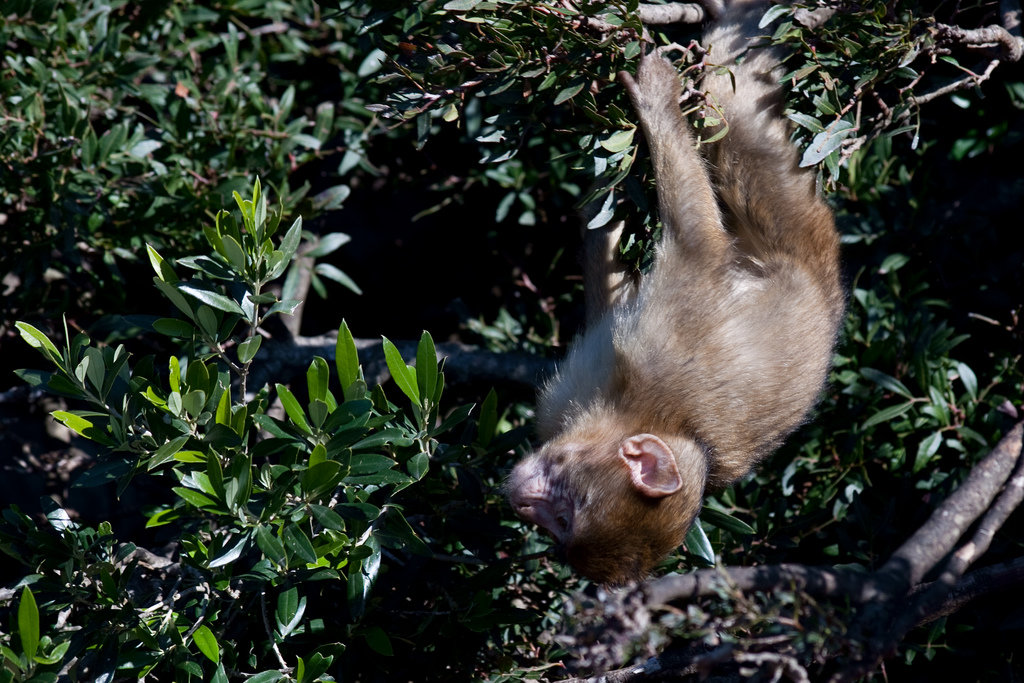 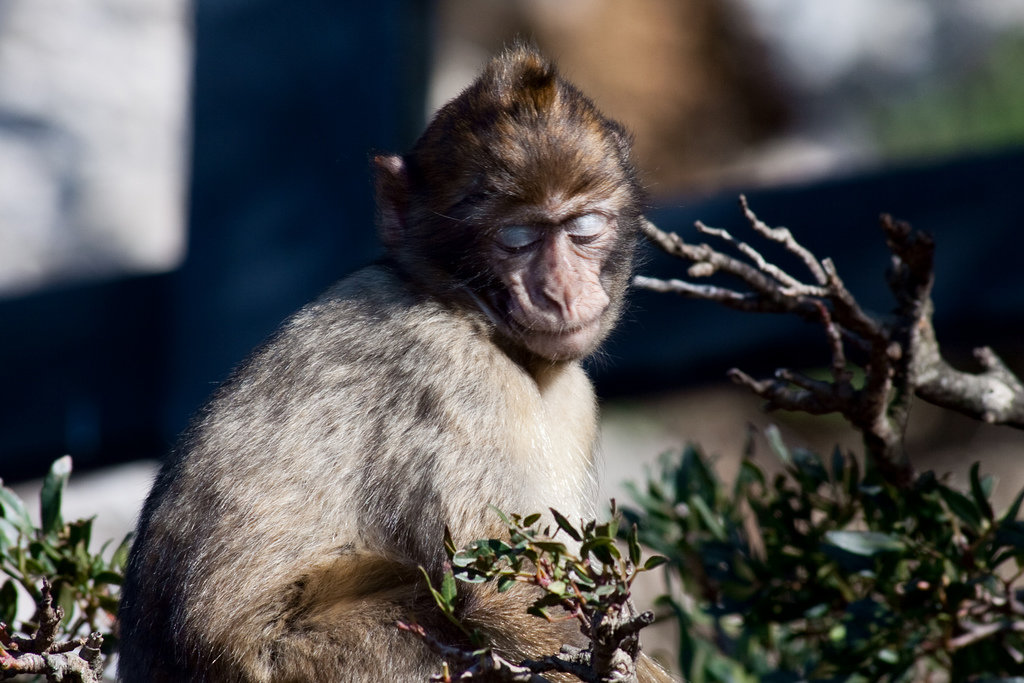 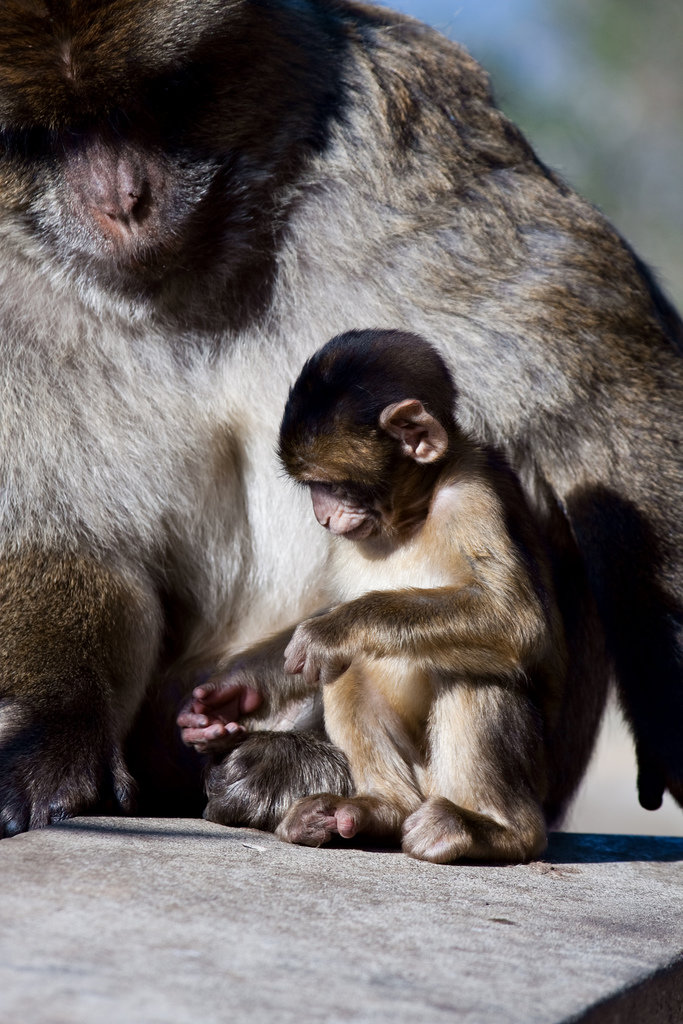 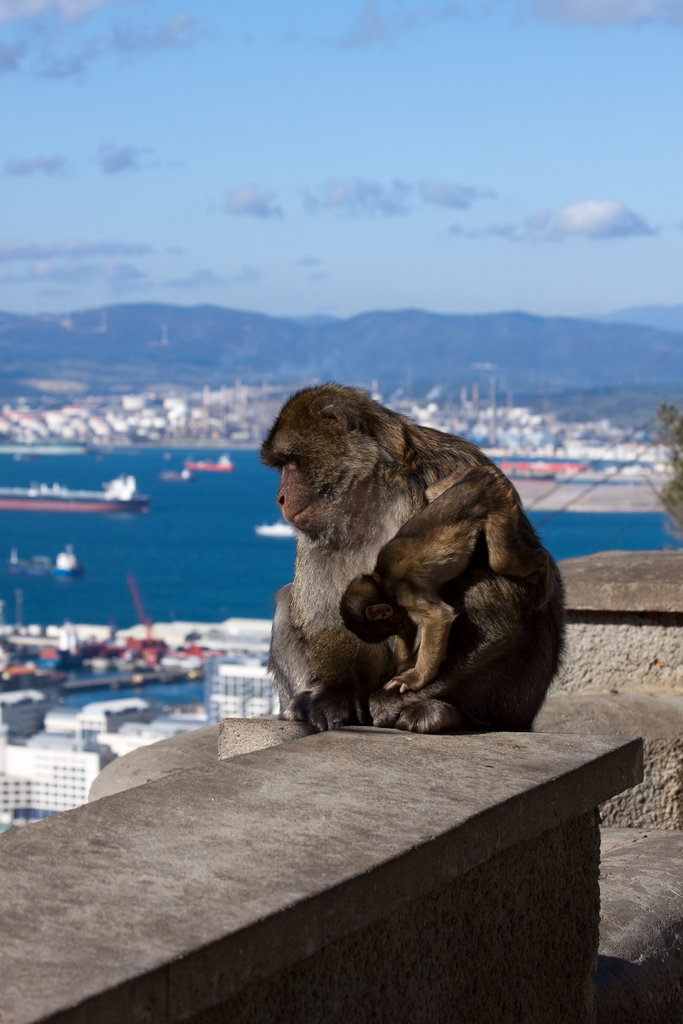 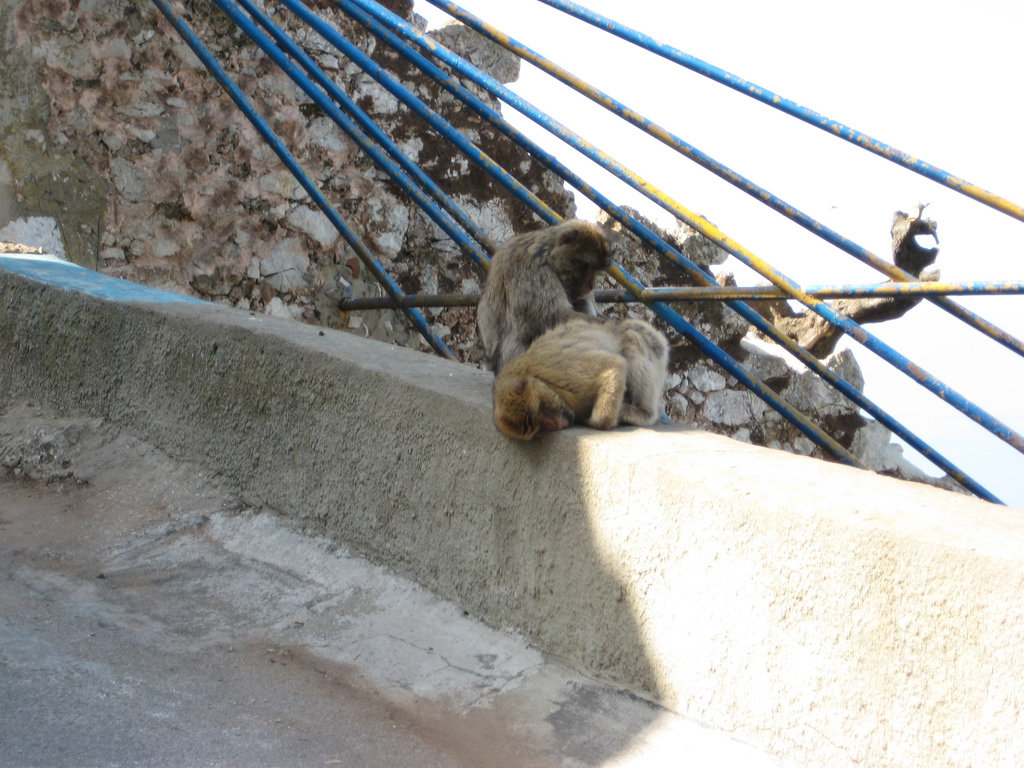 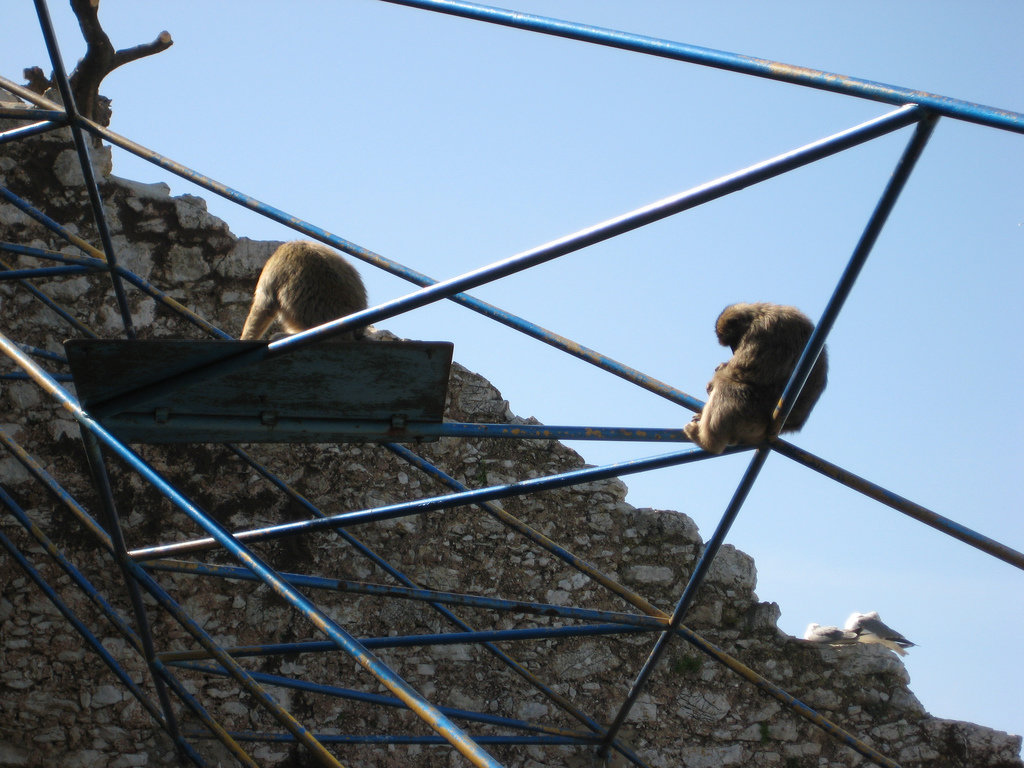 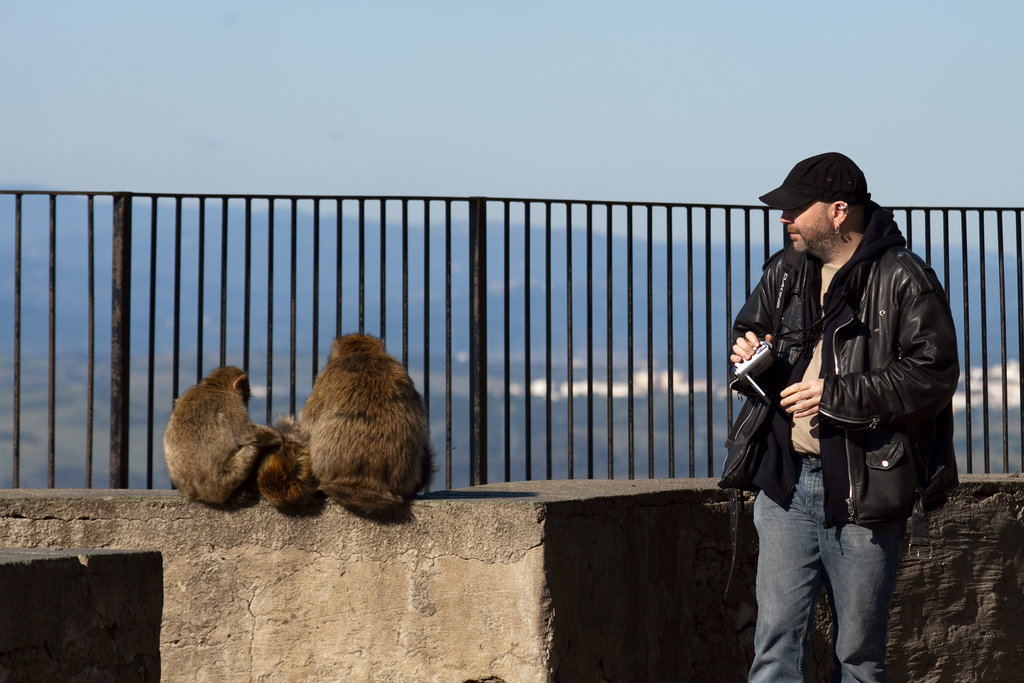 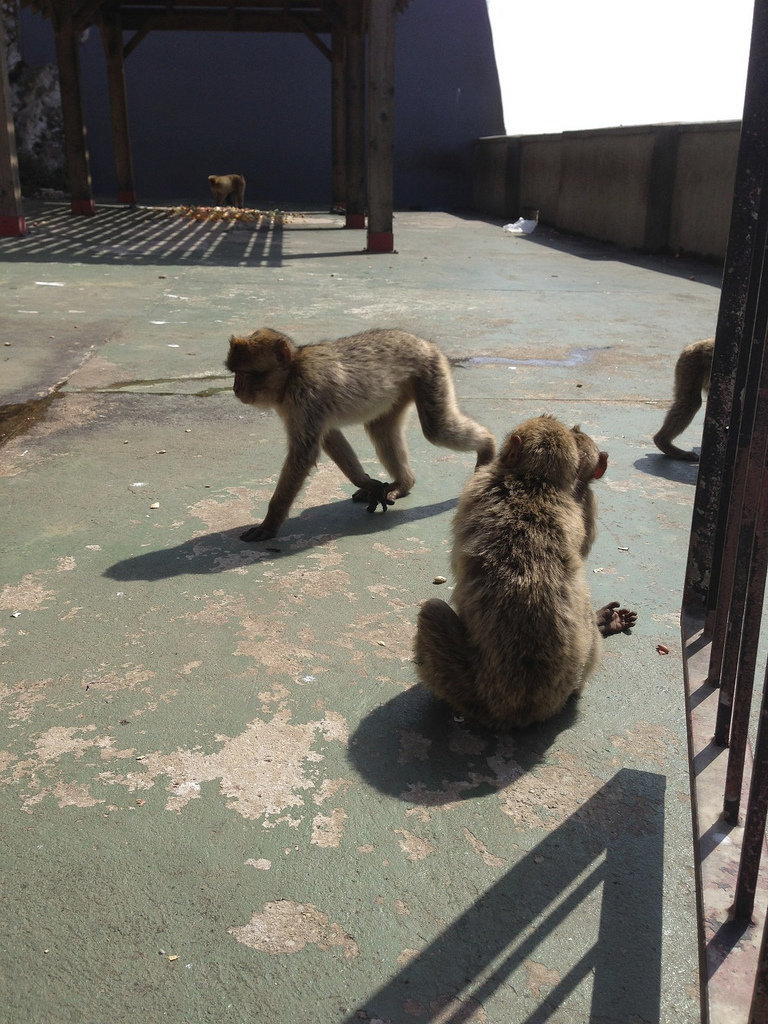 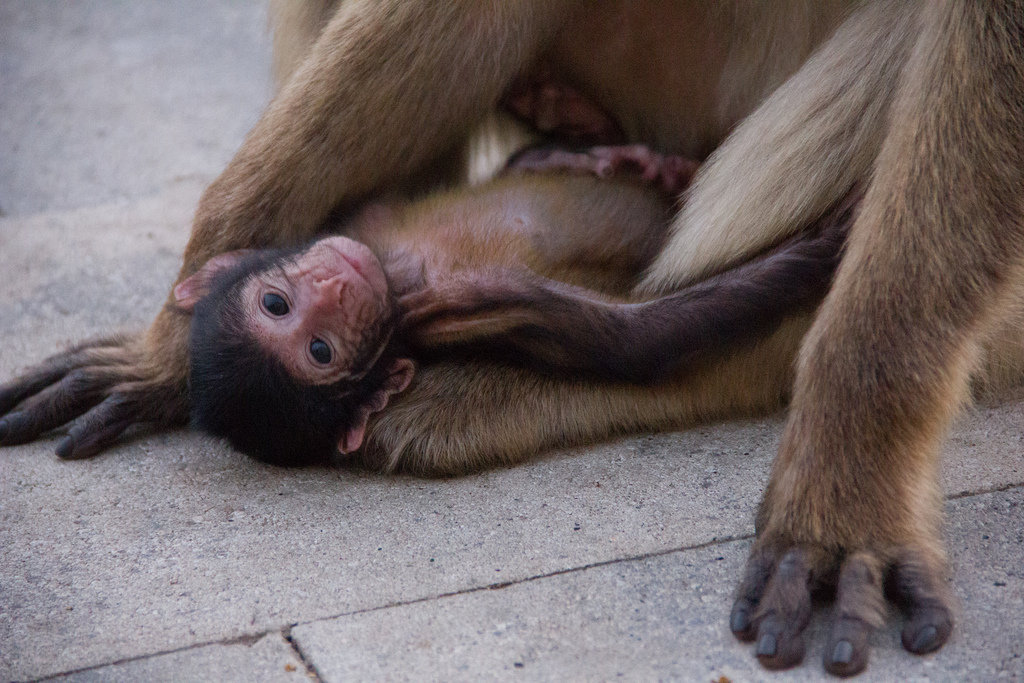 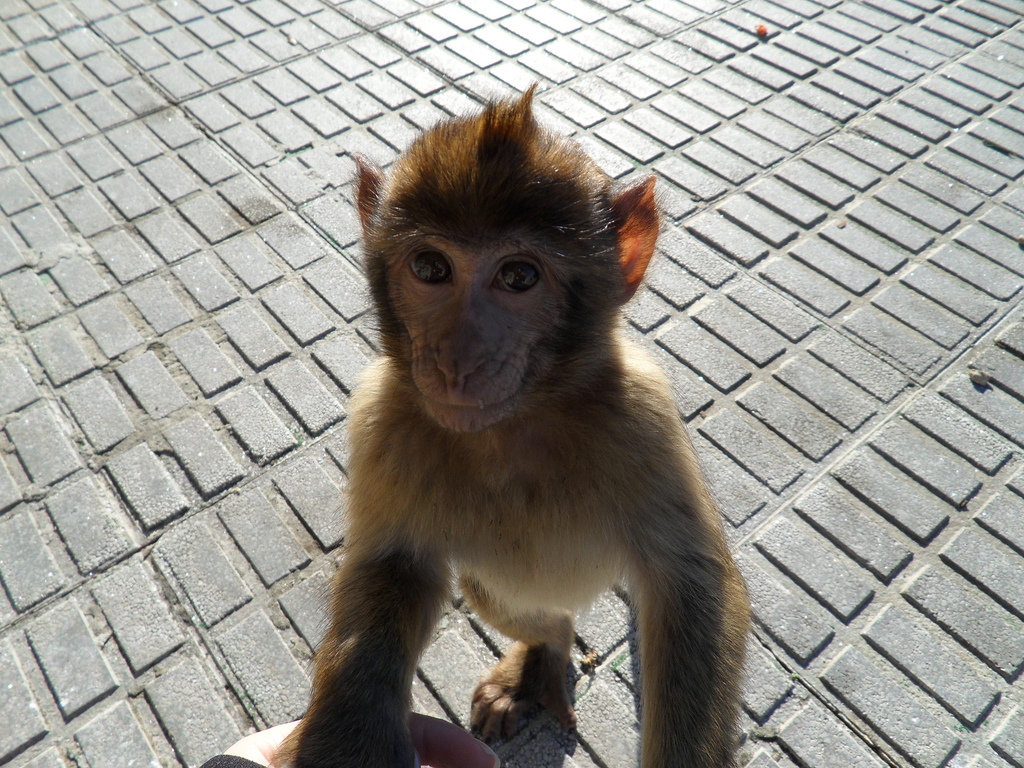