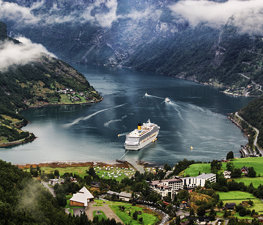 The Geiranger fjord (Geirangerfjorden) is a fjord in the Sunnmøre region, located in the southernmost part of the county Møre og Romsdal in Norway. It is a 15 km long branch of the Storfjord (Great Fjord). At the head in the fjord lies the small village of Geiranger.

The fjord is one of Norway's most visited tourist sites and has been listed as a UNESCO World Heritage Site, jointly with Nærøyfjord, since 2005, although this status is now threatened by the disputed plans to build power lines across the fjord.

The Geirangerfjord is under constant threat from the mountain Åkerneset which is about to erode into the fjord. A collapse would produce a tsunami, hitting several nearby towns including Geiranger and Hellesylt in about ten minutes.

Along the fjord's sides there lie a number of now abandoned farms. Some restoration has been made by the 'Storfjordens venner' association (see external link below). The most commonly visited among these are Skageflå, Knivsflå, and Blomberg. Skageflå may also be reached on foot from Geiranger, while the others require a boat excursion. The fjord is also host to several impressive waterfalls.

A car ferry, which doubles as a sightseeing trip, is operated by Fjord1. It runs lengthwise along the fjord between the small towns of Geiranger and Hellesylt.

The two most notable waterfalls in the Geirangerfjord are the Seven Sisters and the Suitor (also called 'the Wooer'). The two falls face one another across the fjord, and the Suitor is said to be trying to woo the sisters opposite.

The Bridal Veil is another waterfall in the fjord, so named because it falls delicately over one rocky edge, and when seen backlit by the sun it has the appearance of a thin veil over the rocks.

Sailing through Geiranger fjord on 'the world's most beautiful sea voyage'. After see — Niels Wergin-Cheek @ Flickr

Cooper Smith
If you keep a bucket list of places to visit before you die, Geirangerfjorden absolutely belongs on there. If you don't, this is a great place to start

Onur Koray
Wonderful place to visit but you'll probably go insane if you stay here for more than a month.

Christoffer Engström
This was my first fjord and it was beautiful!

The Seven Sisters (no: Syv Søstre, or Syv Systre) is a waterfall

Geiranger Church (Norwegian: Geiranger kyrkje) is a parish church in

Jostedalsbreen nasjonalparksenter lies near to Loen by Stryn. It is a

Jostedalsbreen National Park is a national park in Norway that 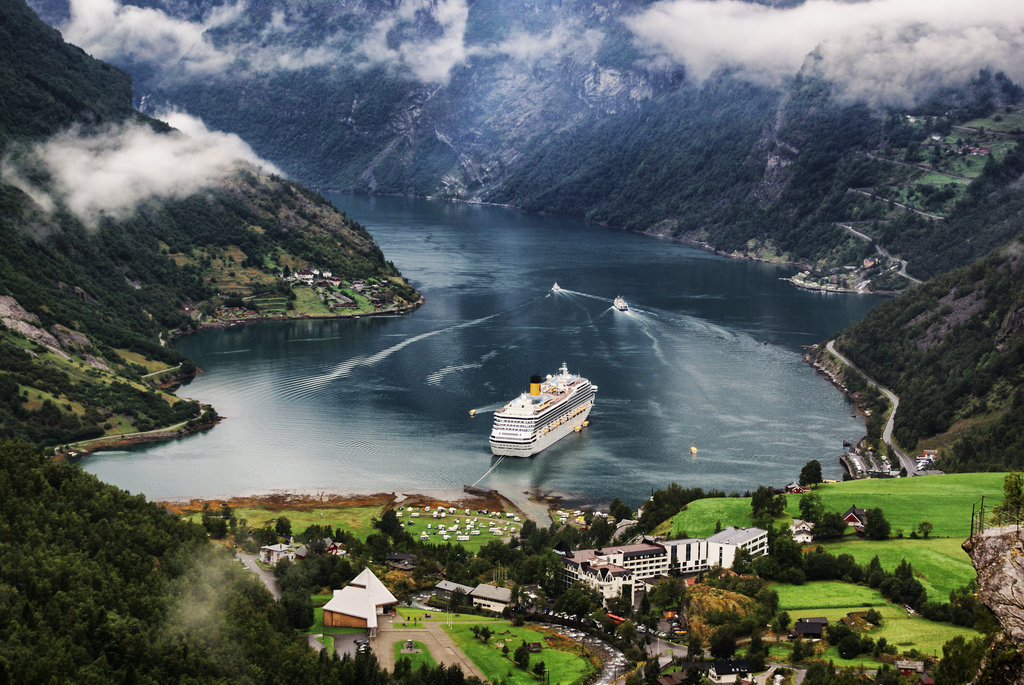 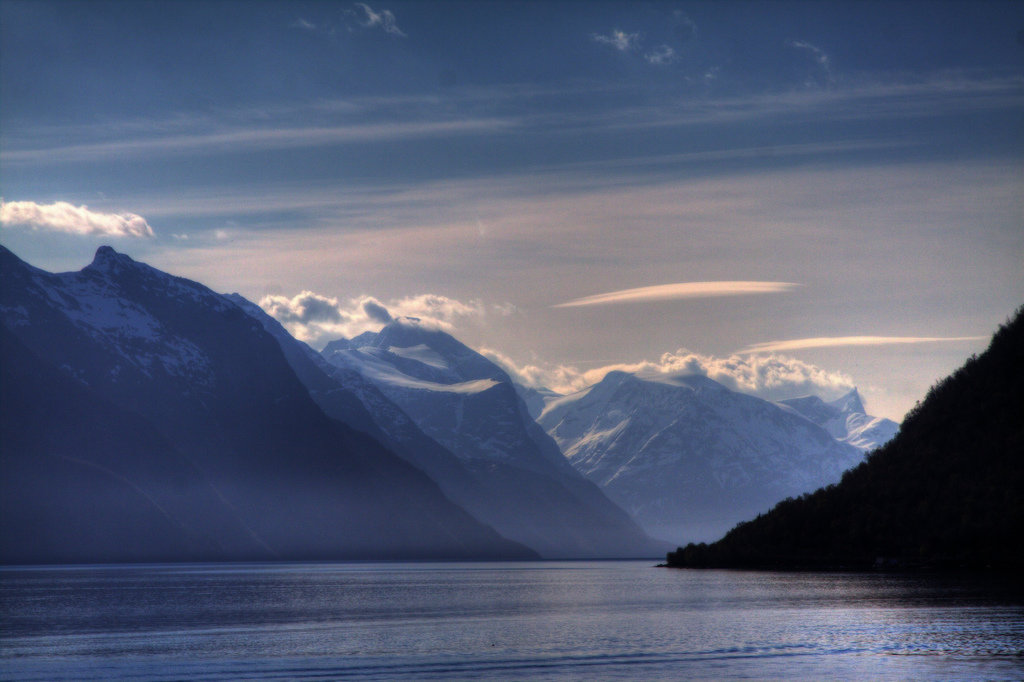 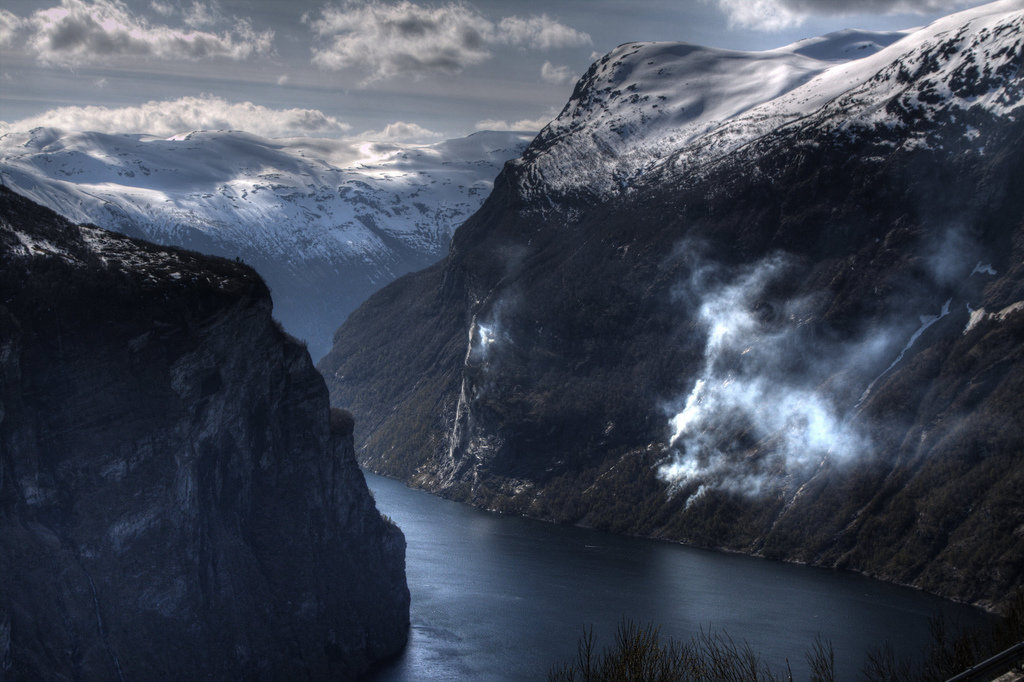 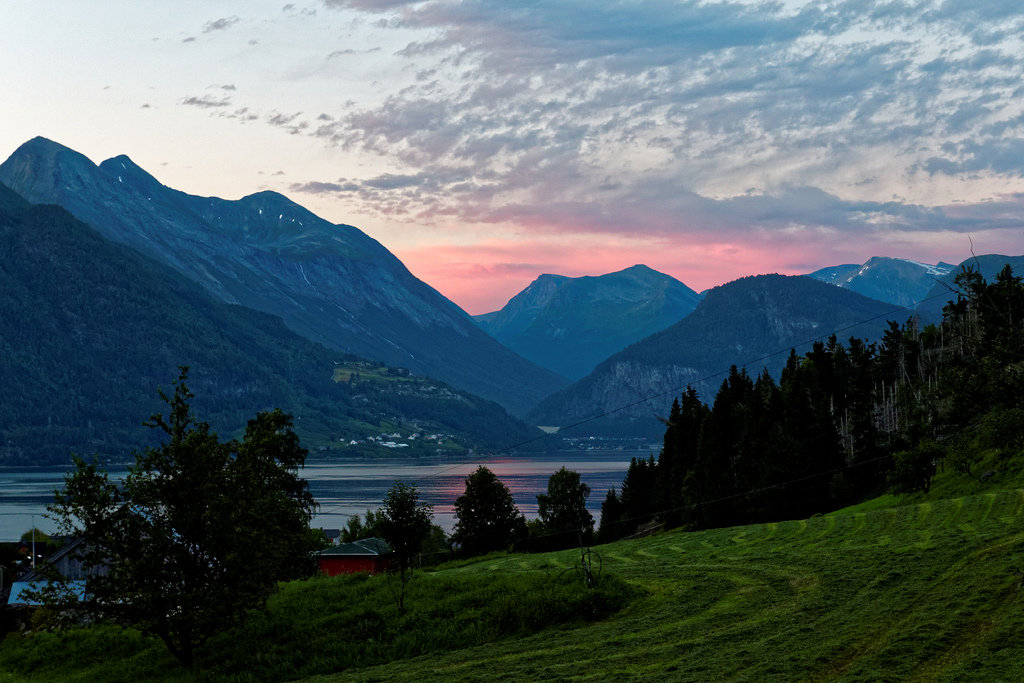