×
What are you looking for?
See all results
Triumphal arches in Mumbai 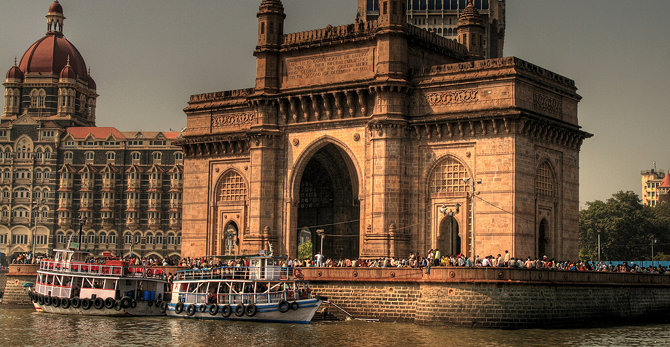 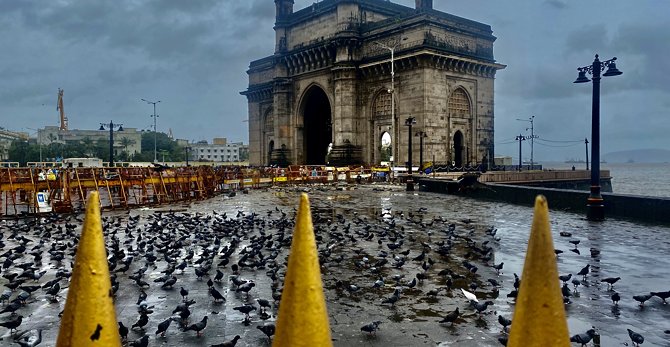 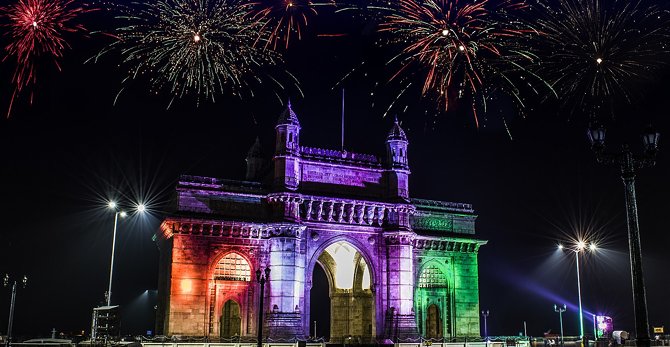 The Gateway of India (Marathi: भारताचे प्रवेशद्वार) is a monument in Mumbai (formerly Bombay), India. Located on the waterfront in Apollo Bunder area in South Mumbai, the Gateway is a basalt arch 26 metres (85 ft) high. It was a crude jetty used by fisher folks and was later renovated and used as a landing place for British governors and other distinguished personages. In earlier times, the Gateway was the monument that visitors arriving by boat would have first seen in the city of Bombay.

Its design is a combination of both Hindu and Muslim architectural styles, the arch is in Muslim style while the decorations are in Hindu style. The Gateway is built from yellow basalt and reinforced concrete. The stone was locally obtained, and the perforated screens were brought from Gwalior.

The central dome is 15 metres (49 ft) in diameter and is 26 metres (85 ft) above ground at its highest point. The whole harbour front was realigned in order to come in line with a planned esplanade which would sweep down to the centre of the town. The cost of the construction was Rs. 21 lakhs (2,100,000), borne mainly by the Government of India. For lack of funds, the approach road was never built, and so the Gateway stands at an angle to the road leading up to it.

The Gateway of India was built to commemorate the visit of King George V and Queen Mary to Bombay, prior to the Delhi Durbar, in December 1911. The foundation stone was laid on 31 March 1911, by the Governor of Bombay Sir George Sydenham Clarke, with the final design of George Wittet sanctioned in August 1914. Between 1915 and 1919 work proceeded on reclamations at Apollo Bundar (Port)for the land on which the gateway and the new sea wall would be built. The foundations were completed in 1920, and construction was finished in 1924. The Gateway was opened on 4 December 1924, by the Viceroy, the Earl of Reading.

Gammon India claims that it did India's first pre-cast reinforced concrete job for the foundation of the Gateway of India.

The last British troops to leave India, the First Battalion of the Somerset Light Infantry, passed through the Gateway in a ceremony on 28 February 1948.

From here people can visit Elephanta Caves by ferry boats. There are luxury boats which takes visitors around the harbour for couple of hours. In front of Gateway of India, there is a statue of Chatrapati Shivaji Maharaj the independent Hindu kingdom of.

The Artificial
This view never disappoints! Take a stroll around the monument or catch a ferry around the Arabian Sea. You can also take a day ferry to the Elephanta Caves or hire a private sunset sail.

Aditya Nath
built in order to welcome the king and since then stands proudly. Fun fact: it was built after the taj hotel which stands in front of it as well. Standing there after 11 pm is prohibited

HISTORY TV18
The Gateway of India was built during British Raj in Mumbai which is a basalt arch 85 feet high. It was erected to commemorate the landing of King George V & Queen Mary at Apollo Bunder in 1911.

Mada ????
The best experience that I ever had when I travelled to India. It is so beautiful ???? at this gate, many religious festivals take place & if you are lucky, you have stay at the Taj Mahel hotel & watch

Midia
a very crowded place .gateway architecture is amazing here is a must go placs that you don't pay for it.there are lots of ferries there for Elephanta island that you can buy the ticket for 200 roopies

Gateway of India on Foursquare

The Jehangir Art Gallery is an art gallery in Mumbai (India). It was

Marine Drive is a 3.6-kilometre-long Boulevard in South Mumbai in the

Mahalaxmi Temple (Marathi: महालक्ष्मी मंदिर) is one of th

The Worli Fort (Marathi: वरळी किल्ला) is a fort built by the Britis

The Siegestor (en: Victory Gate) in Munich, is a three-arched

Add to wishlist
I've been here
Visited
Arch of Hadrian

The India Gate is the national monument of IndiaШаблон:Citation neede 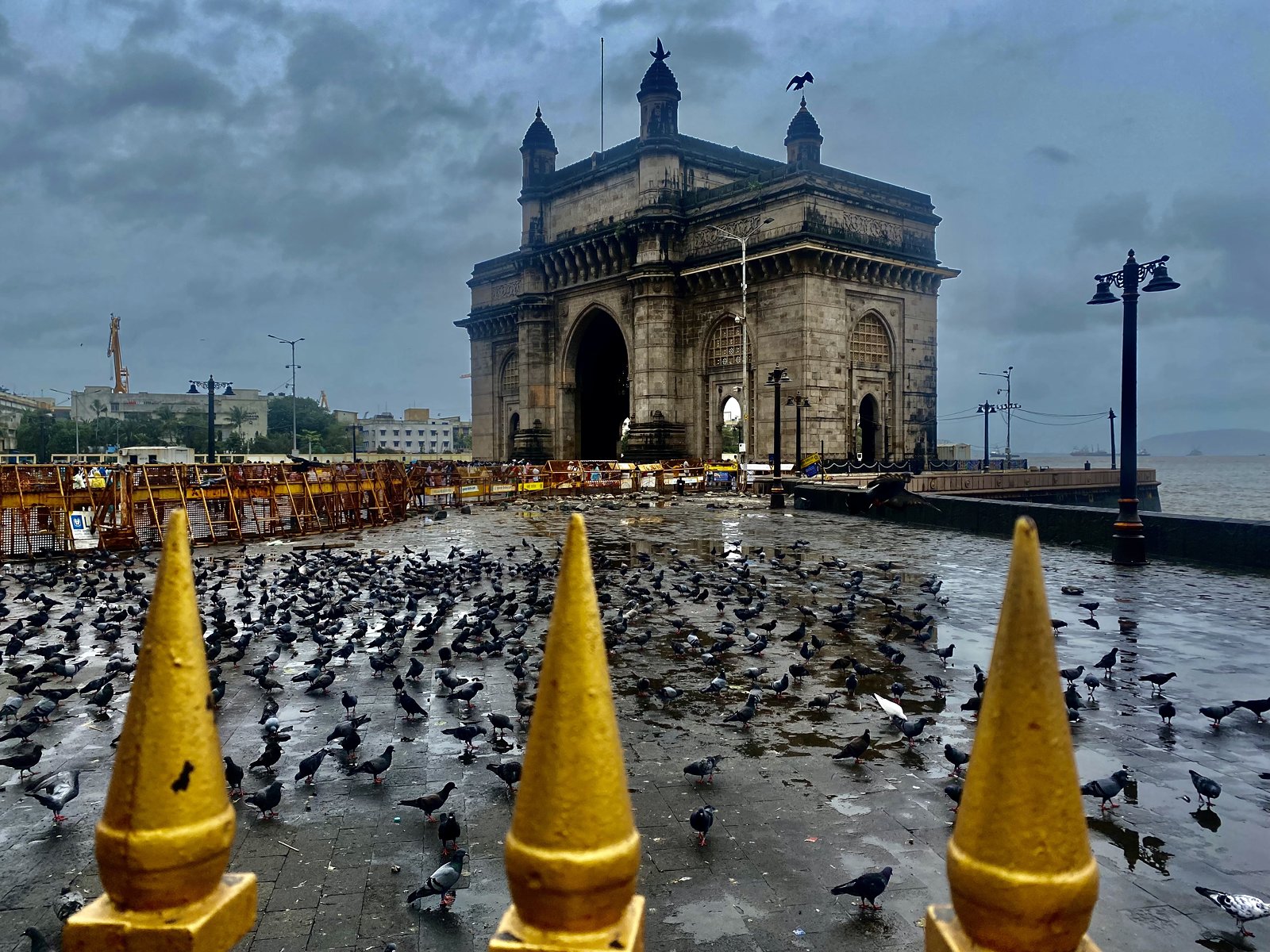 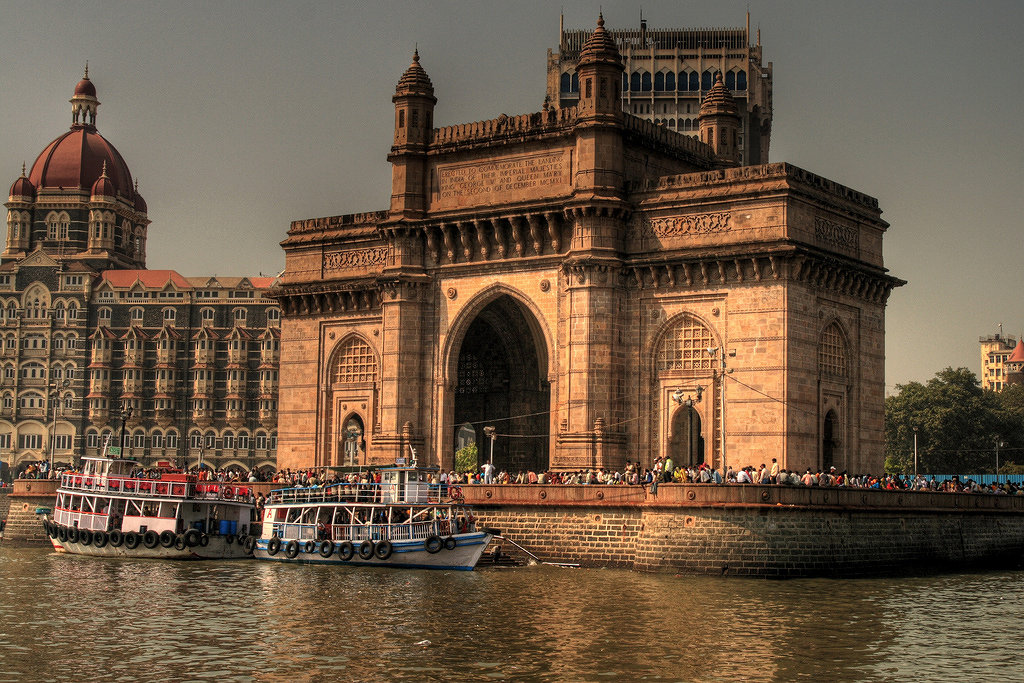 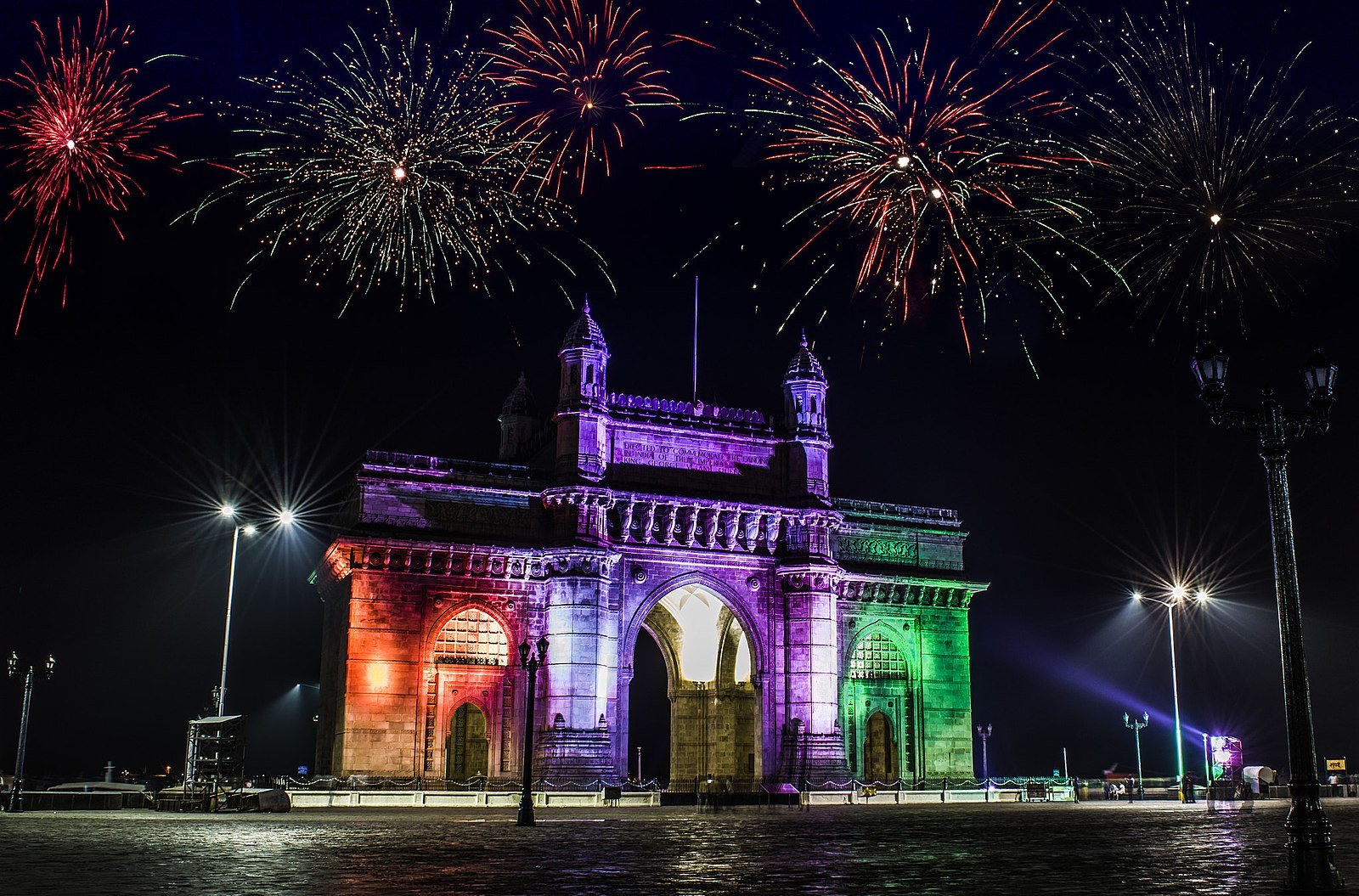 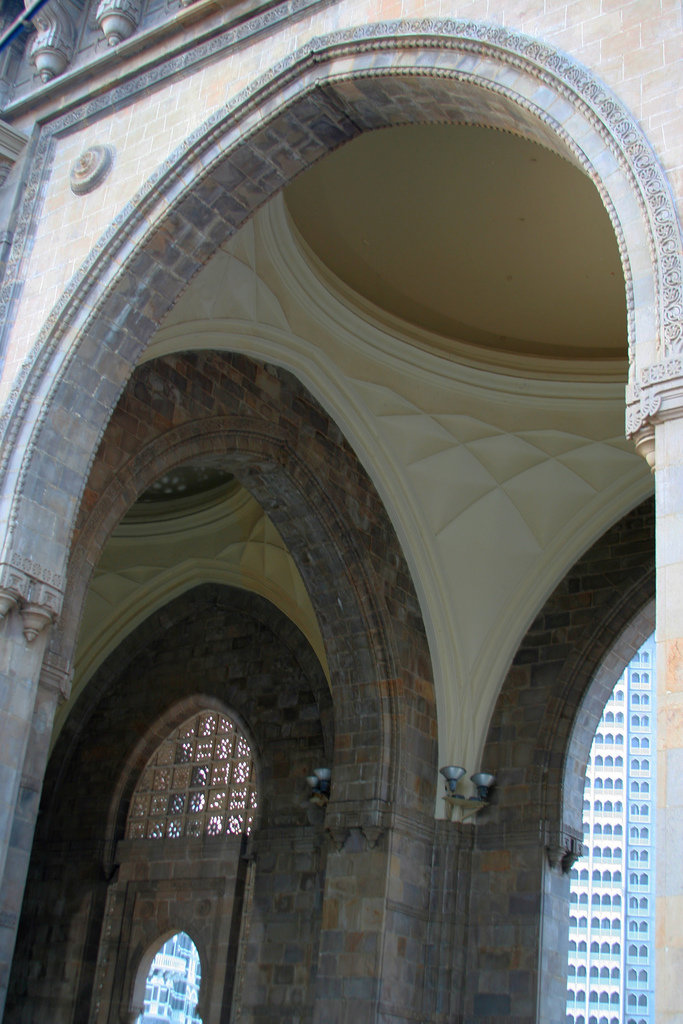 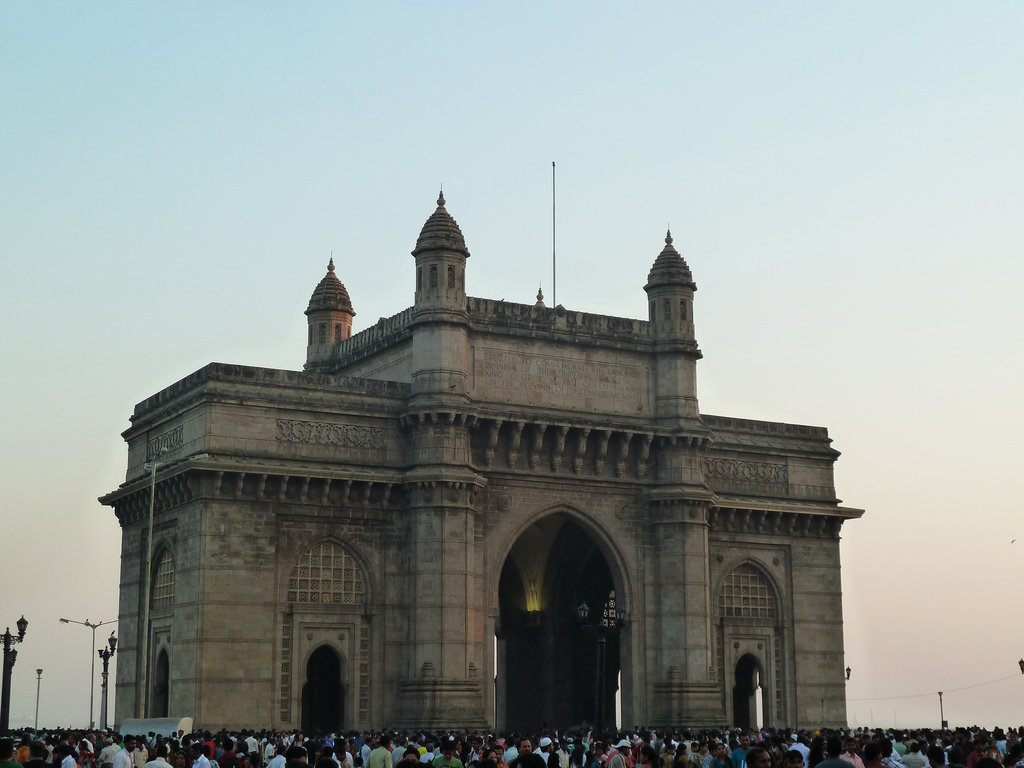 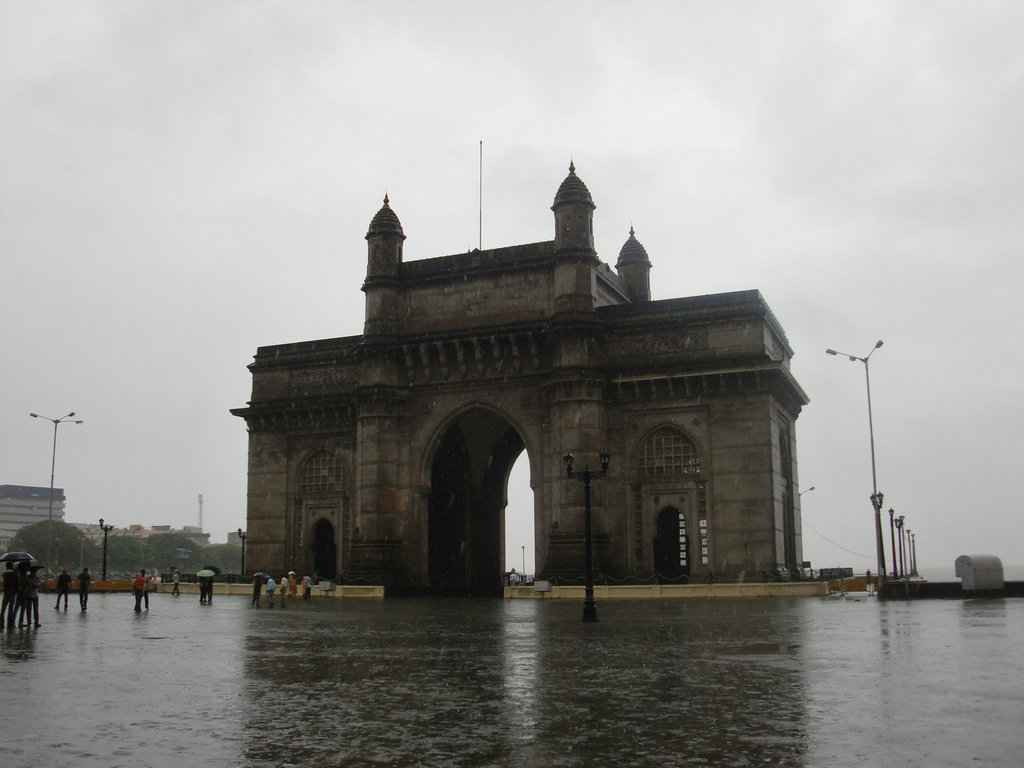 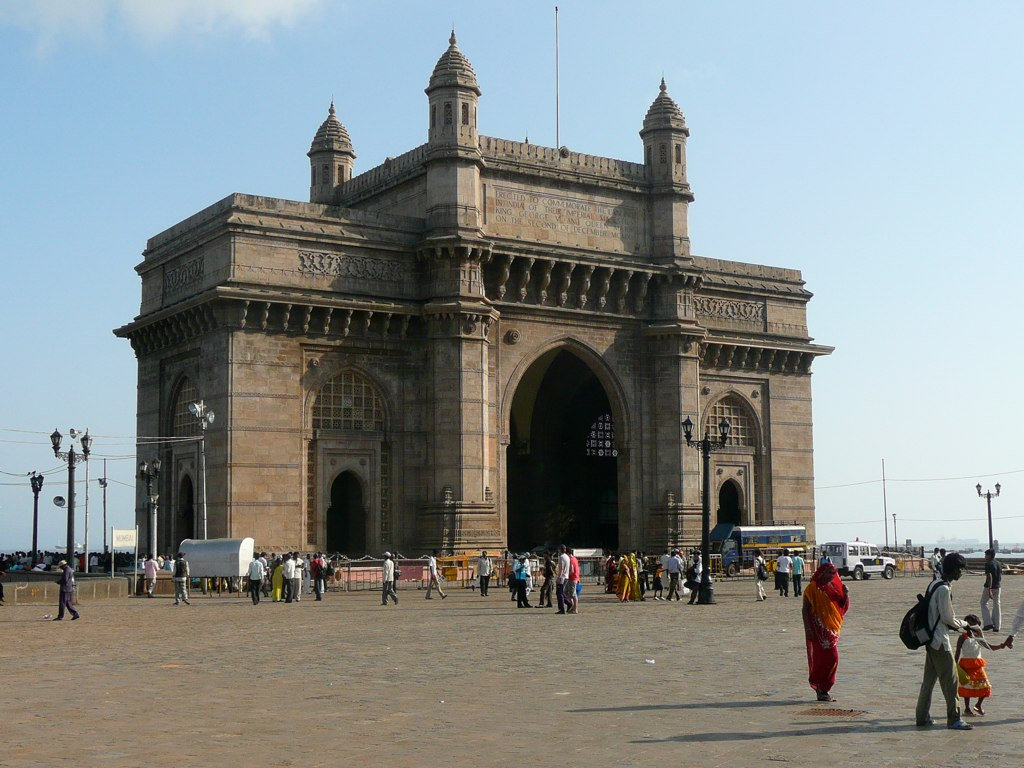 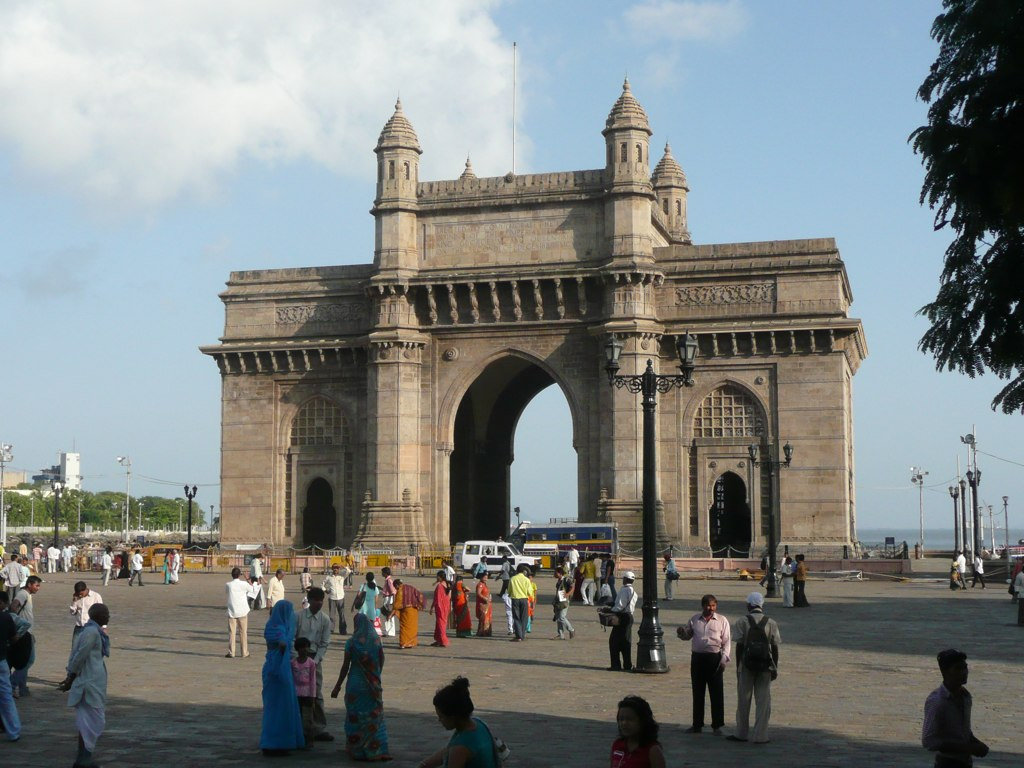