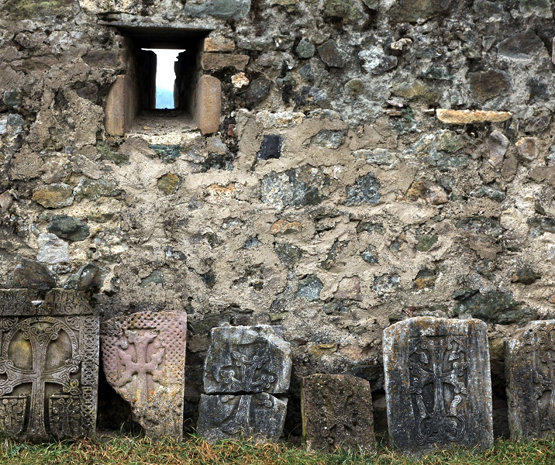 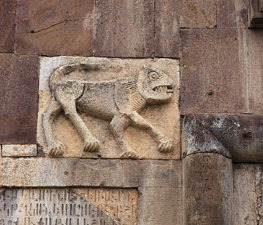 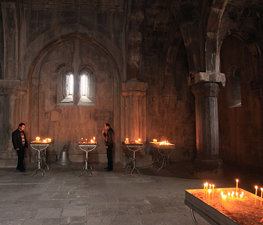 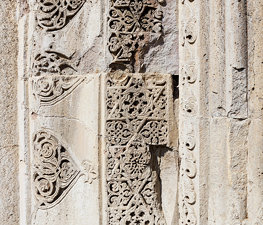 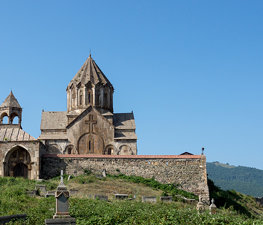 Gandzasar monastery (Հայերեն. Գանձասար) is an Armenian monastery situated in the Mardakert region of Nagorno-Karabakh, near the village of Vank. "Gandzasar" means treasure mountain or hilltop treasure in Armenian. The monastery holds relics believed to belong to St Zechariah, father of John the Baptist. Gandzasar was the residence of an Armenian catholicos from about 1400 to 1816, and is now the seat of the Archbishop of Artsakh. Although the monastery was damaged during an Azerbaijani bombing raid in 1991, in which the house of the Father Superior was destroyed, Gandzasar is actively functioning today as a monastery of the Armenian Apostolic Church.

The construction of Gandzasar began in 1216, under the patronage of the Armenian prince of Khachen, Hasan-Jalal Dawla, and it was completed in 1238 and consecrated on July 22, 1240.

The complex is protected by high walls. Within the complex is the Cathedral of St. John the Baptist (Սուրբ Յովհաննու Մկրտիչ եկեղեցի in Armenian), built between 1216 and 1238. The drum of its dome has exquisite bas-reliefs that depict the Crucifixion, Adam and Eve, and two ministers holding a model of the church above their heads as an offering to God. The bas-reliefs have been compared to the elaborate carvings of Aghtamar, and some art historians consider the monastery to represent one of the masterpieces of Armenian architecture. Anatoly L. Yakobson, a prominent Soviet medieval art historian, described Gandzasar as a "pearl of architectural art....This is a unique monument of medieval architecture and monumental sculpture, which by right ought to be regarded as an encyclopedia of 13th-century Armenian art."

Arpiné Grigoryan
One of the most beautiful Armenian monasteries...

Kachaghakaberd (Armenian: Կաչաղակաբերդ) is a mountain-top fortress in

Amaras Monastery (Հայերեն. Ամարաս վանք) is one of the oldest Christian

Add to wishlist
I've been here
Visited
Cathedral of Ani 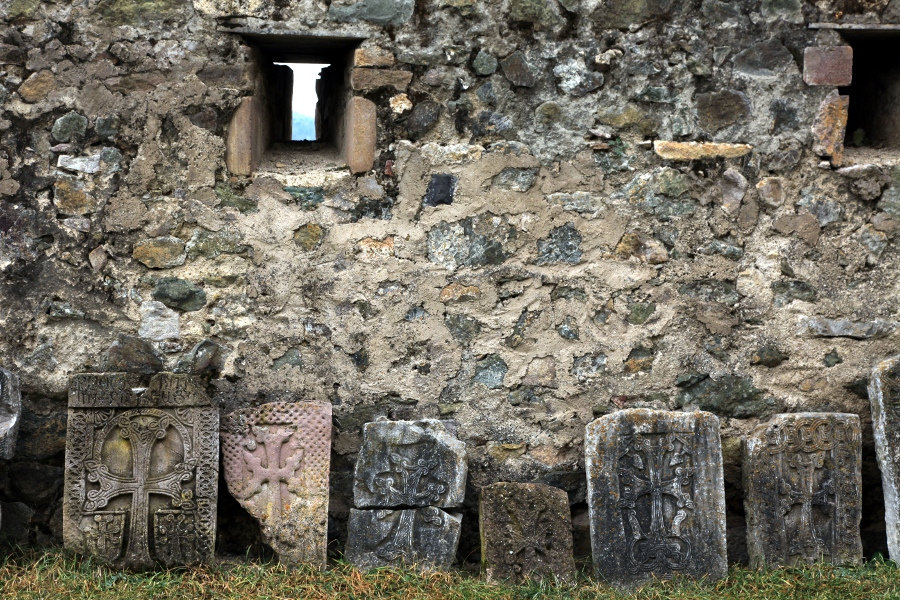 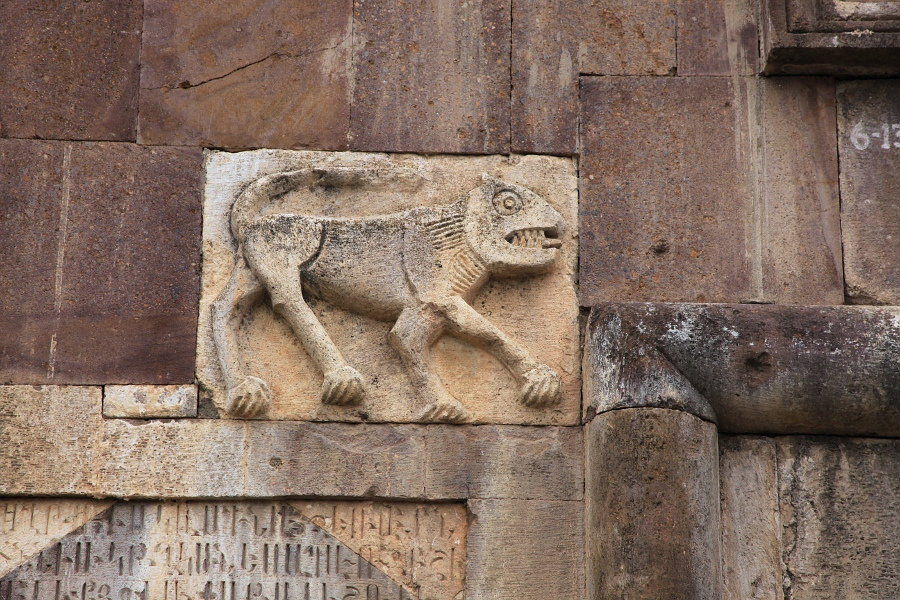 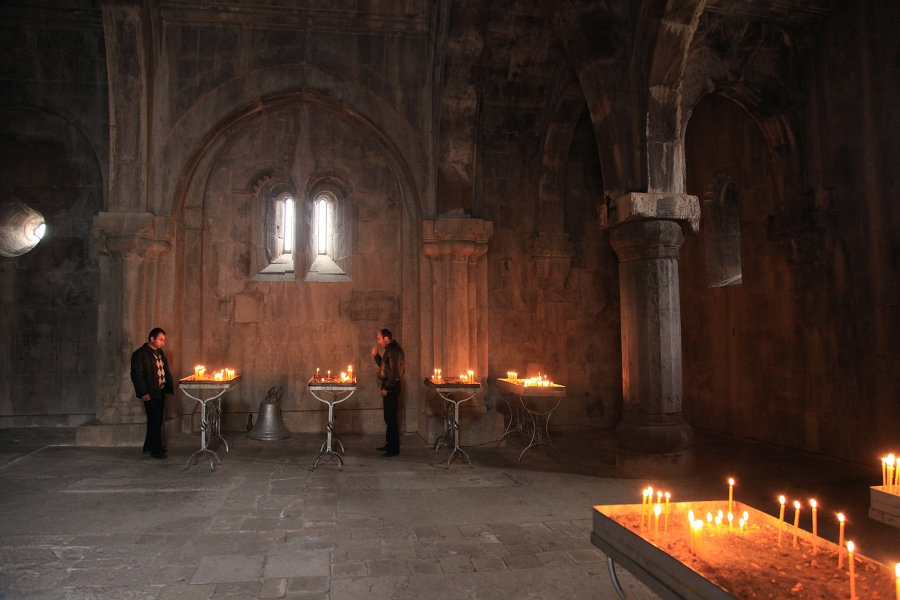 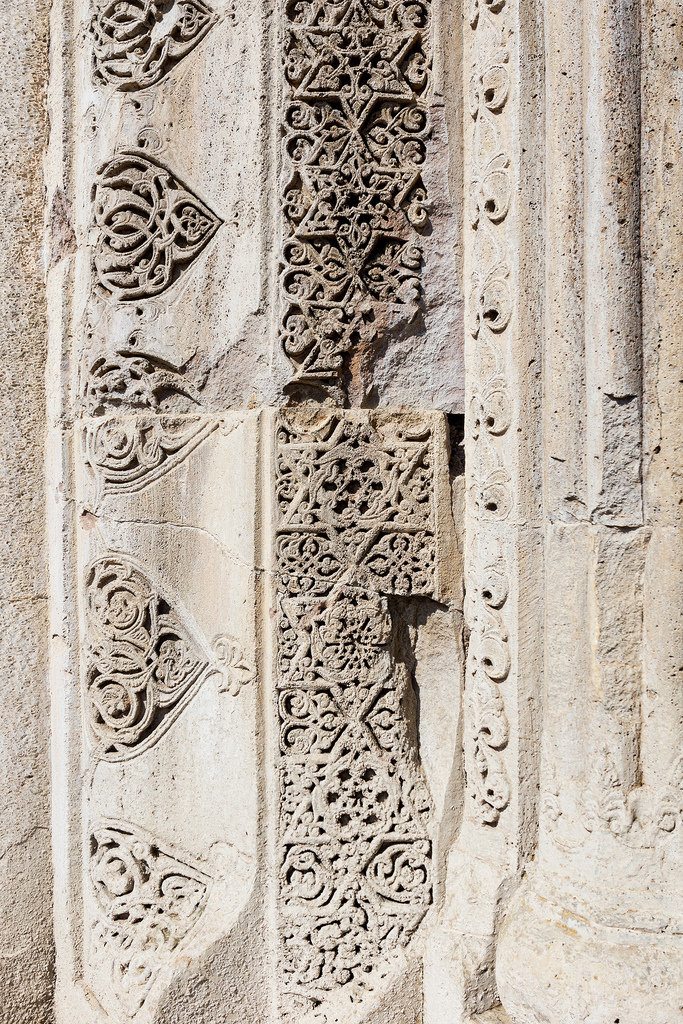 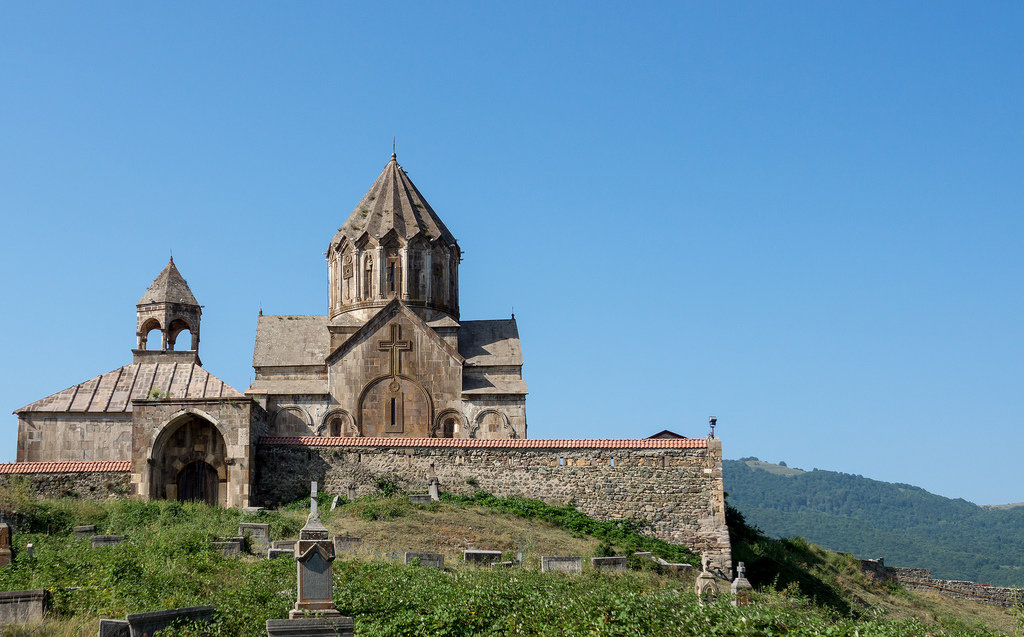 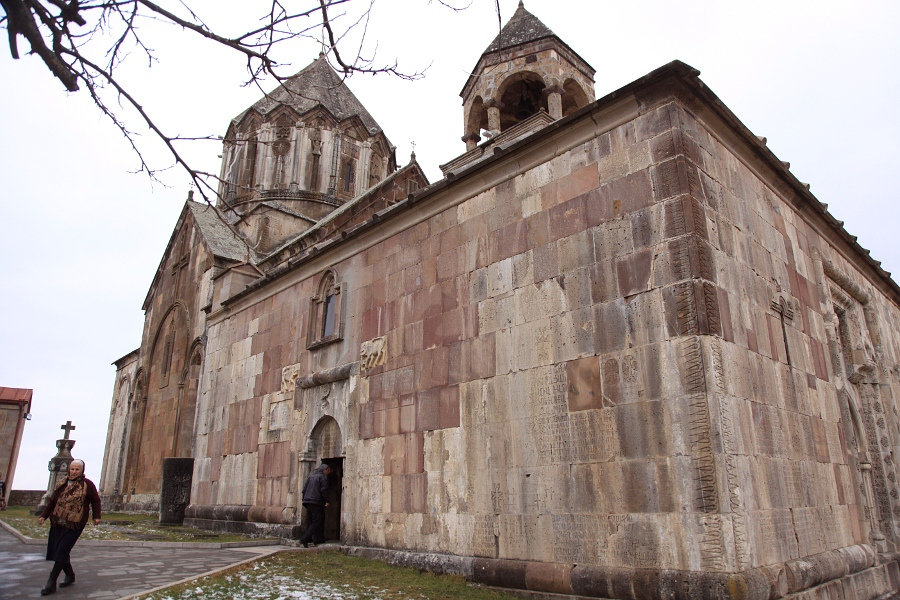