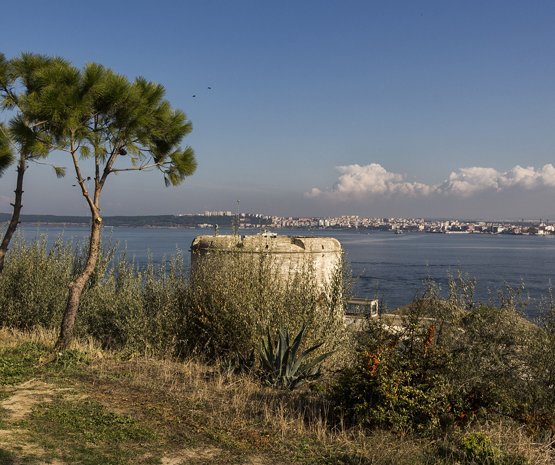 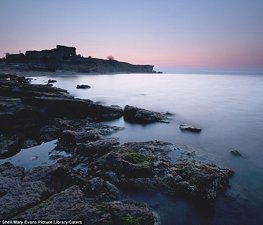 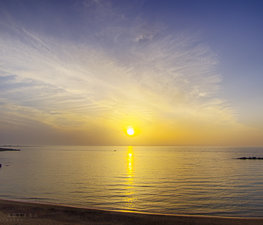 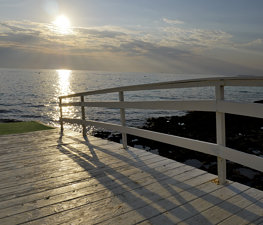 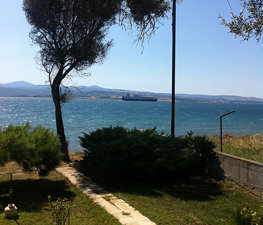 The Gallipoli peninsula (Turkish: Gelibolu Yarımadası) is located in Turkish Thrace, the European part of Turkey, with the Aegean Sea to the west and the Dardanelles straits to the east. Gallipoli derives its name from the Greek Kallipolis (Καλλίπολις), meaning "Beautiful City."

After the devastating 1354 earthquake, the Greek city [] was almost abandoned, but swiftly reoccupied by Turks from Anatolia, the Asiatic side of the straits, making Gallipoli the first Ottoman position in Europe, and the staging area for their expansion across the Balkans.

The peninsula, a part of the Byzantine Empire, was gradually conquered by the Ottoman Empire starting from 13th century onwards until the 15th. The Greeks living there were allowed to continue their everyday life. Gallipoli (Turkish: Gelibolu) was made a district (Kaymakamlik) in the province (Vilayet) of Adrianople, with about 30,000 inhabitants, Greeks, Turks, Armenians and Jews.

Gallipoli became a major encampment for British and French forces in 1854 during the Crimean War, and the harbour was also a stopping-off point on the way to Constantinople.

The peninsula did not see any more wars up until World War I, when the British Empire allies trying to find a way to reach its troubled ally in the east, Imperial Russia, decided to try to obtain passage to the east. The Ottomans set up defensive fortifications along the peninsula with German help.

In 1920 after the defeat of the Russian White army of General Pyotr Wrangel, a significant number of emigre soldiers and their families evacuated to Gallipoli from the Crimea. From there, many went to European countries, where they found refuge, such as Yugoslavia. A stone monument was erected and a special "Gallipoli cross" was created to commemorate the soldiers, who stayed in Gallipoli. The stone monument was destroyed during an earthquake, but in January 2008 reconstruction of the monument had begun with the consent of the Turkish government.

The Allied landing and subsequent campaign on the peninsula during World War I is usually known in Britain as the Dardanelles Campaign and in Turkey as the Battle of Çanakkale. In Australia, New Zealand, South Africa and Canada, the terms Gallipoli Campaign or just Gallipoli alone are used to describe the eight month campaign.

In early 1915, in an attempt to seize the strategic advantage in it the war, the British authorised an attack on the peninsula aiming to capture Constantinople. The first phase was purely naval on the Allied side, as Lord Kitchener would not authorise troops to be shifted from the Western Front. The lead British admiral had a crisis of nerves, and his second-in-command withdrew after one day with moderate casualties. Kitchener then authorised a combined naval-army operation, but the element of surprise was long gone. On 25 April 1915, a force of British Empire and French troops landed at multiple places along the peninsula. However, some of the landings went wrong and troops were landed in the wrong positions causing confusion that lost valuable time. To make matters worse, this was followed up by only tentative advances inland as most of the arriving armies were left on the beaches, allowing for the Ottomans to pour in reinforcements to the area. The battles over the next eight months saw high casualties on both sides due to the exposed terrain, weather and closeness of the front lines. In addition, many casualties resulted from an epidemic of dysentery, caused by poor sanitary conditions. The New Zealand Wellington Battalion reached, and briefly occupied, the high point of Chunuk Bair, before being beaten back by Turkish troops, who were never again dislodged from the summit. The subsequent Allied withdrawal meant an end to the idea of defeating the Ottoman Empire quickly, as well as the possibility of gaining a victory over the major Central Powers enemy Germany through an attack on the "soft underbelly" of its power.

The campaign is often referred to for its successful stealthy retreat, which was completed with minimal casualties, the ANZAC forces completed their retreat by 19 December 1915 and the remaining British elements by 9 January 1916.

Total Allied deaths were around 21,000 British, 10,000 French, 8,700 Australians, 2,700 New Zealanders and 1,370 Indians. Total Turkish deaths were around 86,700 - nearly twice as many as all the Allies combined. New Zealanders suffered the highest percentage of Allied deaths when compared with population size, but the percentage of Turkish deaths was almost twice theirs.

This campaign became a turning point in the national consciousness of several of the participants. Both Australia and New Zealand still celebrate Anzac Day and the Turks consider it a point of national pride. Many mementos of the Gallipoli campaign can be seen in the museum at the Australian War Memorial in Canberra, Australia, and at the Auckland War Memorial Museum in Auckland, New Zealand. This campaign also put a dent in the armour of Winston Churchill, then the First Lord of the Admiralty, who had commissioned the plans to invade the Dardanelles. He talks about this campaign vividly in his memoirs.

The Gallipoli campaign gave an important boost to the career of Mustafa Kemal Atatürk, a little-known army commander, who became a national hero, was promoted to Pasha, and became the founder of the modern Turkish state with the collapse of the Ottoman Empire, at the end of World War I. Mustafa Kemal halted and eventually repelled the Allied advance, exceeding his authority and contravening orders to do so. His famous speech "I do not command you to fight, I command you to die. In the time it will take us to die we can be replenished by new forces" (Turkish: "Ben size taaruzu değil, ölmeyi emrediyorum. Biz ölünceye kadar geçecek zaman zarfında yerimize başka kuvvetler ve kumandanlar geçebilir") shows his courageous and determined personality. Following Mustafa Kemal's command to die; the 57th Regiment led by lieutenant colonel Hüseyin Avni had fulfilled the order where the entire regiment had fallen.

Years after the war, mass graves of the deceased were being re-opened for identity determination and for carrying the soldiers to their final resting places. During this relocation for cemeteries, bodies of two men were found bayoneting each other and locked together. They were identified as 1st lieutenant Mustafa Asım from 6th Company of the 57th regiment and Captain J. L. Woiters from British Corps. They had fallen in a position, where Mustafa Asım was holding the cross on Woiters’ neck and Woiters was holding an amulet of Quran on Asım’s neck. They were re-buried together. Their name tags and weapons were handed to authorities.

Attendance at the ANZAC Day dawn service at Gallipoli has become popular since the 75th anniversary. Upwards of 10,000 people have attended services in Gallipoli.

Until 1999, the Gallipoli dawn service was held at the Ari Burnu war cemetery at Anzac Cove, but the growing numbers of people attending resulted in the construction of a more spacious site on North Beach, known as the "Anzac Commemorative Site".

On 25 April 2005, to mark the 90th anniversary of the Gallipoli landing, government officials from Australia and New Zealand, most of the last surviving Gallipoli veterans, and many Australian and New Zealand tourists traveled to Turkey for a special dawn service at Gallipoli. ANZAC Day is the most important national day of commemoration for Australians. The previous Prime Minister of Australia, John Howard, and the then Prime Minister of New Zealand, Helen Clark were also in attendance, and Clark was accompanied by the official NZ Defense Force party, veterans of several past wars and 10 New Zealand college students, who won the New Zealand 'Prime Minister's Essay Competition' with their work on Gallipoli.

In the Gallipoli Peninsula Historical National Park, an 11,000 people capacity portable tribune has been built in the Anzac Cove and Lone Pine Memorial region.

Influence on the arts

The Gallipoli Campaign is the subject of a 1981 movie, entitled Gallipoli, directed by Peter Weir and starring Mel Gibson.

New Zealand writer Maurice Shadbolt produced a play Once on Chunuk Bair in 1982. A film version Chunuk Bair (Daybreak Pictures) was released in 1991.

Eric Bogle wrote a popular song And the Band Played Waltzing Matilda (1972) after watching, in Australia, a parade of elderly veterans of the Gallipoli campaign. Versions of this song were recorded by June Tabor, The Skids and The Pogues, as well as Tommy Makem, Liam Clancy and John Williamson.

"Cliffs of Gallipoli", a song by Sabaton (band), was inspired by the battle.

The BBC produced a feature-length television drama, All the King's Men, (not to be confused with the novel of the same name by Robert Penn Warren), that focused attention on a unit (the "Sandringham Company") that was decimated at Gallipoli and included men from King George V's estate at Sandringham House.

The campaign is the subject of a 2005 documentary, named Gallipoli, by the Turkish filmmaker Tolga Örnek, showing the bravery and the suffering on both sides through the use of surviving diaries and letters of the soldiers. For this film, he has been awarded an honorary medal in the general division of the Order of Australia.

Gallipoli is the basis for the 1999 novel Solomons Song by Bryce Courtenay.

The Battle of Gallipoli features as a significant part of Louis de Bernières's novel Birds Without Wings.

Callipolis was a suffragan of Heraclea. Lequien (I, 1123) mentions only six Greek bishops, the first as being present at the First Council of Ephesus in 431, when the See was united to that of Coela (Coelia or Coele), the last about 1500. His list could easily be increased, for the Greek Orthodox See still exists; it was raised in 1904 to the rank of a metropolis without suffragans, after the manner of most Greek metropolitan Sees. Lequien (III, 971) also gives the names of eight Latin bishops, from 1208 to 1518. (See Eubel, I, 269, note.) There are numerous schools and a small museum; a large cemetery is the resting place of many French soldiers, who died of disease (chiefly cholera) during the Crimean War. The port is poor and trade unimportant, for want of roads. A Catholic mission was conducted in the Ottoman days by Assumpionist Fathers; there are also a number of Armenian and Greek Catholics, with priests of their respective rites.

Tips & Hints
Arrange By:
Popular first New first
There are no tips nor hints for Gallipoli yet. Maybe be you will be the first one to post useful information for fellow travellers? :)
9.0/10
77,192 people have been here
I've been here
Add to wishlist

The Samothrace Temple Complex, known as the Sanctuary of the Great

Marmara is a Turkish island in the Sea of Marmara. It is the largest

Sólheimajökull (Icelandic pronunciation: ​]) is a glacier i 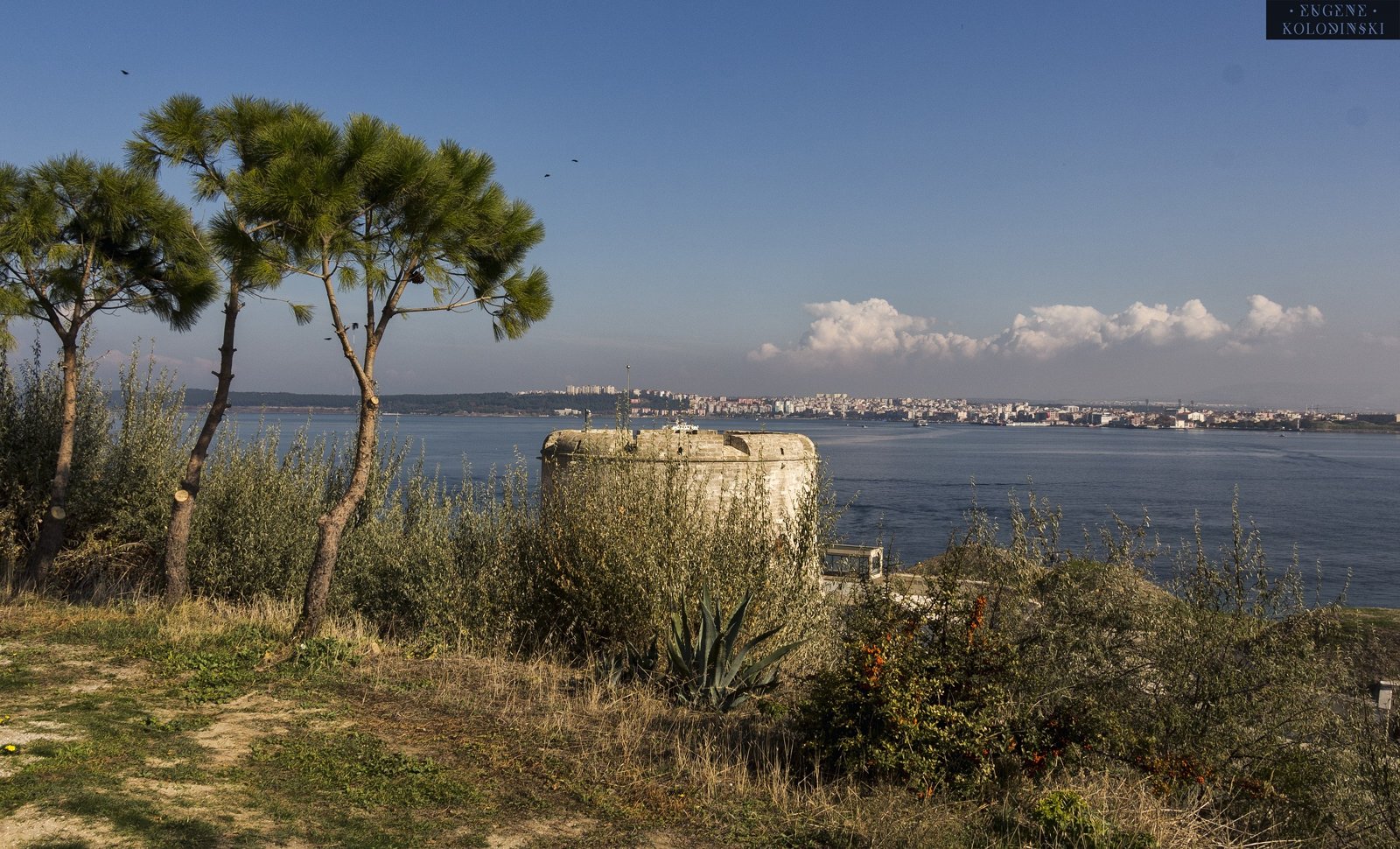 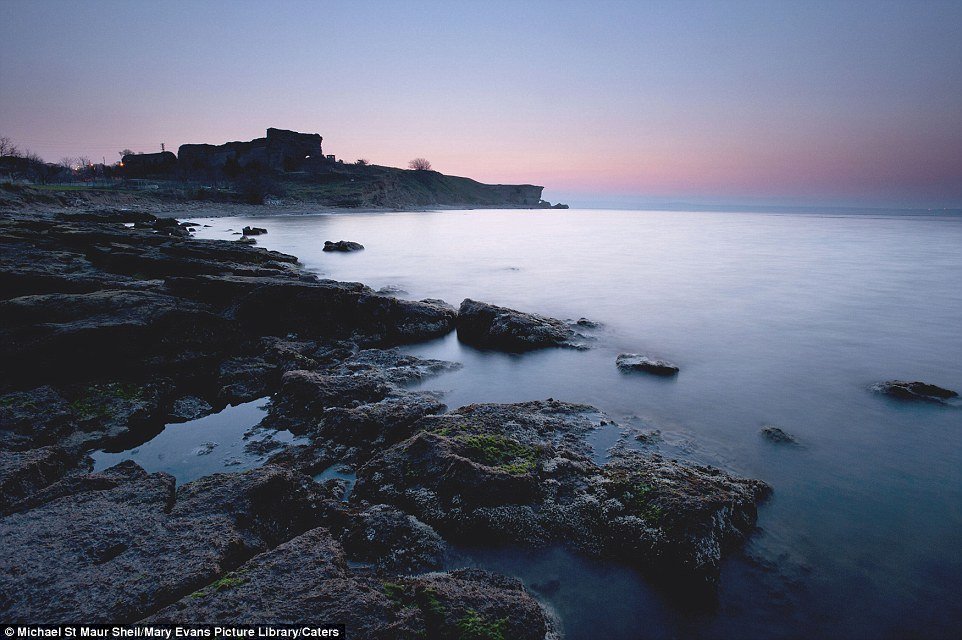 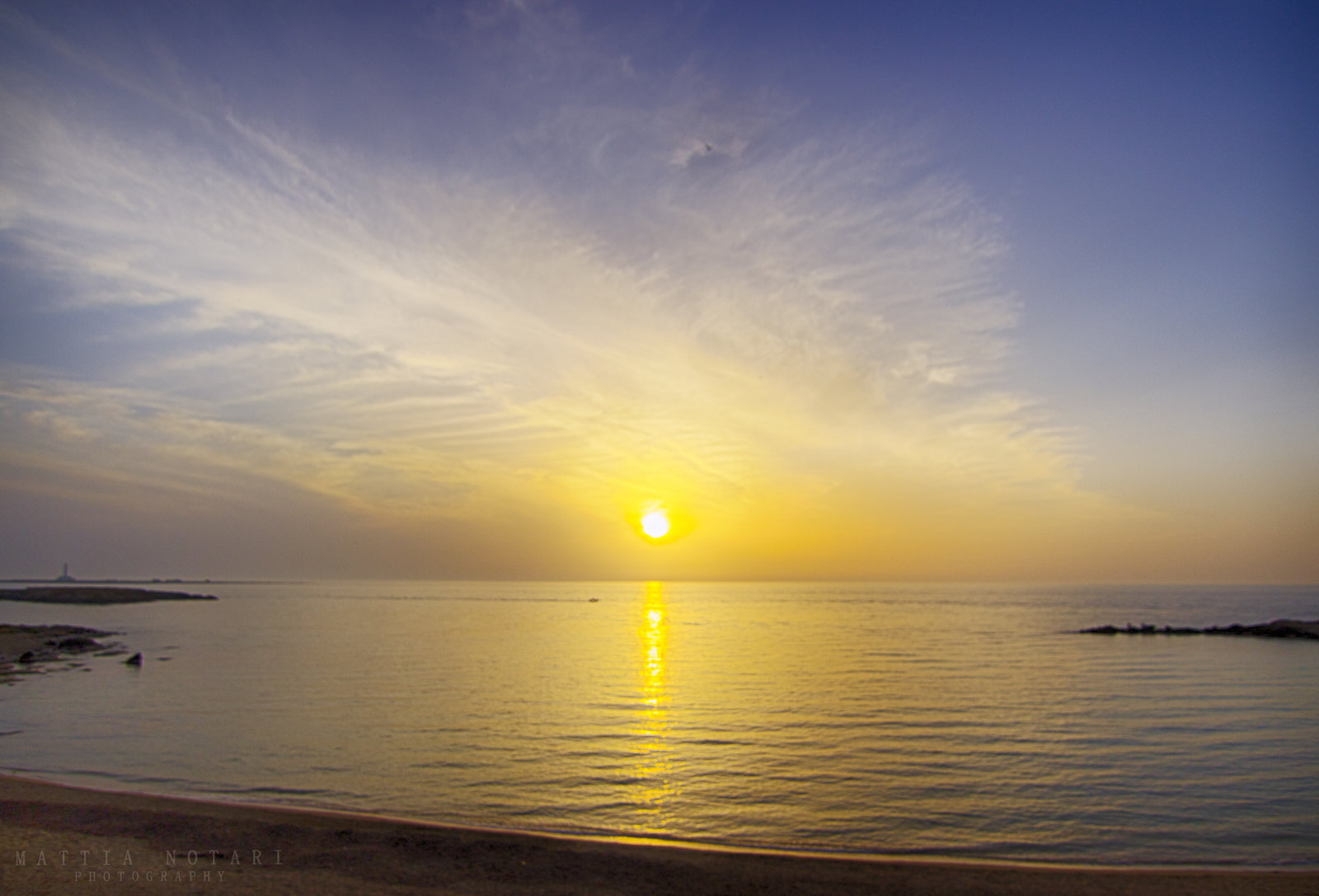 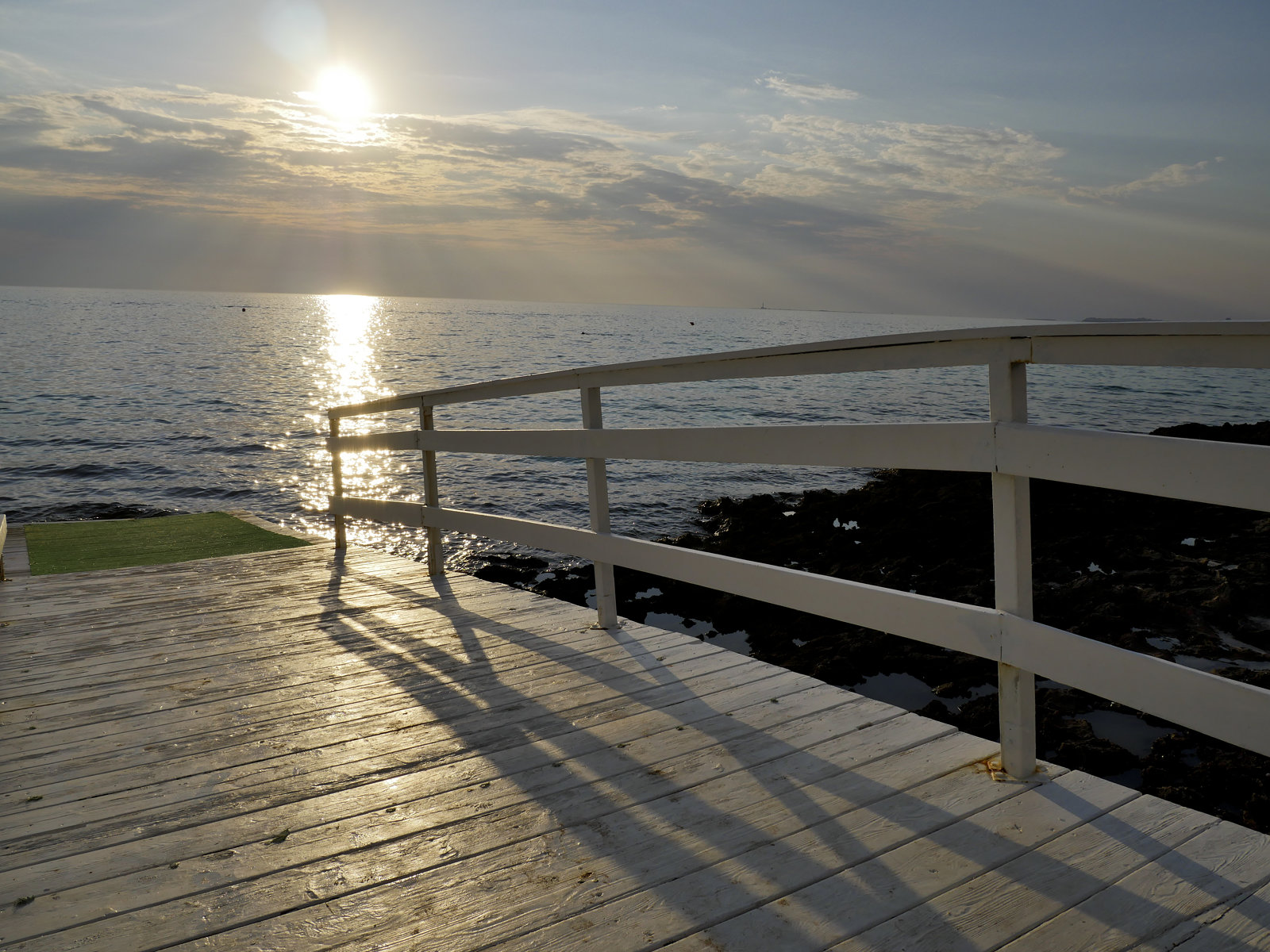 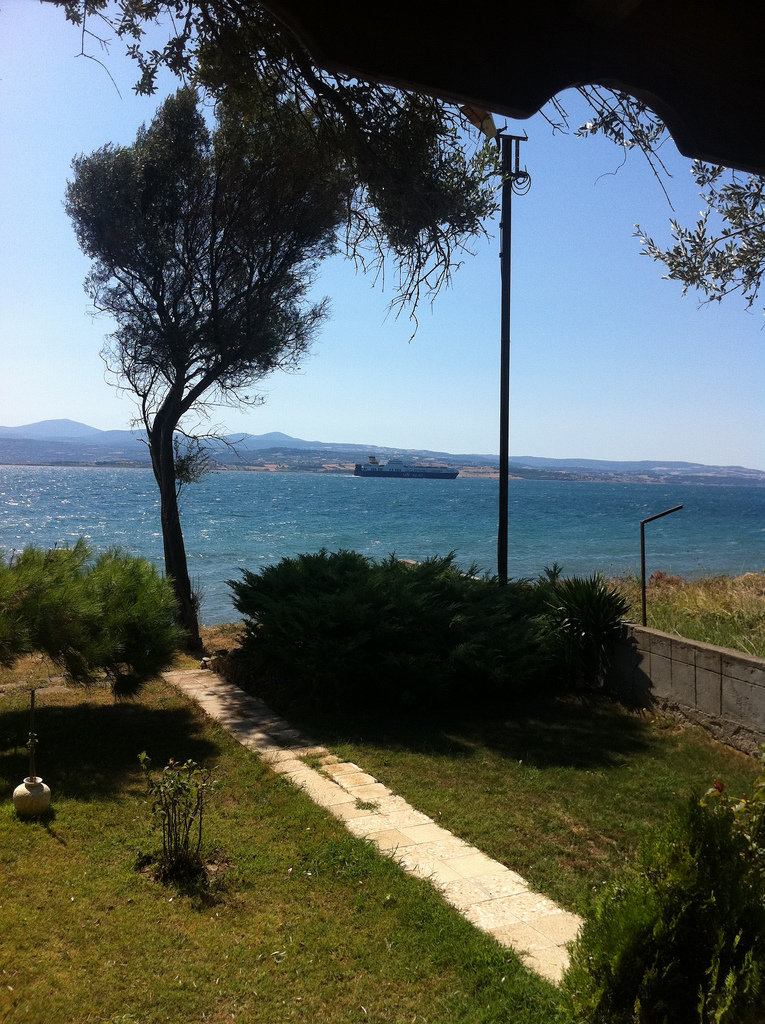 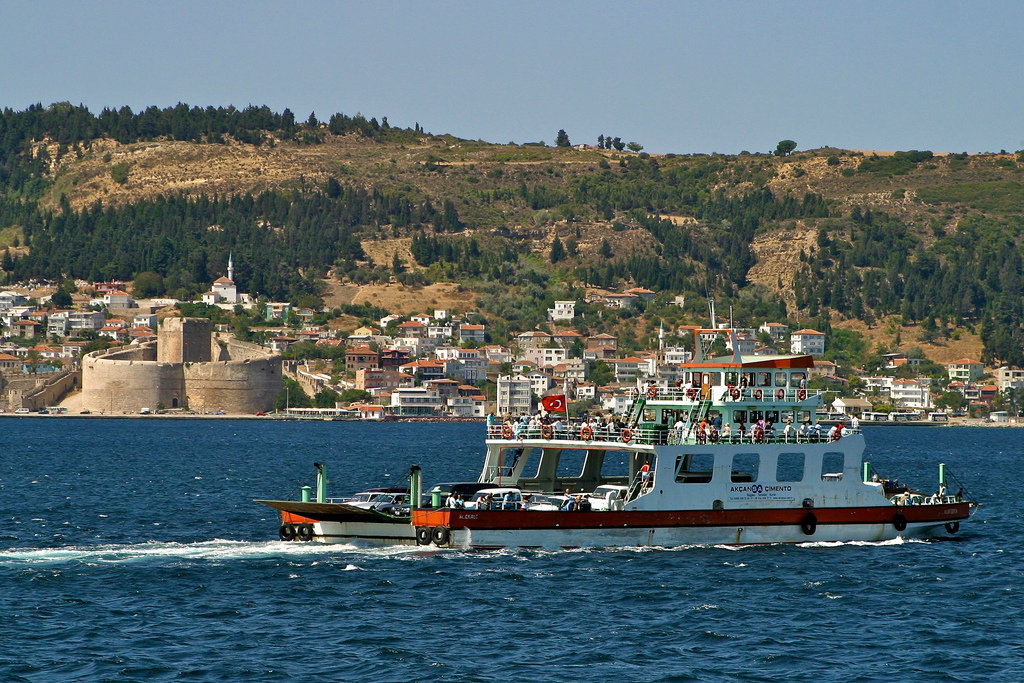 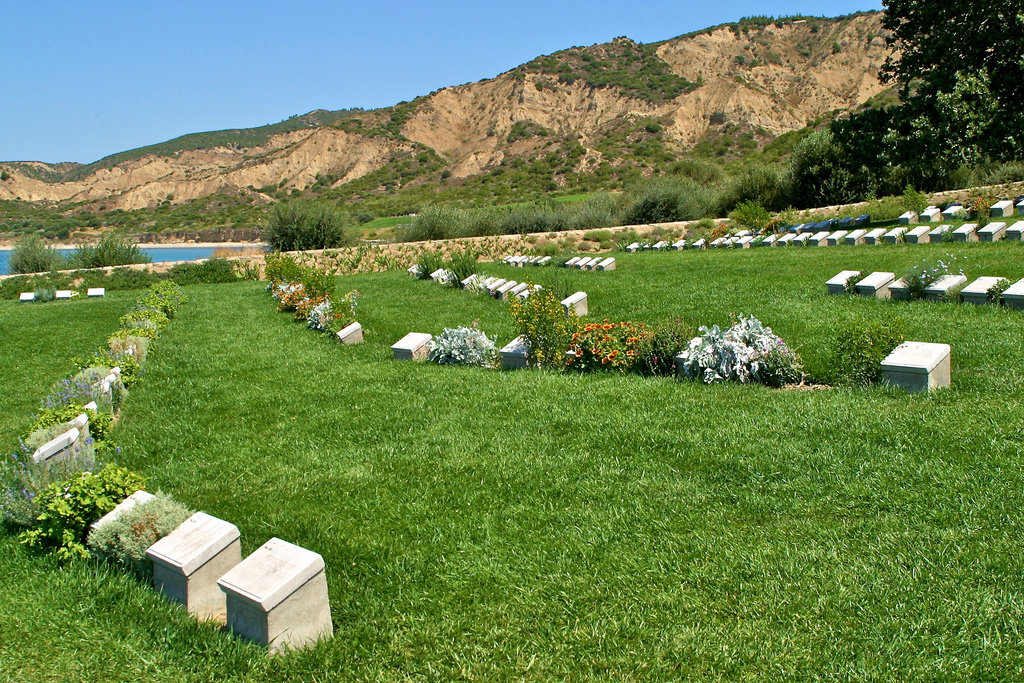 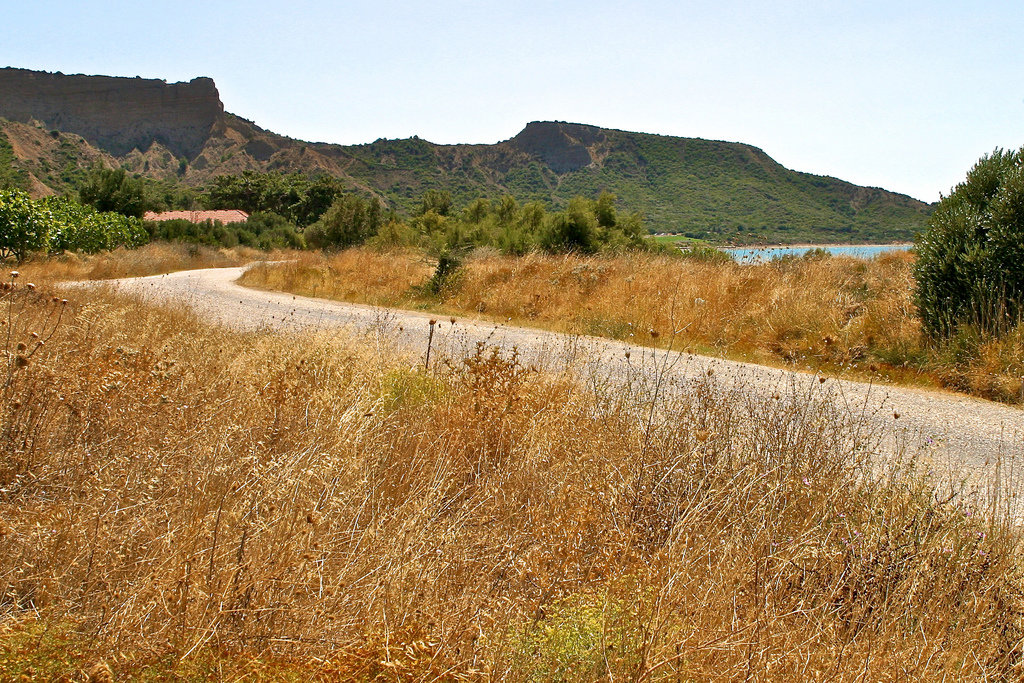 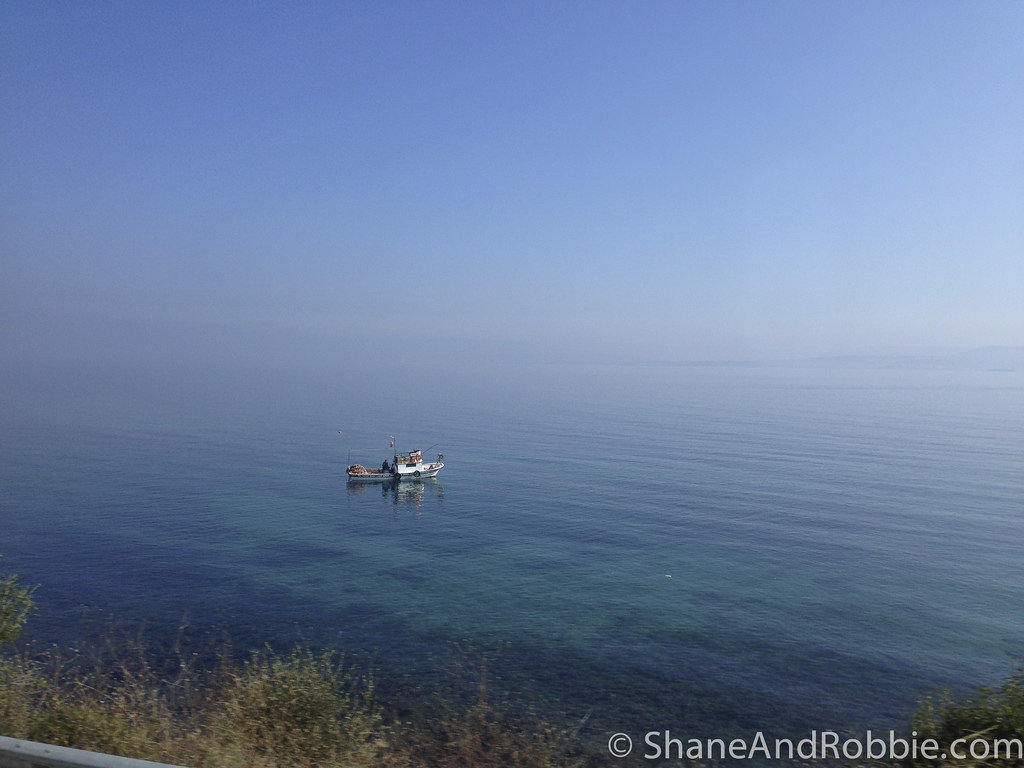 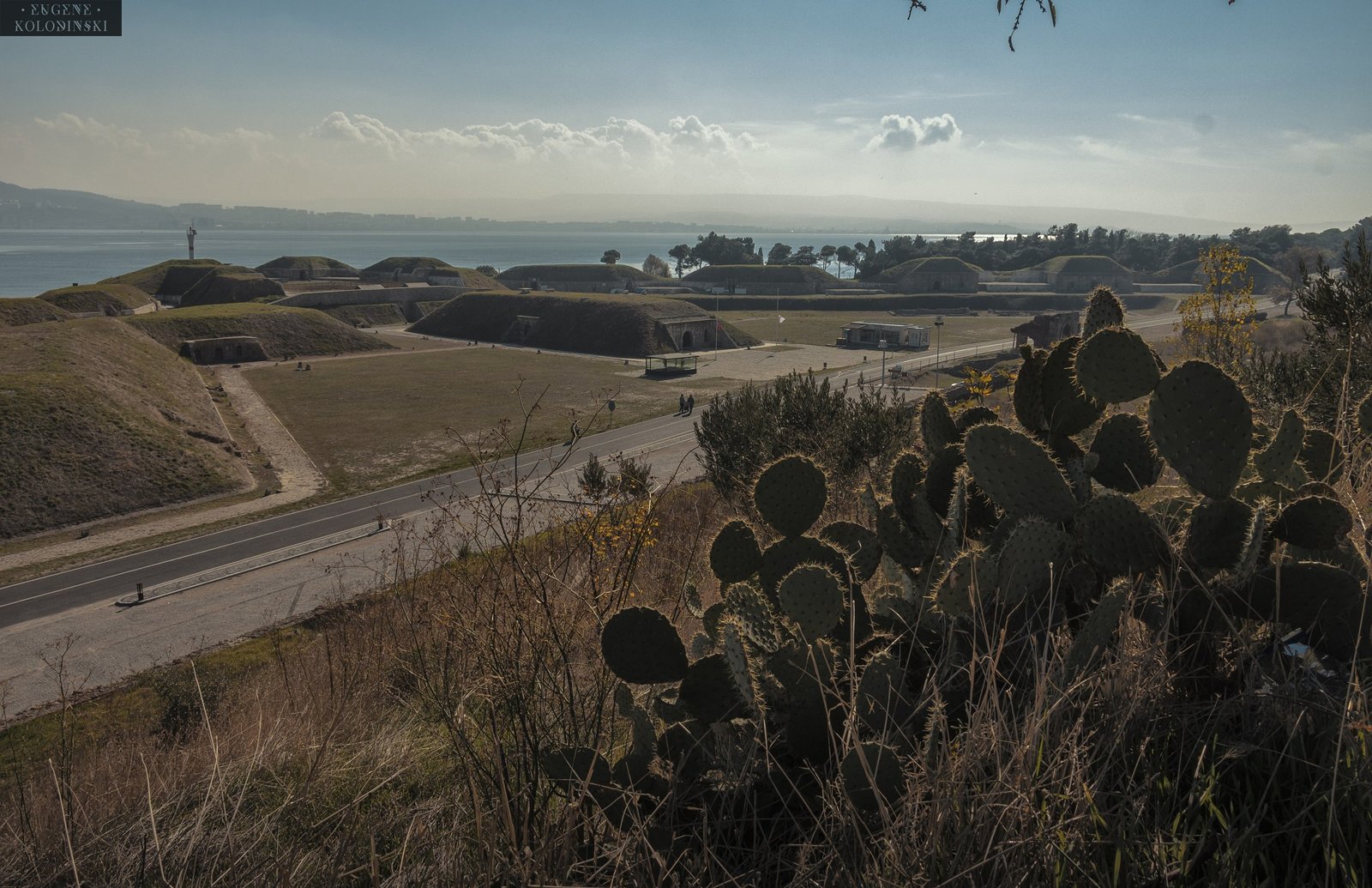 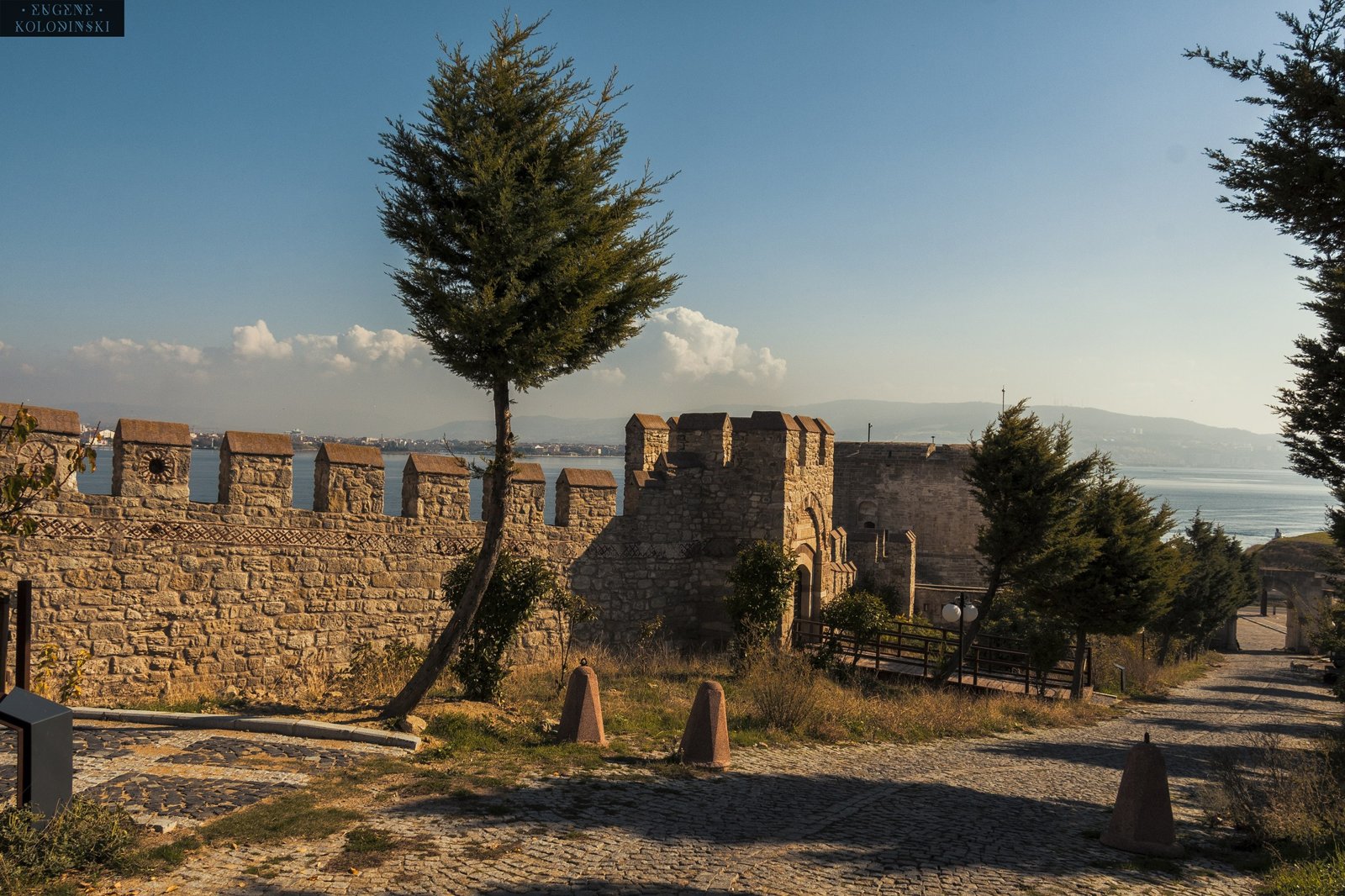 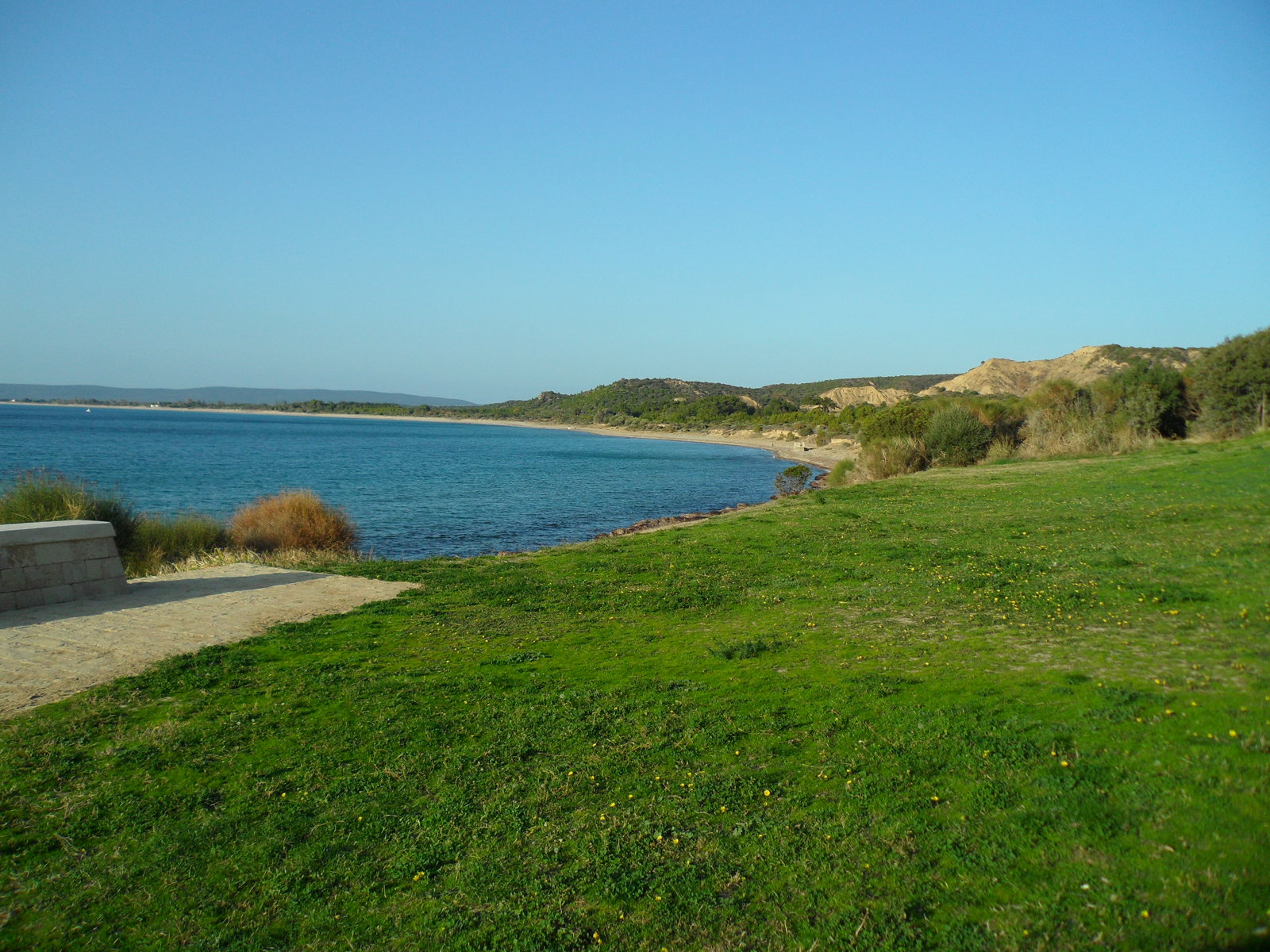 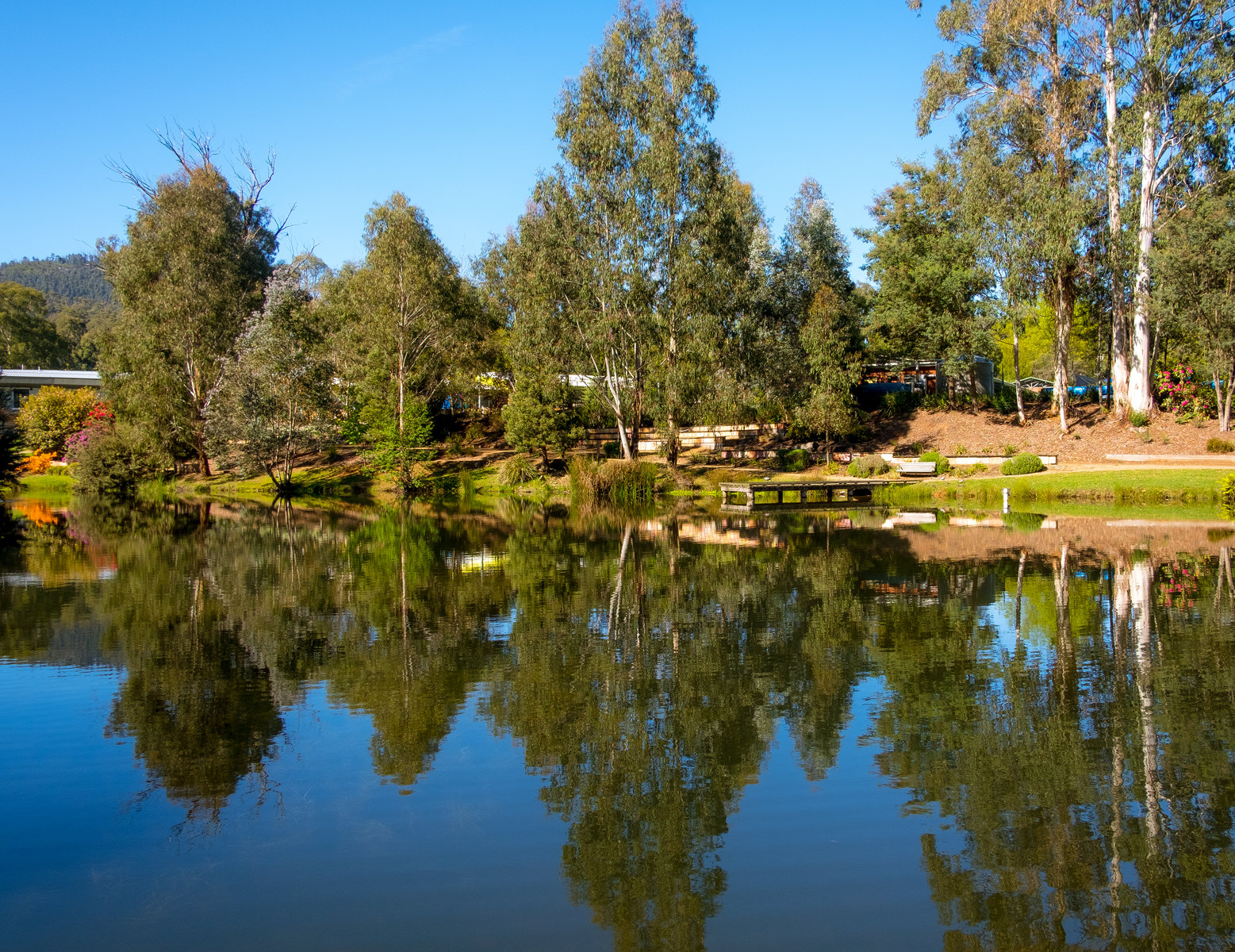 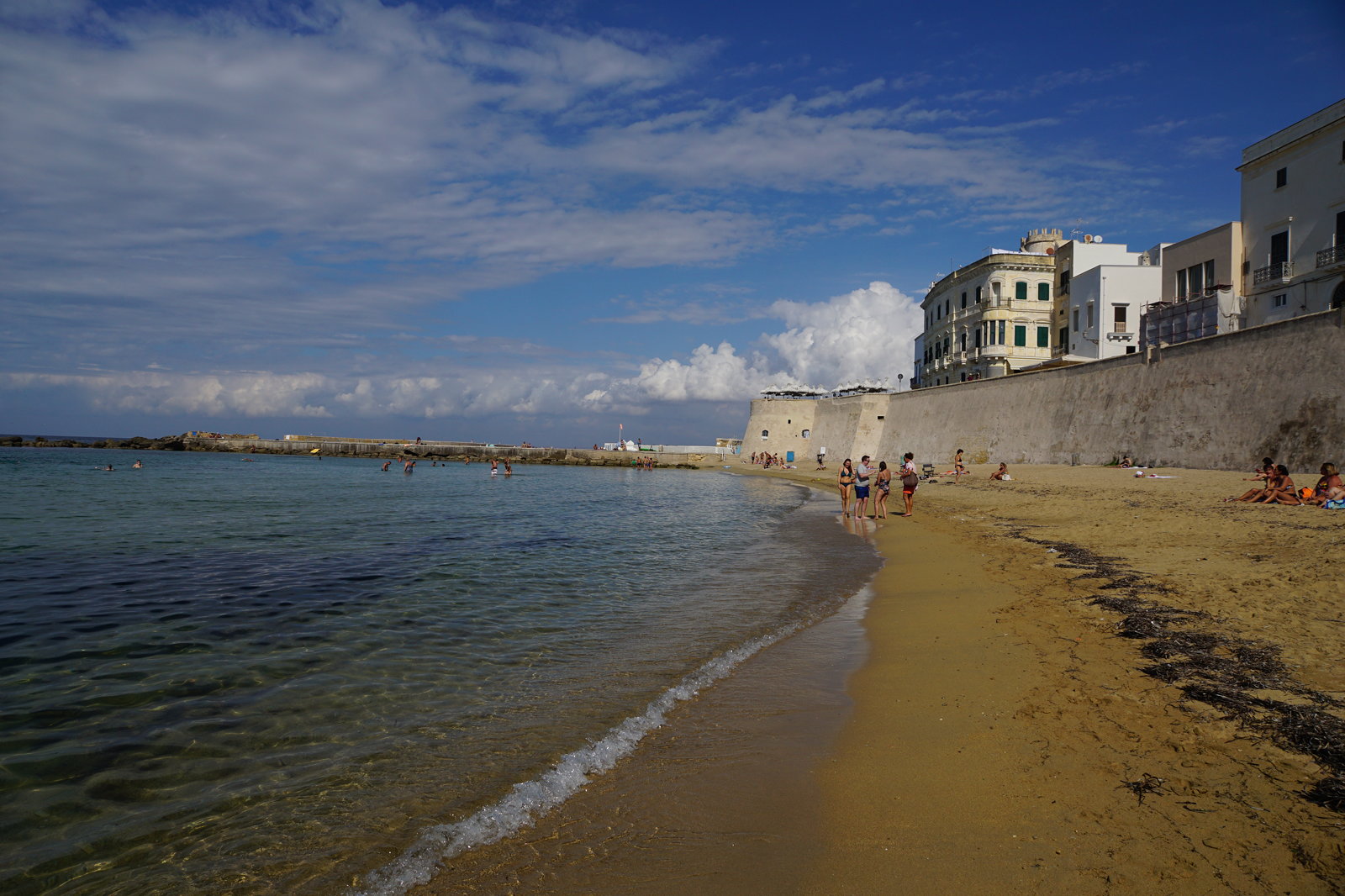 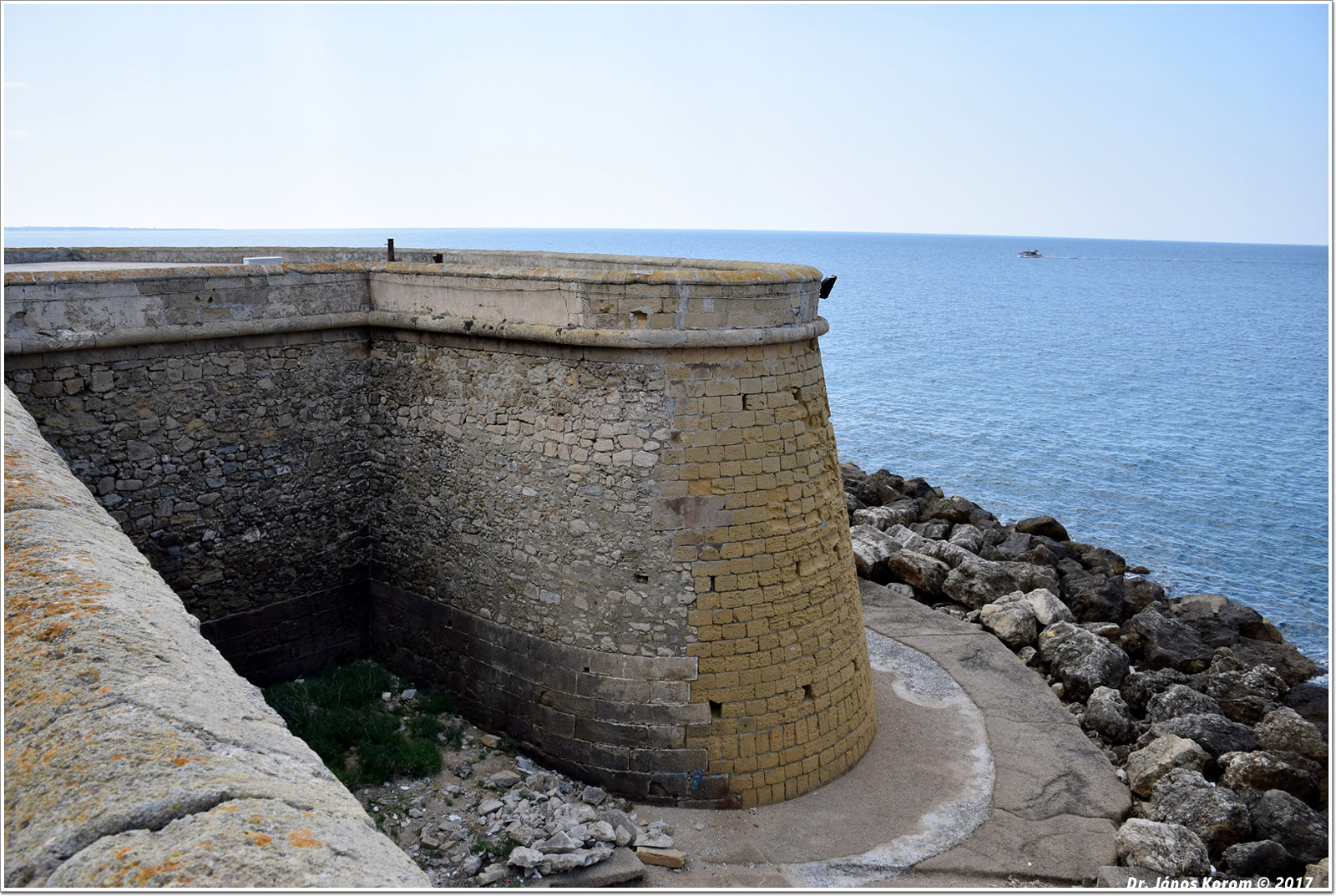 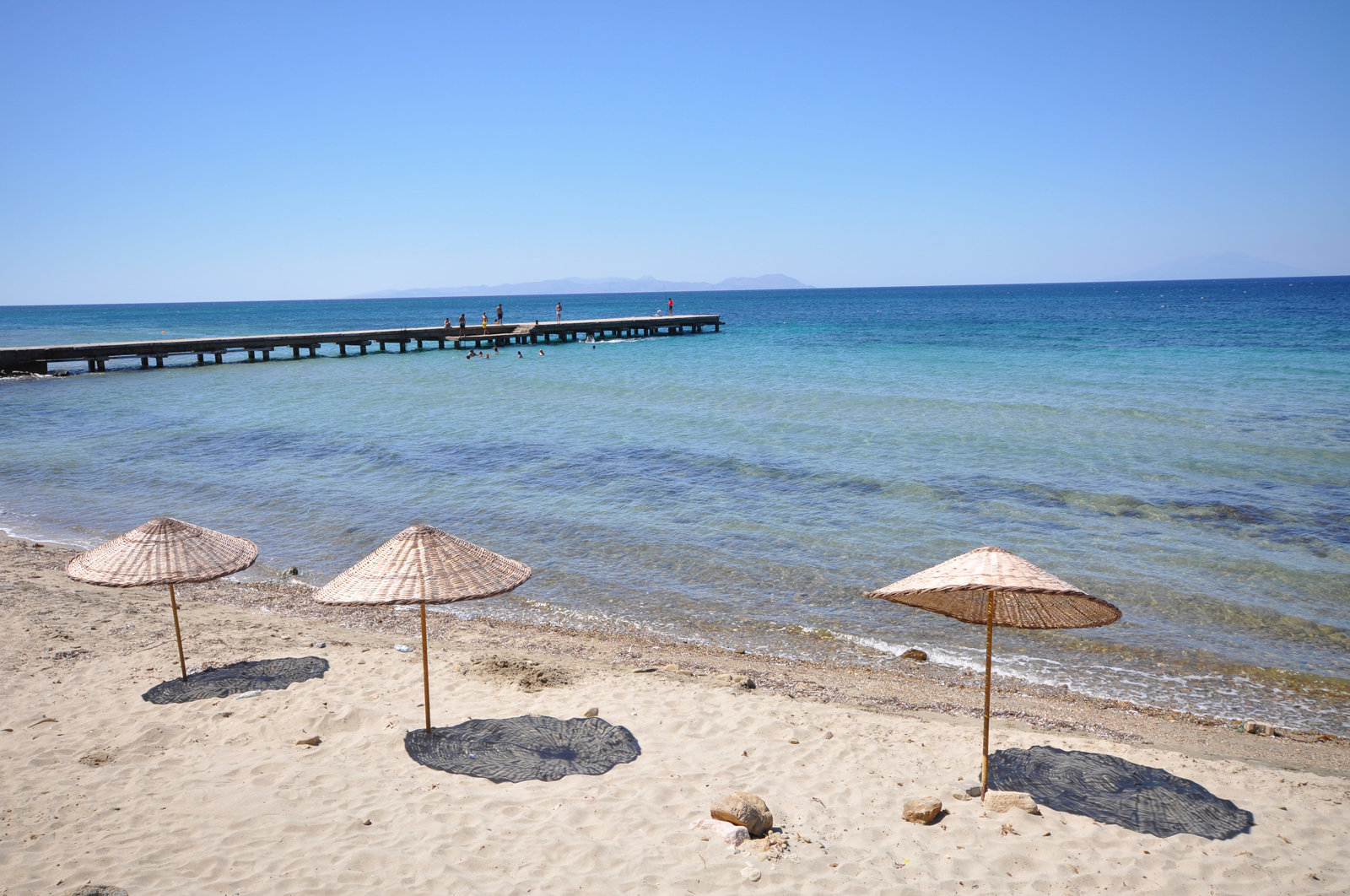 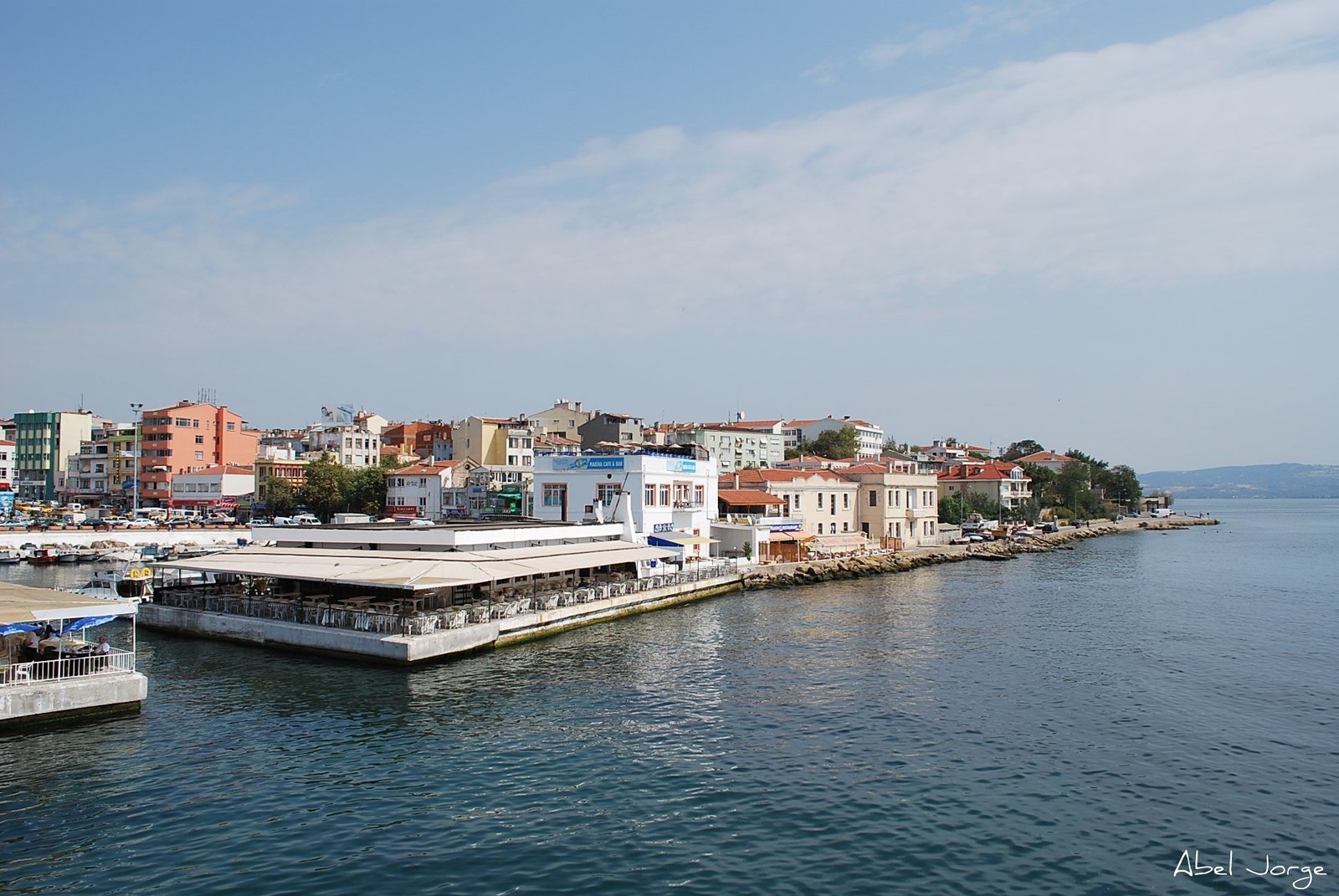 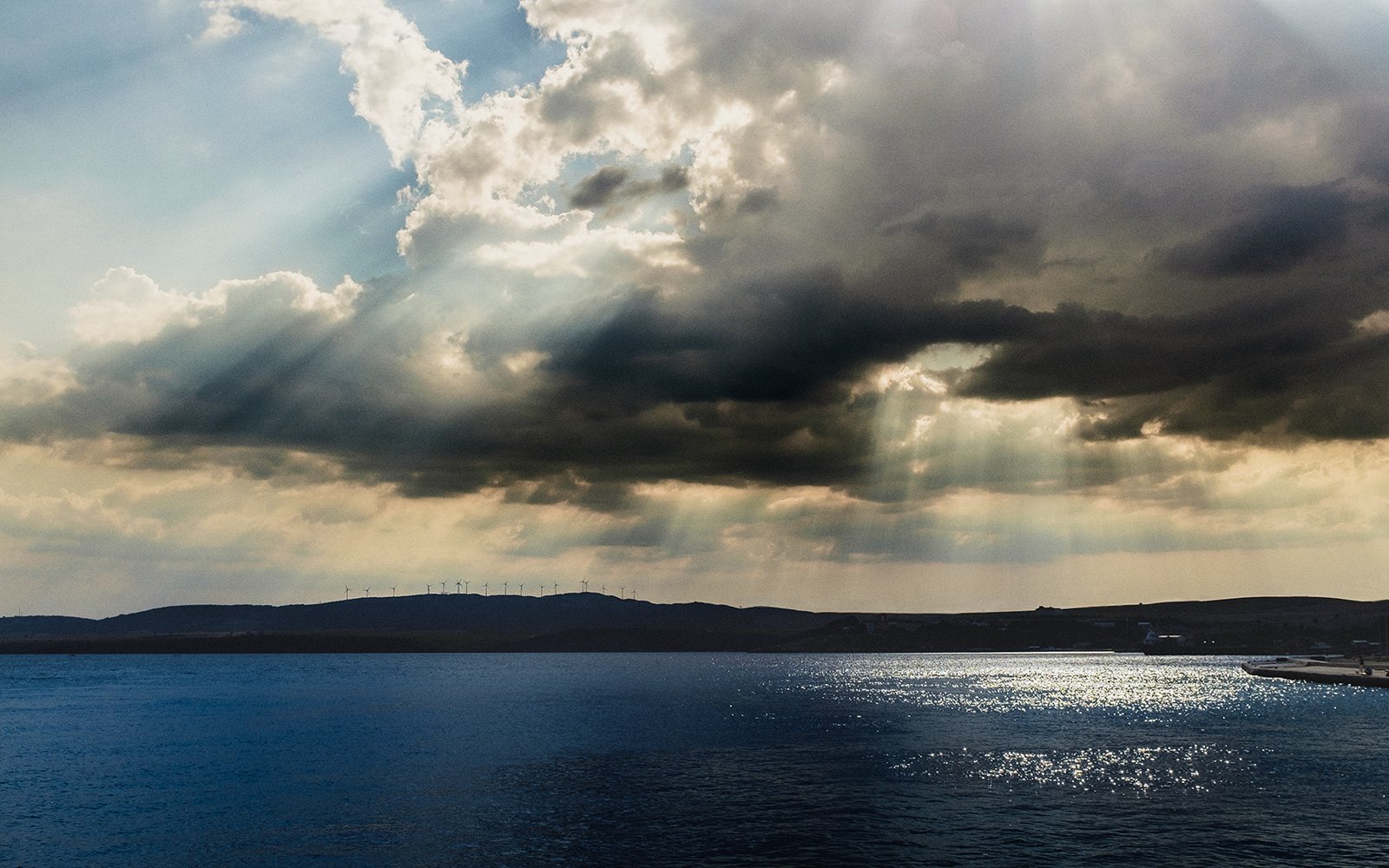 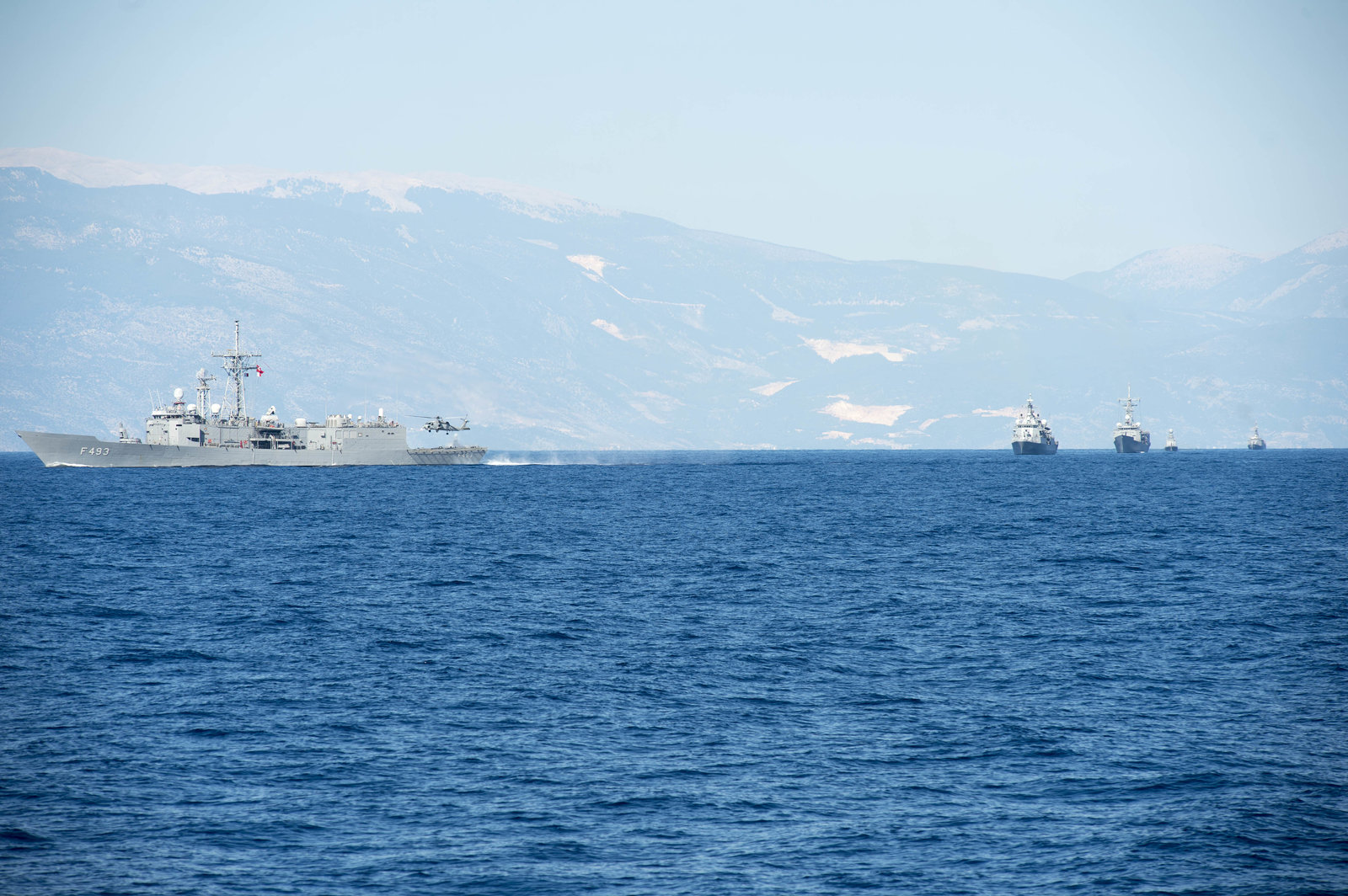 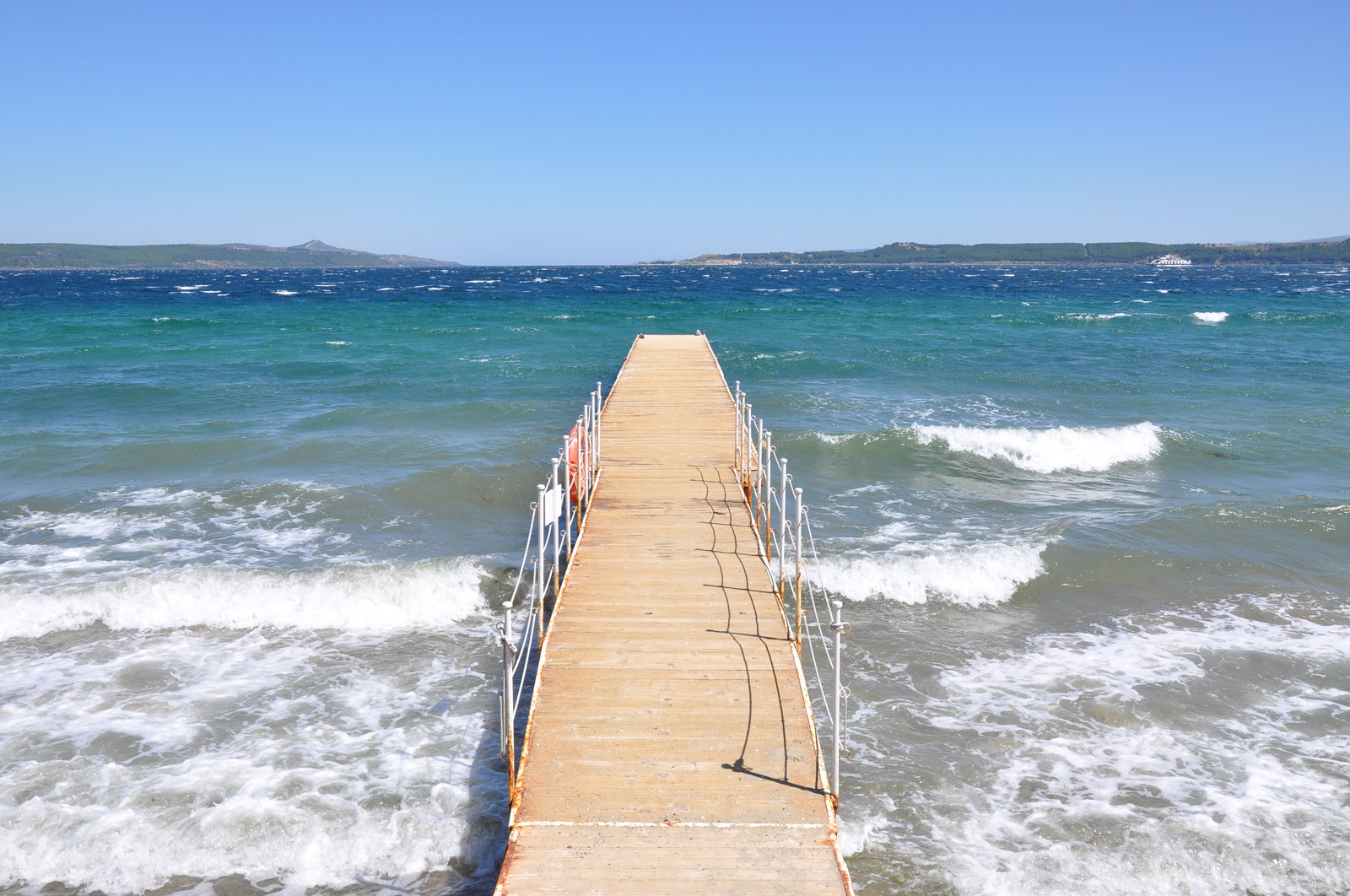 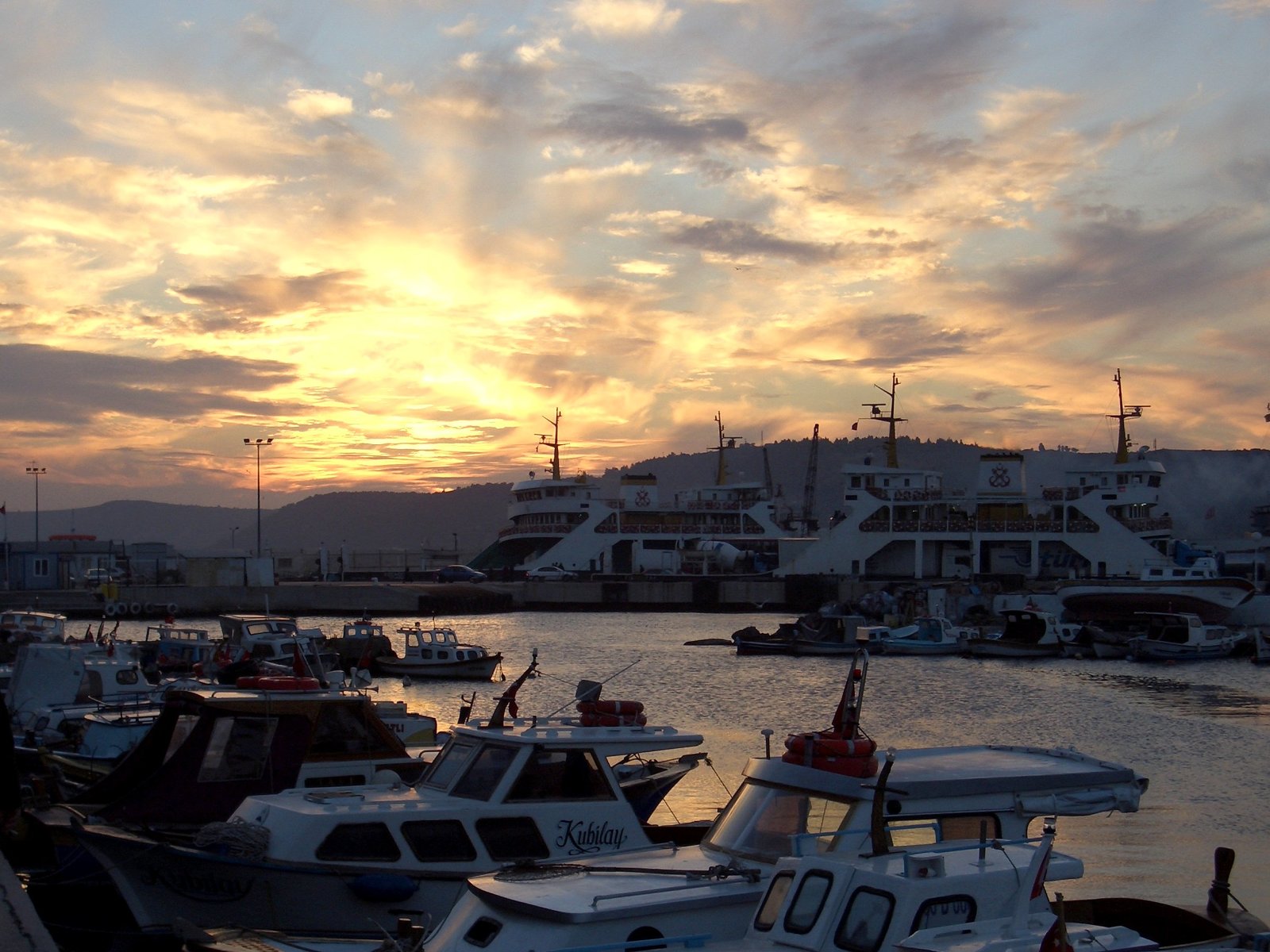