×
What are you looking for?
See all results
American Civil War forts in Fort Warren 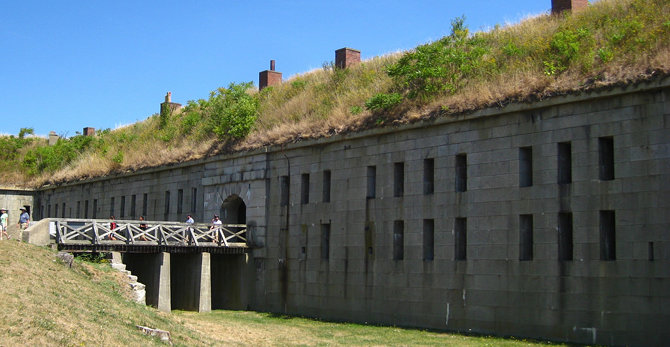 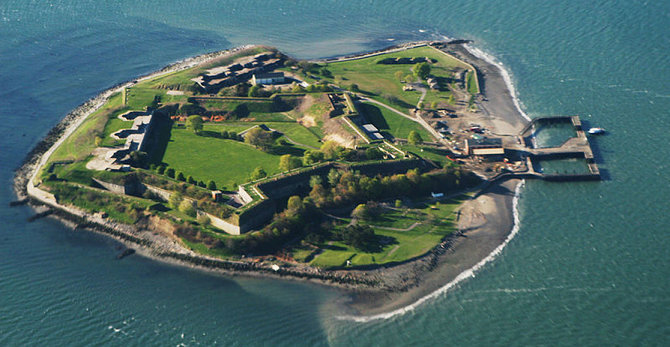 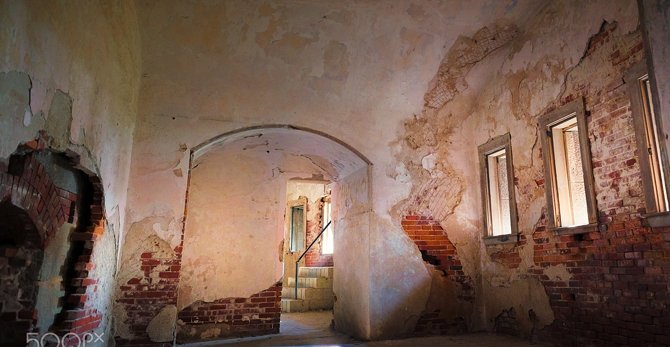 Fort Warren is a historic fort on the 28-acre (110,000 m2) Georges Island at the entrance to Boston Harbor. The fort is pentagonal, made with stone and granite, and was constructed from 1833–1861, completed shortly after the beginning of the American Civil War. Fort Warren defended the harbor in Boston, Massachusetts, from 1861

Fort Warren is a historic fort on the 28-acre (110,000 m2) Georges Island at the entrance to Boston Harbor. The fort is pentagonal, made with stone and granite, and was constructed from 1833–1861, completed shortly after the beginning of the American Civil War. Fort Warren defended the harbor in Boston, Massachusetts, from 1861 through the end of WWII, and during the Civil War served as a prisoner-of-war camp and a jail for political prisoners. The fort remained active through the Spanish-American War and World War I, and was re-activated during World War II. It was permanently decommissioned in 1947 and is now a National Historic Landmark and a tourism site. It was named for Revolutionary war hero Dr. Joseph Warren who sent Paul Revere on his famous ride. Dr. Warren was killed at the Battle of Bunker Hill.

Fort Warren was built from 1833 to 1861 and was completed shortly after the beginning of the American Civil War. The Army engineer in change during the bulk of the fort's construction was Colonel Sylvanus Thayer best known for his tenure as Superintendent of the United States Military Academy at West Point, New York. During the Civil War, the island fort served as a prisoner-of-war camp for captured Confederate army and navy personnel, elected civil officials from the state of Maryland, as well as Northern political prisoners.

James M. Mason and John Slidell, the Confederate diplomats seized in the Trent affair, were among those held at the fort. Military officers held at Fort Warren include Richard S. Ewell, Isaac R. Trimble, John Gregg, Adam "Stovepipe" Johnson, Simon Bolivar Buckner, Sr., and Lloyd Tilghman. High ranking civilians held at Fort Warren include Confederate Vice President Alexander H. Stephens, and Confederate Postmaster General John Henninger Reagan. The prison camp had a reputation for humane treatment of its detainees. When the camp commander's son, Lieutenant Justin E. Dimick, left Fort Warren for active duty in the field with the Second U.S. Artillery, he was given a letter from Confederate officers in the camp urging good care should he be captured. (He was later mortally wounded at Chancellorsville in May, 1863.)

The famous Union marching song John Brown was written at the fort using a tune from an old Methodist camp song. The song was carried to the Army of the Potomac by the men of the "Webster Regiment" (12th Massachusetts Infantry) who had mustered in at Fort Warren. Julia Ward Howe heard this song while visiting Washington DC. At the suggestion of her minister, Howe was encouraged to write new words. The Battle Hymn of the Republic, which was initially published as a poem, was later matched with the melody of the "John Brown" song and became one of the best remembered songs of the Civil War era.

After the Civil War

Fort Warren remained active through the Spanish-American War and World War I. The fort was modified in the late 1890s through the beginning of the twentieth century to accommodate the newer rifled ordnance then being developed for coastal defense. During World War II, the fort served as a control center for Boston Harbor's south mine field, a precaution taken in anticipation of potential attacks by Kriegsmarine U-boats. At that time, Fort Warren was staffed by personnel of the 241st Coast Artillery (Harbor Defense), a Massachusetts National Guard unit that was federalized in September, 1940. Fort Warren was permanently decommissioned after 1947.

Decommissioning and opening to the public

Fort Warren was owned by the U.S. federal government until 1958, when the state obtained possession from the General Services Administration. In 1961, the fort was reopened to the public after initial restoration efforts. Today, the Massachusetts Department of Conservation and Recreation maintains and administers the fort, which is the centerpiece of the Boston Harbor Islands National Recreation Area. An estimated 100,000 tourists visit the fort each year, which is accessible by ferry to Georges Island.

Georges Island is typically accessible from early-mid May through Columbus Day week-end. DCR Rangers offer guided tours or you may explore on your own. An information booth on Georges Island will post available activities.

Trina Beana
The lady in black ghost is believed to be the wife of Lt. Andrew Lanier, a prisoner at the fort. Both husband and wife were hung there on the gallows in 1862.

Benjamin Doyle
Old hospital on the south side of the fort walls
Load more comments
foursquare.com

See all hotels See all
The Beacon Luxury Waterfront Inn

Josephine's on the Bay Bed and Breakfast

Deer Island Light is a lighthouse in Boston Harbor, Boston,

Boston Light is a lighthouse located on Little Brewster Island in

Add to wishlist
I've been here
Visited
The Graves Light

The Graves Light is a lighthouse located on The Graves, the outermost

The John F. Kennedy Presidential Library and Museum is the

The Cathedral of St. George Historic District encompasses a historic

Fort Morgan is a historic fort at the mouth of Mobile Bay, Alabama,

Fort Stevens was an American military installation that guarded the 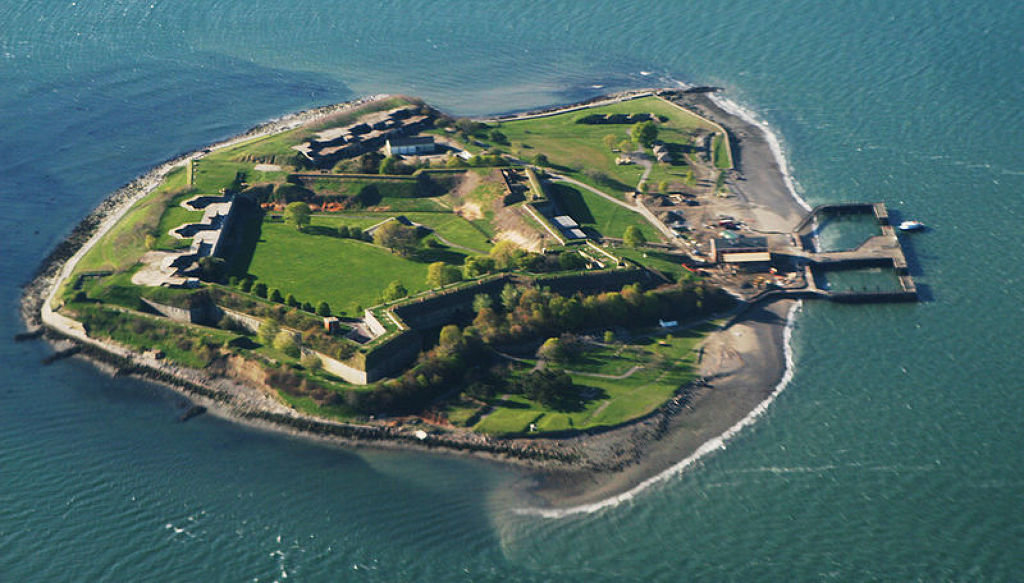 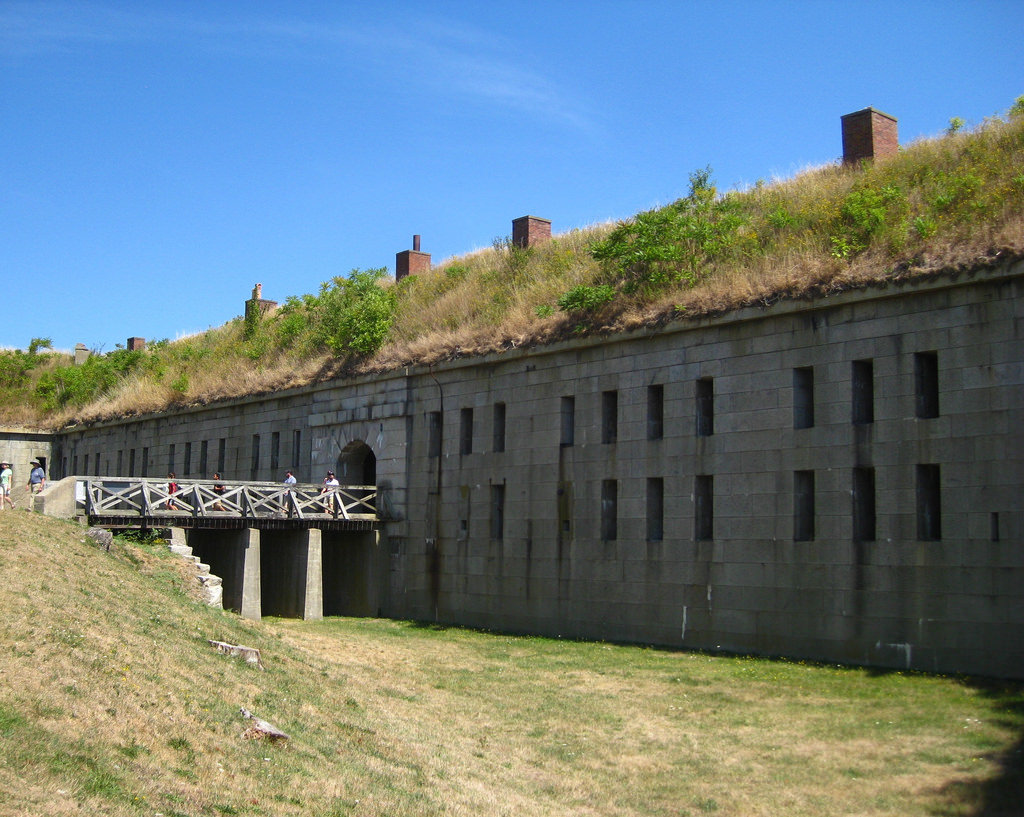 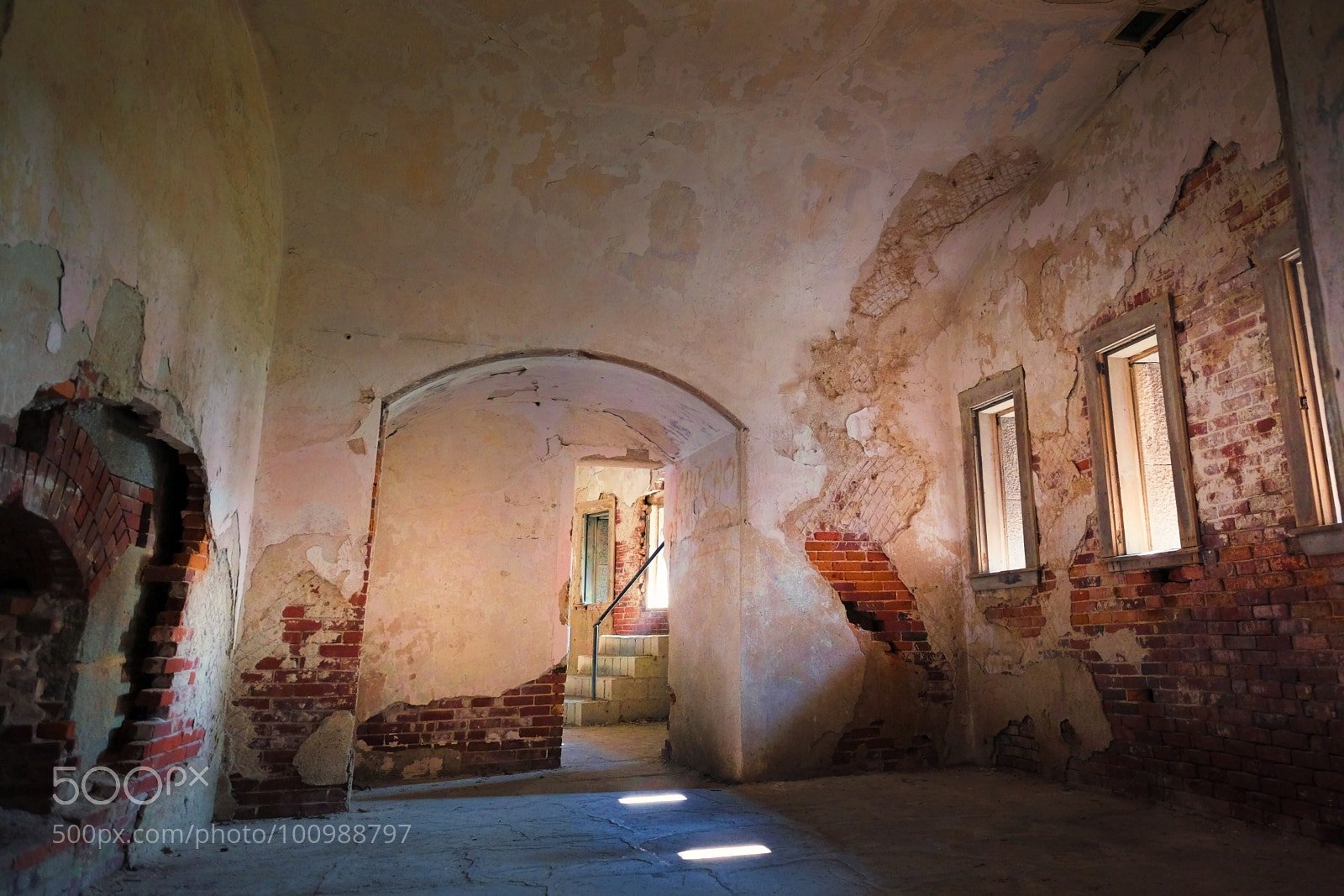 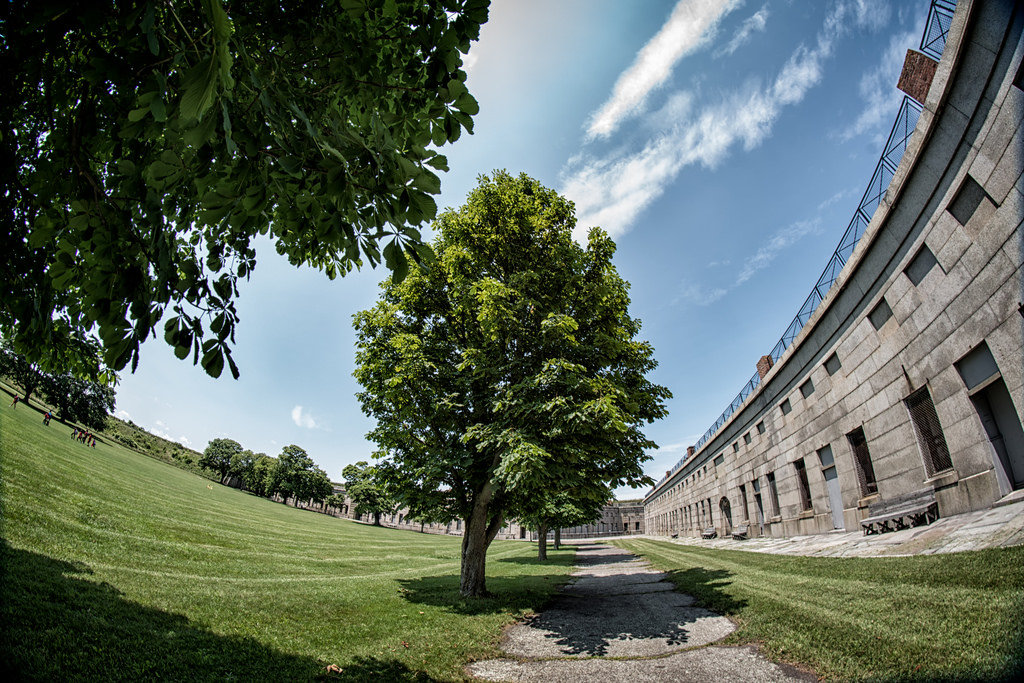 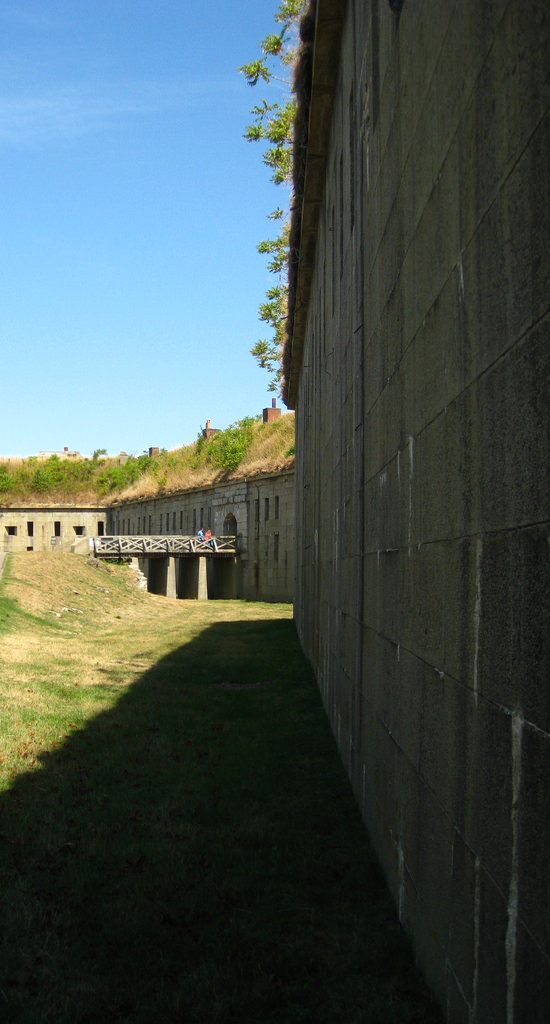 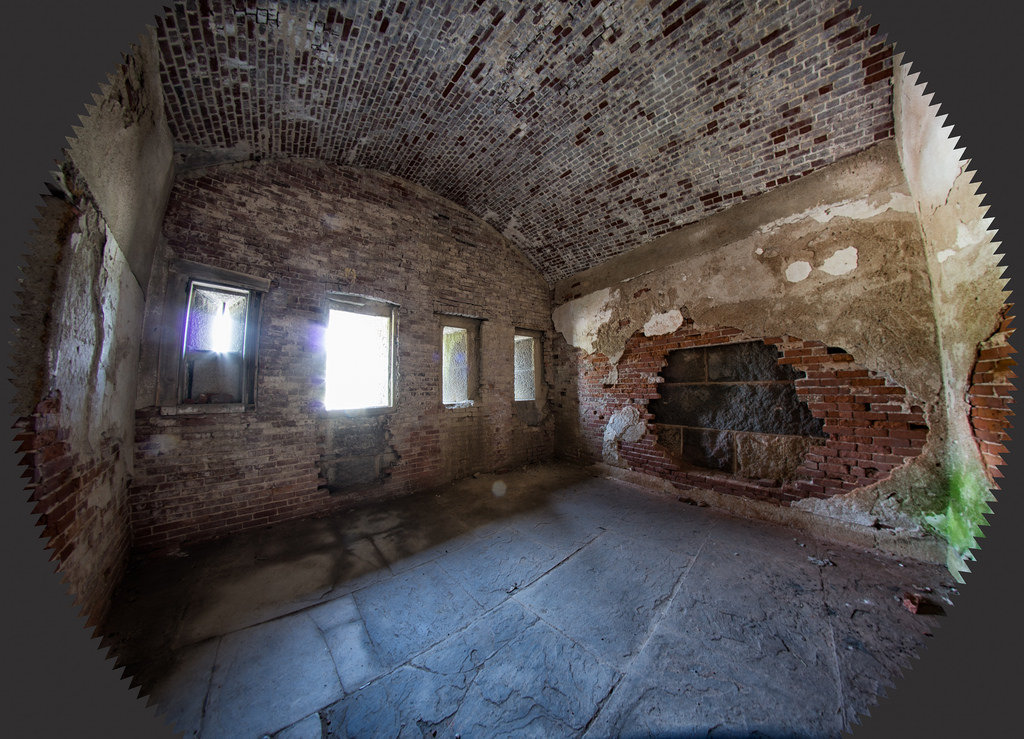 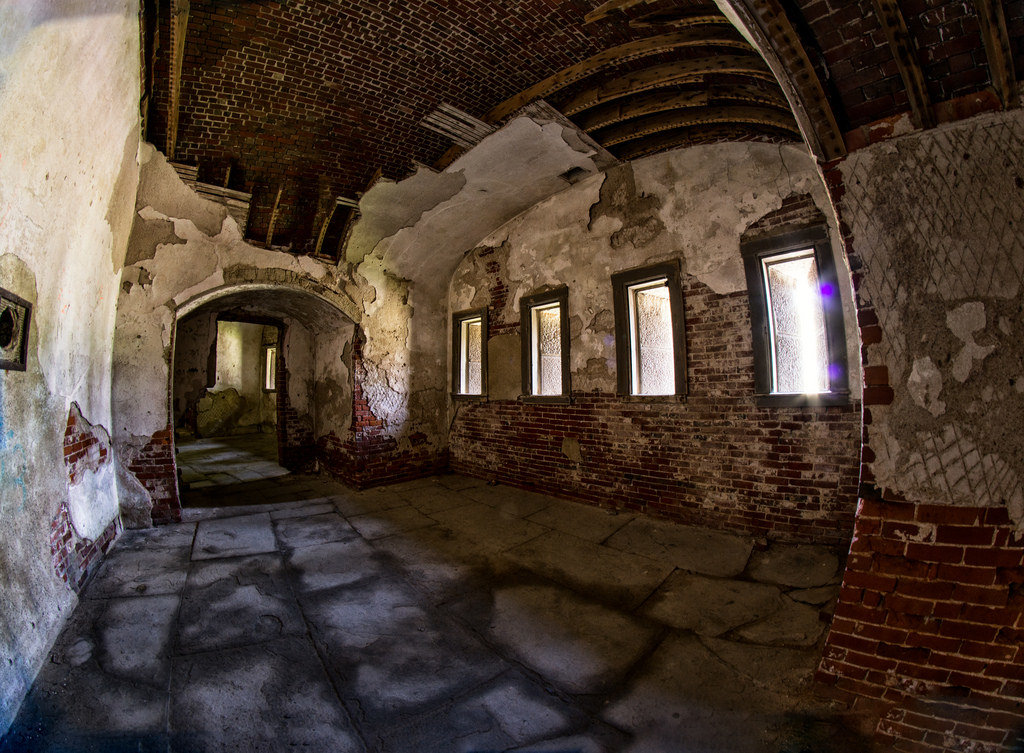 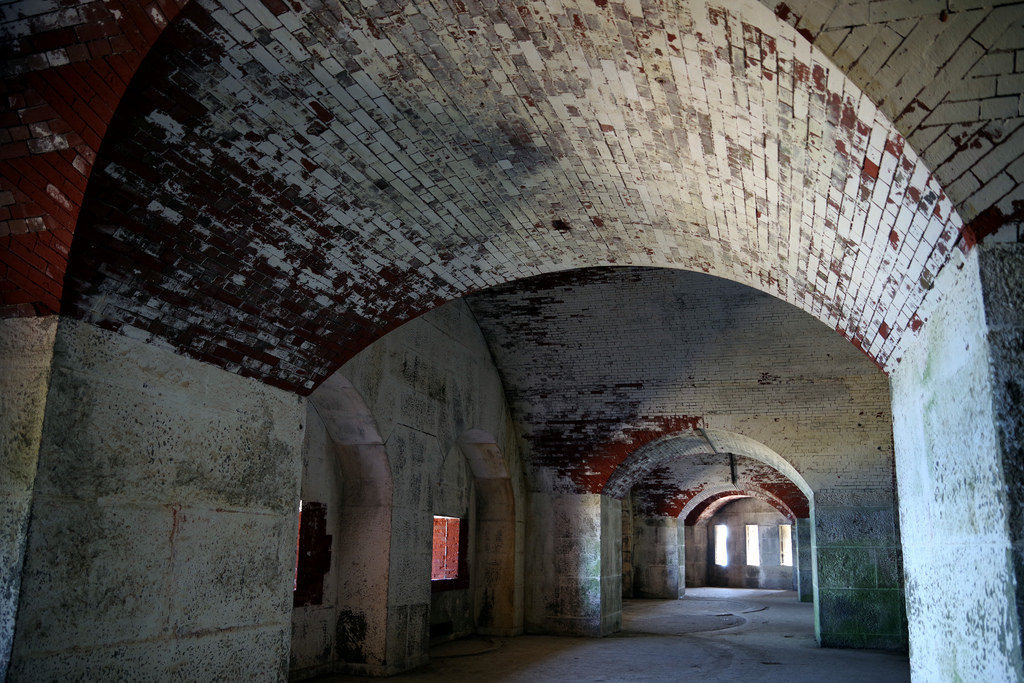 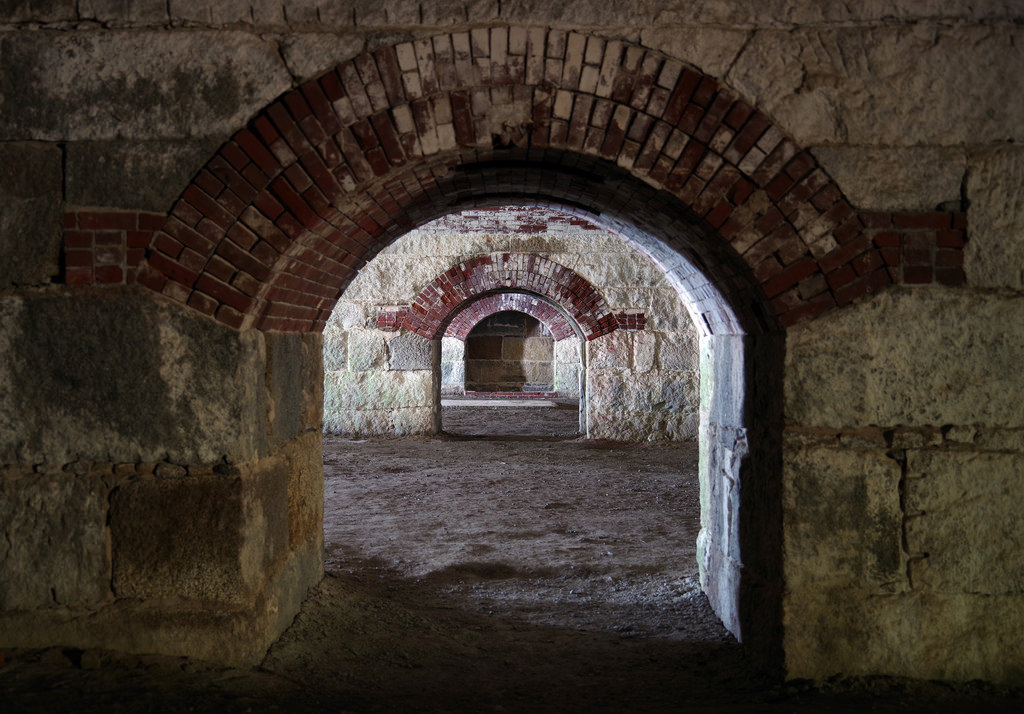 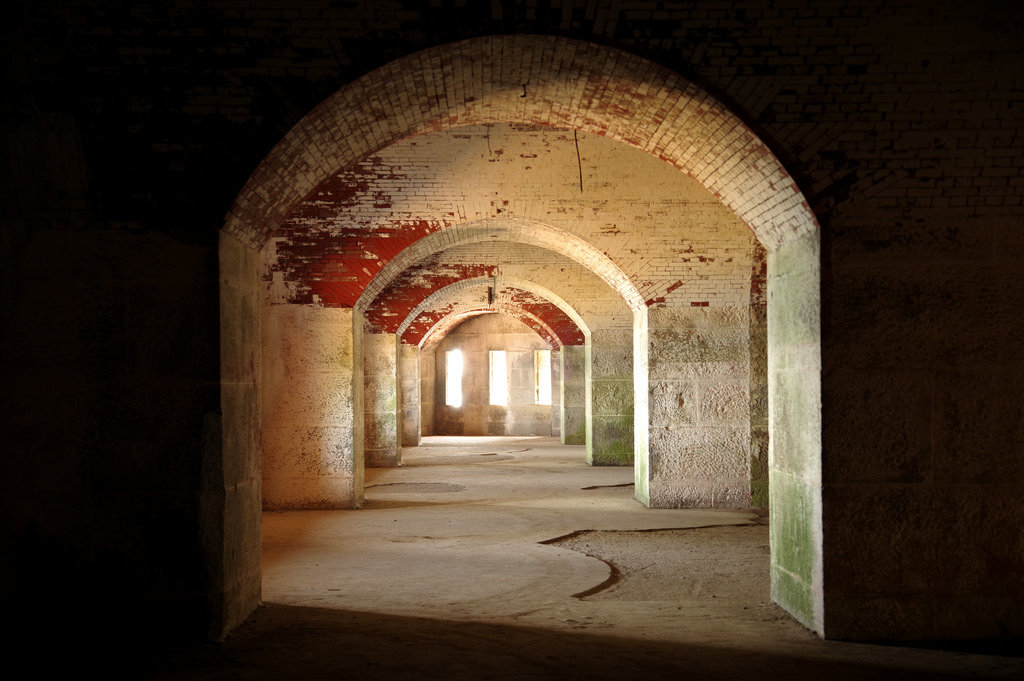 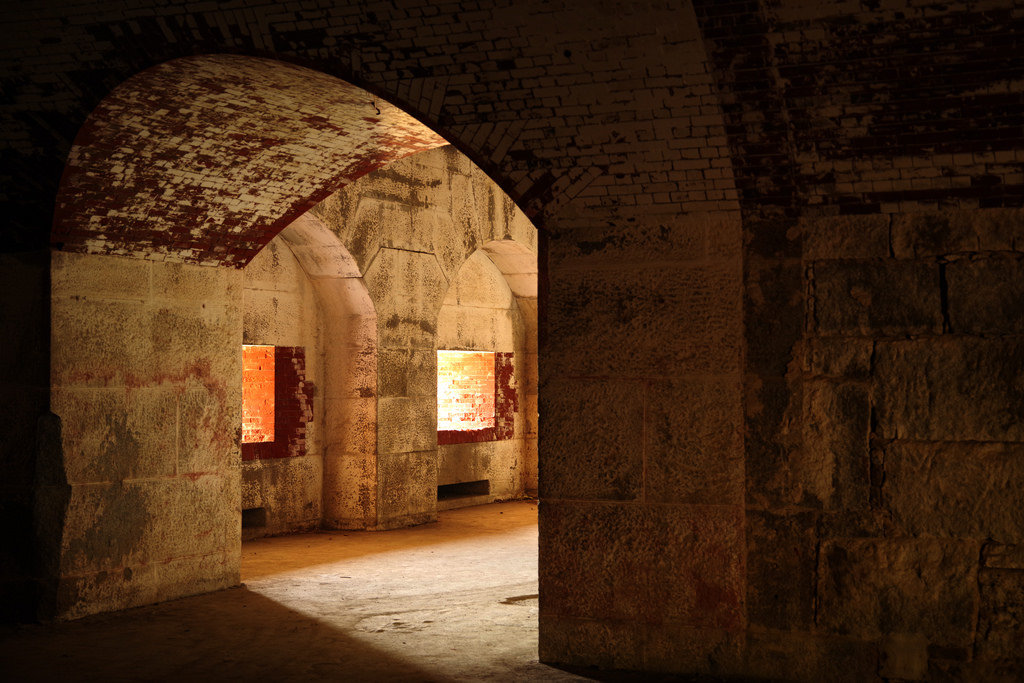 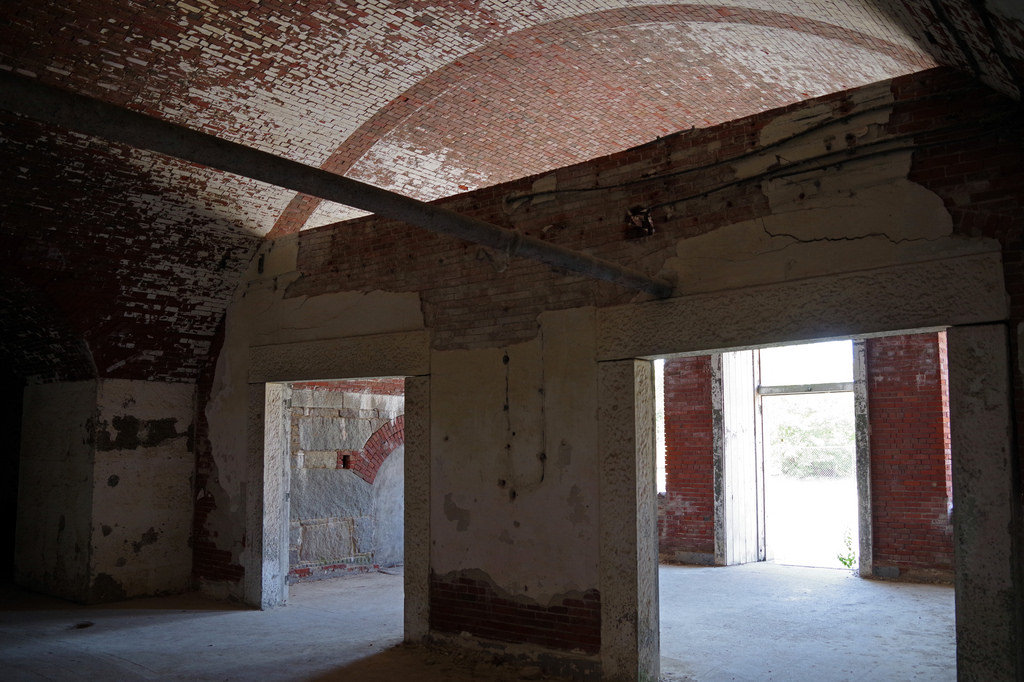 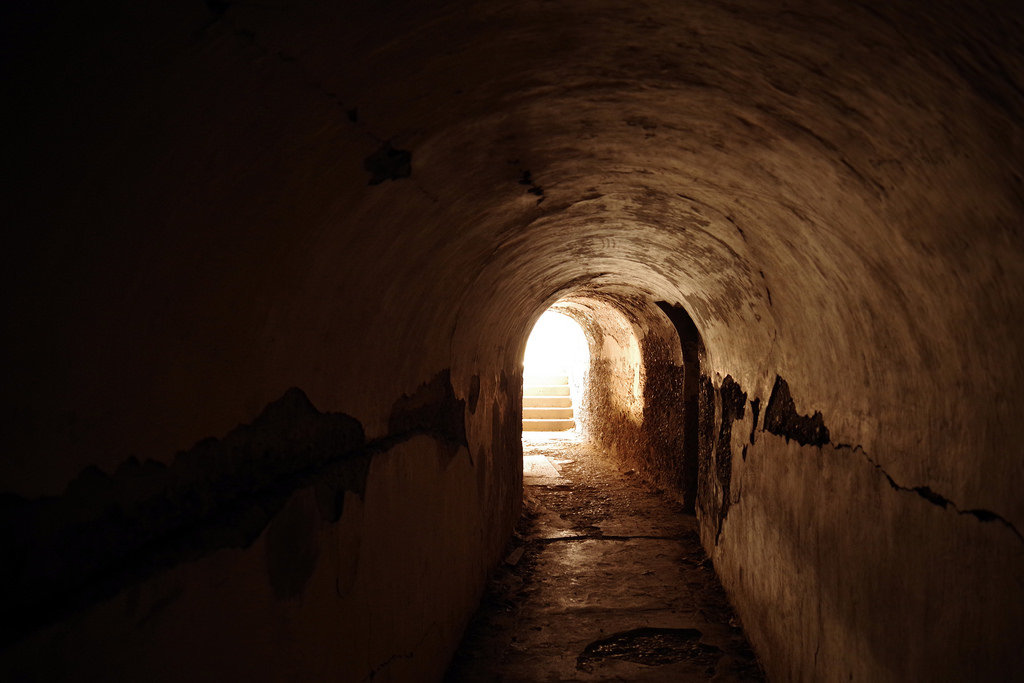 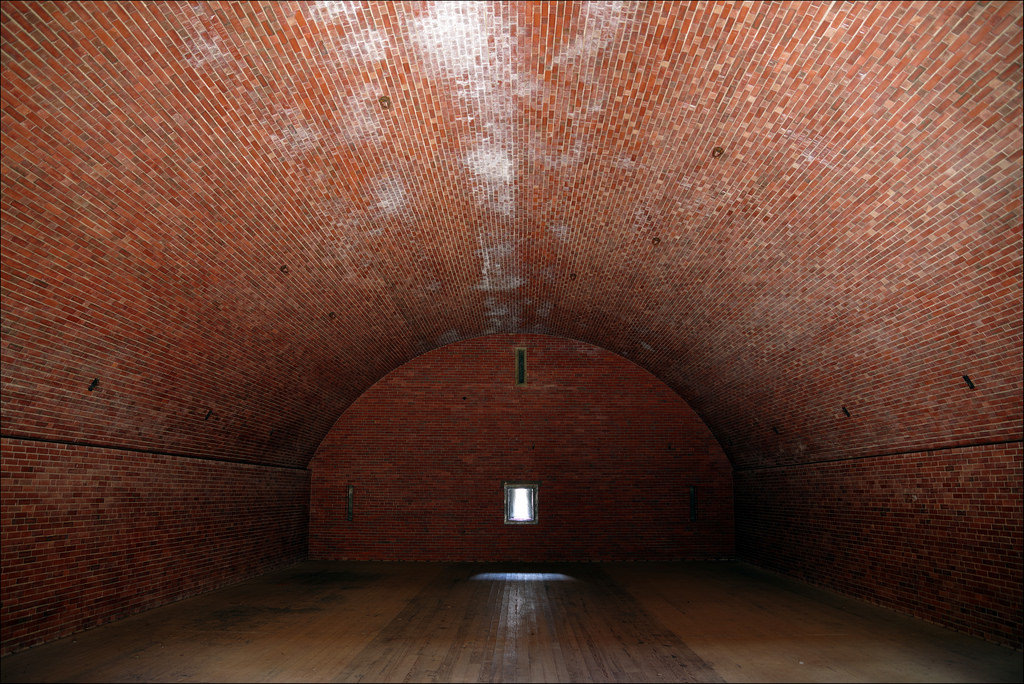 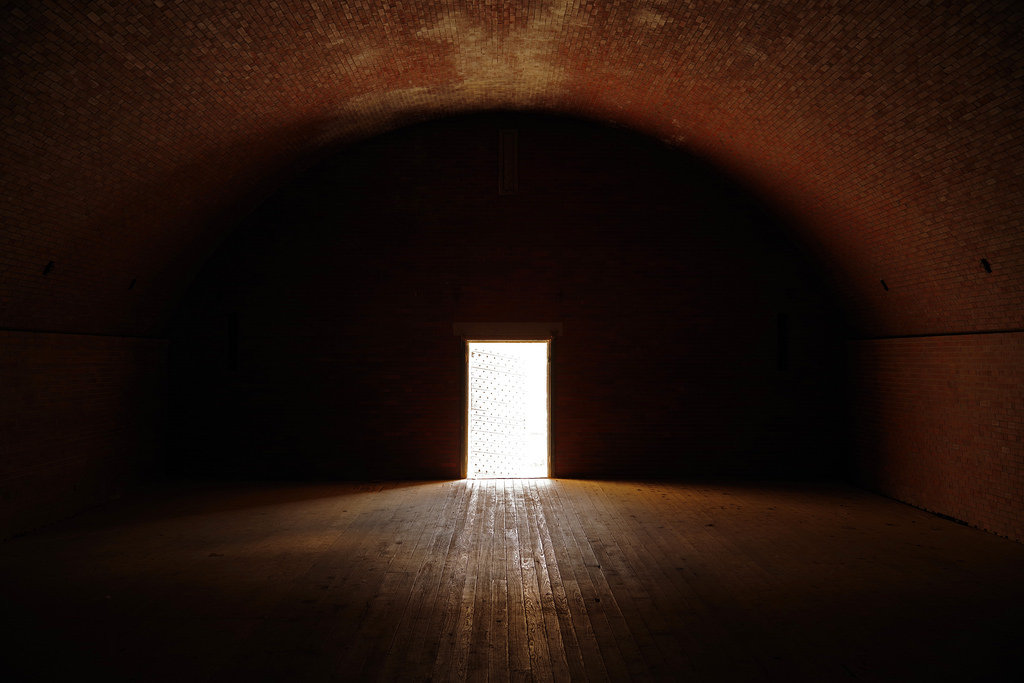 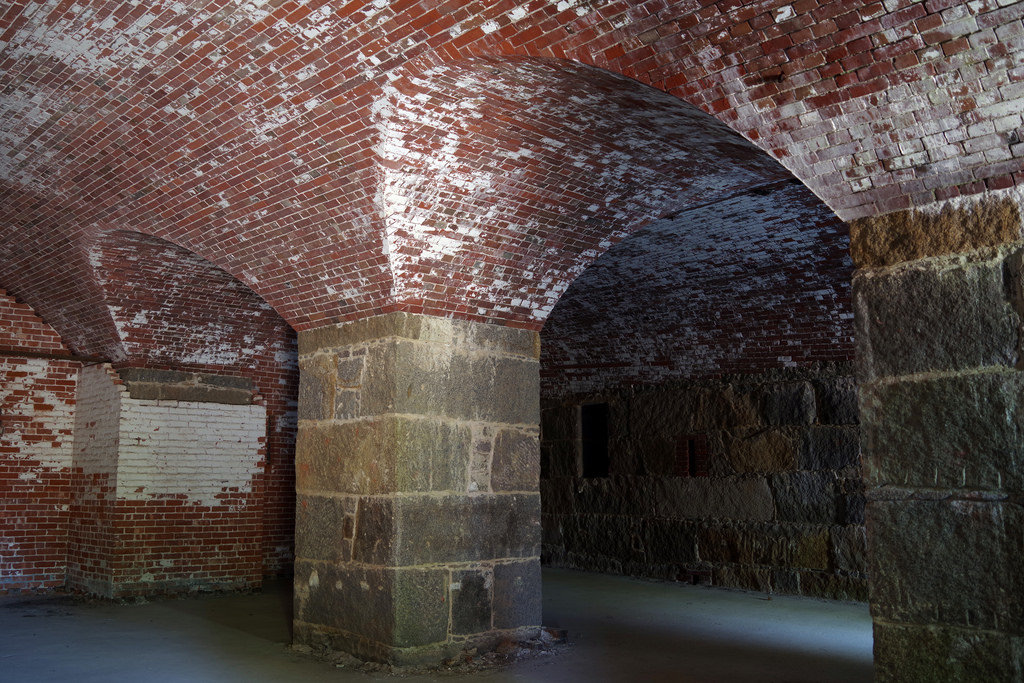 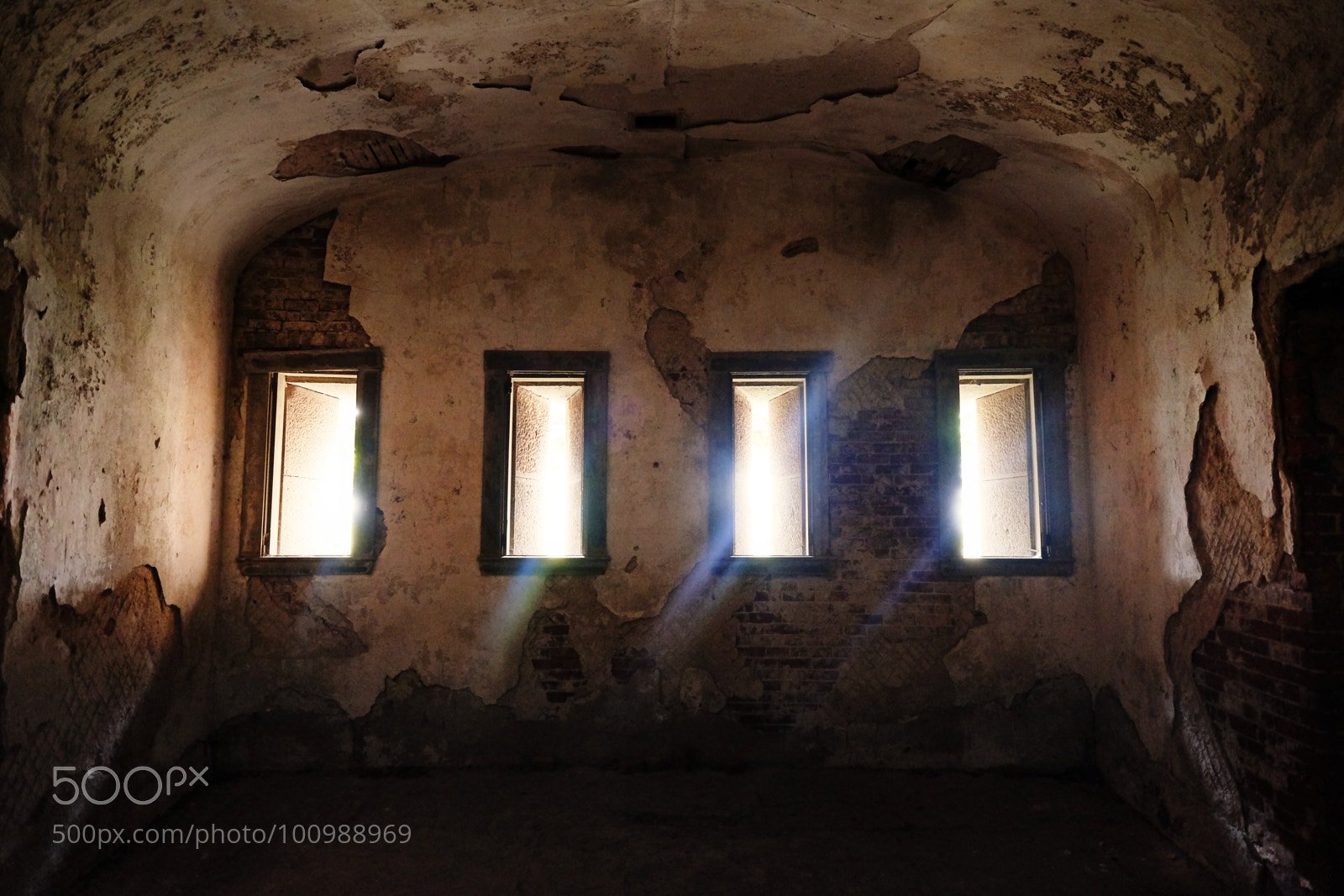 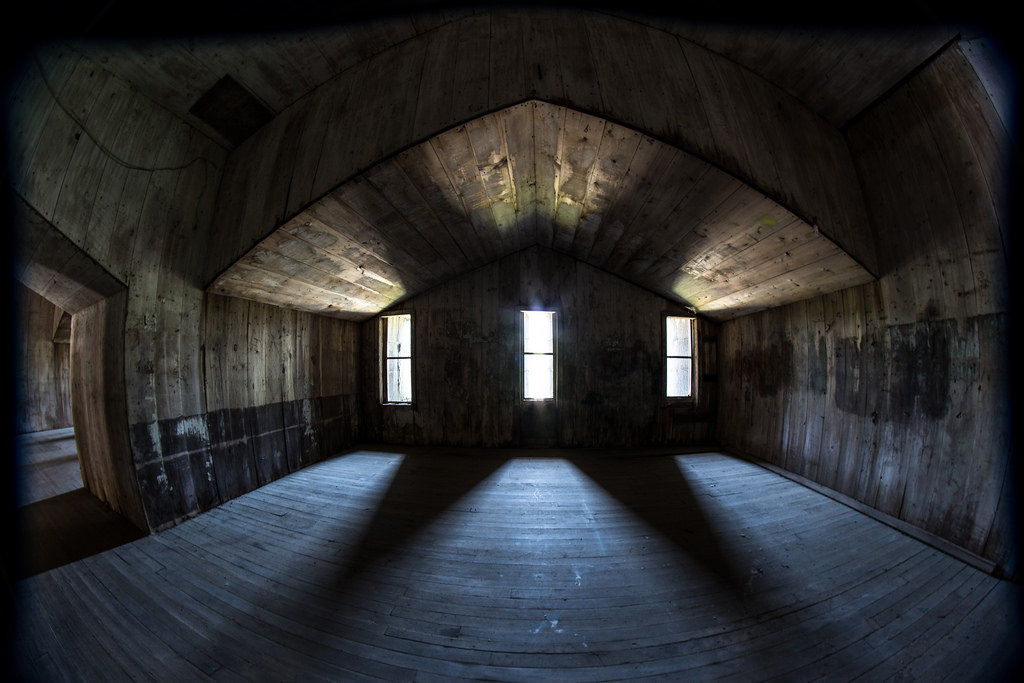 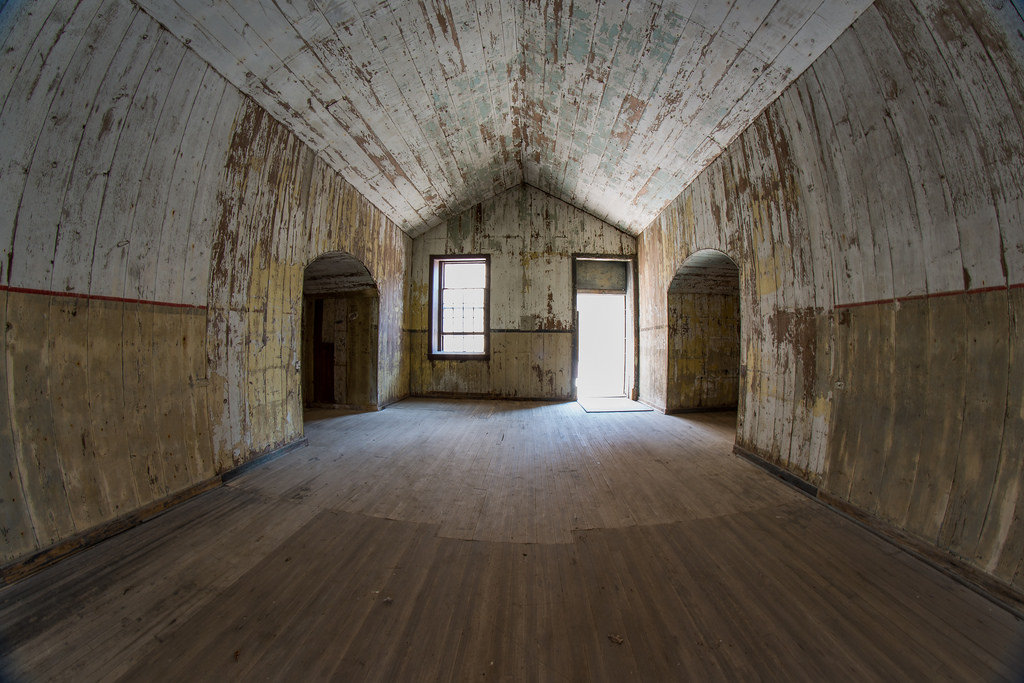 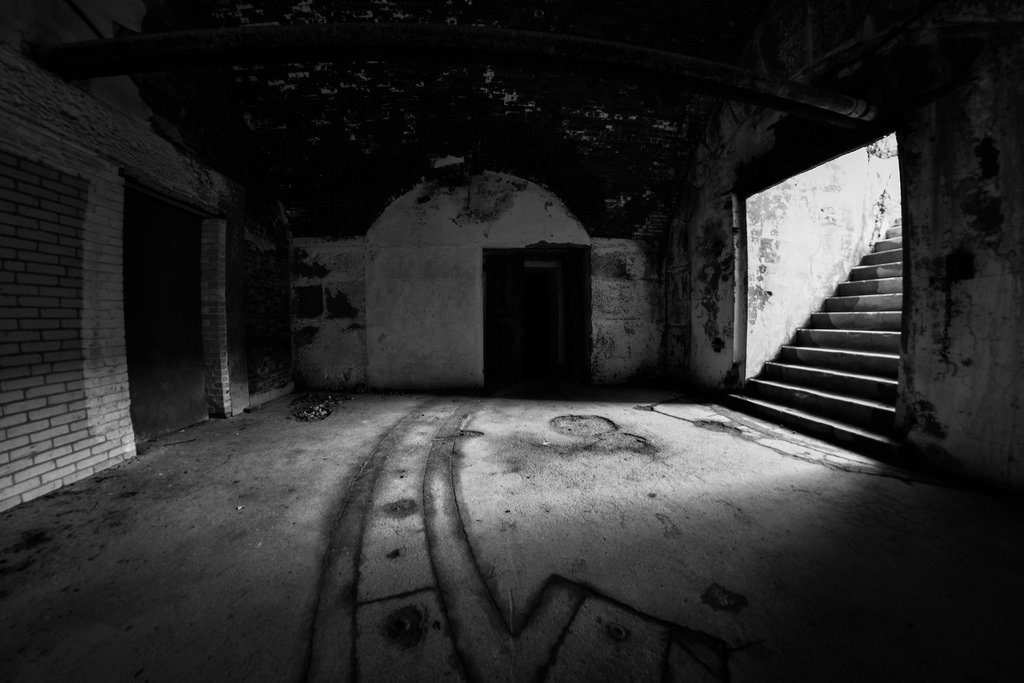 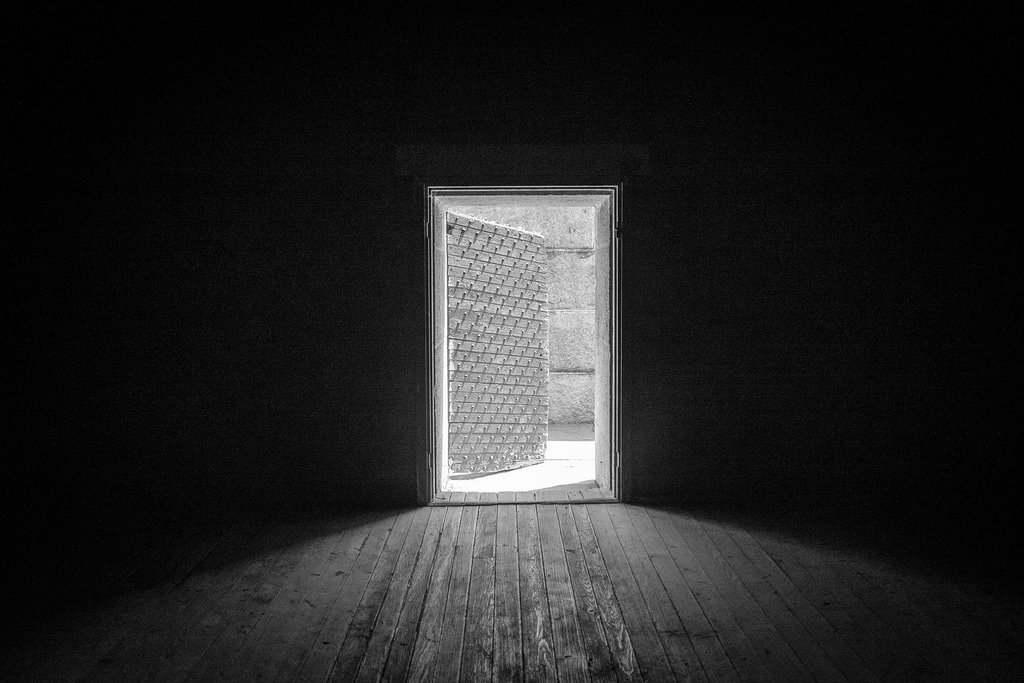