×
What are you looking for?
See all results
War of 1812 forts in Jersey City 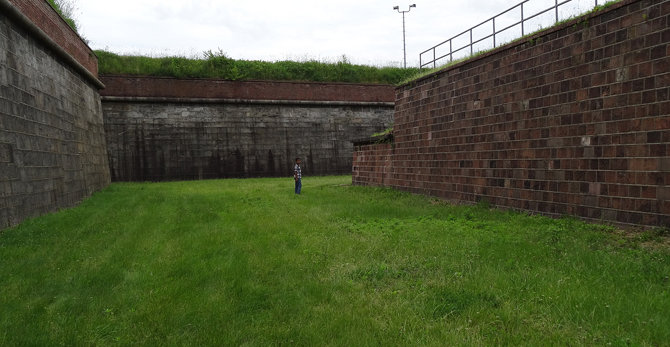 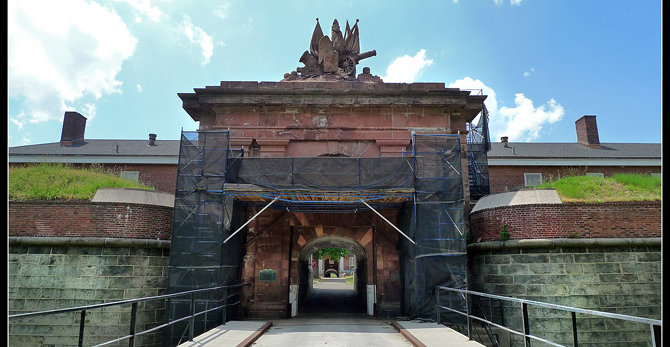 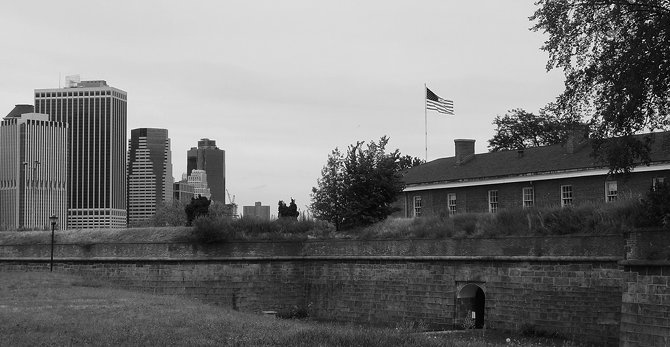 View all photos
I've been here
I Want to visit
Get directions
374 people have been here
6.8/10
Translate
English Español Google Translate

Fort Jay is a harbor fortification and the name of the former Army post located on Governors Island in New York Harbor. Fort Jay is the oldest defensive structure on the island, built to defend Upper New York Bay, but has served other purposes. Together with Castle Williams it is managed by the National Park Service as Governors Island National Monument.

Fort Jay is situated on the location of earthworks originally built to defend New York City during the American Revolution. The first earthen fortification was constructed by General Israel Putnam on this site starting in April 1776, and eight cannons were mounted there for the defence of New York Harbor. Additional artillery were added and on 12 July 1776 engaged HMS Phoenix and HMS Rose. The American's cannon inflicted enough damage to make the British commanders cautious of entering the East River, which later contributed to the success of General George Washington's August 29 - 30 retreat from Brooklyn into Manhattan after the defeat in the Battle of Brooklyn. The Americans abandoned the earthworks that September with the eventual British occupation of New York City. The British Army improved the existing earthworks and used the island as a British Navy hospital until they departed, 25 November 1783. At that time Governors Island was conveyed to the State of New York

In the years following the end of British occupation of New York in 1783, the works fell to ruin. A decade later in 1794, the State of New York began to finance improvements to improve the earthworks, then in ruin. They were reconstructed as a square fort with four corner bastions and named after the Federalist New York governor, John Jay. By 1797 Congress appropriated $30,117 for continued construction. Eventually, to allow for continued federal funding and upkeep of the works, the state conveyed Governors Island and the works at Fort Jay to the Federal government in February 1800 for one dollar.

The earthworks were replaced by granite and brick walls and the footprint of the fort enlarged to designs by Major Jonathan Williams, Chief engineer for the U.S. Army Corps of Engineers, Superintendent of the United States Military Academy and supervisor of fortifications in New York Harbor.

Williams replaced the earthworks with sandstone and granite walls and an arrow-shaped ravelin all surrounded by a dry moat. The moat is in turn surrounded by a sloped grassy area or glacis, that was once was cleared of trees, providing a clear field of fire at any advancing enemy forces. The slope was also designed to retard or stop cannon shot from naval ships. The overall result is still evident in the fort's star-shaped design visible from the air and its position on the highest point on the island. Construction of the walls and gate of the existing fort were completed in 1808. Later small wood and brick barracks buildings were constructed in the enclosed square space.

The walls of Fort Jay, with 55 Water Street, One New York Plaza, One Financial Square, and Continent — aidaneus @ Flickr

The fortification was named Fort Jay for John Jay, a member of the Federalist Party, New York governor, Supreme Court Justice, Secretary of State and one of the "founding fathers" of the United States. Jay, as George Washington's Secretary of State, negotiated an unpopular, but essential treaty, the Jay Treaty, addressing unresolved issues with Great Britain in the years after the Revolutionary War. With the change in presidential administrations and the recent transfer to the federal government, the fort was renamed Fort Columbus for Christopher Columbus, a name it retained until 1904.

19th century and the Civil War

for more information about the fort's history during the 19th century, see Fort Columbus

By the 1830s, four ranges of brick barracks replaced wooden barracks around the quadrangle inside the walls of the fort. The barracks were built as the fortification's ability to protect New York was diminished by the construction of Fort Hamilton and Fort Wadsworth at The Narrows of New York Harbor. The Greek Revival style barracks, unified by two-storey Tuscan porticos first served as officers' and enlisted men's housing for the permanent garrison.

During the American Civil War, the armorment of the fort was upgraded with nearly 50 10" and 15" Rodman cannons. Three 10" and one 15" Rodman cannons were retained at the fort's east entrance gate and north overlook to Lower Manhattan when the remainder were scrapped in October 1942 for the war effort during World War II.

In the early years of the Civil War, the north barracks were used to hold Confederate officers taken as prisoners of war pending transfer to other Union prisons such as Camp Johnson in Ohio, Fort Delaware or Fort Warren in Boston Harbor.

Fort Jay and Governors Island drew the attention of a former New York City lawyer and President Theodore Roosevelt's Secretary of War, Elihu Root. Root sought to enhance the island army post to better serve the army's needs and fend off efforts by the City of New York to close the post and reclaim the island as a city park. Root instigated the expansion of the island from its original 60 acres to 170 acres with landfill from the newly constructed New York City subways. He also commissioned the New York architectural firm of McKim, Mead and White to develop a master plan for the island which would demolish all the existing buildings on the island except for the three original fortifications on the island and a newly constructed chapel. The retention of the fortifications indicated Root's interest in retaining the historical structures as army decision makers he supervised were trying to accomplish their demolition. In one of his departing acts as Secretary of War in February 1904, he restored the original name of Fort Jay to the fortification and renamed the army post that evolved around it also as Fort Jay.

The glacis south of the fort continued to be used as a parade ground and in the 1920s also served as a polo field. By the 1930s, the Army used the Works Progress Administration to "shoe horn" a nine-hole golf course (now demolished) into the glacis surrounding the fort; it remained in service until 1996 as the only golf course in Manhattan.

Another 1930s WPA project was the complete renovation of the barracks in Fort Jay to family housing. Each company barracks was transformed into four townhouse style apartments that served the needs of junior officer family housing. As a further concession to the automobile, eight two car garages were constructed inside the fort behind the barracks to serve the fort's residents.

End of a military career

In 1964 the U.S. Army announced the closing of its Fort Jay army post as United States First Army headquarters and its relocation at that time to Fort Meade, Maryland. In 1966 the United States Coast Guard assumed control of Governors Island and continued to use Fort Jay as junior officer and civilian staff housing until it closed its Governors Island base in 1996.

In 2001, Fort Jay and Castle Williams were proclaimed as part of the Governors Island National Monument, administered by the National Park Service. Fort Jay was recognized as being one of the finest remaining examples of the Second System of American military fortifications. Since 2003, both fortifications have been open to the public on a summer seasonal basis as they undergo stabilization.

Swen G
Inside the fort is a central courtyard. Grab one of the rocking chairs on the porch. If you doze off a little in one on a sunny afternoon, it wouldn't be the worst thing in the world.

Untapped Cities
Did you know that Fort Jay is located on the site of a revolutionary war fort built by General Israel Putnum?
Load more comments
foursquare.com

See all hotels See all
TownQuarters

Castle Williams is a circular fortification of red sandstone on the

Battery Park is a Шаблон:Convert public park located at the south

Charging Bull, which is sometimes referred to as the Wall Street Bull

Fort Mackinac was a military outpost garrisoned from the late 18th

Fort Niagara is a fortification originally built to protect the

Castle Williams is a circular fortification of red sandstone on the 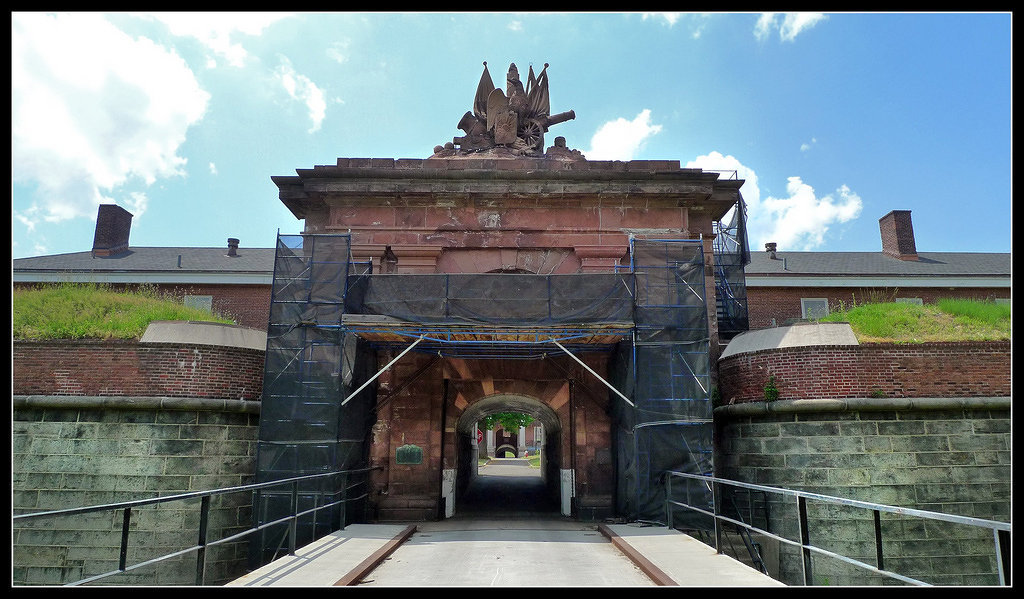 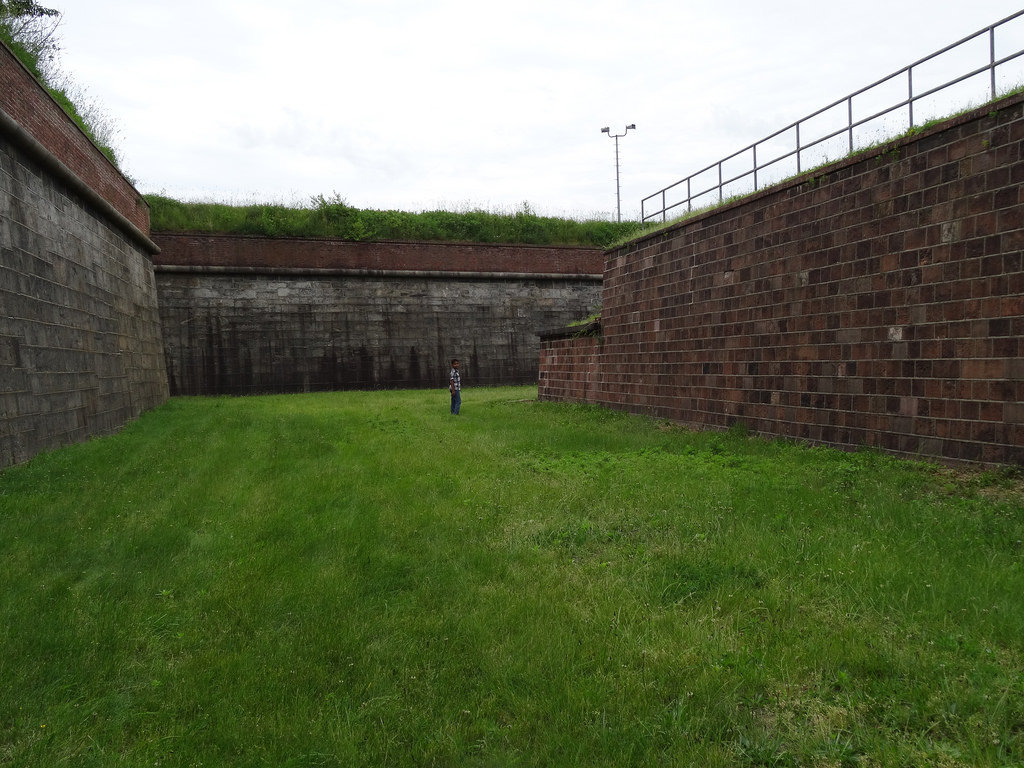 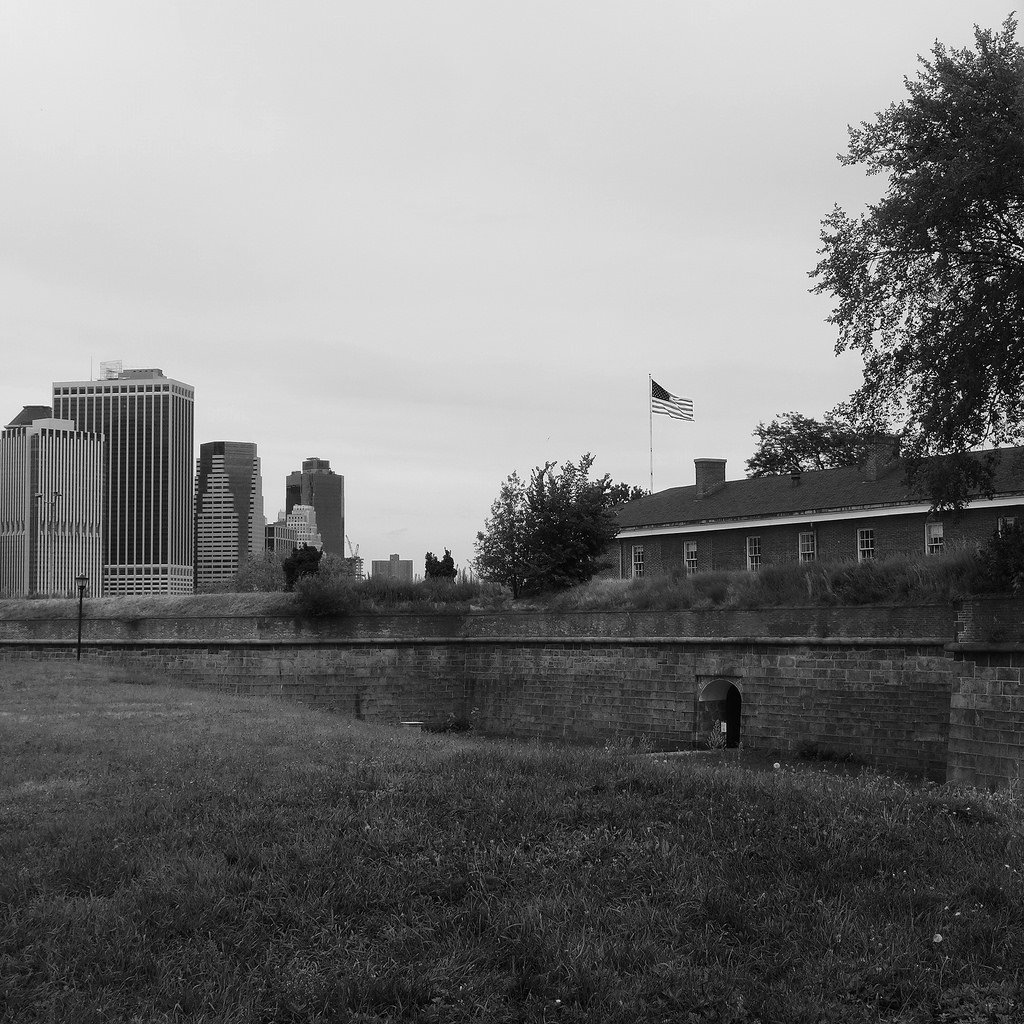 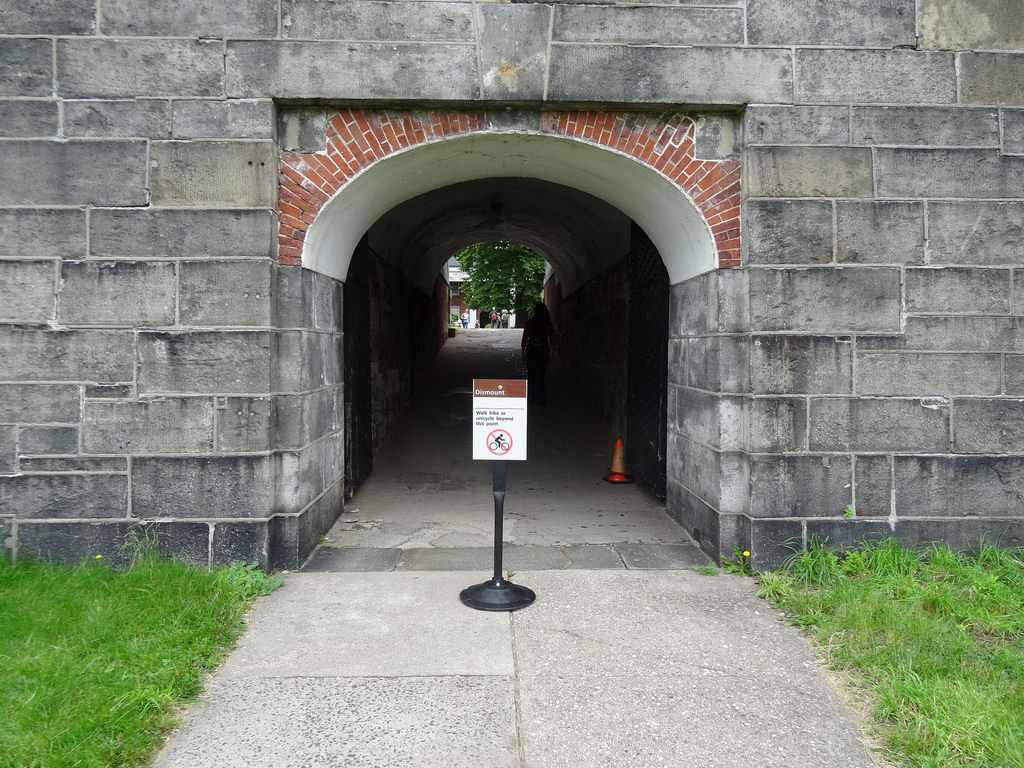 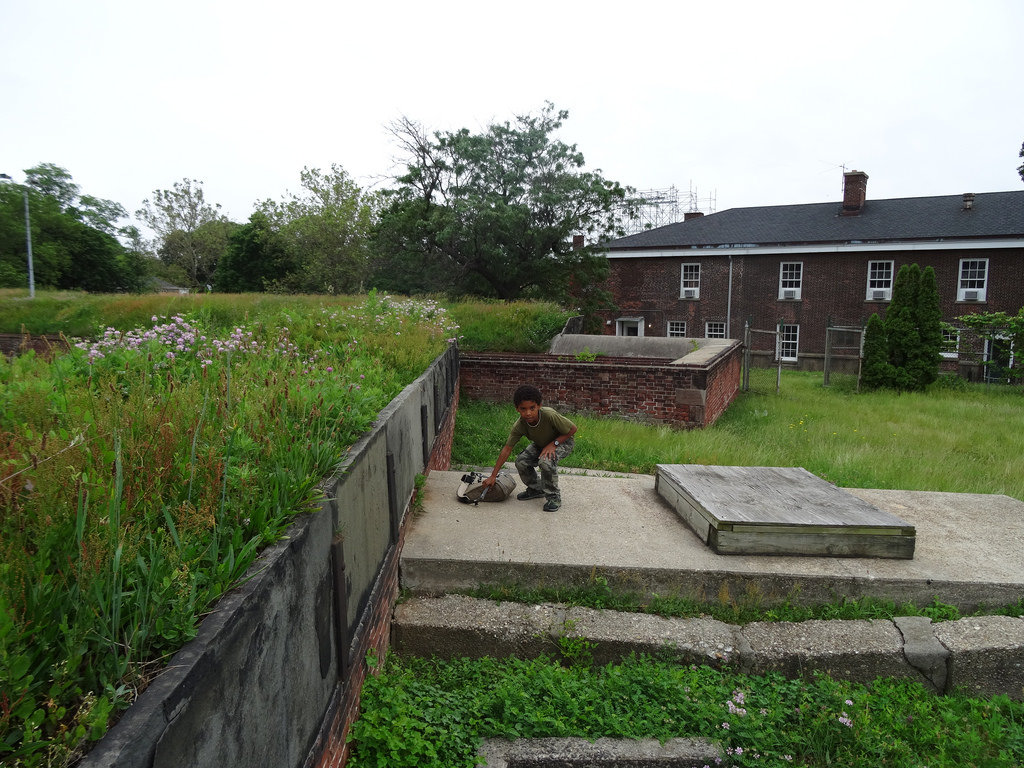 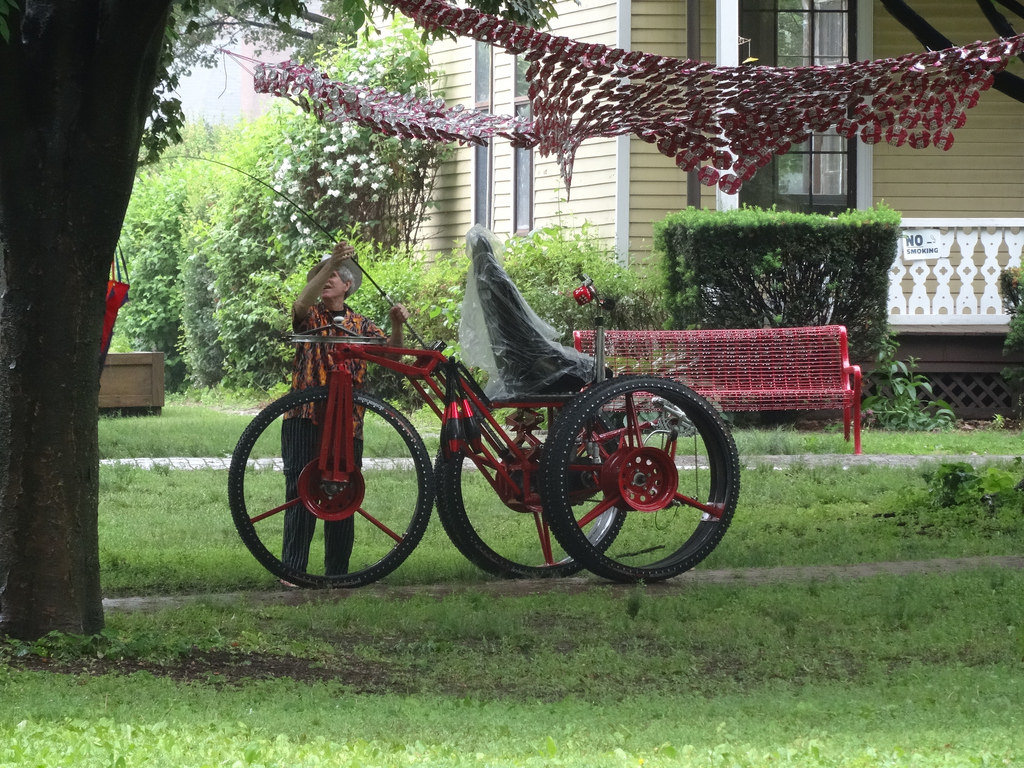 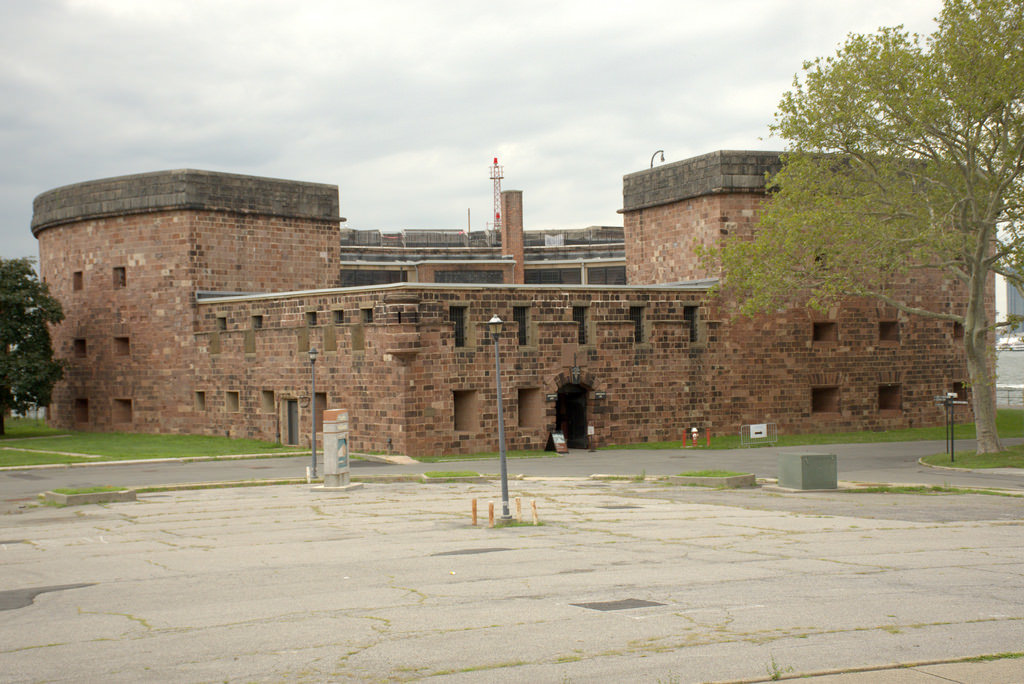 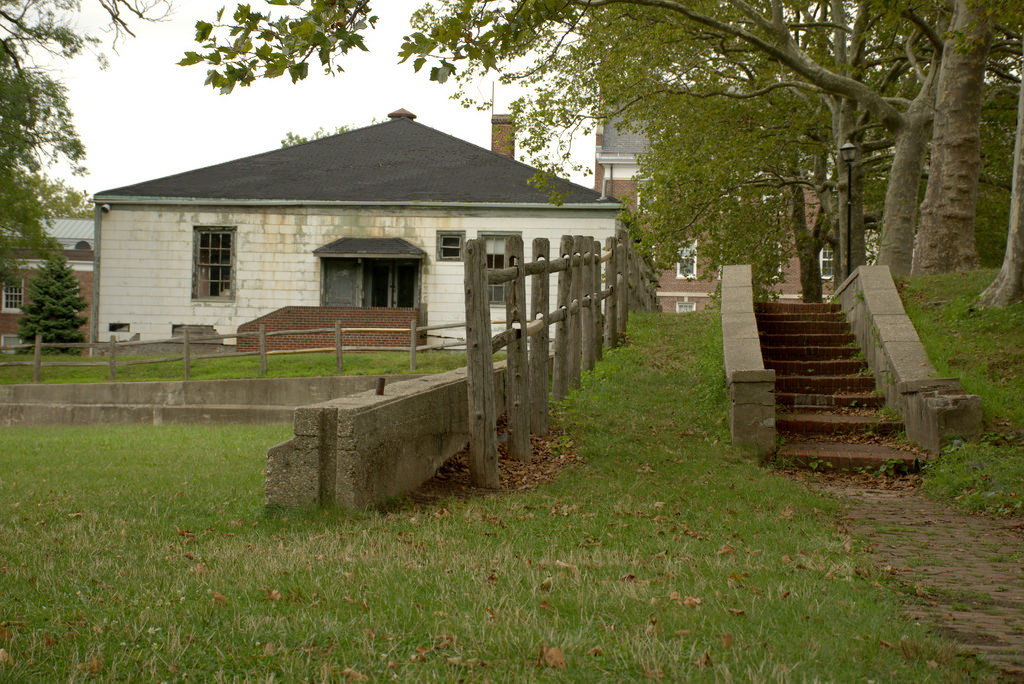 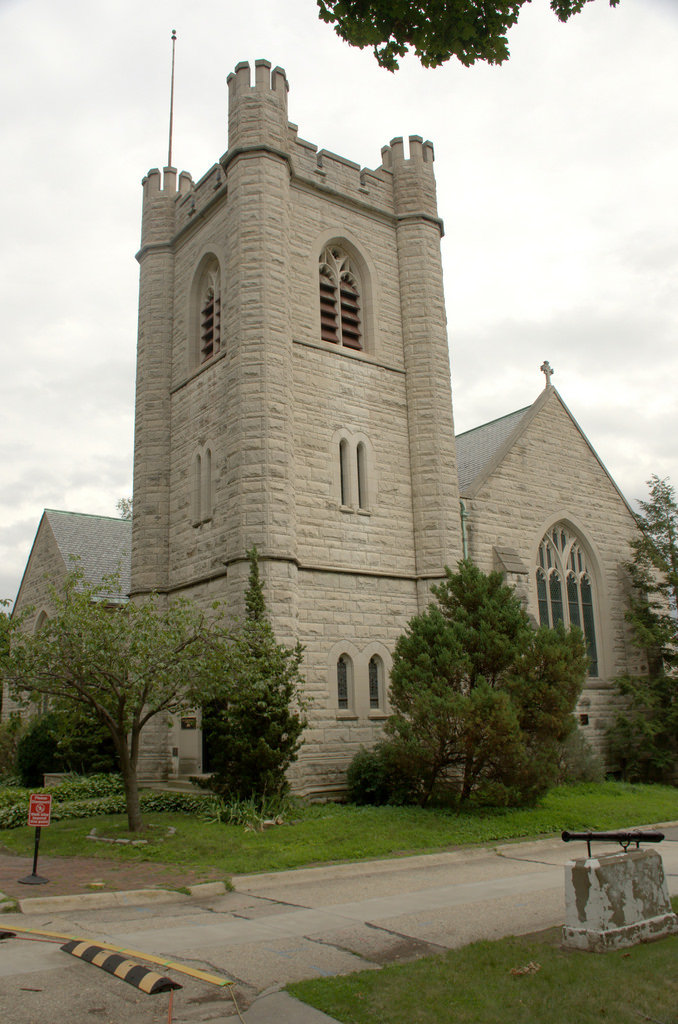 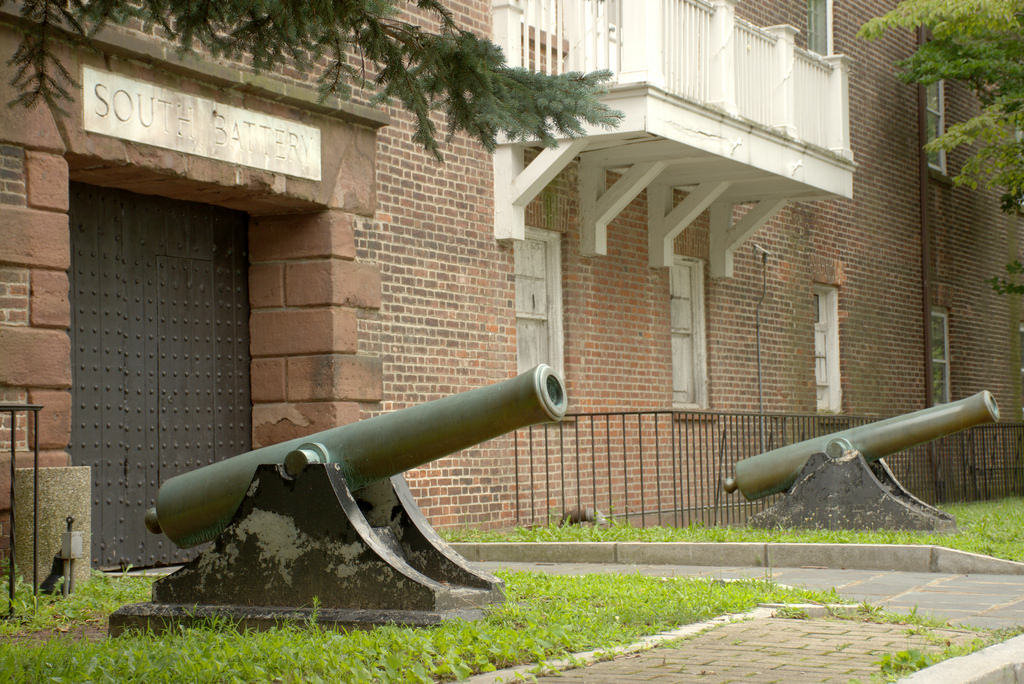 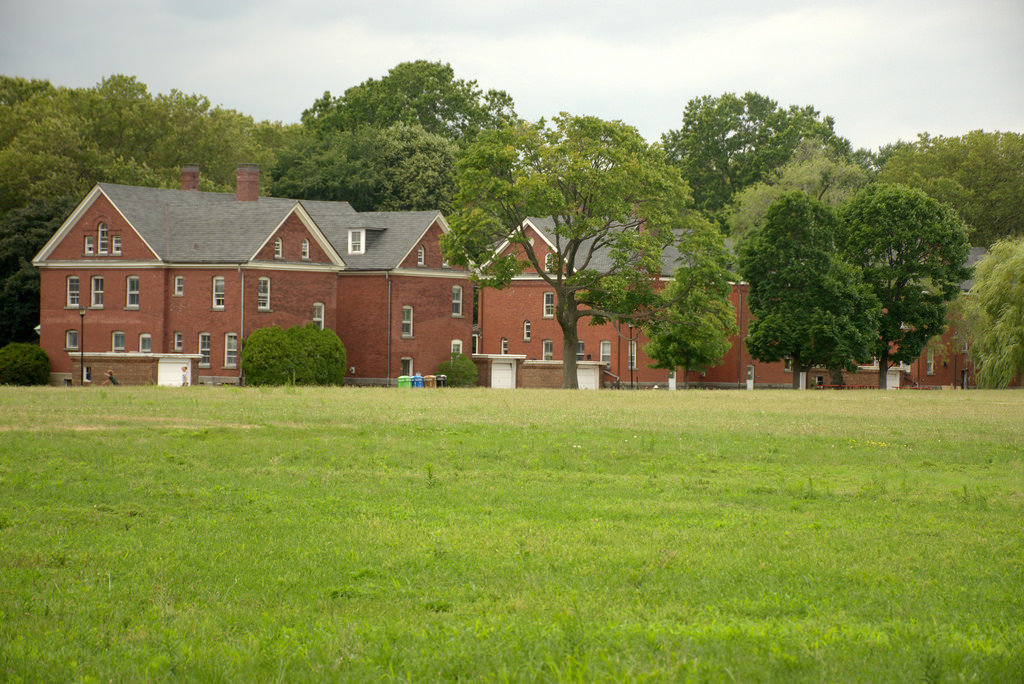 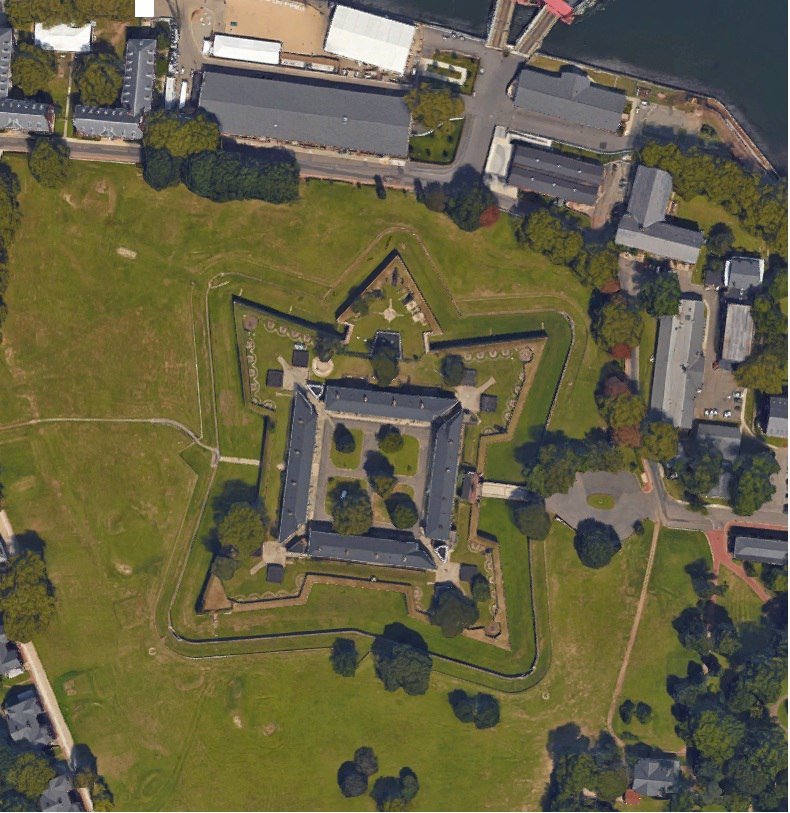 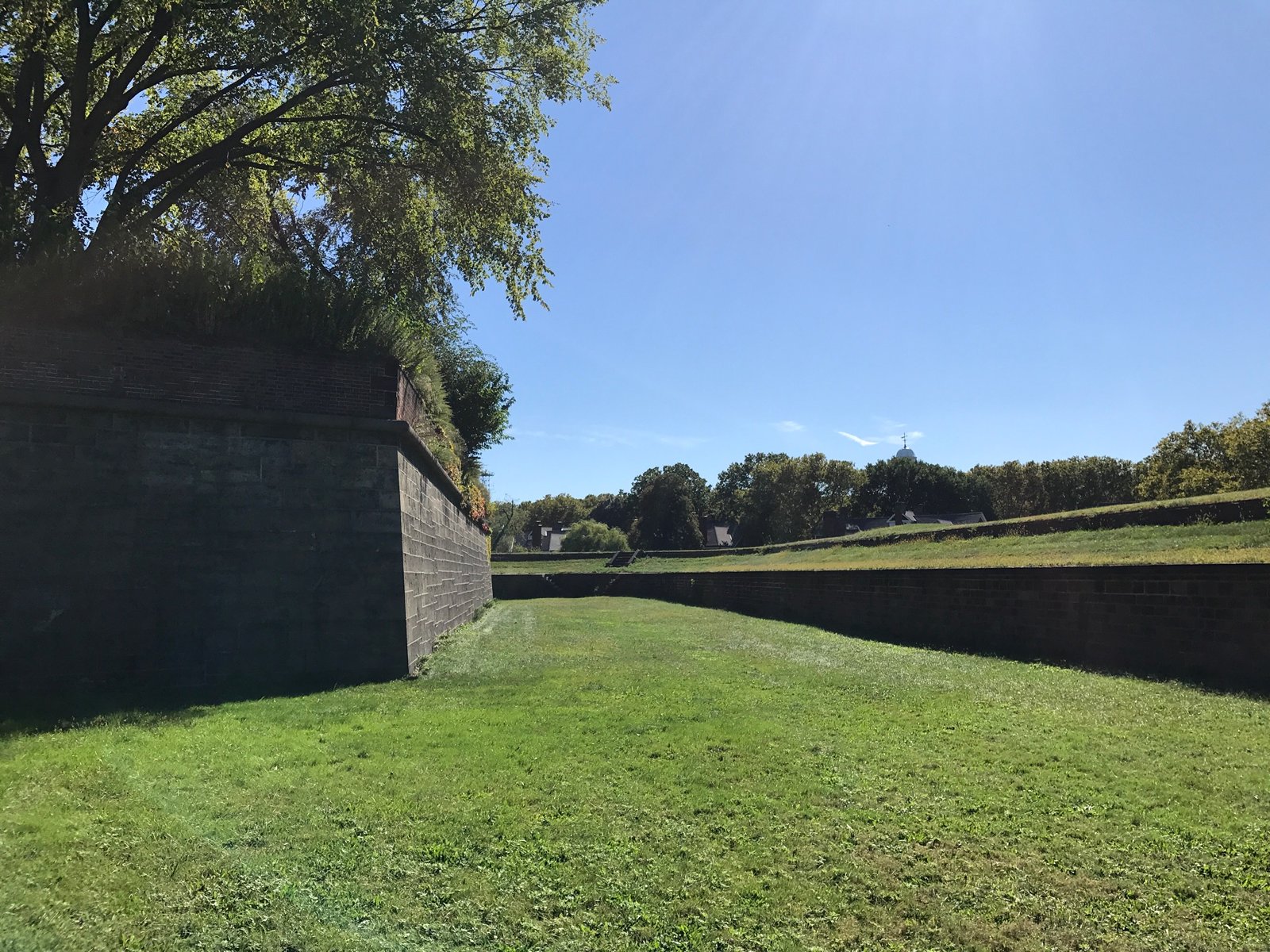 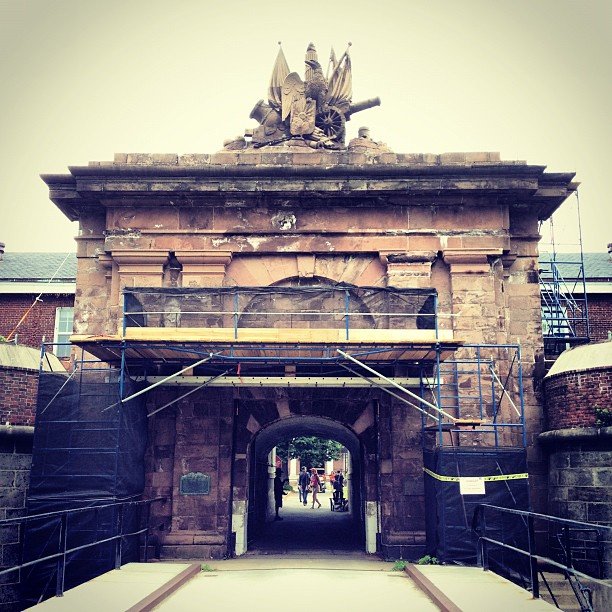 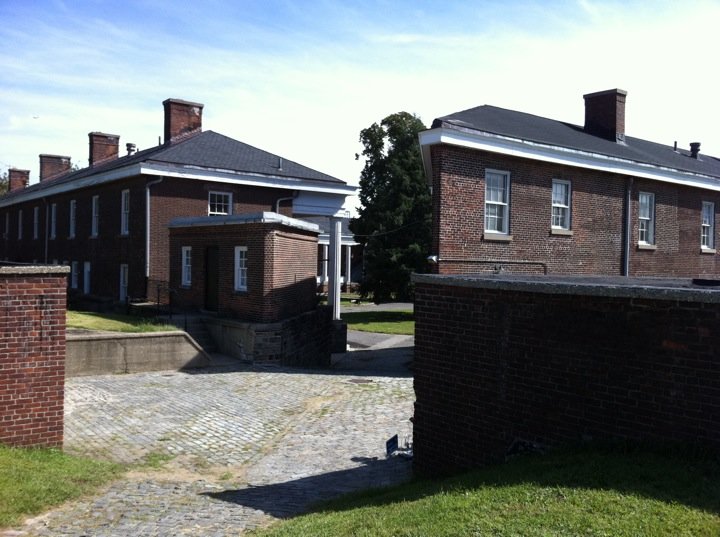 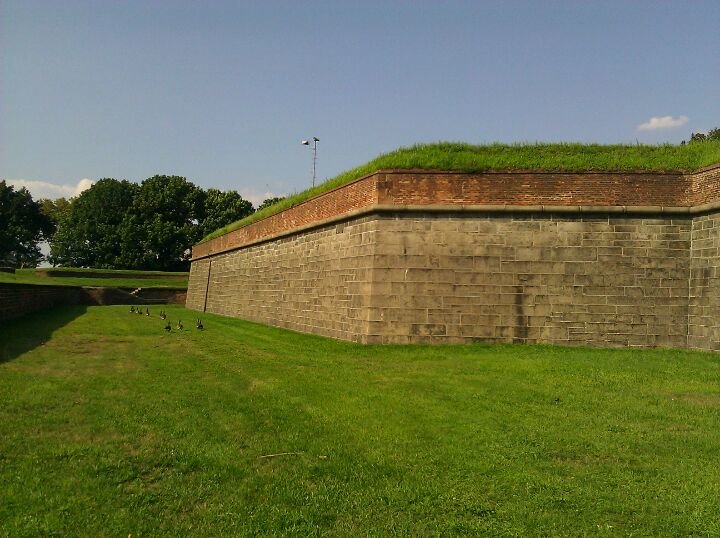 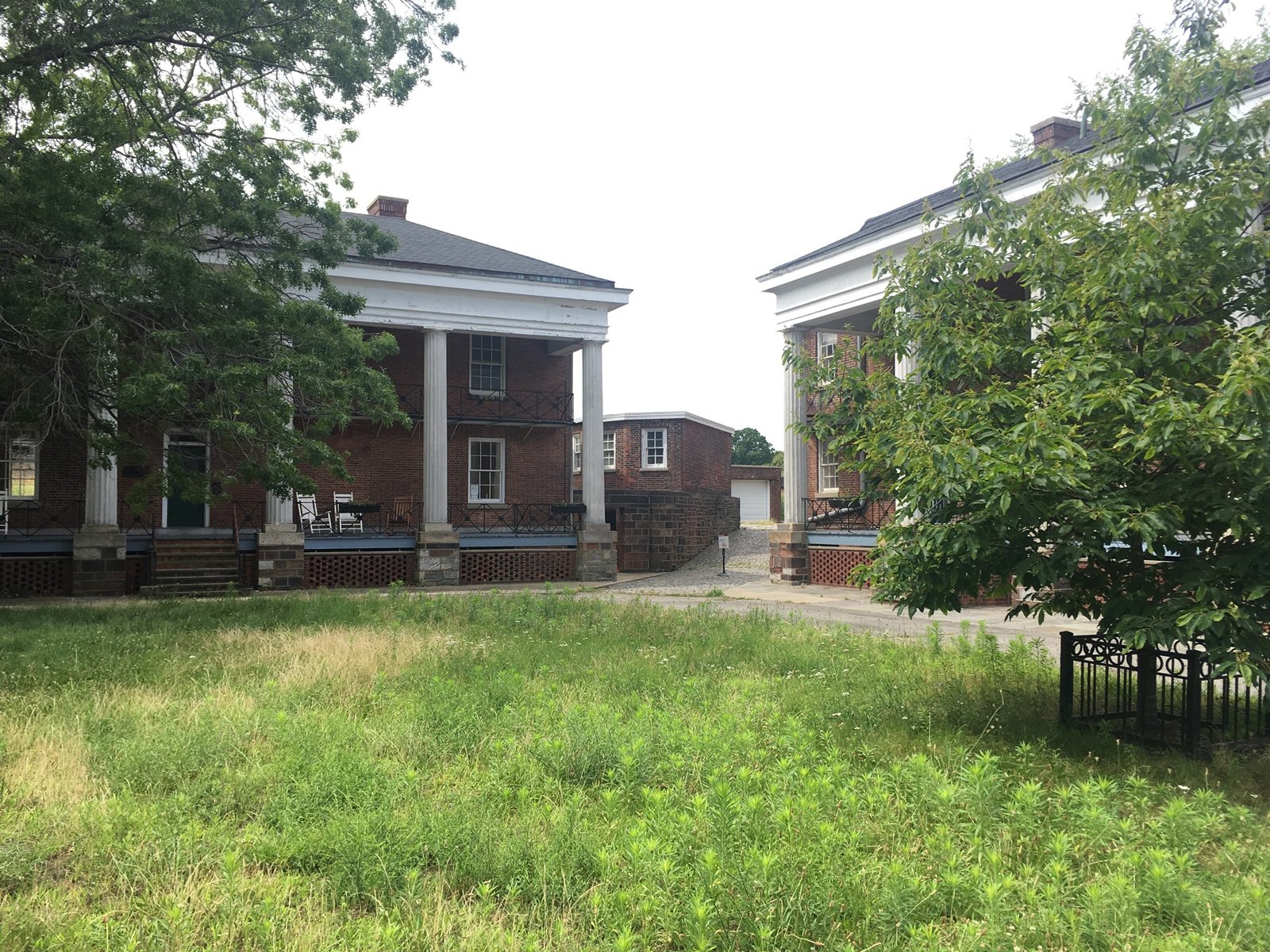 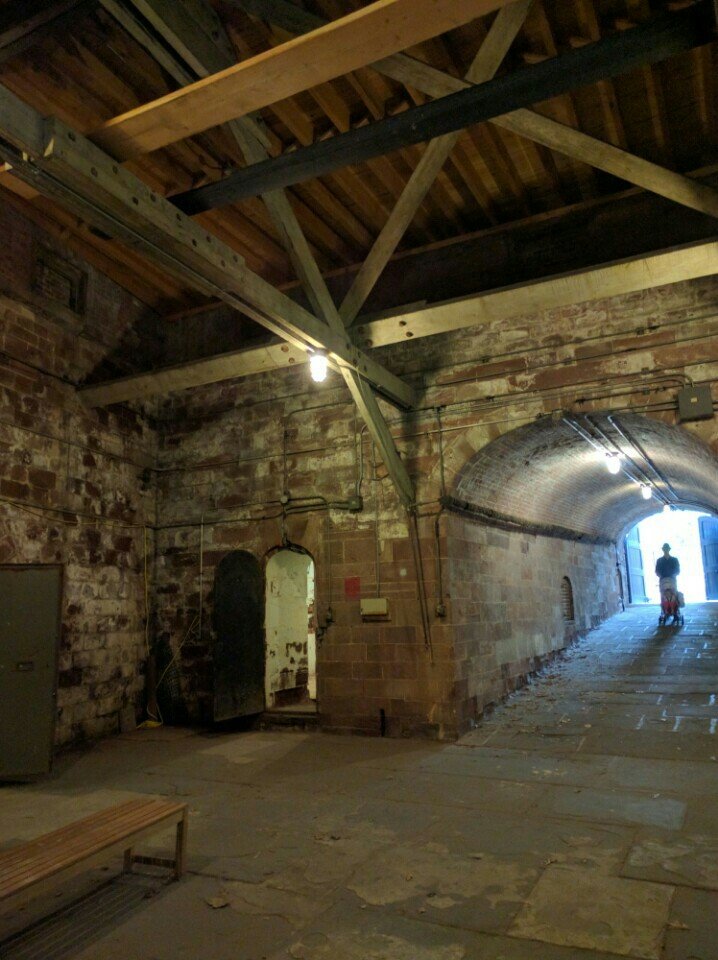 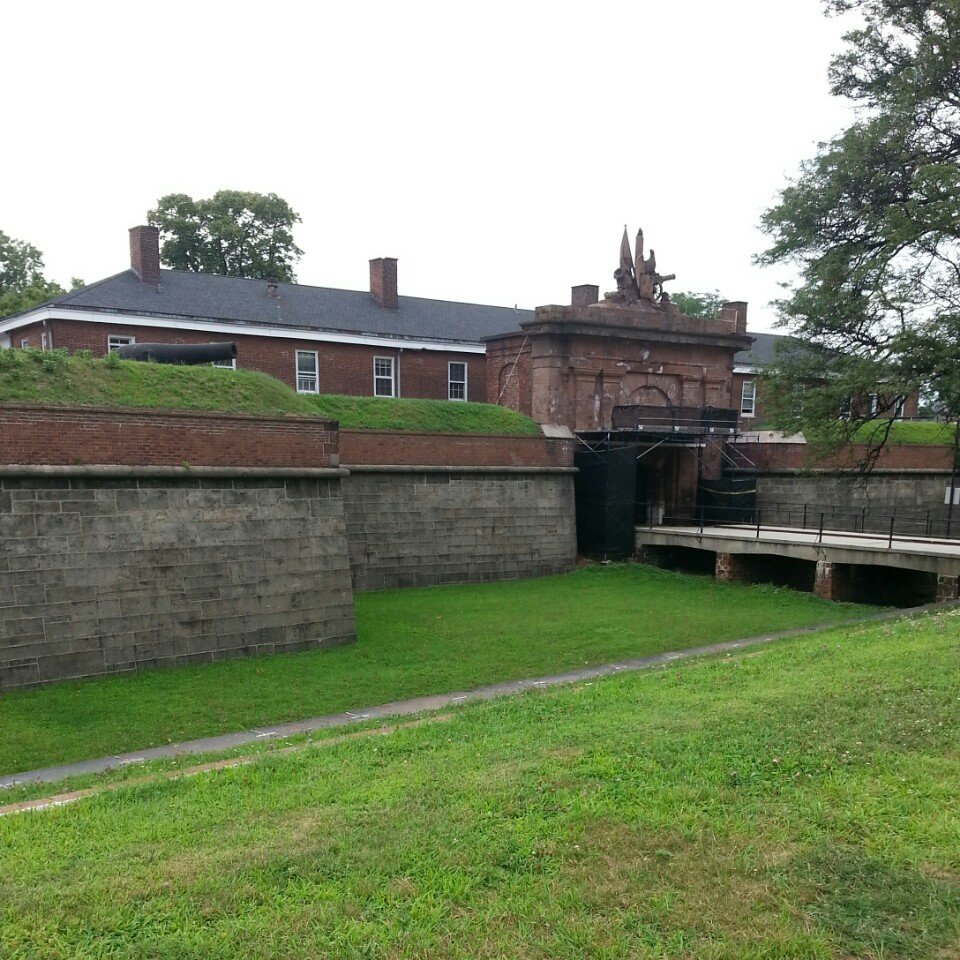