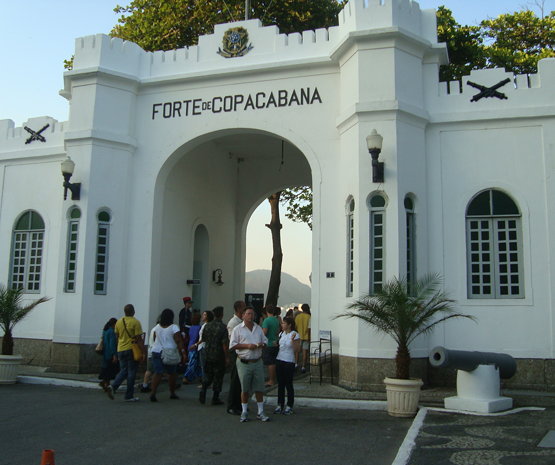 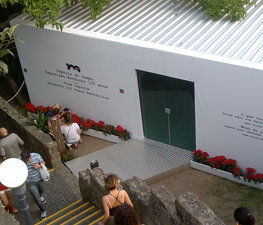 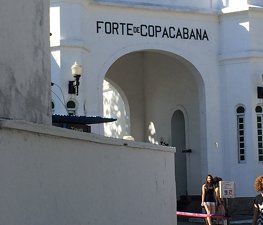 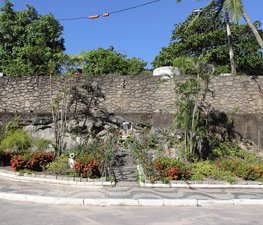 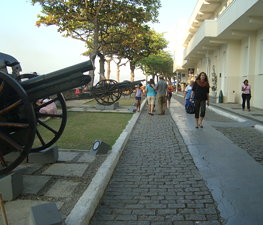 Fort Copacabana (Portuguese: Forte de Copacabana, IPA: ]) is a military base at the south end of the beach that defines the district of Copacabana, Rio de Janeiro. The base is open to the public and contains the Museu Histórico do Exército (Army Historical Museum) and a coastal defense fort that is the actual Fort Copacabana.

The fort is built on a headland that originally contained a small chapel holding a replica of the Virgen de Copacabana, the patron saint of Bolivia. In 1908 the Brazilian army started to build a modern coastal defense fort on the headland to protect both the beach of Copacabana and the entrance to the harbour of Rio de Janeiro. The fort, completed in 1914, consists of two armoured cupolas, one holding a pair of 305 mm (12 in) Krupp cannons, and the other a pair of 190 mm (7 1⁄2 in) Krupp cannons.

The fort also has two small retractable casements on the flanks, each of which held a 75 mm (3 in) quick-firing gun with a 180° traverse and a range of 7 km (4.3 mi). Unlike the large Krupp guns, these 75 mm guns are no longer in place. The north casement is named "Antônio João" and the south casement is named "Ricardo Franco".

On 5 July 1922, the fort was the centre point of the 18 of the Copacabana Fort revolt. It was the first revolt of the tenentista movement, in the context of the Brazilian Old Republic. The rebellious officers turned the fort's guns on Rio de Janeiro. To suppress the revolt, the government brought the battleships São Paulo and Minas Geraes. On 6 July São Paulo bombarded the fort, firing five salvos and obtaining at least two hits; the fort surrendered half an hour later. Minas Geraes did not fire.

Brazil disbanded its coastal defense artillery branch in 1987. At that time the military deactivated the fort, at least as far as the its role as a coastal artillery post was concerned. Except for the cupola at the fort on San Paolo Island outside the harbour of Taranto, the cupolas of Copacabana fort, together with other cupolas at nearby Fort Lage (Forte Tamandaré da Laje: 2 × 240 mm, 2 × 150 mm, and 2 × 2 × 75 mm) and Fort Imbui (Forte D. Pedro II do Imbuí: 2 × 280 mm L/40 and 2 × 2 × 75 mm L/25 Krupp guns), are the only remaining heavy fortress cupolas of the Krupp design in the world.

The hours for the Museum are 10 am to 6 pm and the fort are 10 am to 8 pm, Tuesday to Sunday and holidays. Admission for adults is R$6 per adult; there are discounts and free tours for the elderly and children. At the entrance to the base there is a guard in the uniform that was current when the fort was opened in 1914.

The museum has several exhibits focusing on different periods and events in the history of the army in Brazil. The Brazilian Expeditionary Force's participation in the Italian campaign in World War II gets only limited treatment, and Brazil's involvement in World War I receives no treatment.

Outside the museum there are several artillery pieces from the late 19th and early 20th centuries. For instance, one field piece is a 5-barrel quick-firing gun, each barrel being of 37 mm (1 1⁄2 in). Brazil purchased this Hotchkiss revolving cannon in 1876. Another field piece is a British-made Vickers-Armstrong Mark XIX 6-inch (152.4 mm) gun, made in 1918. Brazil purchased this piece in 1940 for use in coastal defense. There are also three 75 mm (3 in) Schneider M1919 mountain guns.

For the 2016 Summer Olympics, the fort hosted the cycling road race (start and finish), marathon swimming and triathlon events.

AFAR Media
Walk around the top of the fort and take in the breathtaking views of the bay. Enjoy Brazilian cuisine and caipirinhas at the on-site restaurant.

Edu HR
Nice view of Copacabana, good place for a breakfast or in the evening! Good food and coffee!!

Eduardo Castro
After a walk around the area eat something at Colombo! The museums are boring but the view amazing!

funky flavor
Is is free to get in and you dont have to be military either. Also there are bars and cafes at the fort.

Arpoador (literally, the harpoon thrower) is a region located on the

Fort Mason, once known as San Francisco Port of Embarkation, US Army, 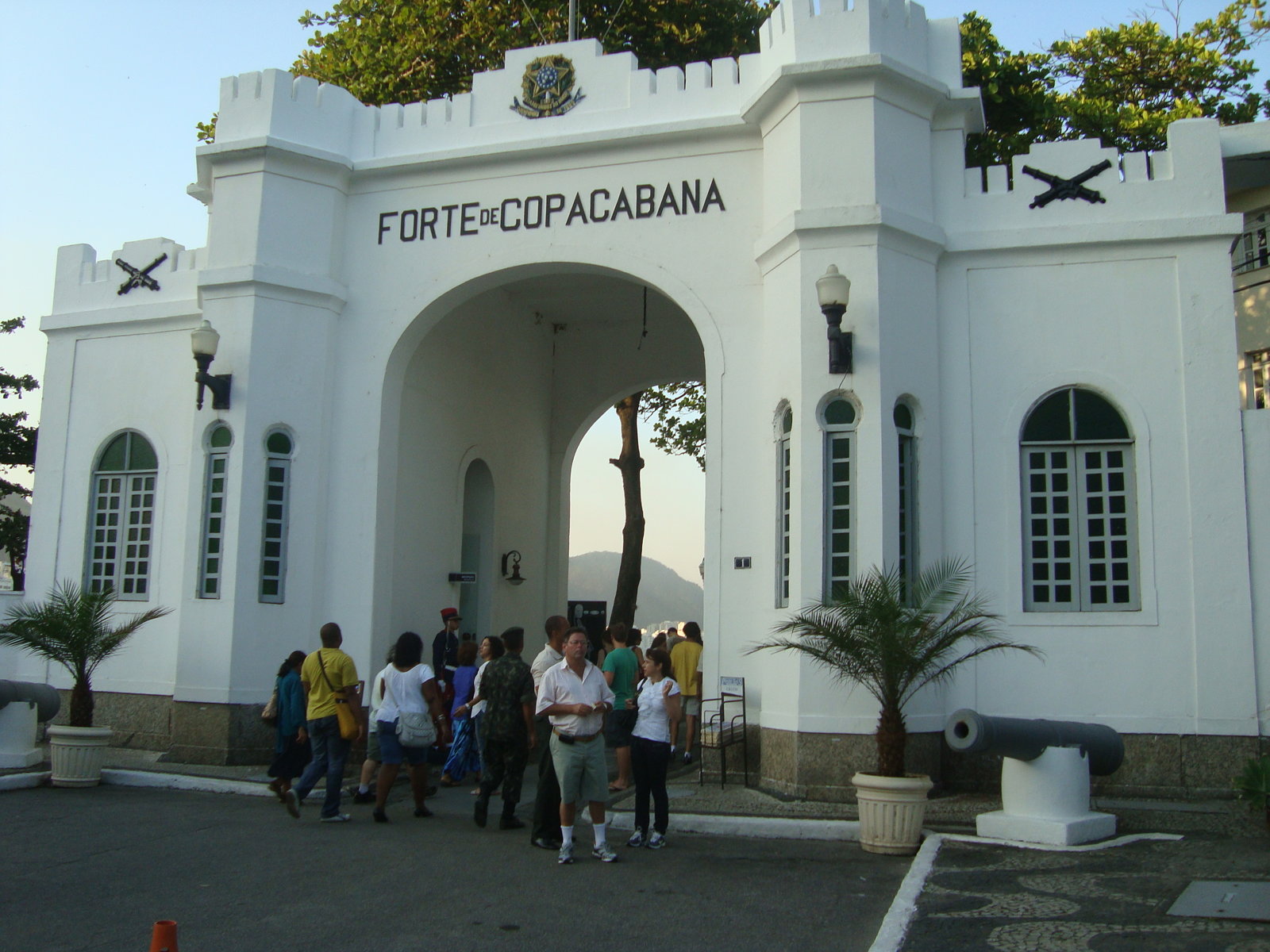 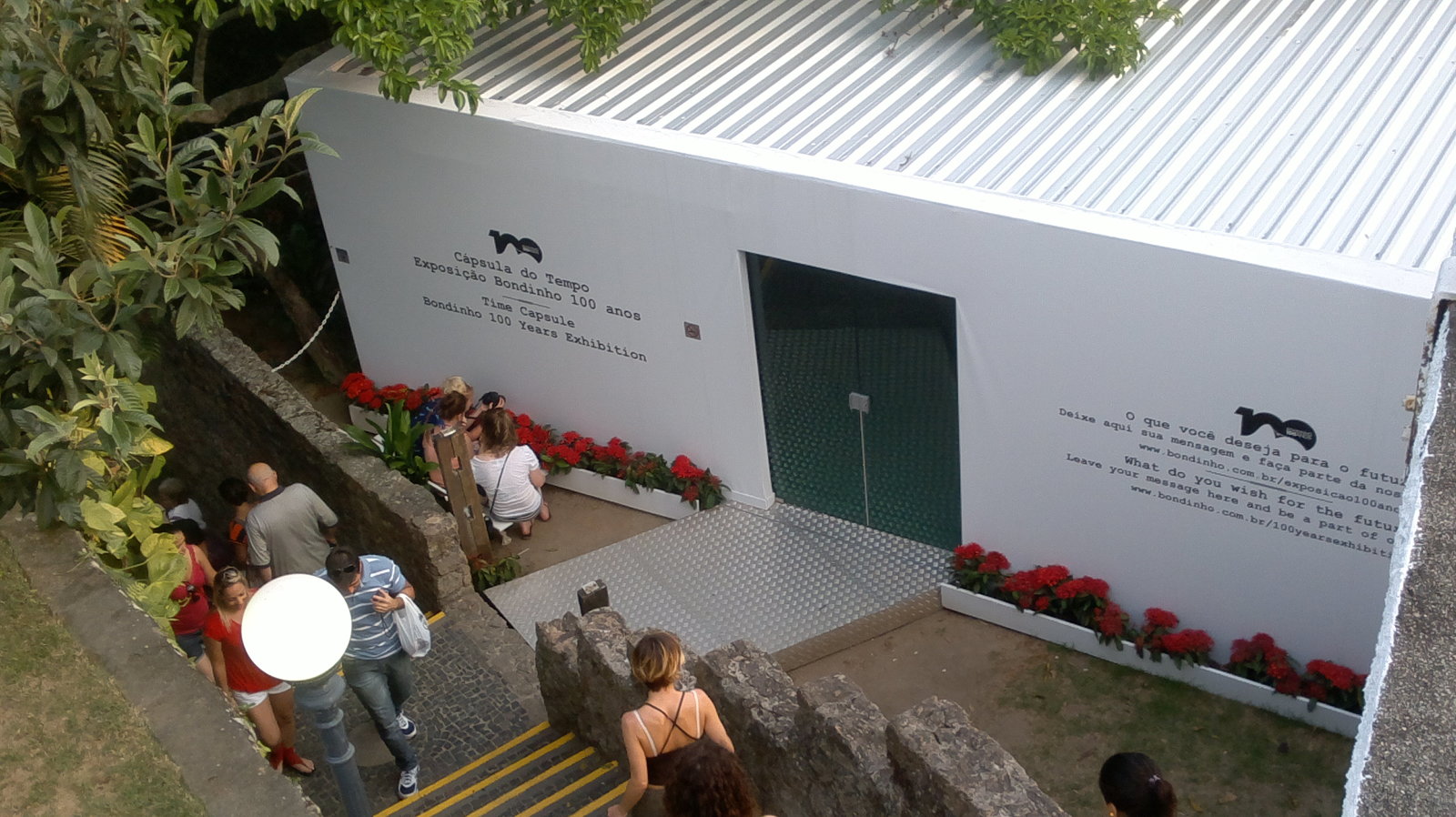 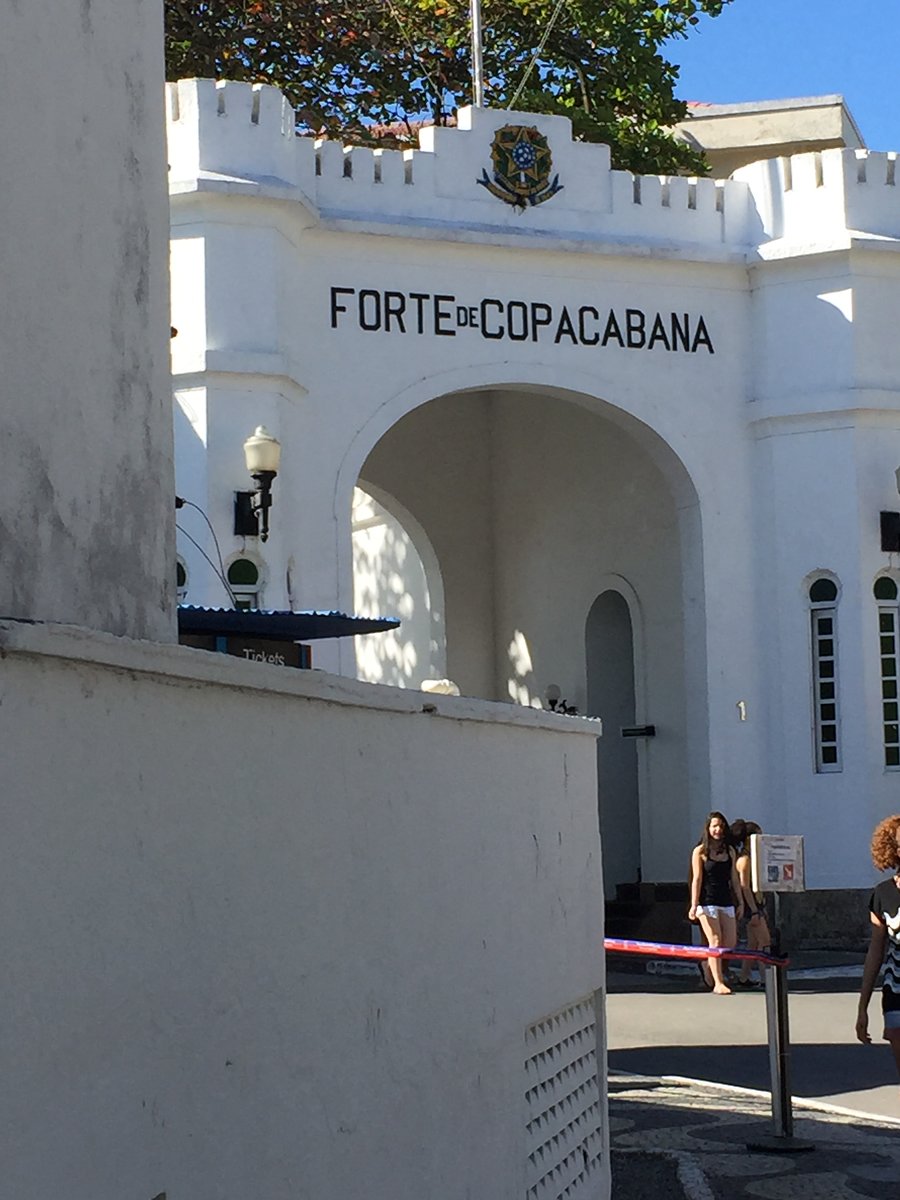 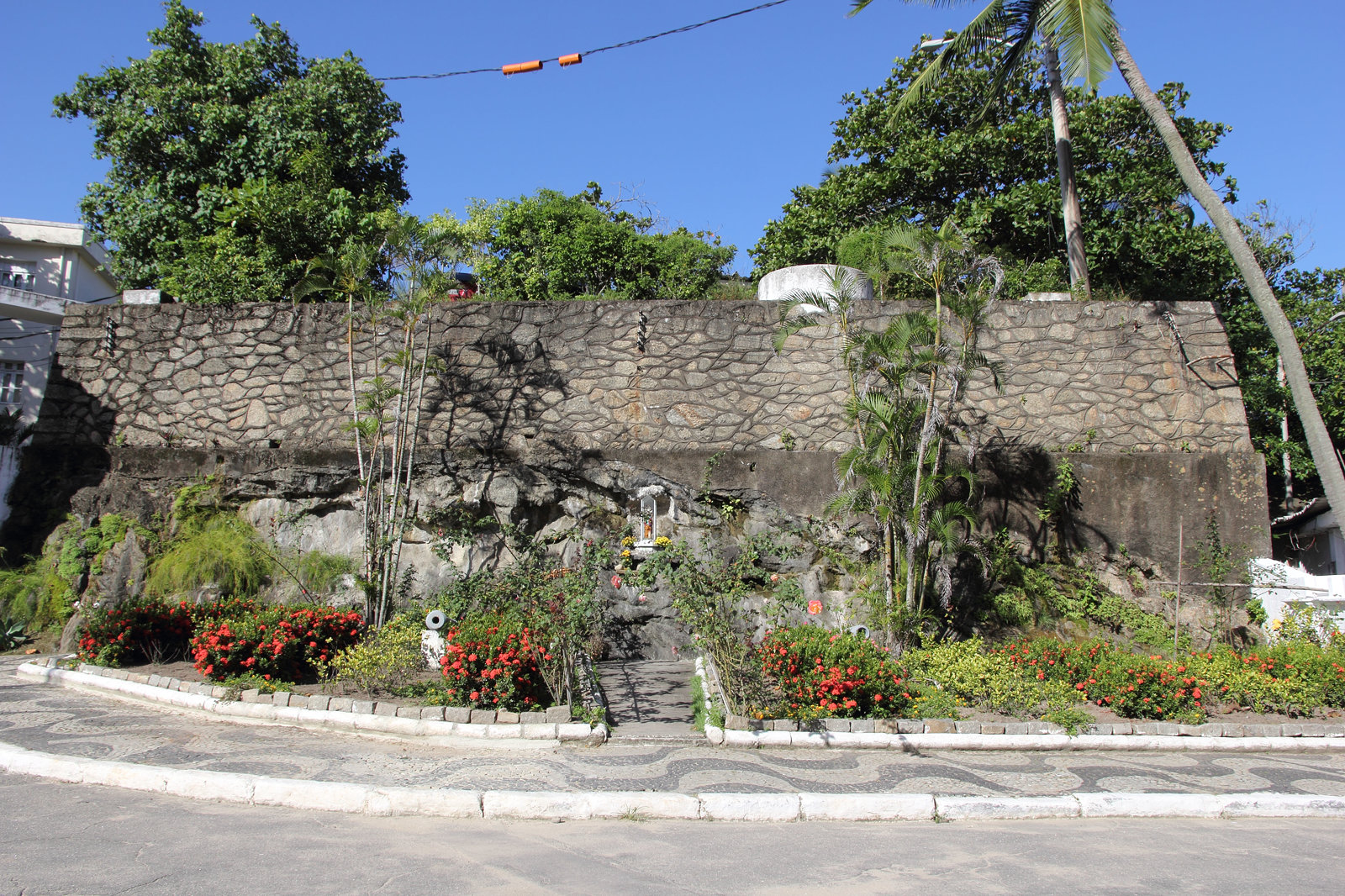 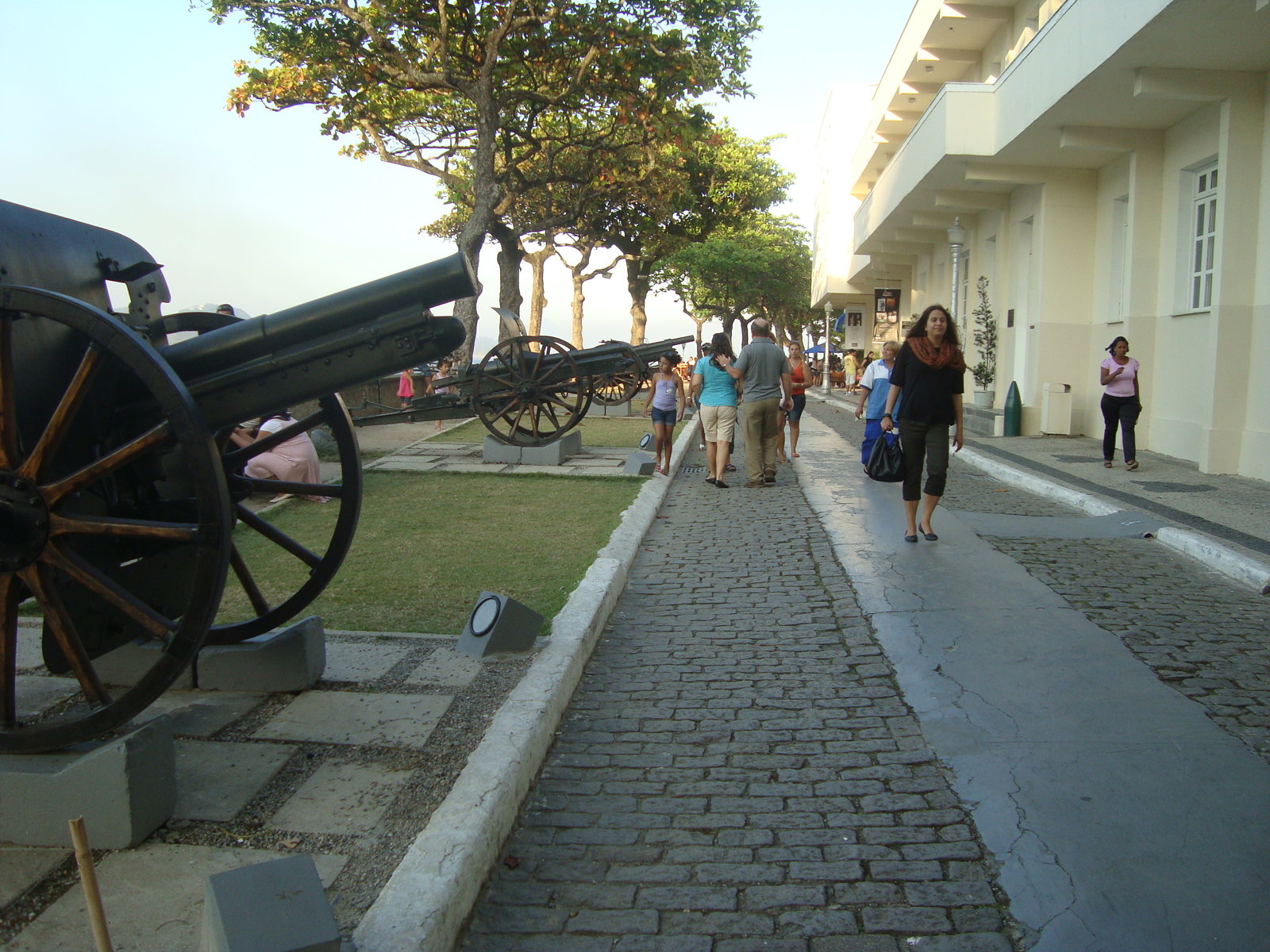