×
What are you looking for?
See all results
Forts in Nerul 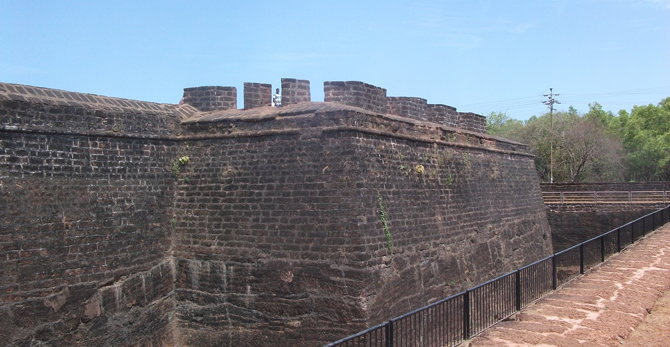 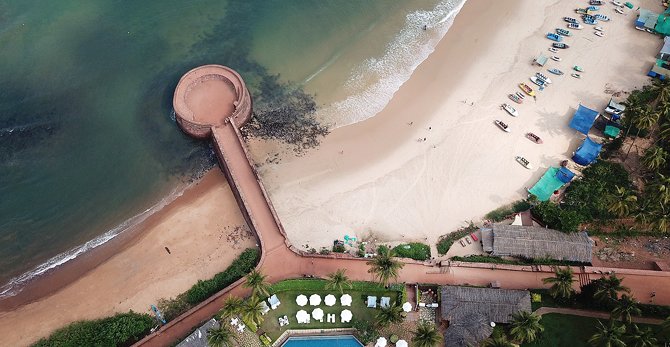 The fort was constructed in 1612 to guard against the Dutch and the Marathas. It was a reference point for the vessels coming from Europe at that time. This old Portuguese fort stands on the beach south of Candolim, at the shore of the Mandovi river. It was initially tasked with defense of shipping and the nearby Bardez District.

A freshwater spring within the fort provided water supply to the ships that used to stop by. This is how the fort got its name: Aguada = Water. Crews of passing ships would often visit to replenish their fresh water stores. On the fort stands a 4-storey Portuguese lighthouse, erected in 1864 and the oldest of its kind in Asia. Built in 1612, it was once the grandstand of 79 cannons, a moat around the fort also protected it.

Fort Aguada was the most prized and crucial fort of Portuguese. The fort is so large that it envelops the entire peninsula at the south western tip of Bardez. Built on the mouth of river Mandovi, it was strategically located and was the chief defence of Portuguese against the Dutch and Marathas.

During the Salazar Administration, Fort Aguada was repurposed for use as a prison primarily, some claim, for Salazar's political opponents.[] Many of its inmates are Western tourists serving time for drug-related crimes.

Today the Fort Aguada Beach Resort sits where original fort once did.

The land around the fort is now owned by The Indian Hotels Co. On the ramparts behind the fort is the Fort Aguada Beach Resort. The 5-star-rated hotel, owned by the Tatas is part of an 88-acre complex overlooking the Arabian Sea is situated on Sinquerim Beach. It is located 18 km from Panaji, Old Goa.

Fort Aguada Beach Resort is composed of a number of villas and cottages, with 130 rooms including 24 Terrace Suites. There are also nine restaurants and nearby beaches. In addition to water sports, there recreational facilities for tennis, squash and mountaineering.

The fort is actually a jail. Many of the freedom fighter of Goa and many other states were imprisoned here.

Sanvedana ™
Aguada Fort is the largest & the best-preserved Portuguese bastion in Goa and was built in 1609-12, to control the entry into the river Mandovi and to protect Old Goa from potential enemy attacks. 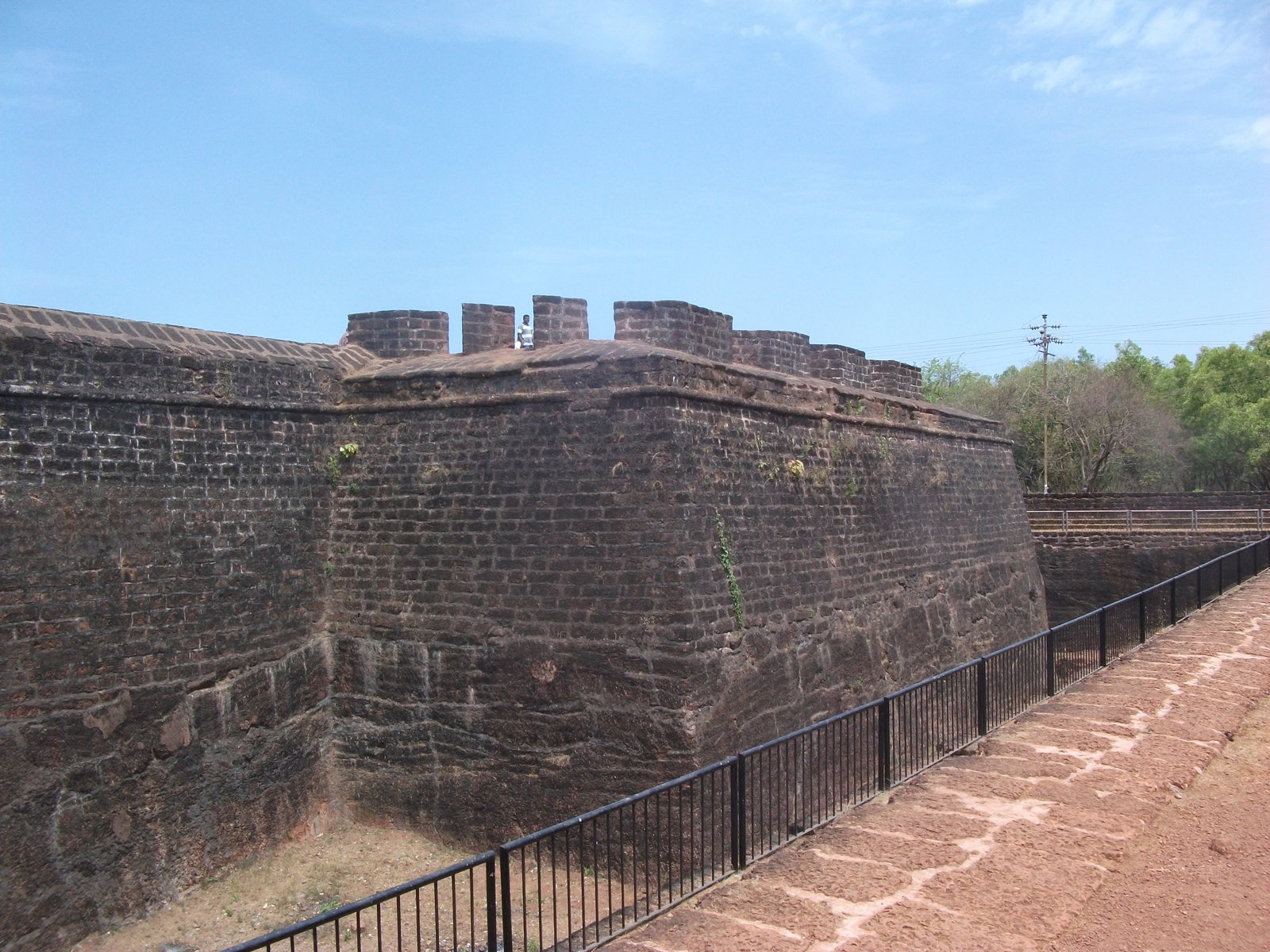 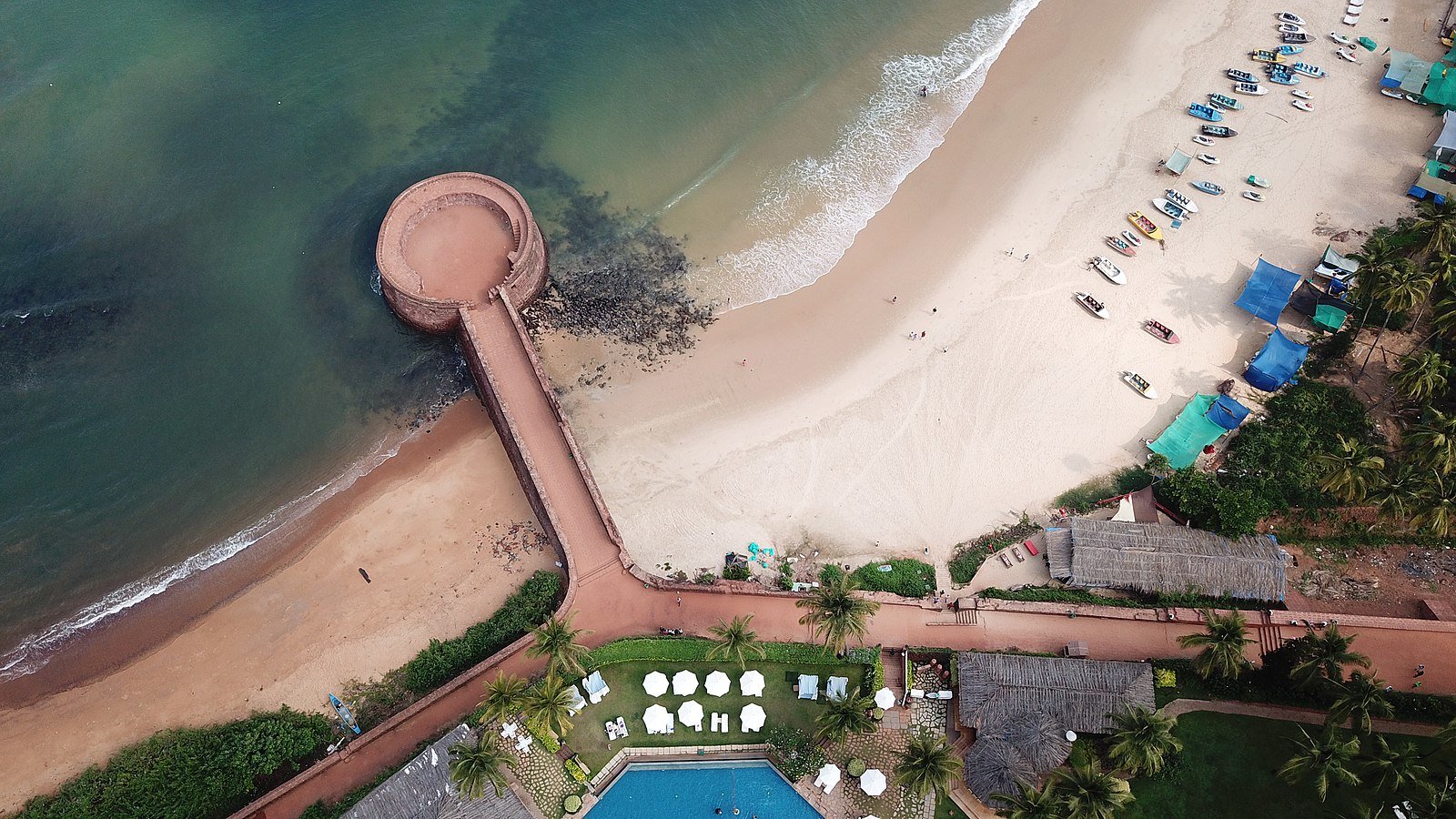 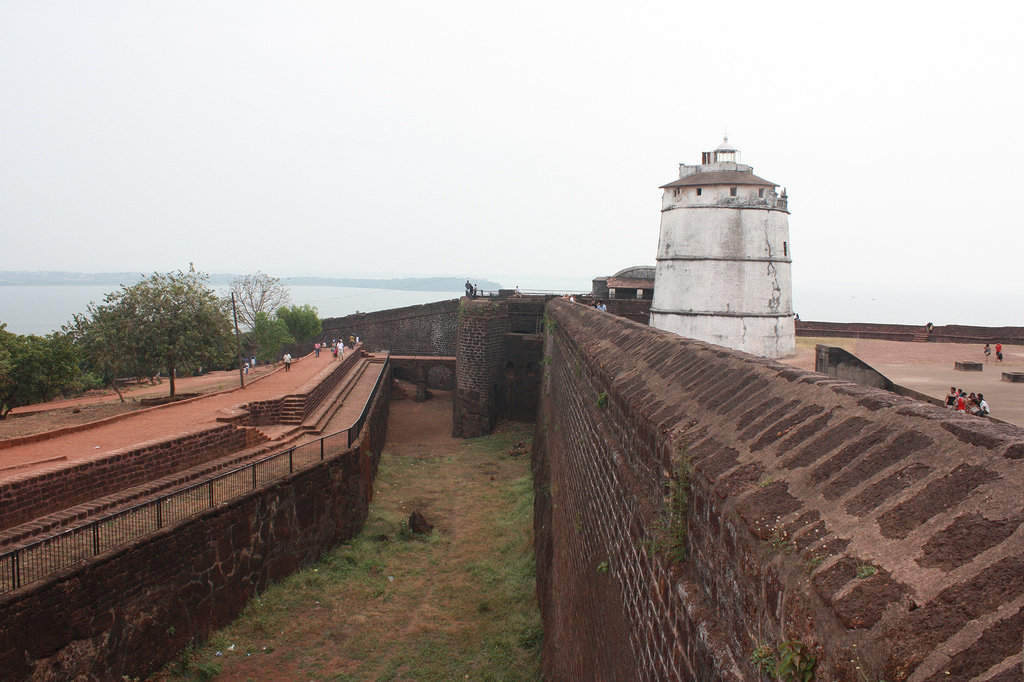 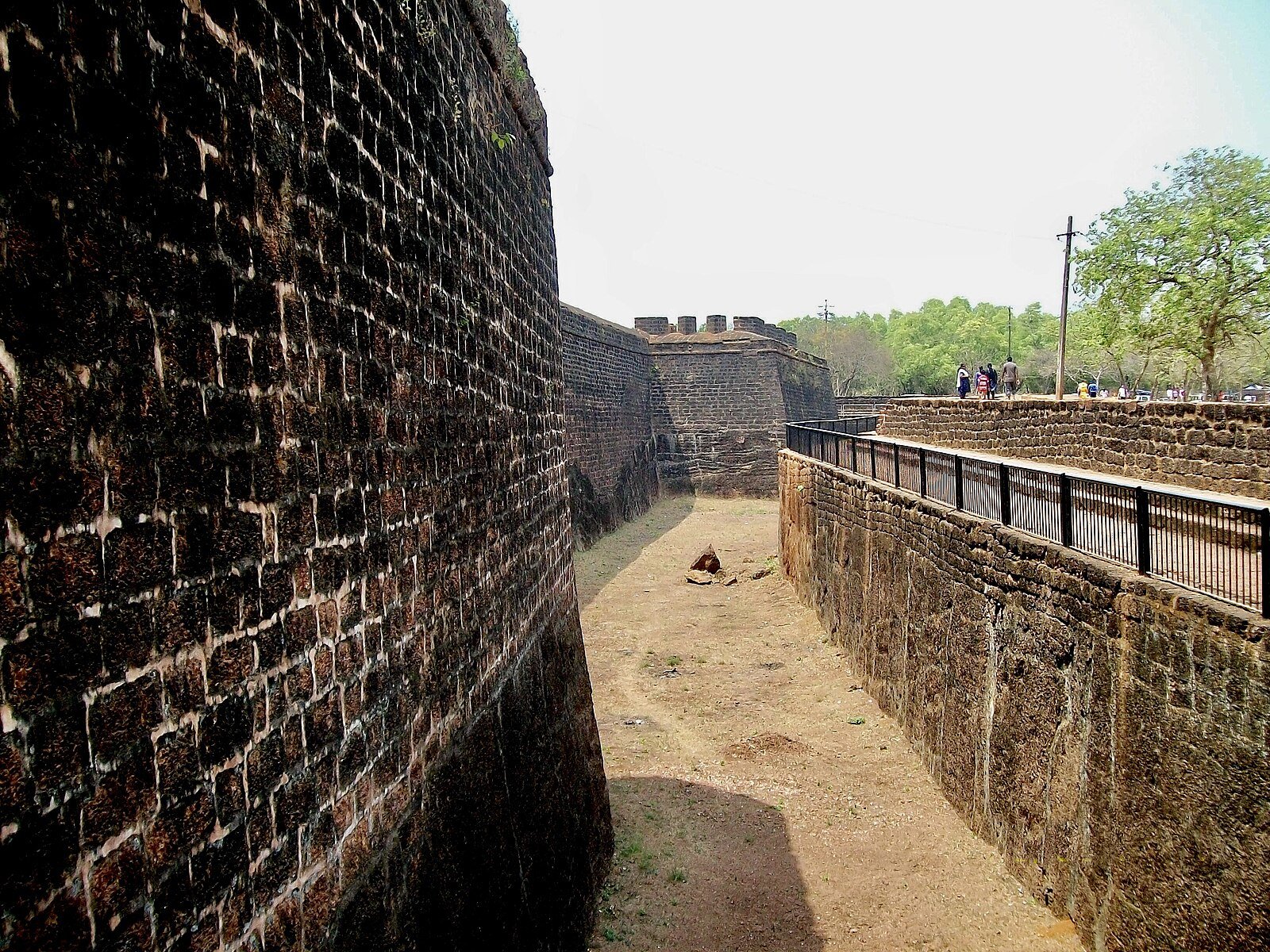 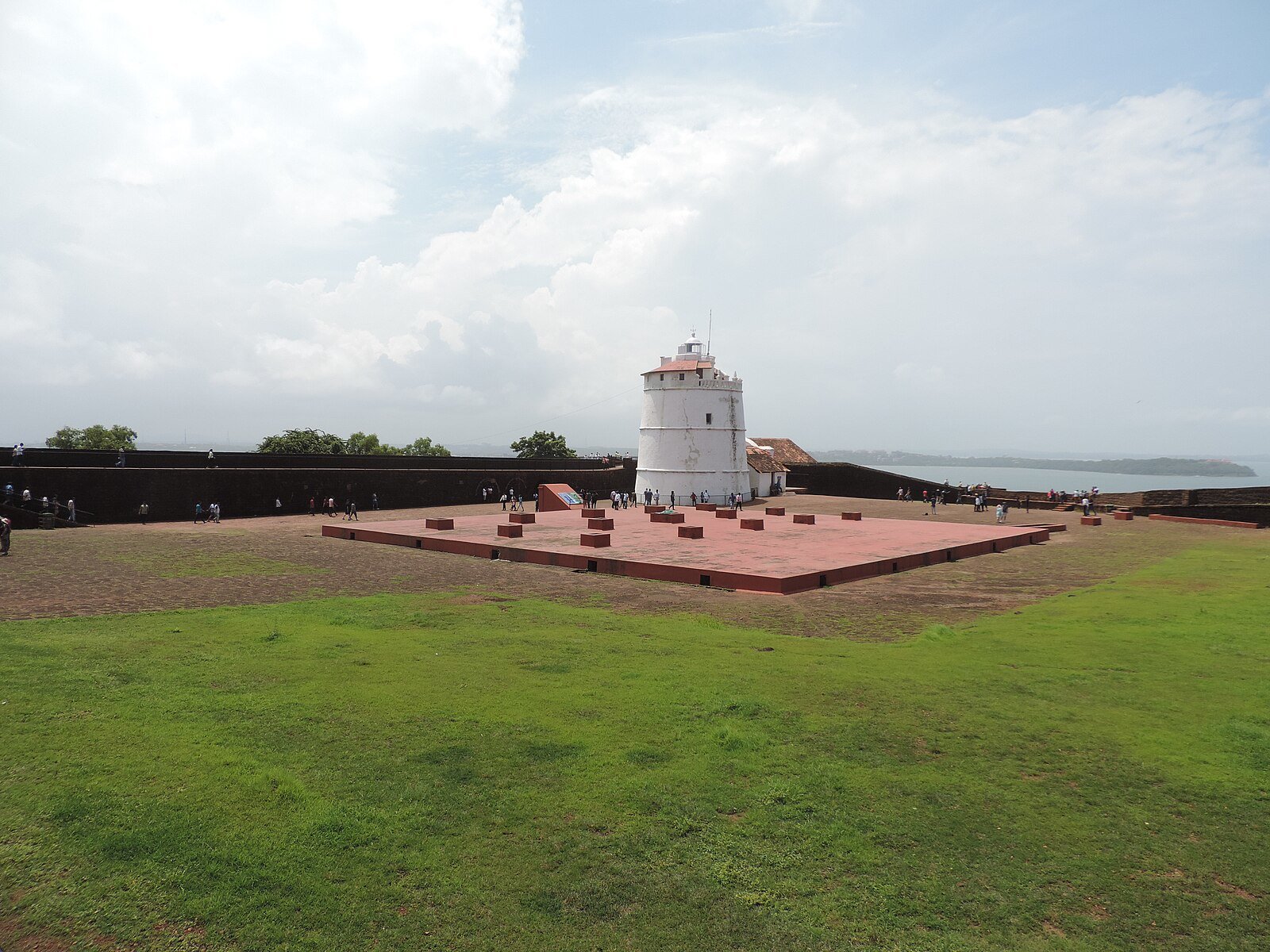 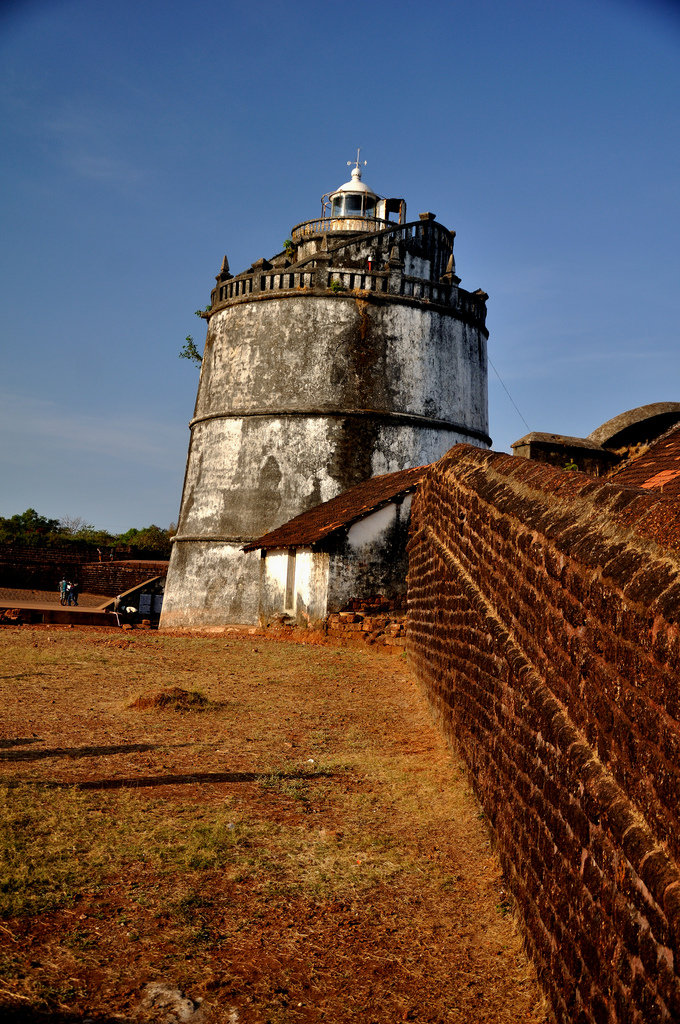 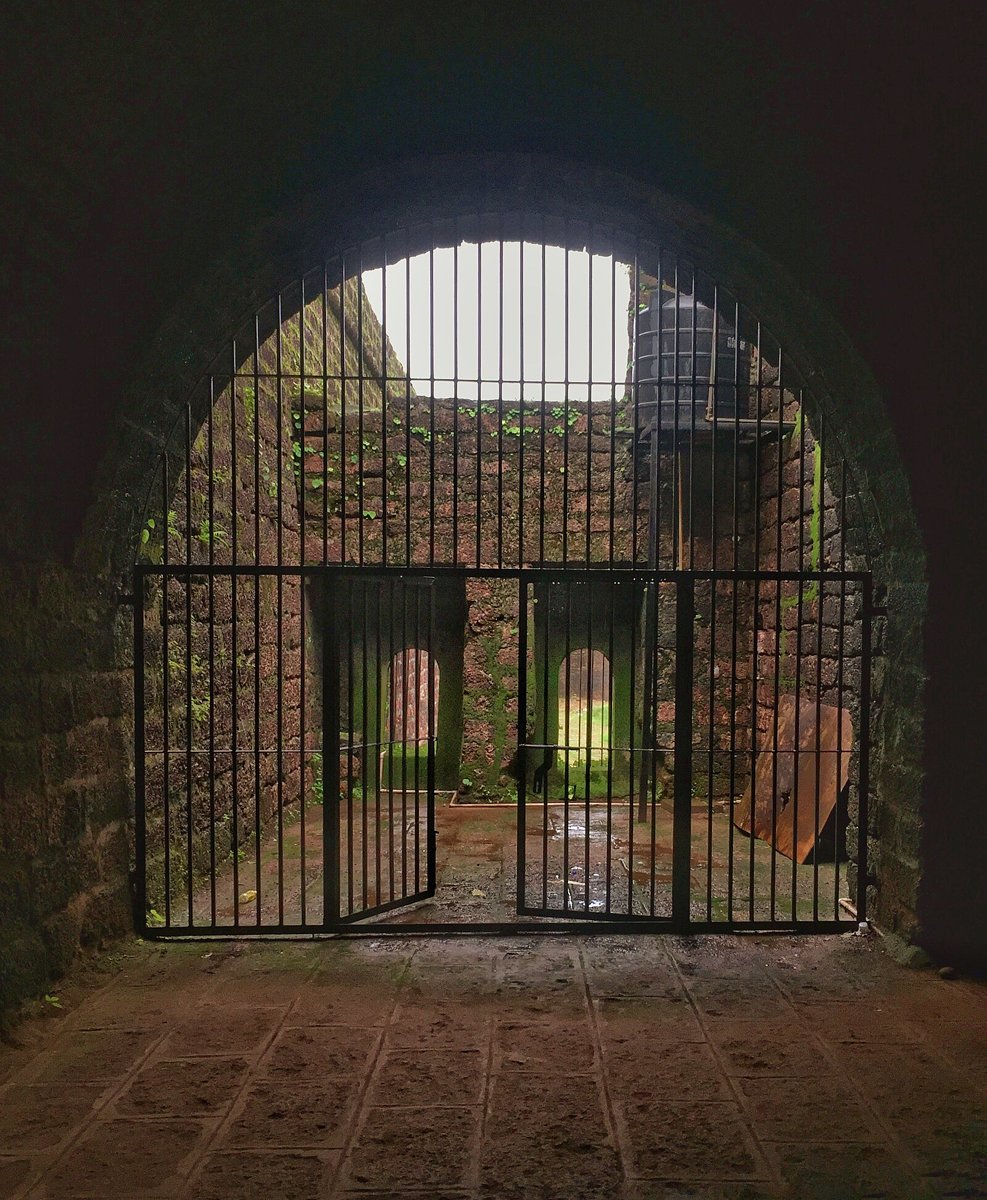 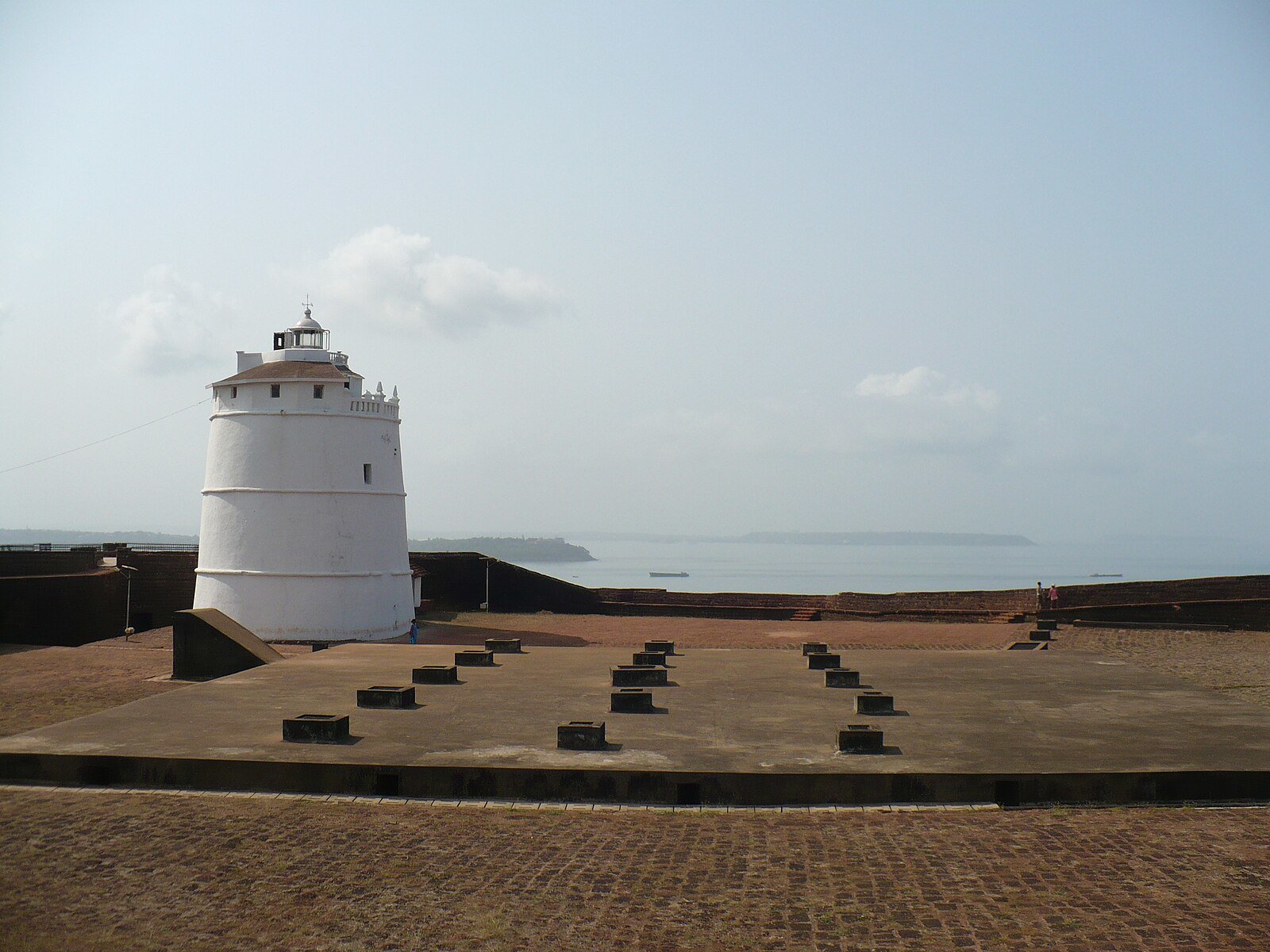 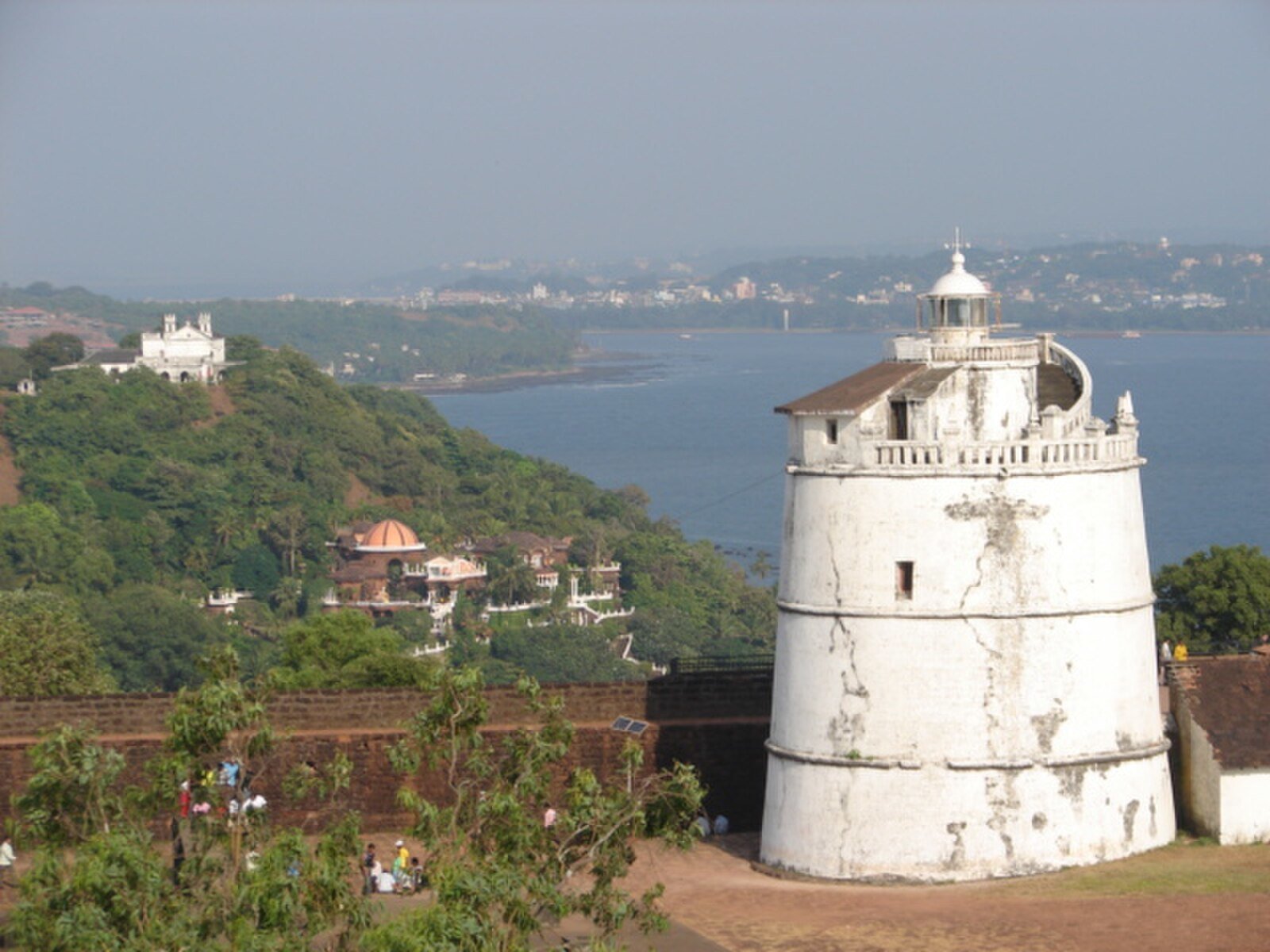 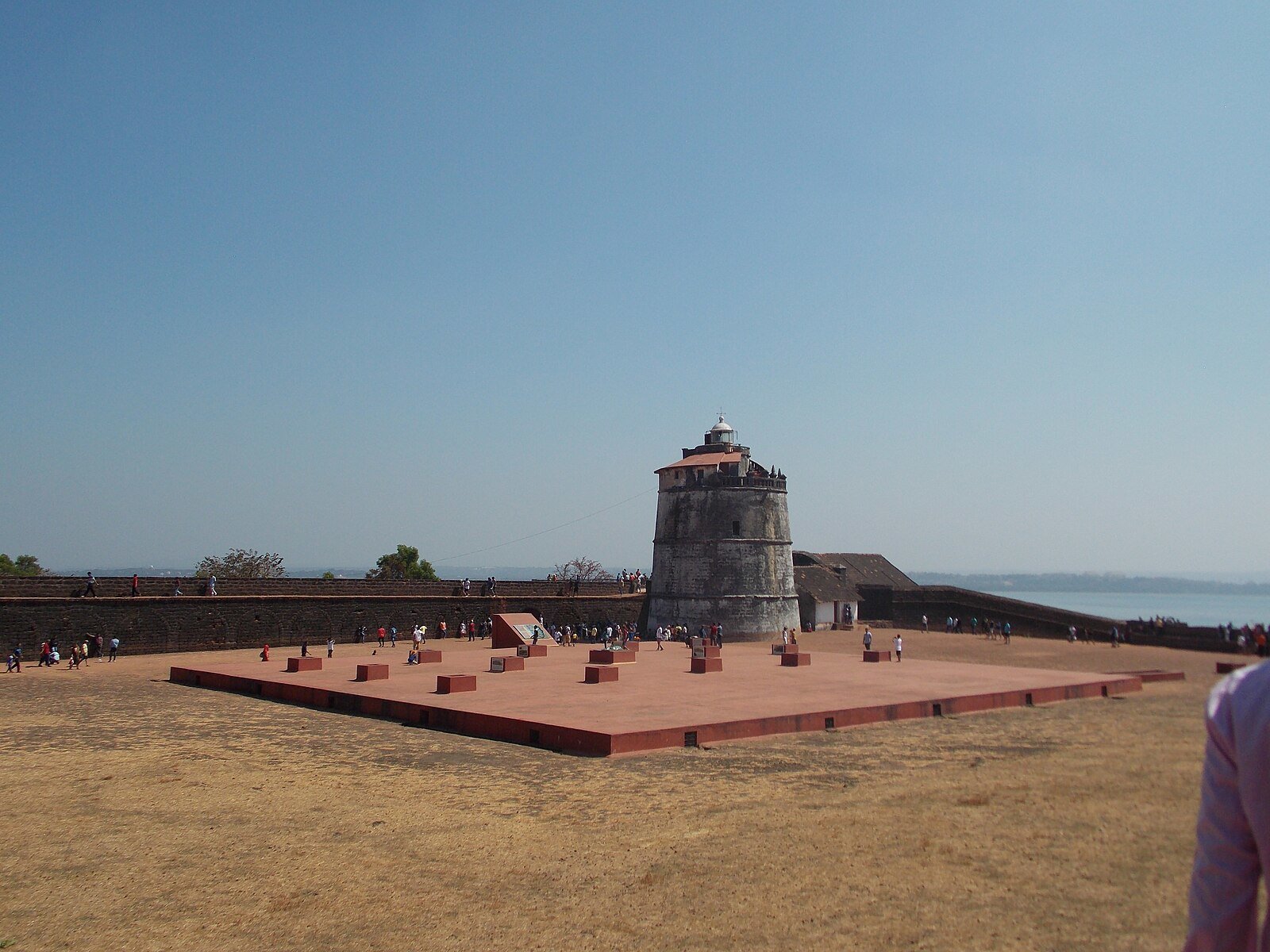 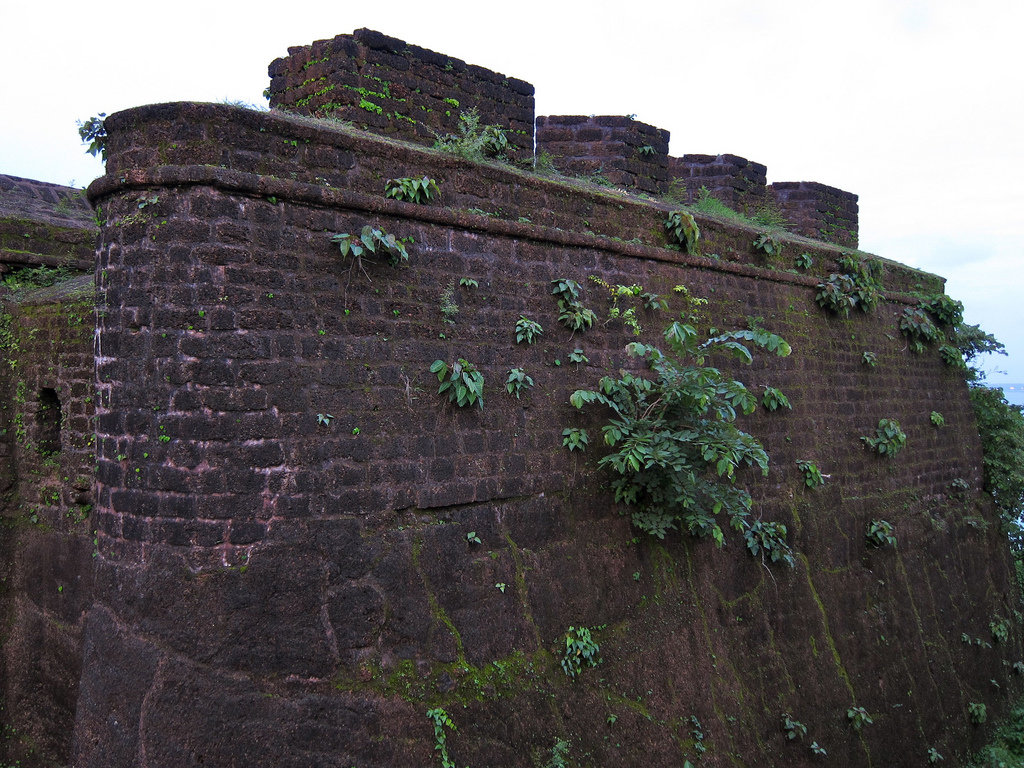 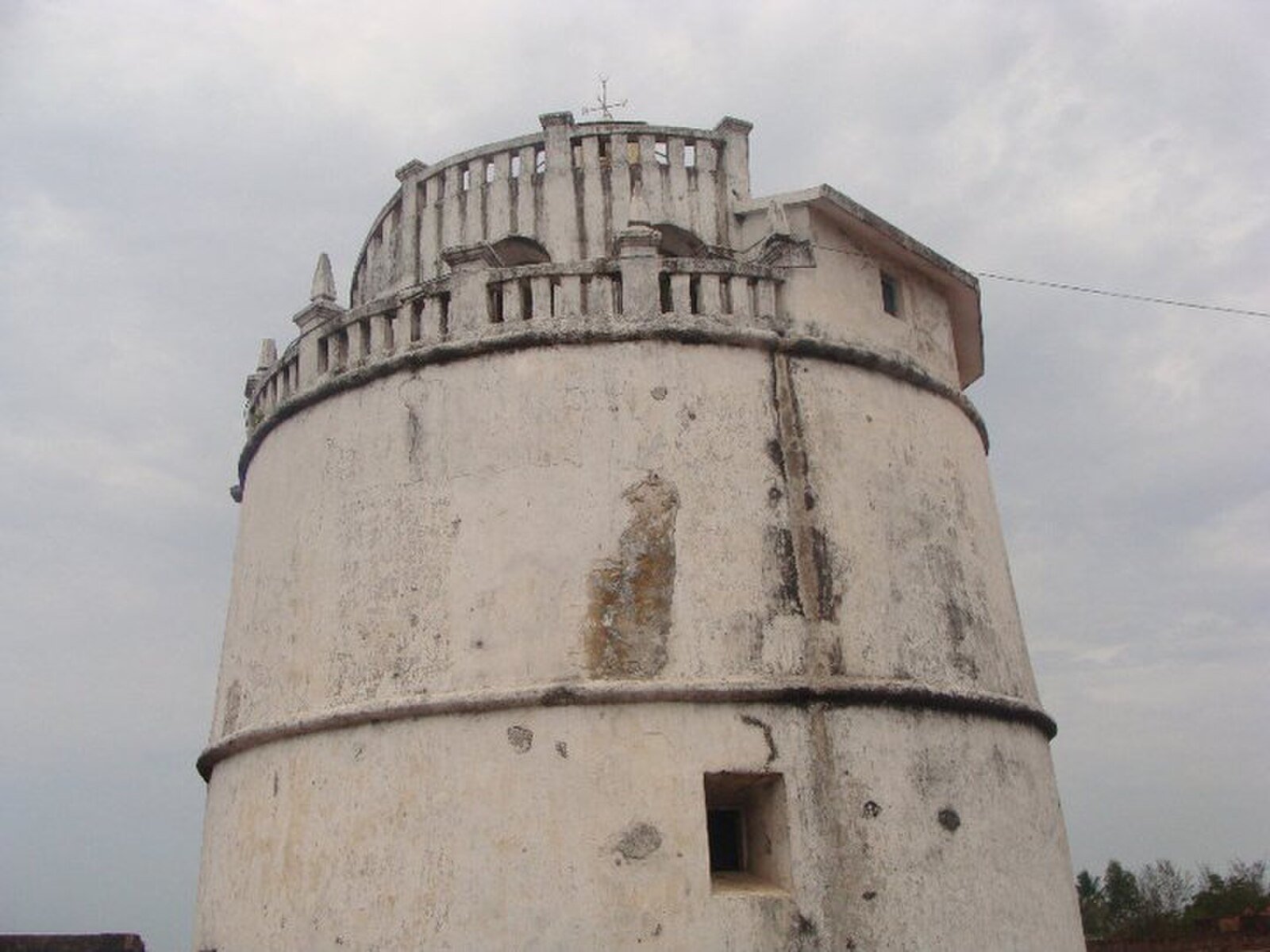 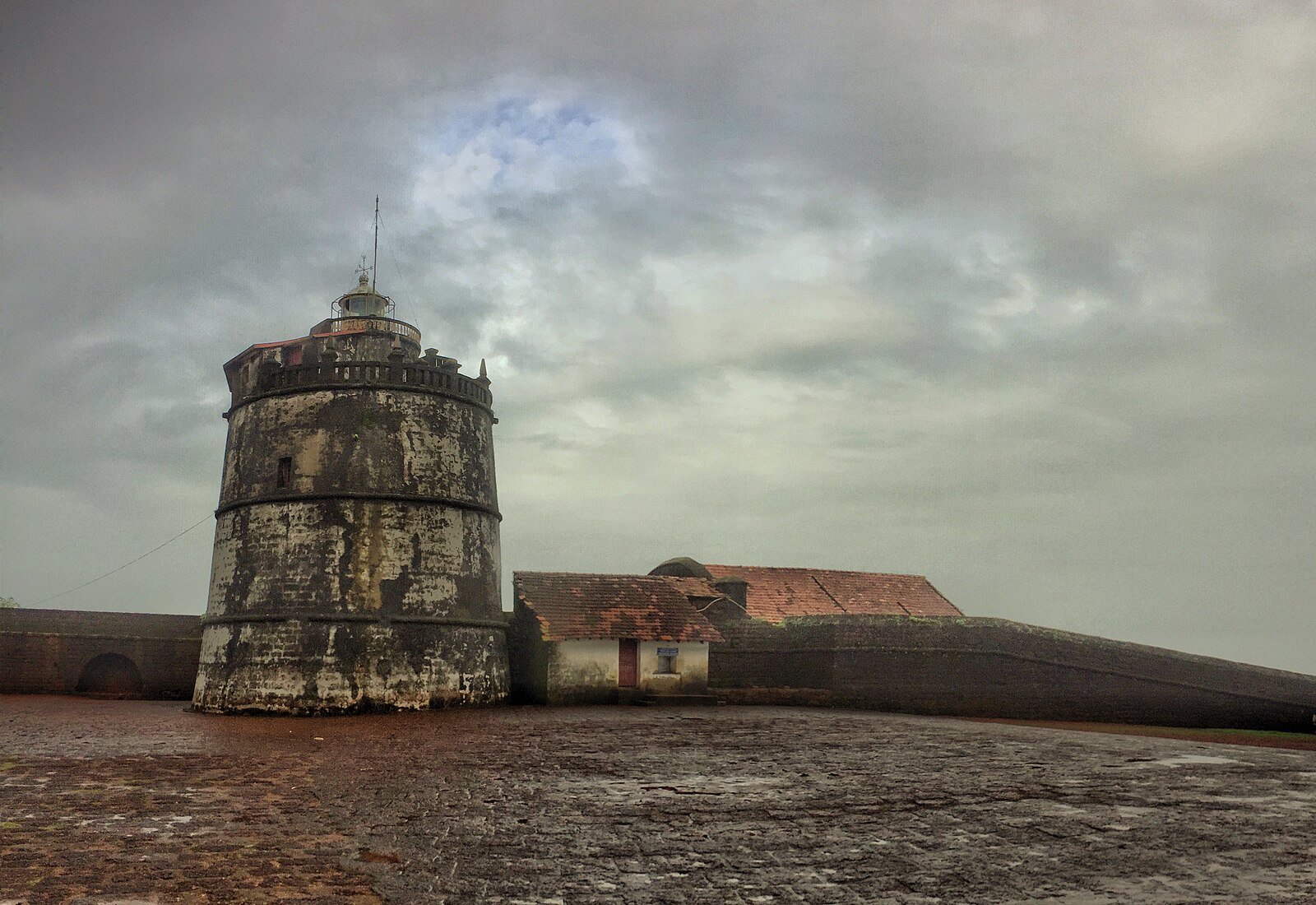