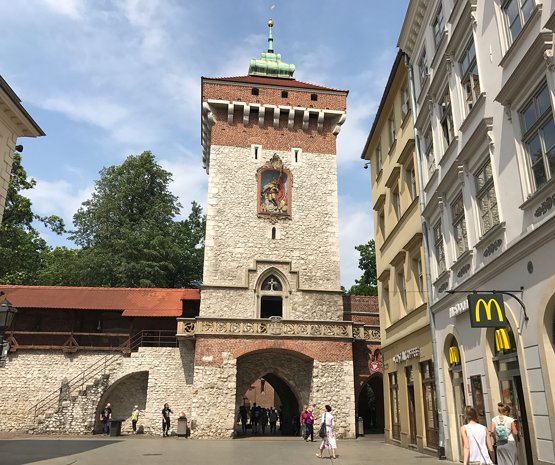 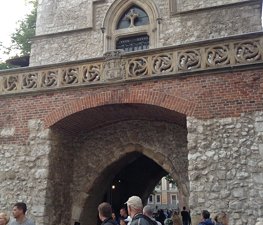 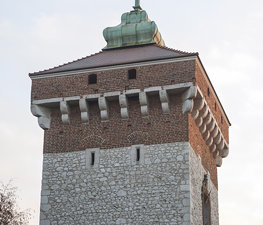 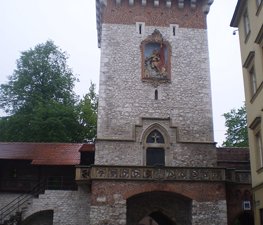 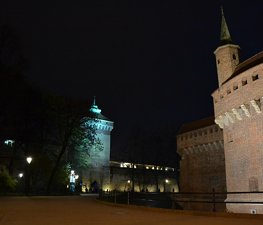 The Florian Gate (St. Florian's Gate) in Kraków, Poland (Polish: Brama Floriańska w Krakowie), named after St. Florian, is one of the best-known Gothic towers in Poland, and a focal point of Kraków's Old Town.

St. Florian's Gate was built about the 1300s as a rectangular Gothic tower of "wild stone"—part of the city fortifications that had been developed by Prince Leszek II the Black, who had issued a permit for erection of defenses in 1285. The Gate was manned by the Krakow Furriers Guild in anticipation of Turkish attack on the city. According to records, by 1473 there were 17 towers defending the city; a century later, there were 33. Also, in 1565–66 a municipal arsenal was built next to the Florian Gate.

The Gate tower is 33.5 meters tall. The Baroque metal "helmet" that crowns the gate, constructed in 1660 and renovated in 1694, adds another meter to the height of the gate. It is the only city gate, of the original eight built in the Middle Ages, that was not dismantled during the 19th-century "modernization" of Kraków. The adjoining city walls and two additional, smaller towers have been preserved and today host street displays of amateur art available for purchase.

The south face of St. Florian's Gate is adorned with an 18th-century bas-relief of St. Florian. The tower's north face bears a stone eagle that was carved in 1882 by Zygmunt Langman, based on a design by painter Jan Matejko. Inside the gate is an altar with a late-Baroque copy of a classicist painting of the Piaskowa Madonna.

At St. Florian's Gate begins Kraków's Royal Road. Through it once entered kings and princes, foreign envoys and distinguished guests, and parades and coronation processions. They traveled up ulica Floriańska (St. Florian's Street) to the Main Market Square, and on up ulica Grodzka (Castle Street) to Wawel Castle.

By the beginning of the 19th century, the expanding city had begun to outgrow the confines of the old city walls. The walls had been falling into disrepair for a hundred years due to lack of maintenance after the Partitions of Poland. The stagnant moat fed by the Rudawa River was a dump for illegal garbage and posed health concerns for the city. Such dire circumstances inspired Emperor Franz I of Austro-Hungary to order the dismantling of the city walls. However, on January 13, 1817, Professor Feliks Radwański of Jagiellonian University managed to convince the Session of the Senate of the Republic of Kraków to legislate the partial preservation of the old fortifications—St. Florian's Gate and the adjoining barbican.

Until the 19th century, Kraków had massive medieval city walls. The inner wall was some 2.4 meters wide and 6–7 meters high. Ten meters outside the inner wall was an outer, lower one. The walls were punctuated by defensive towers 10 meters high. In the 19th century — just before they were demolished by the Austrian authorities — there were 47 towers still standing. Now there are only three Gothic towers left in all Kraków: the Carpenters', Haberdashers' and Joiners' Towers, connected to St. Florian's Gate by walls several dozen meters long.

Dominika J
This should be on your to do list for Cracow, just enjoy it

Tevfik Denizhan Müftüoğlu
This is the entrance door for the Polish royals, they were entering the city from here and were going through Wawel Castle via Ul. Floriańska, Rynek Głowny, Ul. Grodzka.

The Kraków barbican (Polish: barbakan krakowski) is a barbican—a fo

The Gallery of 19th-Century Polish Art at Sukiennice (polski. Galeria 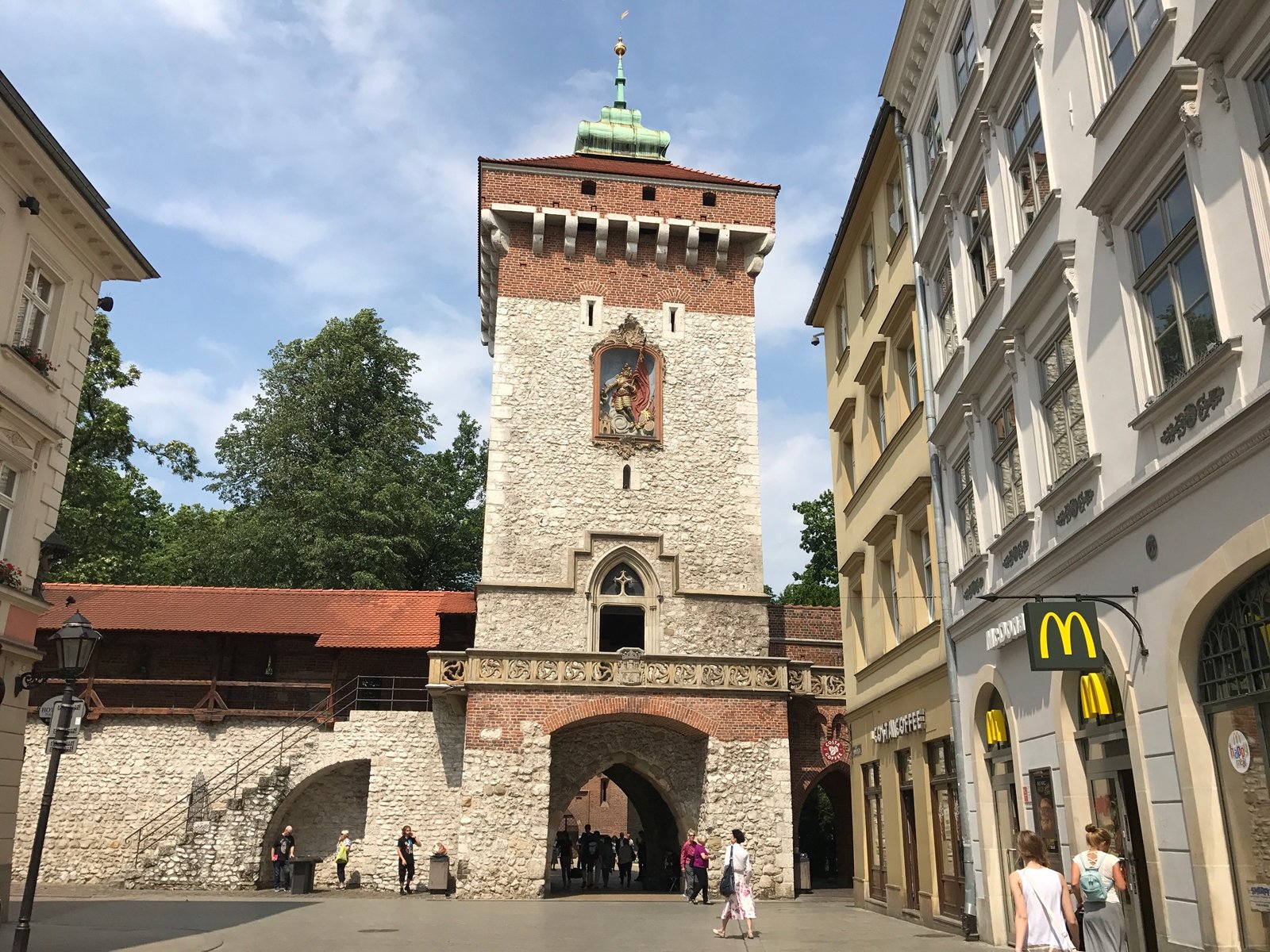 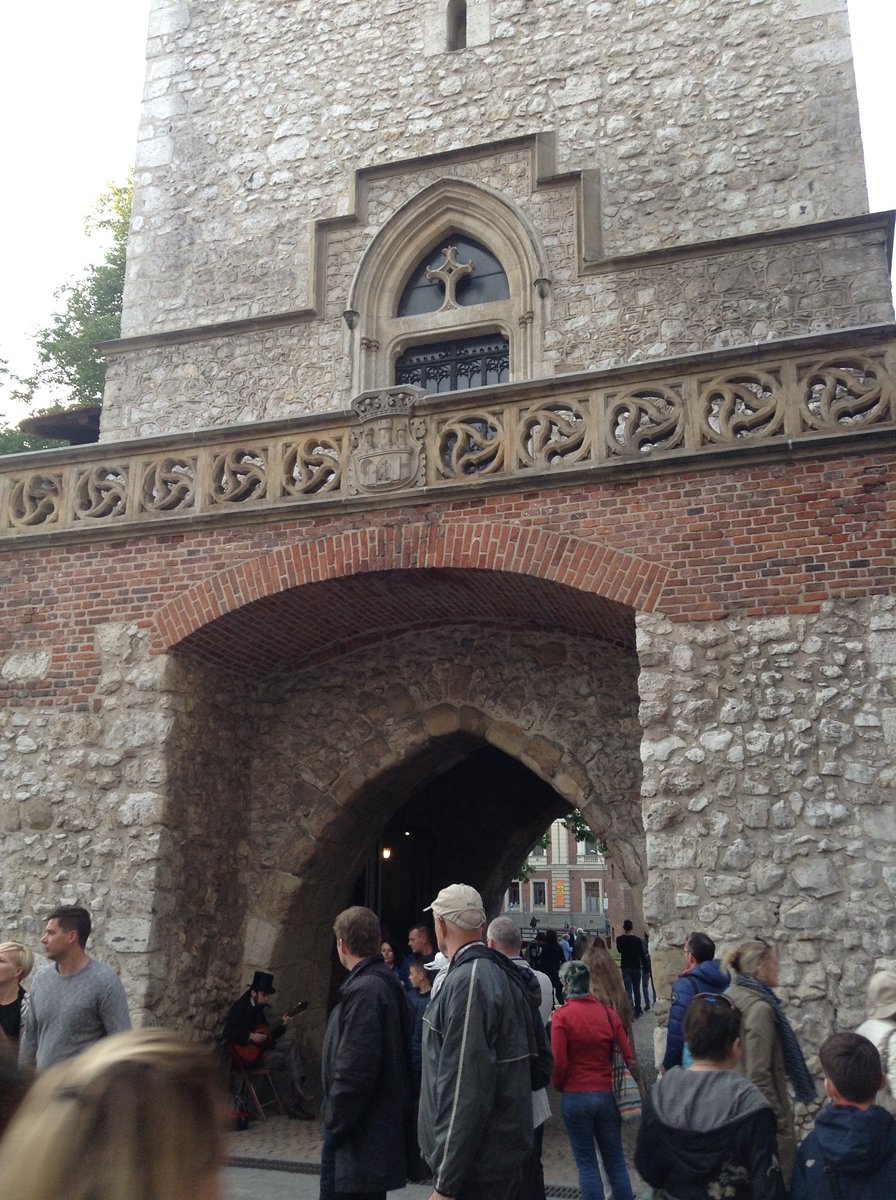 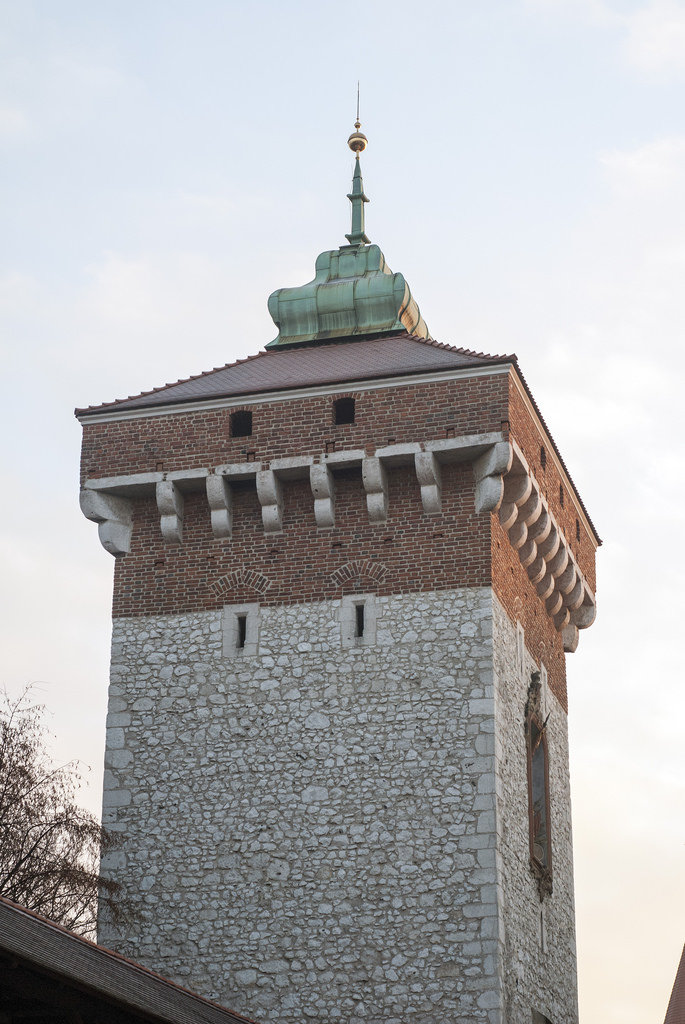 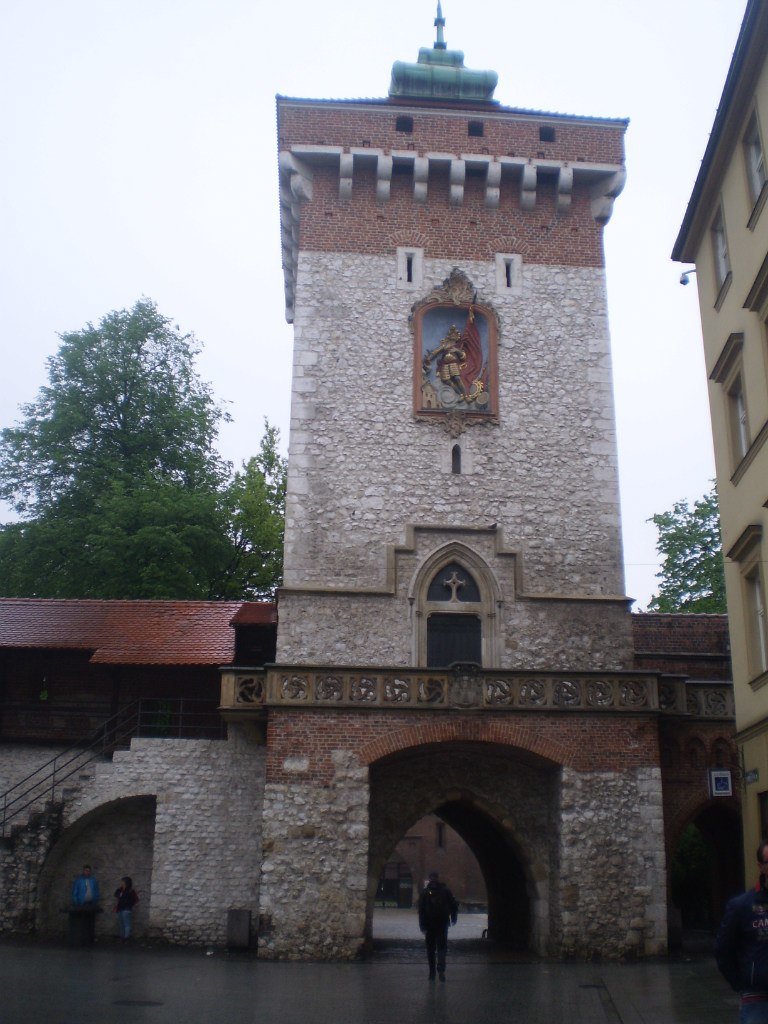 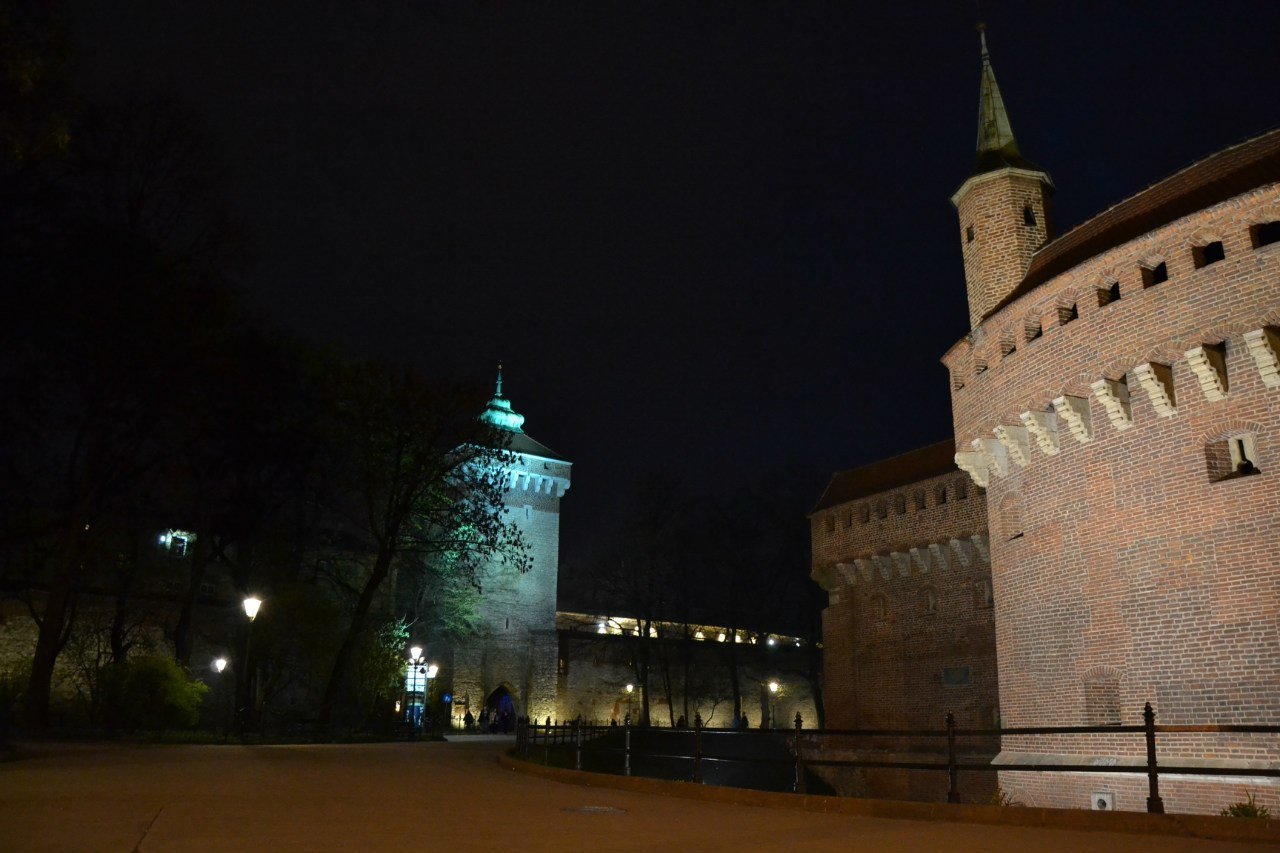 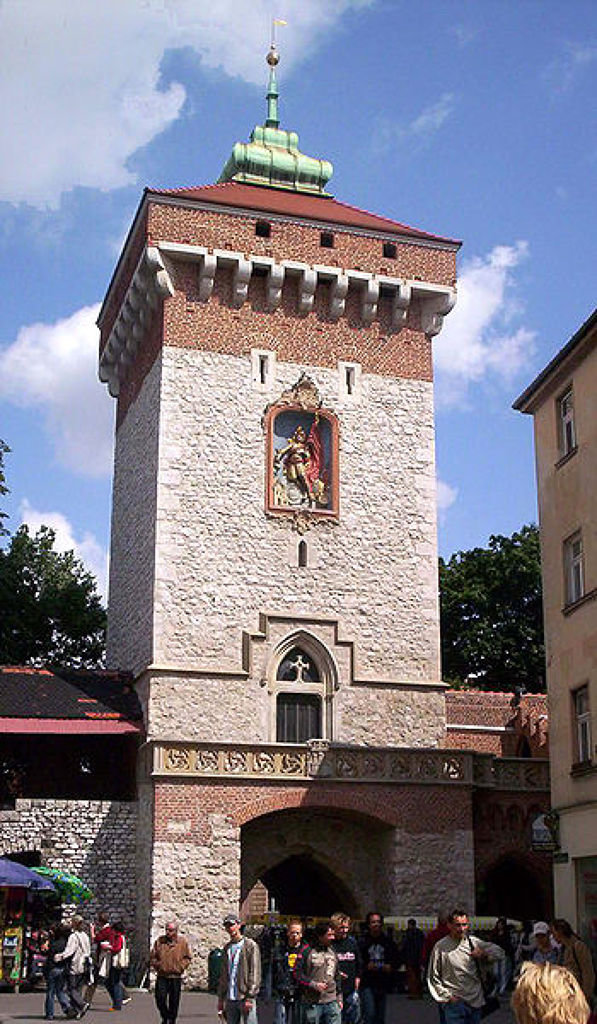 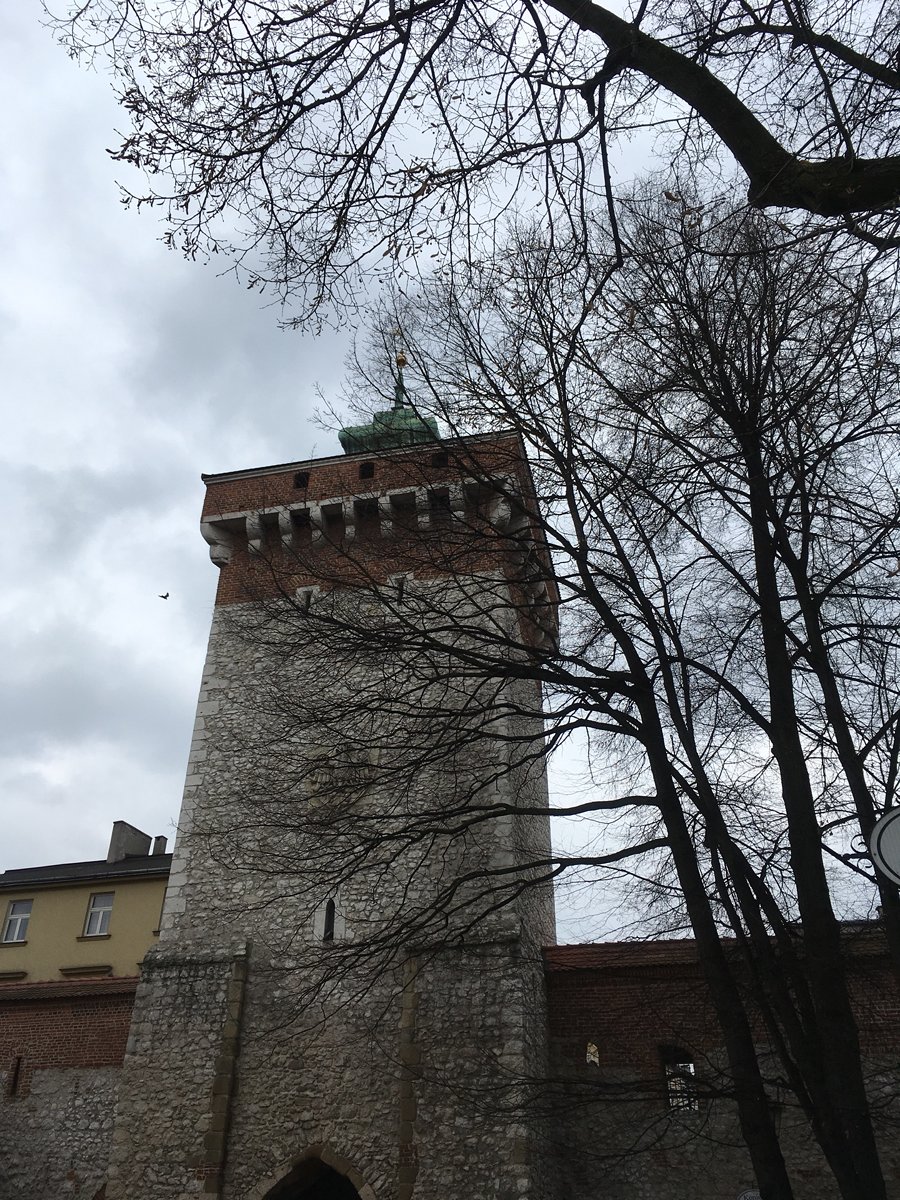 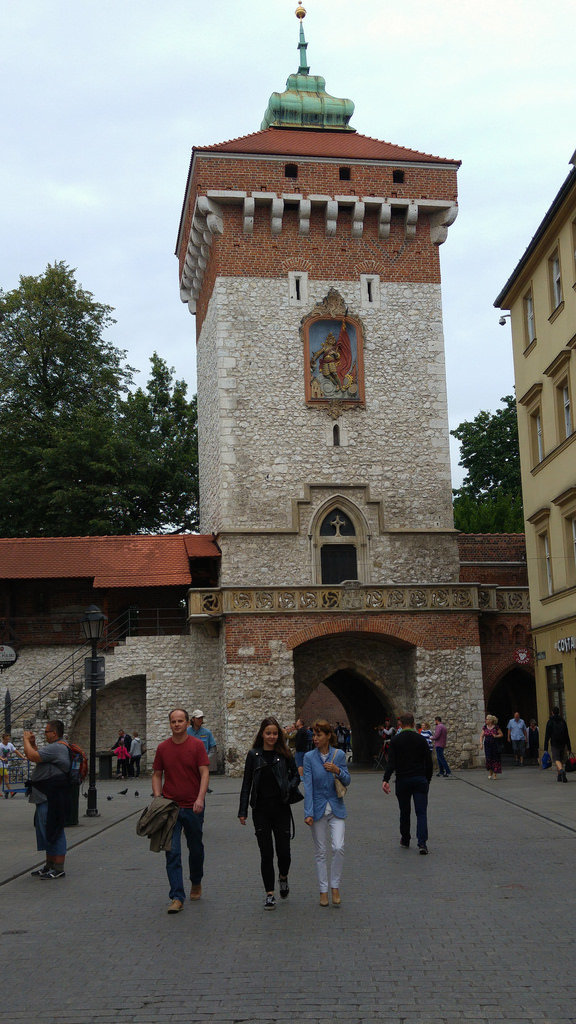 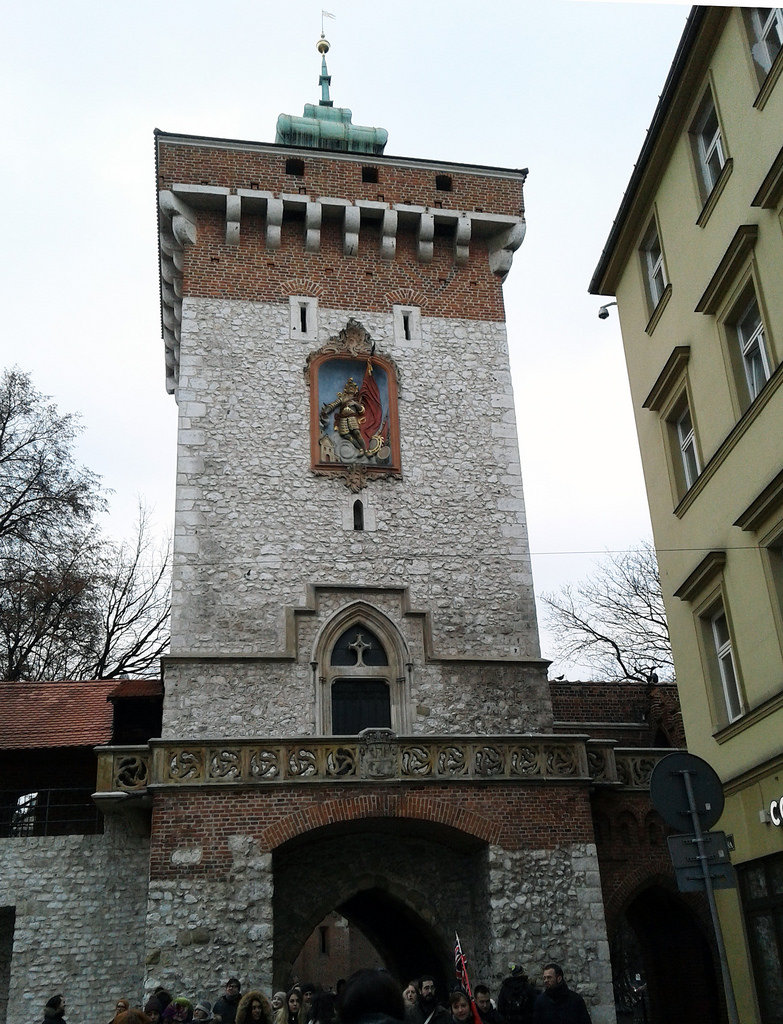 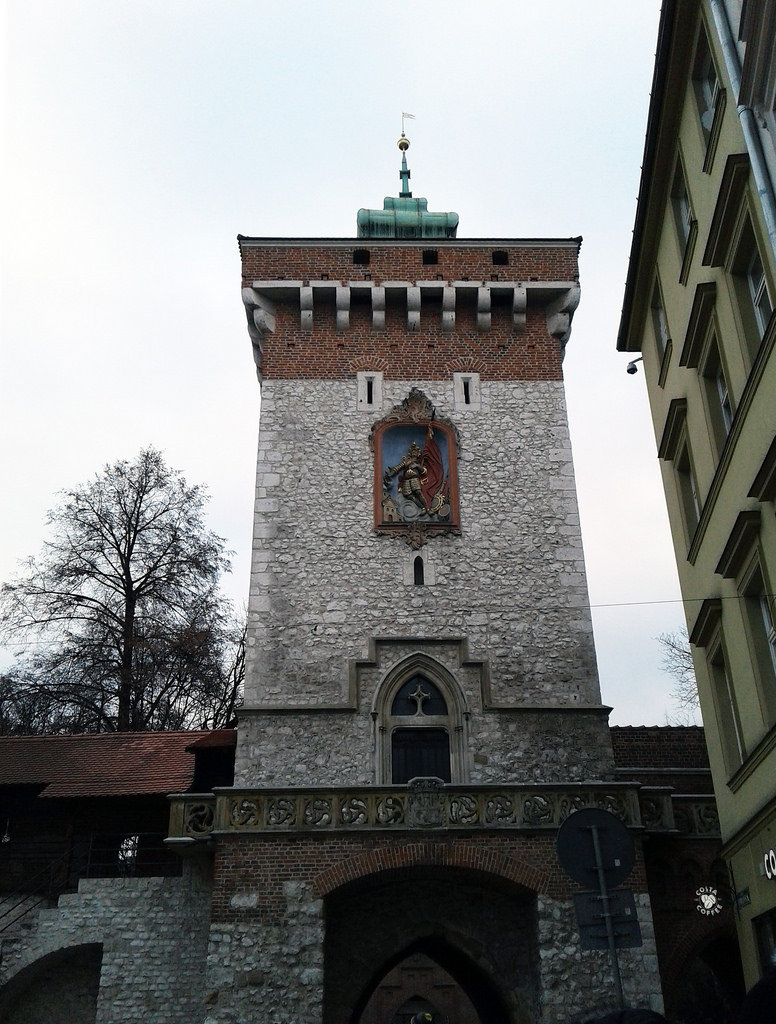 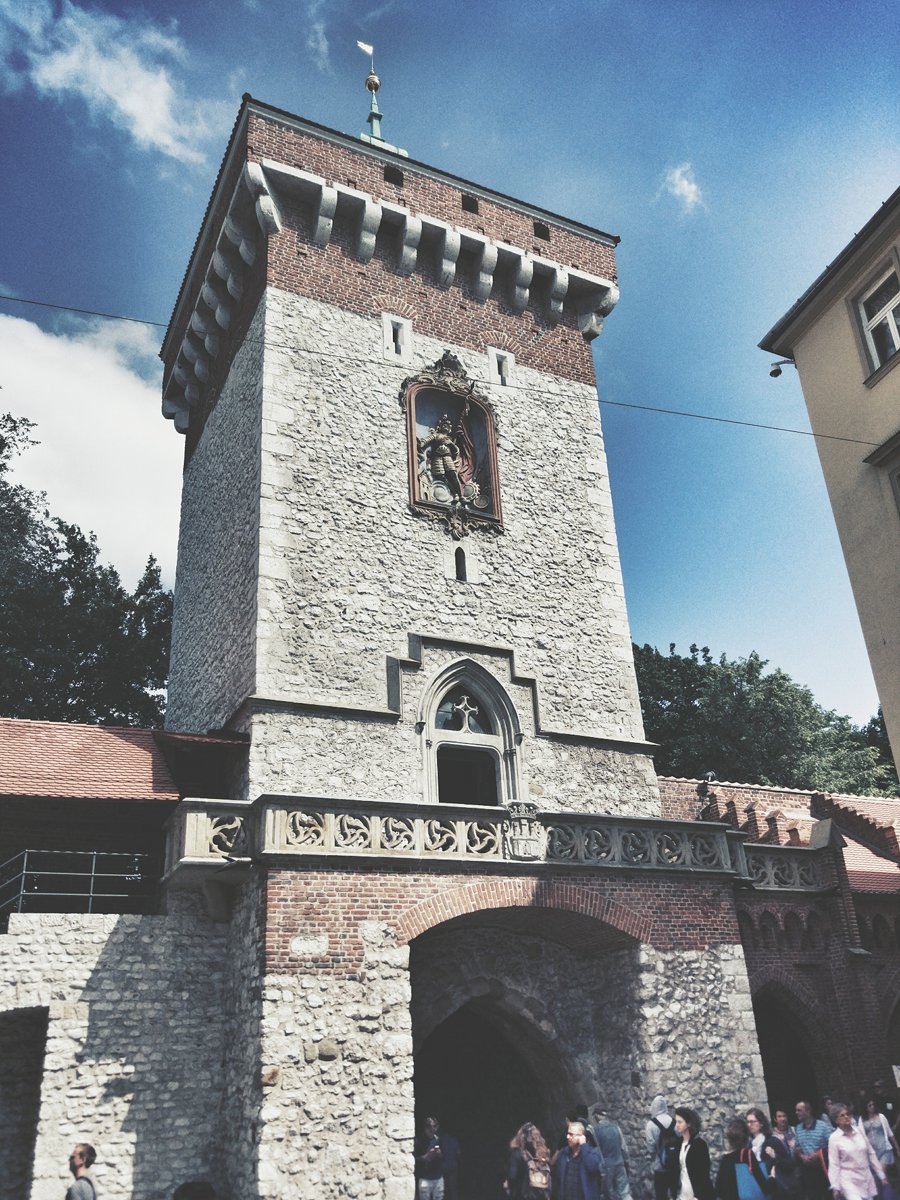 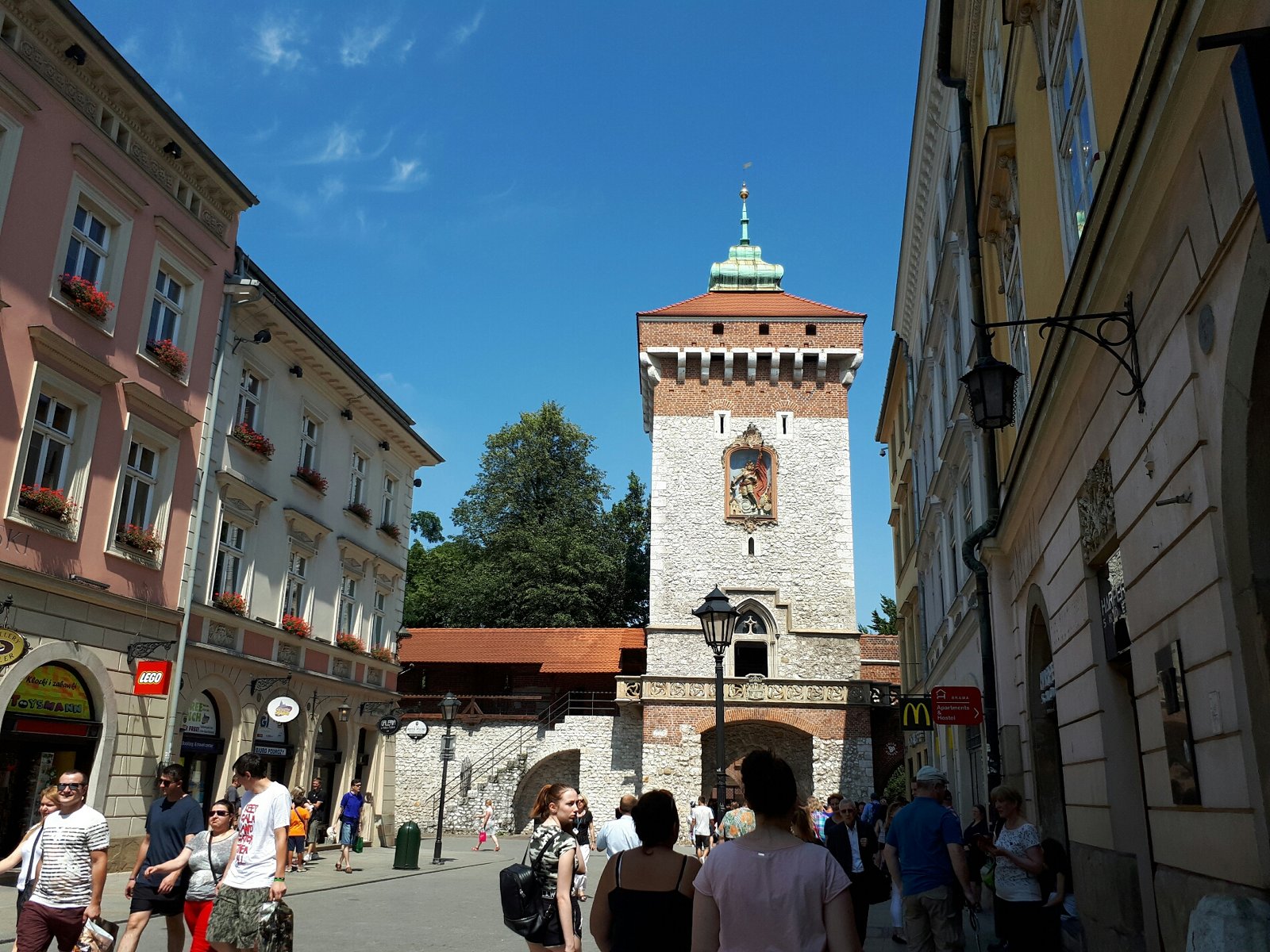 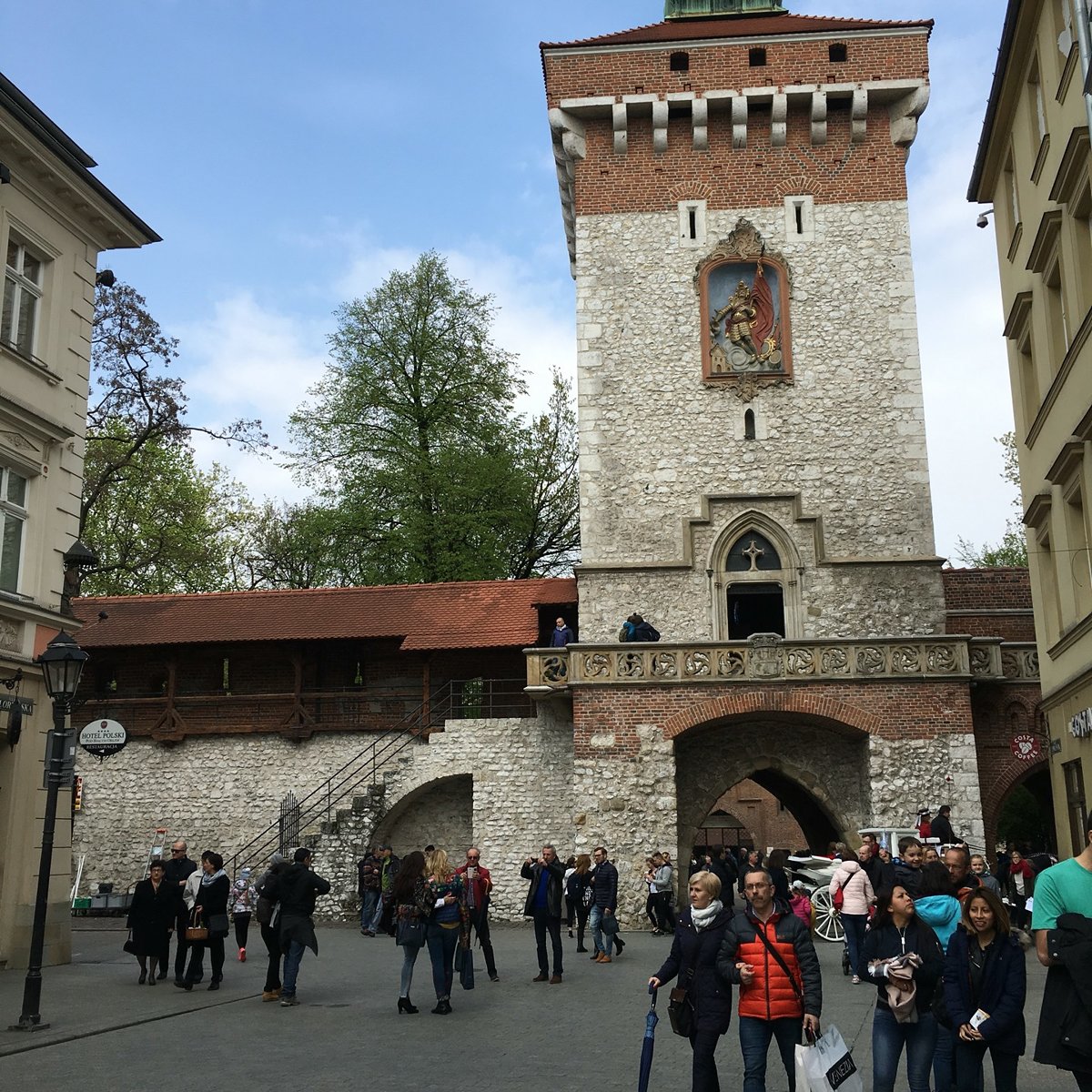 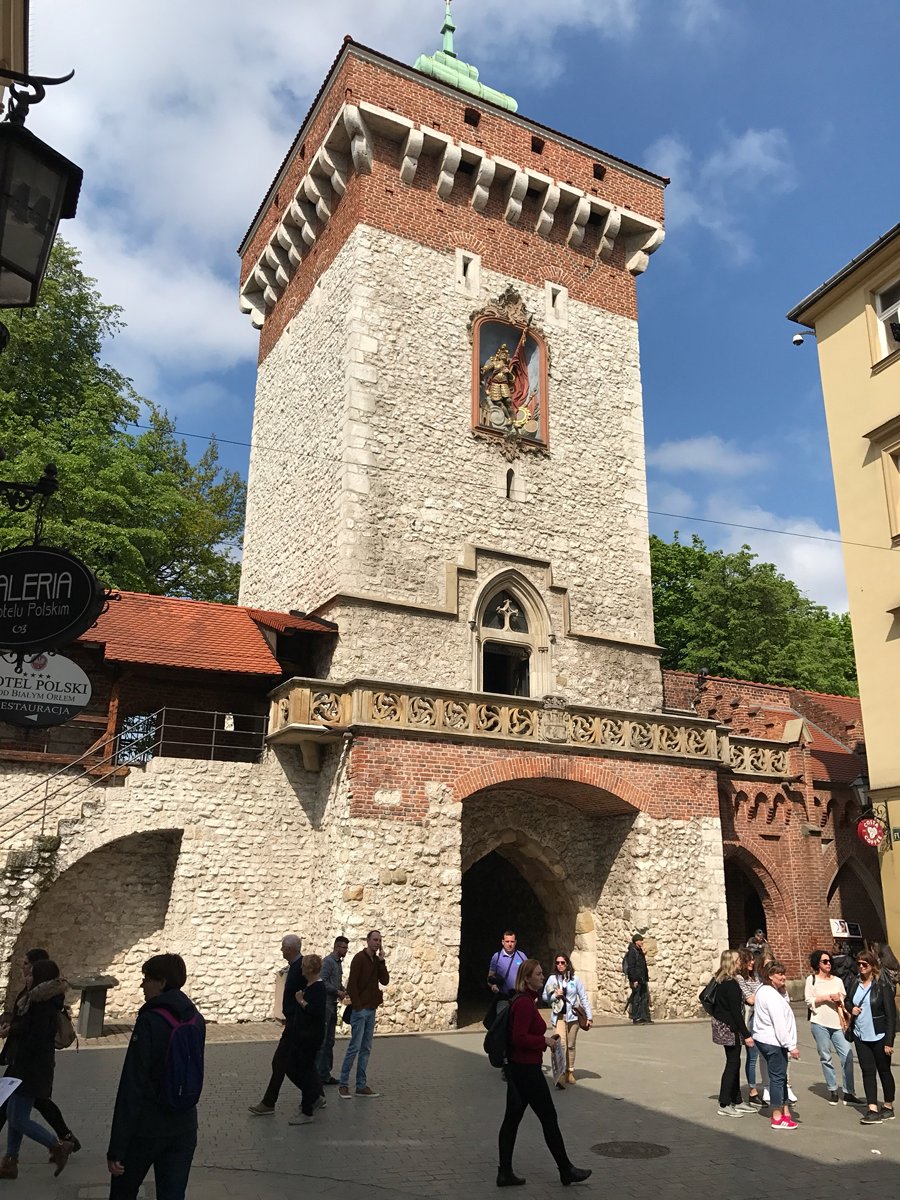 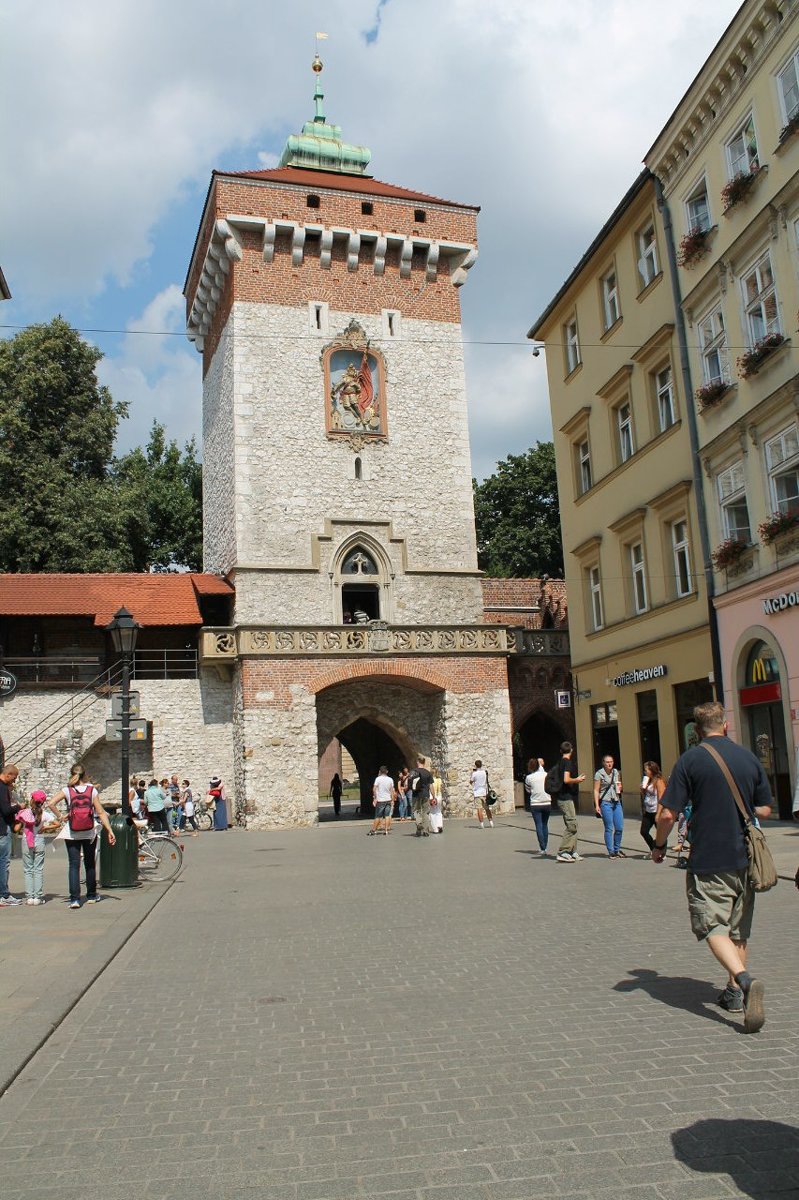 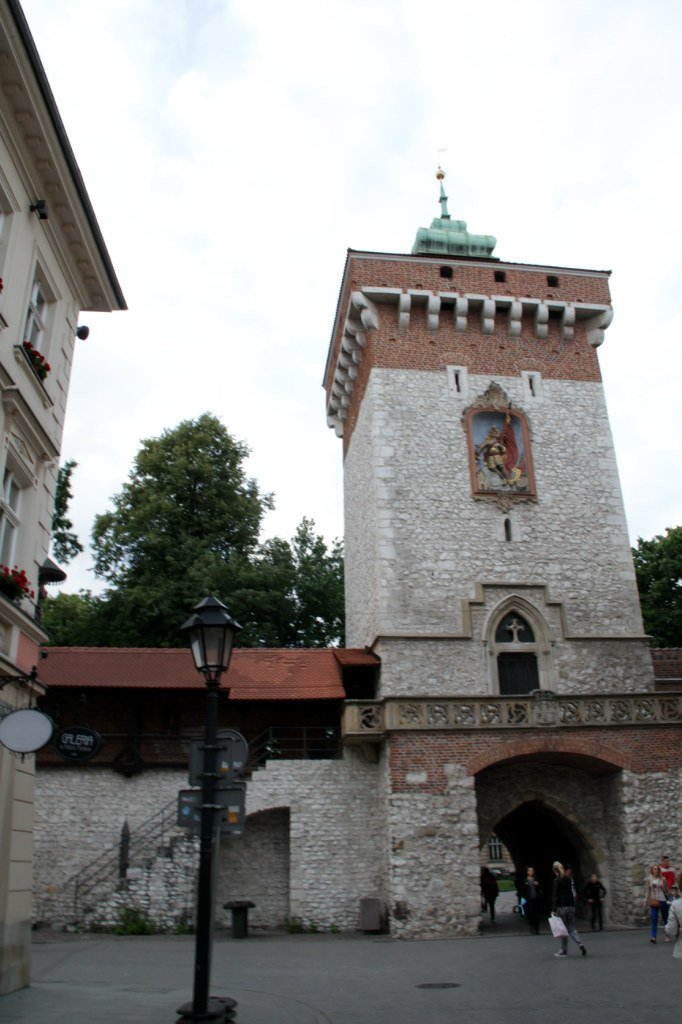 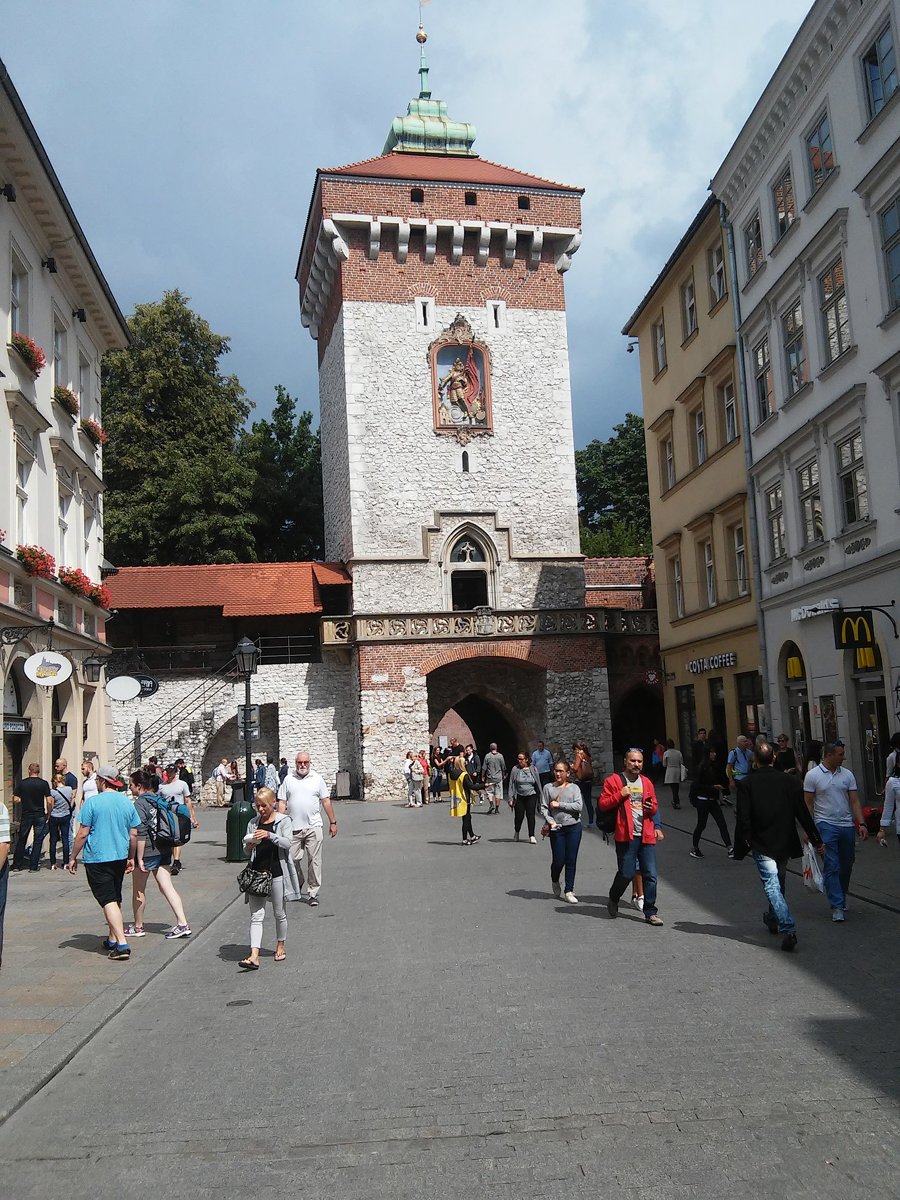 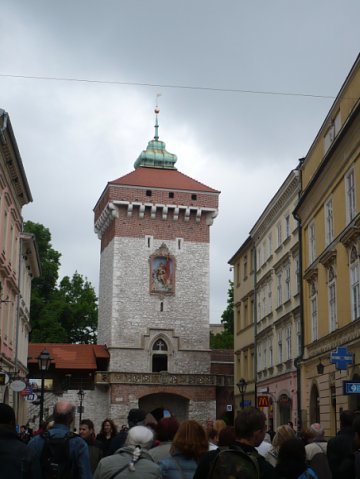