×
What are you looking for?
See all results
Amphitheaters in Koróni 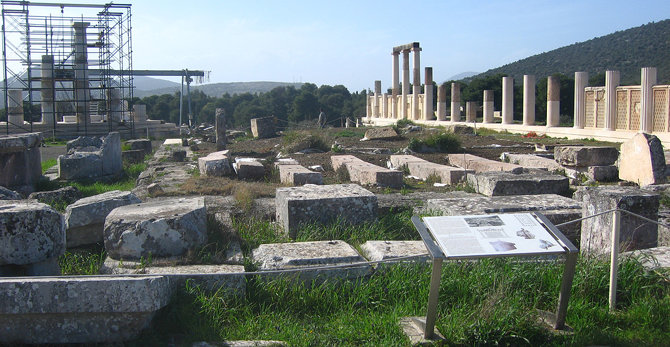 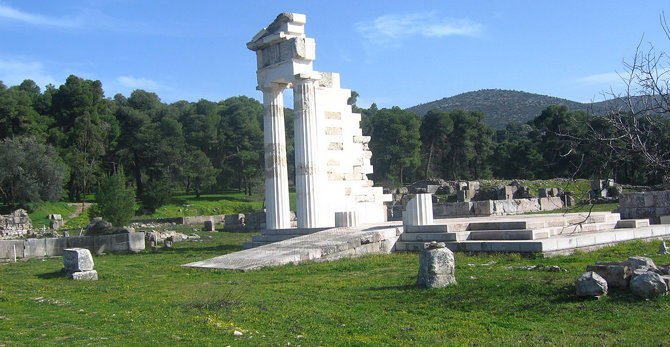 Epidaurus (Modern Greek: Ἐπίδαυρος, Epidavros) was a small city (polis) in ancient Greece, at the Saronic Gulf. The modern town Epidavros (Επίδαυρος), part of the prefecture of Argolis, was built near the ancient site.

Epidaurus was independent of Argos and not included in Argolis until the time of the Romans. With its supporting territory, it formed the small territory called Epidauria. Reputed to be the birthplace of Apollo's son Asclepius, the healer, Epidaurus was known for his sanctuary situated about five miles (8 km) from the town, as well as its theater, which is once again in use today. The cult of Asclepius at Epidaurus is attested in the 6th century BC, when the older hill-top sanctuary of Apollo Maleatas was no longer spacious enough.

There were two other similarly named Greek cities. One Epidaurus, colony in Illyria and another Epidaurus ,Limera in Lakonia.

The asclepieion at Epidaurus was the most celebrated healing center of the Classical world, the place where ill people went in the hope of being cured. To find out the right cure for their ailments, they spent a night in the enkoimitiria, a big sleeping hall. In their dreams, the god himself would advise them what they had to do to regain their health. Found in the sanctuary, there was a guest house for 160 guestrooms. There are also mineral springs in the vicinity which may have been used in healing.

, across the peninsula from Argos.]]

General pictures around the Sanctuary at Asclepios at Epidauros in the Peloponnese — Kevin J. Norman @ Flickr

Asclepius, the most important healer god of antiquity, brought prosperity to the sanctuary, which in the 4th and 3rd century BC embarked on an ambitious building program for enlarging and reconstruction of monumental buildings. Fame and prosperity continued throughout the Hellenistic period. In 87 BC the sanctuary was looted by the Roman general Sulla, and in 67 BC, it was plundered by pirates. In the 2nd century AD, the sanctuary enjoyed a new upsurge under the Romans, but in AD 395 the Goths raided the sanctuary.

Even after the introduction of Christianity and the silencing of the oracles, the sanctuary at Epidauros was still known as late as the mid 5th century, although as a Christian healing center.

The prosperity brought by the Asklepieion enabled Epidauros to construct civic monuments too: the huge theater that delighted Pausanias for its symmetry and beauty, which is used once again for dramatic performances, the ceremonial Hestiatoreion (banqueting hall), baths and a palaestra. The theater was designed by Polykleitos the Younger in the 4th century BC. The original 34 rows were extended in Roman times by another 21 rows. As is usual for Greek theaters (and as opposed to Roman ones), the view on a lush landscape behind the skene is an integral part of the theater itself and is not to be obscured. It seats up to 15,000 people.

The theater is marveled for its exceptional acoustics, which permit almost perfect intelligibility of unamplified spoken word from the proscenium or skene to all 15,000 spectators, regardless of their seating (see Ref., in Greek). Famously, tour guides have their groups scattered in the stands and show them how they can easily hear the sound of a match struck at center-stage. A 2007 study by Nico F. Declercq and Cindy Dekeyser of the Georgia Institute of Technology indicates that the astonishing acoustic properties are either the result of an accident or the product of advanced design: The rows of limestone seats filter out low-frequency sounds, such as the murmur of the crowd, and amplify/reflect high-frequency sounds from the stage.

Poros (Greek: Πόρος) is a small Greek island-pair in the southern part 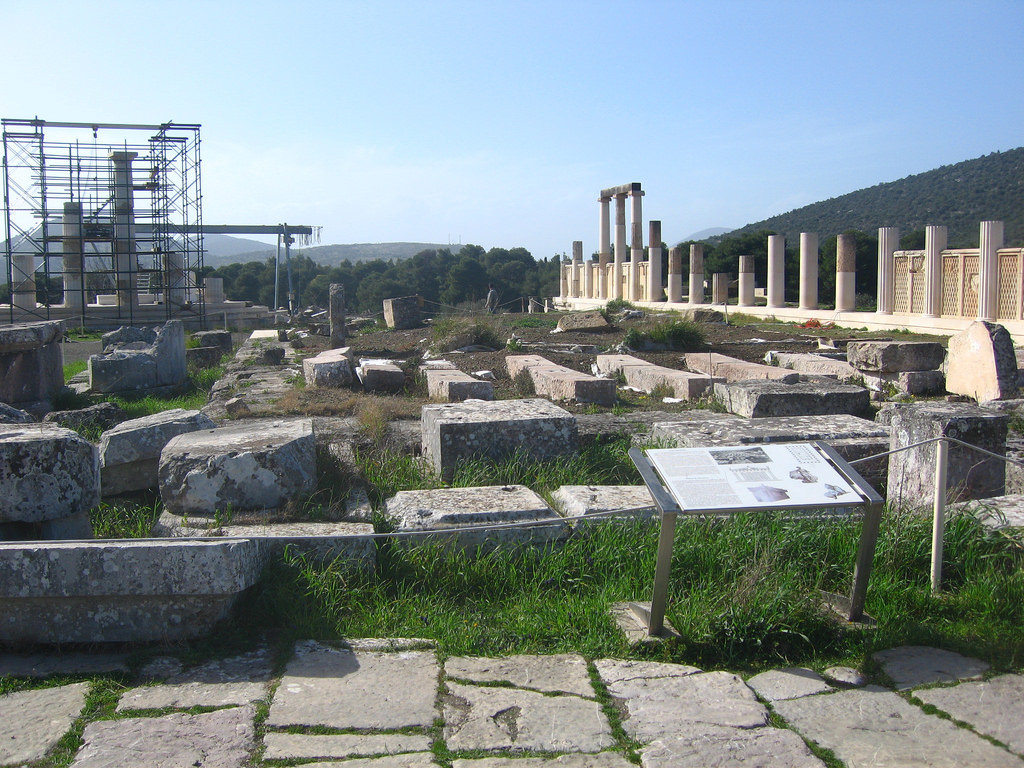 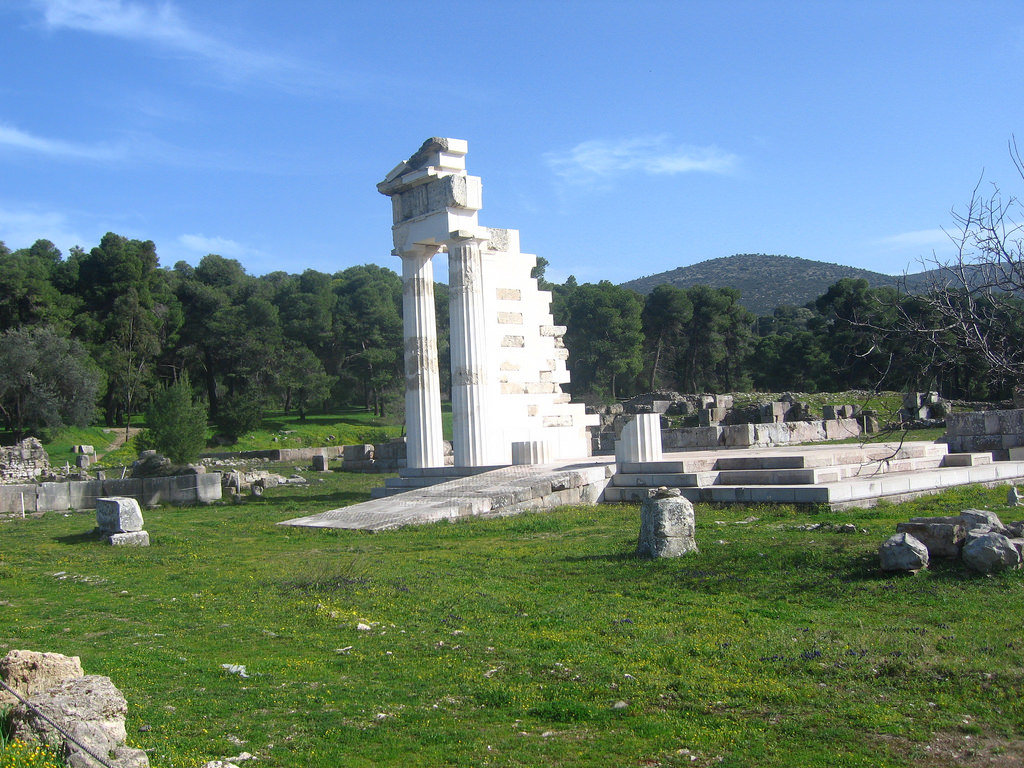 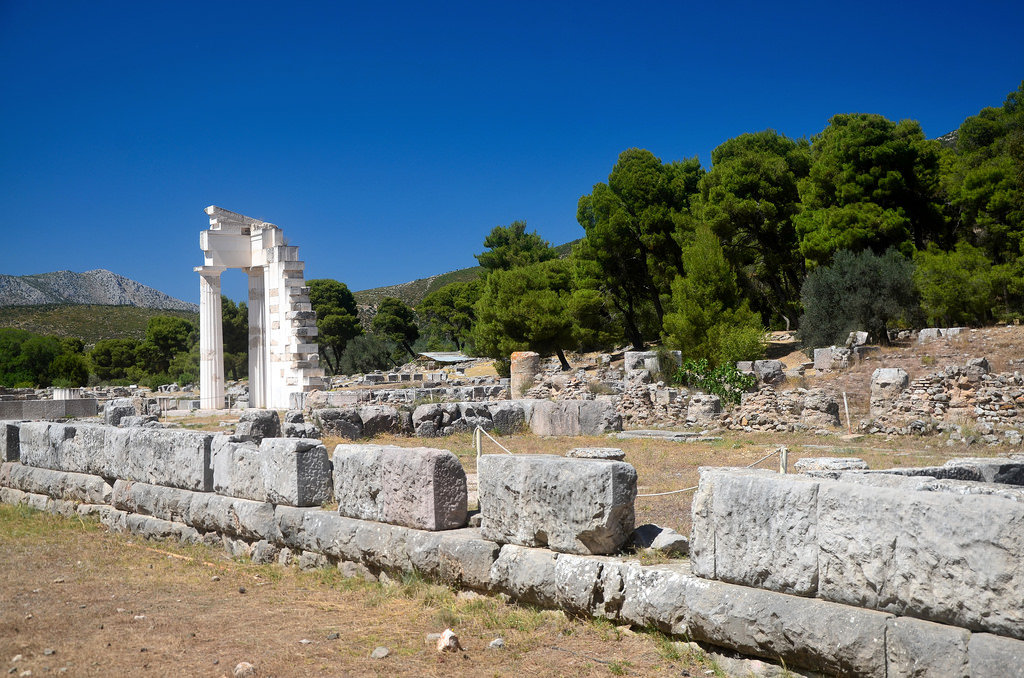 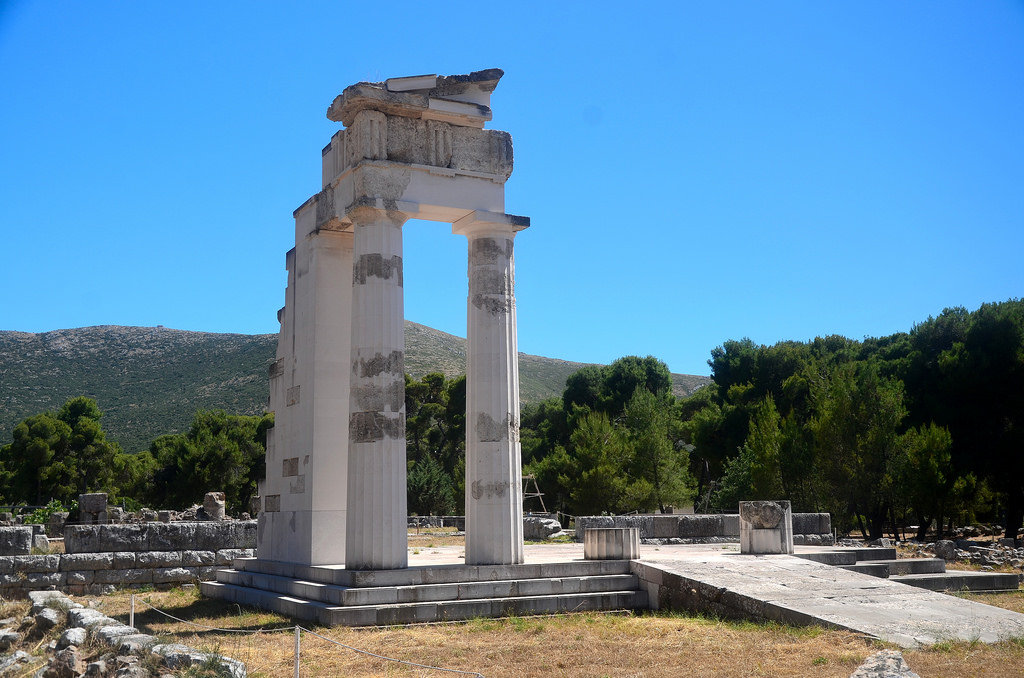 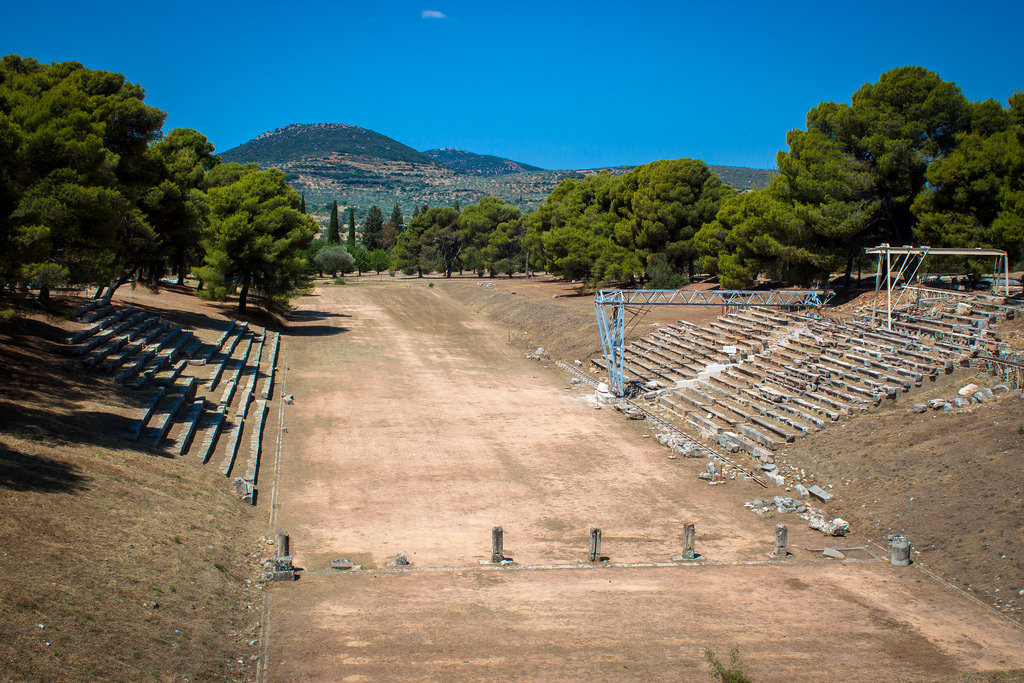 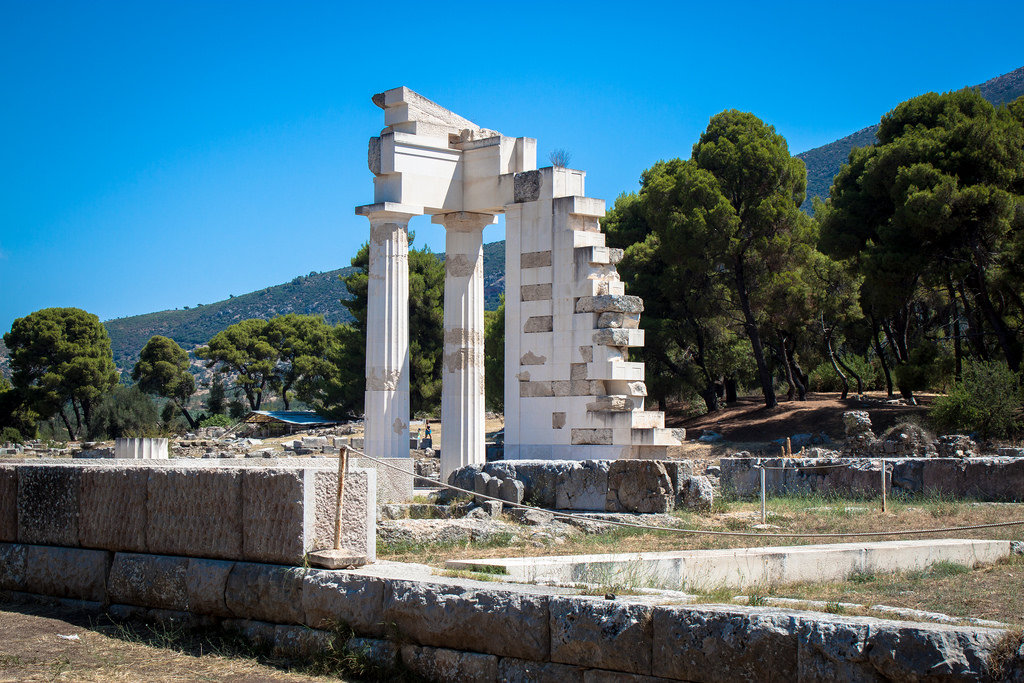