×
What are you looking for?
See all results
Mesoamerican sites in Tajín 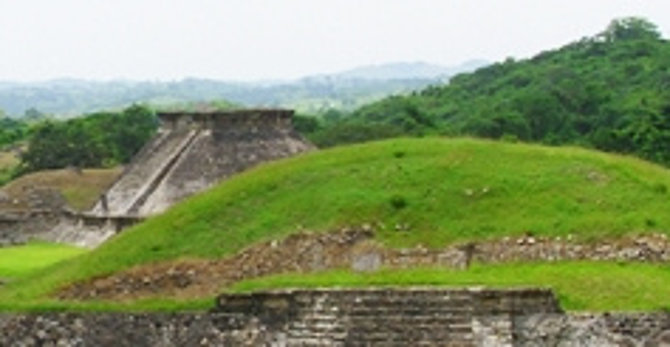 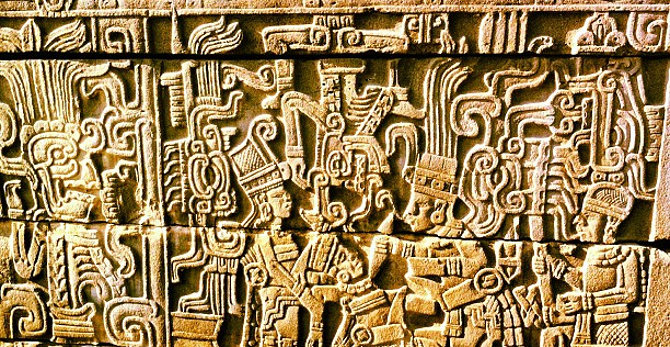 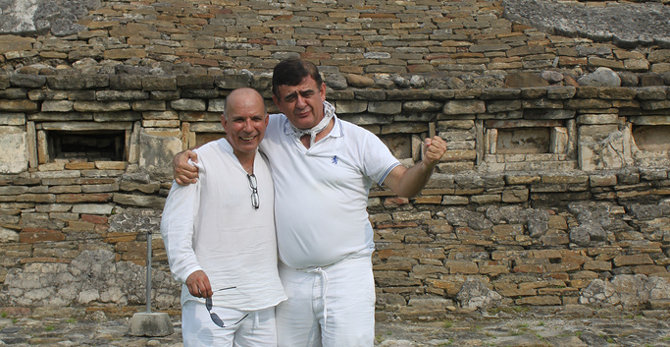 El Tajín is a pre-Columbian archaeological site in the northern Gulf Coast of Mexico region. It was the major site of the Classic Veracruz culture and one of the largest cities in Mesoamerica during the Classic era. It is located in the state of Veracruz, Mexico with some 81% of the declared archaeological zone (Шаблон:Lang) lying within the territory of the modern-day municipality (municipio) of Papantla. The remainder of the archaeological zone falls in the municipality of Coatzintla (some 16%), with a small portion (approximately 3%) extending into Poza Rica.

Tajín means city or place of thunder in the Totonac language, and is believed to have been one of the names for the Totonac god of thunder, lightning and rain.

carvings in the temple depicting a sacrifice. — jeffcohran @ Flickr

.]] Construction of ceremonial buildings at El Tajín began about the 1st century and peaked in the Late Classic era, roughly 600 - 900 CE. Early Classic Tajín shows influence of Teotihuacan; early Post-classic shows considerable Toltec influence. Construction continued to about the start of the 13th century, at which time, according to tradition, the city was conquered and burned by Chichimec invaders. The site continued to be occupied after this by a smaller population, but no new large construction projects were initiated. The site had been completely abandoned when Spanish conquistadors arrived in the early 16th century.

In 1785 engineer Diego Ruiz visited the site, then overgrown with vegetation, and published the first description of it. In the early 19th century it was visited by Guillermo Dupaix, Alexander von Humboldt, and Carlos Nebel, who published additional accounts. The first archaeological excavation of the site was made by Jose Garcia Payon from 1943 through 1963. The Mexican Institute of Anthropology & History has made additional restoration to buildings at the site since the 1980s.

, Madrid)]] The ceremonial center of the site is covers only about 1 km square, but there are mostly unexcavated remains of subsidiary buildings extending for a considerable distance beyond.

The ceremonial center has number of temple-pyramids, palaces, and several courts for playing the Mesoamerican ballgame.

The site's most famous building is the Pyramid of the Niches. The step pyramid of 6 terraces is some 60 feet high. While only medium as Mesoamerican pyramids go, the ornamented architecture creates a striking and visually pleasing effect. The terraces are of well cut stone forming a series of 365 niches. A staircase rises up the pyramid's east side. Originally the pyramid was topped by a temple, but little remains of this.

A number of the buildings have carved reliefs on them, and the site also has some free standing stone stelae. Many of the sculptures depict the ritual ballgame and ritual bloodletting by the elite.

The site is now a tourist destination, and has a moderate sized museum.

Castillo de Teayo is a mesoamerican Prehispanic archeological site and

Cantona is a Mesoamerican archaeological site in Mexico. It is located

Cascada de Texolo is a waterfall of eastern Mexico. It is located

Cempoala (or Zempoala) was an important Mesoamerican city. It was the

The Pico de Orizaba, or Citlaltépetl (from Nahuatl citlal(in) = star, 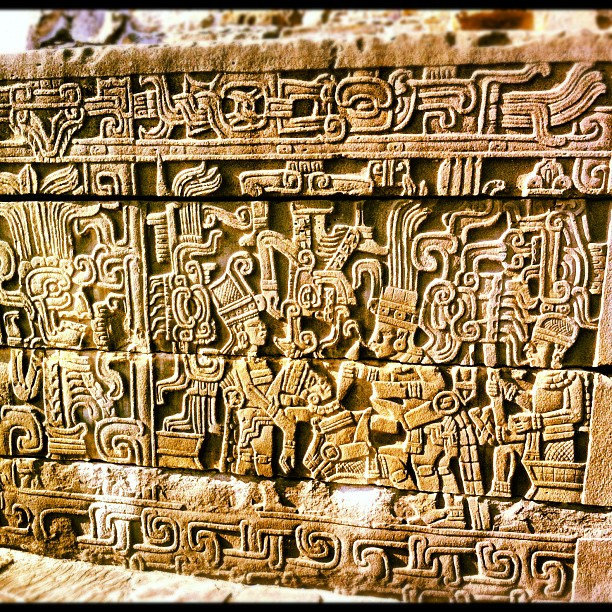 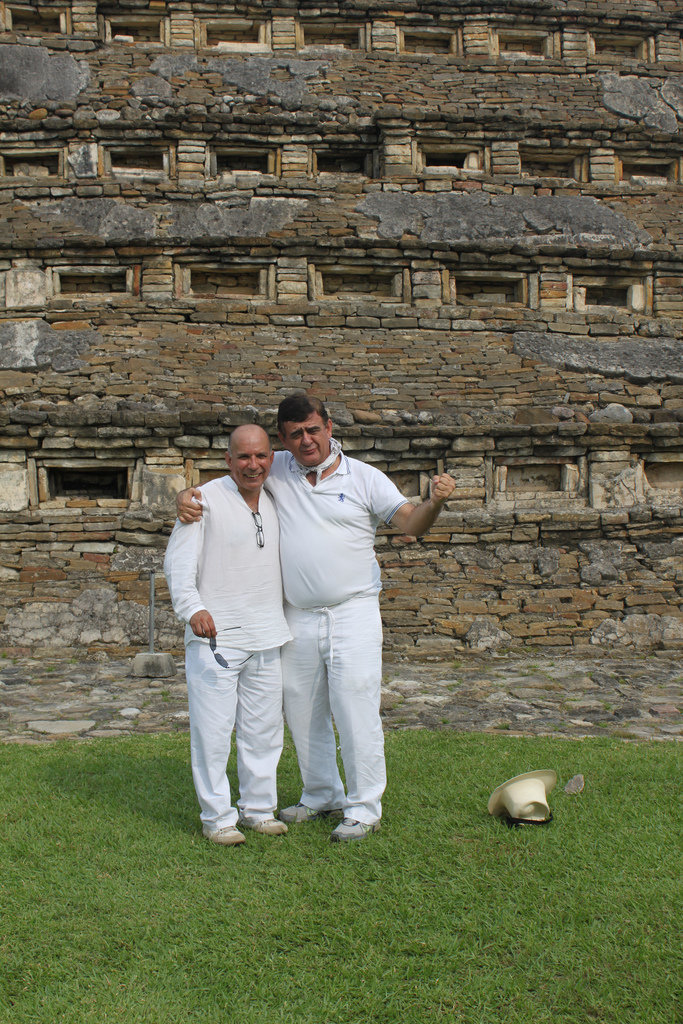 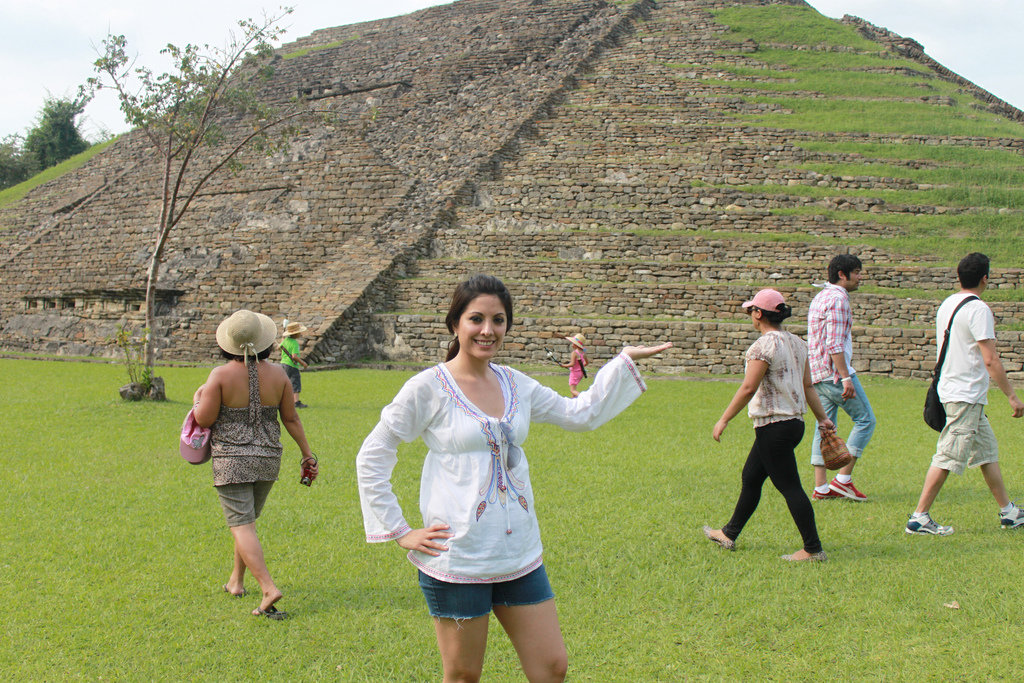 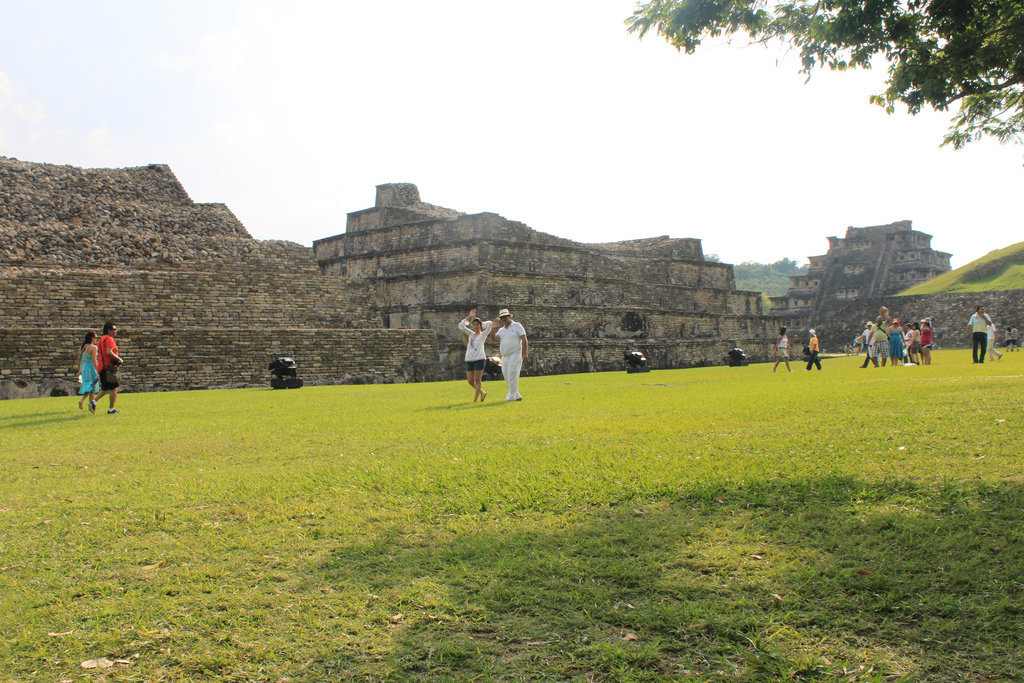 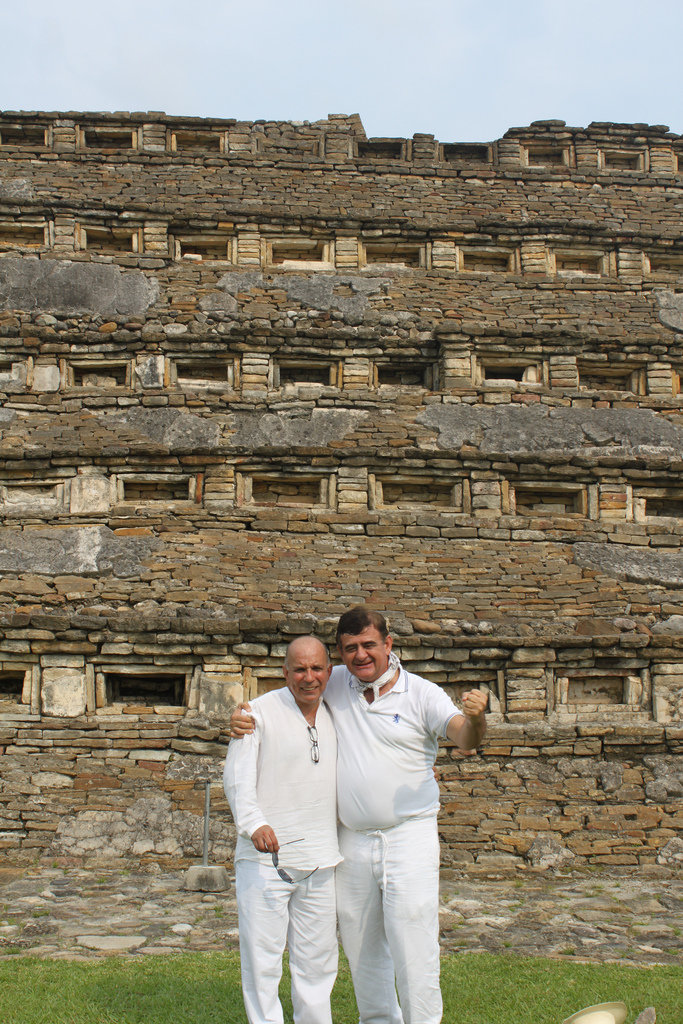 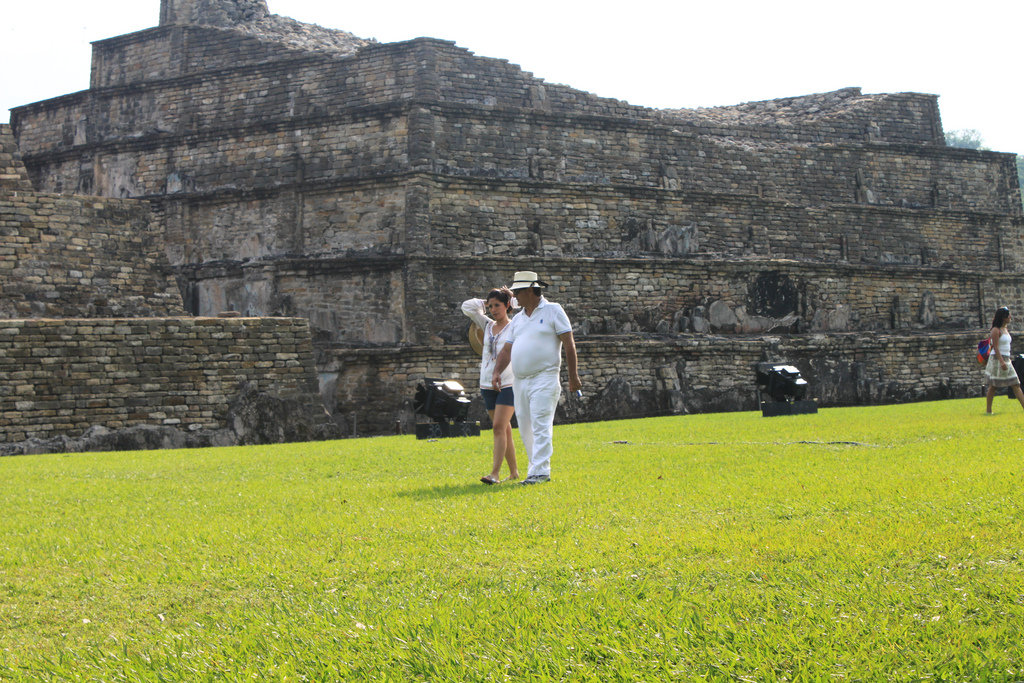 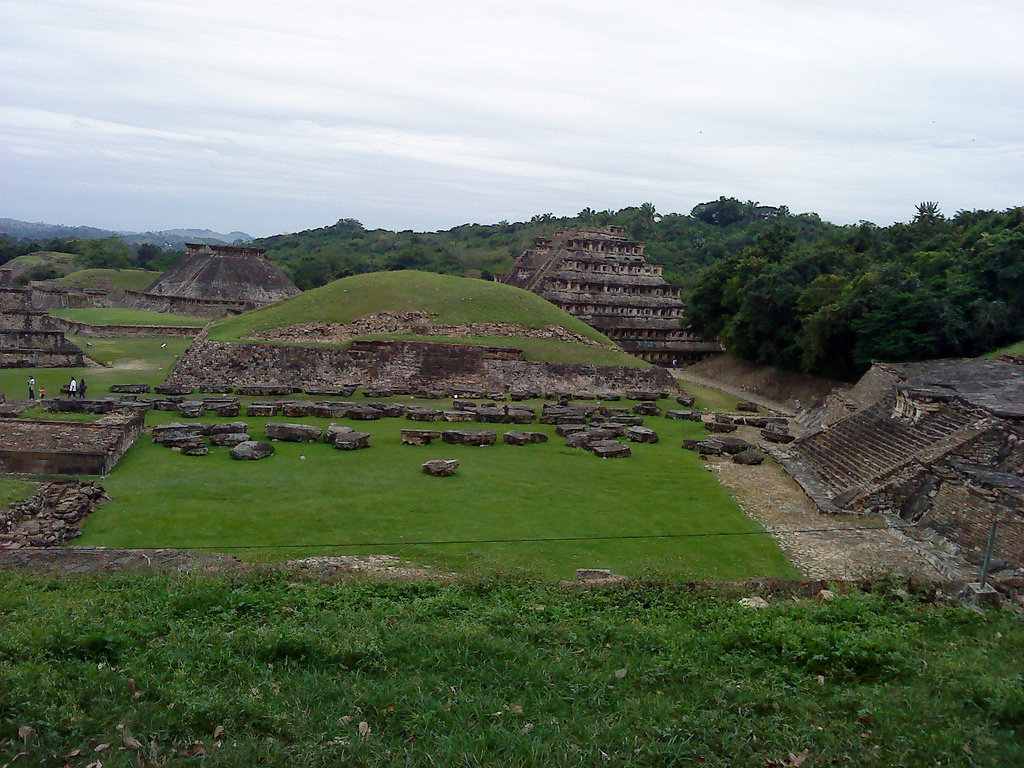 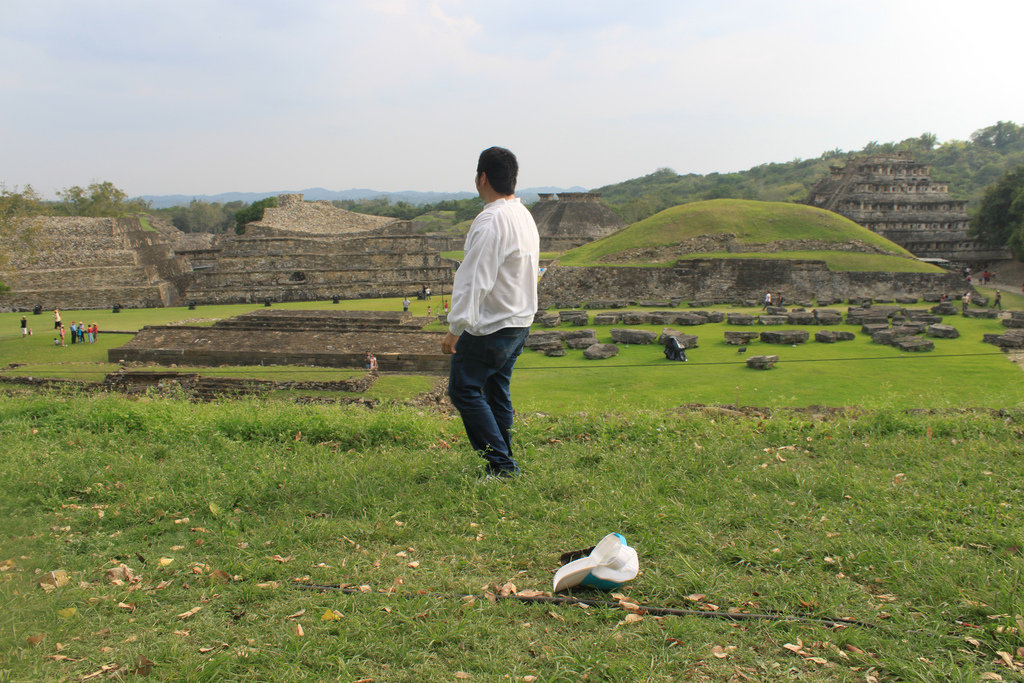 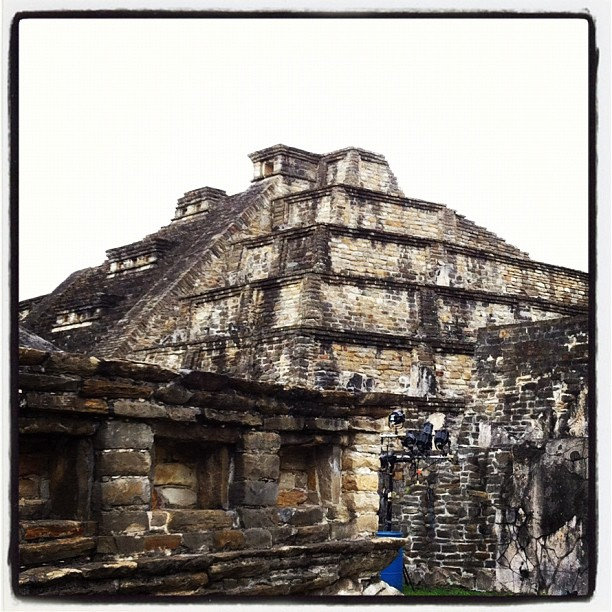 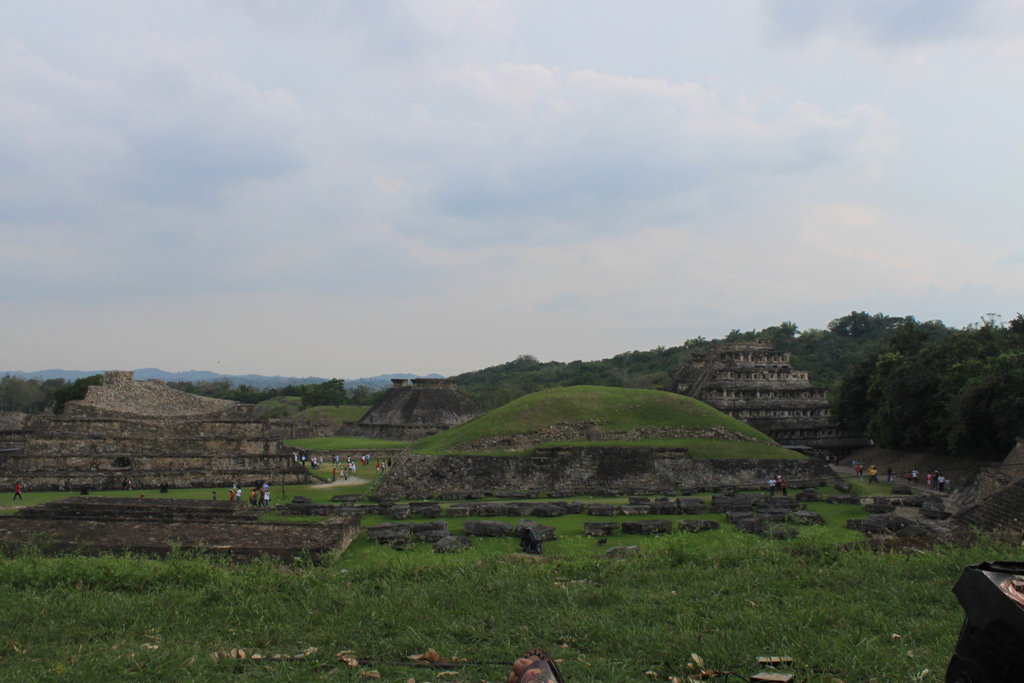 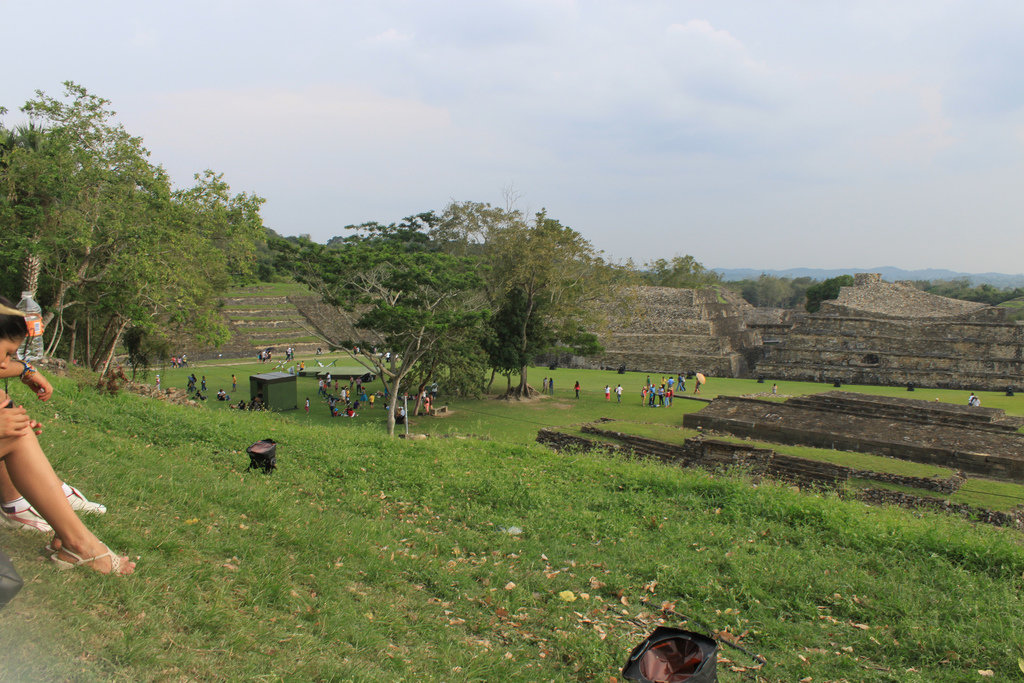 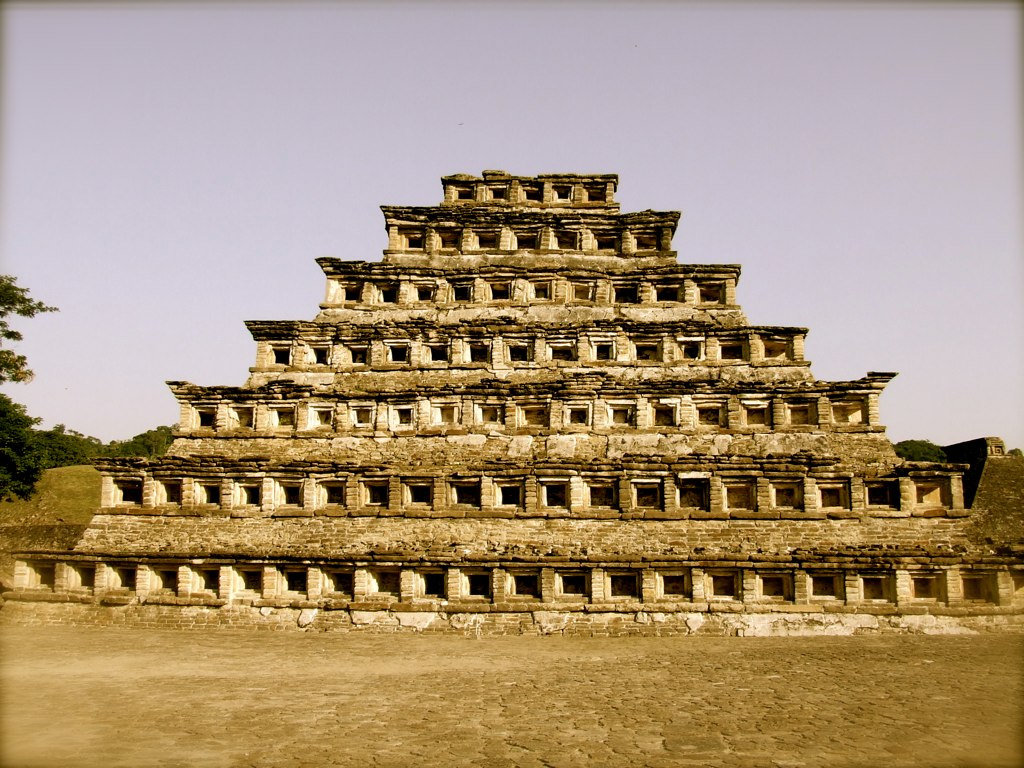 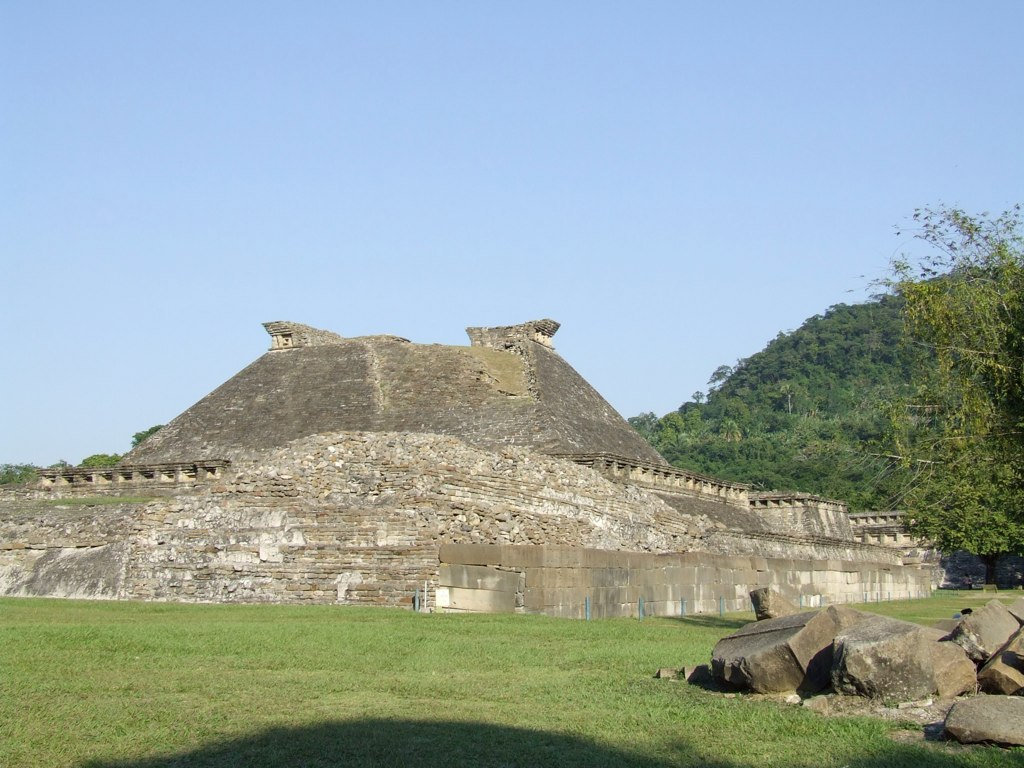 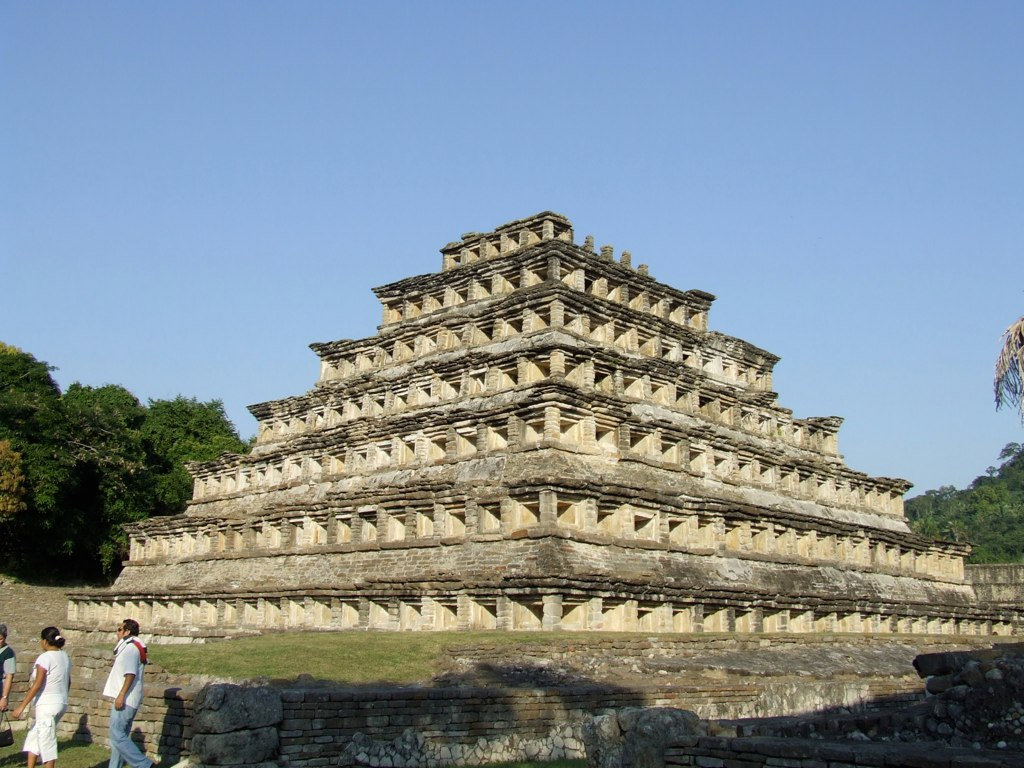 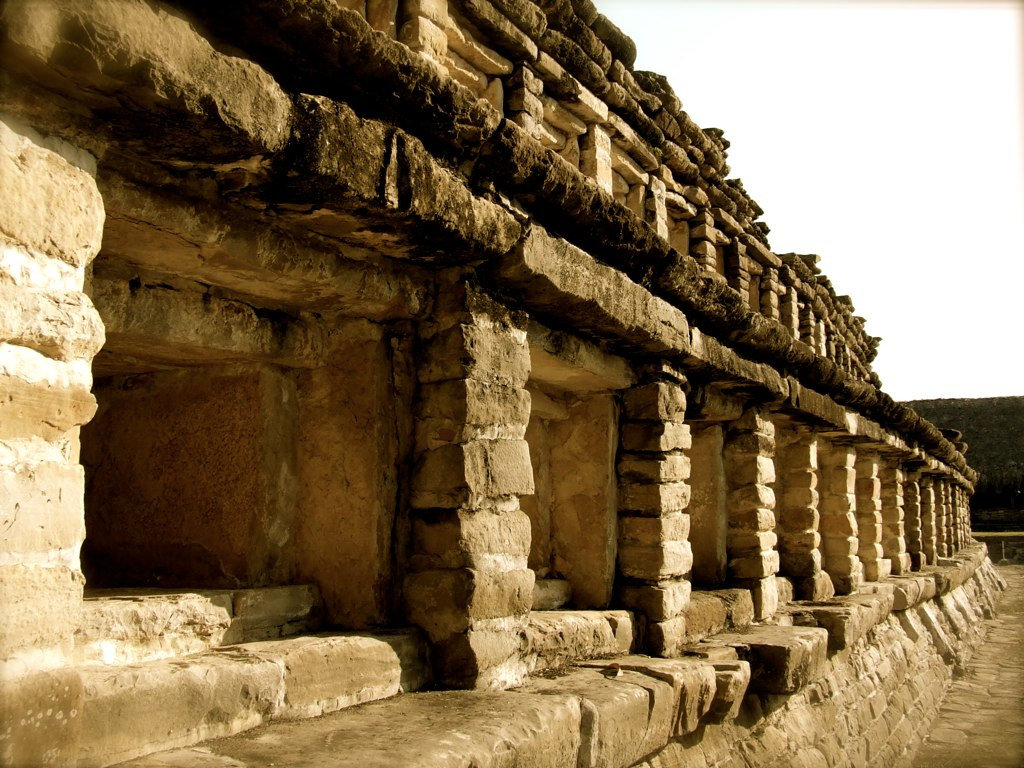