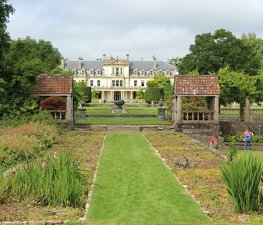 Dyffryn Gardens (Welsh: Gerddi Dyffryn) is a collection of botanical gardens located near the village of St. Nicholas in the Vale of Glamorgan, Wales. The gardens were selected by the British Tourist Authority as one of the Top 100 gardens in the UK .

History of The Dyffryn Estate

The Dyffryn Estate dates back to 640 A.D. when the Manor of Worlton (also known as Worleton), which included St Lythans and St Nicholas, was granted to Bishop Oudoceus of Llandaff.

In the 16th century the Manor of Worlton was rented under copyhold by the Button family, who are believed to have first settled at the manor at Dog Hill in Dyffryn. The family's next residence, Columbar, was thought to be built on the location of Dyffryn Gardens. The Button family occupied the estate for a number of generations, producing Admiral Thomas Button who become a notable early explorer.

The name of the Manor of Worlton was changed to the Manor of Dyffryn, St Nicholas in the 18th century when the Dyffryn Estate was sold to Thomas Pryce, who built the first building to be known as Dyffryn House, a Georgian manor, on the site in 1749. Although no extensive work was undertaken to the grounds, Pryce did begin some additions, including the construction of the walled garden, dipping pools and some ornamental plantings.

In 1891 the Dyffryn Estate was sold to John Cory who began construction of the present house in 1893. Later, Thomas Mawson, a well-known landscape architect and first president of the Institute of Landscape Architecture, was commissioned to design a garden to complement the new house; lanscaping began in 1894 and was completed in 1909.

After John Cory’s death in 1910,the job of further developing the gardens fell to Cory's third son Reginald who had inherited the estate. Reginald was a leading figure in the RHS and a keen horticulturalist and plant collector who during the early 1900s jointly sponsored several worldwide plant hunting expeditions. Many of the plants on display at Dyffryn exist are a direct result of these forays, the most outstanding being Acer griseum (Paper Bark Maple) grown from seed brought back from China by the famous plant hunter Ernest Wilson.

On Reginald's death in 1934, the Dyffryn Estate was passed to his sister Florence. On her death in 1937, the estate was bought by Sir Cennydd Traherne. In 1939 Sir Cennydd Traherne leased the Dyffryn House and Gardens to Glamorgan County Council, as a botanical garden on a 999 year lease. In 1973, the gardens were used as the venue to host a garden party to commemorate the dissolution of Glamorgan County Council. In 1995 Sir Cennydd Traherne died, and in 1999 his son Councillor Rhodri Llewellyn Traherne sold the freehold of Dyffryn House and Gardens to the Vale of Glamorgan for the sum of £300,000.

In 2000 Cadw awarded these gardens Grade I status in its register of landscapes, parks and gardens of special historical interest in Wales. The Grade I citation reads "The gardens at Dyffryn are the grandest and most outstanding Edwardian gardens in Wales. They are comparable to some of the most extravagant gardens of the period in Britain."

Dyffryn House and Gardens underwent restoration in 2006 with a £8m grant, £6.15m from the Heritage Lottery Fund, and the Grade I listed Edwardian gardens have been restored to the original design drawn up by Thomas Mawson in 1904 for the coal baron John Cory.

The present Dyffryn House was built in 1893-94 under the ownership of John Cory, by architect E.A. Lansdowne of Newport, and was one the last large country manors to be built in Wales. A long narrow mansion, the architectual style is vaguely Second French Empire The main enterance, located on the north side of the building, is protected by a porte-cochere, which leads into a lofty hall. The windows looking out over the driveway from the Hall depict Elizabeth I at Tilbury. The hall also features the most notable of the manor's impressive chimneypieces; incorporating at its centre a late 17th century marble cartouche of arms flanked by life size wooden Mannerist figures of Ceres and Prudence. Other rooms of note include the Oak Room, whose chimneypiece is flanked by cross-legged cherubim, each with six wings. The drawing room and boudoir have Jacobean alabaster mantle-pieces.

Despite its grand features, the house was utilisied as a police training centre, and up until 1996 a conference centre. In 2007, the Vale of Glamorgan Council, appointed £1.4m to repair and maintain Dyffryn House's walls and roof, and as of 2010 the house remains unused and not open to visitors.

Today, Dyffryn Gardens is a visitor attraction open all year round, but with a high season from the start of March to the end of November, and a reduced admission during the low season. The gardens are accessed via the admissions building, which also houses a shop and an attached tea-room. From here the Gardens are divided into three main areas, the arboretum, Dyffryn House and its lawns and the Garden Rooms.

The eastern and largest section of the gardens contains the arboretum that begins with the heather bank, leading to the rockery. The central section, which divides the arboretum in the east from the Garden Rooms to the west, contains Dyffryn House and its lawns, beginning with the house to the north extending southwards to the Vine Walk, a series of arches each containing a different species of vine. The two main lawns include the croquet lawn, closest to Dyffryn House, which runs east to west parallel to the main building, and the Great Lawn. The Great Lawn runs north-south and at its centre a longitudinal canal, which has at its centre a large bronze fountain. The fountain is in Chinese style and has a bronze Chinese Dragon wrapped around it; thought to be from the 1950s. The Great Lawn ends with a lily pond, which houses two more impressive bronze statues, a pair of Oriental wind demons. At the southern end of the lawns is the Vine Walk, and Lavender Garden, the later containing a red brick folly.

The final section of the gardens is the Garden Rooms, a series of terraced themed gardens. The 'rooms' contain an Italian Terrace, Australian and Mediterranean Gardens, each containing plants from their respective regions. Other areas include a physic garden, rose garden, reflecting pool and Pompeian gardens. The Pompeian gardens, entered via an archway dated 1909, were originally inspired by Reginald Cory's trips to Italy.

Throughout the gardens are a number of statues, many with a motif of people with animals. Of the more notable works are a life-size prone stone lion, a terracotta statue of a palm-bearing female, signed 'E. Kuhse', (1881) of German origin and to the rear of the house outside the visitor centre is a large bronze of a mandarin riding a bull.

History of The Lordship and Manor Of Worlton Dyffryn

The Manor of Worlton has existed since 640 AD when it was passed to His Lordship The Bishop of Llandaff, who in 1913 transferred the ownership of the Lordship and Manor of Worlton (Dyffryn St Nicholas) to the University of Wales.

In June 2000 the University of Wales, on behalf of the Bishop of Llandaff, sold at auction the ancient manorial Lordship of the Manor of Worlton, also known as the Manor of Dyffryn, St Nicholas. It was bought by a local land owner, Mr Sean T A Rafferty.

The gardens offer a great variety of colour and form throughout the seasons. Then summer sees the newly restored garden rooms in bloom. In autumn the many acers and the vine are in season.

Phil Kench
Unusual gardens, the large lawns are a little plain, but the walled gardens are intricate and beautifully maintained

Ant Burrows
Lovely gardens to while a couple of hours away in. Try and spot the dragonflies on the ponds

Lucy Carbis
It’s a great place with fun for everyone with lots of activities for kids to do.

Cazz K
Really nice and good value food in the cafe. And the garden allows dogs on leads.
Load more comments
foursquare.com
8.5/10
20,506 people have been here
I've been here
Add to wishlist

Dyffryn House and Gardens on Foursquare

Hensol Castle (previously Hensol House) is a castellated mansion in

Nymans is an English garden to the east of the village of Handcross,

Emmetts Garden is an Edwardian estate located at Ide Hill, near

Biddulph Grange is a National Trust landscaped garden, in Biddulph 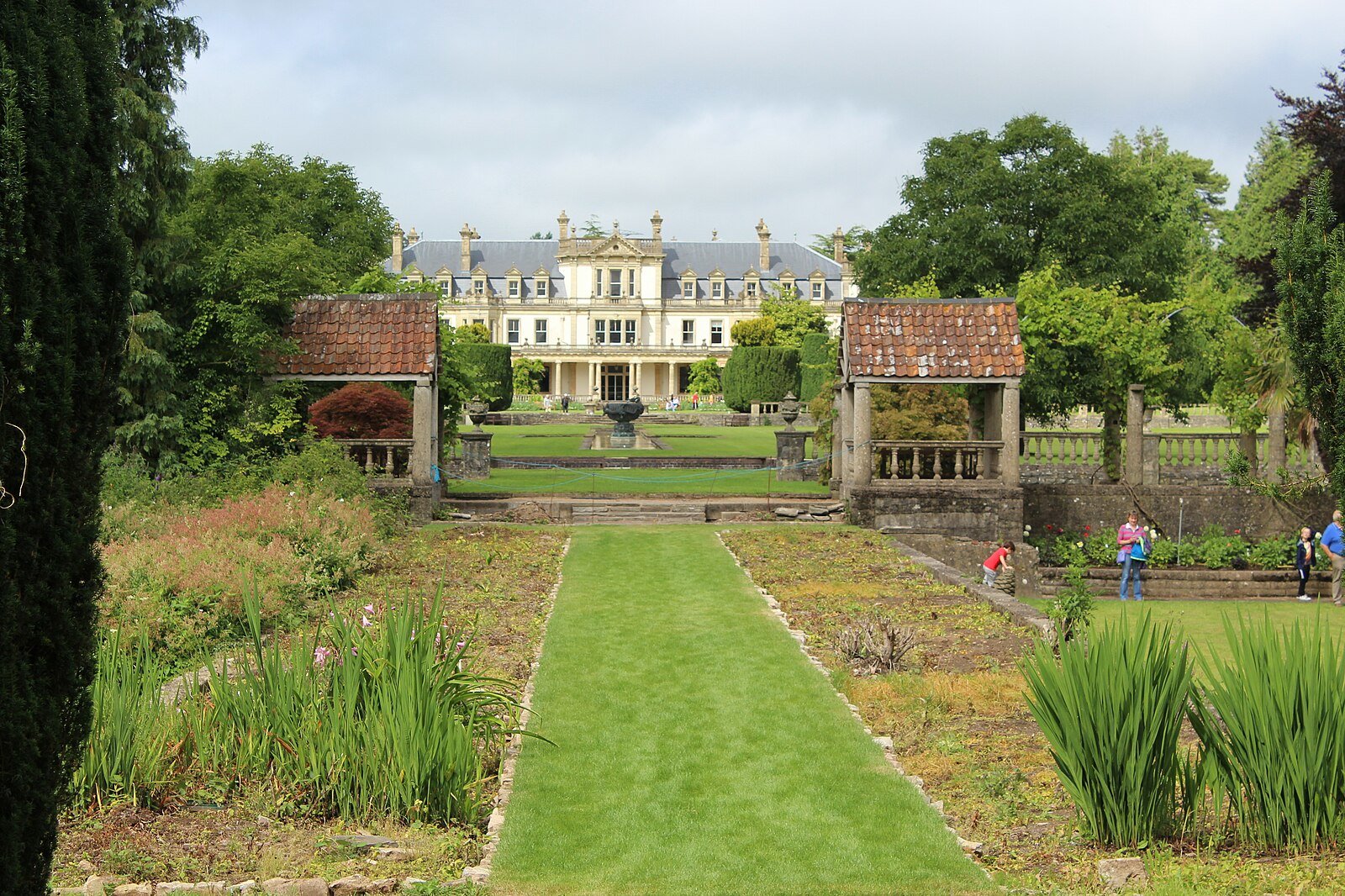 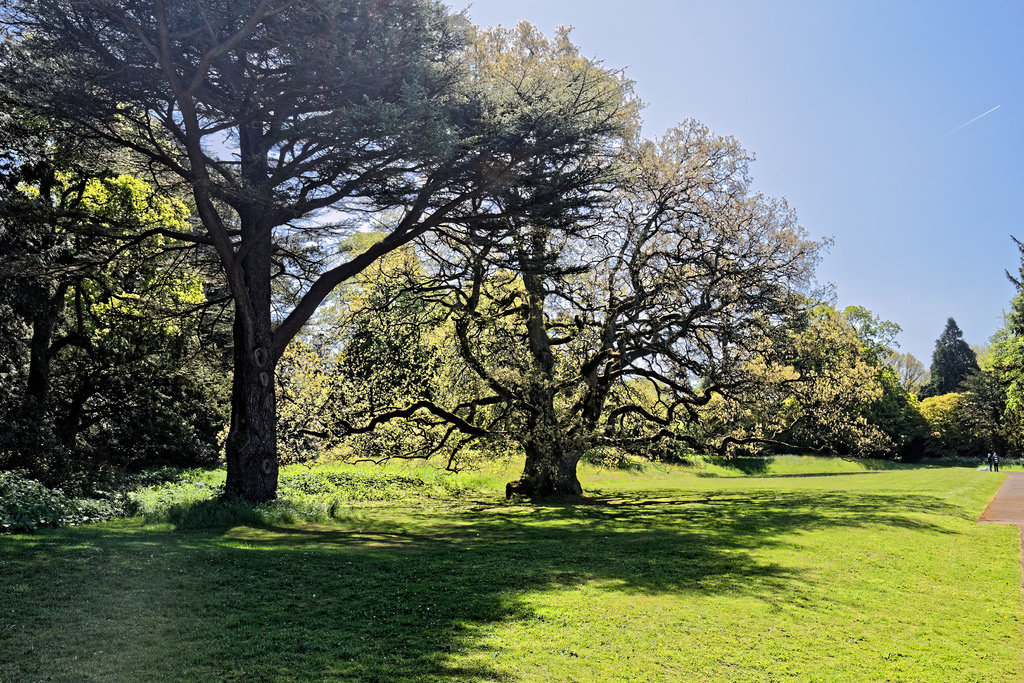 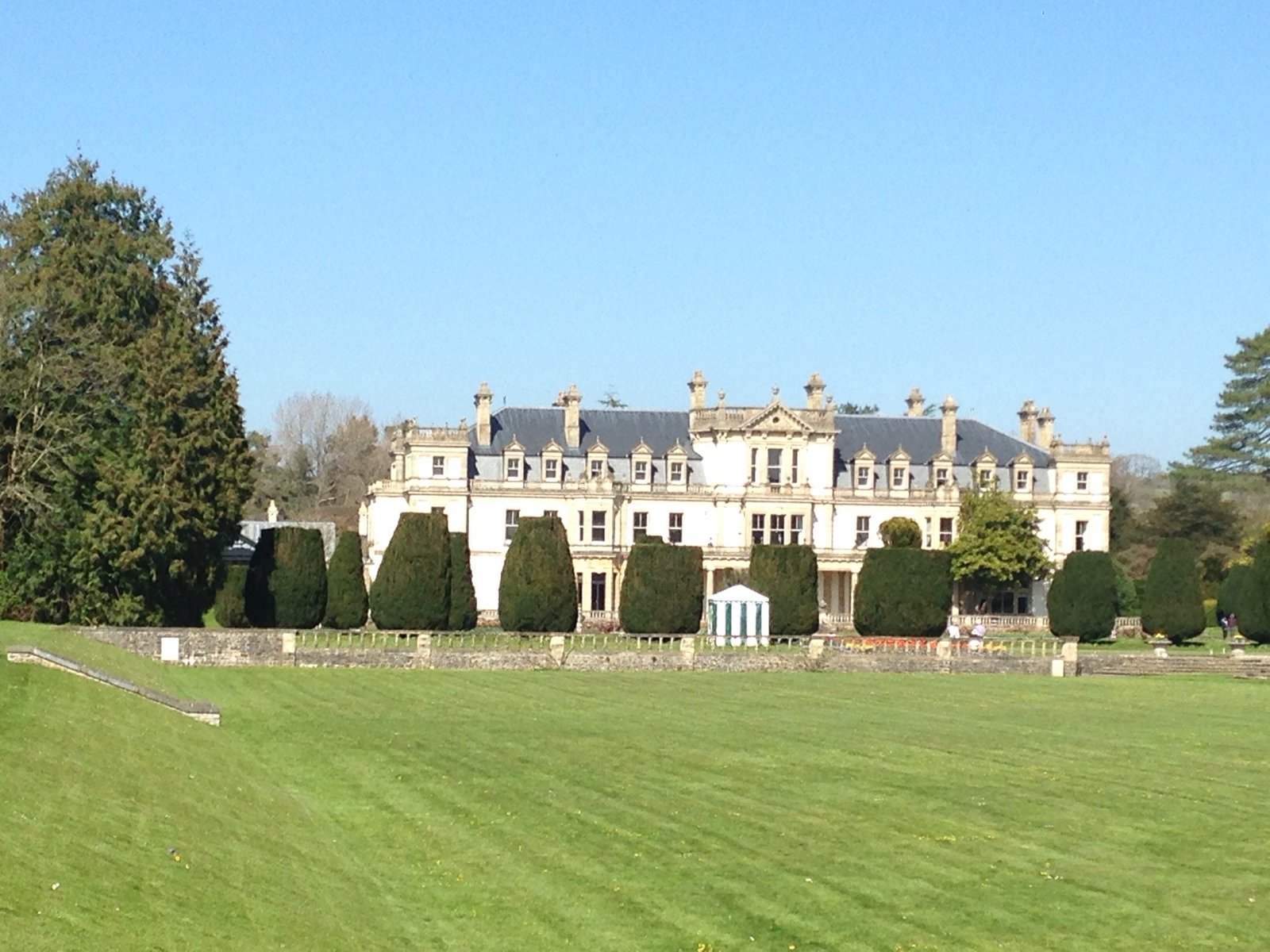 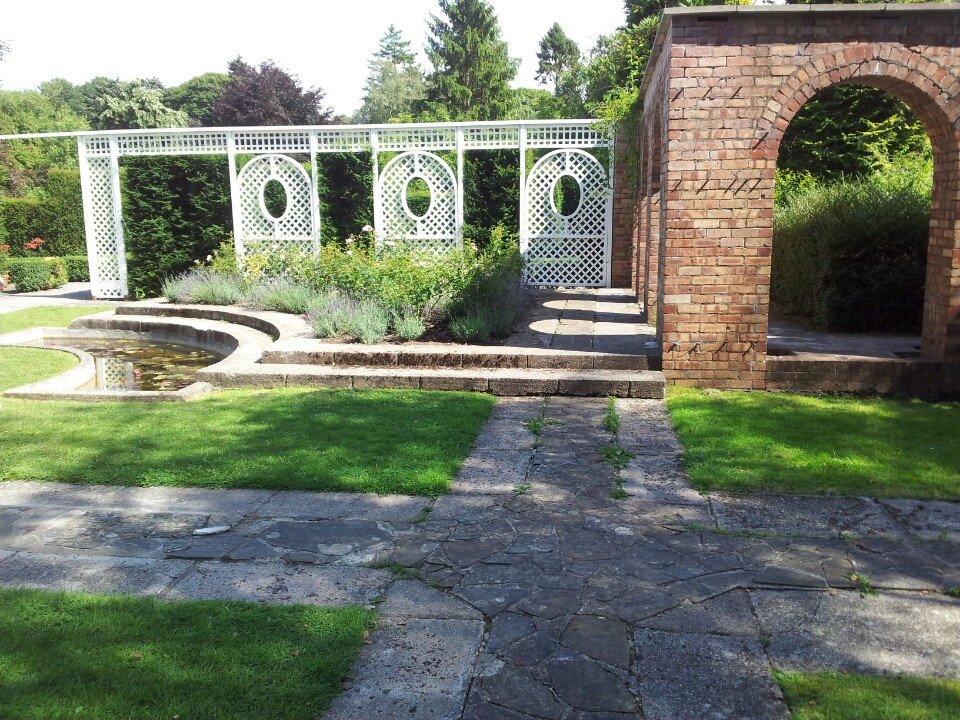