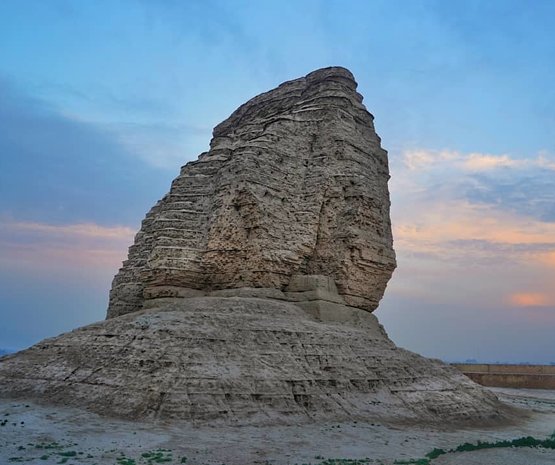 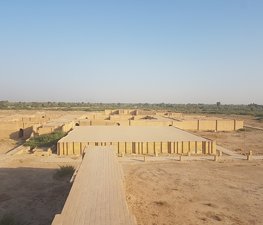 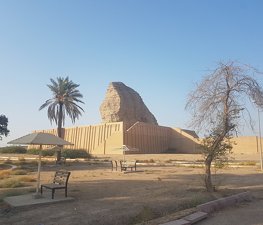 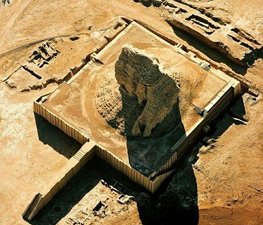 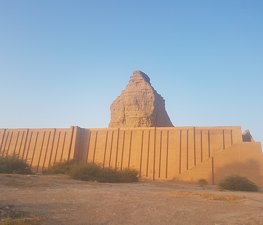 Dur-Kurigalzu (modern `Aqar-Qūf عقرقوف in Diyala Governorate, Iraq) was a city in southern Mesopotamia near the confluence of the Tigris and Diyala rivers about 30 km west of the center of Baghdad. It was founded by a Kassite king of Babylon, Kurigalzu I or II, some time in the 14th century BC, and was abandoned after the fall of the Kassite dynasty. The prefix Dur- is an Akkadian term meaning "fortess of", while the Kassite royal name Kurigalzu, since it is repeated in the Kassite king list, may have a descriptive meaning as an epithet, such as "herder of the folk (or of the Kassites)".

The city contained a ziggurat and temples dedicated to Sumerian gods, as well as a royal palace. It was excavated by the Iraqi archeological service between 1943 and 1945. The ziggurat was unusually well-preserved, standing to a height of about 170 feet. It was "restored" to its first level by the Saddam Hussein government during the 1970s.

The site was excavated by the Iraqi Directorate-General of Antiquities. Over 100 cuneiform tablets of the Kassite period were recovered, now in the National Museum of Iraq.

Aqar Quf, ancient Dur Kurigalzu, is a Kassite period site located approximately 30 km (19 mi) west of Baghdad. It is situated along an east-west-trending limestone ridge between the Euphrates and Tigris. Until the last century, the adjacent Aqar Quf depression would have been inundated with flood water part of the year. This site had access to fresh water from the Euphrates by means of the Isa Canal, known as the Patti-Enlil Canal in ancient times.

The town of Dur Kurigalzu was founded by the Kassite King Kurigalzu II in the late 15th or early 14th century BC. The city functioned as the capital of Babylonia during the reign of Kurigalzu, and either as the capital or at least an important city during the period after. It was occupied continuously until the fall of the Kassite Dynasty in the 12th century BC, when it was abandoned. Up until recently (mostly between the 9th and 14th centuries AD), there have been smaller occupations at parts of Aqar Quf, with areas of the site being used for burials and for Arab settlement.

The occupied area in Kassite times was defined by a large wall that enclosed about 225 ha (556 acres). The shape of the city is elongated and features several mounds, perhaps reflecting a functional separation of the parts of the site. The hill of Aqar Quf is dominated by the most visible monument at the site, a Ziggurat devoted to the main god of the Babylonian pantheon, Enlil. Because of the uniformity of architectural features, the Ziggurat and surrounding temple complexes appear to have been founded by the Kassite king, Kurigalzu. The ziggurat (69 x 67.6 m) was approached by three main staircases leading up to the first terrace, which has been reconstructed by Iraqi Directorate-General of Antiquities. The surrounding temple-complex has only been excavated on the south-west side of the ziggurat. The palace area of Tell al-Abyad consists of several stratigraphic architectural layers, which suggests several phases of building in this area over the entire stretch of the Kassite period, and therefore has great potential to yield an invaluable sequence of pottery and other material for the period. Associated tablets confirm that the structure was occupied throughout the Kassite period. The palace has innovative architectural features, being constructed in modules of three rooms around large courts. In addition, excavators also discovered a treasury on the east of the palace and a probably throne room or royal reception/ceremonial chamber.

The Ziggurat of Dur-Kurigalzu was built in the 14th century BC (short chronology) by the Kassite king Kurigalzu. It was excavated during 1943-1945 by the Iraqi archeological service. The excavations included the ziggurat, three temples and part of the palace of Dur Kurigalzu II. The excavated foundations were "restored" to the first level under Saddam Hussein during the 1970s.

The ziggurat of Aqar Quf is a good example of the traditional ziggurat construction. The core of the ziggurat consists of sun dried square bricks. Reed mats are located between each 5 layers of bricks, mainly for drainage purposes. The outer layers of the ziggurat are made from fired bricks. An inscription on one of the fired bricks states that it was laid during the reign of King Dur Kurigalzu II. Today both types of brick, sun dried and fired, are still made in Iraq in the same fashion and used in farm houses.

The ziggurat at Aqar Quf has been a very visible ancient monument for centuries. For camel caravans and modern road traffic, the ziggurat has served as a signal of the near approach to Baghdad. The site has been one of the favorite places where Baghdadi families have gone to picnic on Fridays, even before it was excavated. A small museum, built in the 1960s, has served to introduce visitors to the site. The structure needs renovation, however.

Because of Aqar Quf's easy accessibility and close proximity to the city of Baghdad, it has been one of Iraq's most visited and best known sites. Its ziggurat has been an outstanding monument for centuries, often confused with the Tower of Babel by western visitors in the area from the 17th century onwards.

The site of Dur Kurigalzu was identified by Henry Creswicke Rawlinson in the mid 19th century. Excavations were conducted from 1942 through 1945, Taha Baqir and Seton Lloyd in a joint excavation by the Iraqi Directorate-General of Antiquities and the British School of Archaeology in Iraq. The Iraqi Directorate-General of Antiquities has continued to do some excavation around the ziggurat as part of a restoration project that had reconstructed the lowest stage of the structure. The three excavated areas are the mound of Aqar Quf (including the ziggurat and large temple), a public building (approximately 100 m to the west), and Tell al-Abyad where a large palace was partially uncovered (about 1 km to the south-west).

The erosion of the ziggurat exposed details of construction that are not readily available in any other temple tower. Thus, it has been a valuable primer for architectural historians. Nowhere else are the layers of reed mats and reed bundles that hold the structure together and offset differential settling as visible as they are here. Many of the currently known major works of art from the Kassite period were found within the palace (located at Tell al-Abyad) at Aqar Quf.

The area of Aqar Quf has potential for future excavations since only small areas within the enclosure wall have been excavated. Especially important is the possibility of a stratigraphic column through all of Kassite times. Although the enclosure wall is currently being encroached upon, it provides a natural boundary that should be defined as a protected area in the future.

Aqar Quf is currently suffering environmental damage and urban encroachment. Natural factors like rain and standing groundwater have contributed to the erosion of the ziggurat and damage to the ruins, especially along the south-west side. As a result of this damage, the ziggurat is in danger of further deterioration as well as collapse if preventative measures are not taken. The suburbs and industrial areas of Baghdad also continue developing near to the site. Currently there is encroachment of modern construction along some stretches of the enclosure wall. There is also agricultural encroachment along the enclosure wall, especially on the south-west side. Army maneuvers, involving trenches, did some damage to the site in the 1980s.

Although the ziggurat itself has been undamaged by the Iraq War, the site was abandoned and looted after the fall of Saddam Hussein. Little is left of the modern administration building, museum, event stage and restaurant that once served the picnikers and students who visited the sight before the war. Some museum pieces were moved to safety in Baghdad but most were lost to looters. Local government officials and the U.S. Military charged with security in the area have been working to create a renovation plan. Since mid-2008, local officials have drafted plans to rebuild the historic site, but support from the Iraq Ministry of History and Ruins has not materialized.

Tips & Hints
Arrange By:
Popular first New first
There are no tips nor hints for Dur-Kurigalzu yet. Maybe be you will be the first one to post useful information for fellow travellers? :)
1.0/10
Justin Kerns has been here
I've been here
Add to wishlist

Lullingstone Roman Villa is a villa built during the Roman occupation 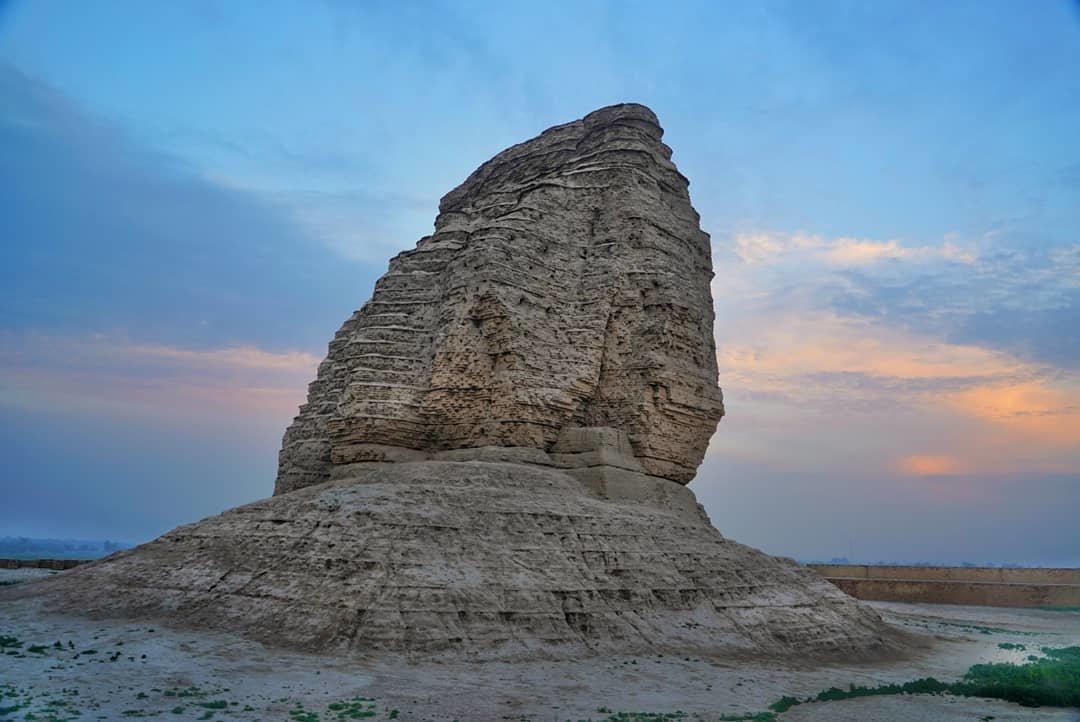 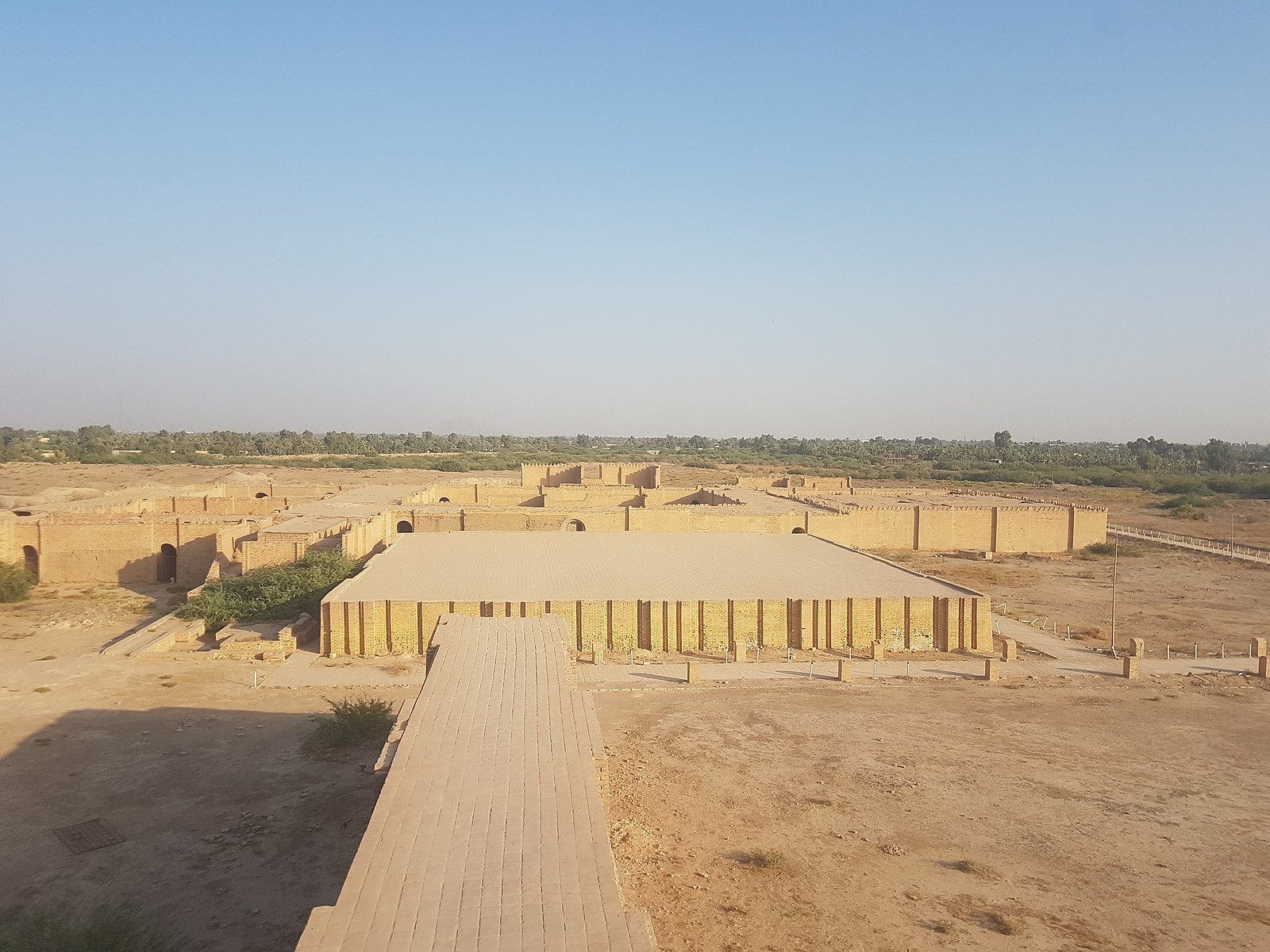 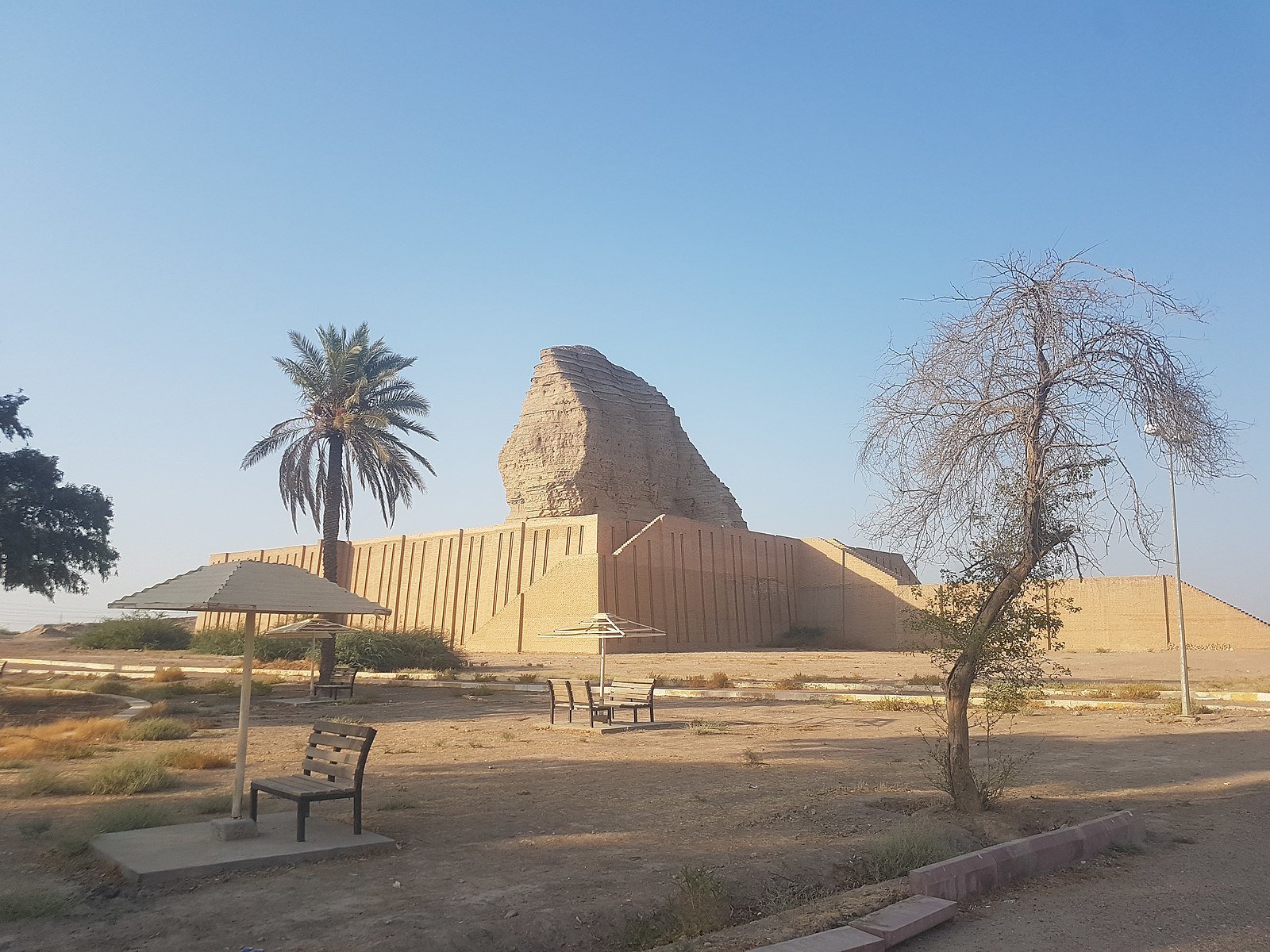 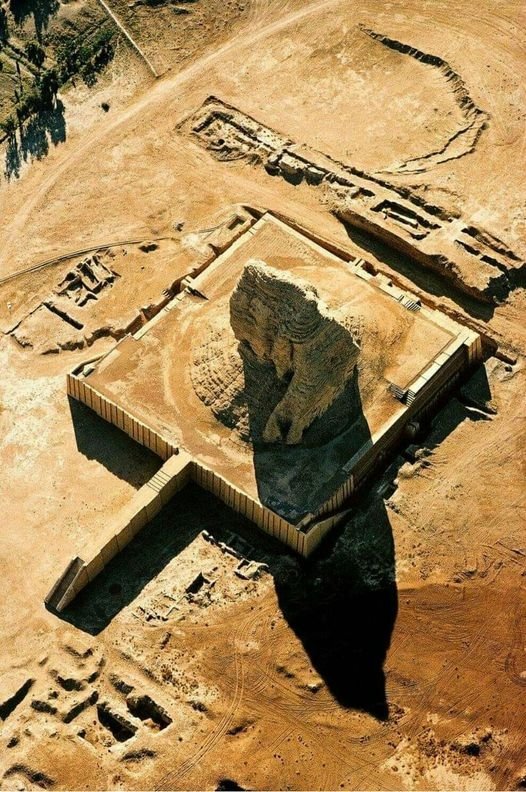 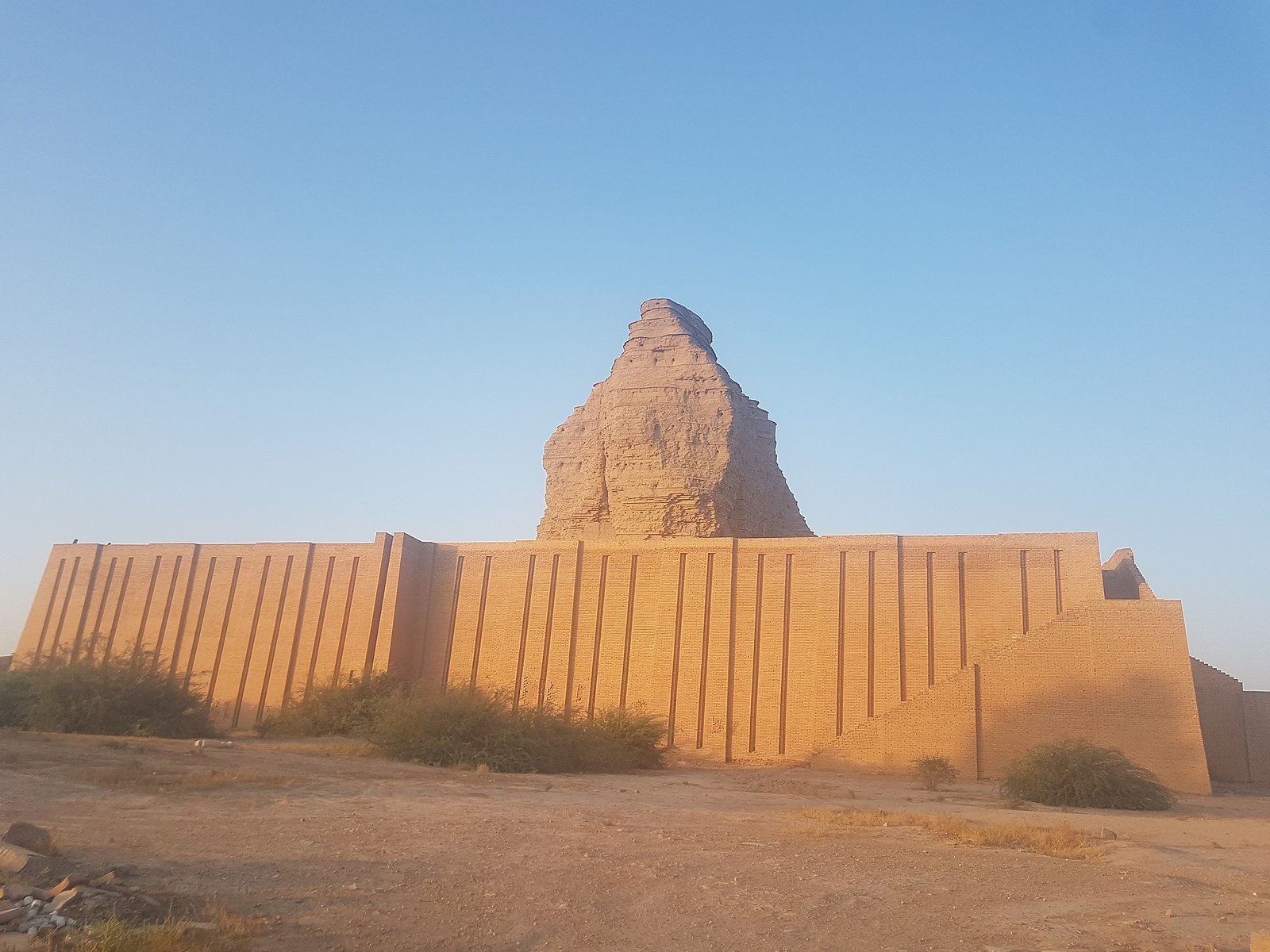 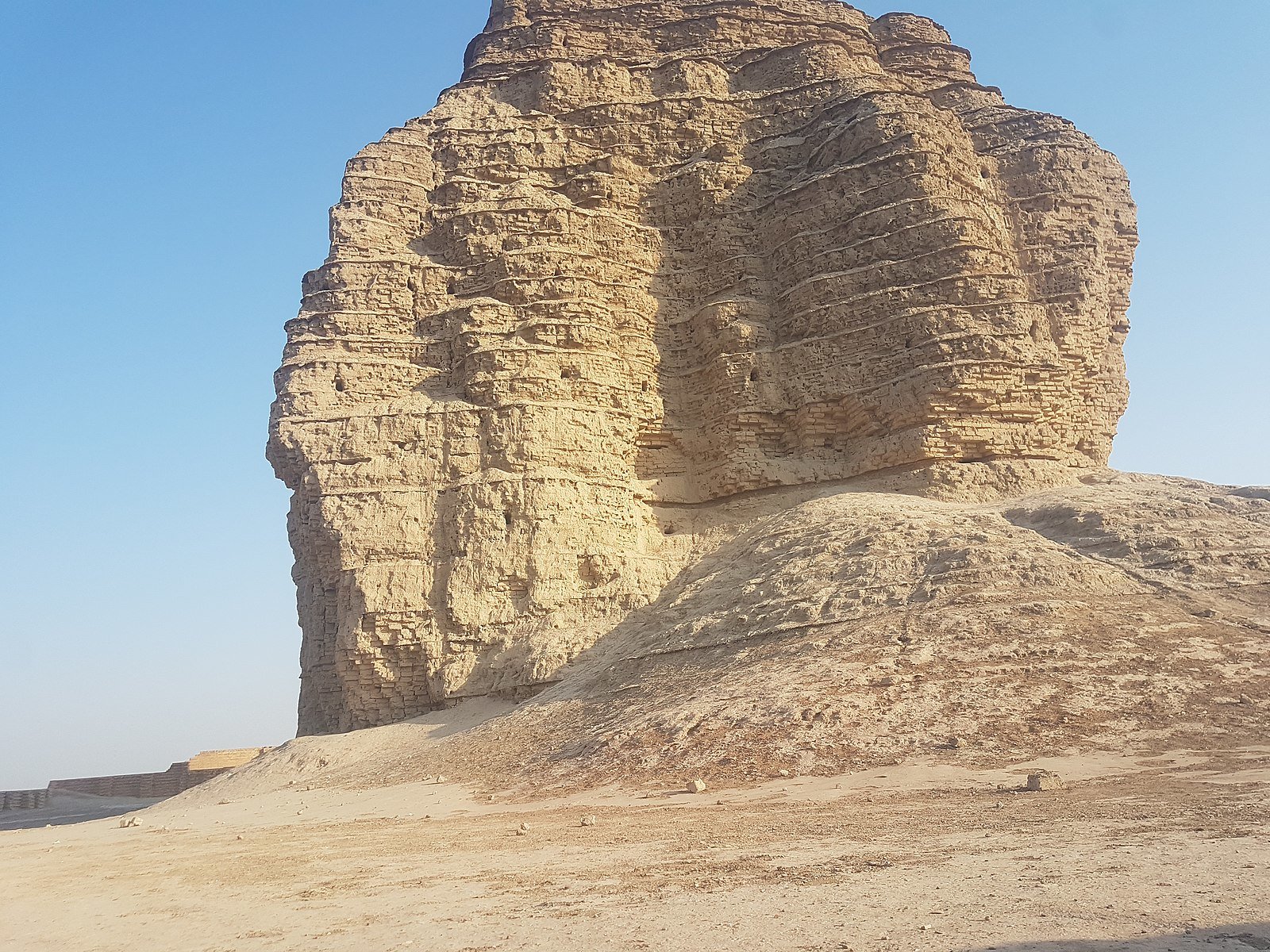 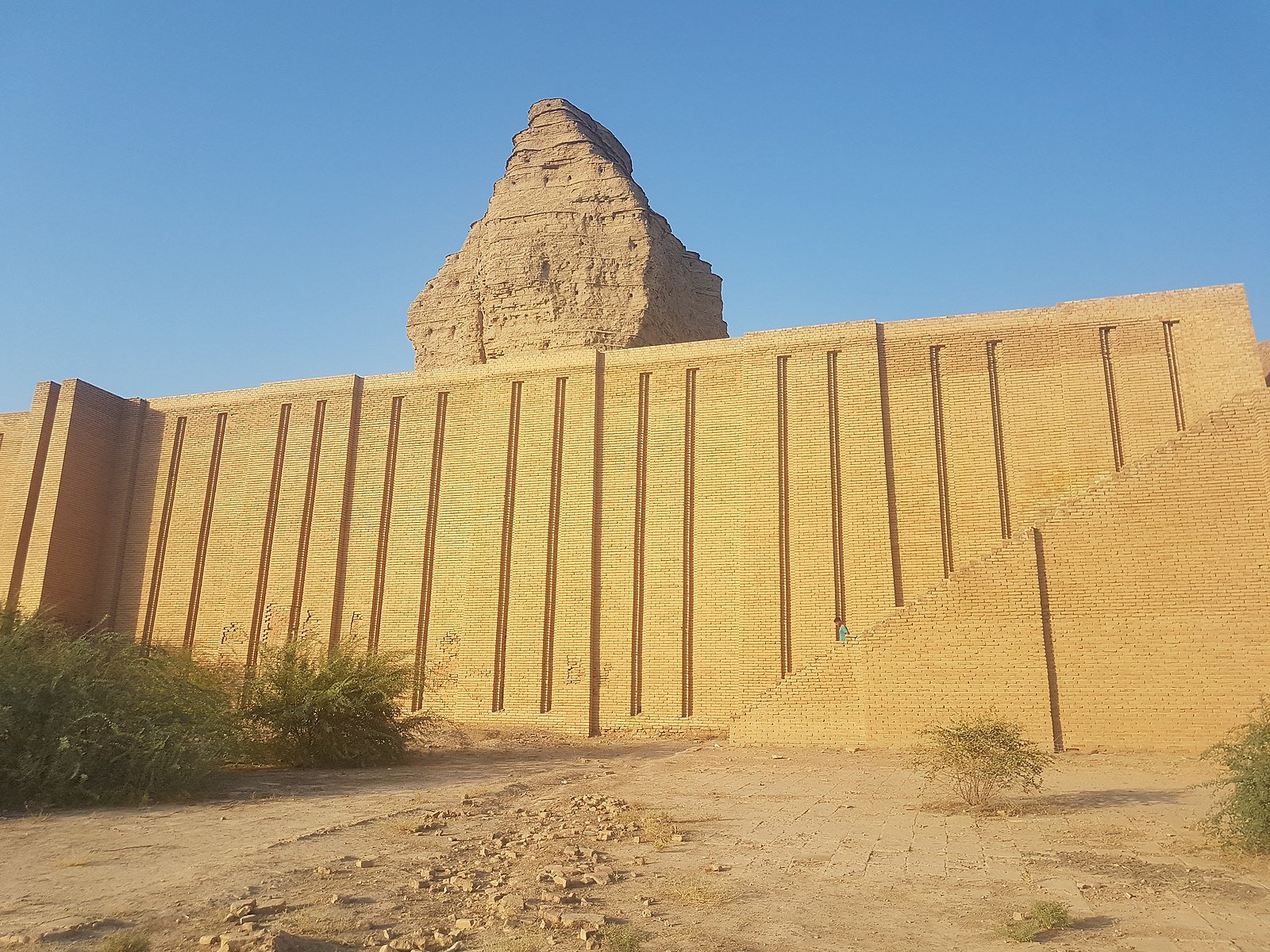 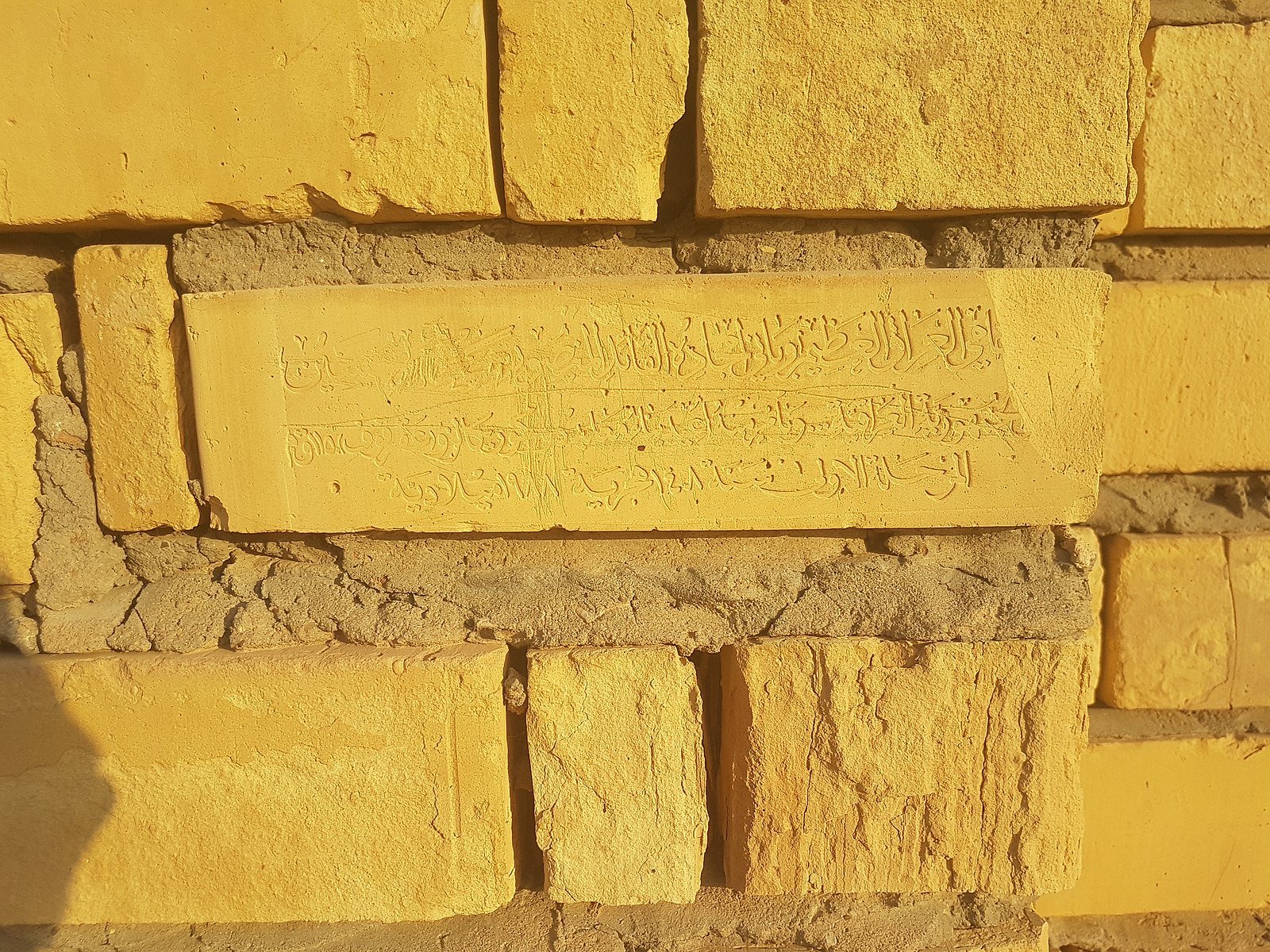 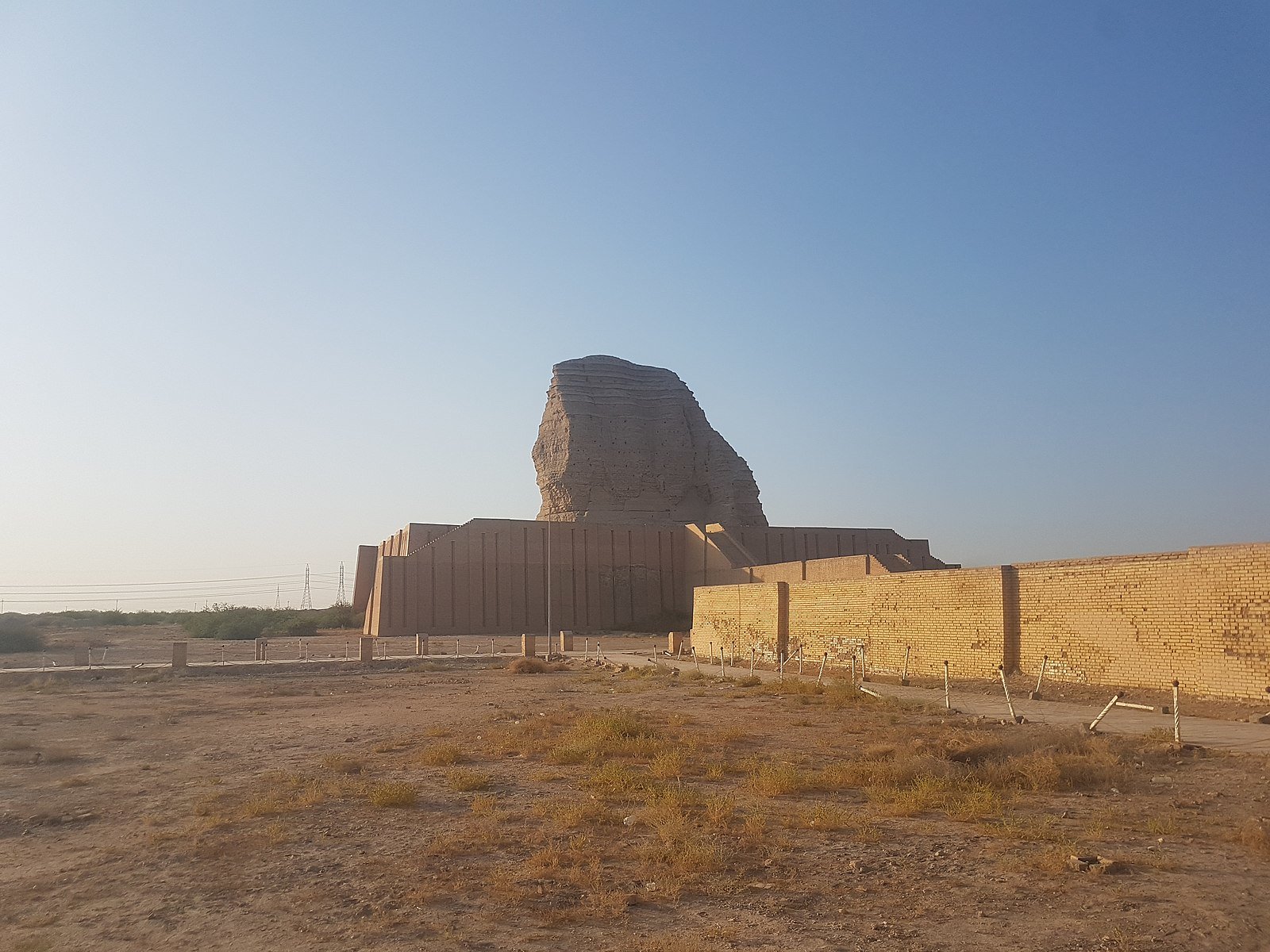 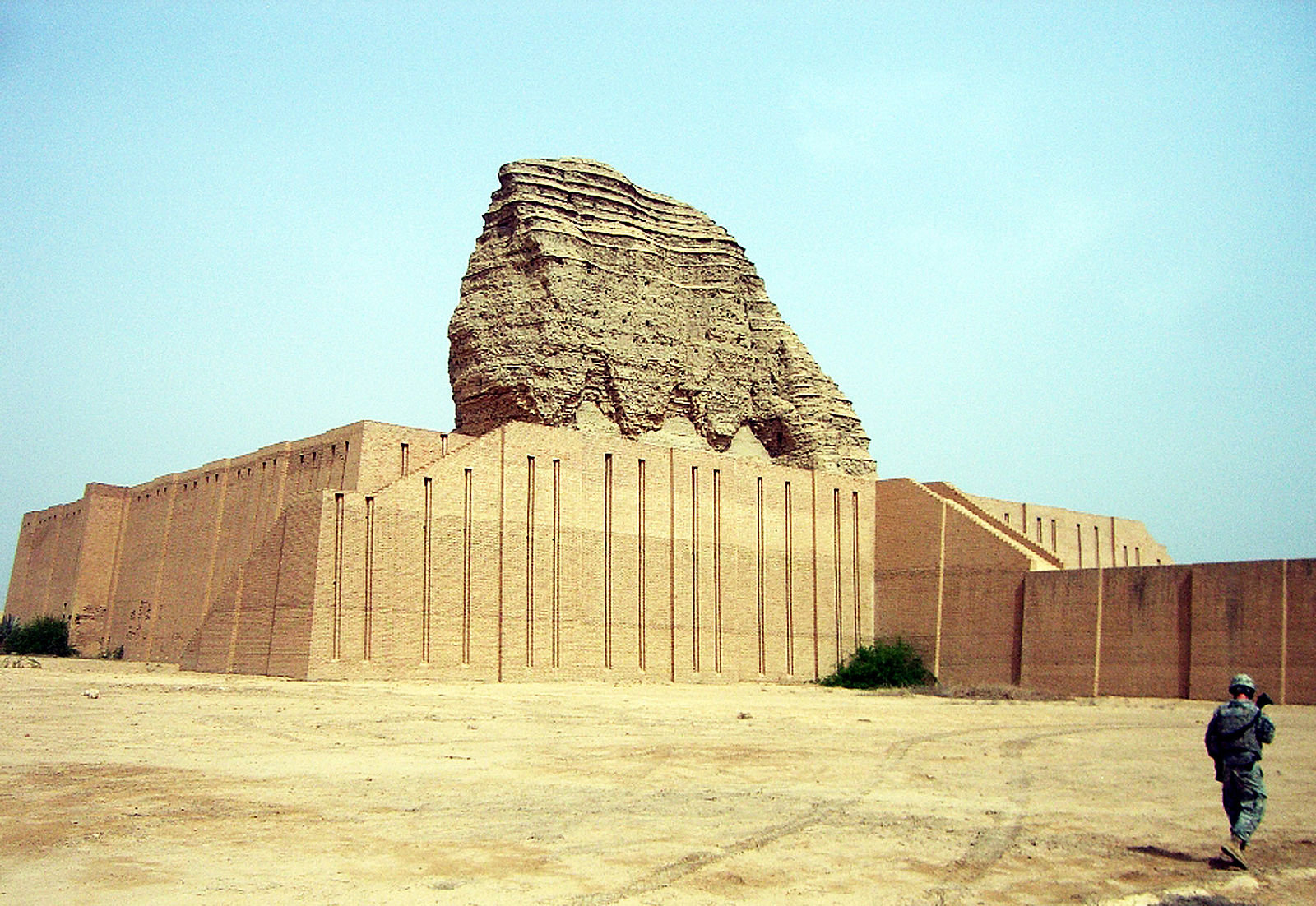 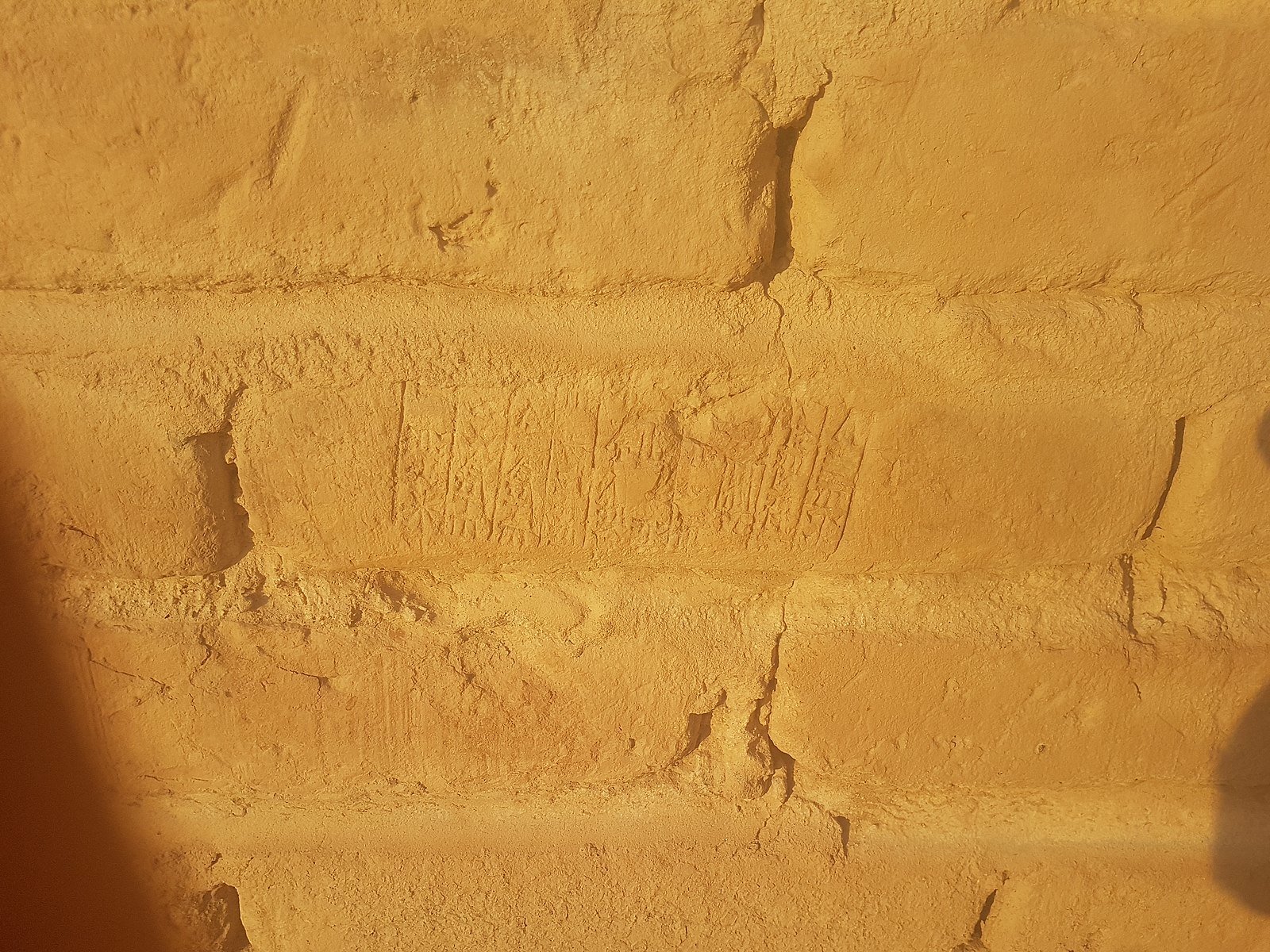 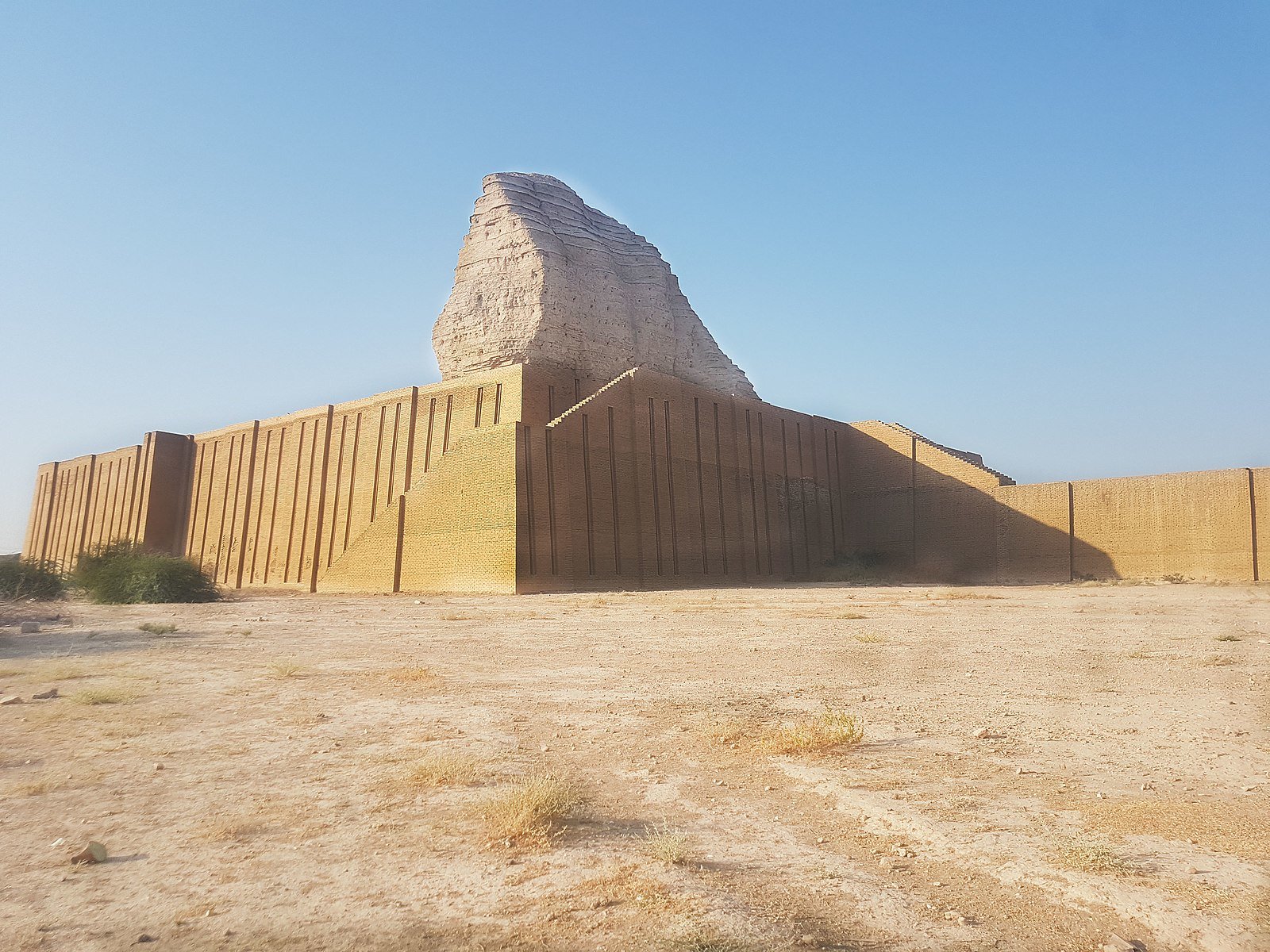 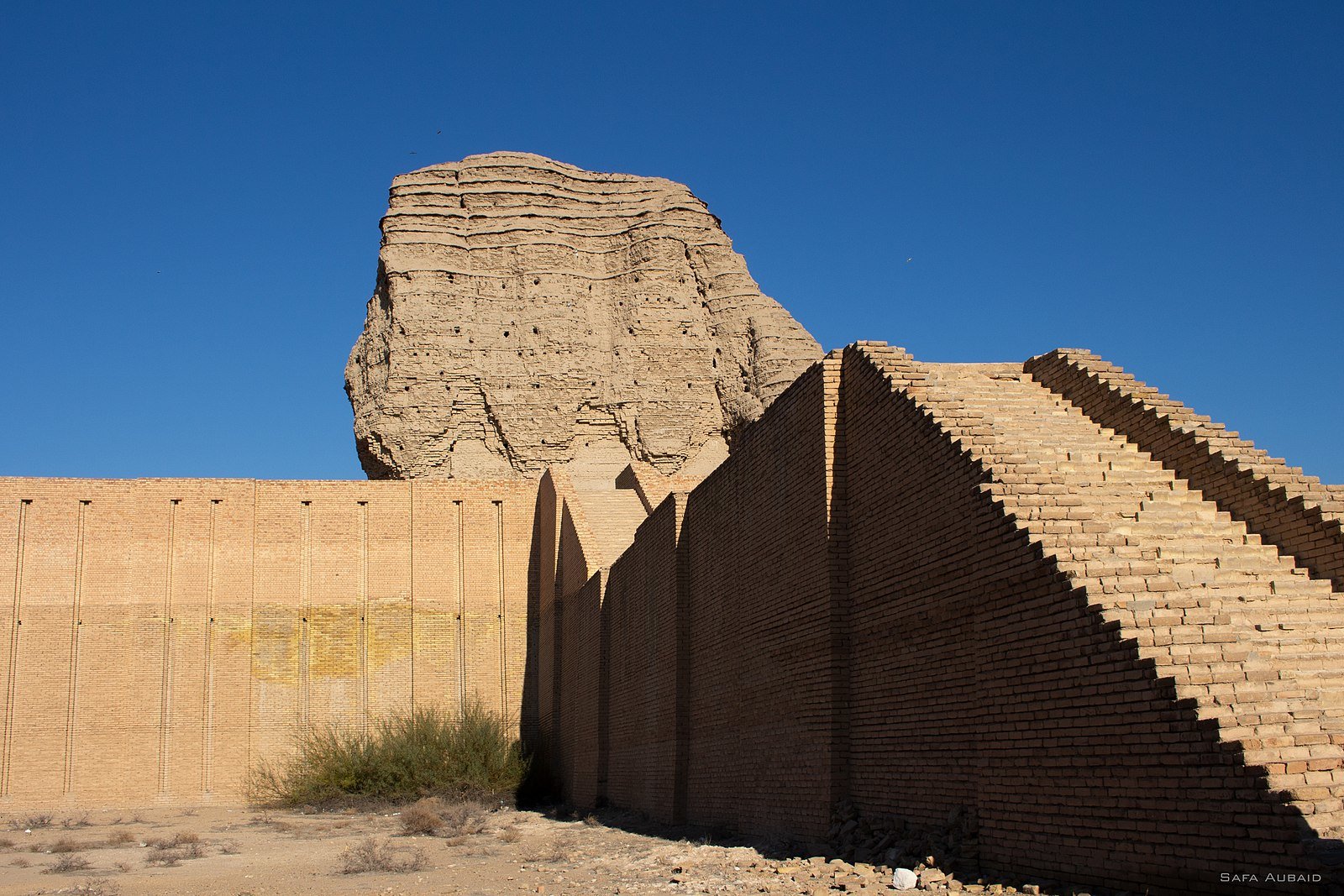 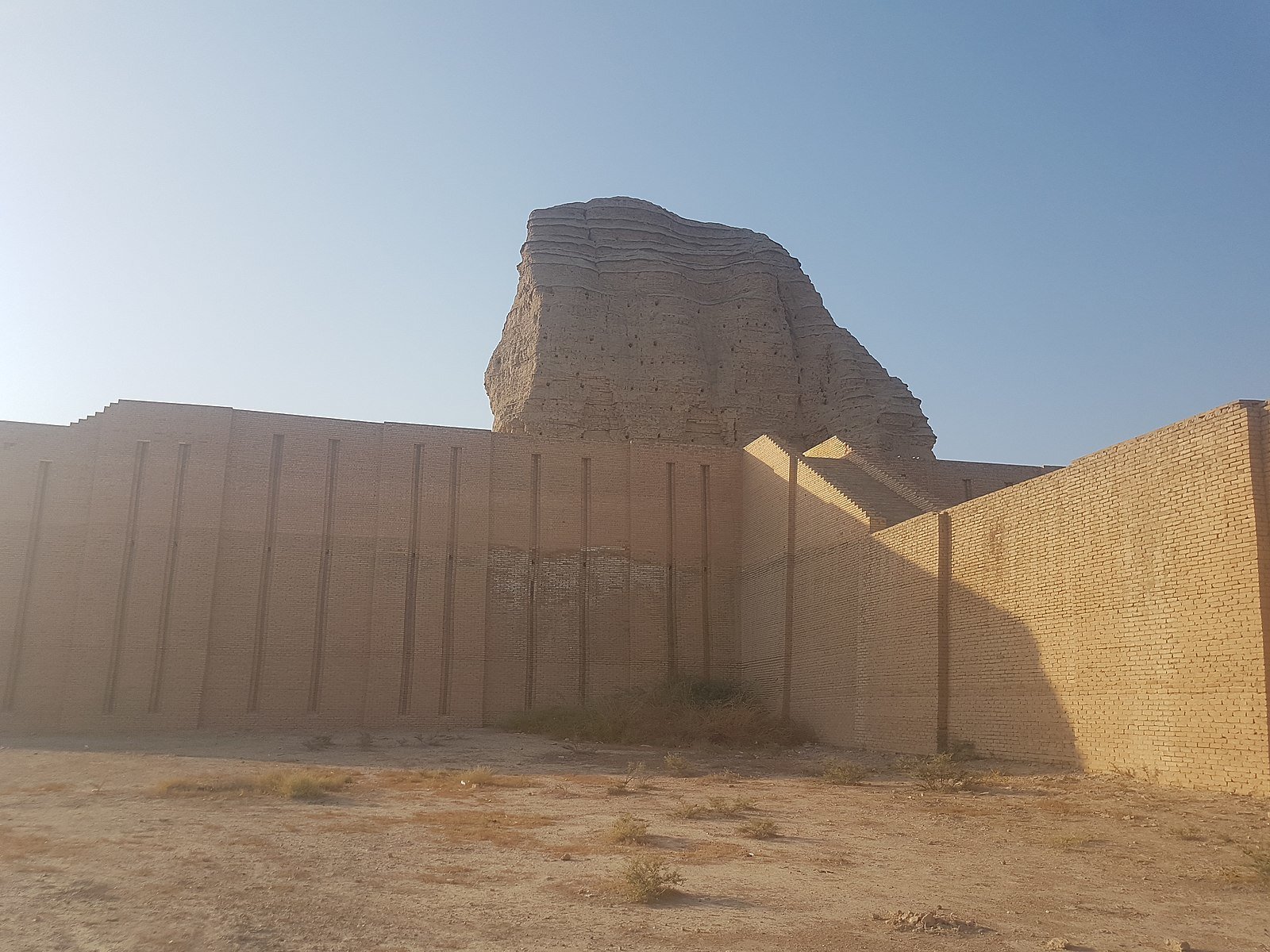