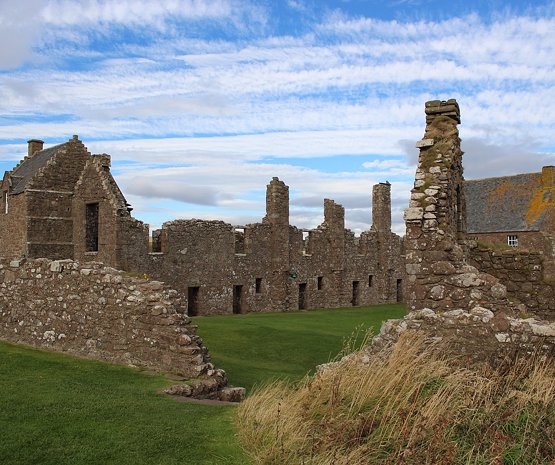 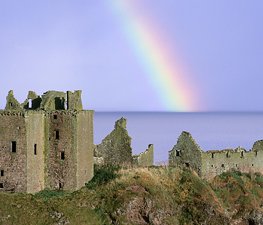 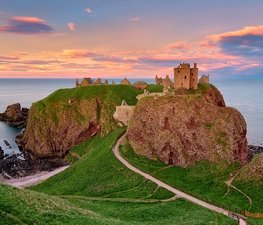 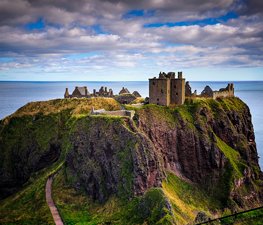 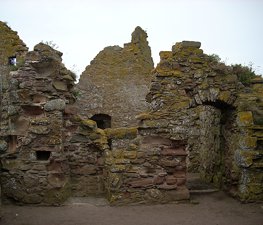 Dunnottar Castle is a ruined medieval fortress located upon a precipitous rocky headland on the north-east coast of Scotland, about two miles (3 km) south of Stonehaven. Its surviving buildings are largely of the 15th-16th centuries, but an important fortress certainly existed on this site from Dark Age times. Dunnottar played an important role in the history of Scotland from the Middle Ages through to the Enlightenment, due to its strategic location overlooking the shipping lanes to northern Scotland and also being situated on a fairly narrow coastal terrace that controlled land movements, particularly the land access to the ancient Causey Mounth, the only medieval route from the coastal south via Portlethen Moss to Aberdeen. The site, now owned by private interests but open to the public, is visited by hundreds of thousands of tourists annually.

The ruins of the castle are spread over a Шаблон:Convert area virtually surrounded by sheer cliffs which drop to the North Sea 50 metres below. This L plan castle is accessed via a narrow strip of land joining the mainland and a steep path leading up to the massive gatehouse. The cliffs and headland formations which extend miles to the north and south are home to tens of thousands of pelagic birds, making this stretch of Scottish coast a notable bird sanctuary of northern Europe from the standpoint of total bird populations and diversity of species. Portions of the 1990 film Hamlet starring Mel Gibson and Glenn Close were shot there. An episode of The US Television show The Amazing Race featured Dunnottar Castle.

The Dunnottar site comprises eleven distinct buildings ranging from 13th to 17th century construction. There are two theoretical accesses to Dunnottar Castle. The first was via the well defended main gate set in a cleft in the rock where attackers could be assaulted by defenders from all directions. At this location is the imposing gatehouse with apparent medieval defensive devices lurking for attackers treading up the cobblestone entrance road. The second access is through a rocky cove, the aperture to a marine cave on the north side of the Dunnottar cliffs. From here a steep path leads to the cliff atop which is the well fortified postern gate. The most dominant building viewed from the land approach is the 14th century keep or tower house, somewhat distressed from Cromwell's cannon bombardment. Other principal buildings are the 17th century chapel and an extensive quadrangle structure on the east side, below which is the infamous "Whigs Vault", a barrel vault design, the setting of an 18th century mass imprisonment.

The Annals of Ulster record a siege of Dún Fother in 681, the earliest (probable) written reference to the site. Dunnottar is also a mentioned site for a battle between King Donald II and the Danish Vikings in 900 AD, and a raid into Scotland via land and sea by King Aethelstan of Wessex in 934 included an attack on Dunnottar. William the Lion used Dunnottar as an administrative complex. King Domnall II was the first man to have been called rí Alban (i.e. King of Alba), when he died at Dunnottar in 900 AD. All his predecessors styled themselves as either King of the Picts or King of Fortriu. Such an apparent innovation in the Gaelic chronicles is construed by some to spell the birth of Scotland.

William Wallace is said to have led the Scots to victory over the English at Dunnottar in 1296. The outcome was completed by Wallace's imprisonment and incineration of the defeated English soldiers in the castle church. The brutality of this treatment may be understood in the context of then recent massacres committed by English troops against Scottish civilians in the Borders area.

By 1336 the resources of Edward III of England were stretched thinly in his battles with the Scots. The King ordered Rosslyn to sail eight ships to the still partially ruined Dunnottar for the purpose of rebuilding and fortifying to use as a forward resupply base for the northern campaign. Rosslyn took 160 soldiers, horses, as well as a corps of masons and carpenters. All this work of the English was undone later the same year when the Scottish Regent Sir Andrew Moray led a Scottish force that captured and once more destroyed the defences of Dunnottar. By the close of the 14th century Dunnottar was firmly under Scottish control. The castle was rebuilt and augmented over several generations by the Earls Marischal of Scotland, including the 5th Earl, George Keith (d. 1623), founder of Marischal College, Aberdeen (1593).

Early in the 16th century the Scots added a new block to the east of the keep. Mary Queen of Scots visited Dunnottar in the years 1562 and 1564. In 1575 a substantial stone gatehouse was constructed, which serves as the imposing present day visitor's entrance. James VI stayed during part of the year 1580. From 1580 to 1650 the Earl Marischals converted a medieval style fortress into an opulent castle, constructing ranges of edifices around a quadrangle on the northeast. These resulted in arguably the most luxurious living quarters in Scotland in that era. Between 1582 and 1584 a west wing to the fortress was erected. Also, during the 16th century, a new chapel was introduced. Then, early in the 17th century two other wings to the chapel were added.

In 1639 the owner of Dunnottar was the Seventh Earl Marischal, who that year joined the Covenanters, a movement opposing the established Episcopal Church and hence Charles I himself. James Graham, 1st Marquess of Montrose, earlier an ally of Marischal, tried to convert Marischal back to the Royalist cause; being unsuccessful in that exercise, Montrose turned on his former friend and attacked the fortress, laying waste by fire to expansive grain fields all about. Nonetheless, Marischal held the fortress, in spite of considerable structural devastation. At about this same time in history Covenanters, who had been opposing the Bishops of Aberdeen, held a conference in nearby Muchalls Castle. Events at Dunnotar and Muchalls Castles were to prove a pivotal turning point in the English Civil War, and to promote willingness of the monarchy to come to terms with the ideals of the Covenanters.

King Charles II was received warmly in a visit to Earl Marischal in 1650; however as the pendulum swung again, in 1651 the English General Overton began a siege of Dunnottar seeking the prize of Scotland's Regalia, the royal crown, sword and sceptre used in the coronation of Charles II at Scone Palace. The Dunnottar fortress was defended bravely by a small garrison of approximately 70 men. Ultimately the then governor Sir George Ogilvy of Barras surrendered to Overton's predecessor, General Morgan; however, the English were denied the Regalia, which was smuggled out during the siege. The successful smuggler has been identified as four different persons including Anne Lindsay, a relative of Ogilvy's wife.

In 1685, during the rebellion of Argyll and Monmouth, 125 men and 42 women were herded into the dungeon known as the "Whigs Vault" within the Dunnotar fortress. Many of them perished in this dank, crowded and squalid setting. The remainder were deported to the West Indies.

Both the Jacobites and Hanoverians used the Dunnottar Fortress as the pendulum of battle success swung. In 1689 during Viscount Dundee's campaign, fourteen suspected Jacobites from Aberdeen were held in the fortress for about a year, among whom was George Liddel, professor of mathematics. In 1715 the Dunnotar cannons were utilized by the Jacobites; following this uprising all the possessions of the Earl Mariscal were forfeit, and finally the fortress was dismantled three years later.

There are two access trails to Dunnottar. The first is an 800 metre partially steep footpath with several modern staircases connecting the castle to a car park along the coastal road (that connects to the A92). The other is a three kilometre hike which begins from a street behind Stonehaven Harbour and heads south along the cliff top to the castle. This path is mostly narrow and is sometimes steeply inclined, but offers expansive marine views.

The castle is open to the public on the following days (there is an admission charge):-

Another nearby local feature of interest for hikers is the cliff top path of Fowlsheugh Nature Preserve about four kilometres south. Fowlsheugh has been designated as a Site of Special Scientific Interest due to its prolific seabird breeding activity.

Afra
Start early and from the town's harbour up to the castle. The walk is long but it's worth it. Lovely views. Best to visit from spring to early autumn. Just make sure it's not windy or rainy

Alexey Chizhov
Free parking is near the road. There is also snack bar with drinks, sweets and chips (no sandwiches). Greatful yellow field in September - choose sunny day for yellow wheat blue sky with white clouds.

Rebecca Bailey
Make sure and walk the path through the gate on the right before the steps! The view is the best from the other cliff side!

Bianca Bueno
The way isn't the easiest, but the views and the history totally worth. If it's sunny don't think twice and go there (with good trekking shoes or snickers).

Hélène Decraene
Amazing place. The views you get here are stunning!

See all hotels See all
The Mill Inn Apartments

Add to wishlist
I've been here
Visited
Kirkton of Fetteresso

The Kirktown of Fetteresso is a well-preserved village near

The Chapel of St. Mary and St. Nathalan is a ruined chapel overlooking

Auld Bourtreebush is a prehistoric stone circle in Aberdeenshire,

Storybook Glen is a children's theme park in Aberdeen, Scotland. It is

Muchalls Castle stands overlooking the North Sea in the countryside of

Allardice Castle is a sixteenth century manor house in

Cadzow Castle is a castle, now in ruins, constructed between 1500 and 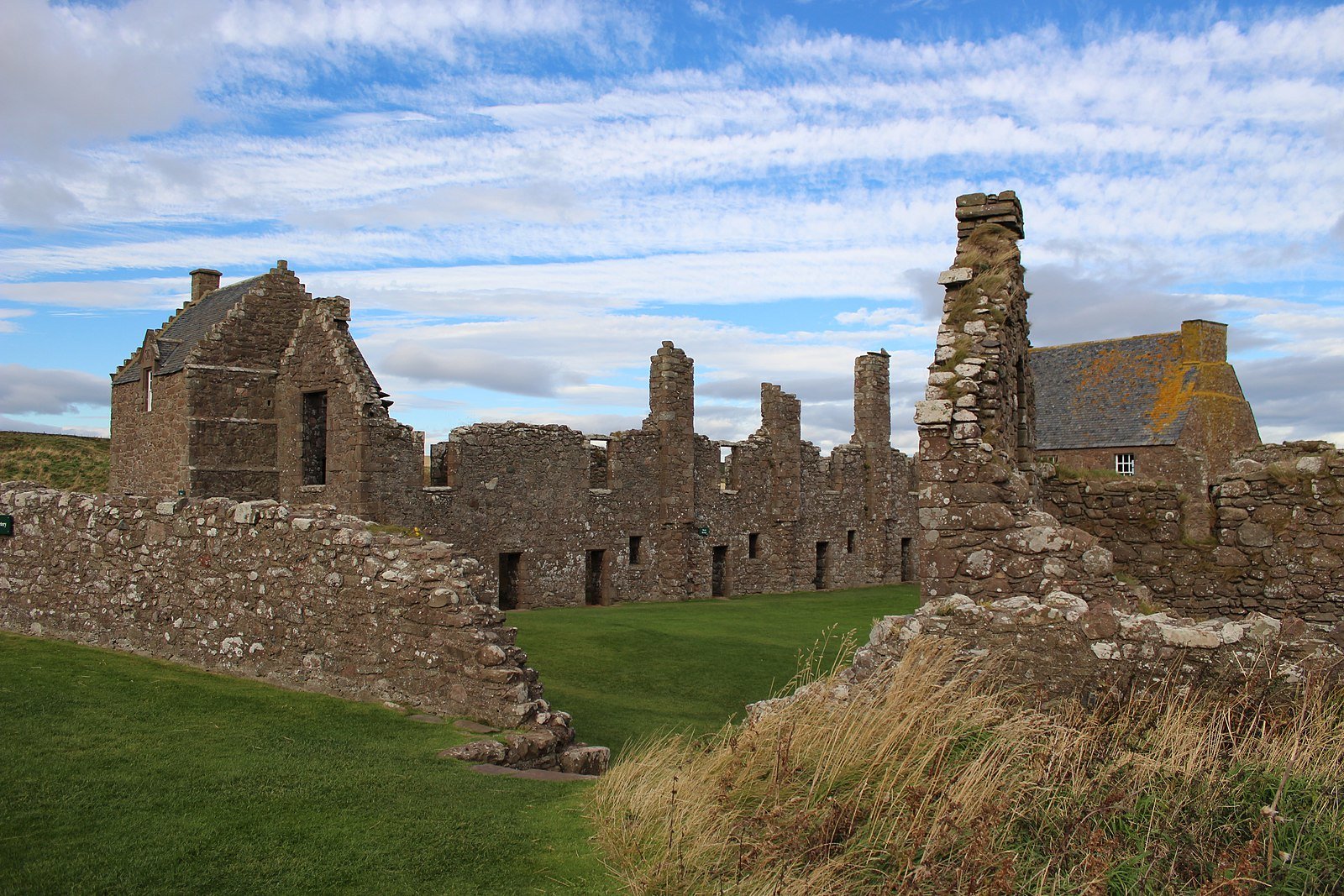 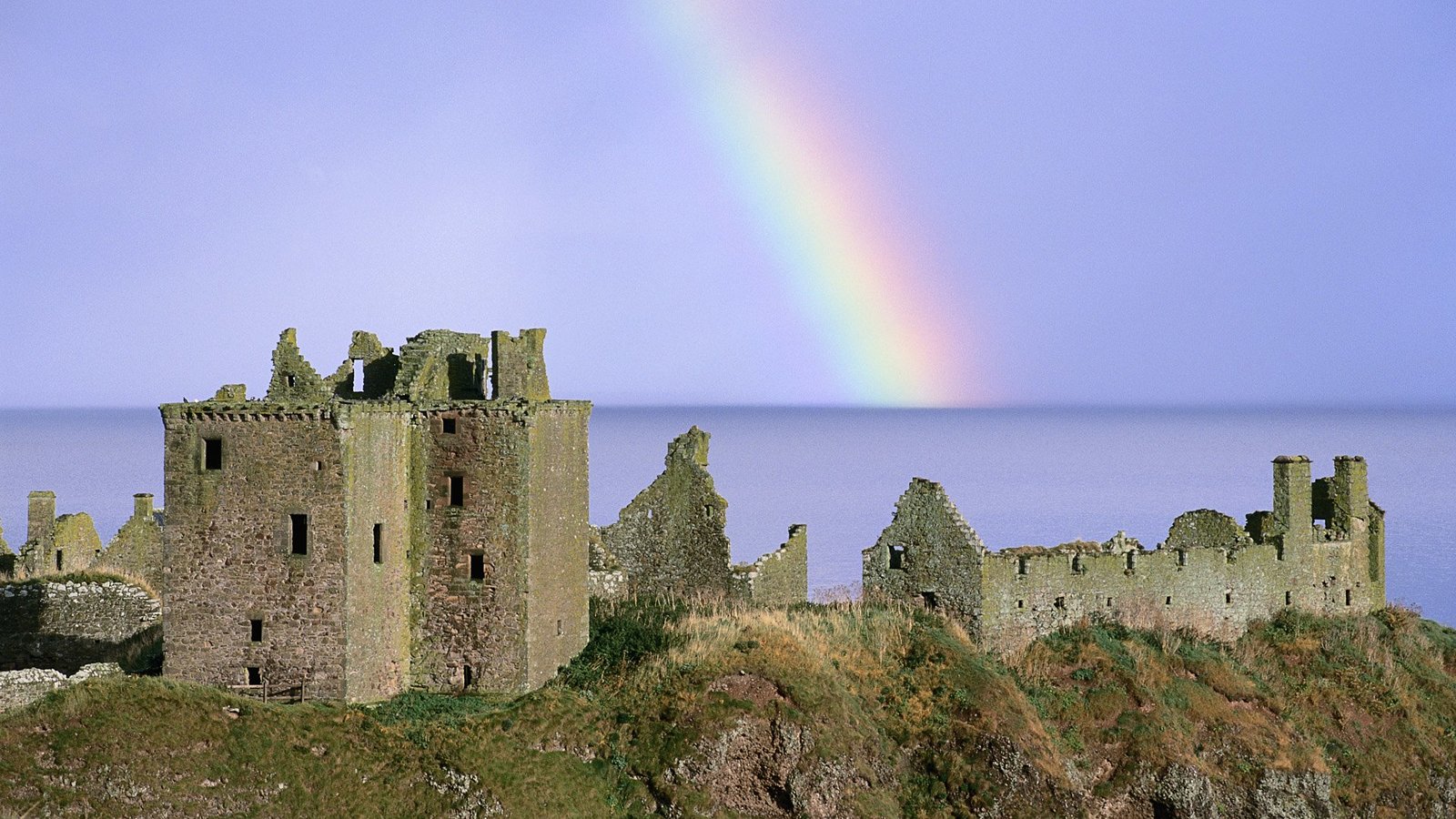 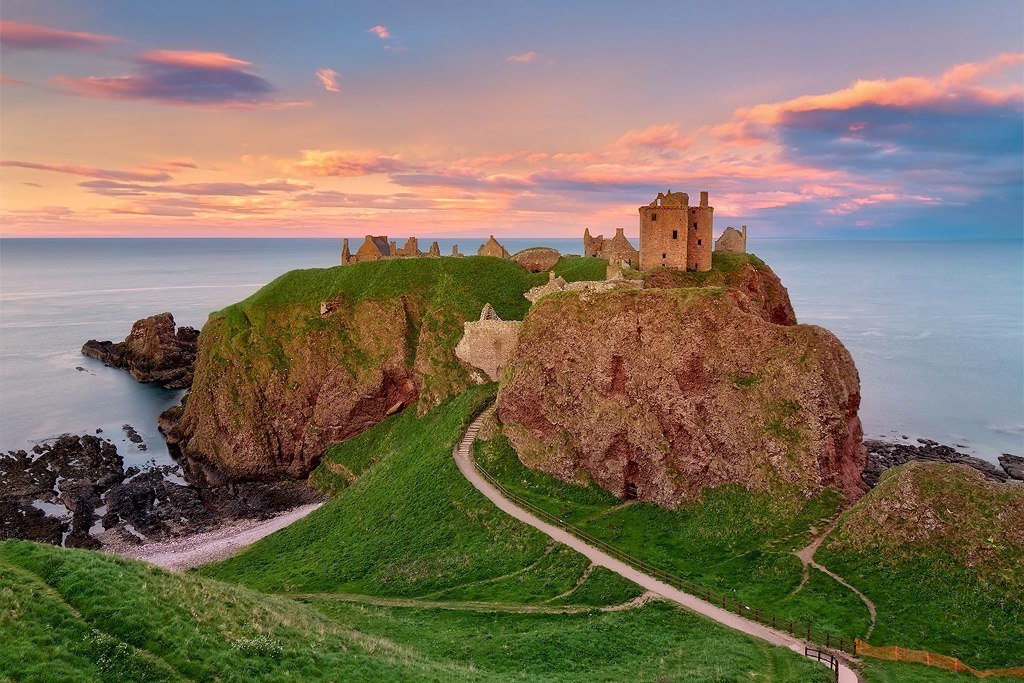 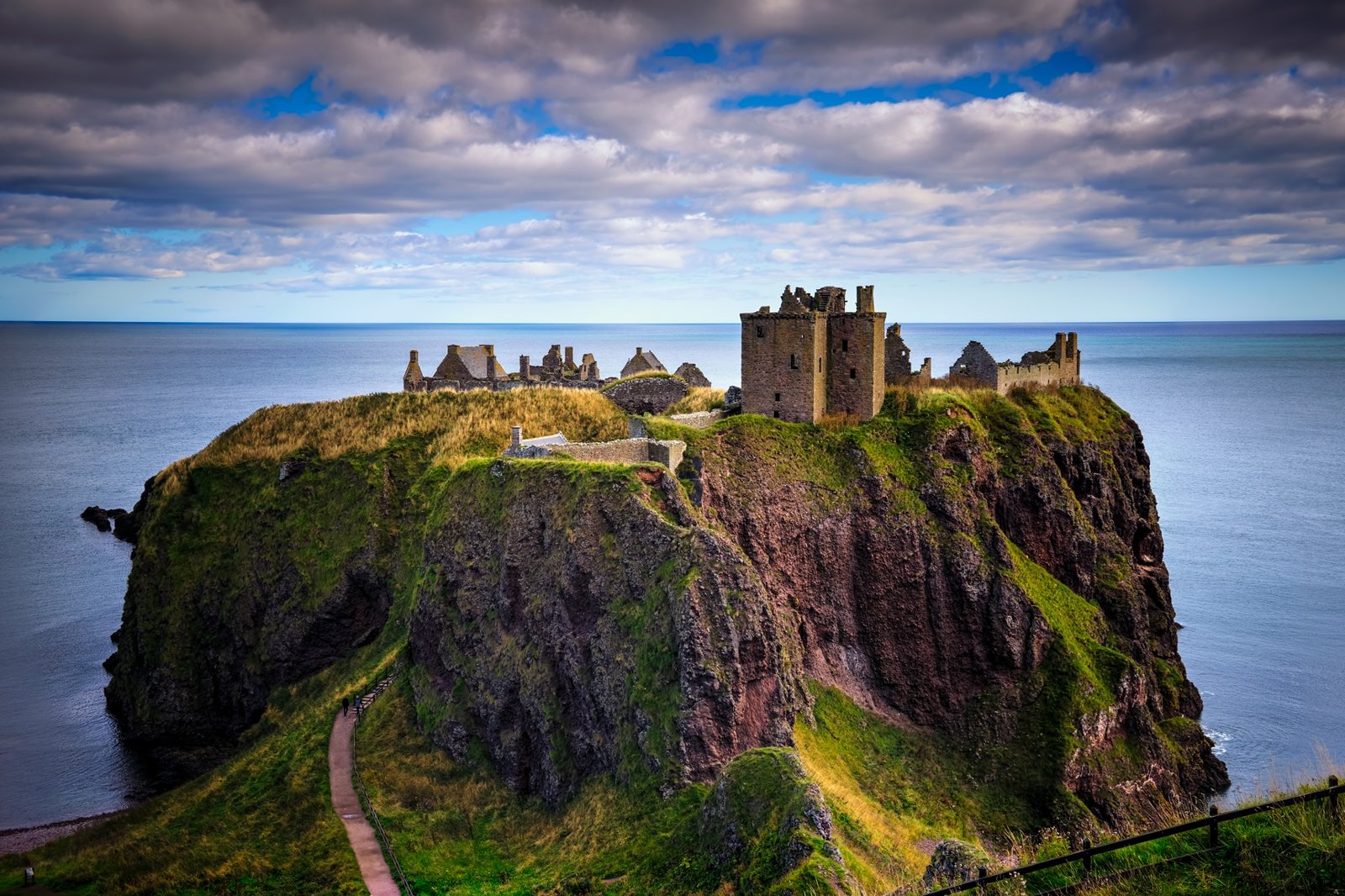 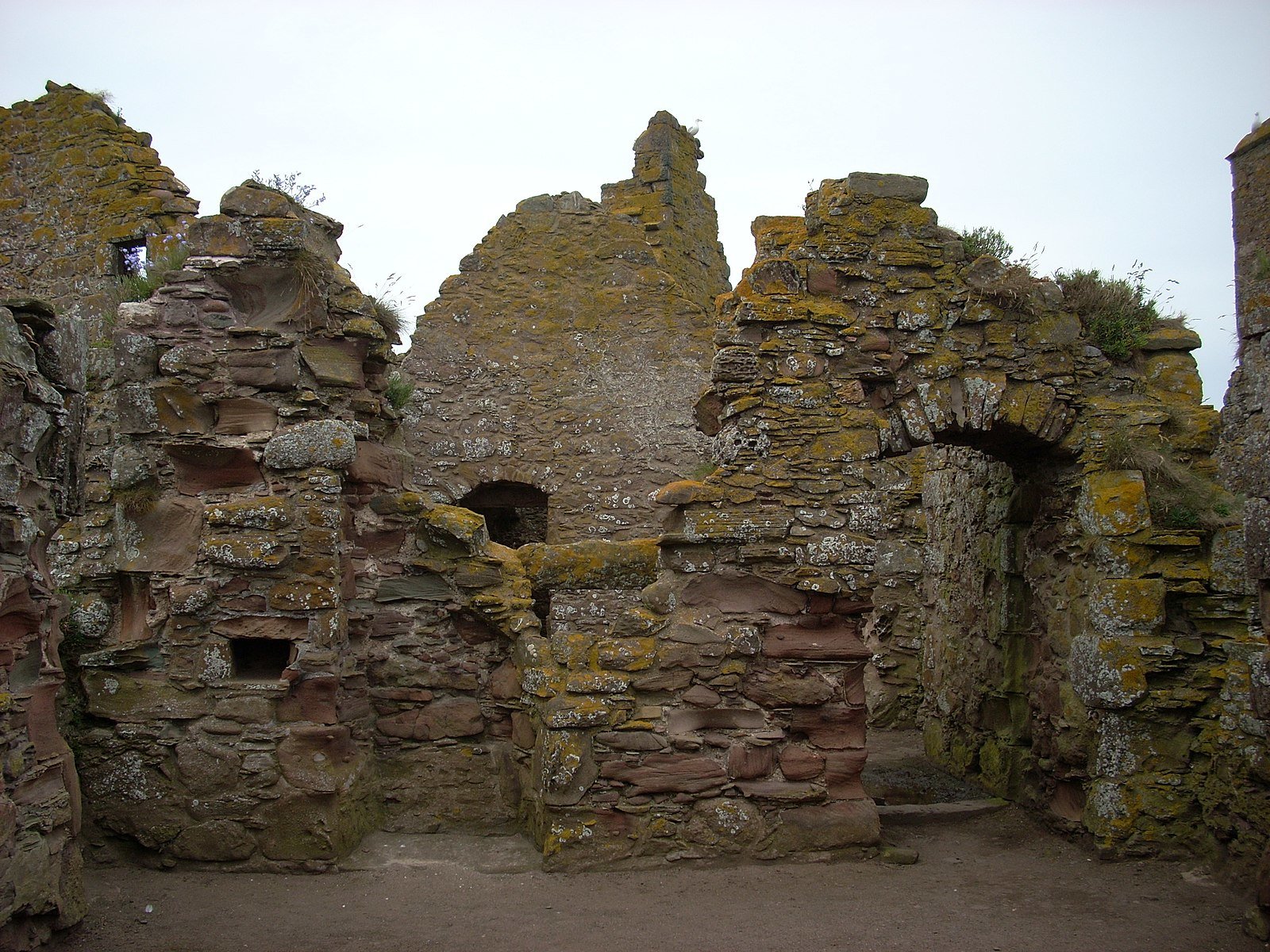 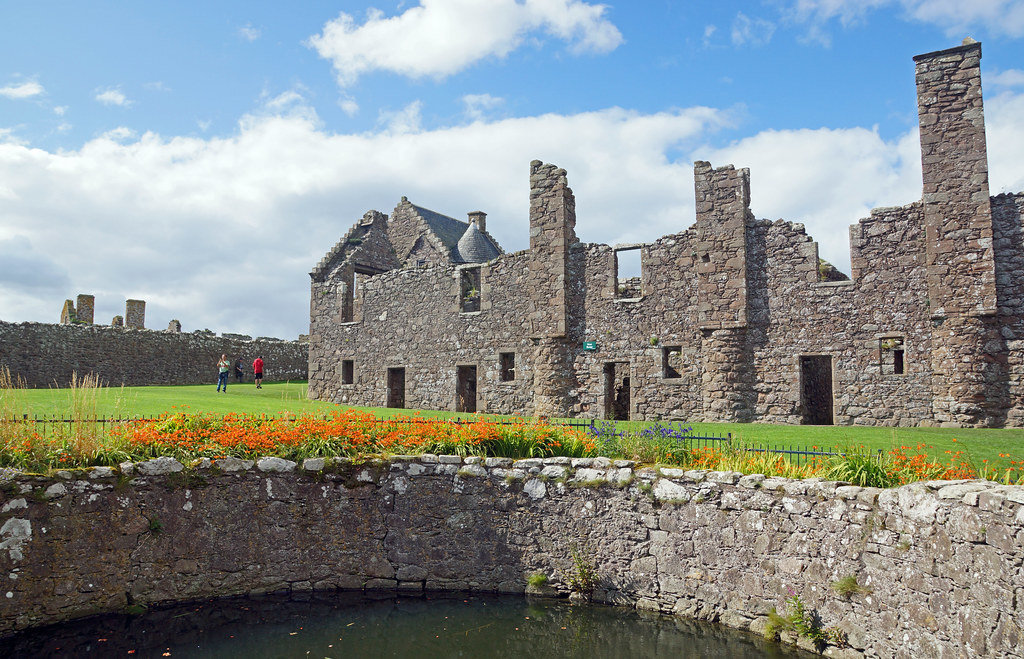 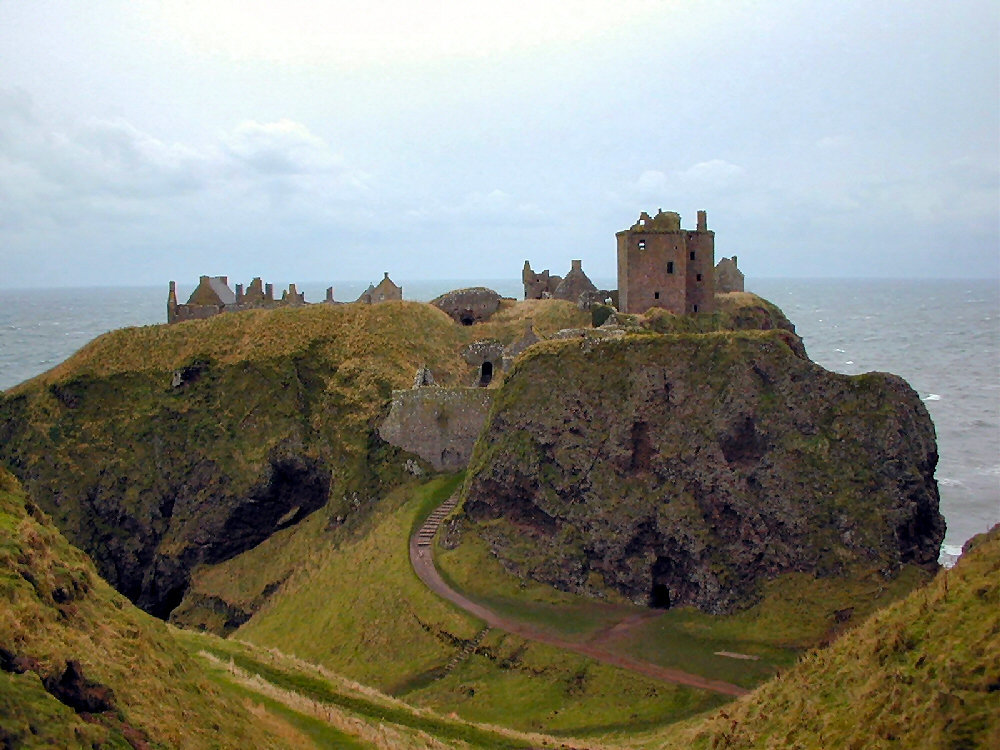 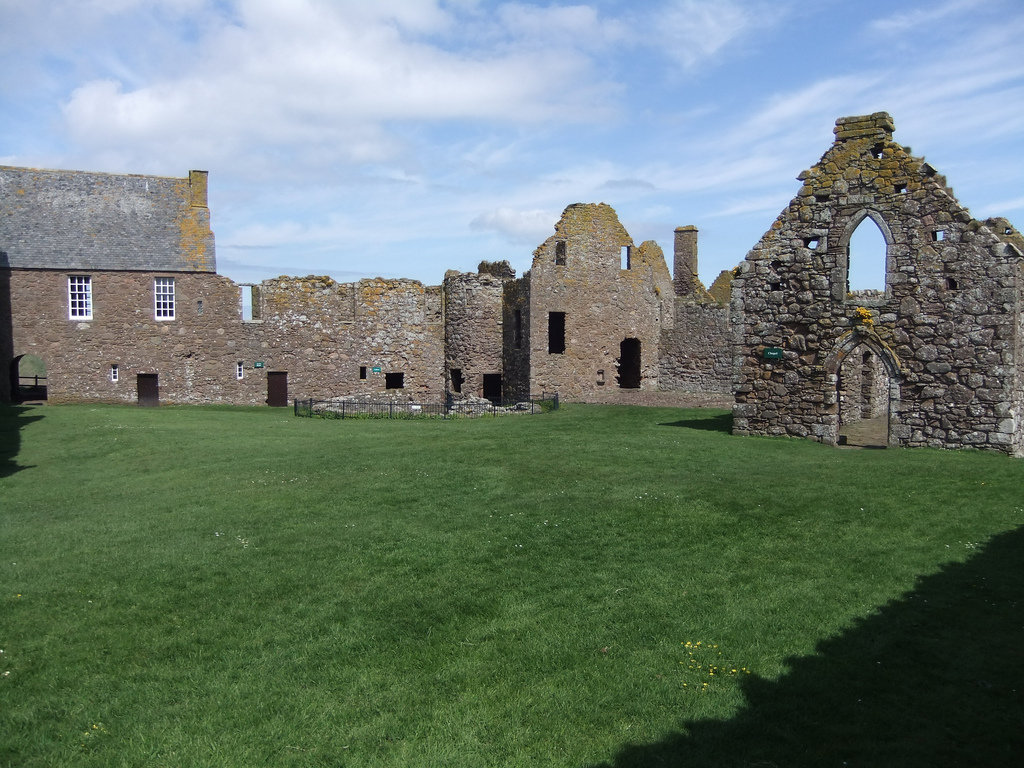 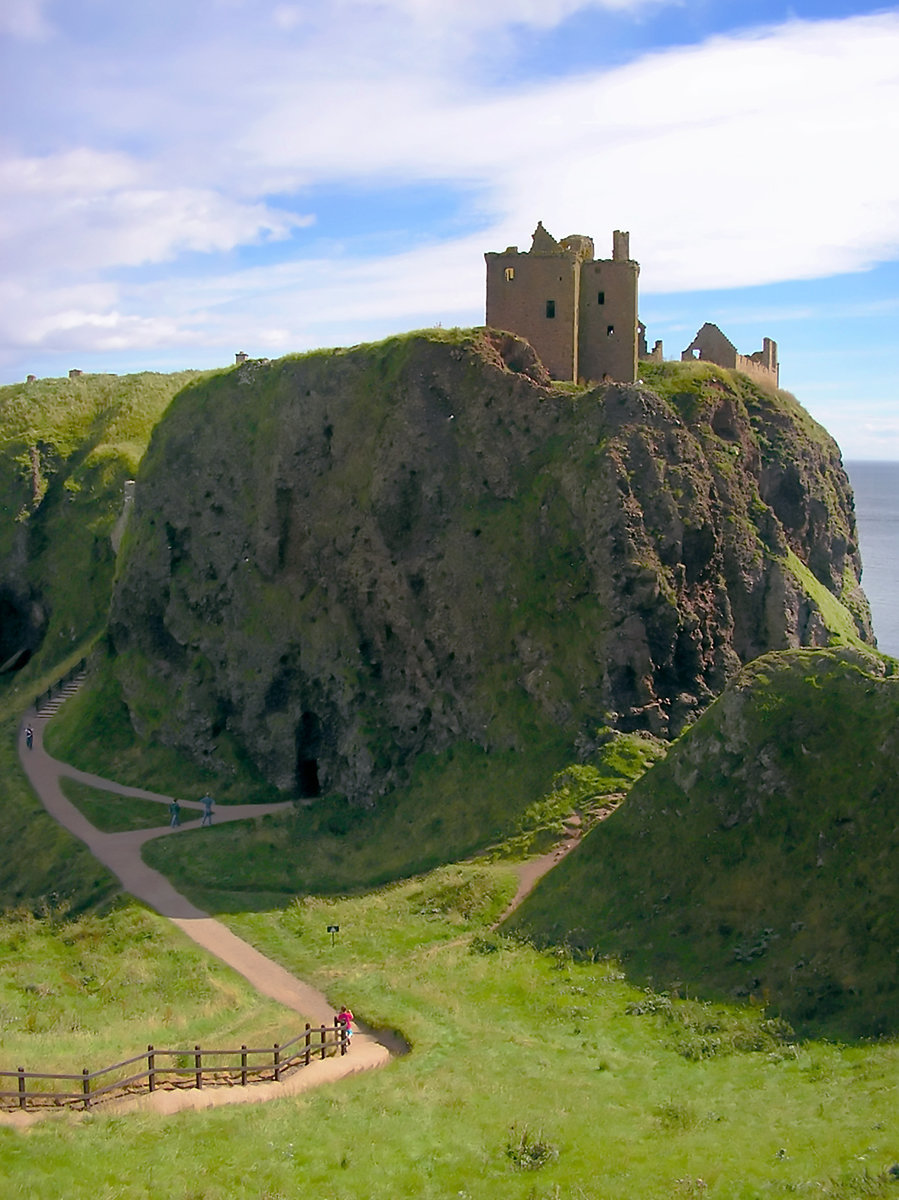 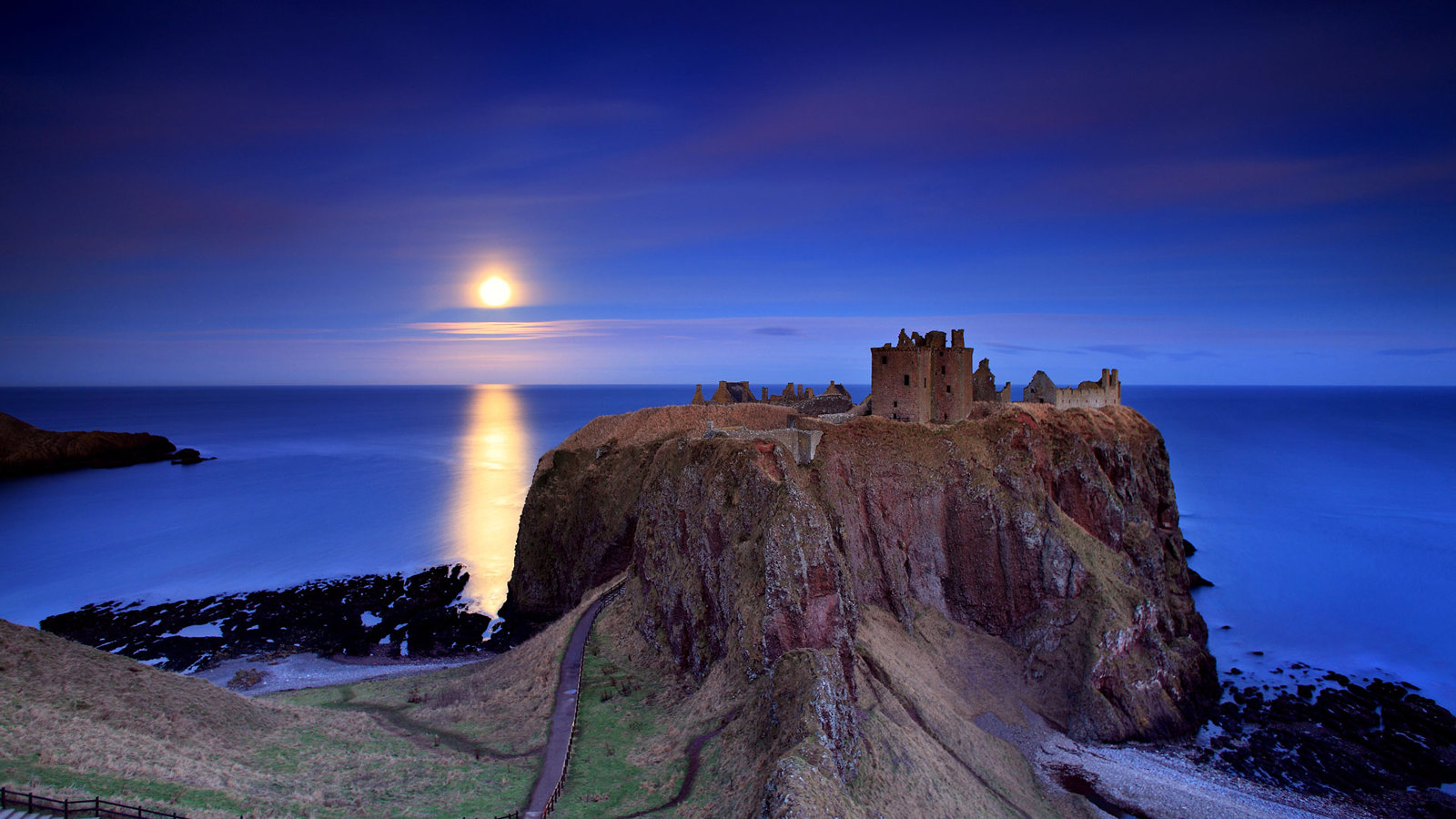 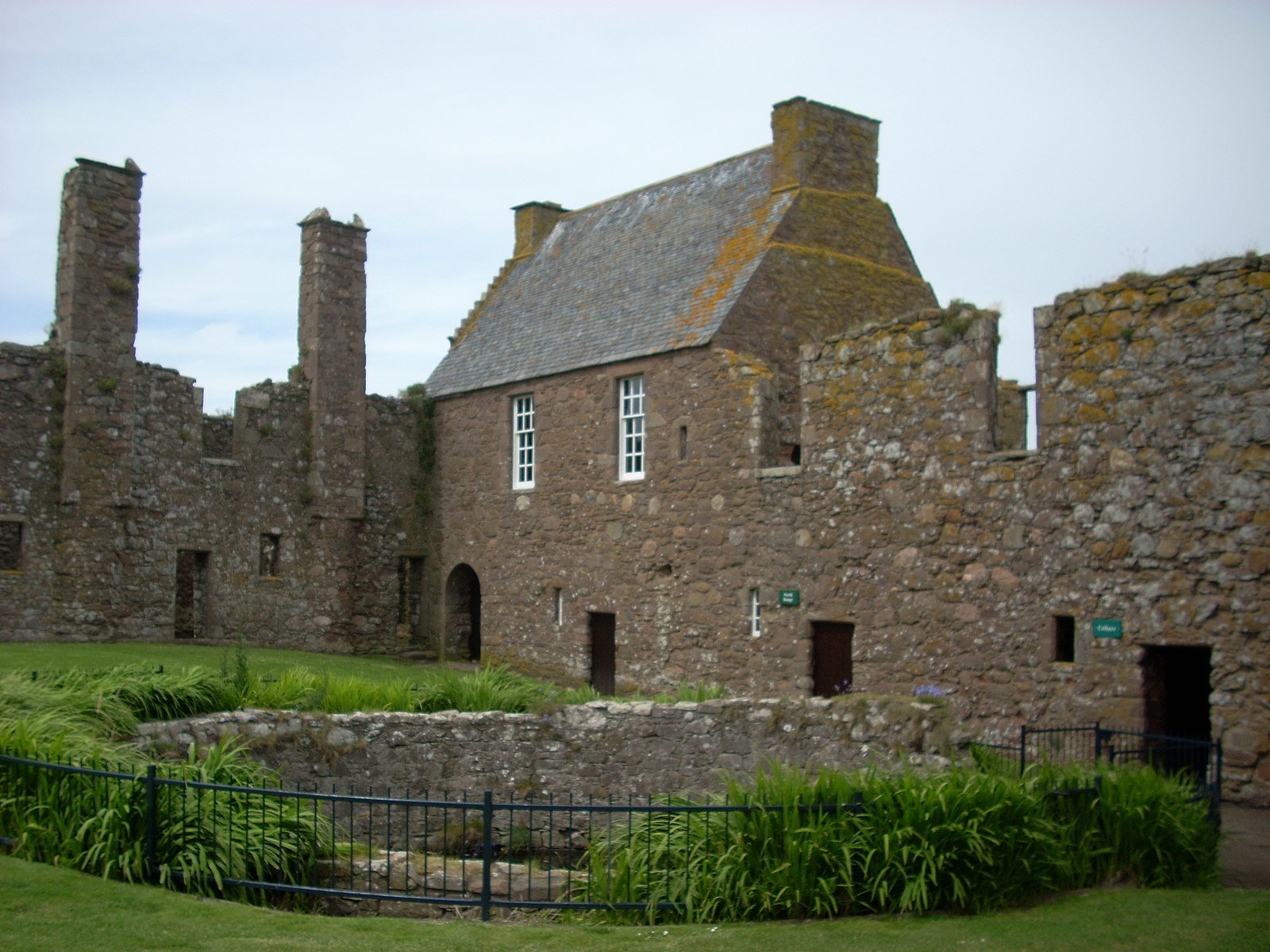 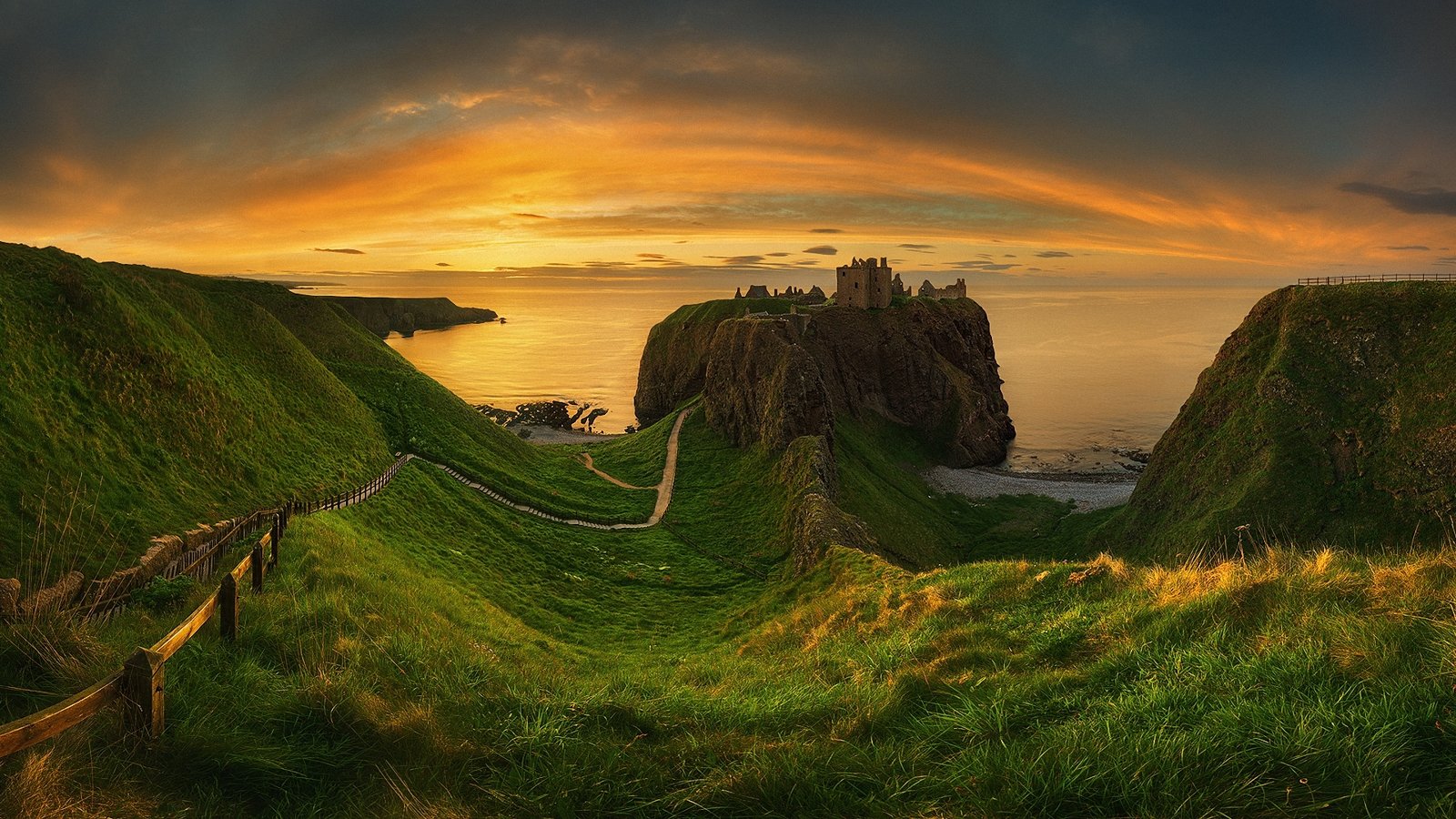 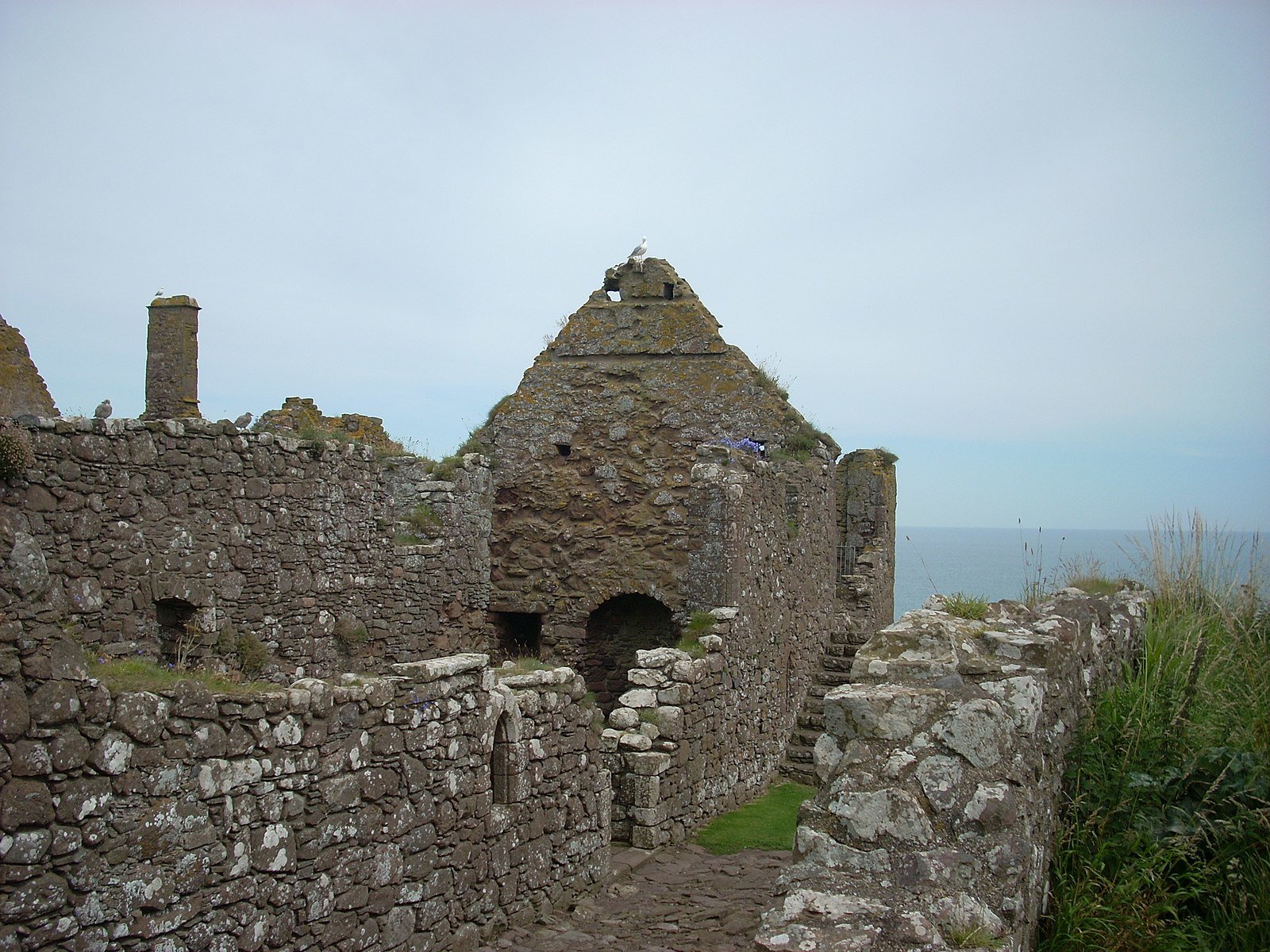 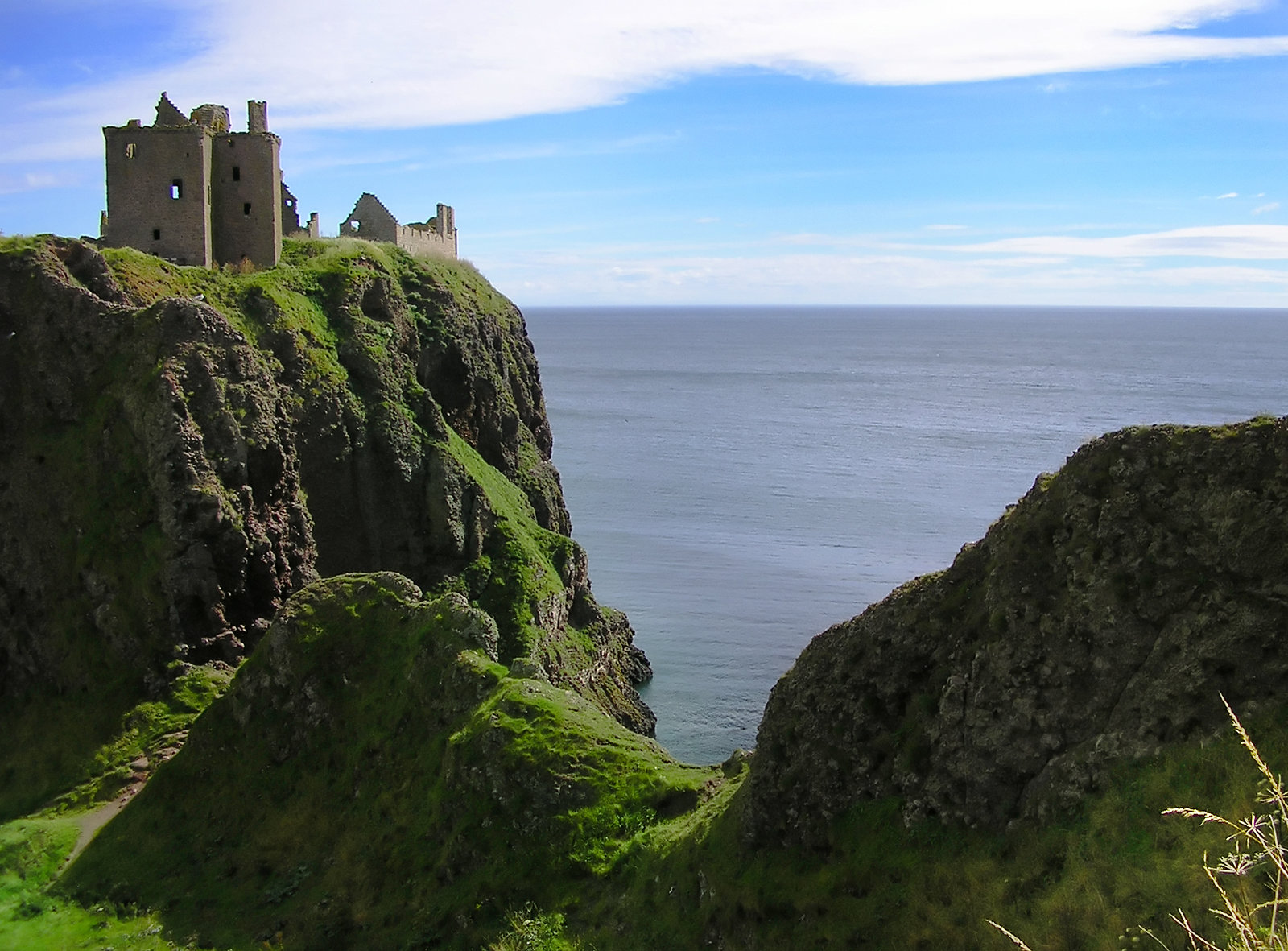 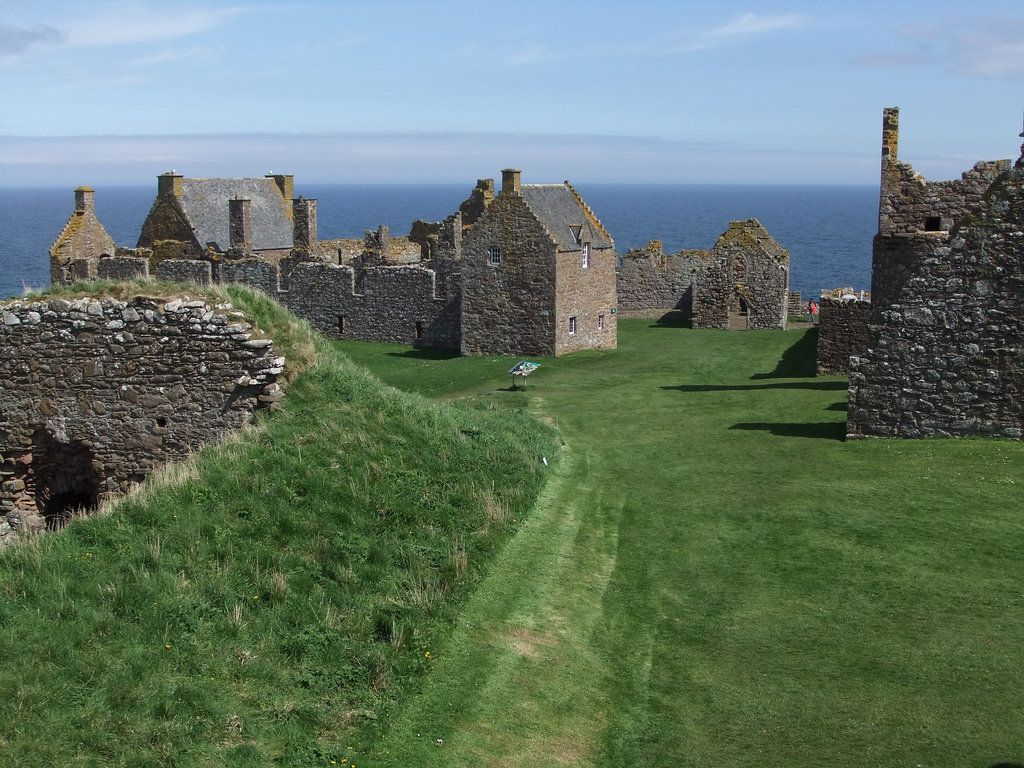 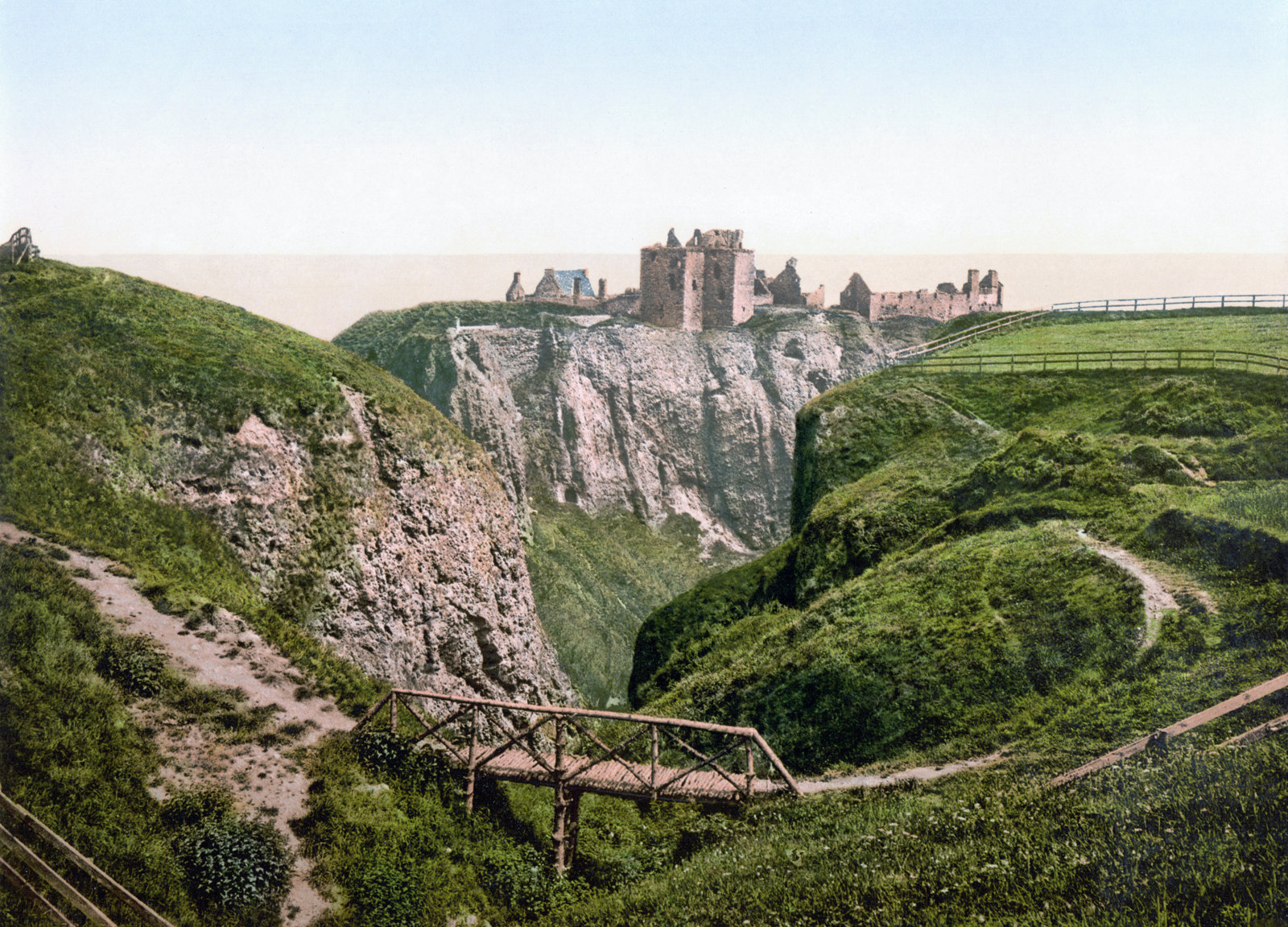 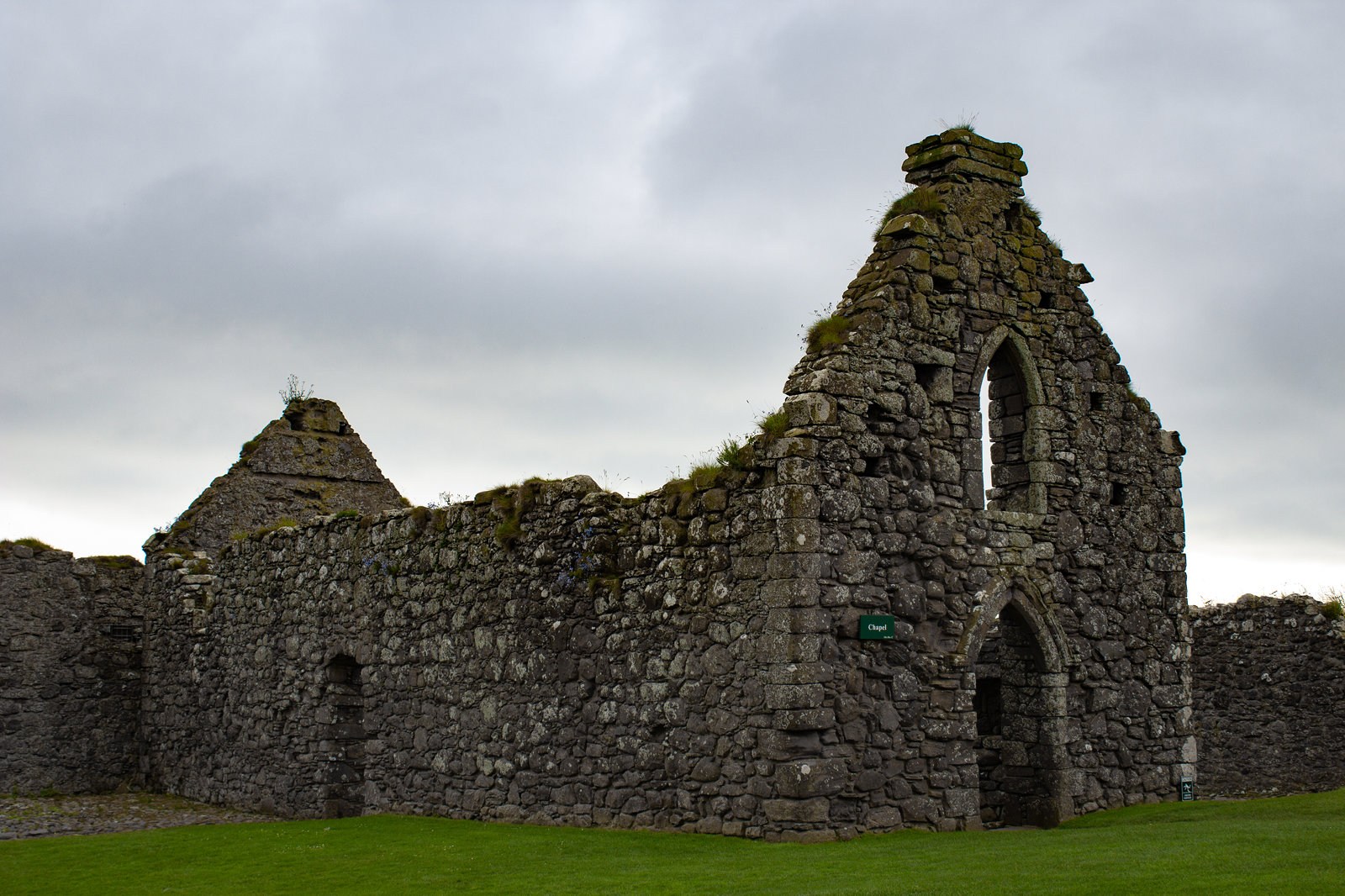 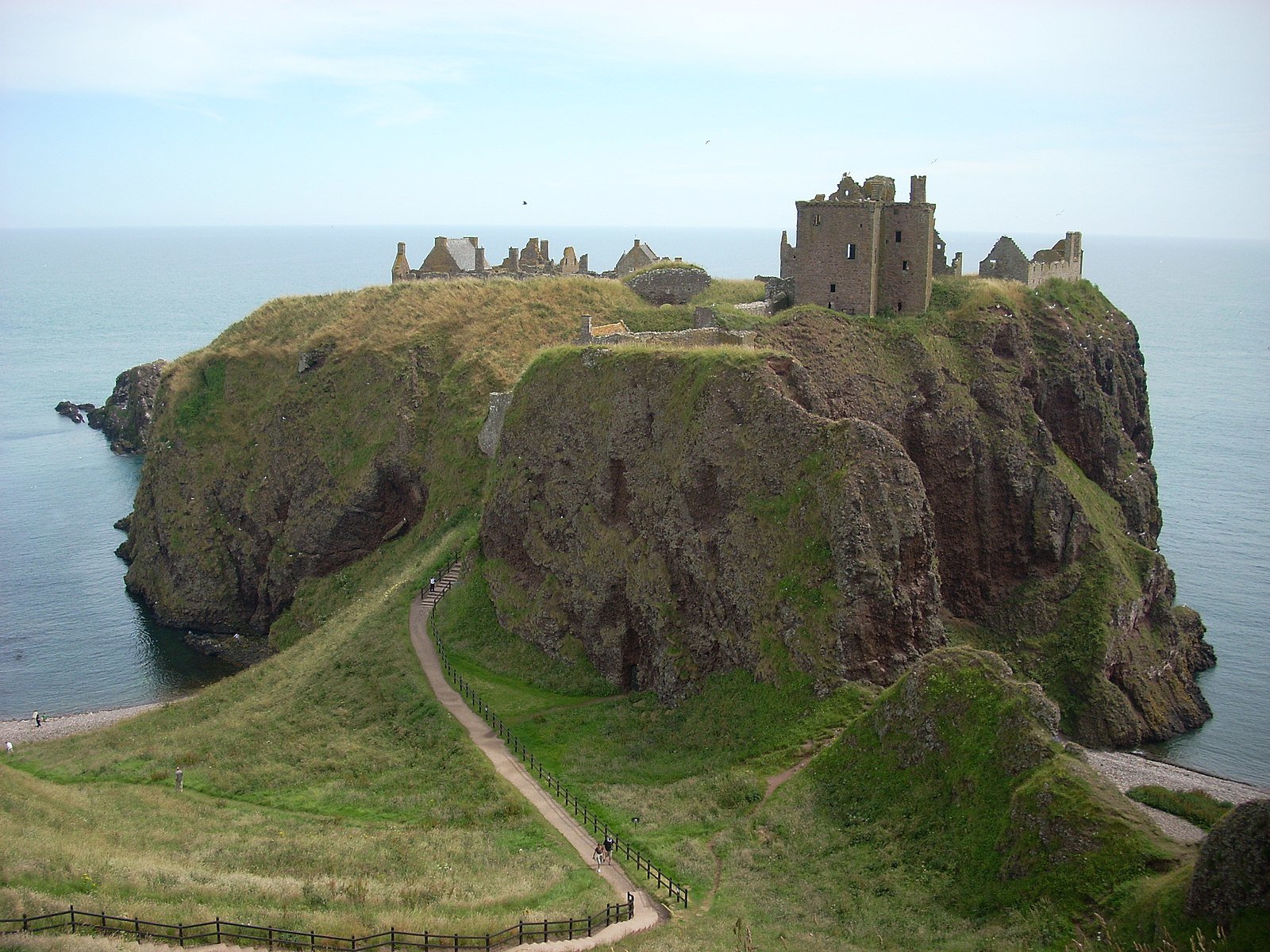 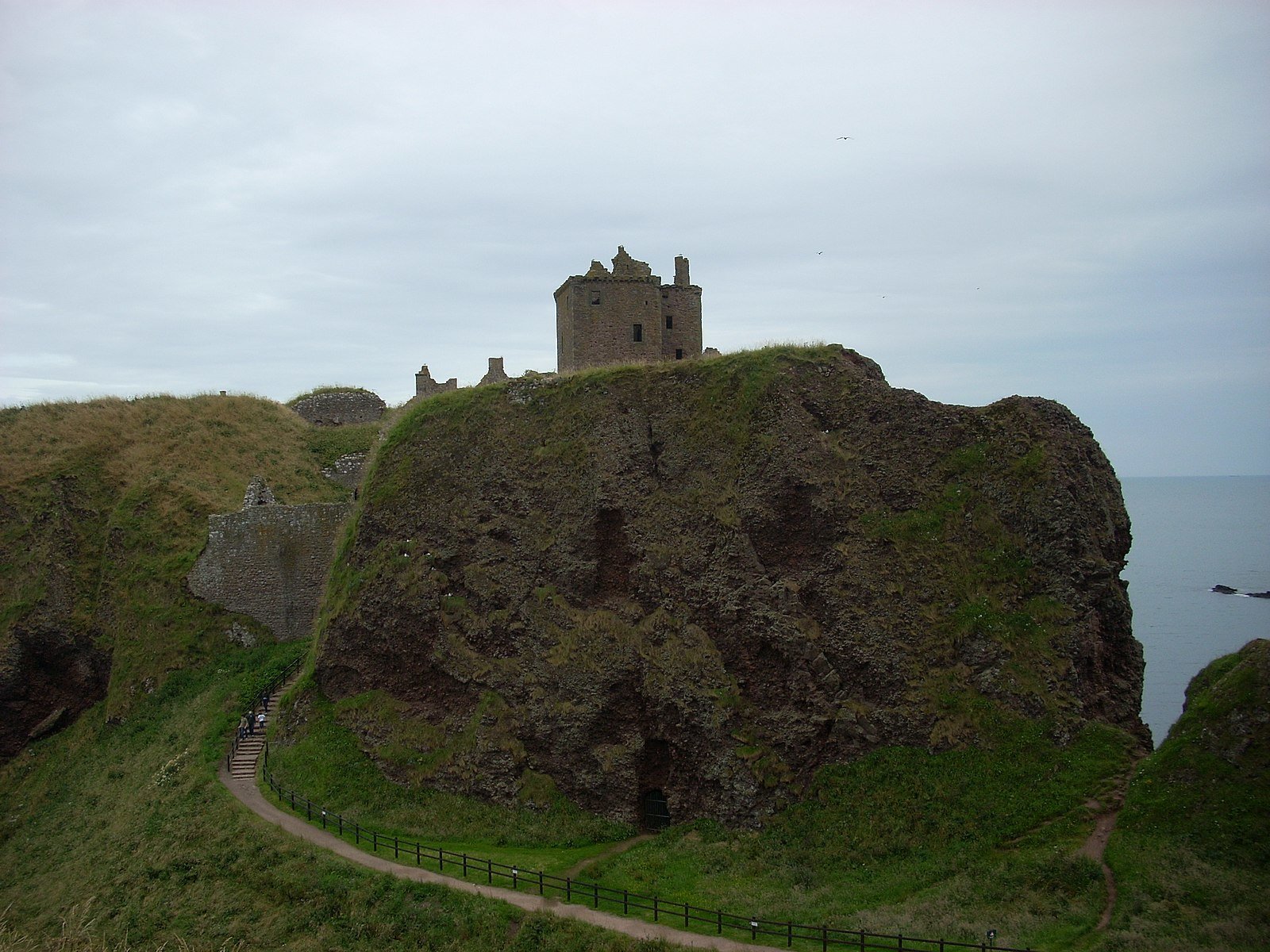 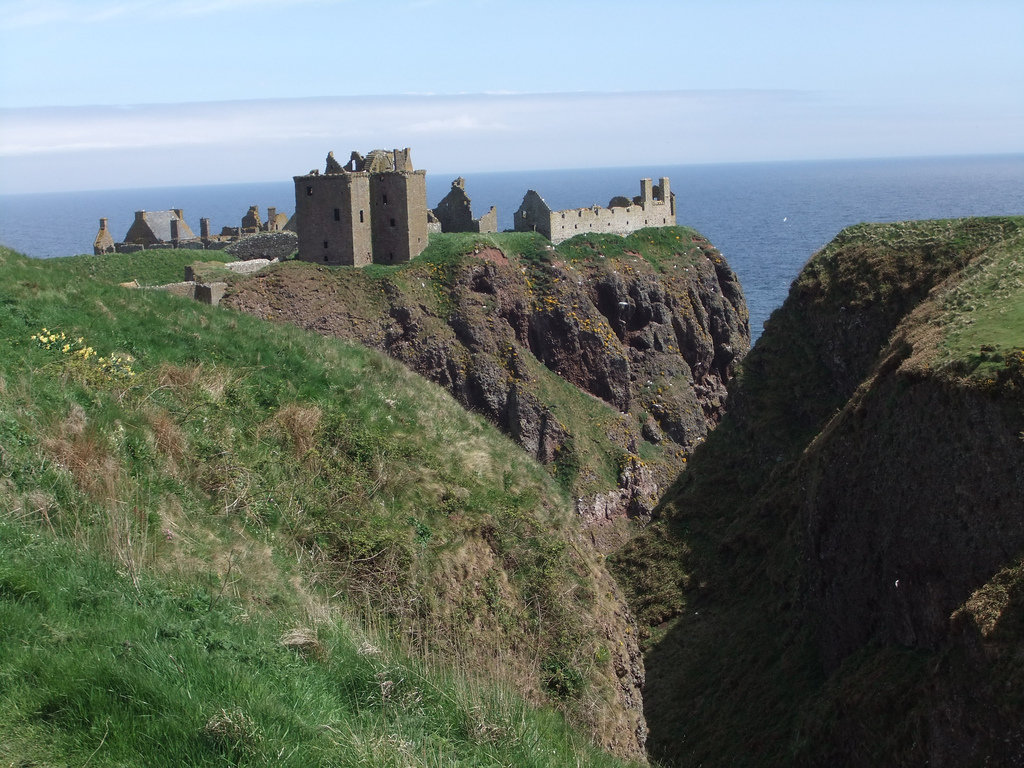 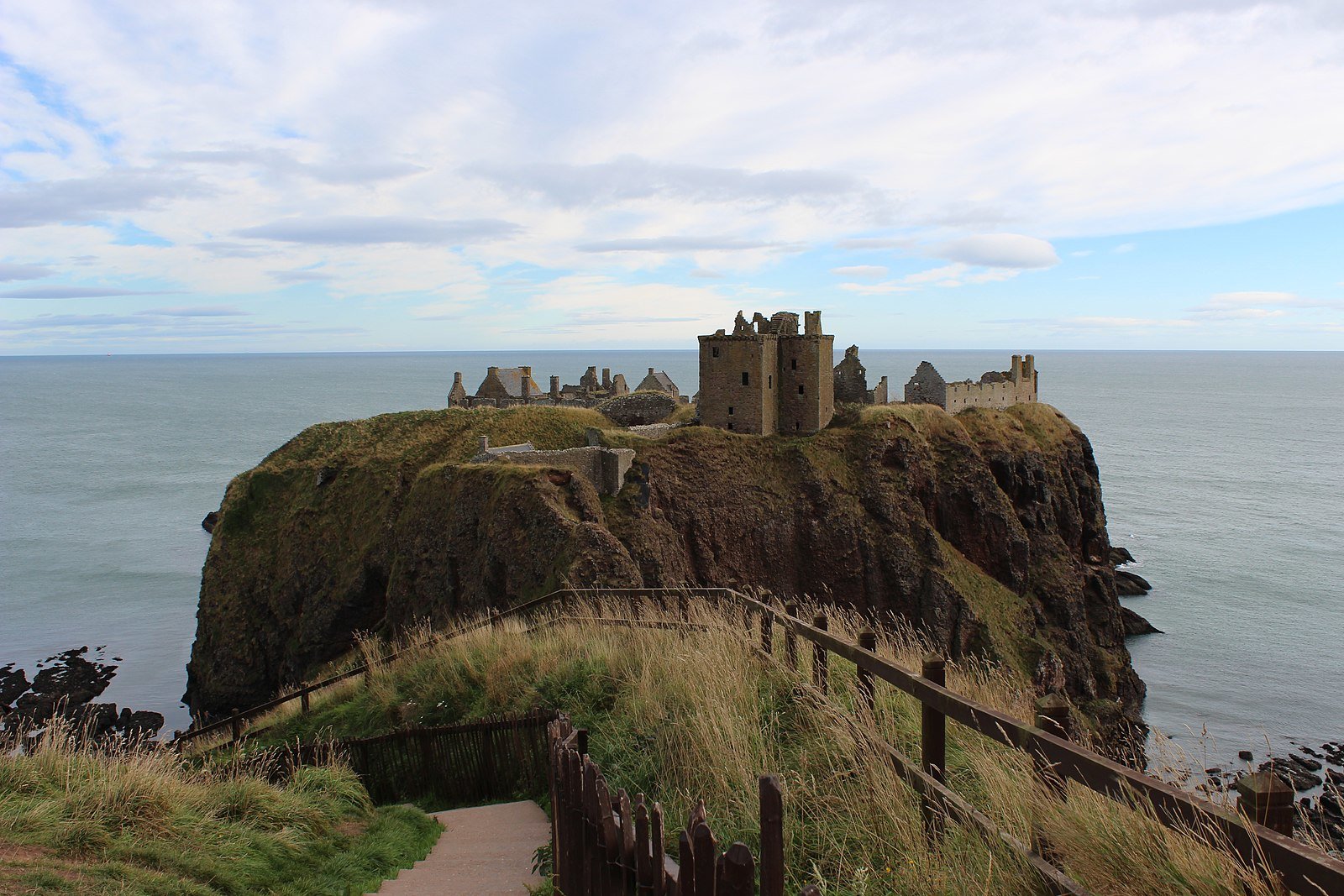