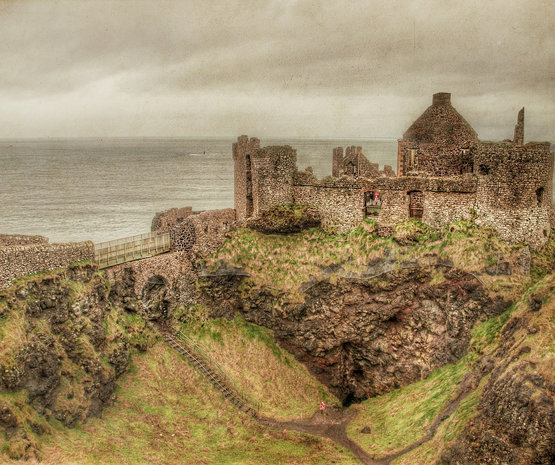 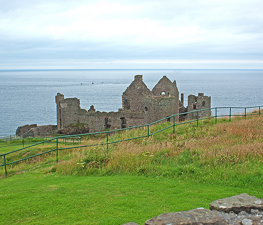 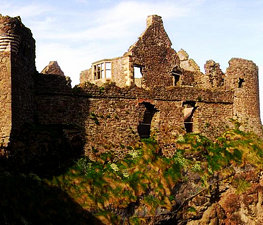 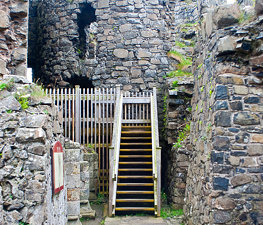 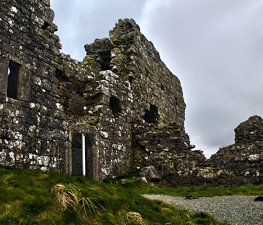 Dunluce Castle (Irish: Dún Lios, "strong fort") is a now-ruined medieval castle in Northern Ireland. It is located on the edge of a basalt outcropping in County Antrim (between Portballintrae and Portrush), and is accessible via a bridge connecting it to the mainland. The castle is surrounded by extremely steep drops on either side, which may have been an important factor to the early Christians and Vikings who were drawn to this place where an early Irish fort once stood.

Dunluce Castle is in the care of the Northern Ireland Environment Agency. It is a Monument in State Care sited in the townland of Dunluce, in Coleraine Borough Council area, at grid ref: C9048 4137. The earthworks, adjacent to Dunluce Castle, are a Scheduled Historic Monument, at grid ref: area of C905 412.

It is first documented in the hands of the MacQuillin family in 1513. The earliest features of the castle are two large drum towers about 9 metres (30 ft) in diameter on the eastern side, both relics of a stronghold built here by the MacQuillins after they became lords of the district, the chieftain of which was known as Lord of the Route, in the late 14th century.

Later it became the home of the chief of the Clan MacDonnell of Antrim and the Clan MacDonald of Dunnyveg from Scotland. Chief John Mor MacDonald was the second son of Good John of Islay, Lord of the Isles, 6th chief of Clan Donald in Scotland. John Mor MacDonald was born through John of Islay's second marriage to Princess Margaret Stewart, daughter of King Robert II of Scotland. In 1584, on the death of James MacDonald the 6th chief of the Clan MacDonald of Antrim and Dunnyveg, the Antrim Glens were seized by Sorley Boy MacDonnell, one of his younger brothers. Sorley Boy took the castle, keeping it for himself and improving it in the Scottish style. Sorley Boy swore allegiance to James IV of Scotland and his son Ranald was made Randal MacDonnell, 1st Earl of Antrim by Queen Elizabeth.

Four years later, the Girona, a galleass from the Spanish Armada was wrecked in a storm on the rocks nearby. The cannon from the ship were installed in the gatehouses and the rest of the cargo sold, the funds being used to restore the castle. MacDonnell's granddaughter Rose was born in the castle in 1613.

At one point, part of the kitchen next to the cliff face collapsed into the sea, after which the wife of the owner refused to live in the castle any longer. According to a legend, when the kitchen fell into the sea only a kitchen boy survived, as he was sitting in the corner of the kitchen which did not collapse.

Dunluce Castle served as the seat of the Earl of Antrim until the impoverishment of the MacDonnells in 1690, following the Battle of the Boyne. Since that time, the castle has deteriorated and parts were scavenged to serve as materials for nearby buildings.

In 1973 the castle appeared on the inner gatefold of the multi-million selling Led Zeppelin album Houses of the Holy. Keanu Reeves's character makes reference to this in the comedy film Bill & Ted's Excellent Adventure when they travel back in time to meet Socrates. The castle also appeared in Jackie Chan's The Medallion (2001) when it provided an exterior setting for the "villains lair."

Andressa Soares
Look that is spetaculary, Irland is the maximum, look too beach island the know why being different. OUR,out this doing give for to be distance. Look, have act park if funny. Current stop there!

Carl Griffin
Stunningly positioned castle on a cliff top with amazing views out to sea. Well worth the entrance fee.

Noura Sayed
Great place to see where they filmed some of the Game of Thrones locations (Greyjoy's Castle) & the CGI they add to it. Beautiful view nevertheless of the castle ruins on the cliffs ????????

James Powell
Really interesting and some great hands-on archeology for the children. Curious to see what else they unearth in the future!

pieter v
Amazing location! And you don’t need to visit the castle during opening hours to still get quite close to it! Just get to the car park and approach from there

See all hotels See all
The Pyjama Factory

Barry's Amusements is the largest theme park in Northern Ireland and 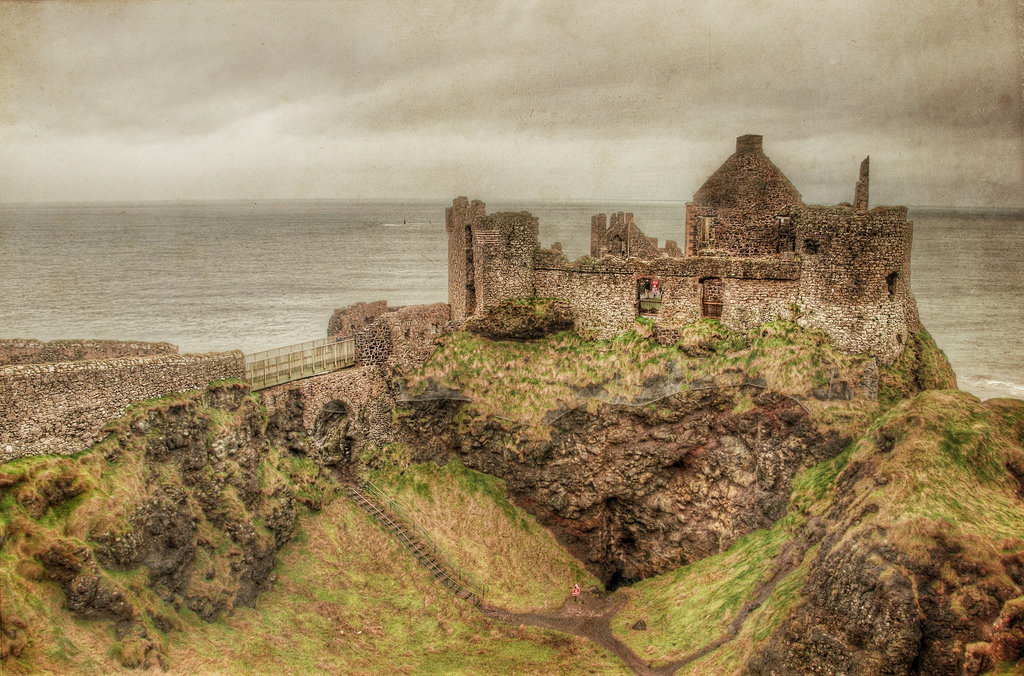 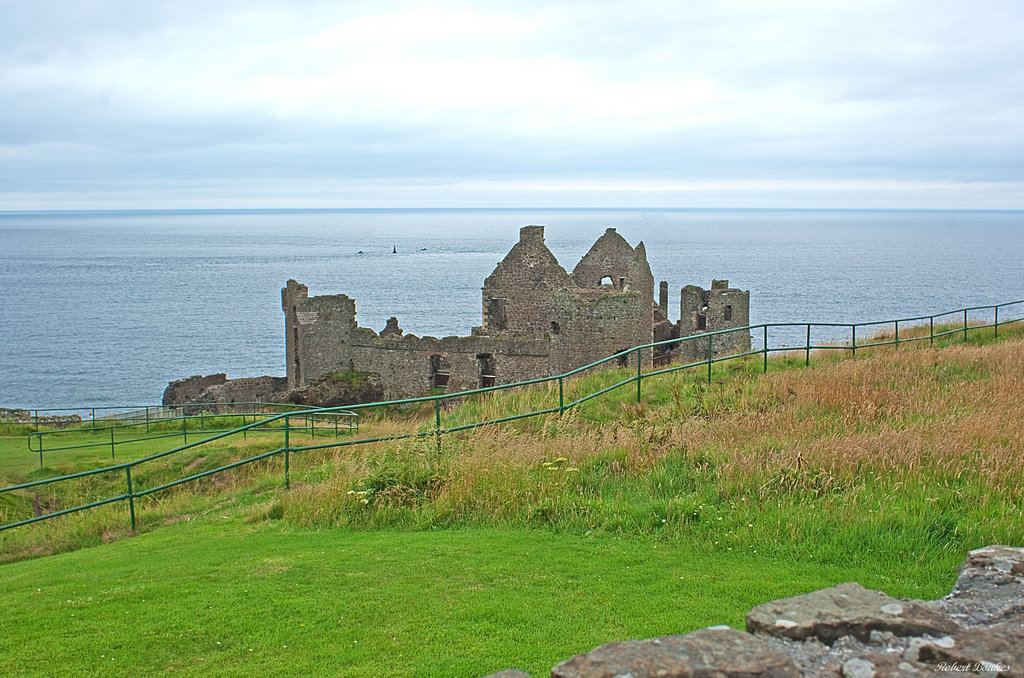 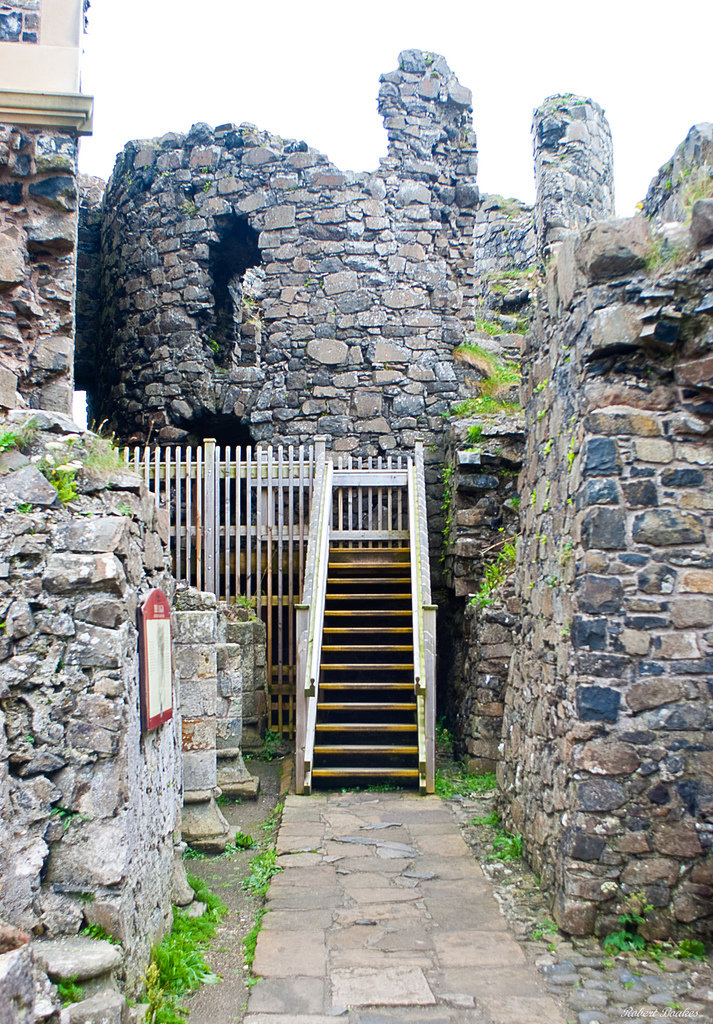 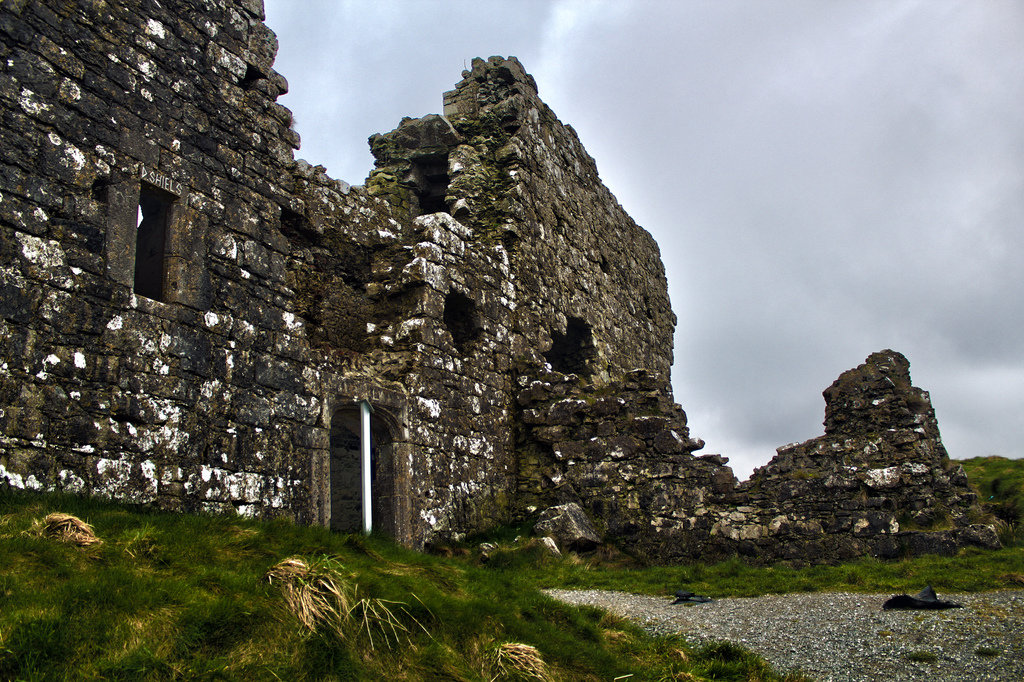 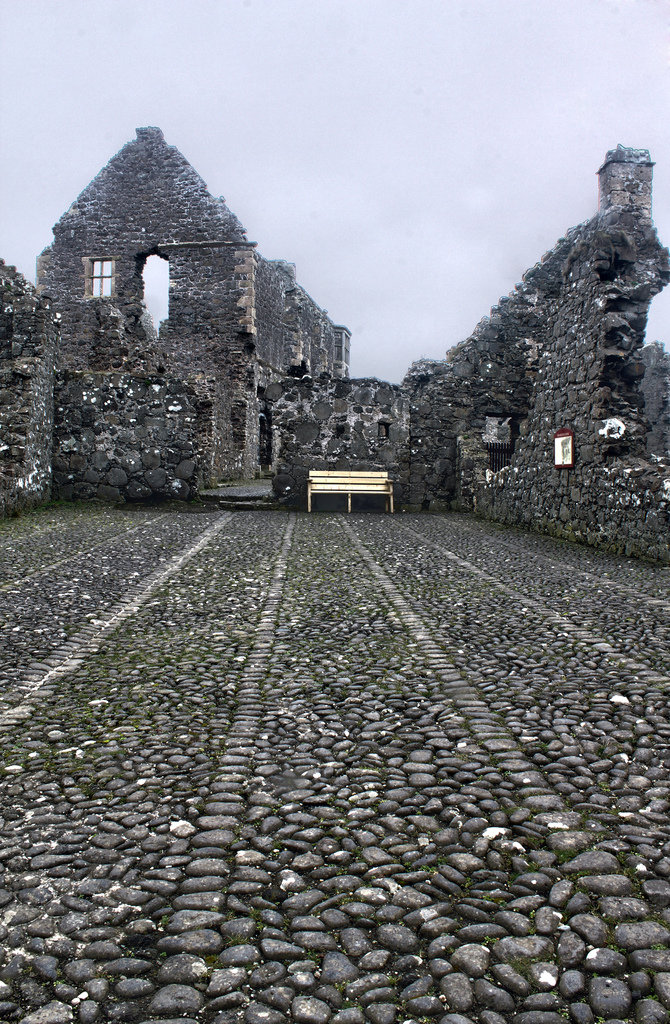 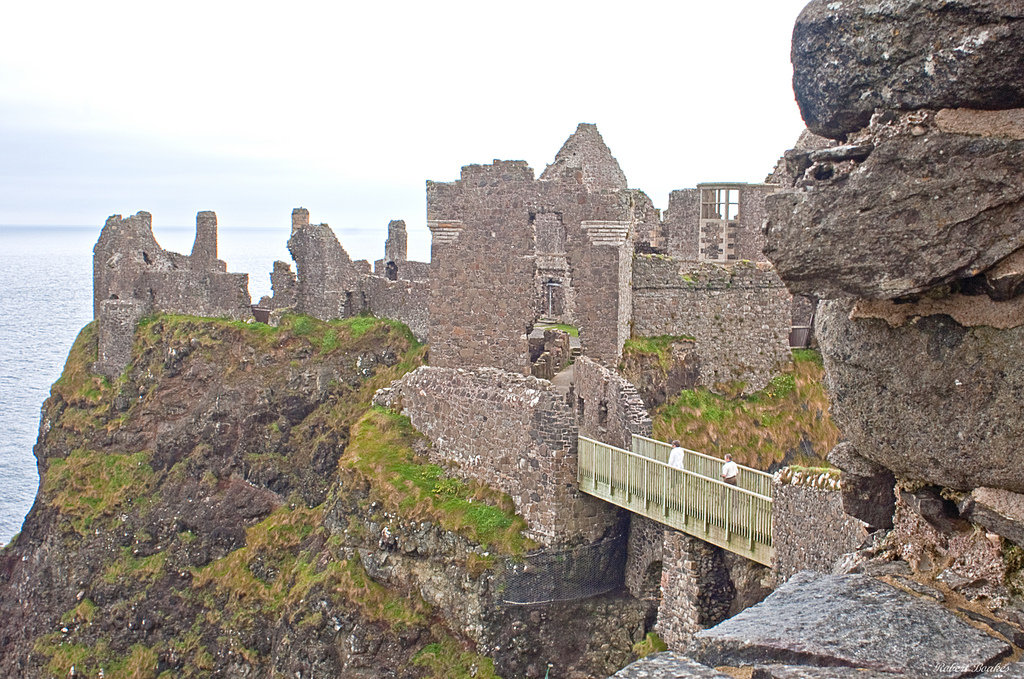 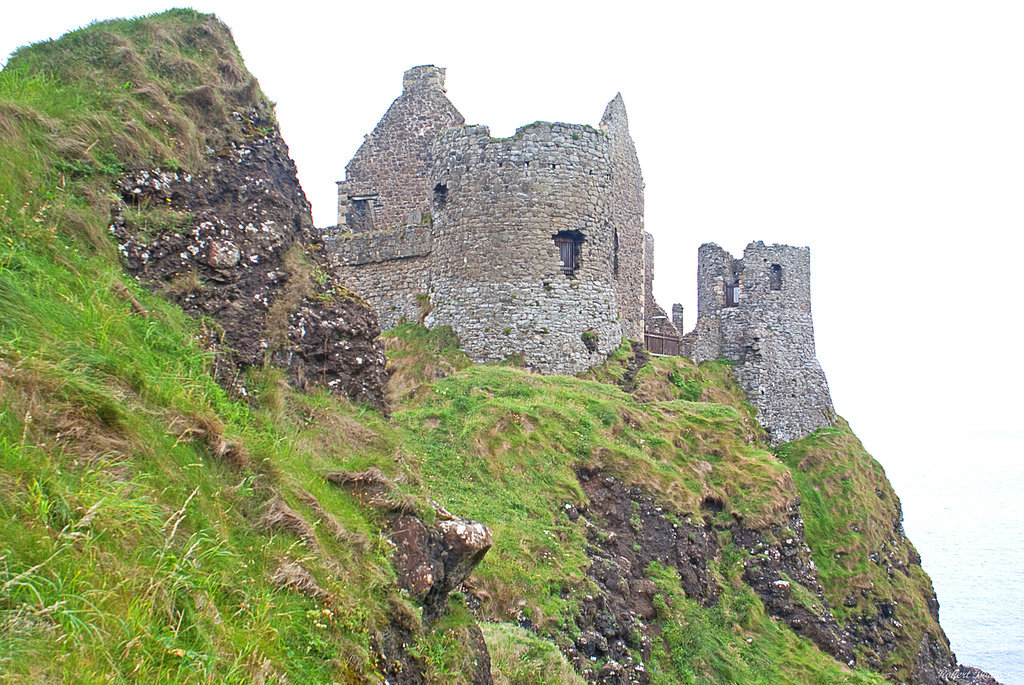 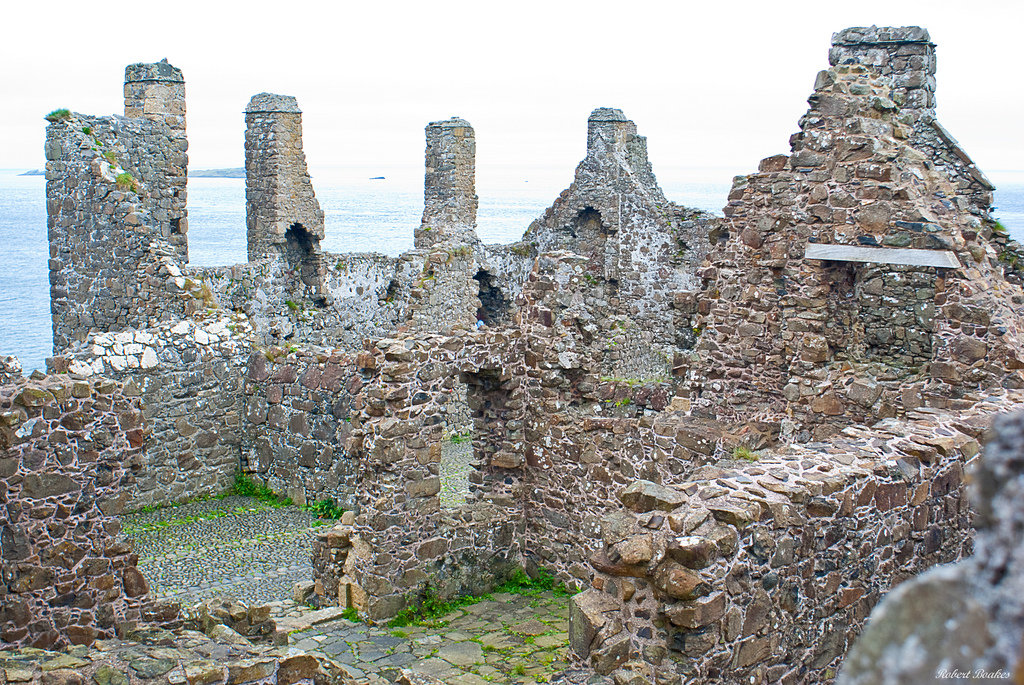 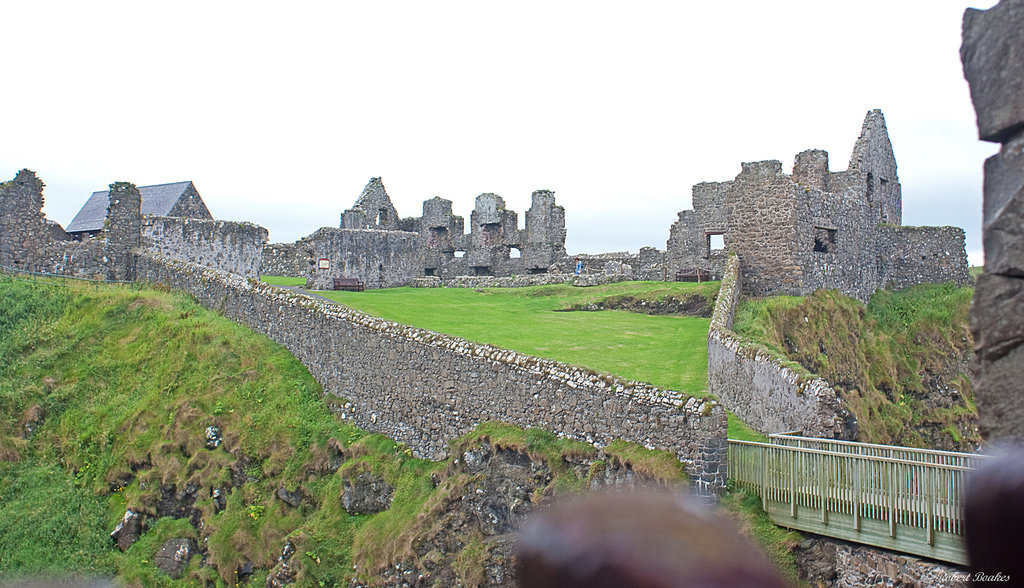 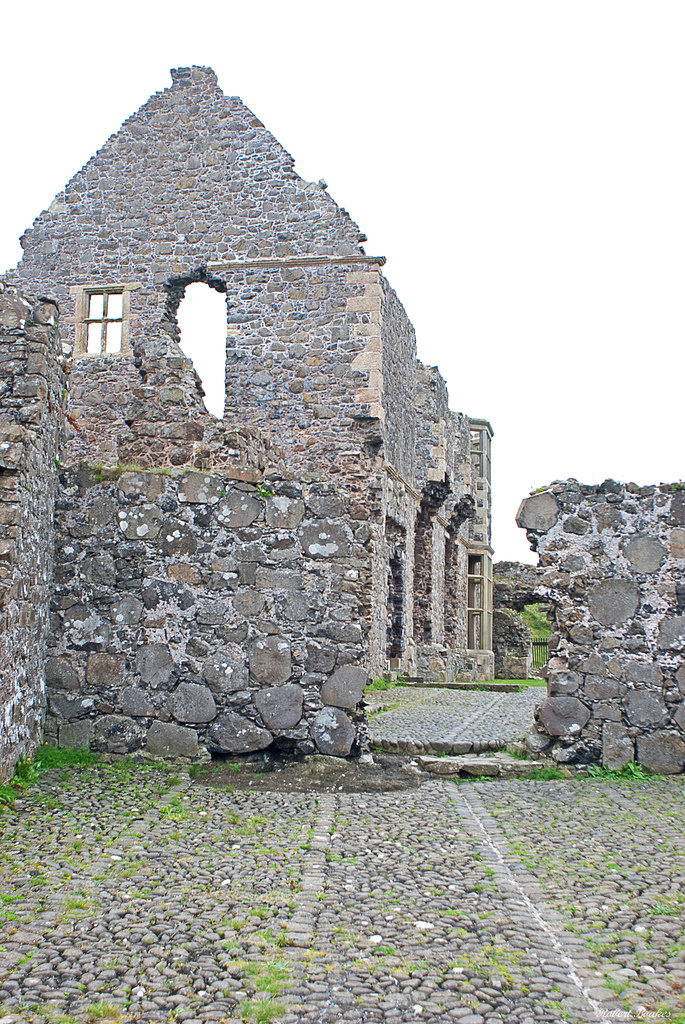 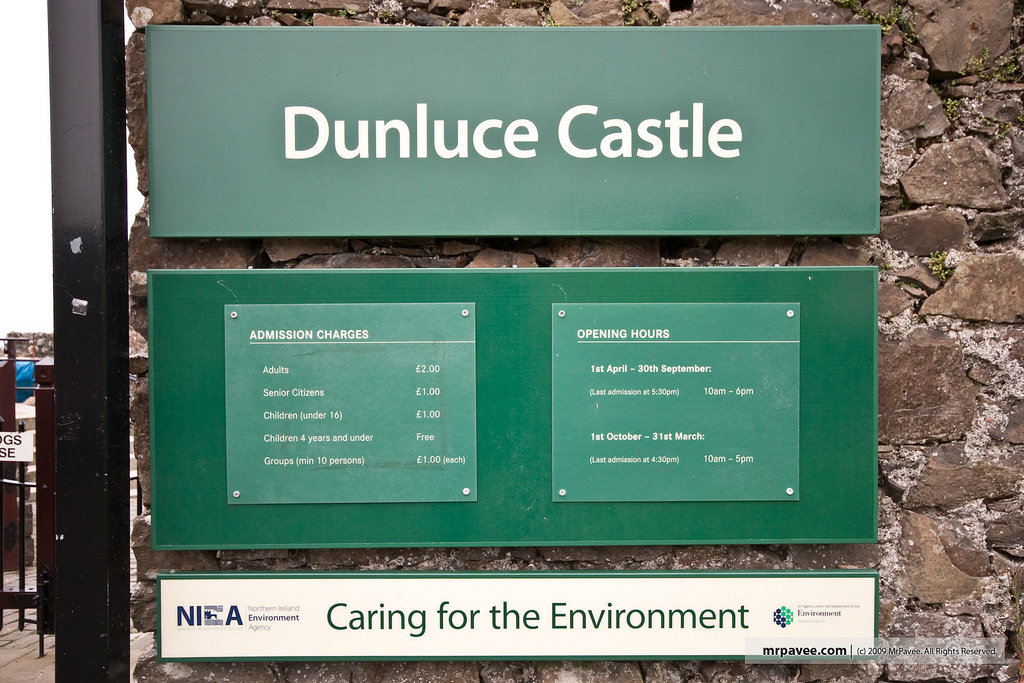 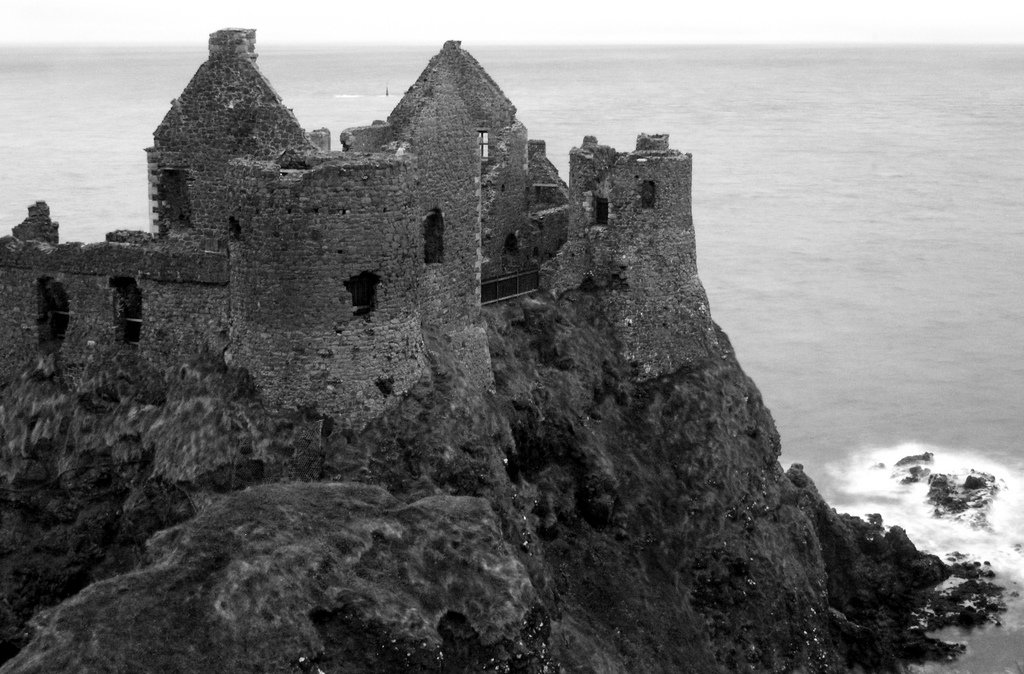 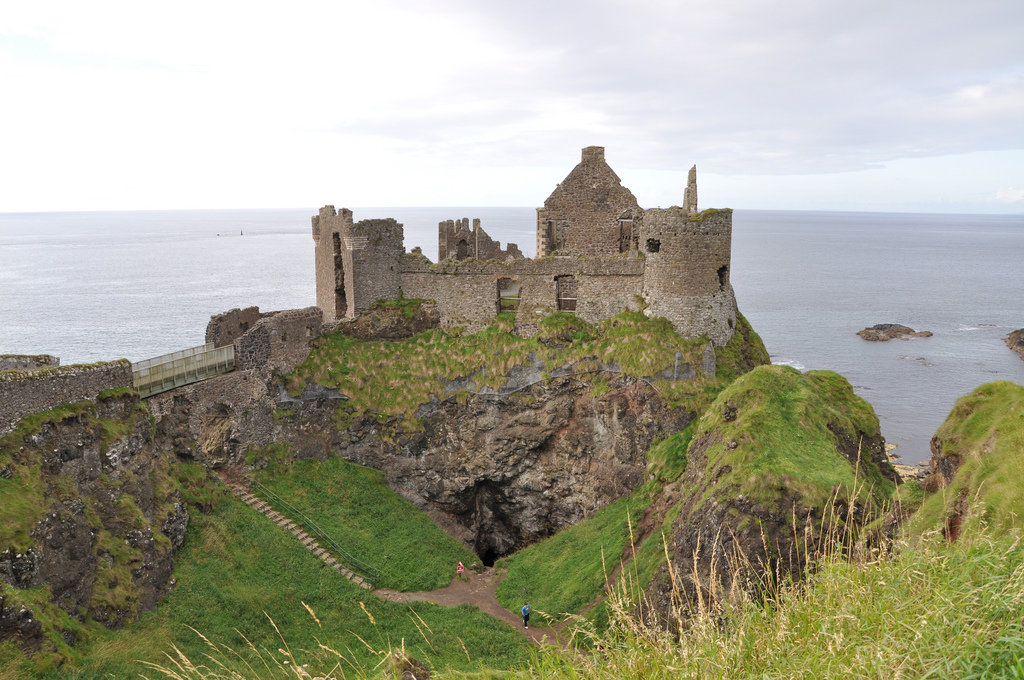