×
What are you looking for?
See all results
Fountains in Dubai 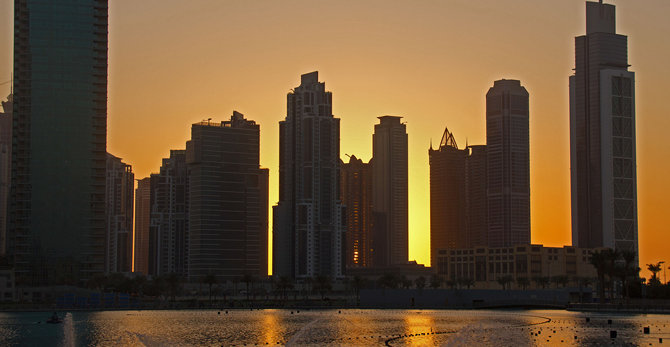 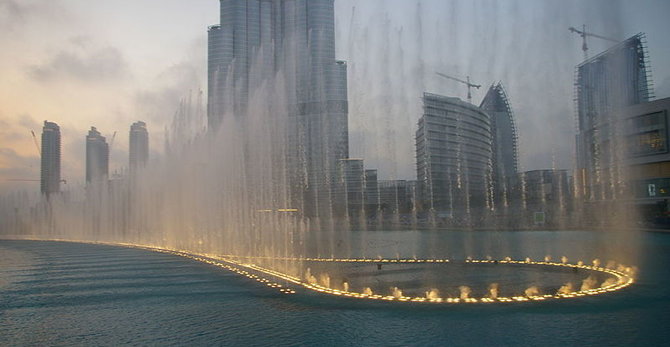 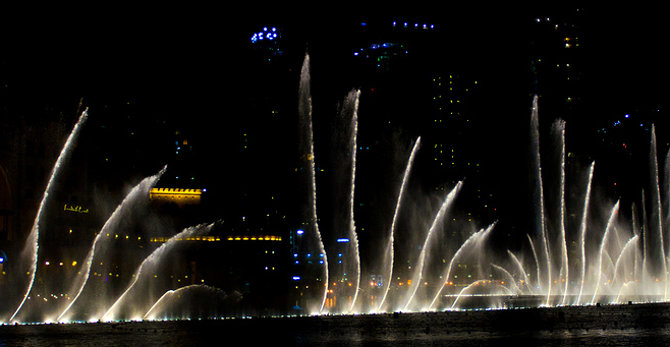 Dubai Fountain is the center piece of the Downtown Burj Dubai, located at the front of Burj Dubai. Emaar, the developer of Burj Dubai, and Downtown Burj Dubai had announced the Dubai fountains in June, 2008, at the expected cost of AED 800 million or USD 218 million, which is the total cost of the Fountain's lake, the fountain, and its filtration system. The Dubai fountain is one of the world's tallest fountains, surpassing the Fountains of Bellagio at Las Vegas.The Dubai fountains is 275 meters (902.275 ft) long, which is more than the length of two football fields. It is 25 % larger than the Fountains of Bellagio at Las Vegas. The Dubai fountains can be seen from over 200 miles away up in space or horizontally if you have a clear line of sight. The fountains can shoot to the maximum height of 150 meters, which is equivalent to the 50-storey building or high enough to wash the windows a fifth of the way up the Burj Dubai.

The Dubai fountain, designed by WET Design, can spray 22,000 gallons (83,000 liters) of water in the air at any moment. More than 6,600 lights and 25 colour projectors have been installed. The Dubai fountains project water in the air in many different combinations and patterns.The beam of light shining upward from the fountain can be seen from over 20 miles away, and is visible from space making it the brightest spot in the Middle East, and possibly in the entire world.. The fountain lake fills the gap between the Dubai Mall, The palace hotel, Souk Al Bahar and The Address Downtown Burj Dubai.

The fountain performance starts at 6pm with performances every half-hour until 8pm. Between 8pm and 11pm, music-water displays occur every 20 minutes, there are 14 daily performances. Performances include:

There are also interludes with the fountains showing its capabilities but without a musical accompaniment.

Testing of the fountain began in February, and April of 2009 and the fountain was officially opened on 8 May 2009 along with the official opening ceremony of the Dubai Mall.

violeta
We had dinner on a restaurant in front of the fountains, and even though they did not make a show, the view itself was amazing. Beautiful either day and night!

MC Mamu
It is an amazing musical fountain show. You can watch this magnificent show when you are having dinner at any restaurant around fountain. The water's dance ????

Jarallah Alghizzi
An amazing spectacle to behold. The music choice may not be the best- my opinion of course- but the way the fountain dances to the music is like nothing I've seen before. Starts from 6 PM to 12 AM!

The Ritz-Carlton
For the best view of the Dubai fountains, especially the evening show of lights and music, stand on the bridge that stretches from Souk Al Baha to Dubai Mall. Arrive early to reserve a space!
Load more comments
foursquare.com

The Dubai Fountain on Foursquare

See all hotels See all
The Country Club Hotel

At The Top is a tourist attraction, one of the Scenic Lookouts in

The Millennium Tower is located on Sheikh Zayed Road in Dubai, United

The Emirates Office Tower, also known as Emirates Tower One, is a 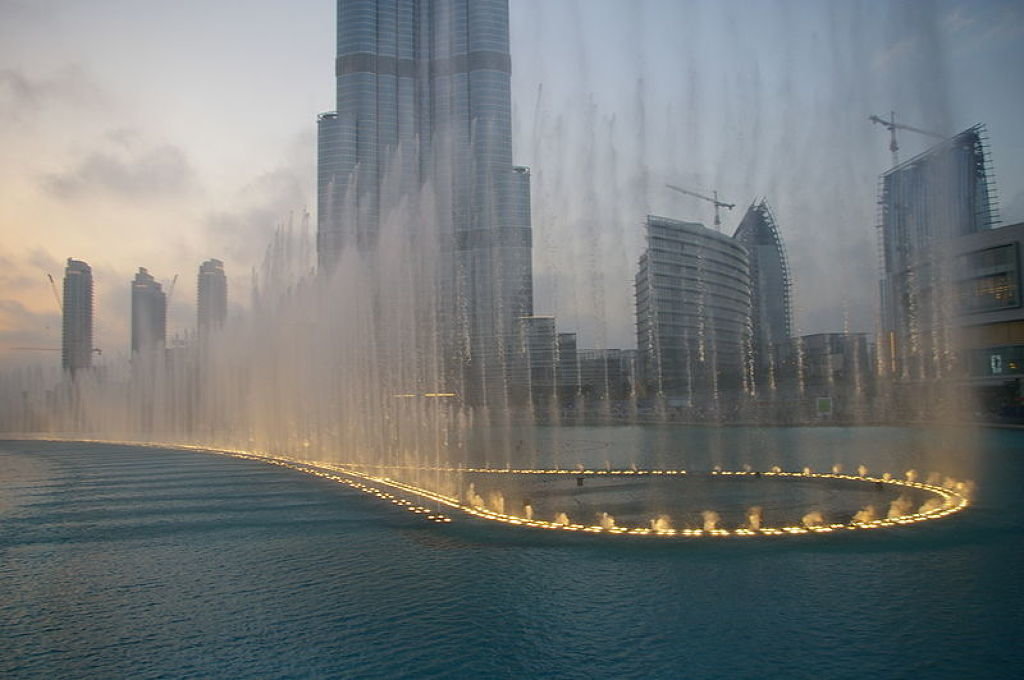 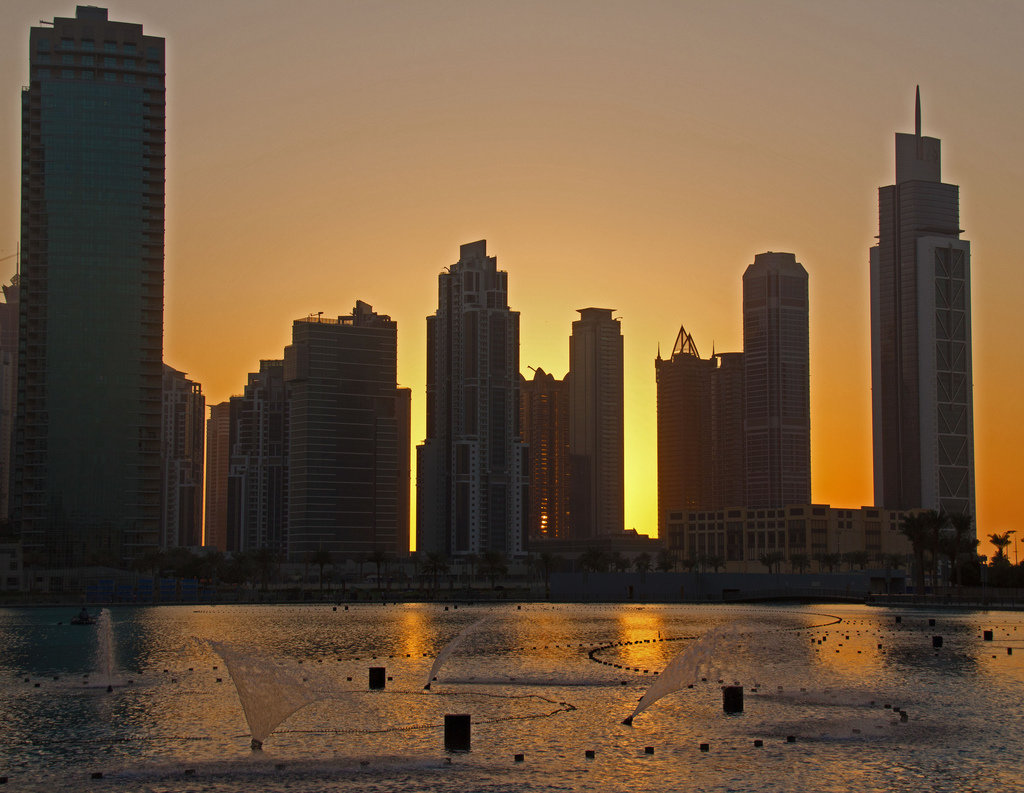 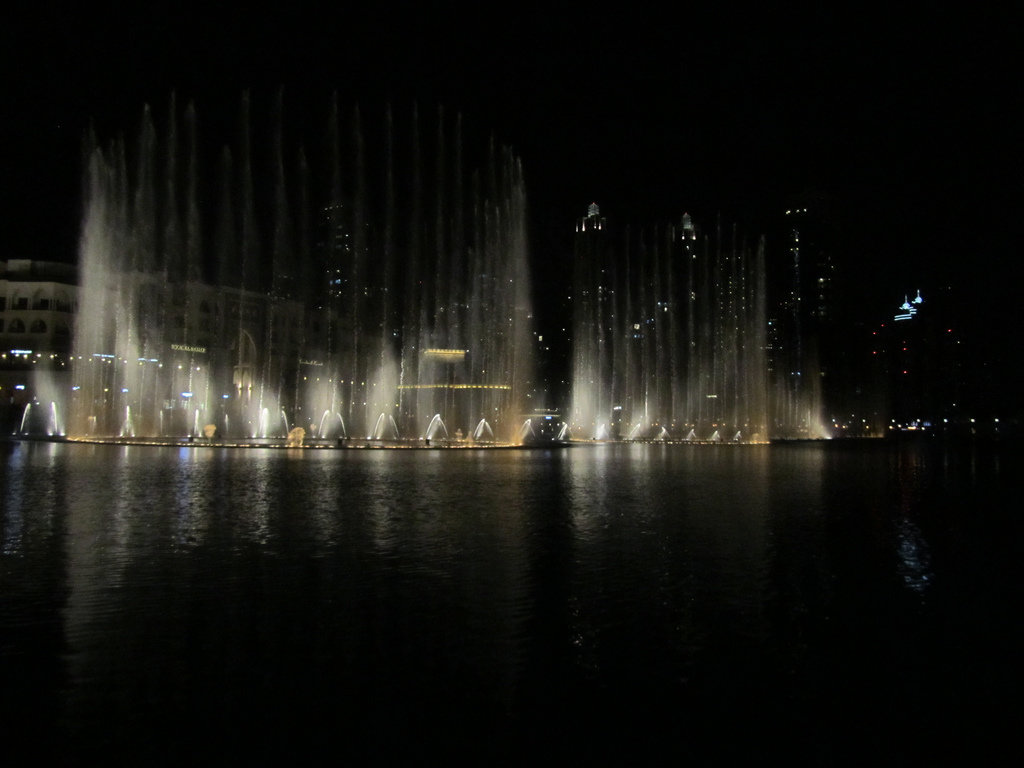 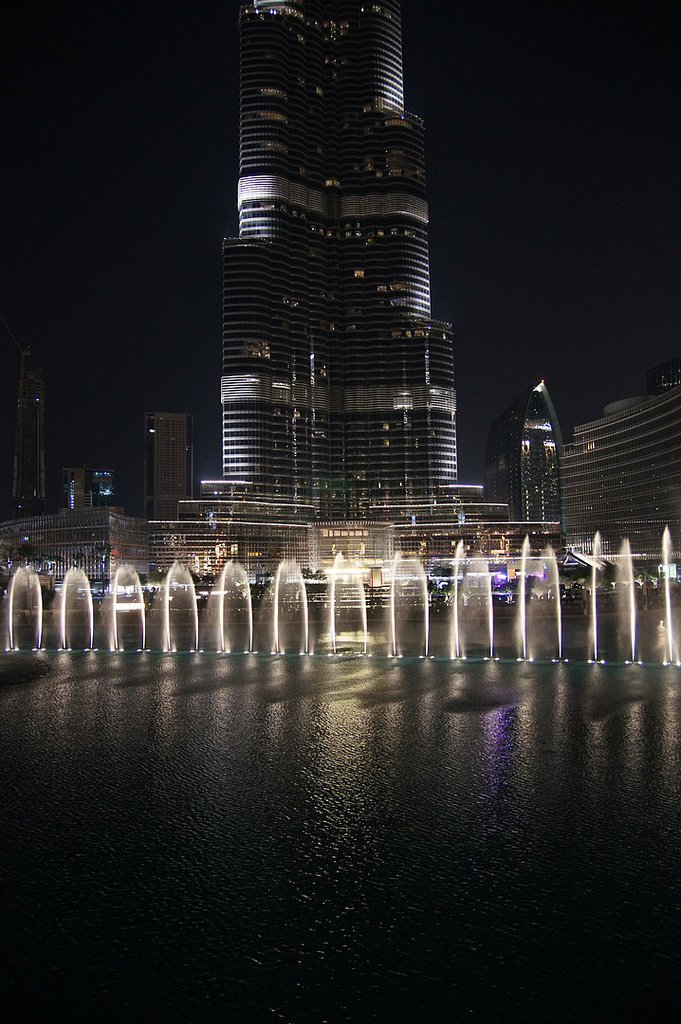 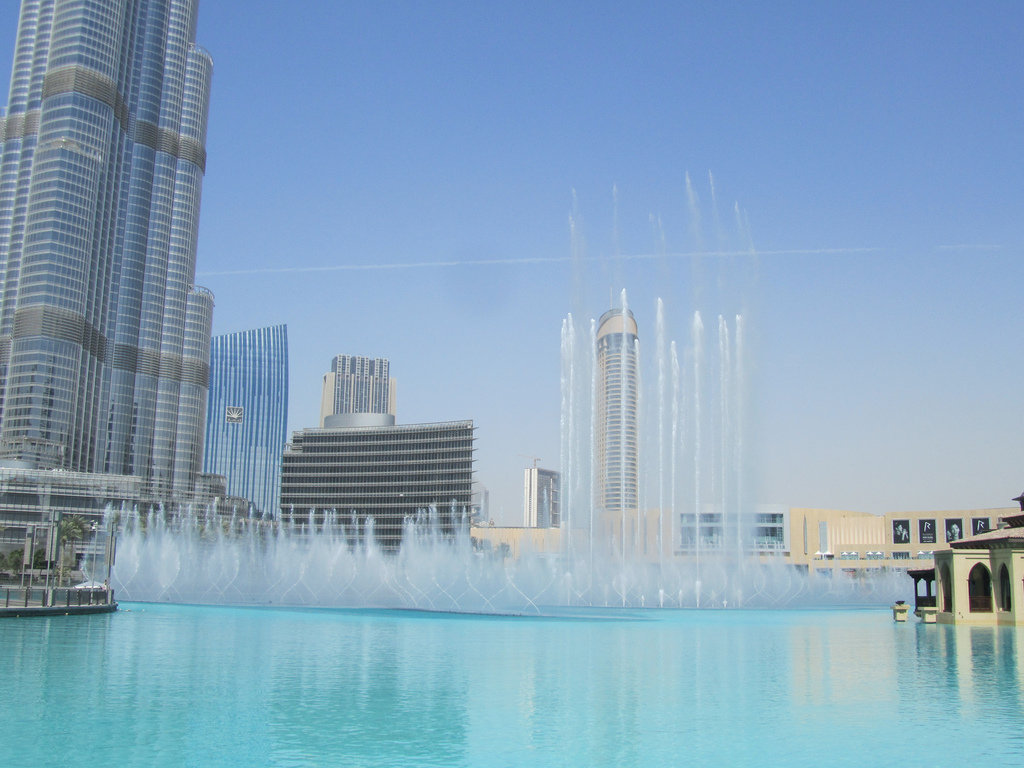 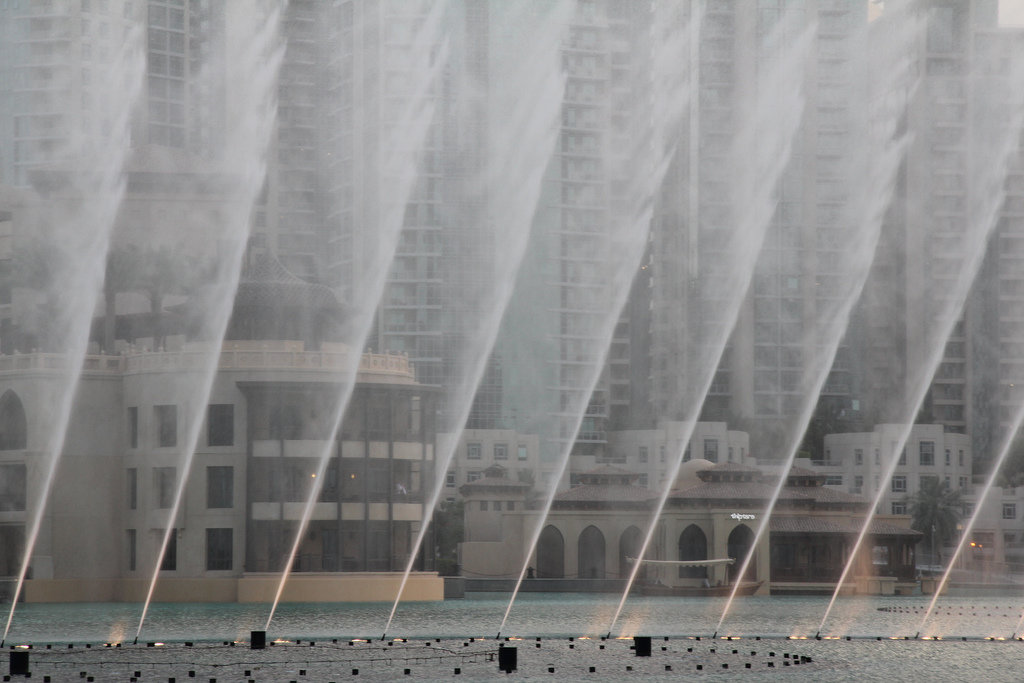 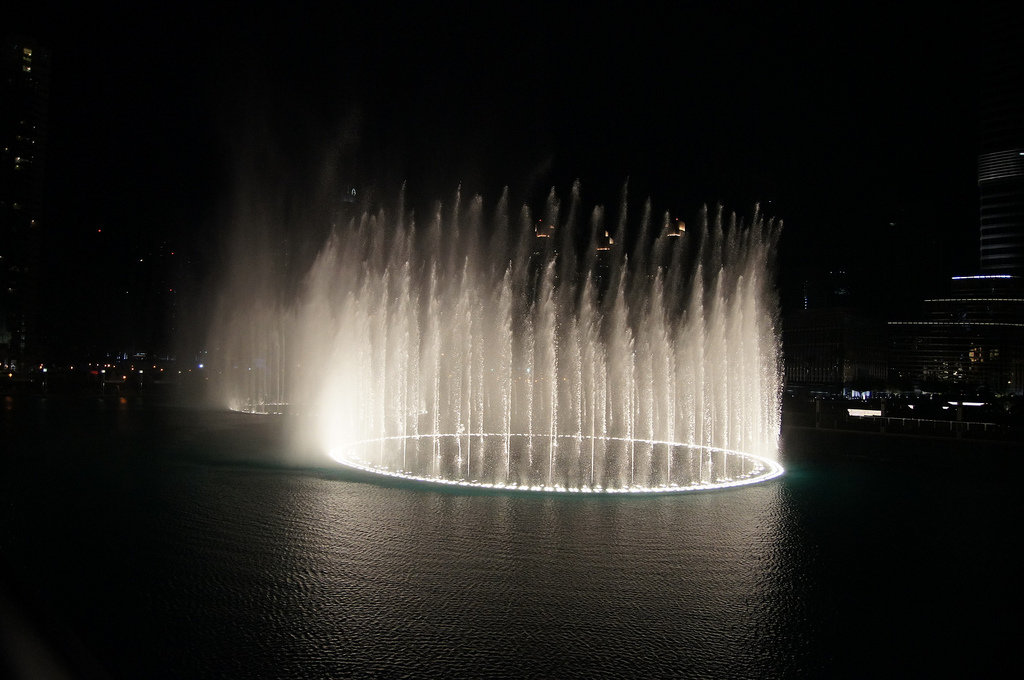 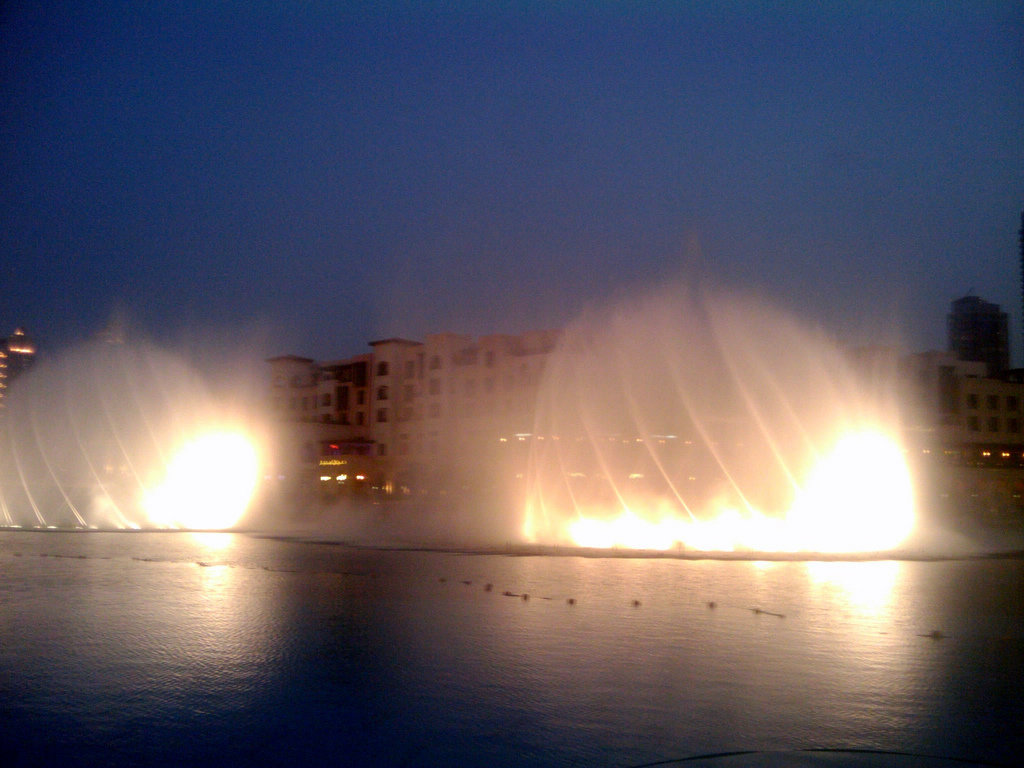 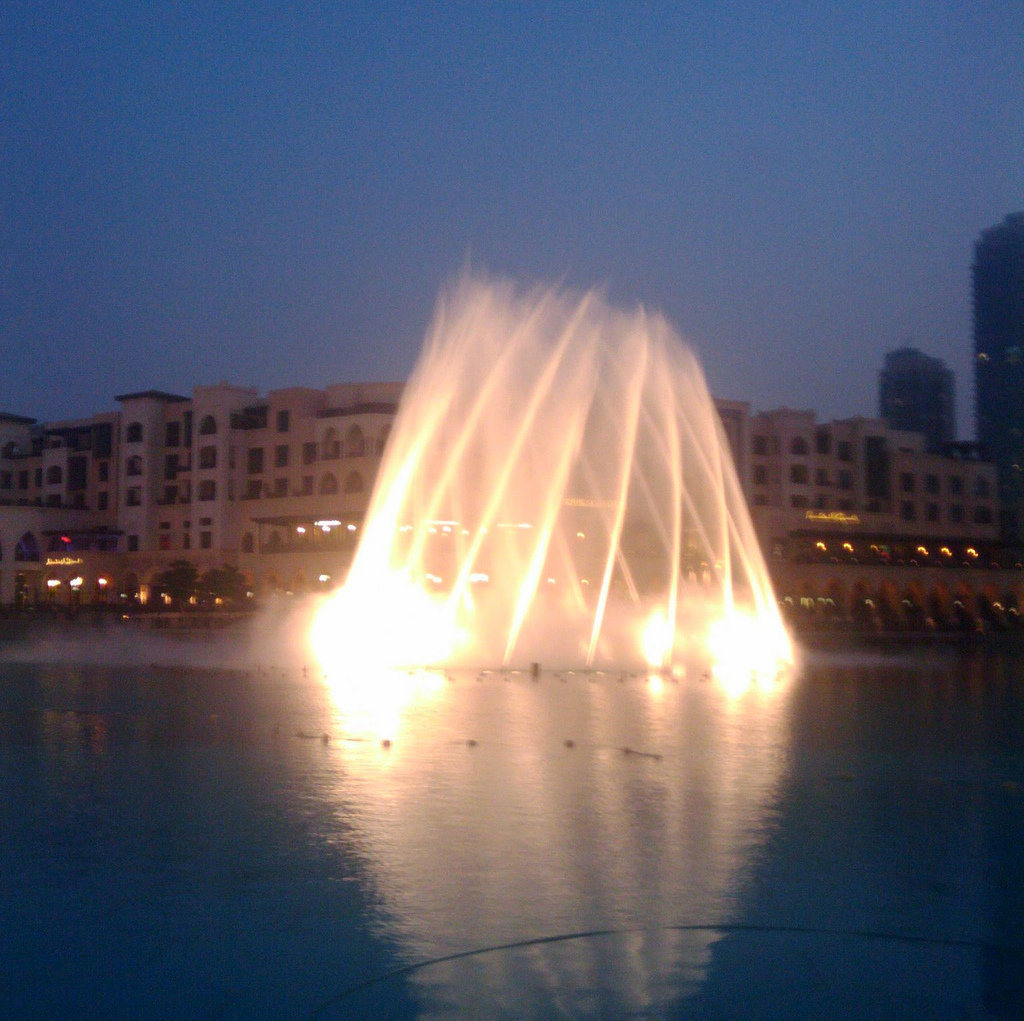 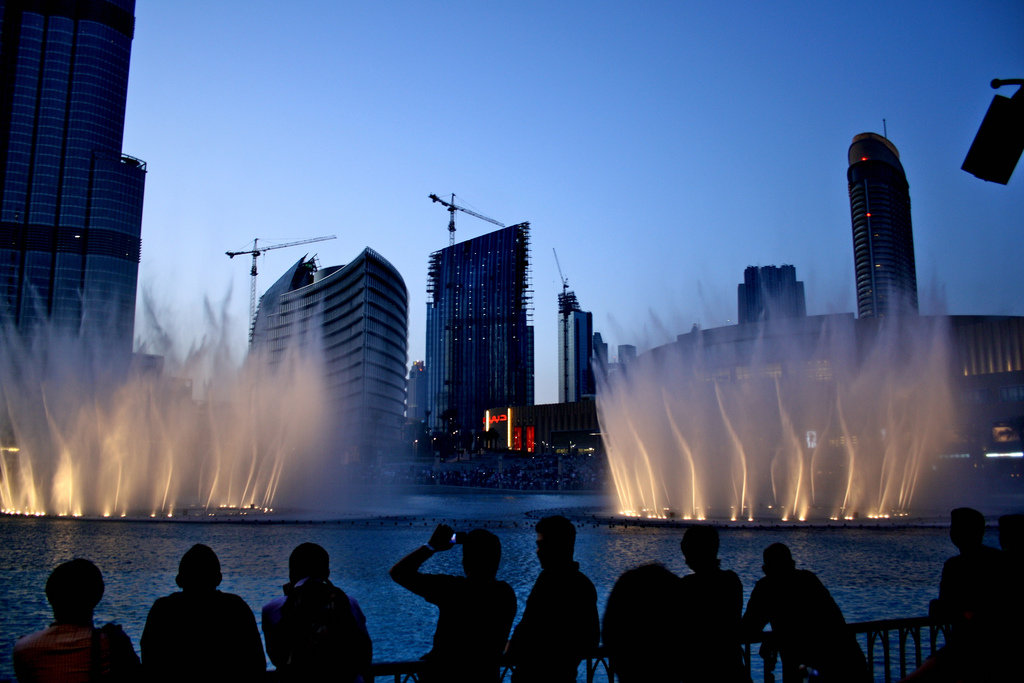 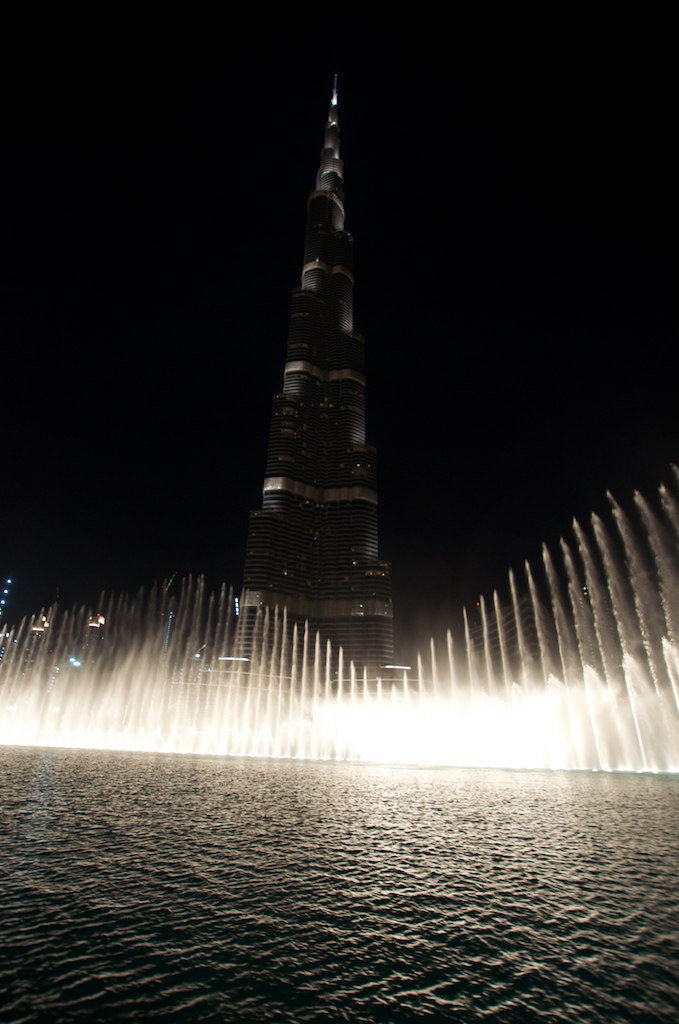 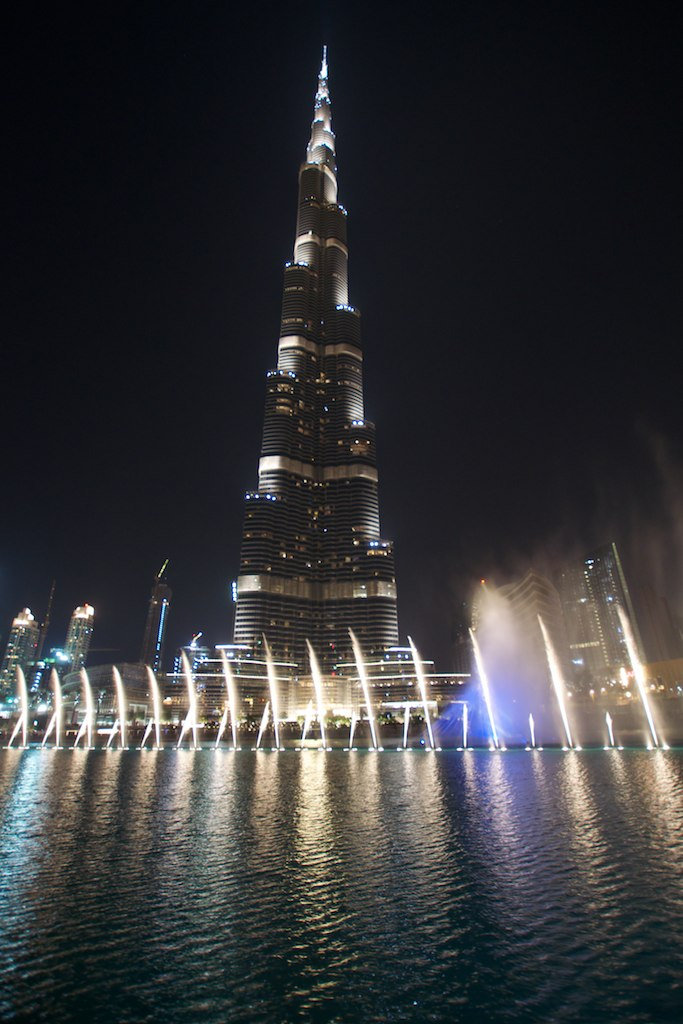 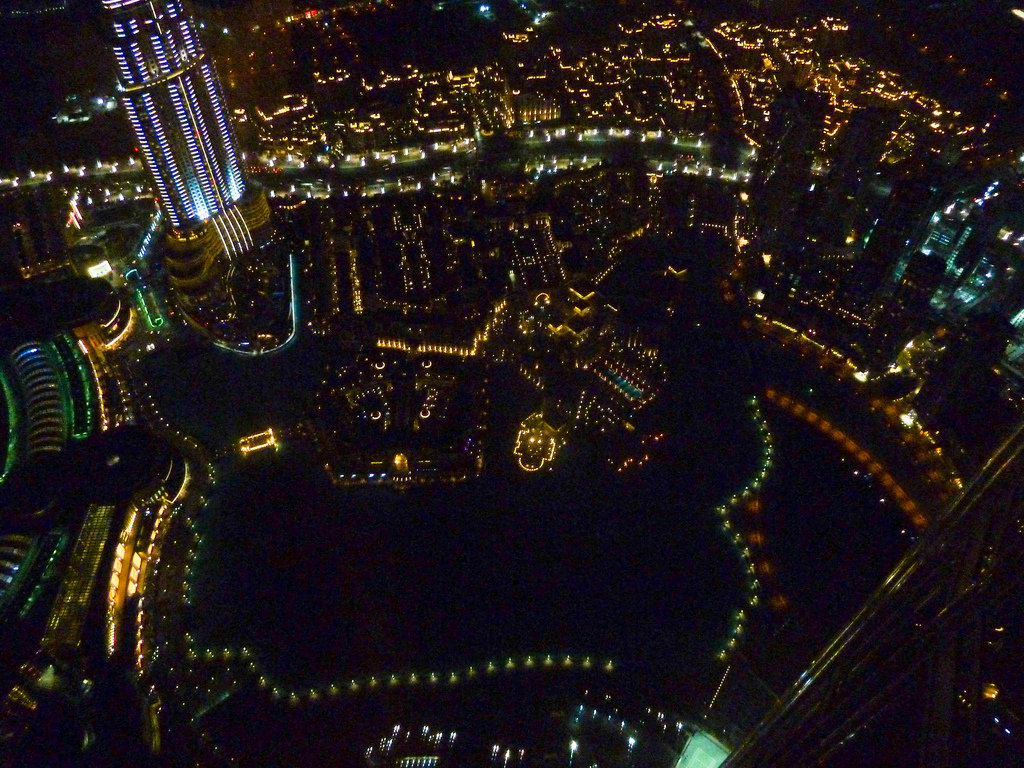 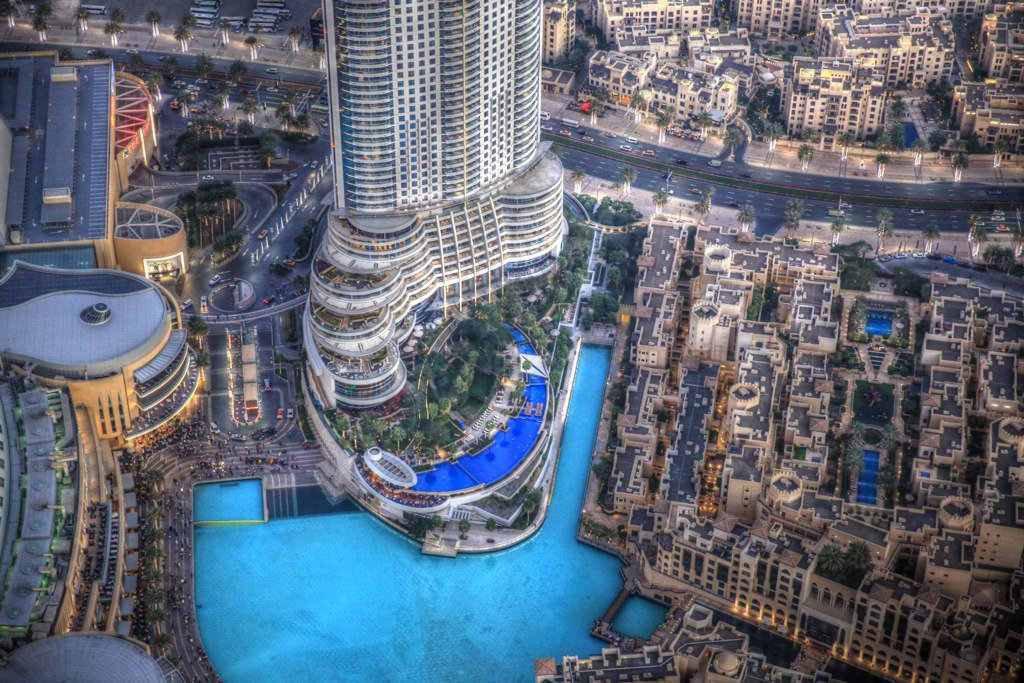 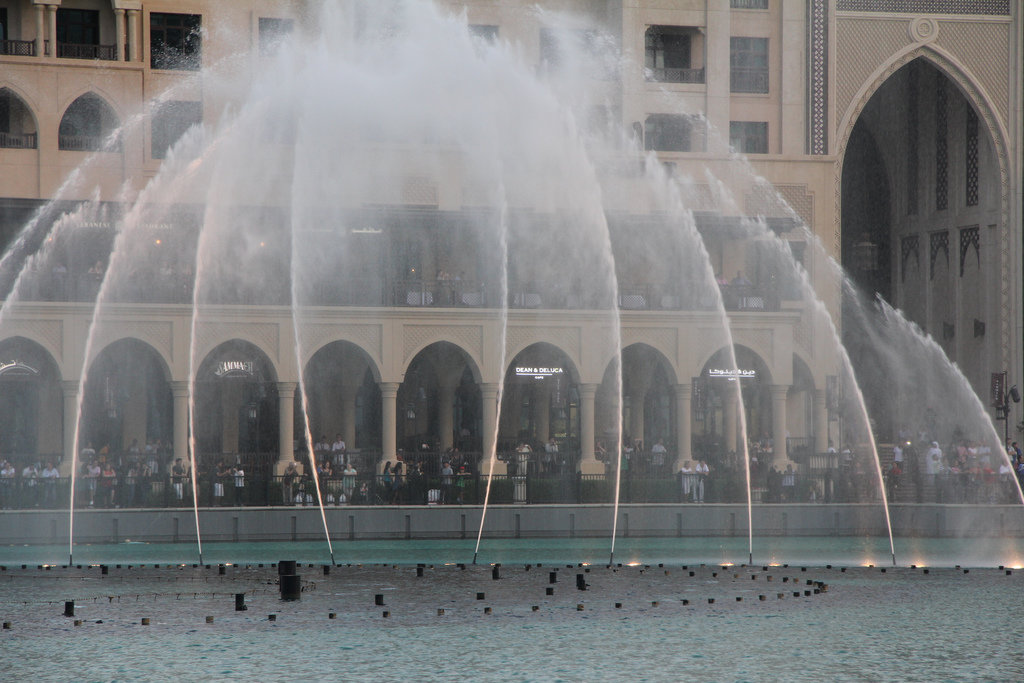 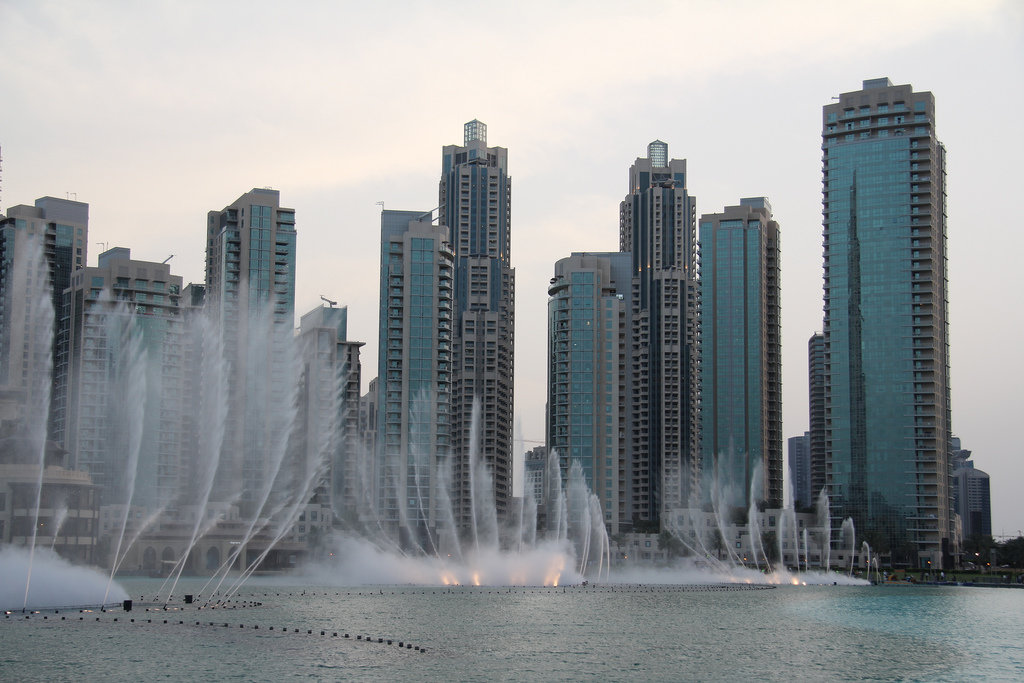