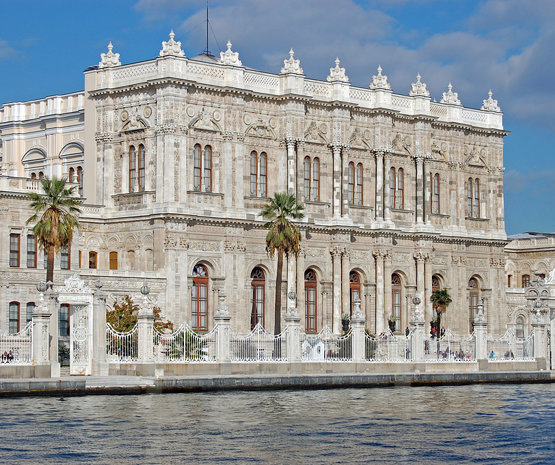 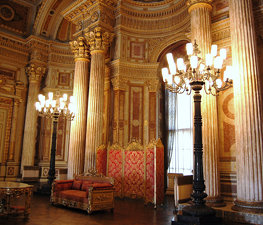 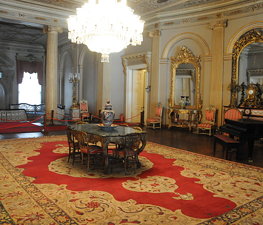 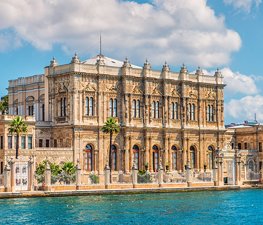 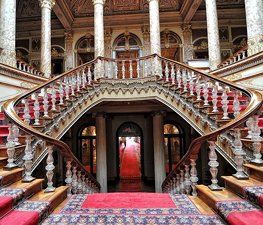 The Dolmabahçe Palace (Turkish: Dolmabahçe Sarayı) in Istanbul, Turkey, located at the European side of the Bosporus, served as the main administrative center of the Ottoman Empire from 1853 to 1922, apart from a twenty-year interval (1889-1909) in which the Yıldız Palace was used.

The Dolmabahçe Palace was built between the years 1843 and 1856 under the order of the Empire's 31st sultan, Sultan Abdülmecid , at a cost of five million Ottoman gold pounds, the equivalent of 35 tons of gold. Fourteen tons of gold in the form of gold leaf were used to gild the ceilings of the palace. Haci Said Aga was responsible for the building works while the project was realised by Evanis Kalfa, Karabet Balyan, his son Nikogos Balyan.

The design is basically western in style, with elements of Baroque, Rococo and Neo-Classic traditions blended with Ottoman traditional art and culture to form a new approach. Functionally, on the other hand, it is appropriate to the traditional Ottoman palace life and also to the Turkish House features. It is the biggest palace in Turkey considering that the area monoblock building occupies 15000 sqm.

The Dolmabahçe Palace was home to six sultans from 1856, when it was first inhabited, up until the abolishment of the Caliphate in 1924: The last royal to live here was Caliph Abdülmecid Efendi. A law that went into effect on March 3, 1924 transferred ownership of the palace to the national heritage of the new Republic. Mustafa Kemal Atatürk, the founding leader of this modern republic, used the palace as a presidential house in summers and enacted some of this most important works here. Atatürk spent his last days and died here on 10 November 1938.

The site of Dolmabahçe was originally a bay in the Bosporus which was filled gradually during the 18th century to become an imperial garden, much appreciated by the Ottoman sultans; it is from this garden that the name Dolmabahçe (Filled garden) comes from, dolma meaning "filled" and bahçe meaning "garden." Various summer palaces were built here during the eighteenth and nineteenth centuries. The palace that stands here today was built between 1842 and 1853 during the reign of Sultan Abdülmecid, on the site of the old coastal palace of Beşiktaş, by the Armenian architect Garabet Amira Balyan and his son Nigoğayos Balyan. The Sultans moved here, since the old Topkapı Palace lacked the modern luxuries that Dolmabahçe could provide.

The palace is composed of three parts; the Mabeyn-i Hümâyûn (or Selamlık, the quarters reserved for the men), Muayede Salonu (the ceremonial halls) and the Harem-i Hümâyûn (the Harem, the apartments of the family of the Sultan). The palace has an area of 45,000 m2 (11.2 acres), and contains 285 rooms, 44 halls, 6 baths (hamam) and 68 toilets.

The famous has the shape of a double horseshoe and is built of Baccarat crystal, brass and mahogany. The palace includes a large number of Hereke palace carpets made by the Hereke Imperial Factory. Also featured are 150-year-old bearskin rugs originally presented to the Sultan as a gift by the Tsar of Russia.

The palace is managed by Milli Saraylar Daire Başkanlığı (Directorate of National Palaces) responsible to the Grand National Assembly of Turkey. Dolmabahçe Palace Museum is open to public on weekdays from 9:00 to 15:00, except Mondays and Thursdays.

A visit to the Dolmabahce Palace begins at the Medhal Hall. Rooms lead from the Medhal are towards the sea and the land. The rooms facing the sea were used by the leading Ottoman officials, the Grand Vizier and the other state ministers, while the rooms facing the land were used by various administrators of the palace and the state, including likes as Palace Marshall, Sheikhulislam (the leading religius figure), and the members for the House of Representatives (Meclis-i Mebusan) and the Senate (Meclis-i Ayan).

Guests would first wait in this hall and then would be led inside at the proper time by a palace protocol officer. Upon entering the Medhal, you can see on either side of the room the Boulle tables which bear the monogram of Sultan Abdulmecid on top. The royal monogram of the sultan is also on the fireplace. The English chandelier hanging in the middle of this room has sixty arms. The Hereke fabrics used as upholstery for the furniture and as draperies are in the royal shade of red.

The second room after the Medhal to the right is the Clerk's Hall, also referred to as the "Tiled Room." The largest painting in the palace collection, a depiction of the Surre Procession by Stefano Ussi, hangs on the left wall of this hall. Surre was used to refer to the caravan travelled from Istanbul to Mecca during the religious month of Recep bearing the monetary aid used to support the maintenene and the decoration of the Kabba and to provide help tp local population of Hecaz.

On the wall to the right is a painting signed by the Austrian artist Rudoplh Ernst depicting the fire at the Paris Municipal Theater and another painting of a Dutch Village Girl by Delandre. Decorated with French style furniture, this room also contains very valuable porcelain vases.

Mustafa Kemal Atatürk, the founder and first president of Turkey, spent his last days in the palace as his health deteriorated. Atatürk died at 9:05 a.m. on November 10, 1938, in a bedroom that is now part of the museum. All the clocks in the palace were set to that time at 9:05 a.m. However, this has changed recently and clocks are set on different times around the palace. The clock in the room is still pointing to 9:05 a.m.

Turkish Airlines
Located in the Besiktas district of Istanbul, the Dolmabahce Palace is a landmark that should not be missed! Get lost among beauty and history as you walk around the glamourous palace and its grounds.

Ella J Arjmand
Beautiful garden, and very impressive and magnificent architecture. Definitely worth a visit if you’re going to Istanbul. And of course taking pictures are forbidden inside the palace.

T S
One of the most greatest luxuries palaces in the world. Highly recommended for Istanbul visitors.

Ana Maria Ziroglu
Very impressive. Amazing the rooms and luxury that these sultans enjoyed. Also very impressed by where ataturk stayed as well. The harem tour is also amazing. Beautiful sites and history! A must see!

Burcu Yatmazoglu
One of the most important historical places for Turkish people where the founder of modern Turkish Republic Ataturk used as his office and passed away. Amazing history, beautiful architecture.

Beşiktaş Sahili is a tourist attraction, one of the Markets and b

The Massandra Palace was a residence of Emperor Alexander III of 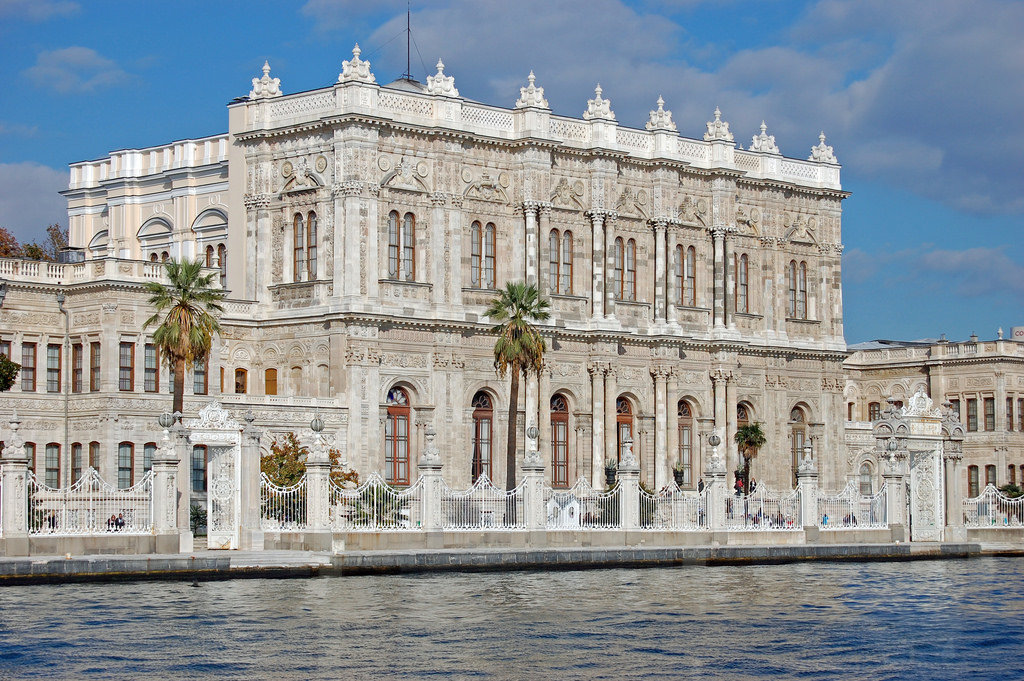 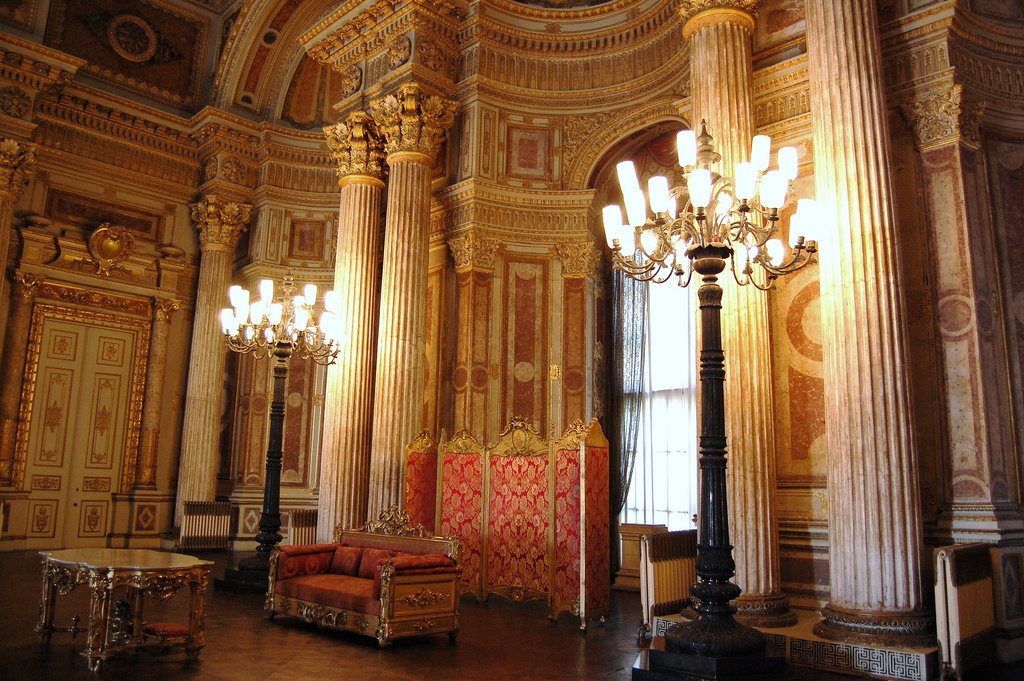 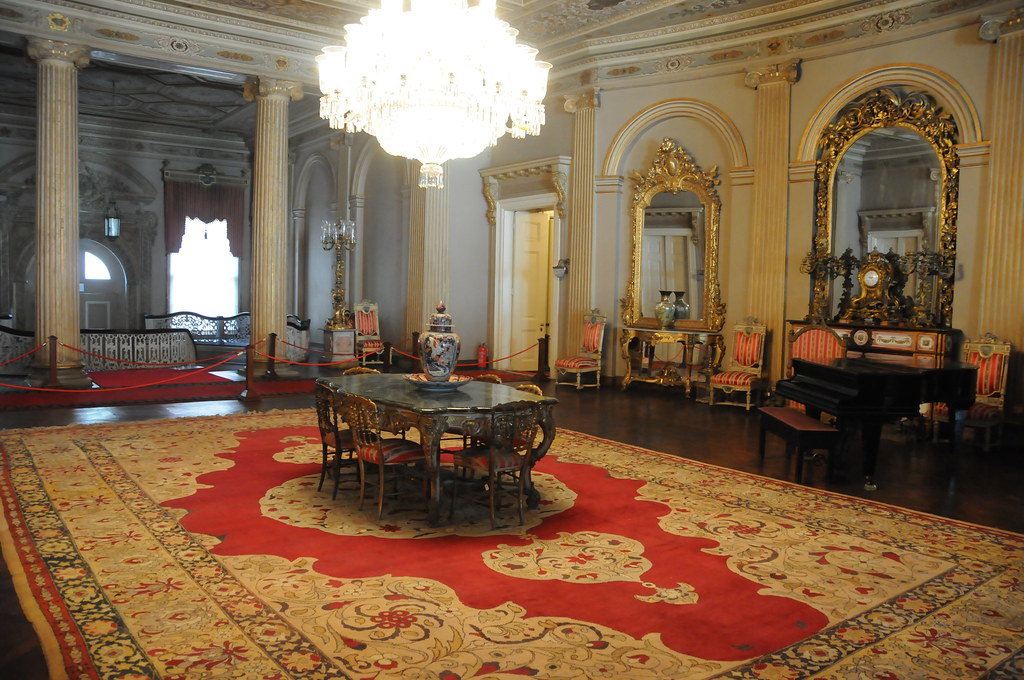 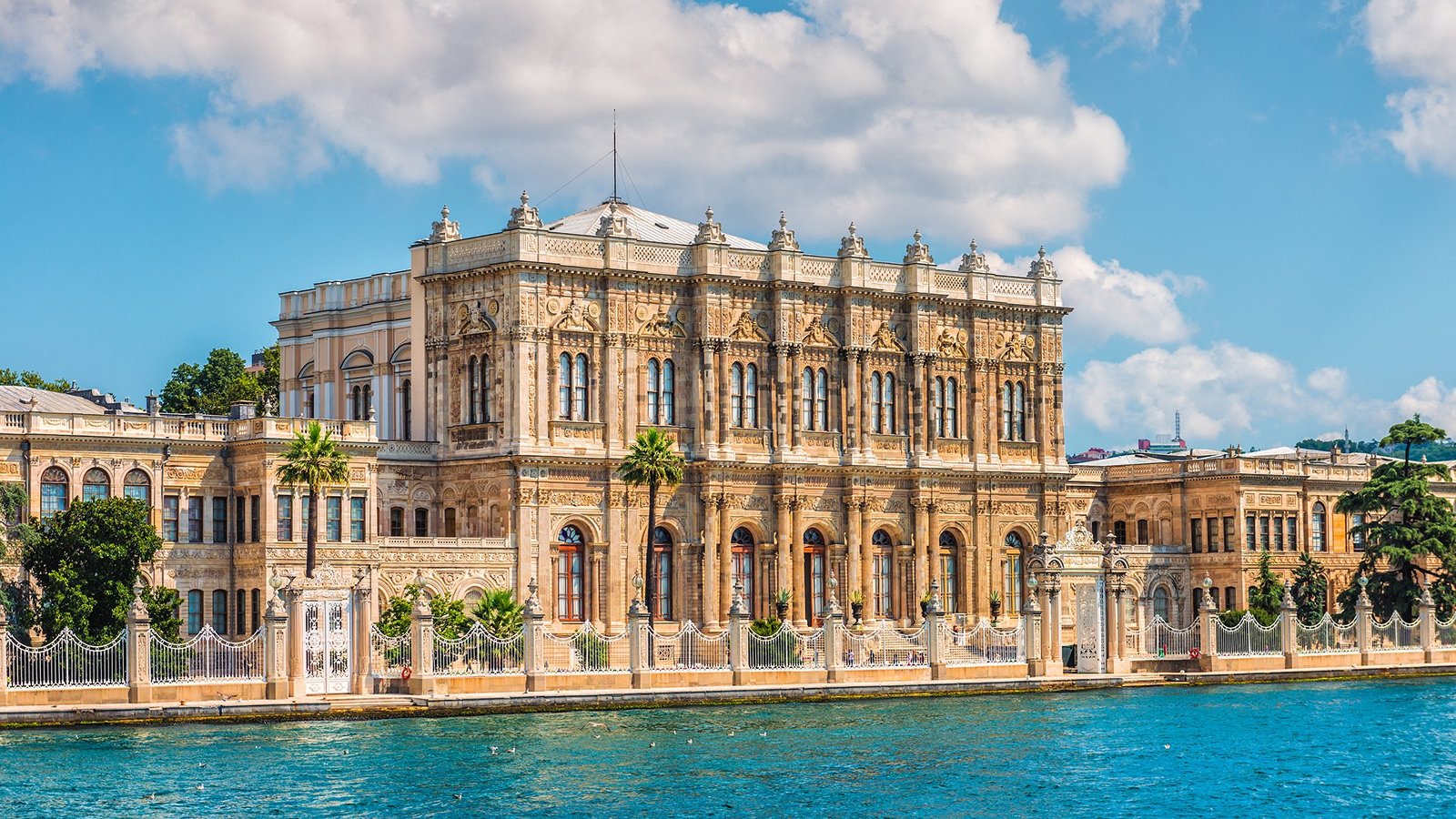 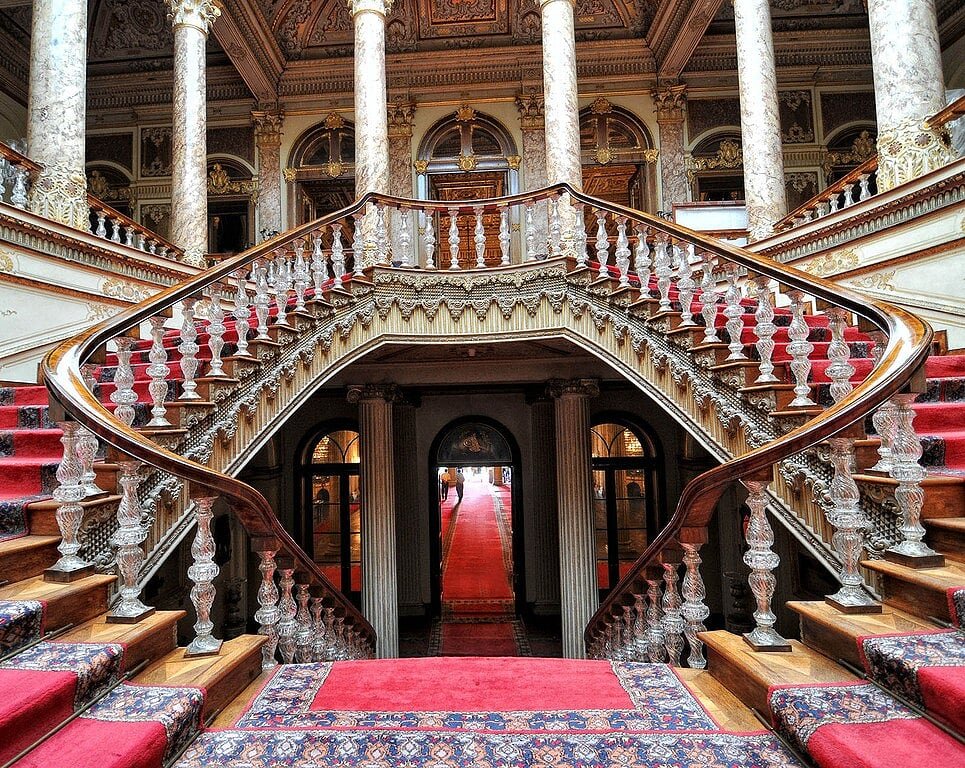 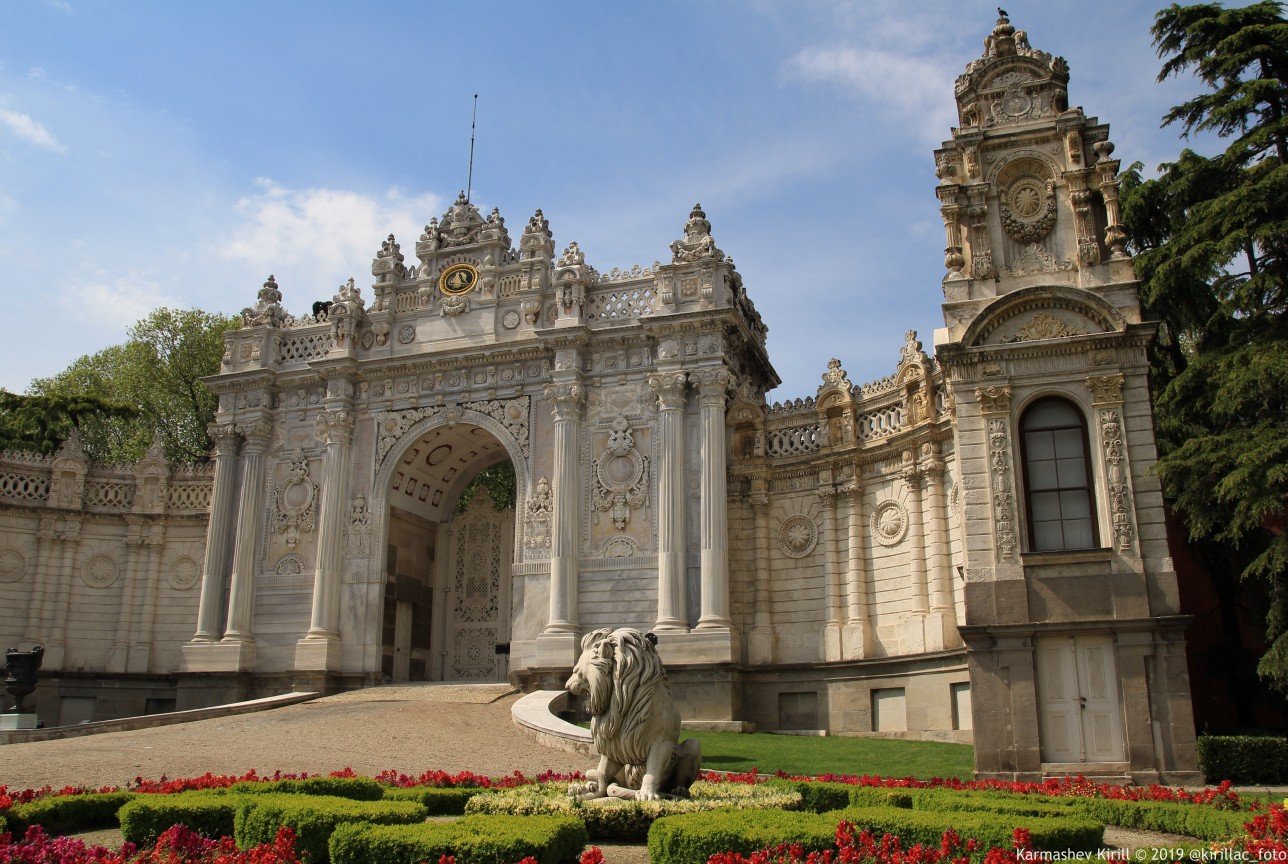 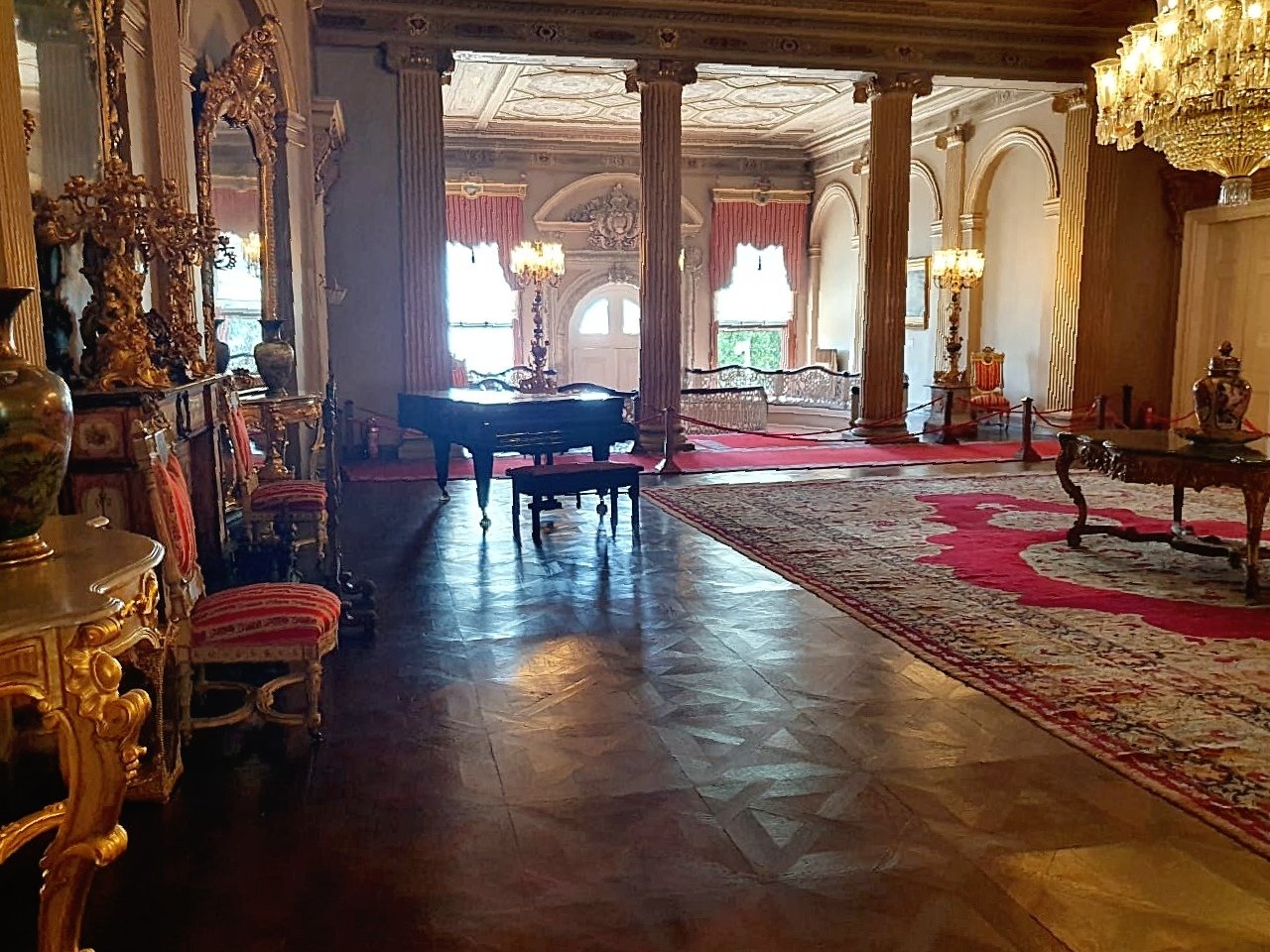 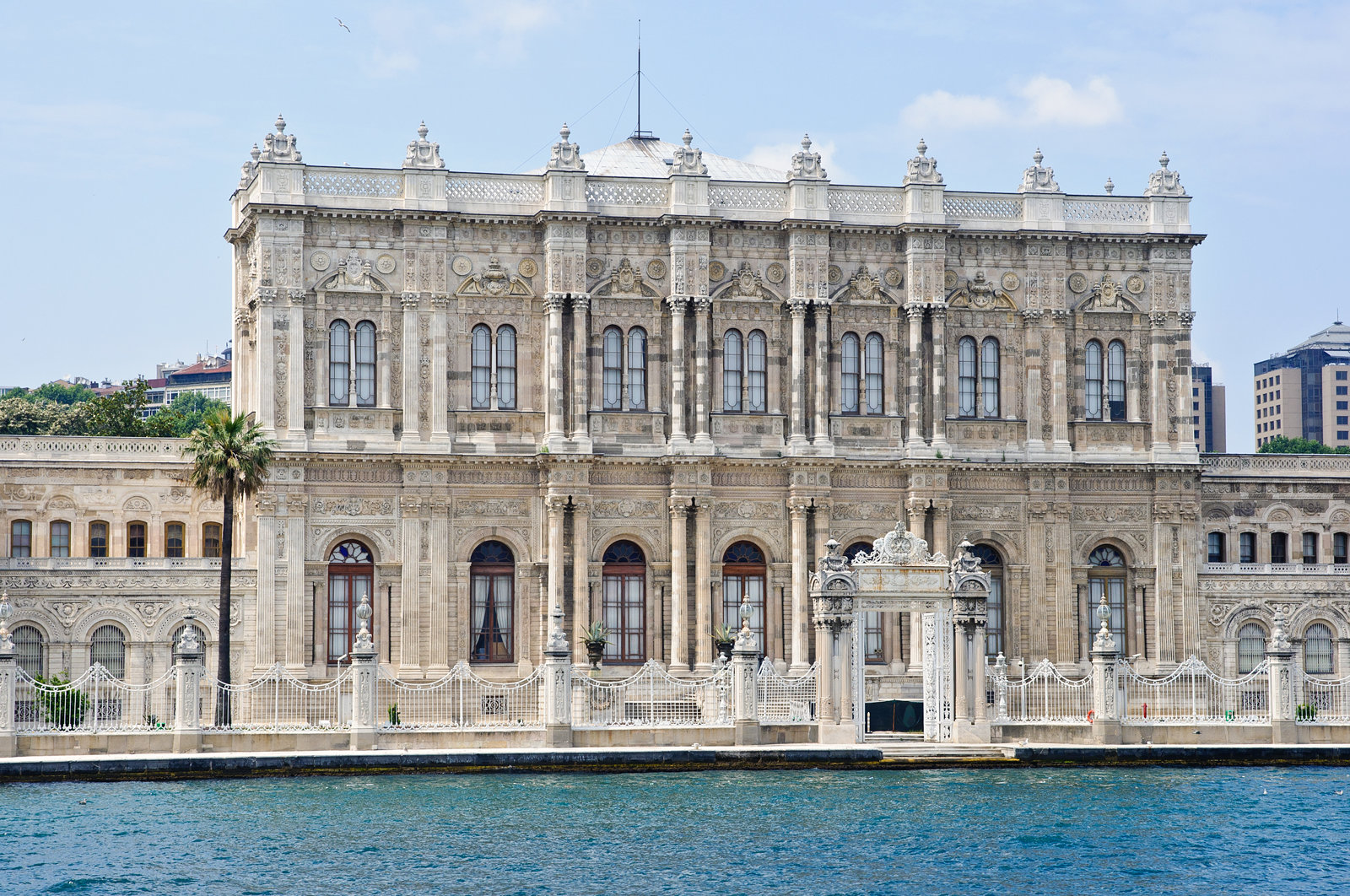 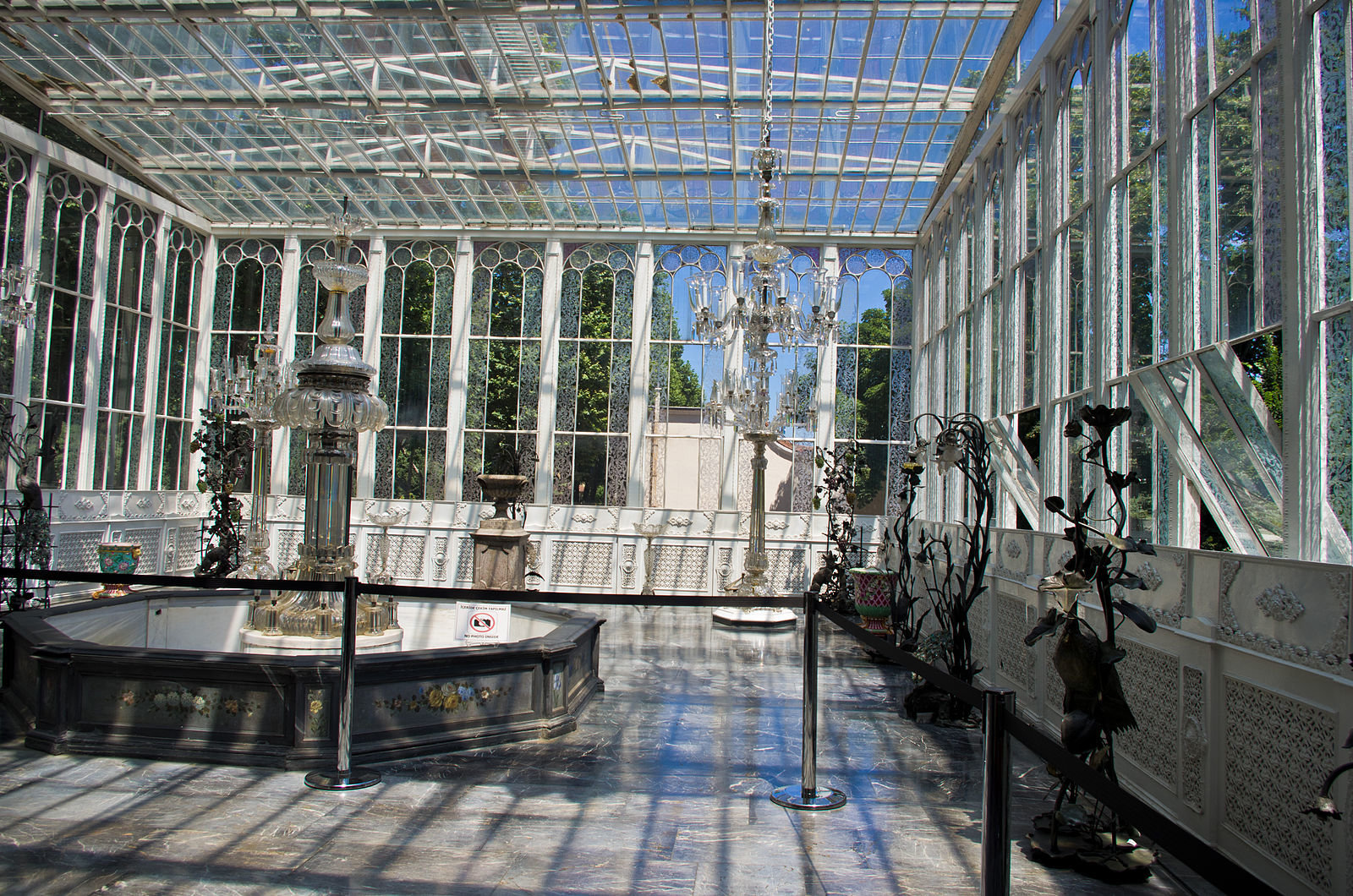 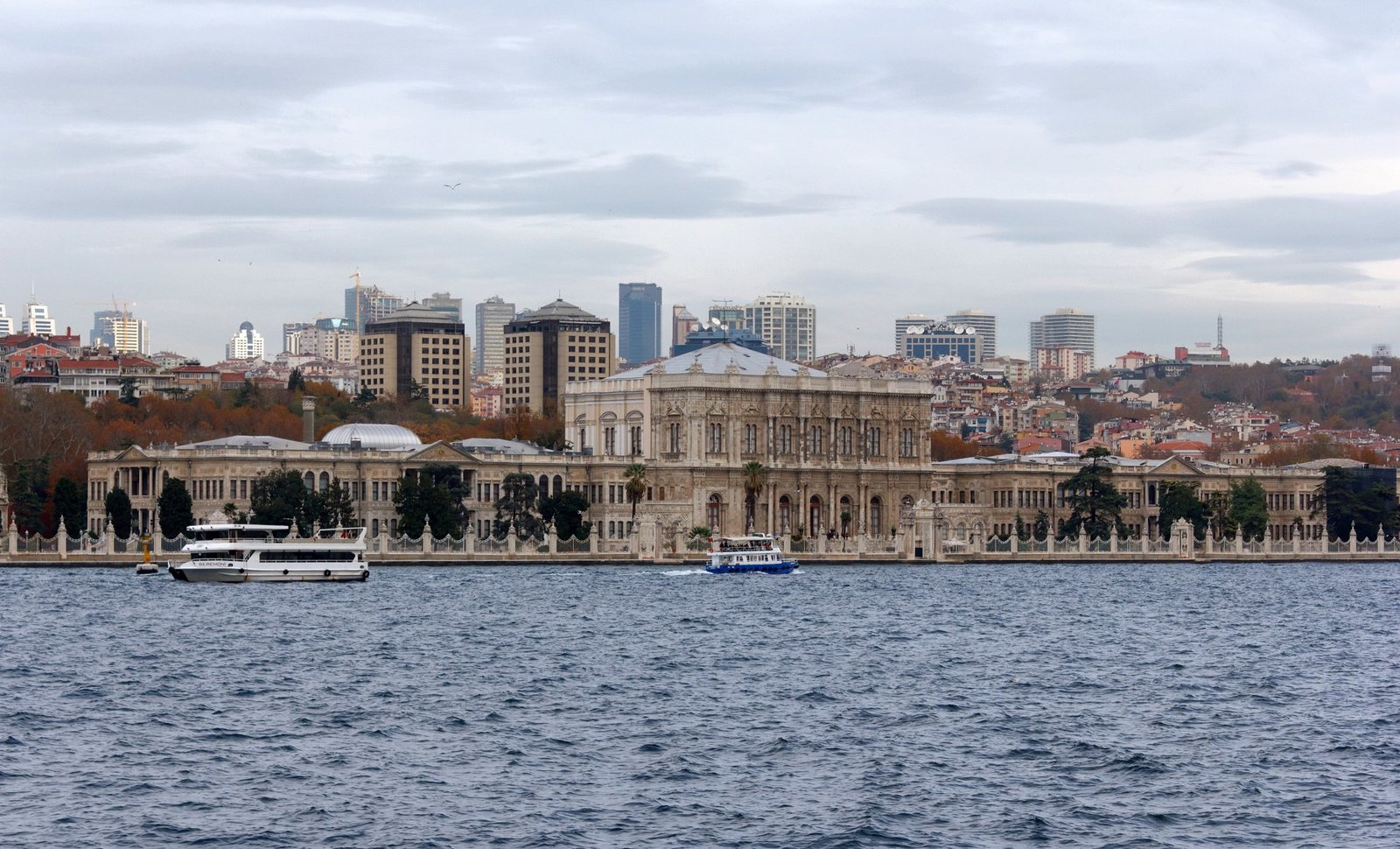 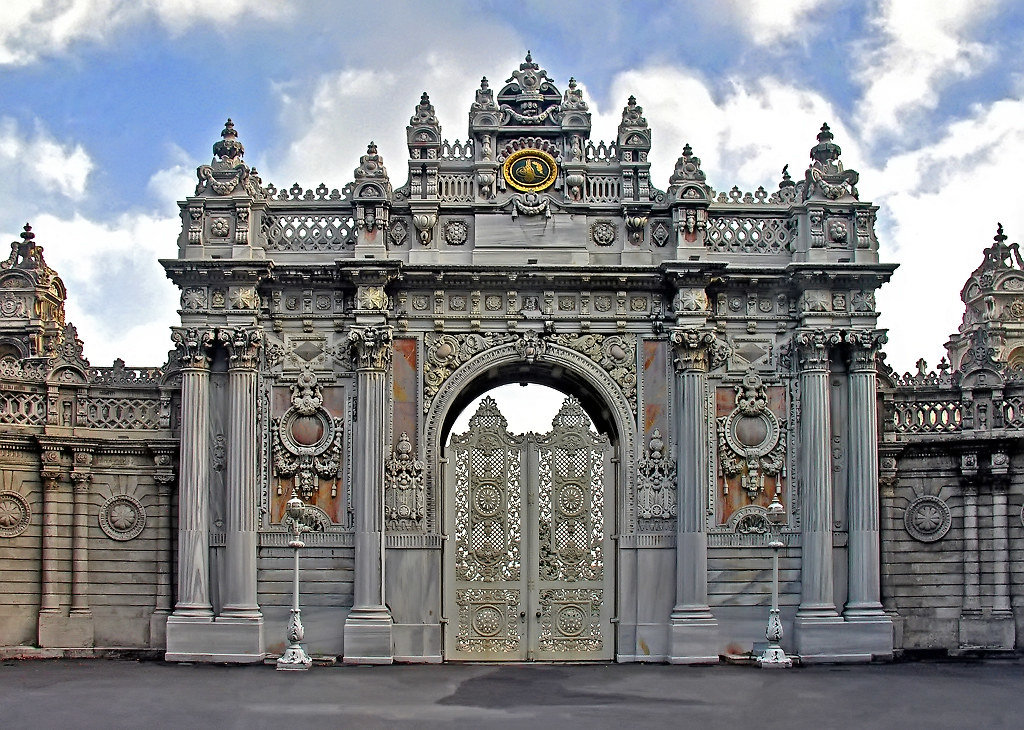 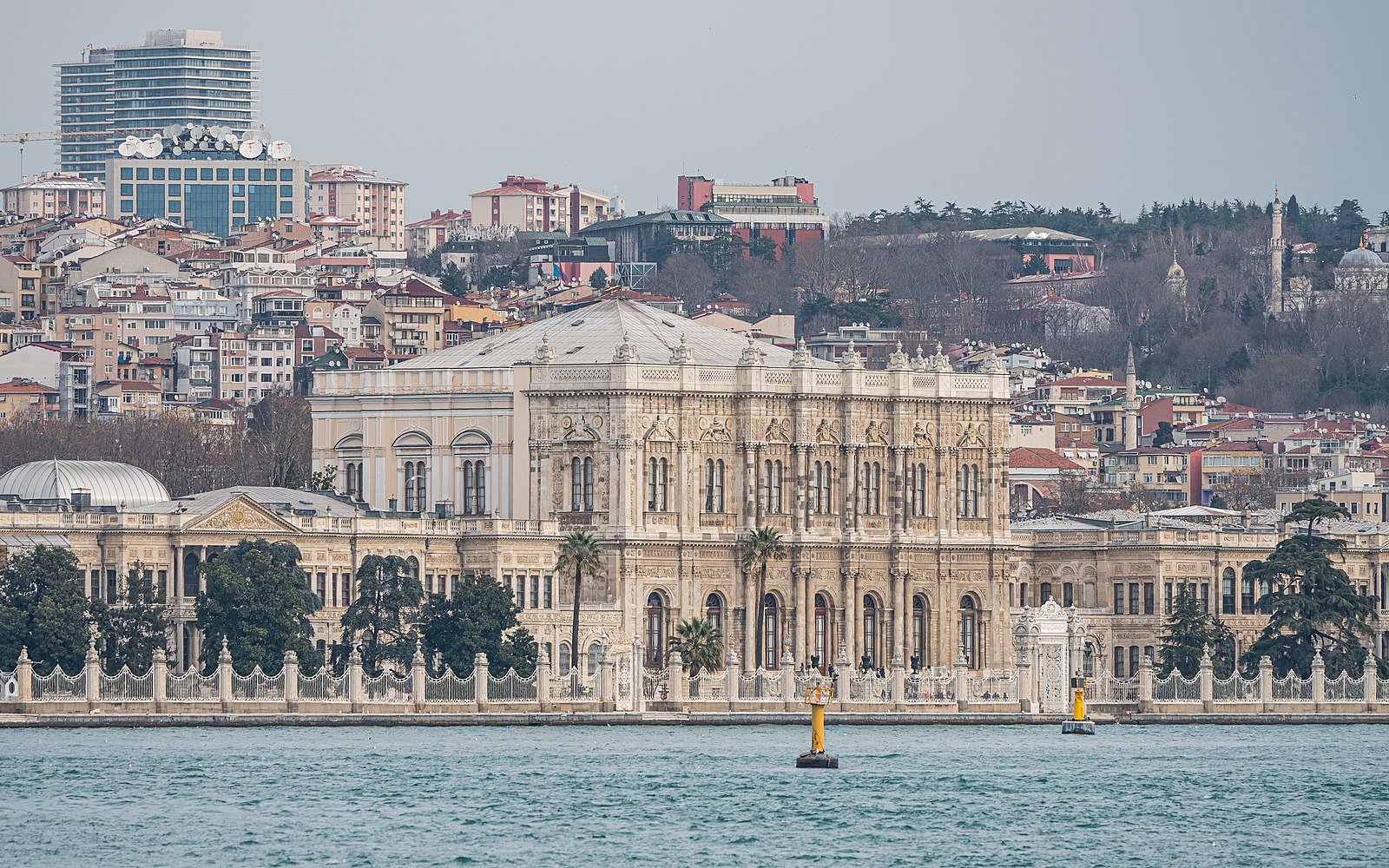 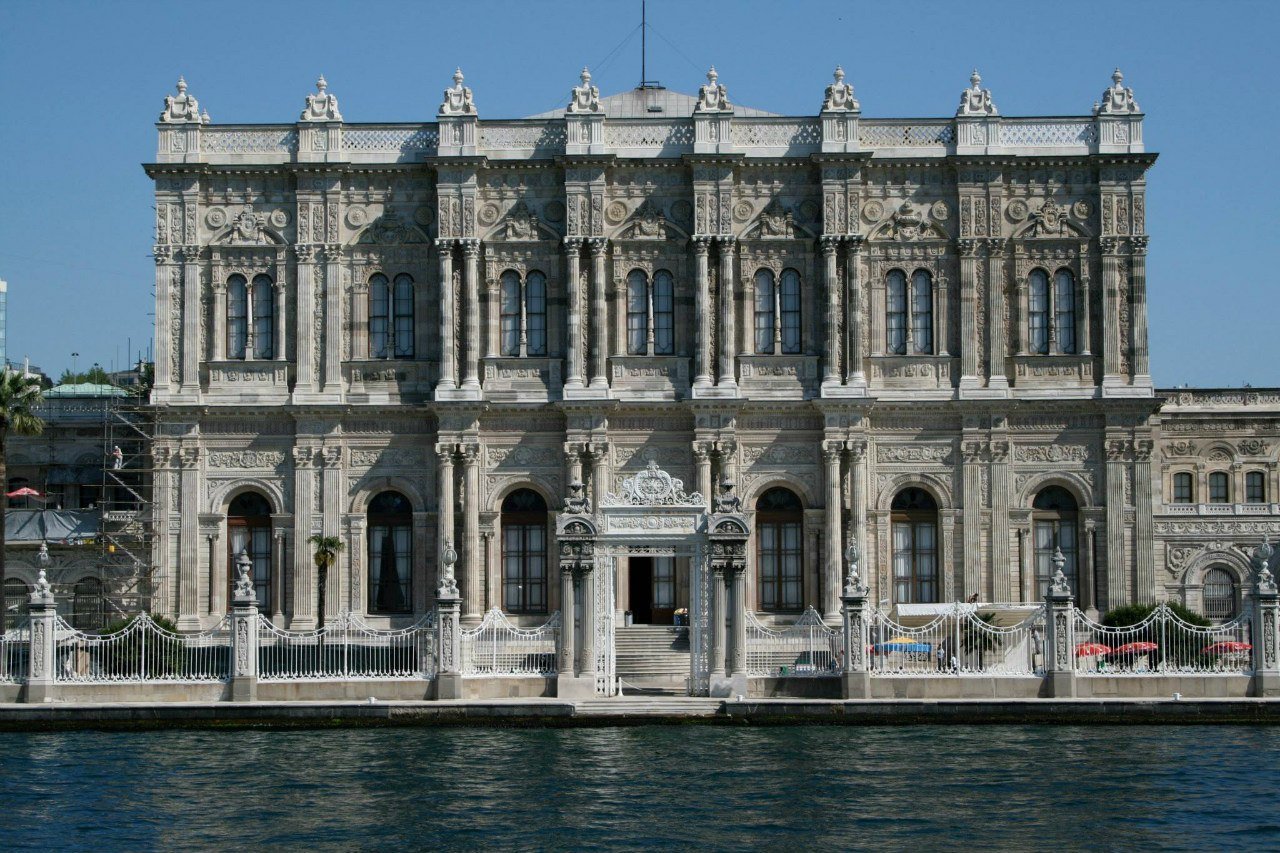 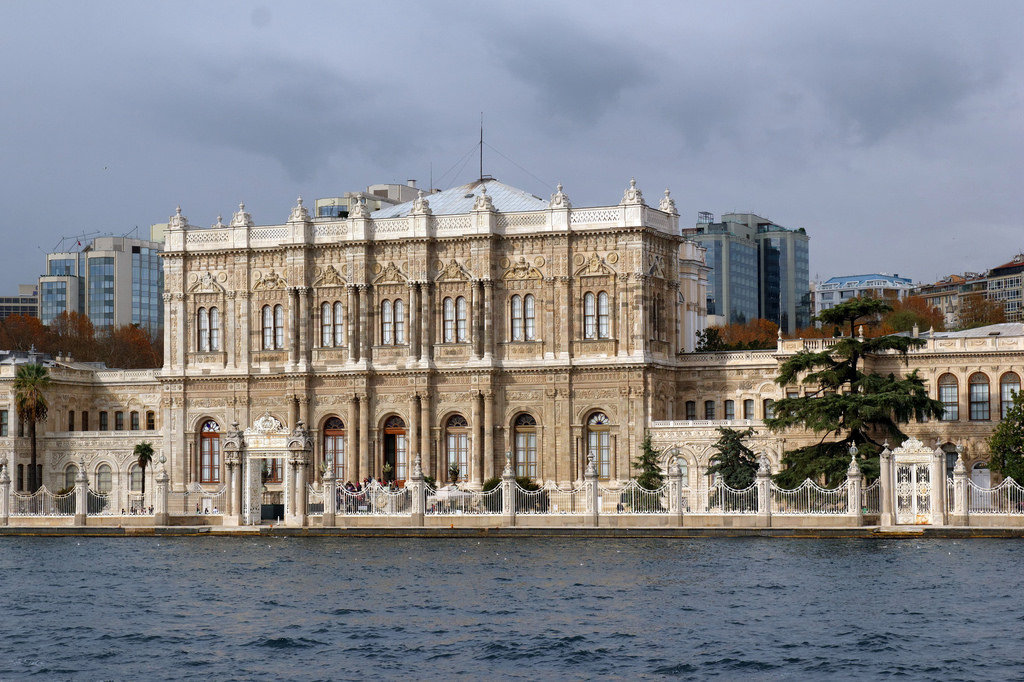 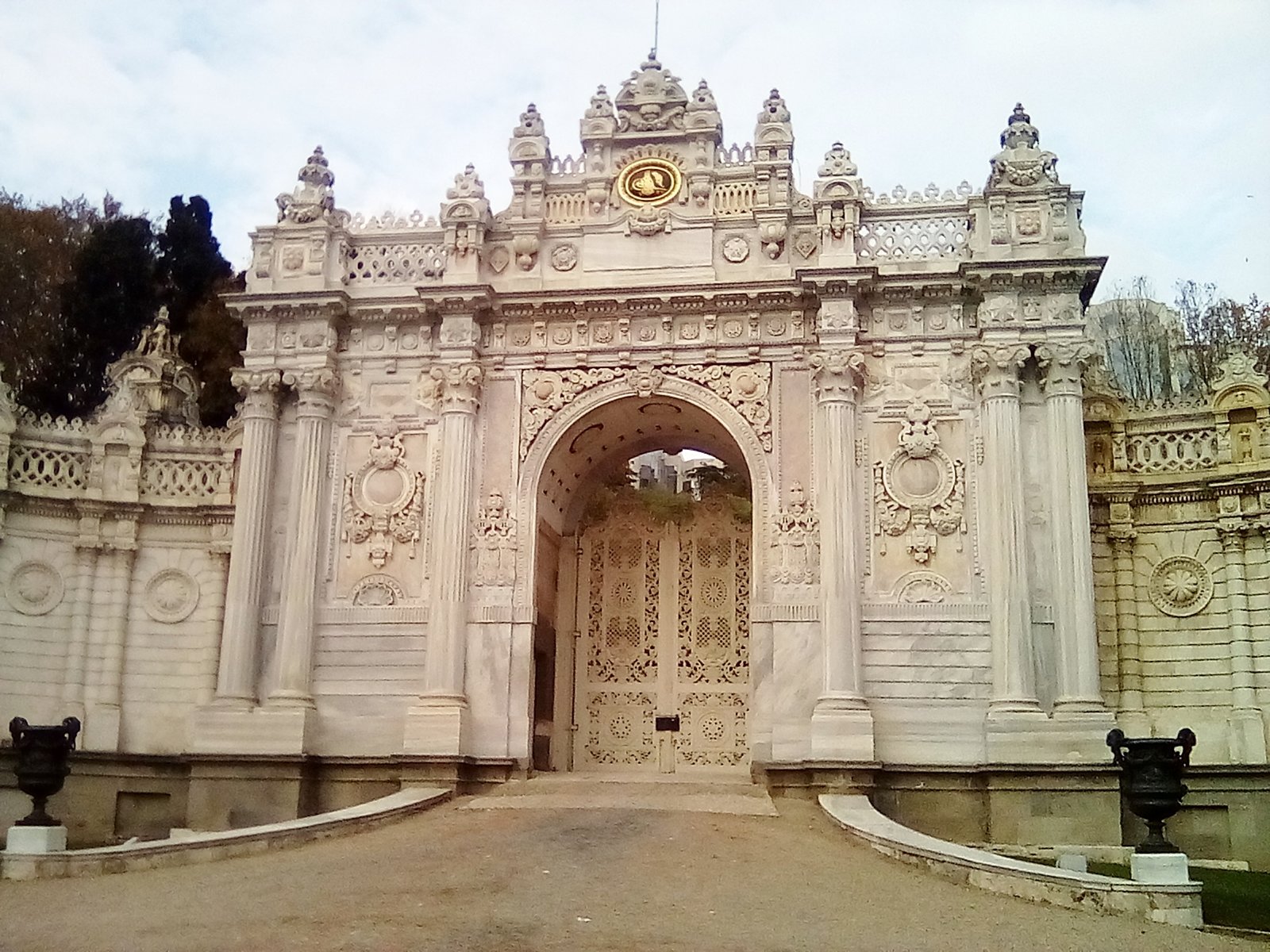 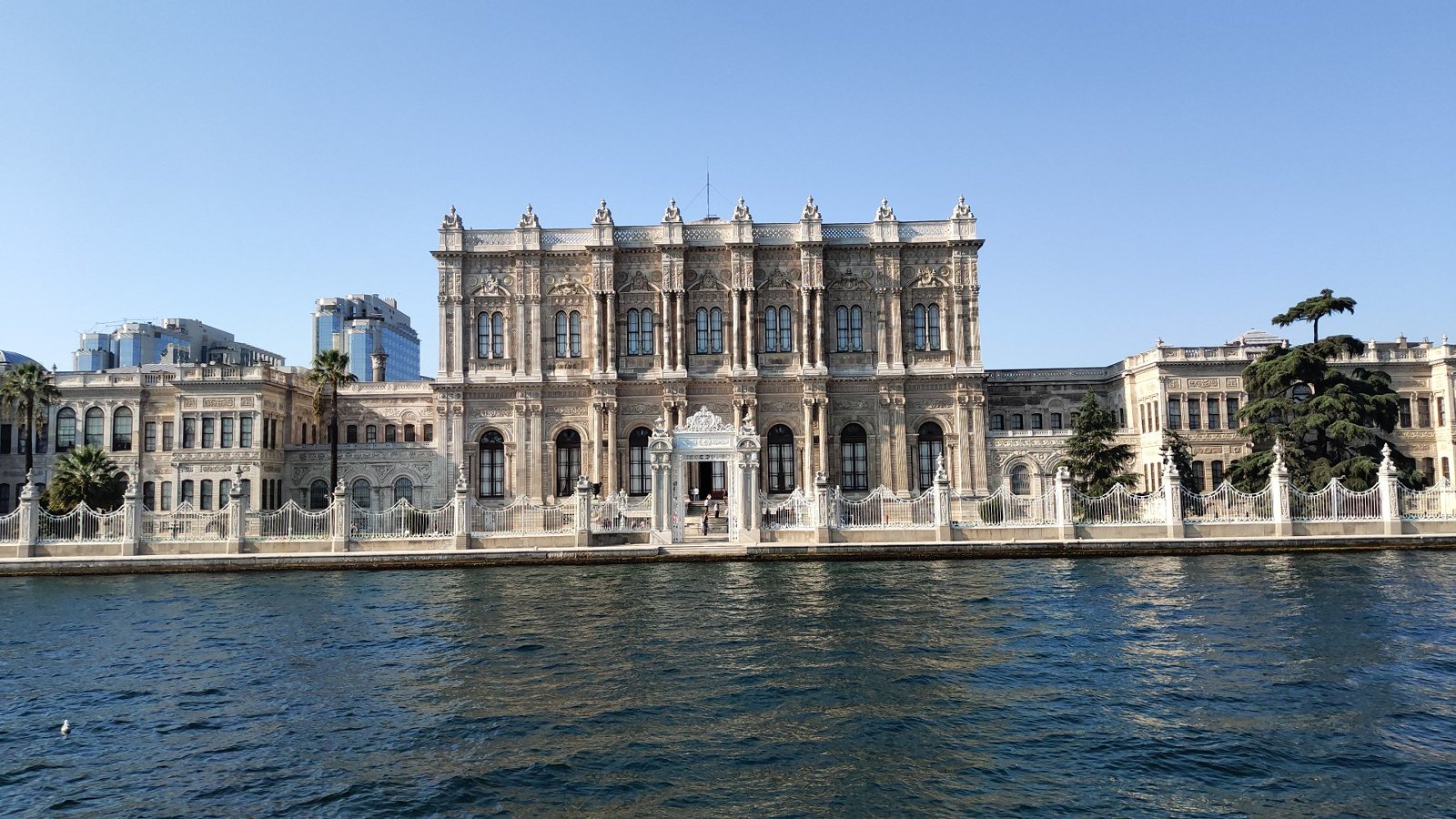 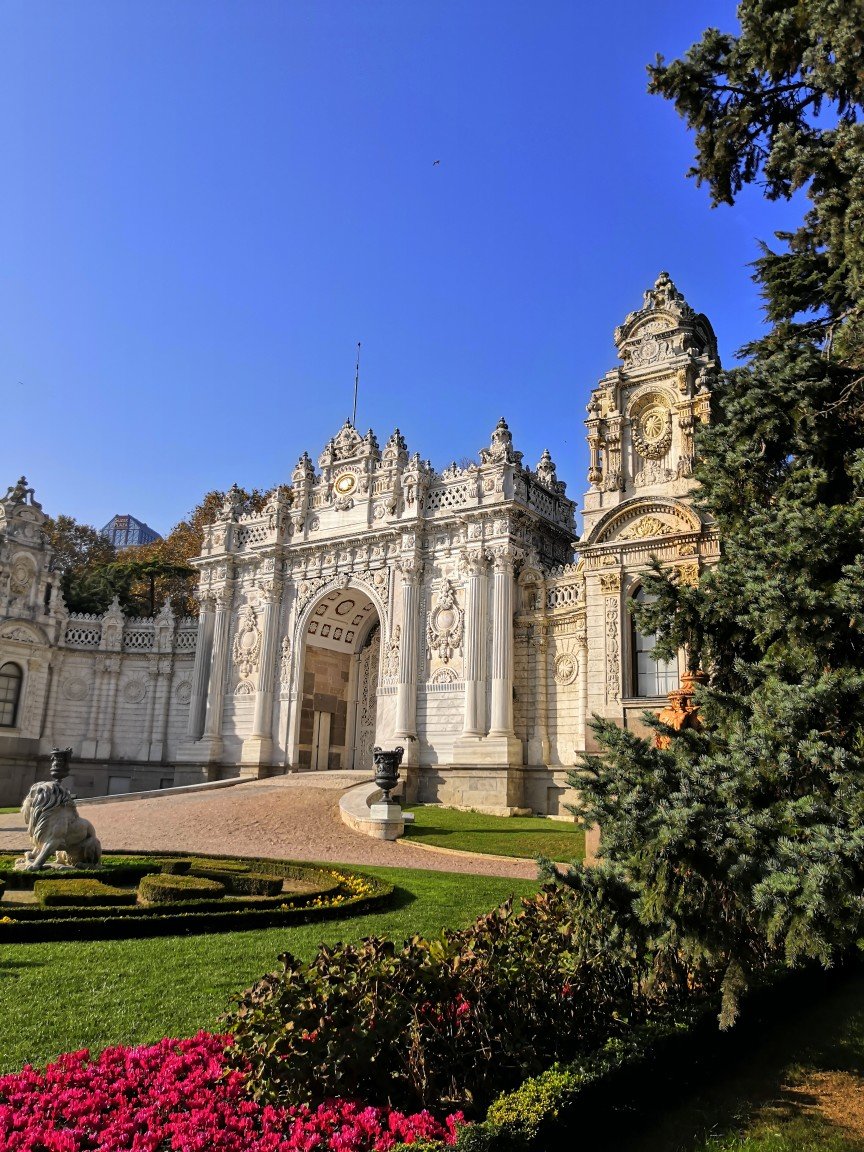 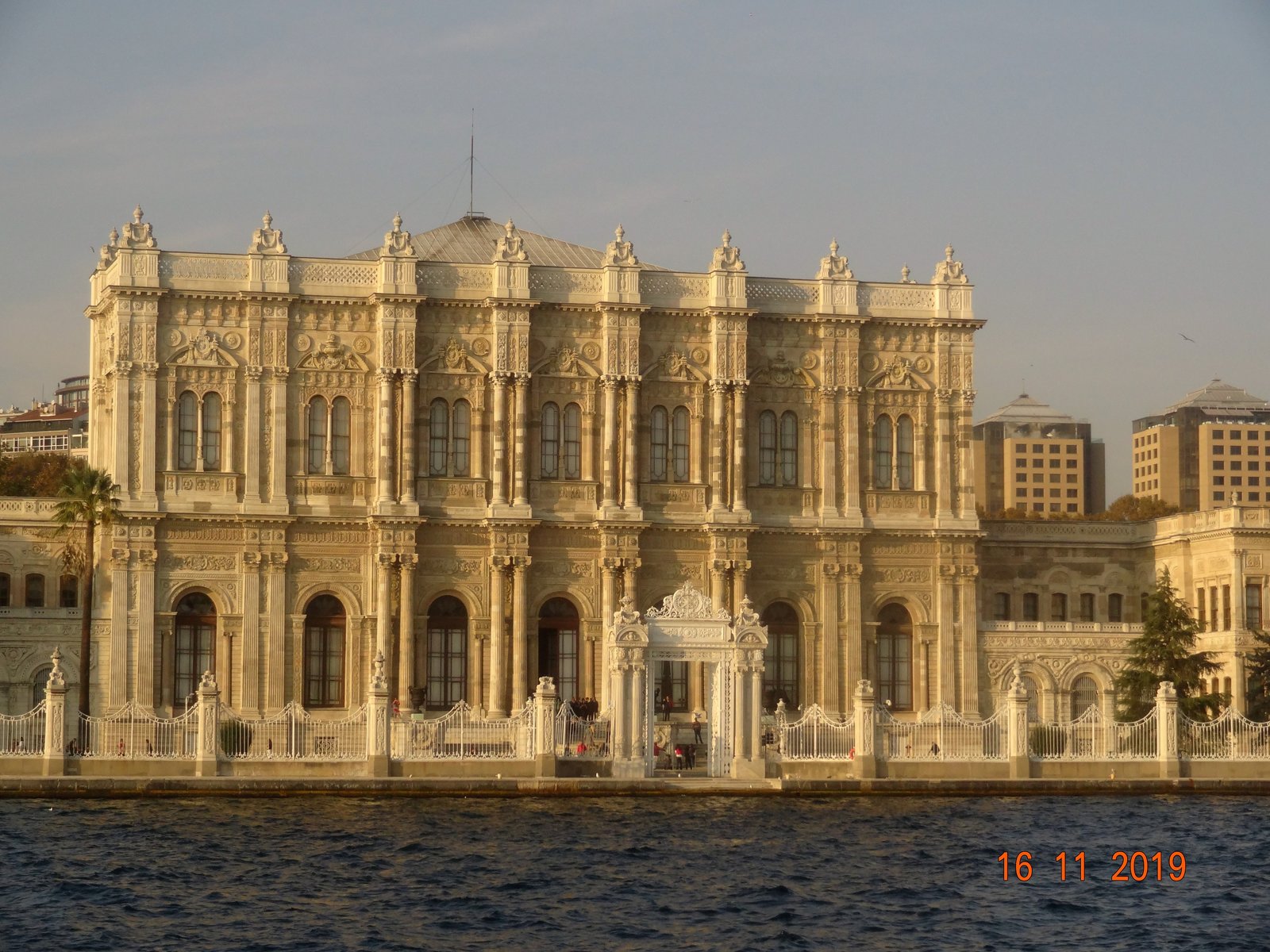 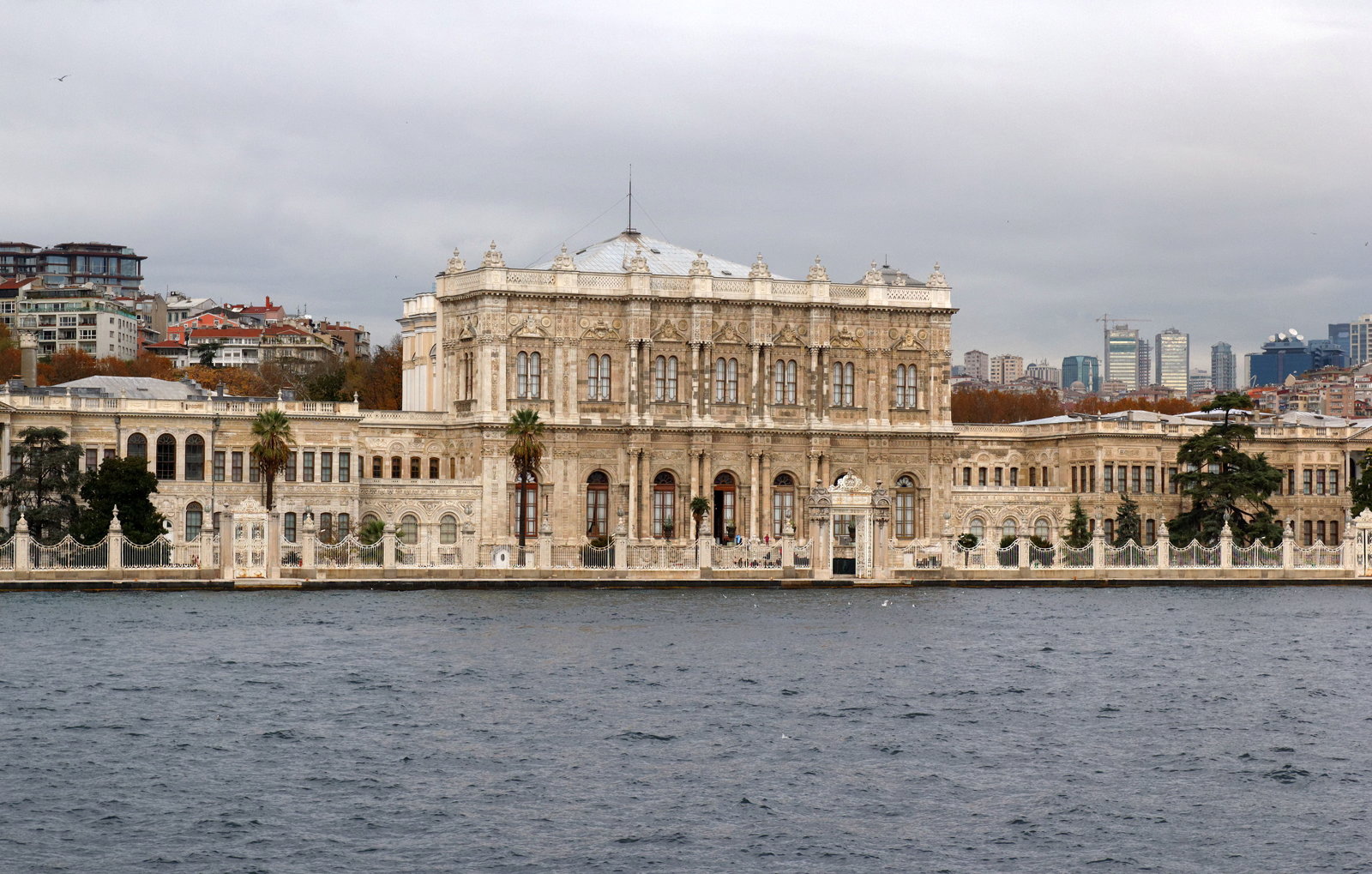 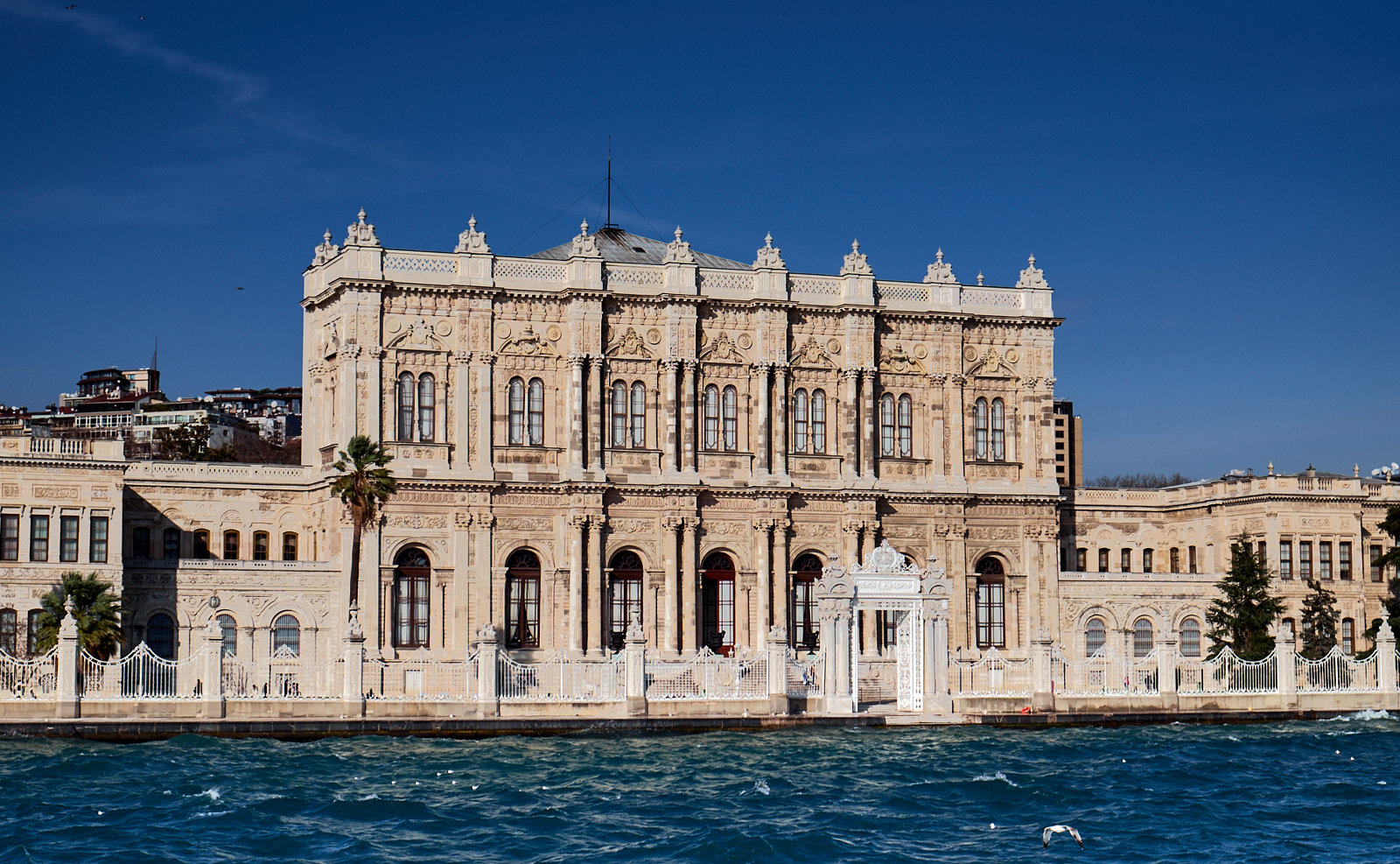 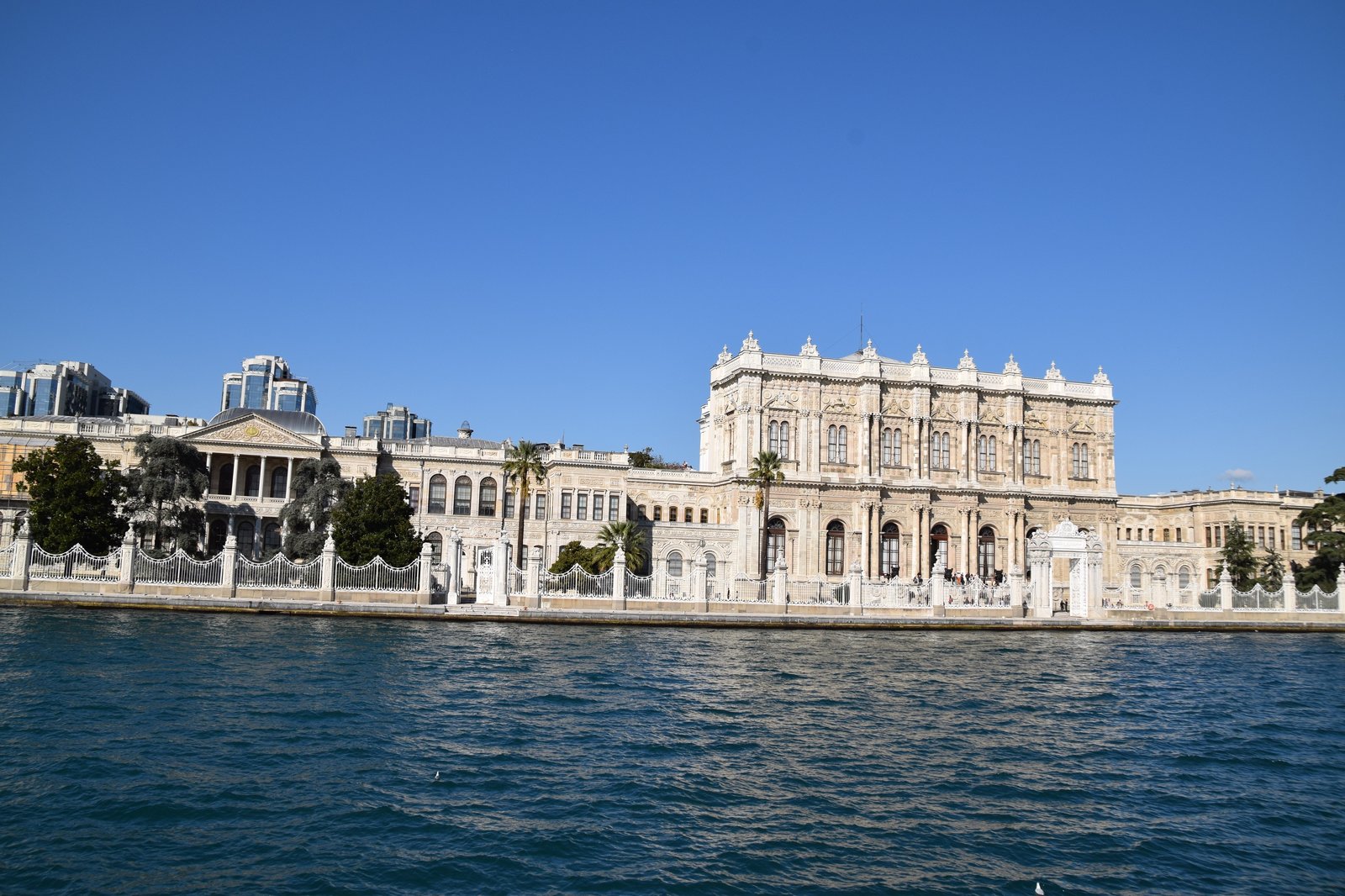