×
What are you looking for?
See all results
Hydroelectric power stations in Kichkas 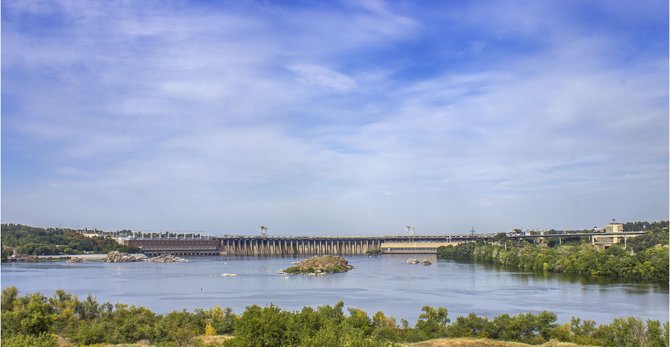 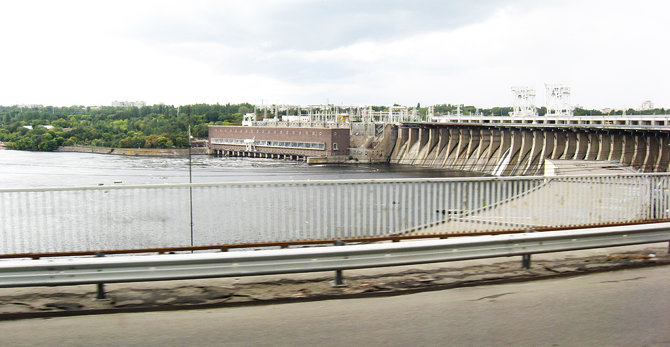 The earliest plans for a hydroelectric station date back to 1905, but plans for a dam to inundate the Dnieper Rapids and make the whole length of the river navigable had been made in the 19th century. One of the designs for a station was proposed by a Ukrainian engineer, Mohylko. The design that was accepted dates back to the GOELRO electrification plan for the USSR, which was adopted in early 1920s. The station was designed by Prof. Ivan Alexandrov, a chief expert of GOELRO who later became a head of the RSFSR State Planning Commission. The station was planned to provide electricity for several aluminium production plants and a high quality steel production plant that were also to be constructed in the area.

The construction of this heavyweight of the Soviet Industrialization was accompanied by a wide propaganda effort. Leon Trotsky, by then out of power, campaigned for the idea within the ruling Politburo in early 1926. In a speech to the Komsomol youth movement, he said:

Vkontakte User @ Vkontakte
In the south the Dnieper runs its course through the wealthiest industrial lands; and it is wasting the prodigious weight of its pressure, playing over age-old rapids and waiting until we harness its stream, curb it with dams, and compel it to give lights to cities, to drive factories, and to enrich ploughland. We shall compel it!

The dam and its buildings were designed by the constructivist architects Viktor Vesnin and Nikolai Kolli. Construction began in 1927 and the plant started to produce electricity in October 1932. Generating some 650 MW, the station became the largest Soviet power plant at the time and one of the largest in the world. American specialists under the direction of Col H. Cooper took part in the construction. The first five giant power generators were manufactured by General Electric. During the second 5-year plan four more generators of similar power produced by Elektrosila in Leningrad were installed.

The industrial centres of Zaporizhia, Kryvy Rih and Dnipropetrovsk grew from the power provided by the station, including such energy-consuming industries as aluminum production, which was vitally important for Soviet army aviation.

During World War II, the strategically important dam and plant, then known as the Dniprostoj Hydro Power Plant, was dynamited by retreating Soviet troops in 1941, and then again by the retreating German troops in 1943. In the end the dam suffered extensive damage, and the powerhouse hall was nearly destroyed. Both were rebuilt between 1944 and 1949. Power generation was restarted in 1950. In 1969-80, the second powerhouse was built with a planned production capacity of 836 MW.

island.]] Currently, the dam is over 800 metres long and 61 metres high. When constructed it raised the level of the Dnieper by 37 metres, flooding the rapids above and making the entire Dnieper navigable. Over its long history, the dam was hailed as one of the biggest achievements of Soviet industrialization programs. Today the dam has been privatized and continues to power the adjacent industrial complexes. The pressure of the water leaving the dam is at 38,7 metres and the reservoir that is behind it is 33.3 cubic kilometres. The dam is also used by automobile traffic as it is the only second point in the city of Zaporizhia to cross the river.

See all hotels See all
Apartment on Patriotychna Street

Музей техники Фаэтон is a tourist attraction, one of the Transport 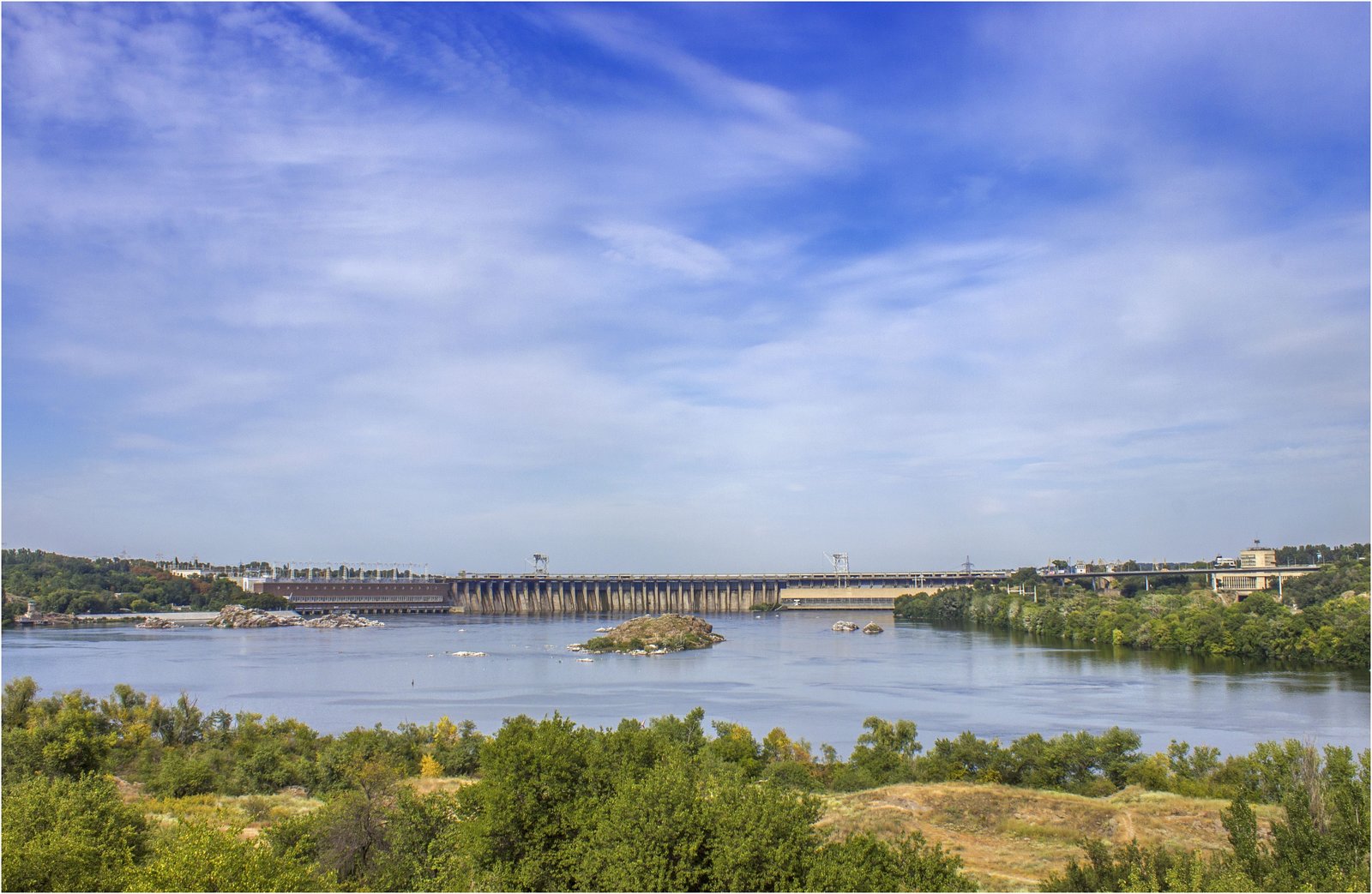 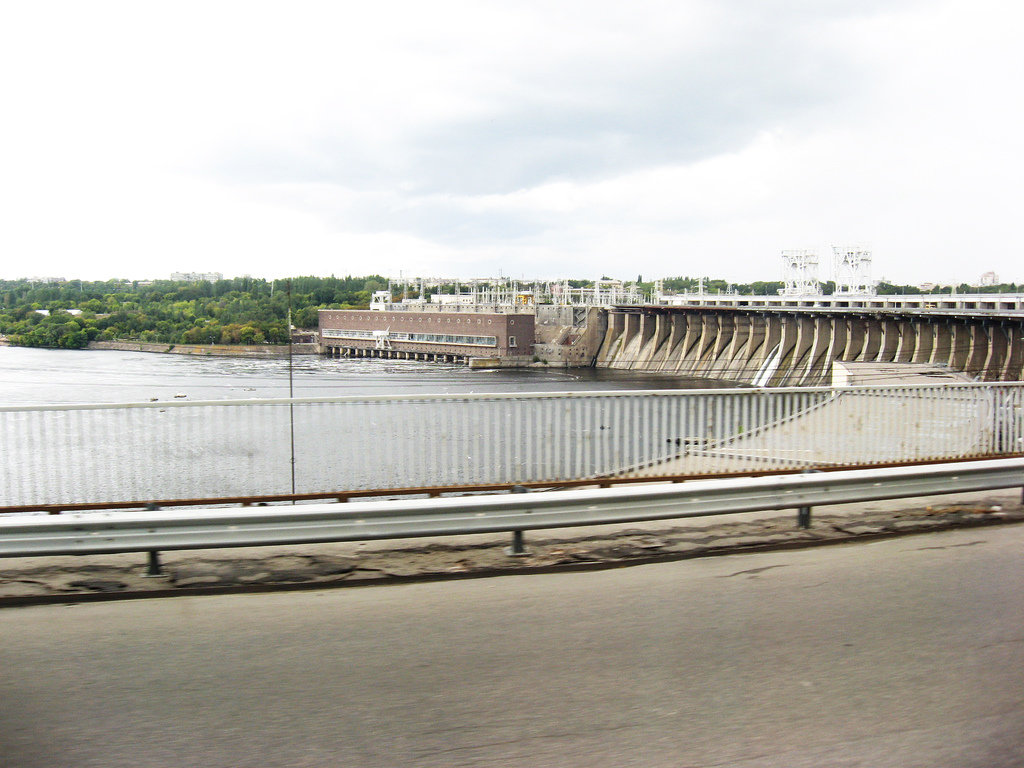 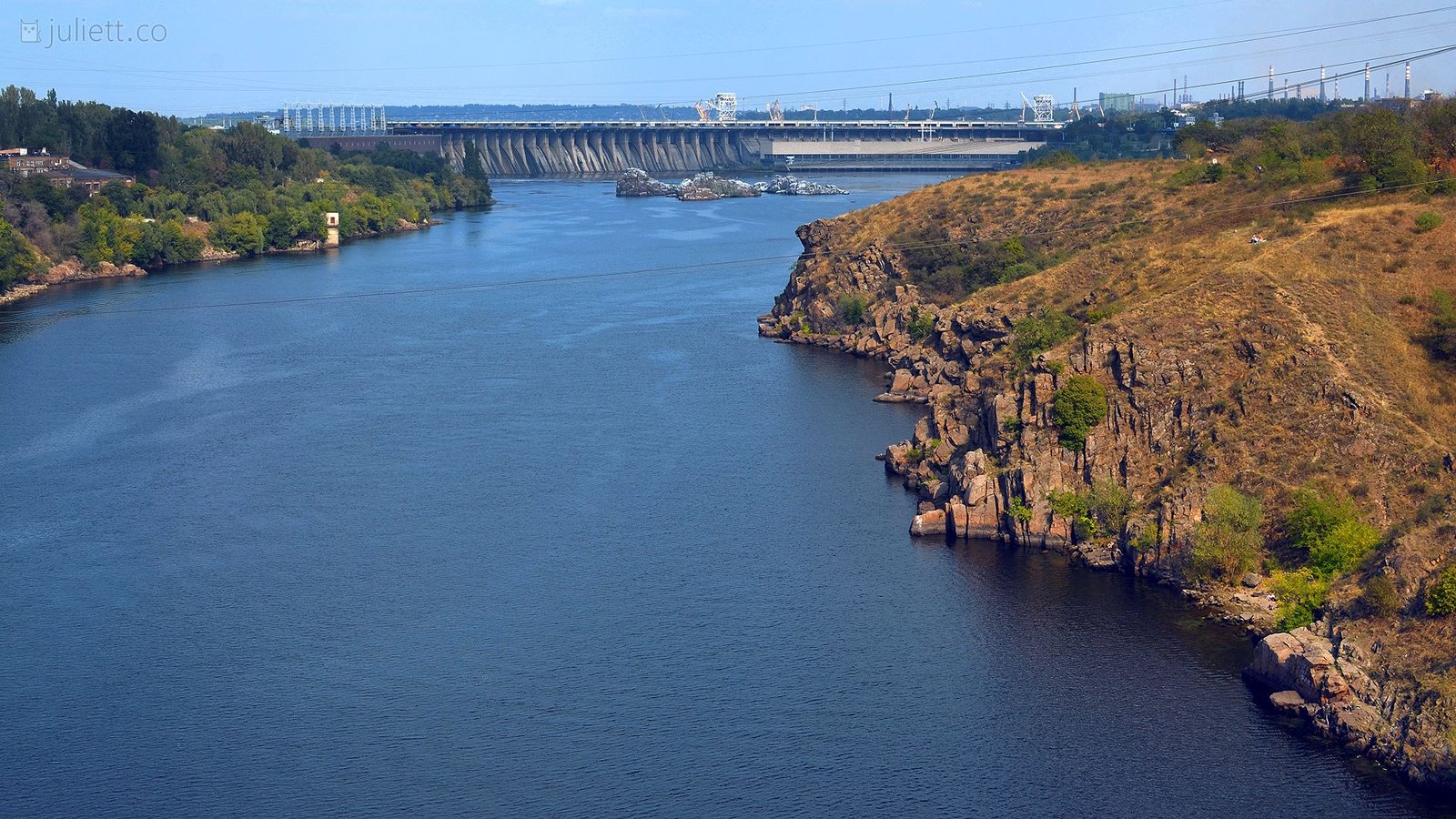 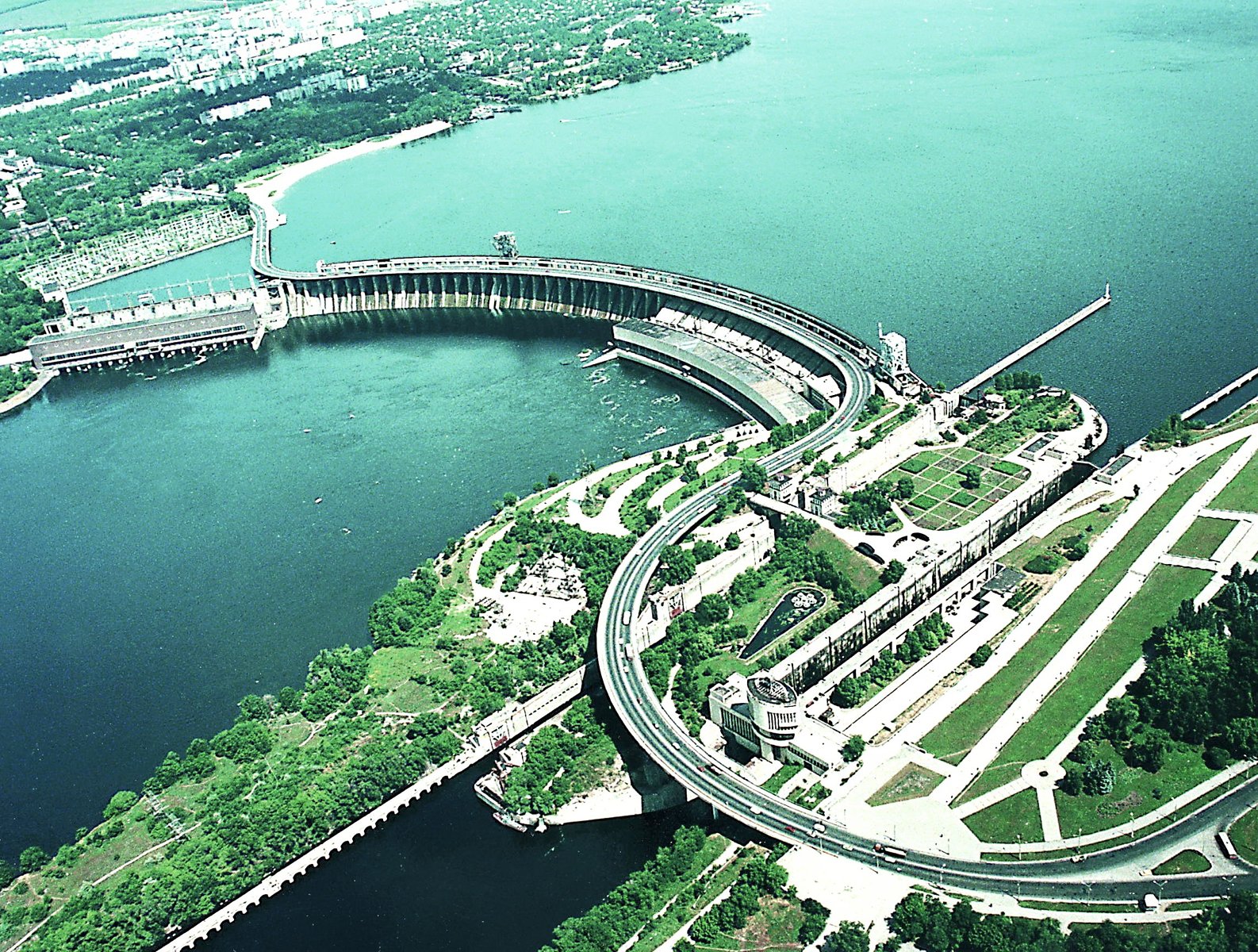 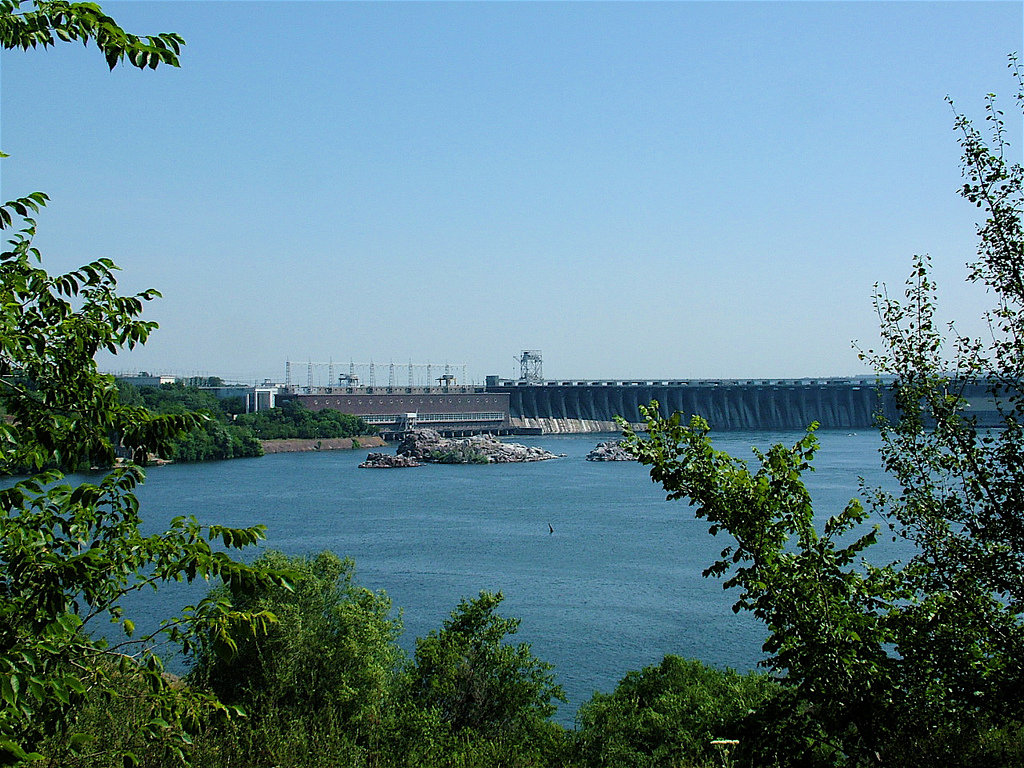 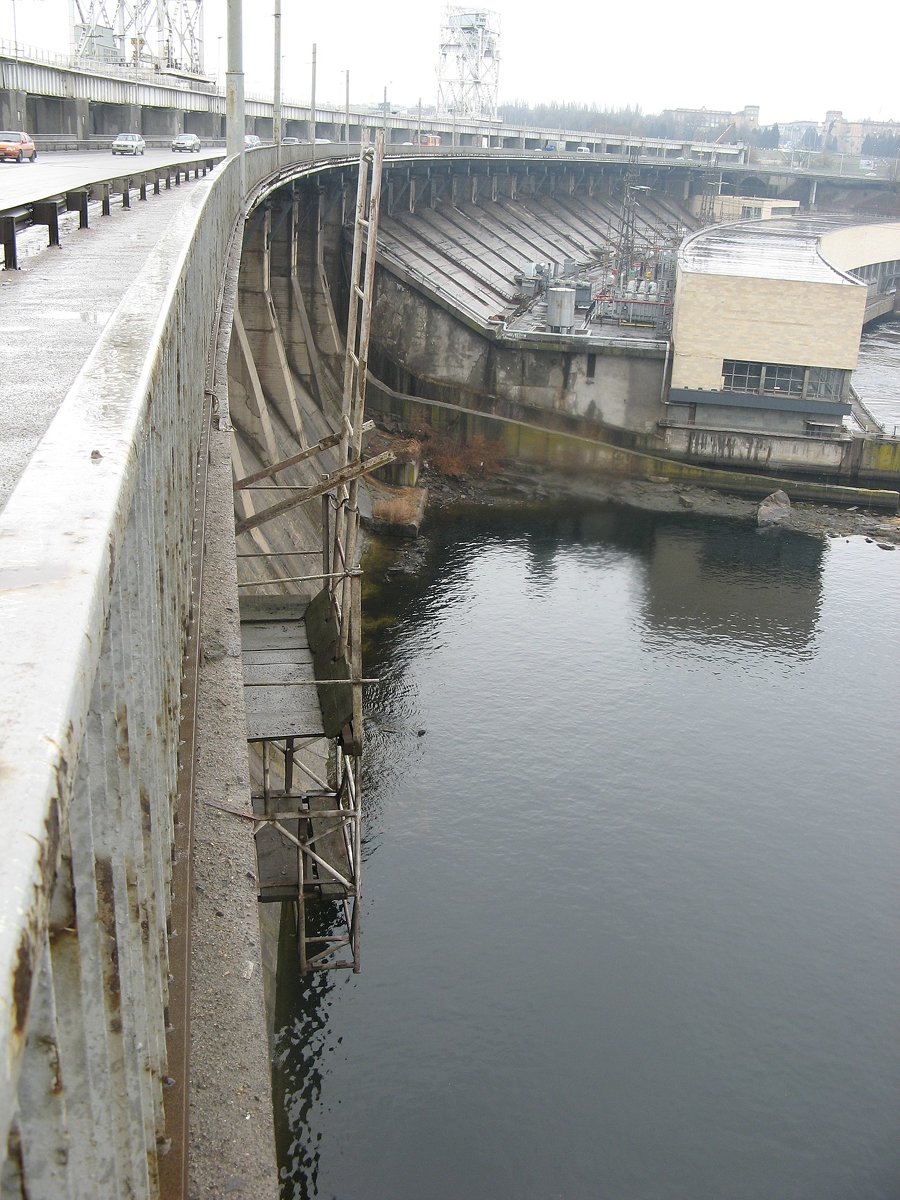 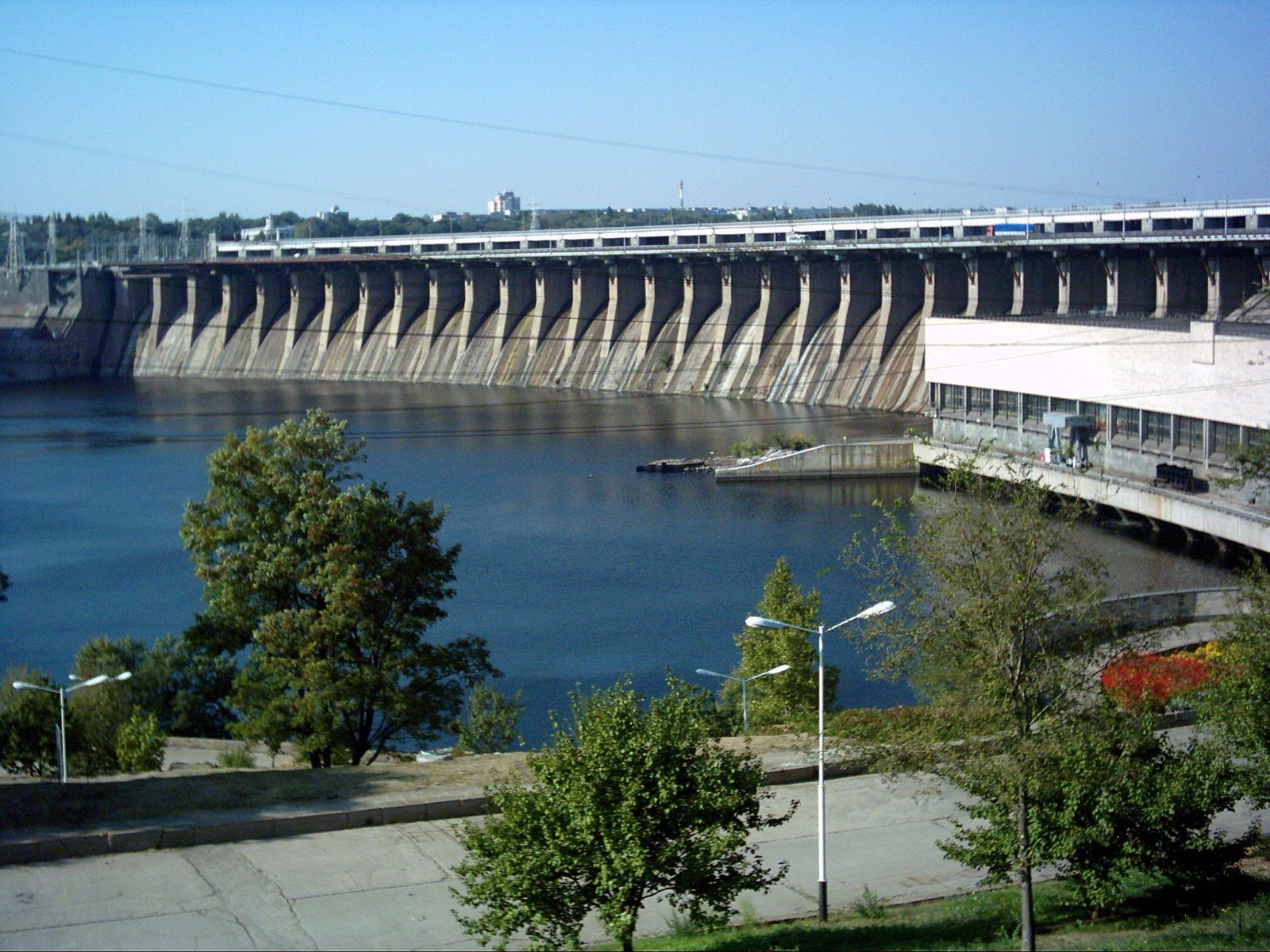 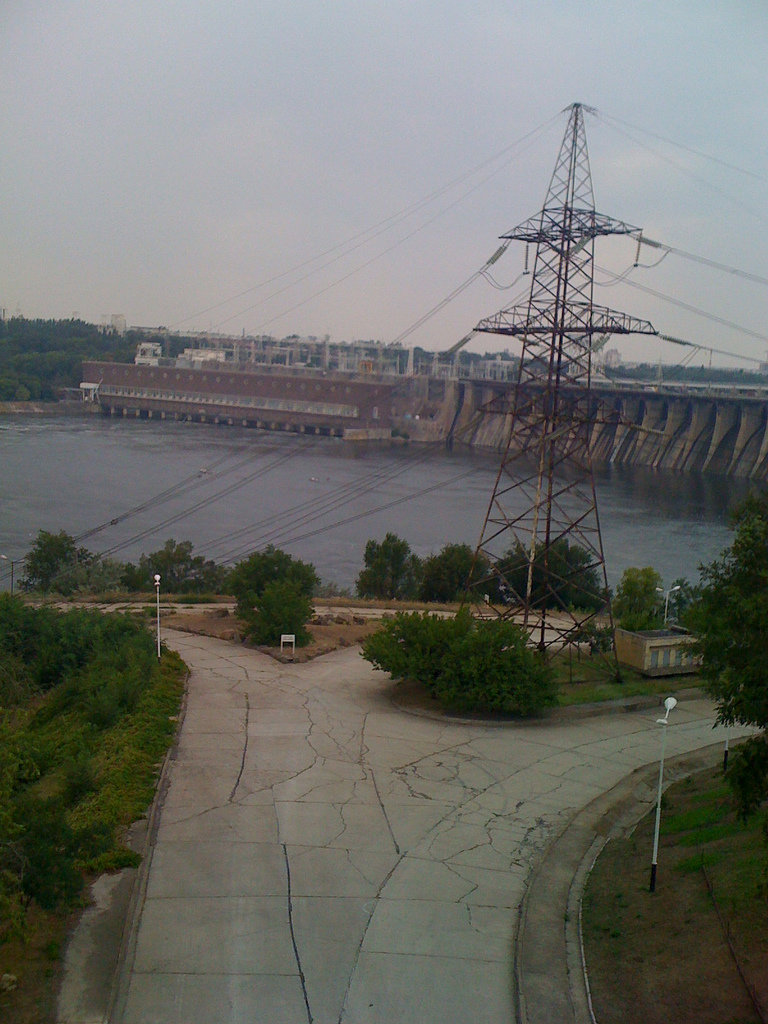 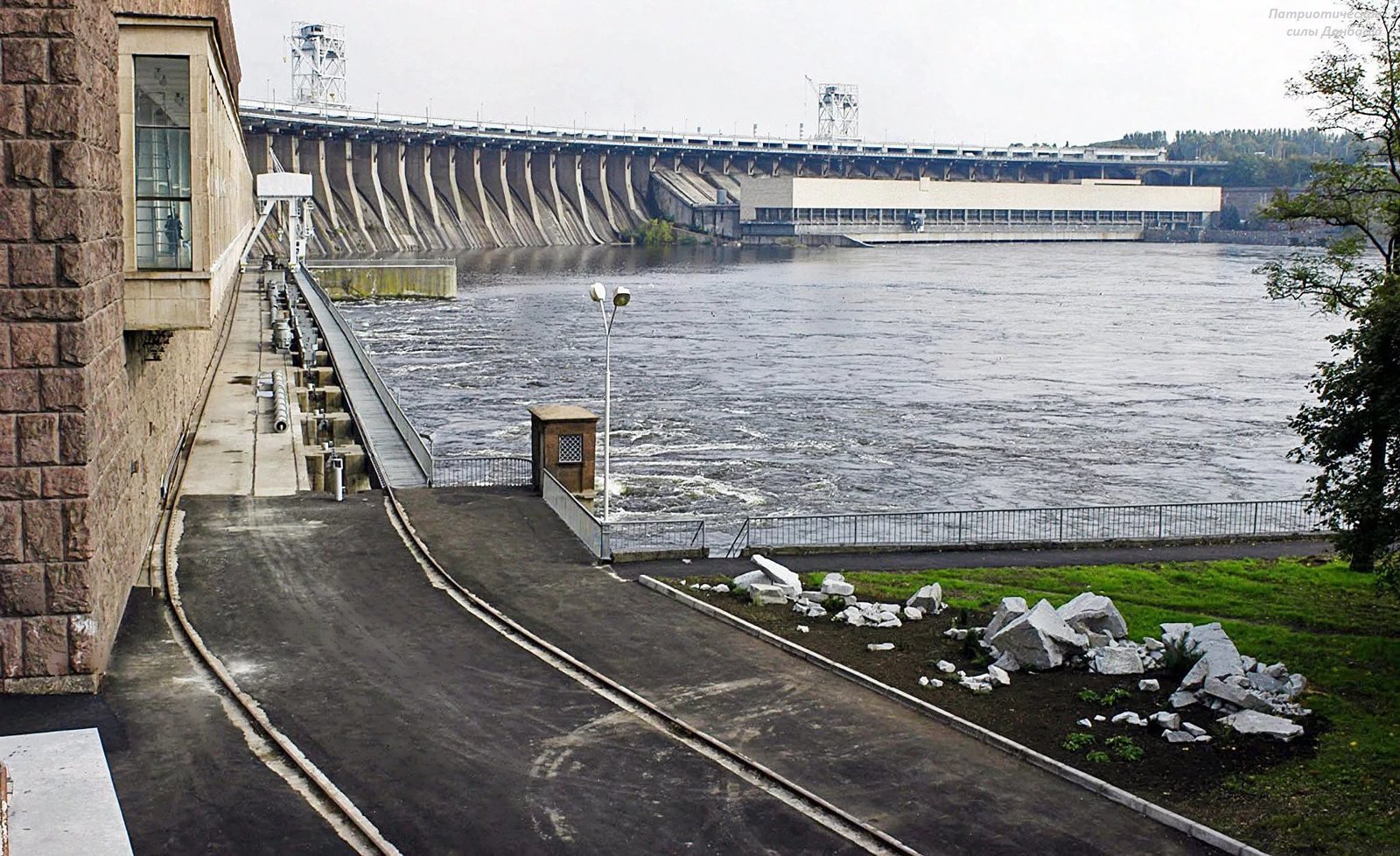