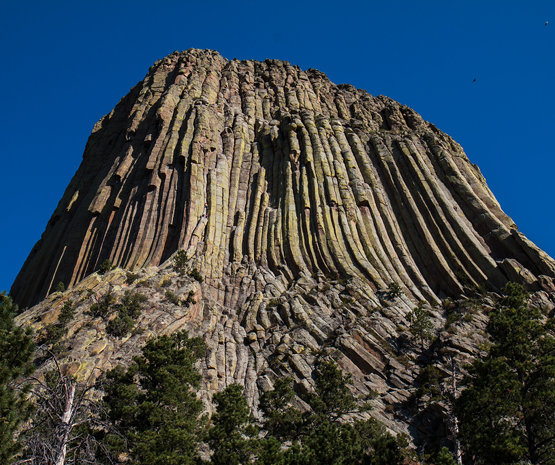 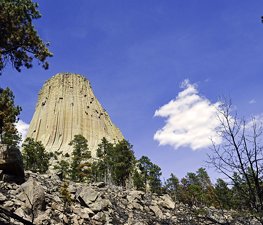 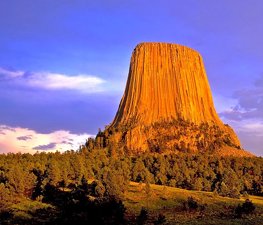 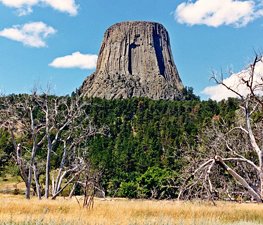 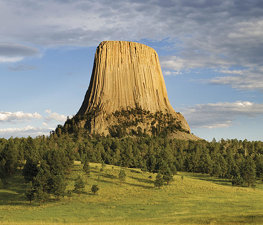 Devils Tower (Lakota: Mato Tipila, which means “Bear Lodge”) is a monolithic igneous intrusion or volcanic neck located in the Black Hills near Hulett and Sundance in Crook County, northeastern Wyoming, above the Belle Fourche River. It rises dramatically 1,267 feet (386 m) above the surrounding terrain and the summit is 5,112 feet (1,558 m) above sea level.

The name Devil's Tower originated in 1875 during an expedition led by Col. Richard Irving Dodge when his interpreter misinterpreted the name to mean Bad God's Tower. This was later shortened to the Devil's Tower. All information signs in that area use the name "Devils Tower", following a geographic naming standard whereby the apostrophe is eliminated.

In 2005, a proposal to recognize the American Indian ties through the additional designation of the monolith as Bear Lodge National Historic Landmark met with opposition from the US Representative Barbara Cubin, arguing that a "name change will harm the tourist trade and bring economic hardship to area communities".

(upper left), north across the state from Cheyenne.]]

Most of the landscape surrounding Devils Tower is composed of sedimentary rocks.

The oldest rocks visible in Devils Tower National Monument were laid down in a shallow sea during the Triassic period, 225 to 195 million years ago. This dark red sandstone and maroon siltstone, interbedded with shale, can be seen along the Belle Fourche River. Oxidation of iron minerals causes the redness of the rocks. This rock layer is known as the Spearfish Formation.

Above the Spearfish formation is a thin band of white gypsum, called the Gypsum Spring Formation. This layer of gypsum was deposited during the Jurassic period, 195 to 136 million years ago.

Created as sea levels and climates repeatedly changed, gray-green shales (deposited in low-oxygen environments such as marshes) were interbedded with fine-grained sandstones, limestones, and sometimes thin beds of red mudstone. This composition, called the Stockade Beaver member, is part of the Sundance Formation. The Hulett Sandstone member, also part of the Sundance formation, is composed of yellow fine-grained sandstone. Resistant to weathering, it forms the nearly vertical cliffs which encircle the Tower itself.

About 65 million years ago, during the Tertiary period, the Rocky Mountains and the Black Hills were uplifted. Magma rose through the crust, intruding into the existing sedimentary rock layers.

Geologists agree that Devils Tower was formed by the intrusion of igneous material. What they cannot agree upon is how, exactly, that process took place. Geologists Carpenter and Russell studied Devils Tower in the late 1800s and came to the conclusion that the Tower was indeed formed by an igneous intrusion. Later geologists searched for further explanations. Several geologists believe the molten rock comprising the Tower might not have surfaced; other researchers are convinced the tower is all that remains of what once was a large explosive volcano.

In 1907, scientists Darton and O'Hara decided that Devils Tower must be an eroded remnant of a laccolith. A laccolith is a large mass of igneous rock which is intruded through sedimentary rock beds but does not actually reach the surface, producing a rounded bulge in the sedimentary layers above. This theory was quite popular in the early 1900s since numerous studies had earlier been done on a number of laccoliths in the Southwest.

Other theories have suggested that Devils Tower is a volcanic plug or that it is the neck of an extinct volcano. Presumably, if Devils Tower was a volcanic plug, any volcanics created by it — volcanic ash, lava flows, volcanic debris — would have been eroded away long ago. Some pyroclastic material of the same age as Devils Tower has been identified elsewhere in Wyoming.

Devils Tower did not visibly protrude out of the landscape until the overlying sedimentary rocks eroded away. As the elements wore down the softer sandstones and shales, the more resistant igneous rock making up the tower survived the erosional forces. As a result, the gray columns of Devils Tower began to appear as an isolated mass above the landscape.

As rain and snow continue to erode the sedimentary rocks surrounding the Tower's base, more of Devils Tower will be exposed. Nonetheless, the exposed portions of the Tower still experience certain amounts of erosion. Cracks along the columns are subject to water and ice erosion. Erosion due to the expansion of ice along cracks and fractures within rock formations is common in colder climates — a prime example being the featured formations at Bryce Canyon National Park. Portions, or even entire columns, of rock at Devils Tower are continually breaking off and falling. Piles of broken columns, boulders, small rocks, and stones — or scree — lie at the base of the tower, indicating that it was once wider than it is today.

American Indian legends tell of six Sioux girls who were picking flowers when they were chased by bears. Feeling sorry for them, the Great Spirit raised the ground beneath the girls. The bears tried to climb the rock, but fell off, leaving their scratch marks on the sides.

Another version tells that two Sioux boys wandered far from their village when Mato the bear, a huge creature that had claws the size of teepee poles, spotted them, and wanted to eat them for breakfast. He was almost upon them when the boys prayed to Wakan Tanka the Creator to help them. They rose up on a huge rock, while Mato tried to get up from every side, leaving huge scratch marks as he did. Finally, he sauntered off, disappointed and discouraged. The bear came to rest east of the Black Hills at what is now Bear Butte. Wanblee, the eagle, helped the boys off the rock and back to their village. A painting depicting this legend by artist Herbert A. Collins hangs over the fireplace in the visitor's center at Devils Tower.

Wooden Leg, a Northern Cheyenne, relates another legend told to him by an old man as they were traveling together past the monument. An Indian man decided to sleep at the base of Bear Lodge next to a buffalo head. In the morning he found that both himself and the buffalo head had been transported to the top of the rock by the Great Medicine with no way down. He spent another day and night on the rock with no food or water. After he had prayed all day and then gone to sleep, he awoke to find that the Great Medicine had brought him back down to the ground, but left the buffalo head at the top near the edge. Wooden Leg maintains that the buffalo head was clearly visible through the old man's spyglass.

Fur trappers may have visited Devils Tower, but they left no written evidence of having done so. The first documented visitors were several members of Captain W. F. Raynold's 1859 Yellowstone Expedition. Sixteen years later, Colonel Richard I. Dodge led a U.S. Geological Survey party to the massive rock formation and coined the name Devils Tower. Recognizing its unique characteristics, Congress designated the area a U.S. forest reserve in 1892 and in 1906 Devil's Tower became the nation's first National Monument.

The 1977 movie Close Encounters of the Third Kind used the formation as a plot element and as a location for its contact scene and climactic scenes.

In recent years, climbing Devils Tower National Monument has increased in popularity. The first known ascent of Devils Tower by any method occurred on July 4, 1893, and is accredited to William Rogers and Willard Ripley, local ranchers in the area. They completed this first ascent after constructing a ladder of wooden pegs driven into cracks in the rock face. A few of these wooden pegs are still intact and are visible on the tower when hiking along the 1.3-mile (2.1 km) Tower Trail at Devils Tower National Monument. Over the following thirty years many climbs were made using this method before the ladder fell into disrepair. The man most famous for climbing the tower is Fritz Wiessner who summited with William House and Lawrence Coveney in 1937. This was the first ascent using modern climbing techniques. Wiessner led the entire climb free, placing only a single piece of fixed gear (piton) which he later regretted, deeming it unnecessary.

Today hundreds of climbers scale the sheer rock walls of Devils Tower each summer. The most common route is the Durrance Route which was the second free route established in 1938. Today there are many established and documented climbing routes covering every side of the tower, ascending the various vertical cracks and columns of the rock. The difficulty of these routes vary greatly, ranging from relatively easy to some of the hardest in the world. Bridging or stemming is a climbing technique that is useful for wide cracks. In bridging, the legs are spread wide apart, one against each face, with the feet relying on friction or small holds. All climbers are required to register with a park ranger before and after attempting a climb.

The Tower is sacred to several Native American Plains tribes, including the Lakota Sioux, Cheyenne and Kiowa. Because of this, many Indian leaders objected to climbers ascending the monument, considering this to be a desecration. The climbers argued that they had a right to climb the Tower, since it is on federal land. A compromise was eventually reached with a voluntary climbing ban during the month of June when the tribes are conducting ceremonies around the monument. Climbers are asked, but not required, to stay off the Tower in June. According to the PBS documentary In the Light of Reverence, approximately 85% of climbers honor the ban and voluntarily choose not to climb the Tower during the month of June. However, several climbers along with the Mountain States Legal Foundation sued the Park Service, claiming an inappropriate government entanglement with religion.

Audi
You may remember both the monument and its road from Close Encounters of the Third Kind. The scenic approach stretches 3 miles and is an example of close integration with natural surroundings.

Mark B
Fantastic natural wonder. If you have time walk the Red Beds Trail which is almost 3 miles long. Start out on left side as you will have an easier time with the gentle switchbacks near the end.

Men's Health Mag
This incredible igneous rock formation shoots 1,267 feet above the surrounding Black Hills. A National Monument, it's sacred to the Lakota and other nearby tribes.

Louis Gardino
Make sure you have plenty of fuel, gas stations close early, around 5 PM in these parts. Great hike around the tower though.

Paul Rogers
Amazing opportunity to see a rare monument, walk around it. Appreciate it for being a beautiful soulful place.

Jake Johnson
The tower so truly remarkable. Nature does some amazing things. Bathrooms and park are very clean. Plan to go back to try and climb to the top.
Load more comments
foursquare.com
8.8/10
Storm Gryphon, Nadya Popova and 29,512 more people have been here
I've been here
Add to wishlist

The Crazy Horse Memorial is a mountain monument under construction in 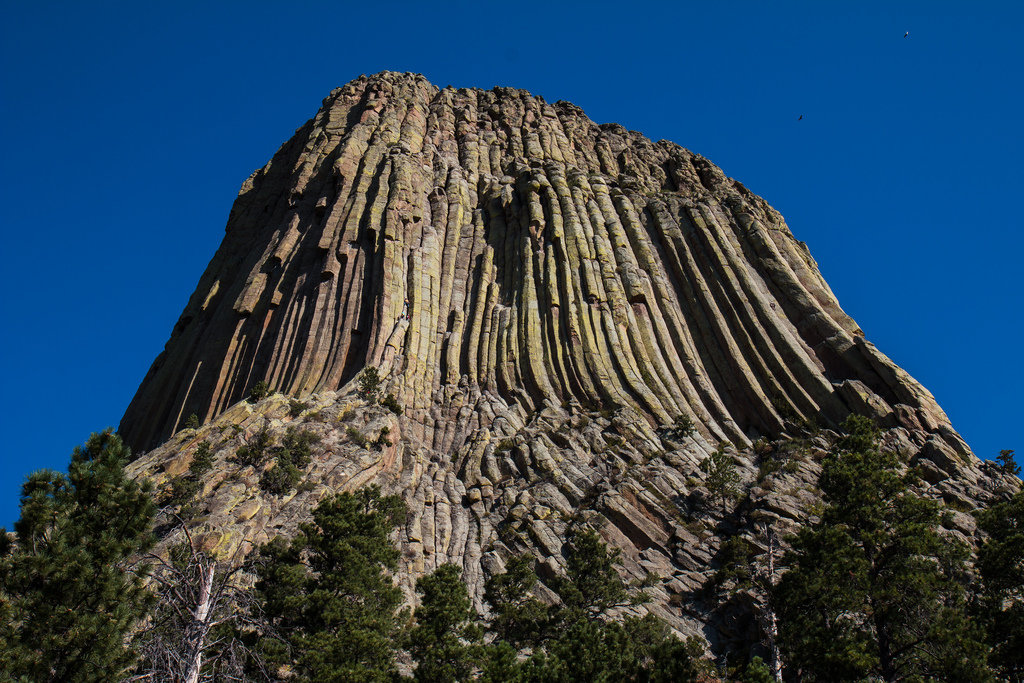 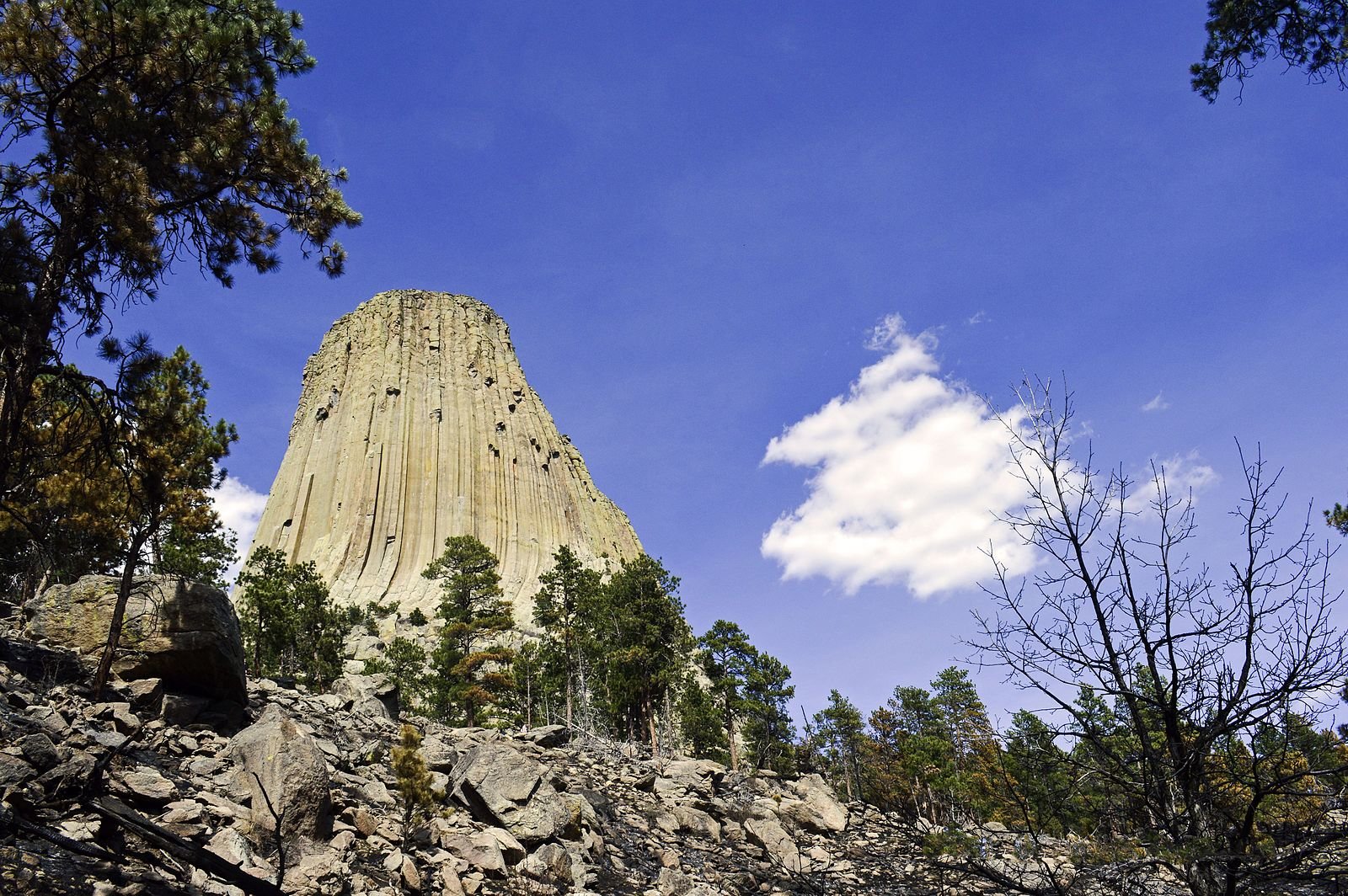 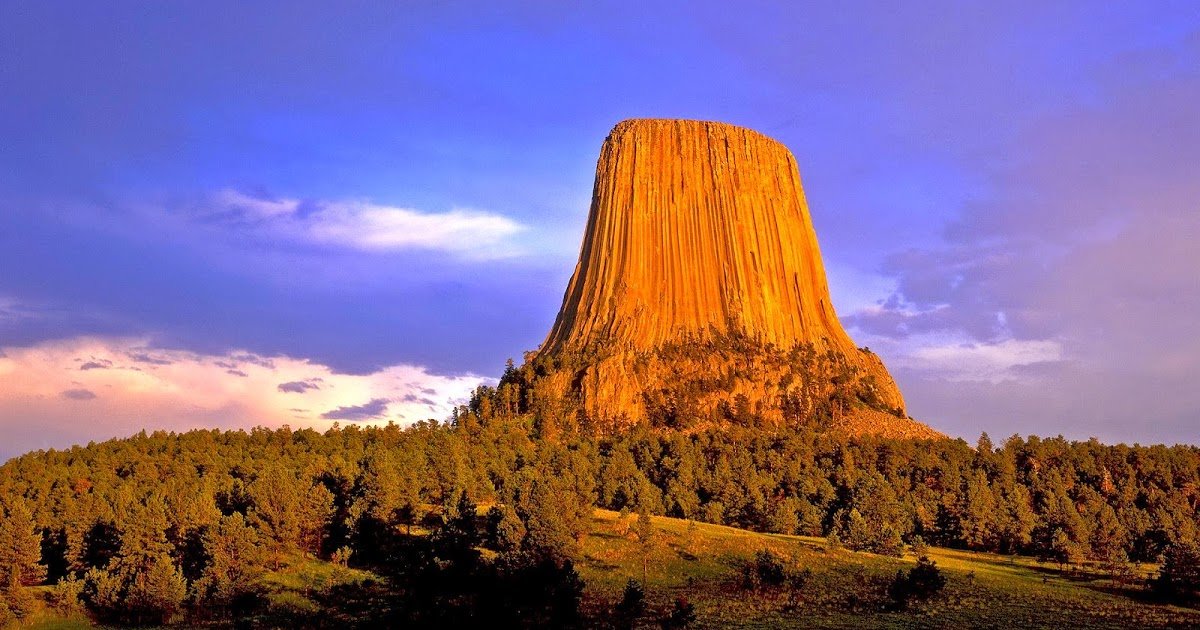 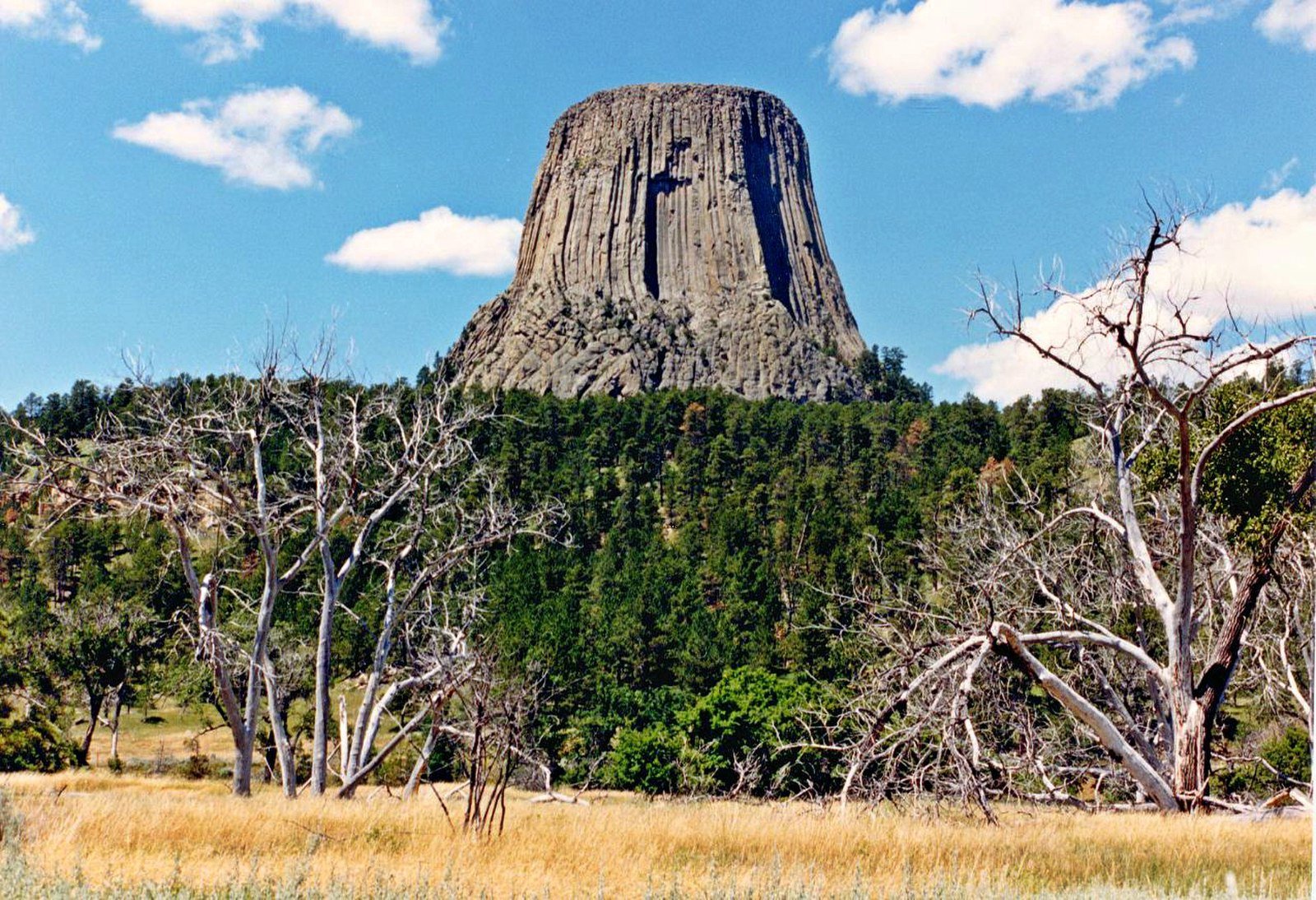 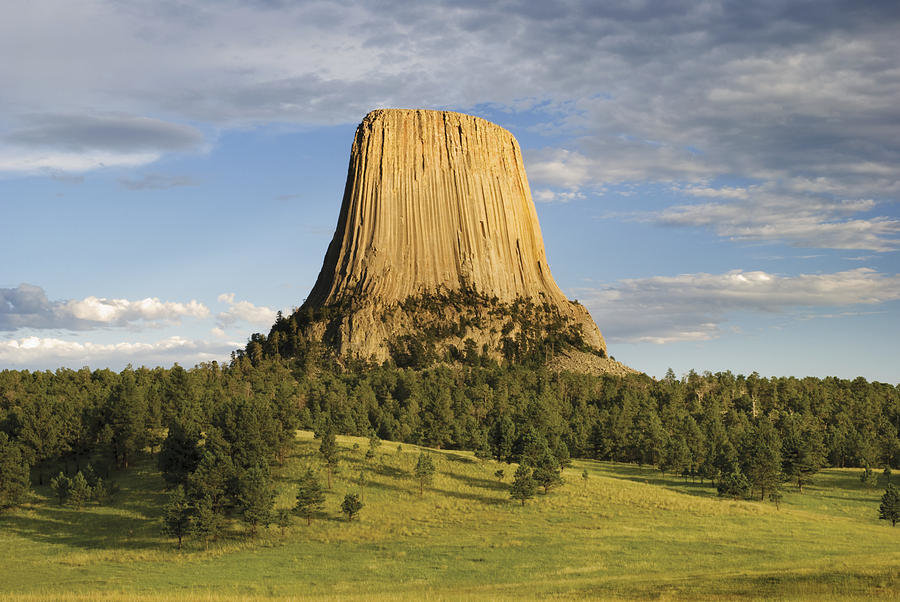 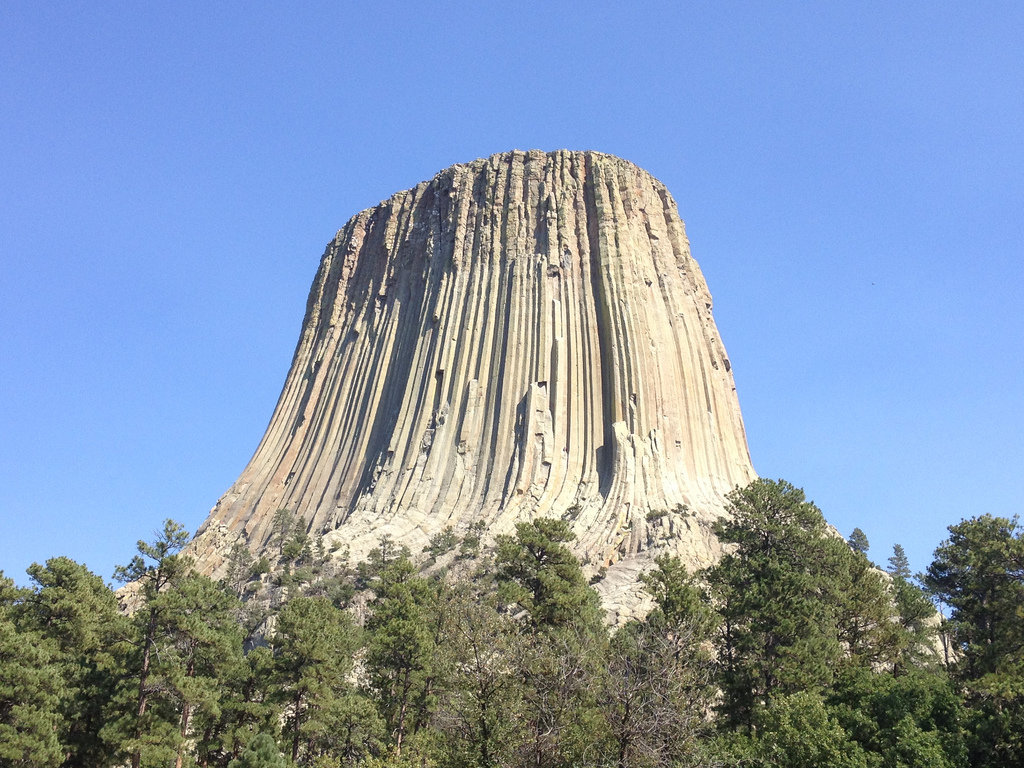 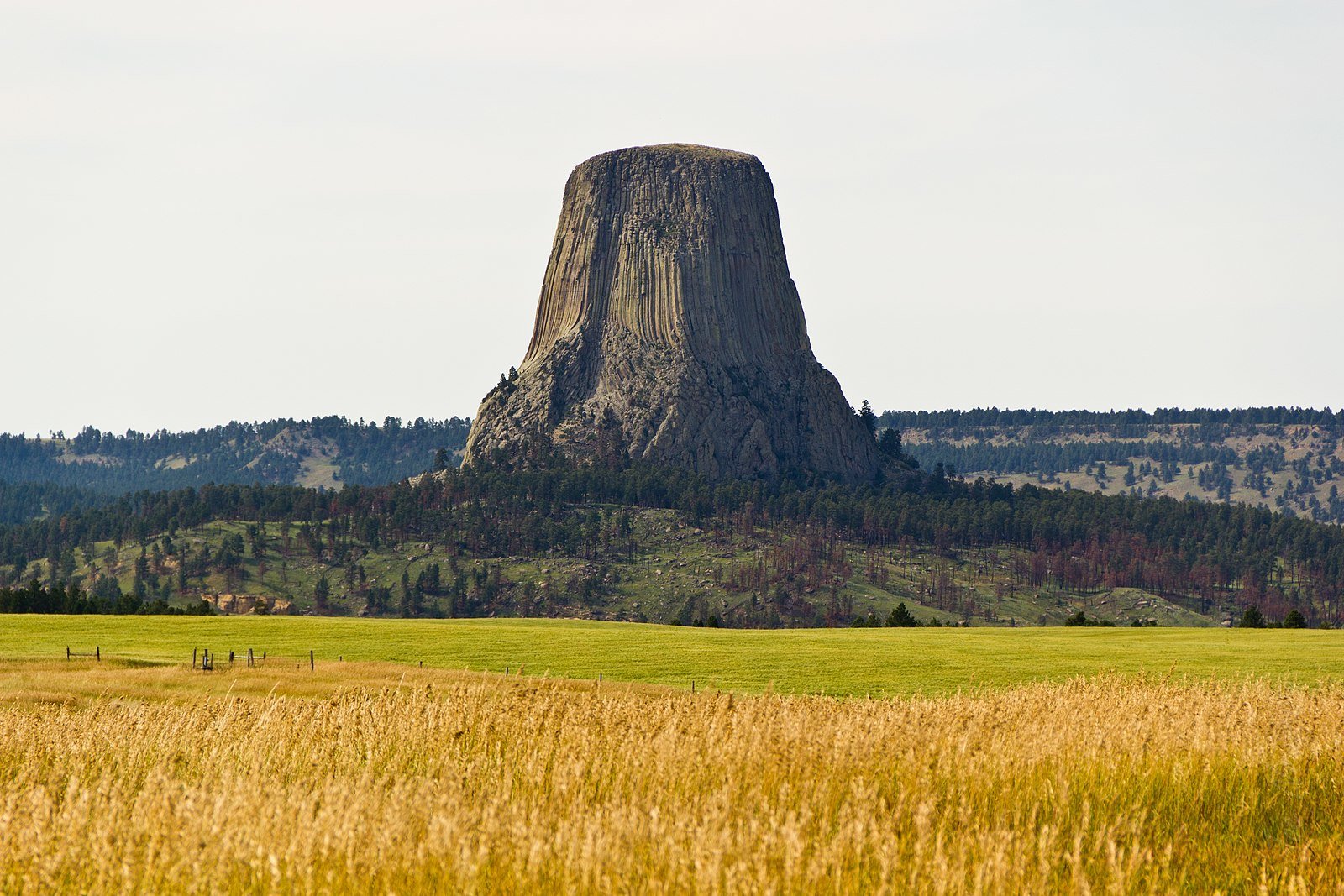 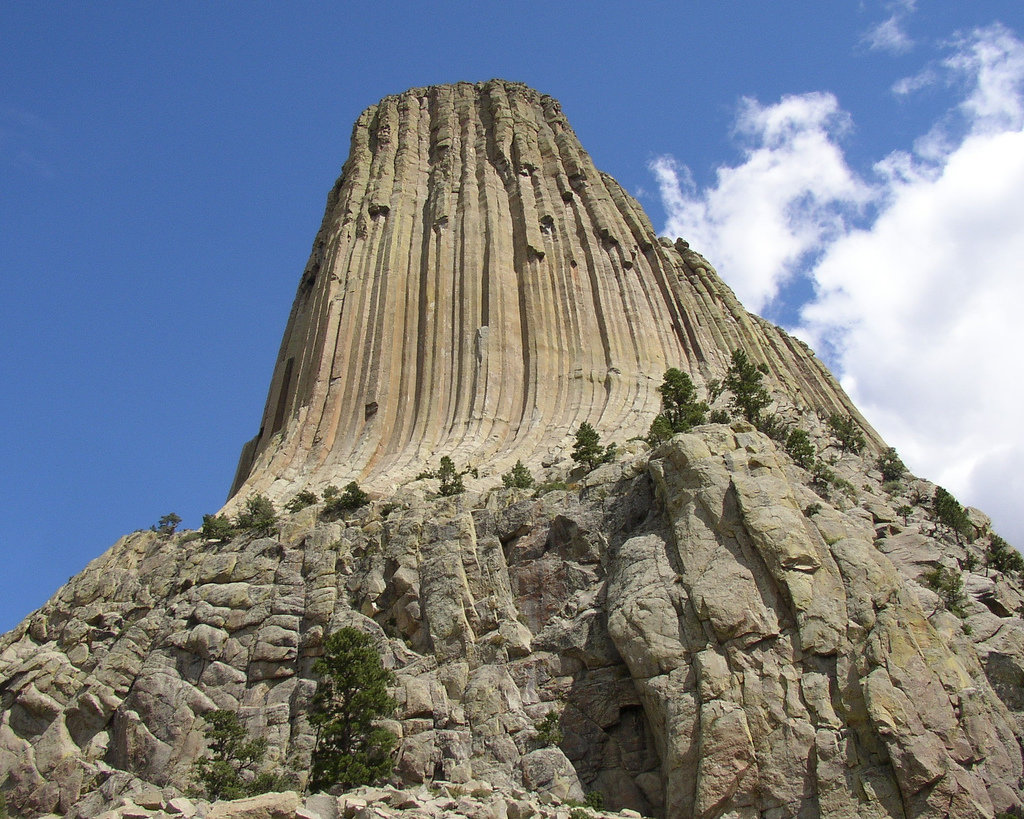 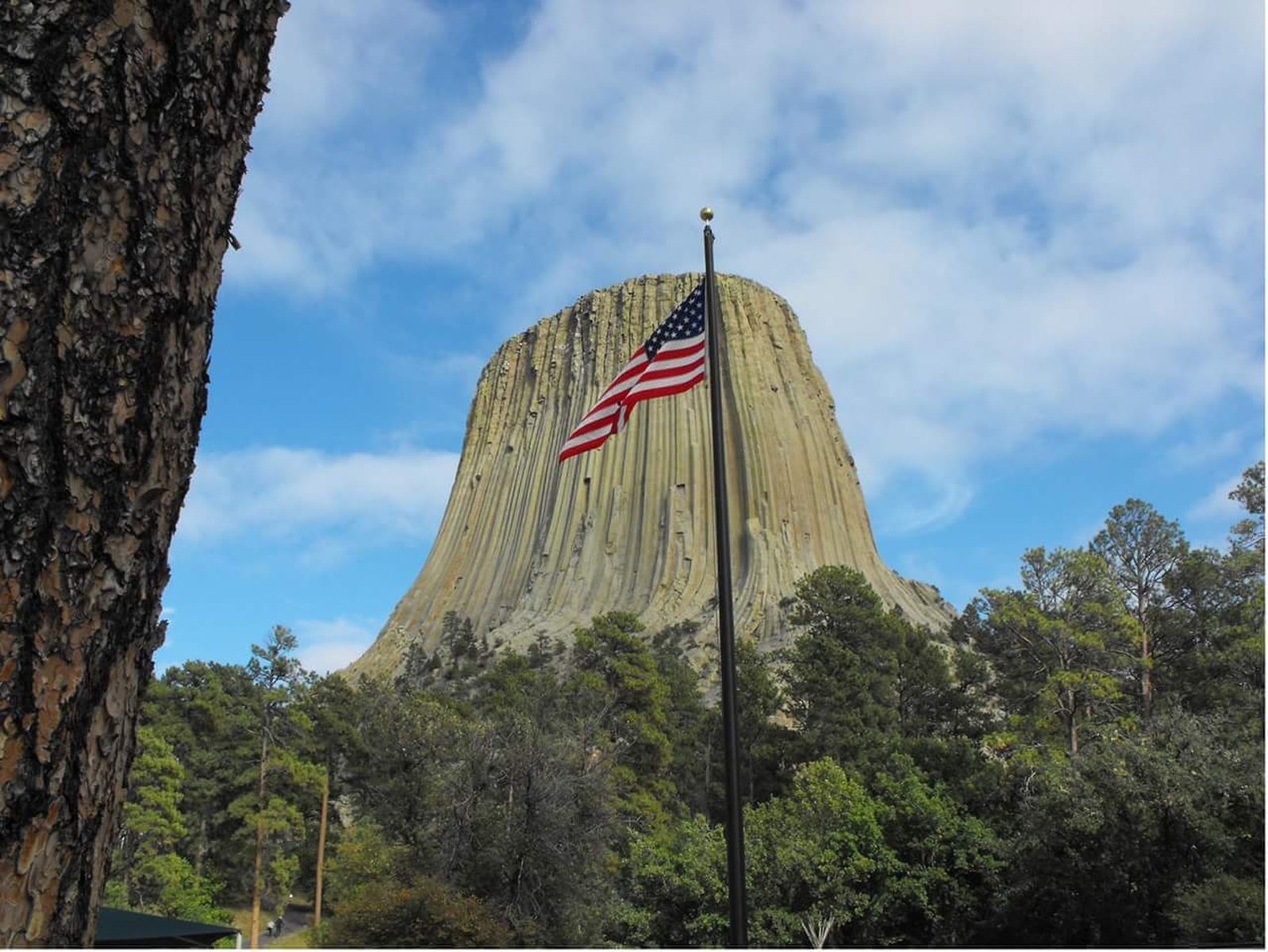 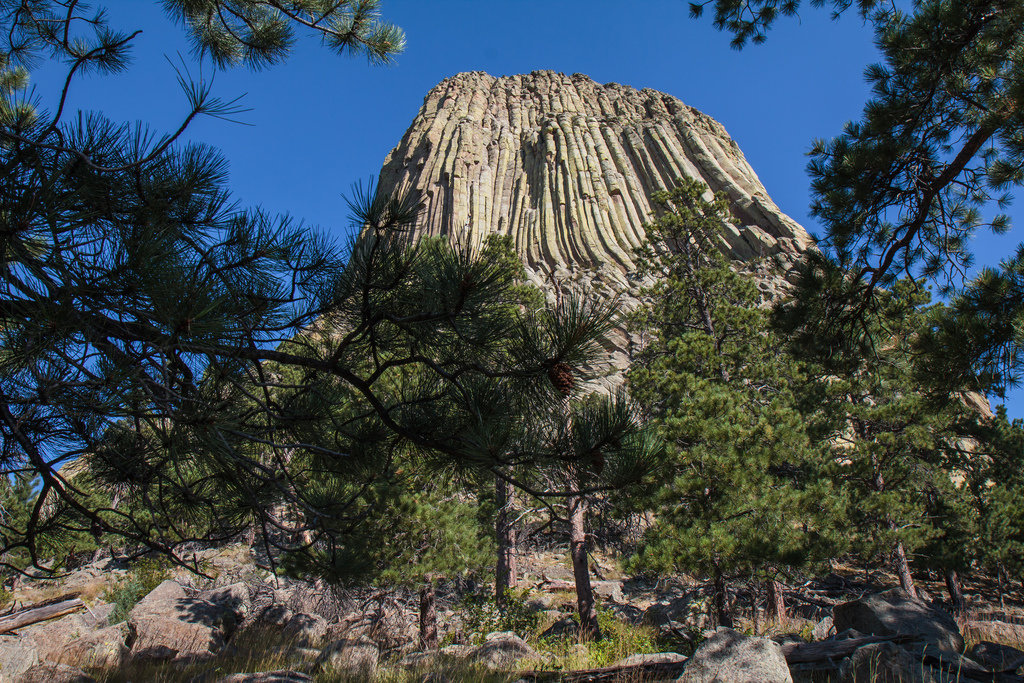 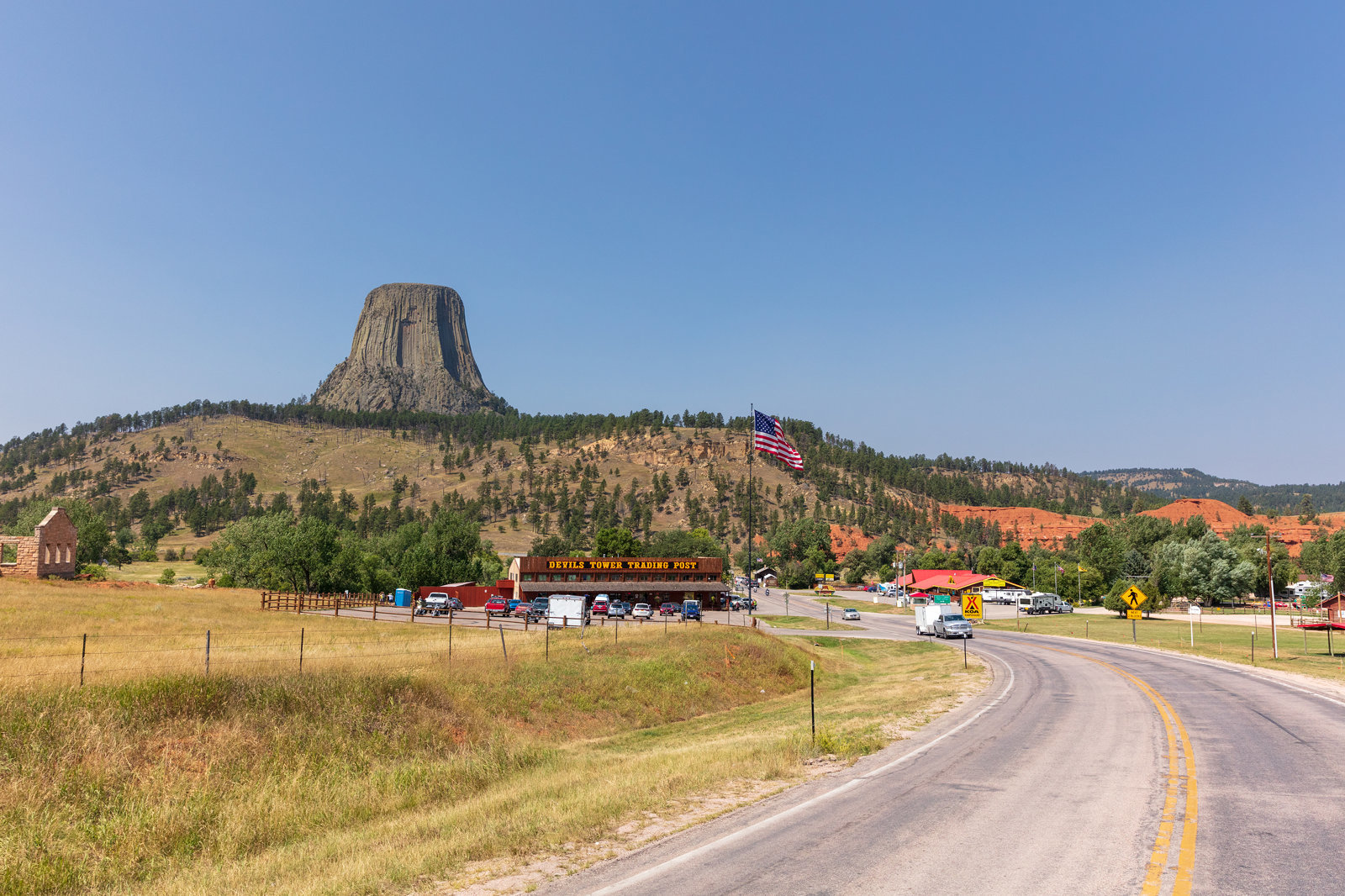 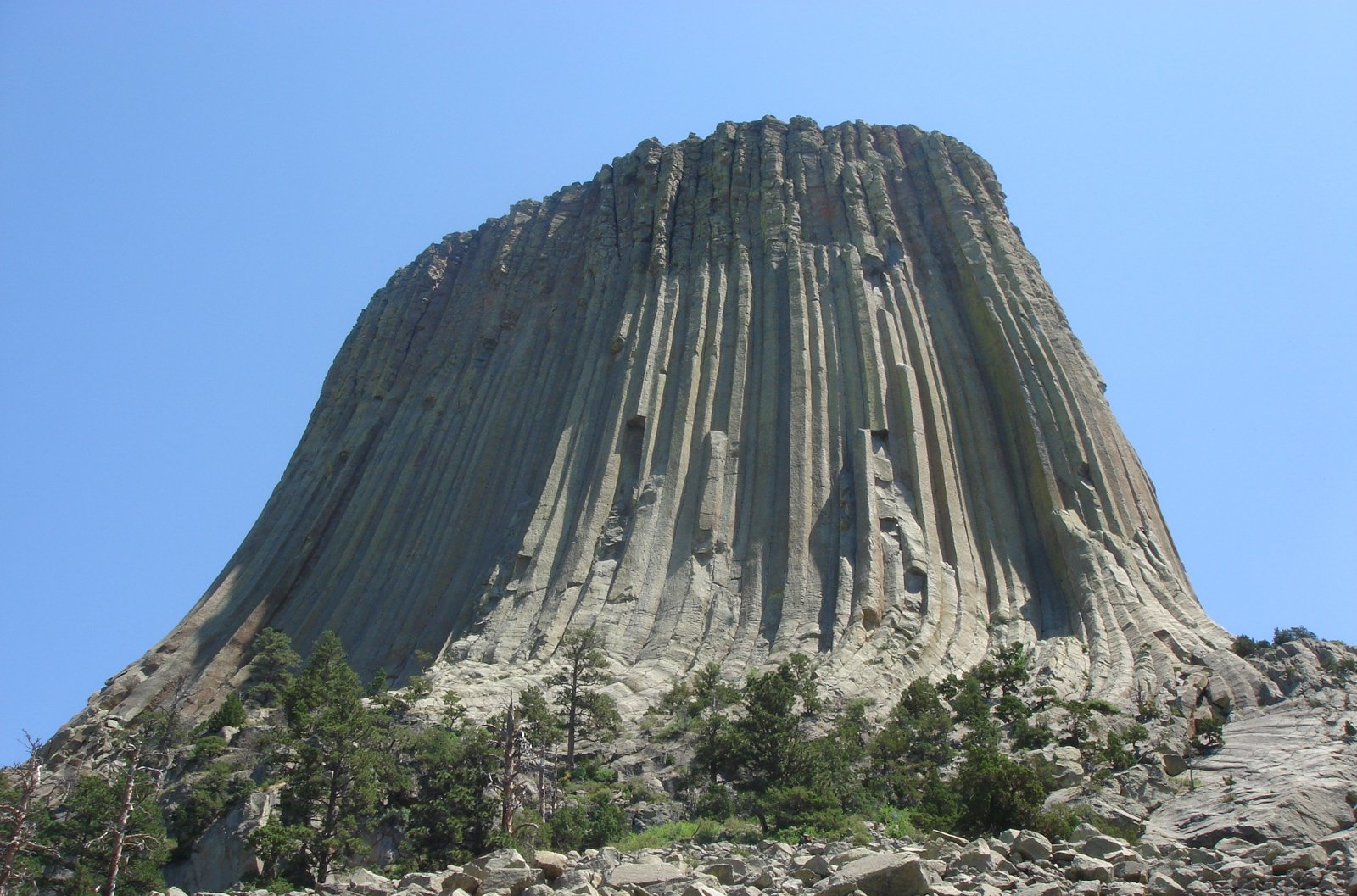 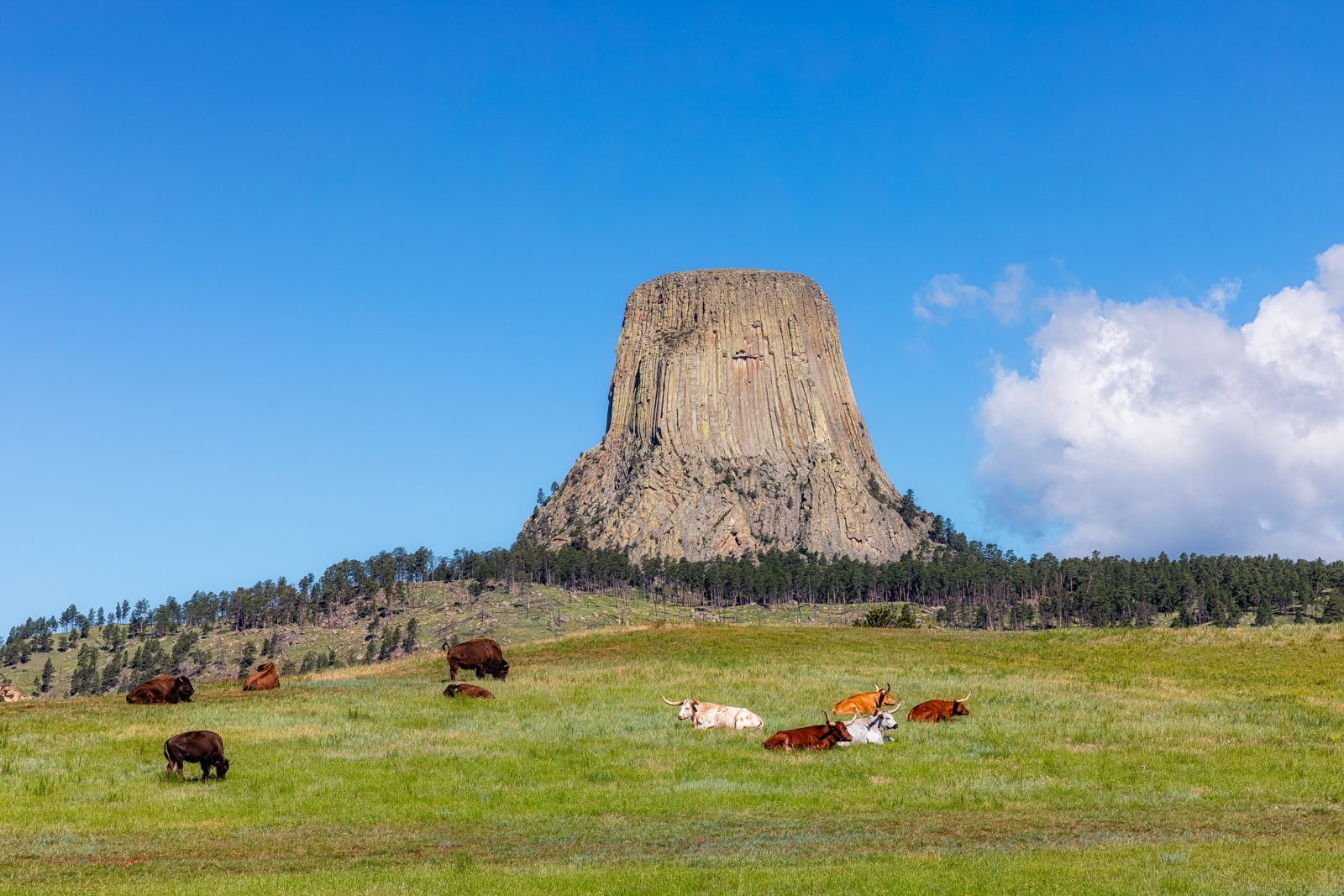 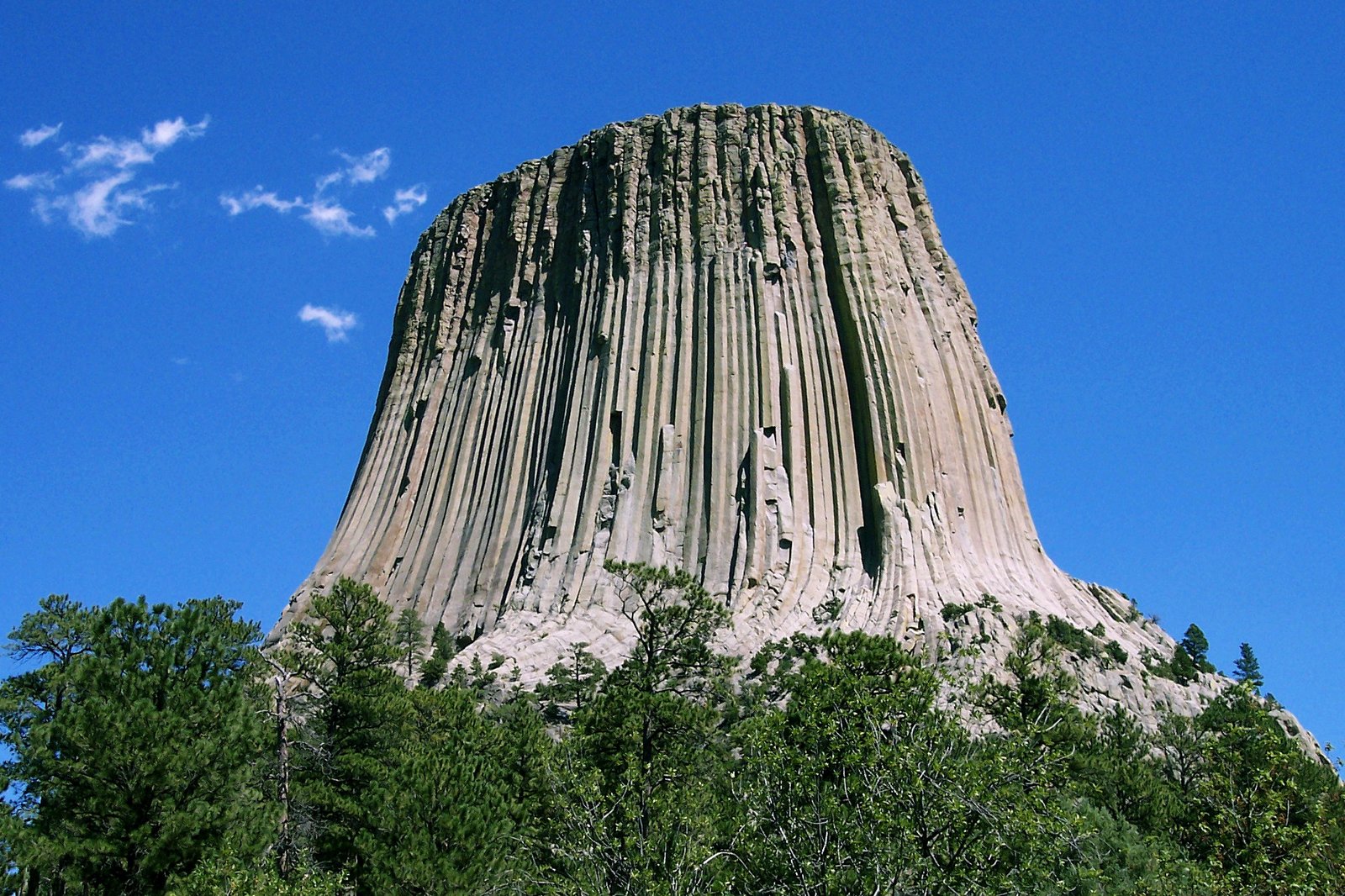 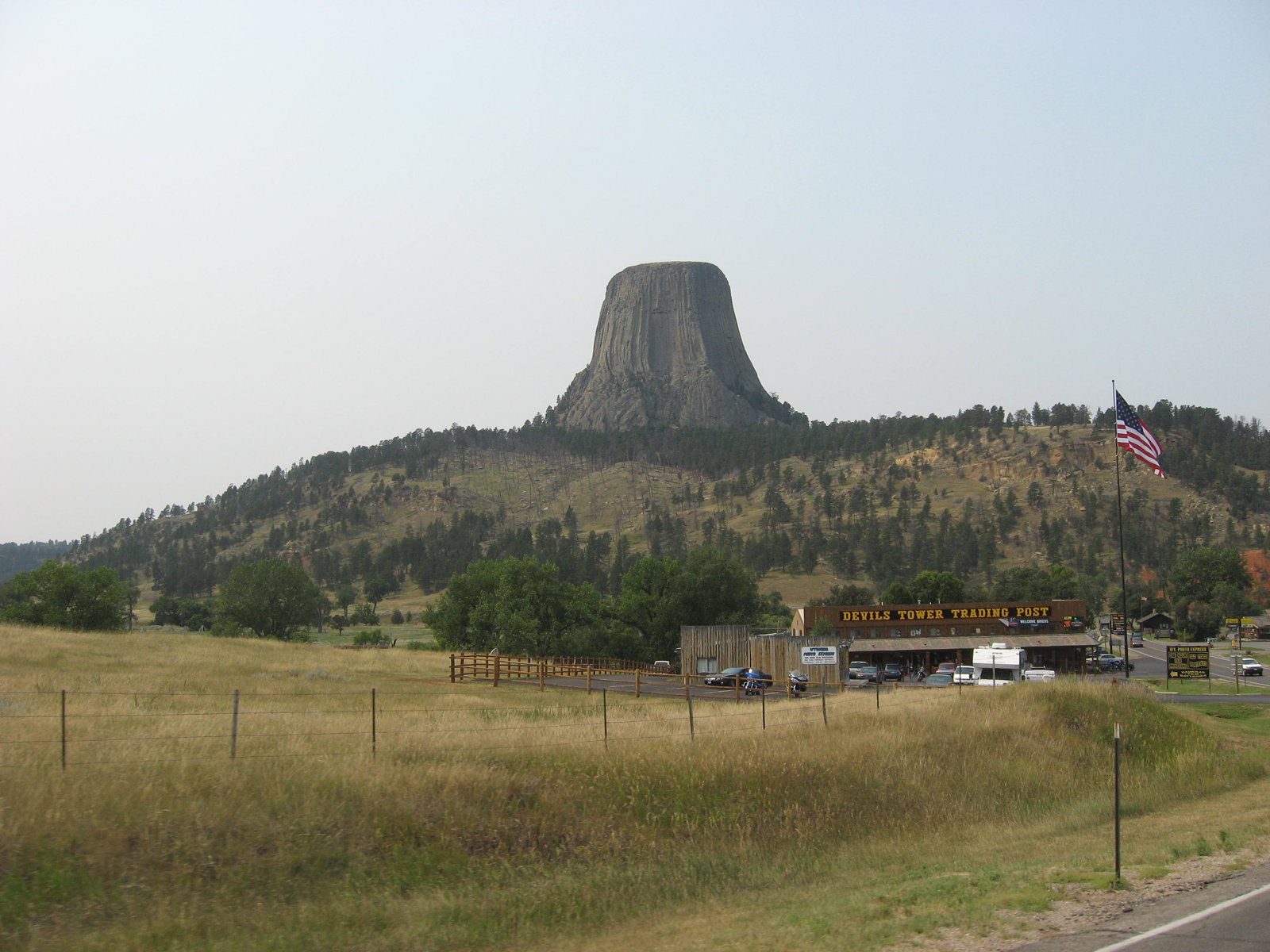 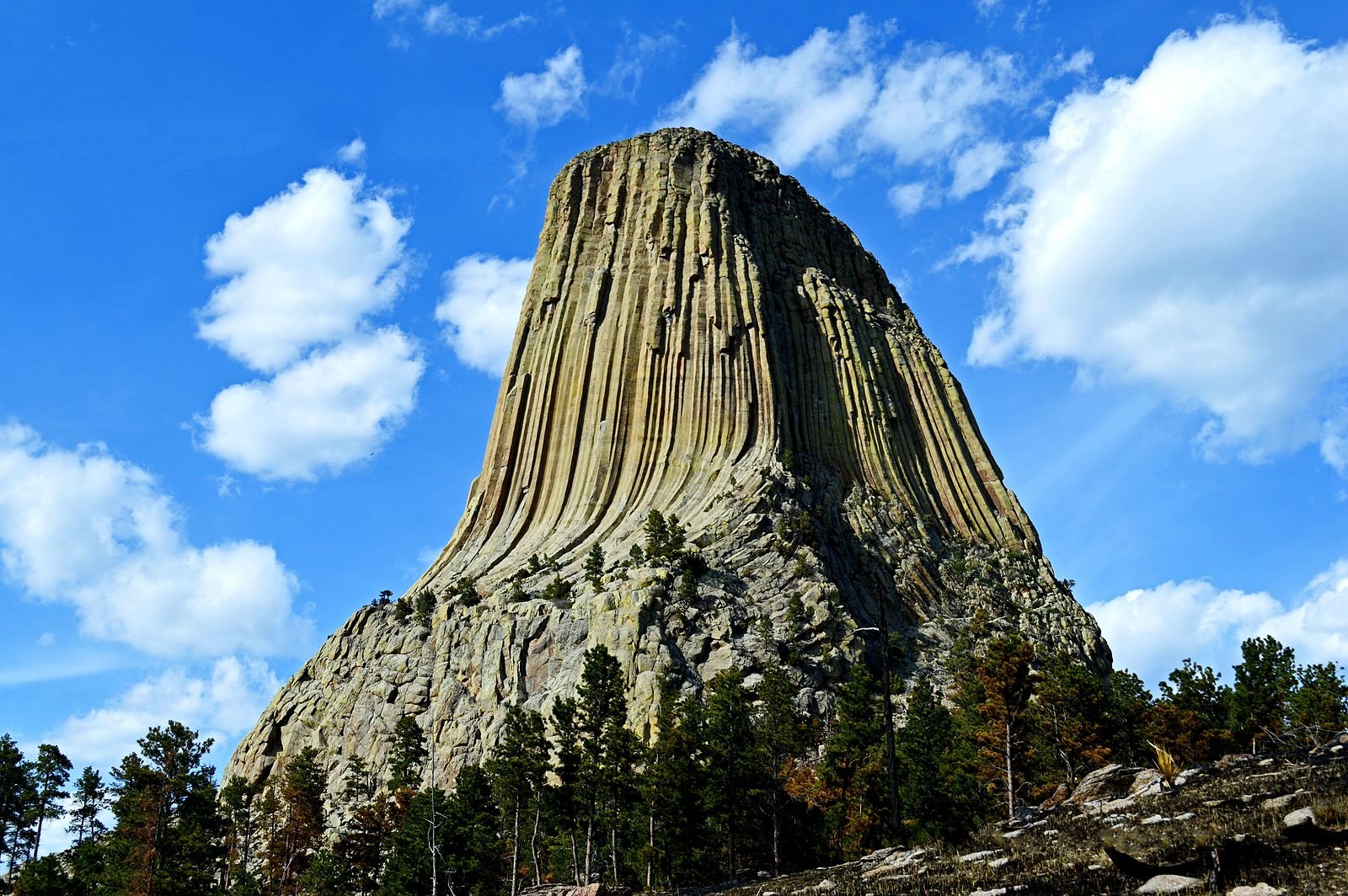 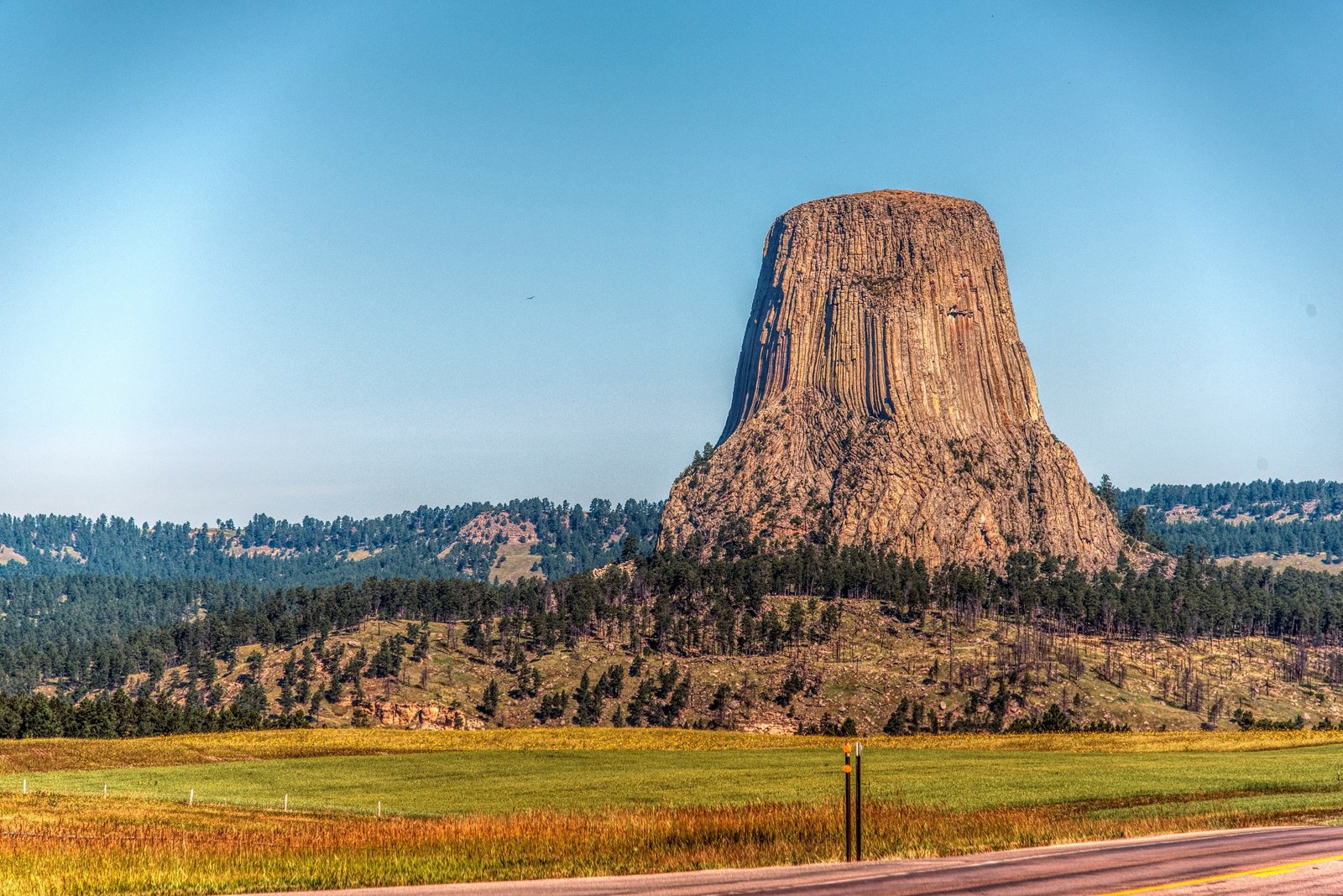 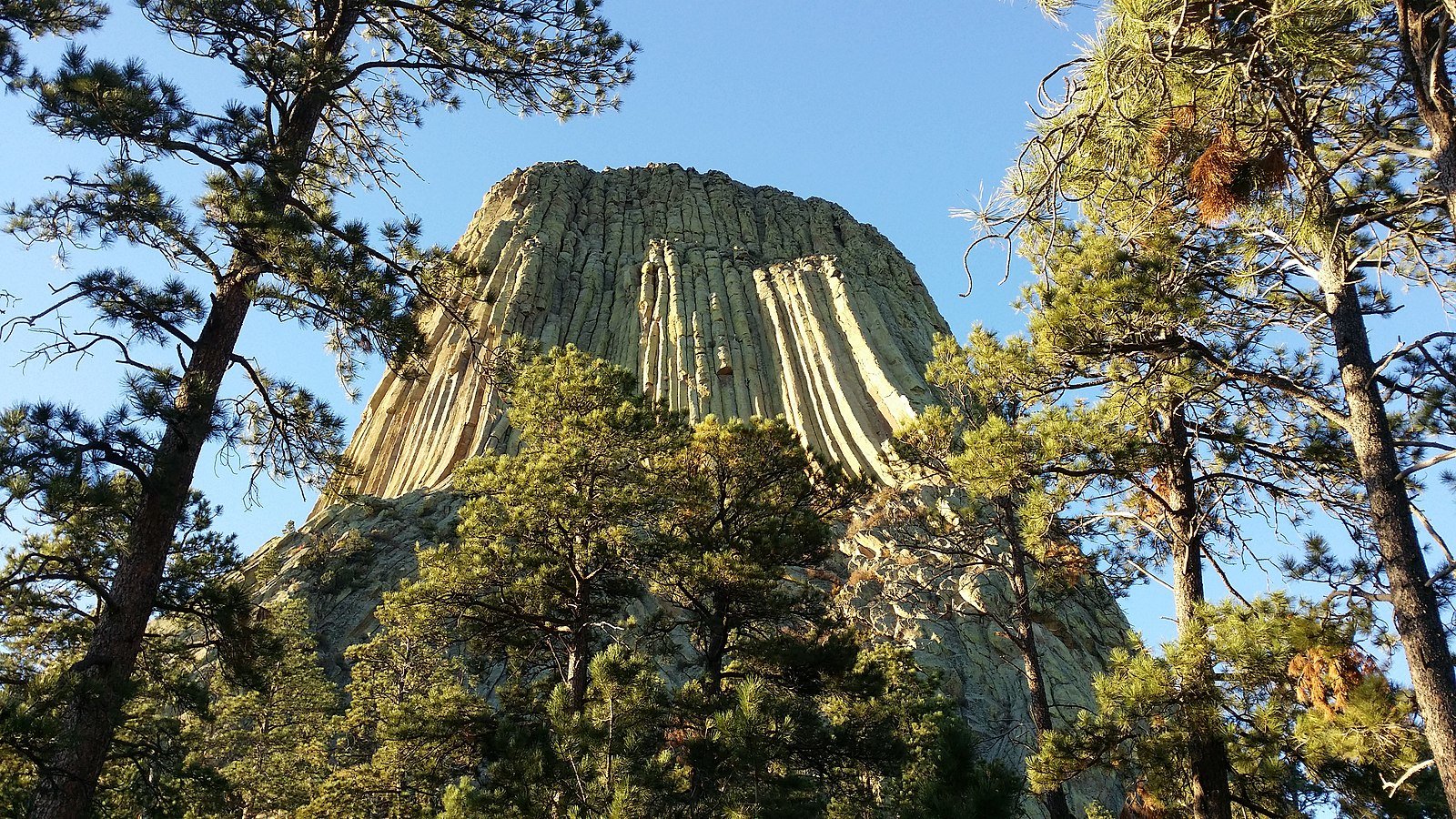 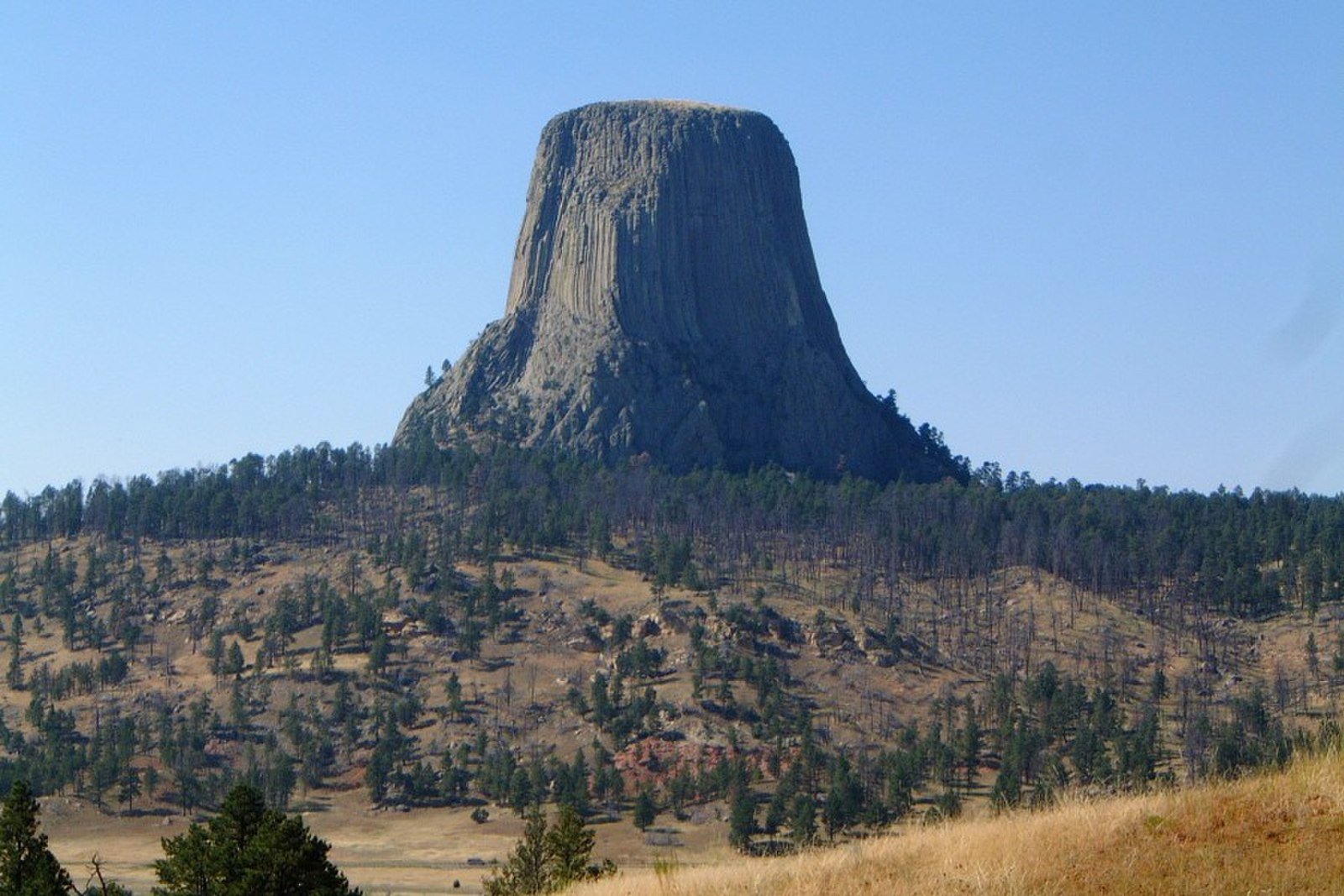 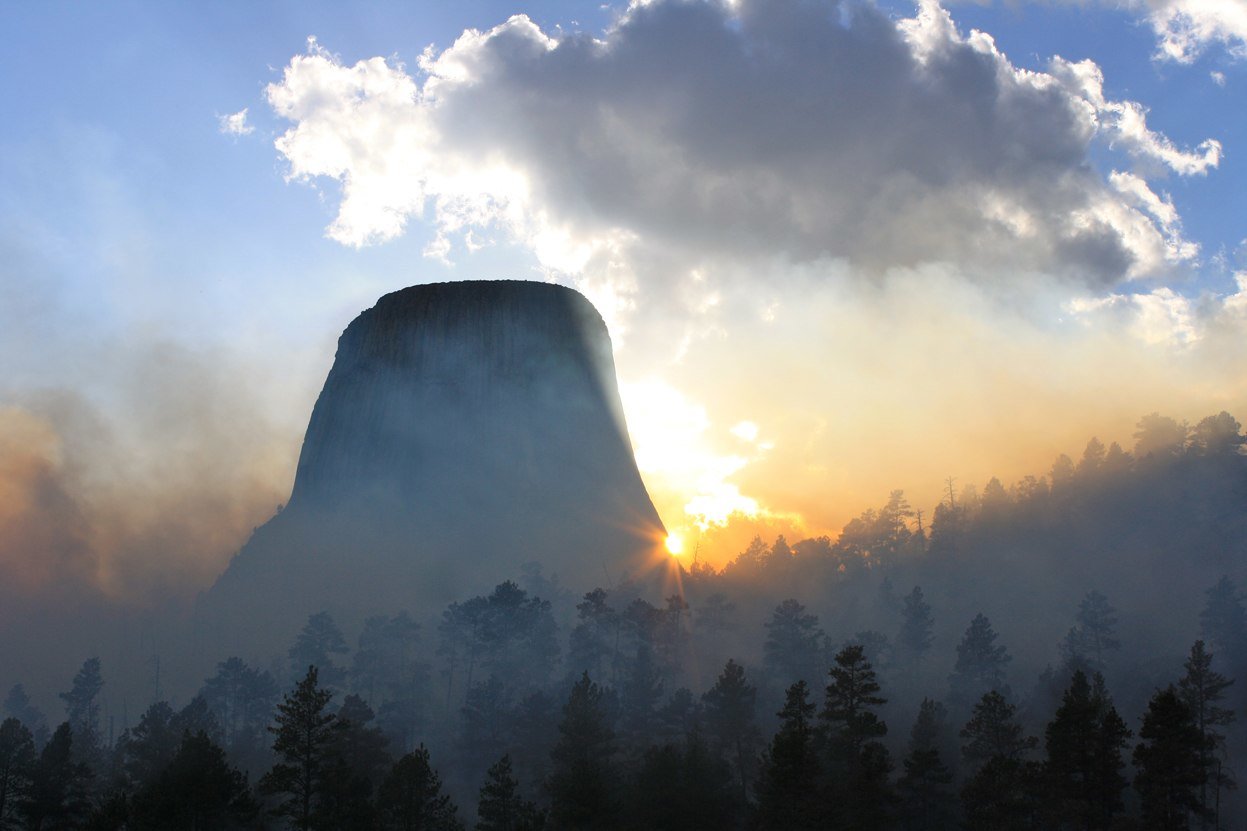 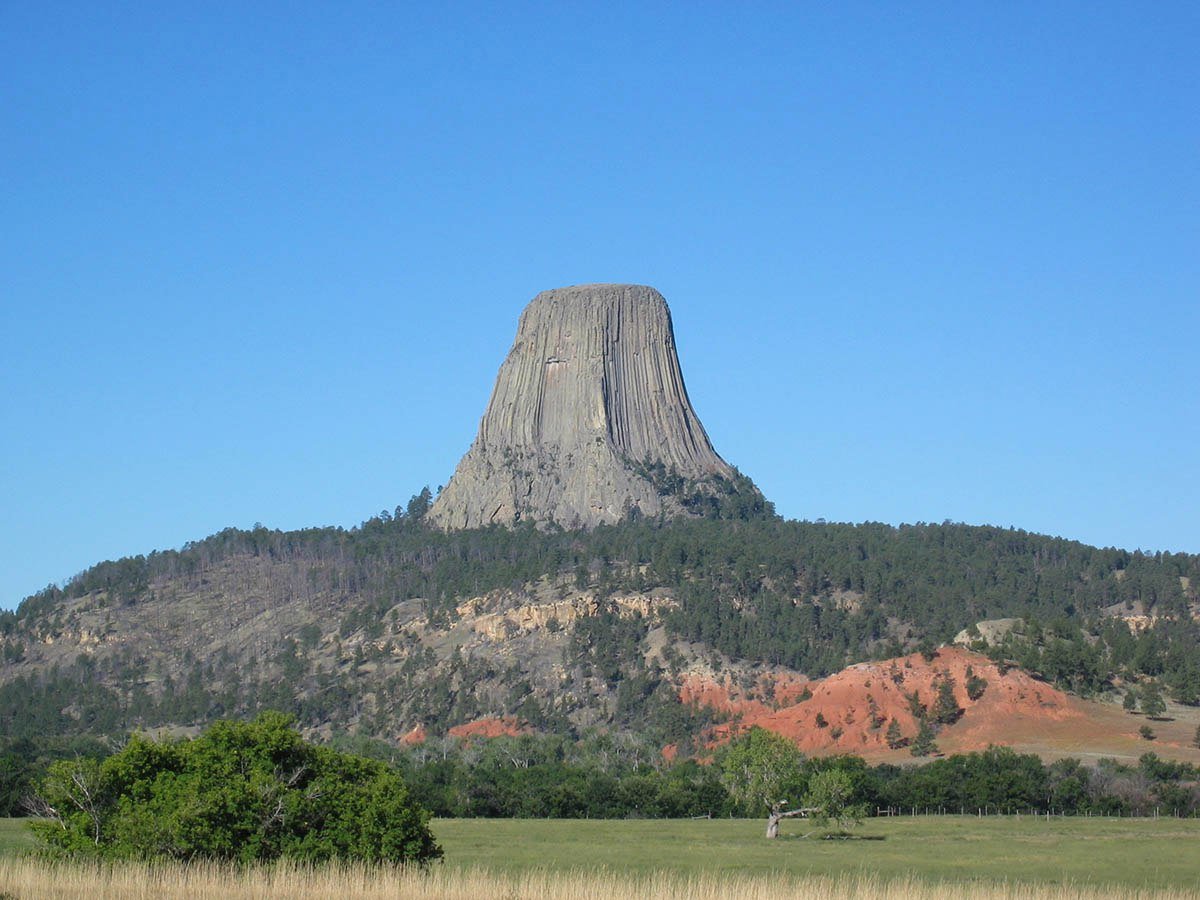