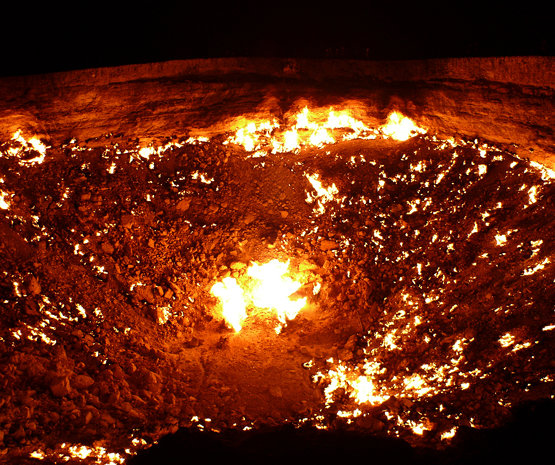 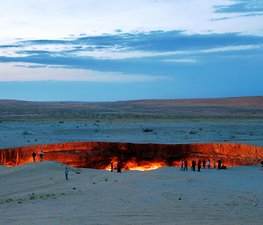 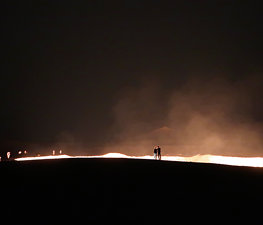 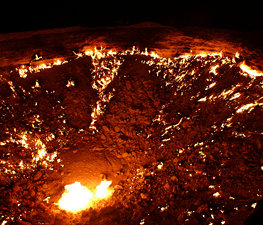 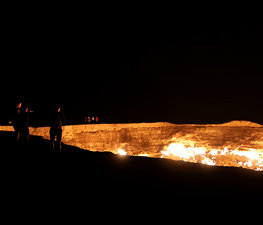 The Derweze area is rich in natural gas. While drilling in 1971, geologists tapped into a cavern filled with natural gas. The ground beneath the drilling rig collapsed, leaving a large hole with a diameter of about 70 metres (230 ft). To avoid poisonous gas discharge, it was decided to be burned off. Geologists had hoped the fire would use all the fuel in a matter of days, but the gas still burns almost 40 years later. Locals have dubbed the cavern "The Door to Hell".

Next to capturing the gas, flaring is safer and friendlier to the environment than releasing the methane into the atmosphere, as methane is a relatively potent greenhouse gas with a high global warming potential of 72 (averaged over 20 years) or 25 (averaged over 100 years).

Turkmenistan plans to increase its production of natural gas. In April 2010, the President of Turkmenistan Gurbanguly Berdimuhamedow visited the site and ordered that the hole should be closed, or other measures be taken to limit its influence on the development of other natural gas fields in the area. 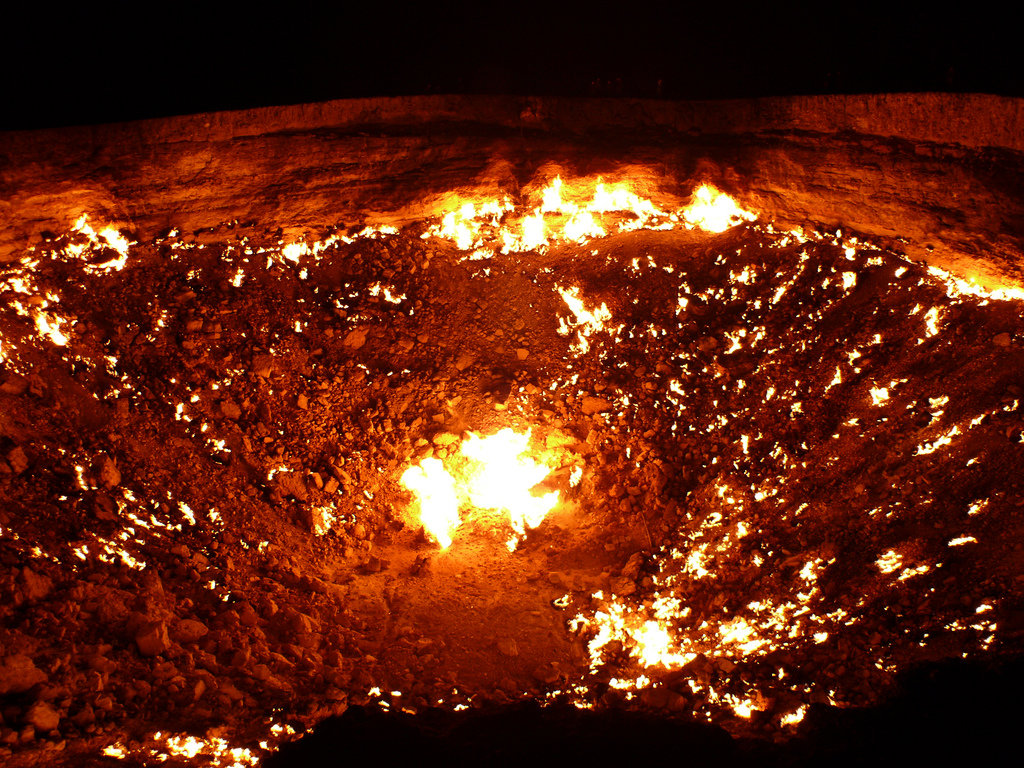 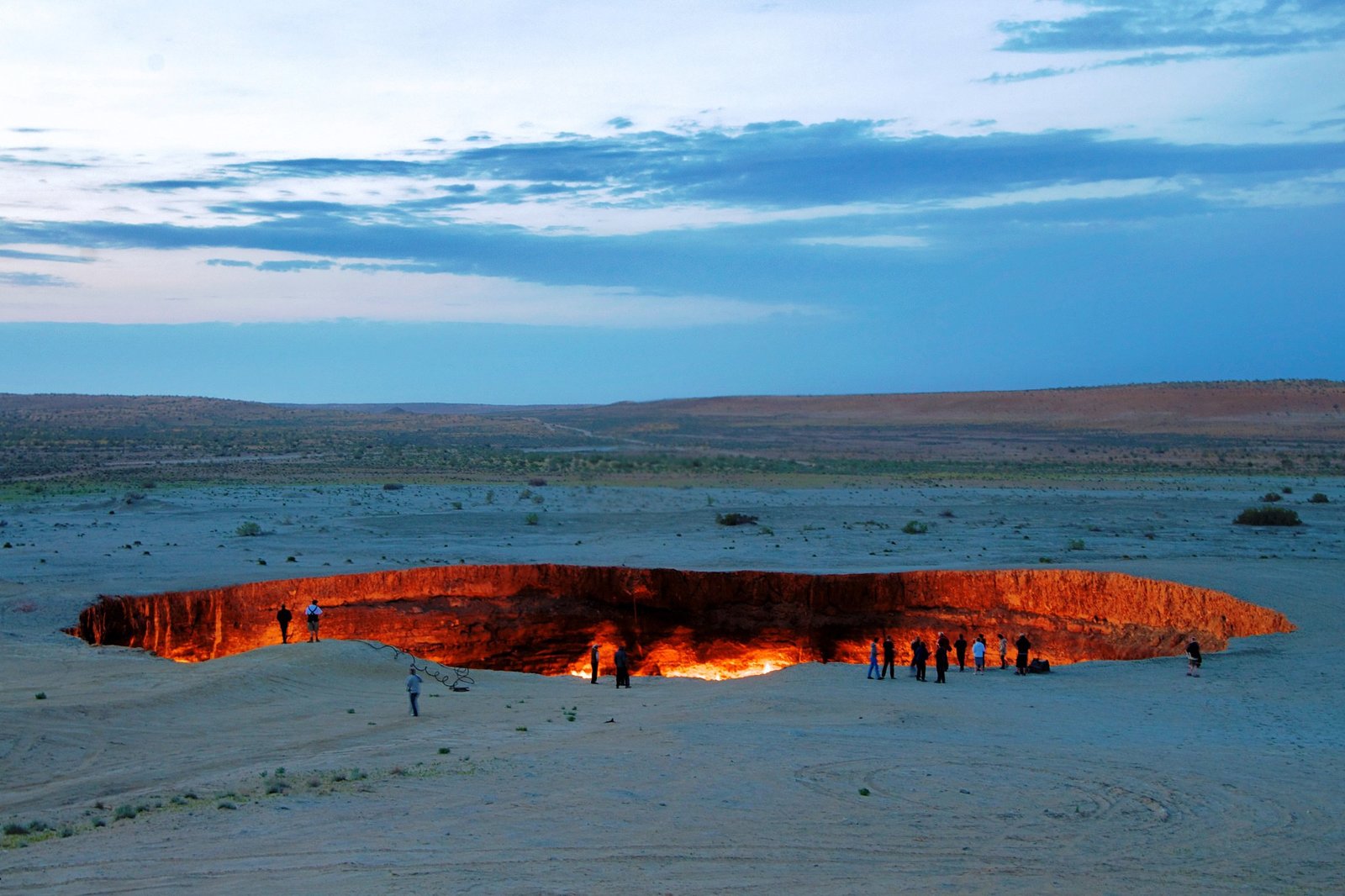 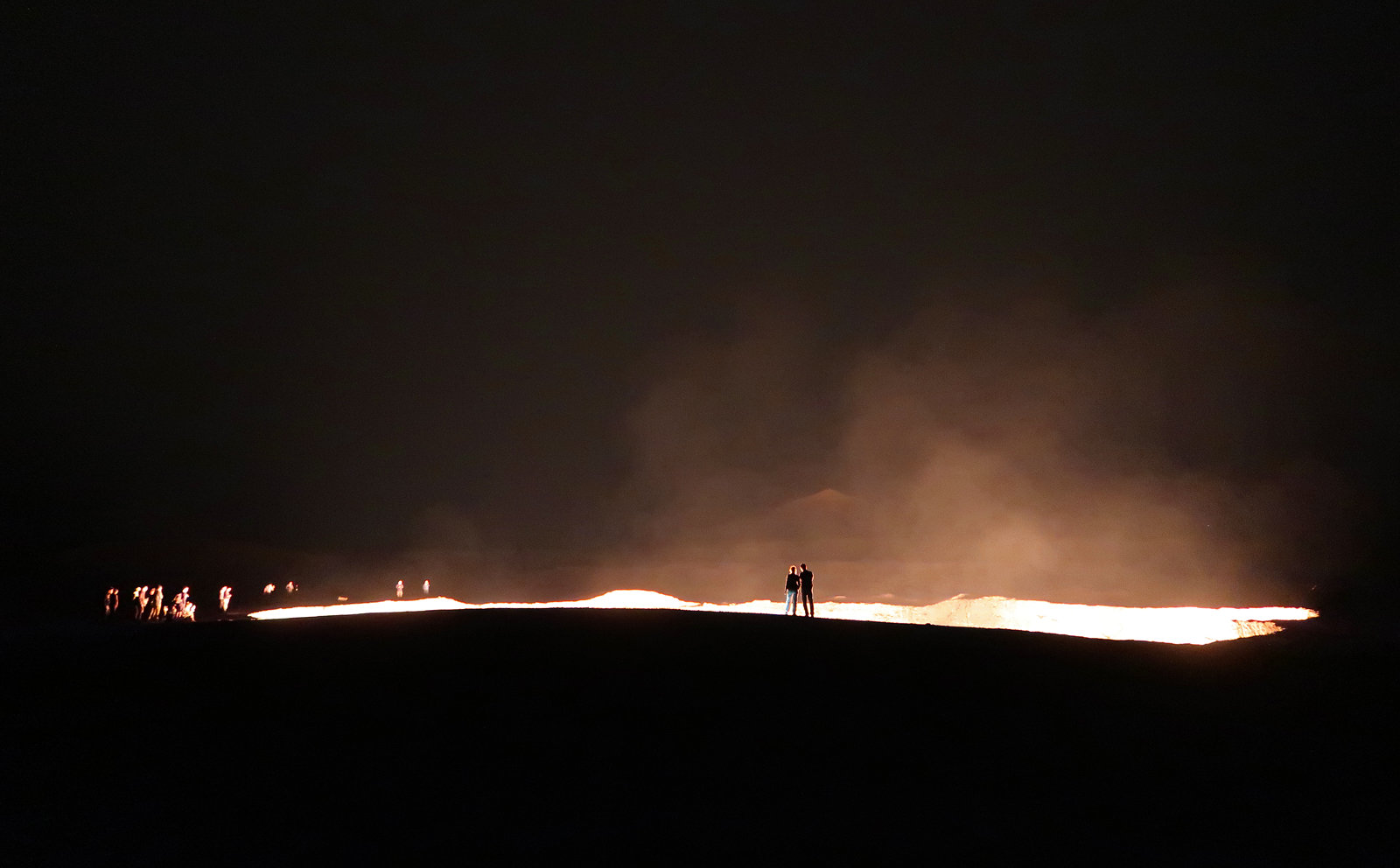 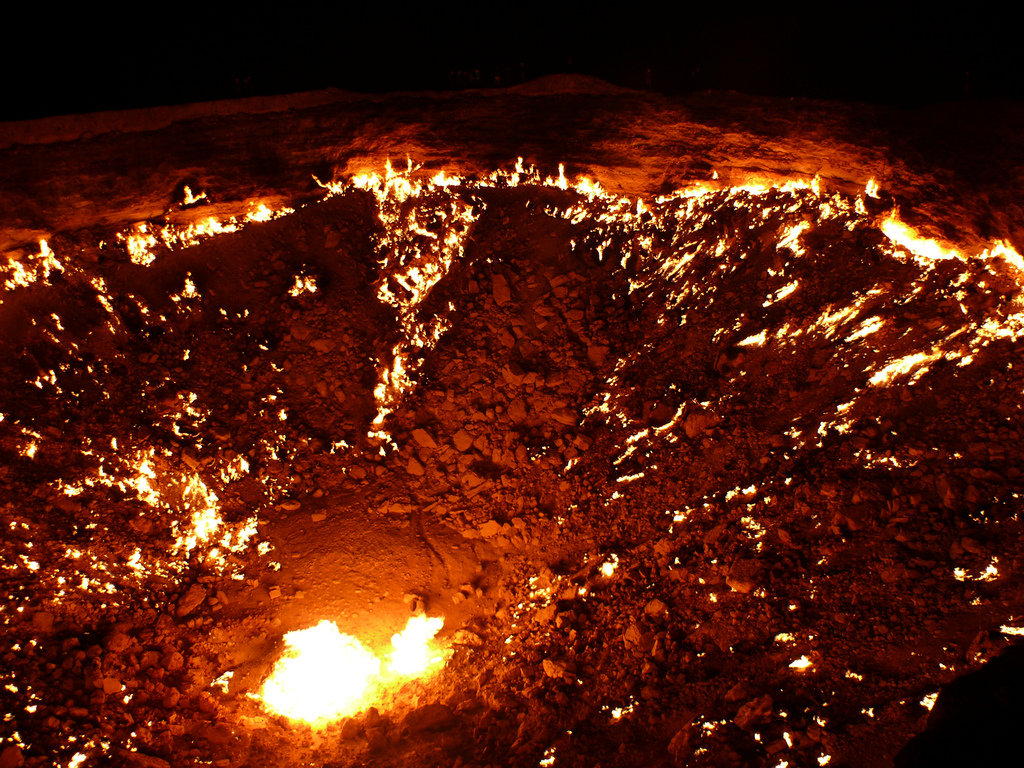 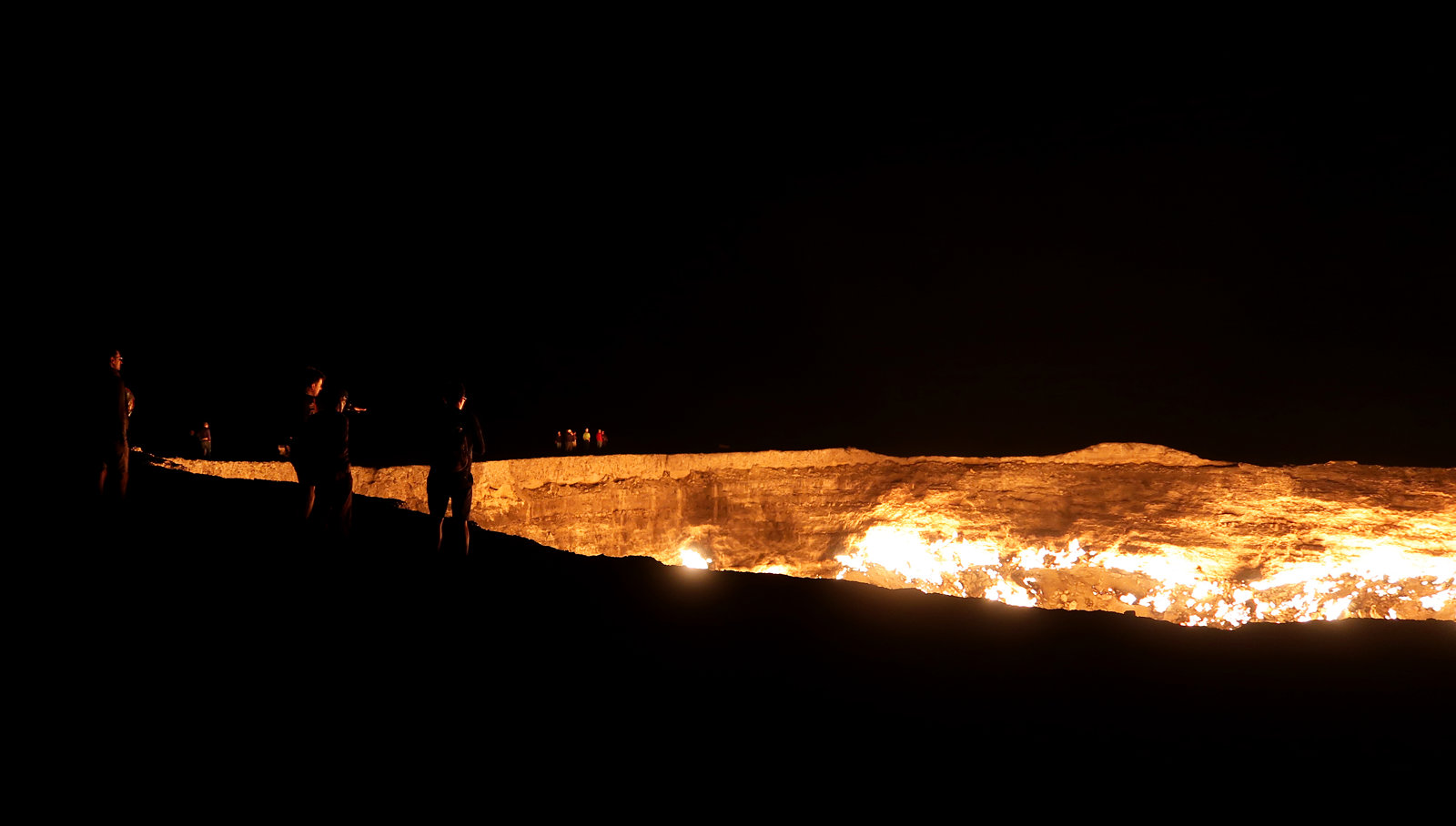 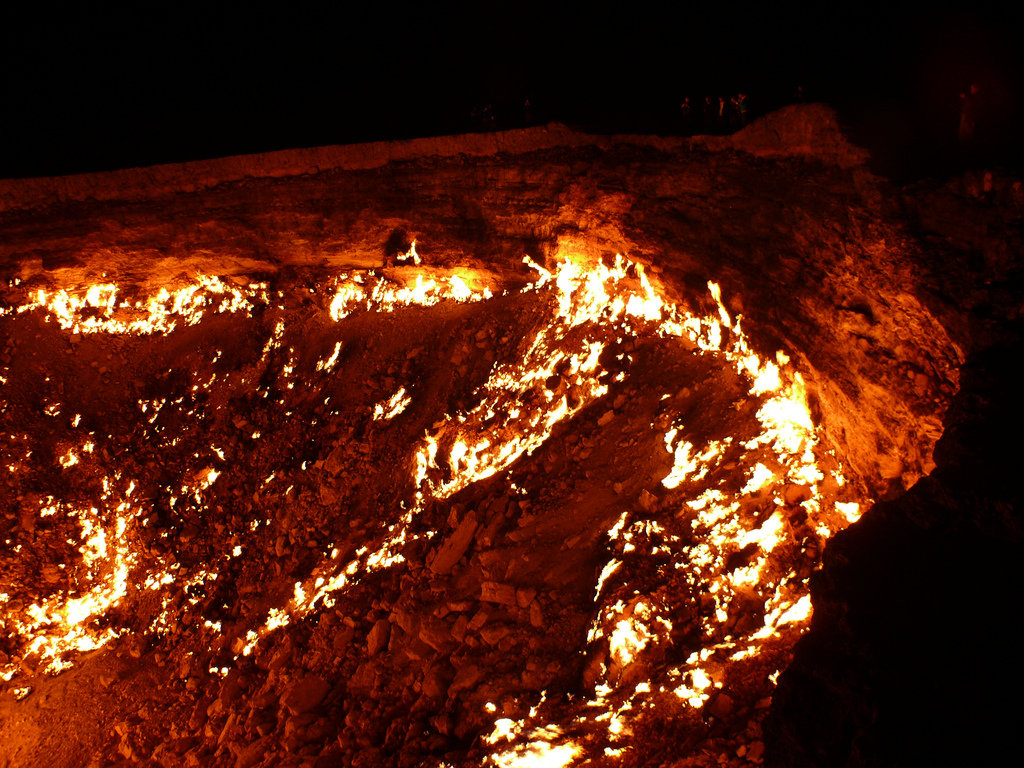 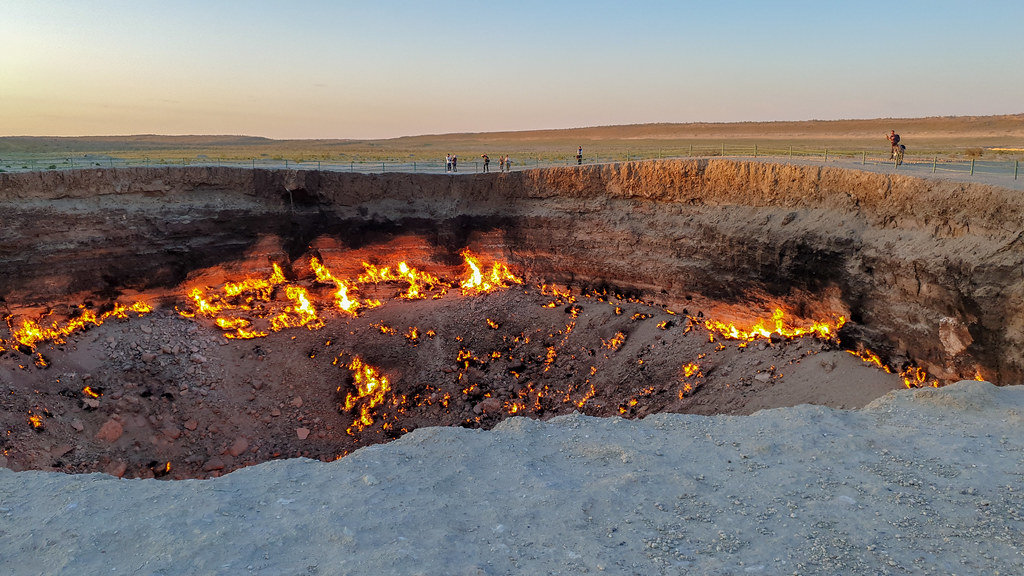 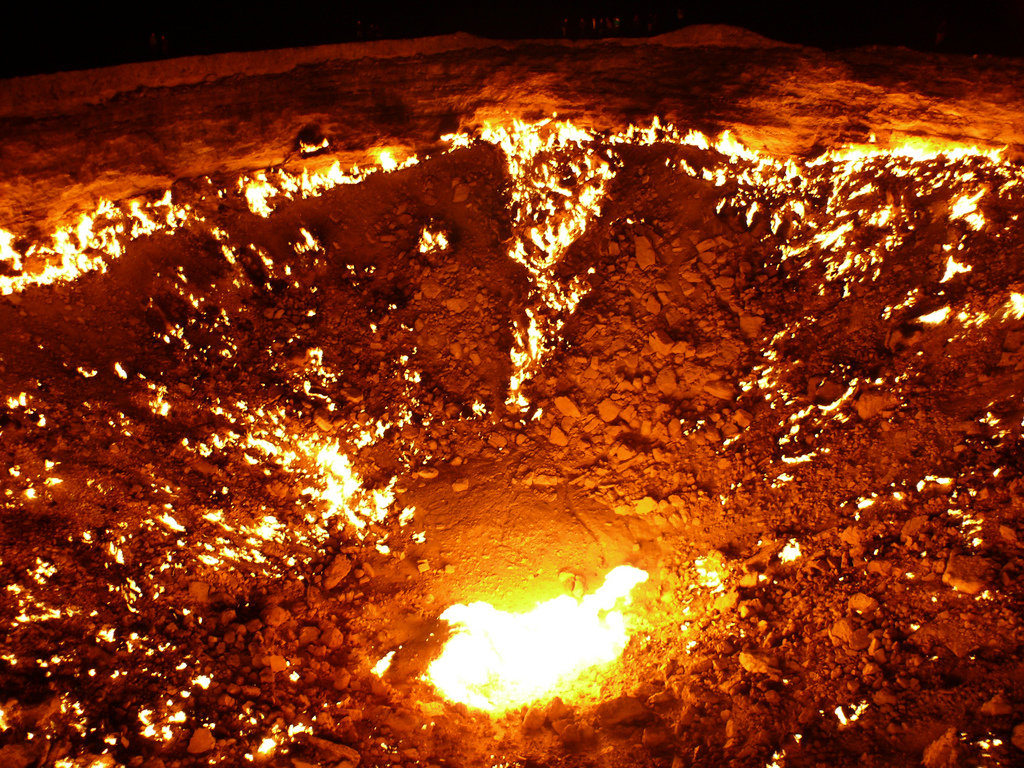 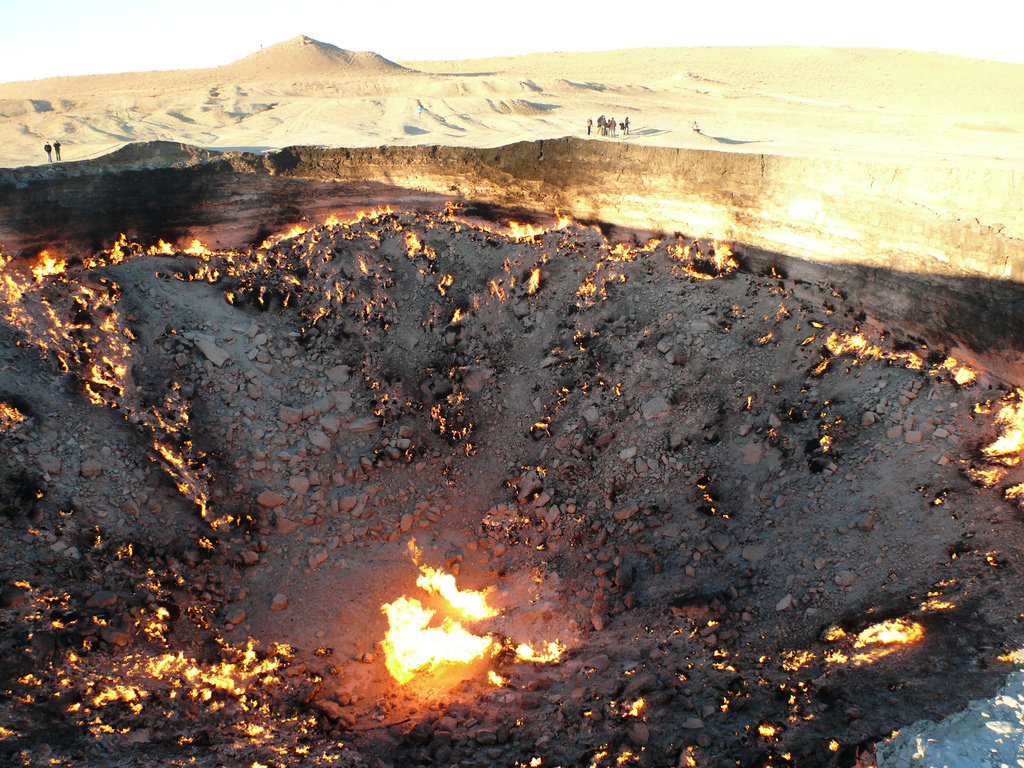 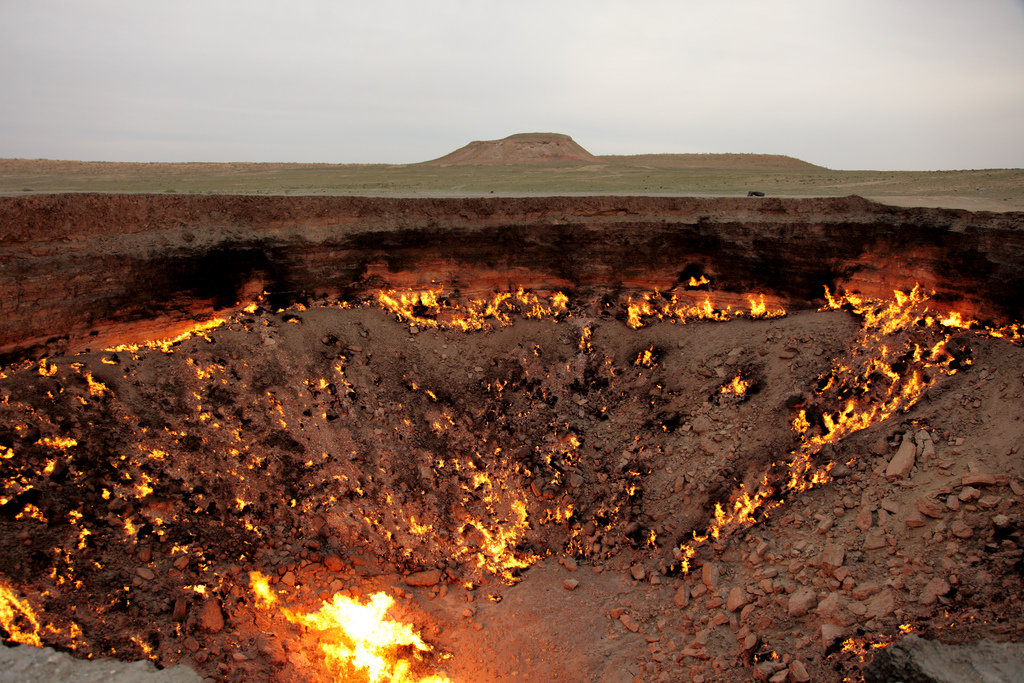 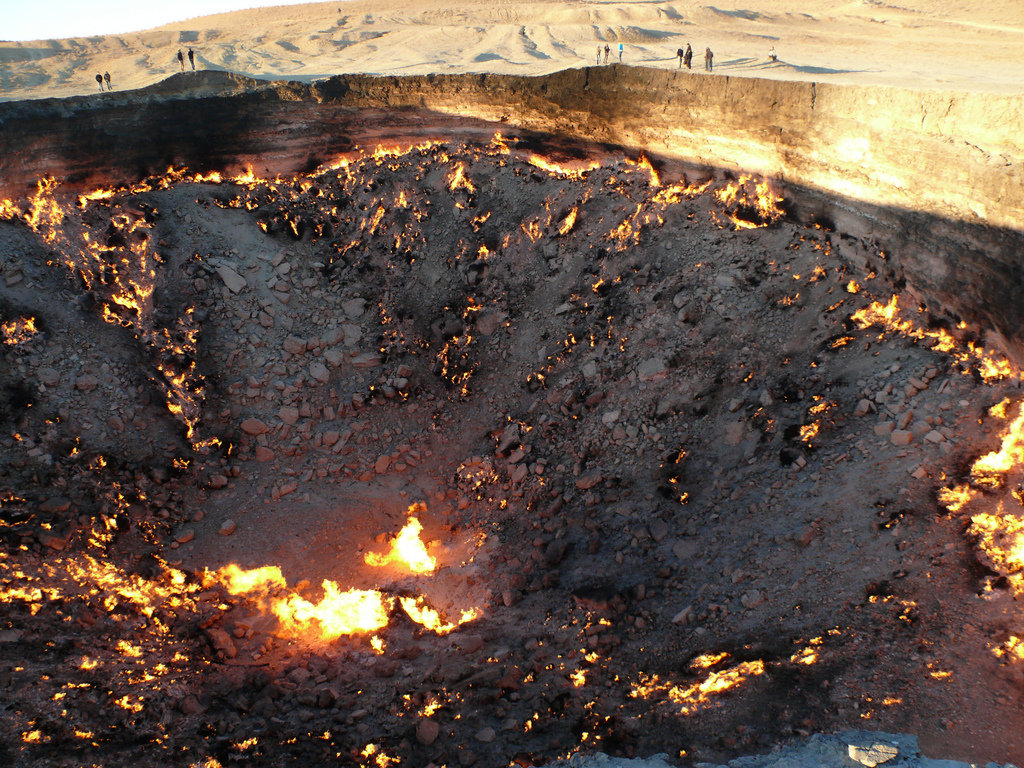 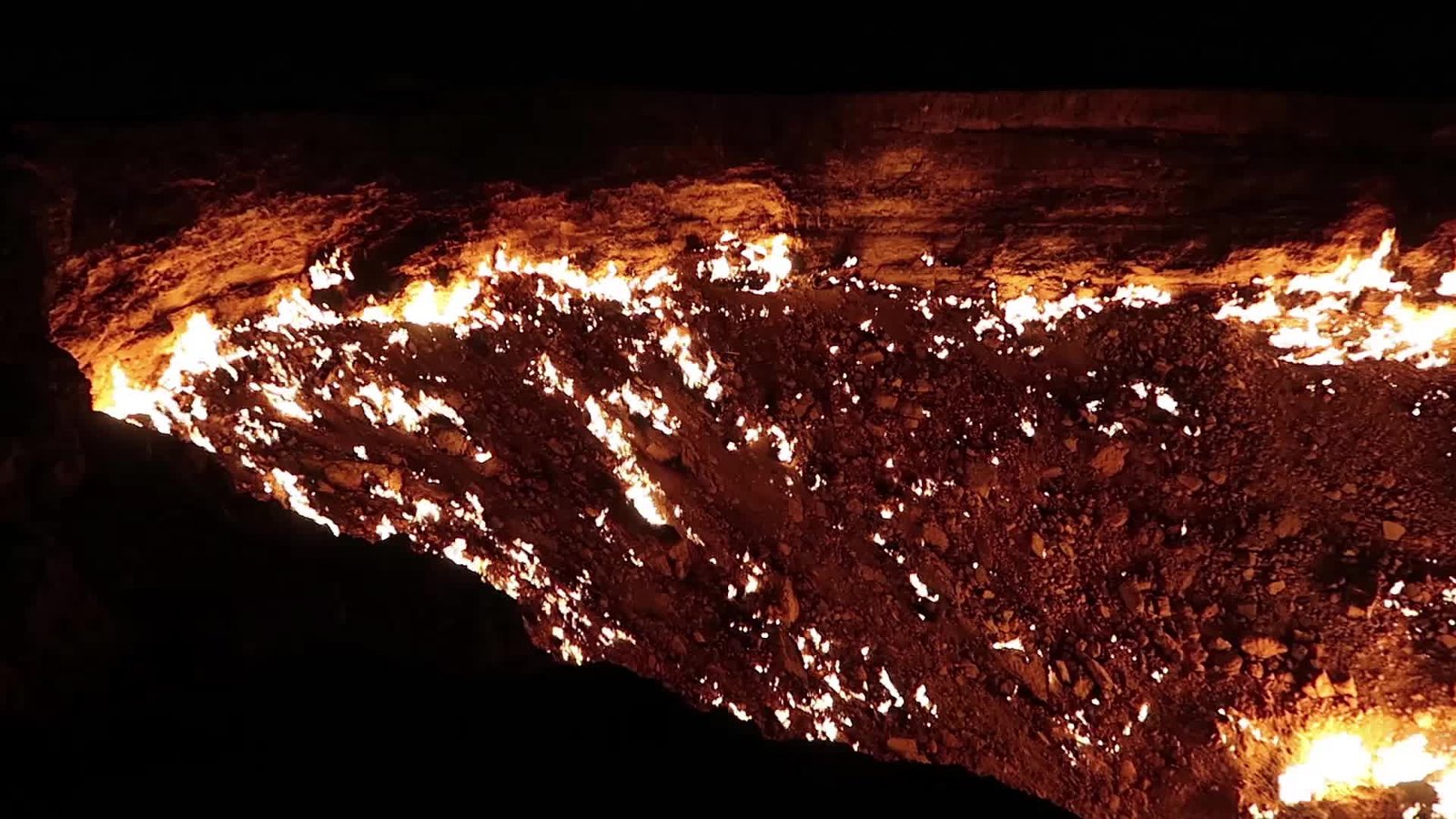 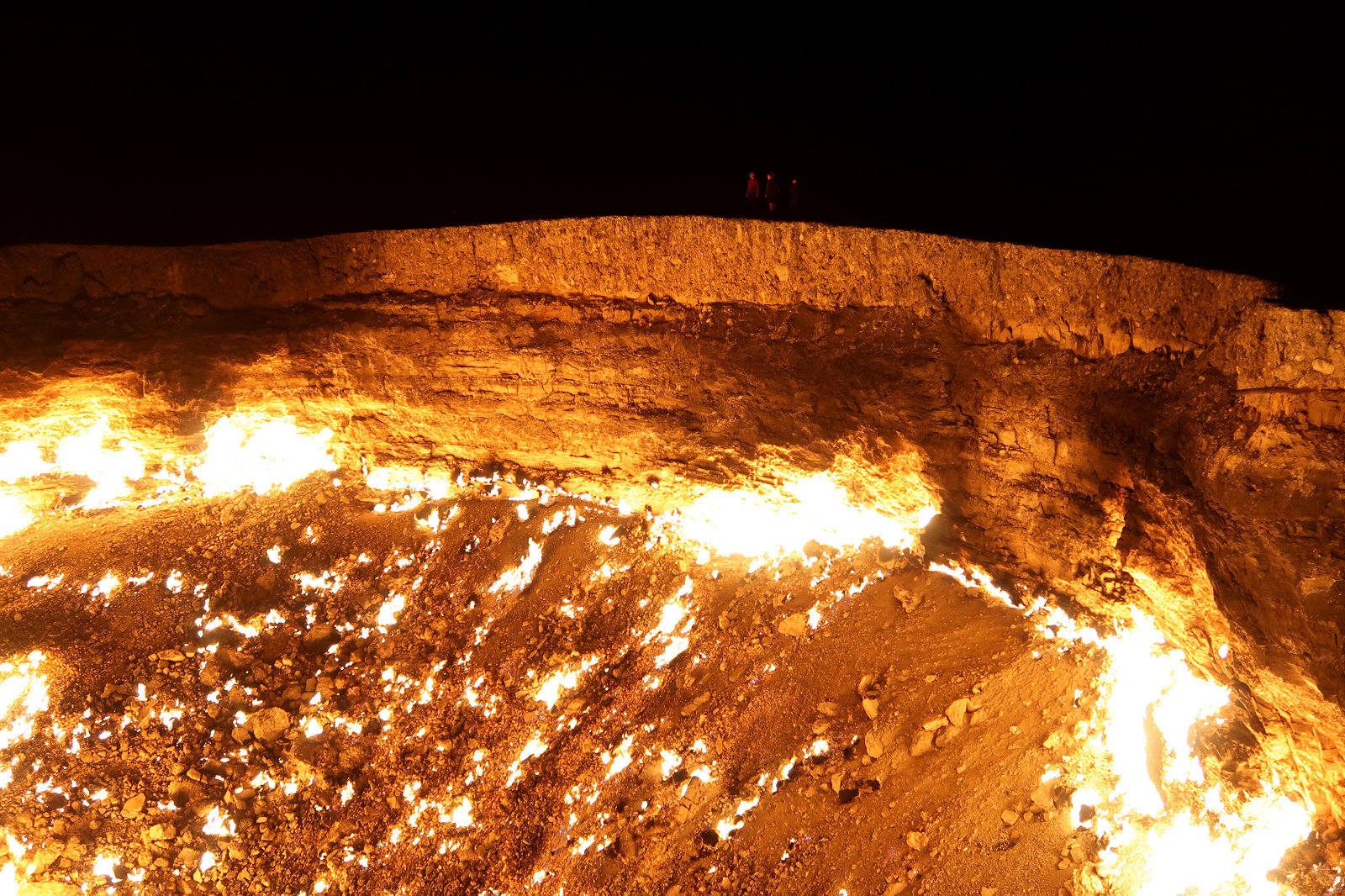 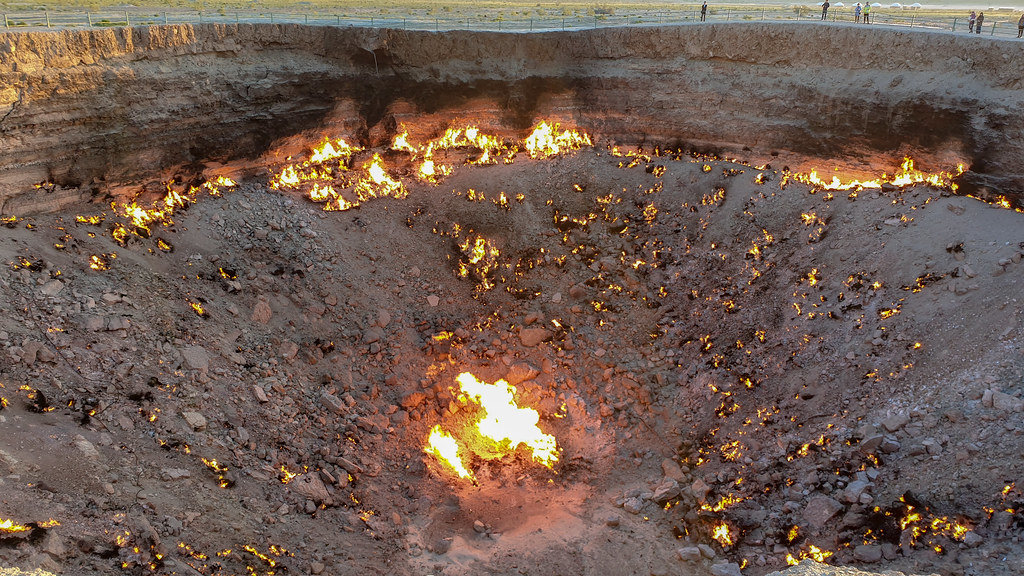 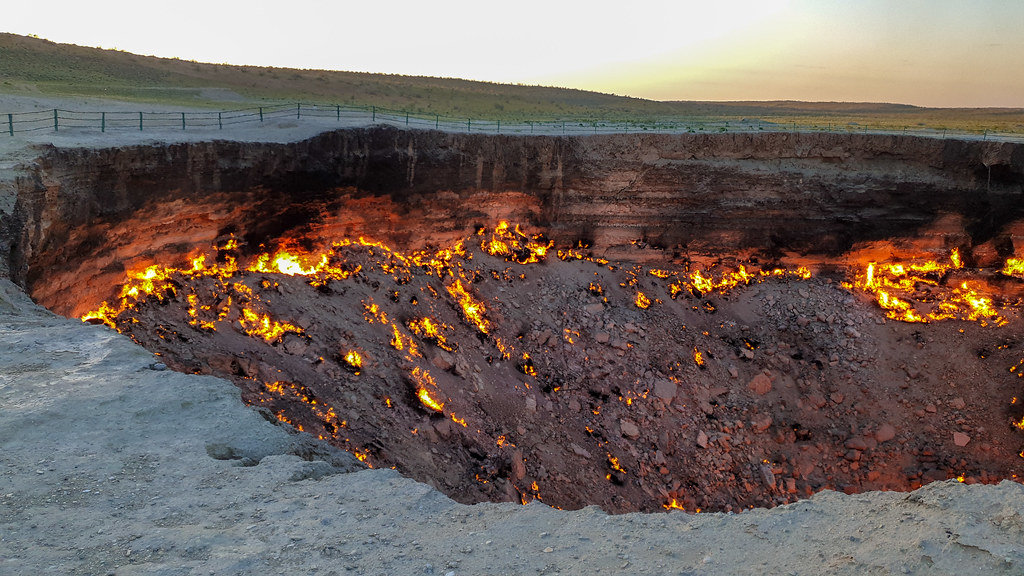 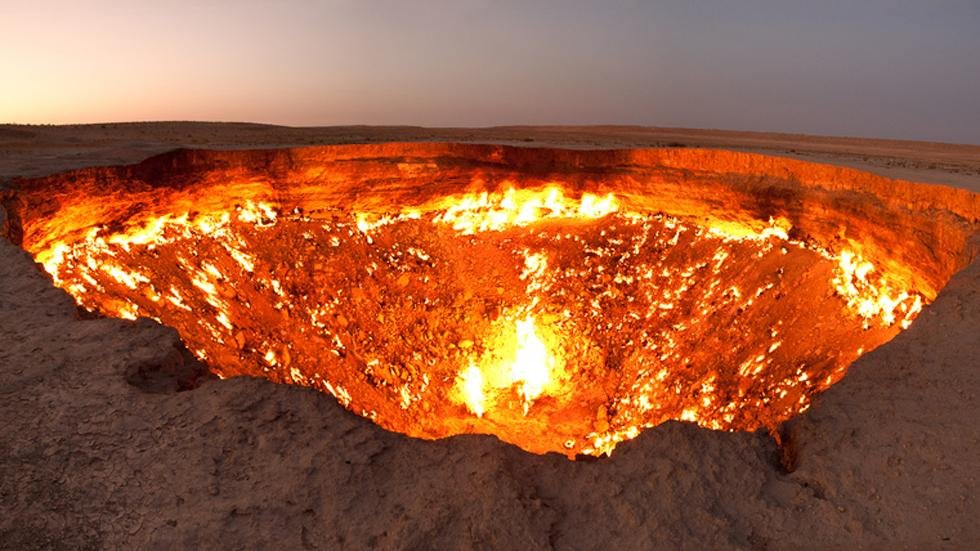 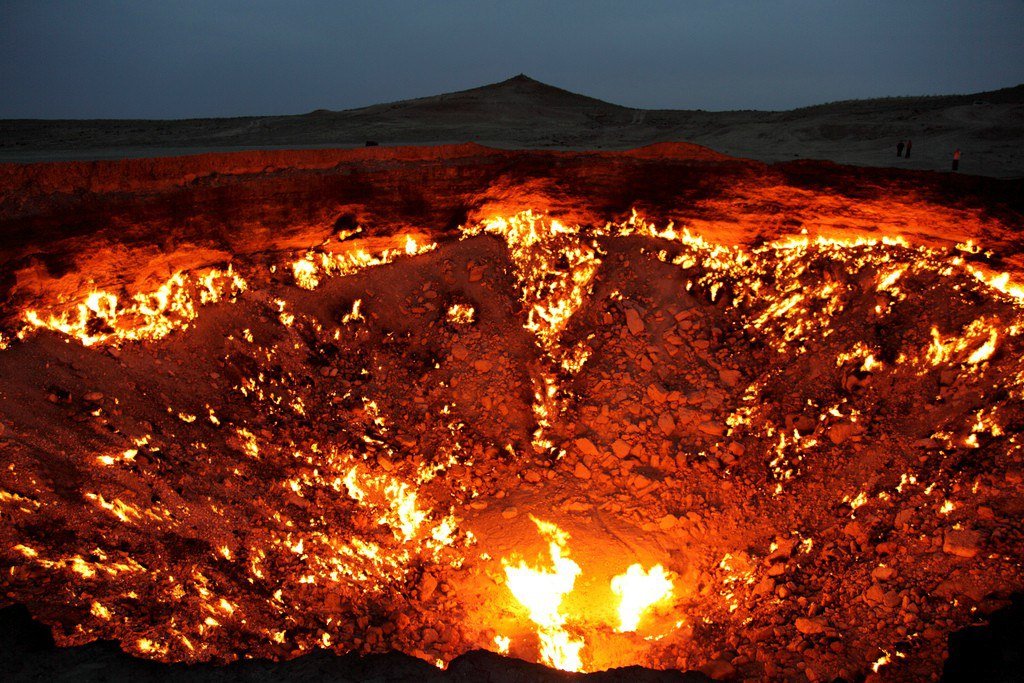 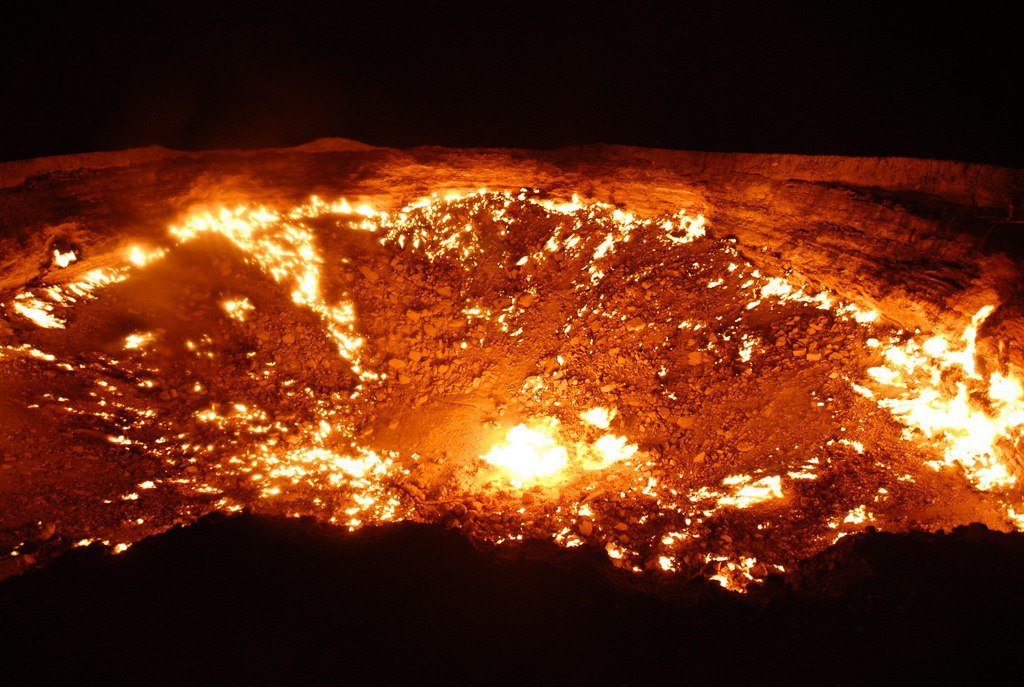 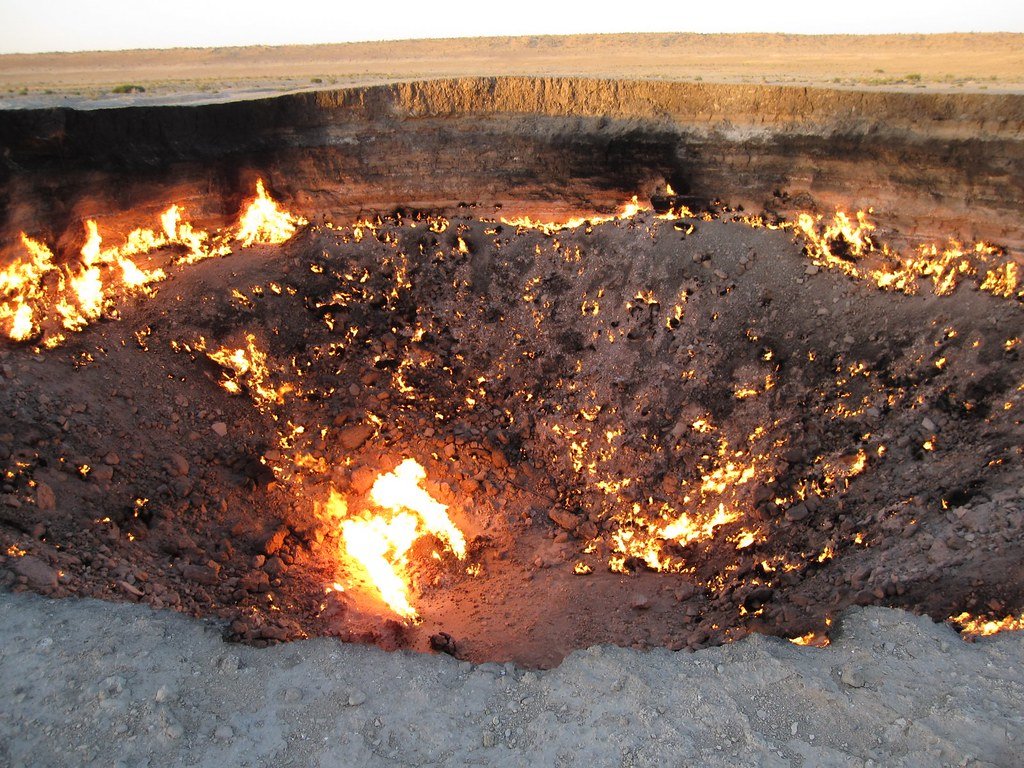 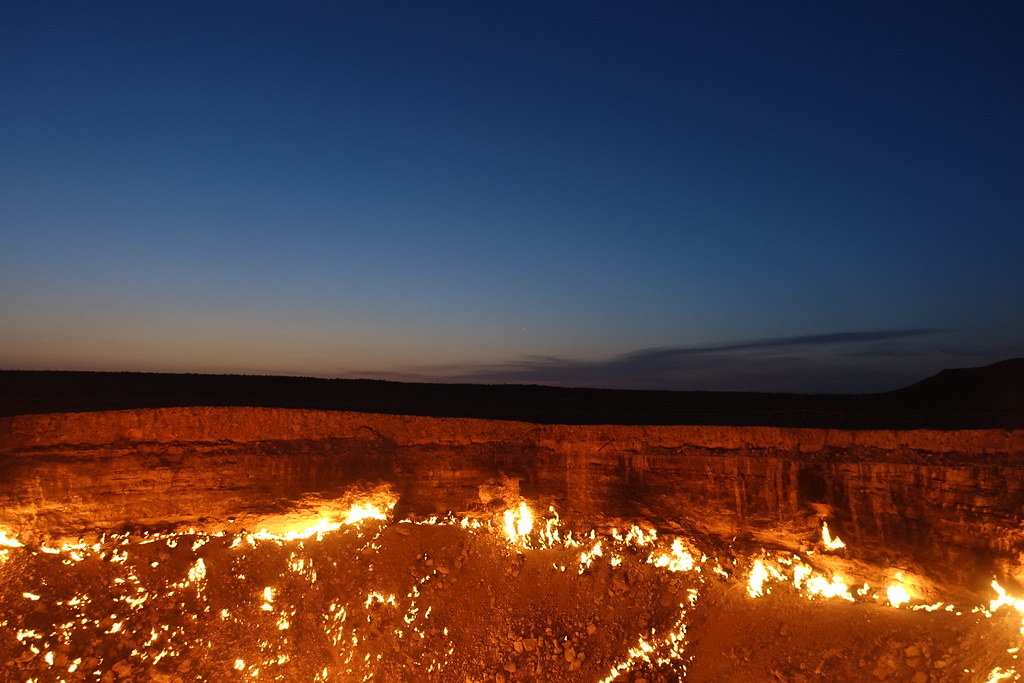 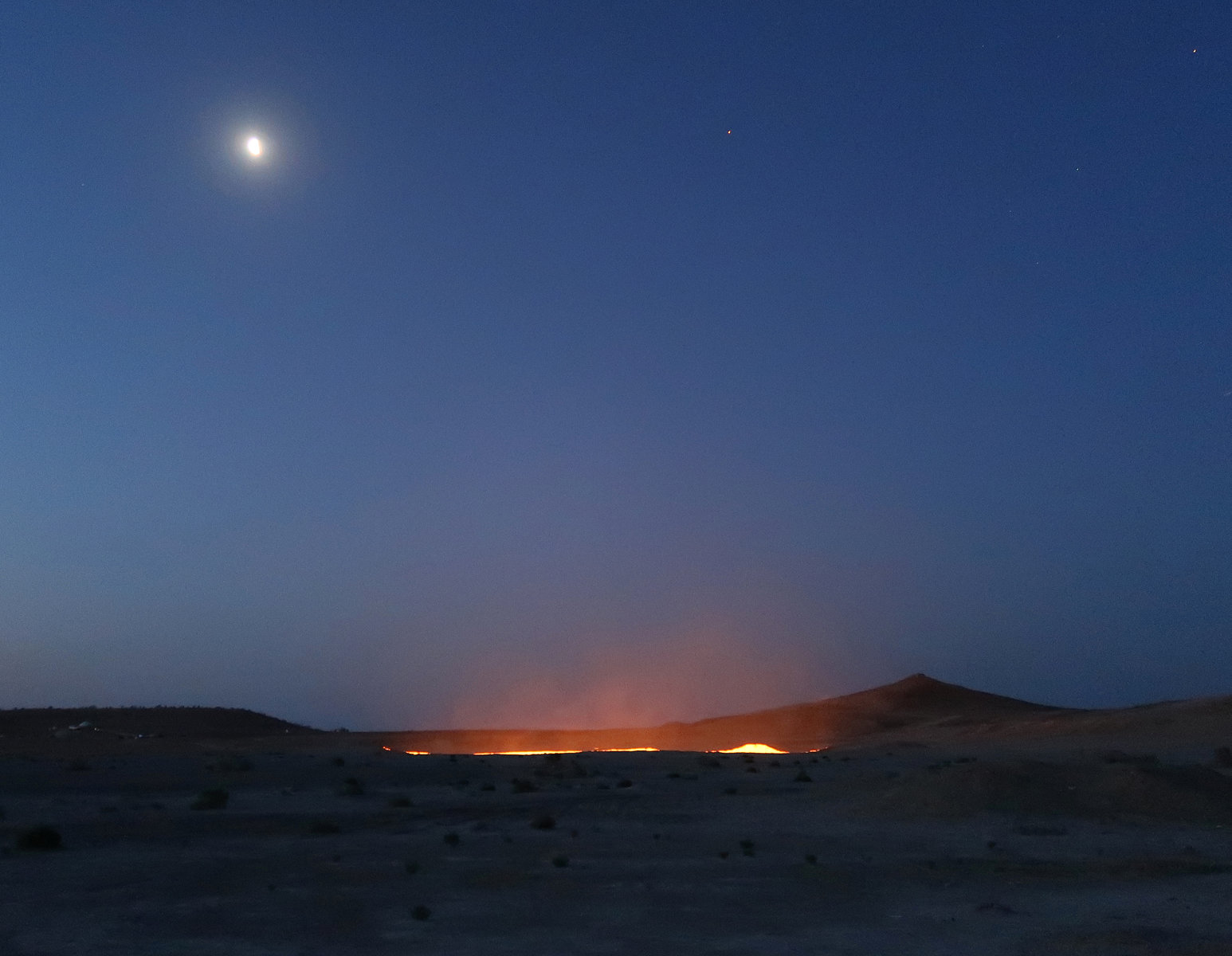