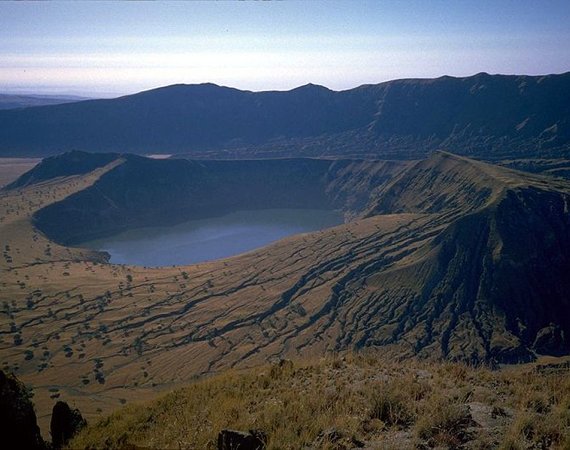 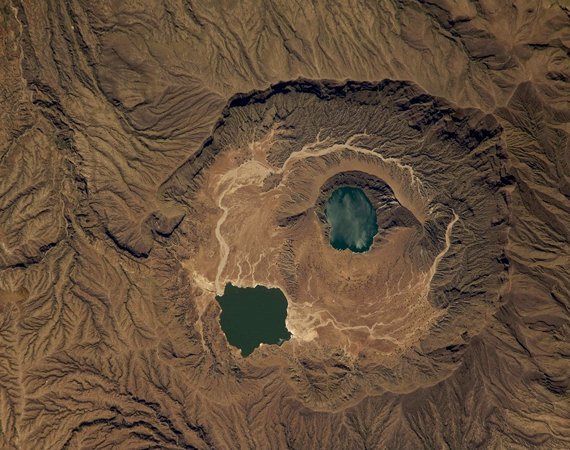 Deriba Crater is at the highest point of Jebel Marra at an elevation of 3,042 m (9,980 ft), in Darfur in the western part of Sudan. It is between 5 km and 8 km in diameter across the outer crater. The inner crater is filled by a crater lake.

The Marra Mountains are part of a large geologic feature known as the Darfur Dome. The dome appears to be the result of a mantle plume, which is a fixed “hotspot” in the Earth’s mantle (the layer of Earth below the crust). The mantle plume heated the crust from below, leading to uplift of the crust and providing a magma source for the extensive volcanism observed in the region. The 5-kilometer-wide Deriba Caldera was formed by explosive eruption of the Jebel Marra Volcano approximately 3,500 years ago. The volcano is considered dormant, rather than extinct, as hot springs and fumaroles (gas and steam vents) are still present.

The caldera has the classic circular shape: the depression formed as overlying rock and soil collapsed into the magma chamber after it was emptied by powerful eruptions. Following the formation of the main outer crater, a second inner crater (image center) formed, most likely due to later uplift and eruption of fresh magma moving towards the surface. This inner crater is filled with water.

Tips & Hints
Arrange By:
Popular first New first
There are no tips nor hints for Deriba Caldera yet. Maybe be you will be the first one to post useful information for fellow travellers? :)
1.0/10
I've been here
Add to wishlist 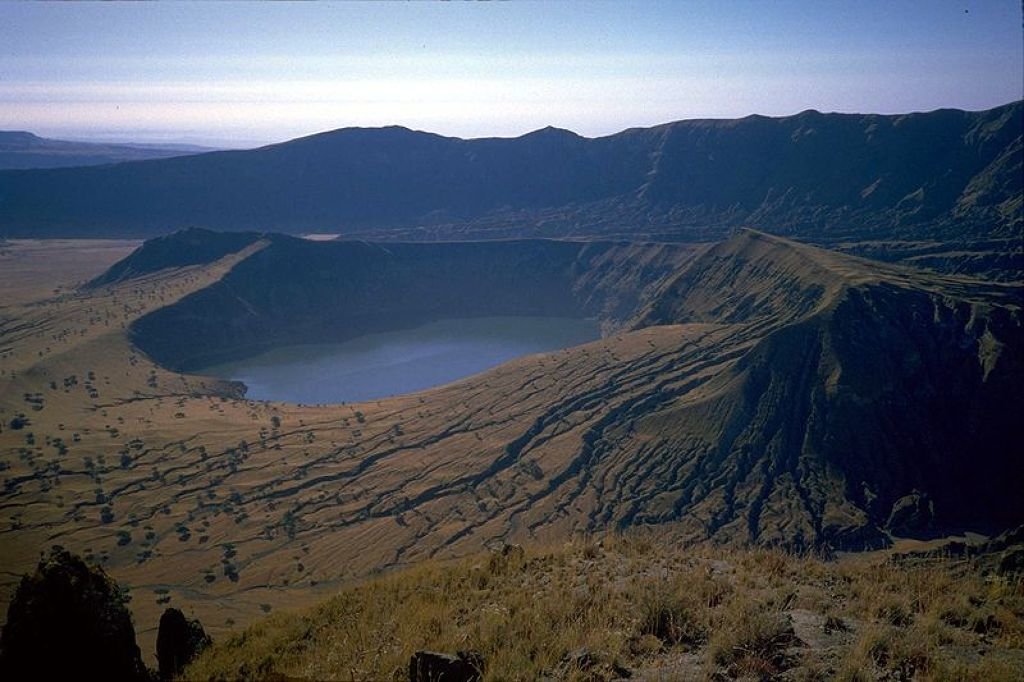 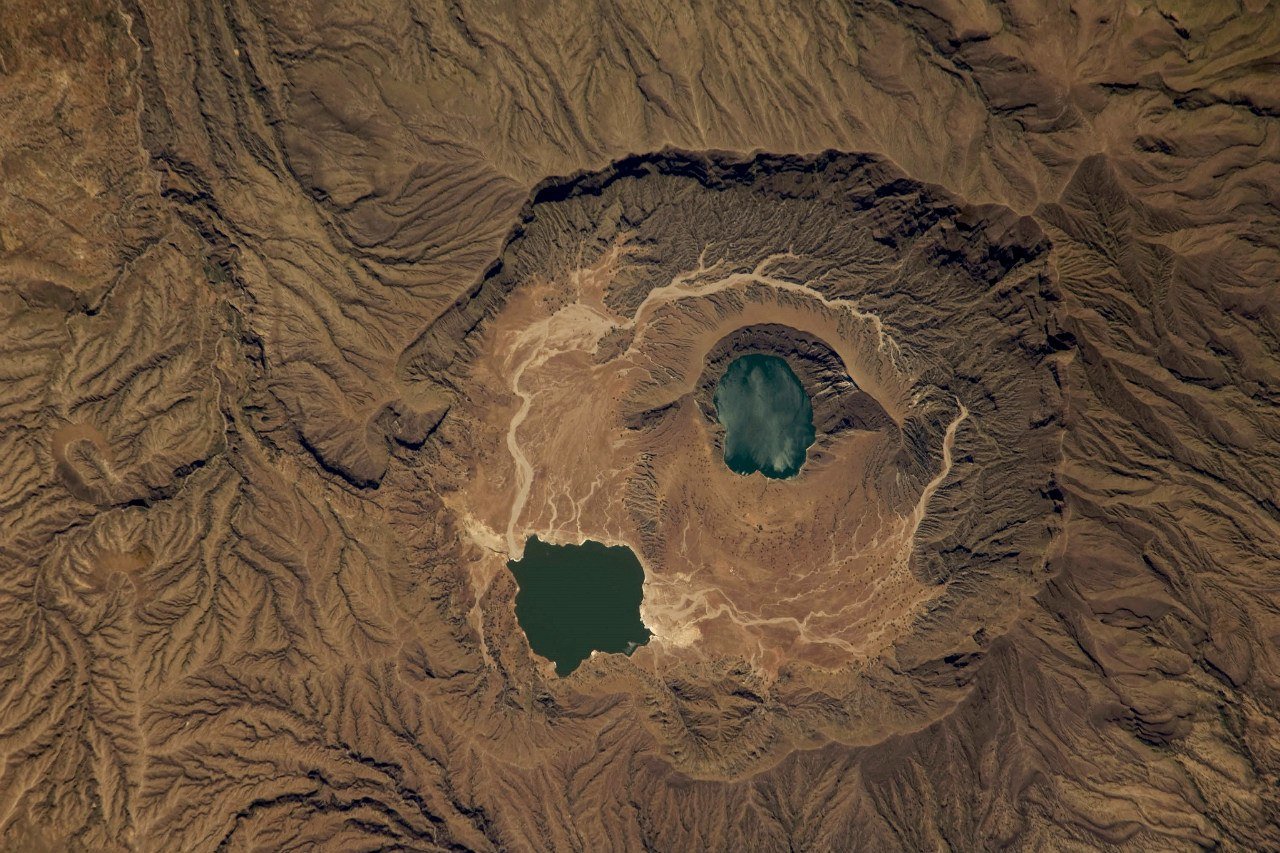